Innovative formats for the Bay Area 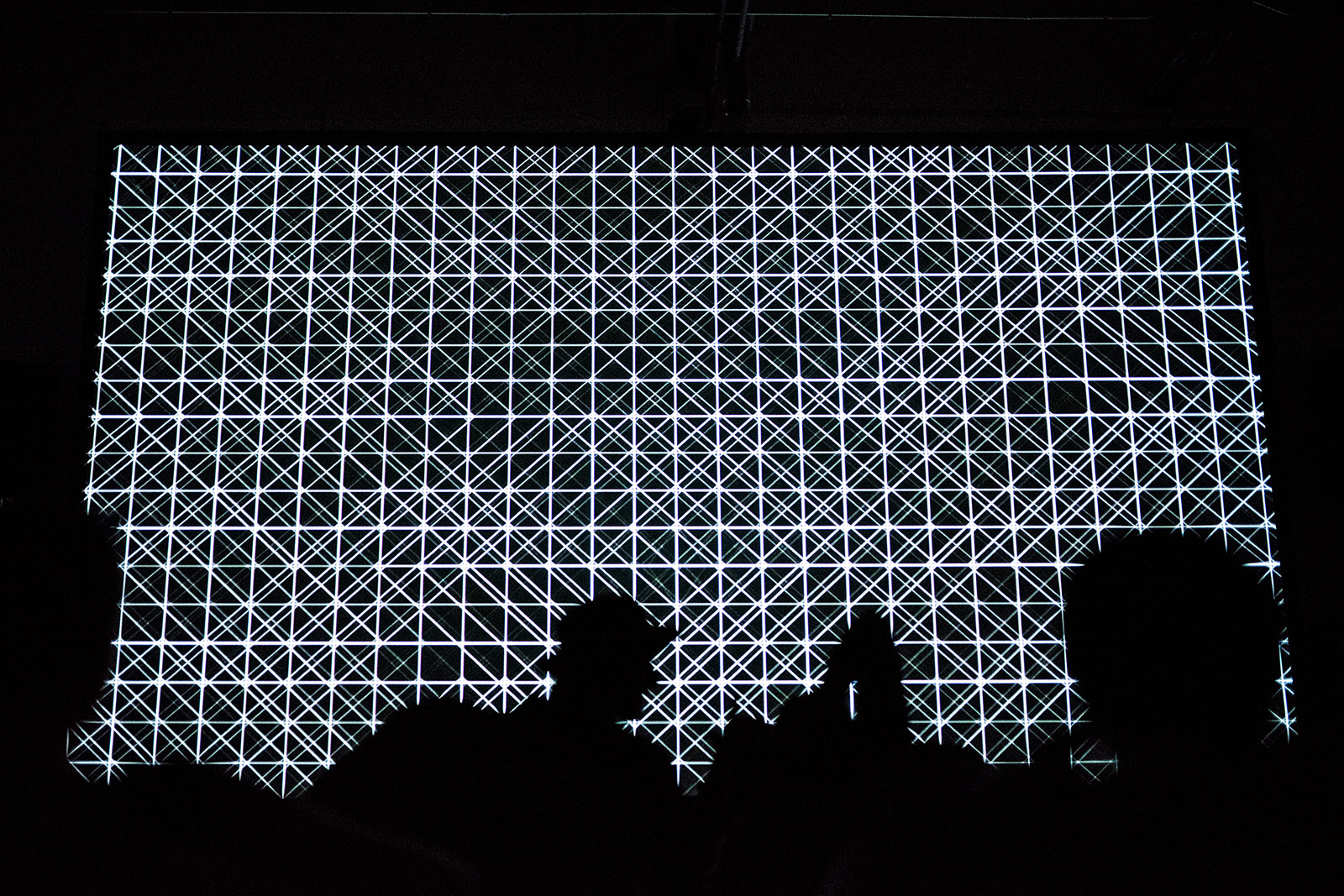 Music and audiovisual art lovers, festivalgoers, and arty geeks rejoice: after a successful first year, Mutek San Francisco celebrates its second edition from May 2 to 5. Divided into three main tracks – A/Visions, Nocturne, and Experience – but expanding beyond them by including proposals like DigiLab and Culinary, the Montreal-born festival expects to settle in the Bay Area, for which it presents a well-curated line-up and four worldwide premieres – all from artists based in San Francisco.
Starting with full dome presentations at the California Academy of Sciences on Thursday, the festival presents the shows Sphere, by Robert Koch, and Indivisible, by collective Susy.technology, and continues with ambient and DJ sets by Echo Beach, Joyfultalk, Solpara and Michael Claus. On Friday, the A/Visions 2 program includes METAL 41 interviewee and Warp Records pianist Kelly Moran (who’s debuting her immersive performance in the West Coast), a piece by Italian art studio Fuse* that mixes “aerial performance and technological prowess for a unique, visually striking experience”, and a performance by Dopplereffekt. Other A/Visions artists you shouldn’t miss are Freeka Tet and his work UV 101, or the collaboration between Steve Hauschildt and Martin Tzonev.

On the late-night program, Nocturne, sounds and performances get obviously darker. On Friday, you can’t miss Gaika, who’s debuting his A/V set in North America; the worldwide premiere of Chelley Sherman and Bleie, who present a show bringing together elements of alchemy and metaphysics representing micro to macrocosmic transformations; Kode9 in collaboration with Japanese visual artist Koji Marimoto presenting Diggin in the Carts; or the always mysterious Amnesia Scanner, German innovator Byetone, Arpanet, or Smerz.

On Sunday, Mutek San Francisco closes its second edition with a twelve-hour program showcasing the rich variety within the digital art, music and technologic fields. Including dance floors, art installations, and even a culinary guest chef, be sure to make it to see The Hacker, who’ll present the A/V show Amato, Marc Schroeder, Ecco Screen, Cyrnai, Oliver Ratsi, Tayhana, Legowelt, or Jens Vetter, among others.
Mutek San Francisco will take place from May 2 to 5 in different locations across the city. To check the full program, visit the festival’s website. 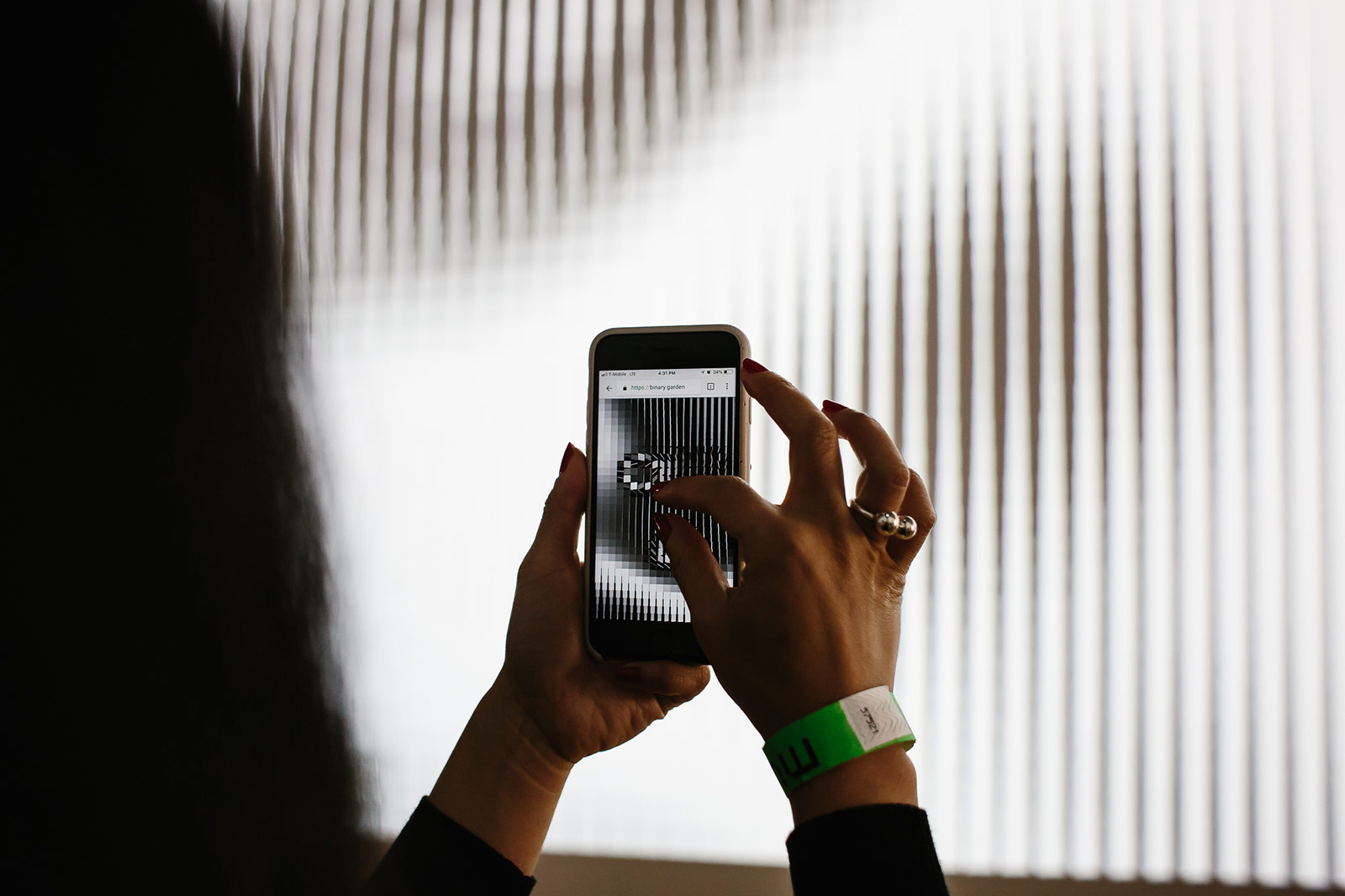 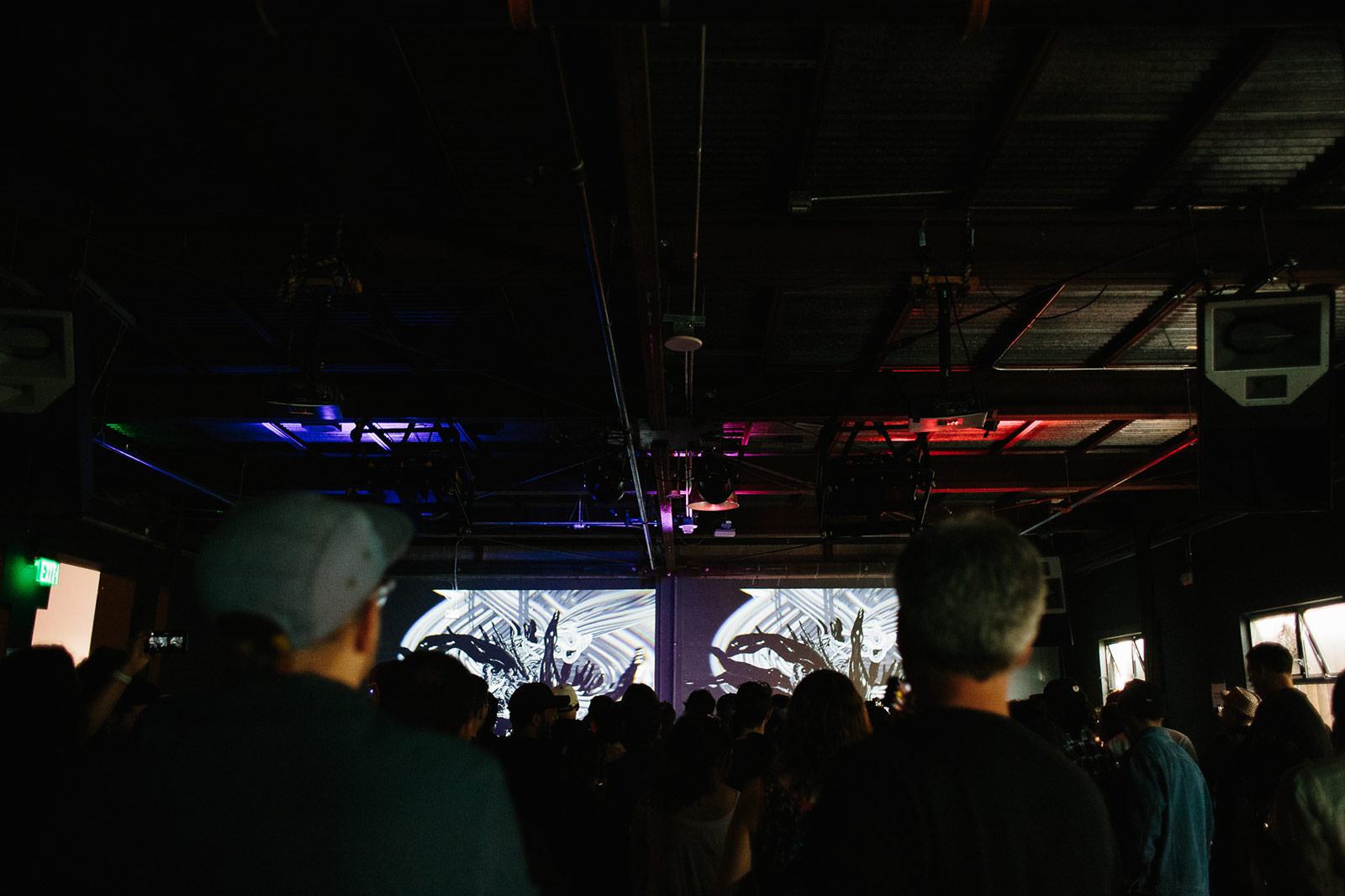 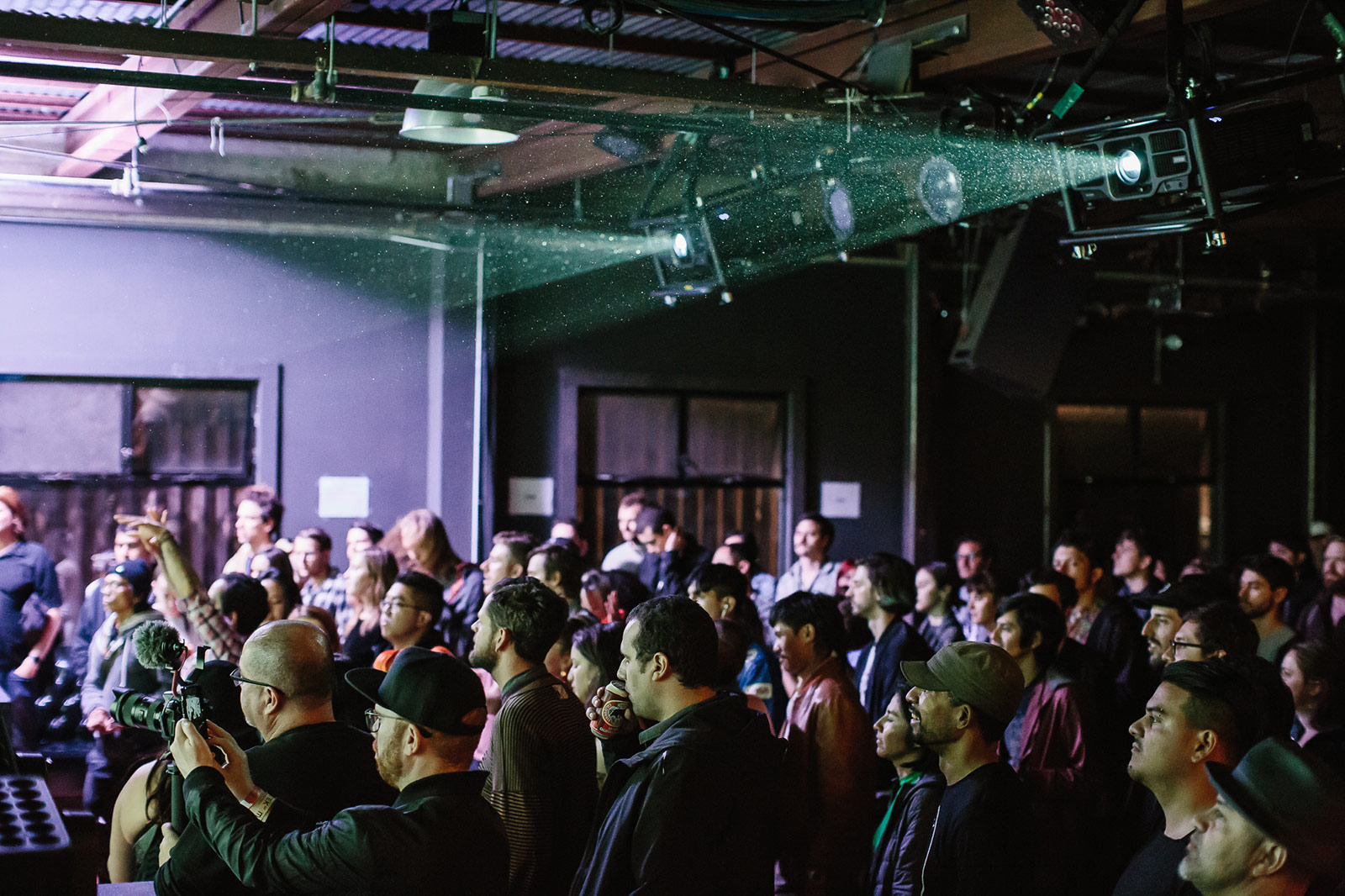 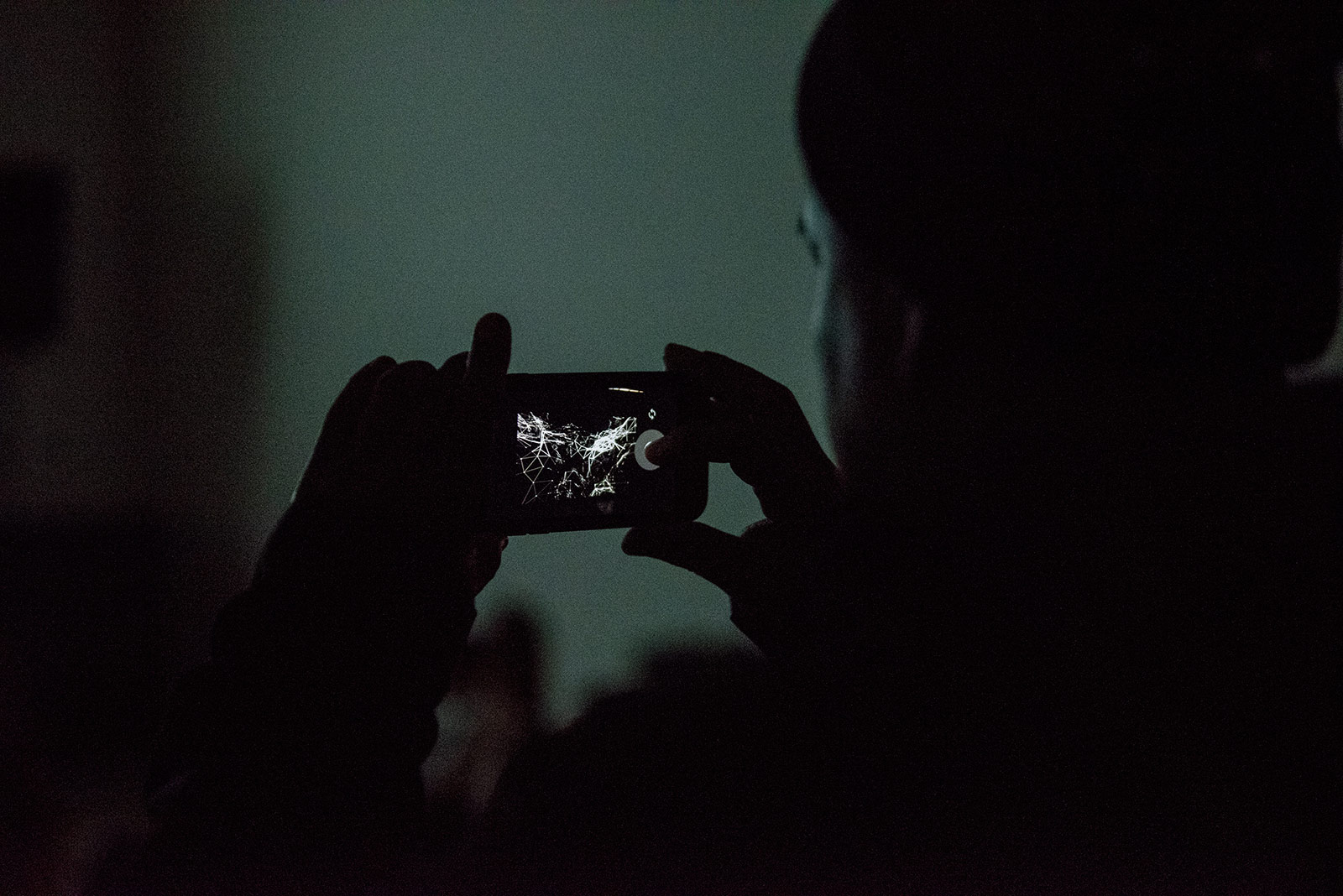 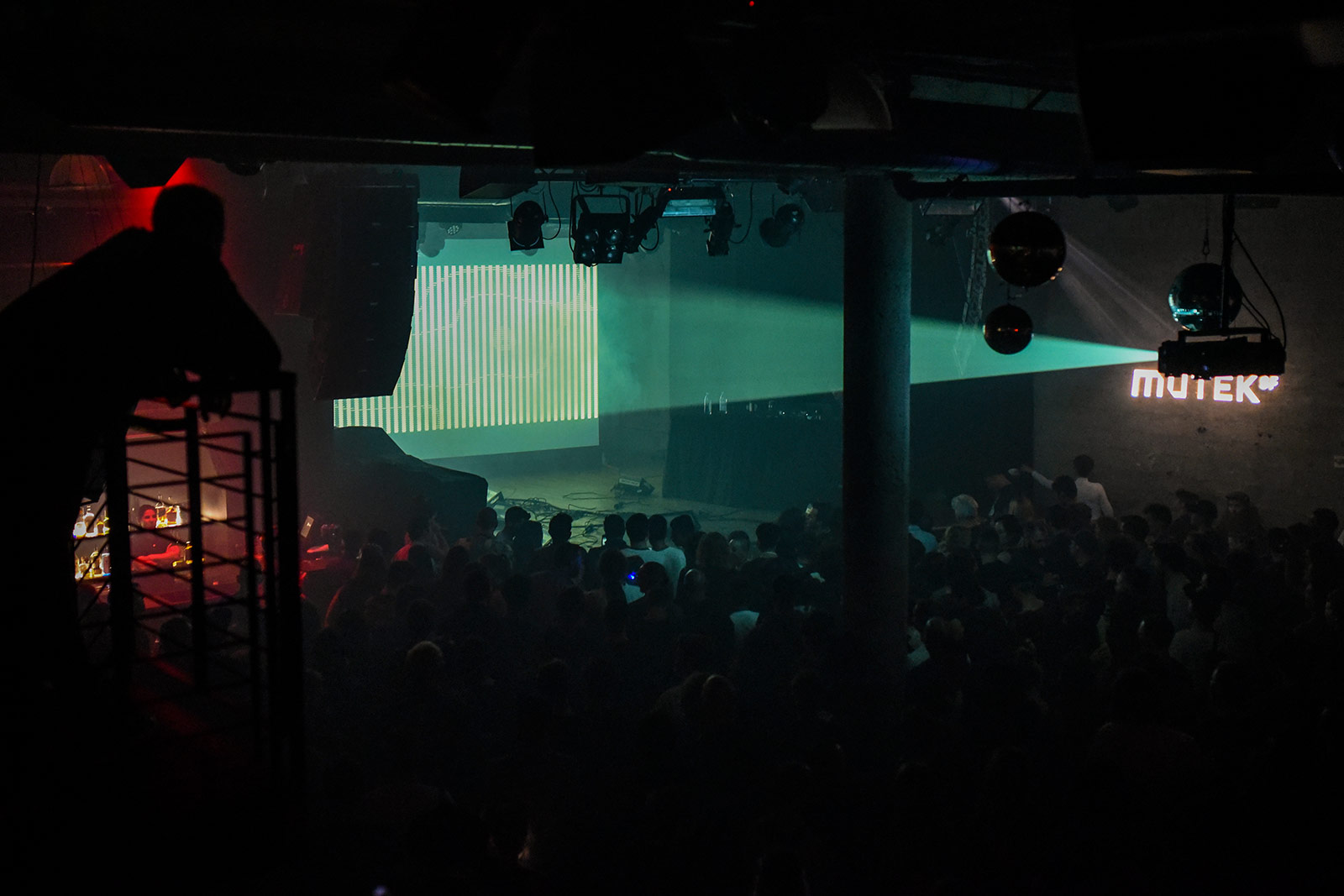