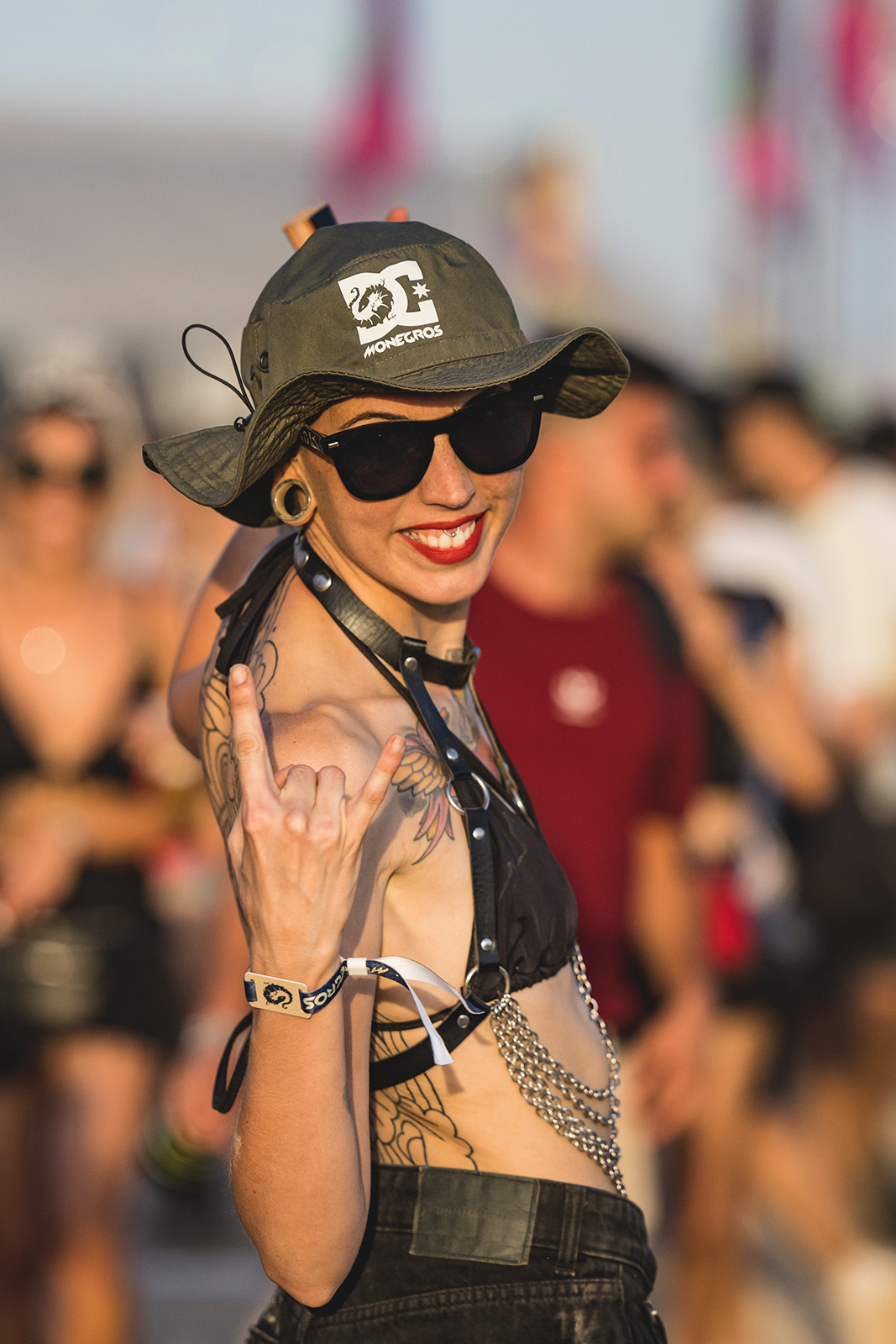 Europe’s only desert music festival has awoken from an 8-year slumber. The insomniac festival Monegros in Fraga (Spain) kicked off on Saturday, July 30th in the afternoon and continued for a raging 20 nonstop hours. With eleven awe-inspiring stages, 55,000 ravers and a roster of some of the world’s hottest electronic music artists, Monegros was not an event to be missed.
Monegros felt like a real-life dreamscape, a fantastical story written upon the desert. And the storyboard of this saga might have begun with a plane crash. In an impressive feat of creativity and ingenuity, Monegros’s organisers acquired the hull of an Airbus a330 from the Zaragoza airport and turned it into a dance floor. The plane, also known as The Club By 8.6, featured a secret set of international artists and accommodated around eight hundred ravers. Yet dreams shift between surreal scenes, and the festival had much more to experience. After deplaning, a one hundred-square-meter expanse of desert paradise stretched forth as far as the eye could see, and as the sun set, the real mirages began. In the night’s nine and a half hours of darkness, the festival’s grounds looked unimaginably different under psychedelic projections, and the music only increased in power.

The Sound System Temple, Monegros’s main stage, was already a sight to behold during the day. Standing at twenty metres tall, the set featured massive decorations that looked like house-sized speakers. Legendary rapper, Busta Rhymes, played one of the last daylight slots and hyped up the crowd for a long night of dancing. As night fell, the real show began, and projections mapped onto The Sound System Temple made the entire stage vibrate with life. Paul Kalkbrenner, one of the fest’s top-billed performers, kicked off the night and demonstrated the full visual and sonic potentials of the Temple. Flames shot off the top of the top, and ravers sang along to some of their favourite songs.

The desert is a brutal environment. As the harsh sun’s rays beat down, shade was an invaluable resource. Fortunately, Monegros featured a broadly dispersed range of bars and roving drink vendors. Totally cashless, the festival bracelets made getting a cold drink a seamless process. The Red Bull freezers held a seemingly endless supply to fuel the night; Jägerbombs flowed until the morning’s hours. For a quick respite, the VIP Artist Village featured long couches aside from the bar, and a secret set of DJs to keep the vibes high. Although a VIP ticket was needed to get into the hangout spot, Monegros provided a secret entrance for general admissions folks to get a chance to experience the train car sets and maybe even meet their favourite artist.

Monegros was dominated by techno. The Moon Stage was powered by a powerful Funktion-One system, decorated with giant hanging planets, and hosted some of the event's most intense acts. VTSS took to the stage just before midnight and tested the limits of this sound system, with a pulsating set strong enough to send you into orbit. As the desert’s temperature plunged, constant movement was needed to keep warm. Just a bit down from The Moon, The elrow Stage, their biggest ever, also featured powerfully mapped projections. There, you could find the trippiest experience the festival had to offer. If techno wasn’t your vibe, Monegros also featured a broad range of sounds from house to reggae; it was not hard to find the right sound for the long night of dancing.

The festival smashed all expectations. All 55,000 tickets sold out, and the festival drew one of its most international audiences yet – just around half of the attendees were visiting from other countries. Every room within one hundred and fifty kilometres of the fest was booked. For a one-night event, Monegros managed to leave an enormous financial impact of thirty million euros. Festival goers departed throughout the morning, joining a long caravan of cars headed home. Unforgettable is the best word to describe the experience. 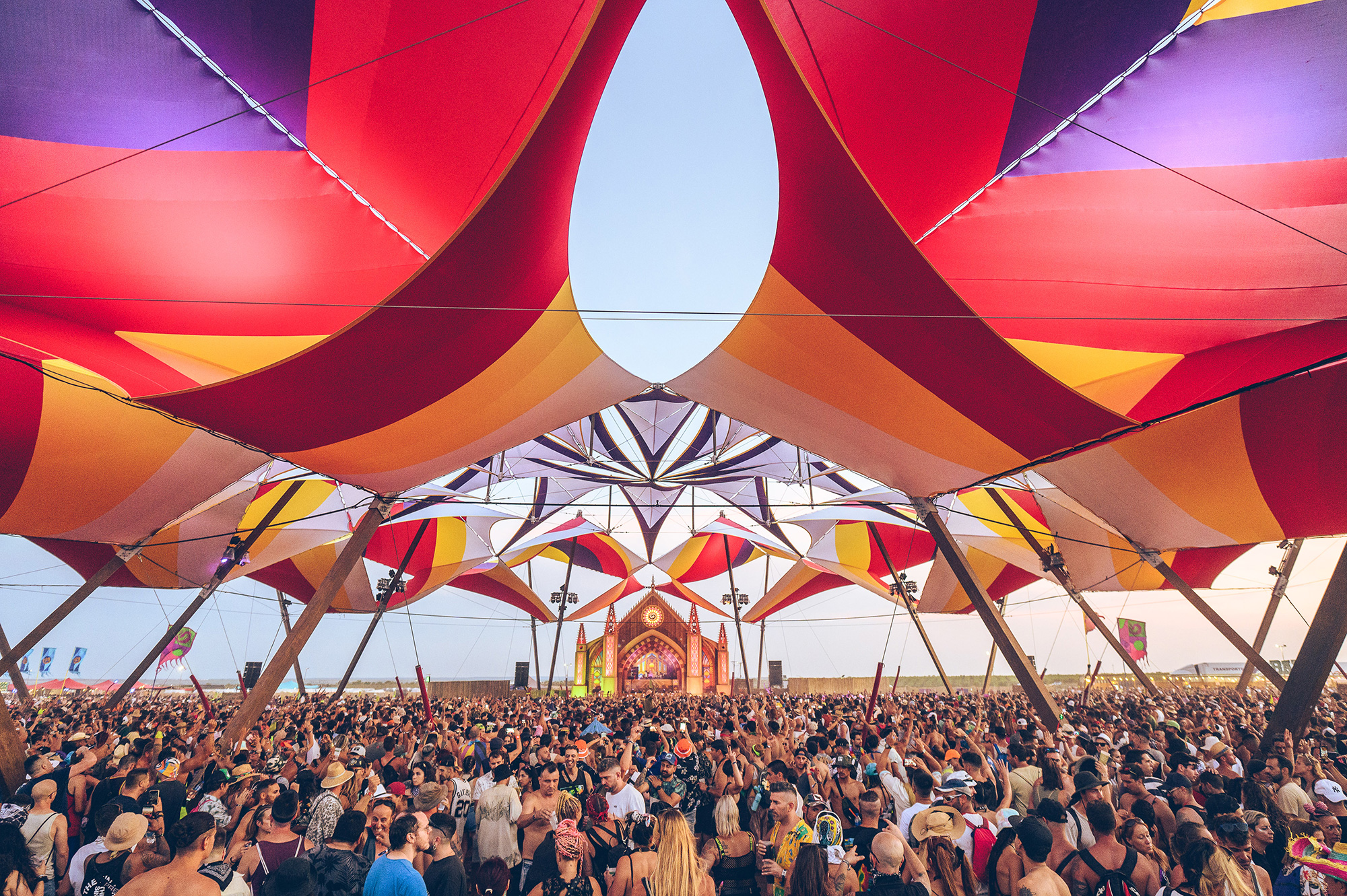 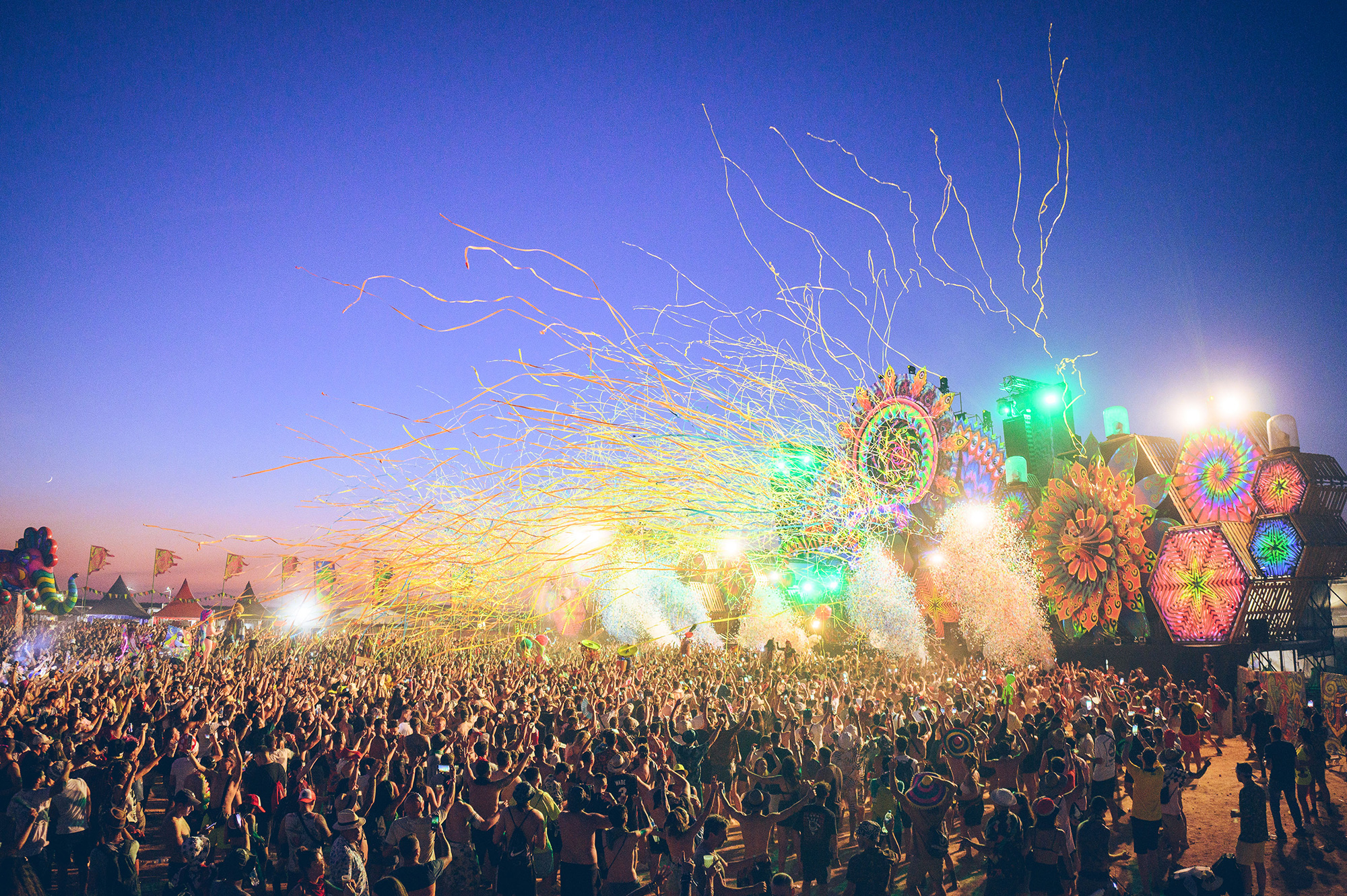 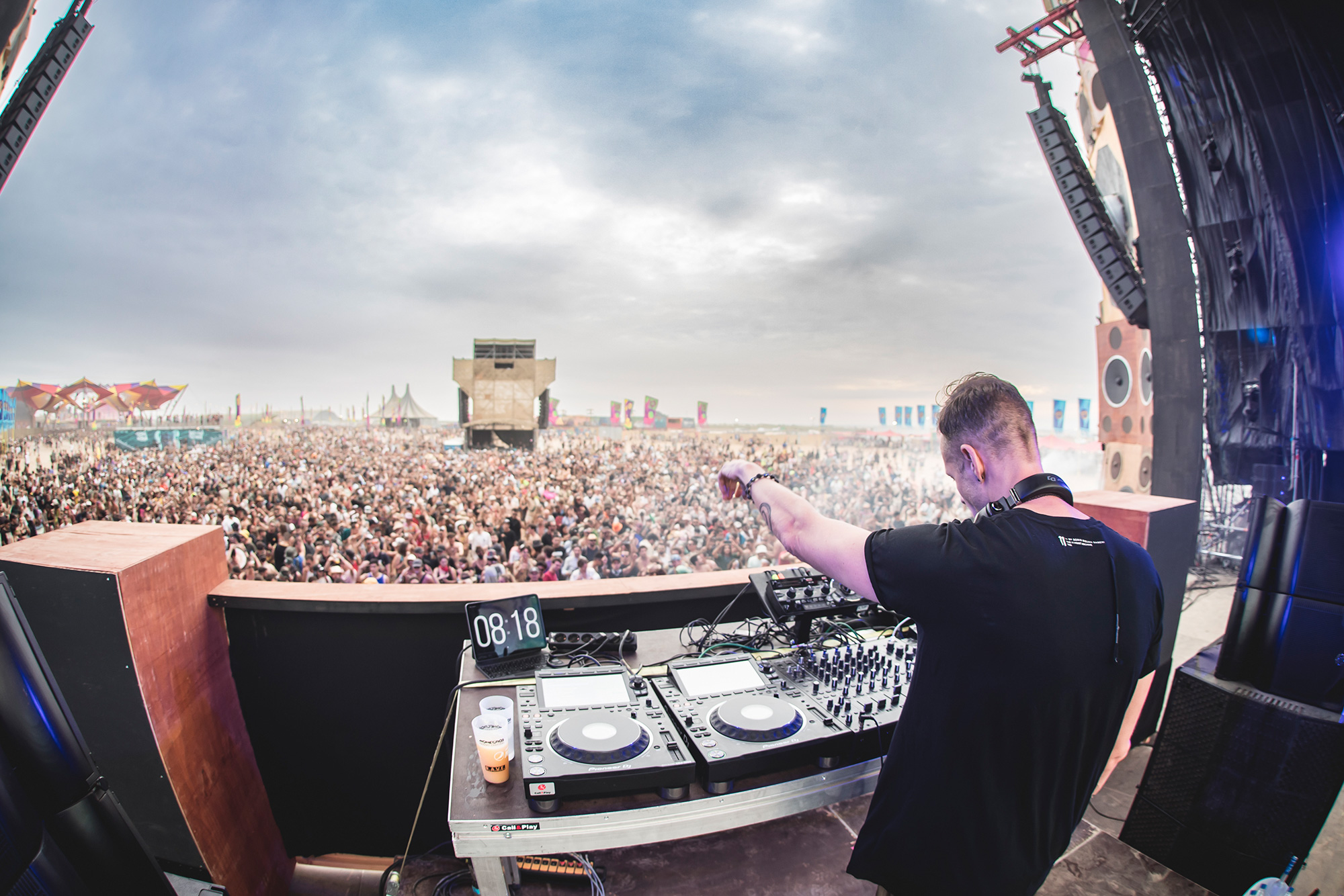 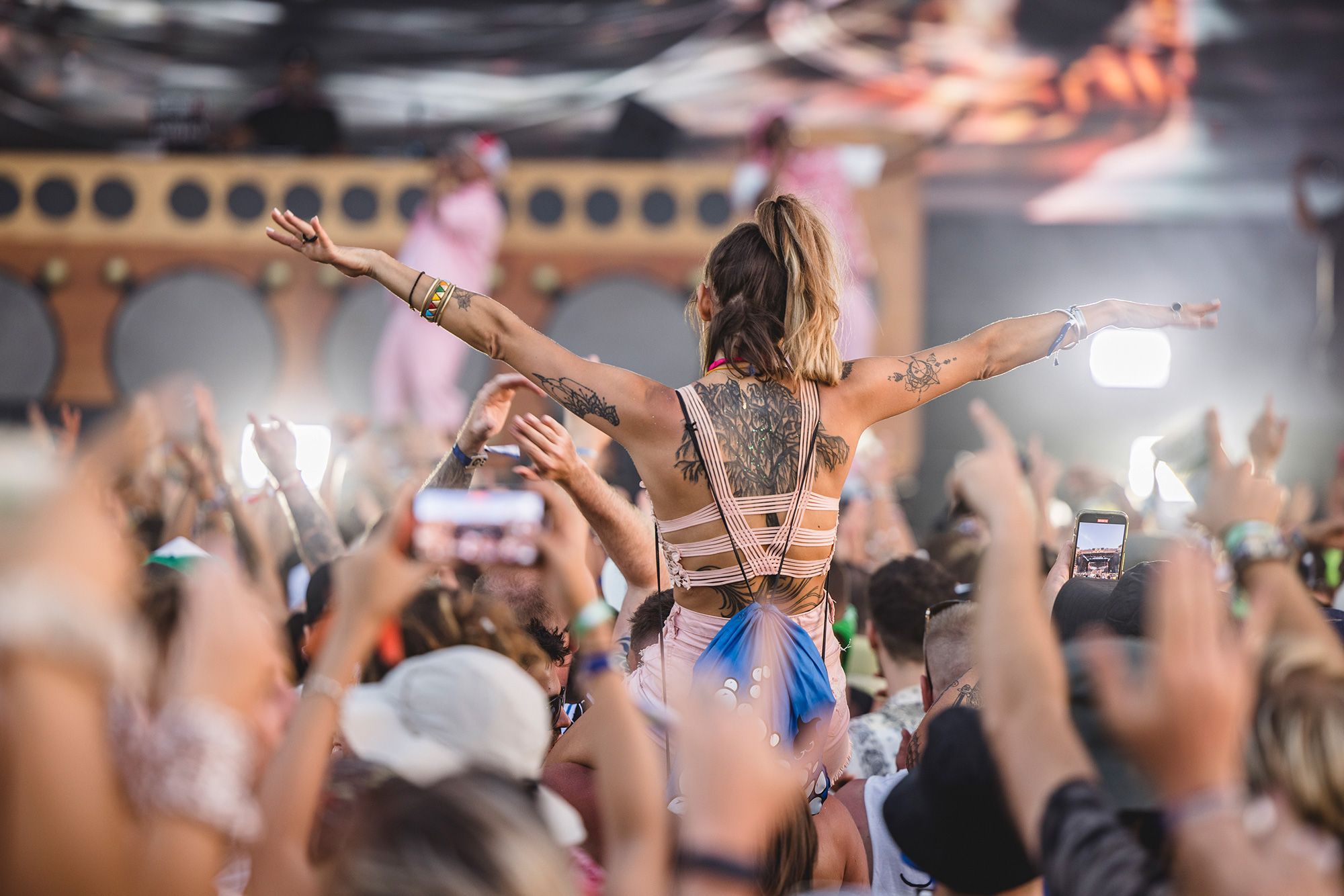 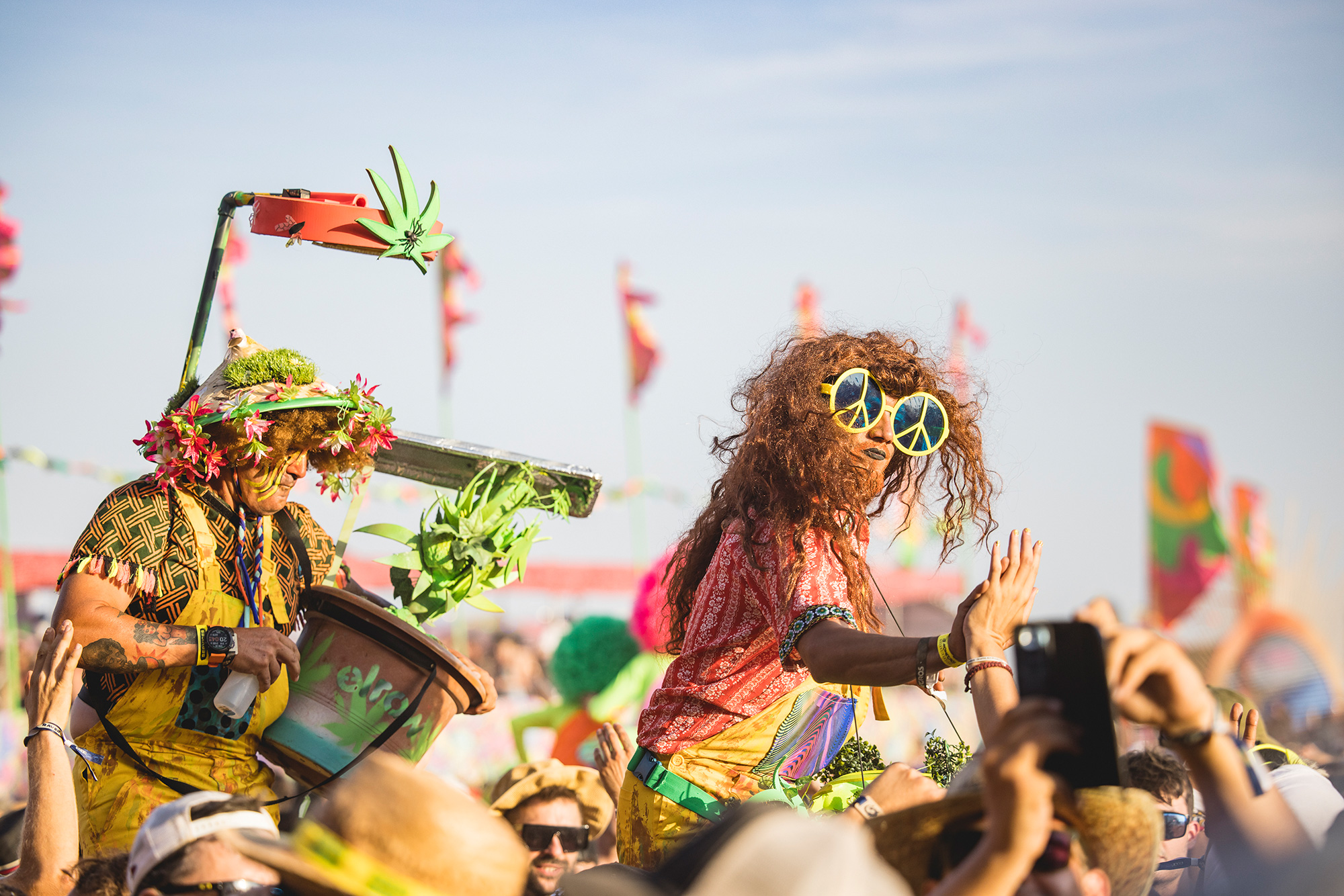 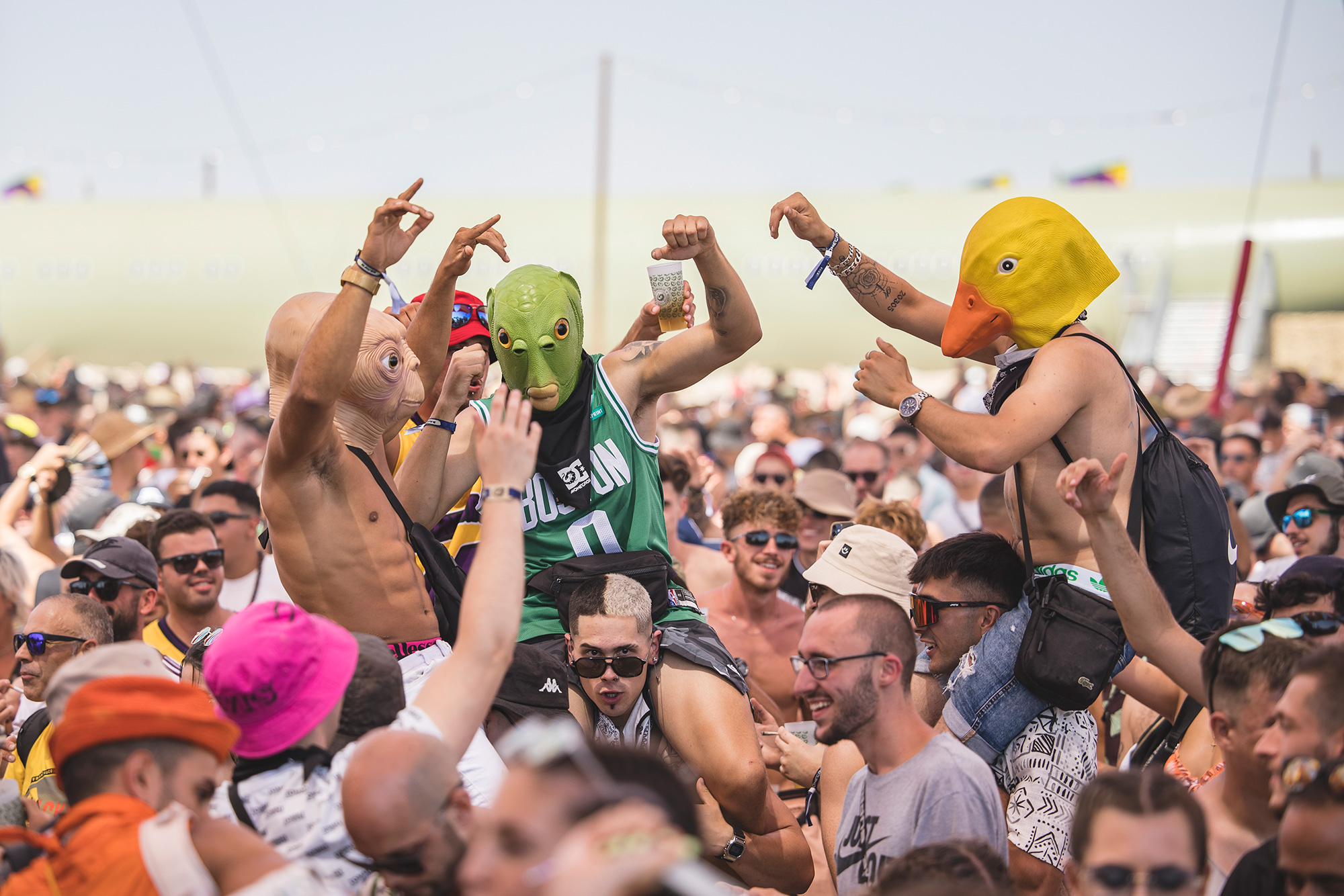 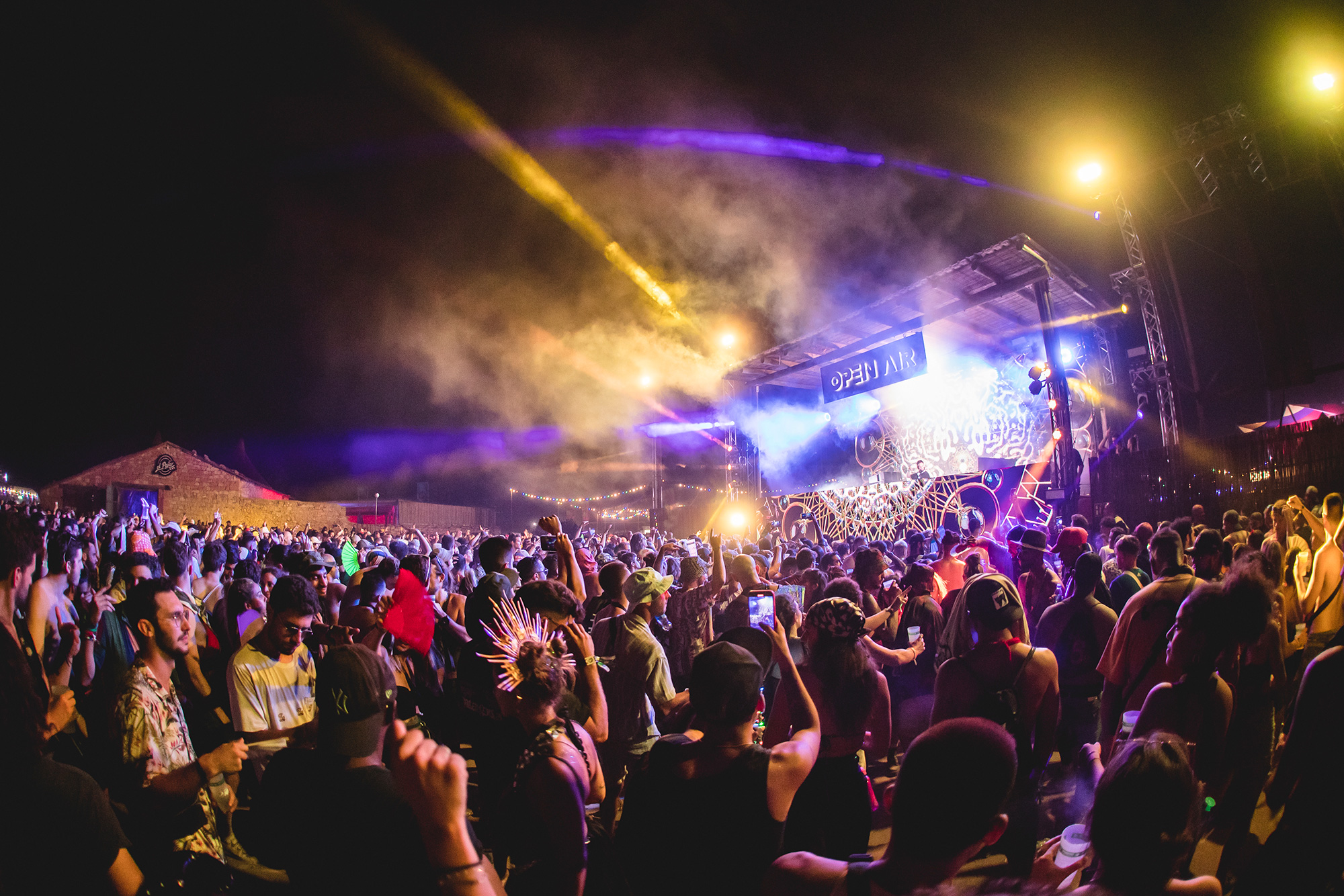 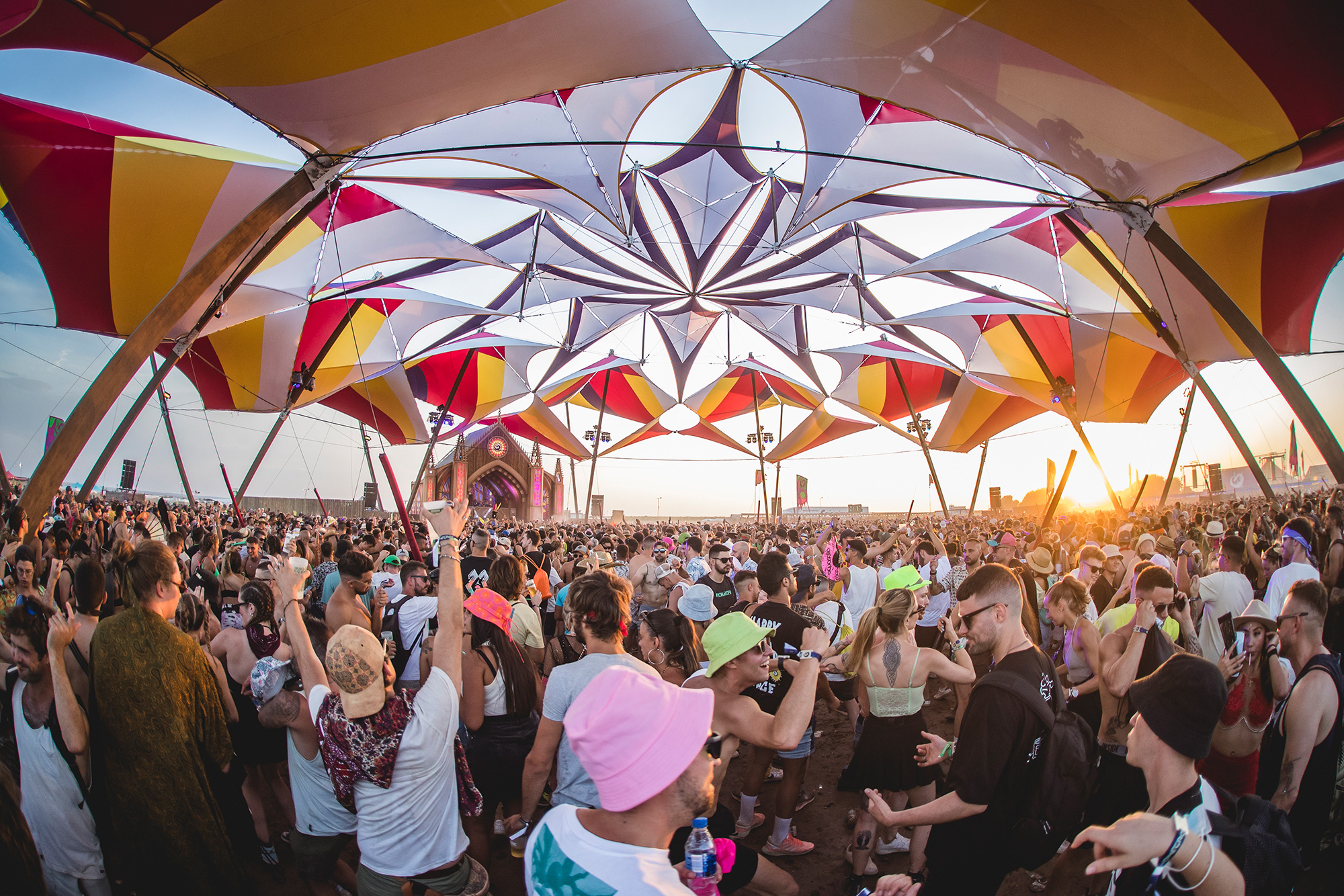 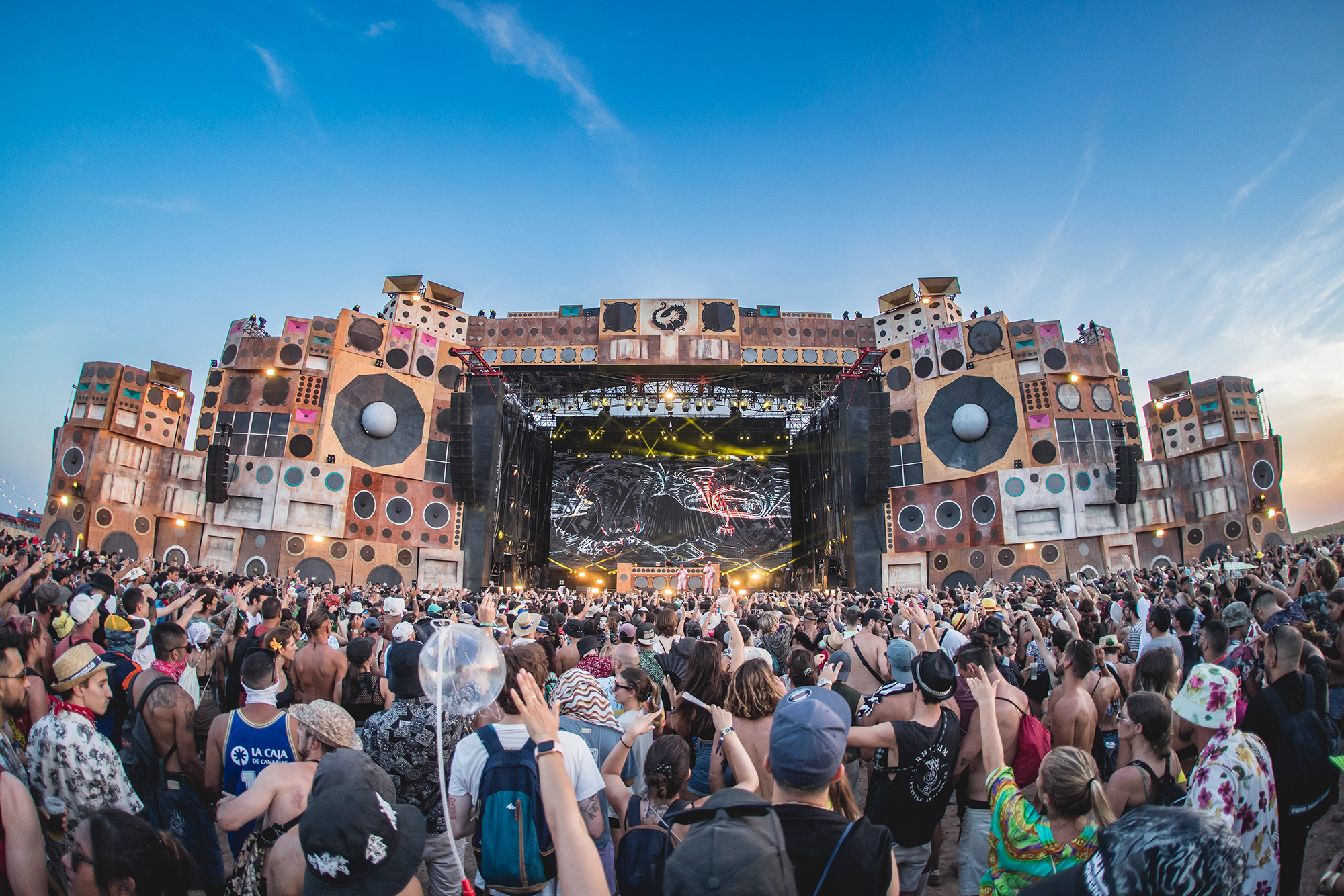 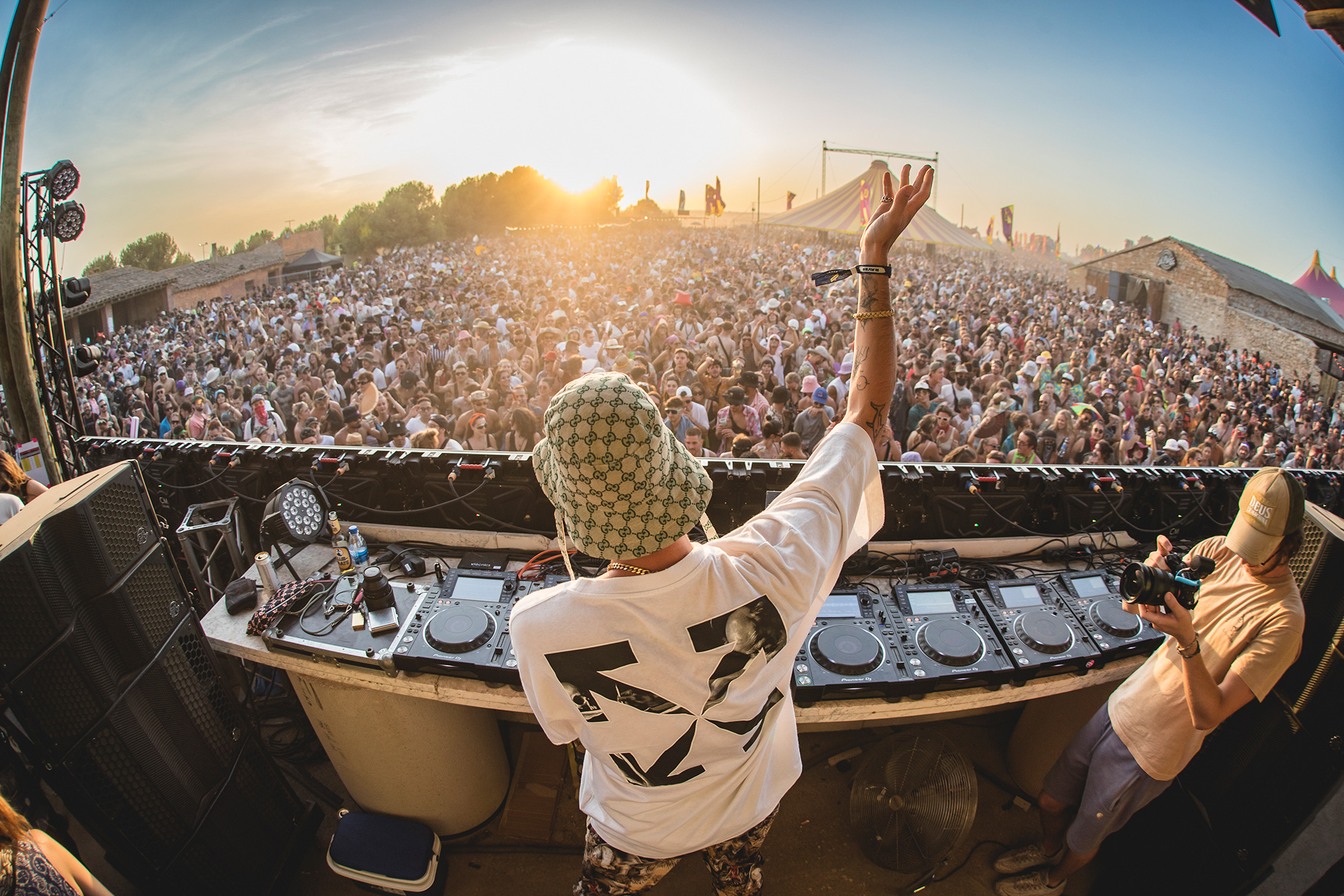 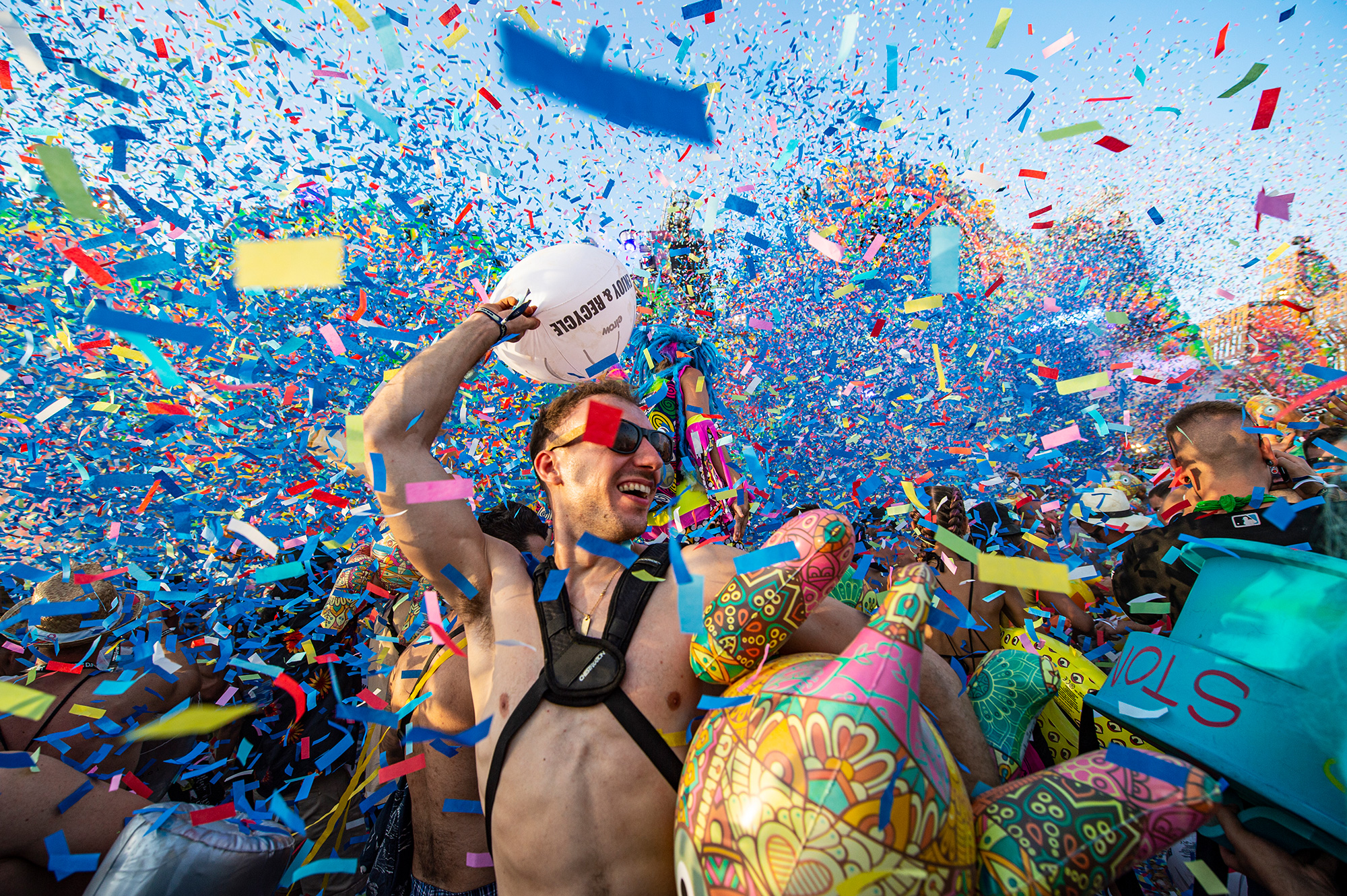 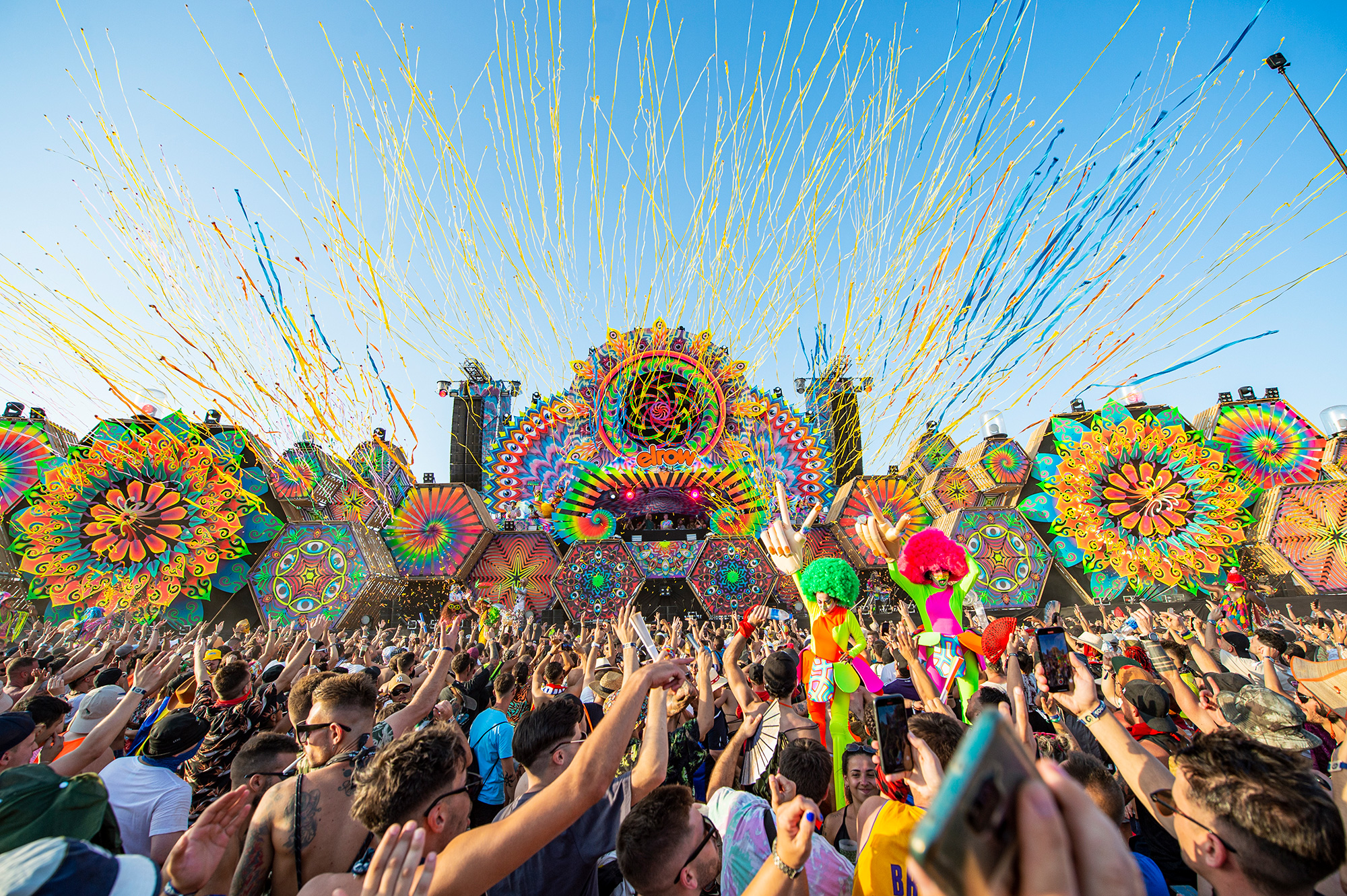