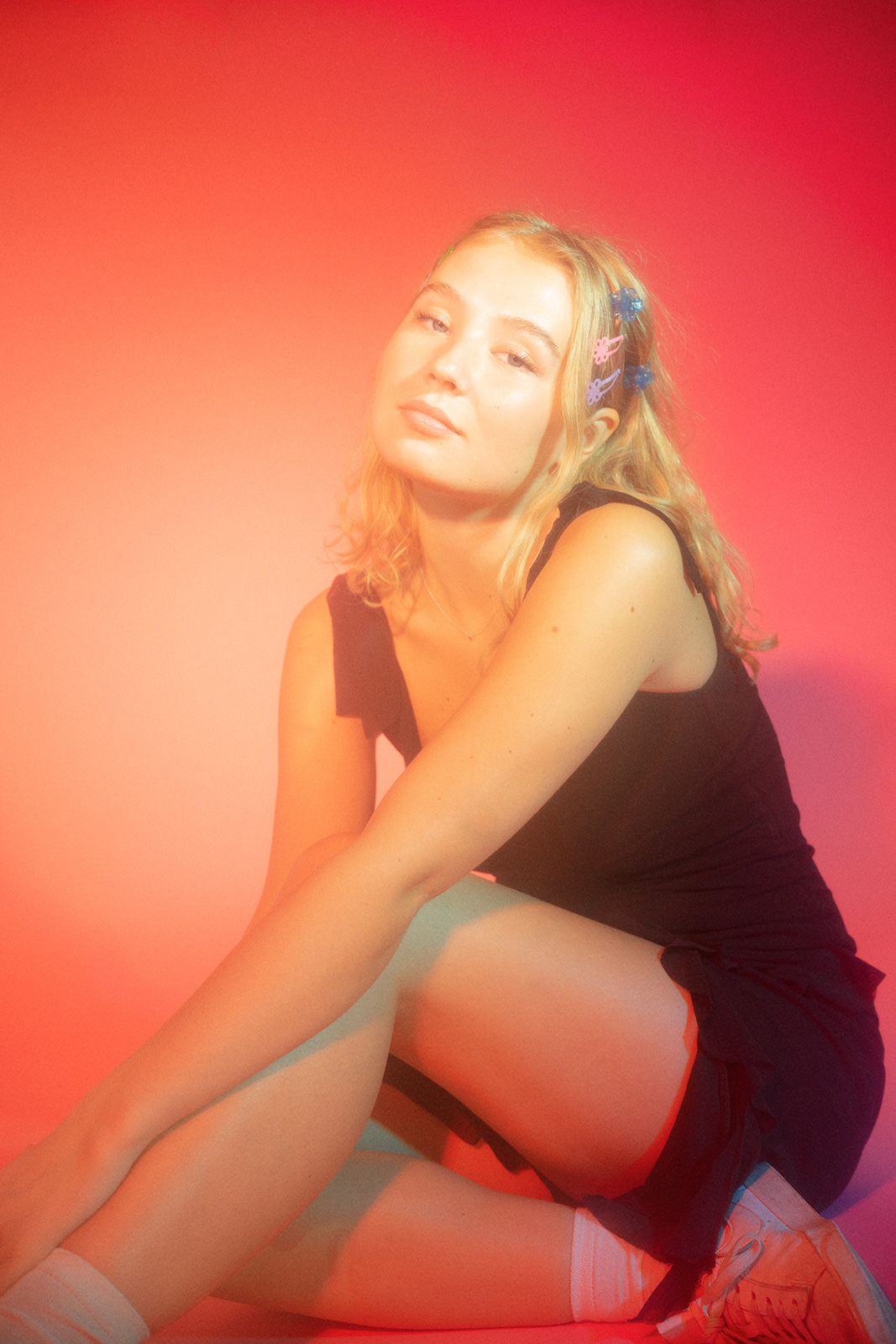 Mimi Bay was a bit nervous to release her new song, sad part, since it truly feels like a page ripped out of her diary. She shared her thoughts a few hours ago on her social media while announcing the official release of her latest single to her audience. This single comes along with a lyric video which effectively serves as a scrapbook of a relationship, documenting pictures and clips of a couple yet keeping their faces hidden behind stars. With this track, the singer invites us to navigate the end of a relationship that has gotten toxic over time.
“It's remembering the good moments before the hard ones that lead to leaving someone behind for your own good. The sad part is it was good til it wasn't,” she replies when we ask her about the emotional journey she presents in her new single, sad part. The 21-year-old artist launched her YouTube channel in 2014 and has been steadily gaining more and more listeners who now follow her every step she takes. 8 years of her career in which she has shown that she is sure of her work and herself, managing to connect effectively with her audience through lyrics that are based on personal experiences and where honesty and truth are the protagonists.
This new single and video released via Ten Music Group isolate the singer's voice to buttress the intimacy of her heart-on-sleeve songwriting. It is as if Mimi Bay sang the song only for you, telling her feelings while maintaining the same vulnerability that launched the former project to critical acclaim. Self-reflection is one of the pillars on which the artist's musical project is built, and she promises to continue giving much to talk about in the coming months.