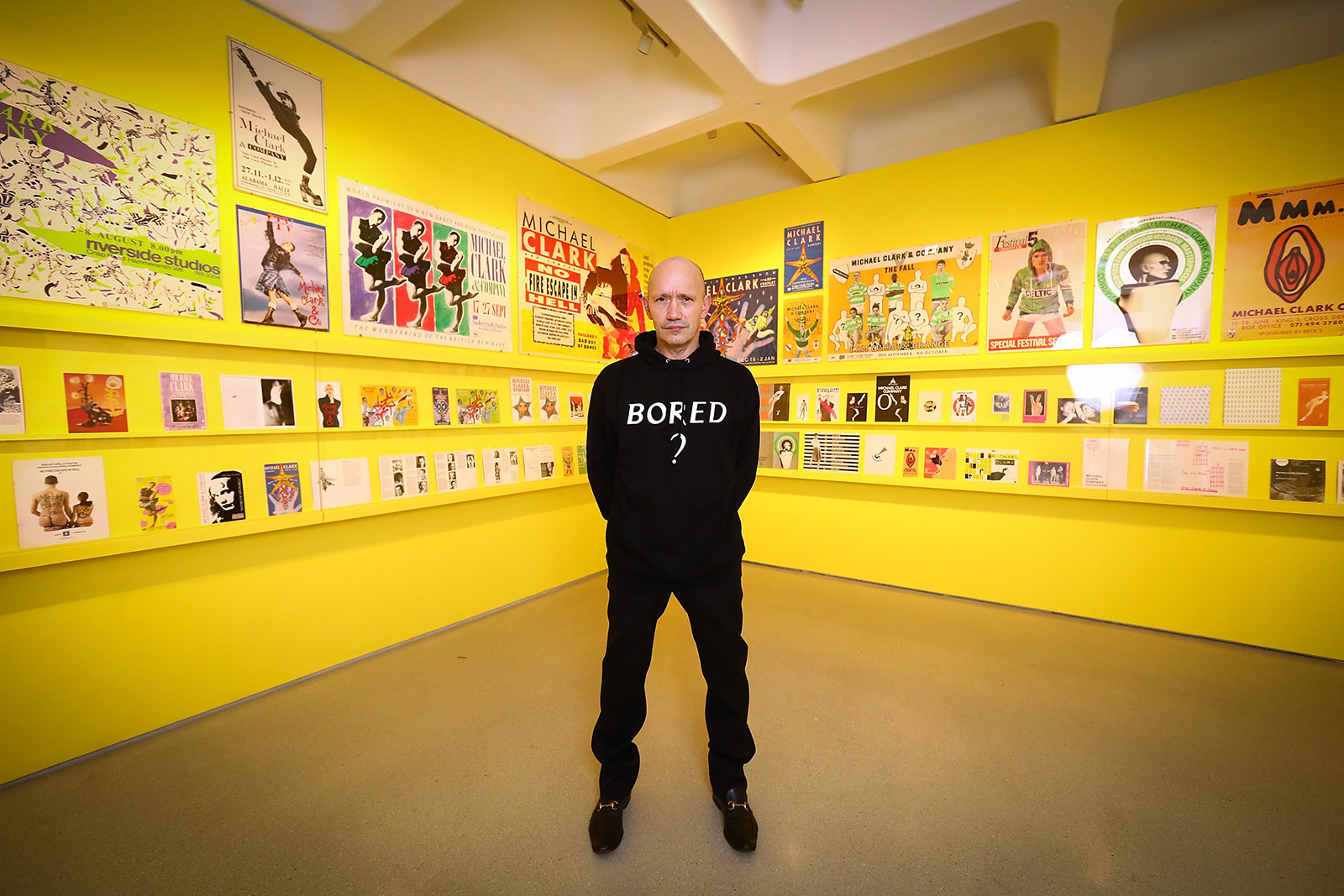 “I try to make dance that isn’t about dance.” Michael Clark’s famous quote is written at the entrance of the exhibition which spans across two floors of the Barbican Centre. Clark’s dance isn’t about dance, it transgresses the conventional definition of dance. It is about expressing intangible notions in a serious of flickering, provocative, mesmerising movements that pushed the body and the mind to and beyond the edge.
Running until 3 January 2021 at the Barbican Art Gallery in London, Michael Clark: Cosmic Dancer surveys the Scottish dancer and choreographer’s captivating work. “The idea of an exhibition dedicated to Michael Clark has been in our mind for a long time since the company became the Artistic Associate of the Barbican Centre in 2005,” says Florence Ostende, the curator of the exhibition, who has worked with Clark closely from the early stages of the project. “2020 marks the 15th anniversary of our collaboration, so the timing felt right for us and for Clark himself too, who saw this project as an opportunity to reflect on his career.”

According to Ostende, the title of the exhibition refers to the constellation of artists, collaborators, friends and heroes around Clark, “creative voices and forces who are the core of the exhibition narrative and together form a multifaceted portrait of Clark.” “I was interested in creating a portrait of the artist through their eyes,” the curator says. “I wanted to shape the exhibition as a love letter to Clark, and to London in a way.” 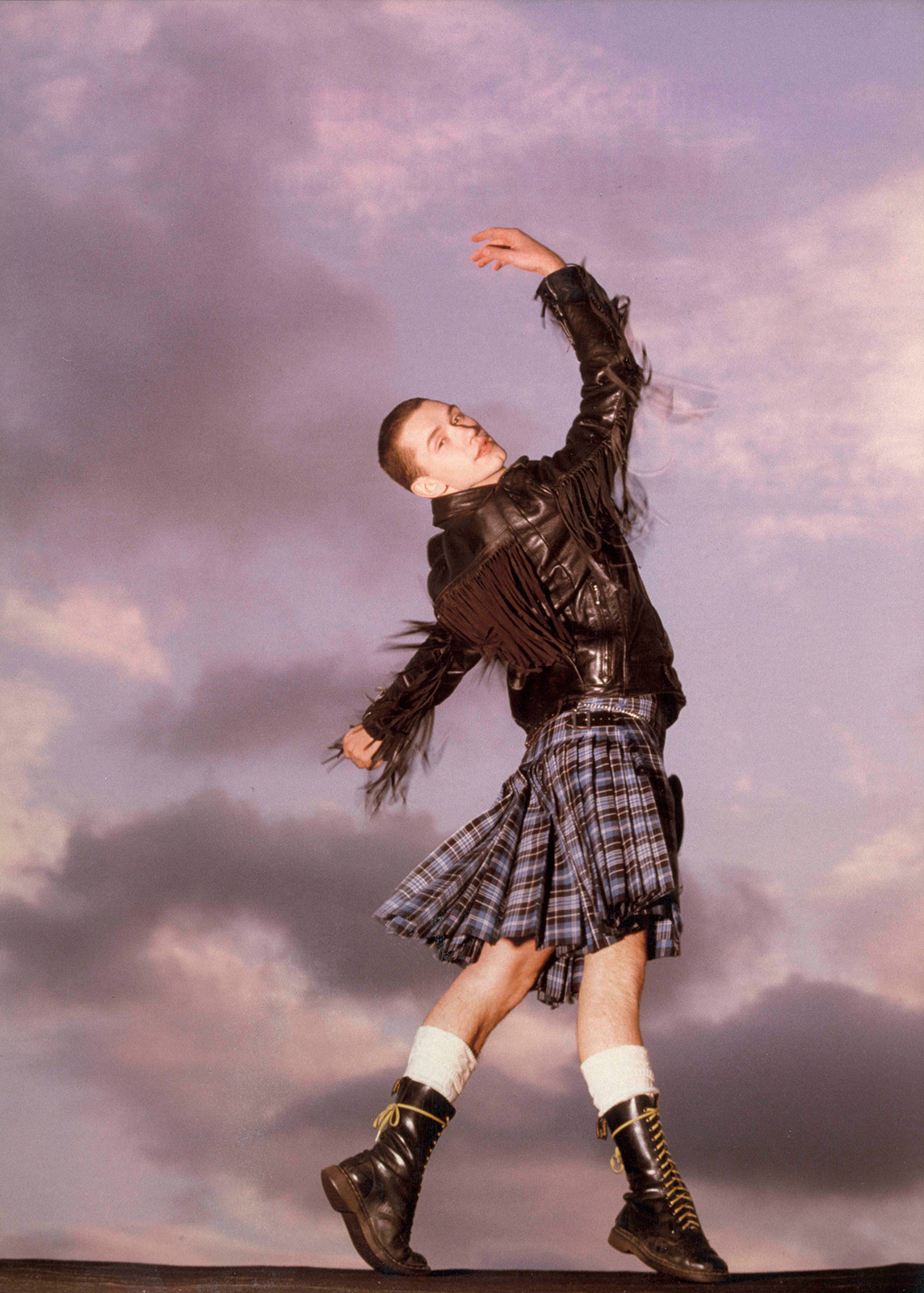 Michael Clark in a publicity photograph, 1986 © Richard Haughton
Two years in the making and developed in close collaboration with the artist, the exhibition charts Clark’s forty-year career to date, featuring rare archival material alongside sculptures, films, paintings, costumes and photographs by Clark’s artist collaborators. Charles Atlas’s A Prune Twin (2020) – large-scale installation – spans across nine hanging screens and four monitors. With an aim to “translate to the screen the kinaesthetic experience you get from watching live dance,” Atlas, who has designed lighting for almost every Clark production since 1984, has, for the exhibition, re-edited two films: Hail the New Puritan (1986) and Because We Must (1989). The result is an immersive, electrifying experience that jumbles together the psychedelic, looping dance sequences, interviews, practice sessions, and club nights.

Other highlights include Sarah Lucas’s Cnut (2004), a concrete cast of Clark’s body, cut at the torso, sitting on a toilet that rests upon the sculpture of a giant ham sandwich. In another room, Wolfgang Tillmans captures the choreographer in intimate portraits taken over the period from 1998 to 2014. Elsewhere, a collection of programmes, posters and flyers trace the history of Michael Clark Company; Peter Doig’s Portrait (Corbusier) (2009) is exhibited alongside silent 16 mm footage, shot by Clark in 2008, depicting the performance on the rooftop of Le Corbusier’s Cité Radieuse. 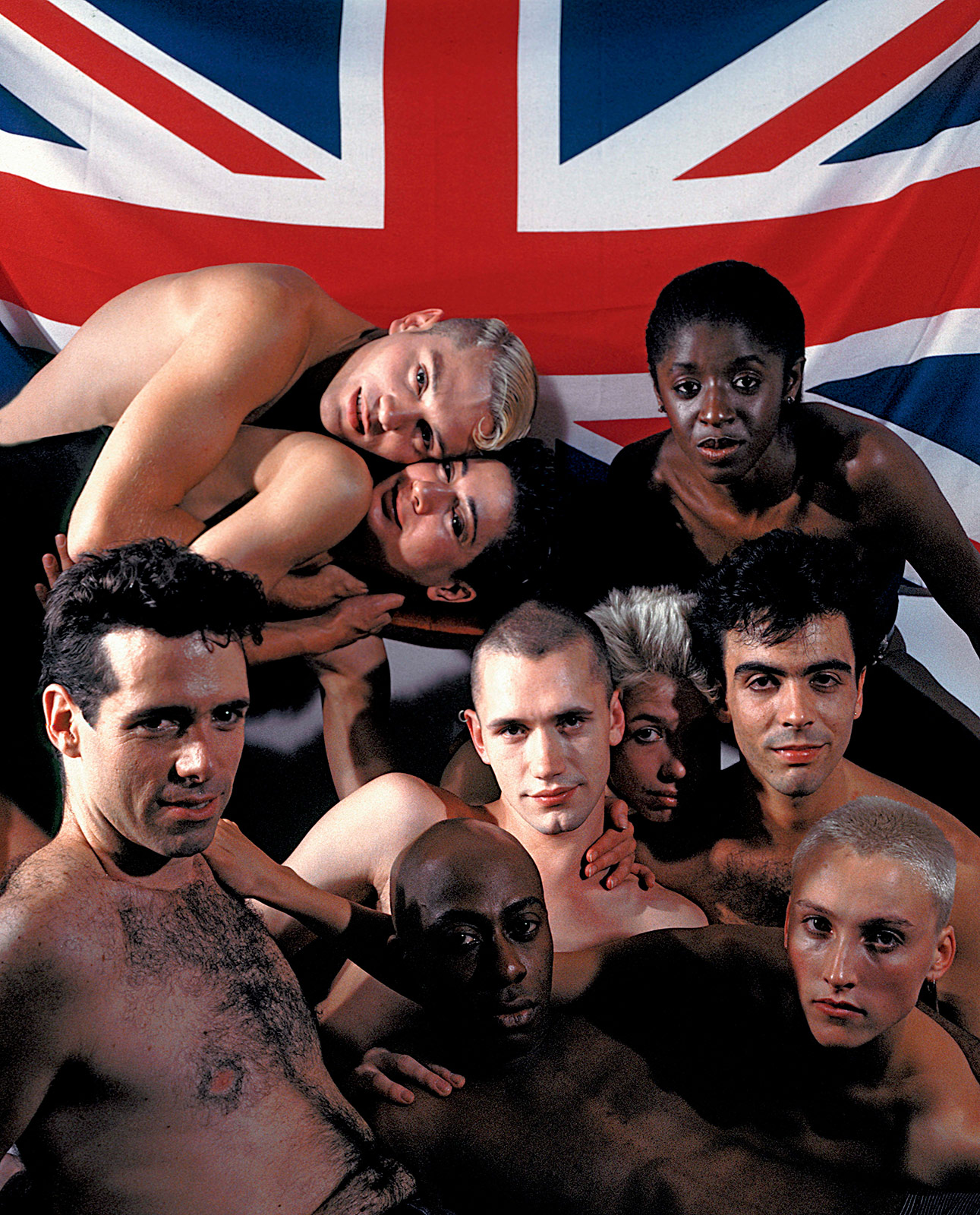 Publicity photograph for No Fire Escape in Hell, 1986 © David Buckland
The exhibition also features radical creations of legendary Leigh Bowery, who designed costumes for Clark from 1984 up until his death in 1994. Among them are sequinned bodice for Because We Must (1987), orange bolero jacket and pink feather tutu for I Am Curious, Orange (1988), costumes devoid of bodies, hanging like some sort of inanimate gestures frozen in fabric.

The exhibition is a testament to Clark’s immense influence on British culture; a virtue of his work that masterfully fuses his classical training with post-punk energy, drag performance, queer subculture and pantomime. Dance, the ephemeral art form is here presented as a phenomenon that challenges the notions of sexuality, conformity and extremity. 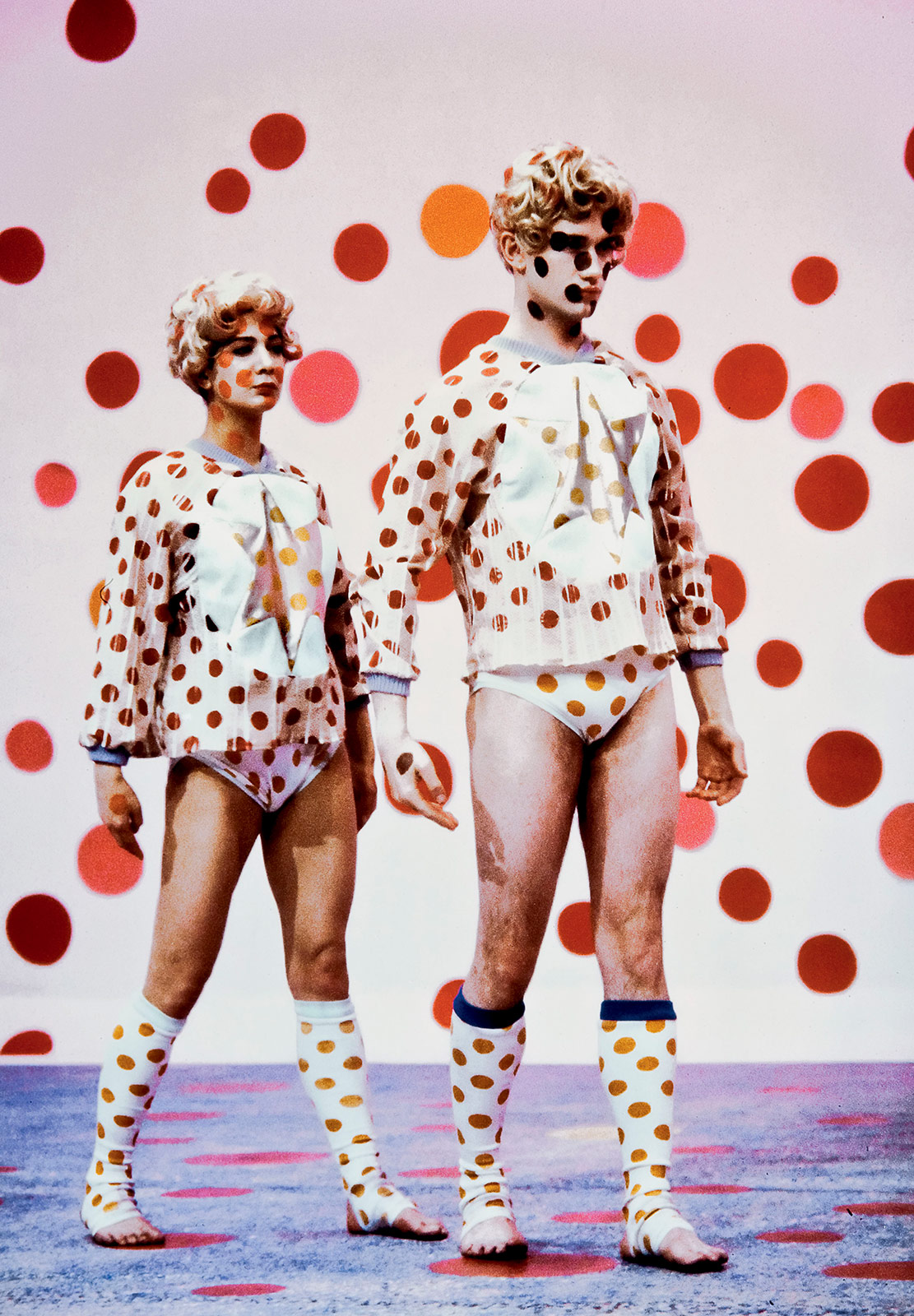 Ellen van Schuylenburch and Michael Clark during the filming of Charles Atlas’s Hail the New Puritan, 1986 © Richard Haughton
“At the deepest level, Michael Clark: Cosmic Dancer is an intimate exploration of the creative process,” says Jane Alison, Barbican’s Head of Visual Arts. “During our troubled Covid times, this exhibition with its undercurrent of abandon and resistance fused with technical virtuosity of the body feels so precious and important,” she adds. “There is much we can gain from experiencing the power of dance and art, to be uplifted and re-awakened to the extraordinary things that the body can do, the beauty of physical contact between people, collaboration and artistic kinship.”
The exhibition Michael Clark: Cosmic Dancer is on view until January 3, 2021, at Barbican Art Gallery, Silk St, Barbican, London. 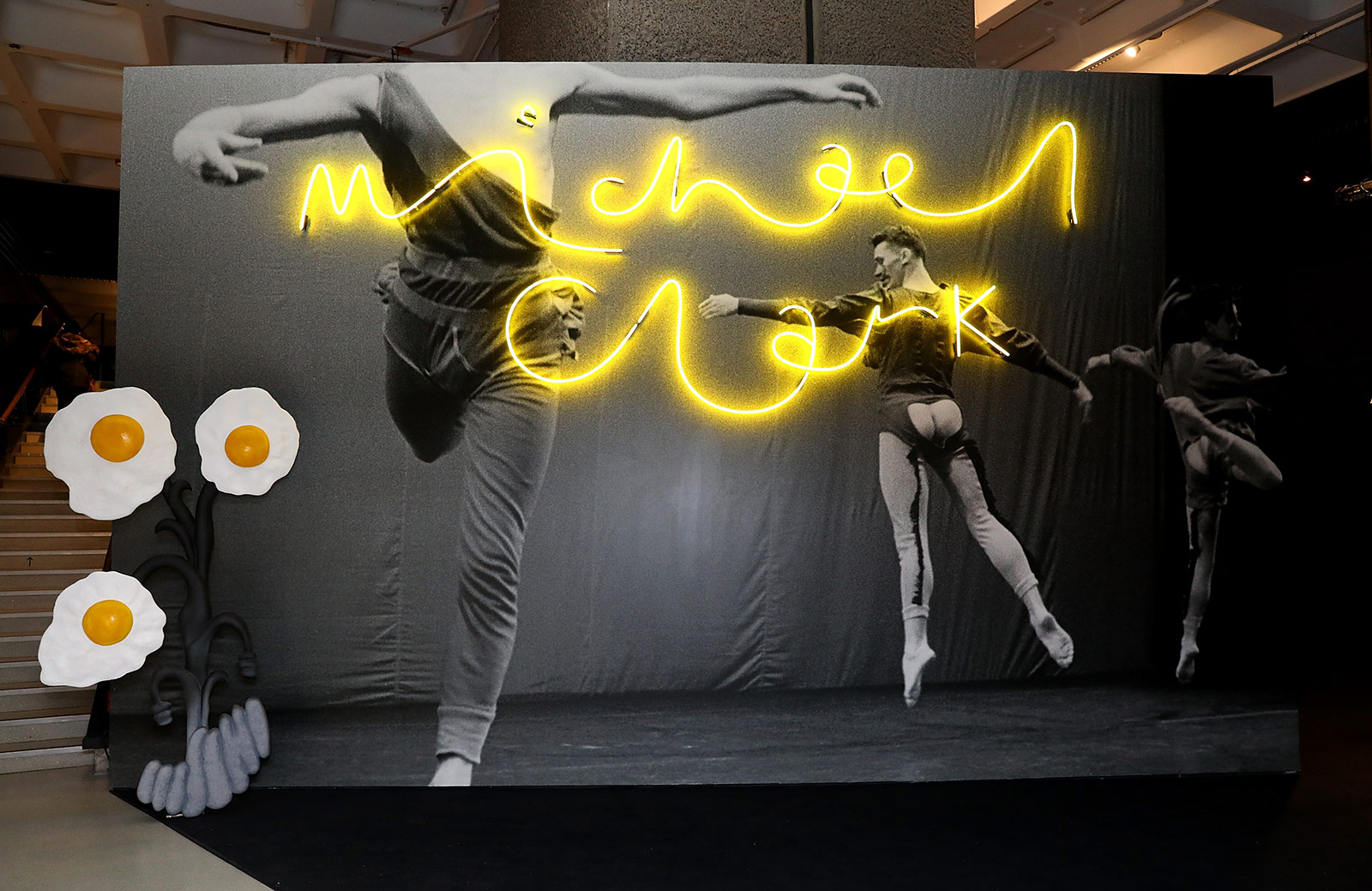 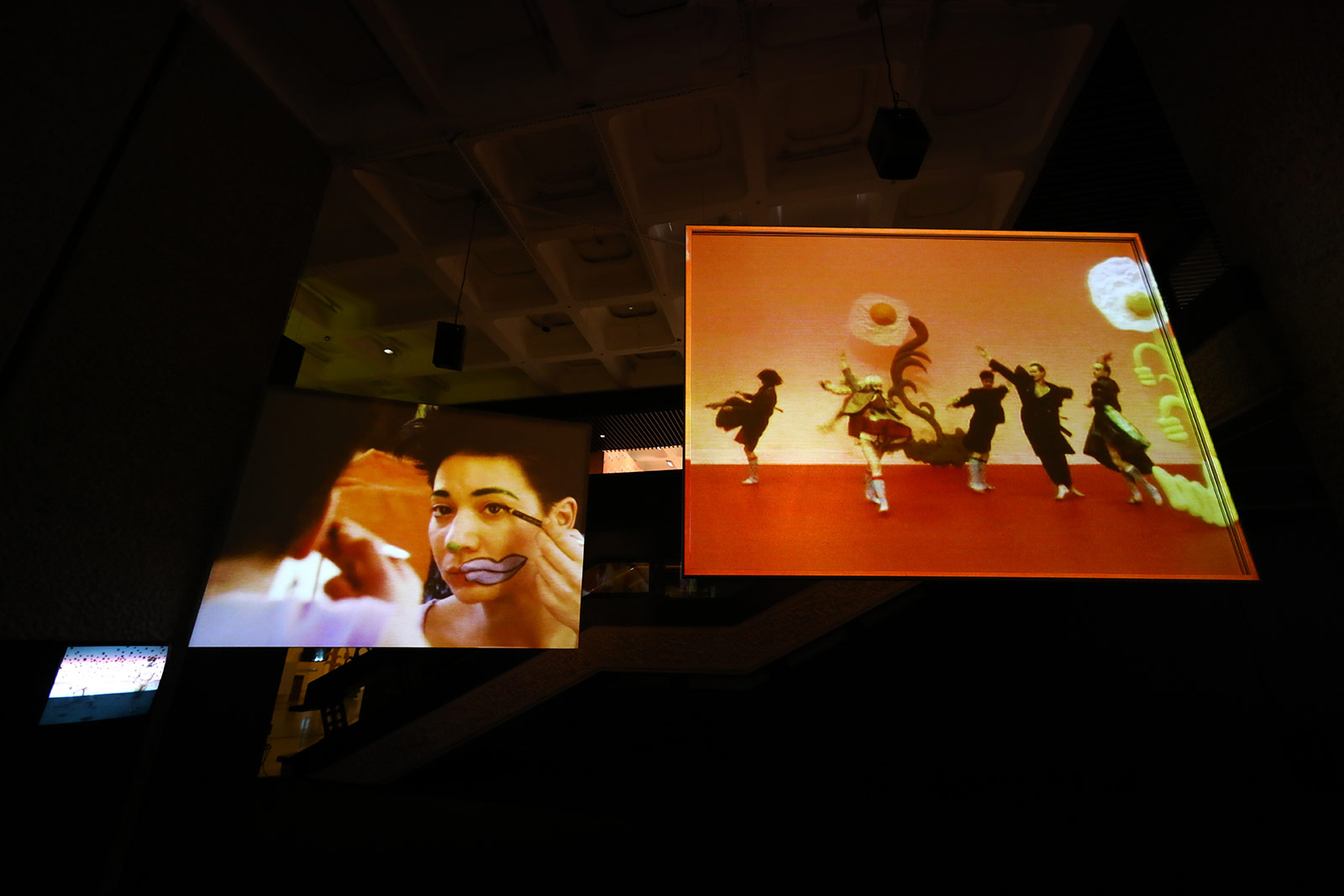 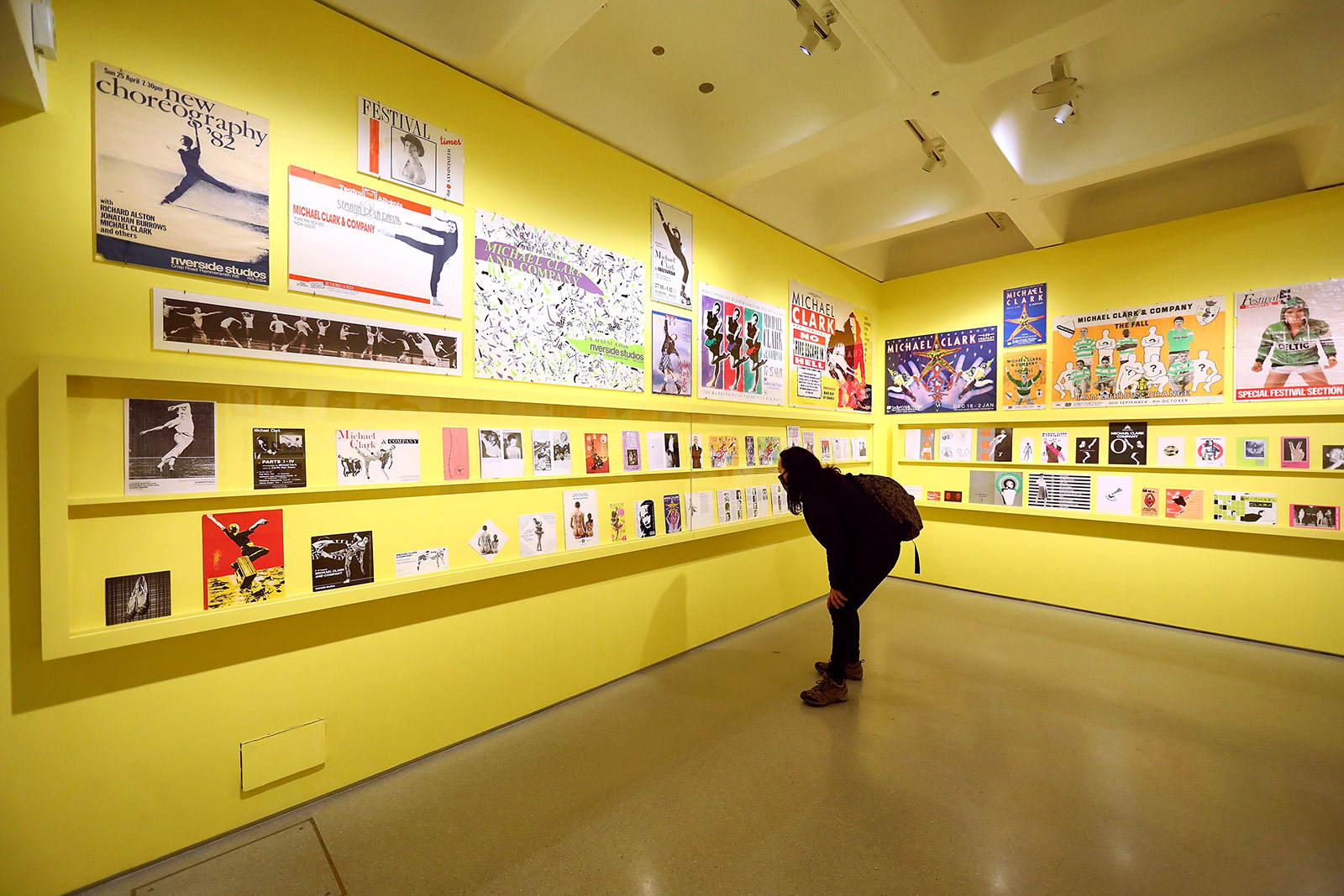 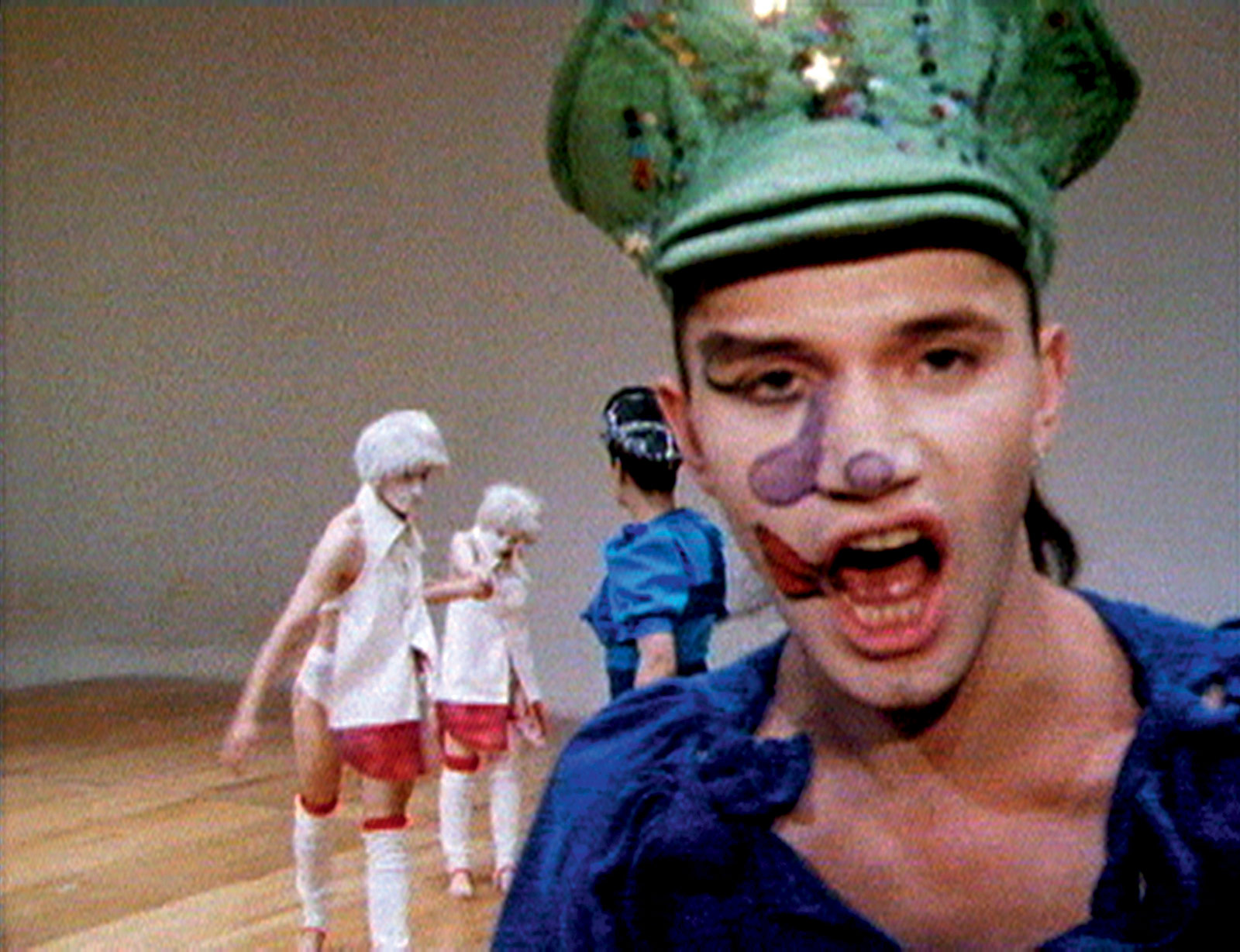 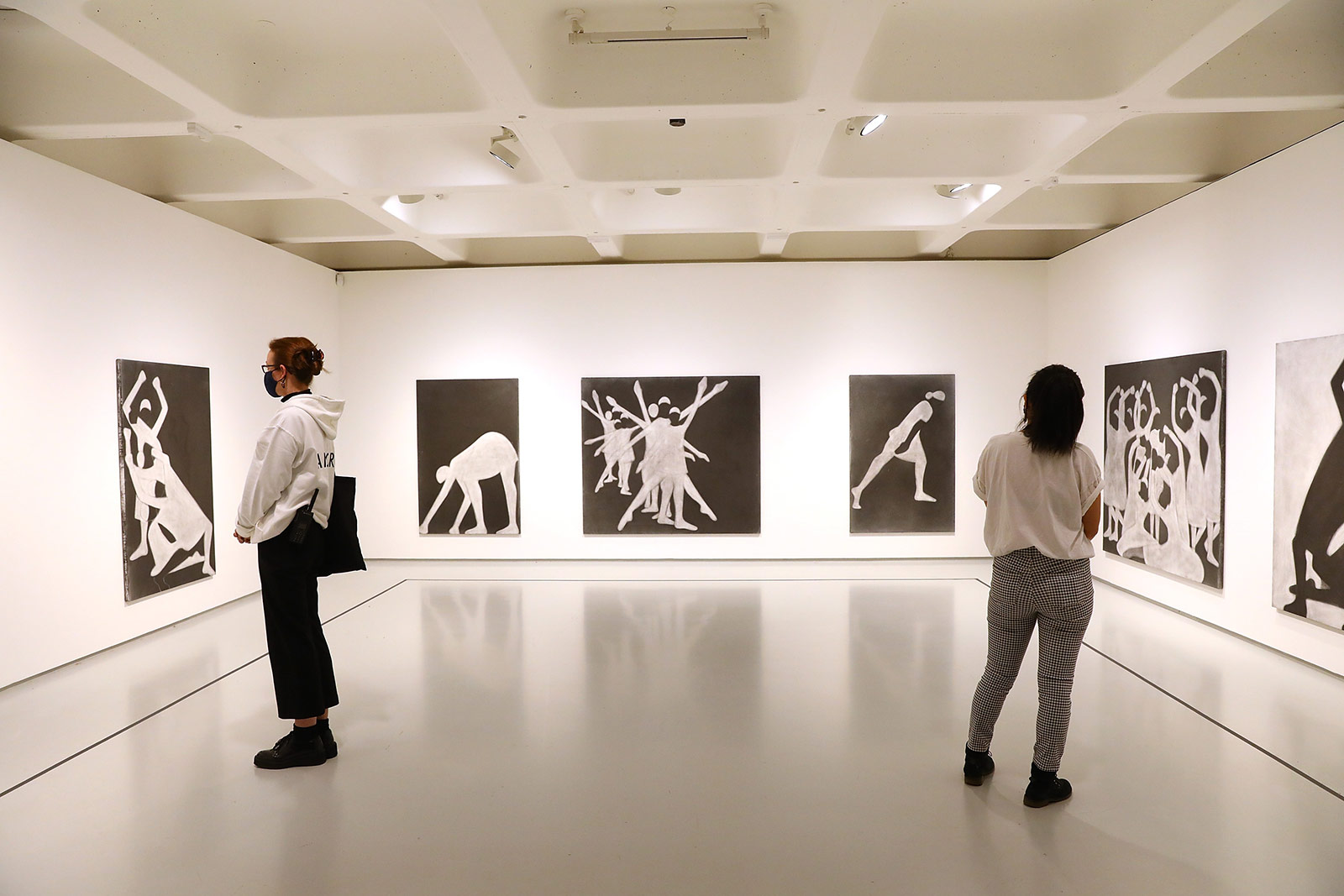 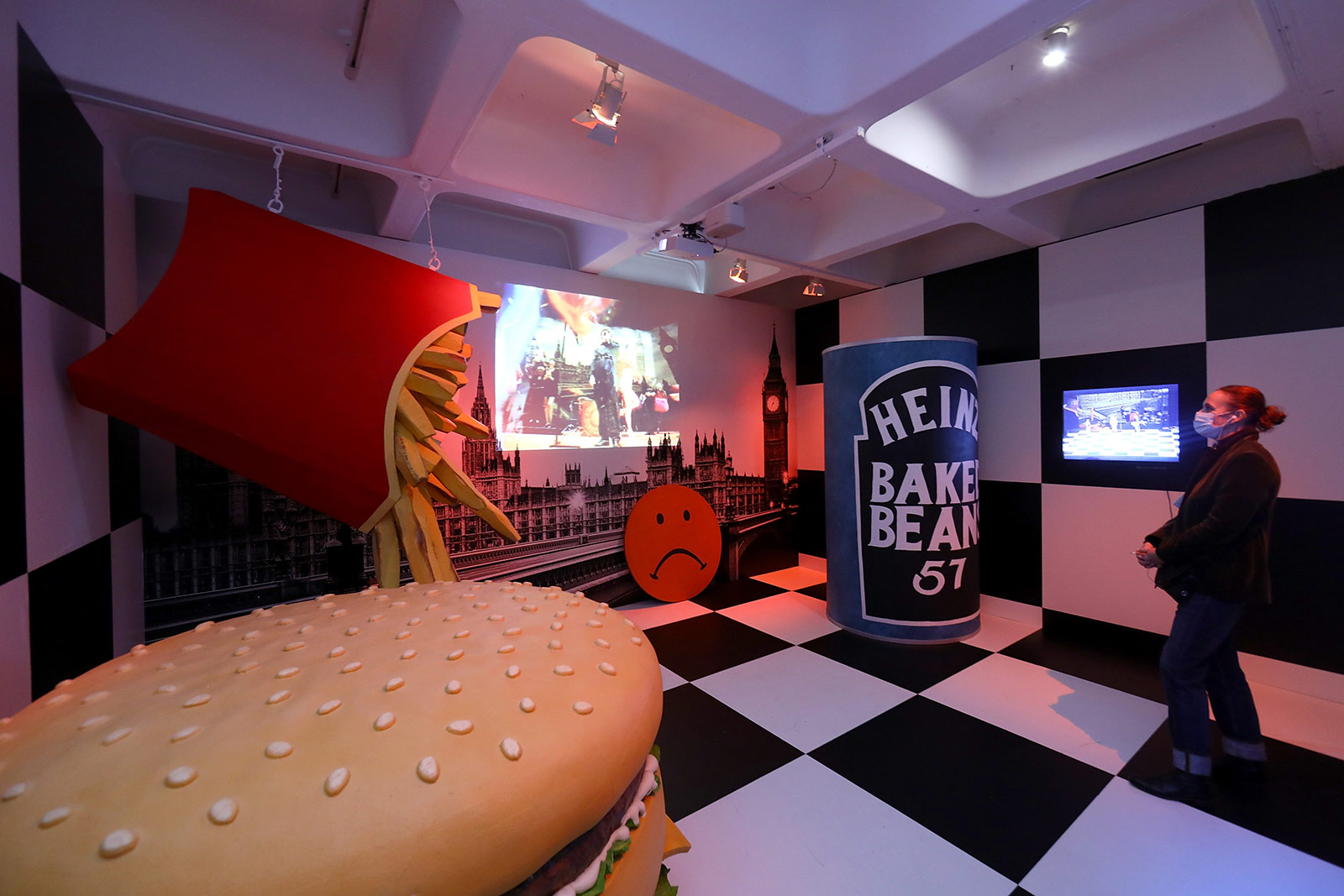 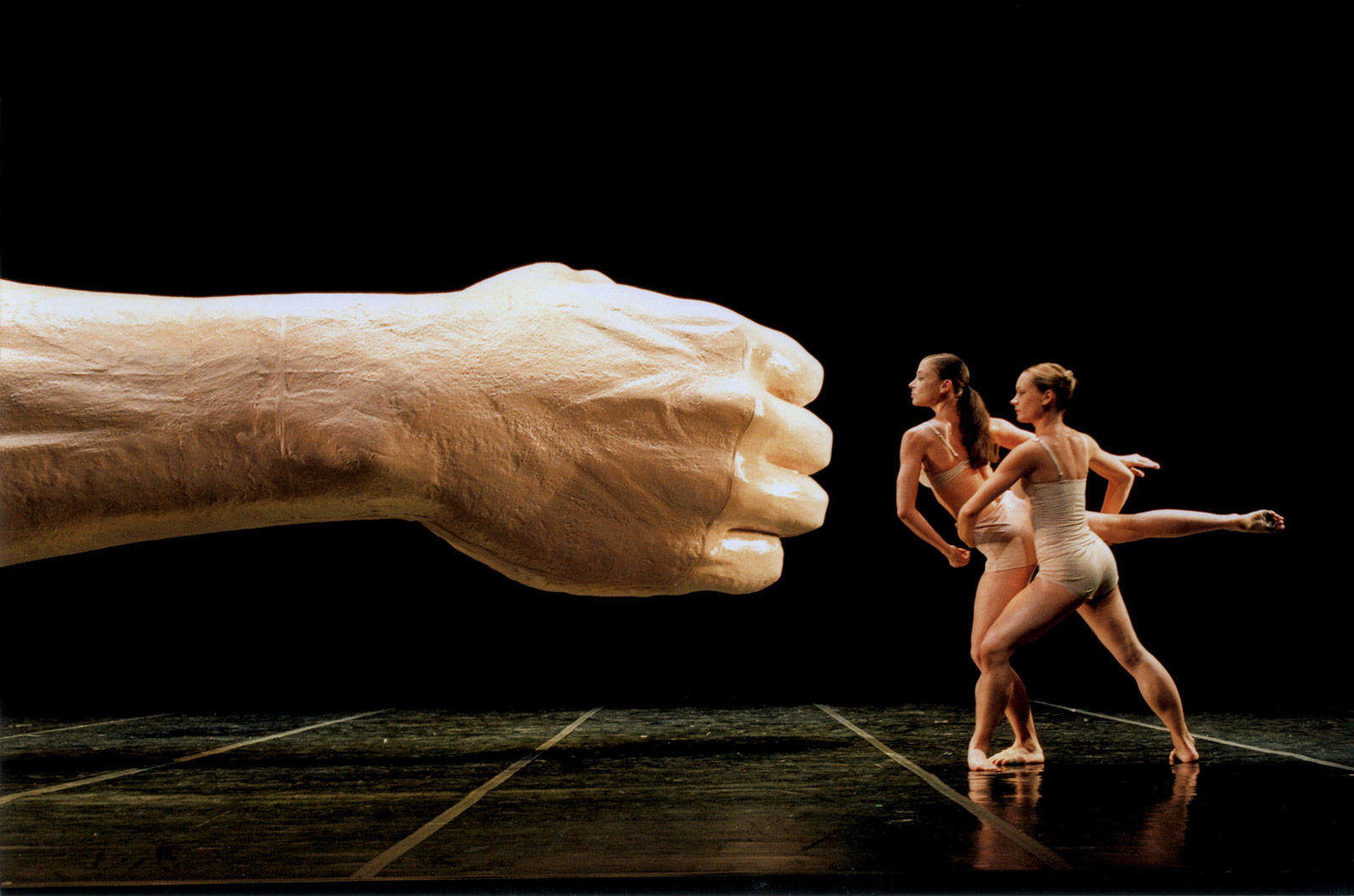 Lorena Randi and Victoria Insole in Before and After: The Fall, 2001. Hebbel-Theater, Berlin. © Andrea Stappert 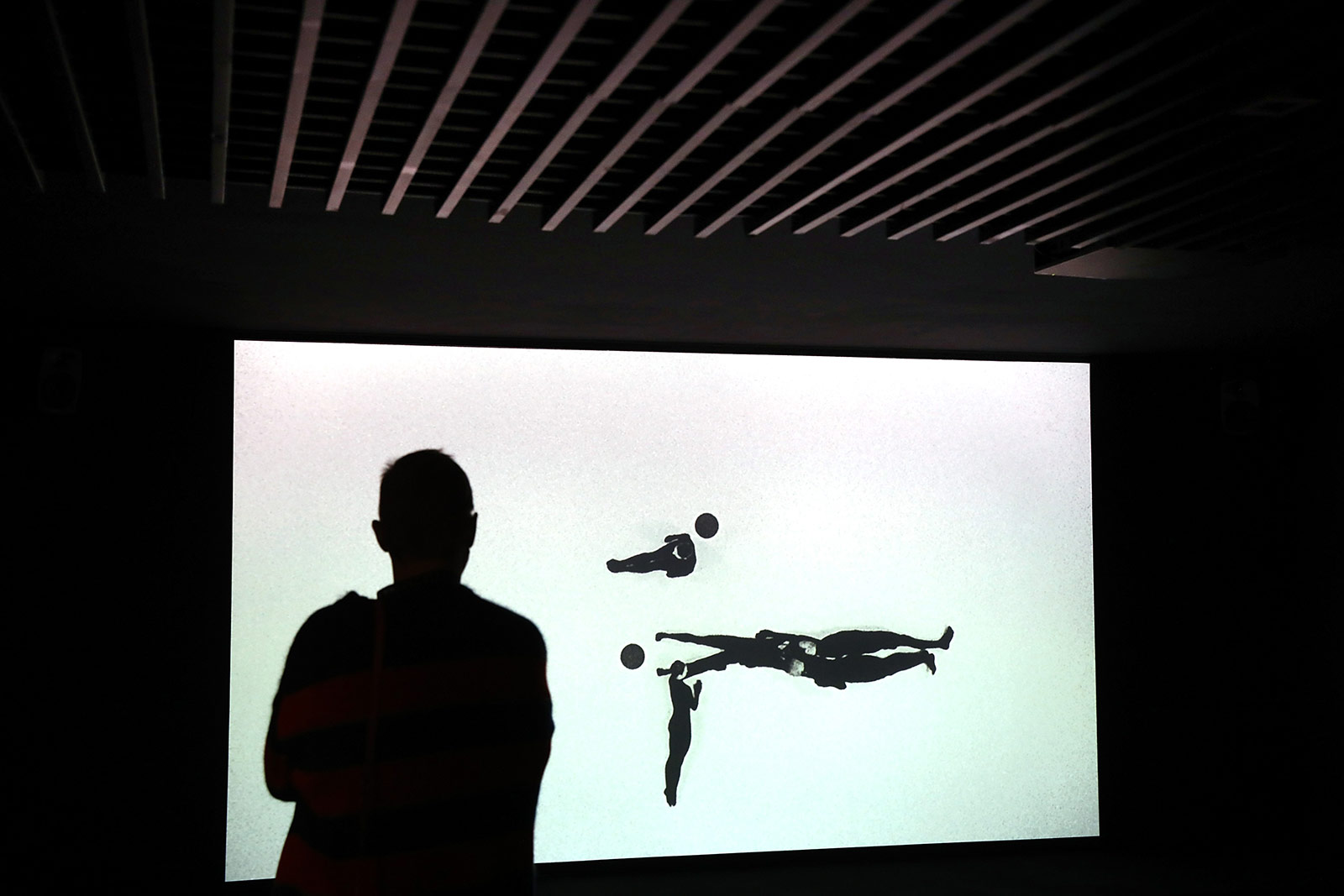 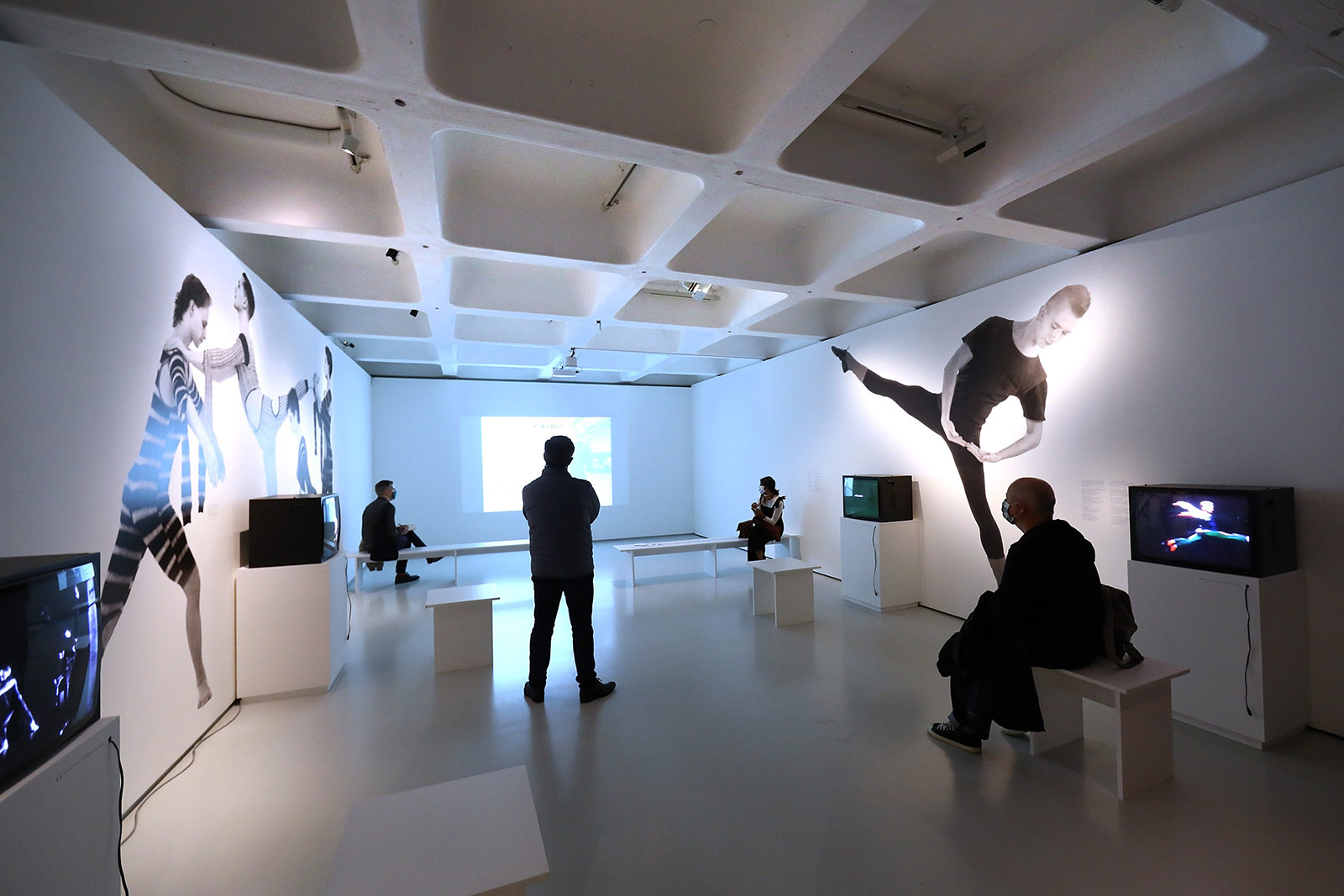 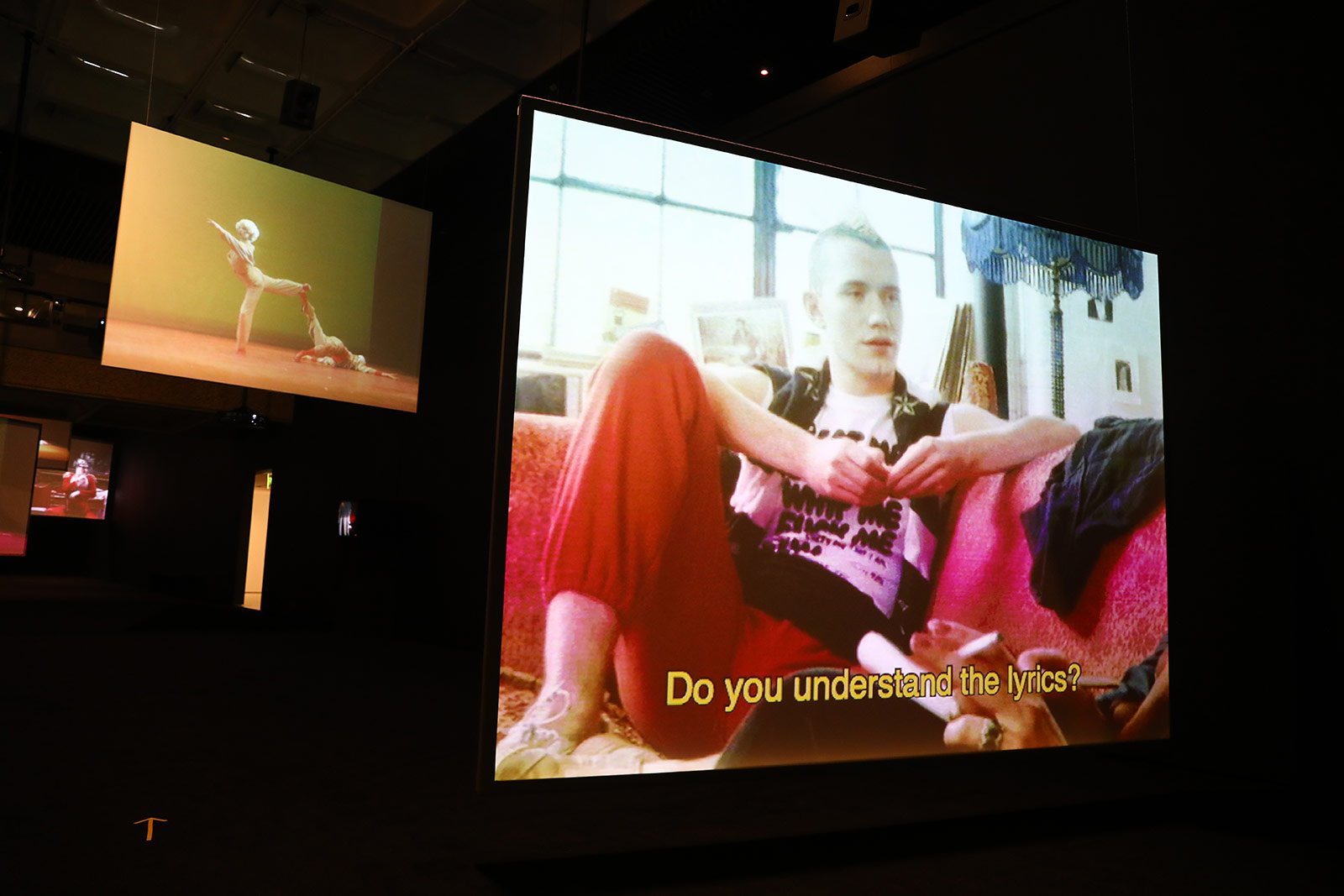 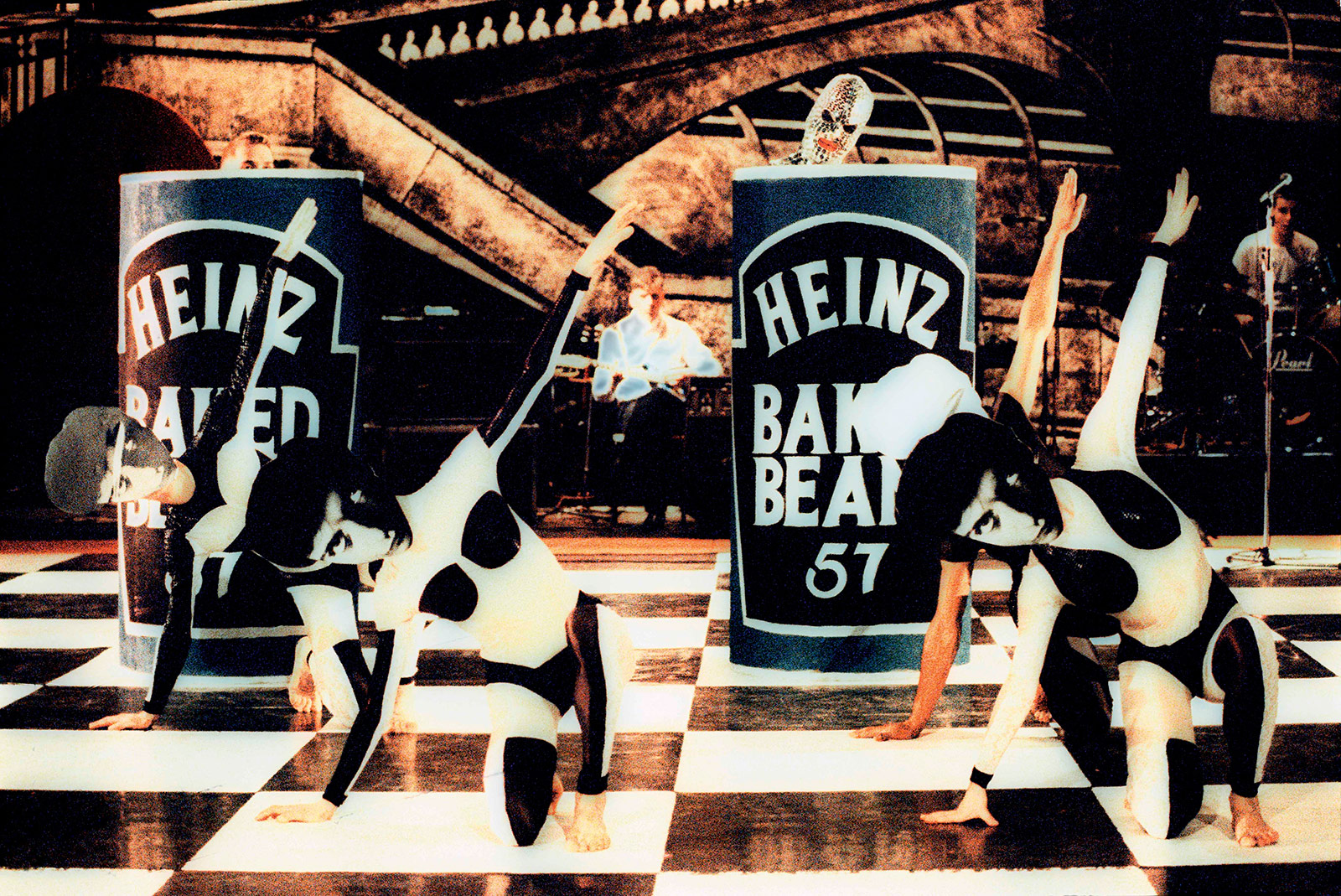 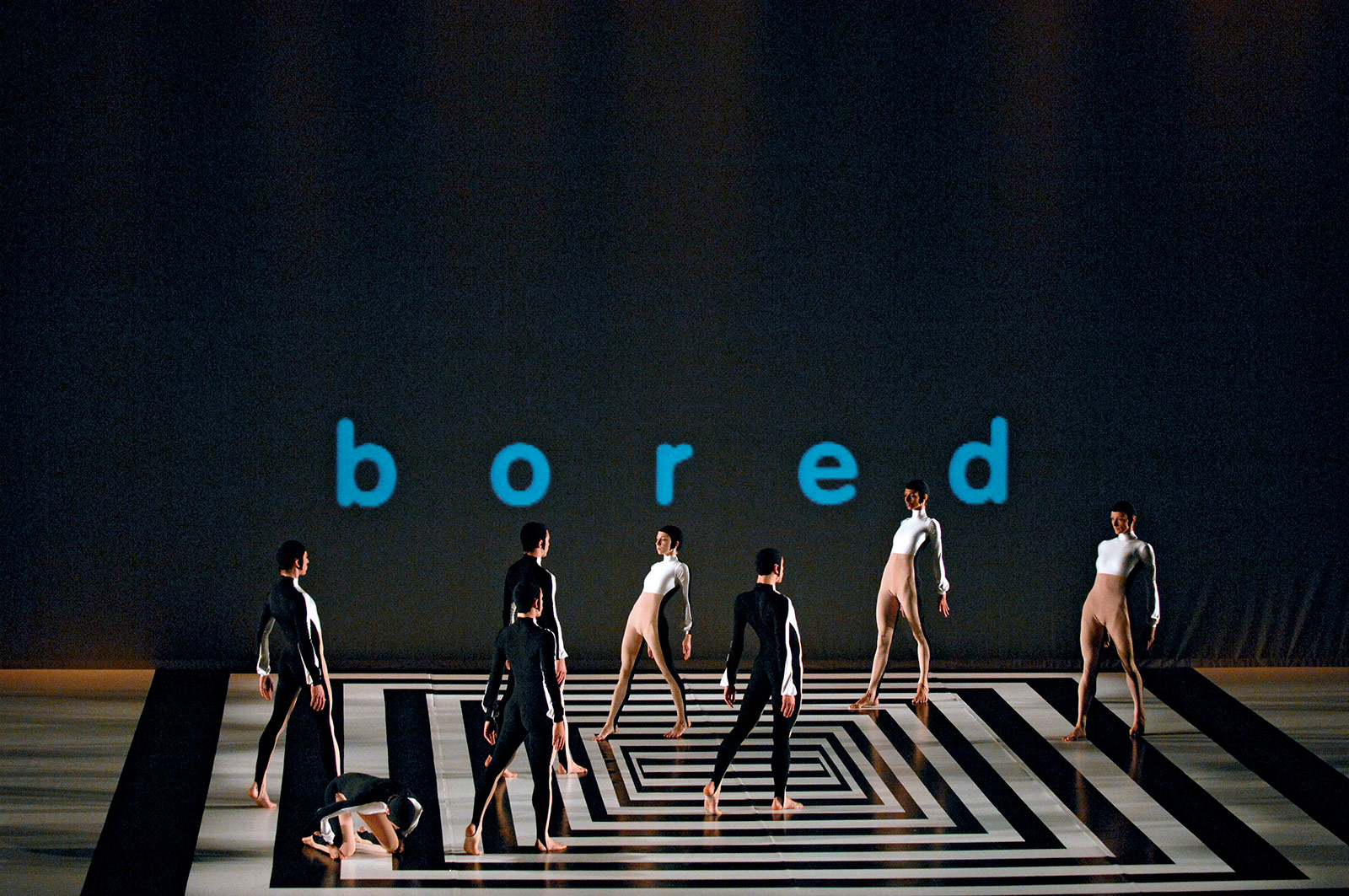