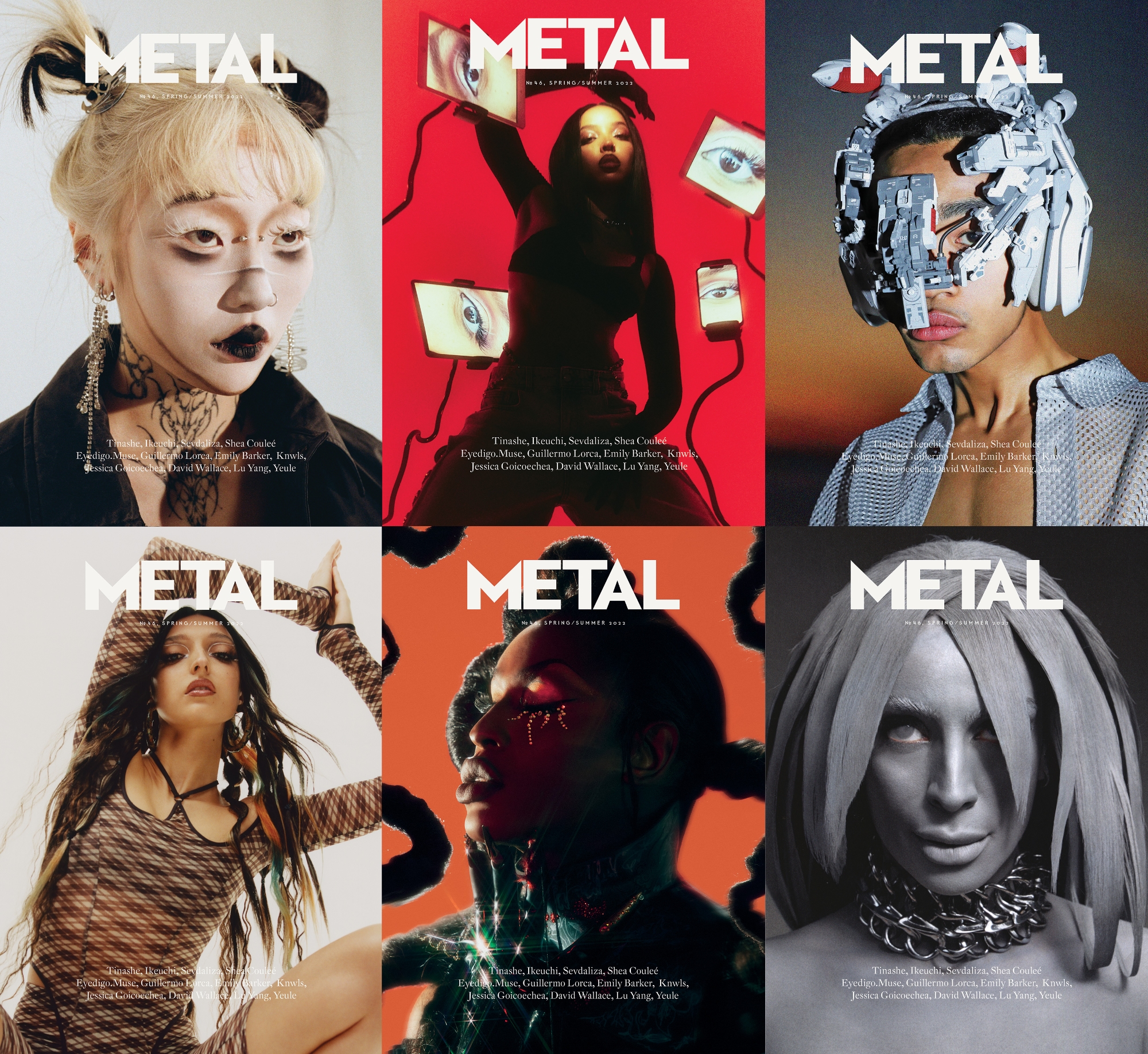 From a universe far away, METAL 46 Parallel Worlds is here. For living fantasies, the metaverse is the promised land and in these pages we invite you in.
After two years of living in a reality that we never imagined would be our own, we fantasise in this edition about the parallel universes in which our lives went on differently. It was too tempting to not. We’ve spent all this time between masks, social distancing and Covid passports but, what if in another universe we kept on with our lives as if nothing had ever happened, oblivious to the pandemic? Or as if we had been capable to stop war and live in peace. Or as if we hadn’t needed to reclaim fun because fun would be the norm and not the exception. I know, I know, nonsense, you must be thinking. But the philosopher and physicist David Wallace, who we interviewed in these pages, has a lot to say about it. It’s not that I feel particularly drawn to quantum theory, although cinema has delighted us with it, Donnie Darko above all and Coherence that had our heads spinning, to mention some of my favourites. Or the one that right now for many was the film of the year, Everything Everywhere all at Once. And although this isn’t a film, this is magazine, this edition has sometimes felt like one.

So, what stories interest us? In general, if we are talking about parallel worlds. Well, let me tell you: we have our minds absorbed by the metaverse. We love digital. We crave to pierce the relentless reality imposed on us. We invent characters who swarm on social media like an improved version of ourselves, we create avatars with parallel lives in virtual worlds. We are getting accustomed to living on the other side of the looking glass where everything shines more brightly and more beautifully. It’s better. What does it matter if the NFT bubble floats in a world of its own or that the fortunate ones (maybe not so much anymore) who, in their day, invested in bitcoin have seen their savings vanish in one fell swoop. It doesn’t matter because the metaverse is the promised land, a blank canvas, an open door to a world with infinite possibilities. Even though nobody really knows what possibilities they are or when we will be able to enjoy them. Because, the virtual – just like everything else – has its fans and its sceptics.“People are trying to go into a world that doesn’t really exist yet and trying to create codes for that world that doesn't really have codes yet. So, I think reality still has power. Social media and digital are really important, but we're not at the metaverse stage yet,” Charlotte Knowles tells us. And she’s not the only one. But for us when we daydream, it’s virtuality that has the strongest pull.

When we decided to work around the parallel universes, in no way was the idea to centre (almost) exclusively on the metaverse. We knew that it would be present, but not as such an overwhelming force: in the aesthetics, in the approach, in the interviews. Every edition is an exciting journey, you know where you start but never where you will end up. In this edition I feel like we have made it to the other side of the screen. It would have been amazing to now, turning these pages, put on our VR glasses and open an app to enter the magazine itself. To swing on our enormous Louis Vuitton bag alongside the models and see ourselves on the TV screens that appears in Tinashe’s editorial. We want to stay to live in Shea Couleé’s universe or do our faces with Carolina Herrera’s new lipstick. But we are only in 2022. Let’s be glad of it, there’s a whole other universe waiting to be explored. 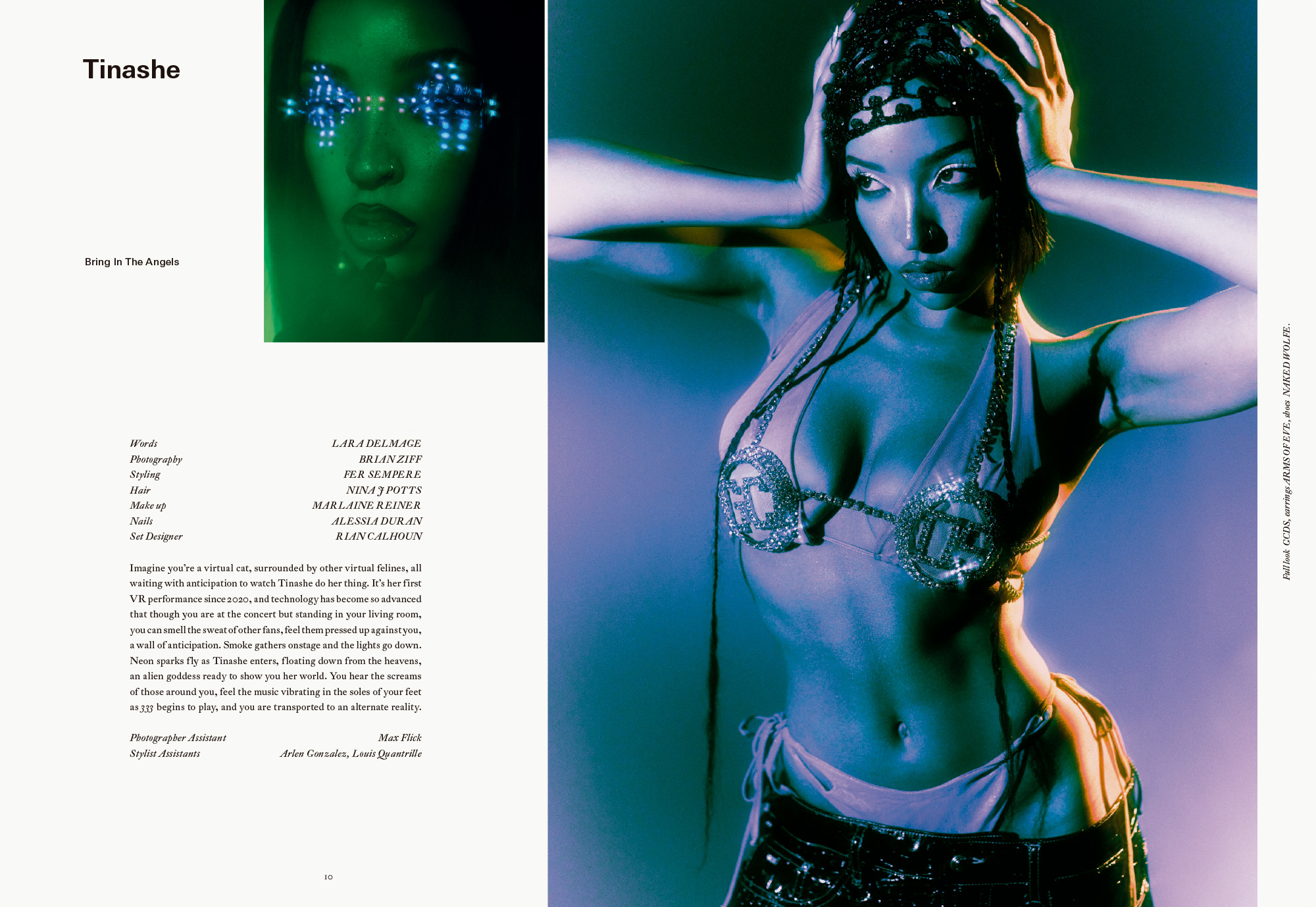 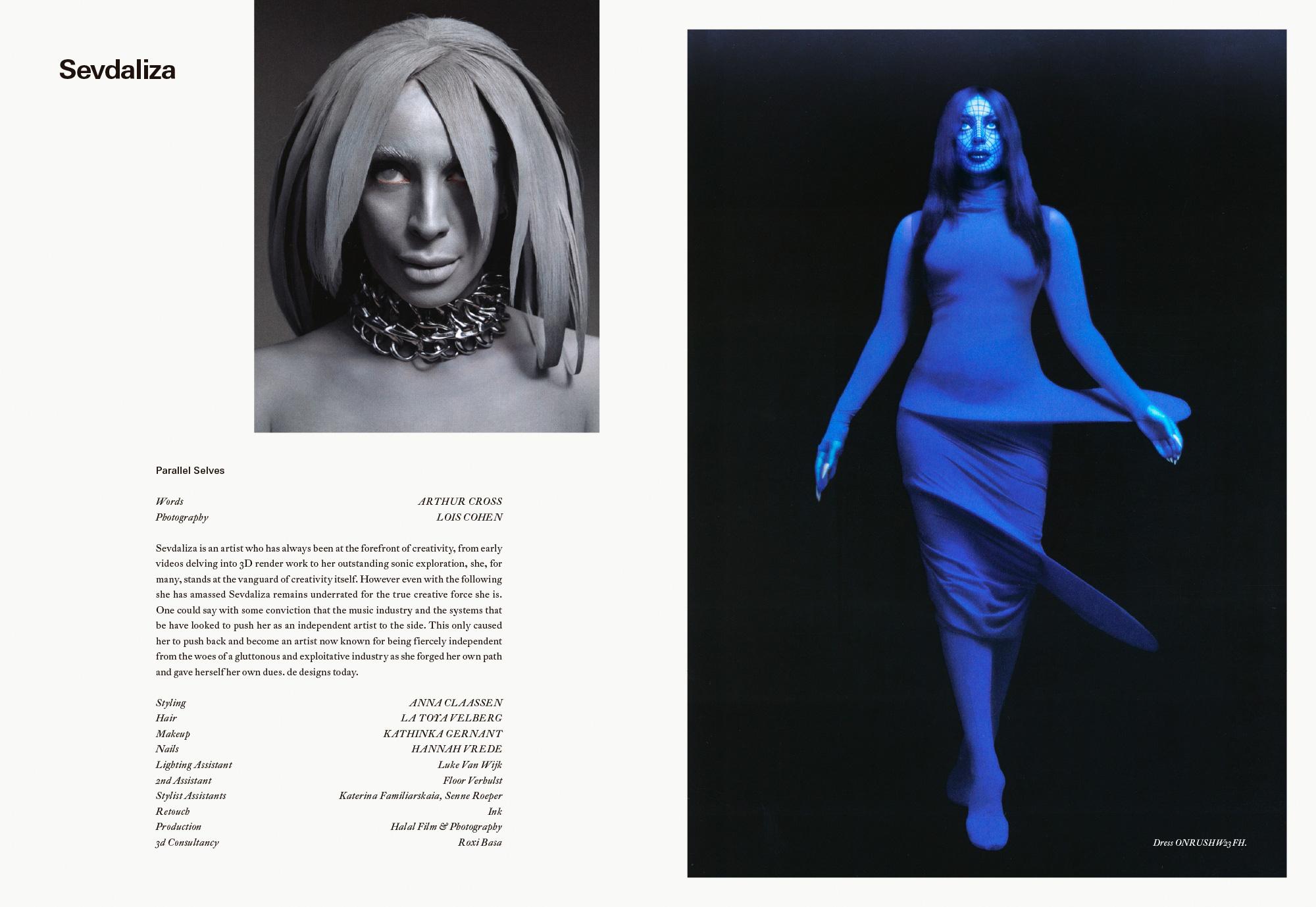 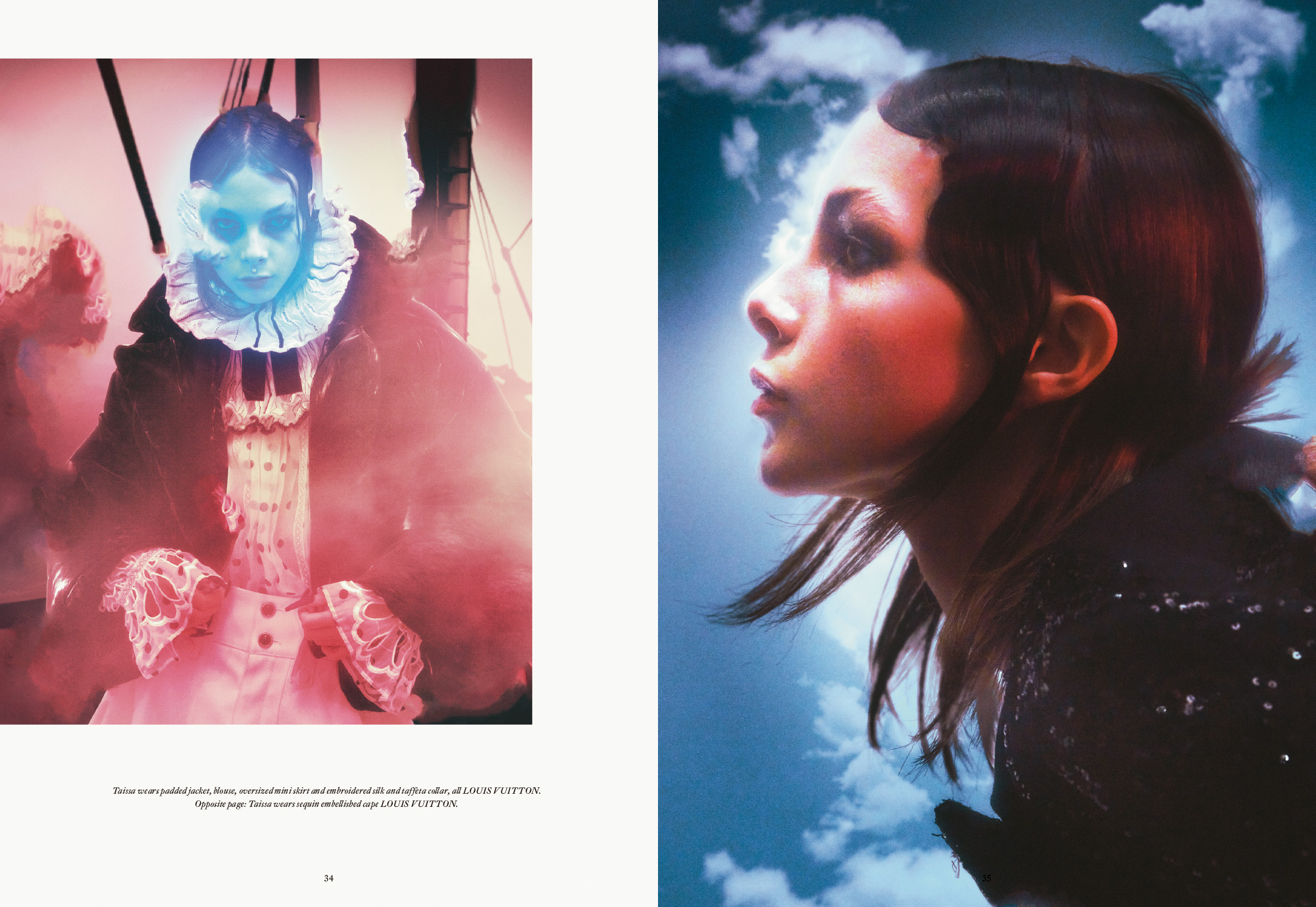 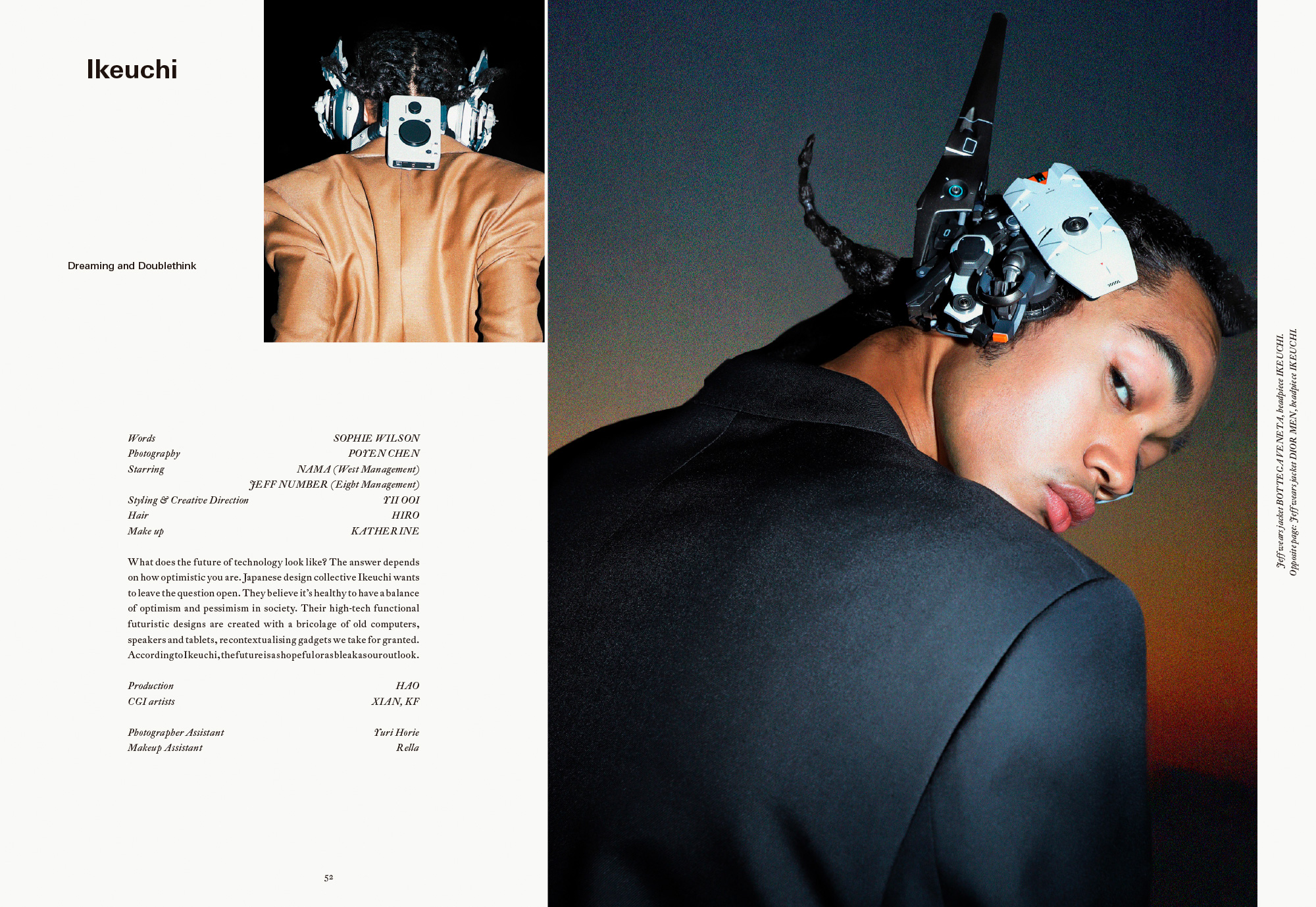 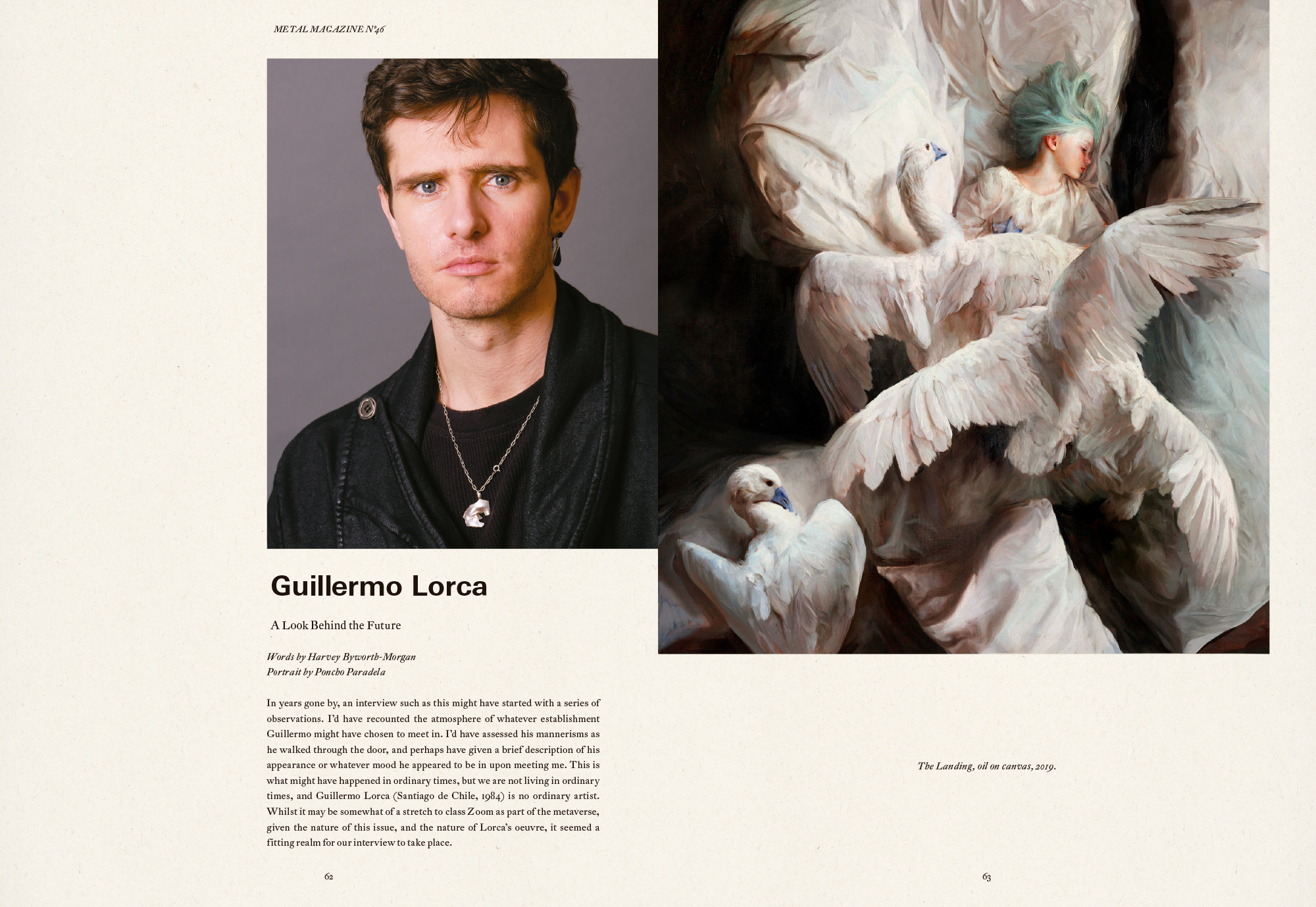 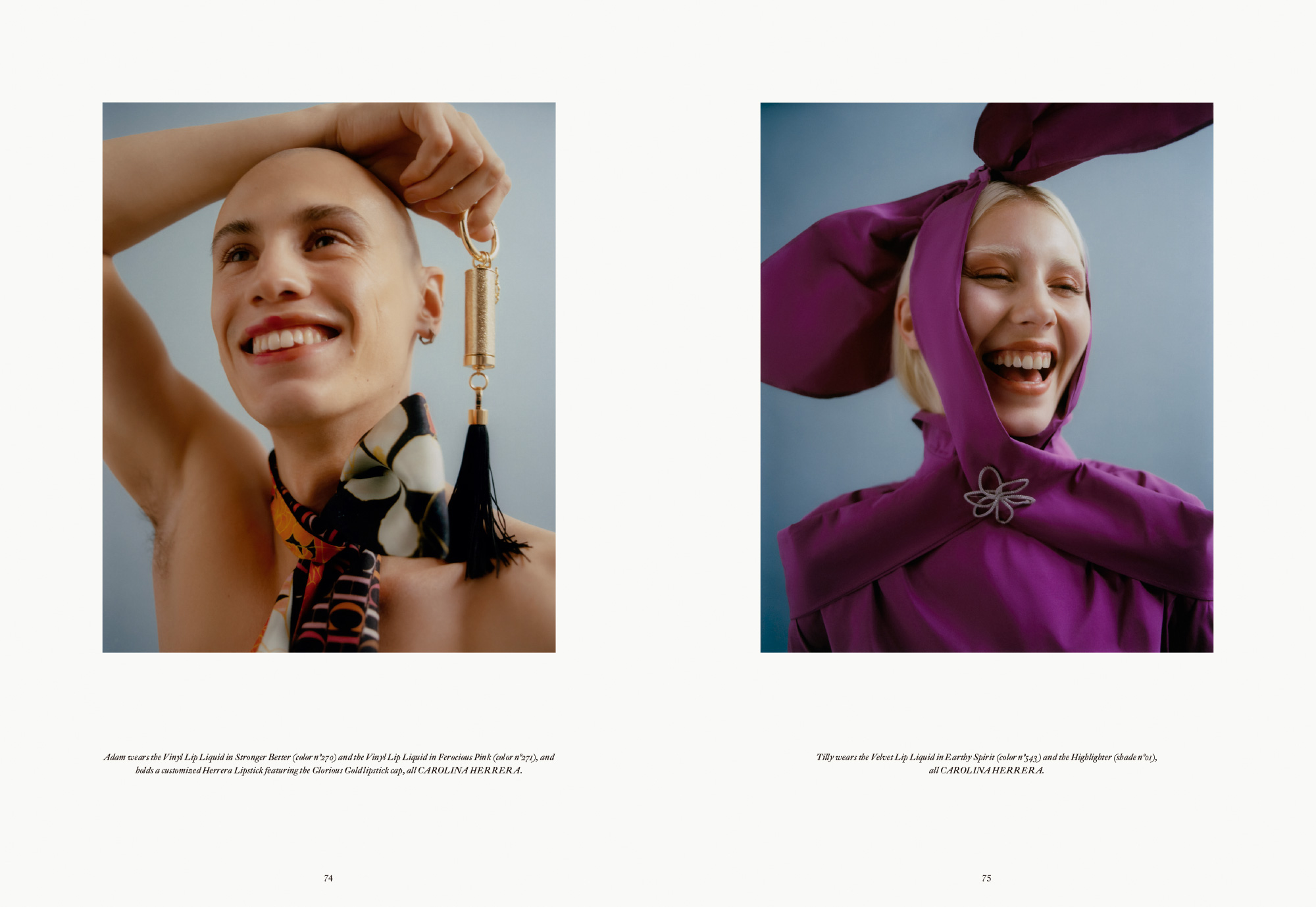 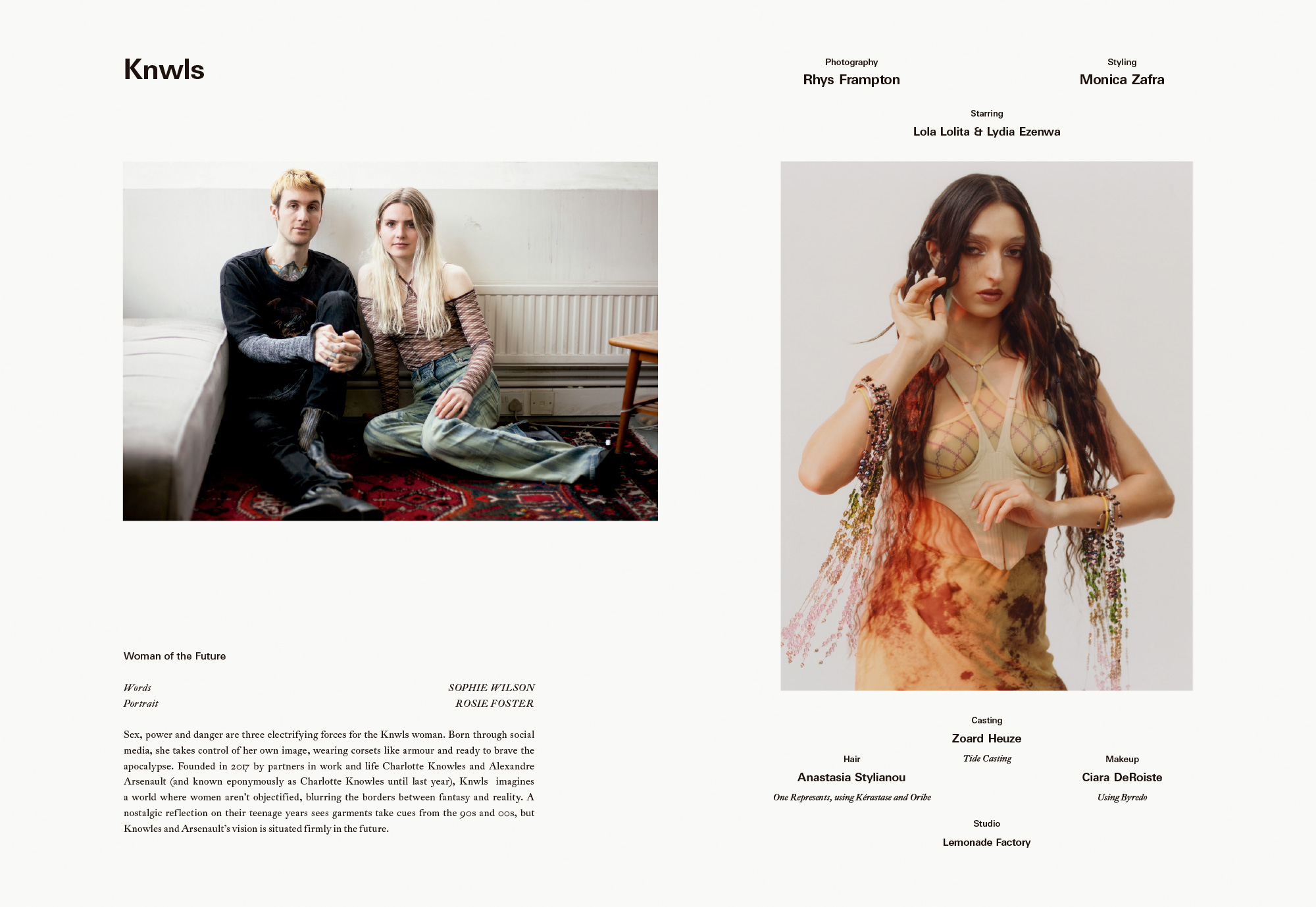 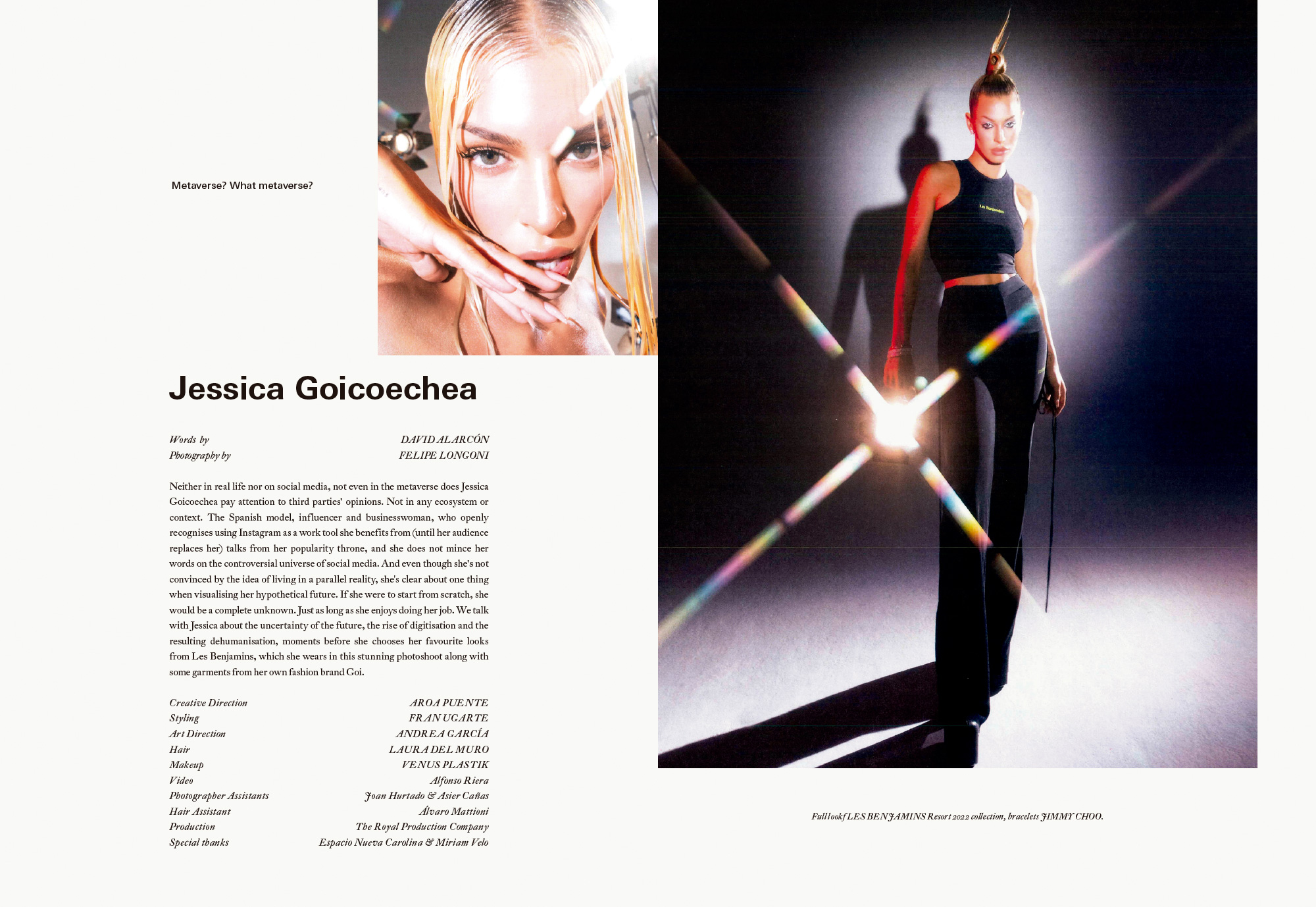 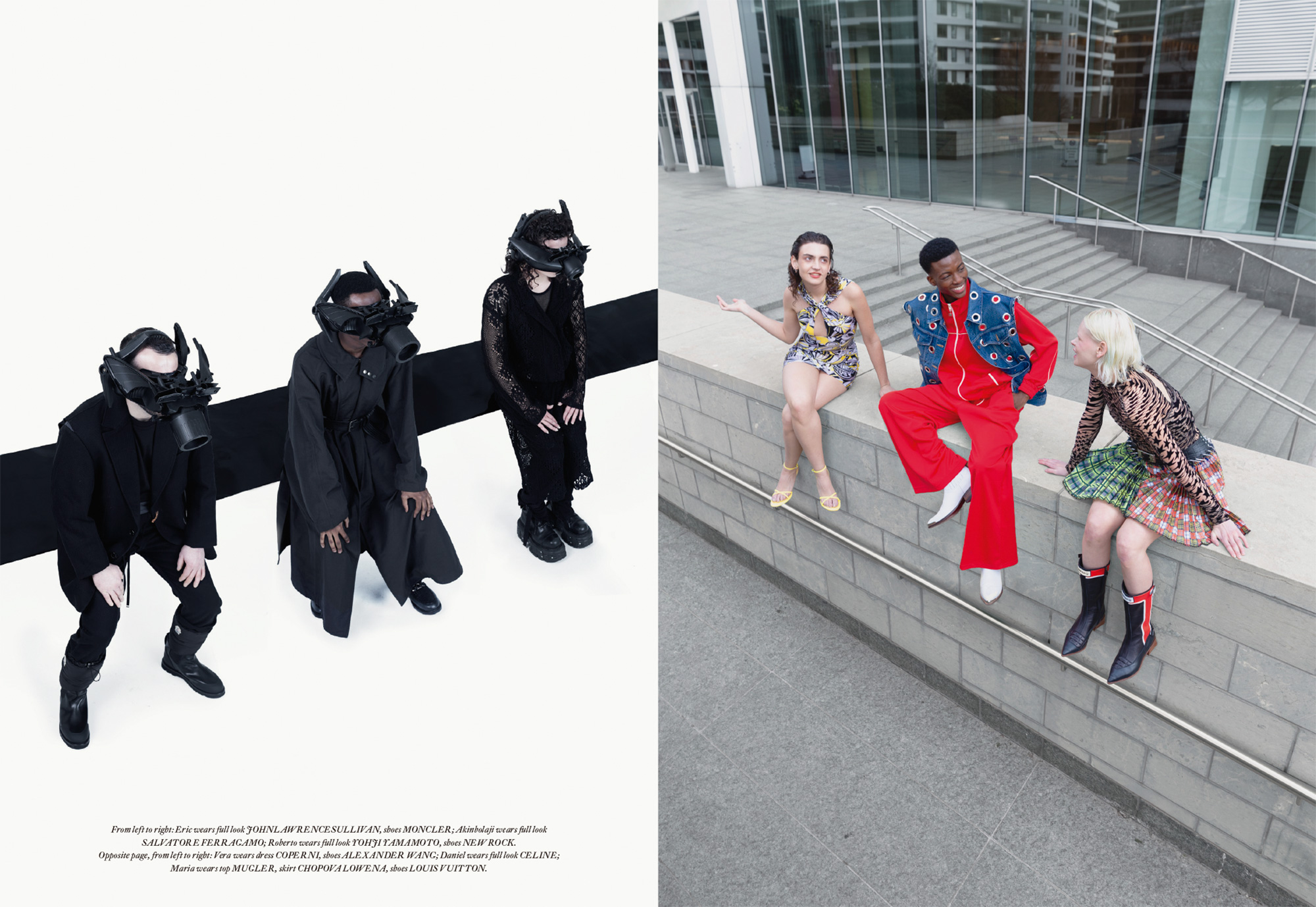 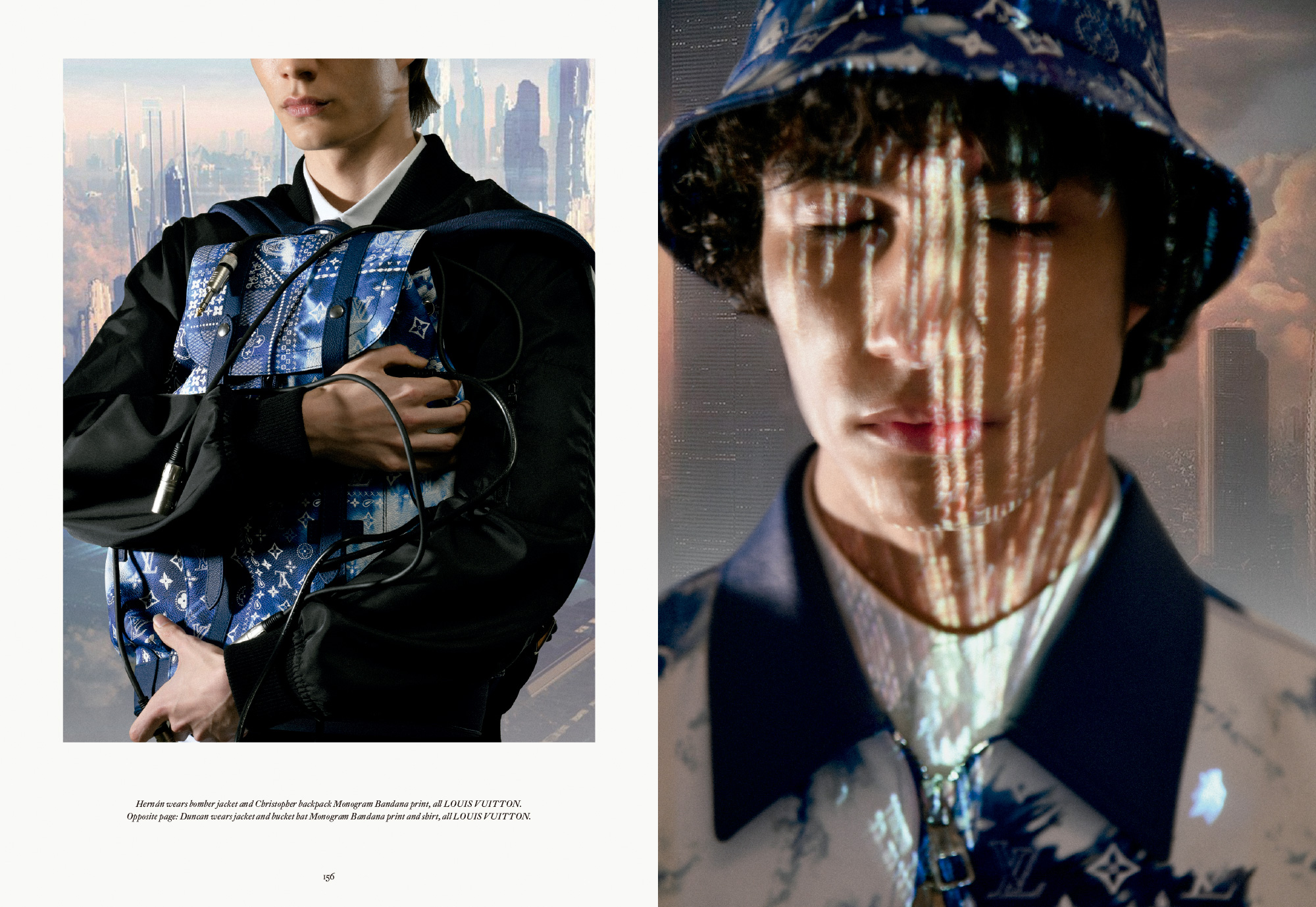 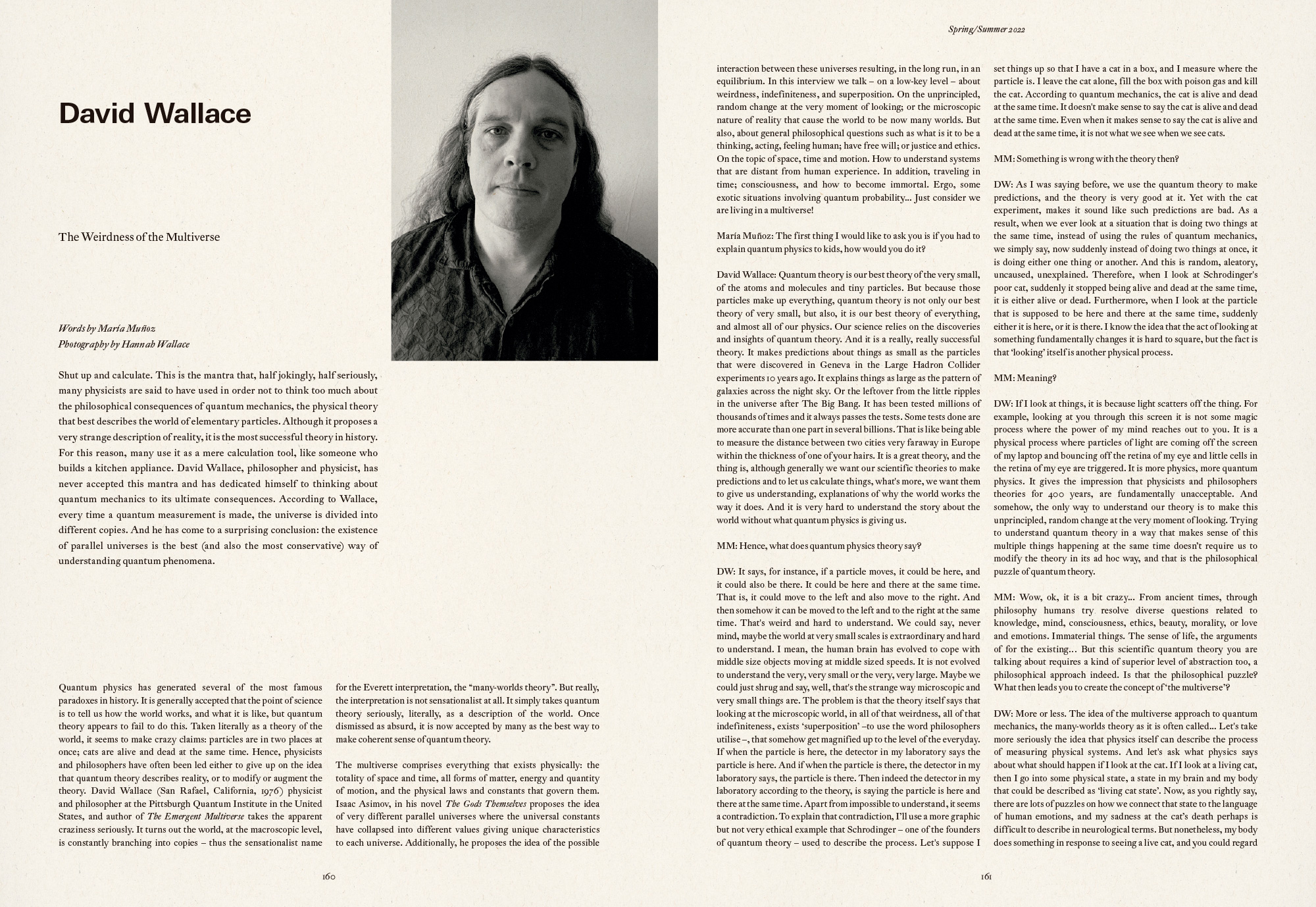 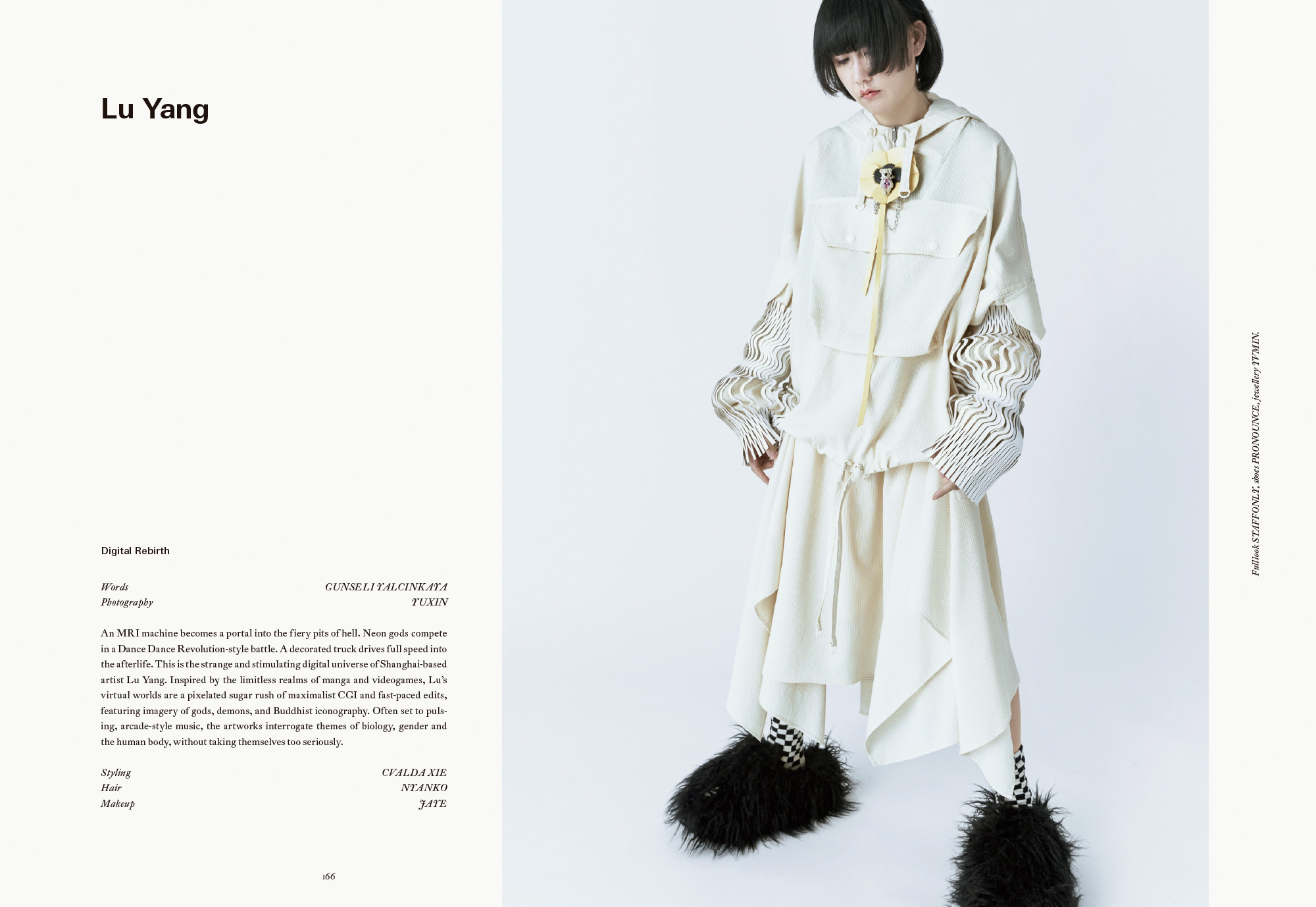 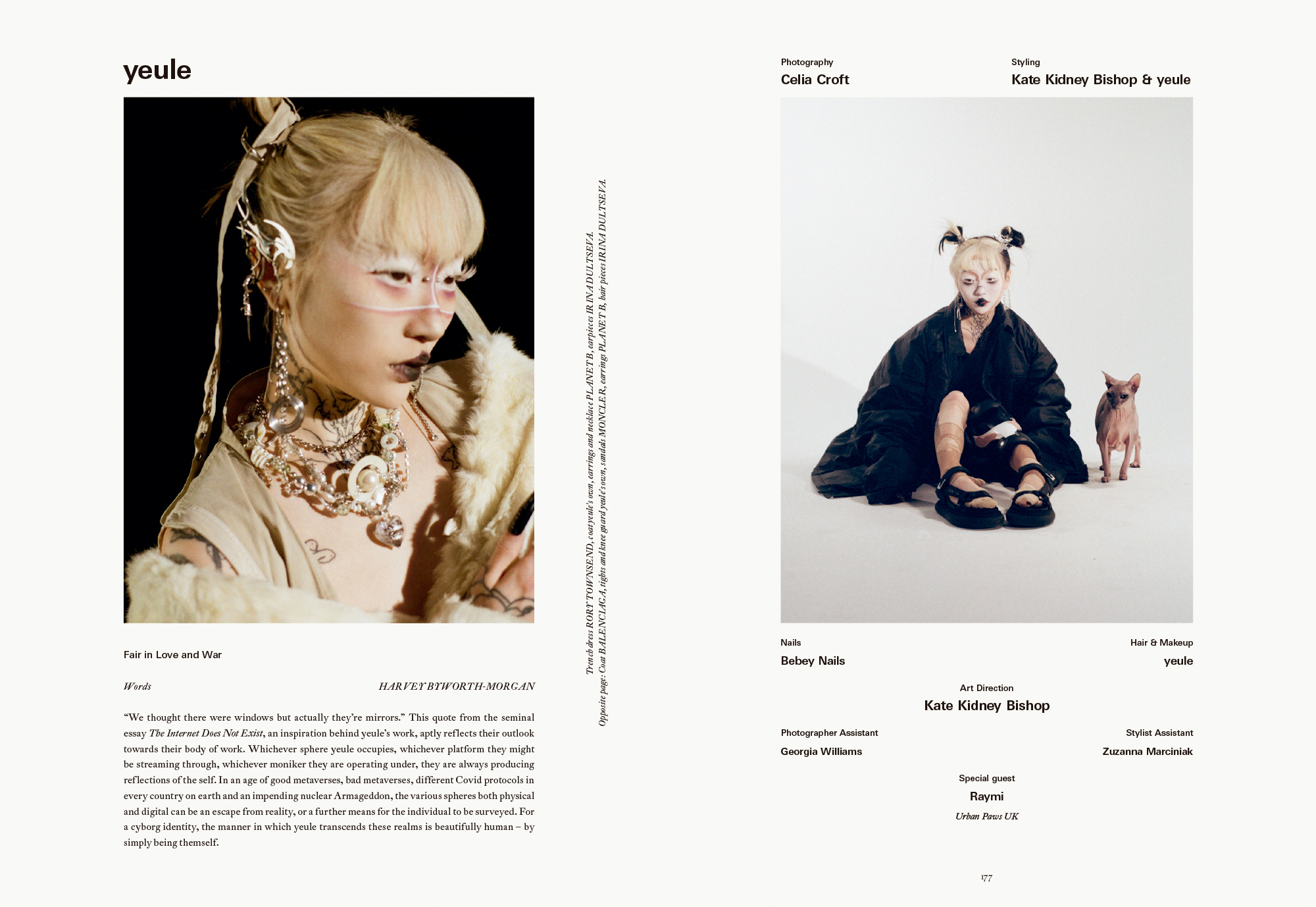 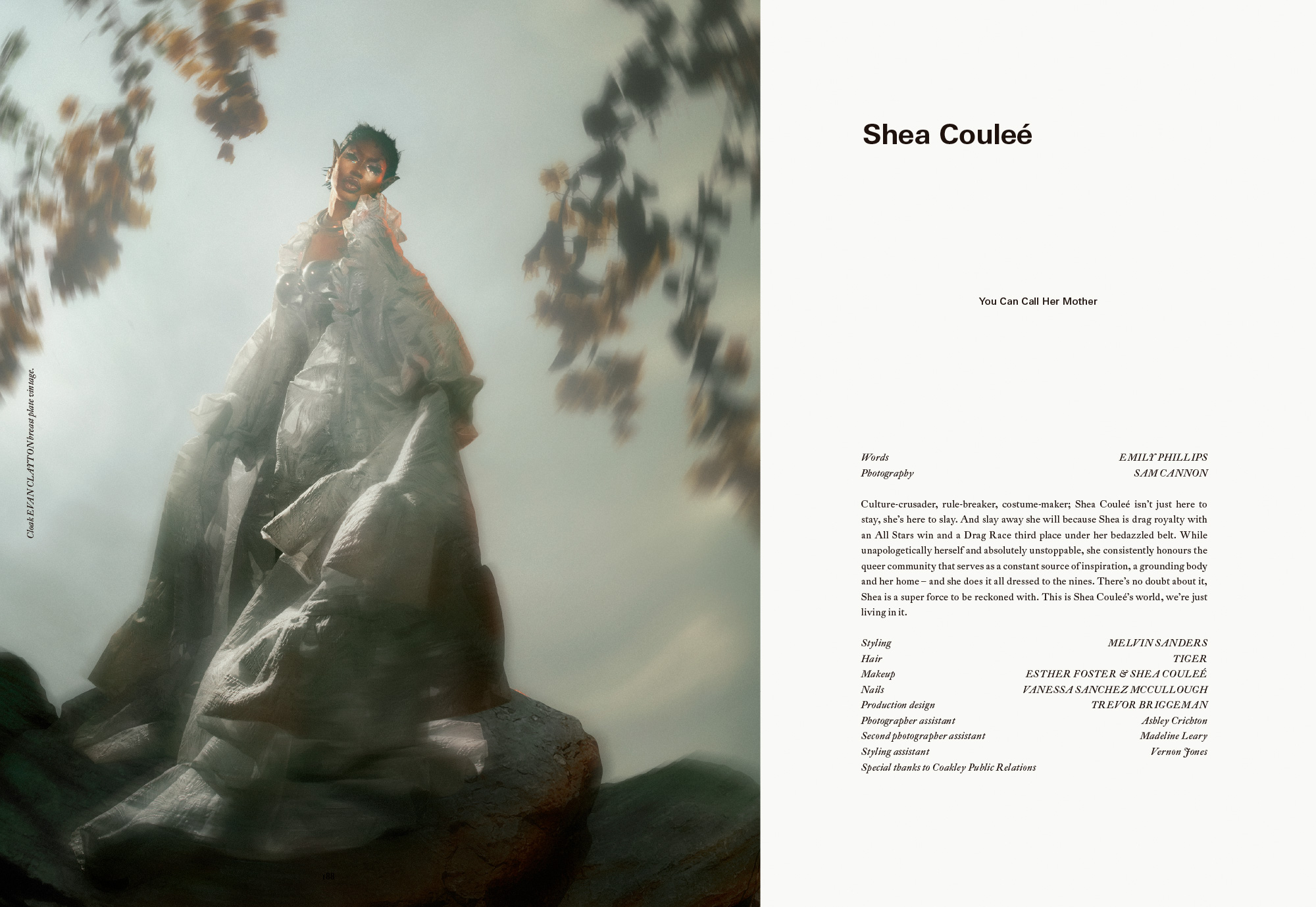 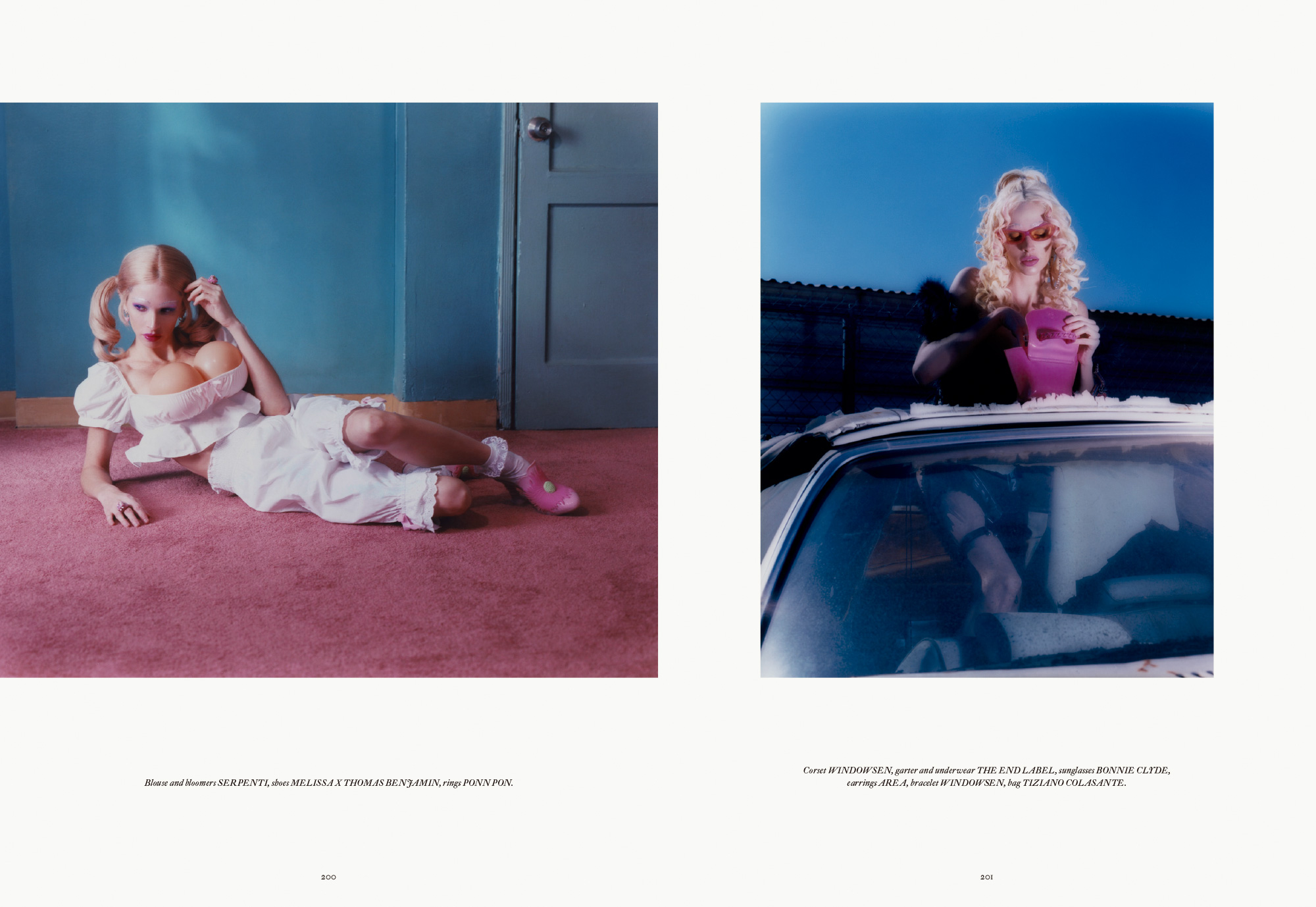