Remaking the past by Nadia Lee Cohen

David LaChapelle's photos are rarely meaningless. His slick and colourful sex-soaked pictures often give the chance to question society's norms and limits. When LaChapelle photographed Naomi Campbell for the December issue of Playboy in 1999, he immersed her into an overloaded scenery to actually stray the eye from what's really there: a zoophilic coupling. A mise-en-scène that has been her only shoot for the gentlemen magazine. What the public retained from that issue? Naomi's infamously saying: “I never diet. I smoke. I drink now and then. I never work out. I work very hard and I am worth every cent.” 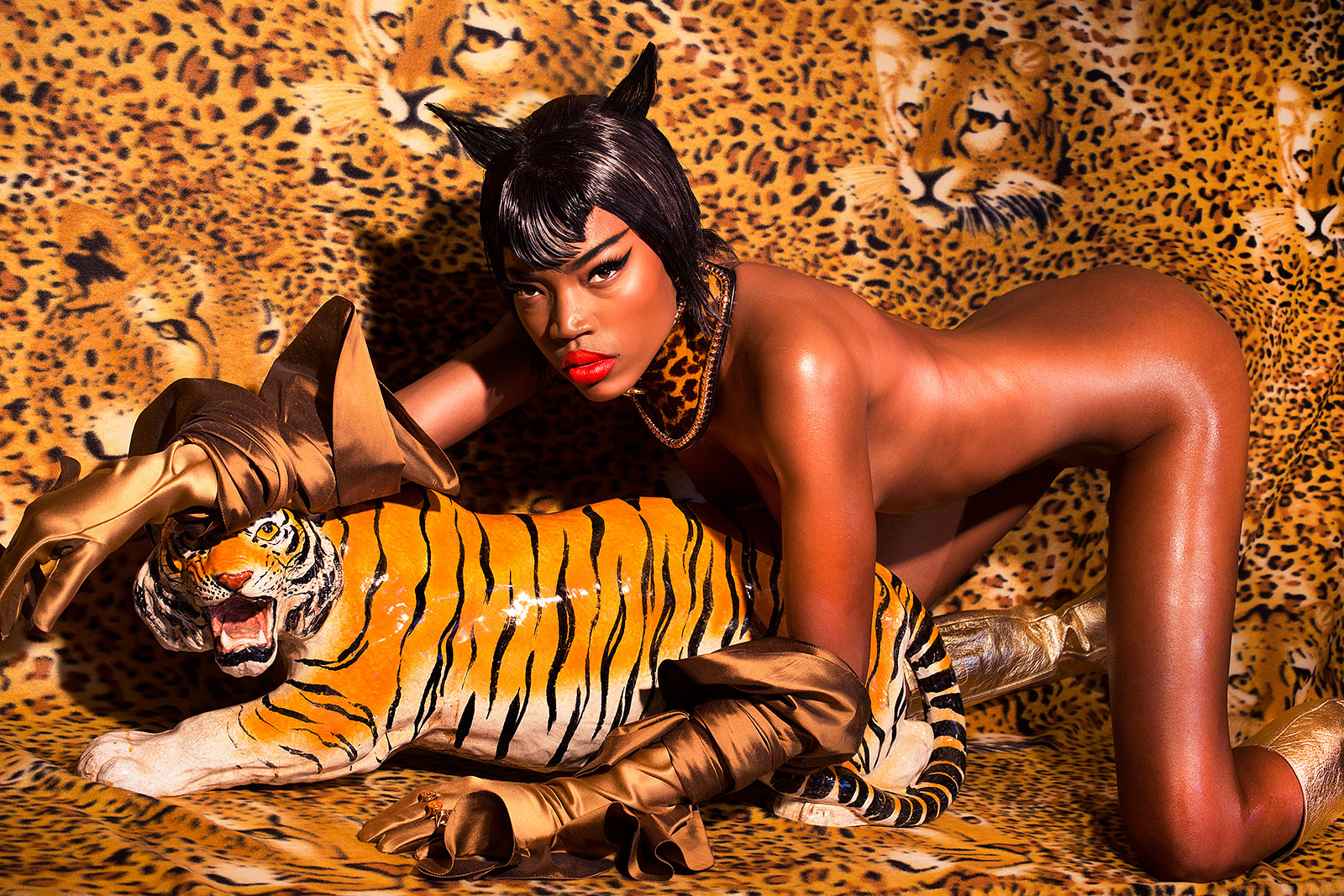 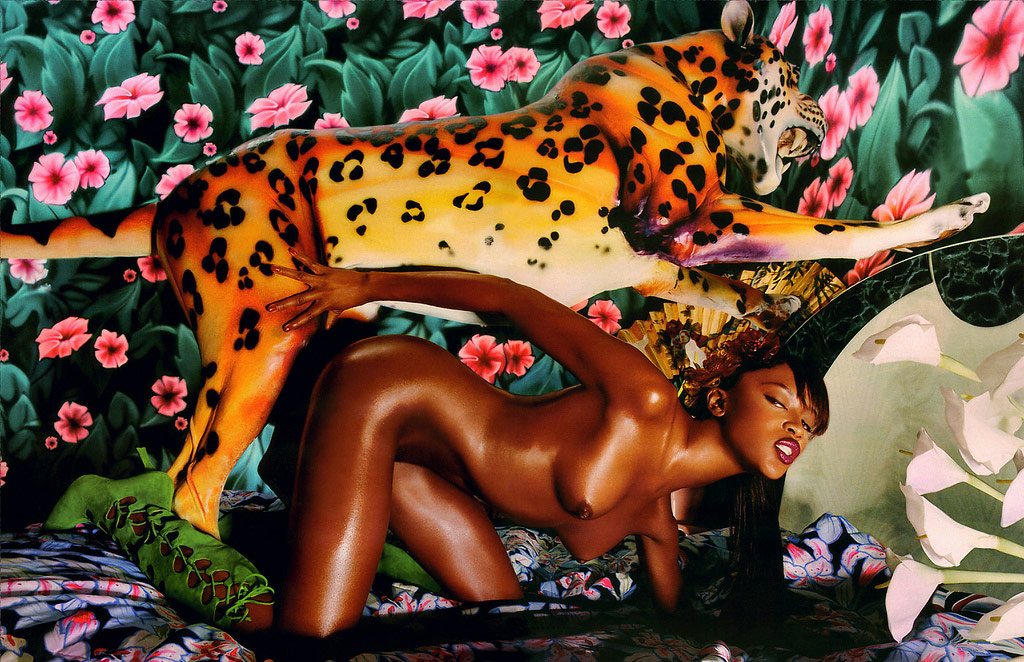