Remaking the past by Mehdi Lacoste

1992 was a year of presidential elections in the United States. For that reason, Donna Karan presented a rather particular campaign, entitled In Women We Trust. At the heart of the female empowerment era, Peter Lindbergh starred model Rosemary McGrotha as President; a dream within a dream! A faultless and sensual woman in those famous suits swearing on the Bible. Far from a feminist statement, it was for Donna Karan “simply a statement that when times are bad – and this country is in trouble – you turn to the motherer, the nurturer. I’m more of a female humanist, an equal opportunist, than a feminist.” That year, though, Bill Clinton was elected; and you know what happens next, twenty-five years later. 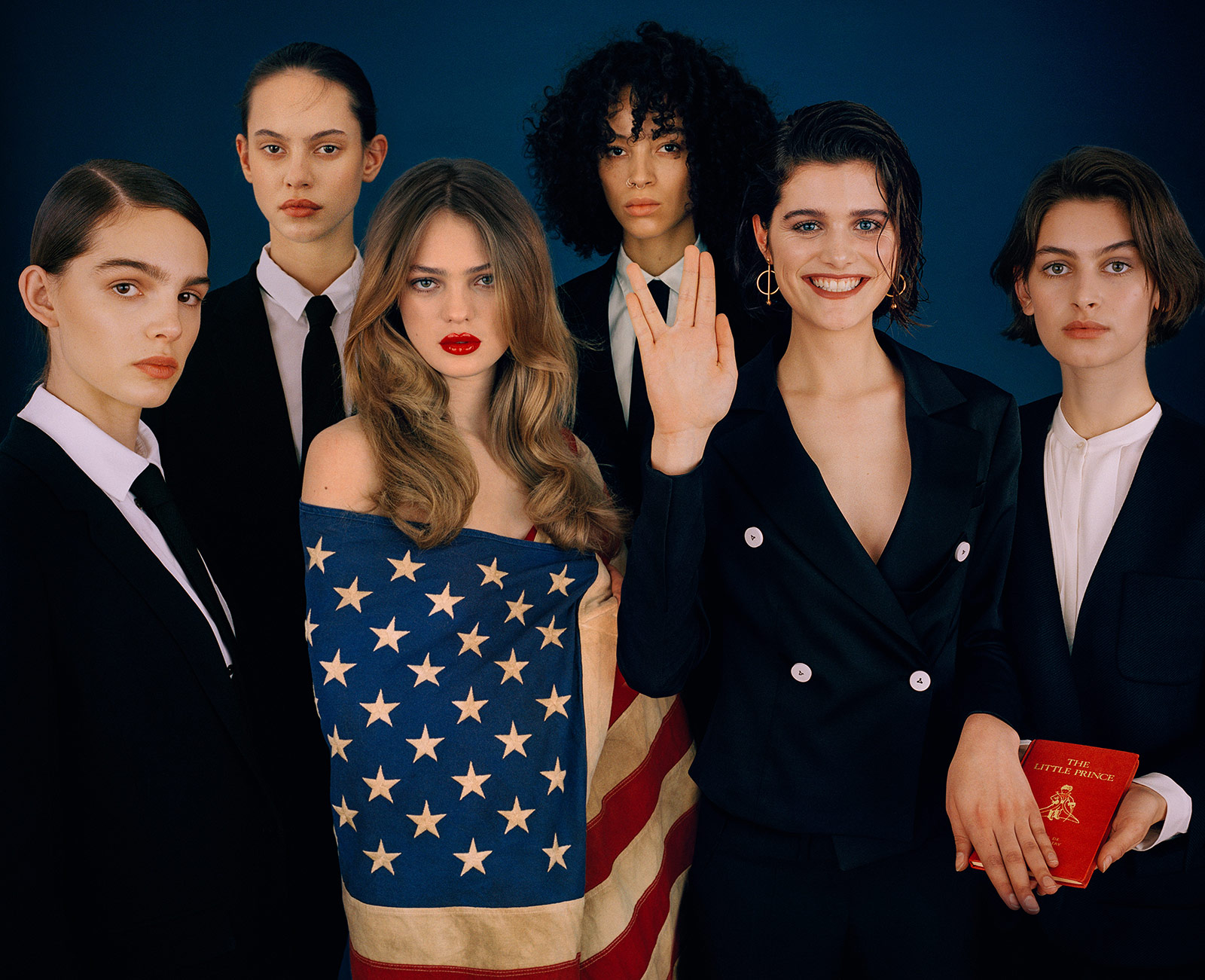 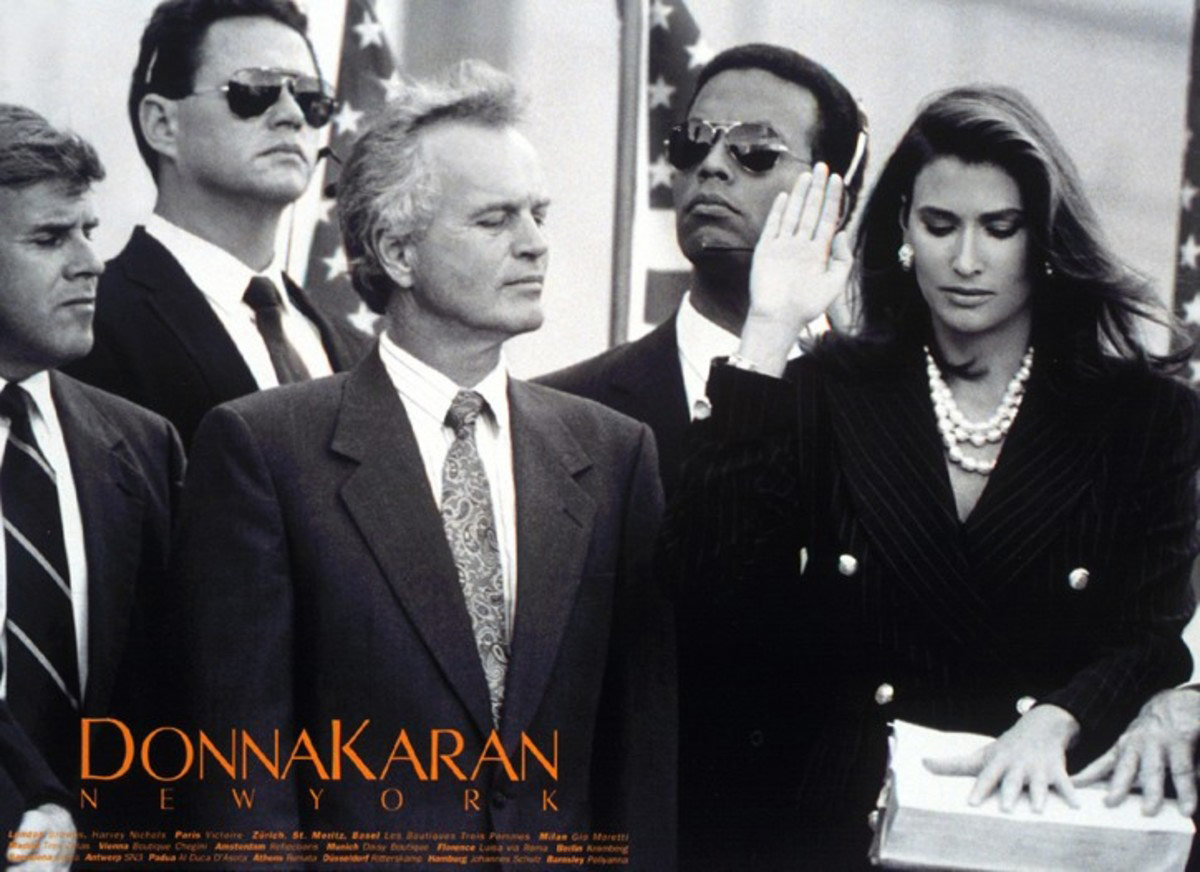 Donna Karan In Women We Trust campaign 1992 by Peter Lindbergh.