Would the tuxedo by Yves Saint Laurnet be so iconic without this photo? In 1975, Vogue Paris' editor Francine Cresent commissioned Helmut Newton to oversee one of the season’s fashion spreads. At Rue Auriot in Le Marais – where the photographer had been living for fourteen years – Newton captured the enigma of the tuxedo as the controversial statement of femininity it actually was. Composed as a paparazzi shot, the photo is simple: an androgynous, drop-dead gorgeous woman in an alley of Paris by night smoking a cigarette while showing confidence, elegance and a sense of distance 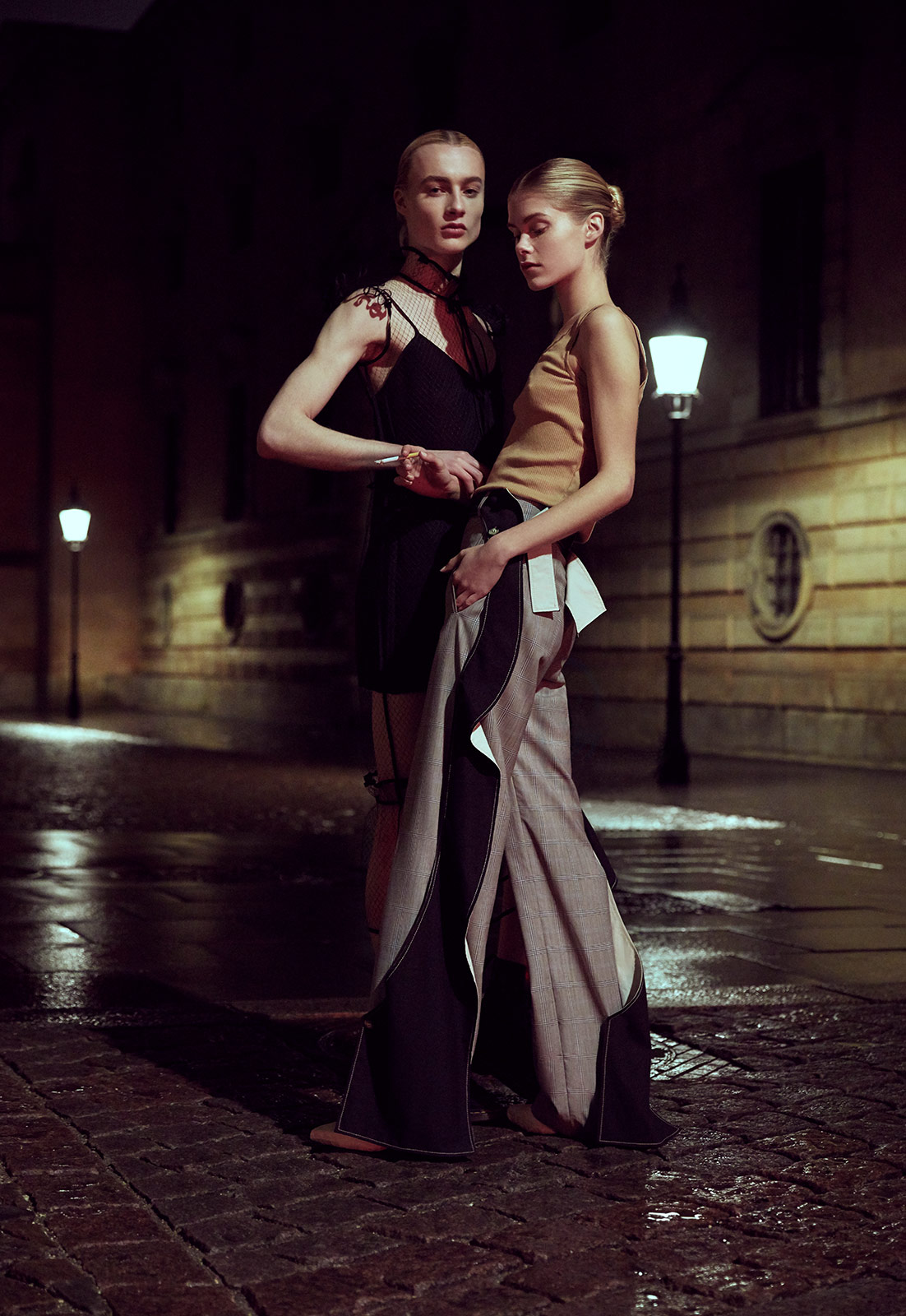 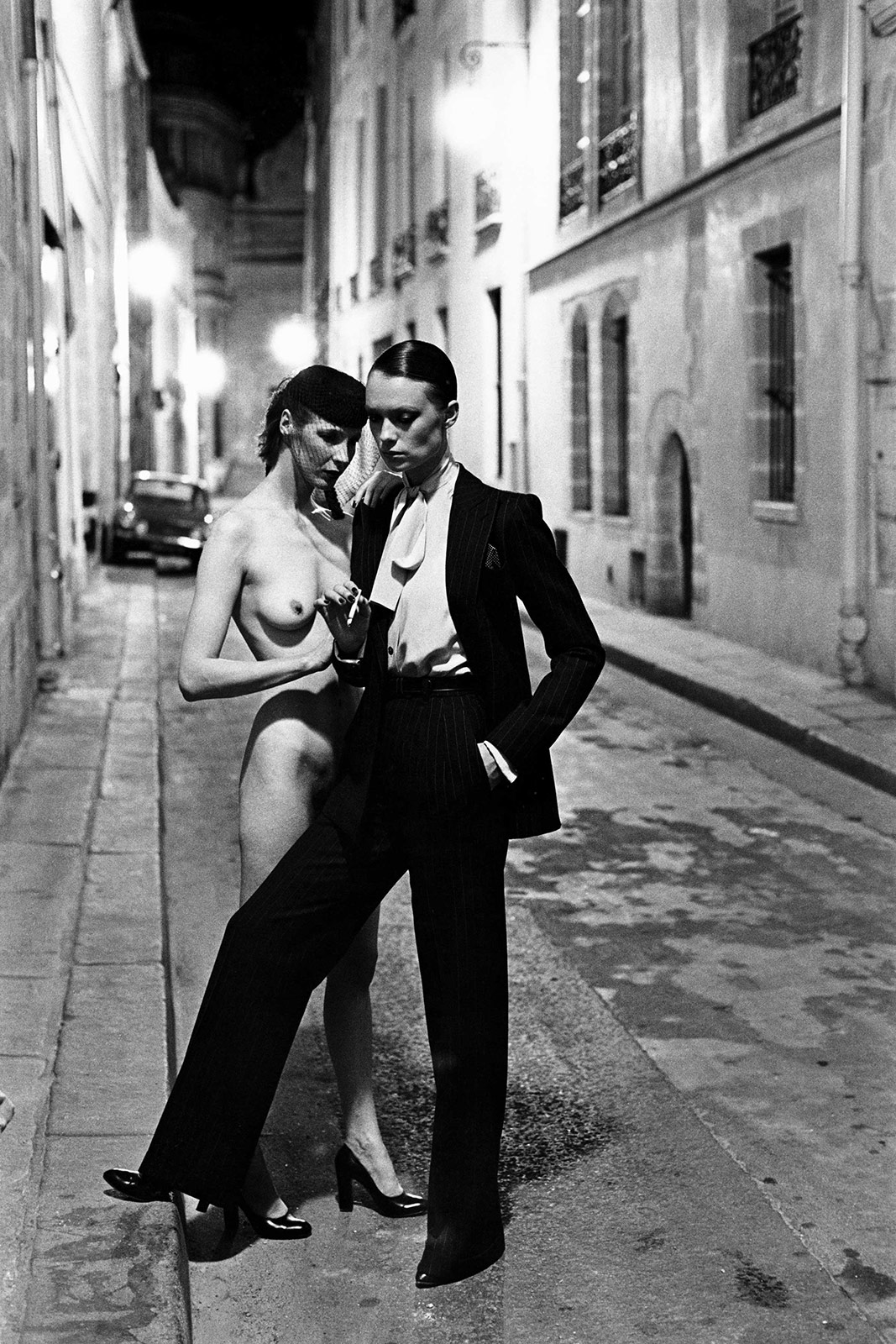