Fashion is right on track 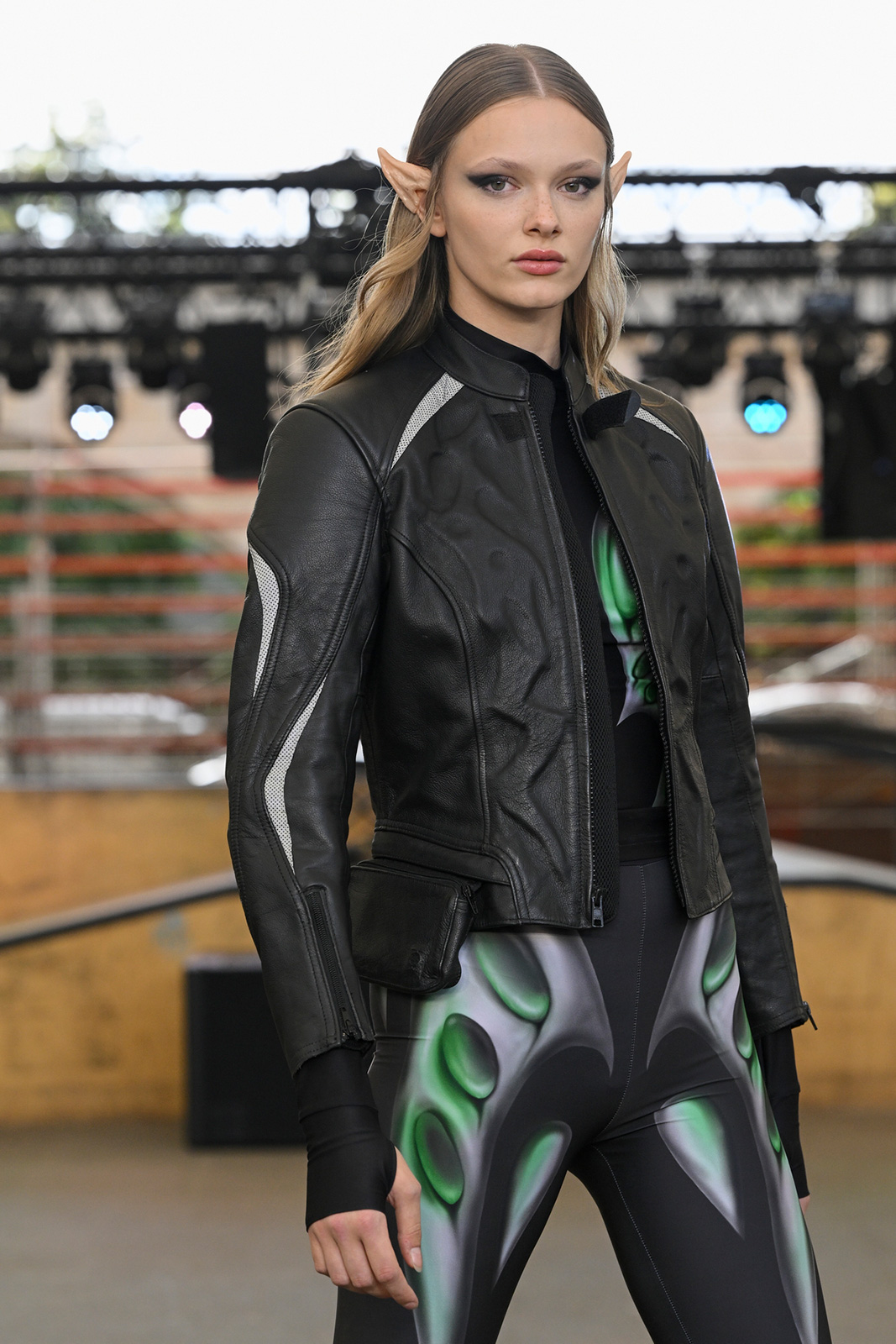 Every country has its own style, its own trends, its own particular and unique way of living life; a vision that is always reflected in the way its inhabitants express themselves through art and fashion. It is to be expected that a country like the Czech Republic, with such an important artistic heritage, would be no exception in the field of fashion, and their latest edition of the Mercedes-Benz Prague Fashion Week more than proves it.
This time around, in its ninth edition, the meeting point was the Mystic Skatepark Štvanice, an unusual setting for a fashion event but one that fits perfectly with the innovative, young and free spirit of the designers who have presented on their tracks. The trains that periodically passed by the enclosure, making a background for the catwalks, finished giving the urban and metropolitan touch to the experience.

An edition with a wide and varied offer, with proposals for all tastes. From the youngest creators with catwalks dedicated to students of local fashion schools such as UMPRUM, Technická Univerzita v Liberci and Univerzita Tomáše Bati ve Zlíně, to the more established ones such as Liběna Rochová, who chose the installations of a bank for her catwalk. In Jakub Polanka's fashion show, the backstage was brought to the front, allowing the public to witness the changes in looks that the models experienced, and in Vanda Janda's runway, pink was the protagonist, in front of a large number of attendees, in what was the most crowded catwalk of the edition.

Among this wide variety of proposals, three stood out for their innovation, creativity, and authenticity.

Tobias Equipment
With a loyal army of followers in the front row and a name already known within the emerging design scene, Tobias Schubert presents his collection in which, as his brand name suggests, he showcases the equipment that will dress the new generations. Models with elf ears, bold makeup and sleek hairstyles, in the style of a video game, wear a variety of garments ranging from tight bodysuits, classic bomber jackets and many leather pieces, including wide pants and biker jackets. The common thread between them is not only the futuristic and sci-fi style of the garments but the graphic prints that complement most of them, patterns in neon tones that, in addition to giving the personal touch of the firm, provide optical illusions of volume thanks to their strategic location to fit the figure.
In addition to the more conventional textile pieces, Tobias Equipment presents an exhibition of unusual garment manipulations for a fashion brand, but more common in other disciplines such as cosplay or costume design. As he himself explains, his times of playing MMORPG (massively multiplayer online role-playing games) all day long have moved to a series of codes and influences in which the virtual jumps to reality. Just watch the video created as a teaser for his collection in which a portal opens in the same skatepark where the story he wants to tell starts. With one of his looks gracing the cover of the latest edition of Vogue Czechoslovakia, there is no doubt that he is a name to be reckoned with. 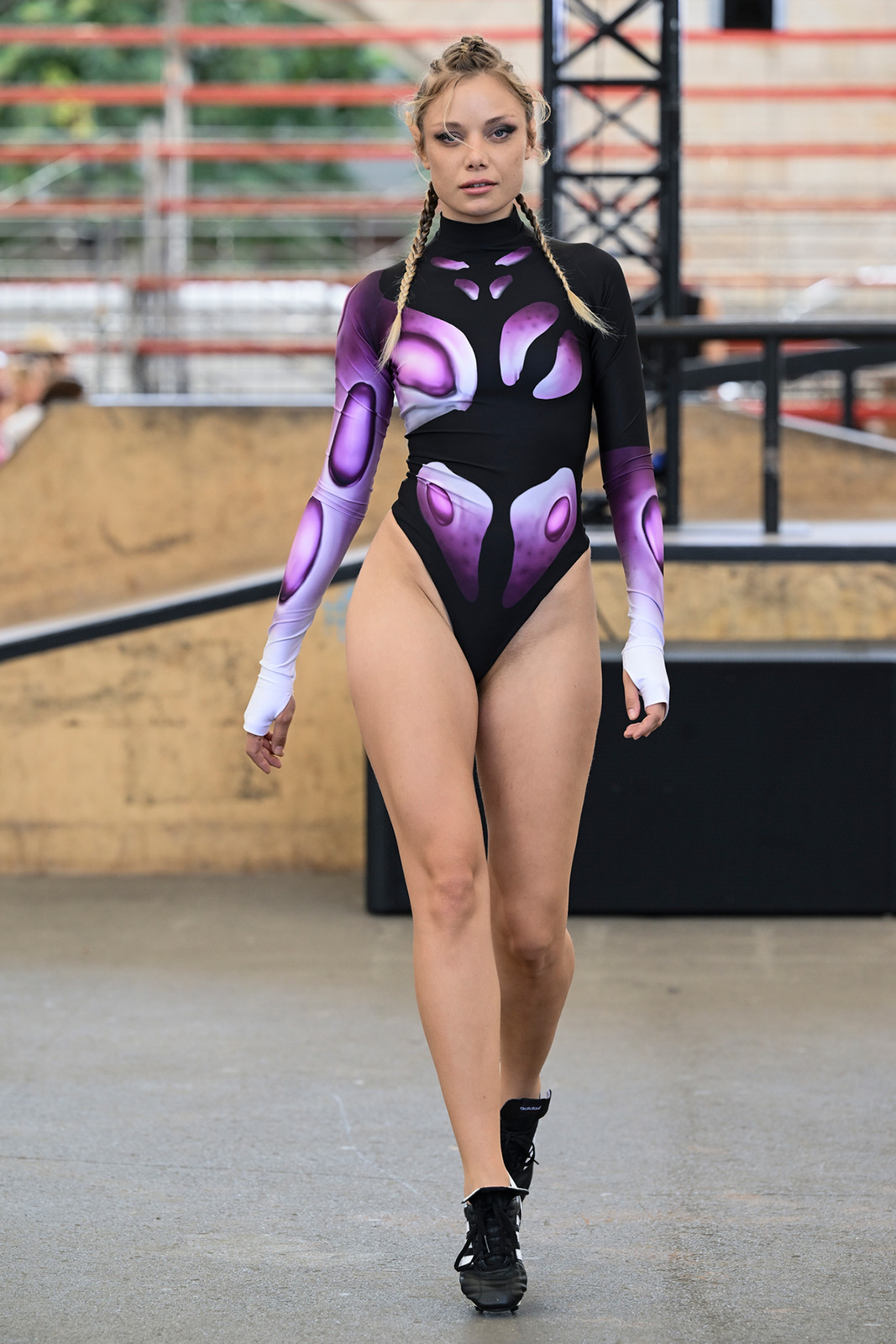 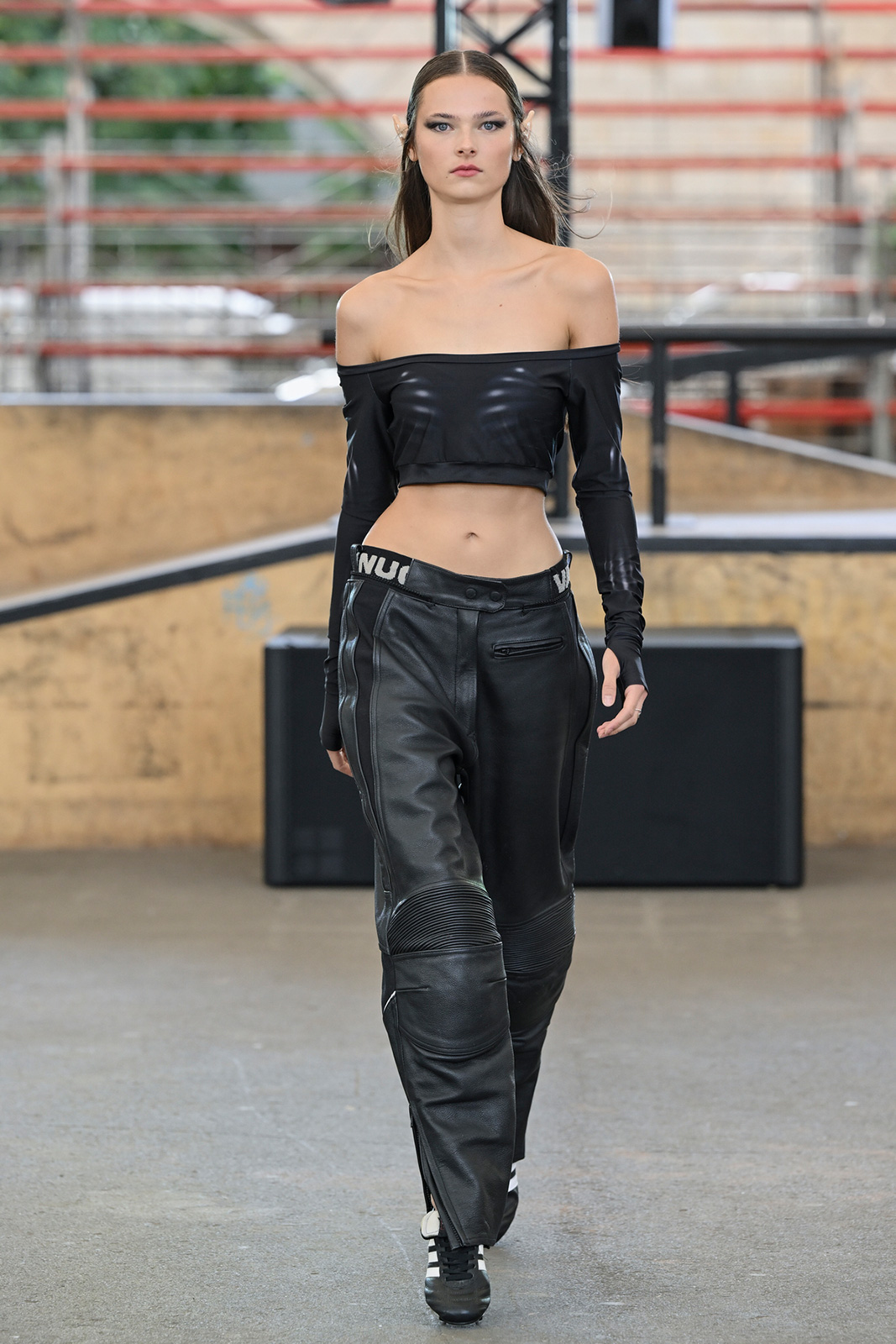 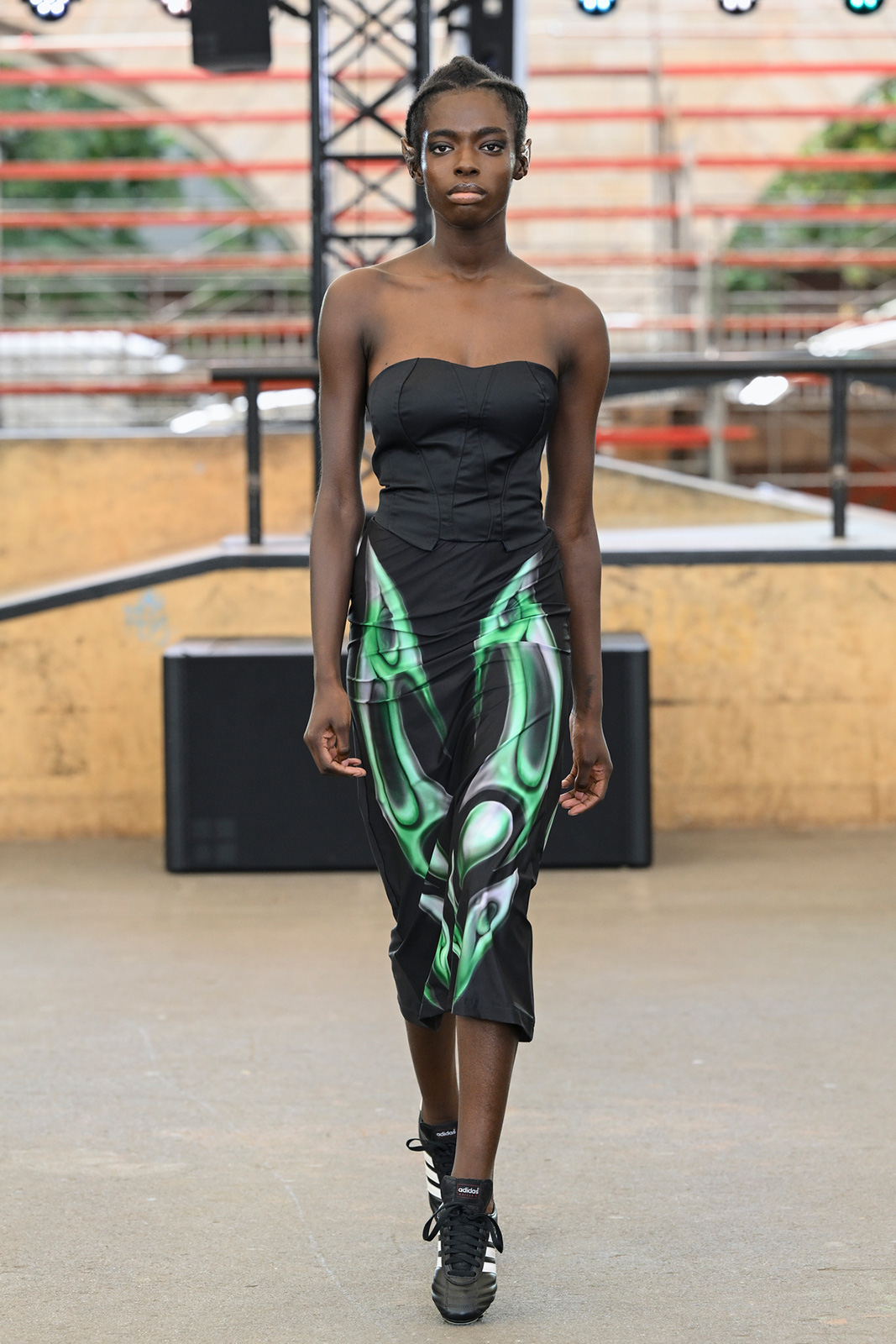 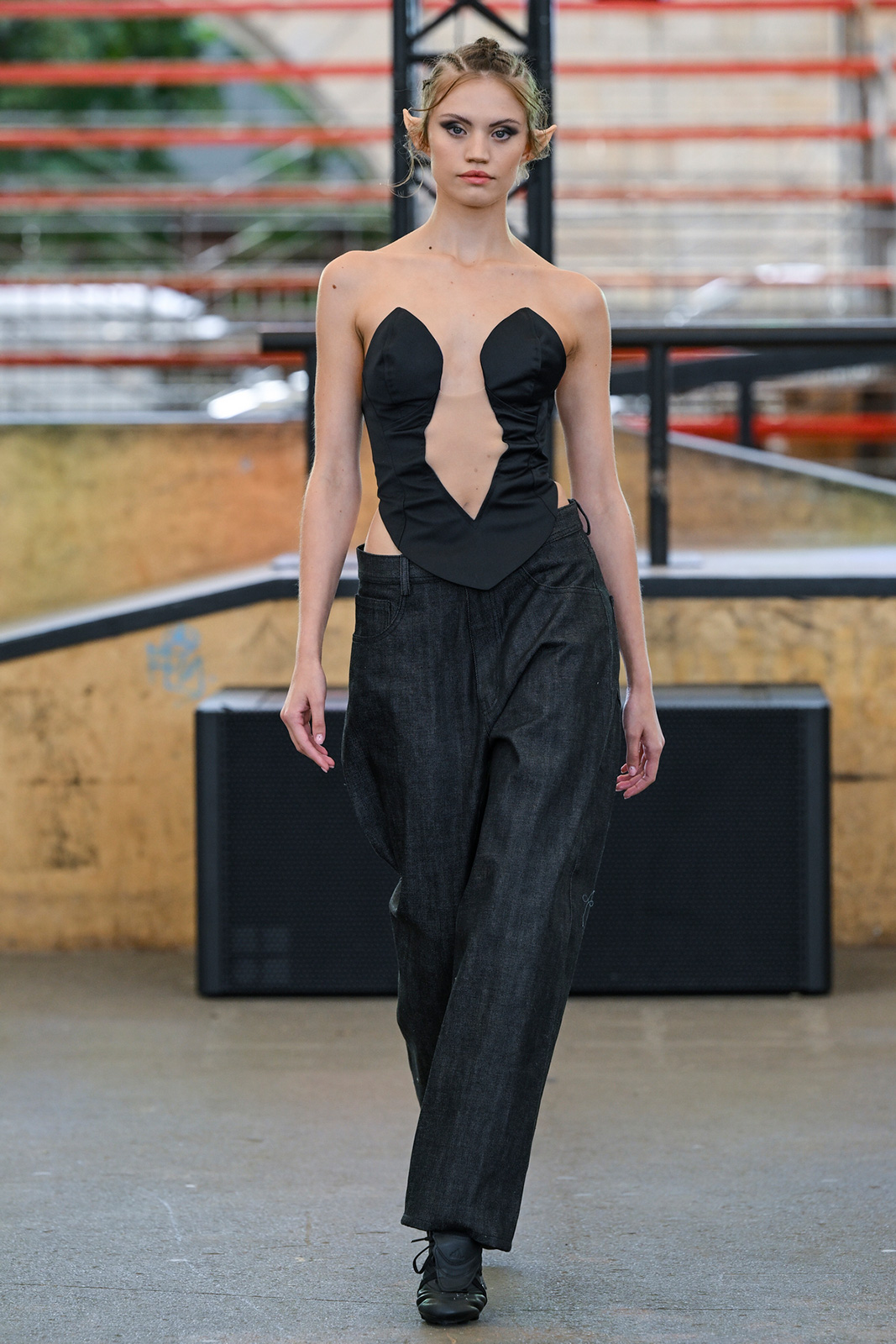 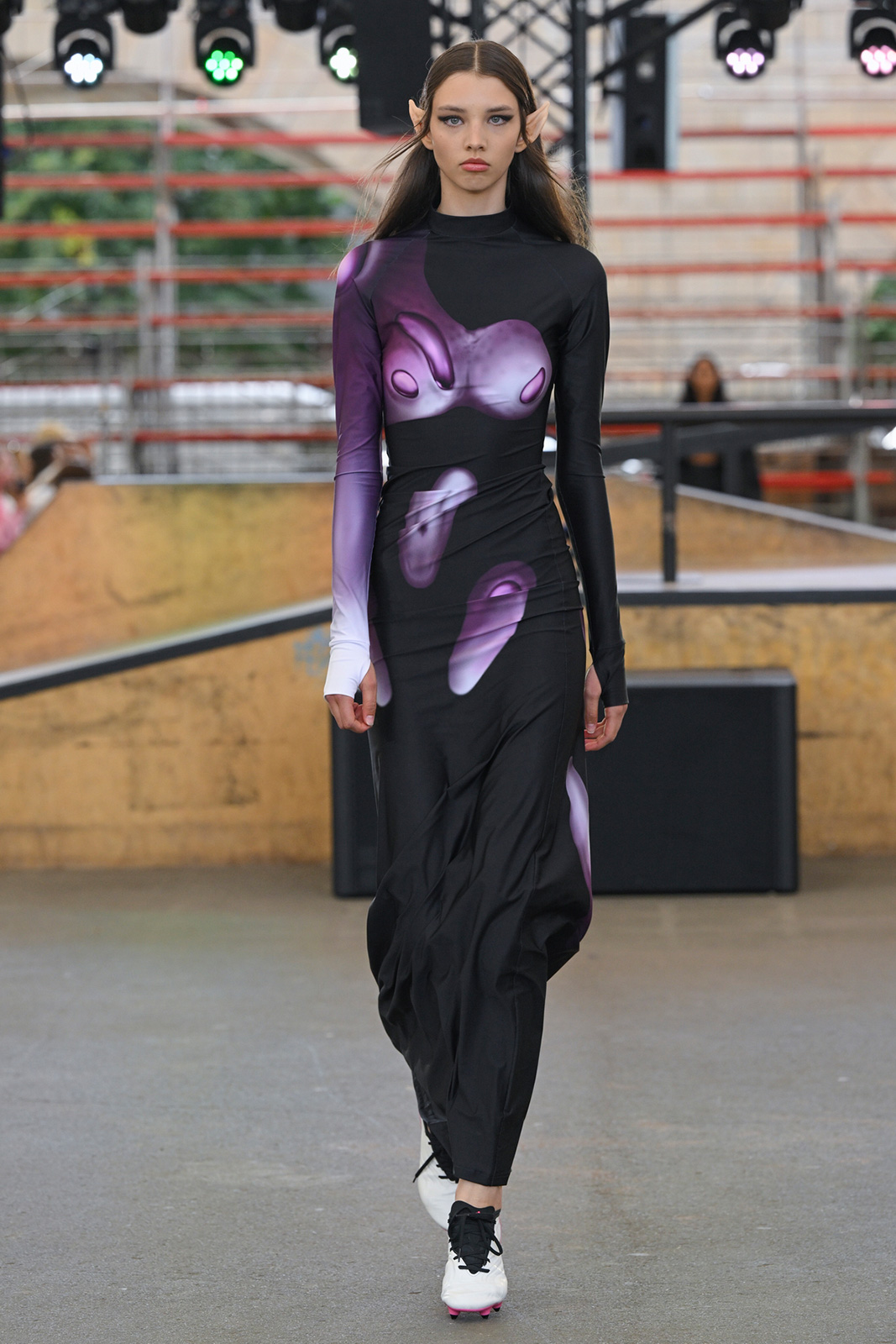 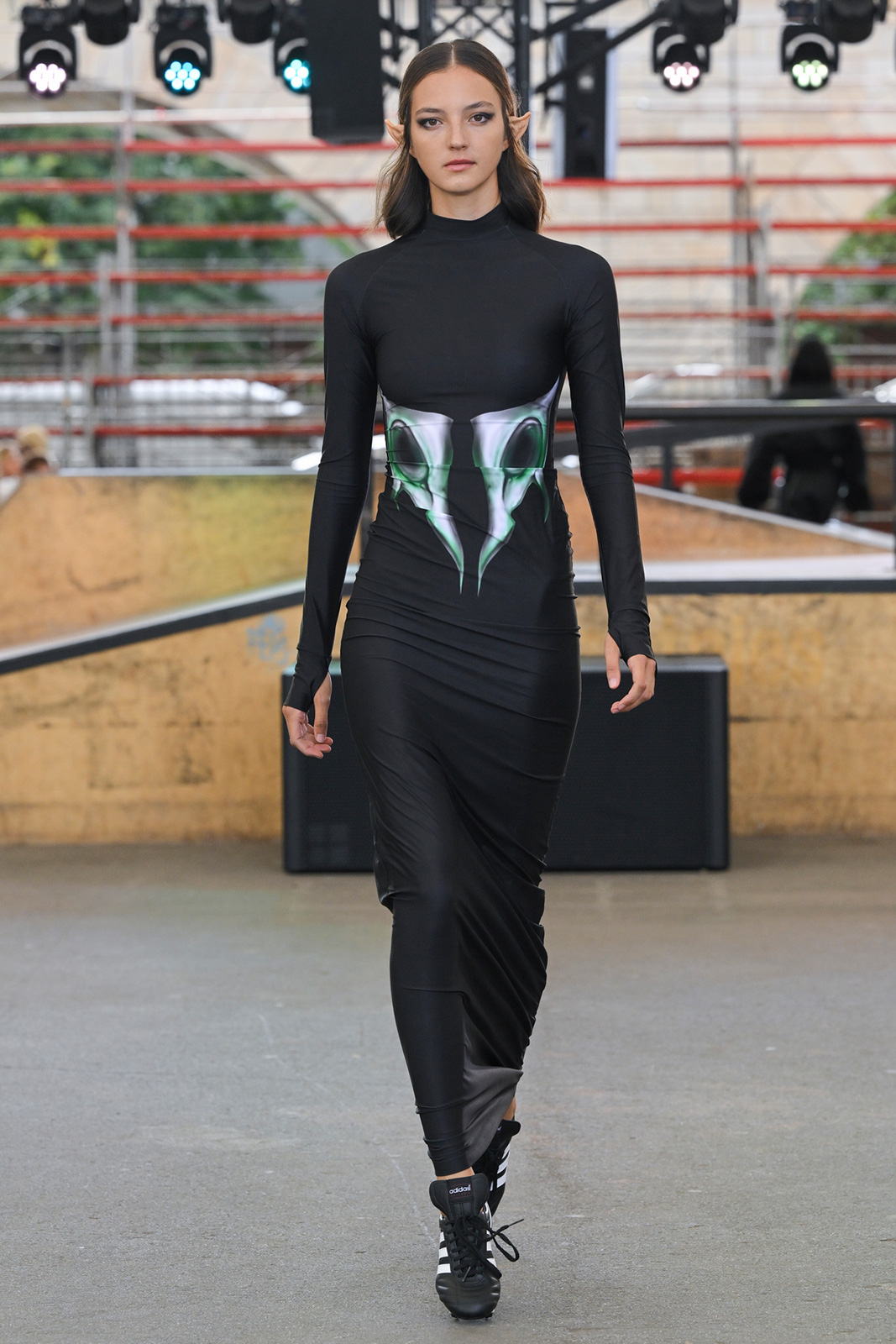 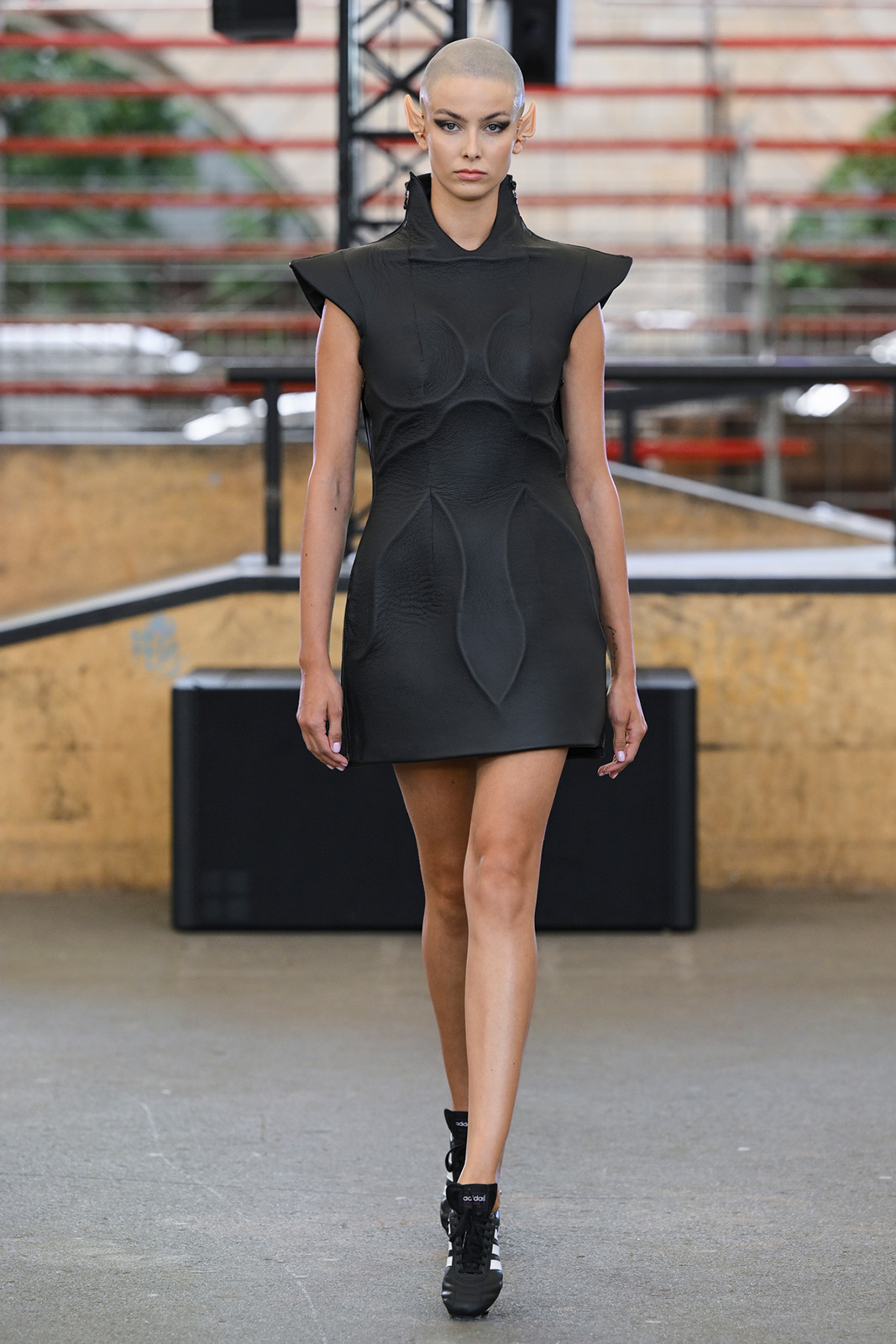 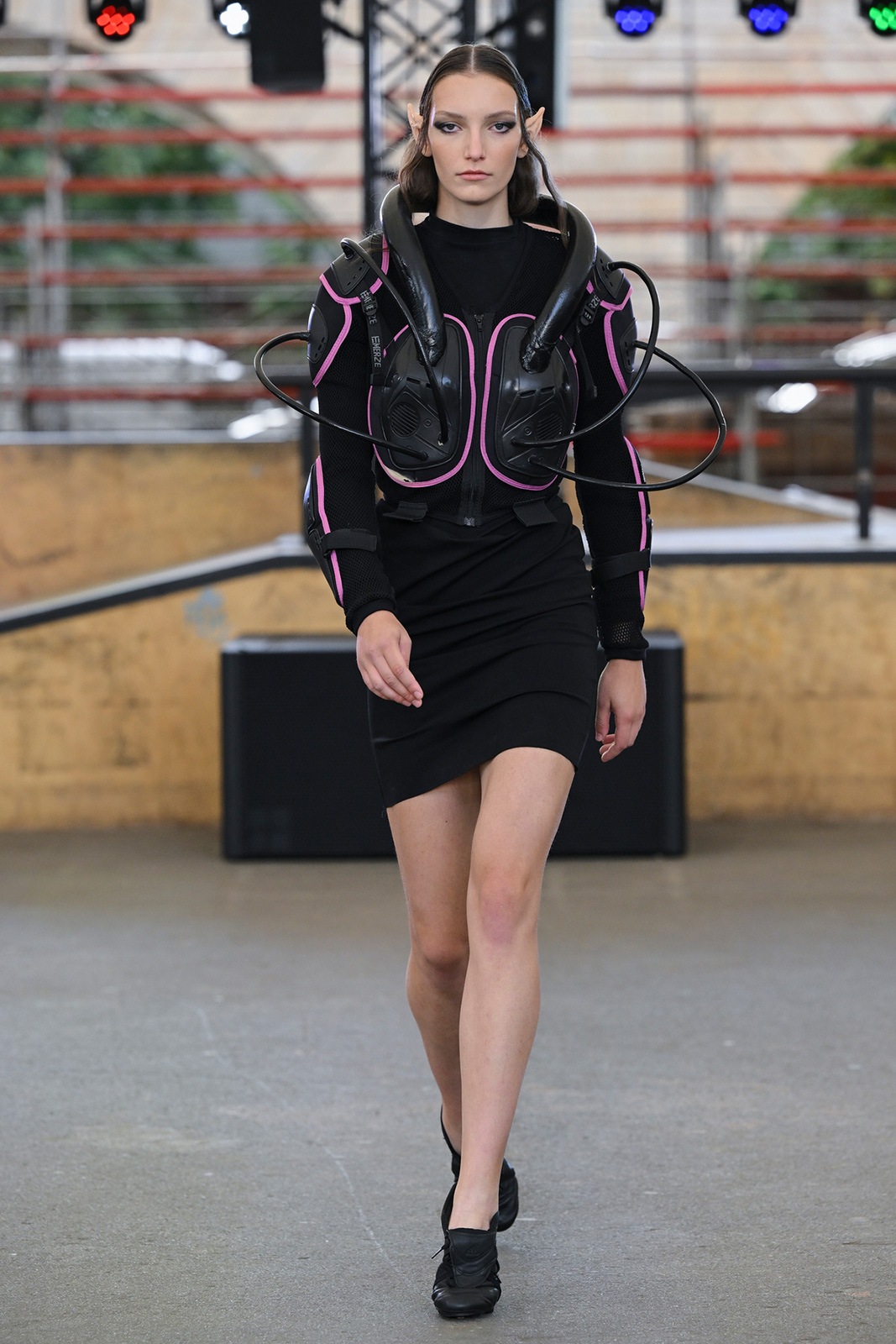 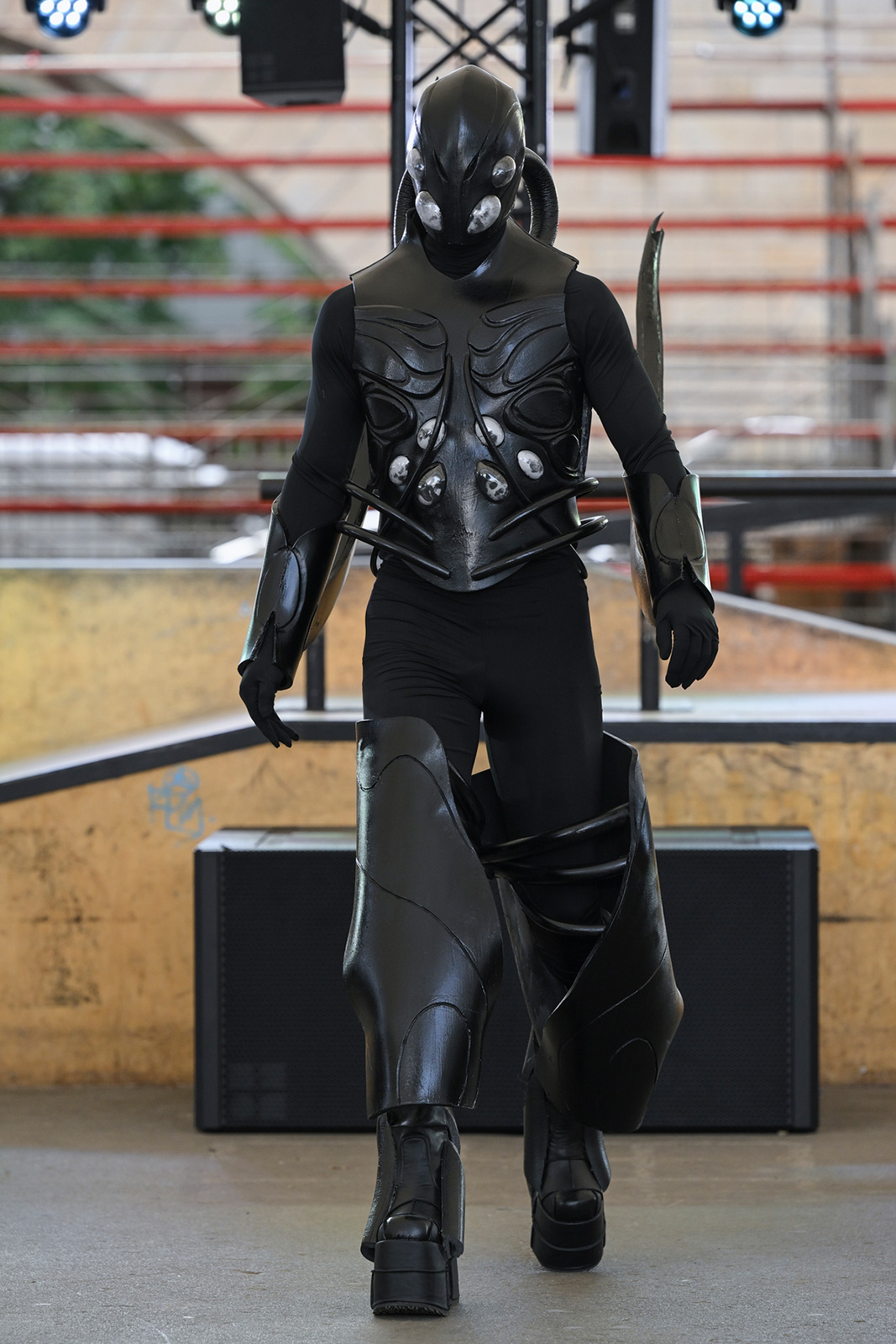 Dominika Kozáková
Influential names in the industry, such as Rosalía, Sita Abellán, and Shygirl, have already set their eyes on this young designer, Dominika Kozáková, who with her knitted hats, accessories and full looks is gradually taking over social networks and stealing the hearts of the public. Having presented her collection on the catwalks of Mercedes Benz since 2018 and having even reached international catwalks in 2021 with Budapest Central European Fashion Week, the comfort and freedom with which she presents her new proposals to an audience that already knows her and is waiting attentively for her novelties is noticeable.
In this collection, called Foo Foo!, Kozáková expands her proposal of hand-knitted garments with colourful dresses and tops, which she accompanies with pieces of other types of materials that provide an interesting combination of textures. Satin, fur, and denim, which are unfailingly brightly coloured, often with fun and cute prints, like colourful kittens or hand-painted doodles, are all the fruit of her mind. Not only are fantasy and dreams the hallmark of this firm, but also its environmental awareness, using only sustainable materials such as those extracted from recycled plastics or deadstock fabrics. With these values, not only aesthetic but also ethical, it is logical that its popularity is only increasing, especially among the new generations, who are looking for new proposals that not only allow them freedom of expression and the disappearance of all norms and formalities, but also respect the world we live in and the people we share it with. Dominika Kozáková offers both. 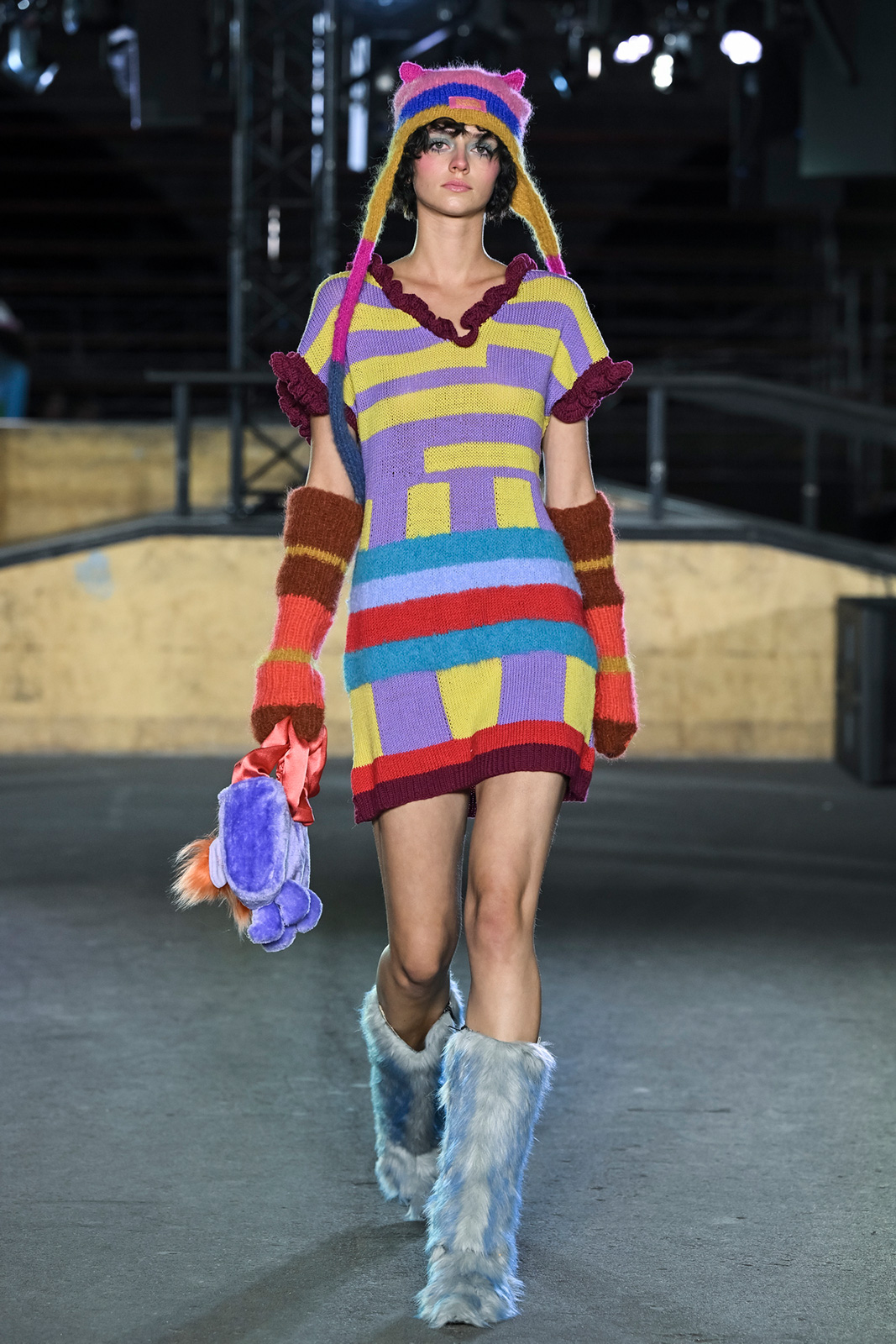 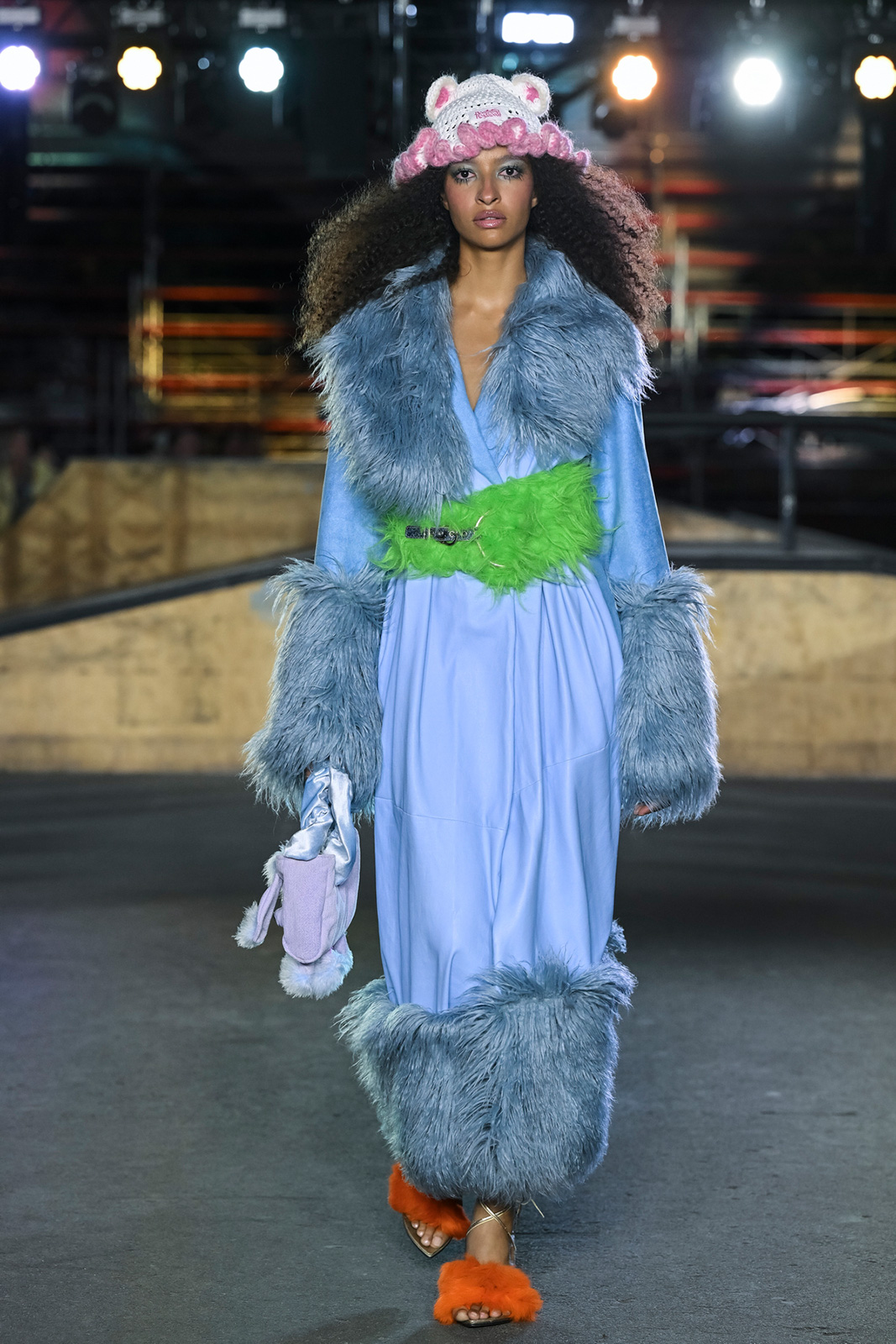 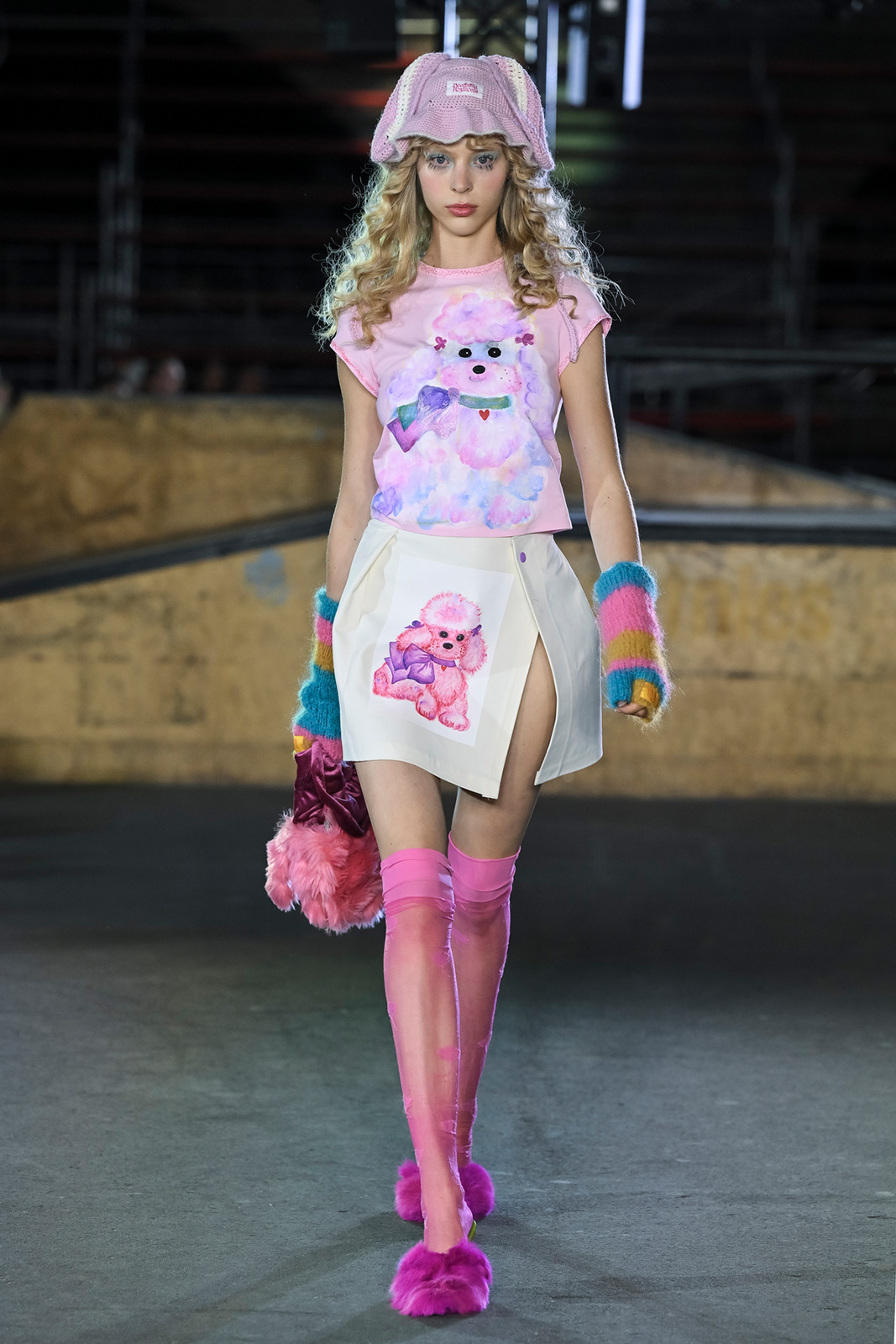 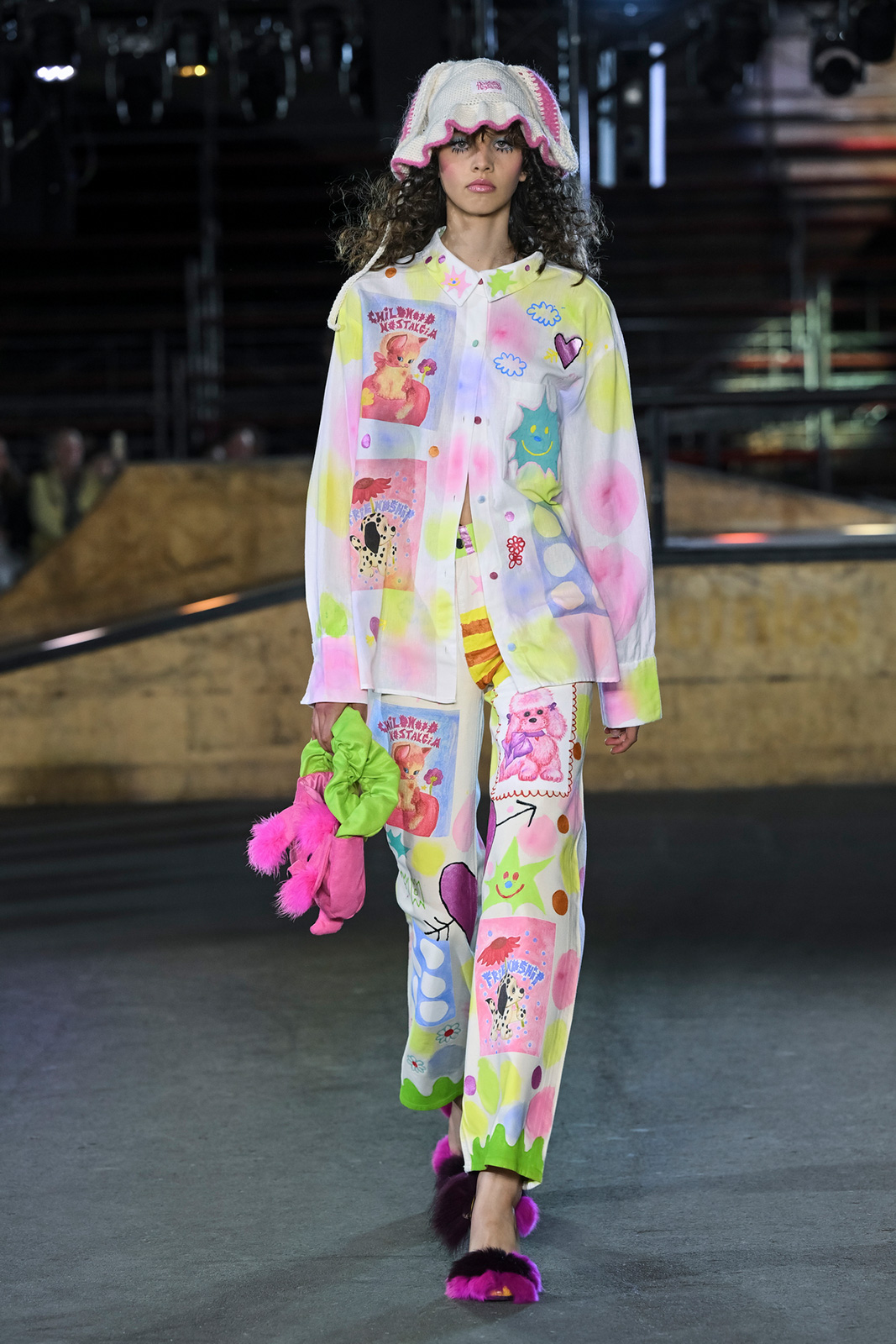 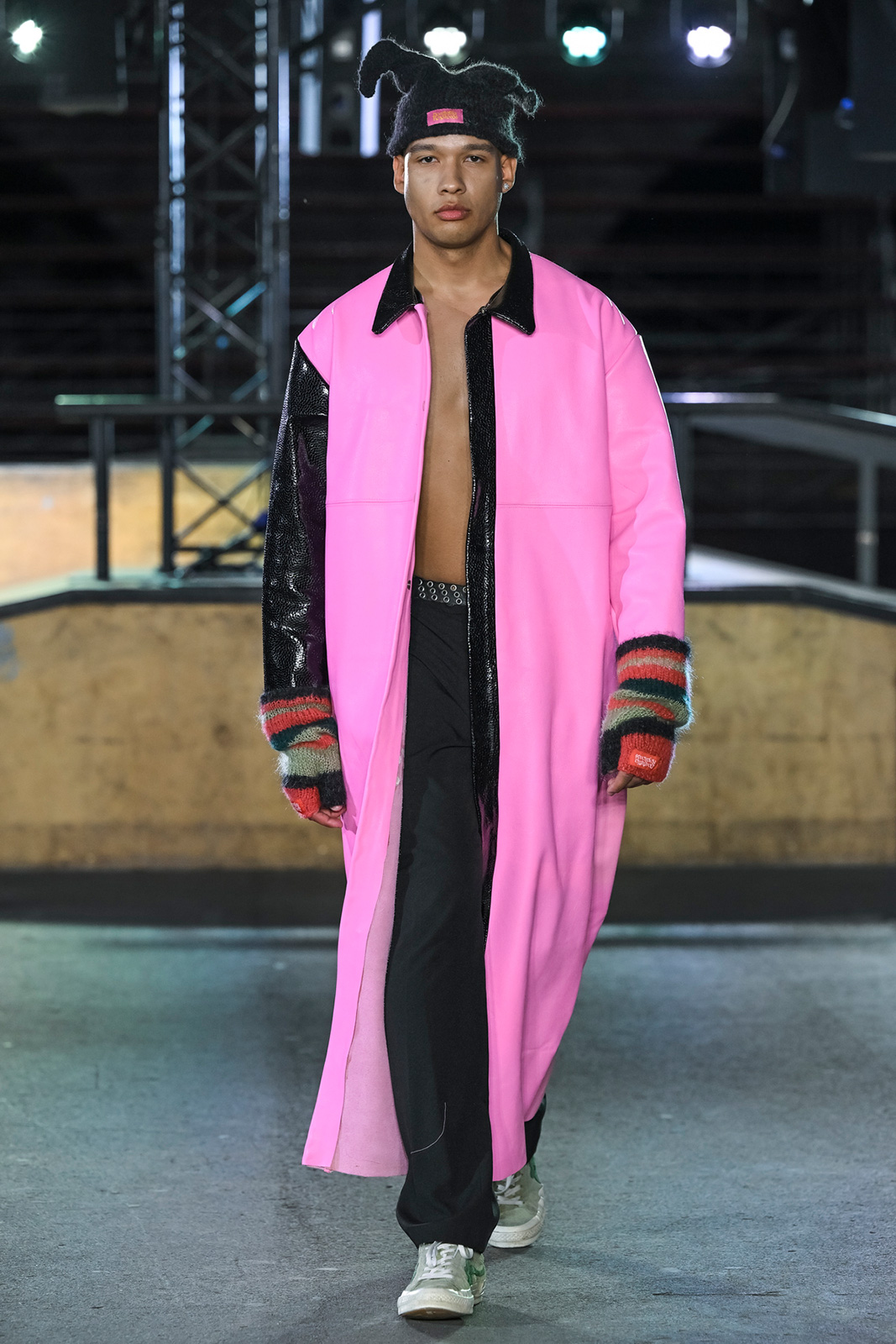 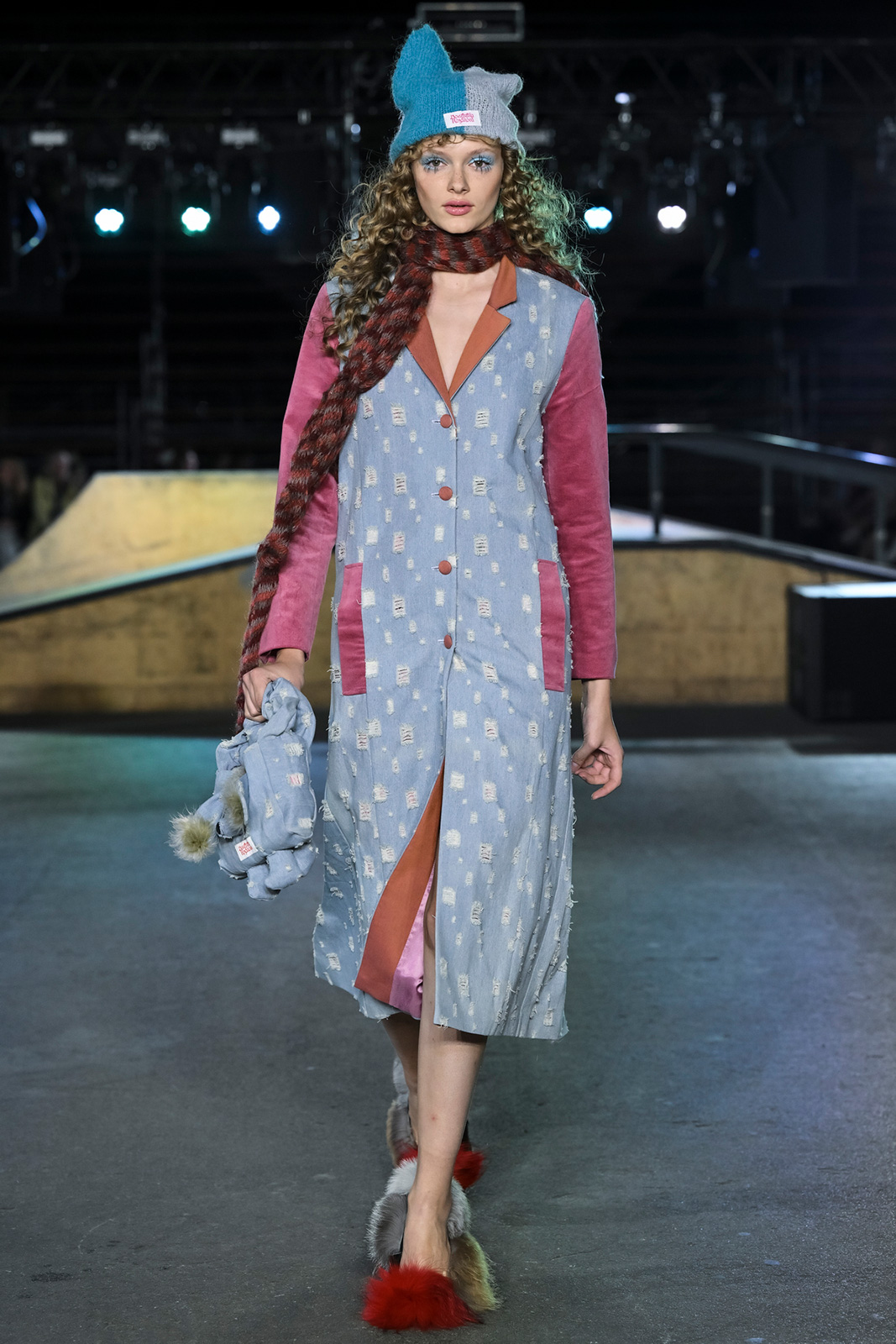 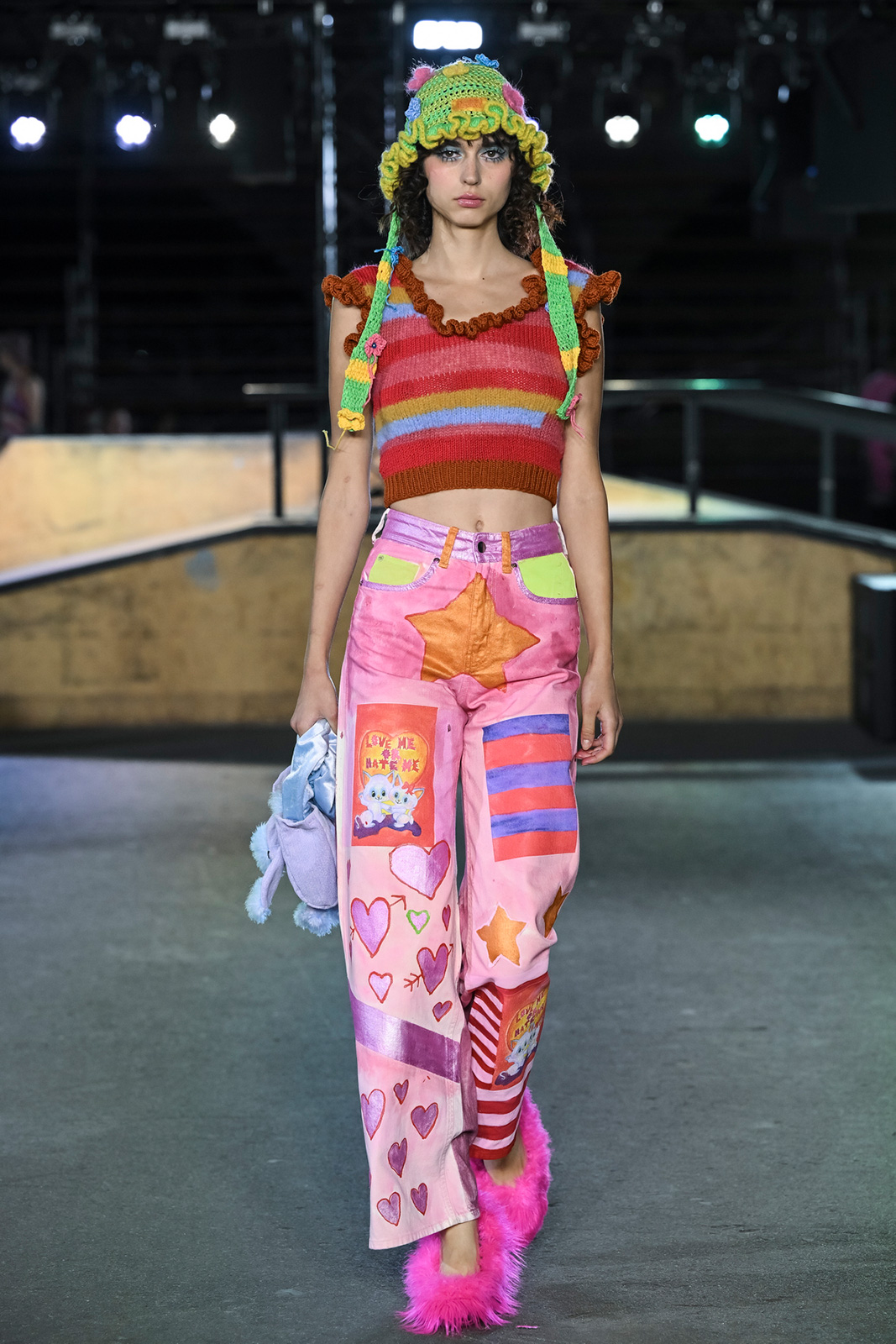 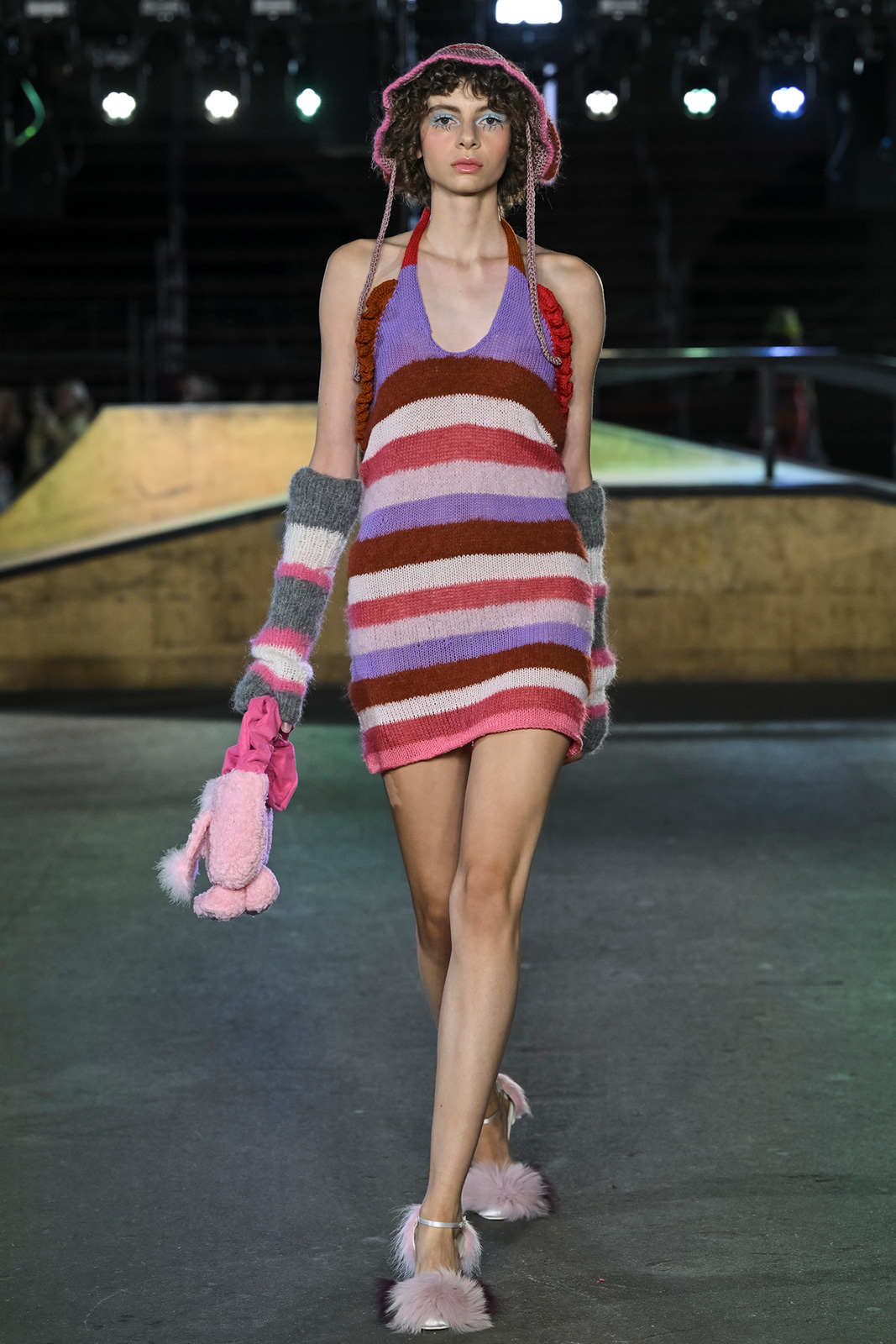 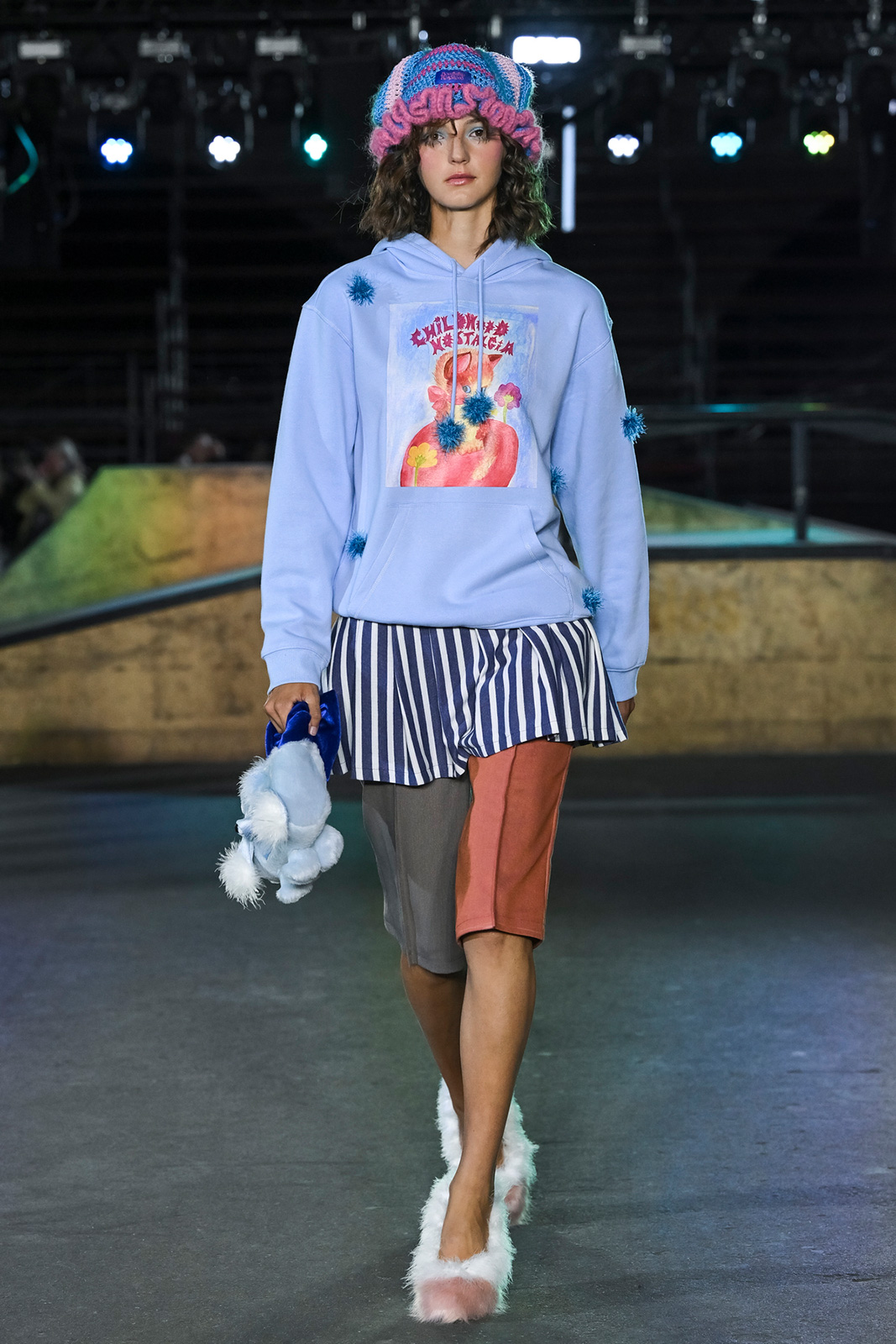 Rubearth
This year, Spanish talent has been present on the Czech catwalks, and not only has it been, it has conquered. Coming off a good streak after winning last March the Mercedes-Benz Fashion Talent award, having already received it in 2021, he now presents in Prague, where in front of a different and unknown audience he exposes what he is, the essence of his brand. Always connected to his Venezuelan roots, Rubearth's Gabriel Nogueiras, Creative Director of the brand, seeks to transport the viewer to a journey through the jungle, one where magical realism is translated into garments with a variety of colours, textures, and patterns, where the natural spirit is always present. The collection features garments of all typologies in which it is impossible to define gender barriers. It is the fluidity that brings the oversized together with knitwear. Striped geometric motifs are mixed with many more organic ones that seem to mimic the forms of nature. Plants, flowers, fruits, and mushrooms are part of a two-piece set of shirts and pants with an allover print, making it one of the most striking looks in the collection.
Styling plays a key role with overlapping garments, in layering games that are always successful and even more so when it comes to knitwear. The knitwear is the other strong point of the proposal, especially in the accessories, with hats with jacquards with chicken foot patterns, which refer to the name of the collection Pata Pollo. The Wayuu Mochila Bags attract attention, is not common to see Colombian handicrafts on European catwalks, and it is admirable that when talking to the creator, it is reaffirmed that the inclusion of them is the result of a joint effort with the original creators, the indigenous communities. An appreciation of the work of others that is always comforting and that speaks very well of one's own. 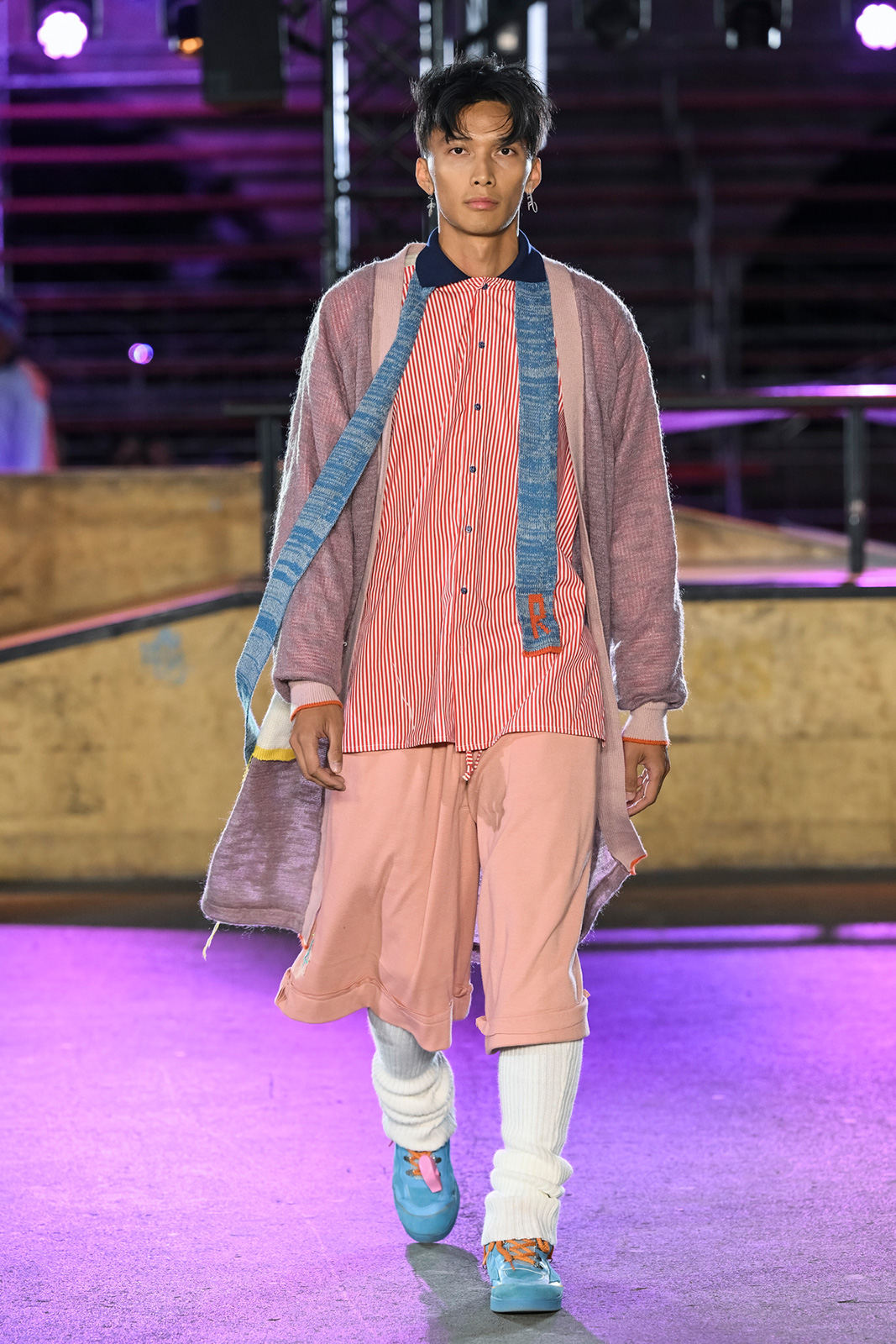 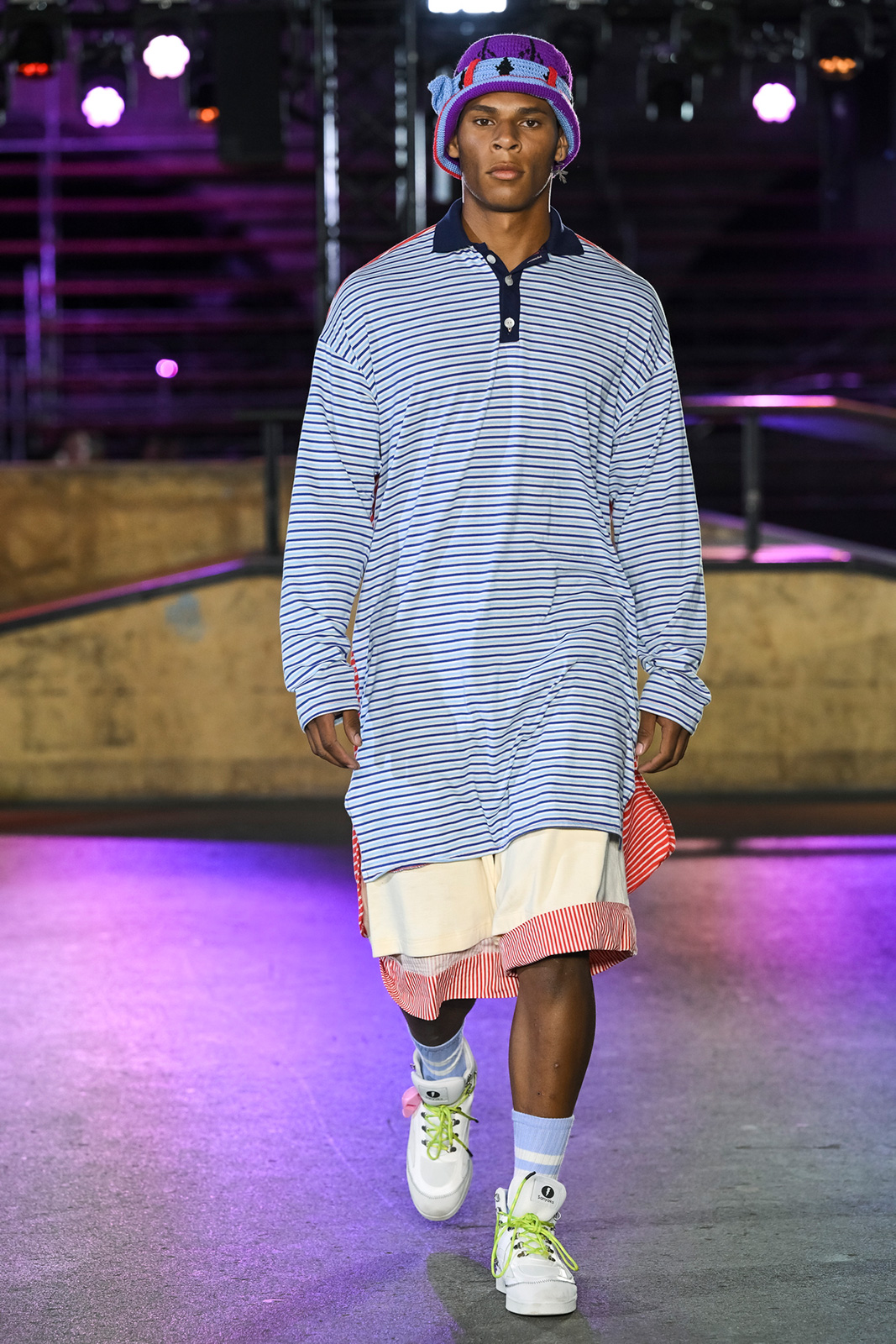 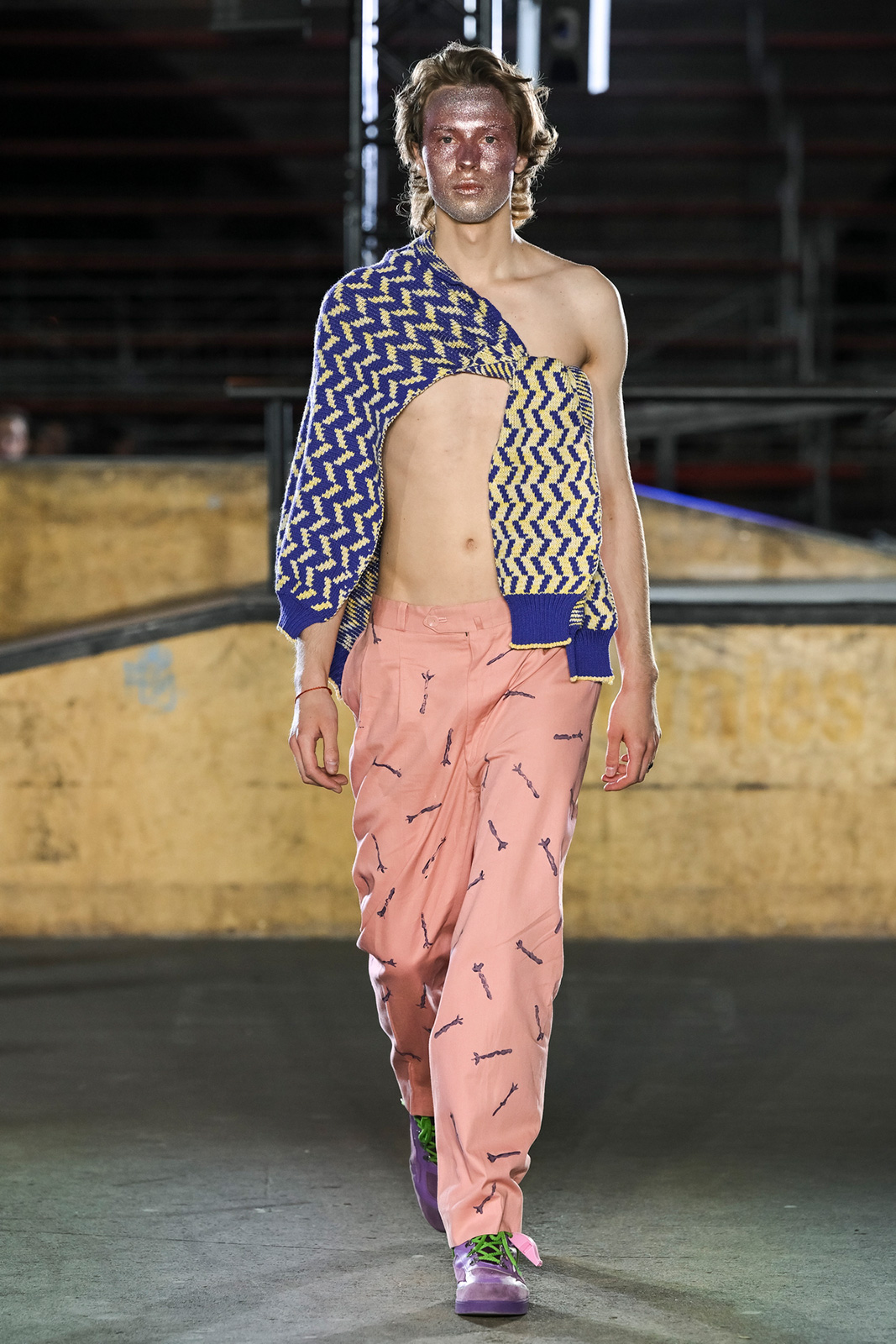 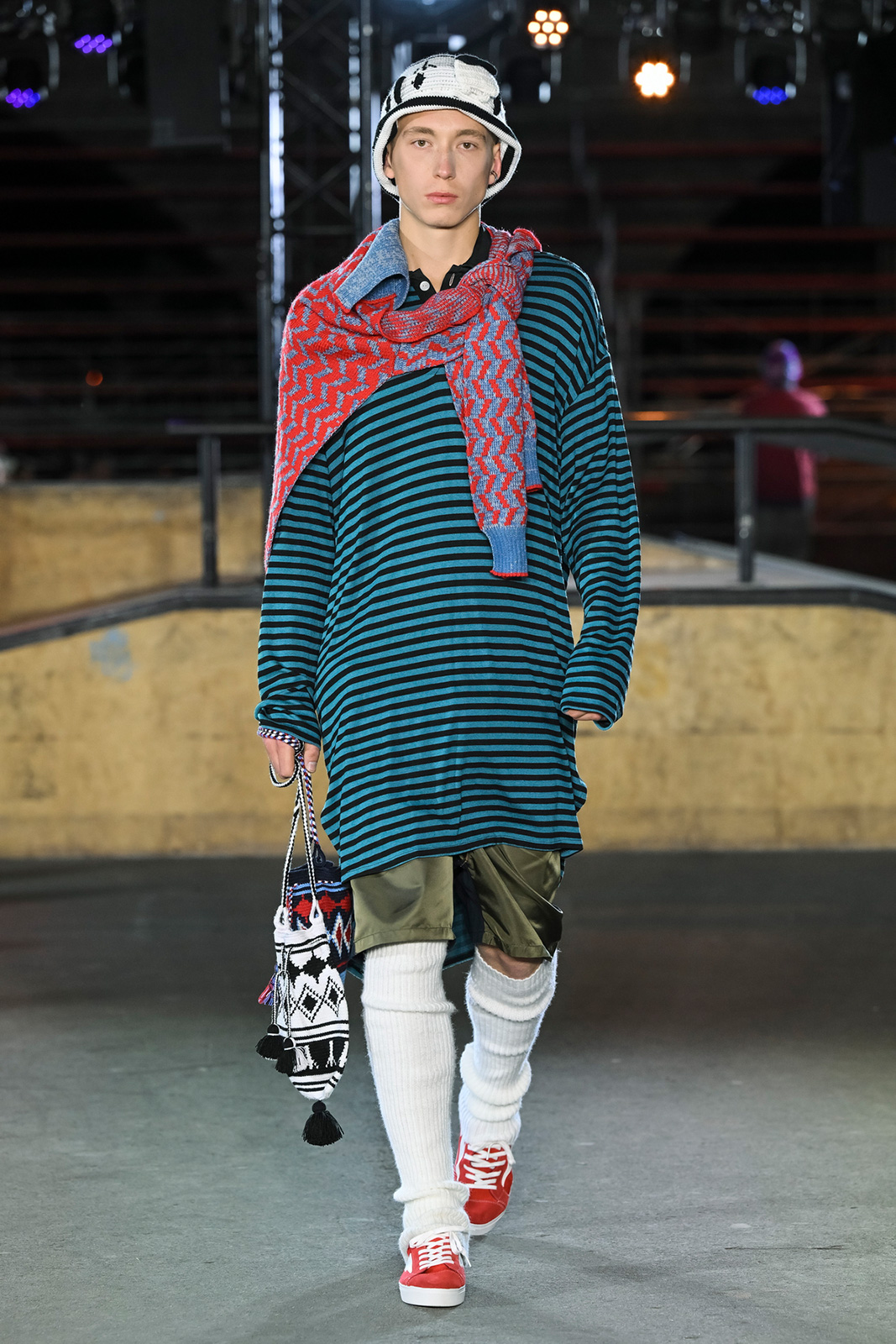 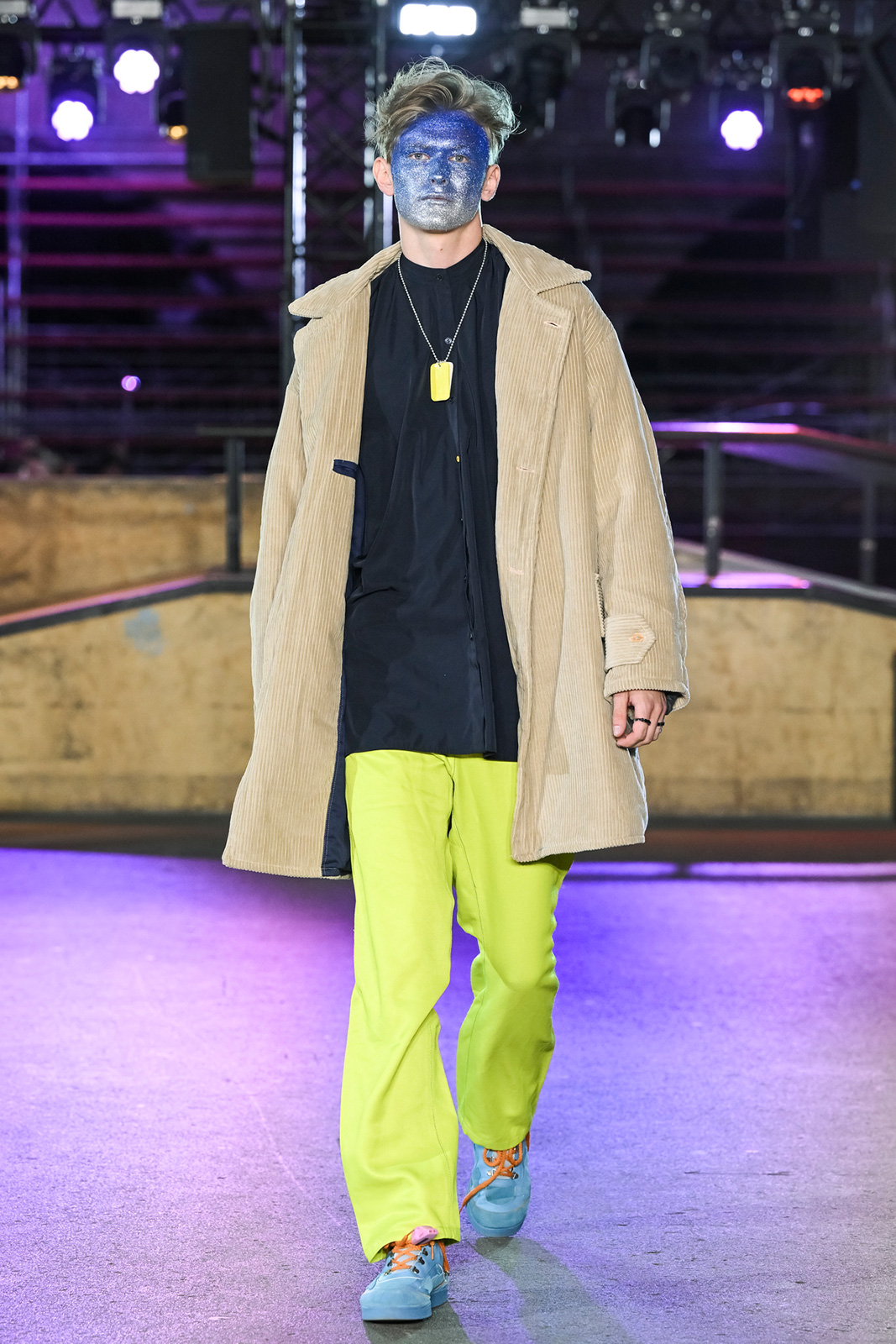 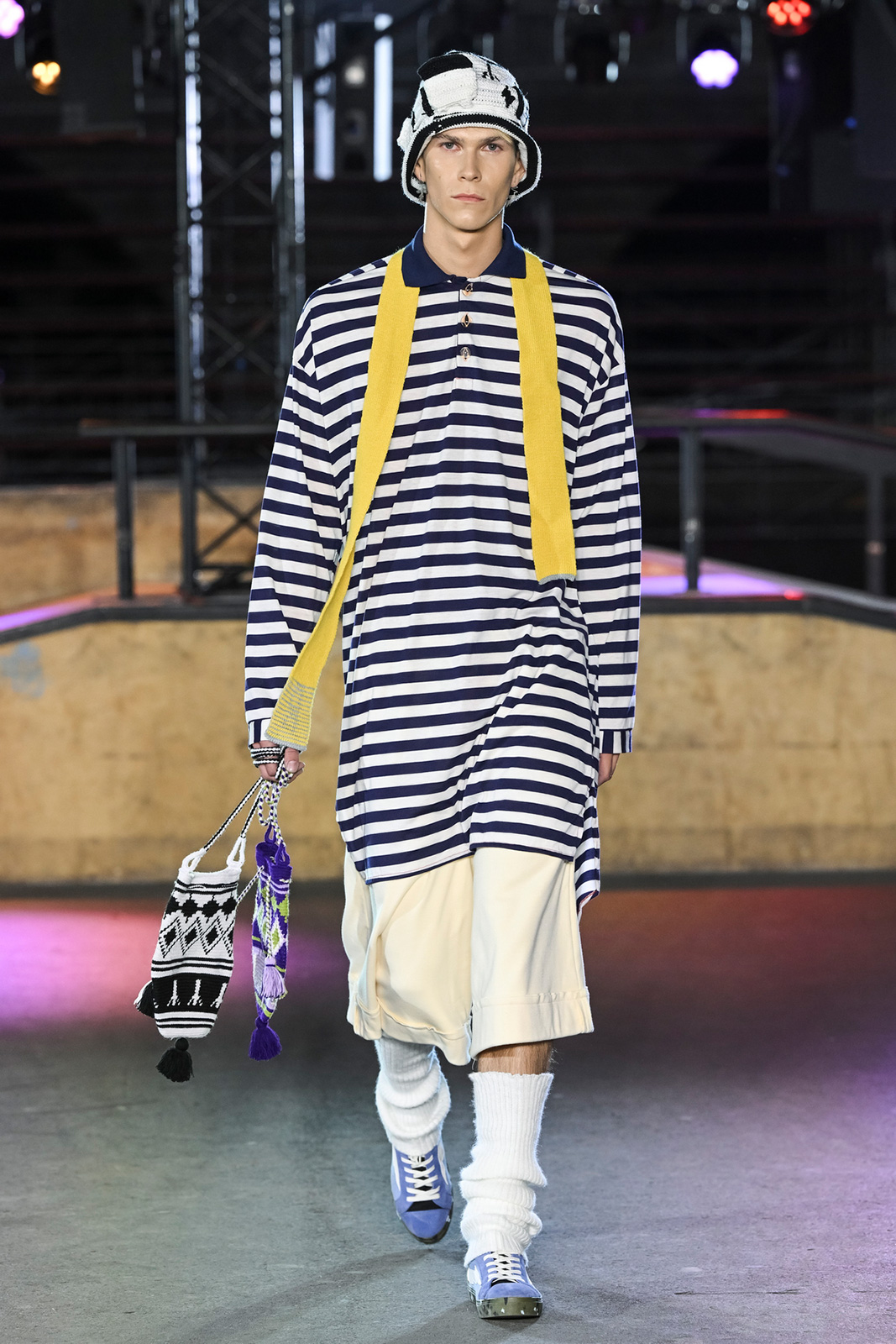 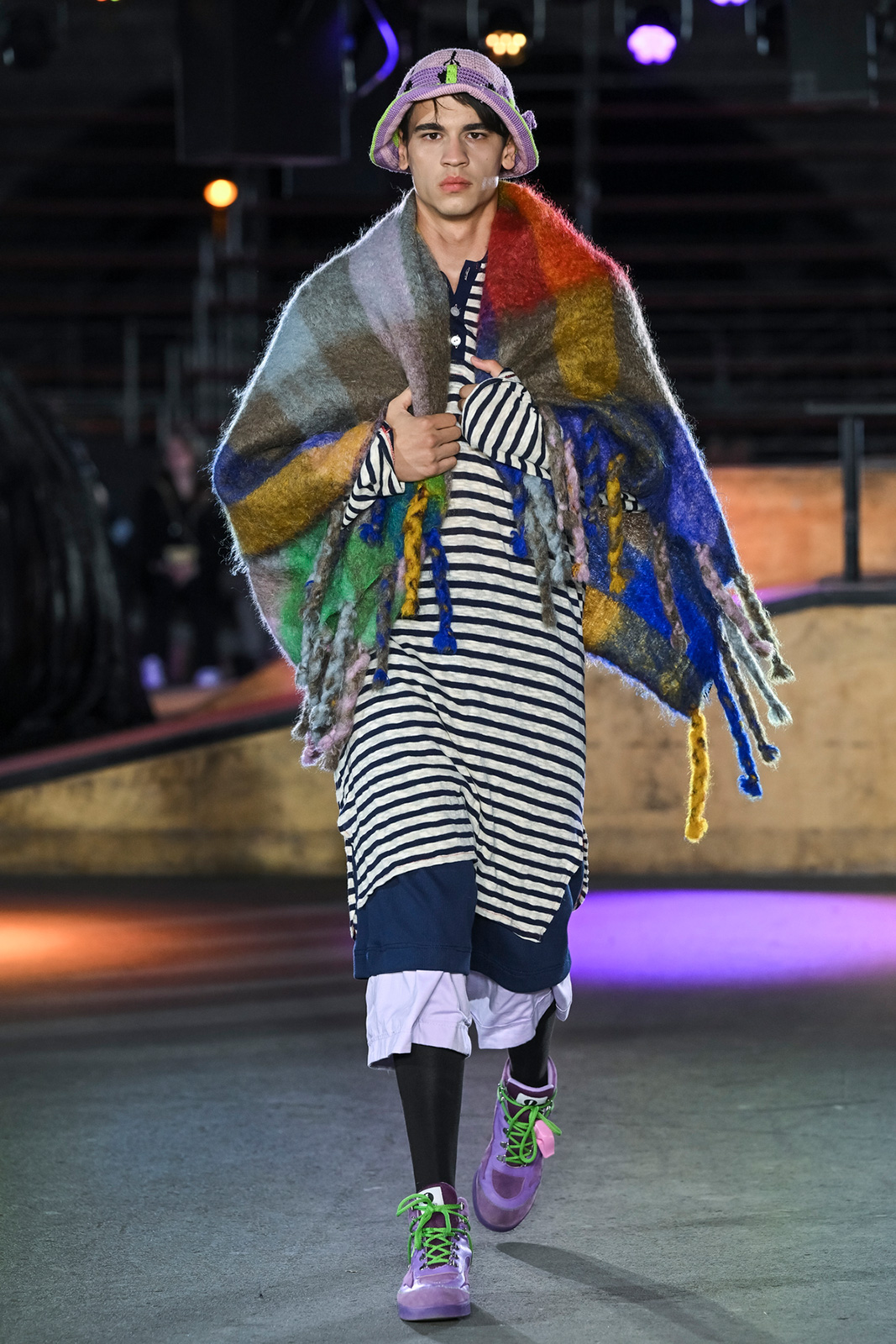 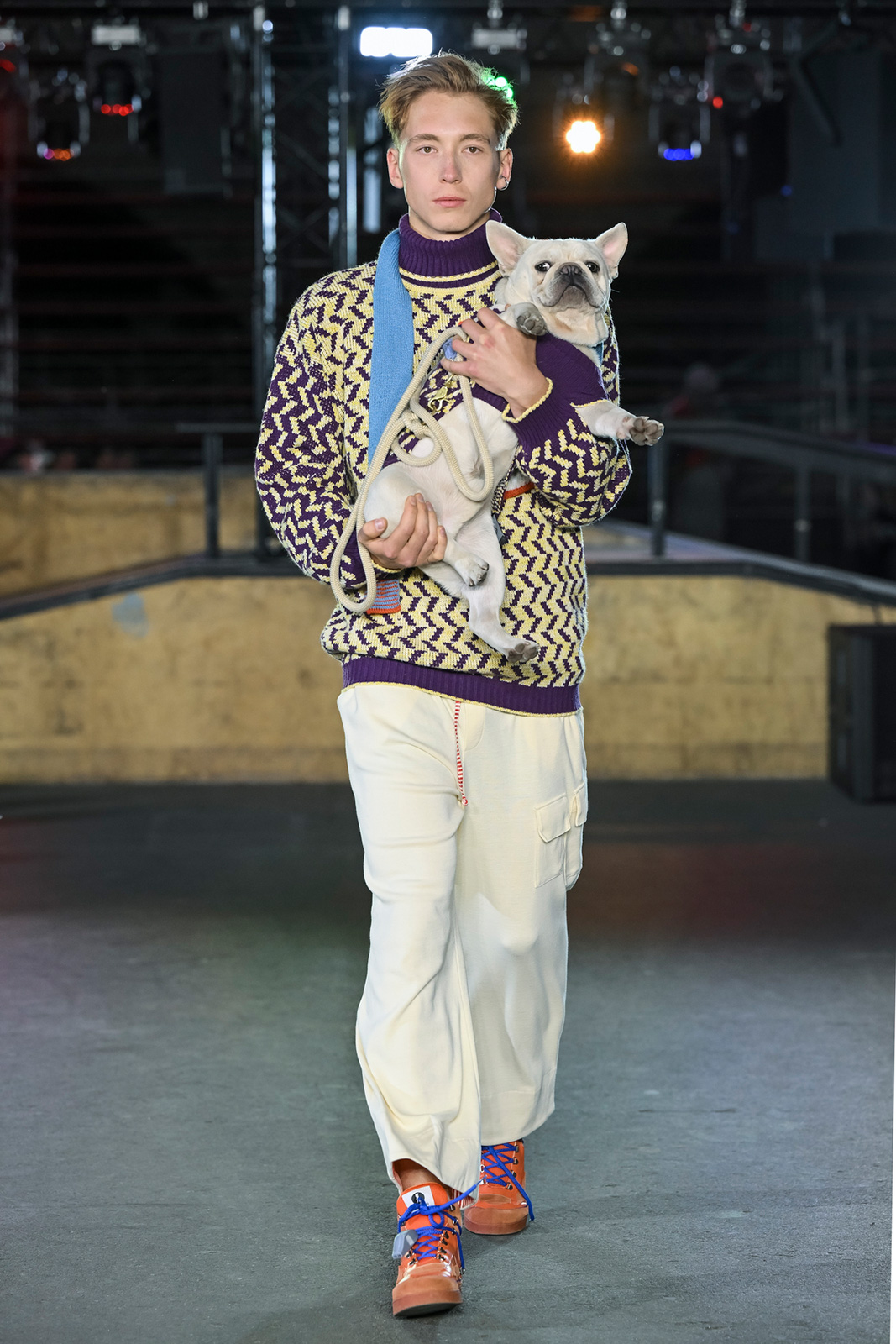 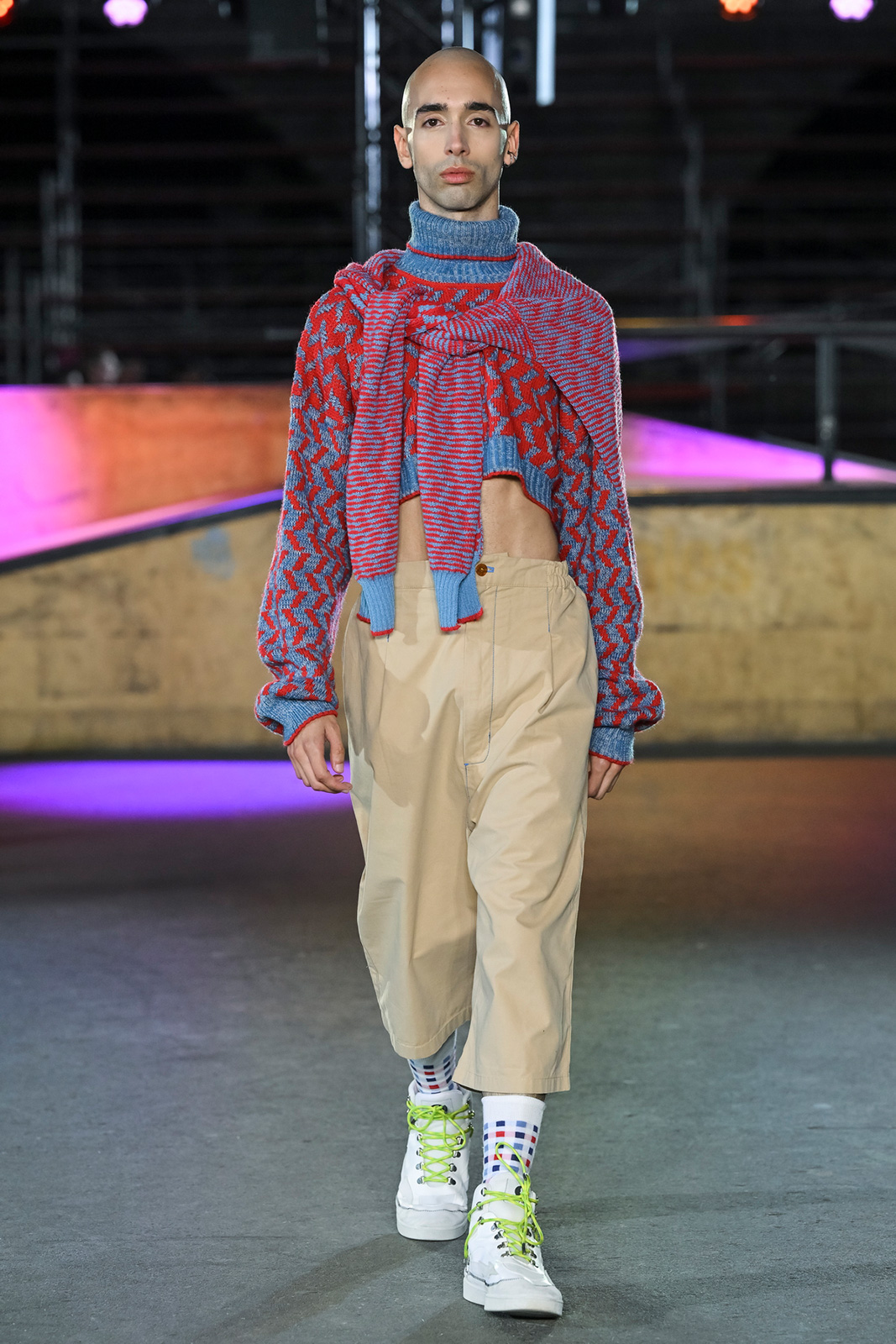