What is good taste? 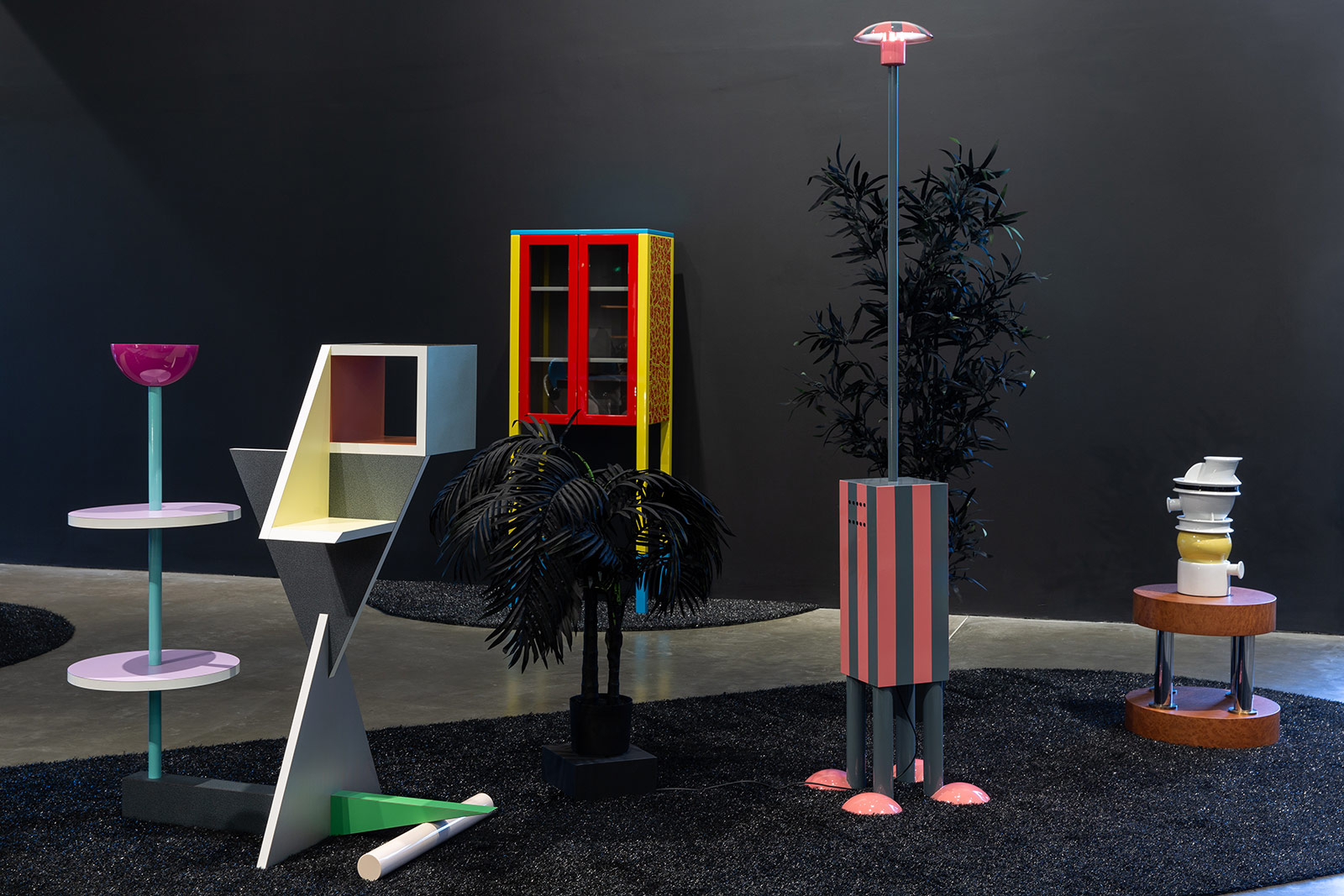 There have always been restless and creative minds which have gone against the grain. Antagonistic styles, artistic movements that contradicted the rules and transgressive renovations of the best-known pieces – all these irreverent groups and decisions allowed us to evolve. Now, the newly renovated MK Gallery in Milton Keynes pays tribute to the Memphis Group, one of the greatest exponents in terms of innovation, with the exhibition Memphis: Plastic Field, which shows one hundred and fifty of its most outstanding objects, although it is now closed due to restrictions, however, it will be on view again once the British government allows it.
Arisen in the ‘80s and led by the Italian designer and architect Ettore Sottsass – with the help of many collaborators such as Nathalie Du Pasquier or Javier Mariscal – this movement opposed Modernism and 'Good Design' defended by Edgar Kaufmann, Jr, putting emotion before utility. Saturated colours, geometric shapes and an evident influence of pop art landed in design, architecture, music or cinema.

The Memphis Group was created during a party held in Ettore Sottsass’s apartment, surrounded by glasses of wine and cigars, in 1980. One year later, they made their debut at the Salone del Mobile in Milan, becoming the protagonists of the event after altering the course of history. 'Bizarre' or 'tacky' were some of the adjectives part of the audience used when they saw for the first time all those kitsch-influenced works, signed by Aldo Cibic, Shiro Kuramata or Michele de Lucchi. Meanwhile, others praised the daring of the artistic group. There is no doubt design would never be the same since then.

Lamps embellished with colourful mosaics, coffee tables in different materials, double beds in plastic laminate, ceramic ashtrays, and a myriad of objects whose function is hard to decipher to the naked eye. Actually, many of them don’t have it. Sensory quality came before the practicality of the creations, in an attempt to show that design had much to say beyond intellect and reasoning. “The same obsession always; can we imagine a new world by drawing another chair, another table, another light, another vase?” claimed Martine Bedin, one of the founding members of the Memphis Group, in the early ‘80s. Coinciding with the 40th anniversary of its birth, the British gallery pays tribute to the artistic movement, reinterpreting the presentation previously shown in 2018 at Fondazione Berengo in Venice, and at The Museum of Decorative Arts and Design in Bordeaux in 2019. Will the pandemic bring a revolution in the field of design? Only time will tell. 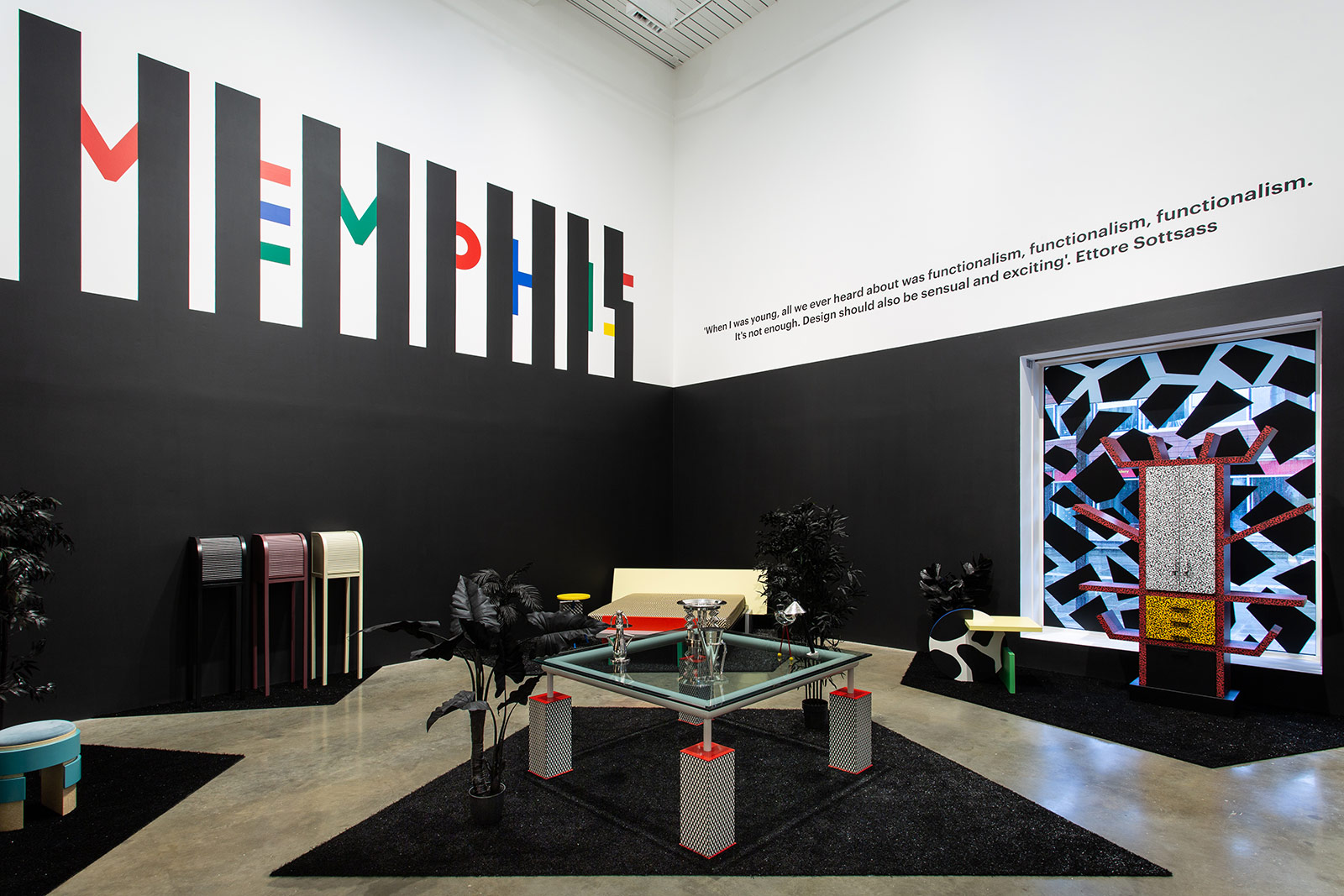 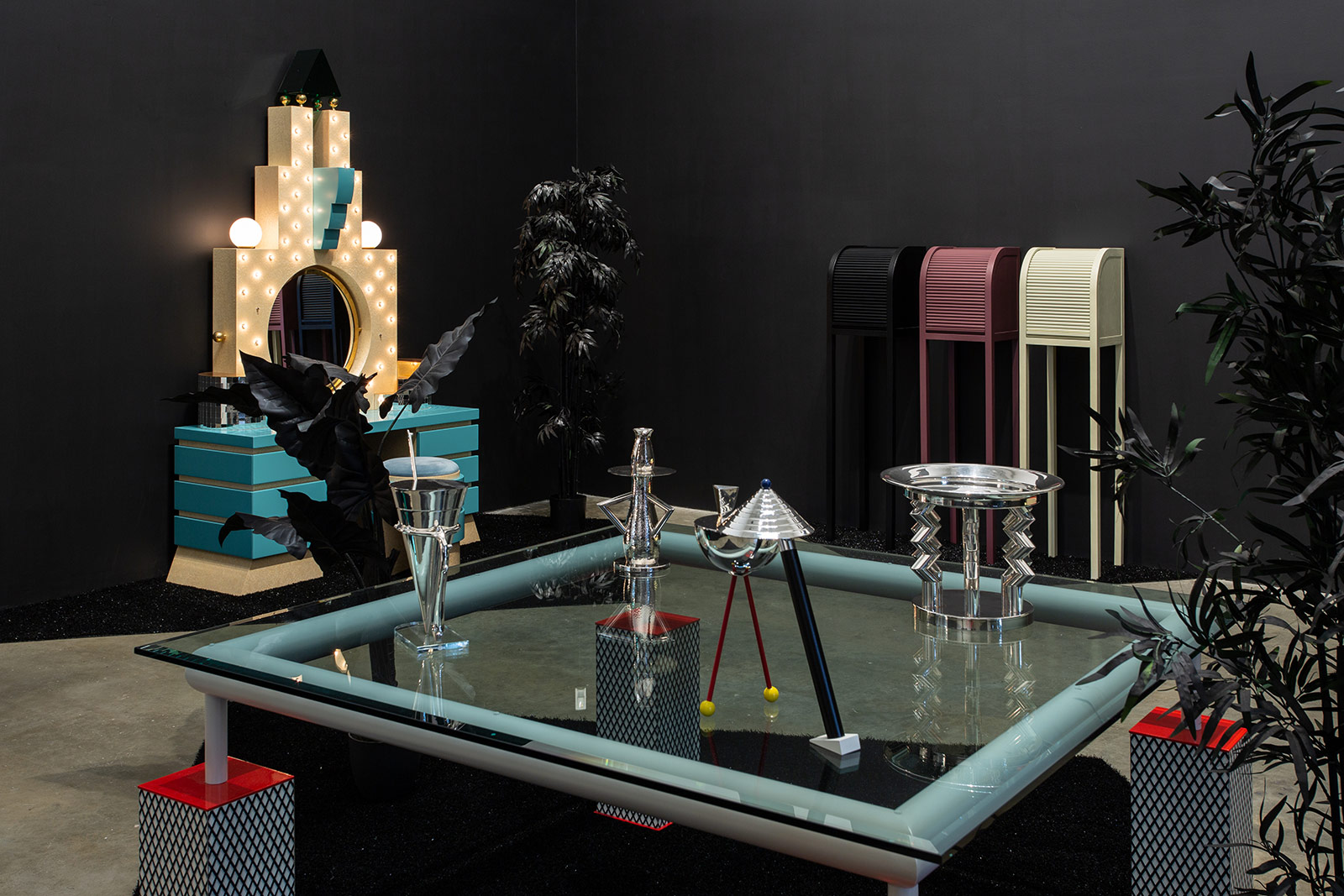 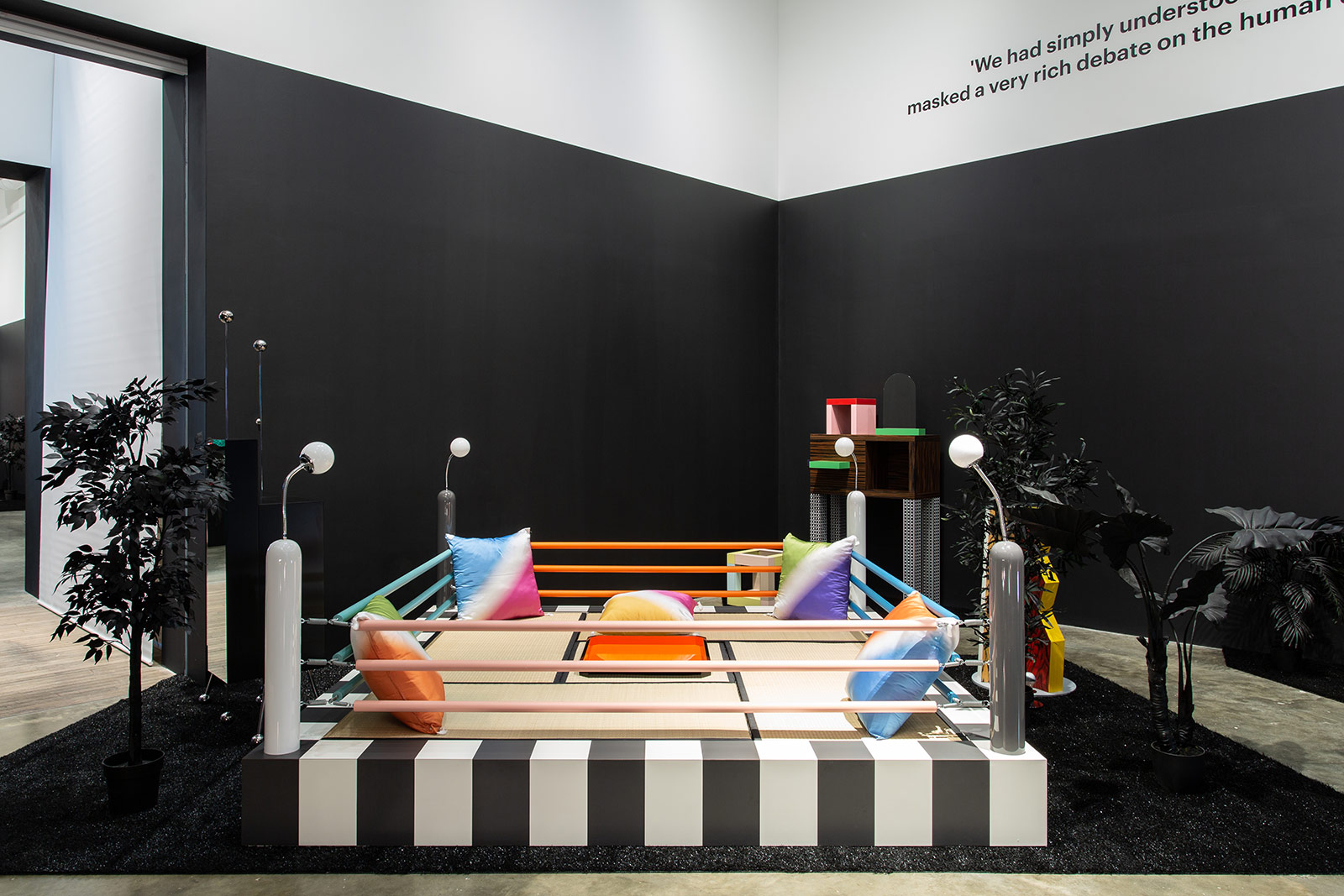 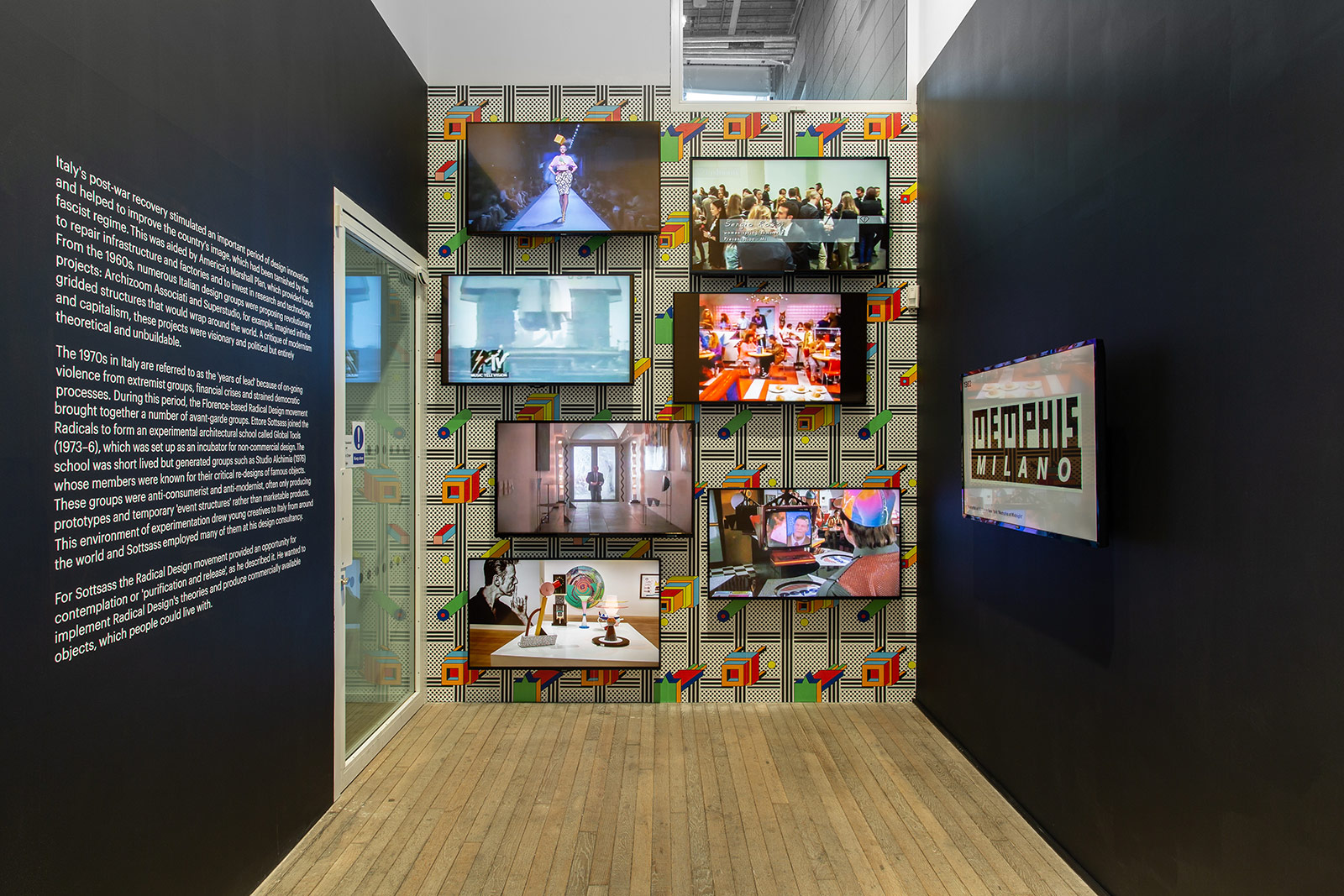 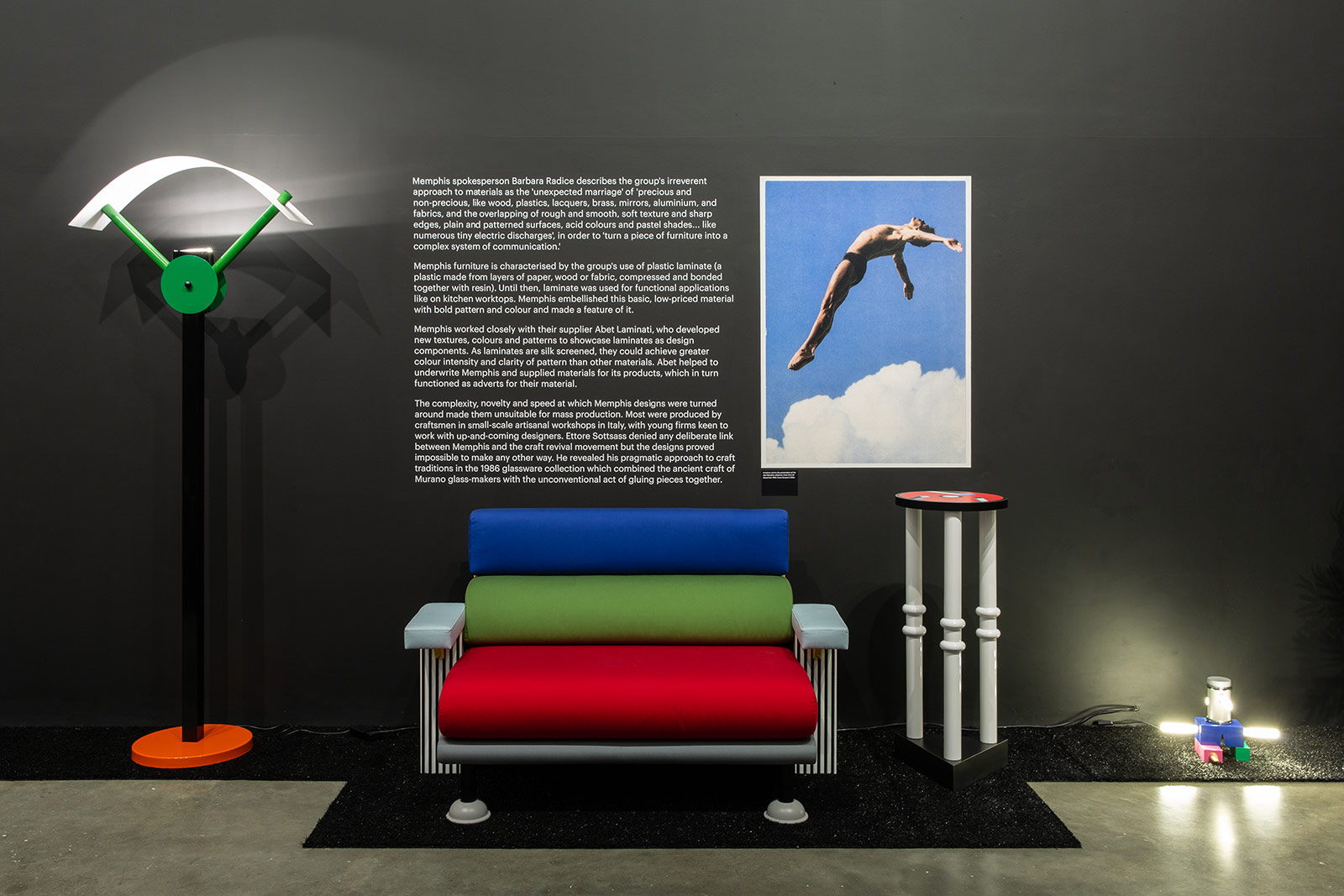 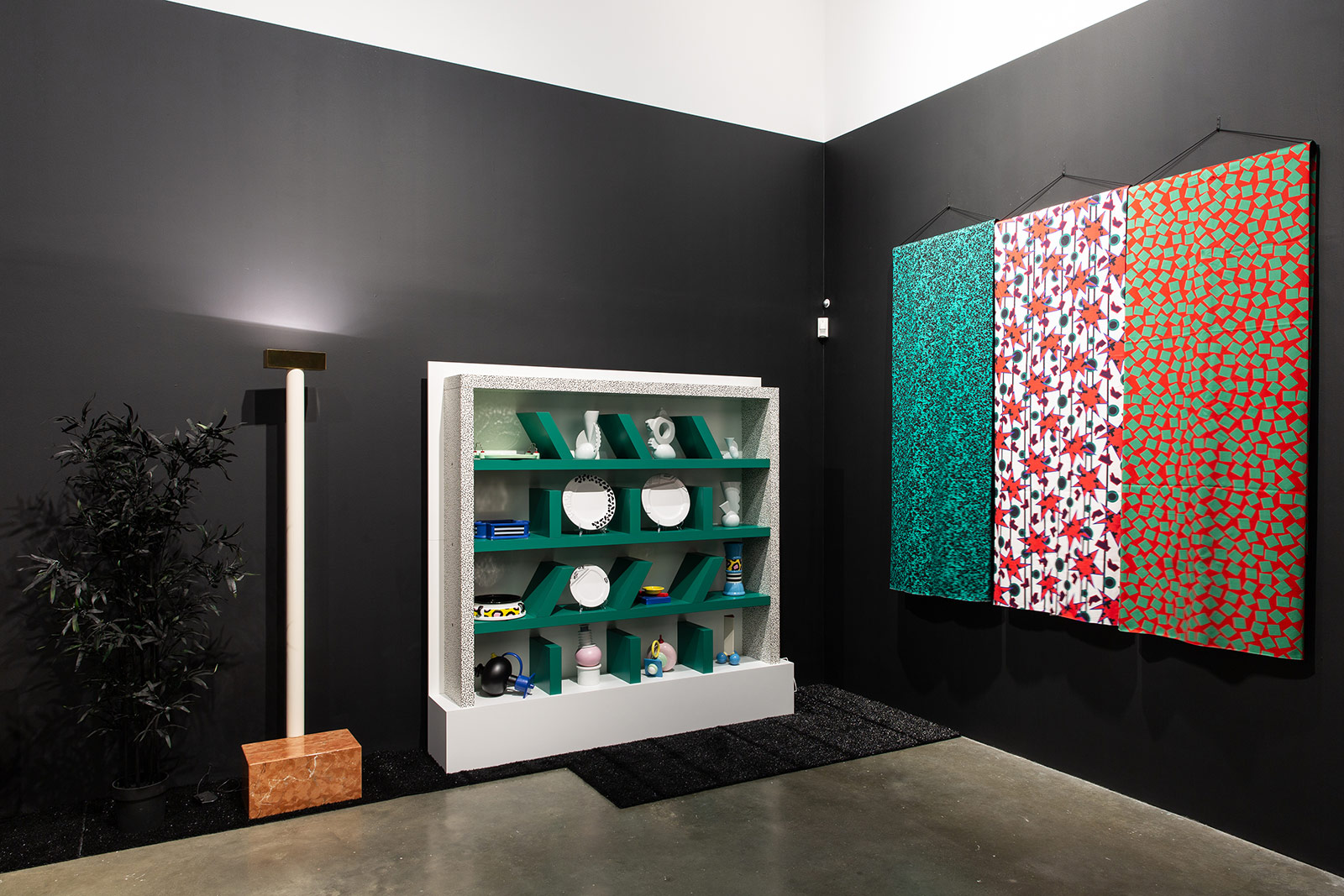 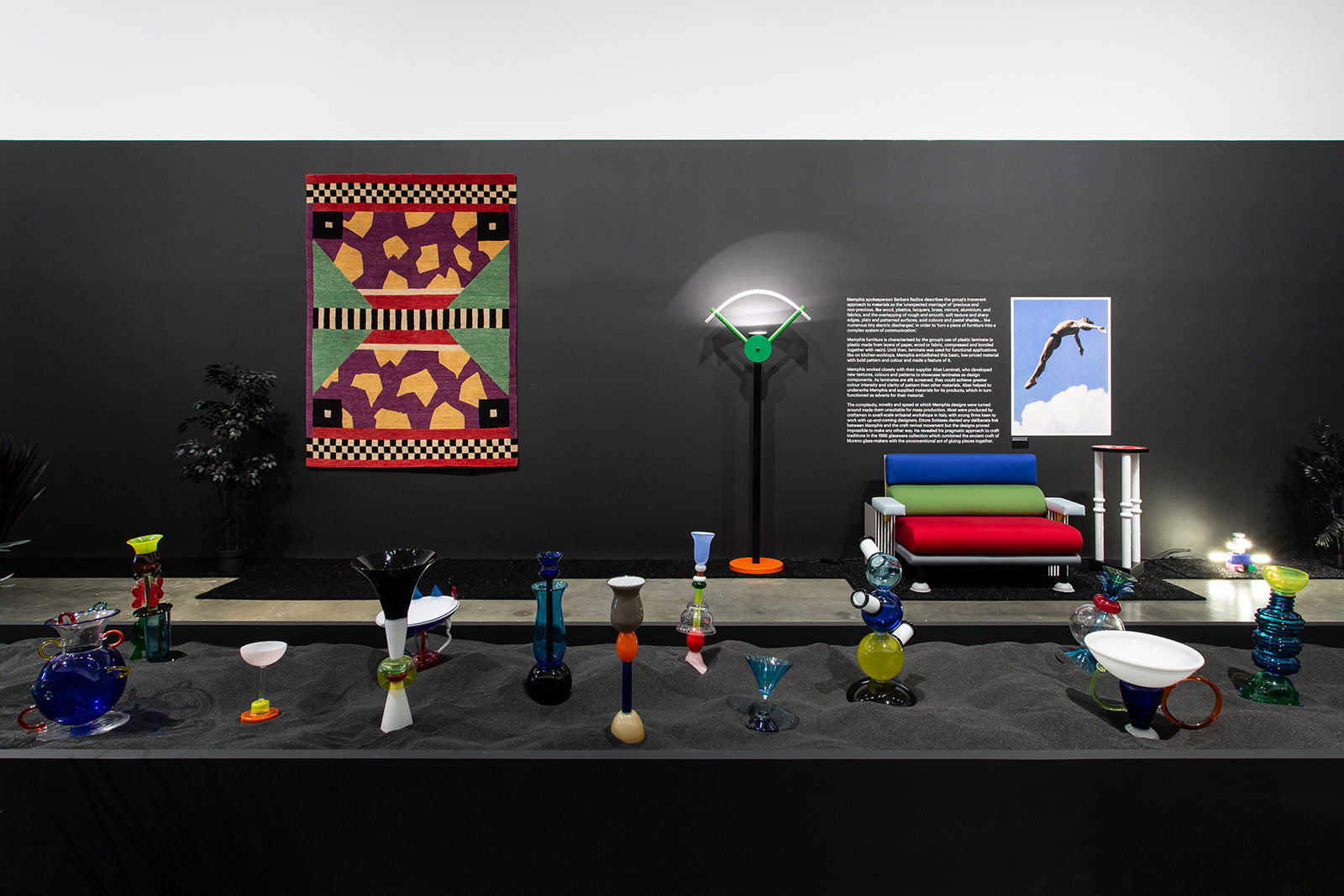 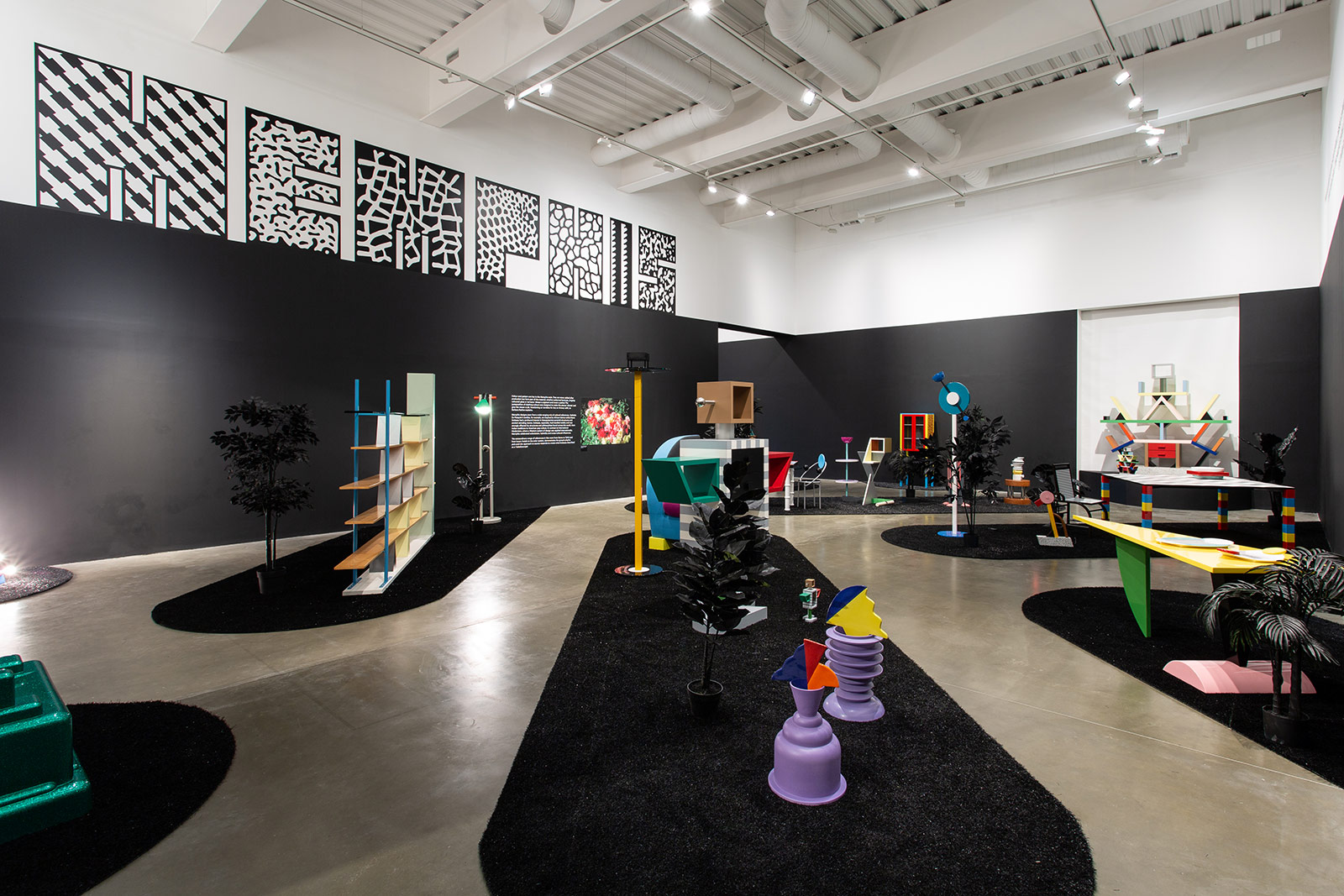 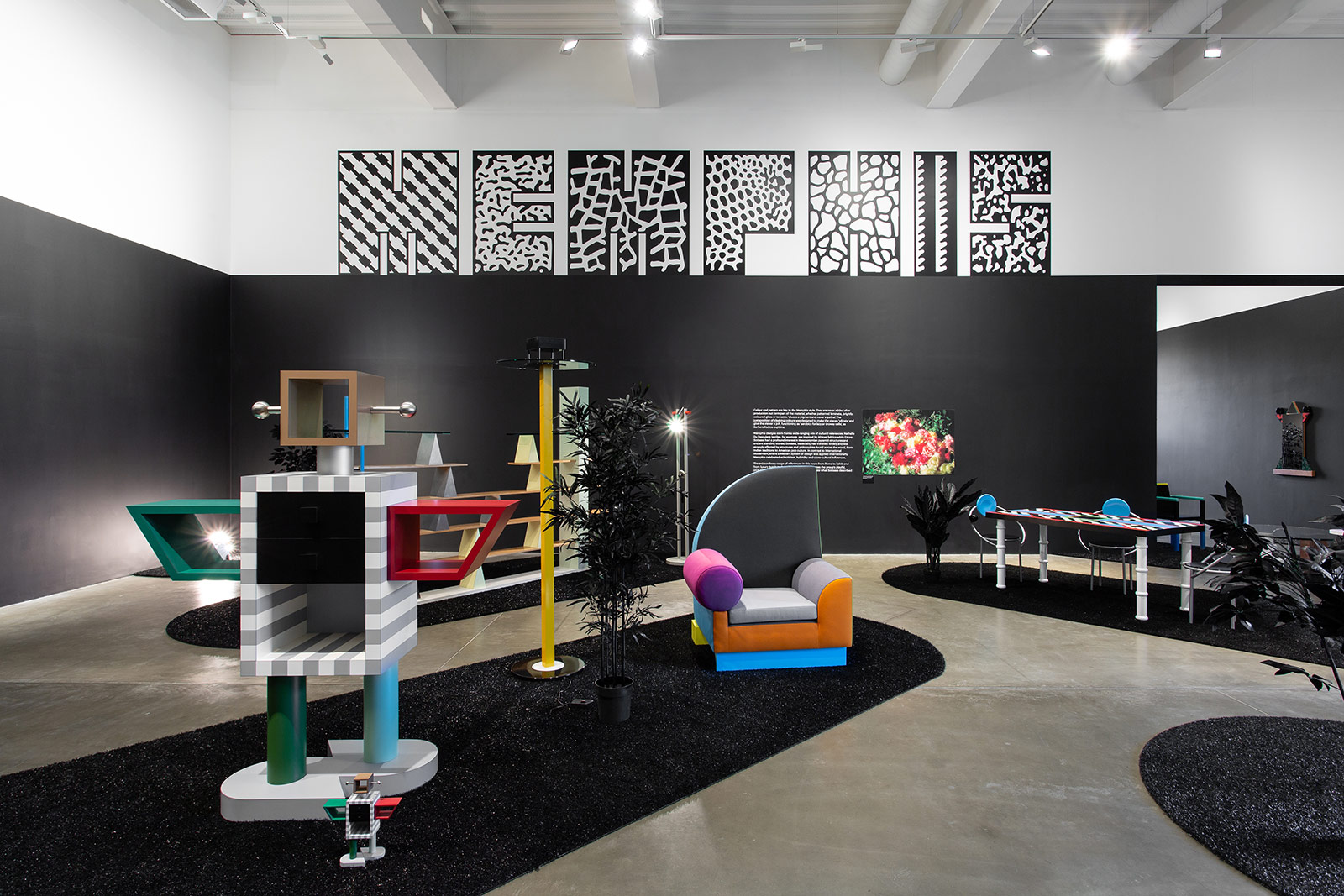 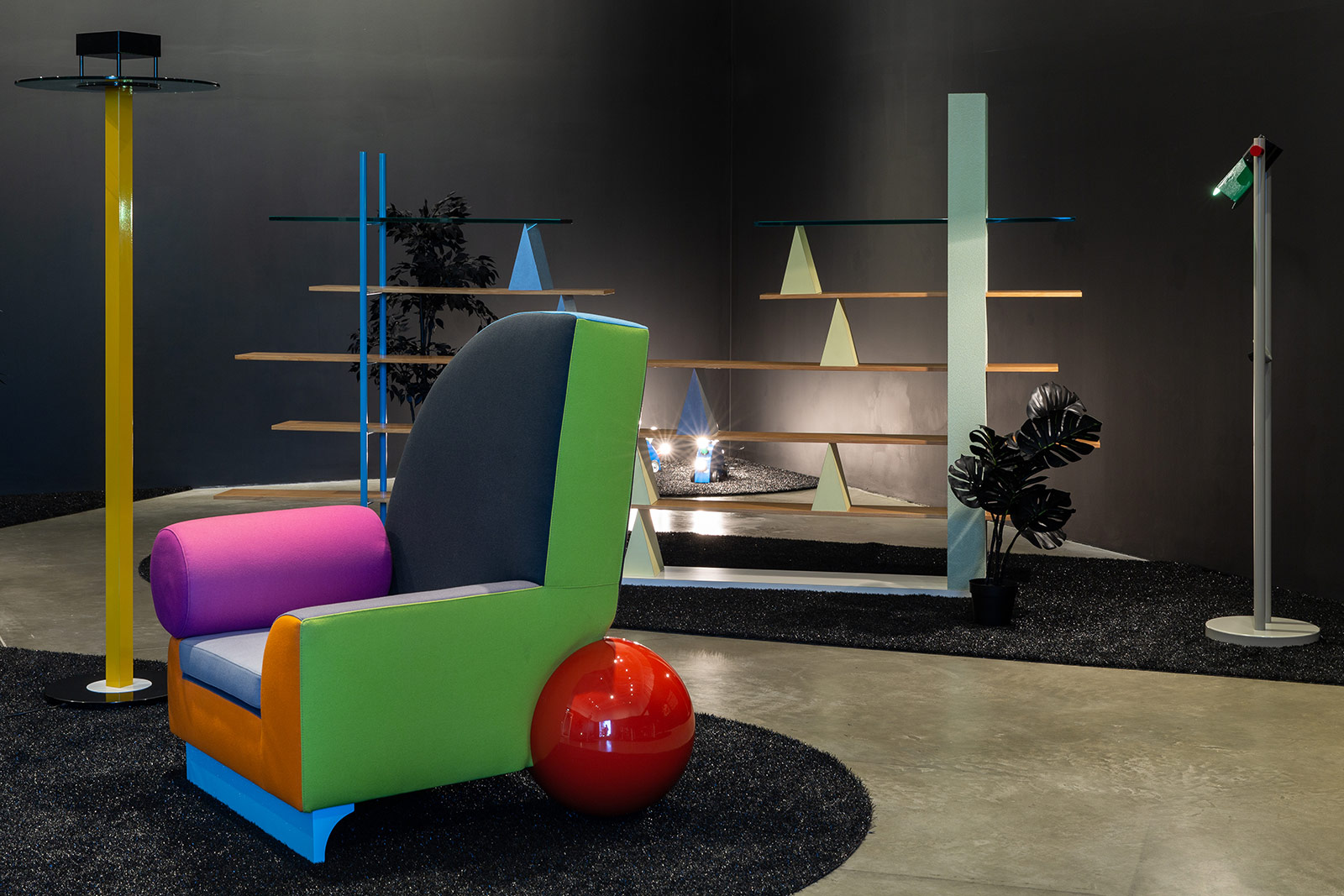 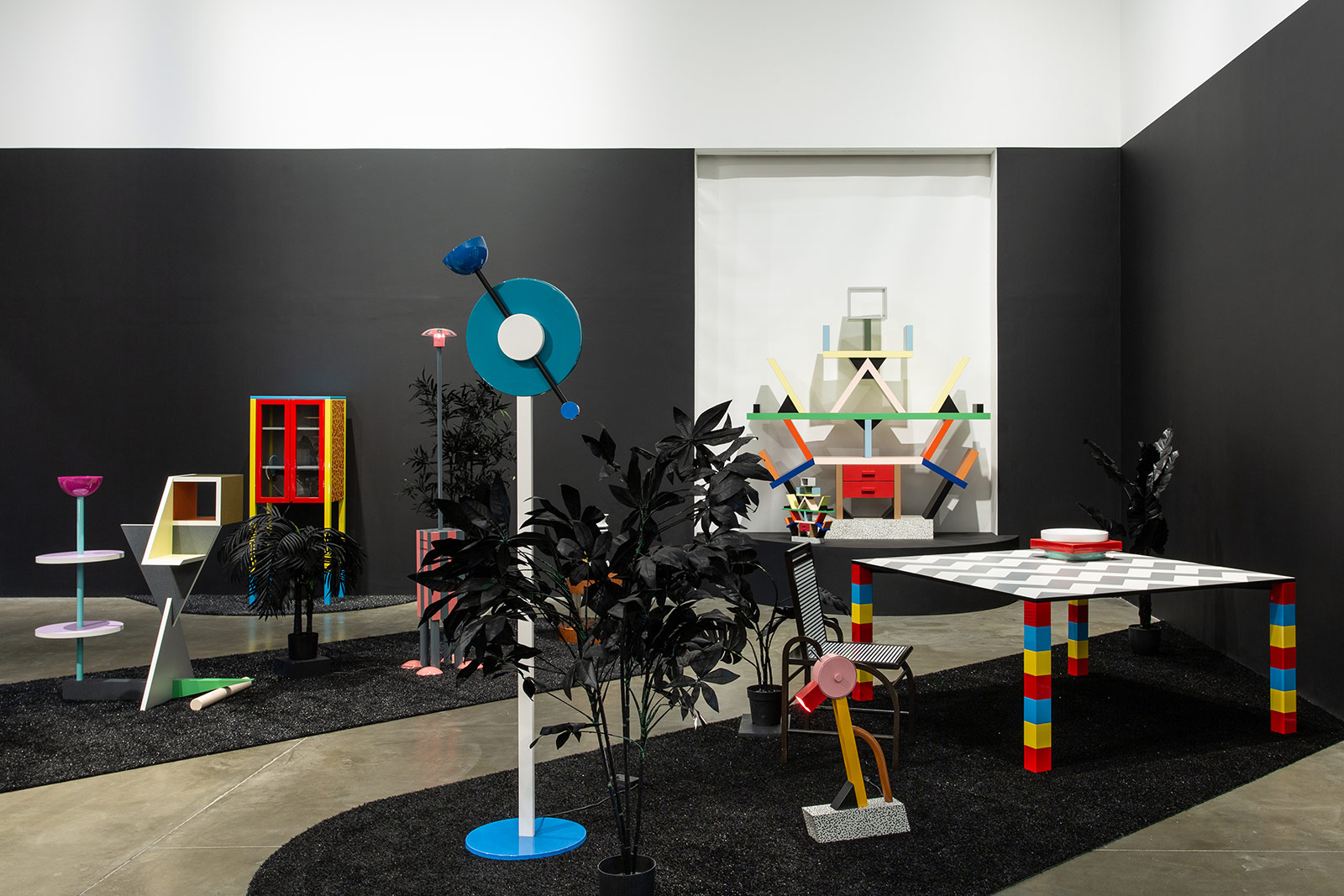