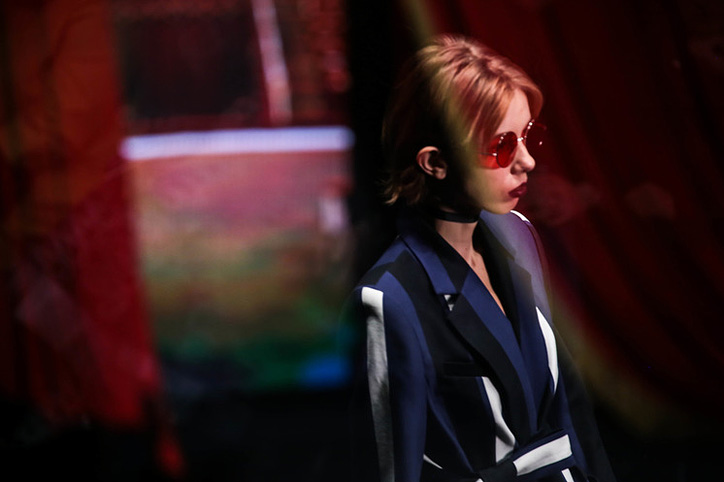 Russia is the biggest country in the world, with influences from both Asia and Europe comprising a kind of dual identity – but make no mistake, it’s more than a mere mixture of both, something truly unique. It makes sense, then, that its fashion scene is as diverse as you can imagine, without a single aesthetic definition all Russian designers agree on. From the most feminine and classic conceptions of what a woman should wear, to groundbreaking, genderless, streetwise looks, in Moscow there´s a good chance you´ll find what you’re looking for: no matter what that is. We travelled to the 31st edition of Mercedes-Benz Fashion Week Russia to discover the Spring/Summer 2016 collections on show – here’s a list of some of the best things we saw there.

In Moscow’s Manege – the center where Mercedes-Benz Fashion Week Russia takes place, right next to the picture-perfect Kremlin and Red Square – it´s important to remember that the country’s only had about 25 years to develop a ‘westernised’ contemporary fashion history of its own. While models are Russia’s main fashion export, the casting in Moscow was certainly eclectic, and often quite far from the clichés that fans of Eastern faces might expect. There are no big, old names carved in stone when it comes to Russian fashion. On the contrary, most designers are emerging talents looking to establish their brand or label as a viable business, with clothes that are commercial and wearable – which isn´t always necessarily a bad thing.

Although Russia’s fashion scene is remarkable for its big effort when it comes to makeup, hairdos and dressing up, LAROOM presented a relaxed, natural collection full of non chalance. Loose shapes, flowy dresses and minimal silhouettes were combined with colourful geometric prints, Victorian collars and shiny fabrics – we’re in Russia, after all, but next season leave the high heels at home and put on some fringed slippers. 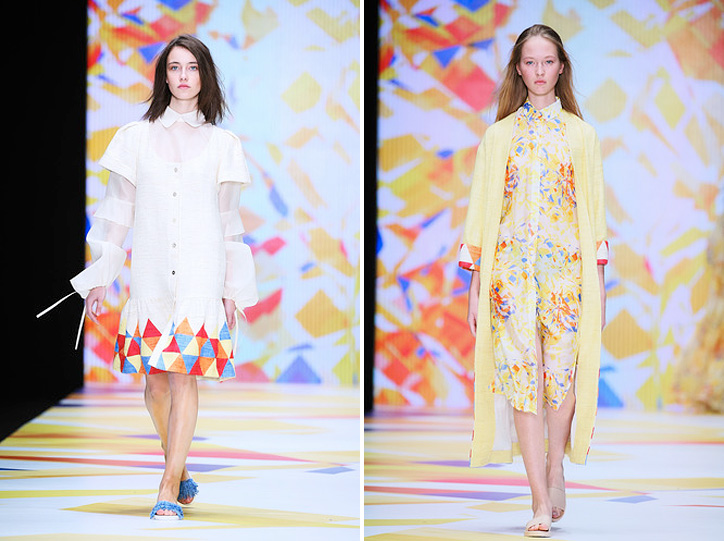 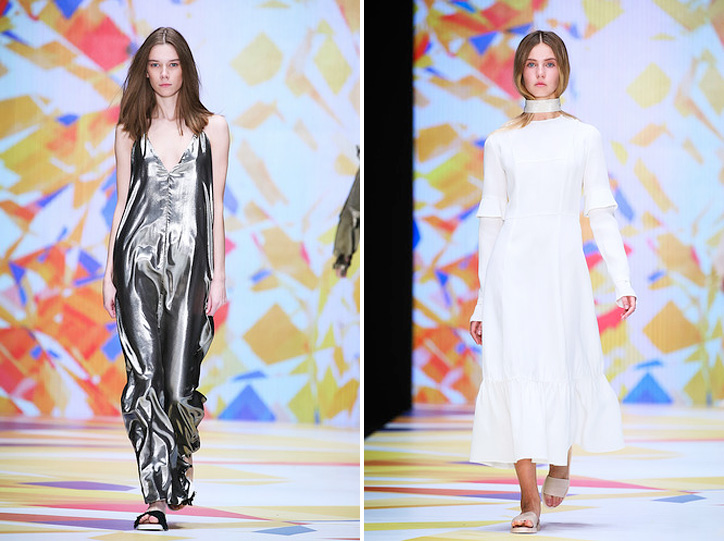 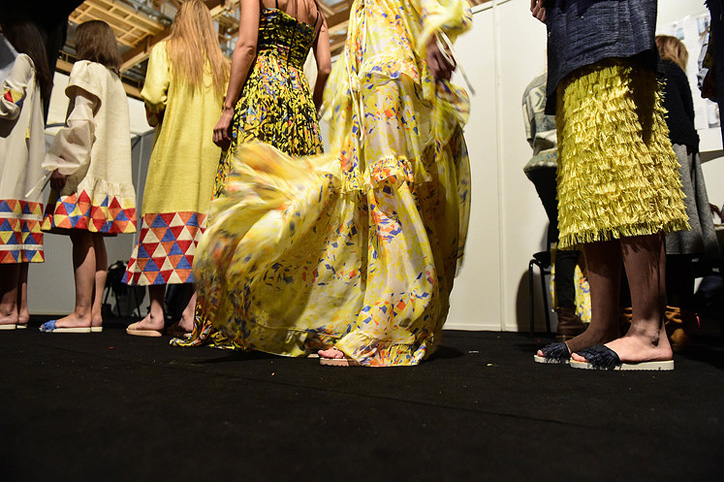 The show of ALENA AKHMADULLINA was probably the most anticipated one for Russian attendees. She’s currently one of the most remarkable designers of the country, but it’s also important to note she presented her first collection, back in 2005, in Paris – so that already gives a clue of the kind of fashion knowledge Akhmadullina possesses. Fairy tales are the starting point for her collections, and this time the sea and folk character Sadko were playing a main role (literally, as there was an old ship in the middle of the runway). Her retro mermaids wore sophisticated denim, oversized silhouettes with fur splashes and oceanic motifs combined with romantic sheer dresses. You won’t want the sand to mess up these clothes, though. 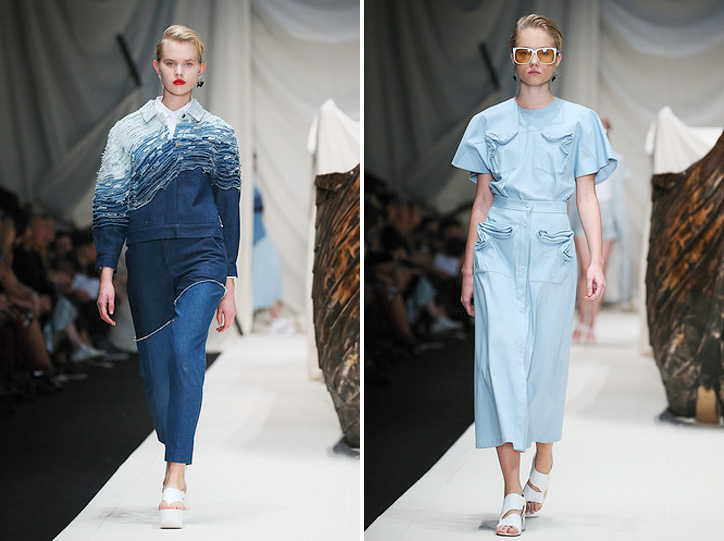 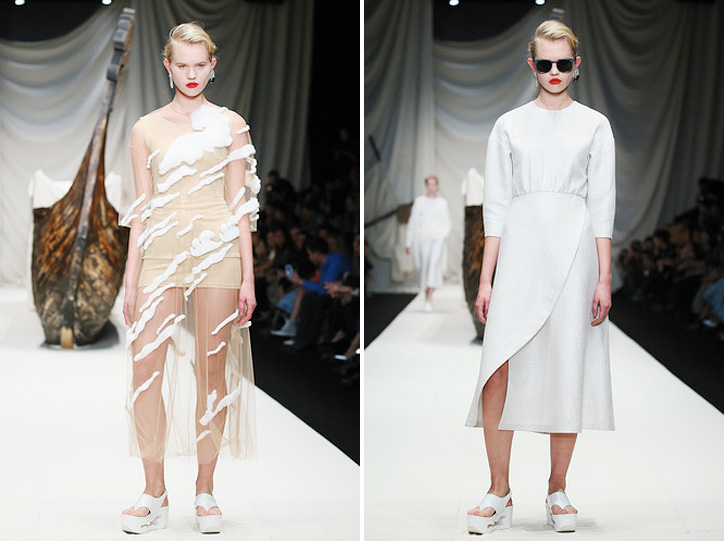 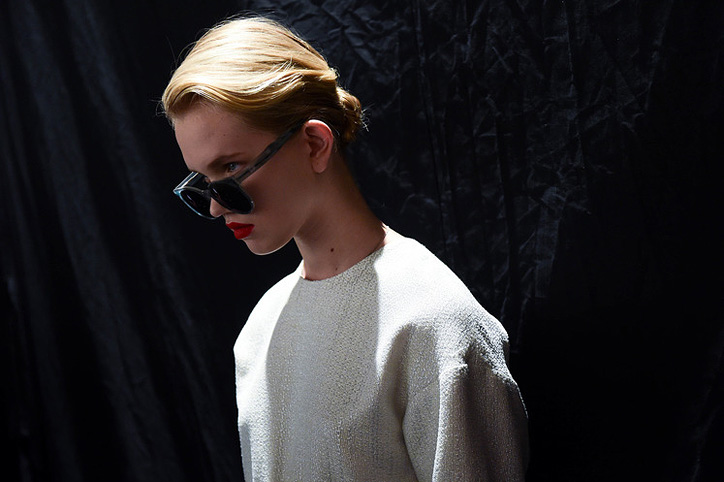 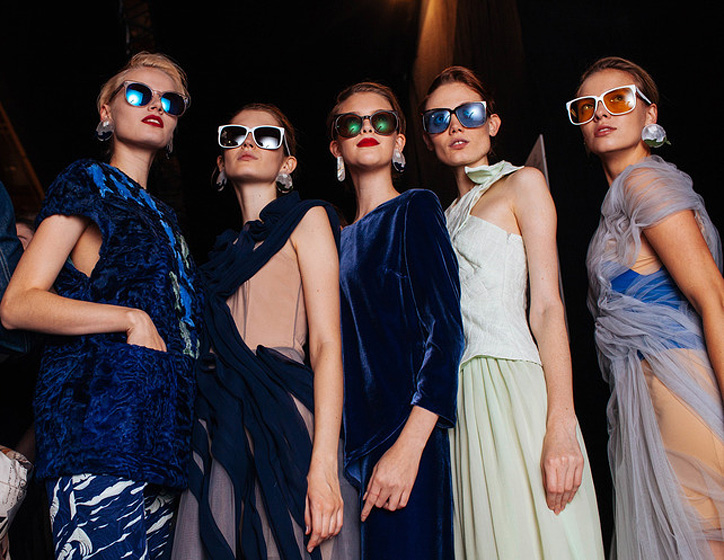 Russian girls (or women) looking forward to channeling her inner Blair Waldorf will probably look up to YASYA MINOCHKINA’s collection. Besides the ladylike aura, one of the most remarkable things about this collection were the summery vibes, translated into colourful, ruffled dresses, light coats, subtle transparencies and an ongoing flowery motif. An example of a perfectly executed refined and commercial collection. 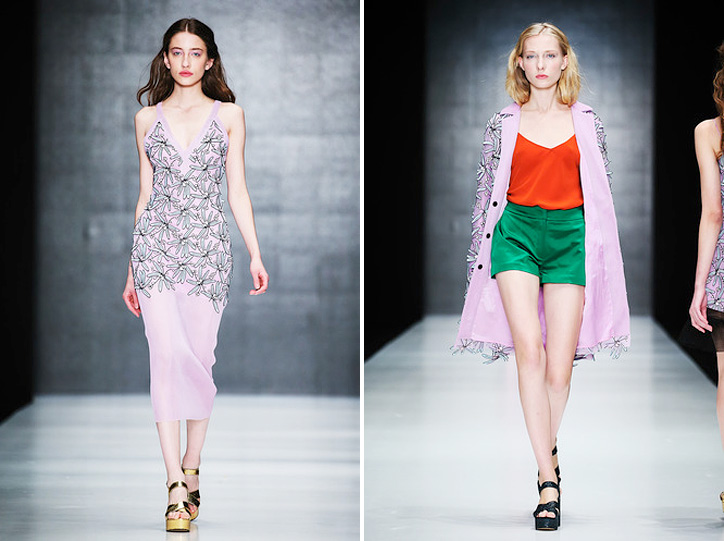 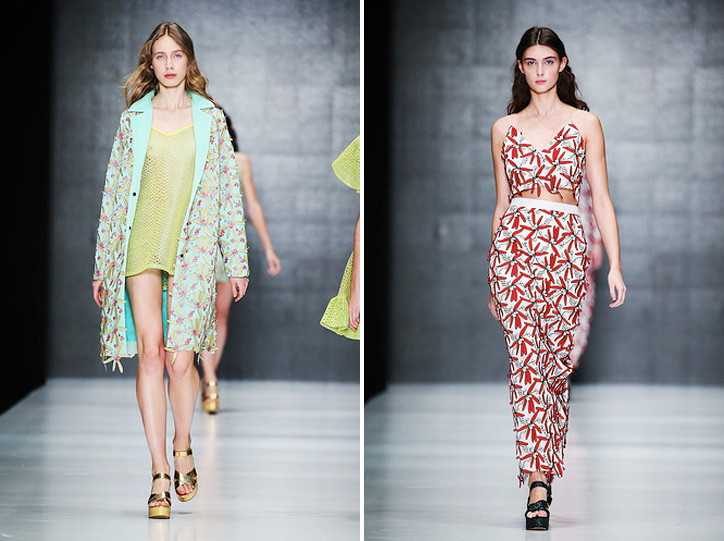 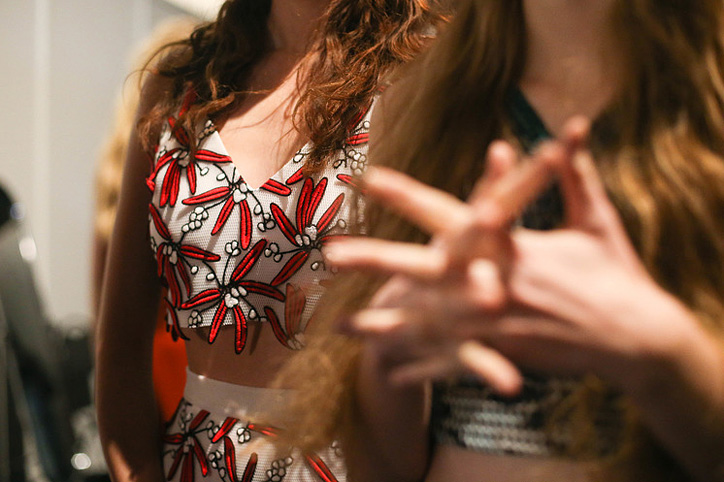 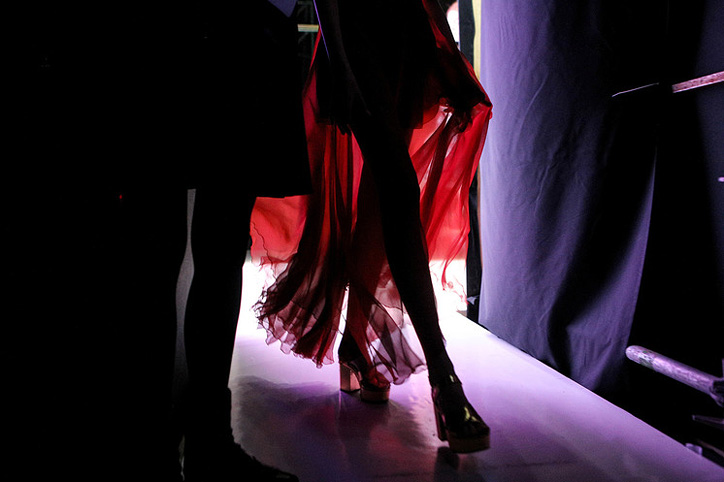 BEssARION is the name under which Georgian designer Besarion Razmadze works. If you’re unfamiliar with Georgian culture, you might not know the name is given in honour to poet Bessarion Gabashvili, a fact, however, that makes perfect sense: his clothes (and, especially, the styling) hold a striking sense of beauty and sensibility. But don’t take me wrong, it’s far from naïve or cheesy: the pieces he presented were every trendy, gothic minded girl’s midsummer night’s dream. Theatre was the main reference, so there were velvet, embellishments and fringes, but also dandy’s pyjamas silhouettes, badass perfectos and dark lipstick. Opulence never looked so futuristic. 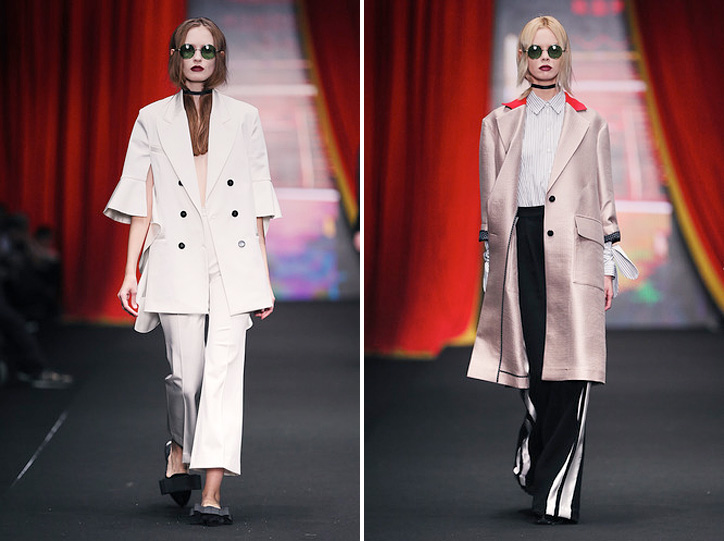 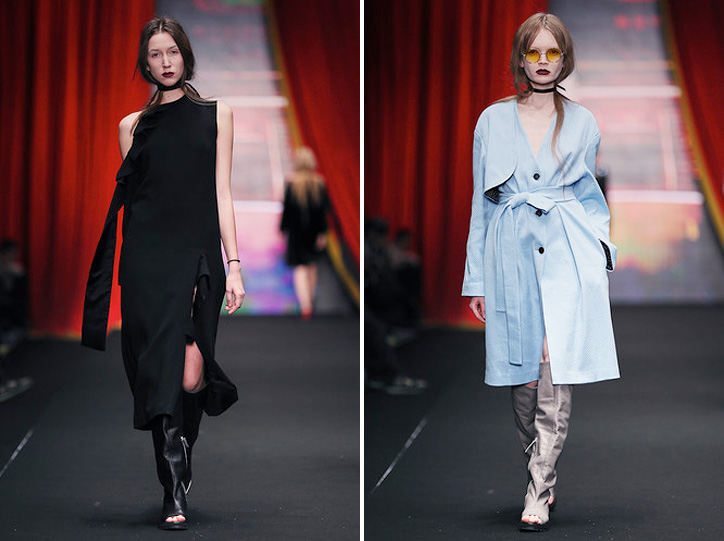 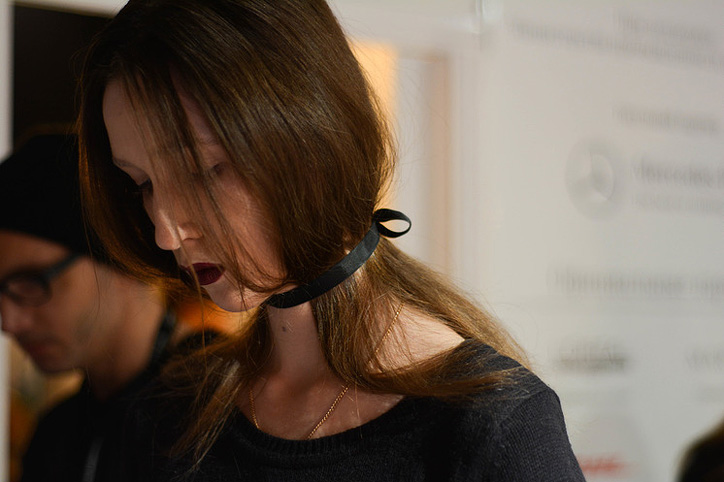 PIROSMANI BY JENYA MALYGINA was another show most fashionistas were looking forward to. From all the clothes presented on the runway at Moscow’s Manege complex, this was the black sheep everyone is in love with. While most Russian designers look to the West to find inspiration, in the case of Pirosmani Japan and its fashion gurus seem to be the point of reference. It was an androgynous collection, and you could sense the effort to deconstruct classical pieces and give birth to new volumes and combinations – the oversized suits for him and her were the most remarkable results. 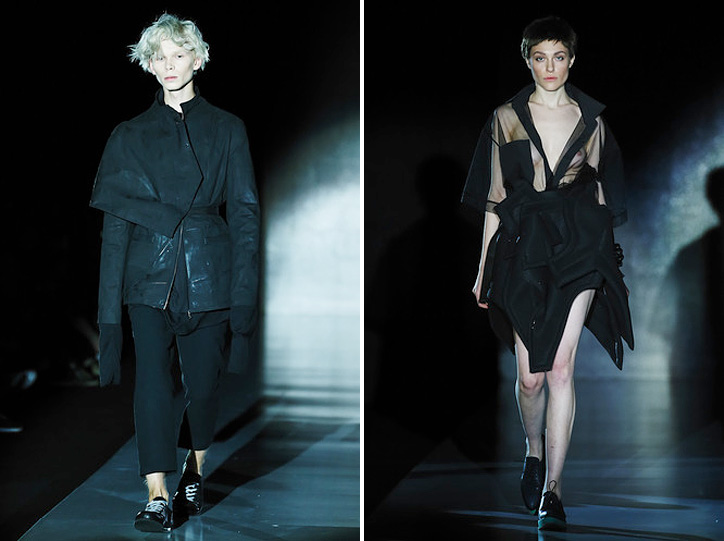 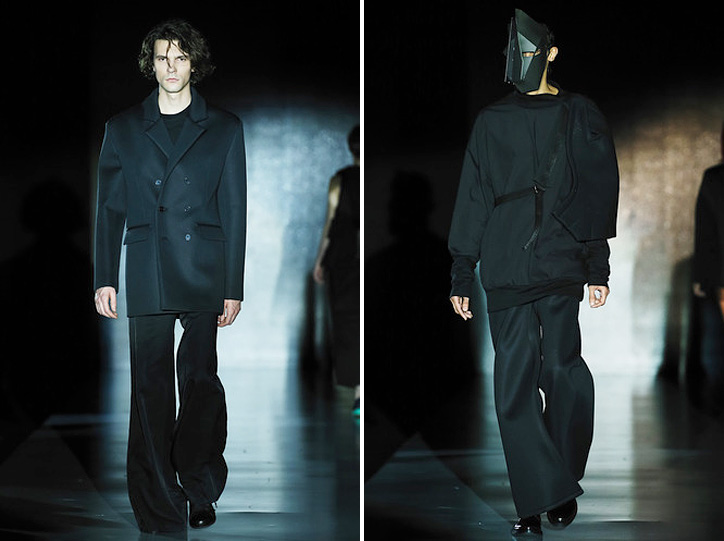 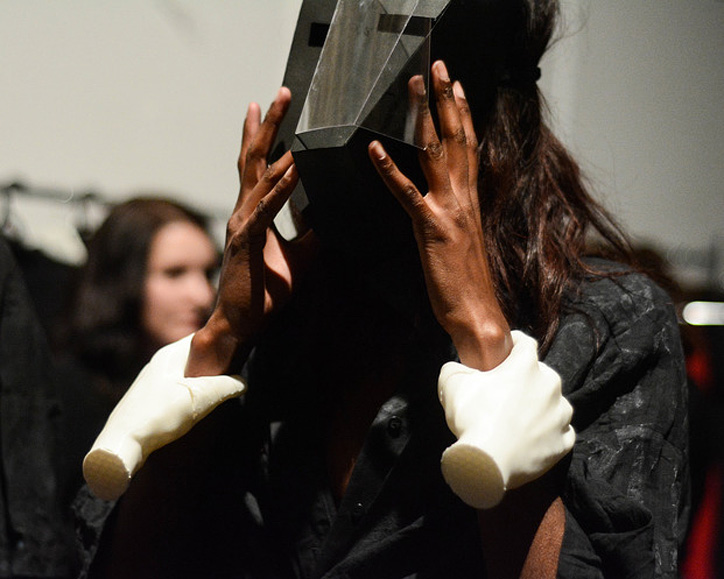 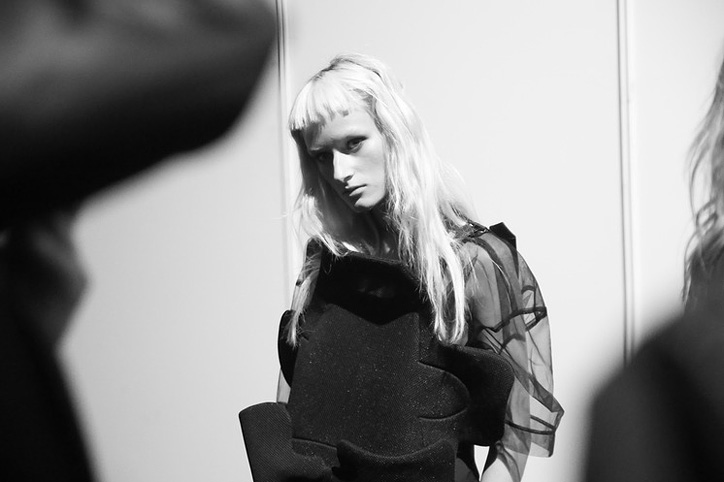