What is a hero? 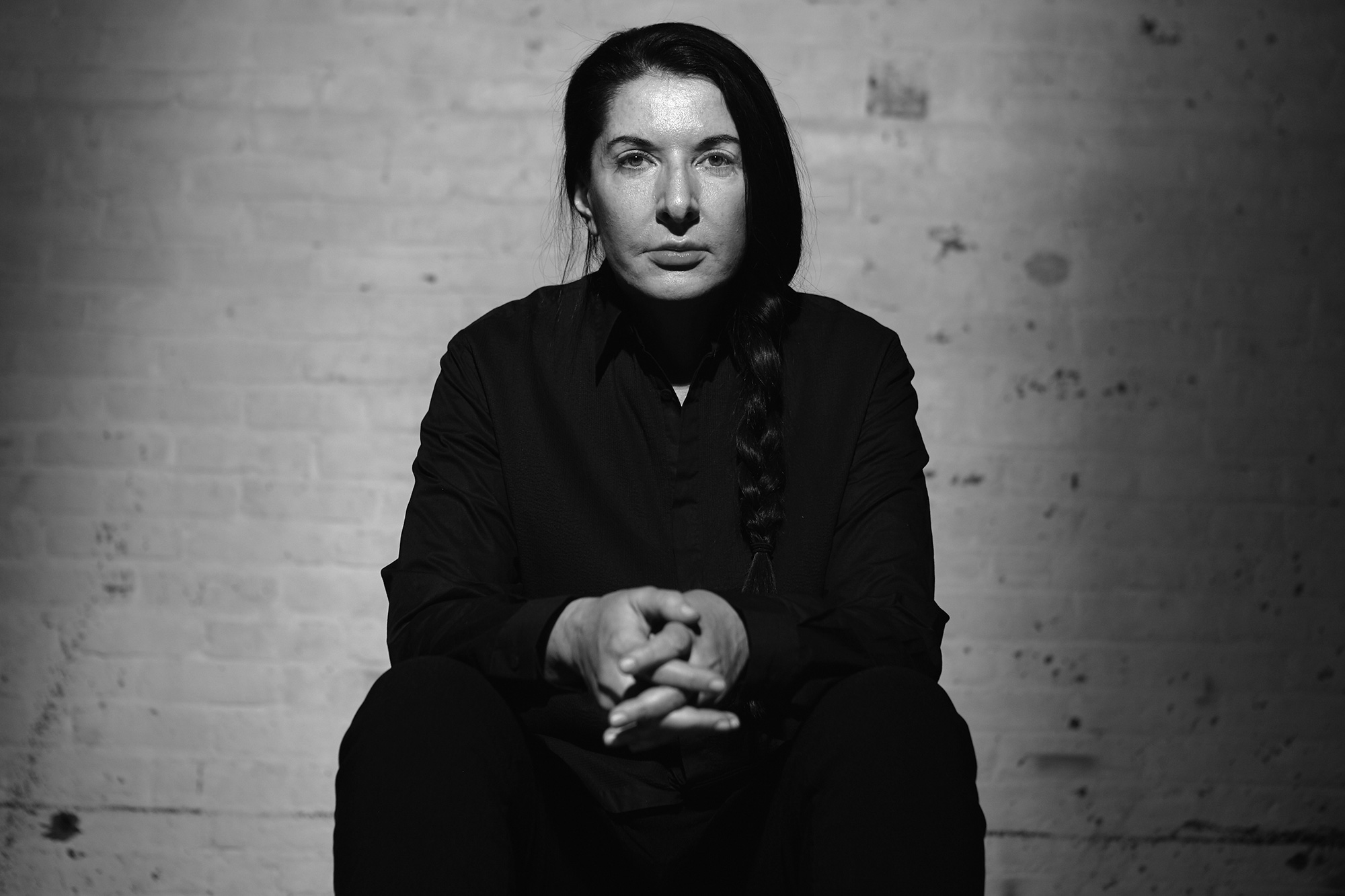 Marina Abramović is no stranger to pushing boundaries. For decades, the conceptual and performance artist has taken her work to the extremes, both physically and emotionally. Her latest work, The Hero, situates us in the instability of our current world and challenges us to consider what it means to be heroic. Ready to take the world by storm, the film is presented by Circa in seven cities across the globe – London, Berlin, Los Angeles, Melbourne, Milan, New York and Seoul.
Since the ‘70s, Abramović has been exploring the tension between abandonment and control. Whether it’s stabbing a knife between the spaces of her fingers or scrubbing blood and gristle from cow bones, her pieces confront fear and vulnerability. In one of her most notable works, Rhythm 0 (1974), she laid alongside a table of seventy-two objects including a rose, a feather, chains, whips, and even a pistol loaded with one bullet, inviting the audience to do as they please. The result is shocking – while audience members begin by giving her the rose, their acts escalate to violence and sexual assault. When the pistol is held to Marina’s head, the audience breaks out into uproar until the exhibition ends, leaving them to confront their own morality.

In another wildly influential performance at MoMA in New York, The Artist Is Present (2010), Marina sat silently across an empty chair as people lined up to sit across from her. The exhibit attracted 850,000 visitors. For 3 months, the artist moved strangers to tears by simply meeting their gaze. Her work evokes and incites. It strips us down to the rawest version of ourselves, forcing us to face the reality of who we are.

Abramović ’s latest film questions and redefines the nature of heroism. It begs us to question whether heroism is possible in today’s society and what a hero is. Previously, Abramović has outlined the principles an artist ought to follow in An Art’s Life Manifesto (2011). For her new film, she has adapted these principles, creating The Hero Manifesto. This call-to-action provides characteristics that a hero should possess throughout their life, even during death. “We need heroes that can bring new light to illuminate us. Heroes that can inspire us to be better, and to work together, not against each other. Heroes who care,” says Abramović.

Dabbling in new platforms and technologies, this project will be presented on Tezos blockchain and she will announce details of her first ever NFT at Art Basel on June 19. Additionally, the artist has created a lenticular print in support of Circa’s free public art programme, which will be available for purchase for £100 on circa.art until August 31.
This film streams at Piccadilly Lights (London, UK), Limes Kurfürstendamm (Berlin, Germany), Pendry West Hollywood (Los Angeles, USA), Fed Square (Melbourne, Australia), Luxottica Piazzale Cadorna (Milan, Italy), Luxottica Times Square (New York, USA) and COEX K-Pop Square (Seoul, South Korea) at 8:22 pm in each city’s respective time zone, until August 31. 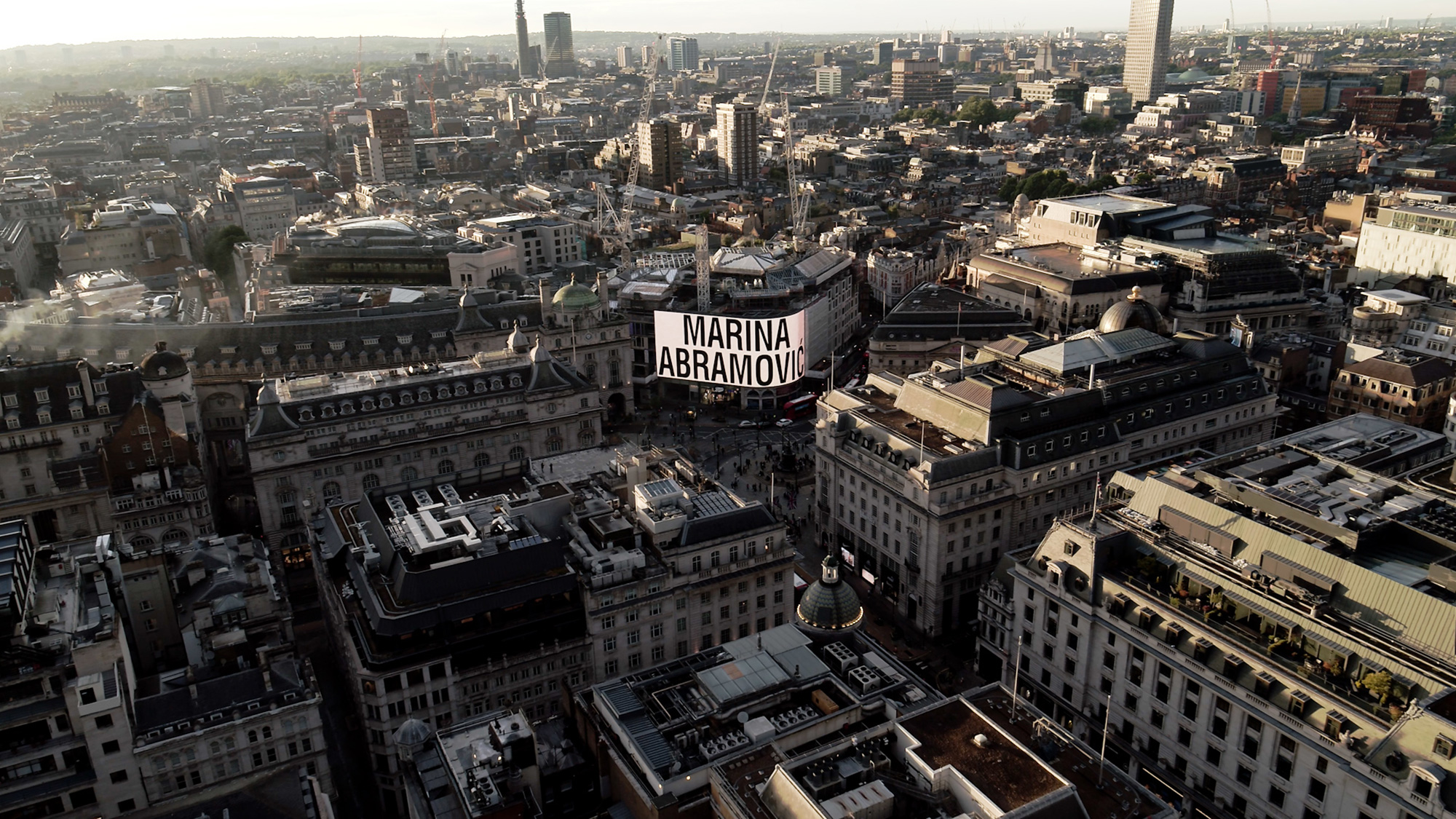 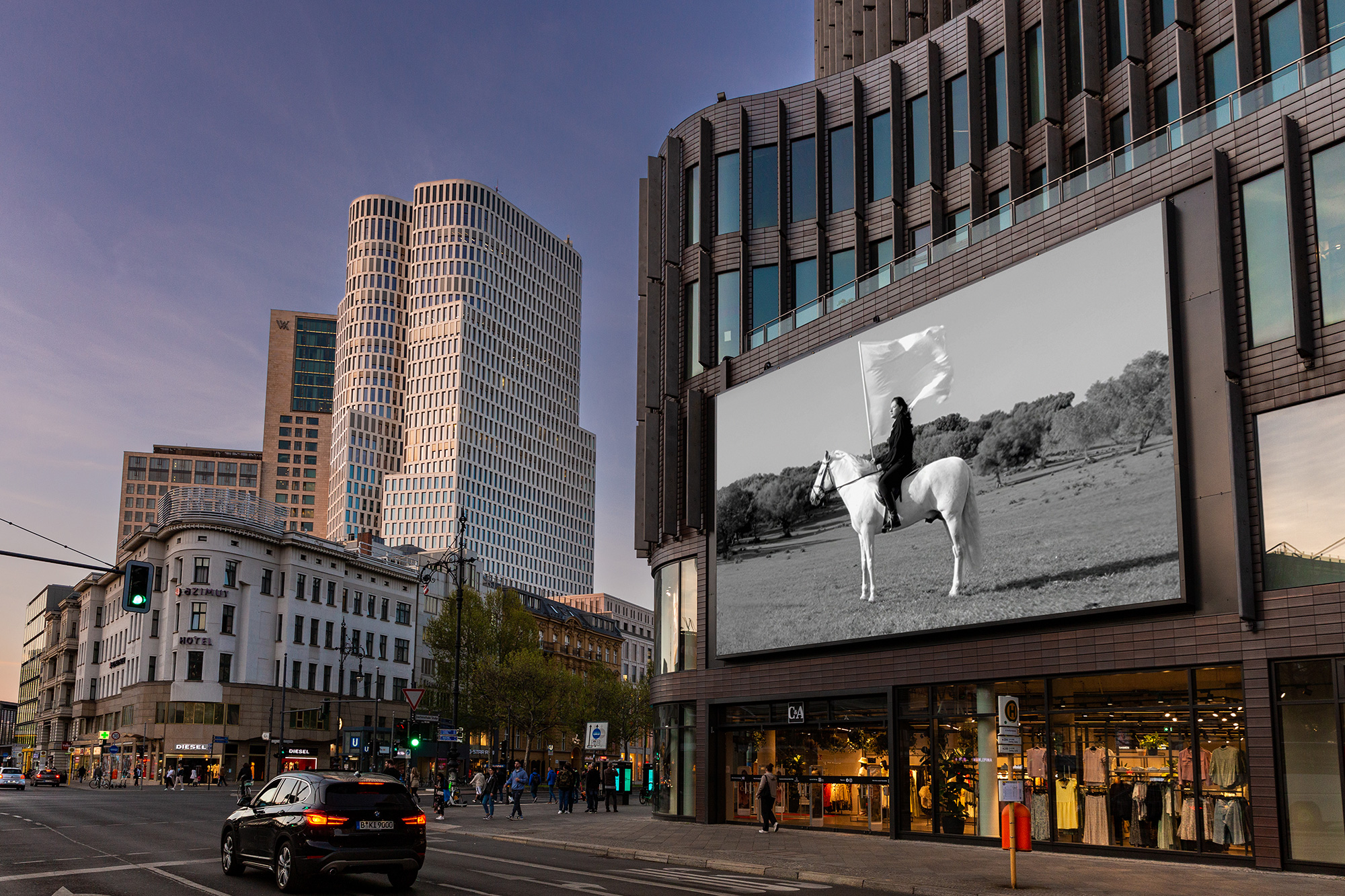 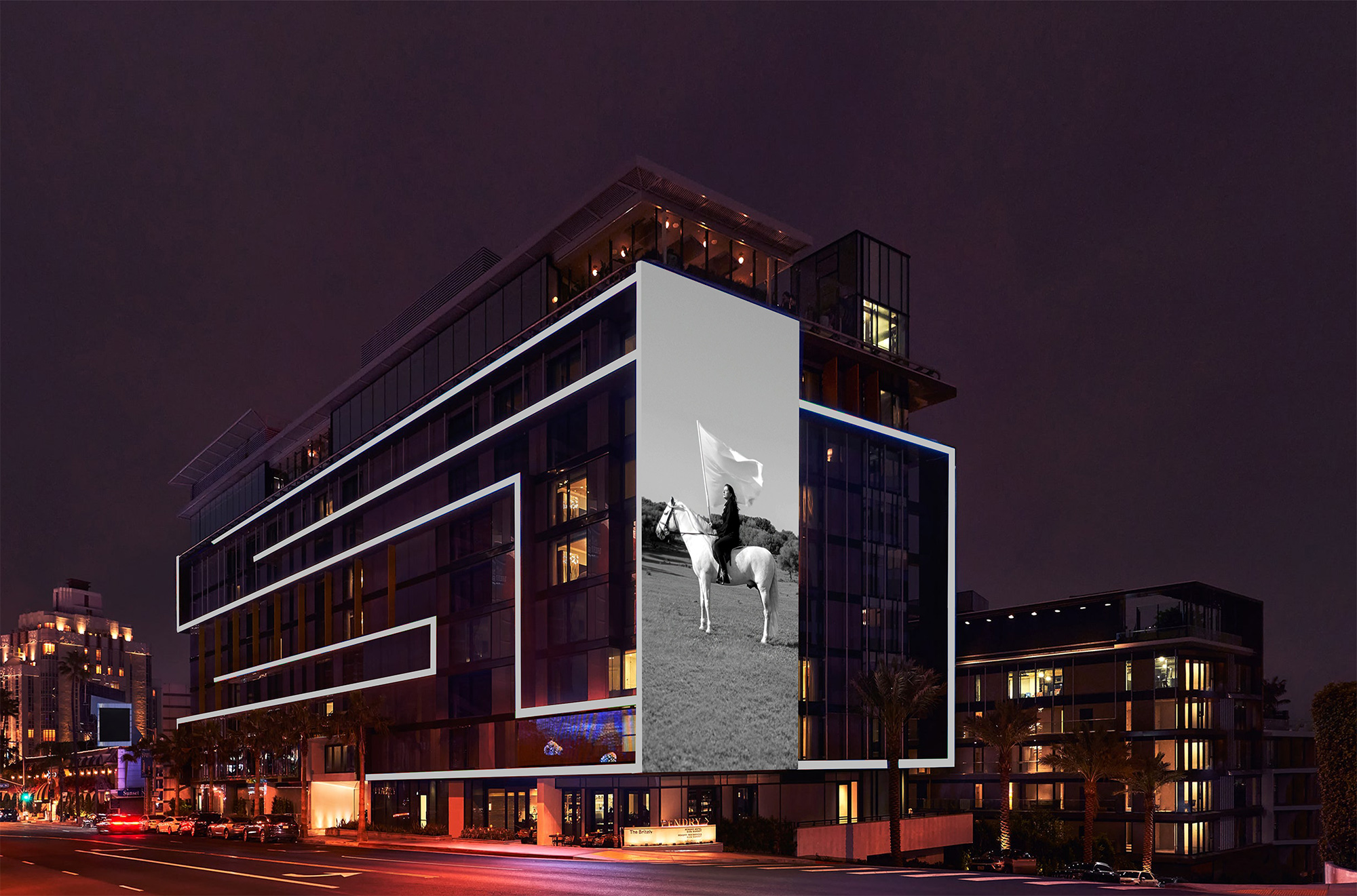 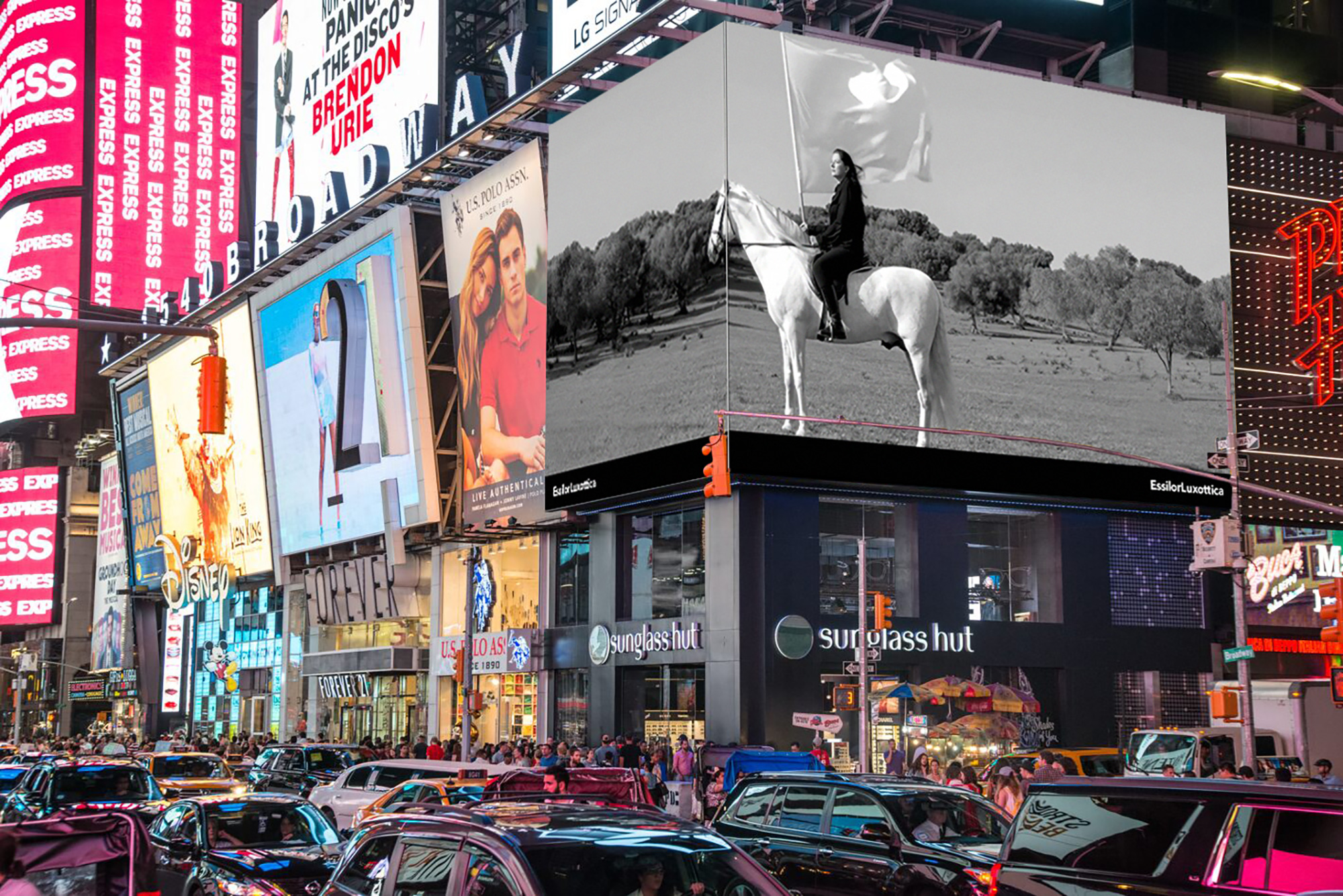 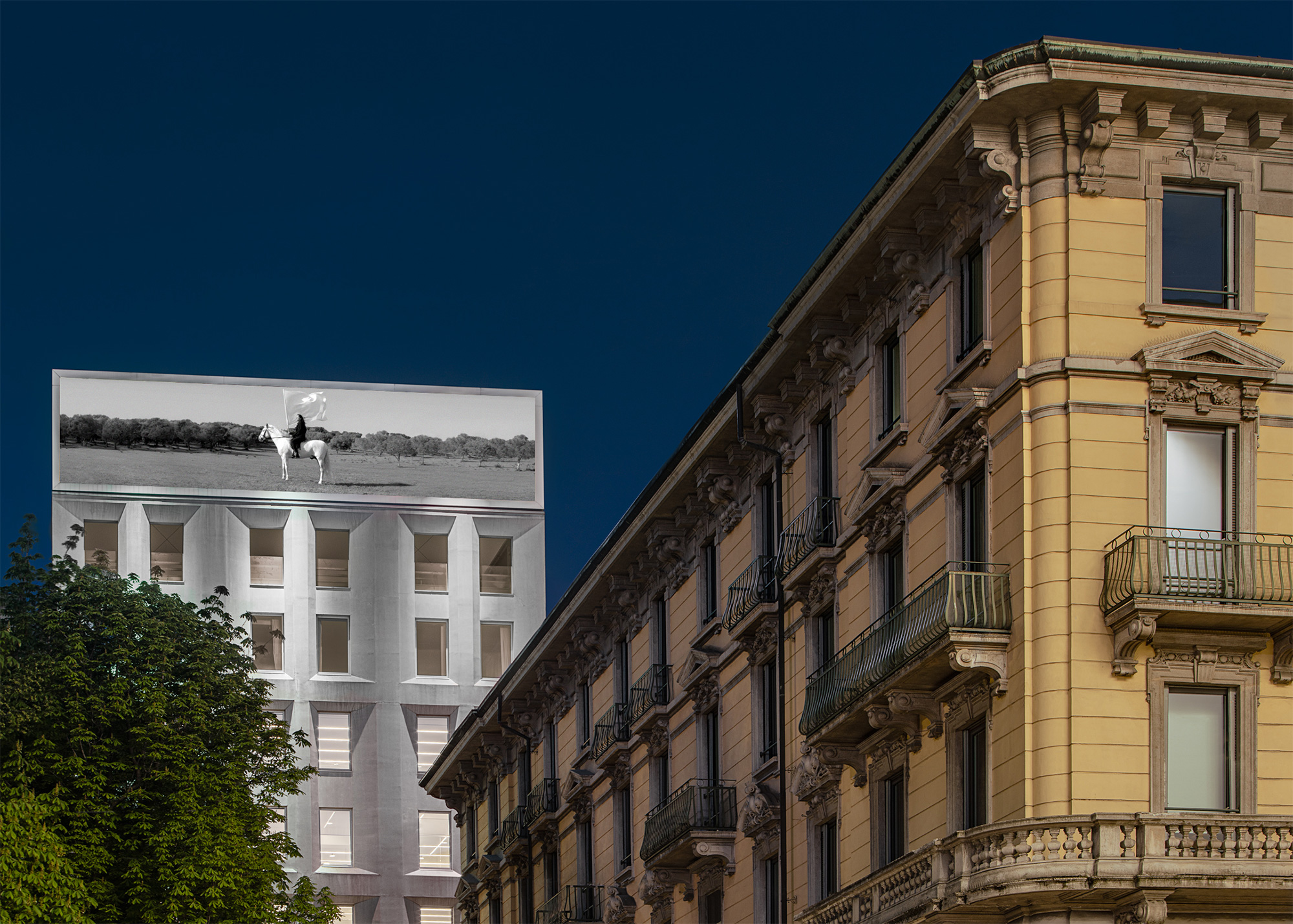 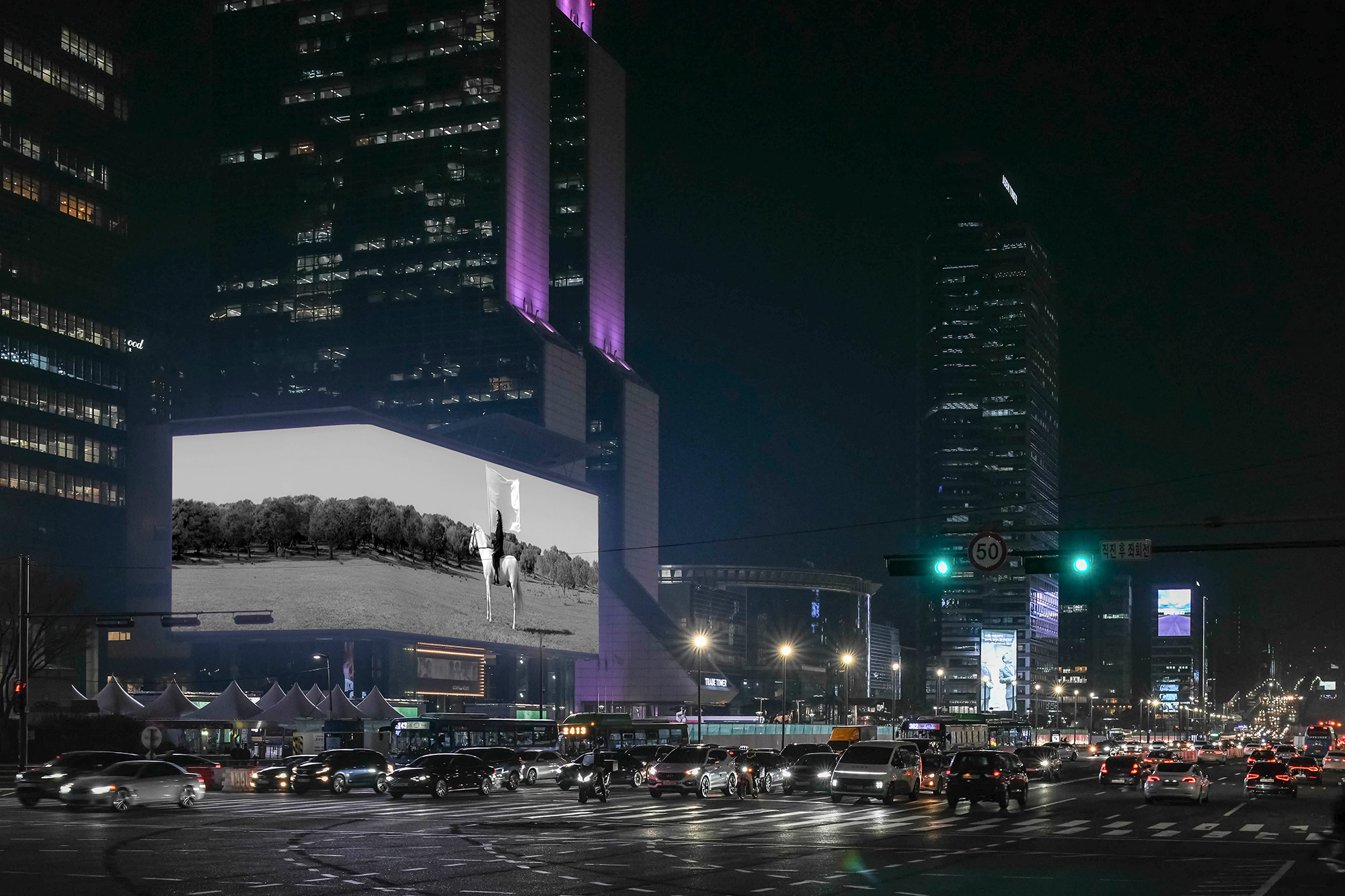