This is not my world 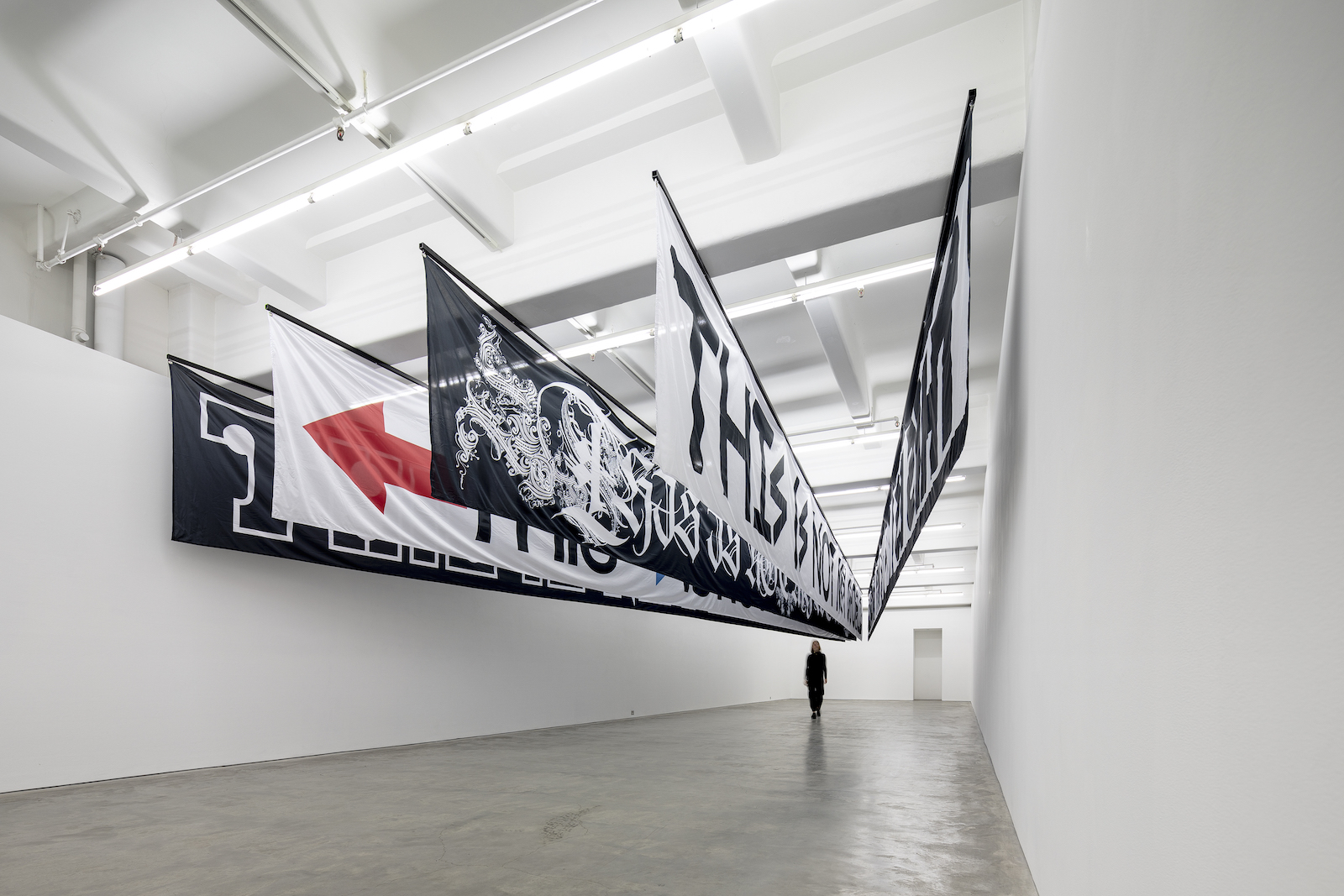 Mainly inspired by a slogan coined by the Group of Six Artists (a 1970s Yugoslavian collective), Melbourne-based artist Marco Fusinato presents his newest installation at Anna Schwartz Gallery titled This Is Not My World. On view until July 6, the artist has been working on this project for thirteen years and has collaborated with five different graphic designers.
Originally attached to the side of a government building in Zagreb (Croatia) in a guerrilla action, the so-called Group of Six Artists (composed of Mladen, Sven Stilinović, Boris Demur, Vlado Martekand, Fedor Vučemilović, and Zeljko Jerman) first used the ‘This is not my world’ slogan in the 1970s. Their body of work aimed at provoking society and art institutions, which rejected their new ways of expression, and mainly exhibited publicly and very ephemerally in squares, buildings, and even the beach. Now, Australian artist and musician Marco Fusinato goes back the collective’s unapologetic and rebellious works by appropriating one of its slogans.
This Is Not My World, the installation comprised of five 18-meter-long black and white screenprinted pieces of polyester fabric, is the collaborative work between Fusinato and five graphic designers, ranging from small studios to renowned professionals. The late Joseph Churchward, who invented several fonts still used today, is the most famous one. But he’s worked with others: Experimental Jetset, Seldon Hunt, Radim Pesko, and more recently, Masahiko Ohno. Each of them has helped Fusinato create the stunning, large-scale pieces, which merge graphic design, installation, guerrilla, and conceptual art similar to Barbara Kruger or Jenny Holzer, known for their word-based oeuvre.
The exhibition This Is Not My World by Marco Fusinato is on view until July 6 at Anna Schwarz Gallery, 185 Flinders Ln, Melbourne. 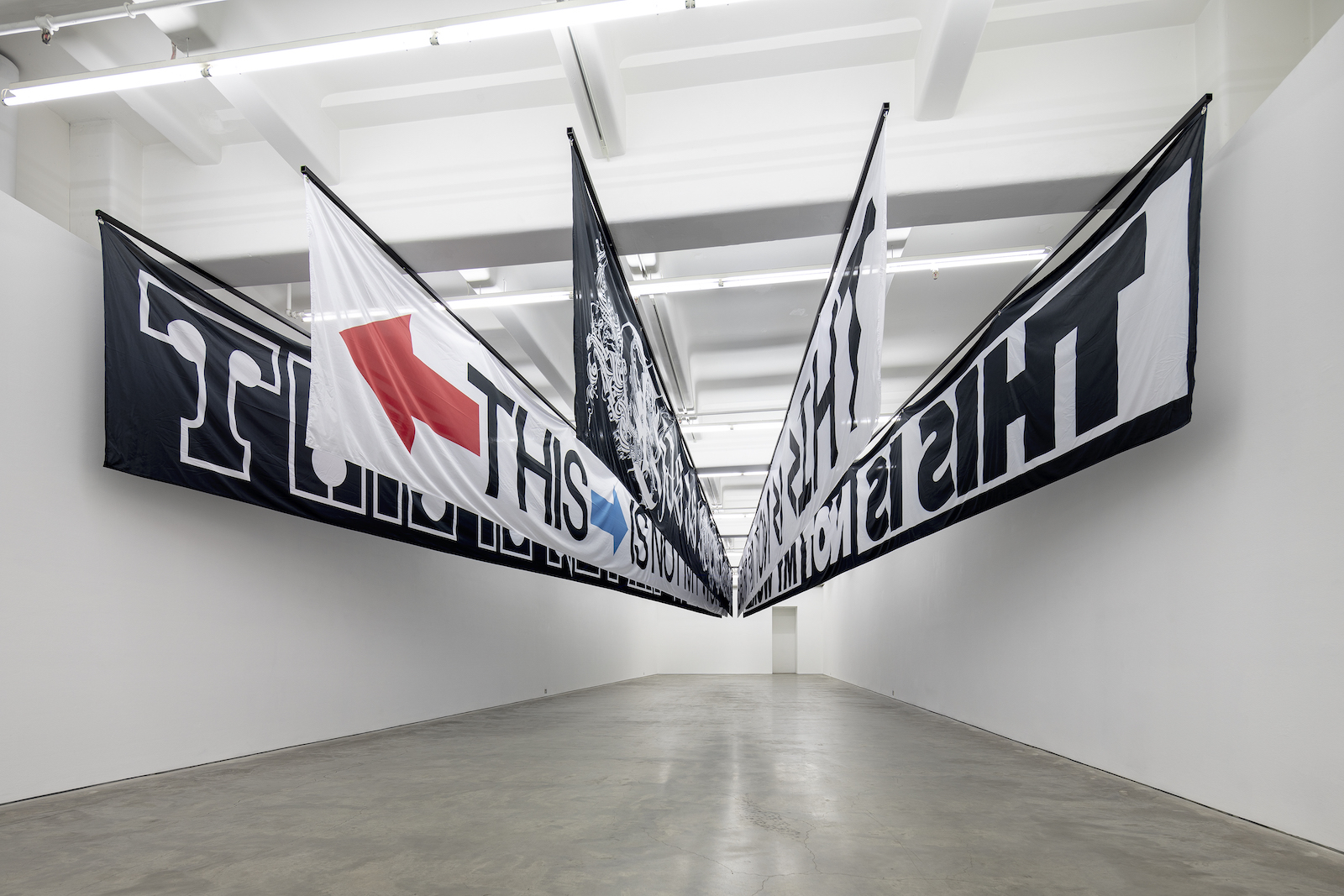 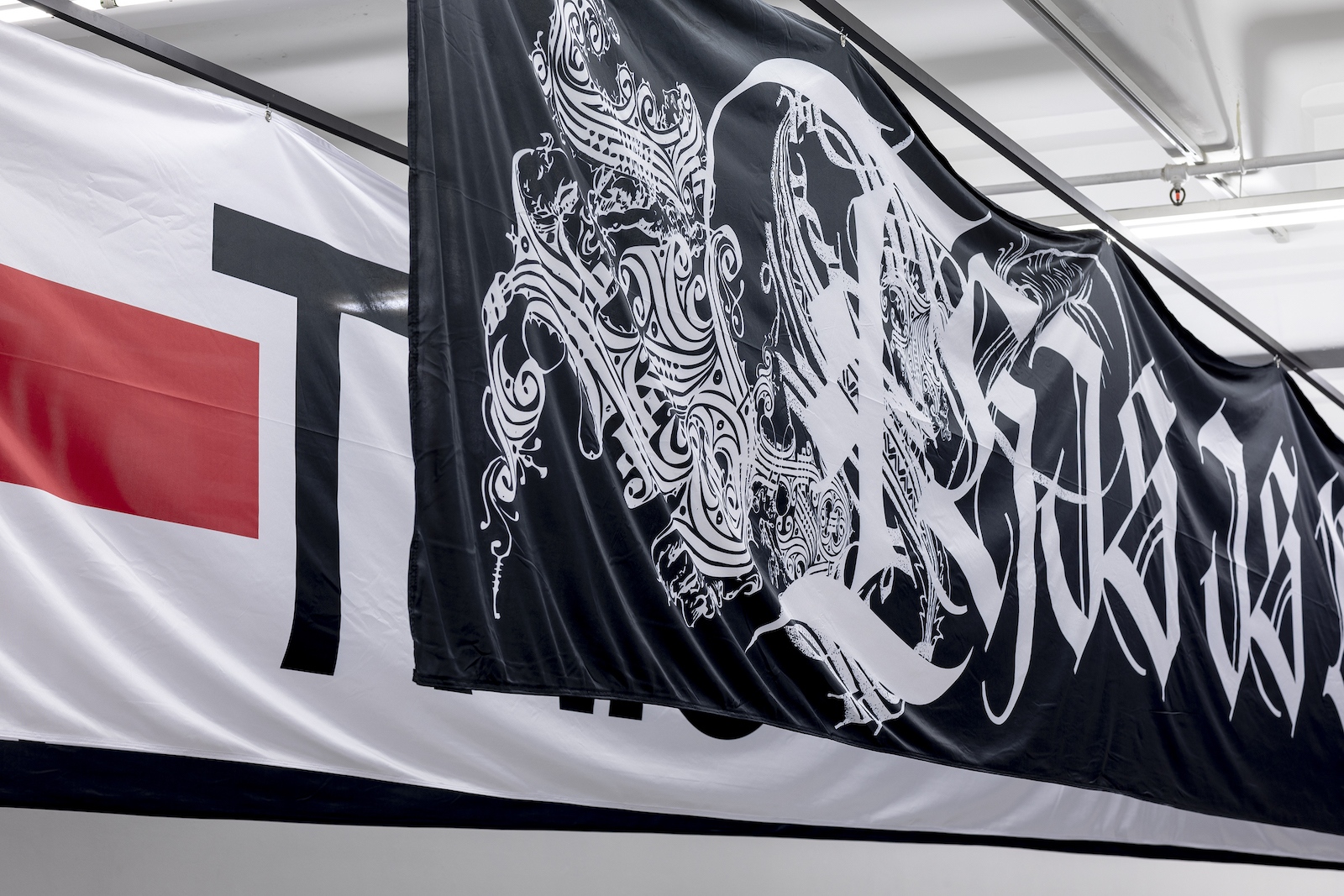 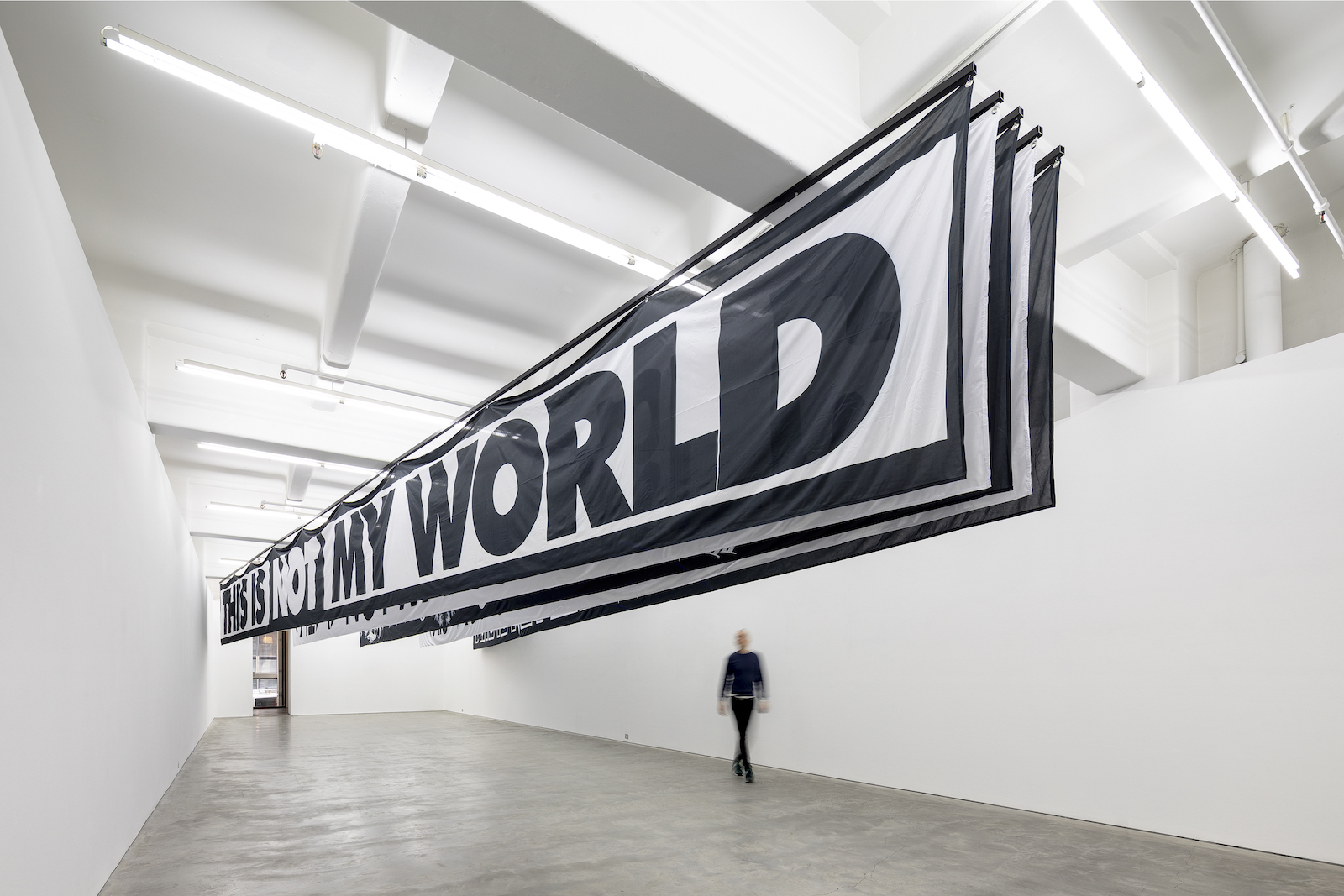 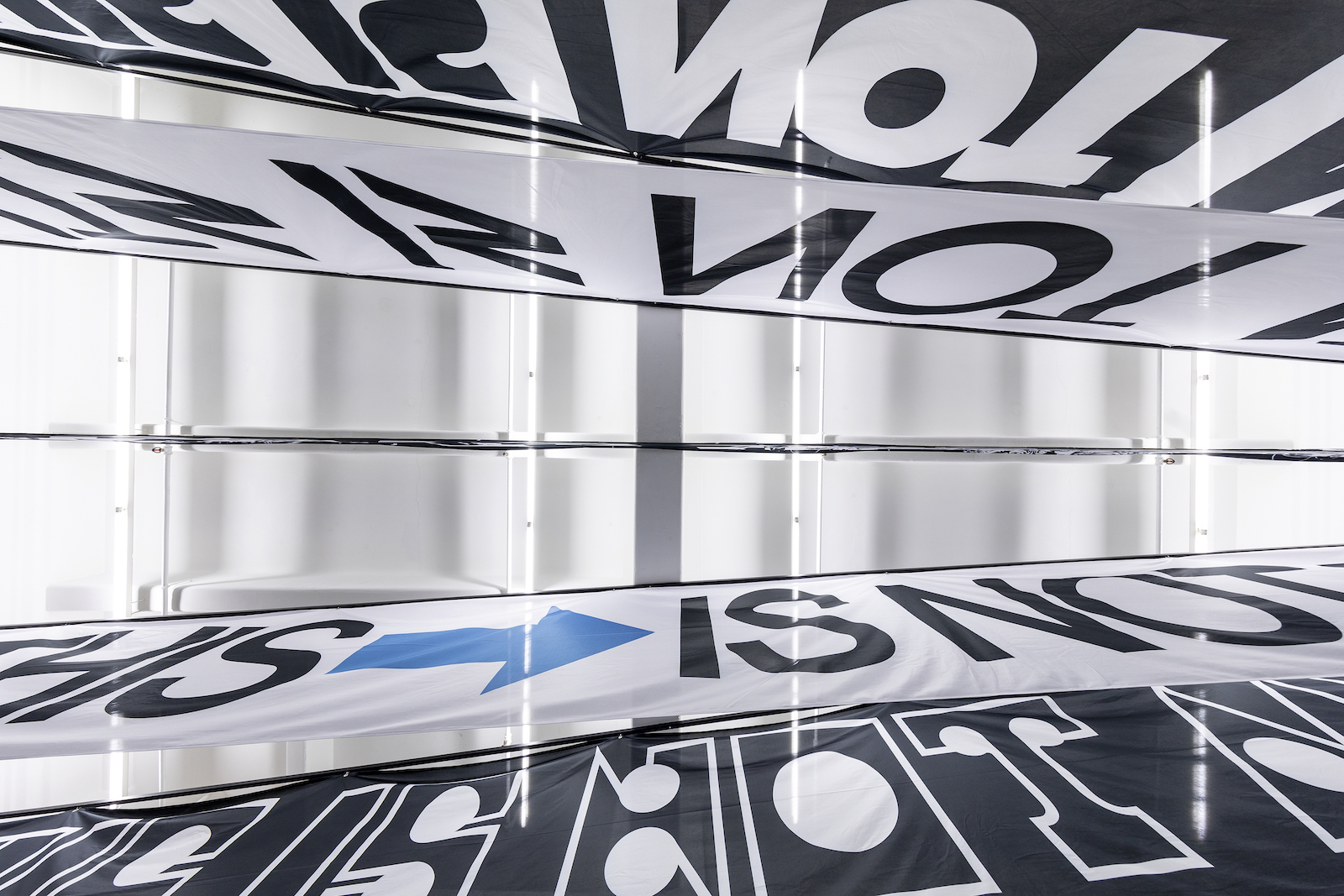 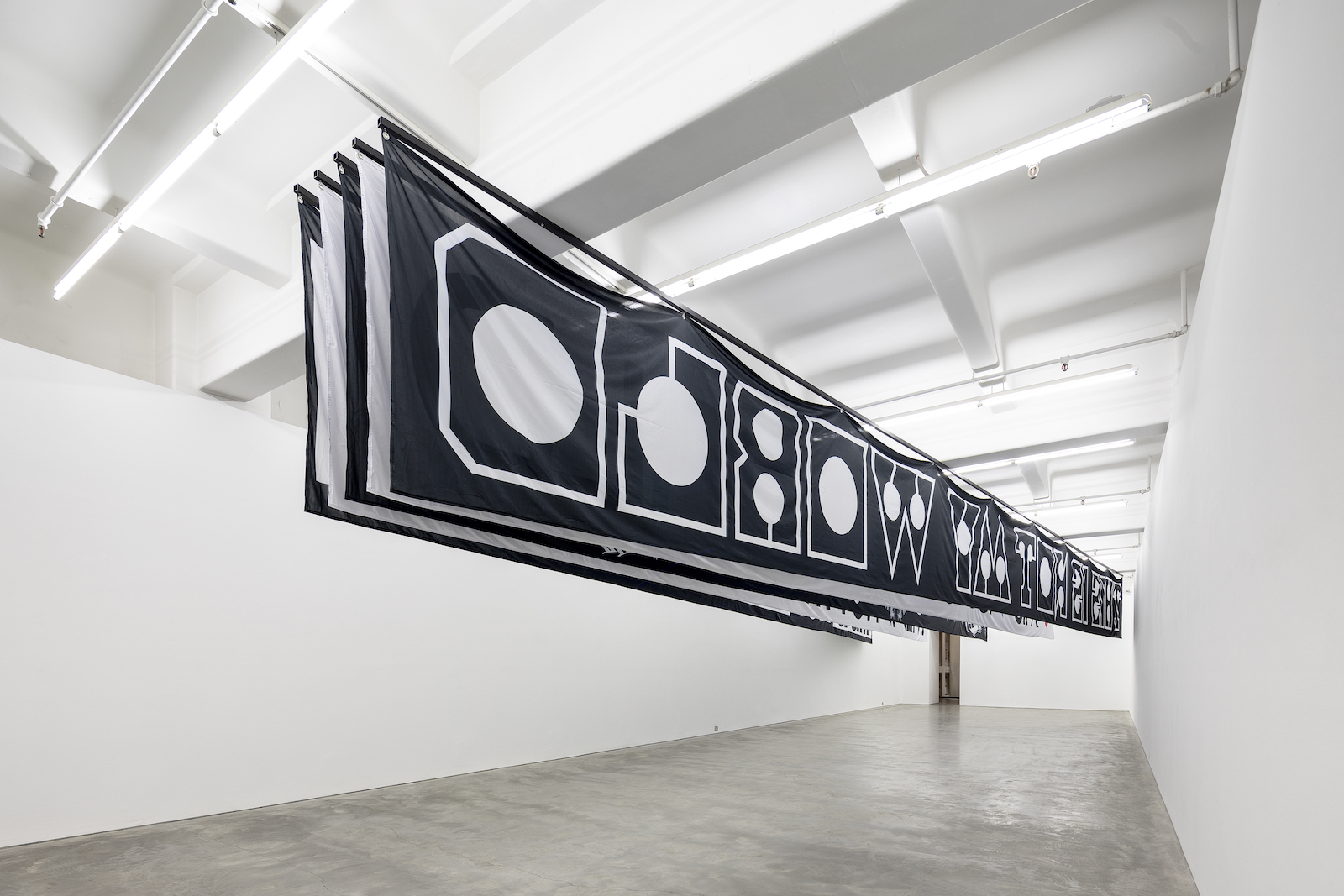