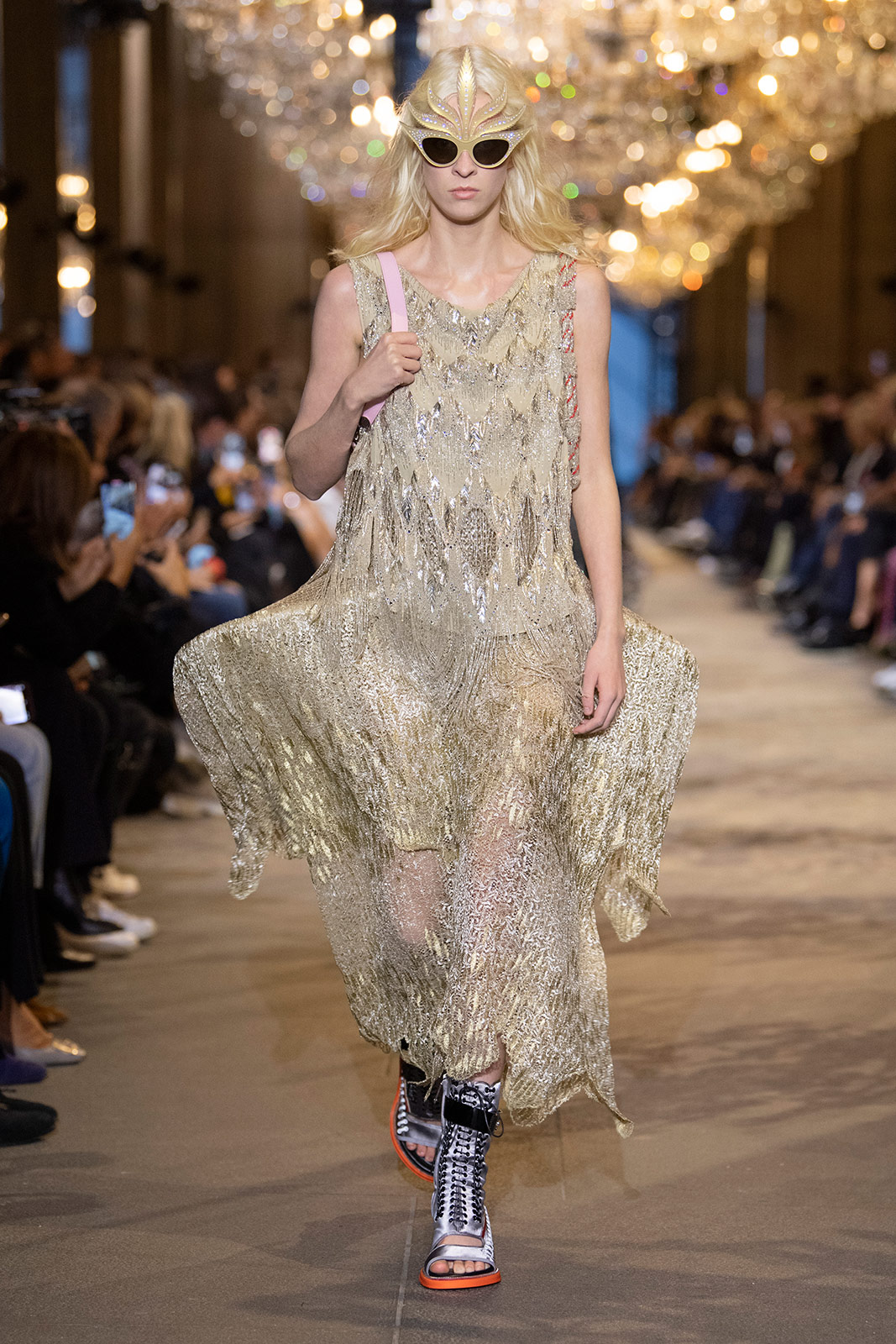 Albert Einstein once said that the only reason for time is so that everything doesn’t happen at once. At last night’s Louis Vuitton Spring/Summer 2022 show, everything did happen at once. Creative Director Nicolas Ghesquière channelled elements of Baroque, Art Nouveau, and modern-day fashion to produce a range that transcended the boundaries of history. As the upper echelons of the fashion world watched on, sat in the Louvre’s Passage Richelieu, which had been fitted with several grand antique chandeliers, the overarching theme that united the various eras on show was undoubtedly that of exorbitance.
Whilst Ghesquière is no stranger to holding shows in extravagant locations, there is a story behind the relationship between the brand and the Passage Richelieu. It is allegedly where Louis Vuitton himself would meet with Empress Eugénie to discuss which garments she would like him to make for her. Her own 19th century aristocratic style could be seen in several of the looks. There were baroque ruffs paired with combat trousers, lavish art deco headpieces with casual jeans and sandals, and vampiric capes reimagined with vivid polka-dot patterns.

In Ghesquière’s notes for the show he said, “Tonight, time is of no consequence.” However, the audience were brought crashing back to the harsh reality of the present when a protester found their way onto the catwalk with a sign that read “Overconsumption = Extinction.” Whilst it was easy to be enchanted by the over-extravagance of the event, which was particularly strong, even by the standards of the house, this message did somewhat break the spell that the audience were under.

Ultimately, whilst the unrelenting combination of so many different eras may not be to everyone’s taste, it is Ghesquière’s trademark, and what he does best. The unwelcome guest on the runway may have dampened proceedings somewhat, but when the designer himself came out to rapturous applause, the incident seemed a distant memory. By maintaining a strong sense of originality, whilst still honouring the history of the brand, in a creative sense, the show was undoubtedly a triumph. 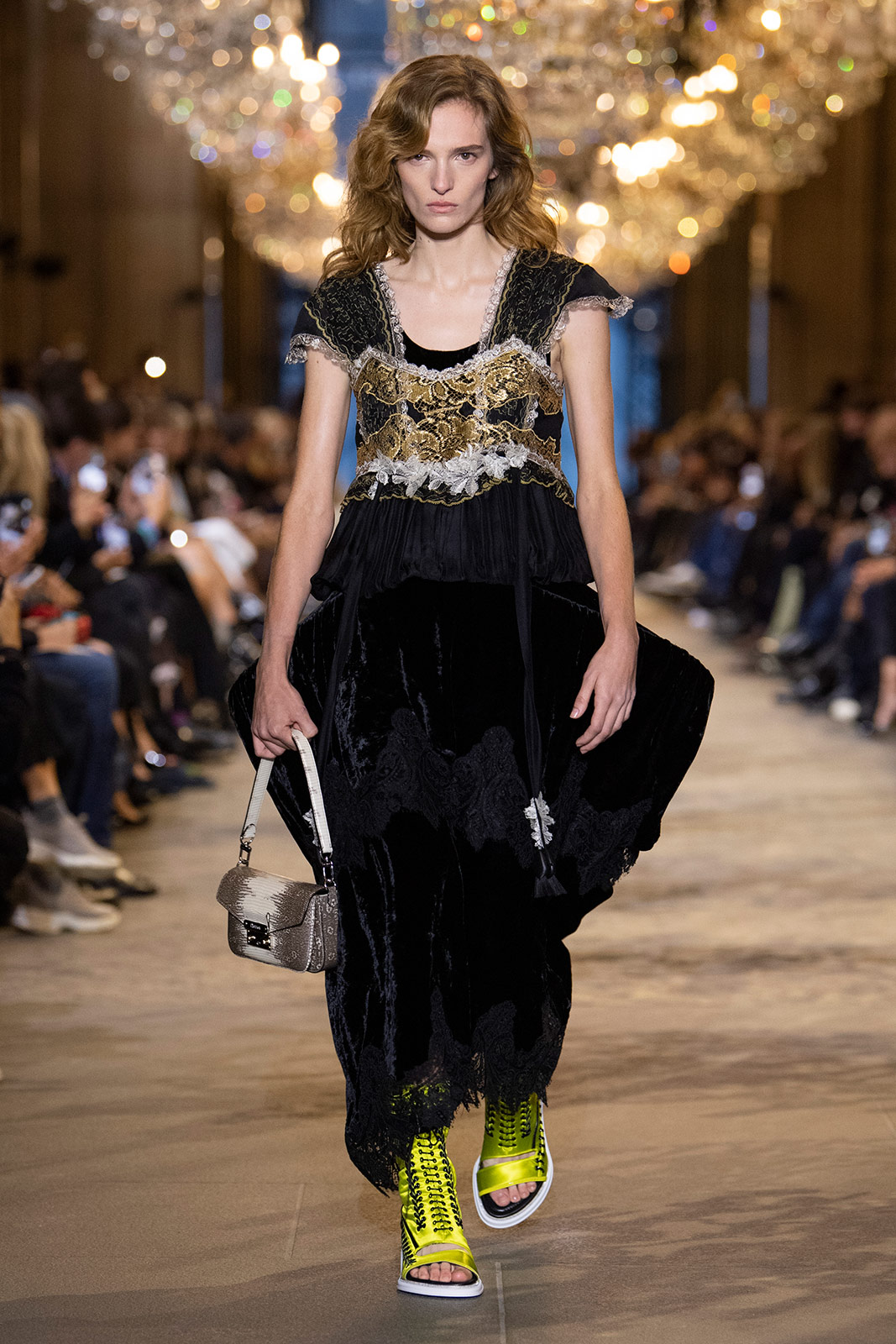 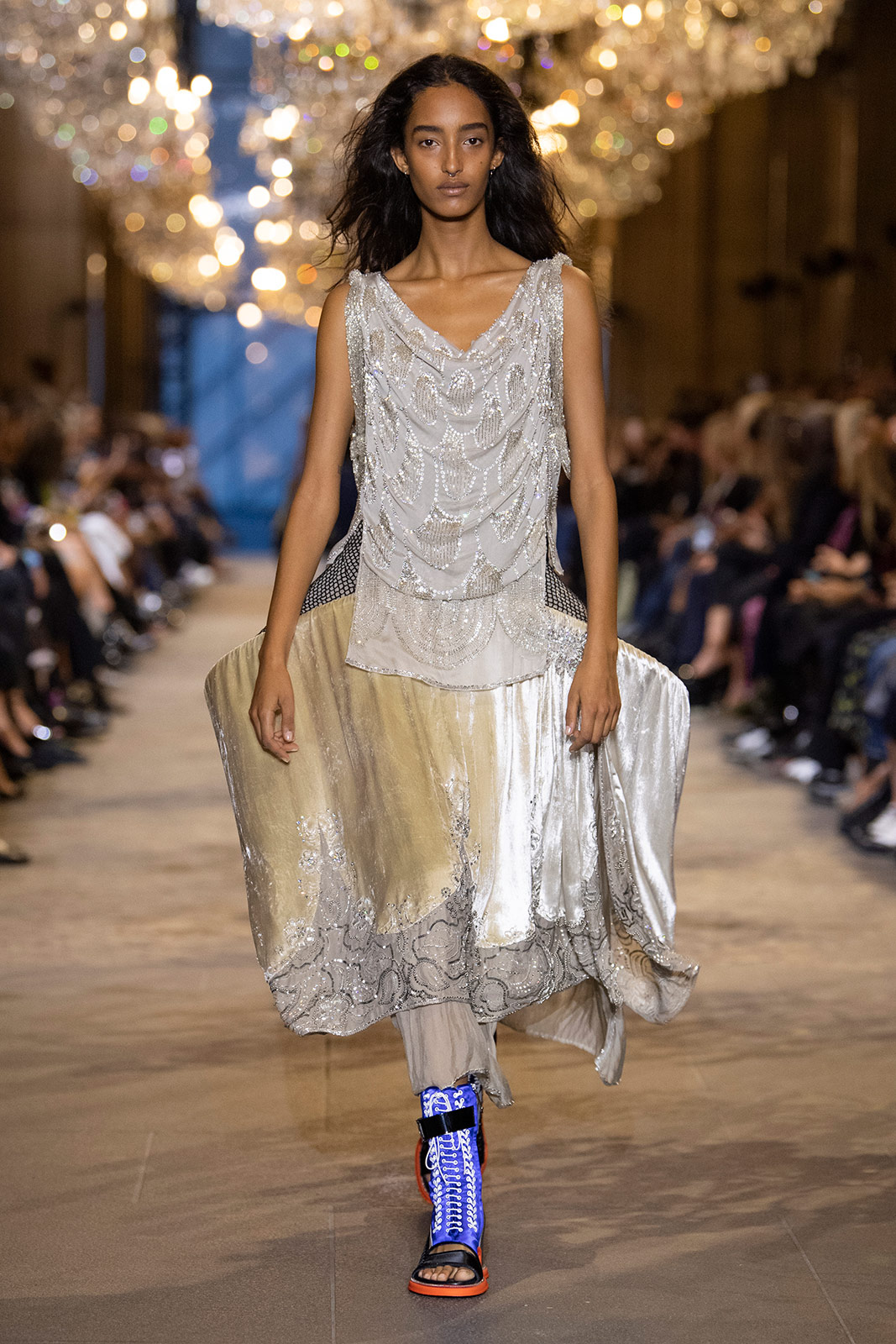 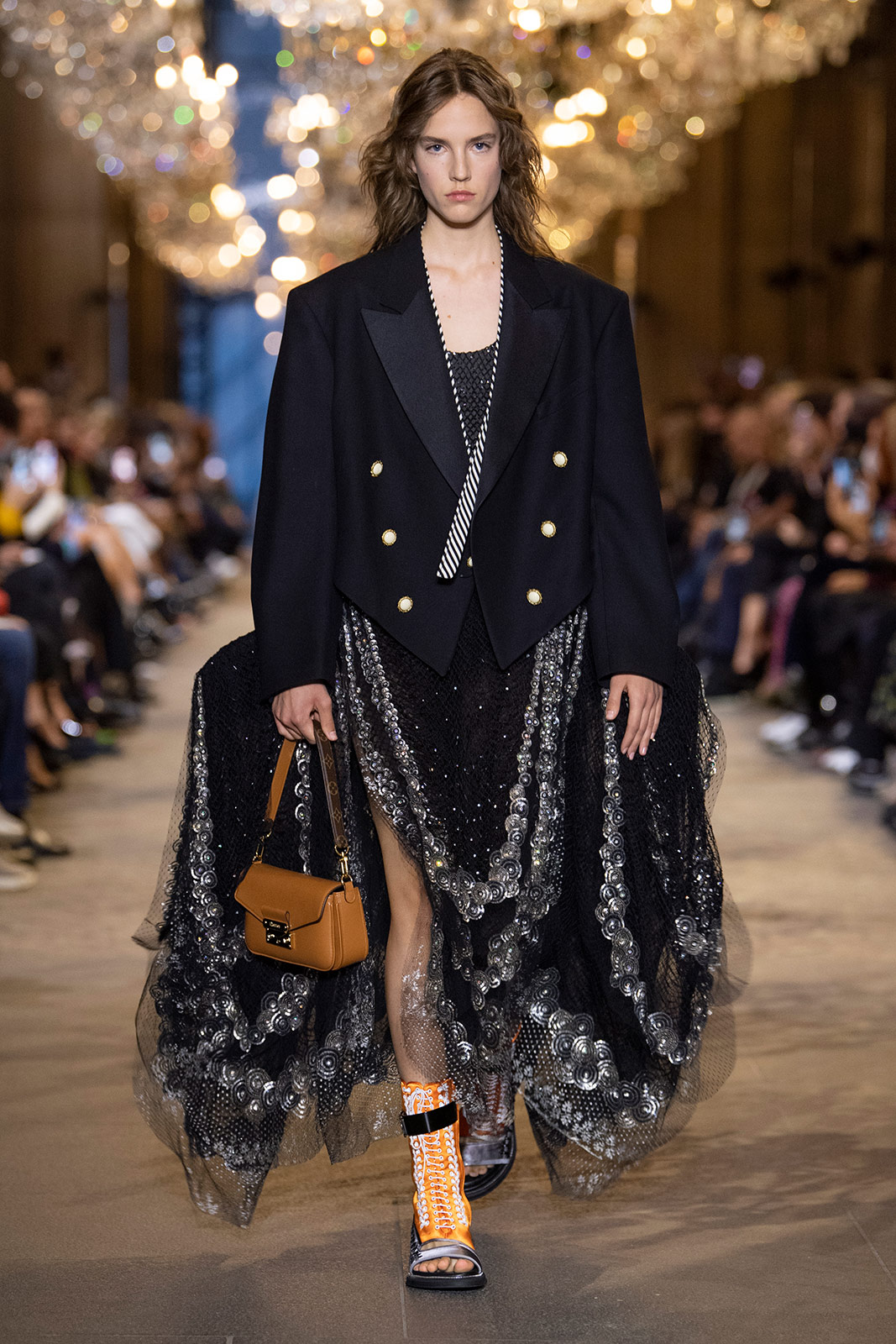 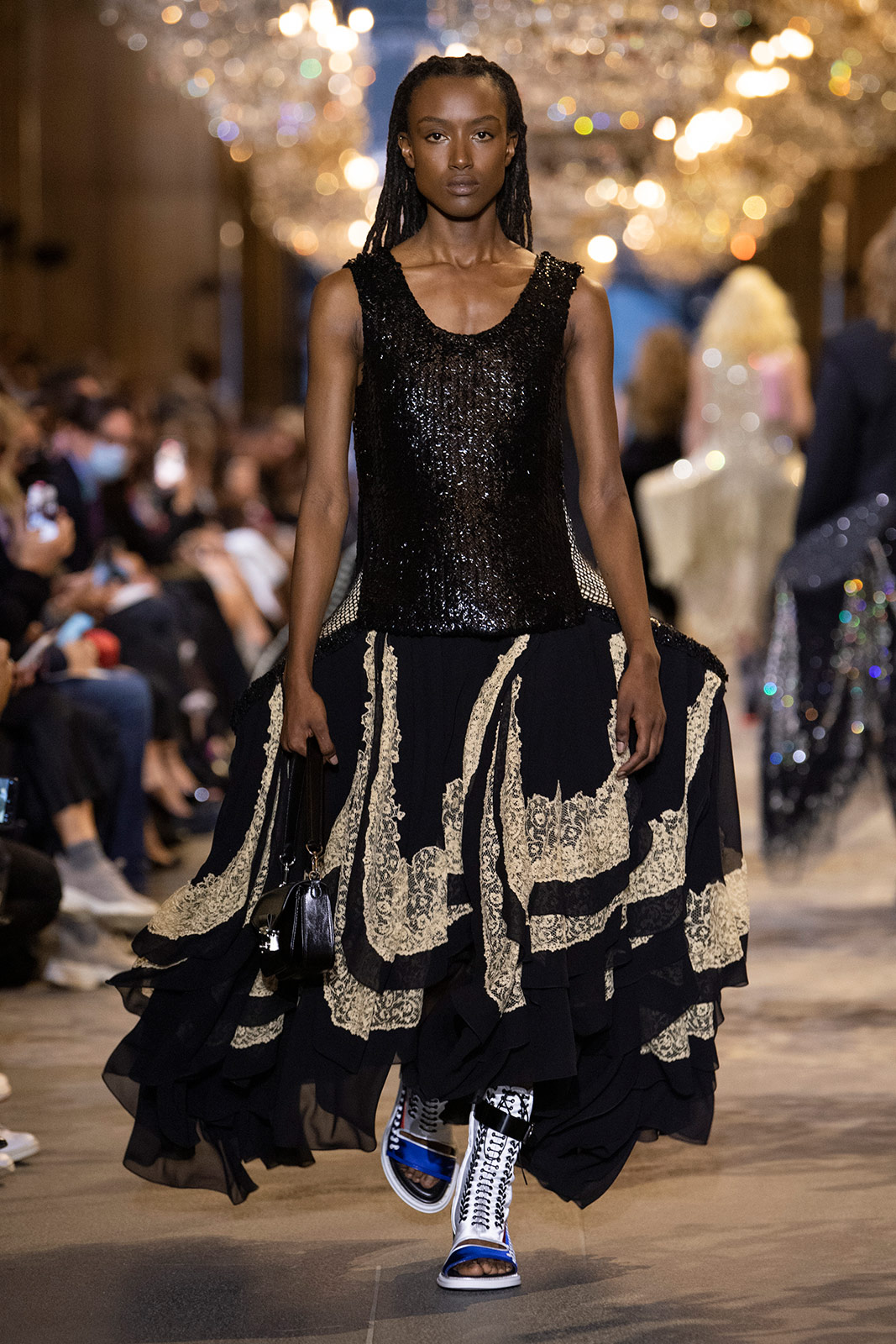 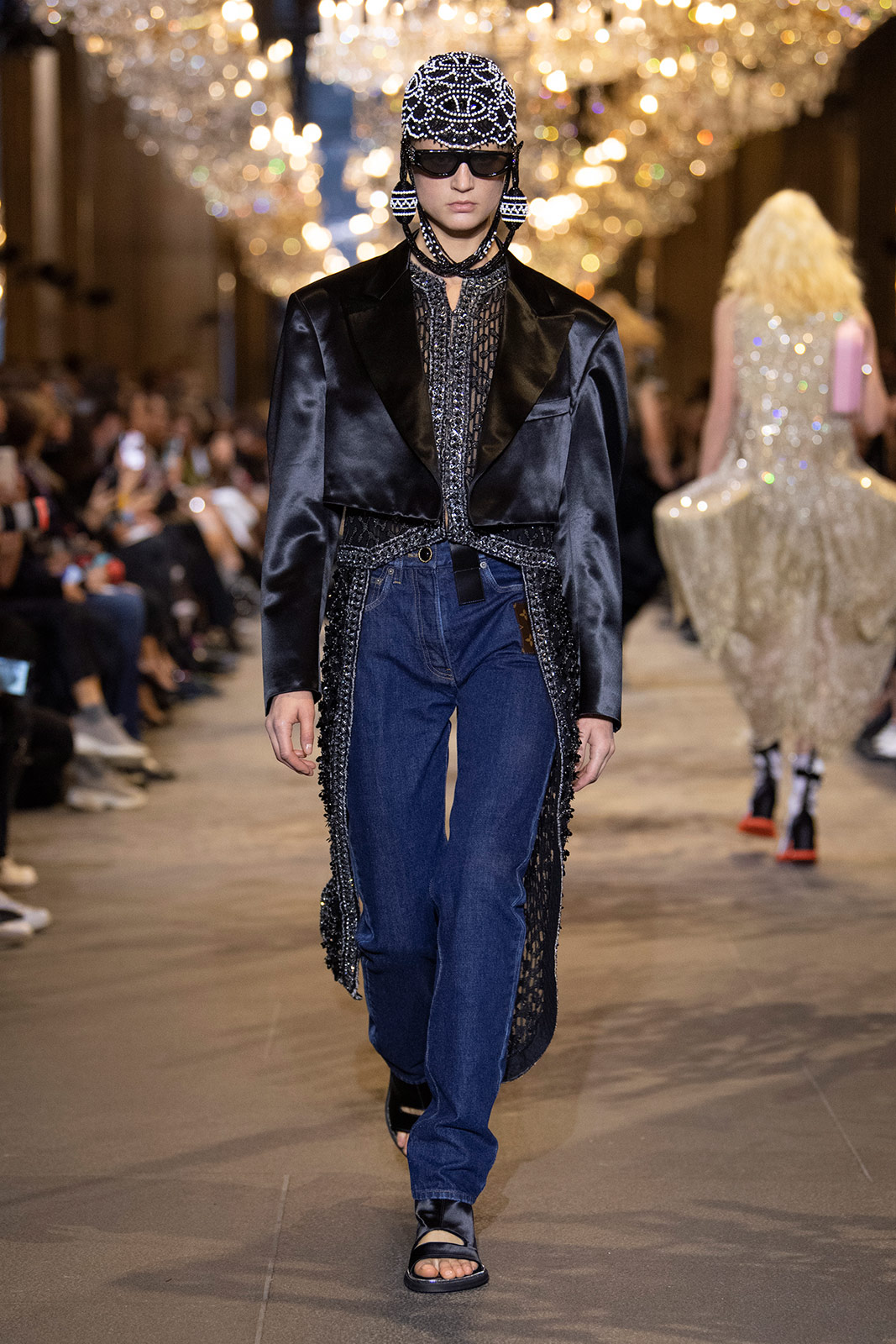 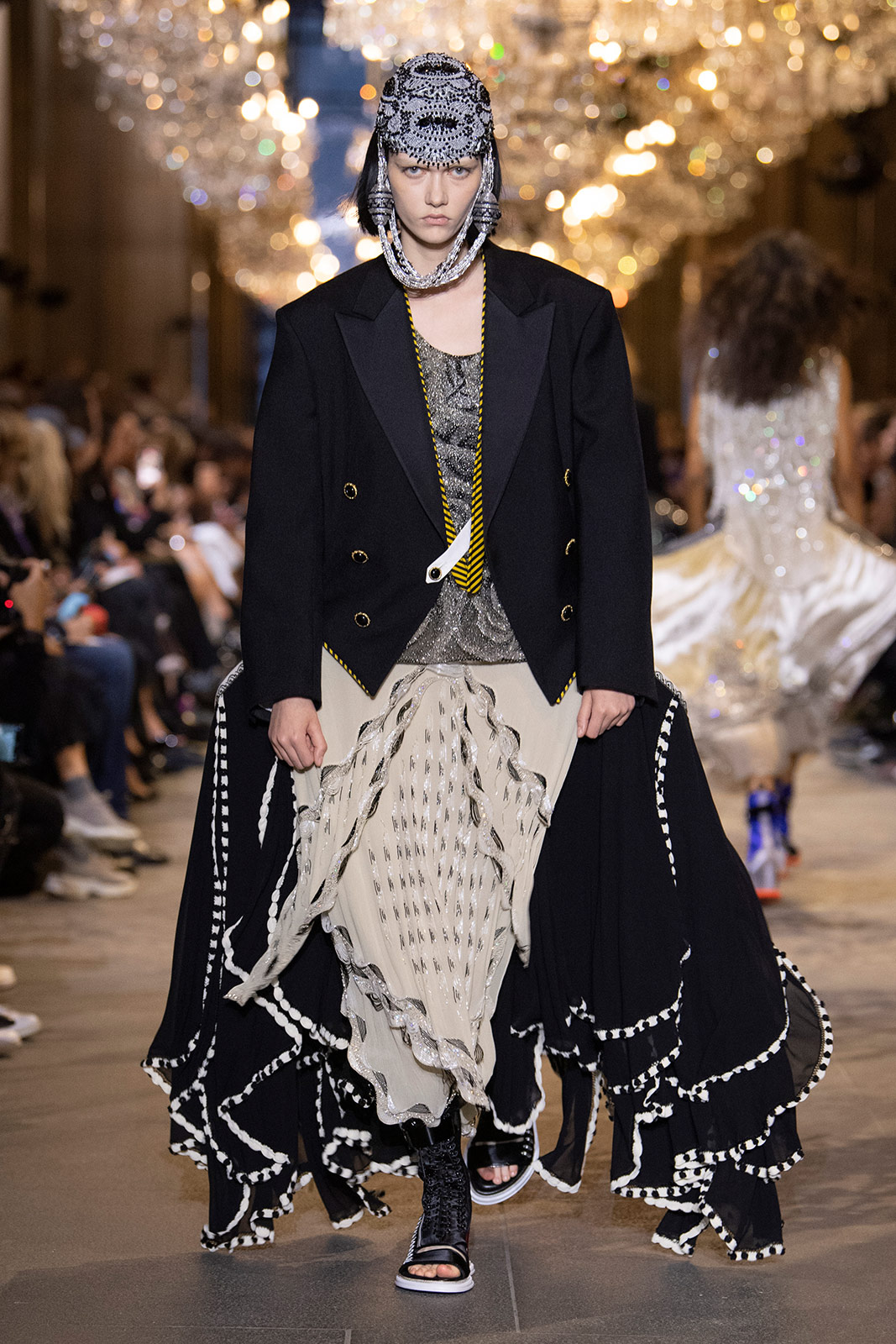 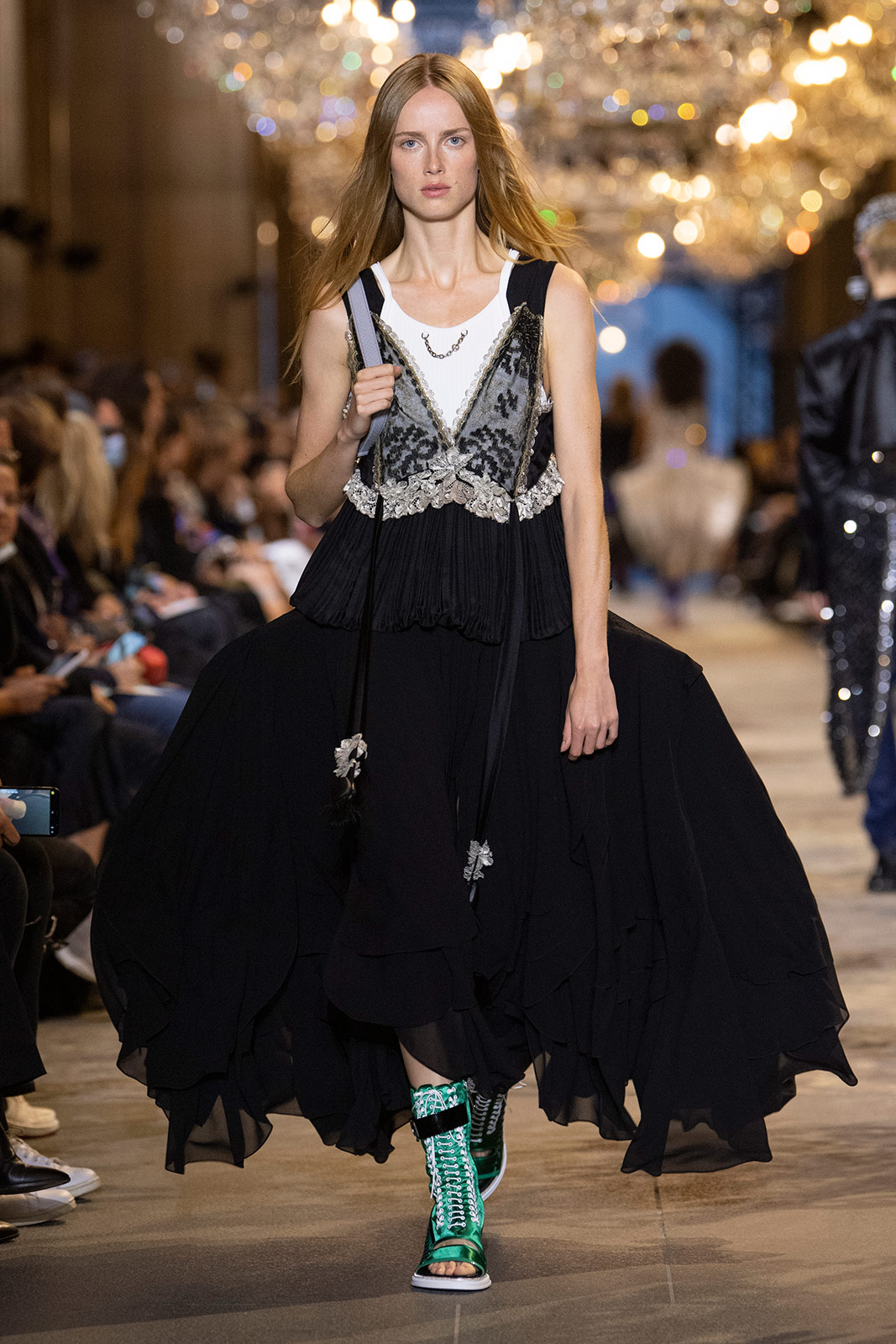 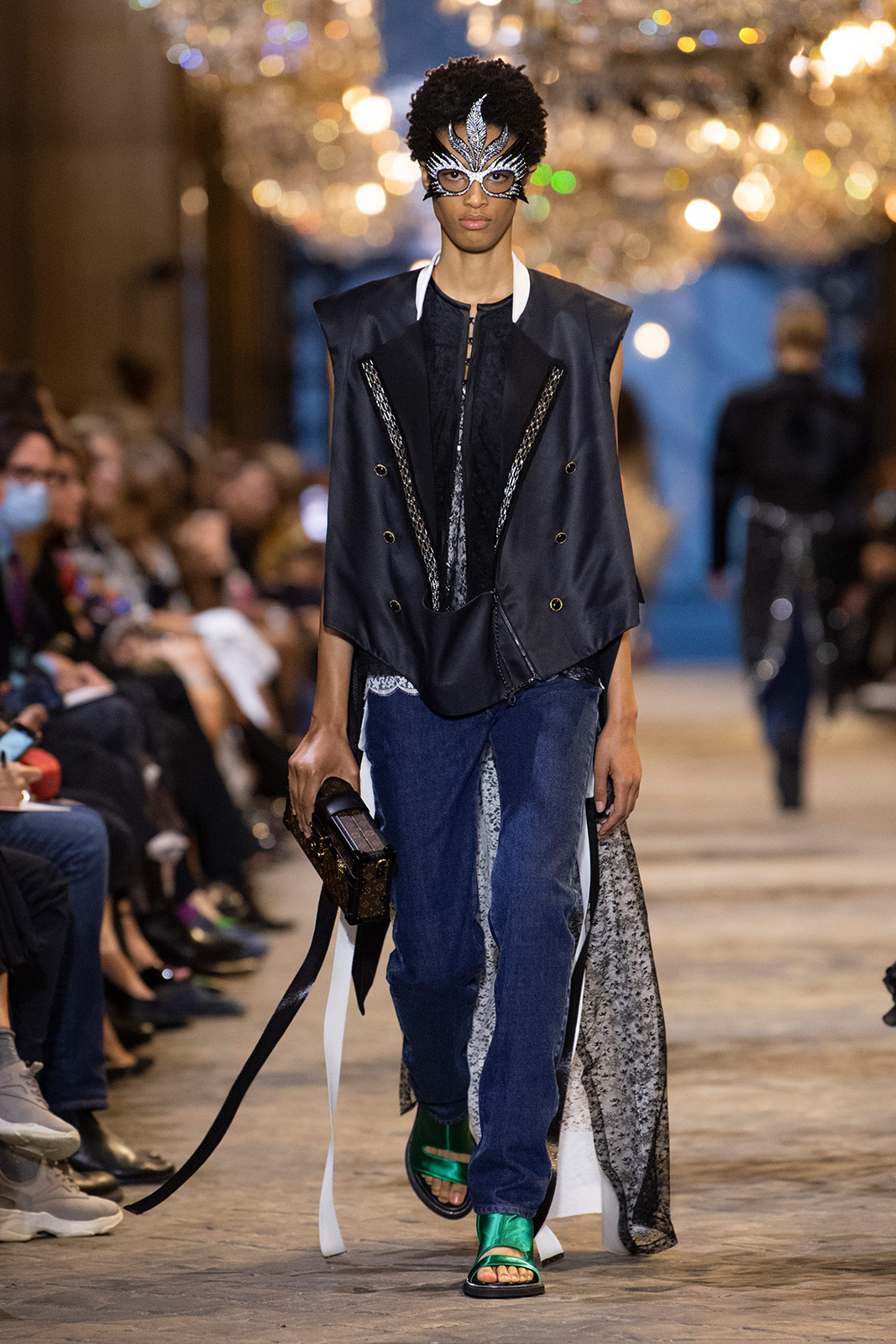 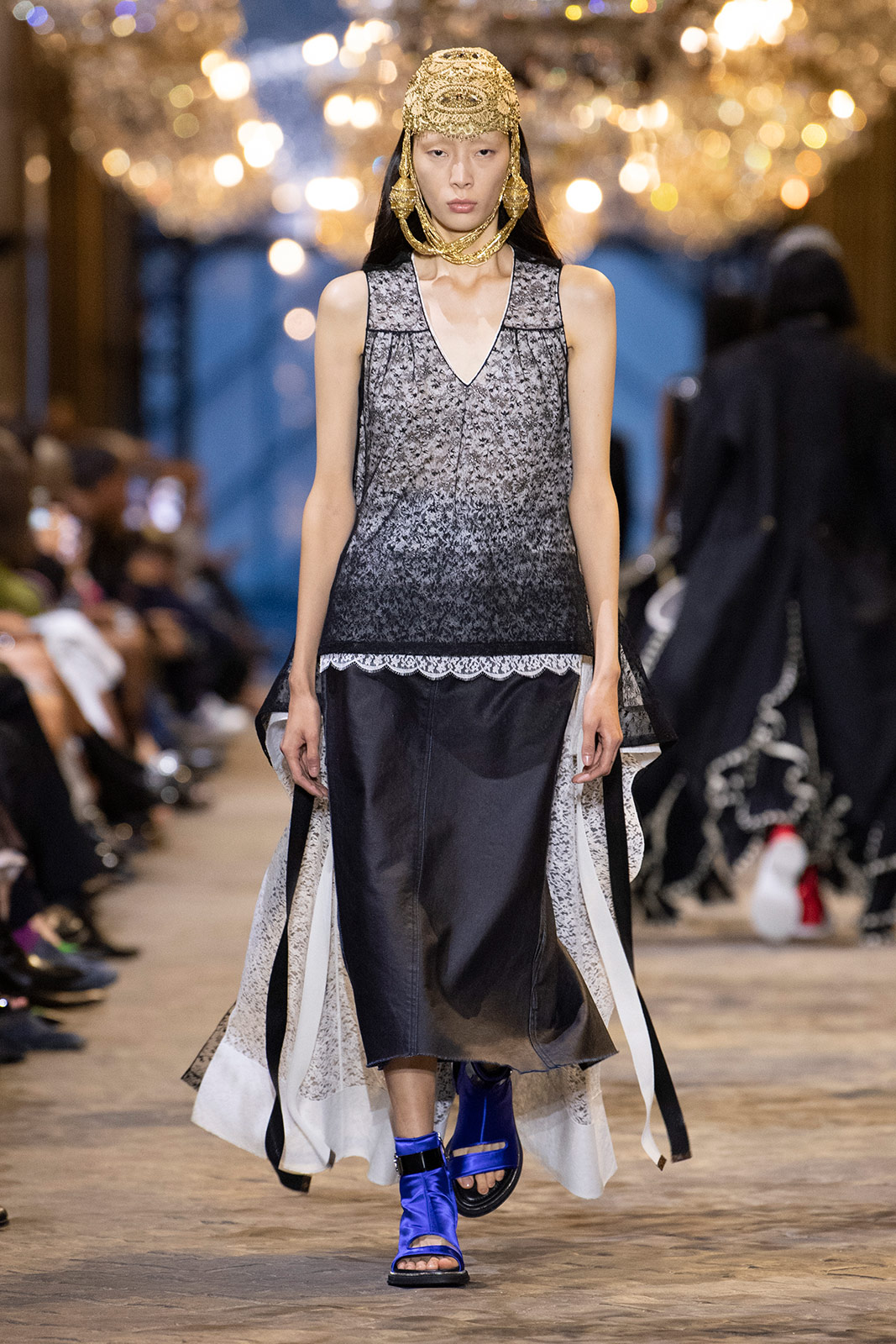 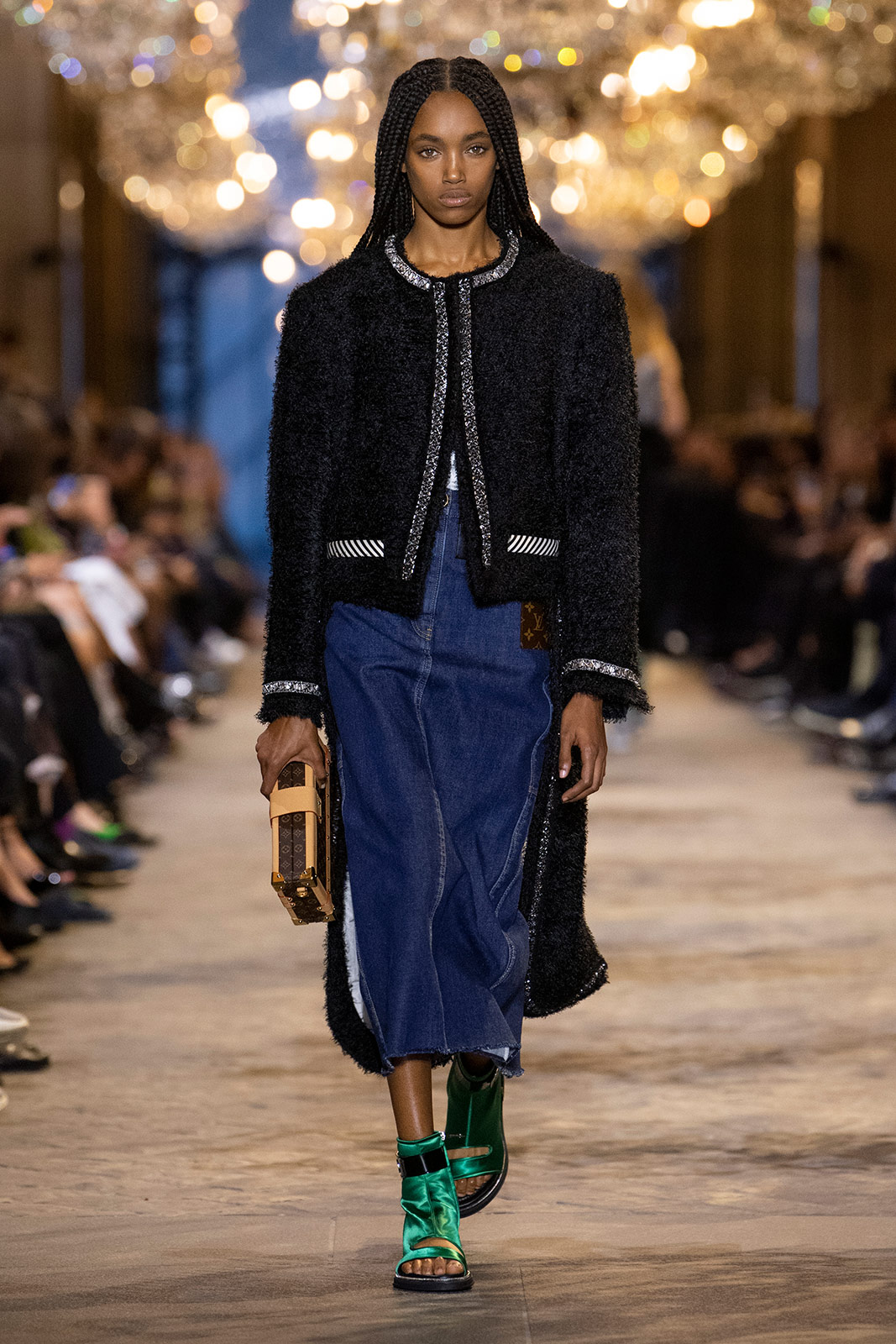 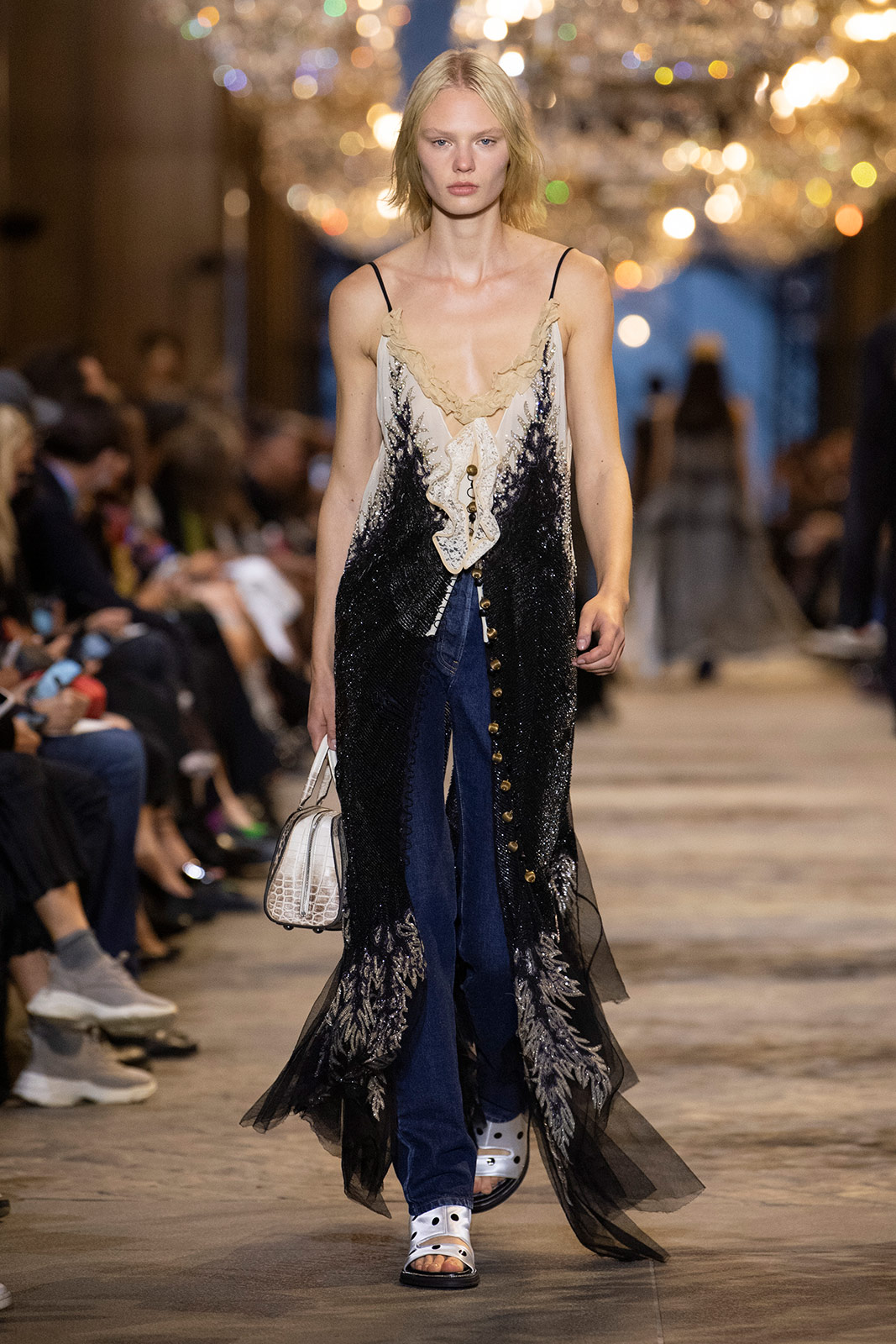 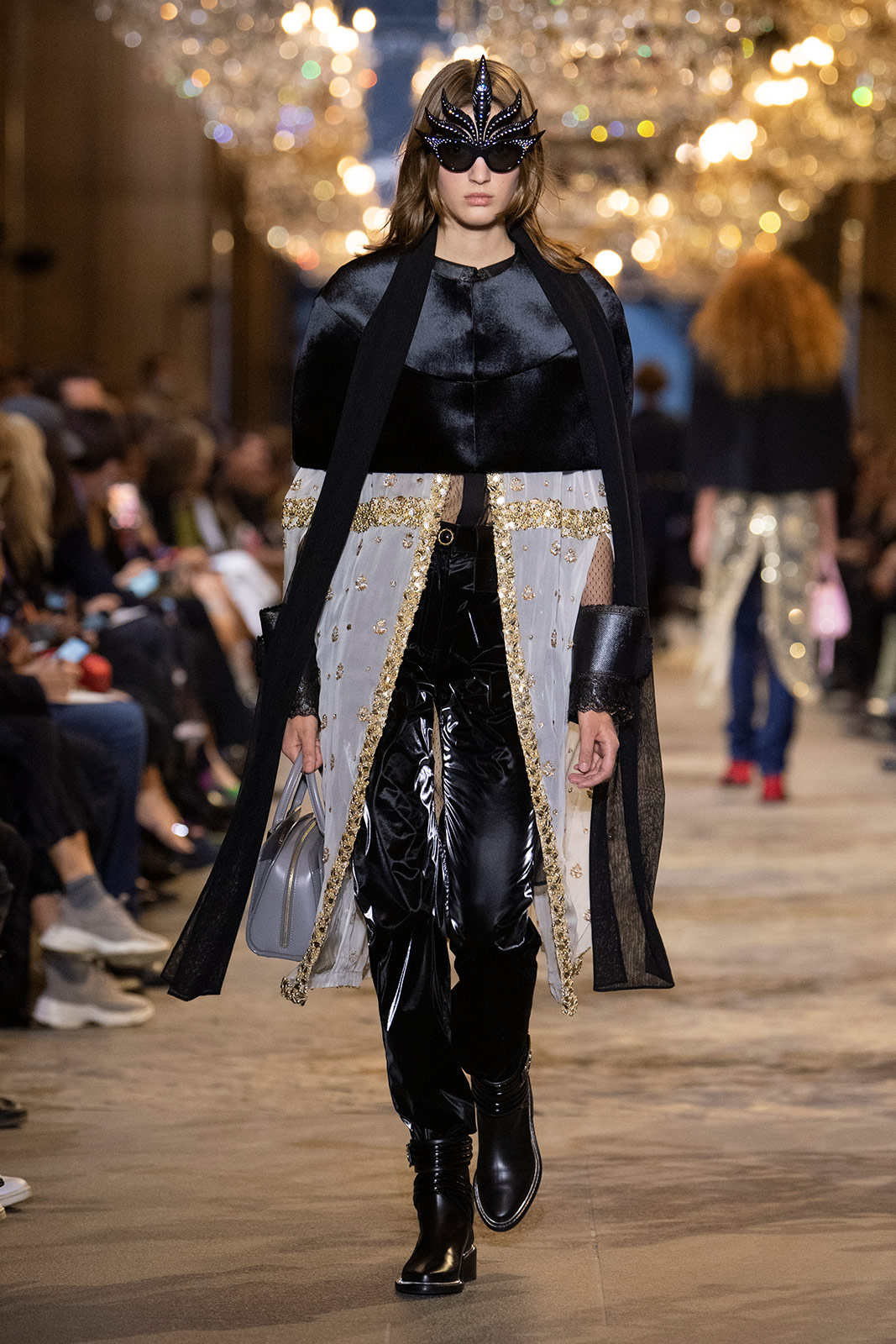 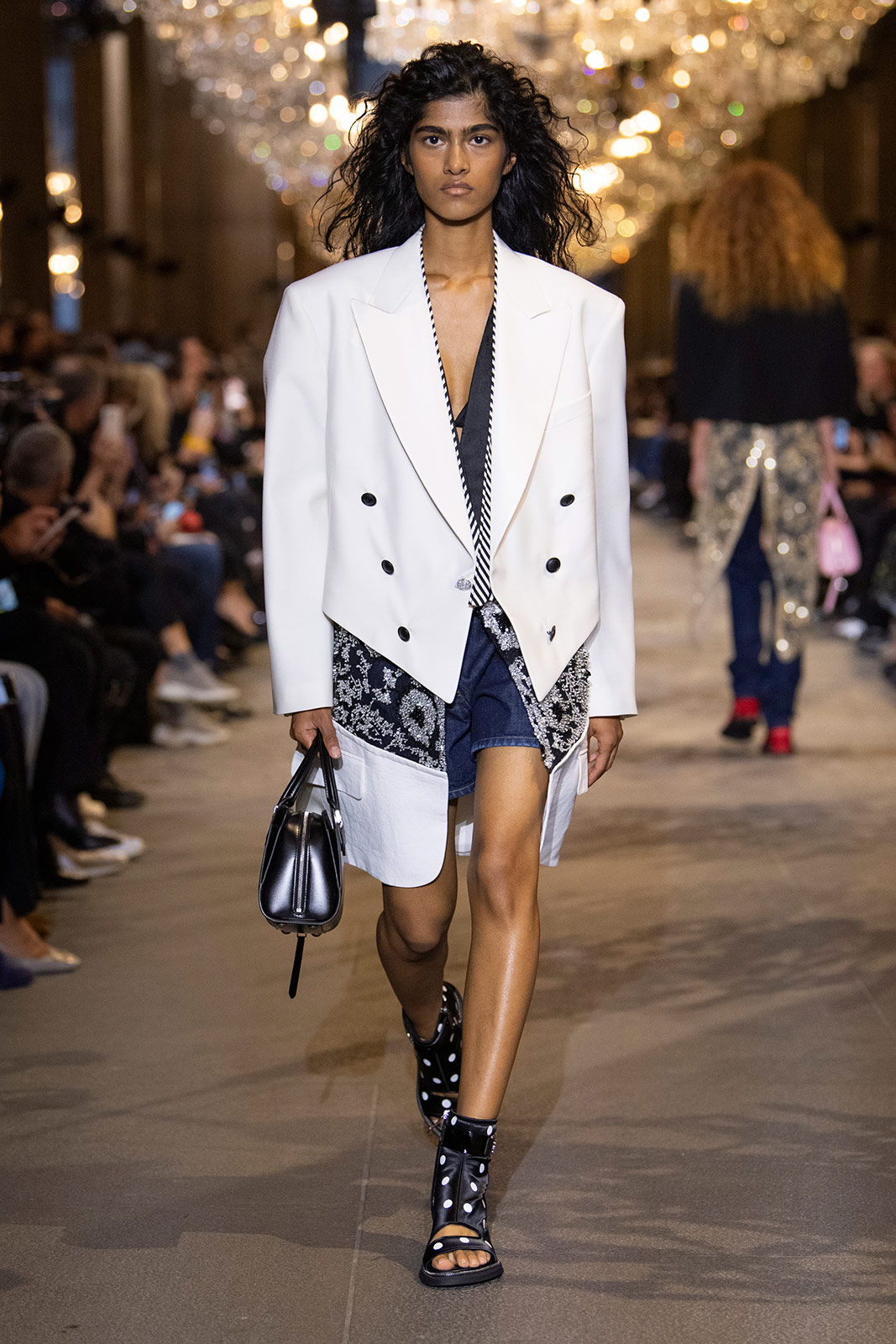 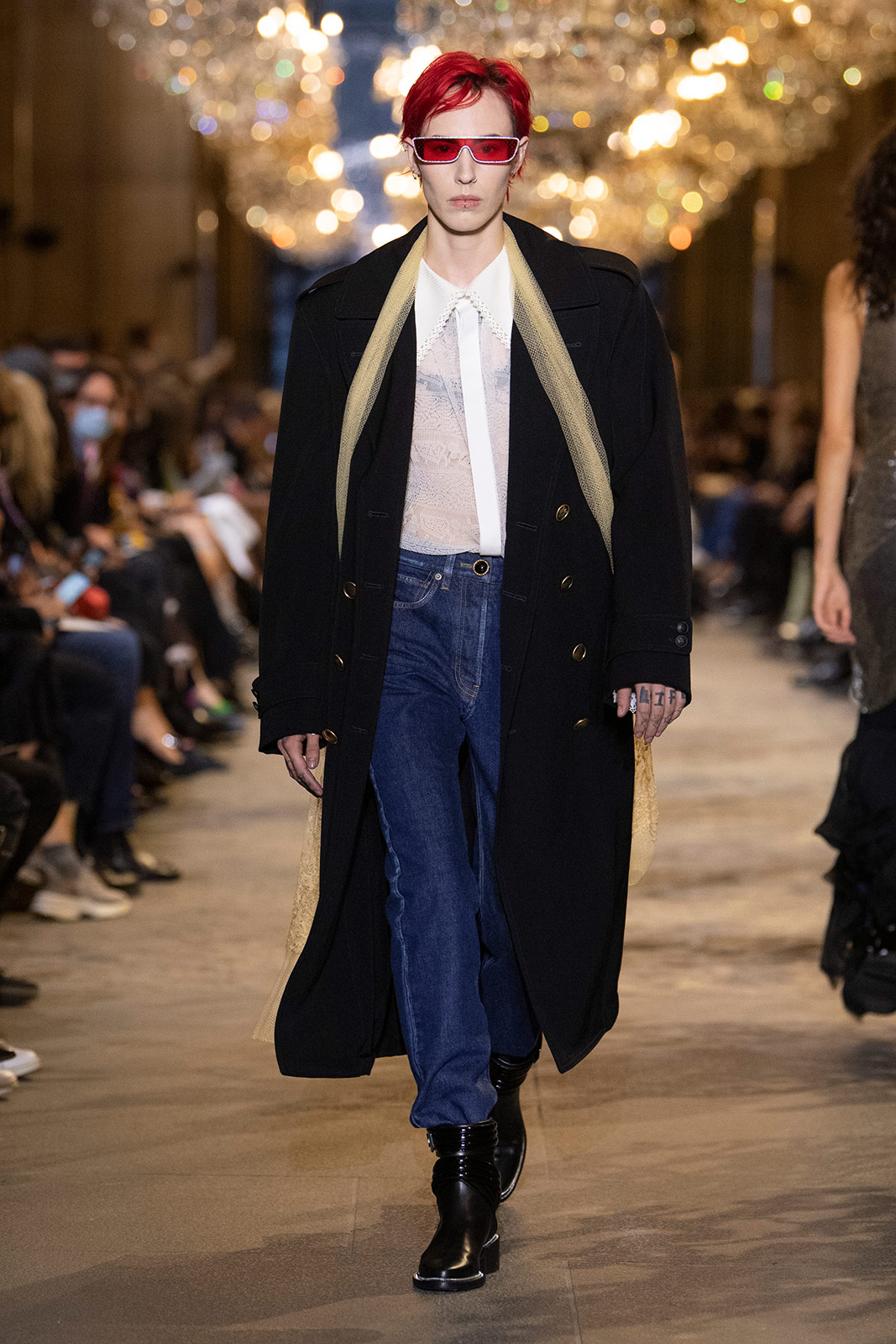 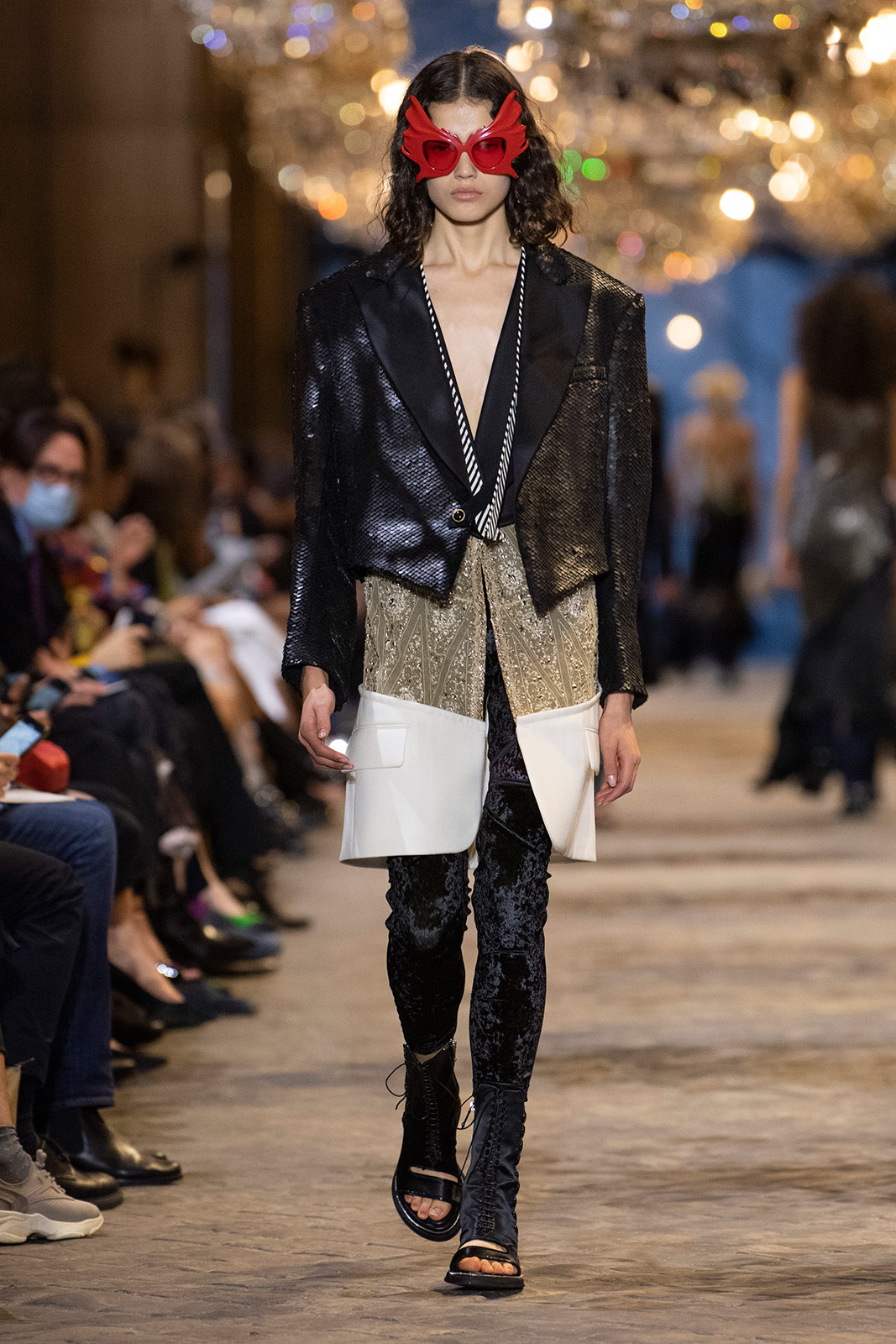 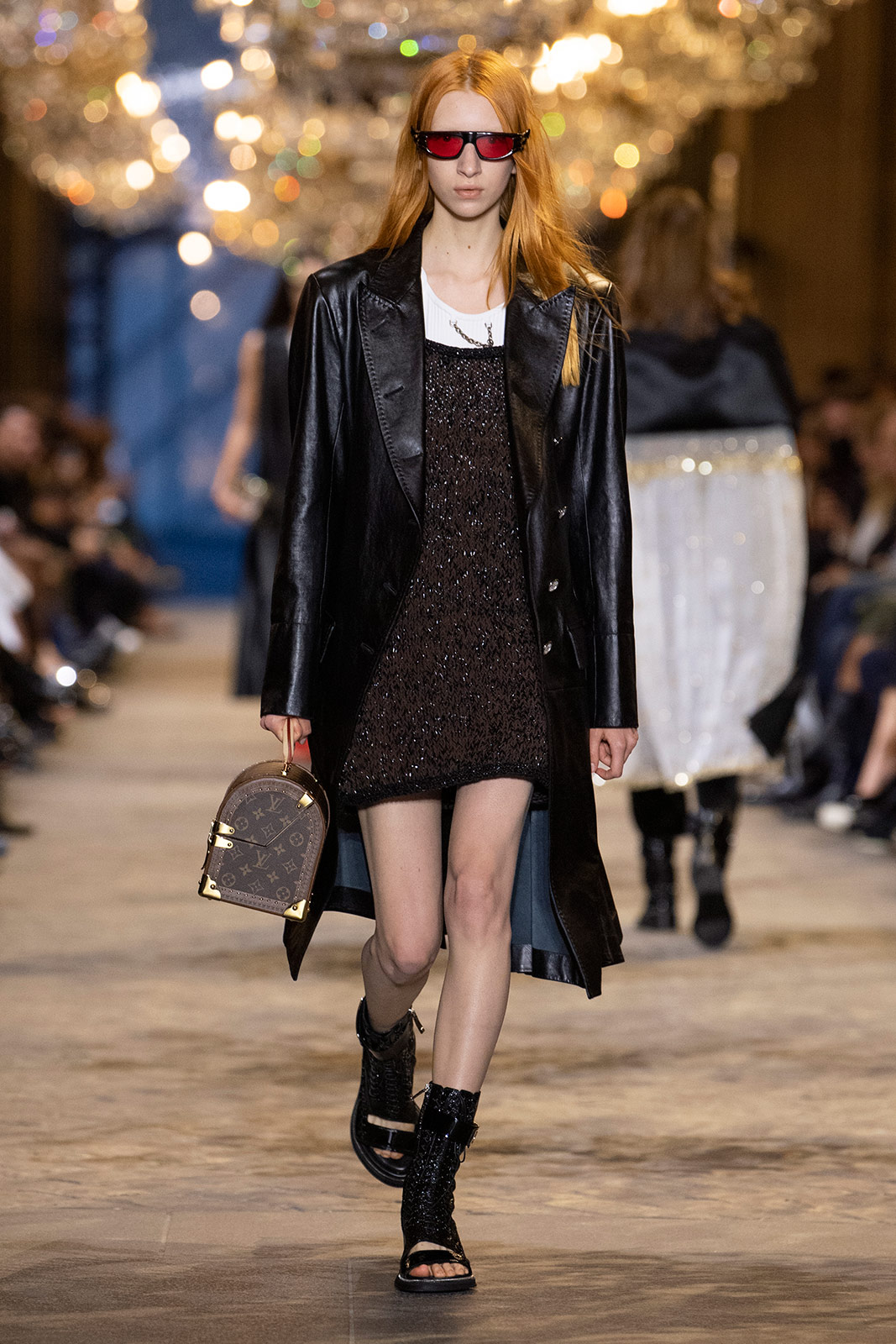 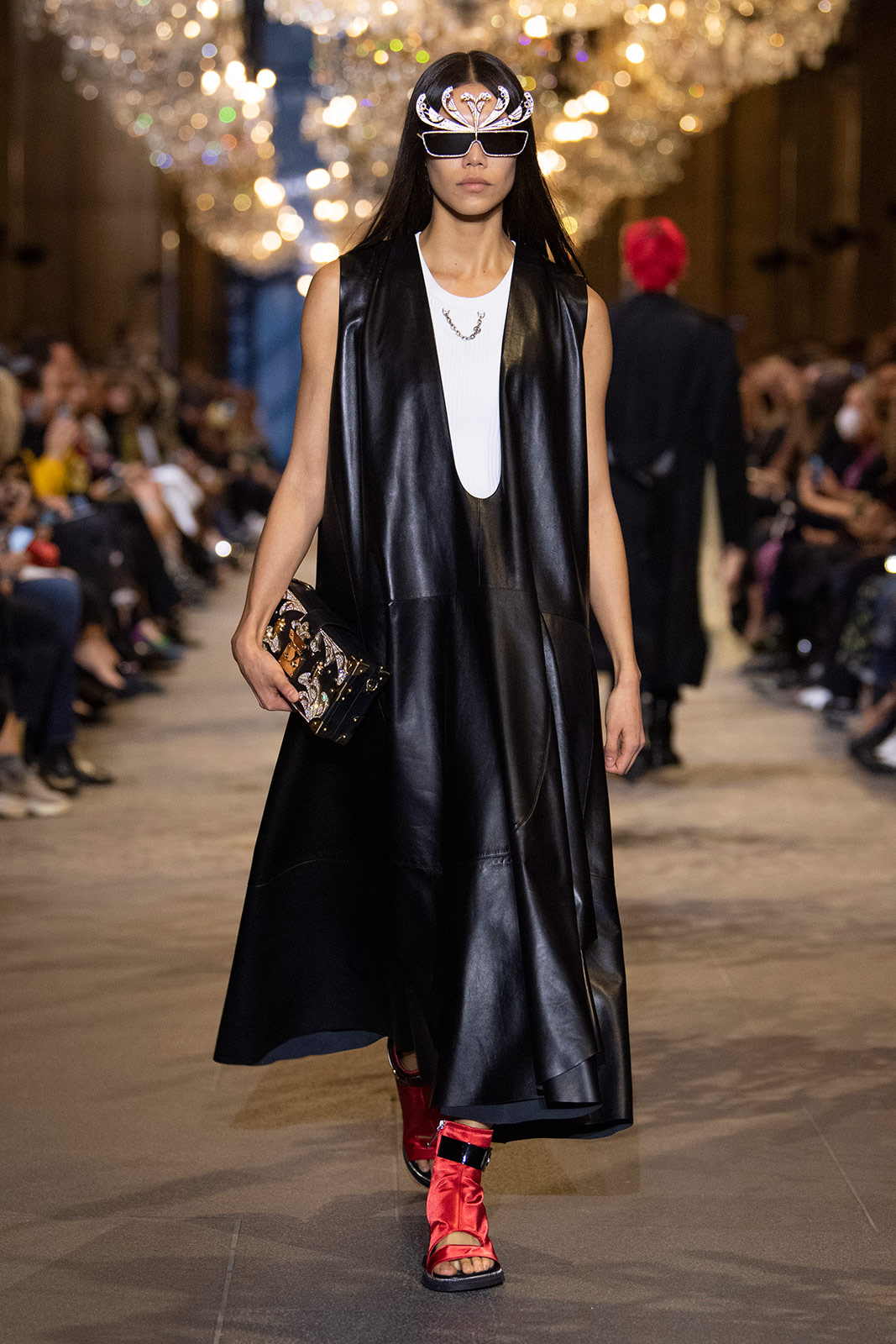 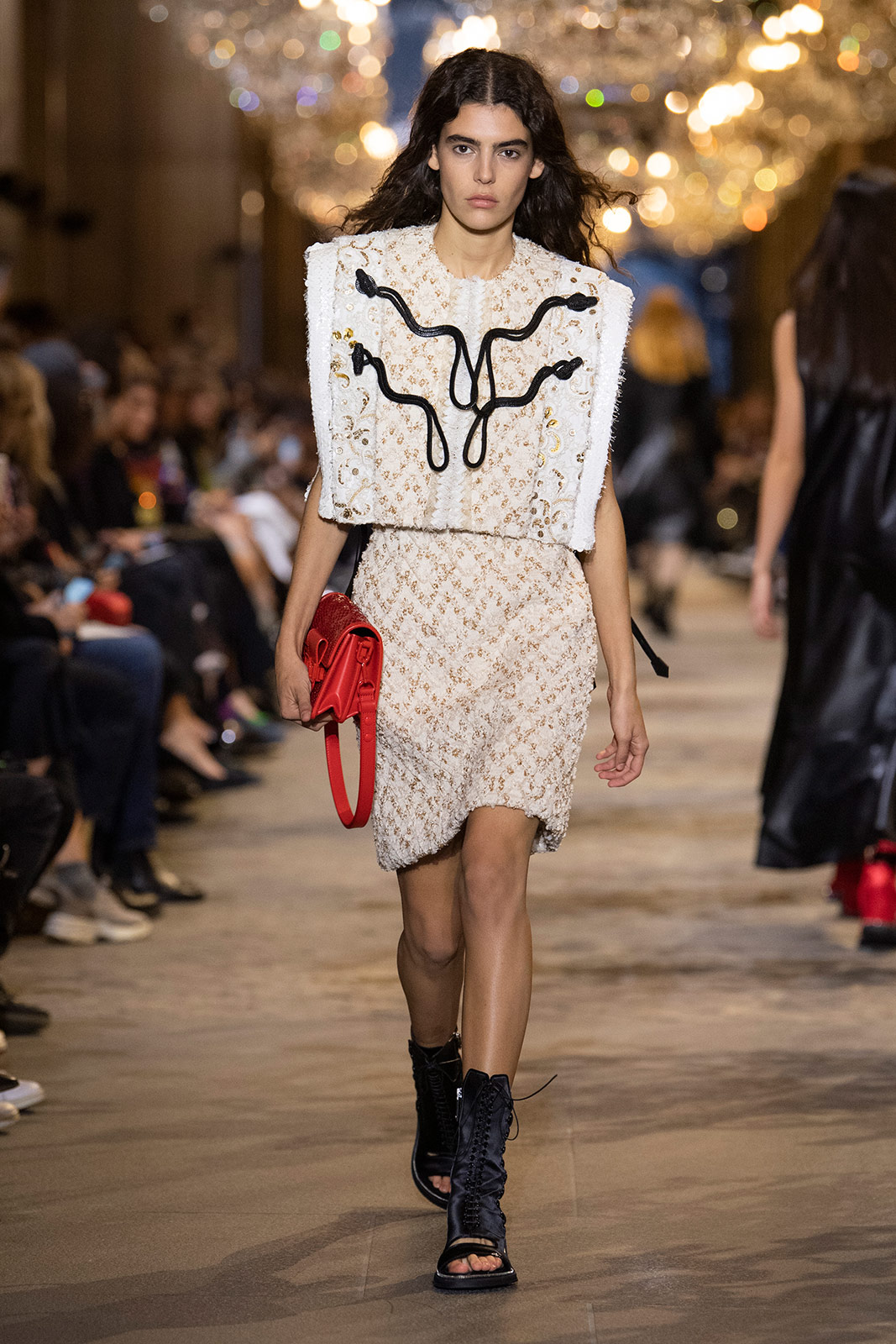 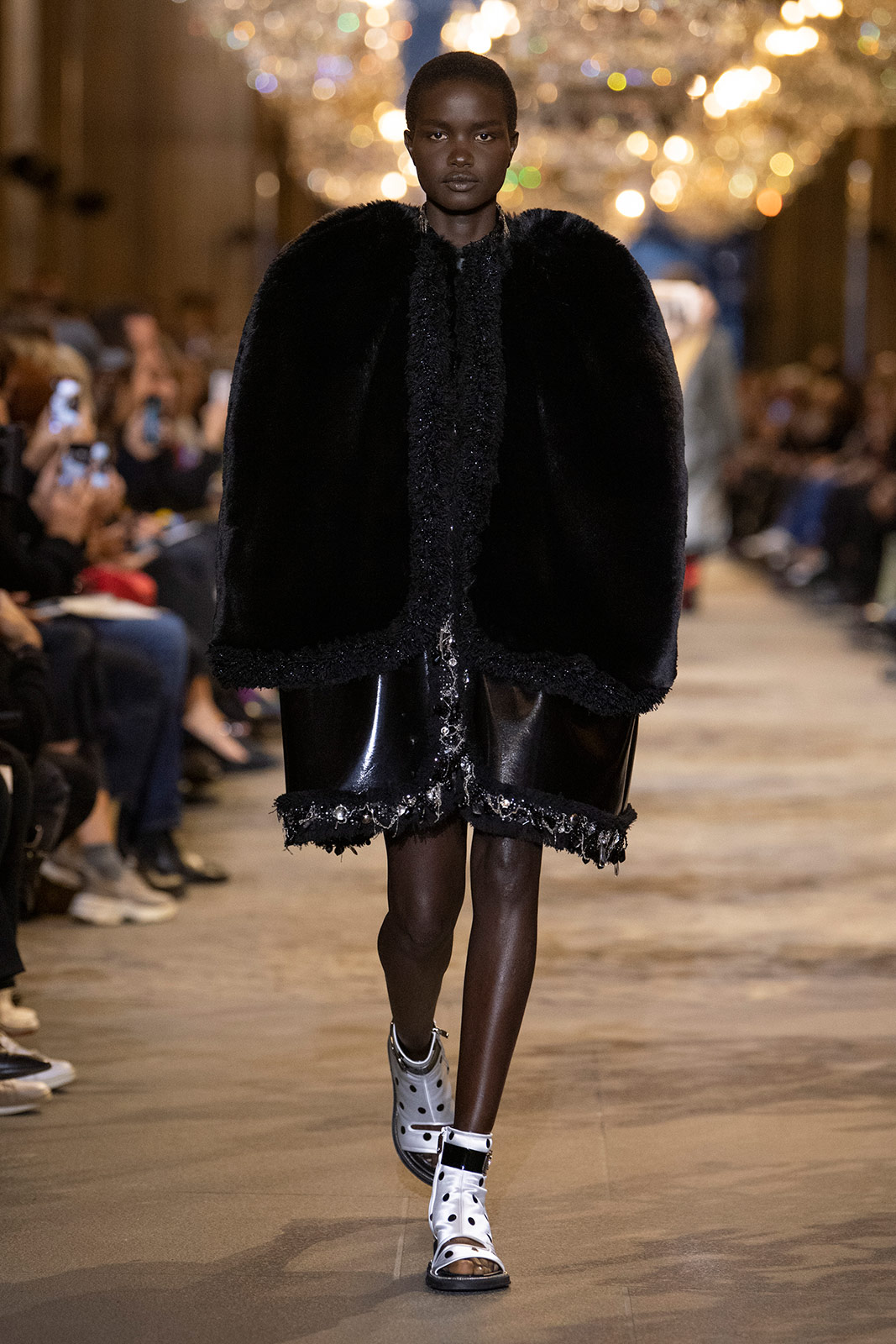 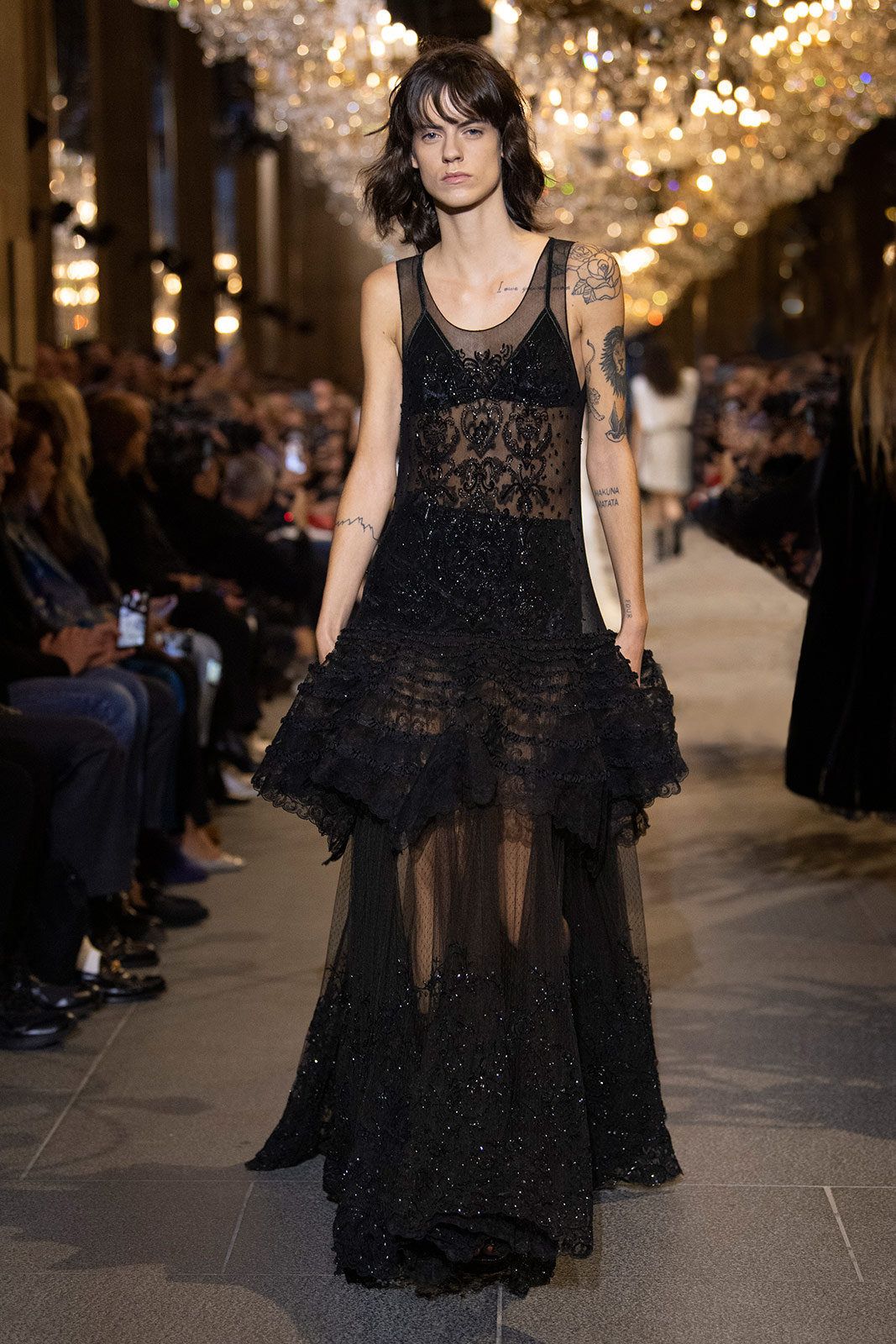 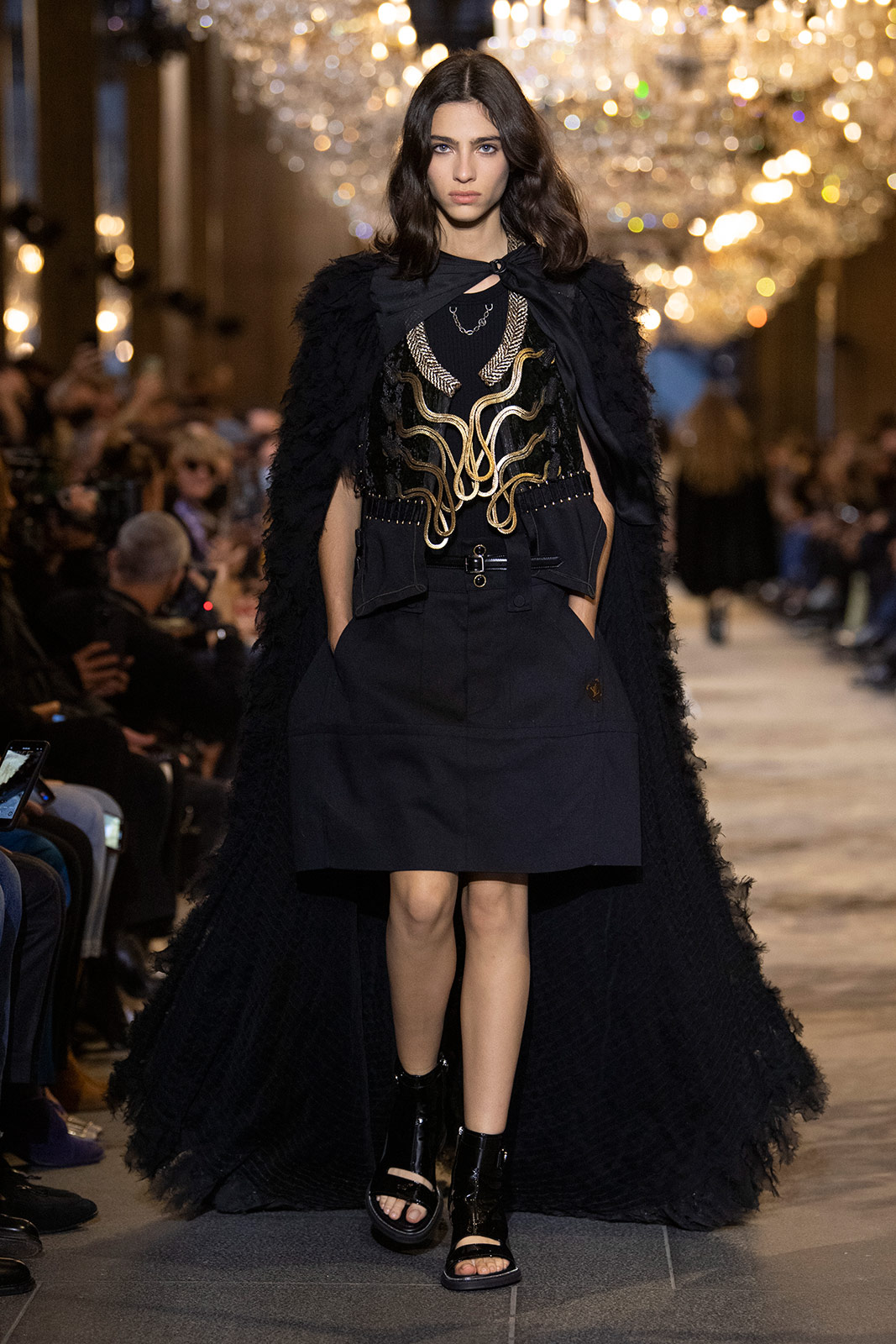 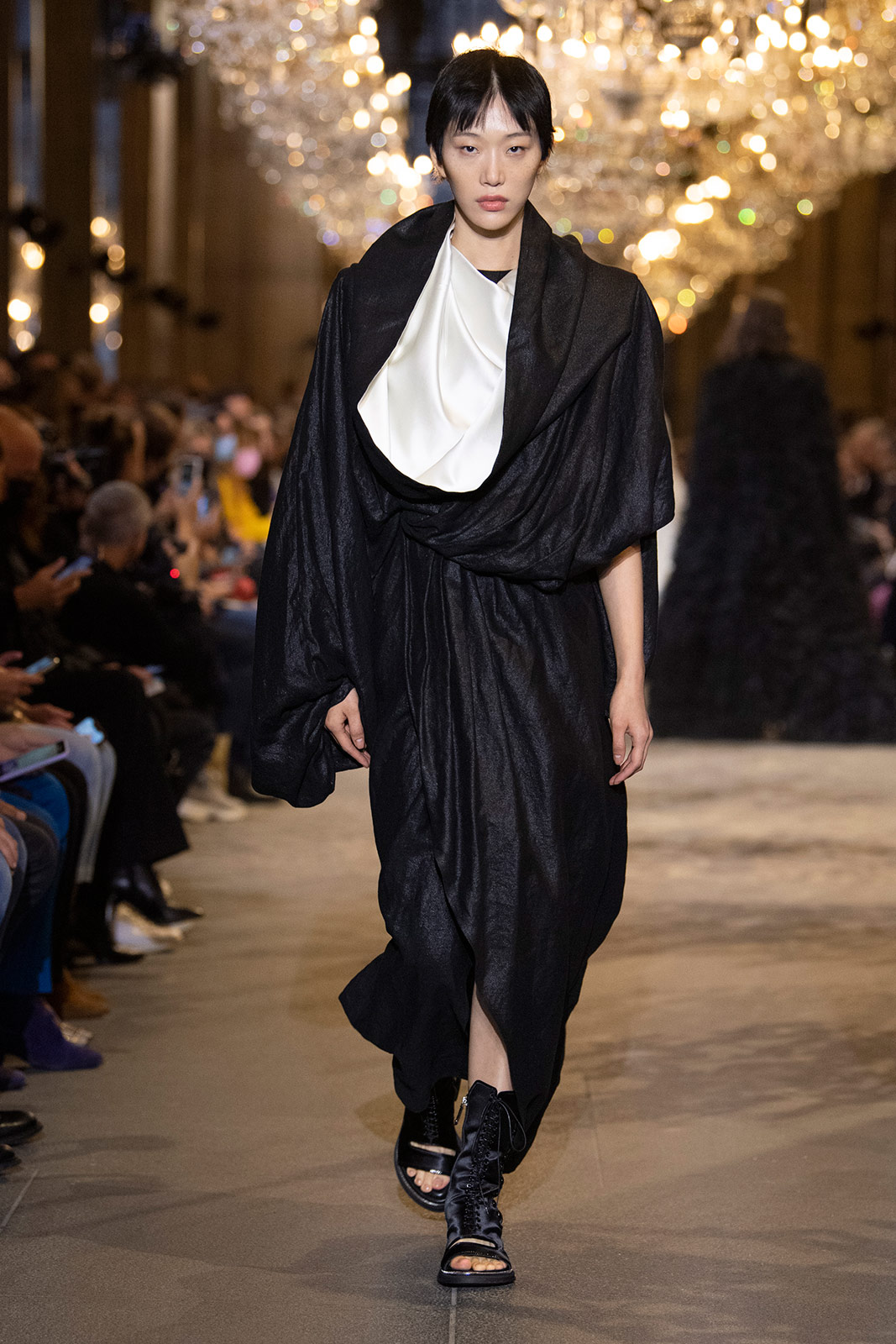 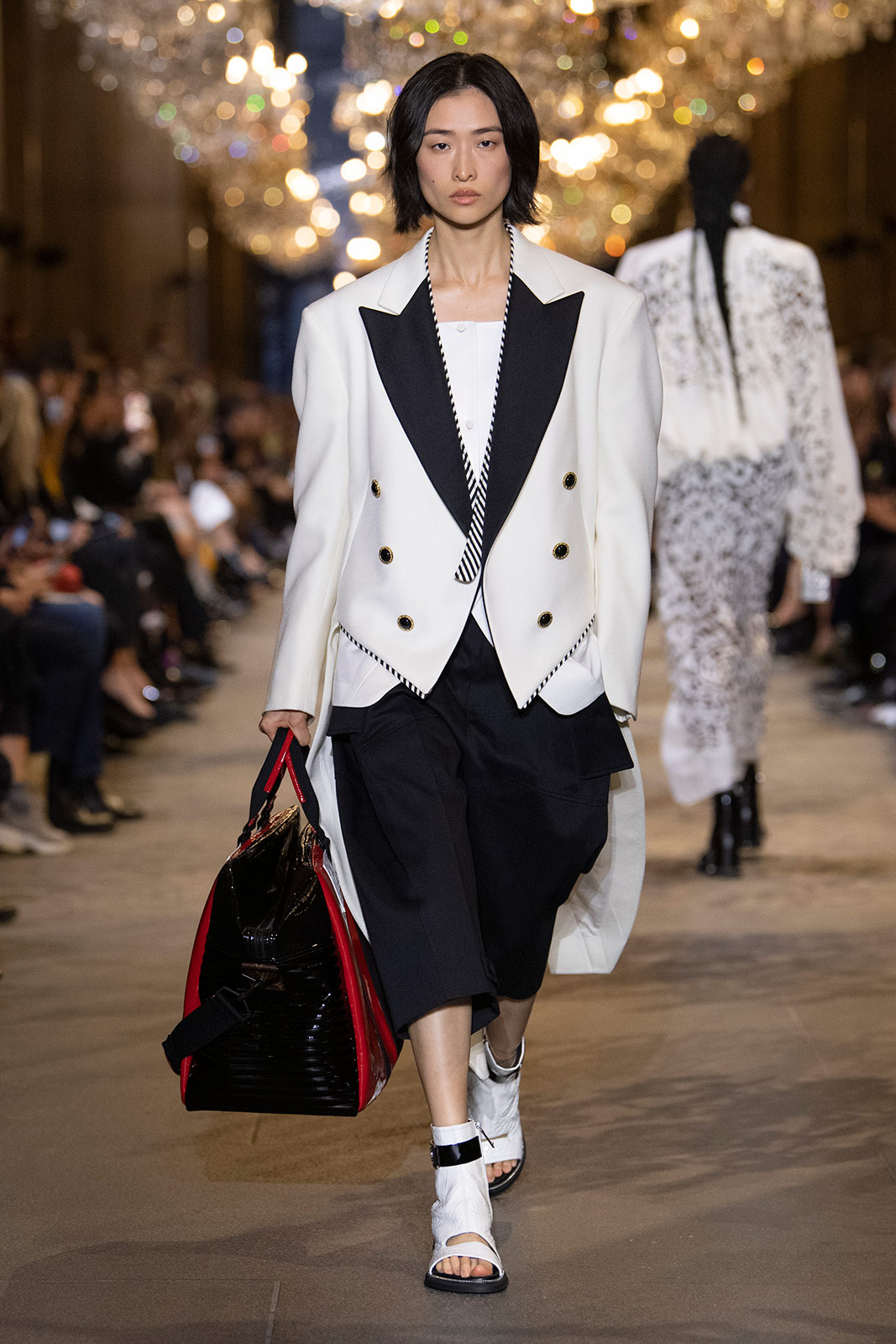 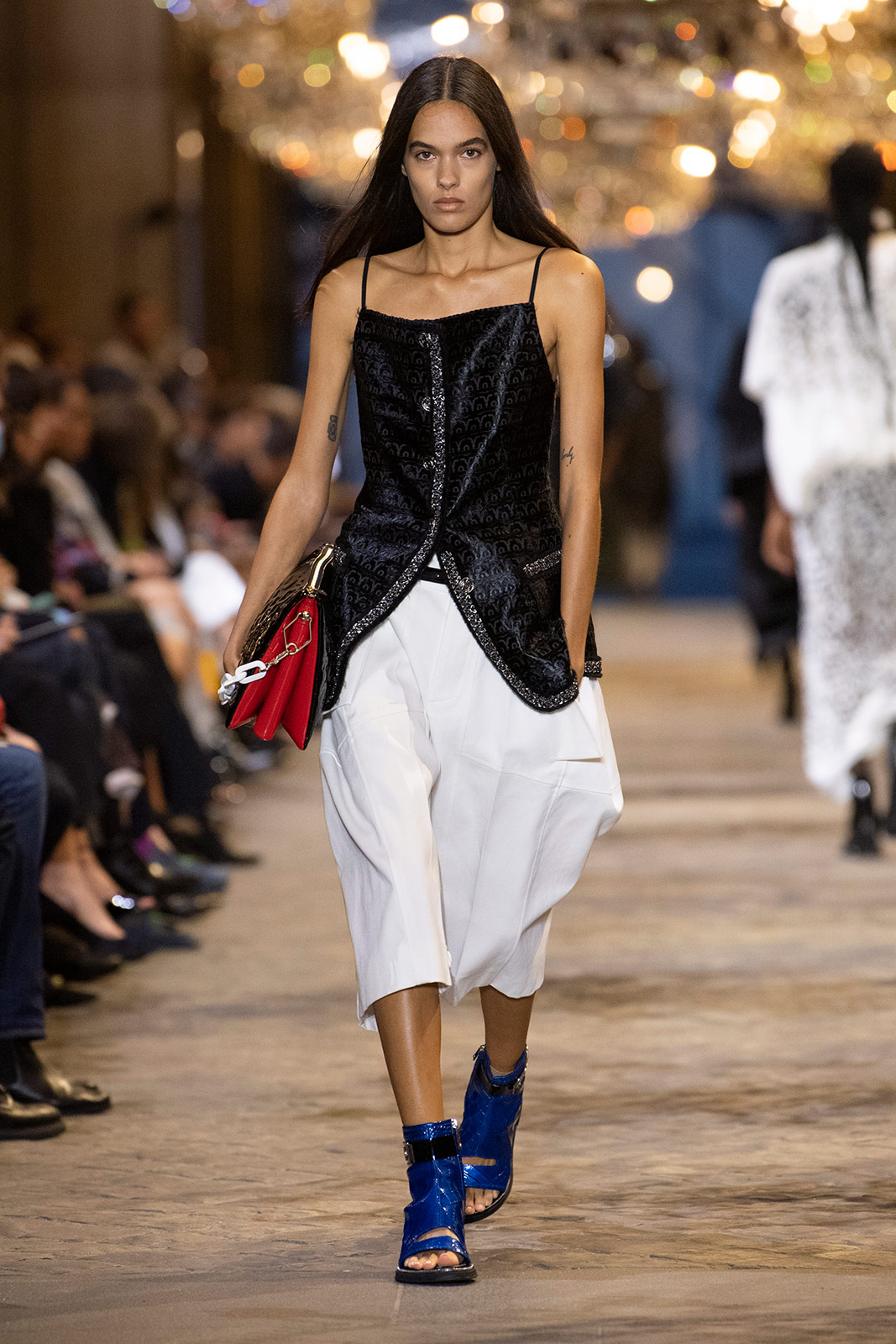 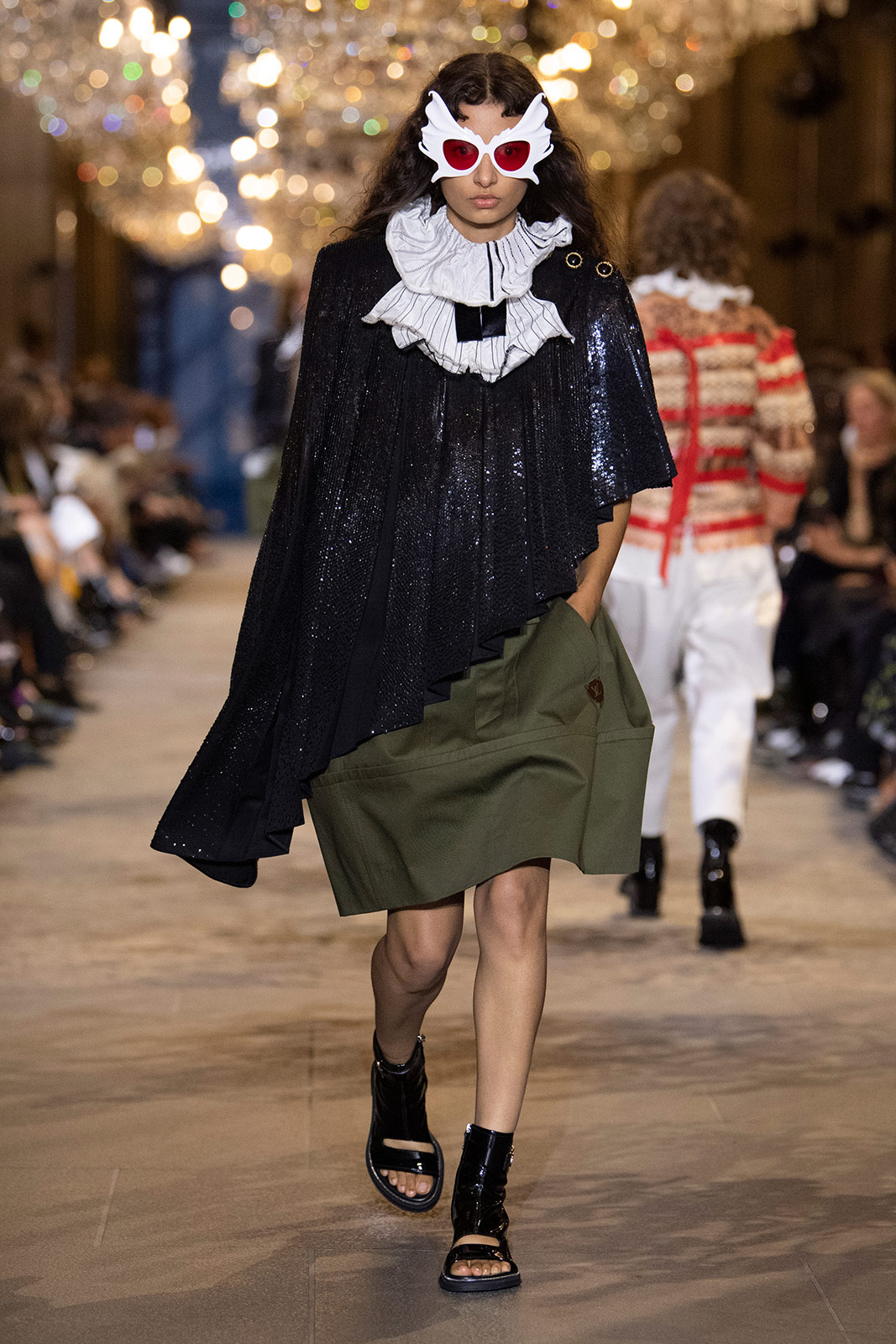 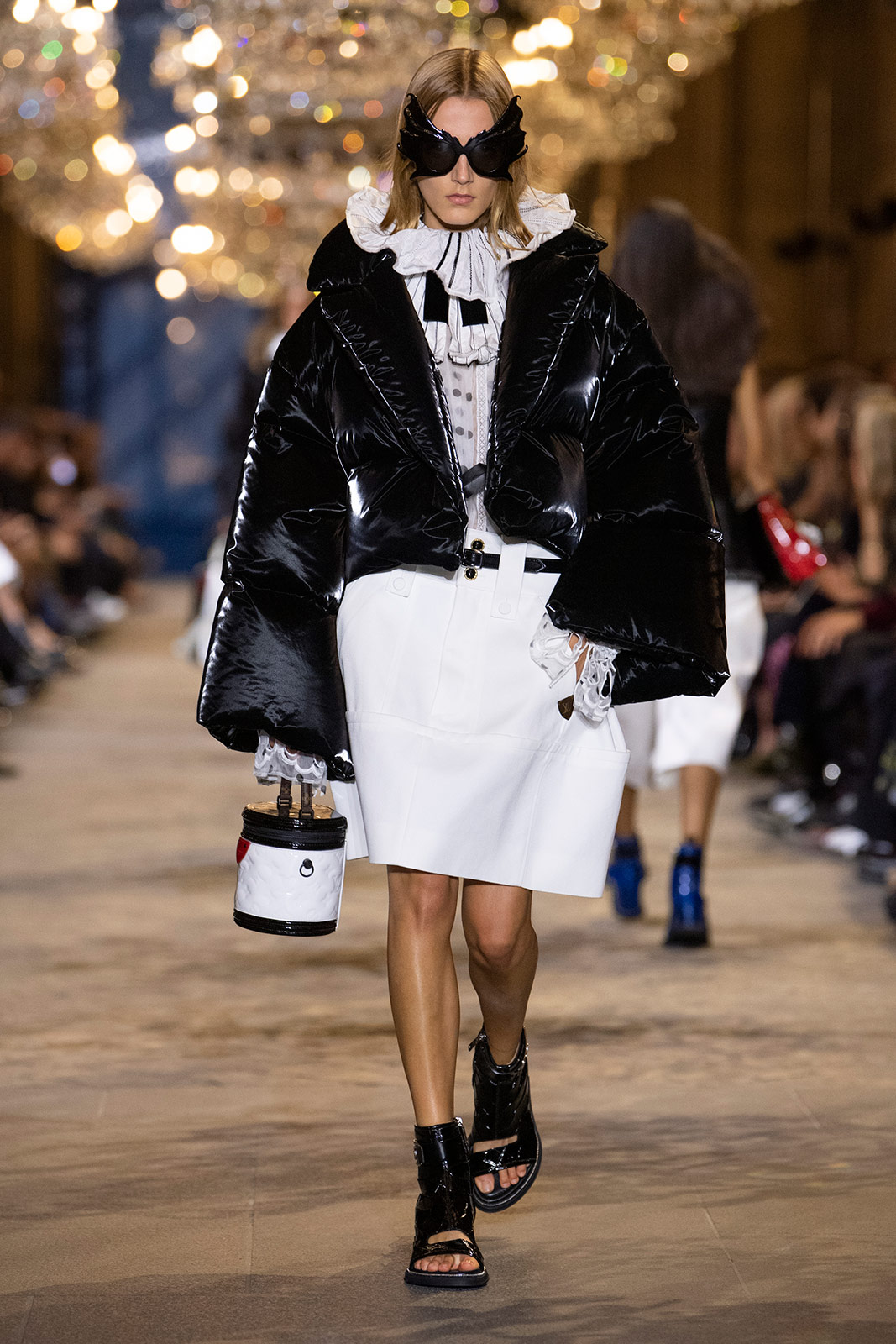 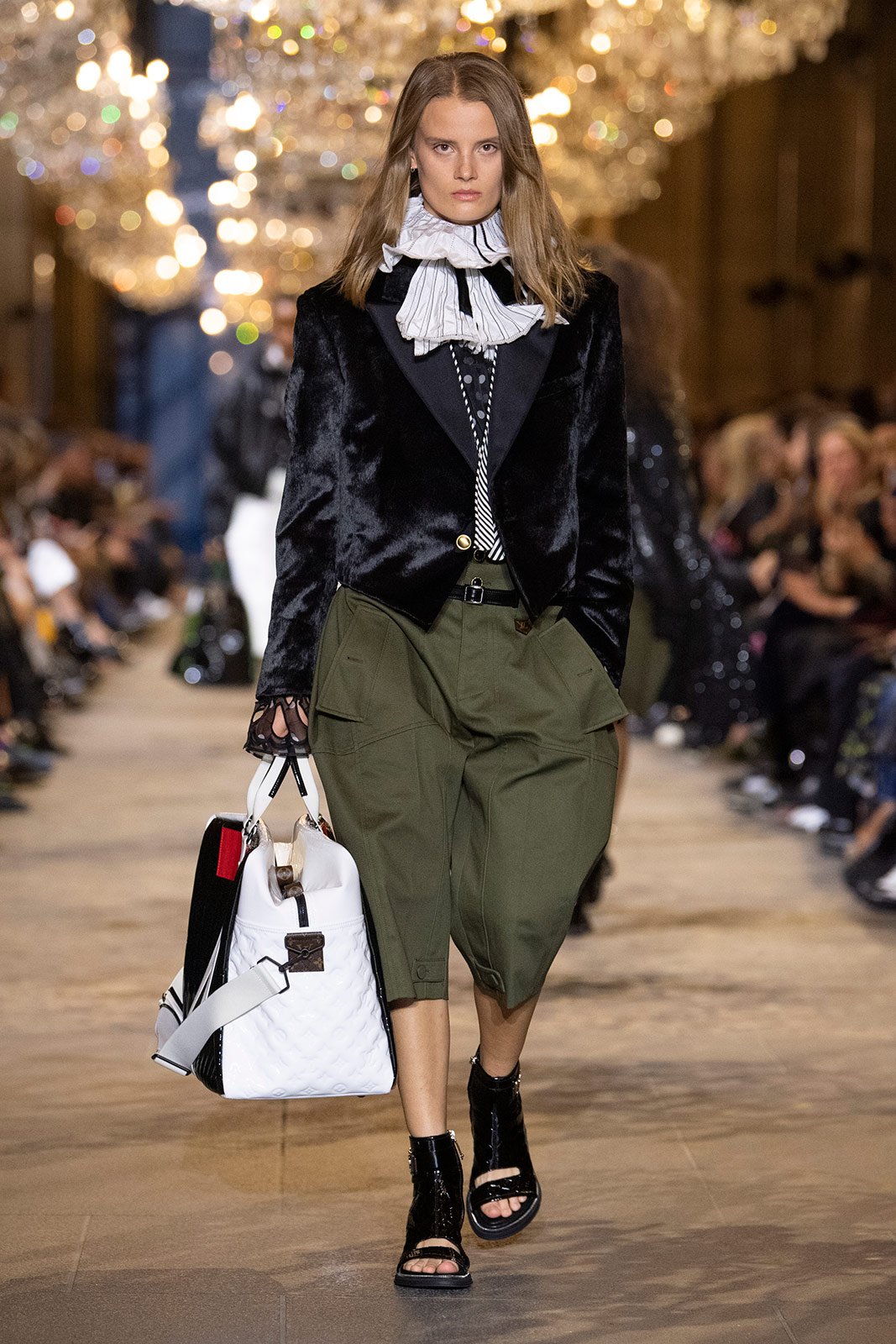 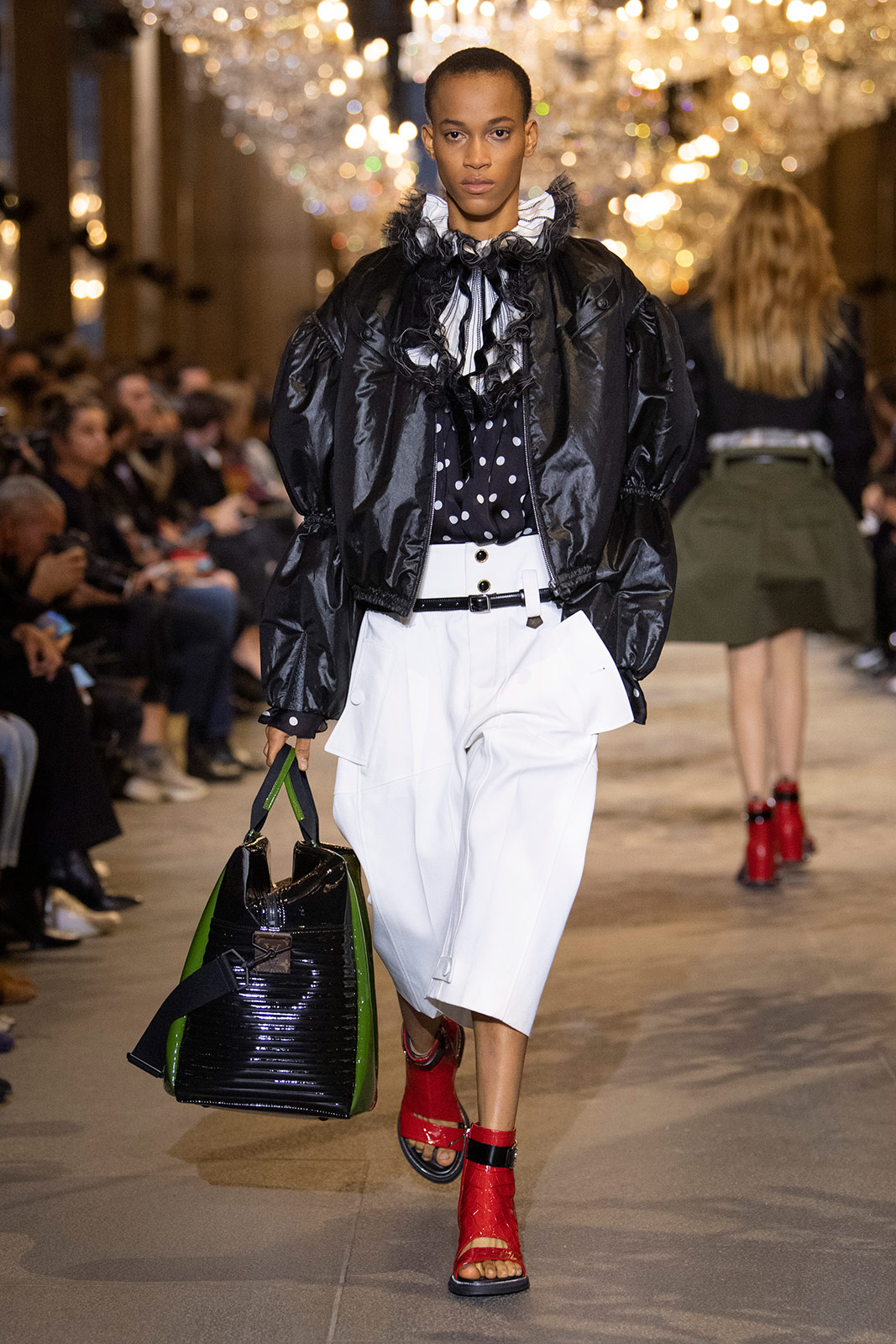