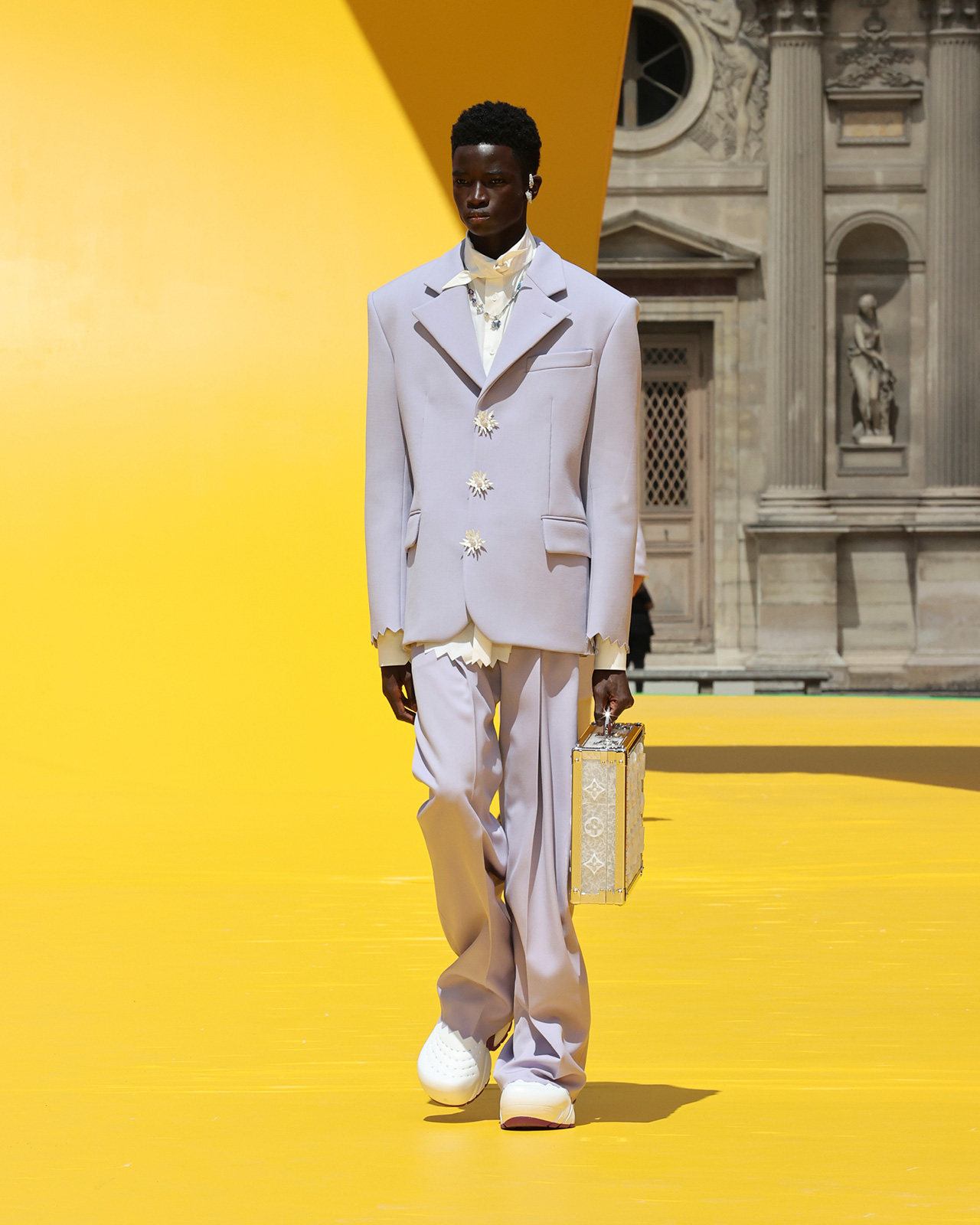 It is not often that the world is graced by geniuses of the caliber Virgil Abloh represented. His tenure with the 168 year old parisian house was short, only 4 years, and yet he fundamentally rearticulated a contemporary vision for the house. Prior to his stewerdship as Menswear artistic director, Louis Vuitton had ushered forth a notable slew of collaborations with contemporary artists and designers the likes of which included: Ye, Takashi Murakami, and Marc Jacobs. However, the codes of the house hung drab at a time in which new trends, notably those riffed from streetwear, became preeminent.
Abloh’s appointment to the house marked a new era for the brand, one in which the house’s savoir faire found retooled applications, from the ground up; playful references, new palettes, novel silhouettes and new creative collaborators imbued Virgil’s eight seasons with the ferocious creative production of a fireworks show. Collection ∞ represents the first not touched by Virgil’s hand. Virgil Was Here was a funerary procession, Louis Dreamhouse the designer's farewell letter, and now Collection ∞ is the house’s response to Abloh’s premature departure from this world.

For his first collection with Louis Vuitton, Abloh invoked the imagery and concept of The Wizard of Oz’s Yellow Brick Road in both his premier show, and Spring/Summer 2019 Mayfair, London pop up store. Collection ∞, designed collaboratively by the Studio Prêt-à-Porter Homme, invokes this concept with a looping yellow runway. Abloh’s final show interrogated dreams, as the house wakes up from his death, the living dream, imagination is the grounding concept.

The show began with a short film, Strange Math, directed by Ephraim Asili whose work focuses on the cultural force of the African diaspora. Strange Math features musical performances of two of Sun Ra’s tracks by the preeminent marching band, the Marching 100 of HBCU Florida A&M University’s Marching Band. The film ends with a visual invocation of the visionary Afrofuturism represented by Sun Ra’s music: a reflective, pyramidal rocketship begins a takeoff process featuring orange/ fuchsia smoke. The collection's first pieces are slowly introduced in the film. Notable is the protagonist’s reflective harness vest, a gesture to Abloh's internet breaking iteration of the item for Timothée Chalamet in 2019. The film ends, and the Marching 100 begin the show’s precession.

Following the Marching bands performance, Kendrick Lamar performed several of his tracks as he sat beside Naomi Cambell. His performance began, of course, with a repeated line memorialising Abloh. The show introduced a range of silhouette’s familiar to Abloh’s design lexicon. Playful at its core, Collection ∞ introduces jagged seams, jumbo sized sneakers and a slew of creatively recycled concepts from the house. The collection also looks to workwear silhouettes pulled from 1990’s american skate culture, a fixture of Abloh’s reference board beginning with Pyrex, continuing with Off-White and finally finding a place in revolutionising Louis Vuitton’s design codes. Another note from Abloh’s sketchbook is found in the sculptural extrusion of garments, particularly in the speaker carrying, and origami plastered models seen walking down the runway throughout the show.

All in all, it was a great homage to Abloh's tenure at Louis Vuitton Men and what he could have eventually offered, if he had had the chance to continue creating for the brand, following his legacy: the language and series of codes that he created and cemented for what was to come. 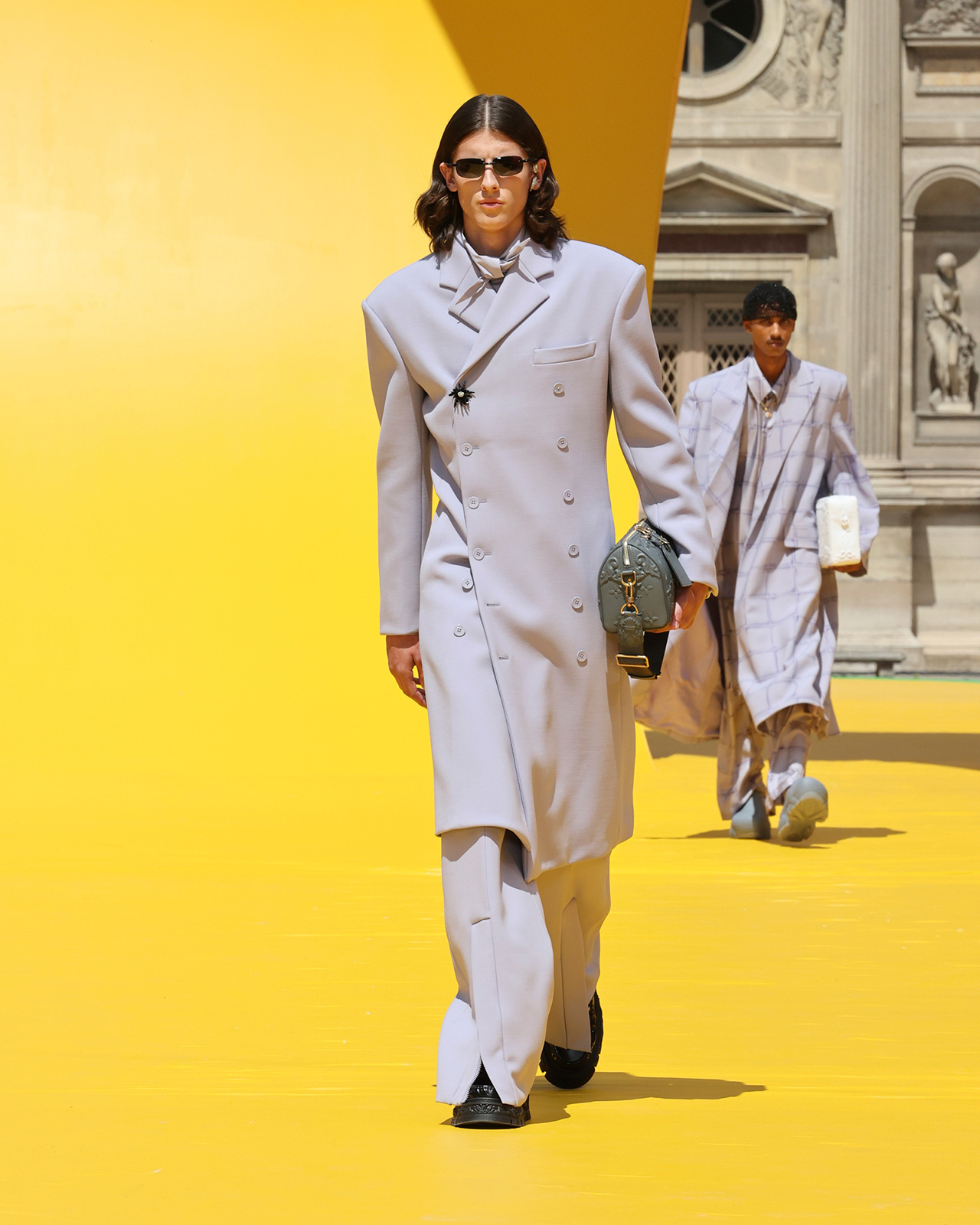 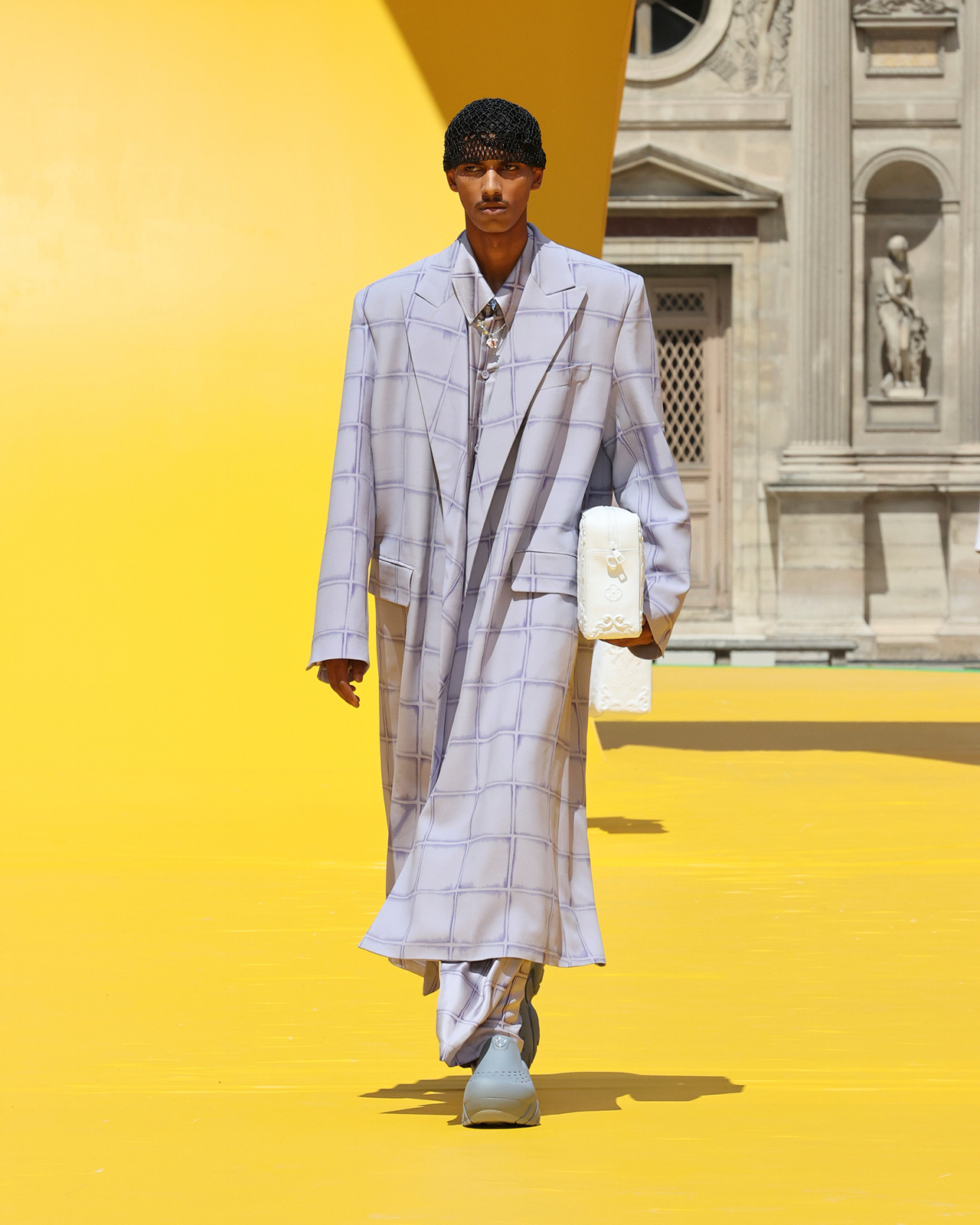 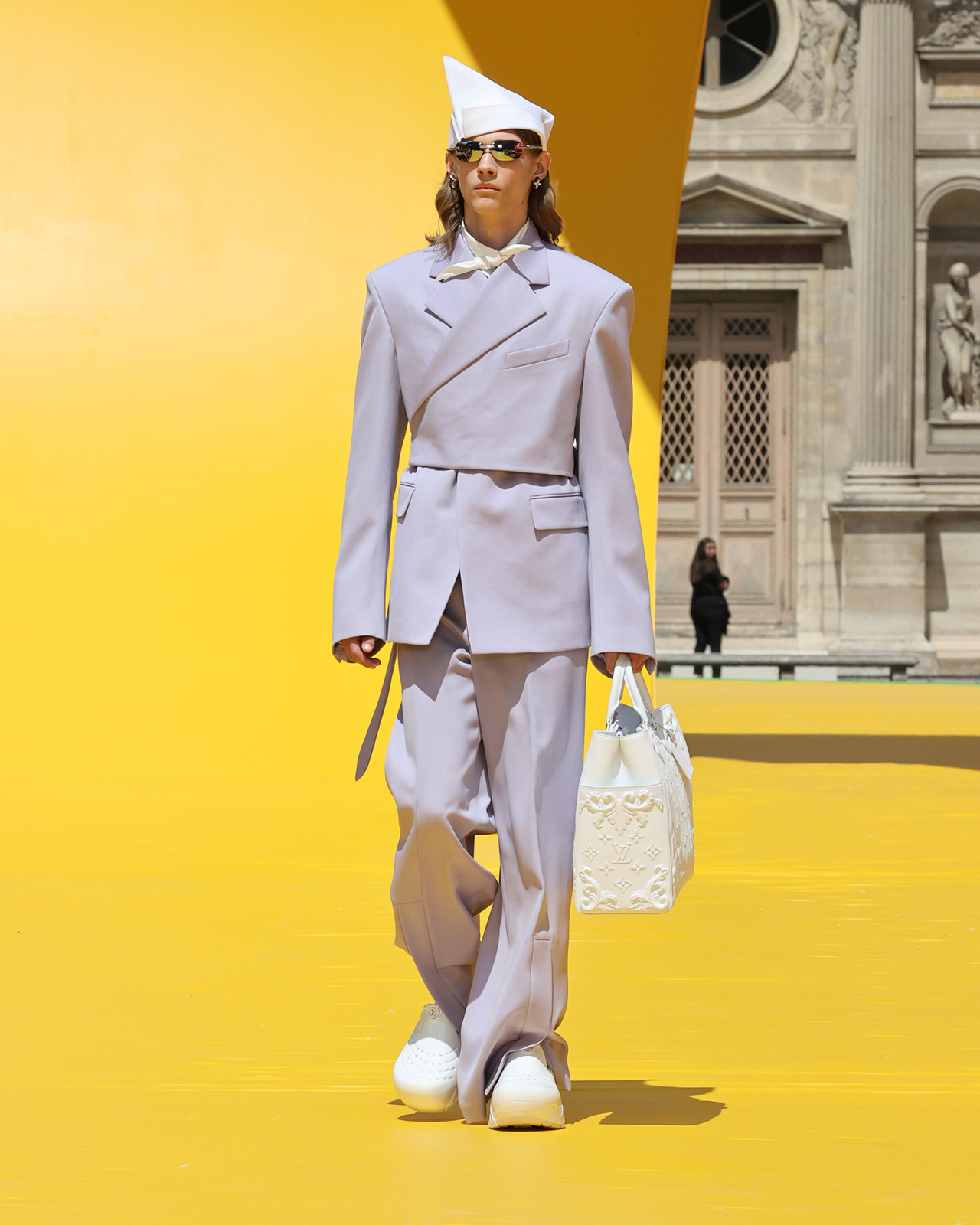 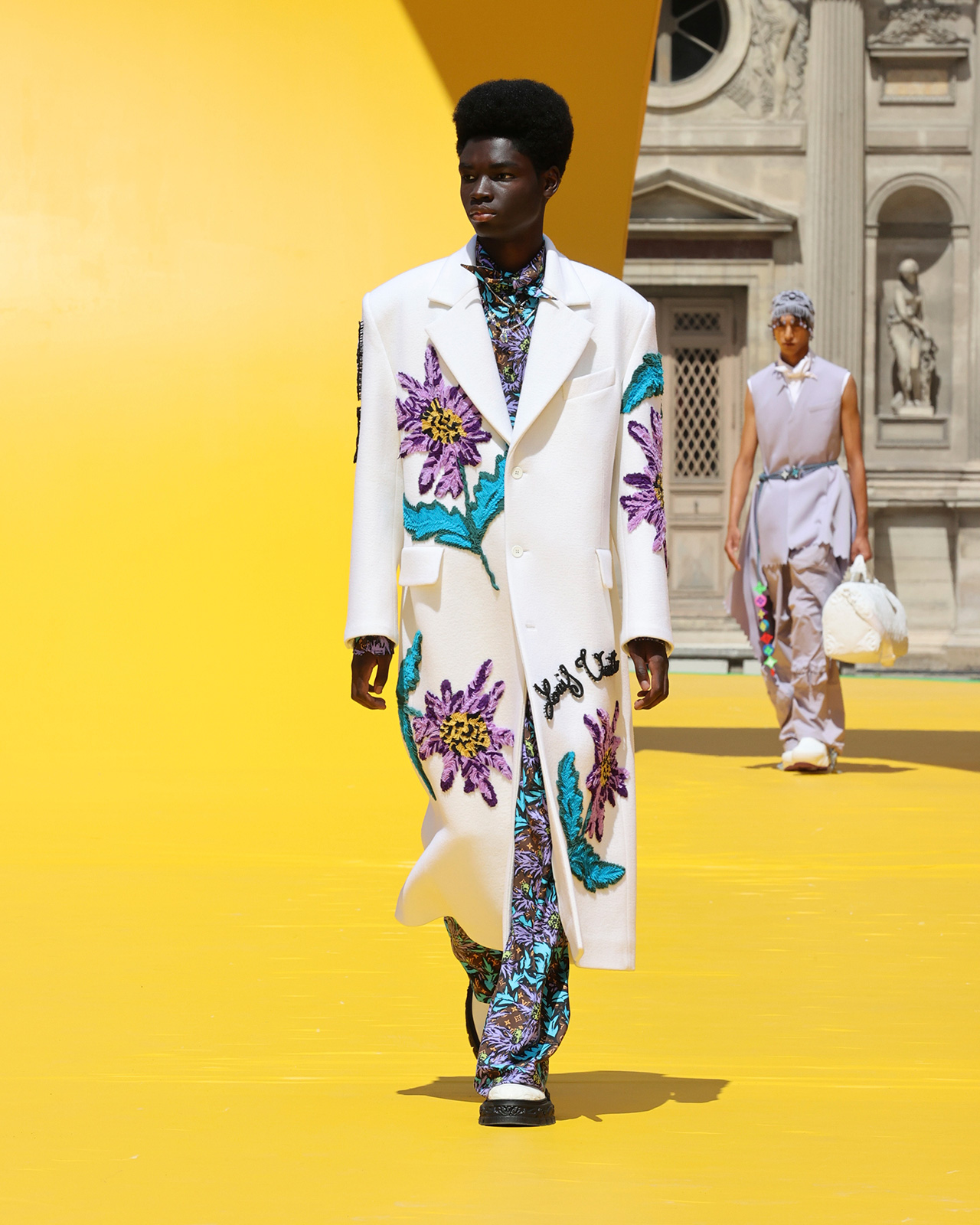 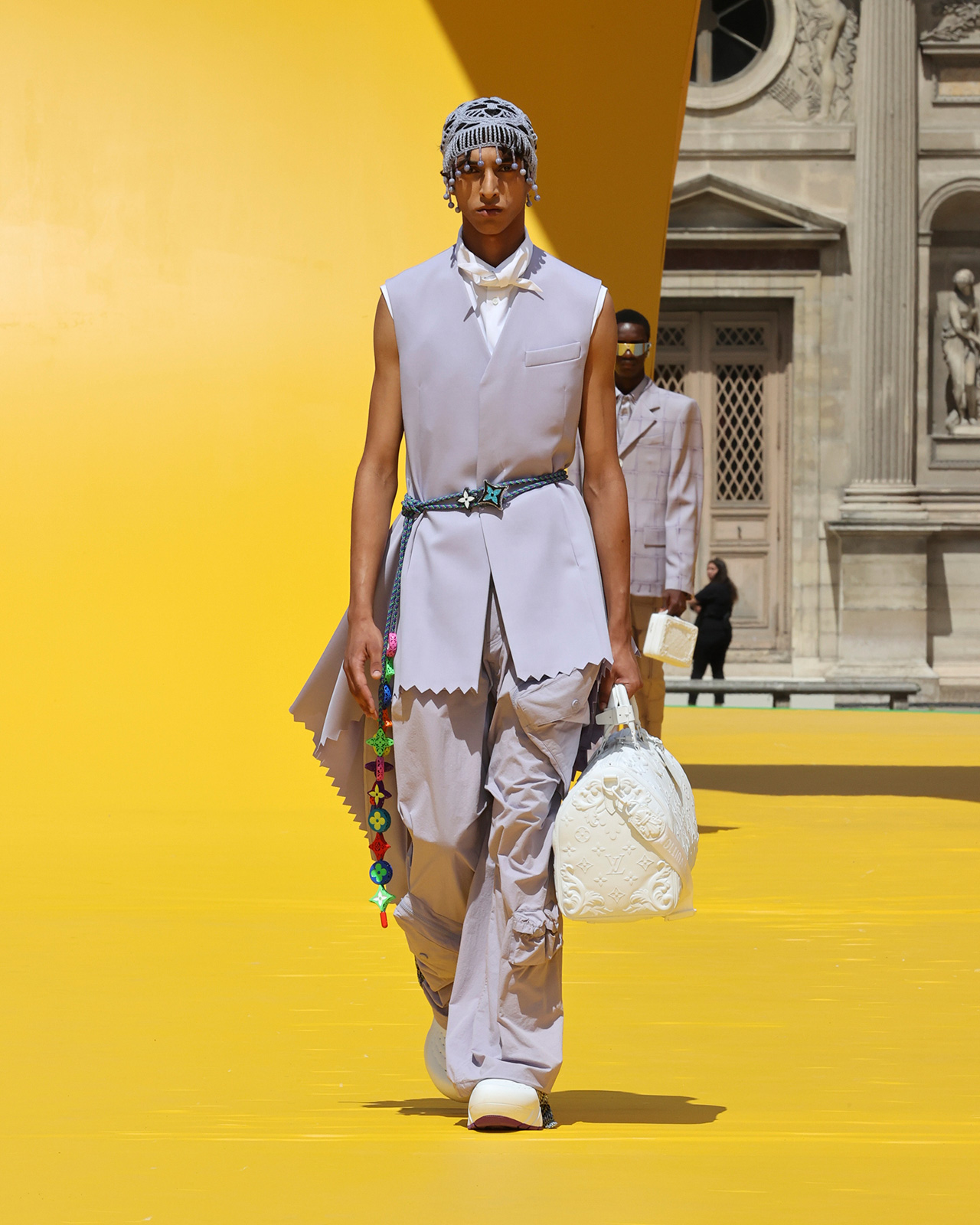 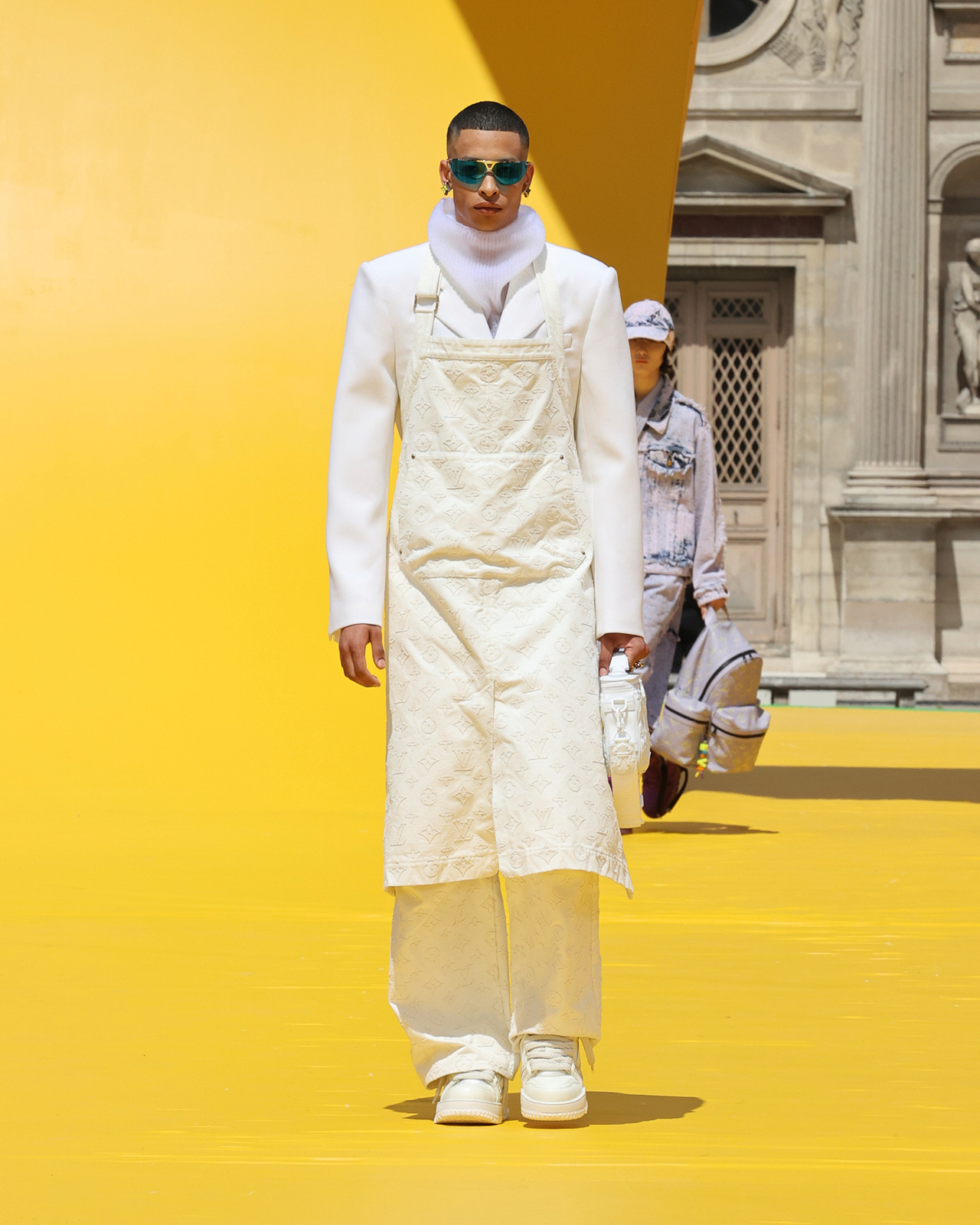 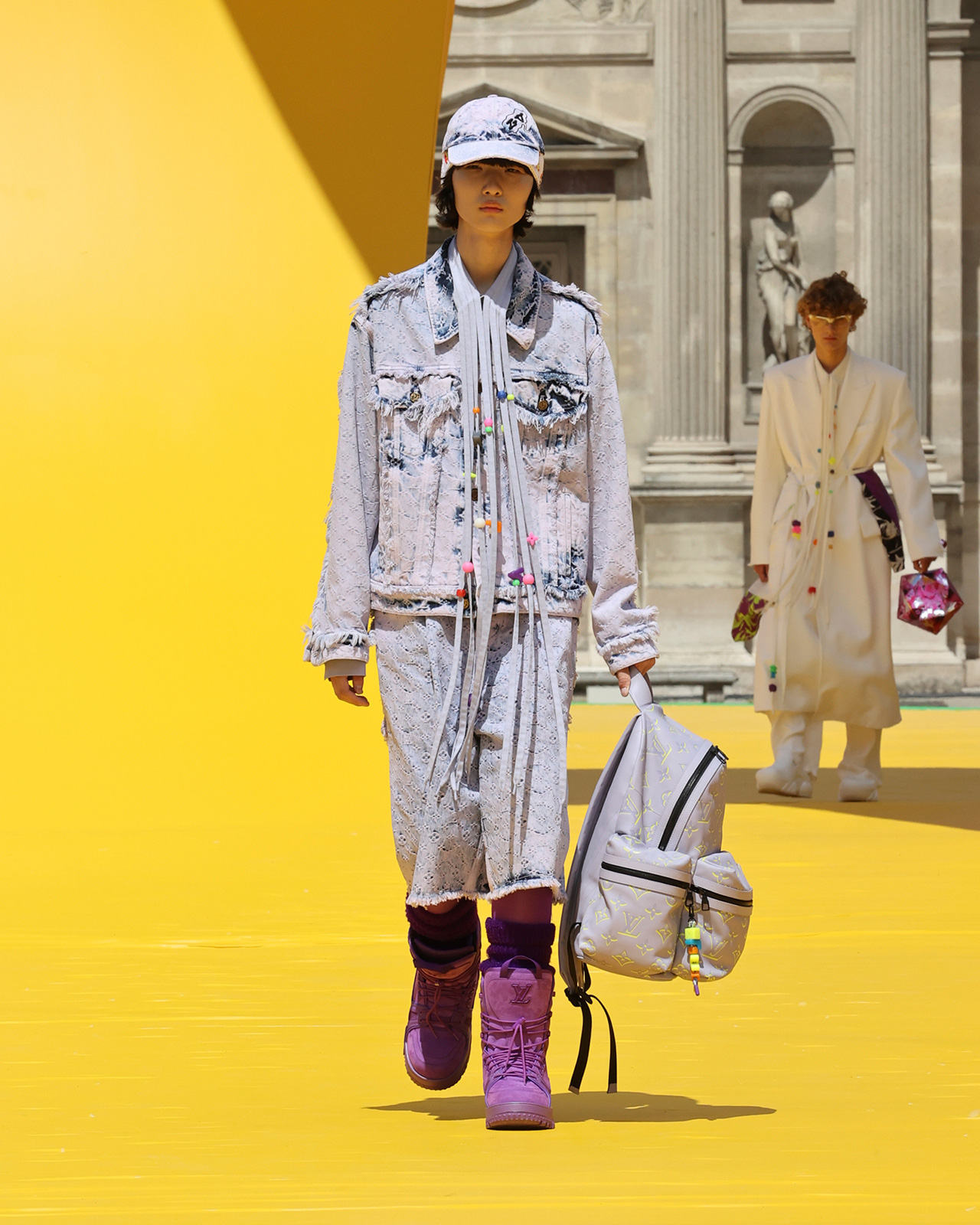 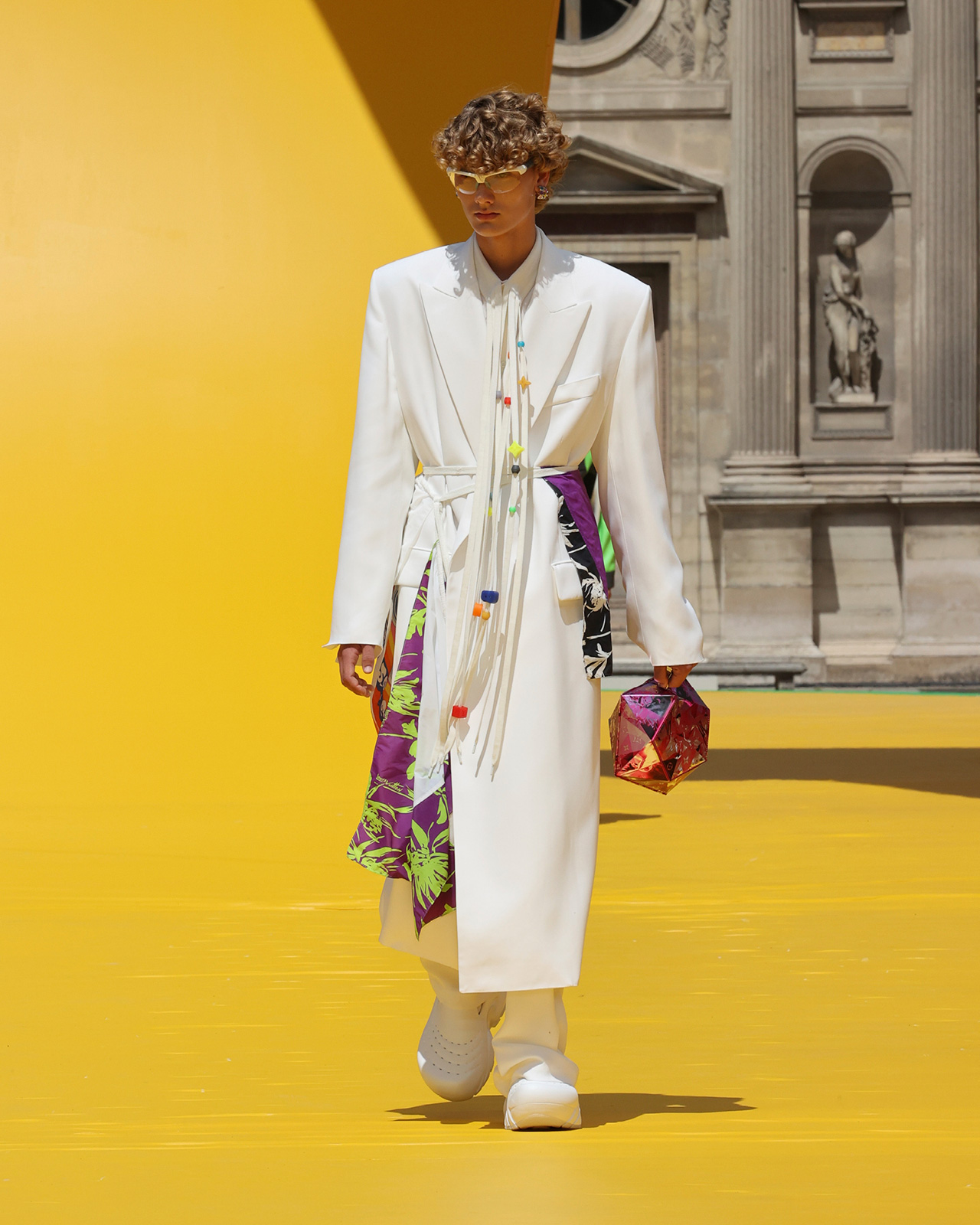 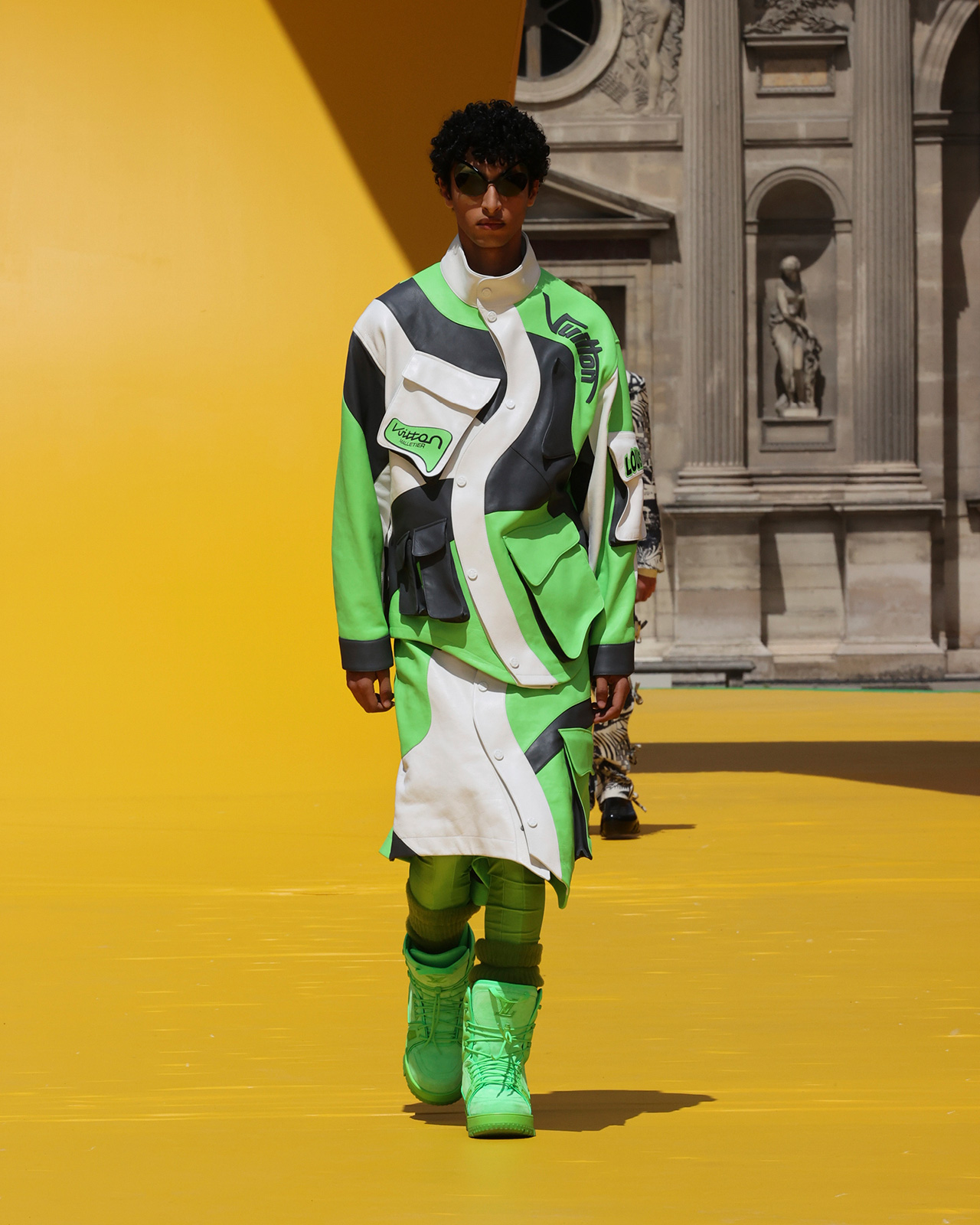 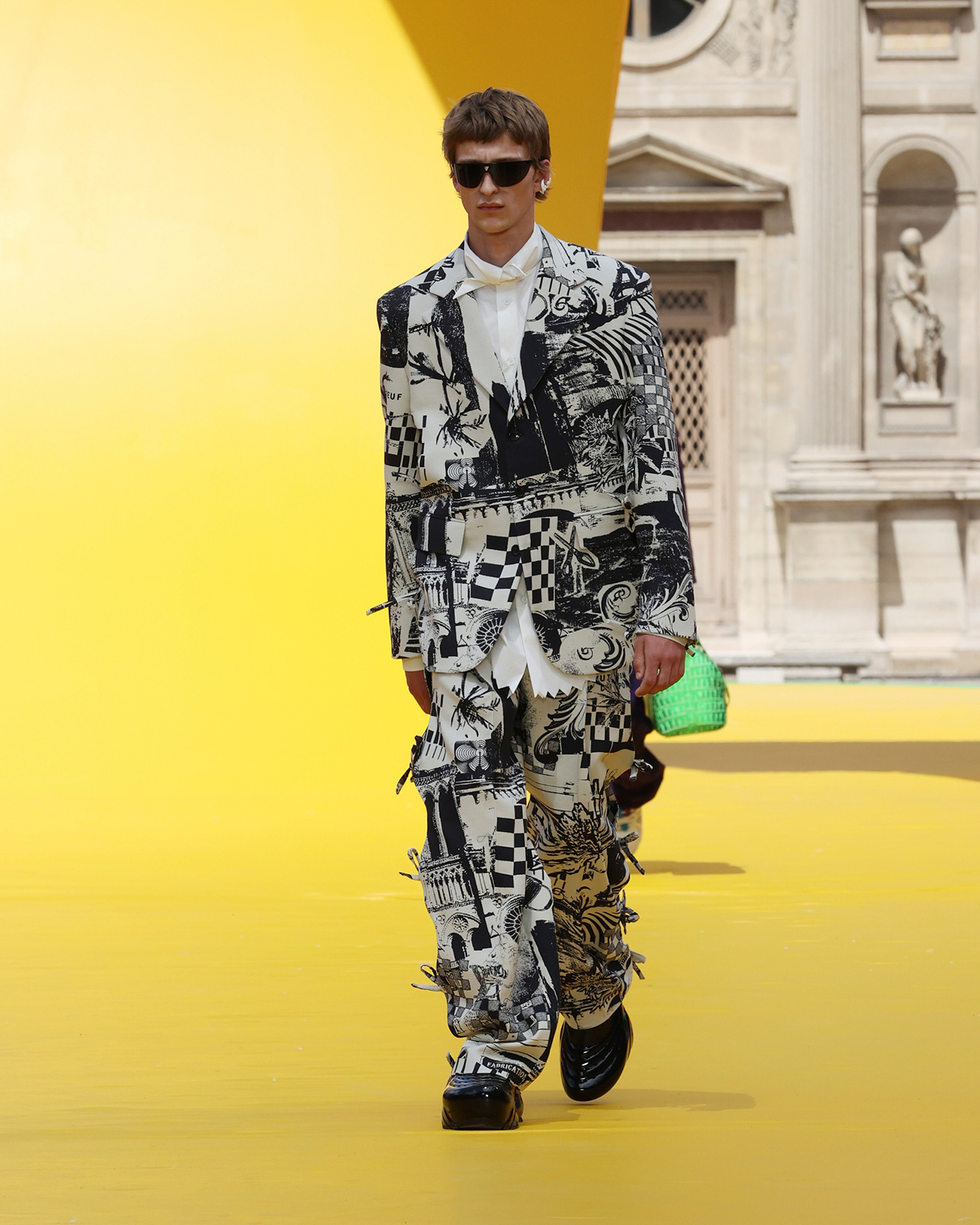 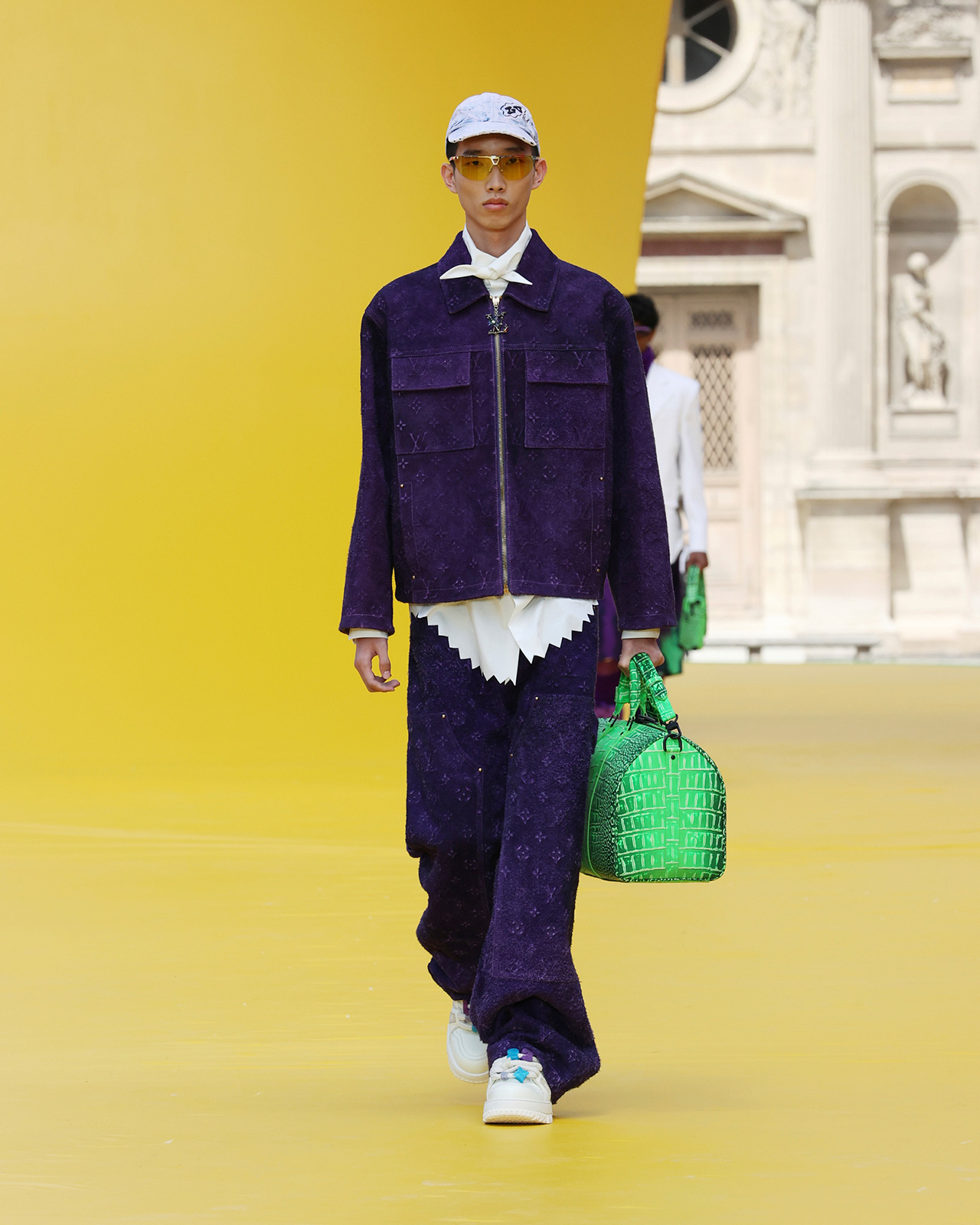 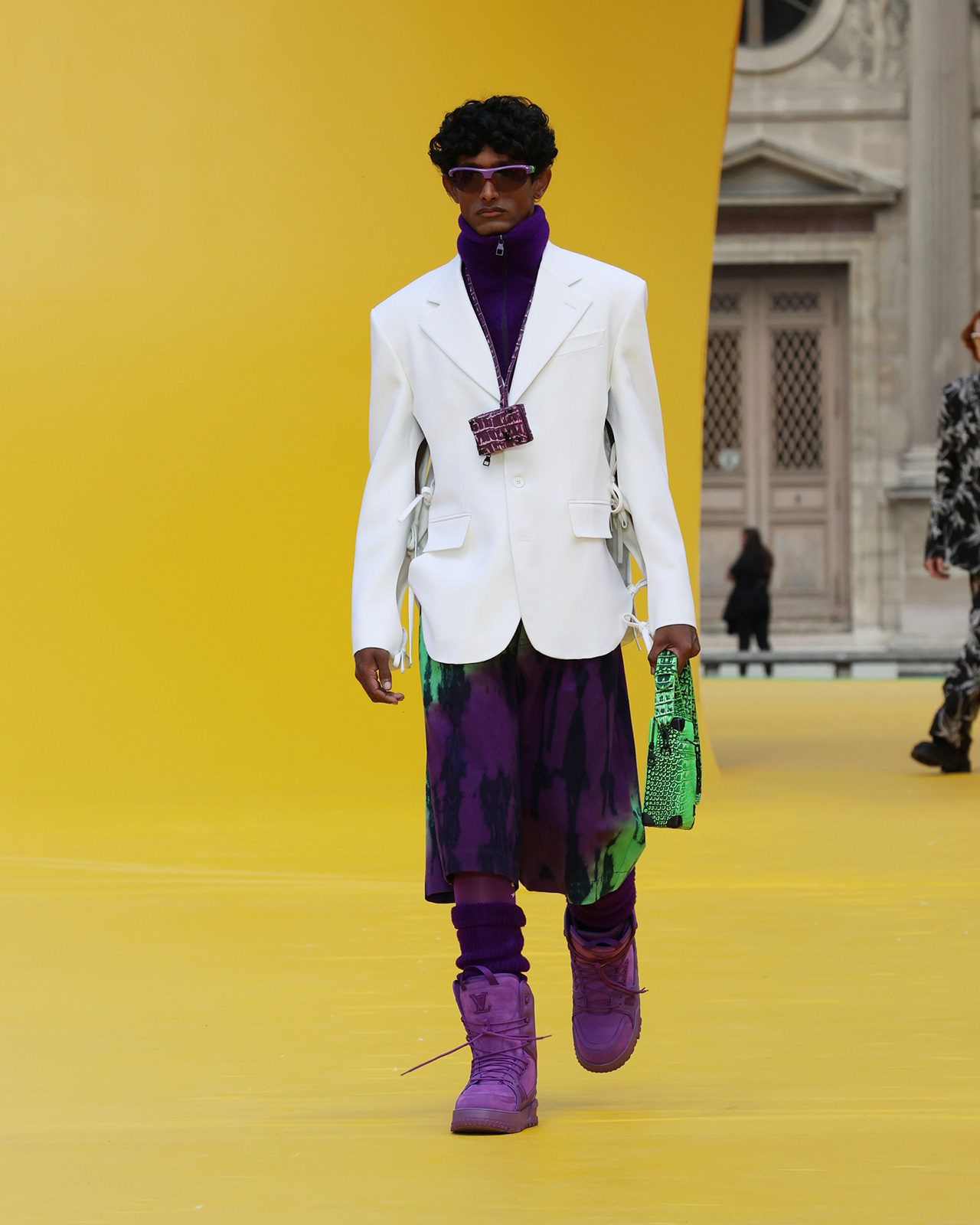 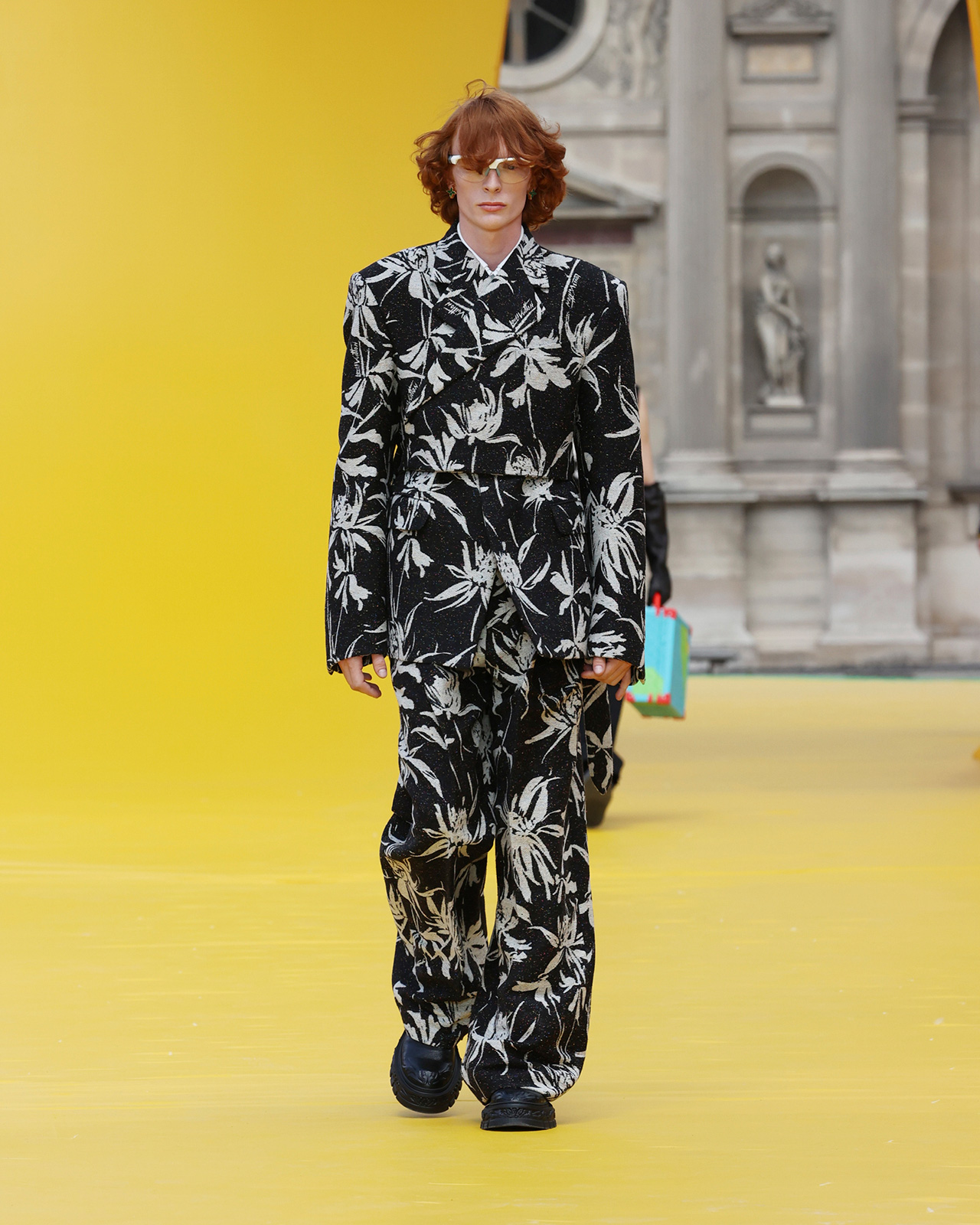 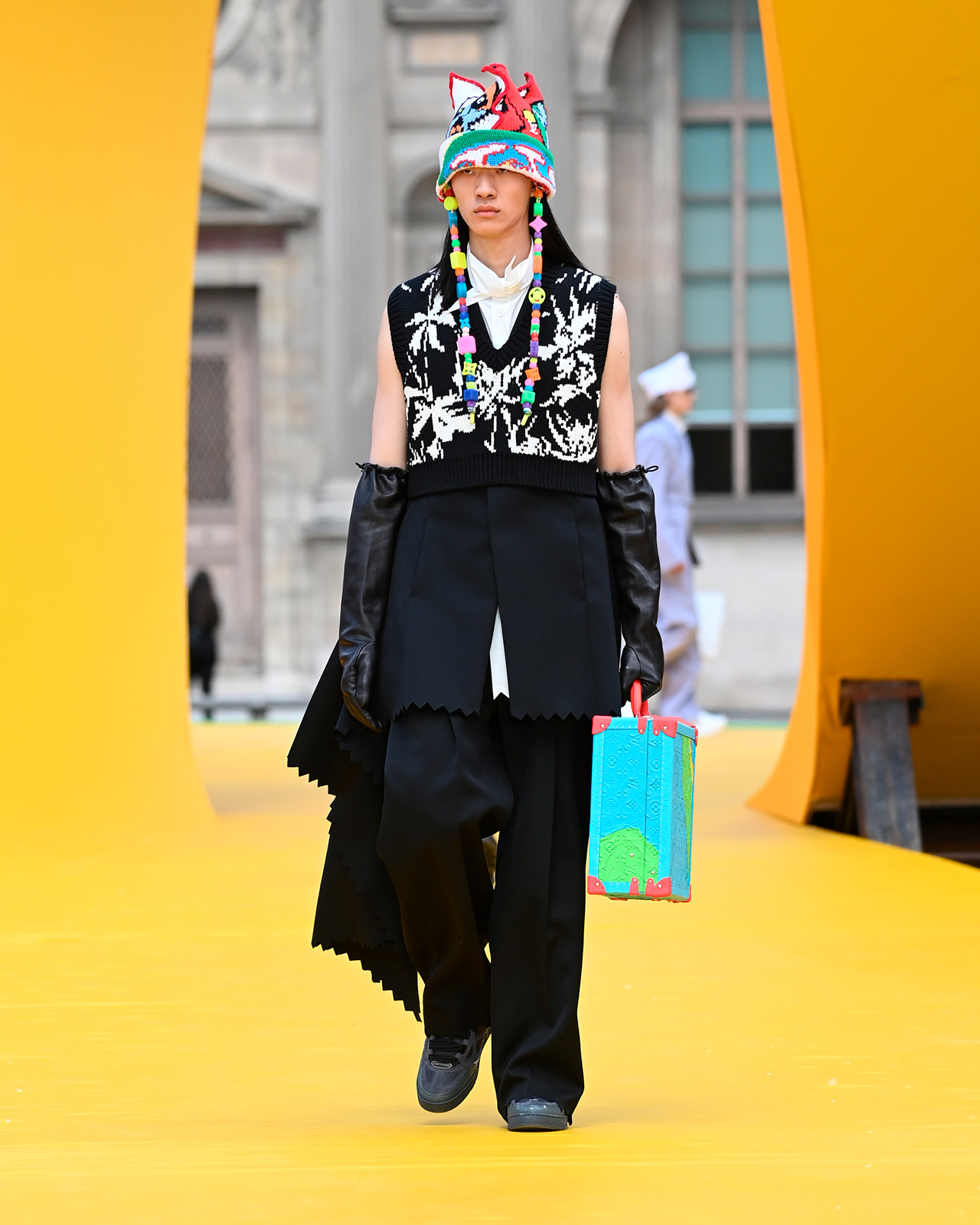 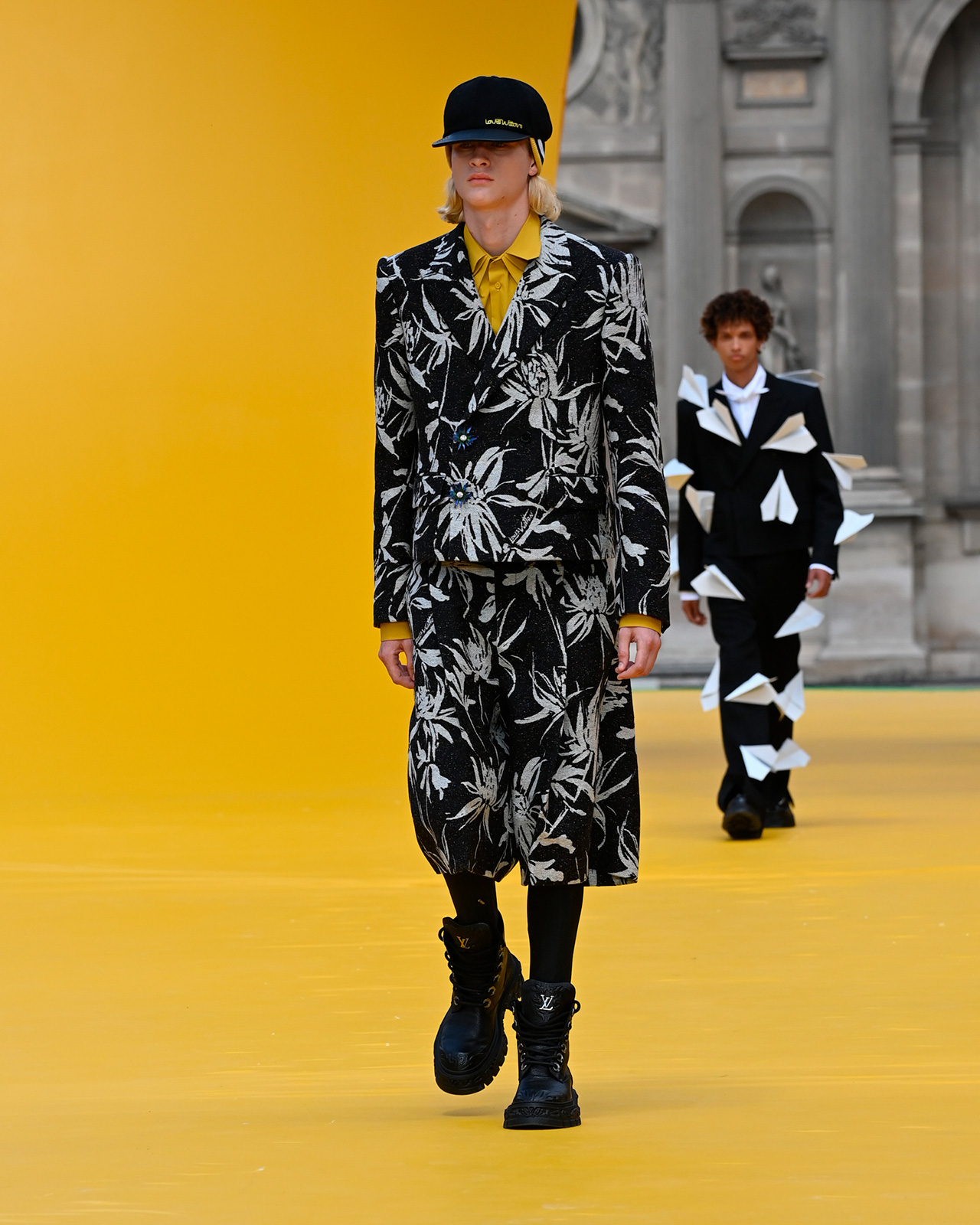 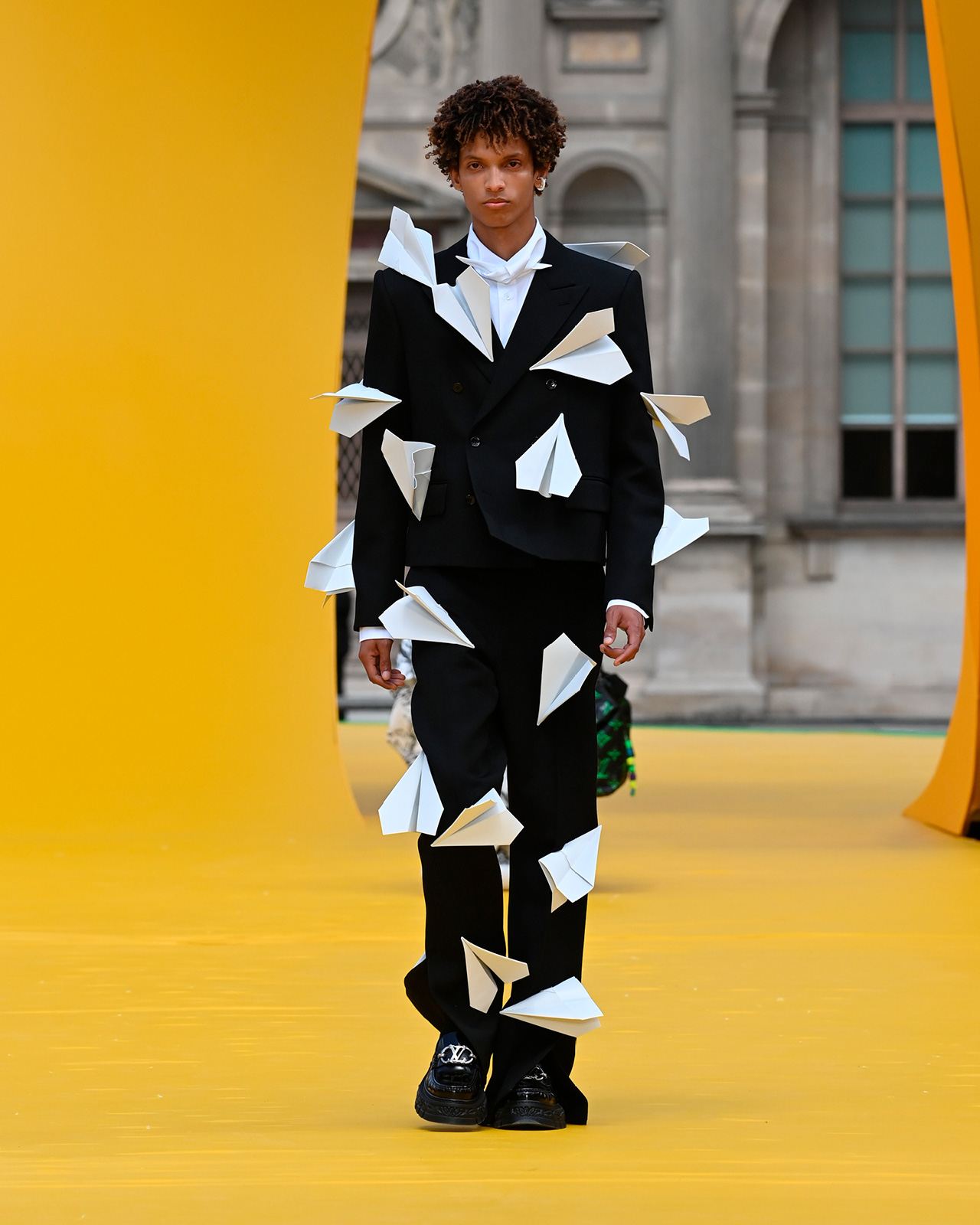 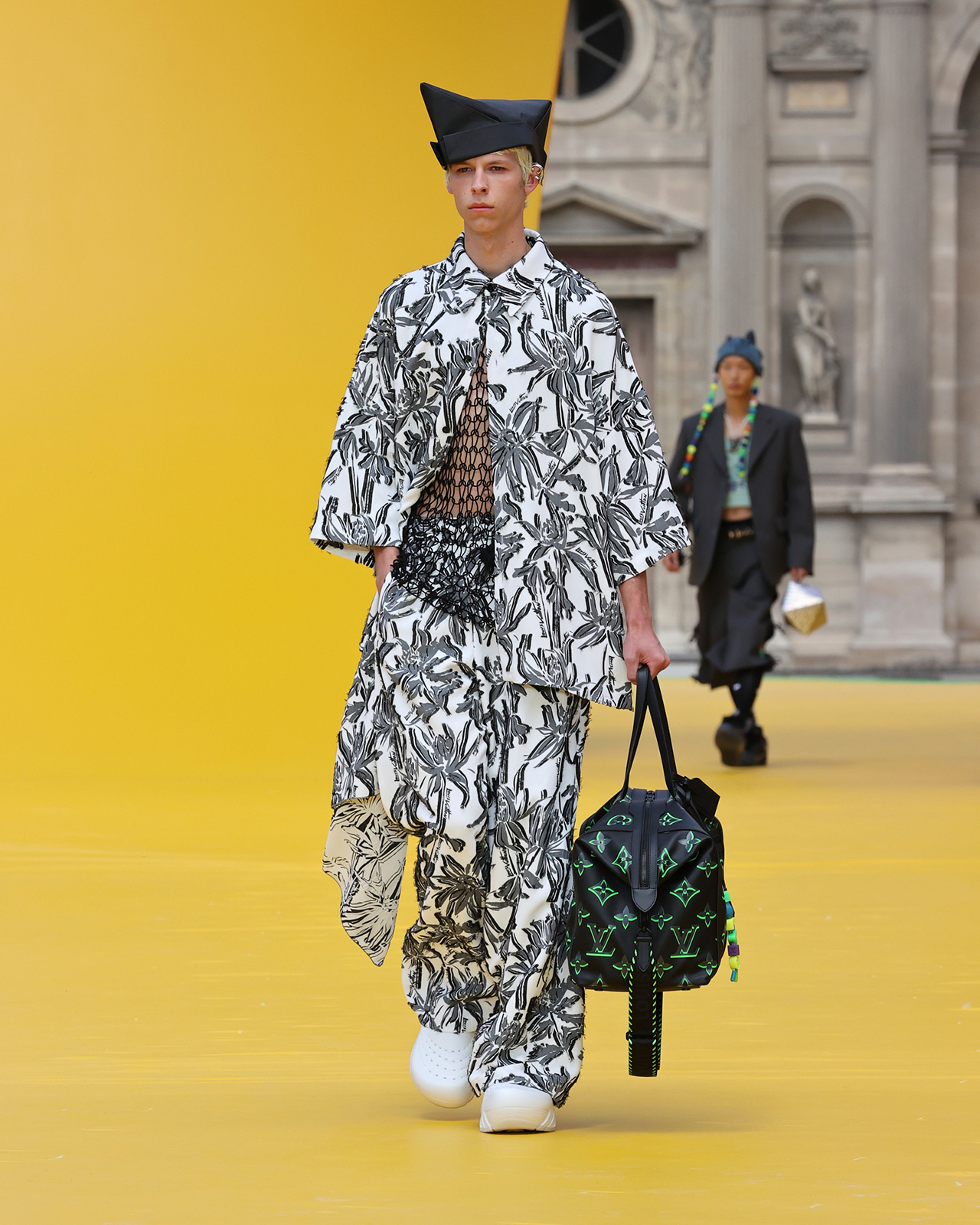 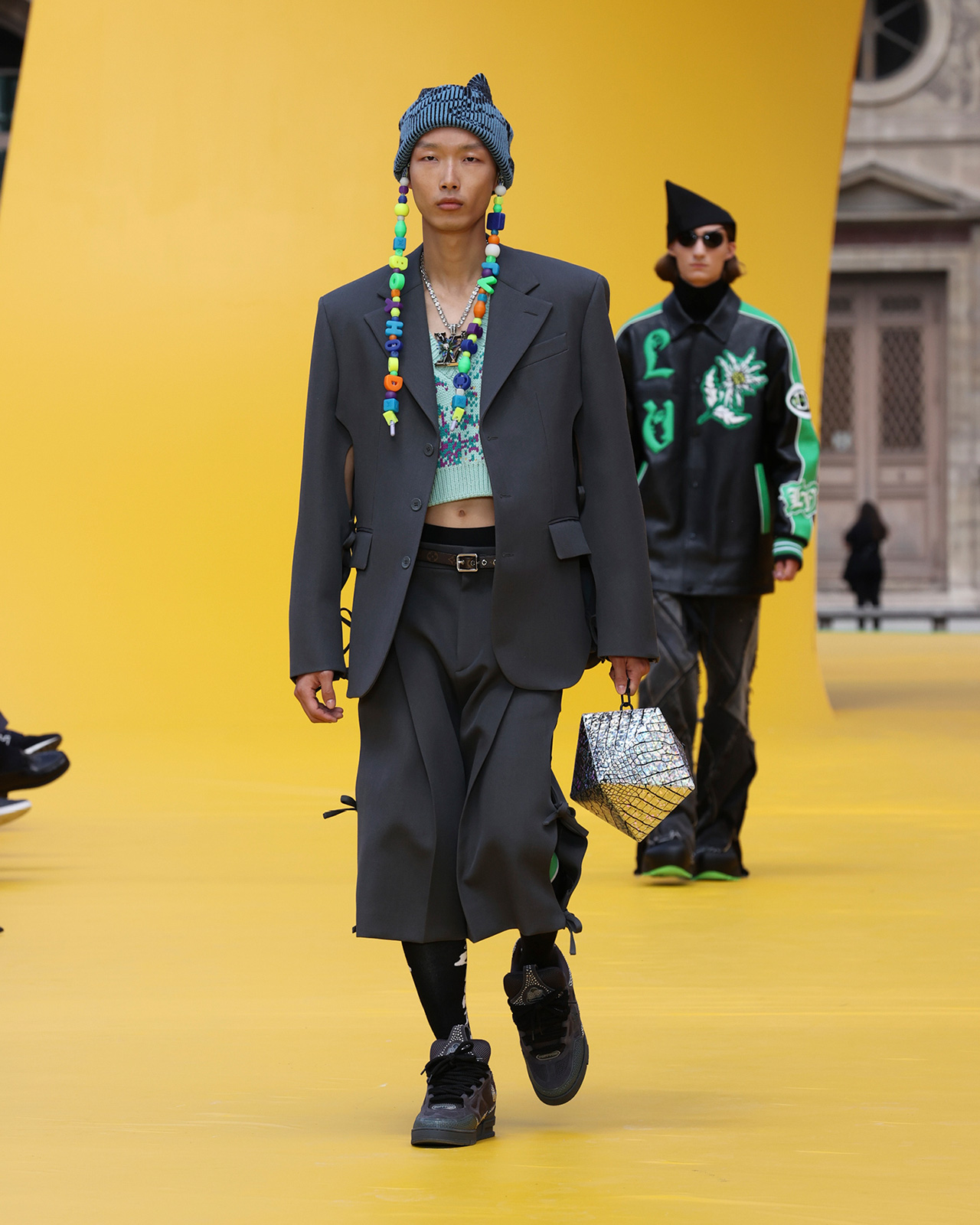 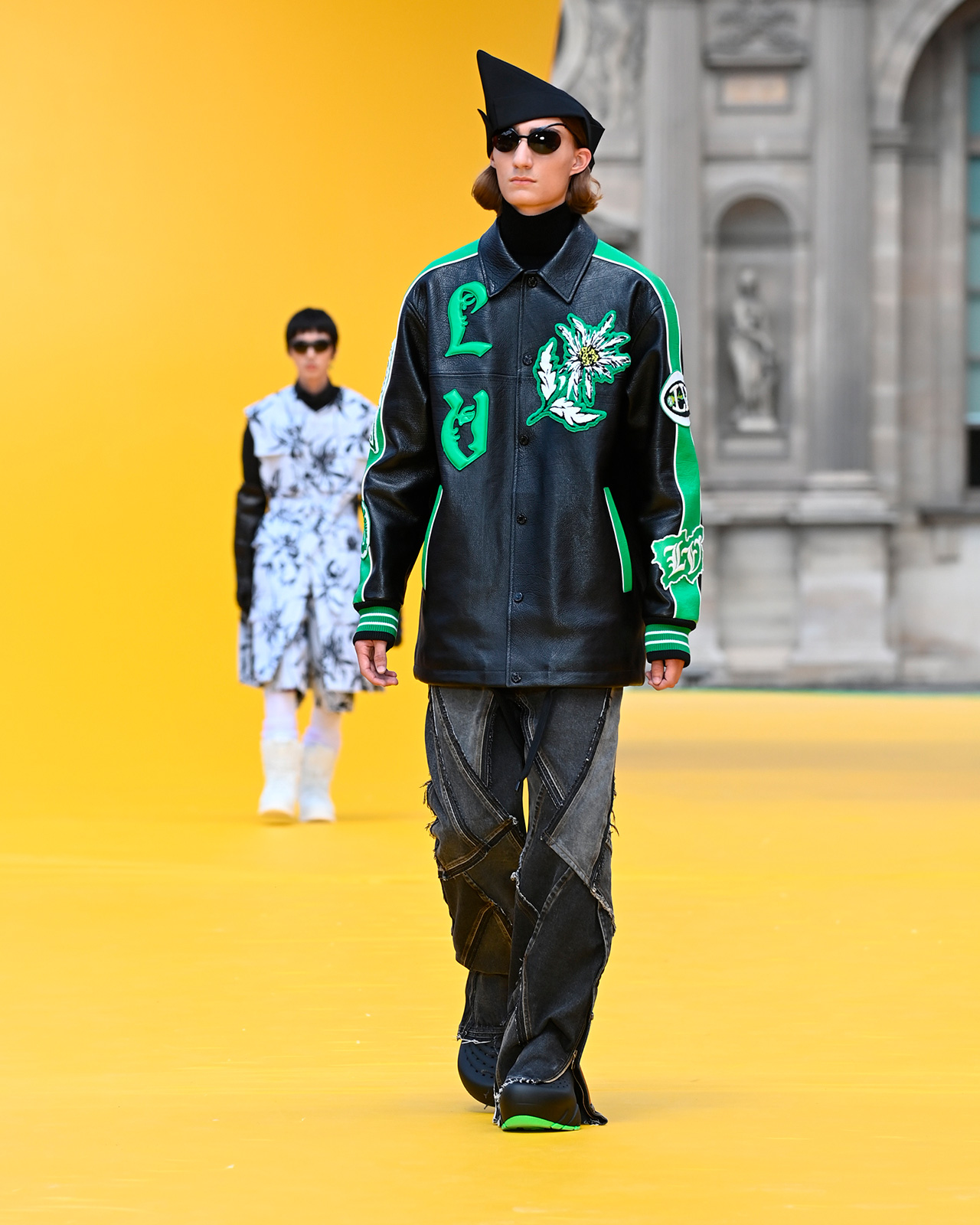 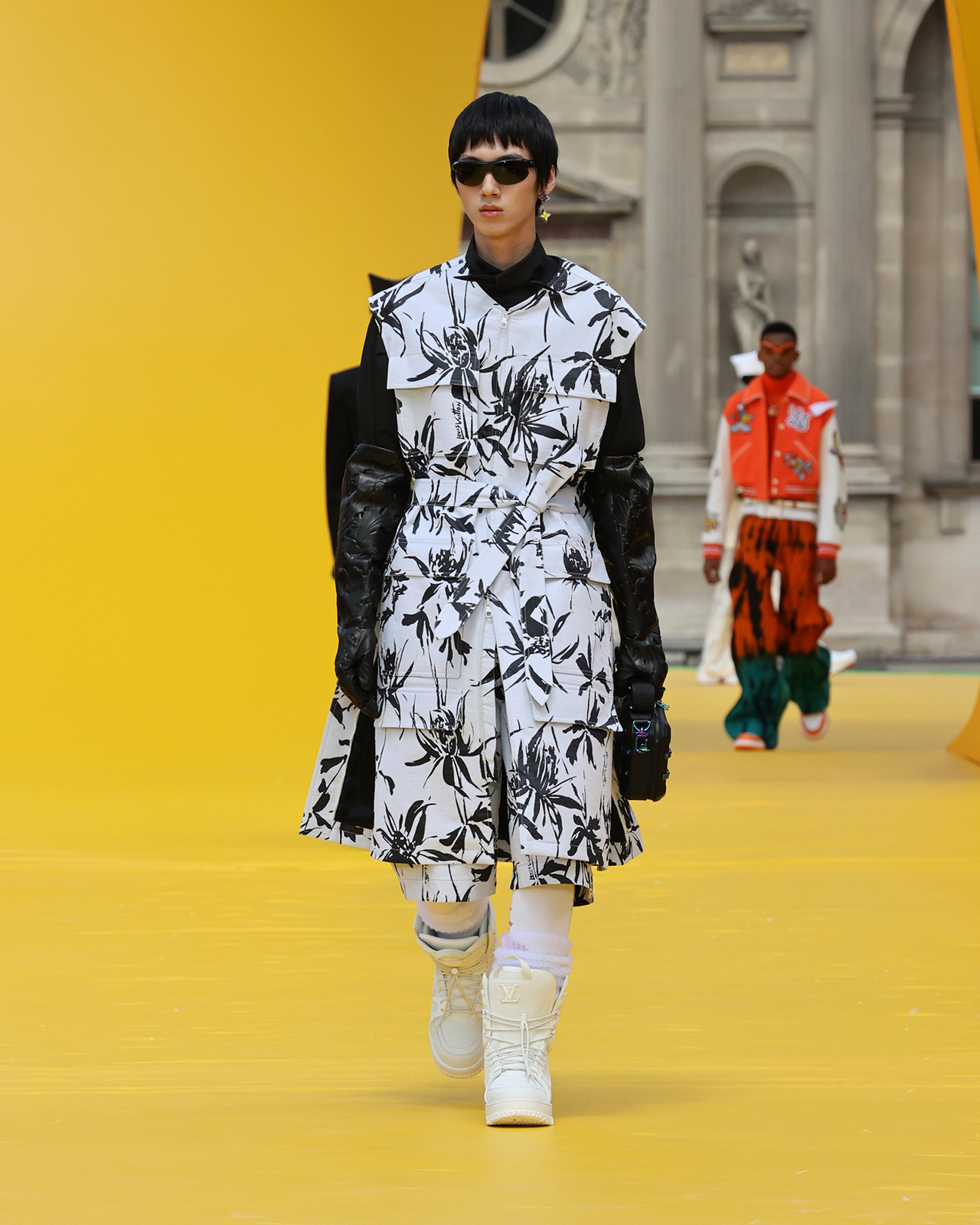 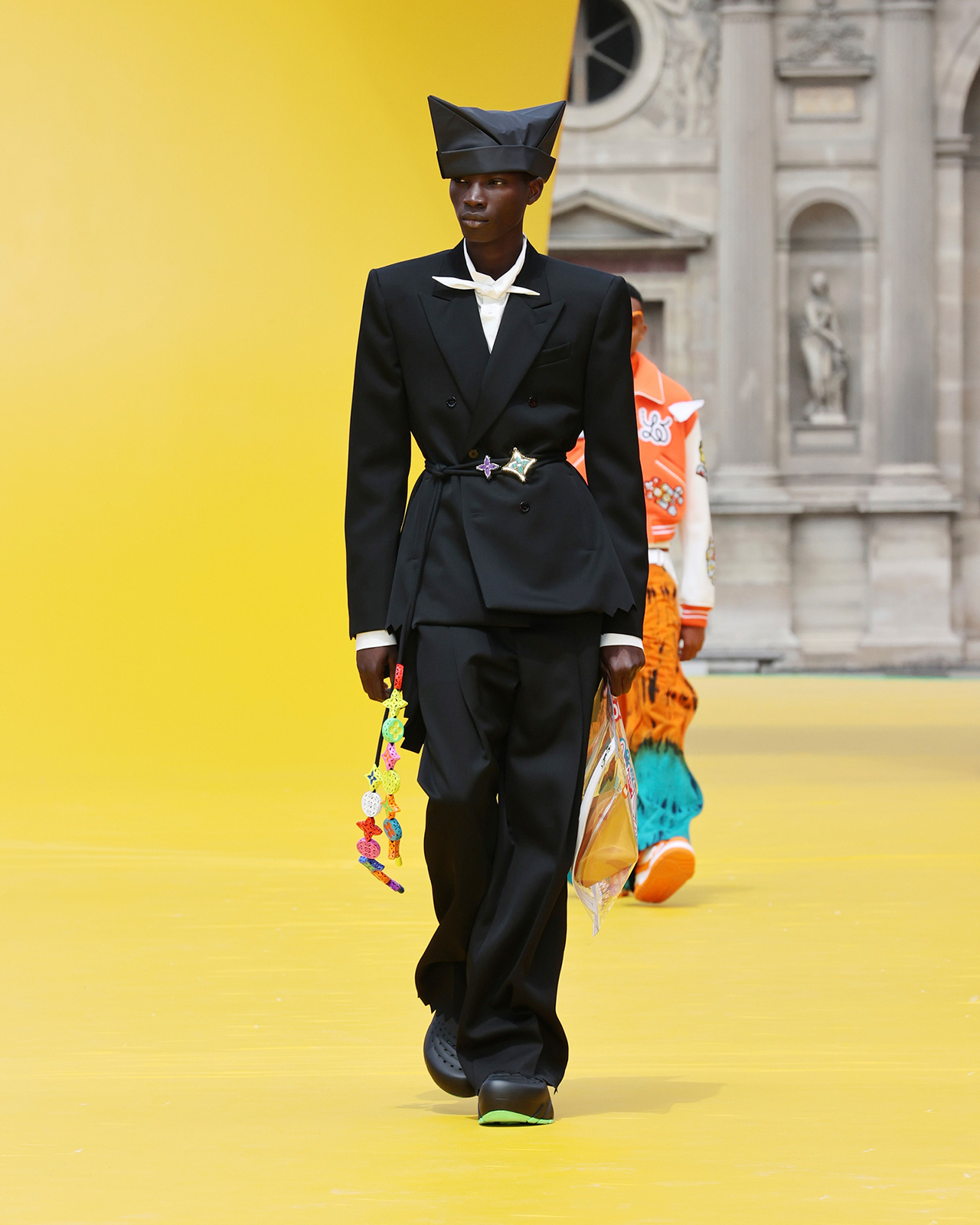 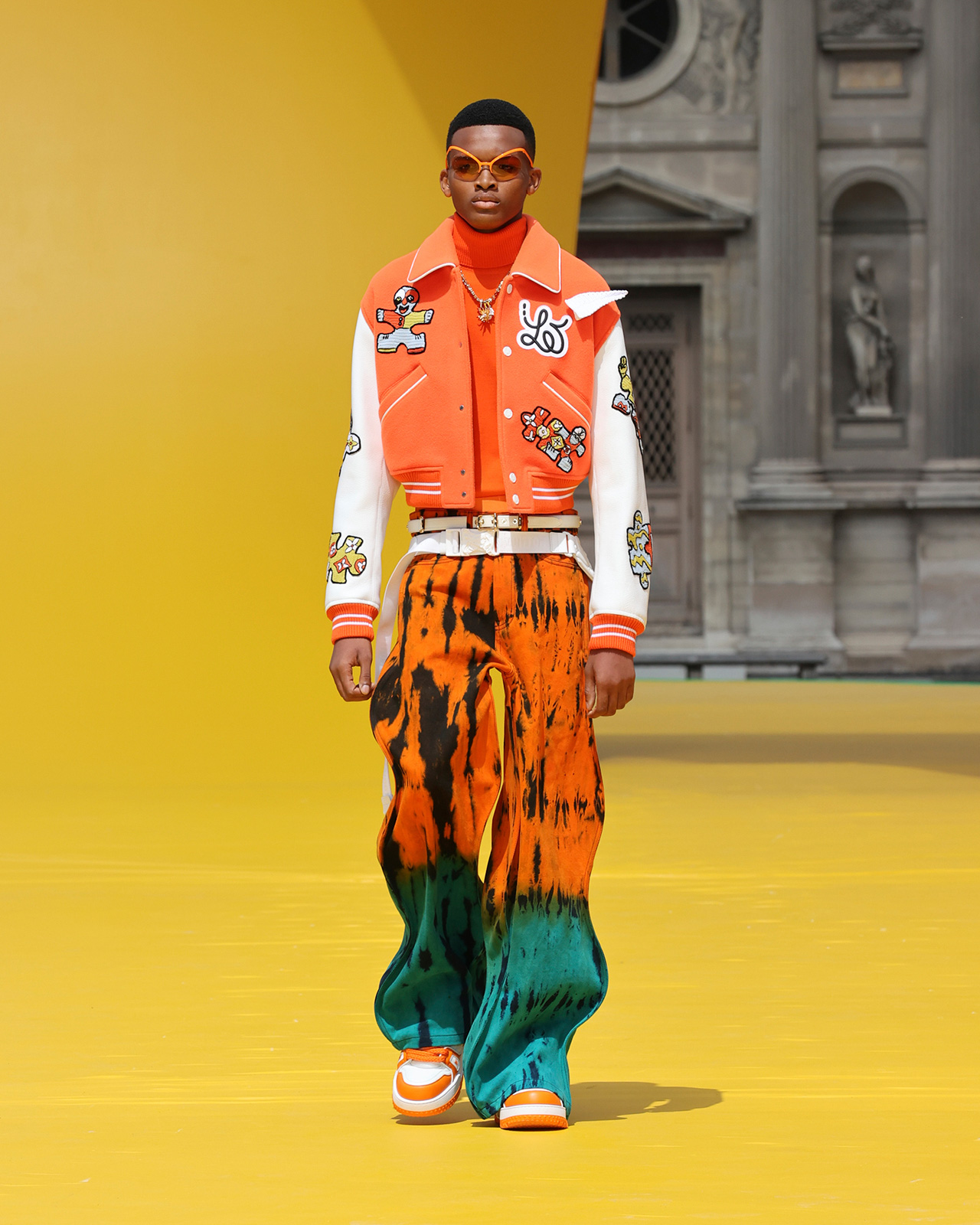 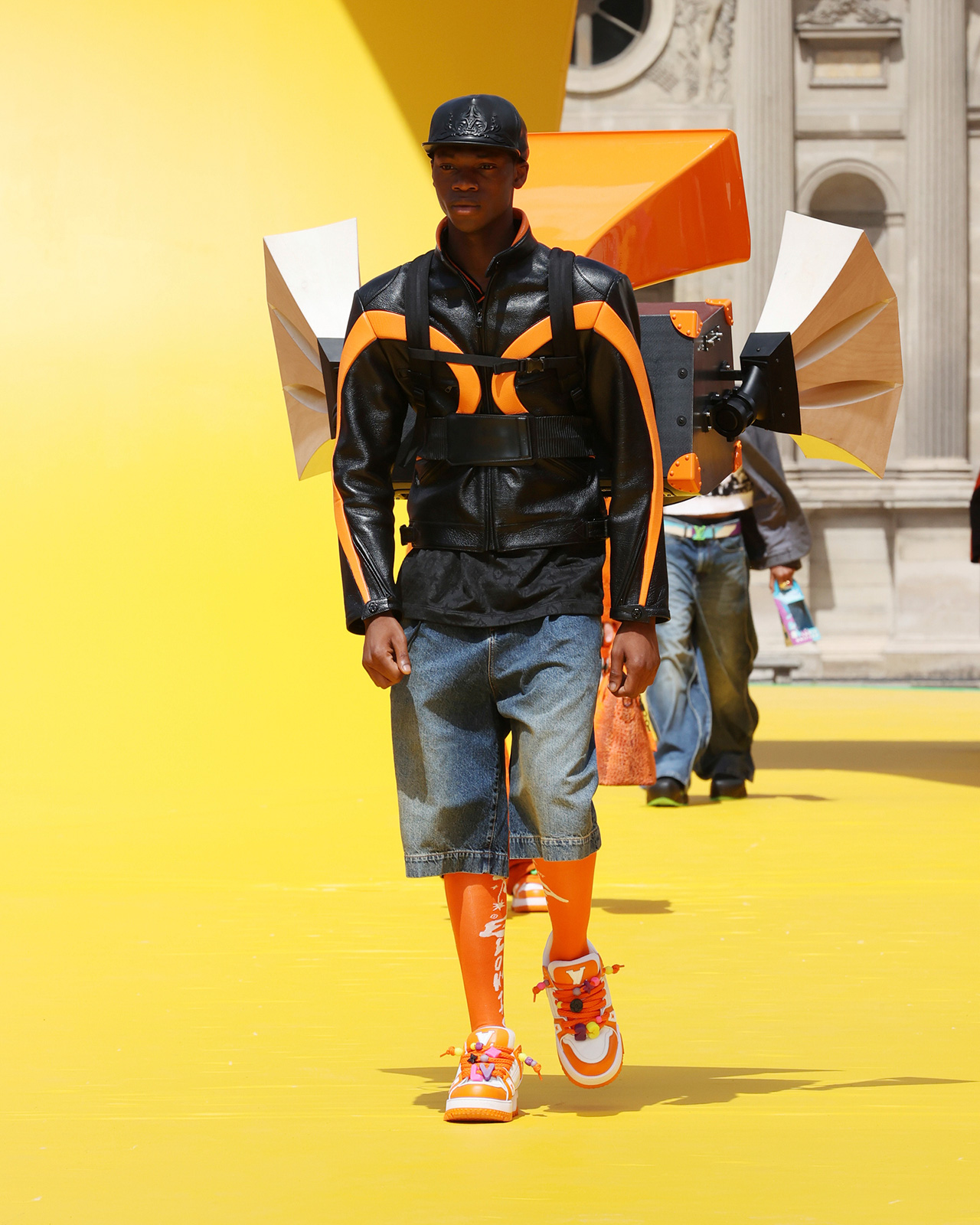 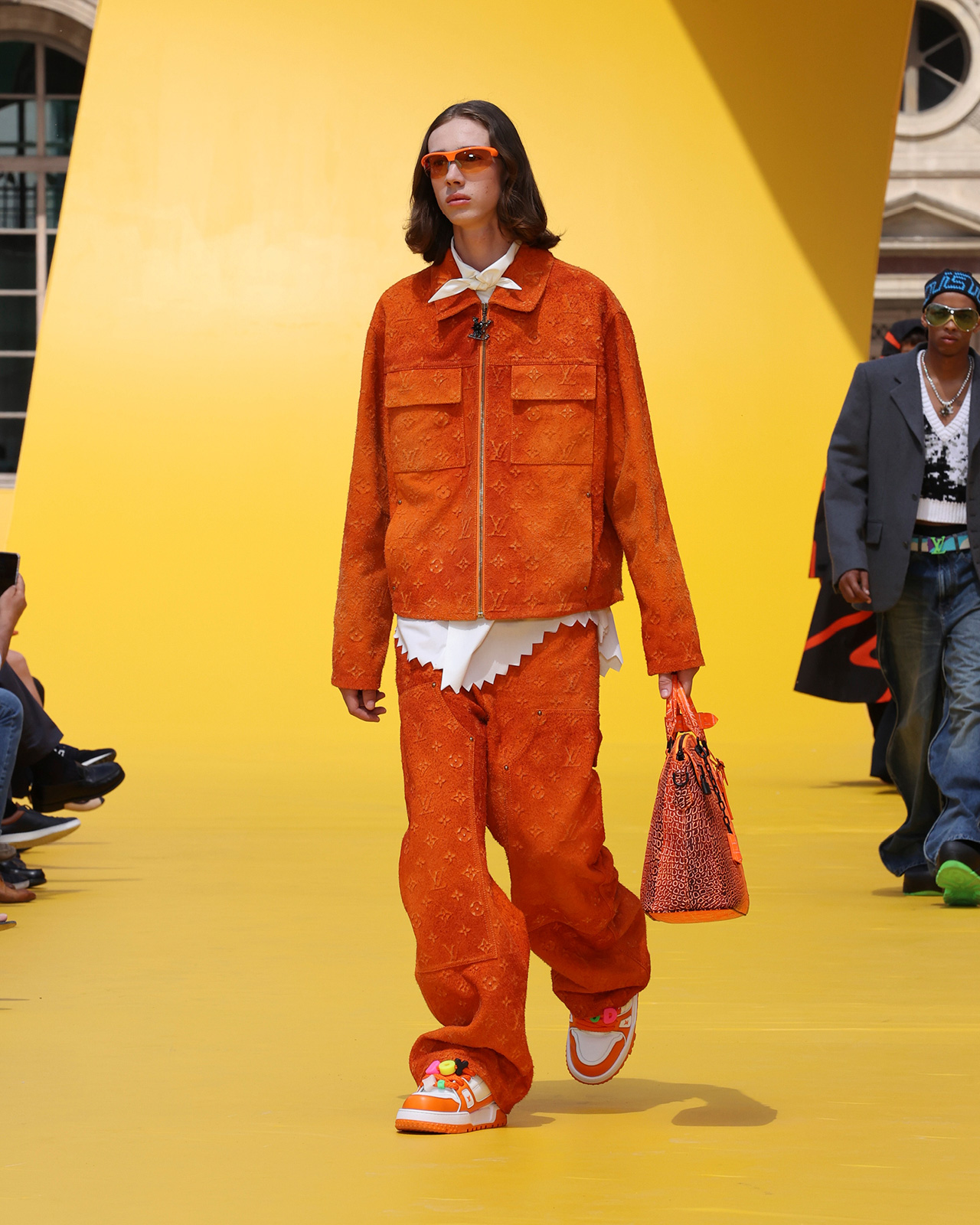