No season is an old season 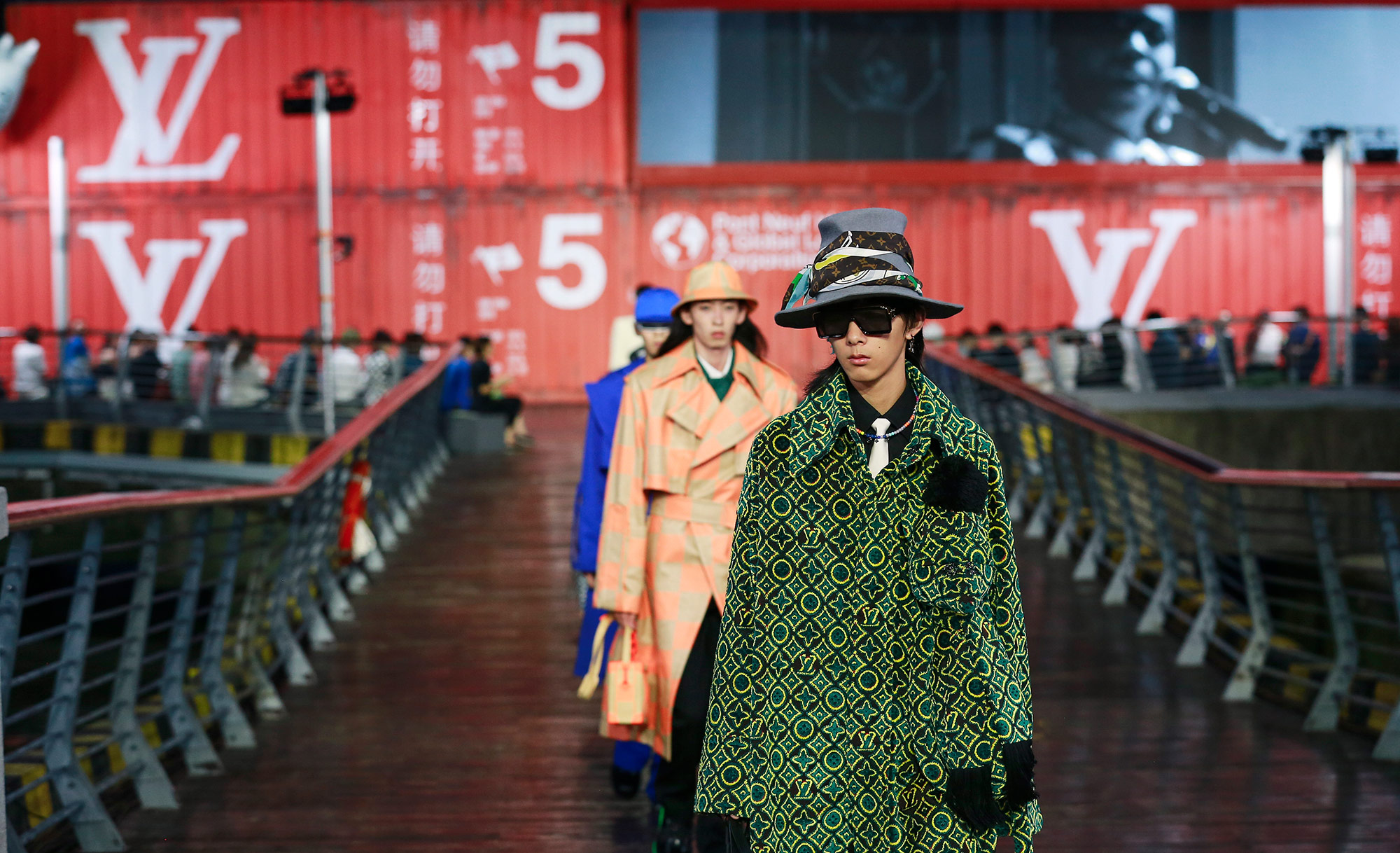 The mystery is over. After launching the Zooooom With Friends video during Digital Paris Fashion Week, Louis Vuitton has now presented the Men Spring/Summer 2021 collection under Virgil Abloh’s artistic direction. Docked in the port of Shanghai, the cartoon characters finally got out of the shipping containers and turned into over-the-top inflatable balloons. But the playful psychedelia of the storytelling went beyond these characters and was embedded in all the clothes of the collection.
In a nod to Sun Ra’s Afrofuturism, Rastafarism, Ghana’s flag, and 2 Tone music – the resurgence of ska in the UK in the 1970s and ‘80s –, the collection features a lot of vivid colour blocking (electric blue, hot pink, lime green, or acid yellow) as well as psychedelic prints ranging from distorted plaid to the LV monogram in multi-colour combinations. Abloh takes the concept of childhood playfulness further in the accessories –from the asymmetrical sunglasses to the stuffed animals clinging to shoulders and travel bags. As he explains in his manifesto, “I strive to employ fashion to reflect and affect ideals of inclusivity, unity and humanity. Through nuance, I believe in making my mark with poise, style and grace.”

But the apparently child-like bright colours and imagery of the show underpin a more adult, responsible goal. “For all intents and nuances, I have often spelled out the interceptive reality of myself as a Black man in a French luxury house,” Abloh states in his manifesto. “I am well aware of my responsibilities. Rather than preaching about it, I hope to lead by example and unlock the door for future generations.” As he continues to explore the theme of boyhood, he hopes to inspire young POC who, like him, have been told time after time that their dreams were too big for a society that undermines their value. “On runways and in campaigns, I realise my themes in my own image: young men of colour who, in the future, might be able to mirror themselves in the historical reflection of luxury as much as any white boy down the street.”

With this collection, Virgil Abloh is also putting upcycling at the forefront of his creativity. Many of the clothes we saw on the runway were made out of recycled material from overstock. He extends this idea of upcycling to the world of ideas – which he defines as “the very foundation of fashion” –, and admits that they “are no longer disposable, but part of an eternal cycle of inspiration,” resulting in the fact that “no season is an old season.” Thus, he presents the continuations or evolutions of previous designs, which will become staples of the House. And as a nod to the lockdown period, he presents Homework, a capsule collection within the collection created by the menswear team during their time spent in domestic confinement.

Louis Vuitton’s voyage doesn’t stop in Shanghai though. After the runway show in China, the playful, colourful stowaways that Black animation director Reggie Know created for the Zooooom With Friends video embark on a new adventure. Next stop? Tokyo. So stayed tuned because, on September 2nd, we’ll see more of Virgil Abloh and his vision for the French Maison. 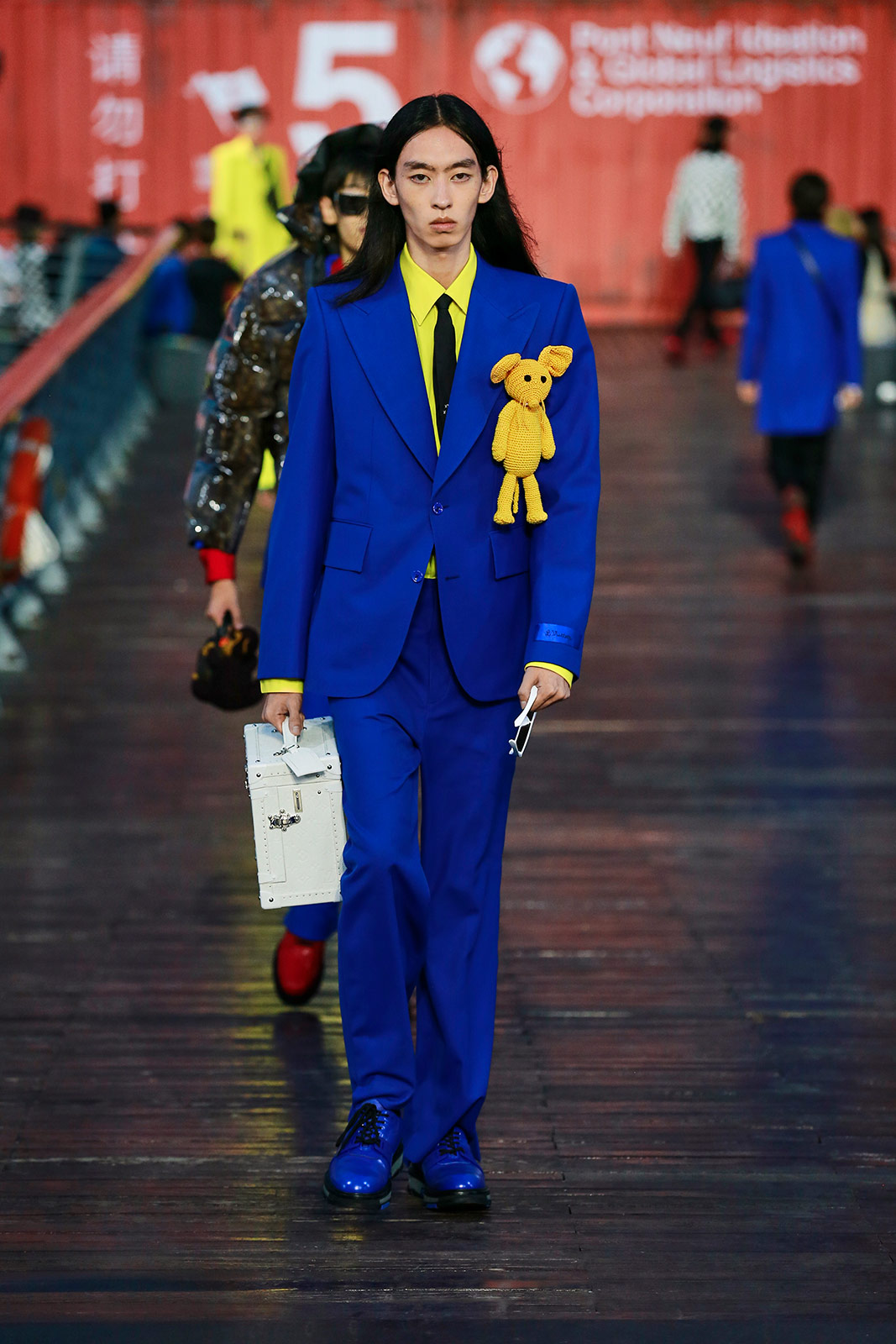 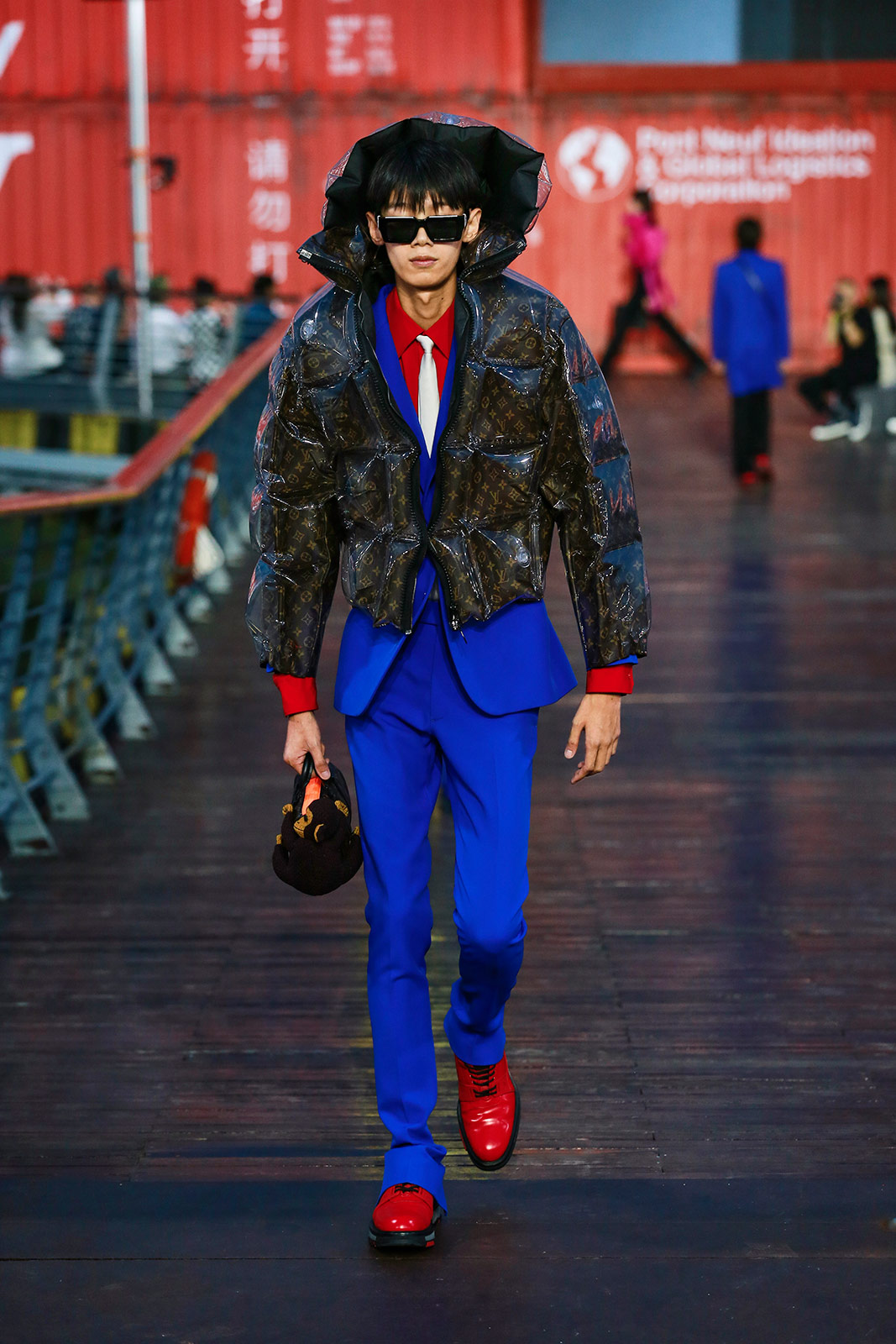 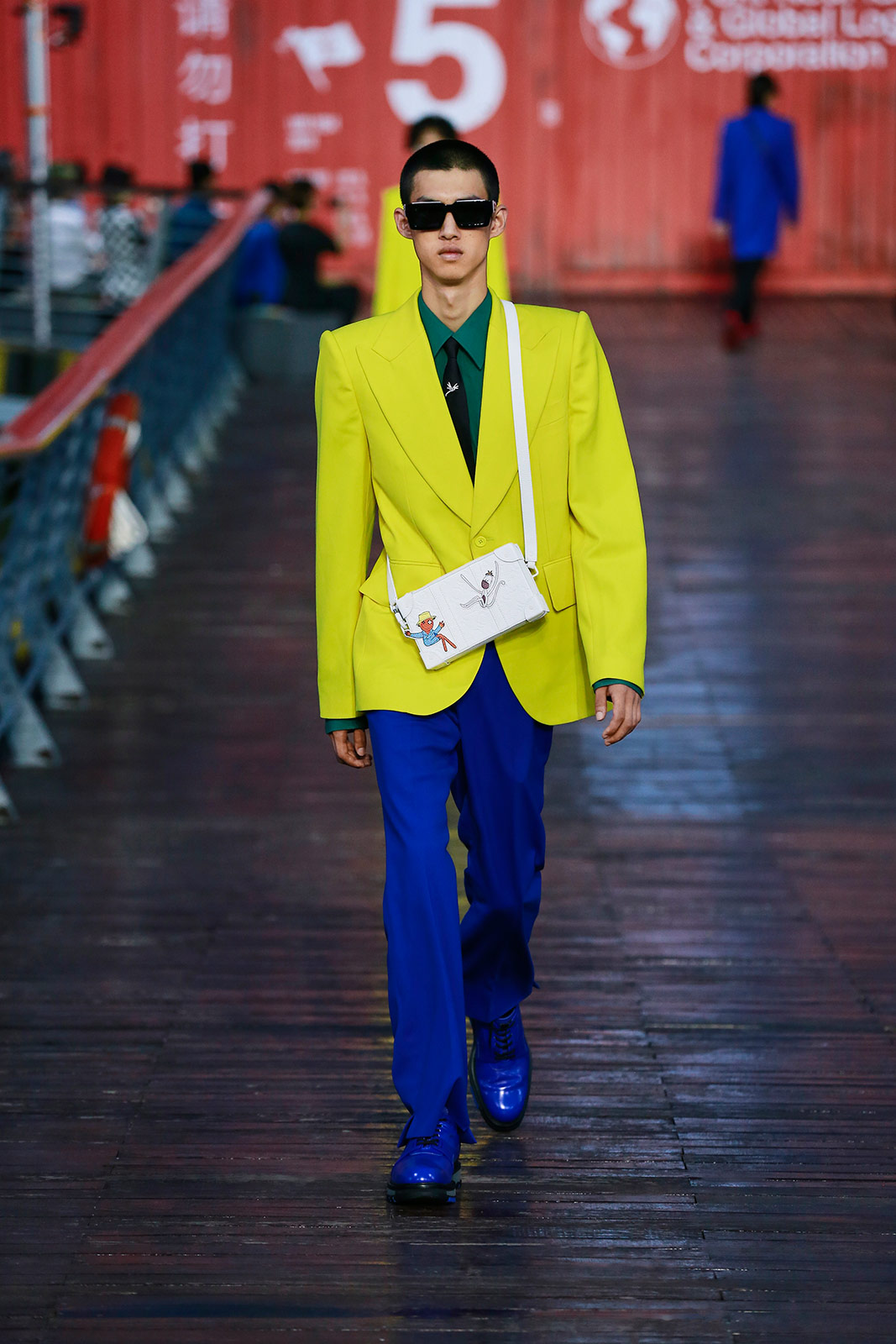 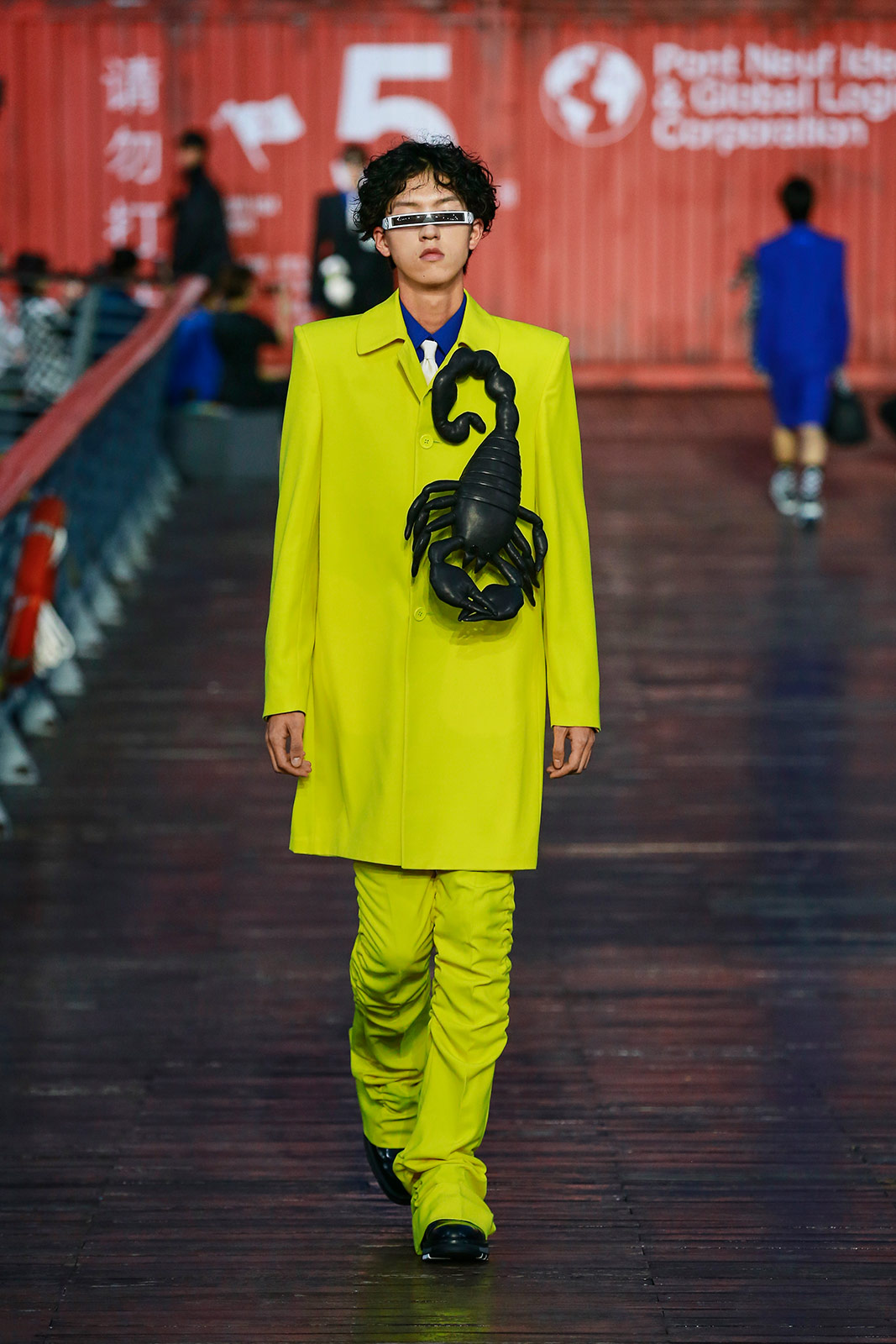 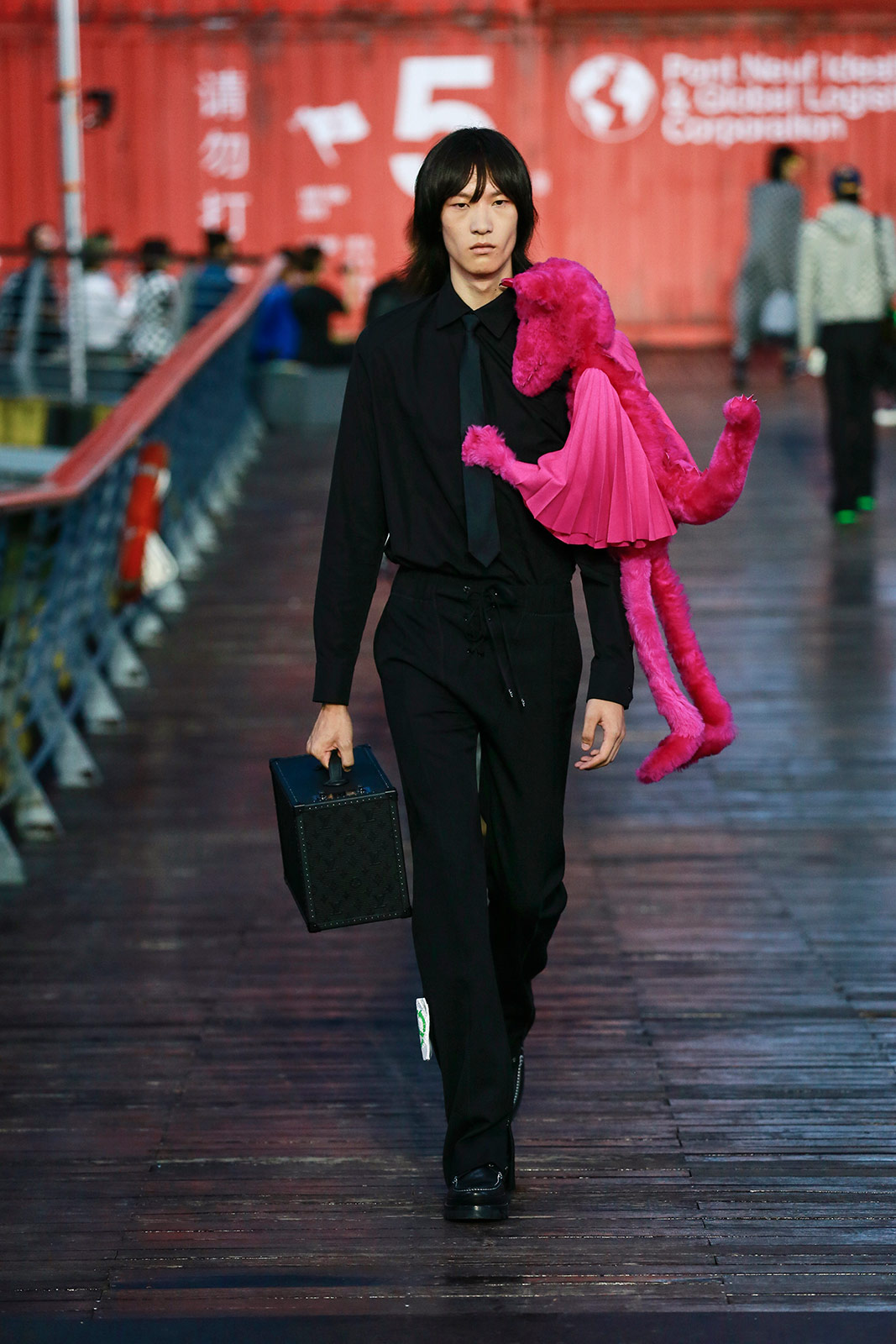 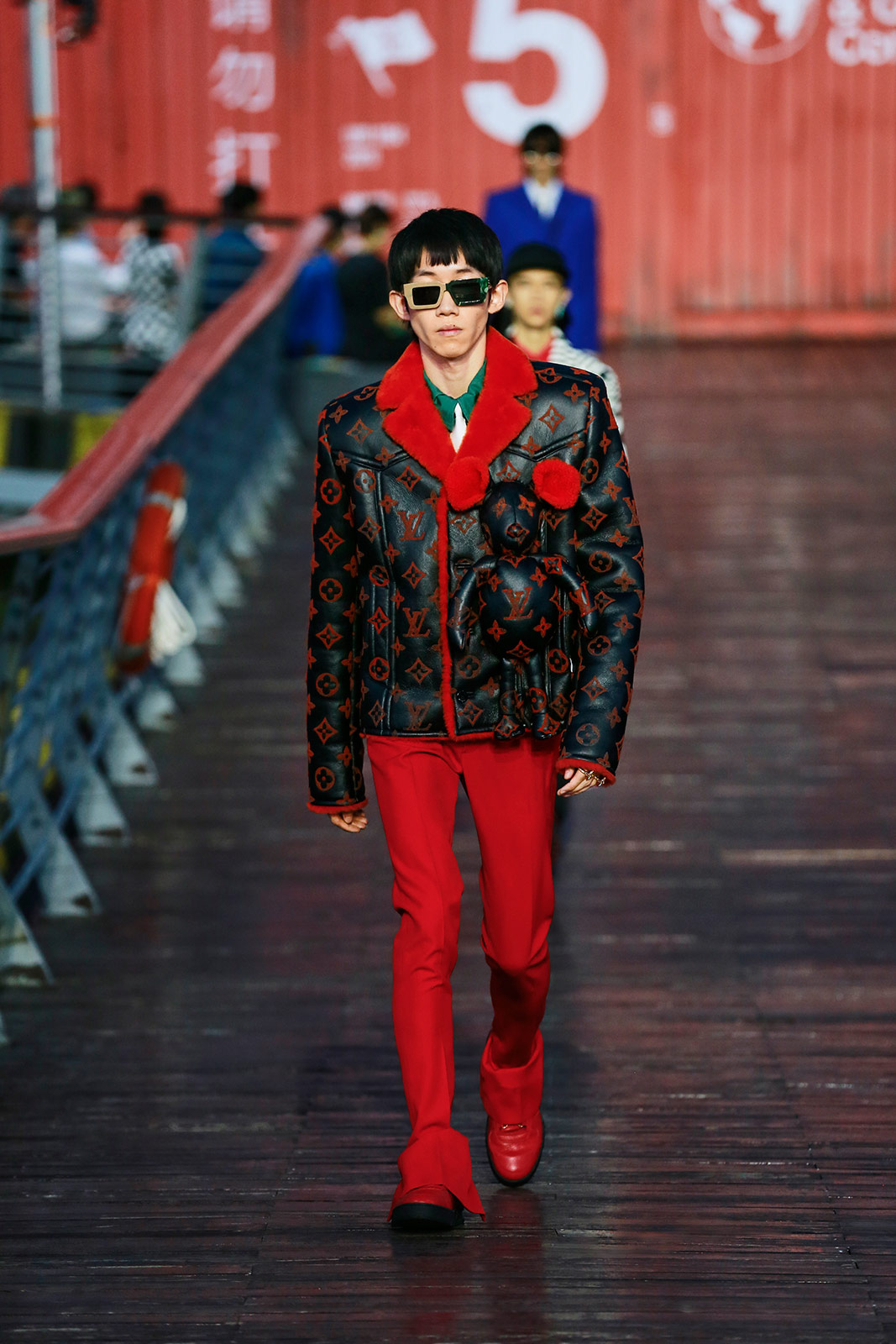 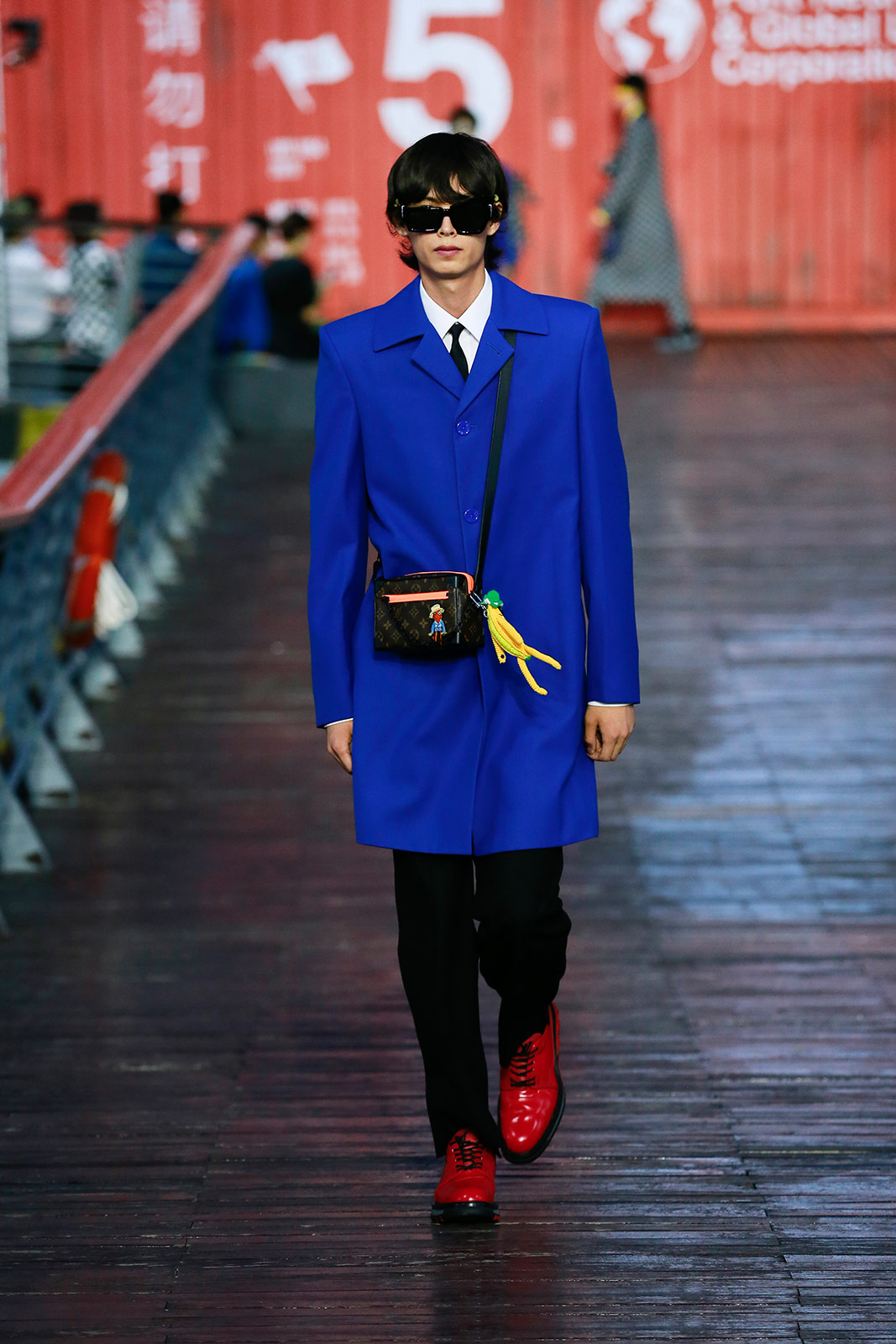 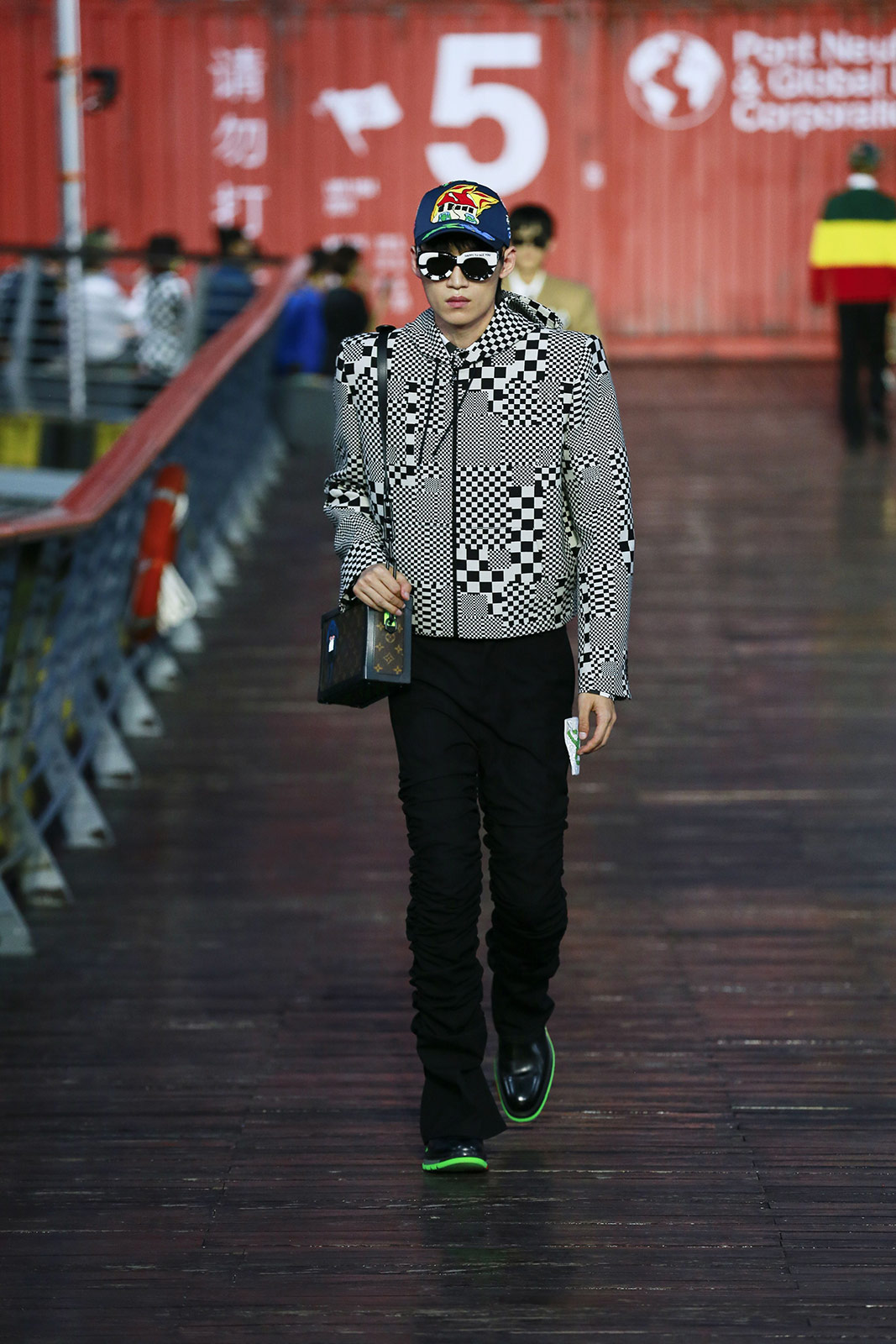 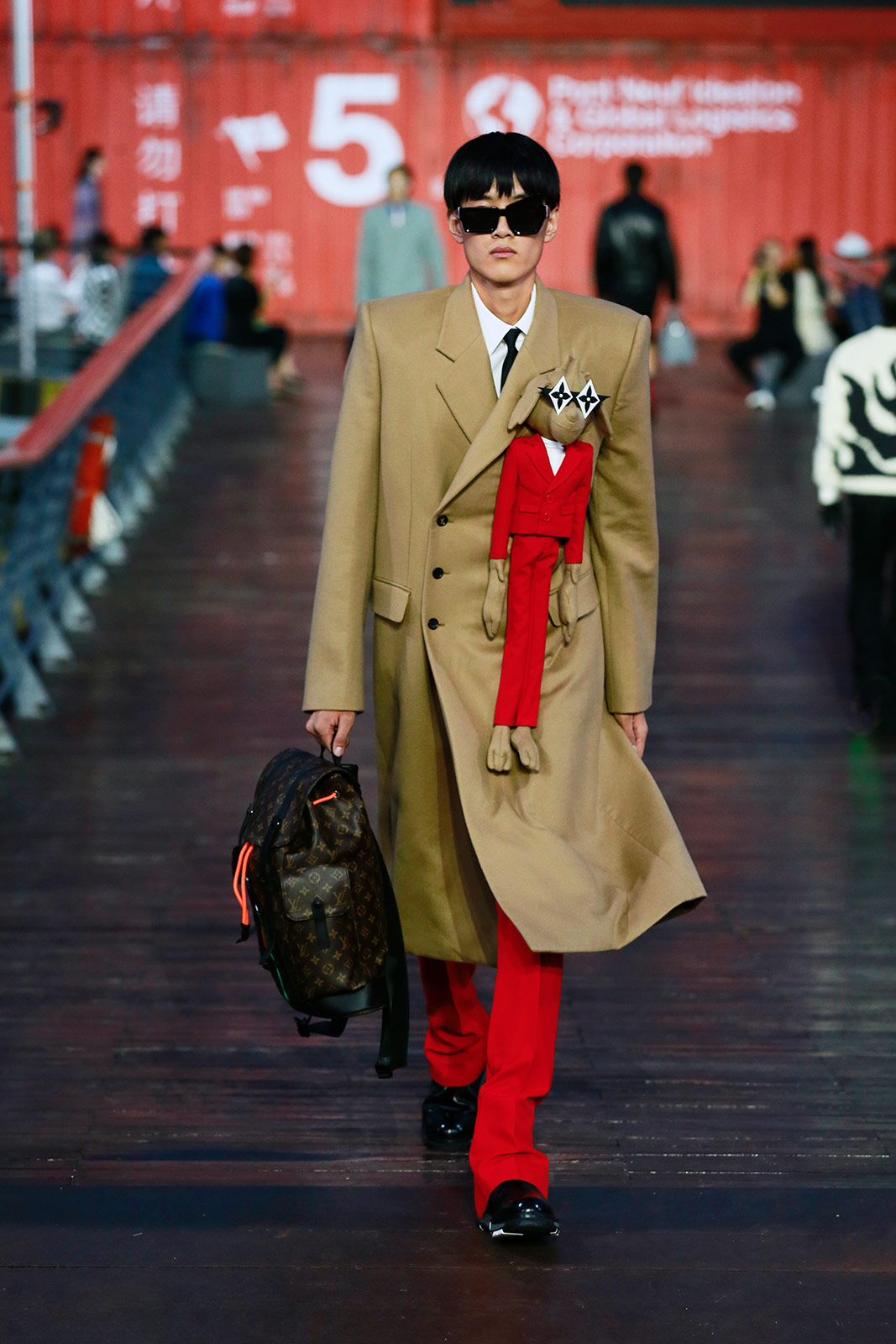 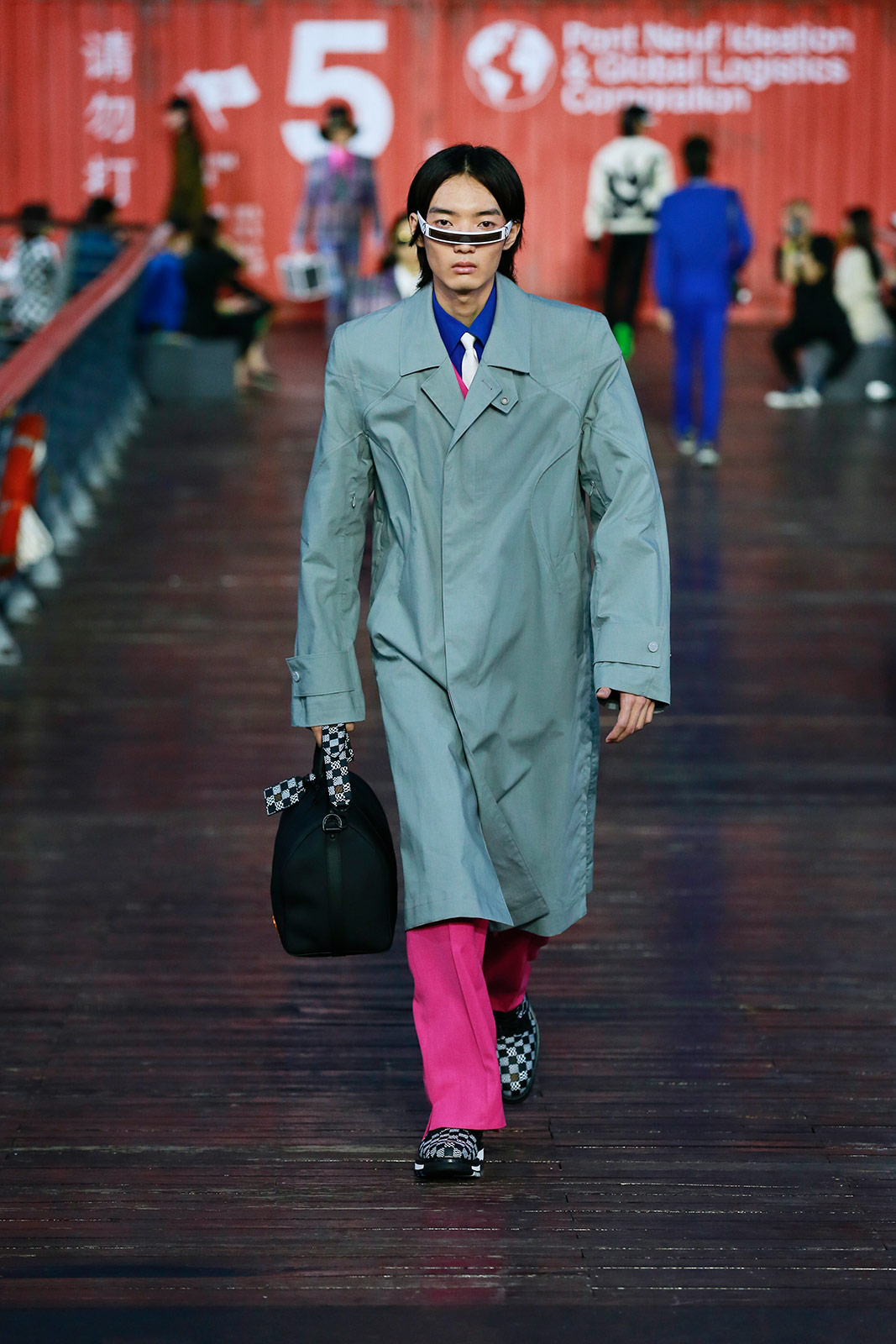 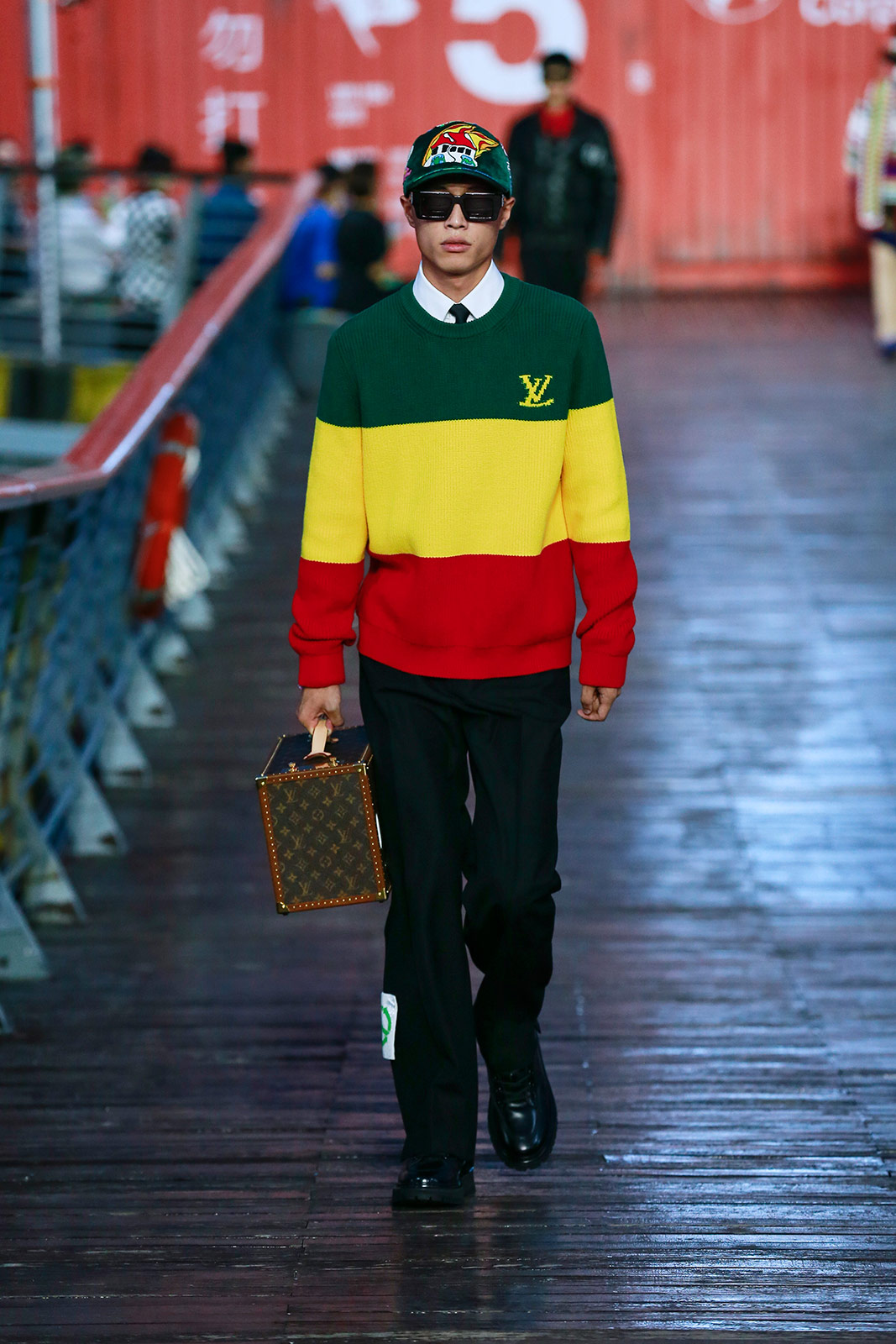 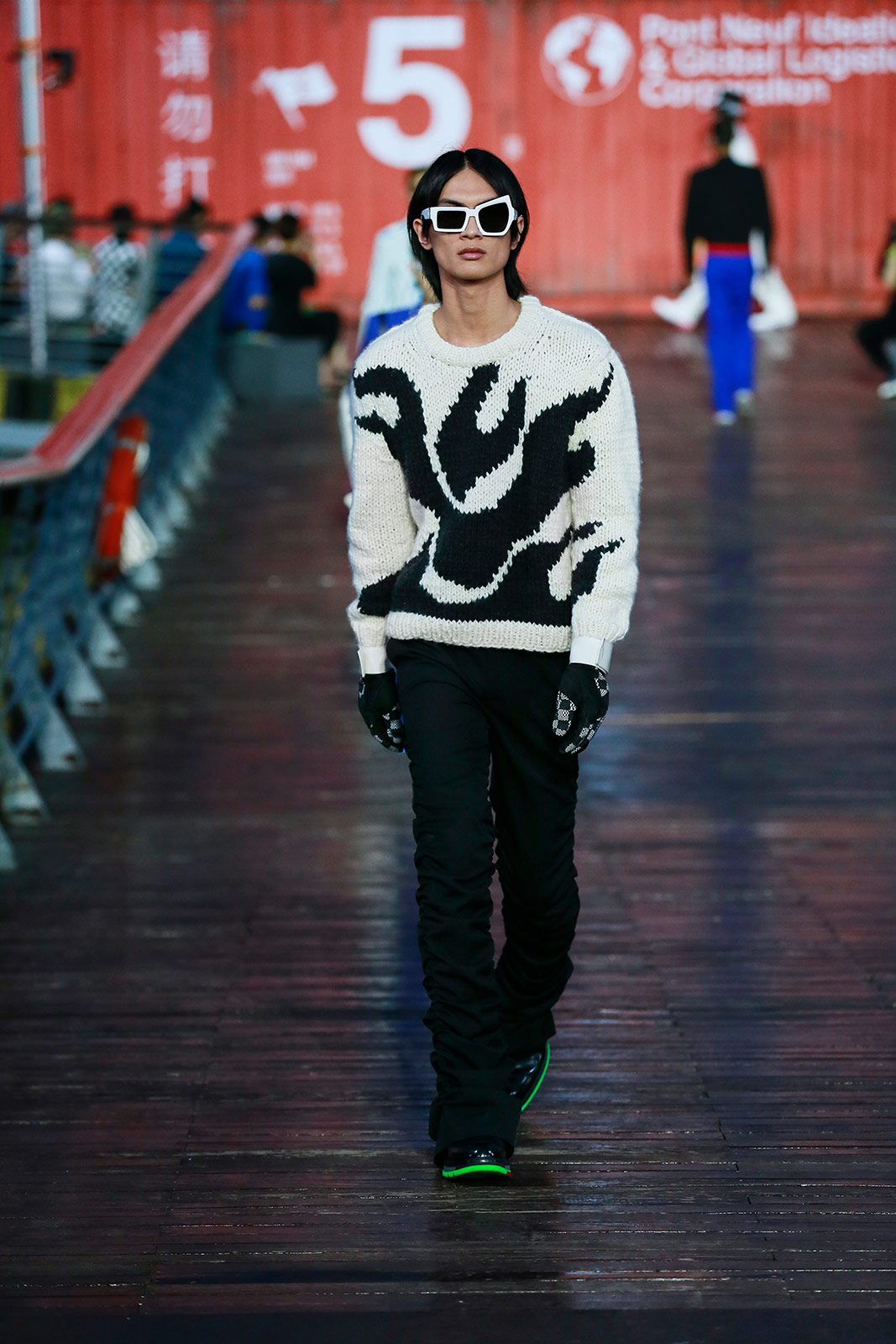 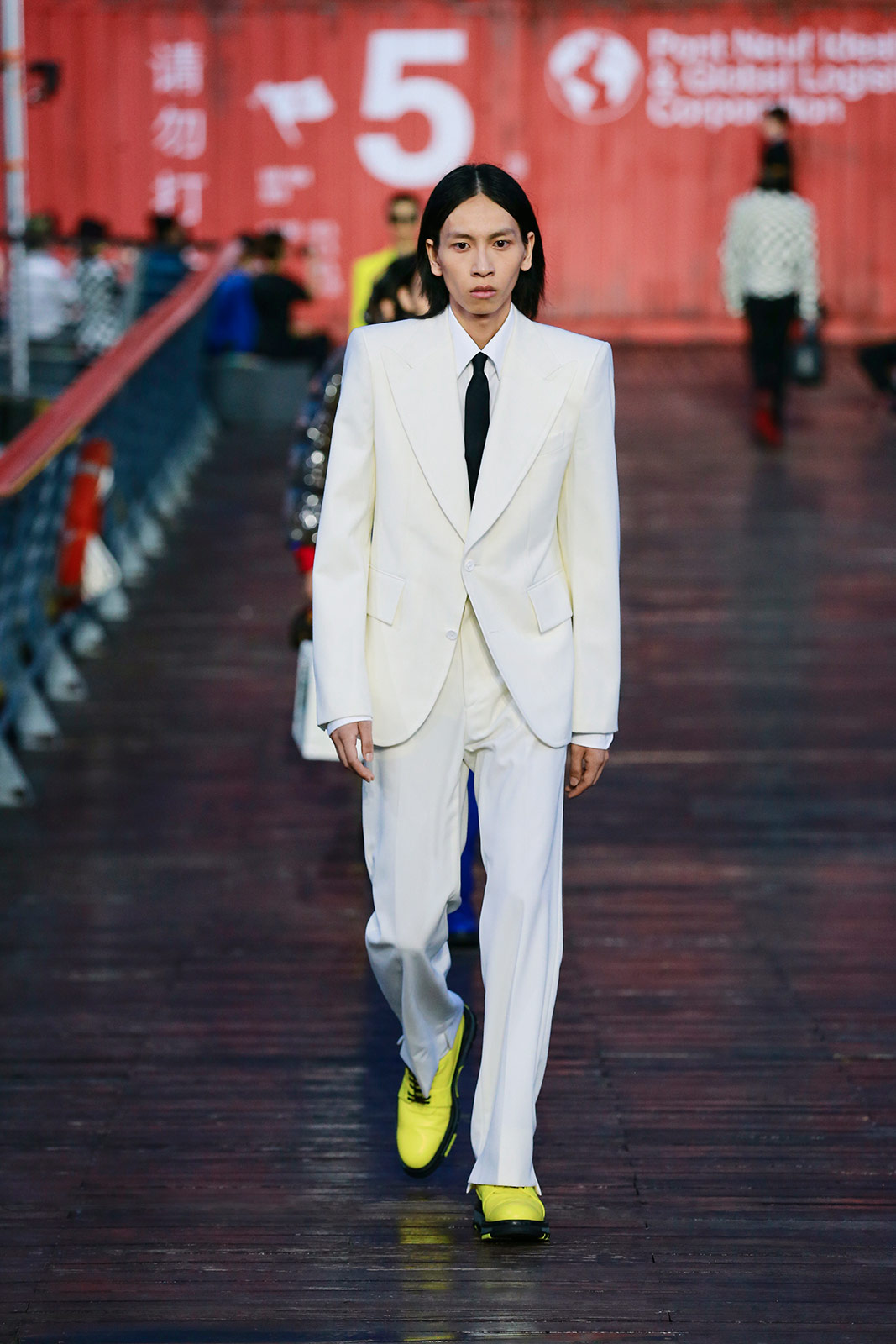 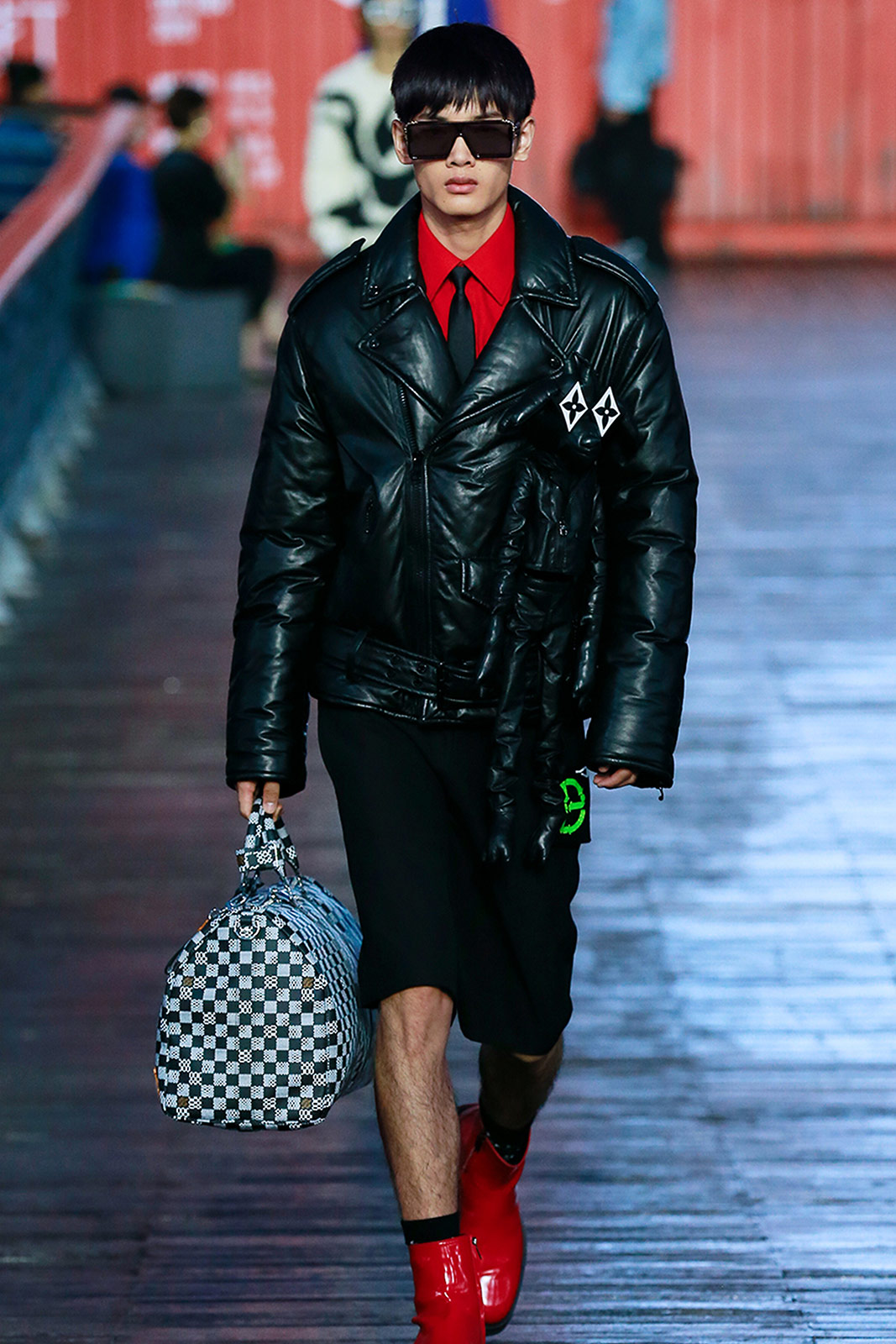 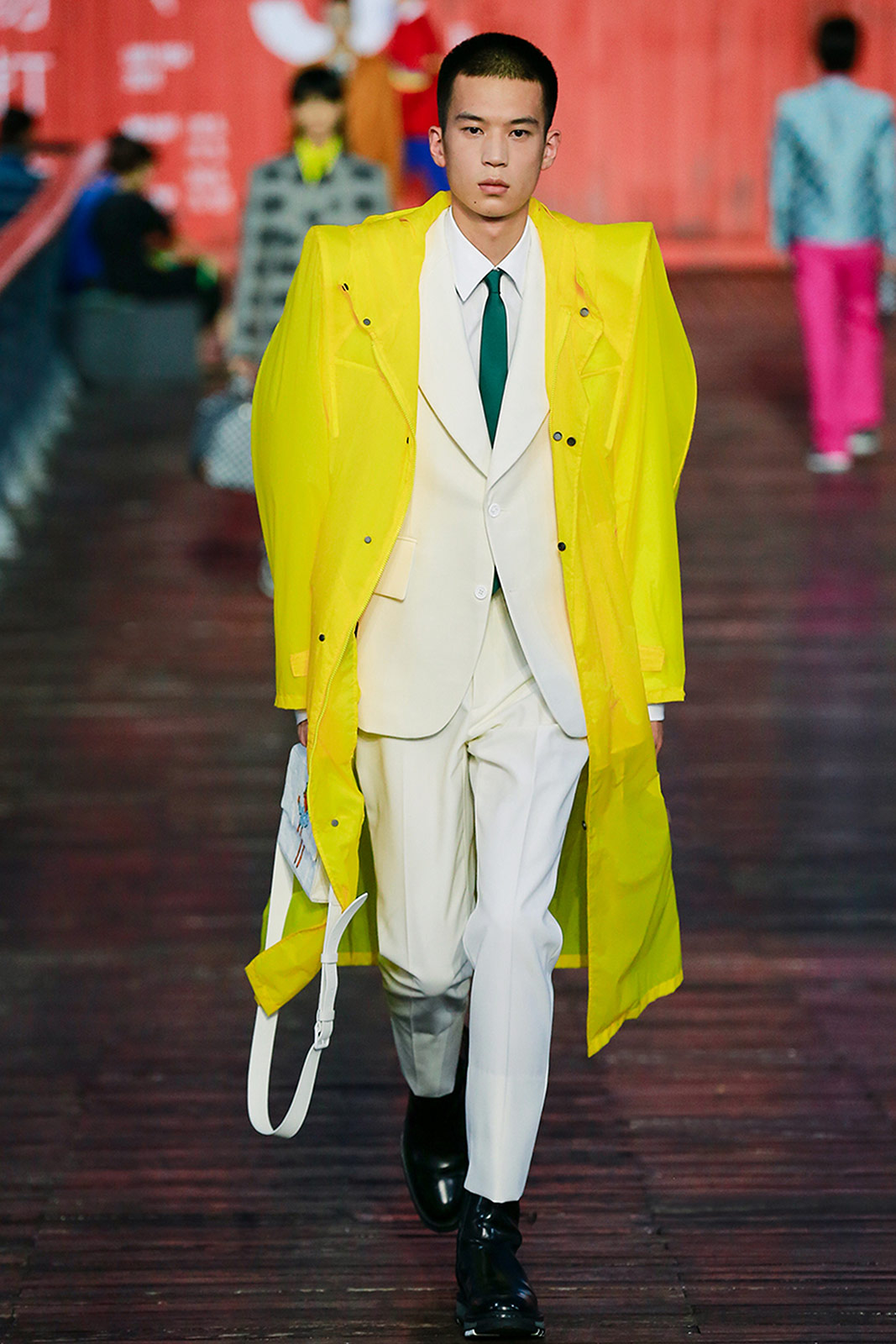 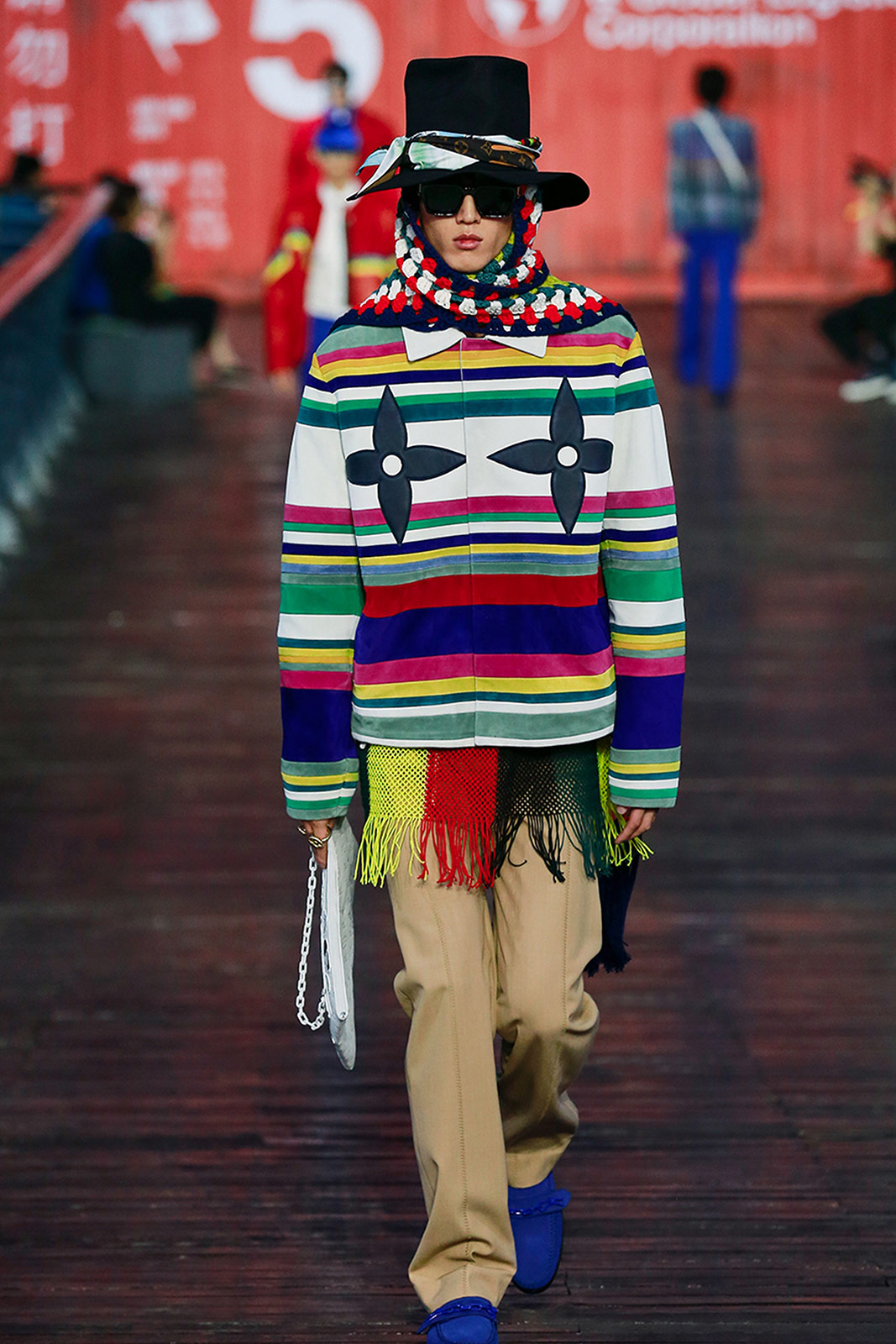 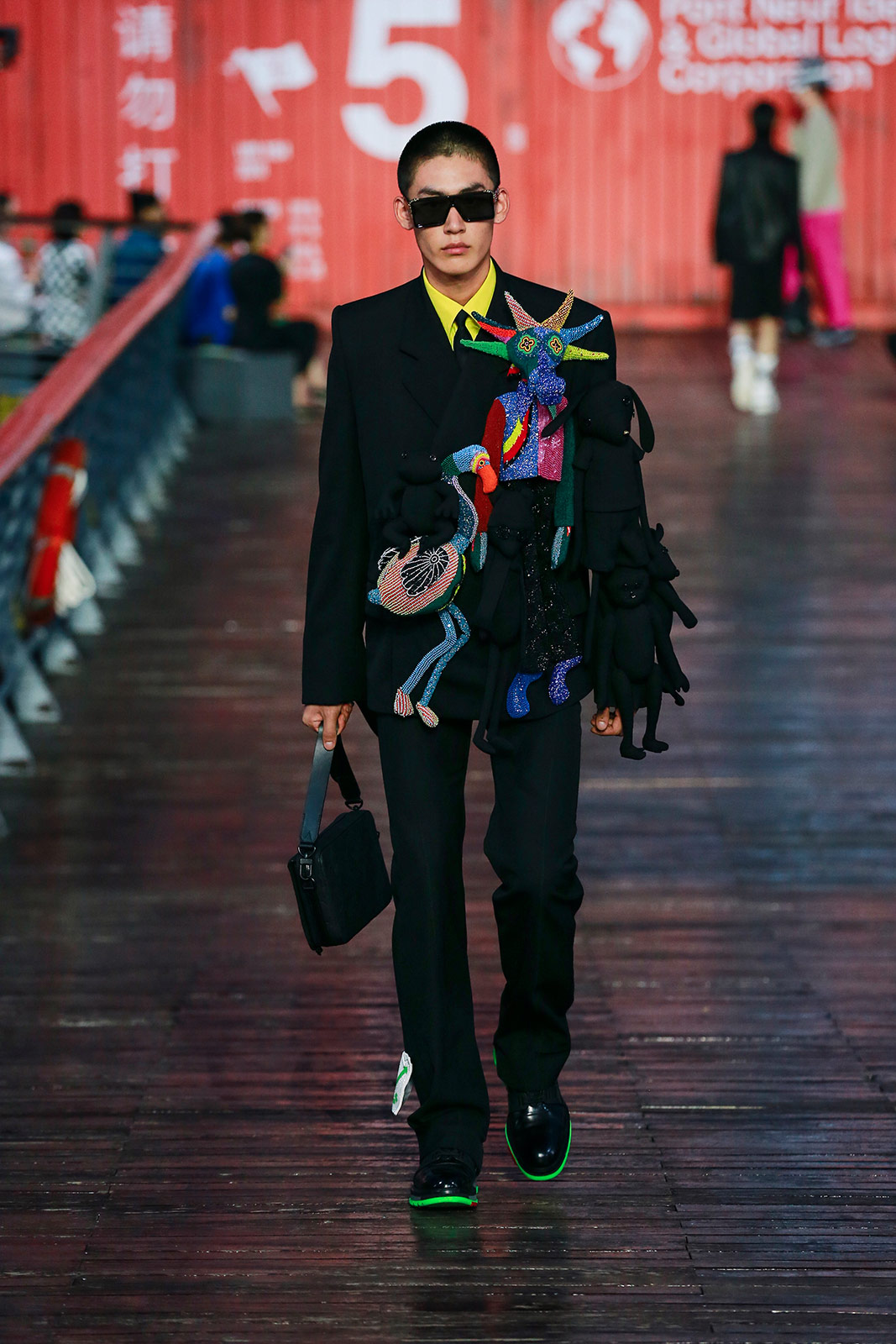 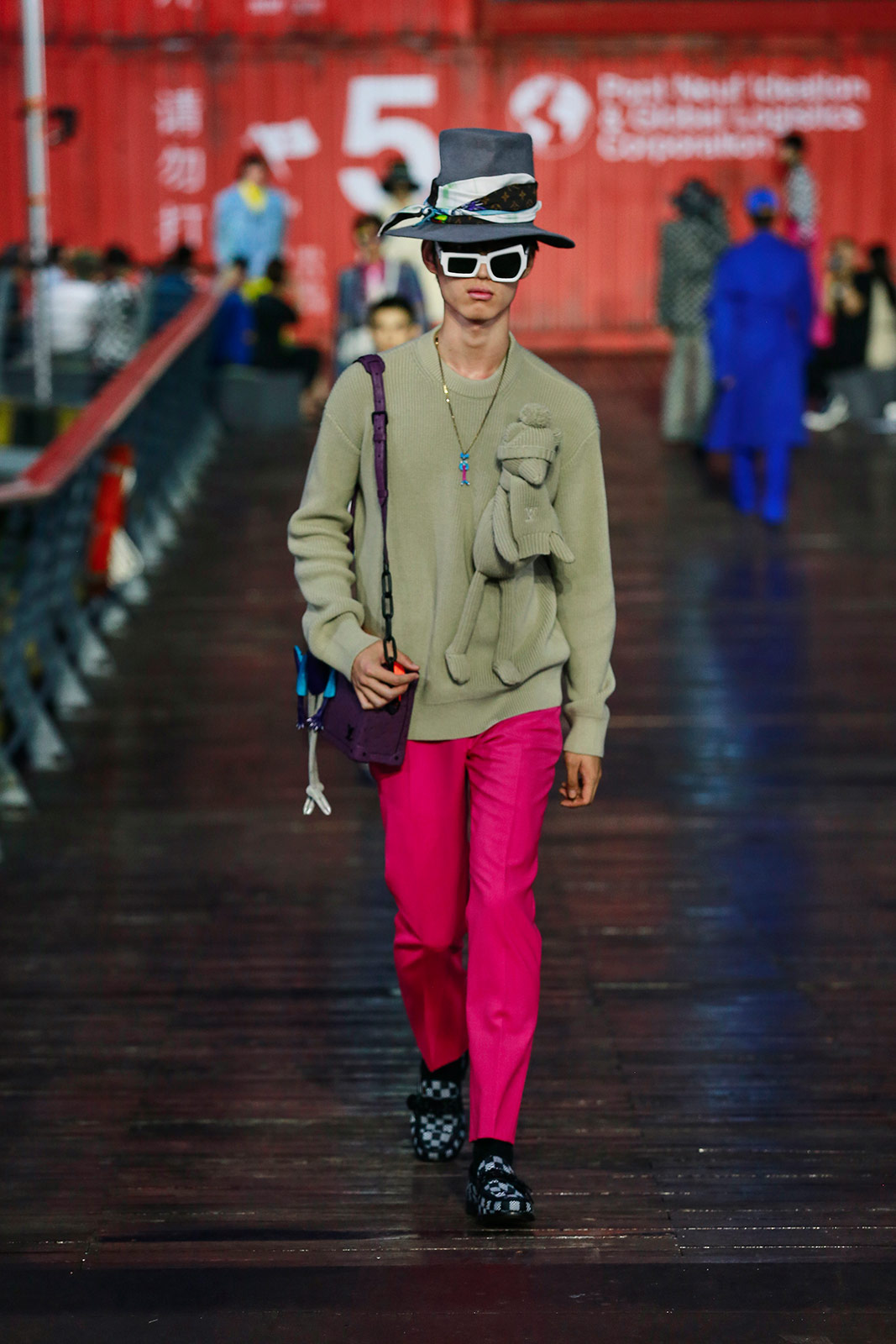 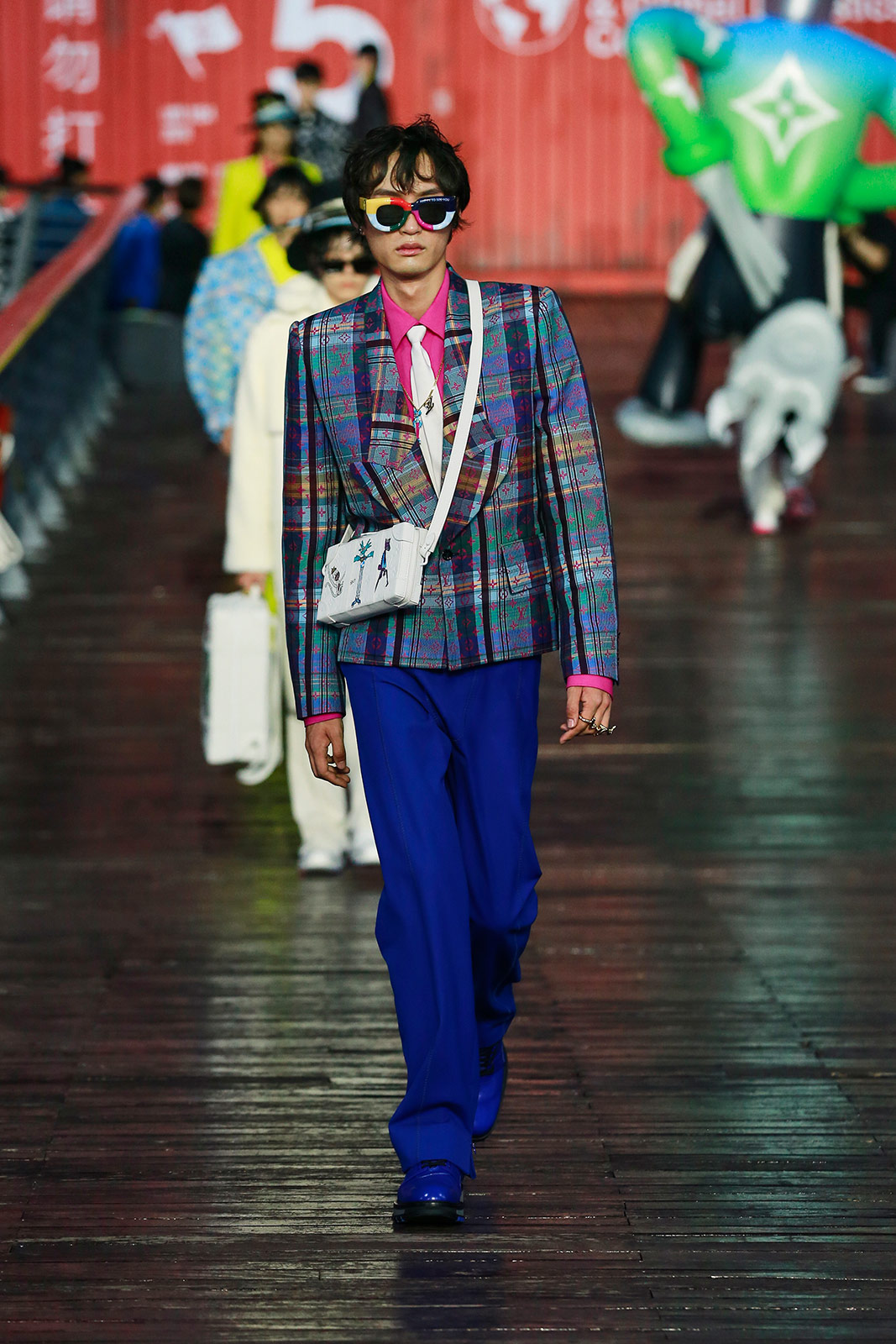 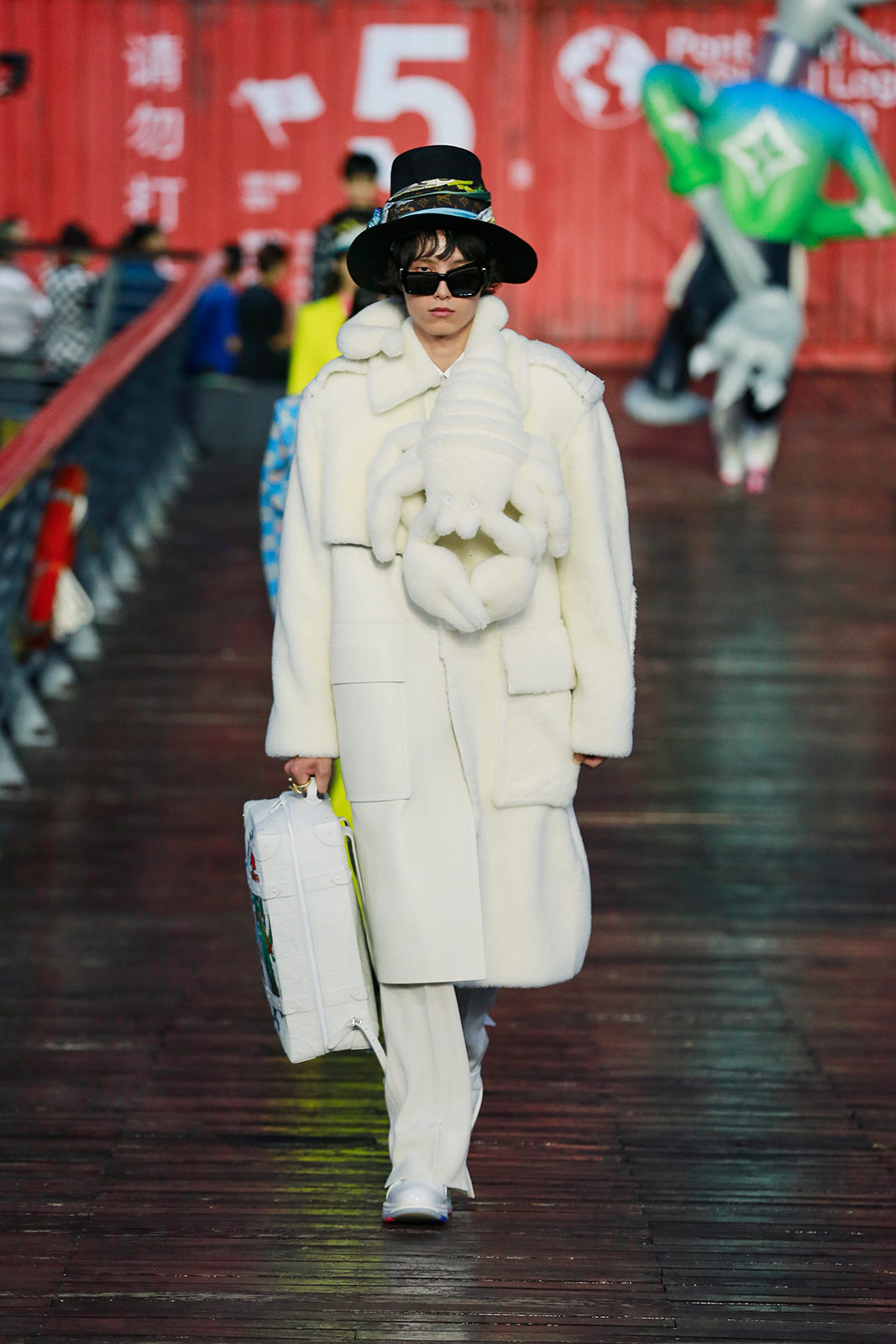 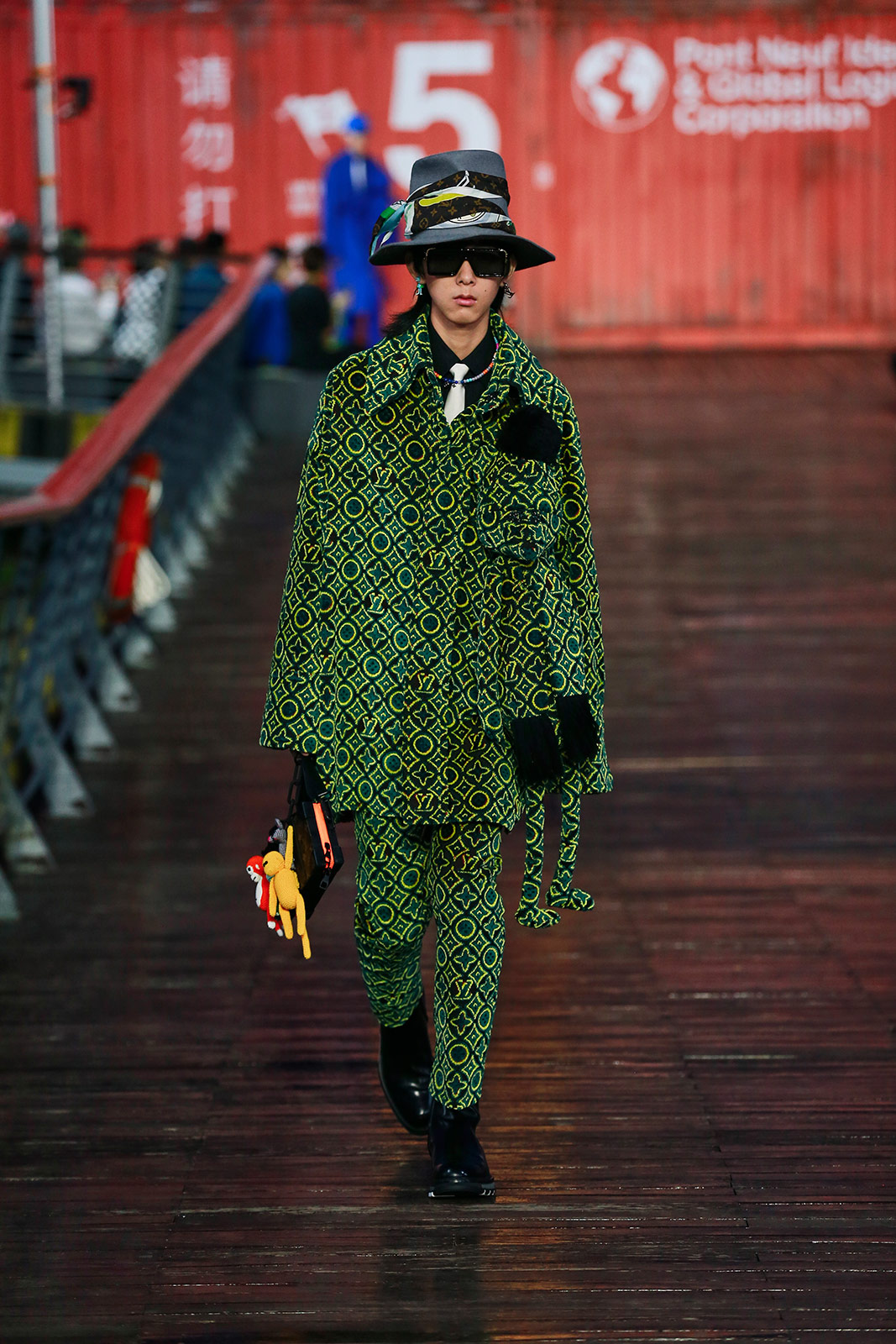 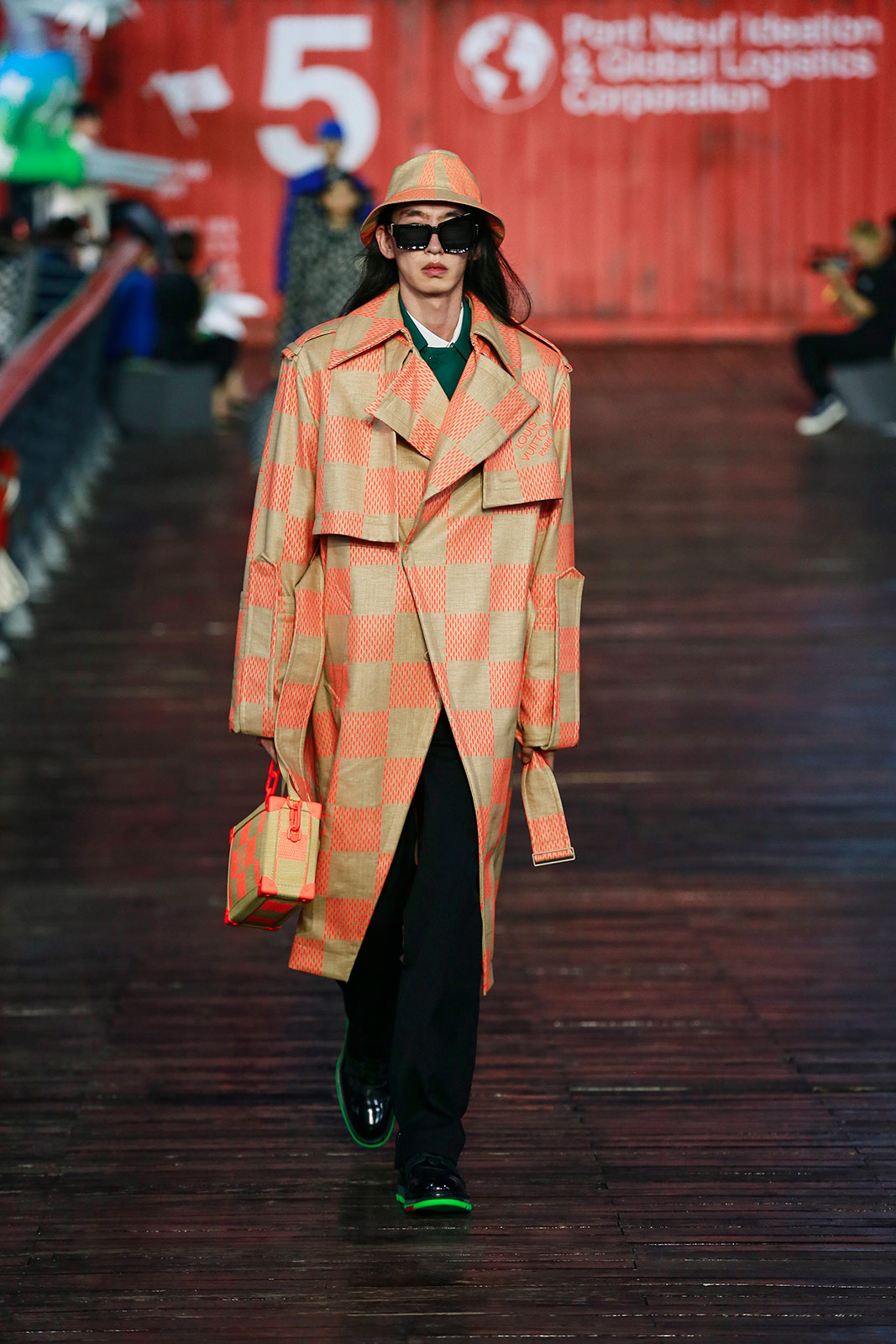 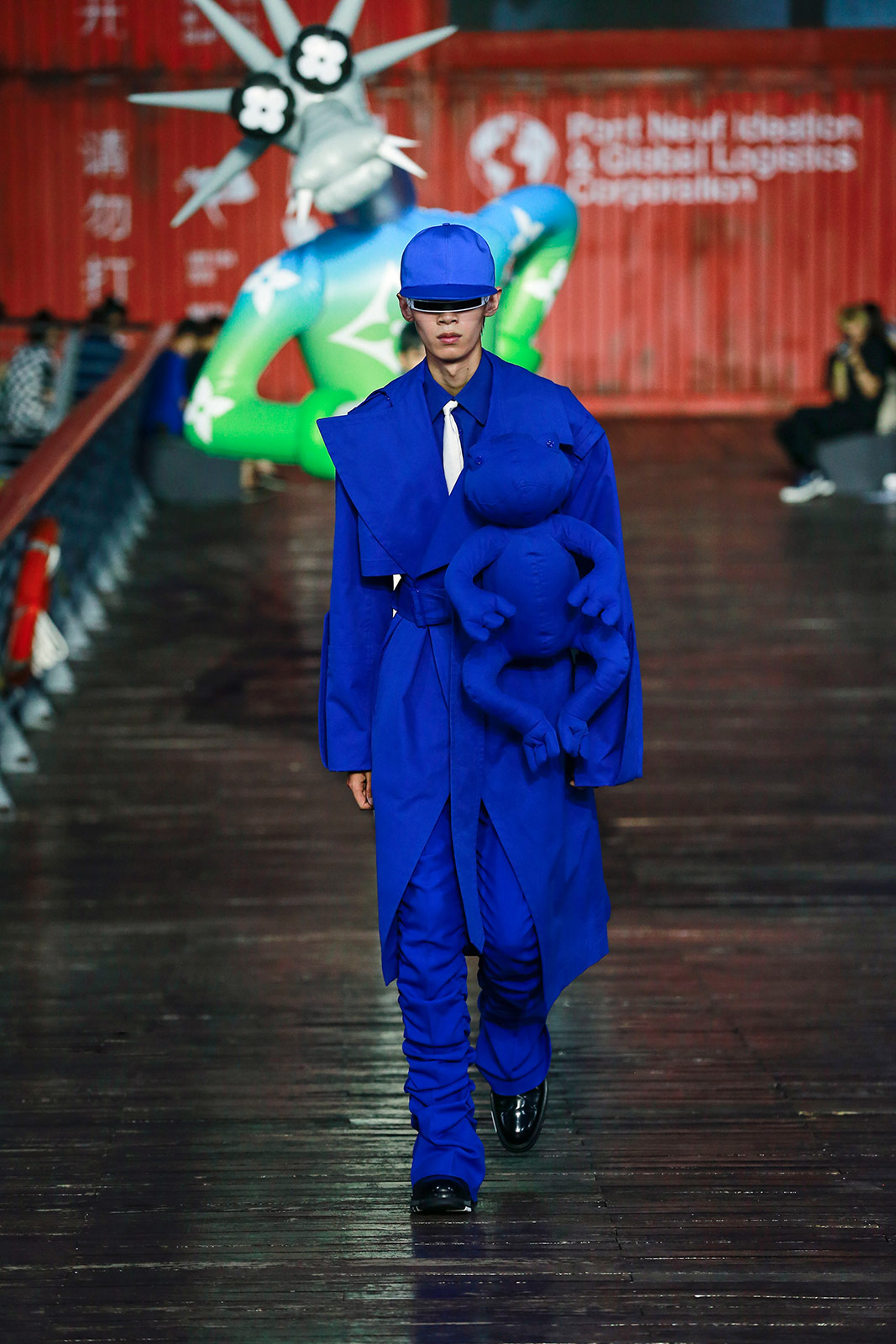 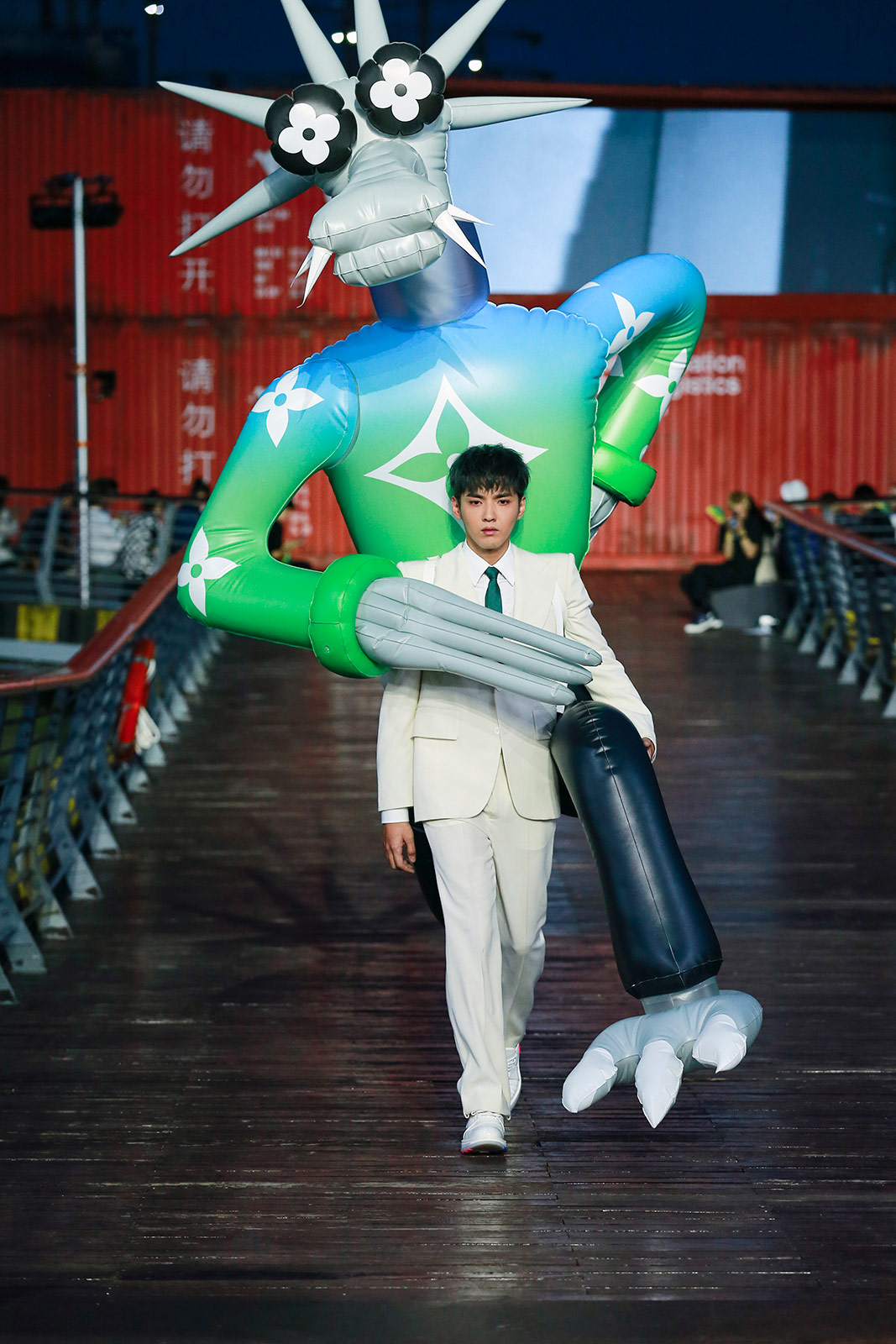