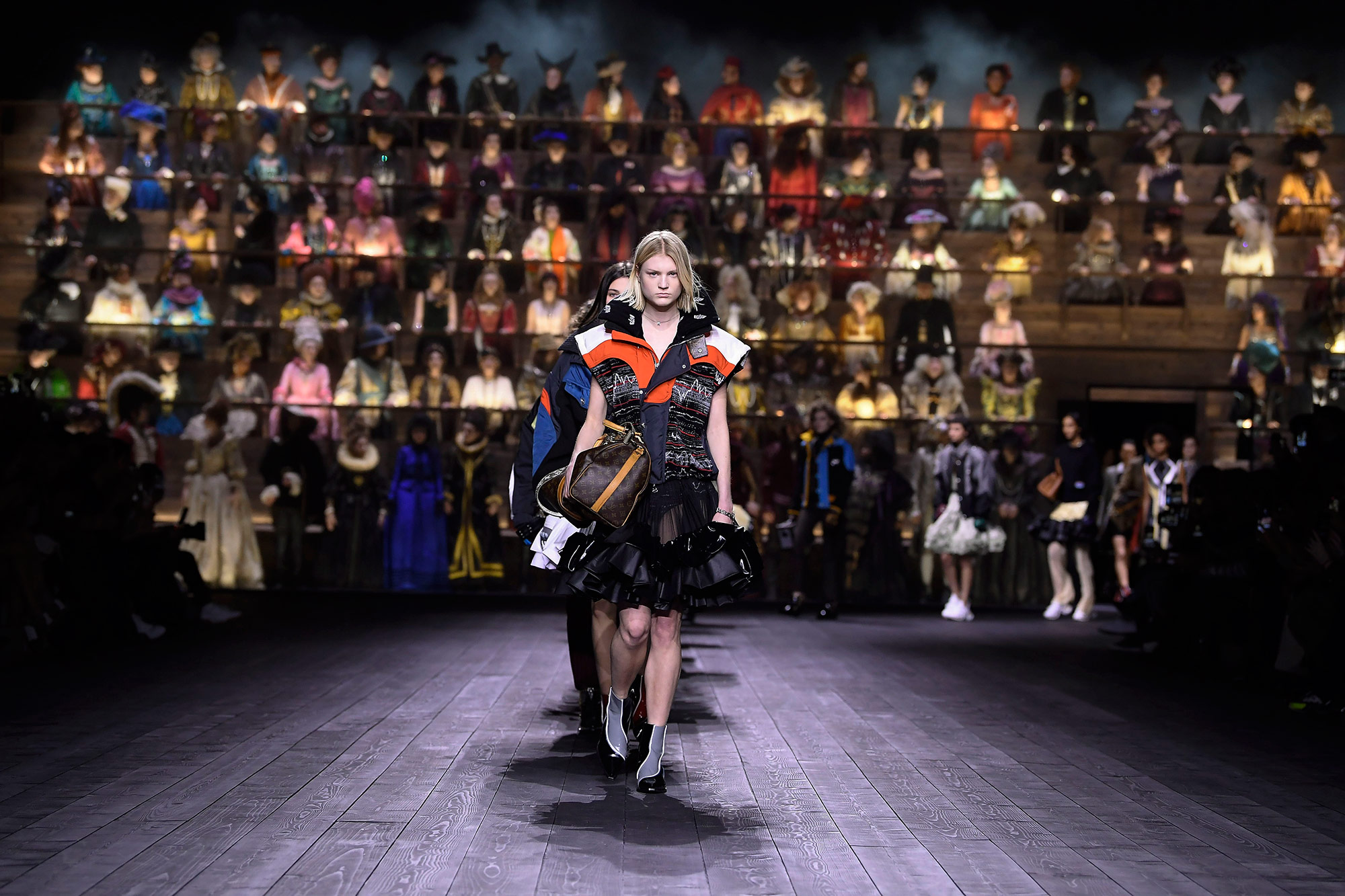 Louis Vuitton’s impressive show closed this season’s fashion week. And it did so with a bang. Well, not a bang exactly, but something much more refined: two hundred choral singers as the monumental backdrop, dressed by Milena Canonero – a costume designer who collaborated with Stanley Kubrick on Barry Lindon and A Clockwork Orange, among others –, singing to a piece composed by Woodkid and Bryce Dessner inspired by Nicolas de Grigny, a contemporary of Bach who never found fame. Why? Because Nicholas Ghesquière, the house’s Creative Director, wanted to “to imagine what could happen if the past could look at us”, he declared.
The show’s inspiration was a collision of time, asking the question, ‘What if all the innumerable eras that nourish fashion could come together in the here and now?’ By mixing influences, styles and details ranging from 17th-century Baroque to the 1950s, Ghesquière has made us time-travel through various centuries. But how can such a diverse compilation of elements make sense? In hands of Ghesquière, it does. And also, because he’s co-hosting this year’s Met Gala – and Louis Vuitton is sponsoring the Costume Institute exhibition, titled About Time: Fashion and Duration, inspired by Virginia Woolf’s Orlando, where the character actually travels in time; if you’ve watched Sally Potter’s movie, you’ll easily remember the scene on the maze where Tilda Swinton time-travels.

With the motto “anachronism becomes an attitude”, as the show note reads, everyone can pen their own history. For Fall/Winter 2020, this history comes in various forms, silhouettes, and colours, ranging from voluminous, layered short skirts to very technical parkas, to bomber jackets and pencil dresses. Strutting down the runway, we’ve seen embellished boleros clearly inspired by toreros; tops, jackets, pants, dresses and skirts inspired by race car driving and motocross – and for those anime fans, by series like Evangelion too; and jackets, suits, blazers and jersey jumpers inspired by comfort and sport. But despite all of these, the collection looked coherent and cohesive, united by a common thread – be it the chronological passage of time, be it Ghesquière’s very personal vision. 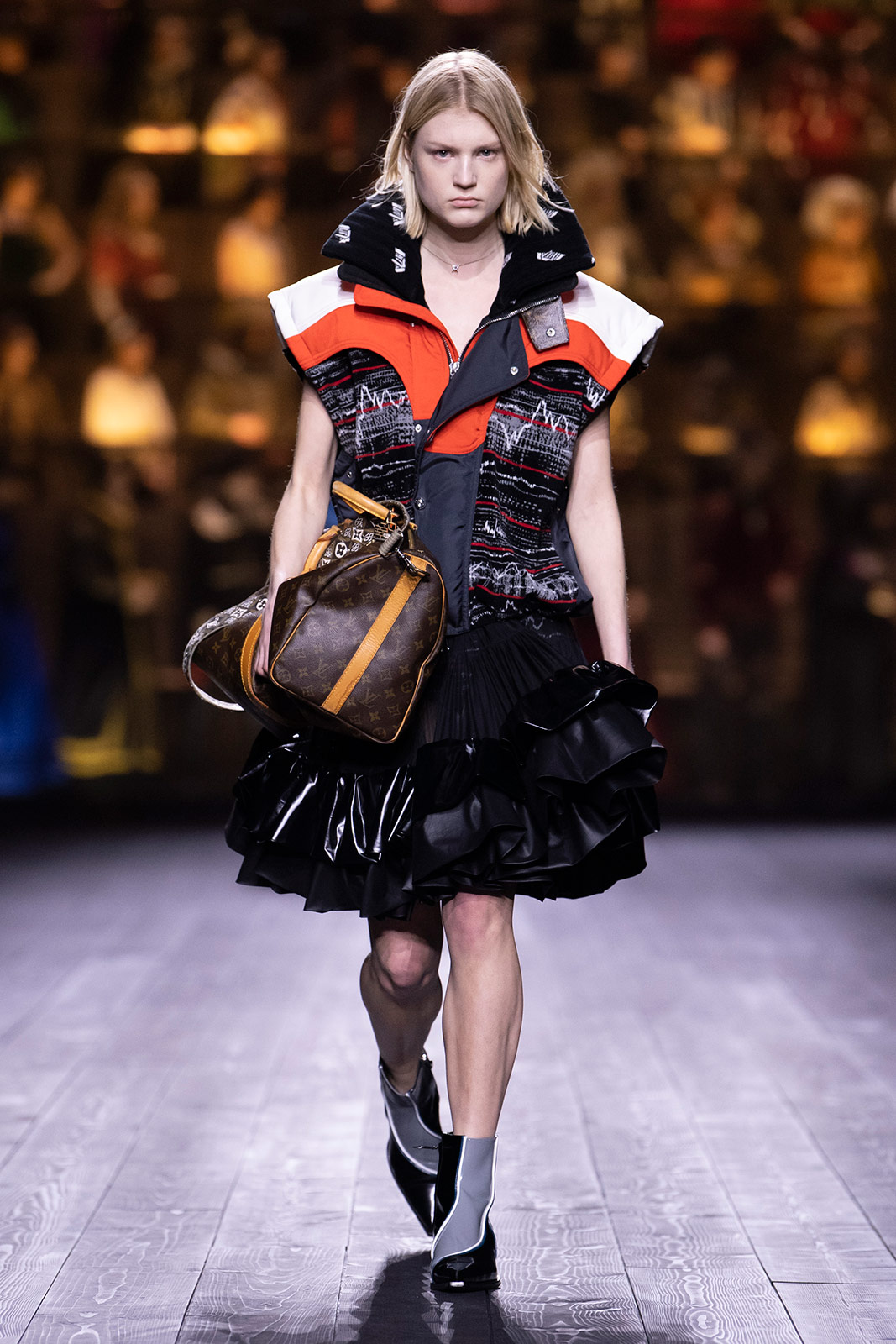 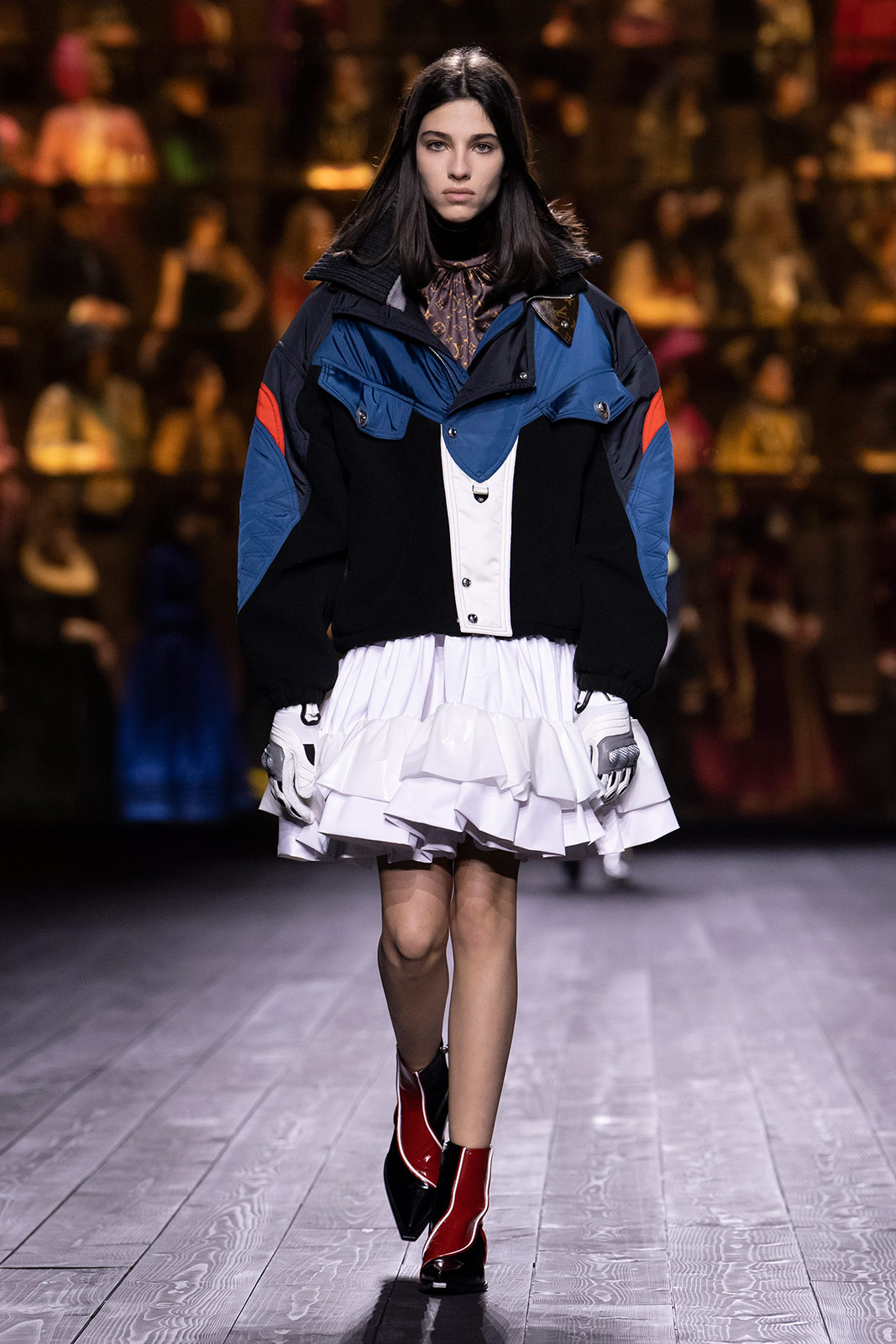 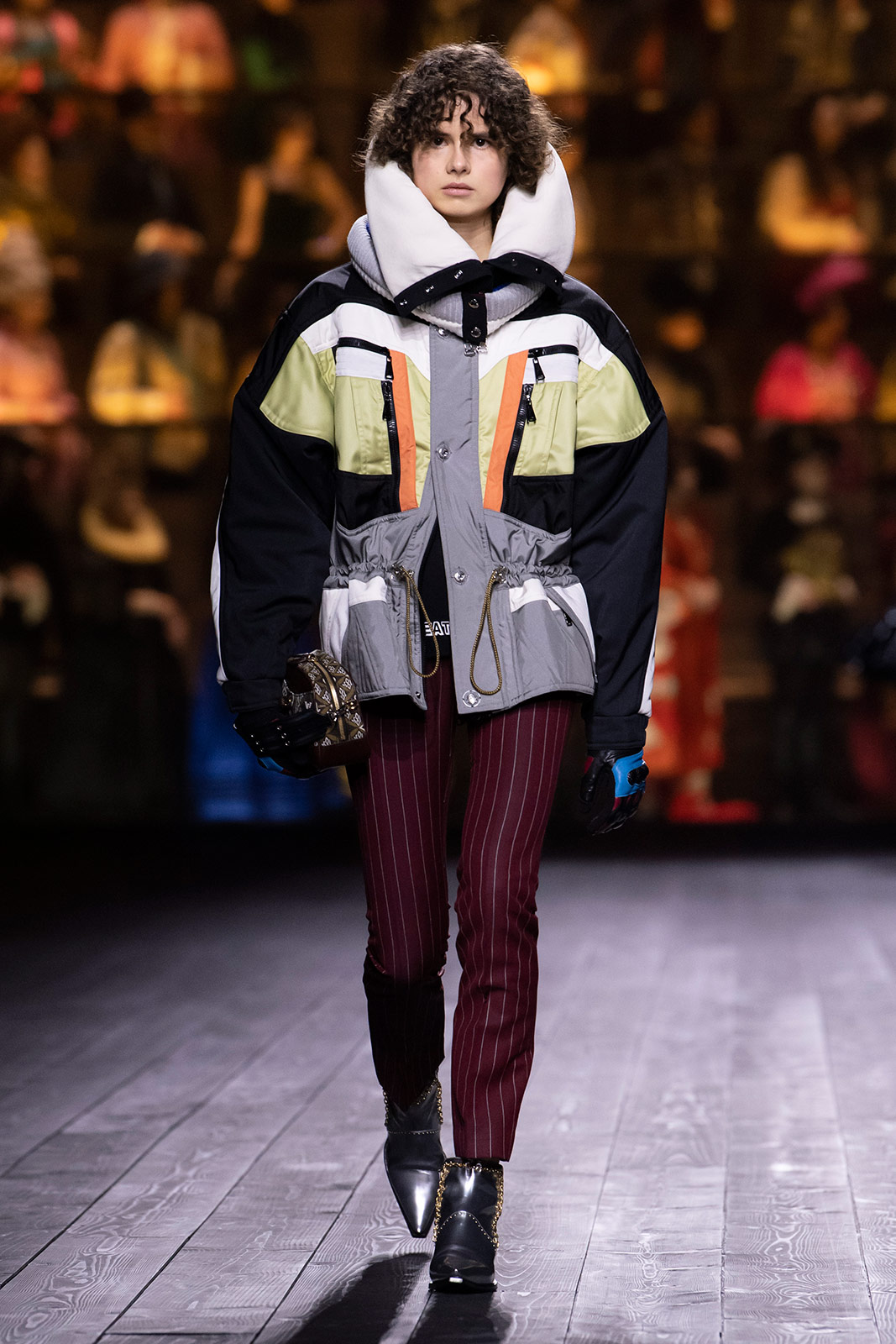 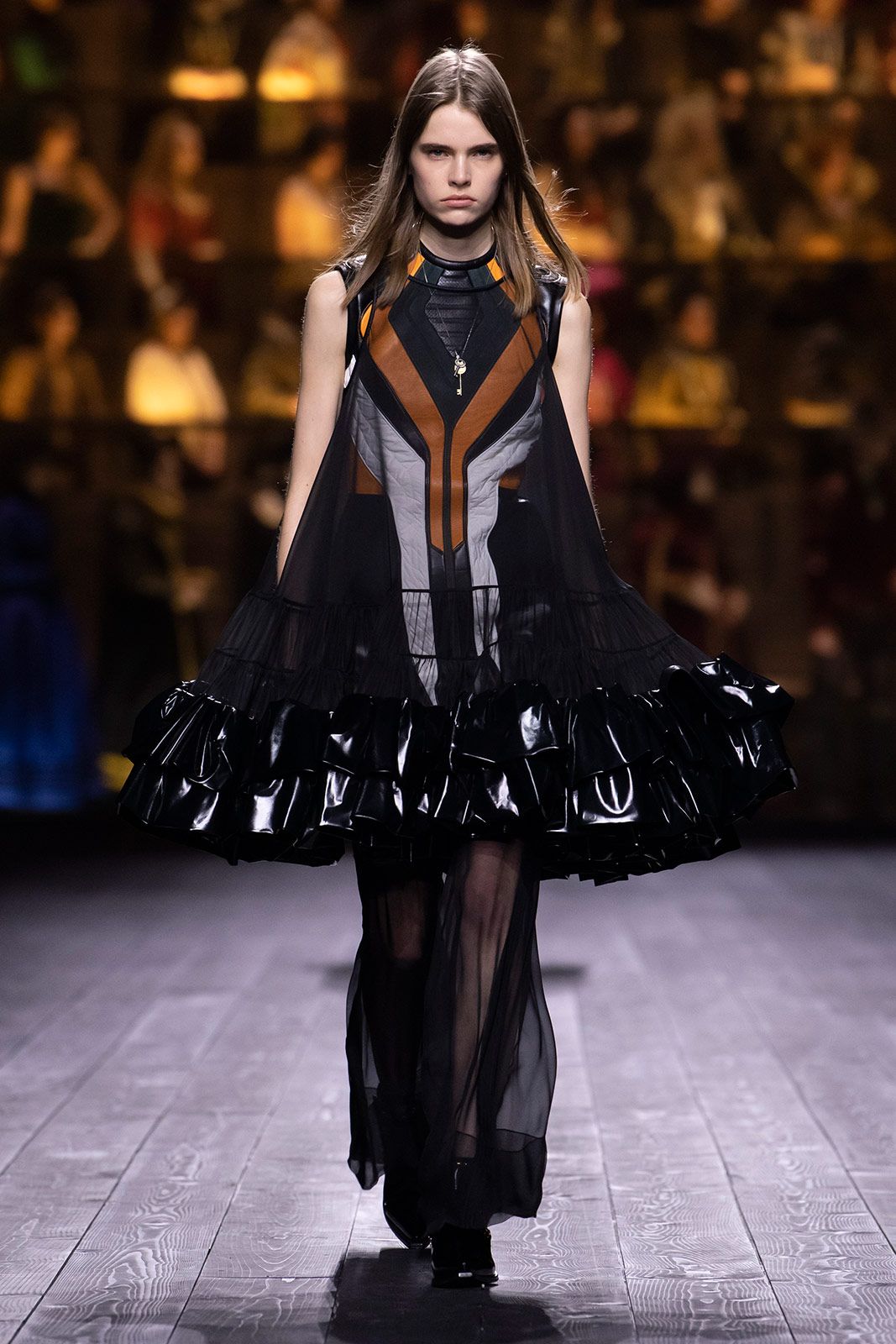 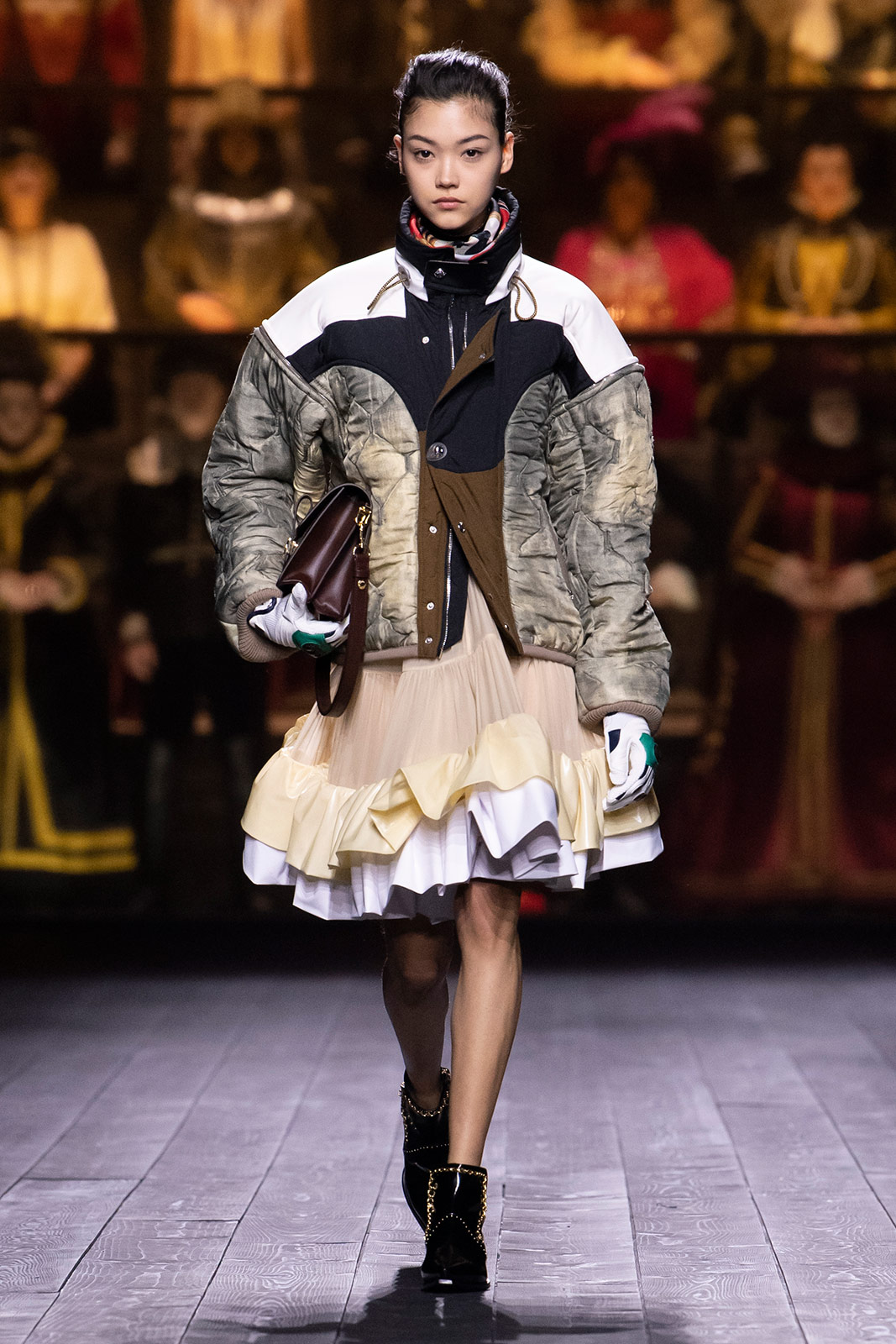 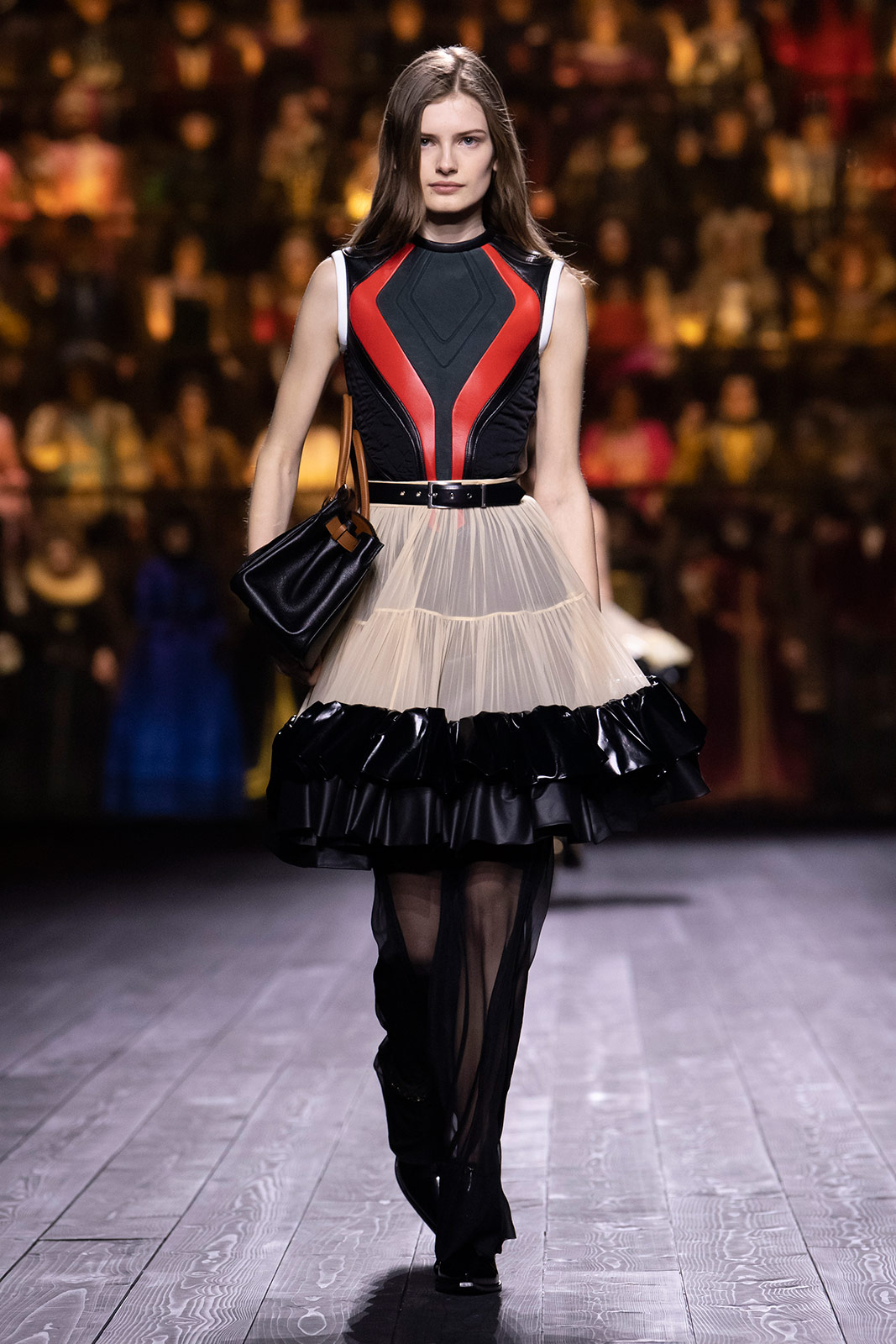 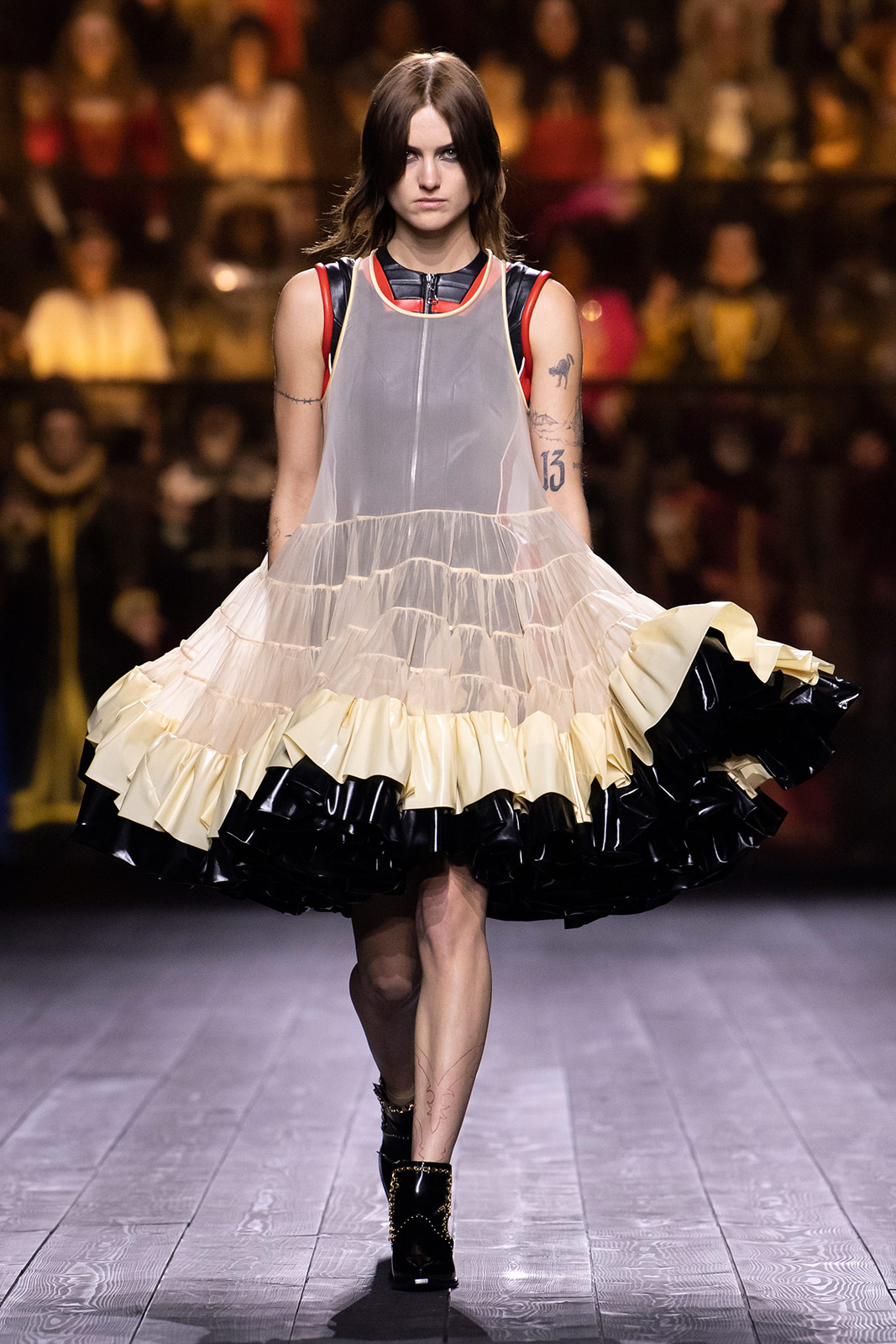 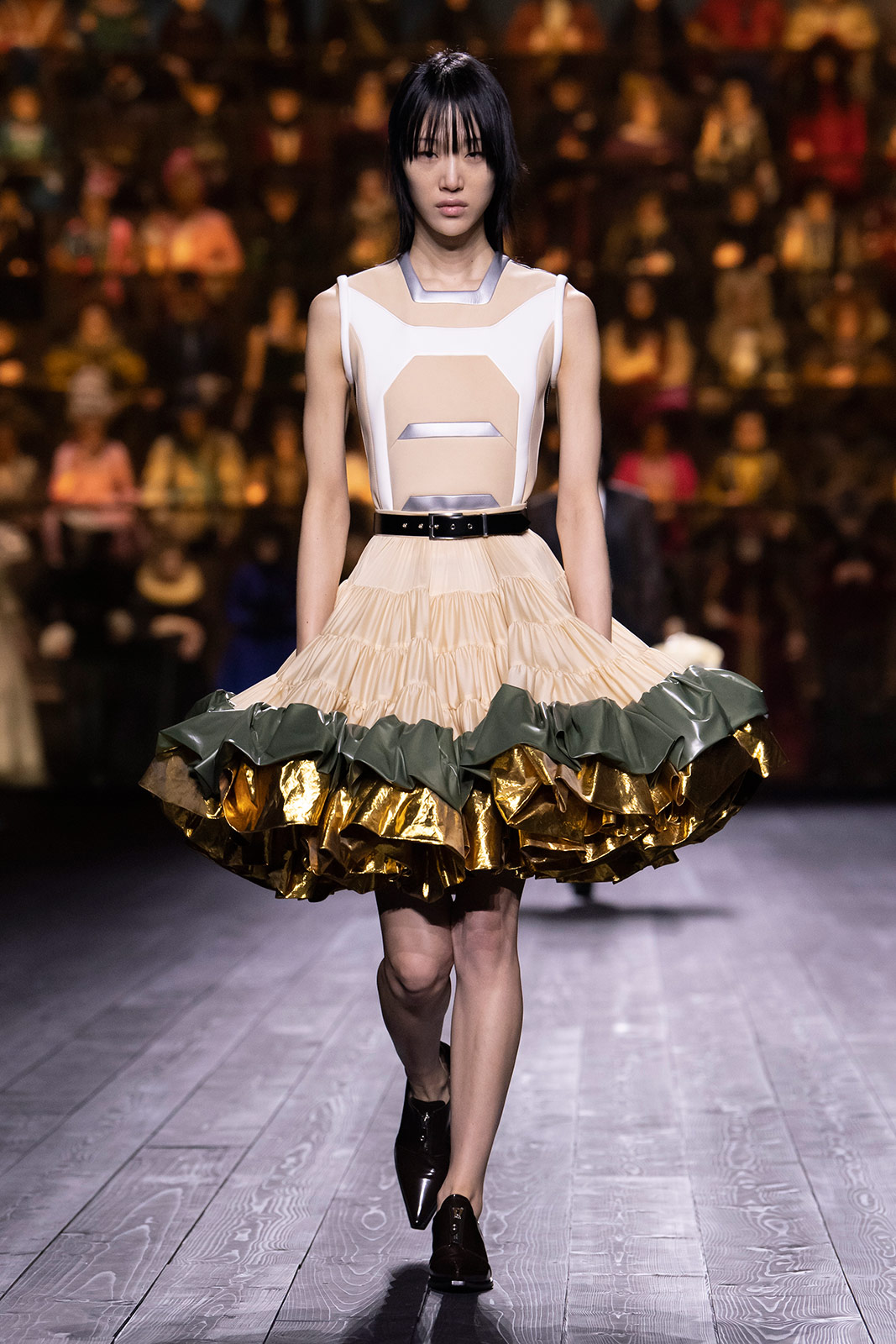 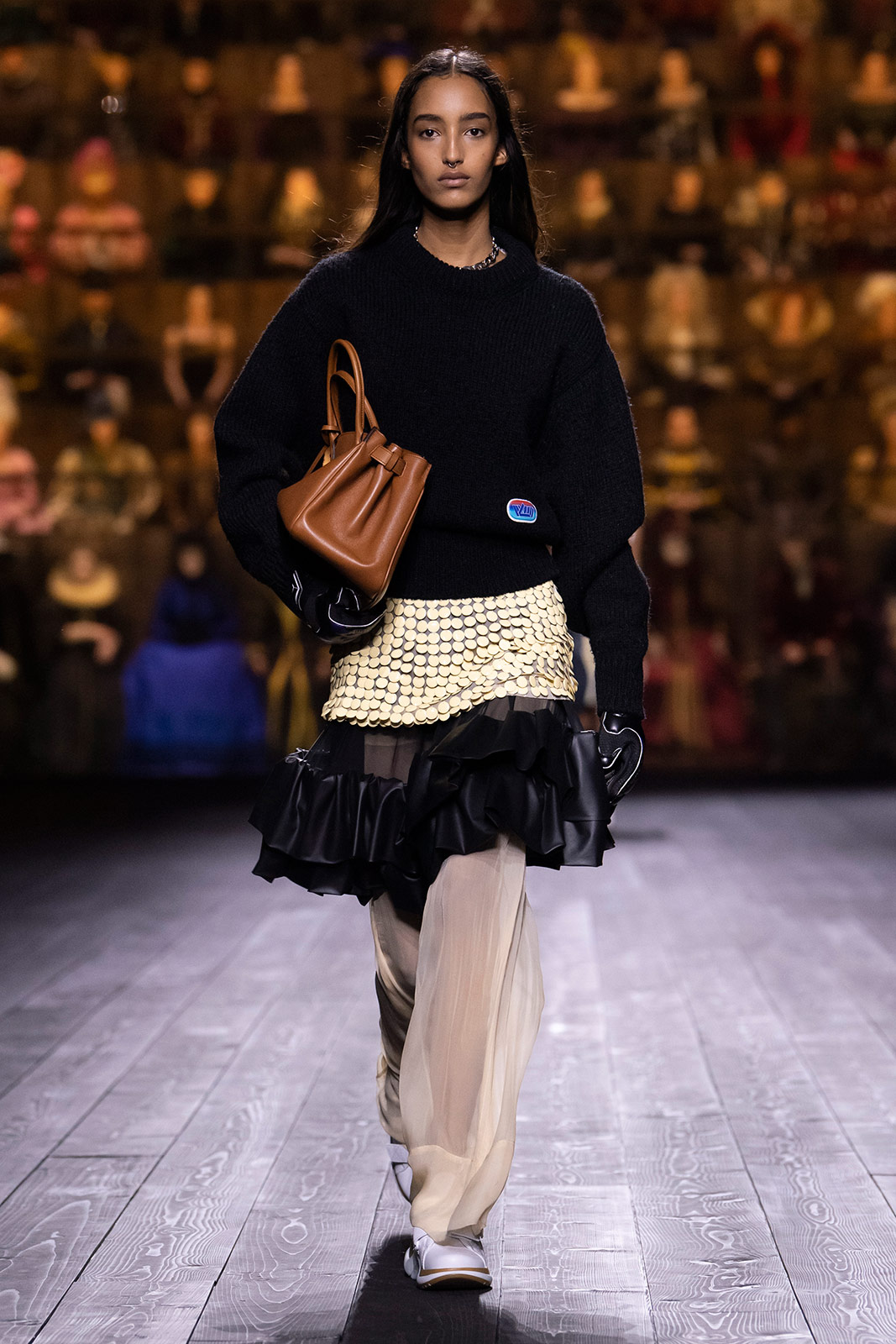 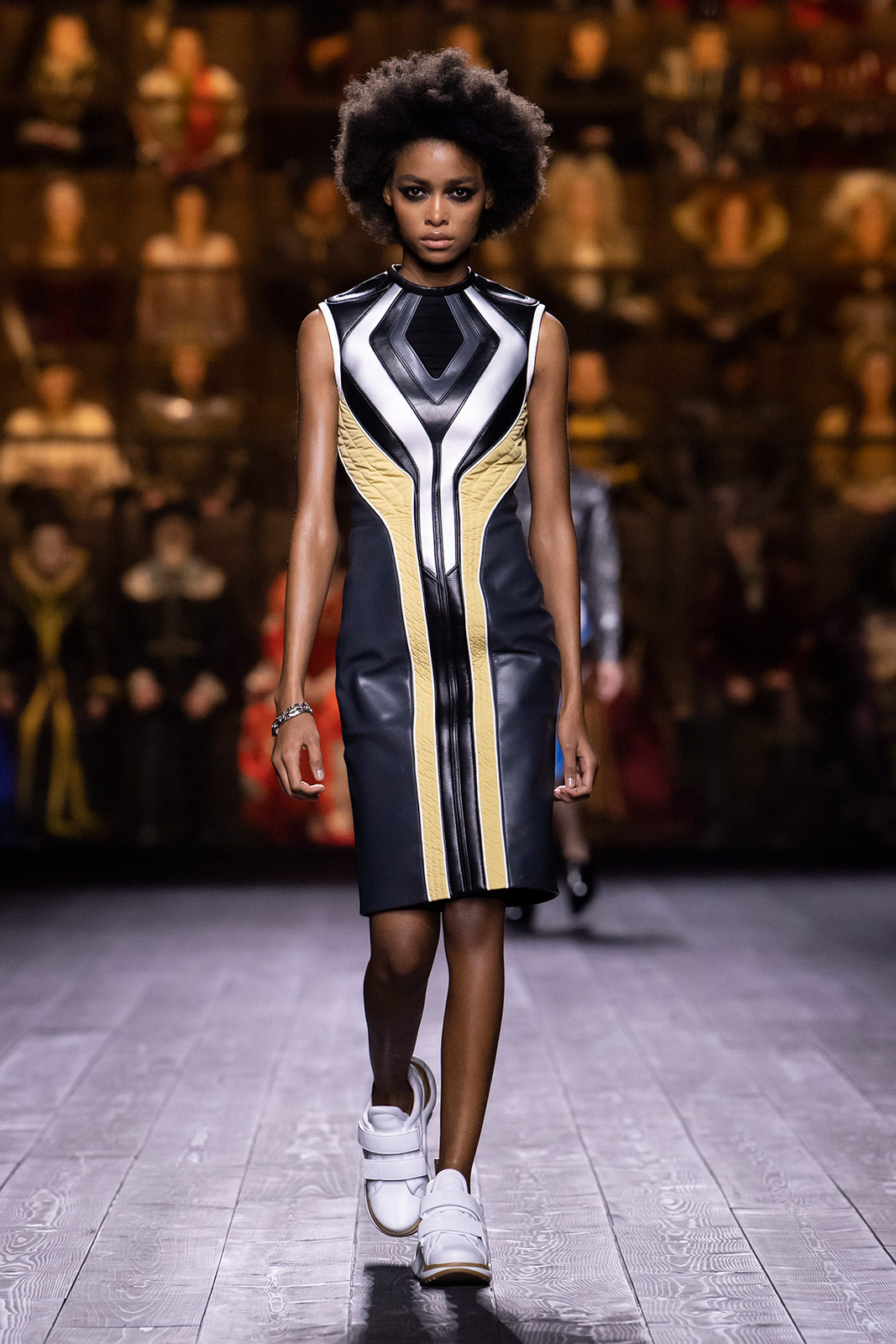 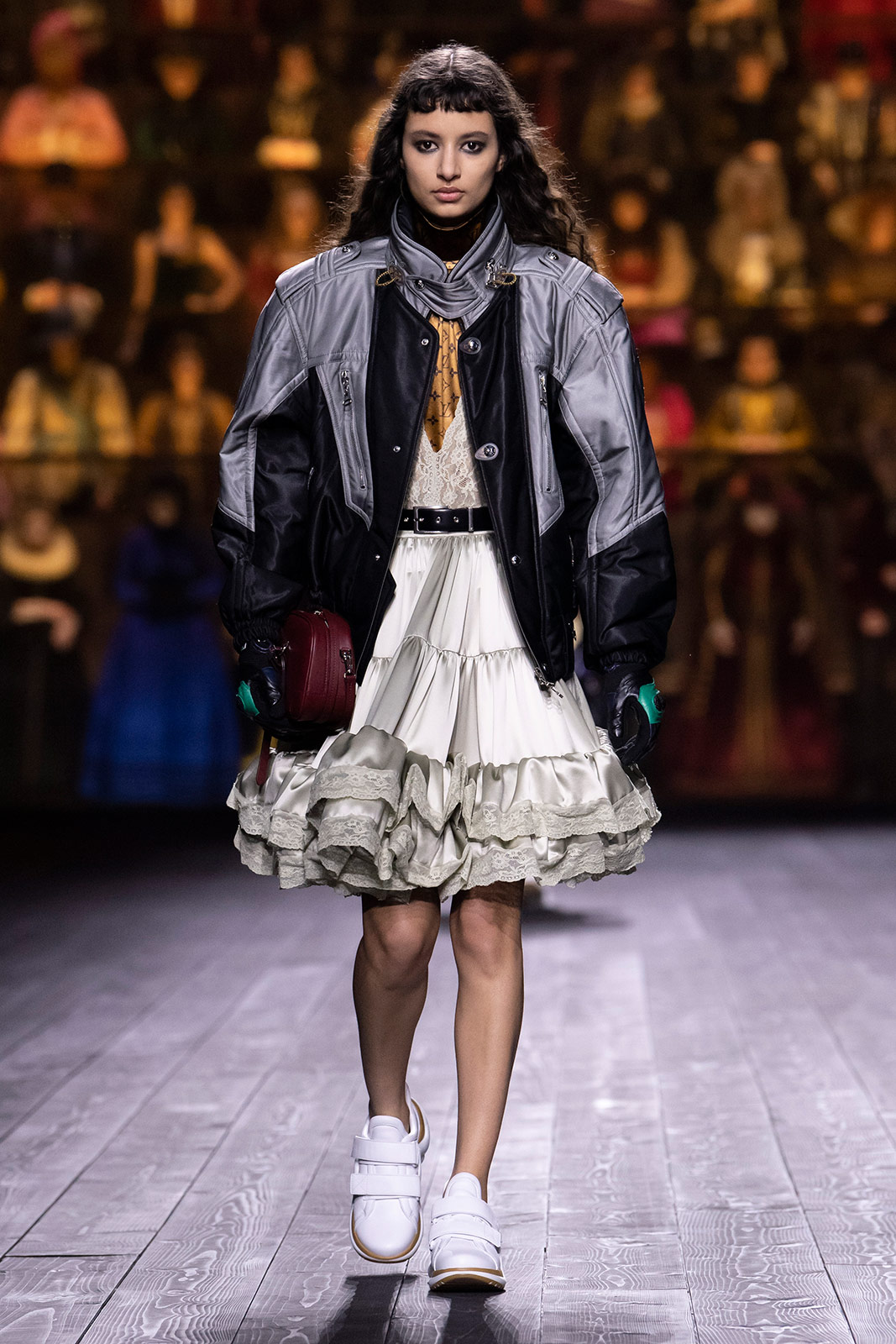 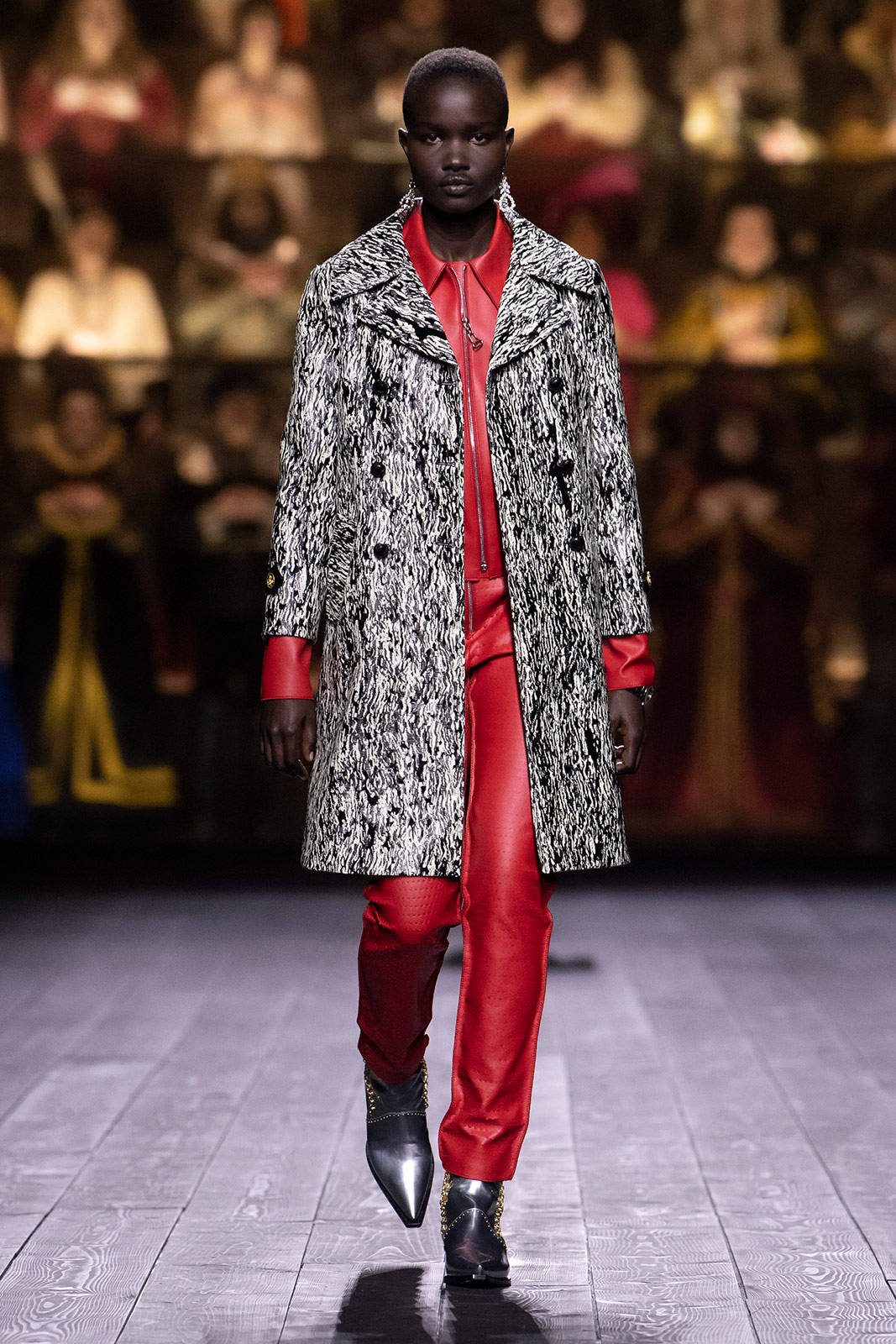 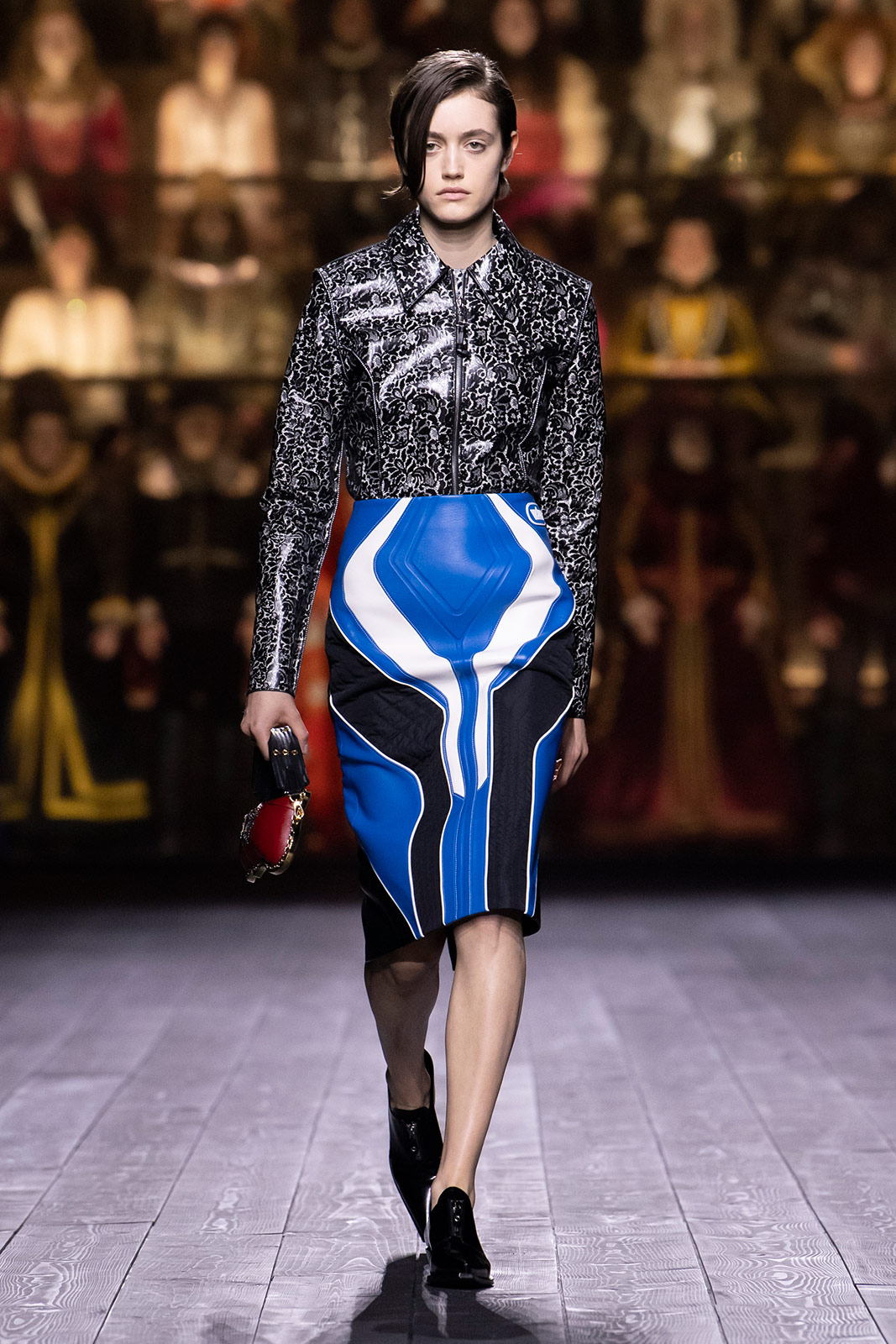 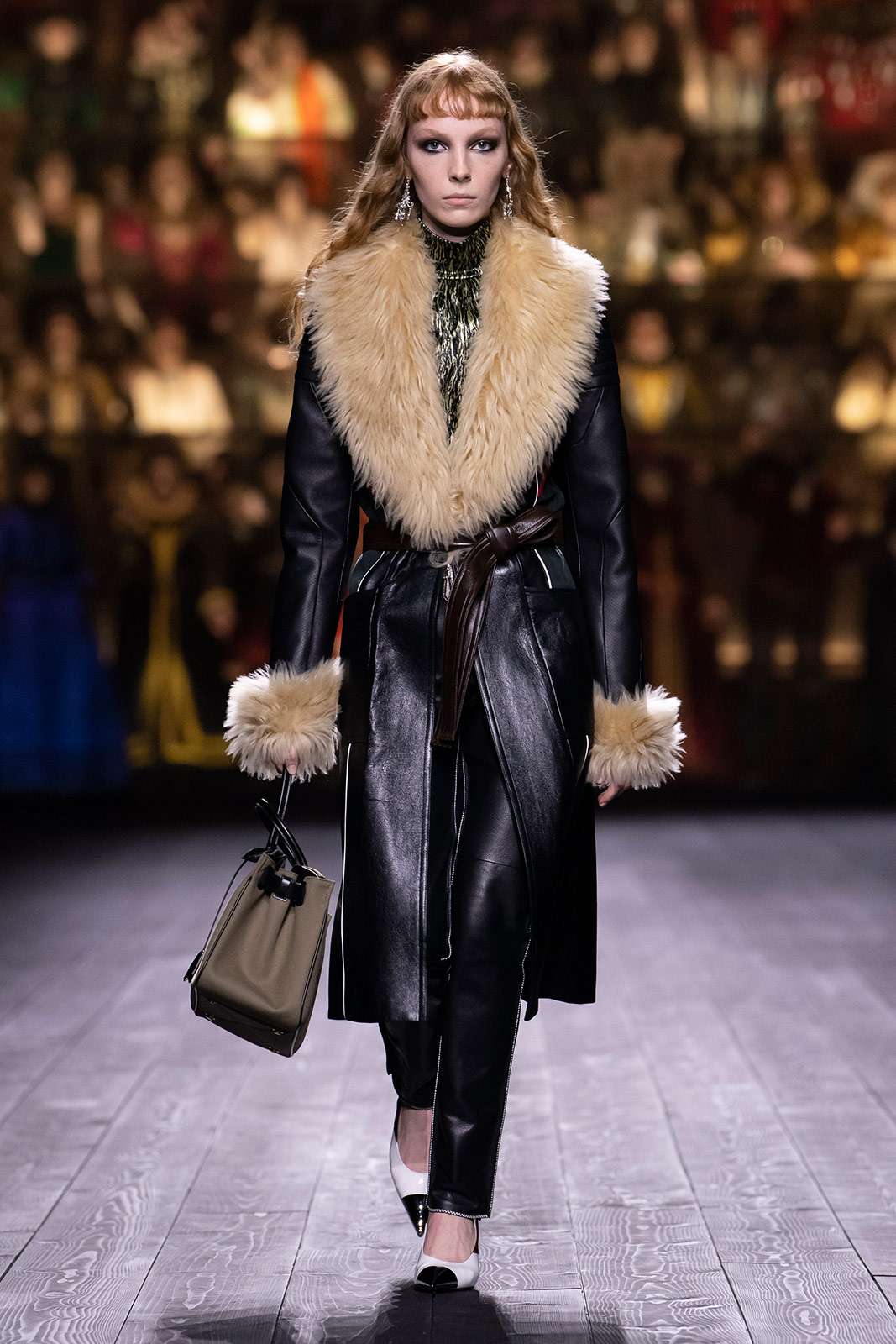 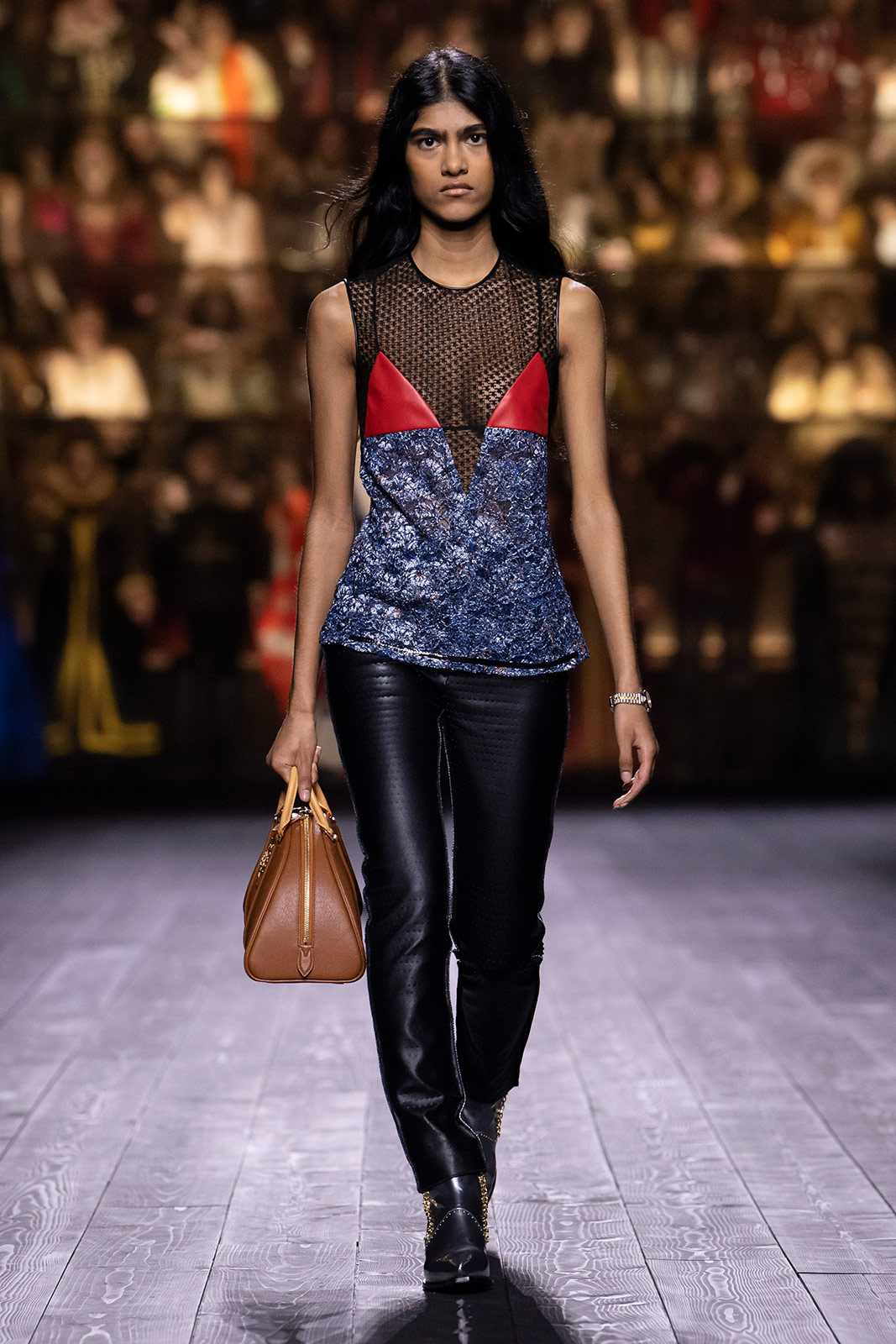 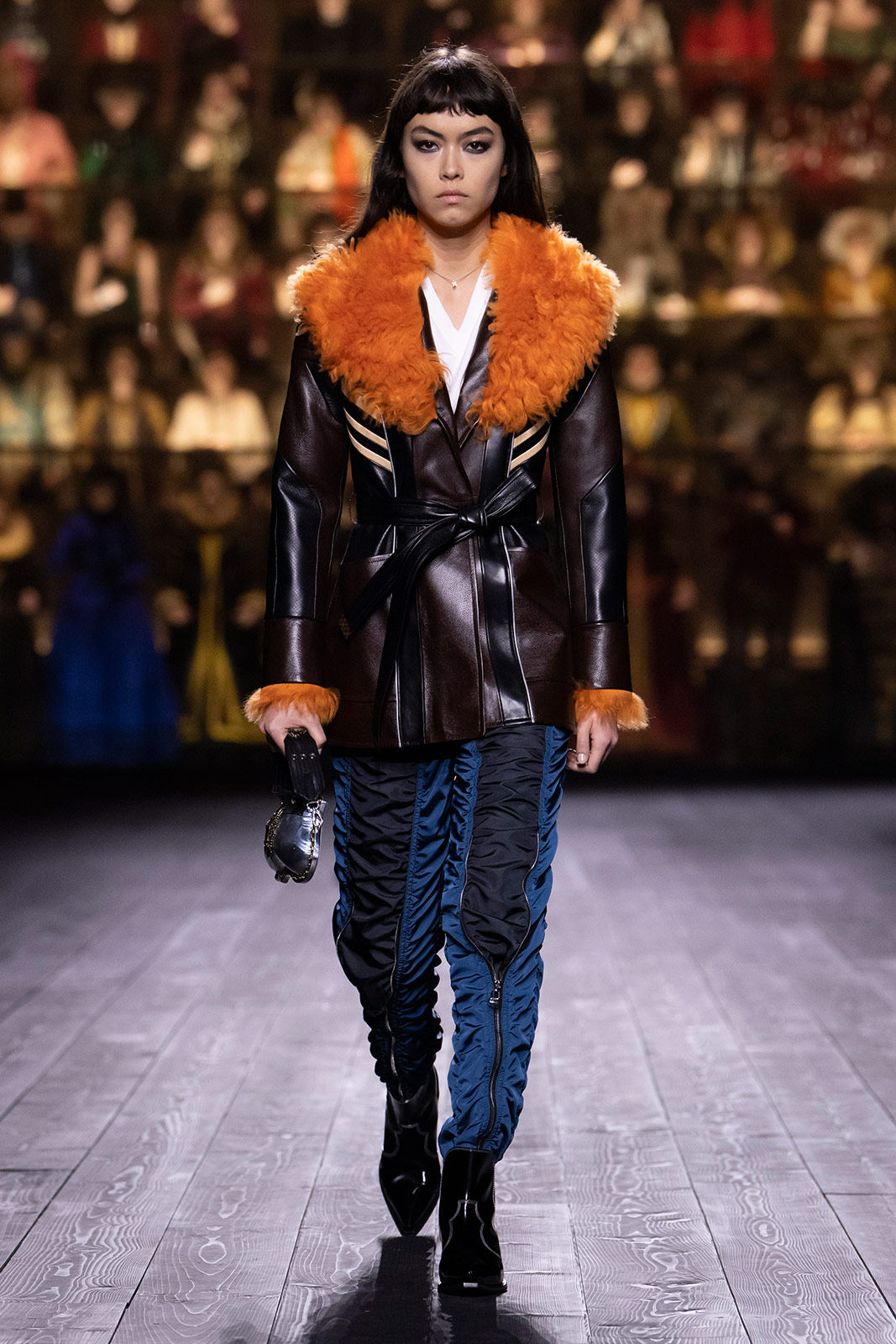 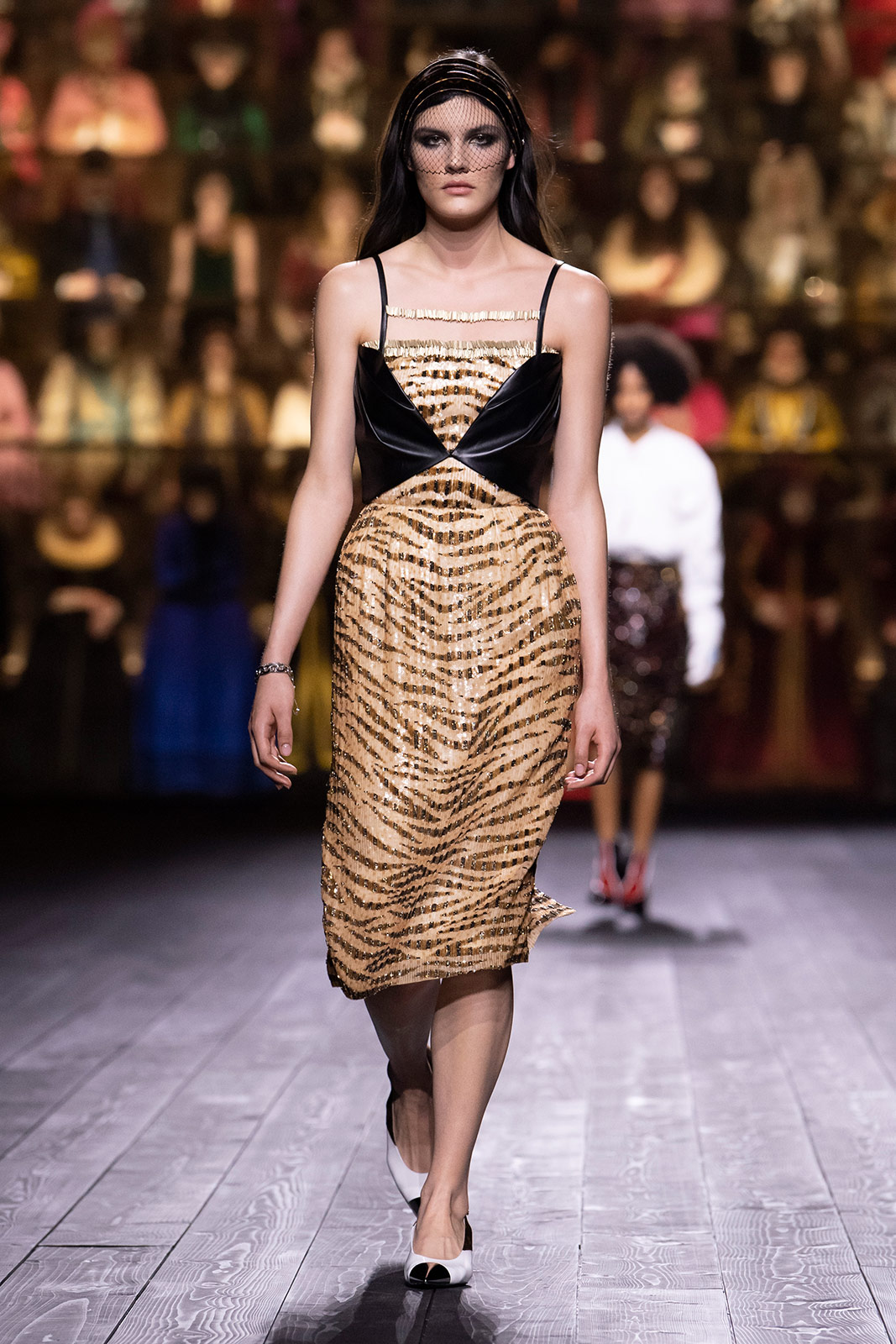 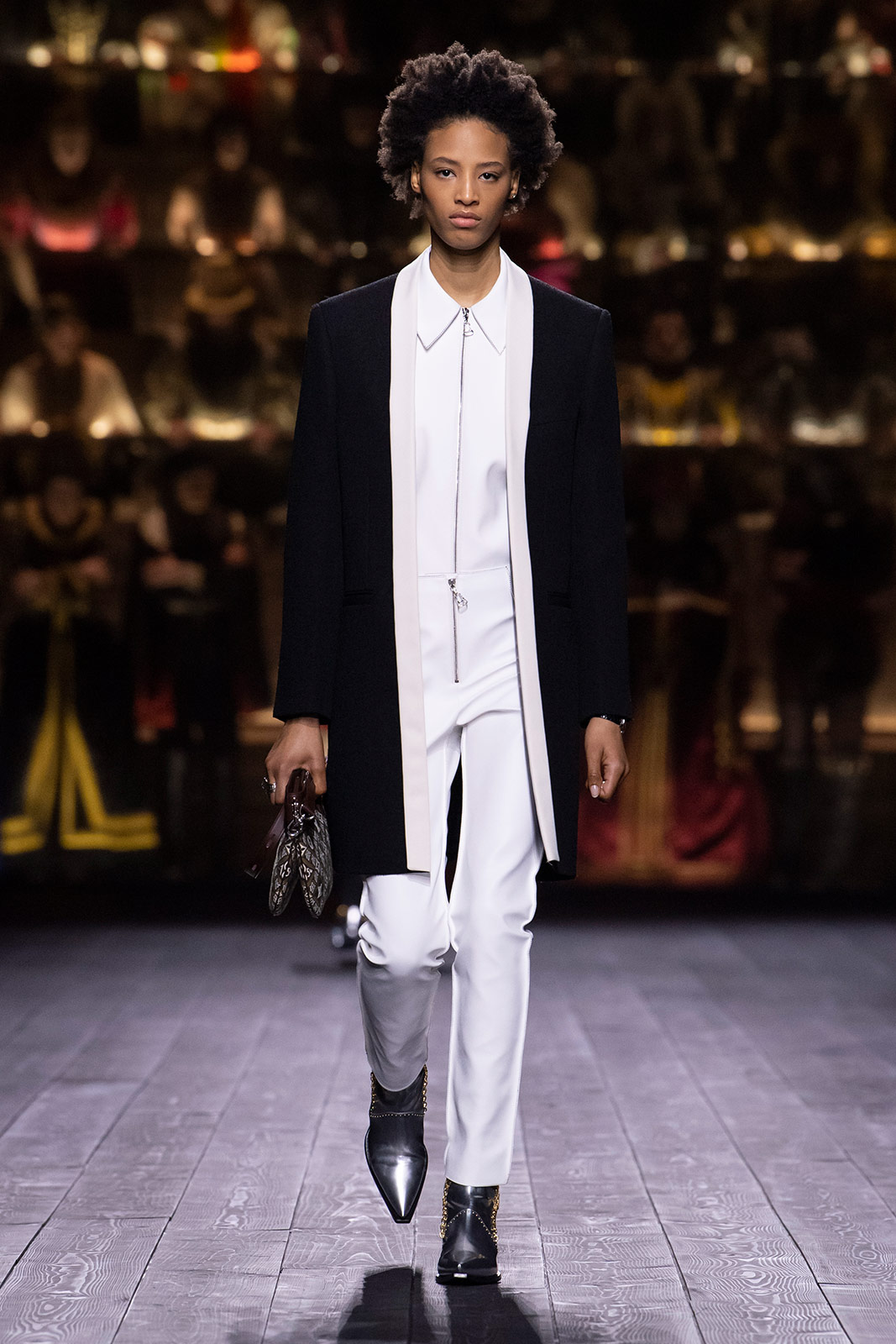 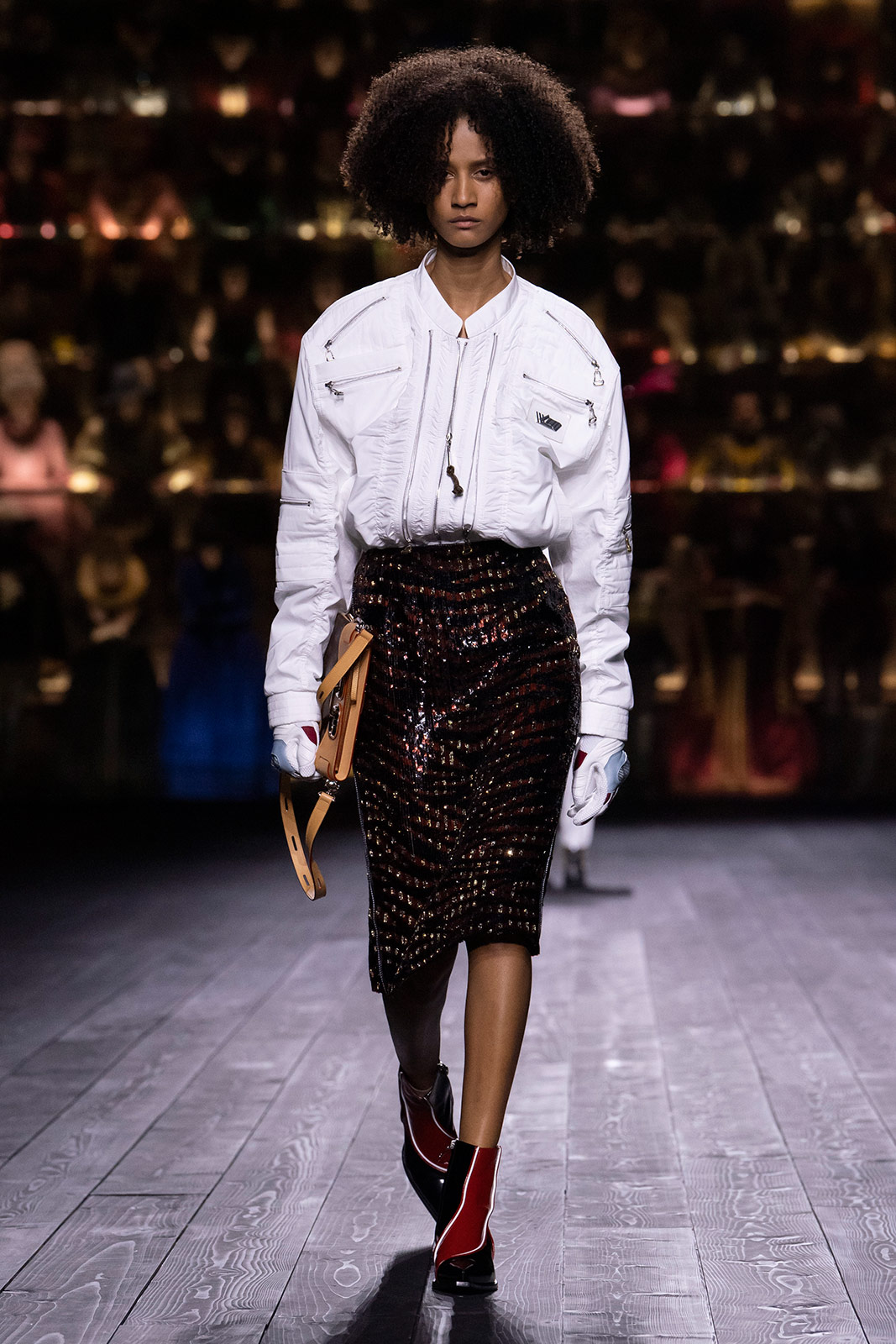 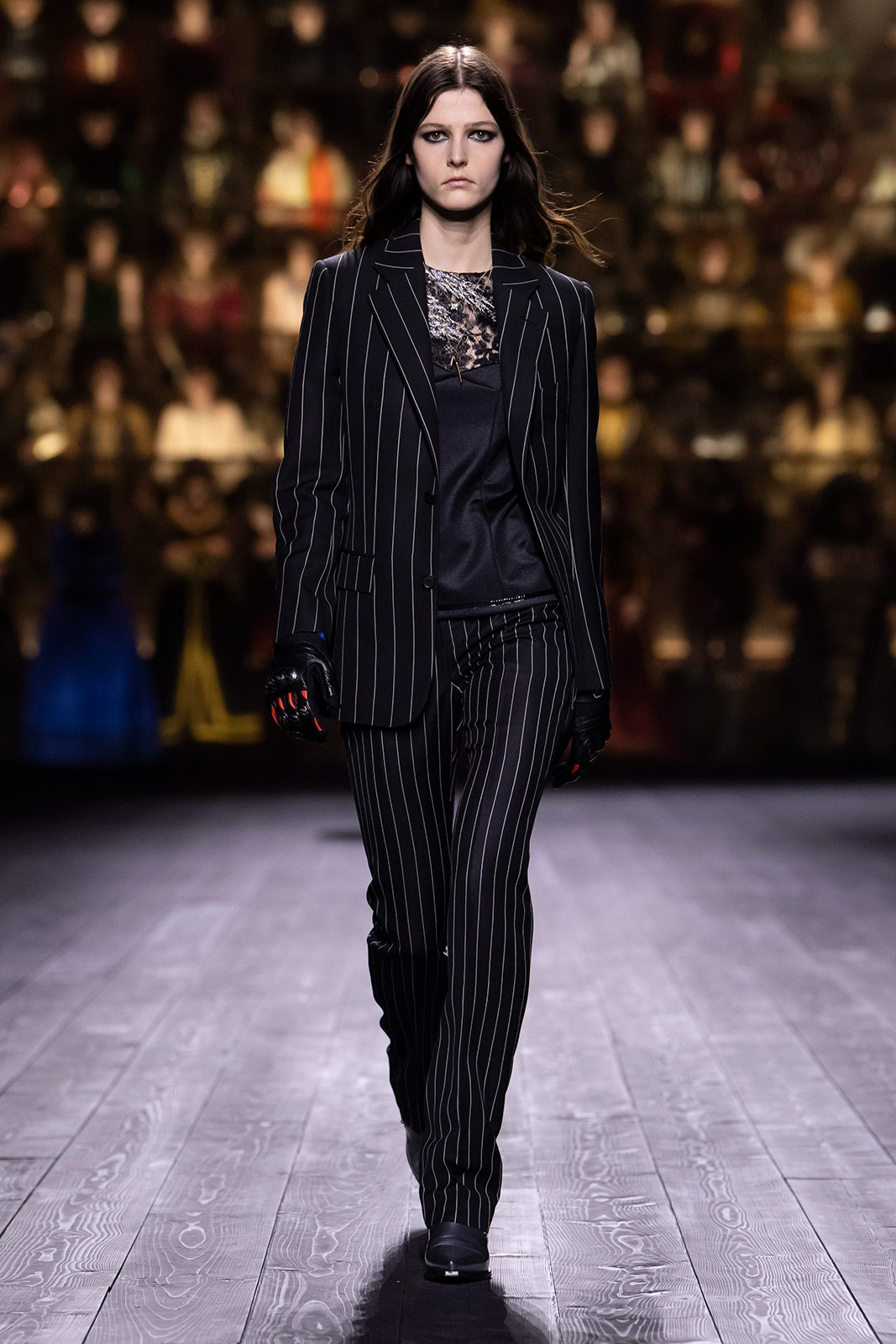 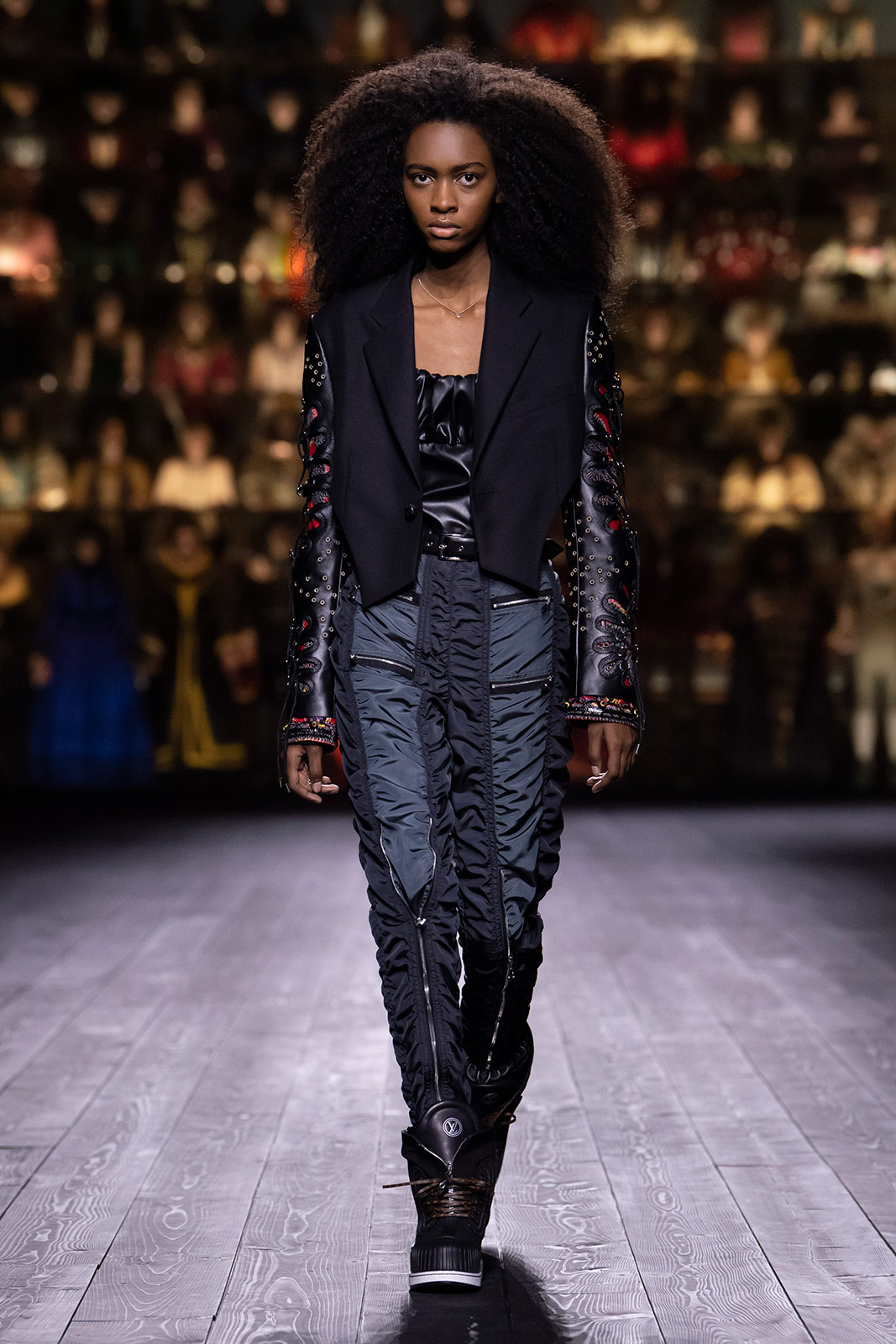 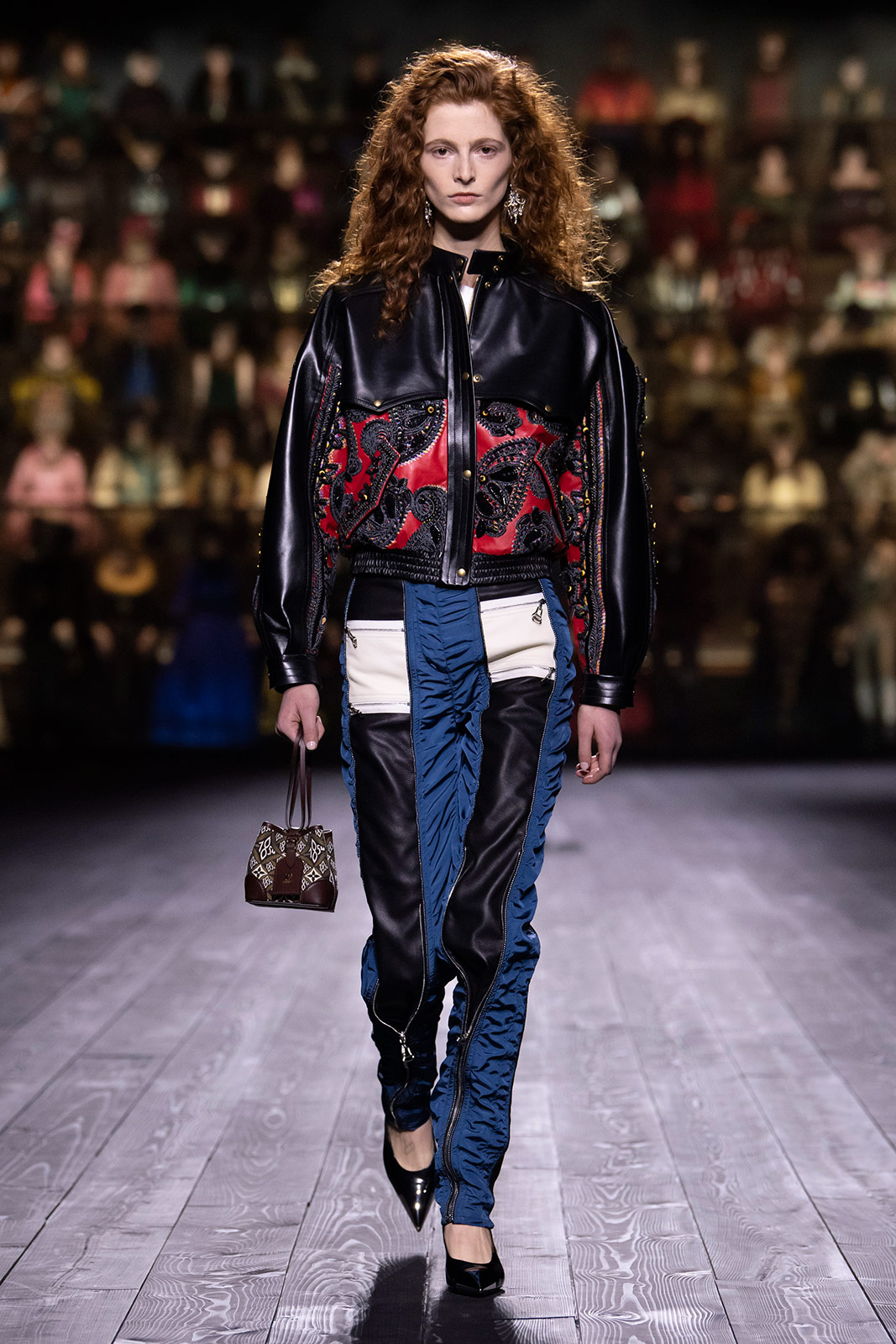