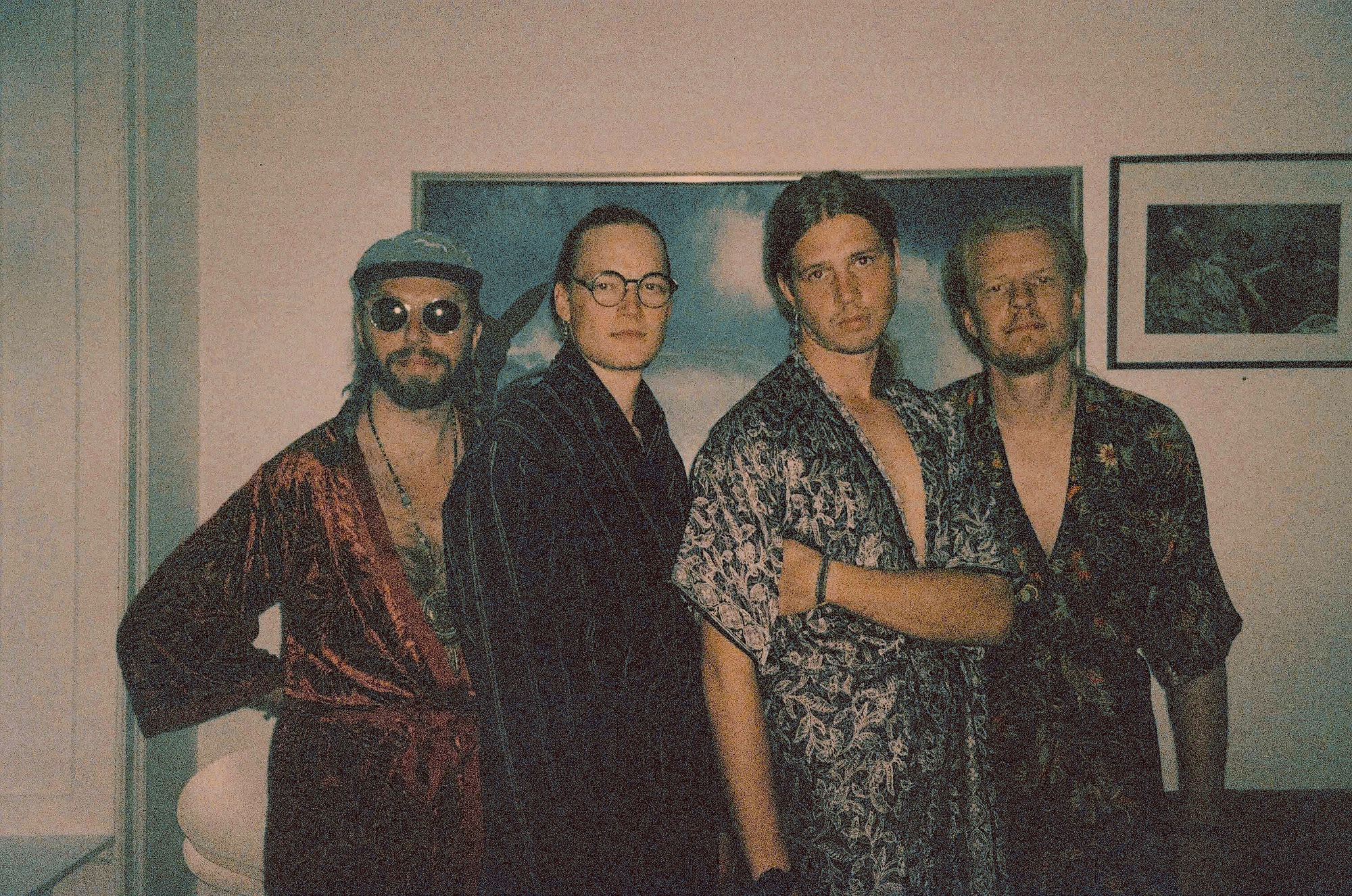 What happens when a teacher, an actor, a producer and a tech manager all meet? According to the band Looney Gloomers, a creative collision that results in a new, conceptual sound that embraces the feeling of being different and not quite fitting in anywhere. Their latest single Muscles sees the band explore a funky and playful side of theirs through sporadic bass lines and electric guitar riffs.

The London and Copenhagen-based band, made up of two vocalists and two multi-talented instrumentalists, are known for not taking themselves too seriously, having taken the stage dressed in only their nightgowns. They edge on the self-deprecating, a result of having four friends organically form a band. These relationships transcend into their music, which they categorise as their own version of sub-indie titled ‘new now.’

Speaking on their new single, the Looney Gloomers state, “We really wanted to create a piece of music that, like a great book, will inspire and make you wonder.” Inspired by the American novel Grapes of Wrath by John Steinbeck, Muscles captures the beauty that often blossoms from tragedy. The band goes on to say, “We really try as much as possible to bend and merge modern genres, whilst unfolding a lyrical cosmos of metaphors and fragile self-deprecating narratives.” Subtle in its lyrical ingenuity, Muscles is the primary single to Looney Gloomers’ upcoming album, a genre-bending piece created in only 20 days out of impulsive creative bursts.