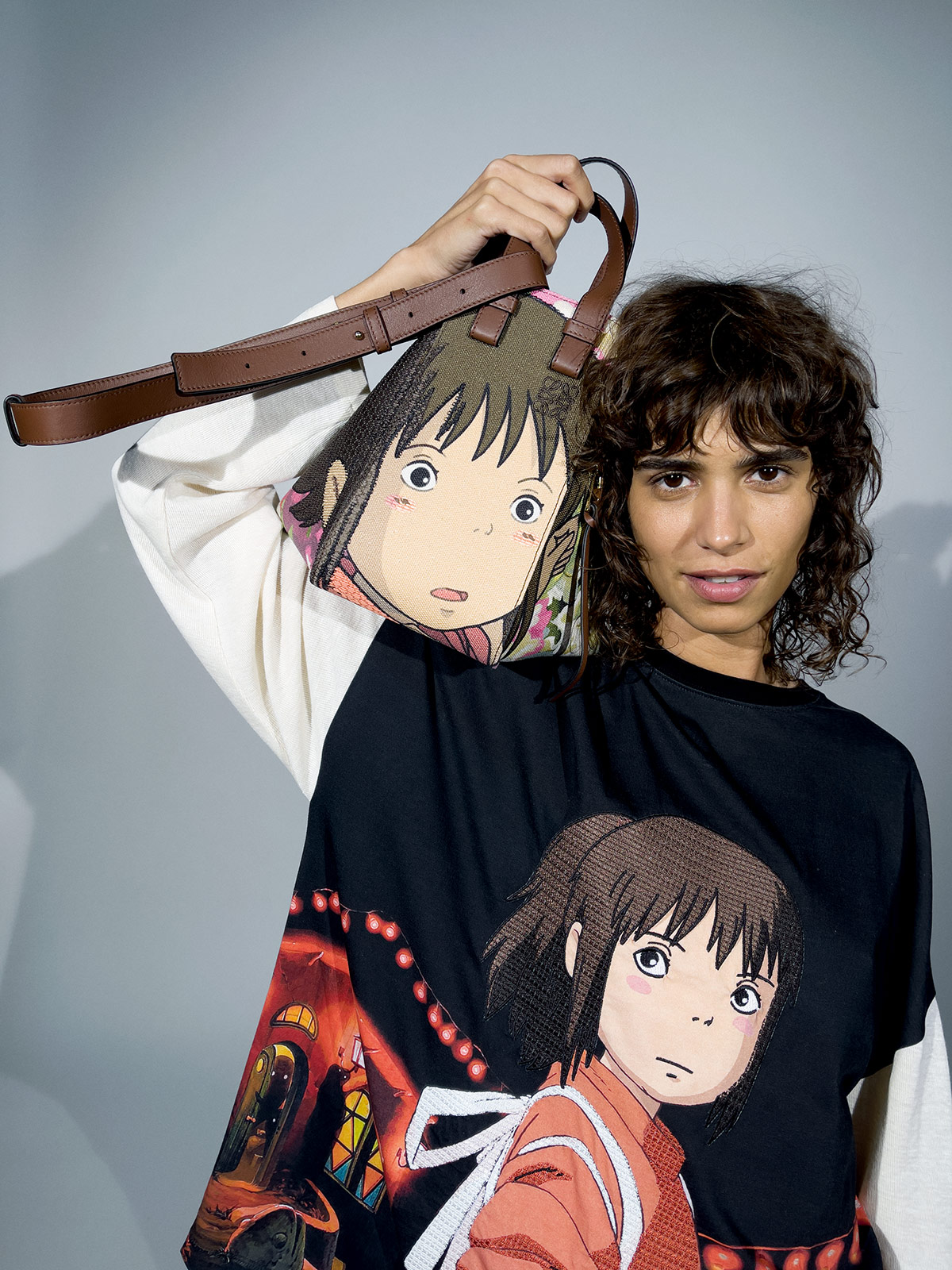 If Loewe's last collaboration with Studio Ghibli – which resulted in a My Neighbour Totoro collection – didn't do it for you, you're in for a treat, as this time around they have decided to welcome 2022 with a Spirited Away capsule collection that brings this film to life. A tribute to one of the most beloved movies from the Japanese studio, as well as the values behind it: loyalty, friendship, staying true to oneself and persevering against all odds – a message of hope, just what we need to ring in the new year, and it's out today!
The exquisite film has introduced us to some of the most charismatic characters, from innocent young Chihiro/Sen to the mysterious river spirit Haku, the evil sorceress Yubaba and the enigmatic Kaonashi, the iconic faceless spirit. You just can't escape these pop culture figures that defined a new era for Studio Ghibli, by further introducing themselves to the Western world, as this became their biggest hit, as it also won them the Oscar for Best Animated Film at the 75th Academy Awards.

We see these characters as well as the Fly-Bird or the sooty spirits called Susuwatar on ready-to-wear garments like blankets and scarves or leather and canvas bags such as the Amazona, Puzzle, Hammock and Flamenco as well as other small leather accessories. From playful prints that play with the characters to actual frames that have been taken from the movie. They are presented through Loewe's immaculate craftsmanship, through meticulous manual labour for some items. Both entities are committed to passionately telling inspiring stories, conceptually speaking and also when it comes to the technique and overall execution.

The images, shot by usual Loewe collaborator Juergen Teller, features a cast of people like singer and performer Dua Saleh and models Kit Butler, Hyunji Shin and Mica Argañaraz. The pictures perfectly combine both worlds, from the real to the fantastic, as a way to represent that which characterises Spirited Away, a transitional realm or a gateway between both. It's a limbo that plays in-between, neither one nor the other, a tongue-in-cheek enchanting depiction of a state rather than a place, perhaps, where you can't distinguish what's reality from fantasy. 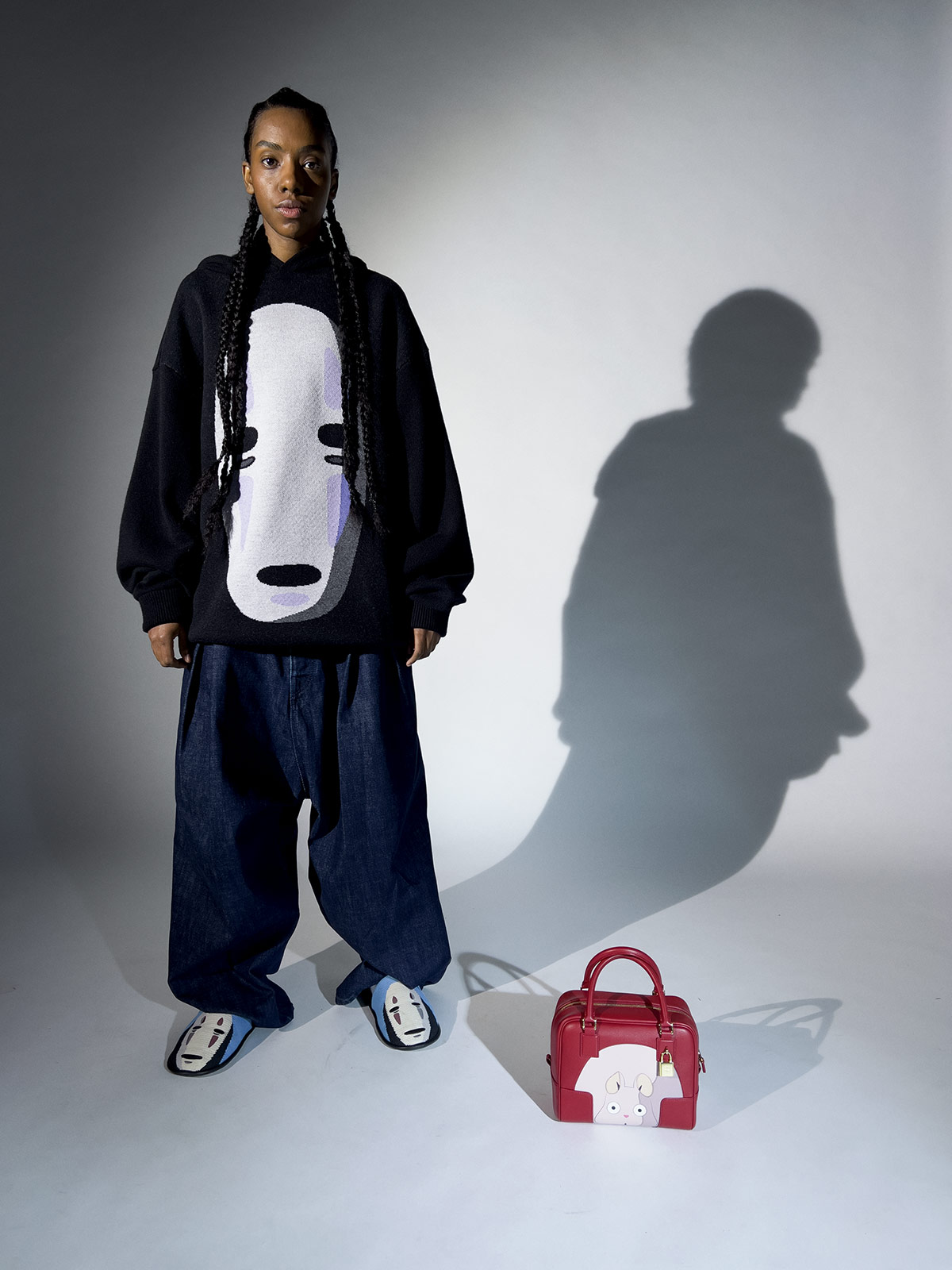 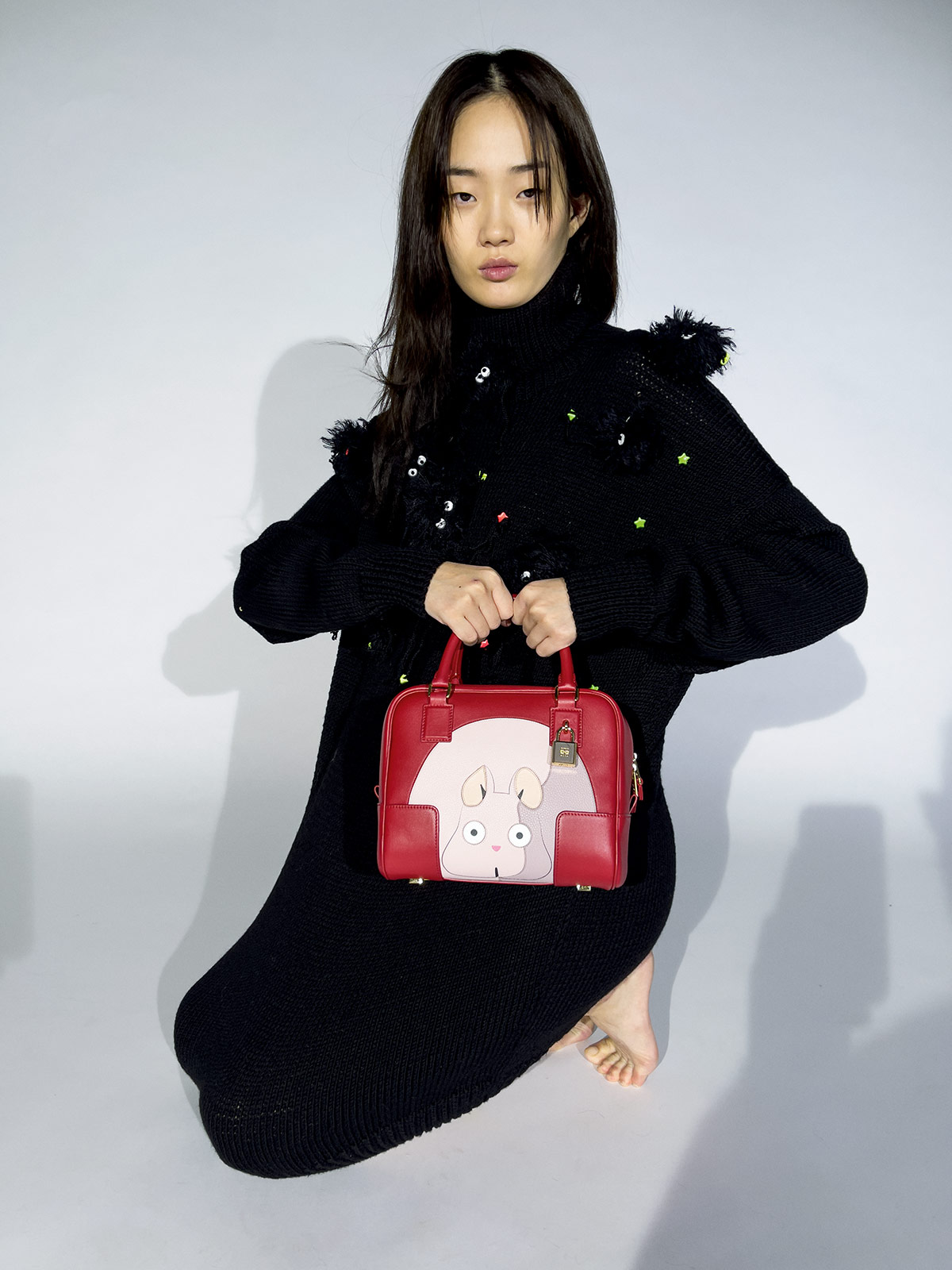 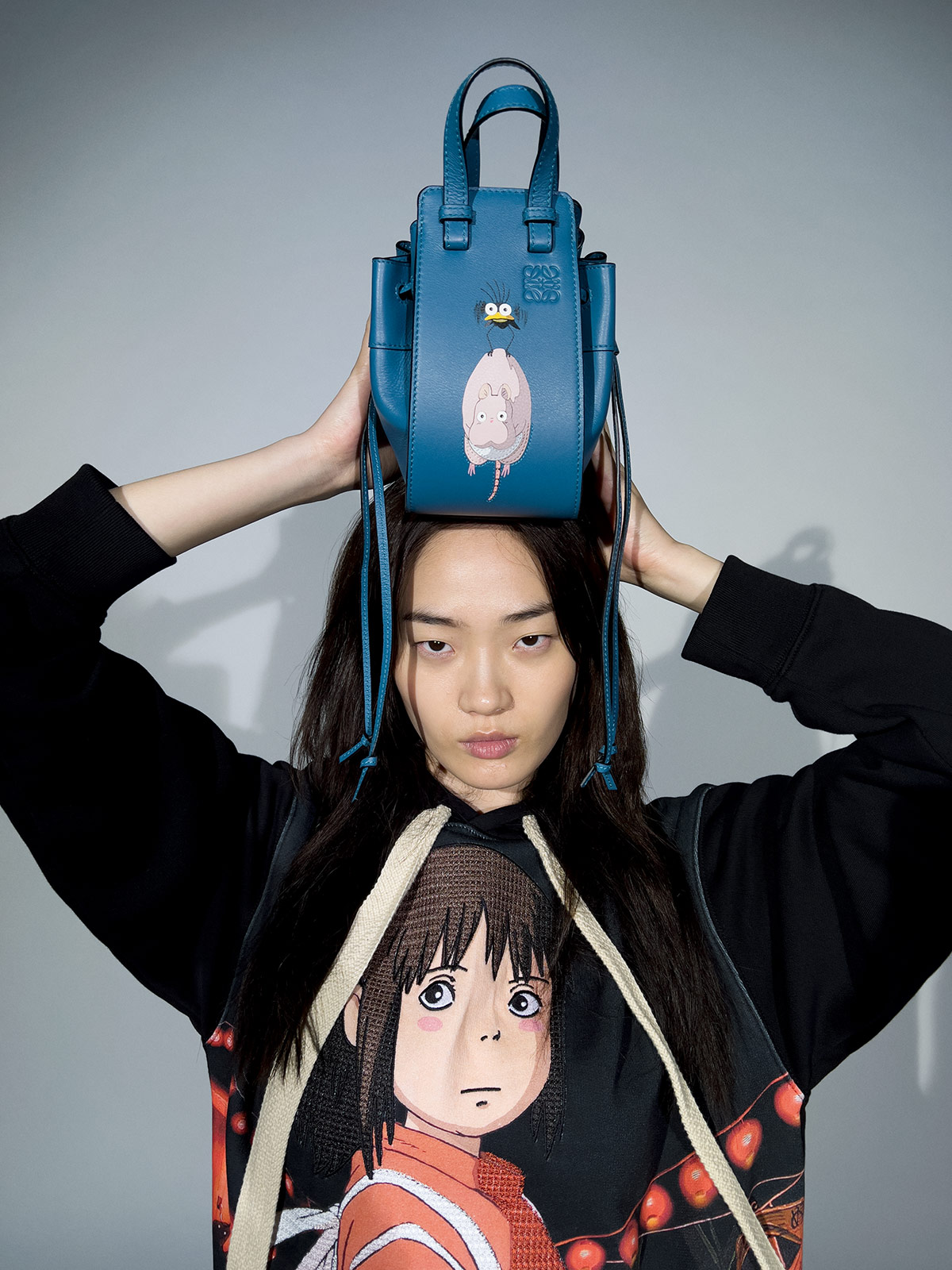 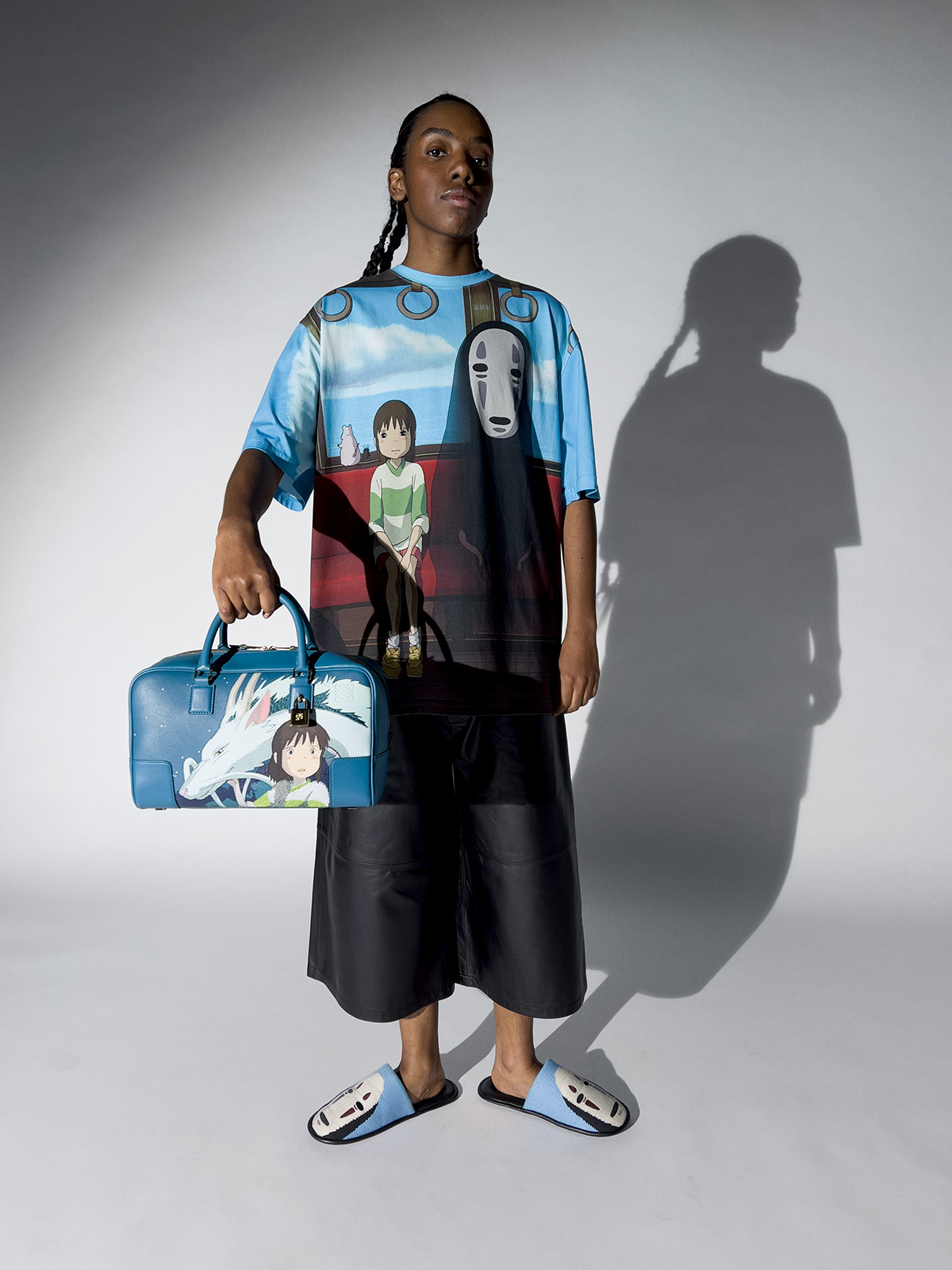 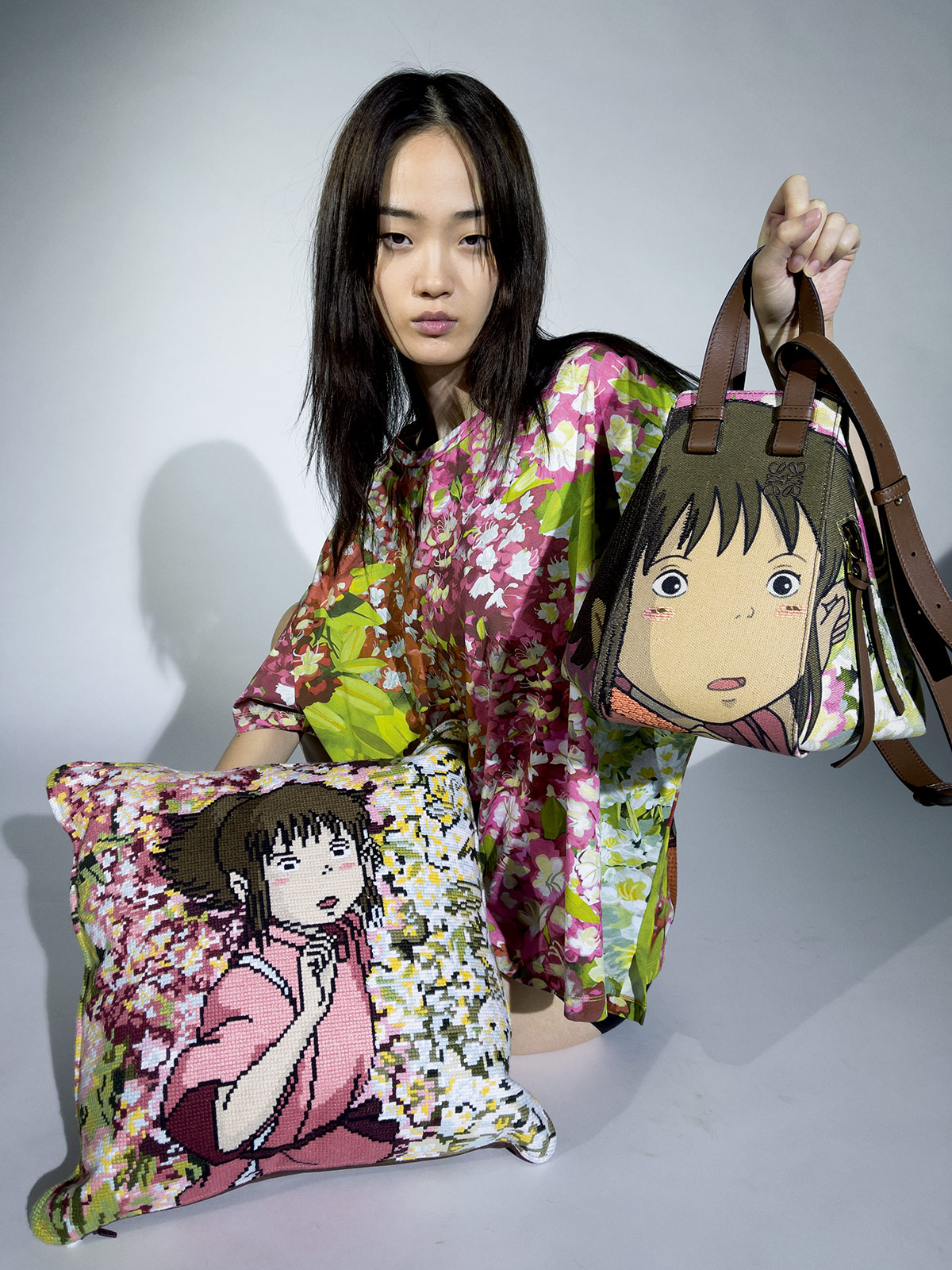 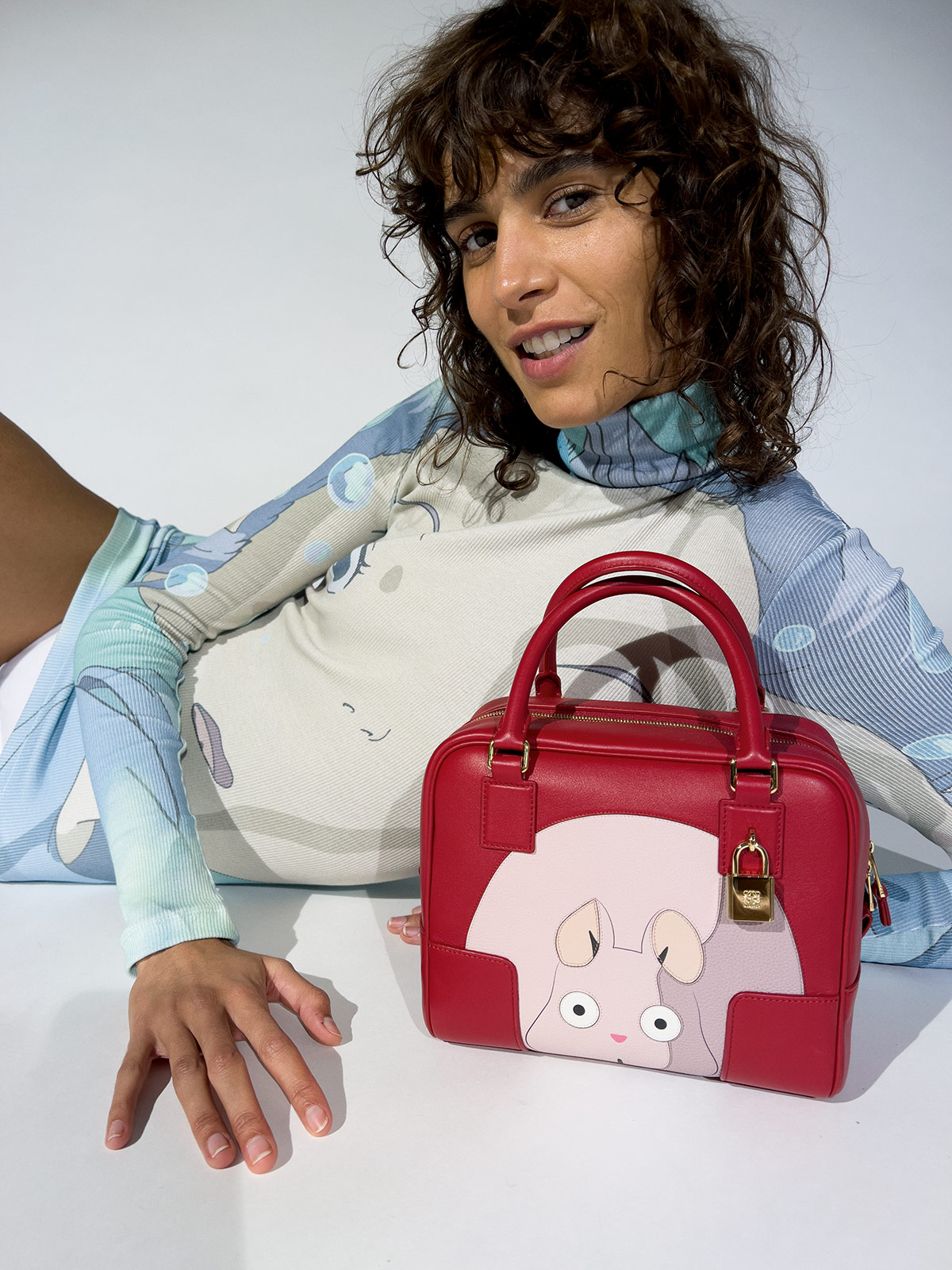 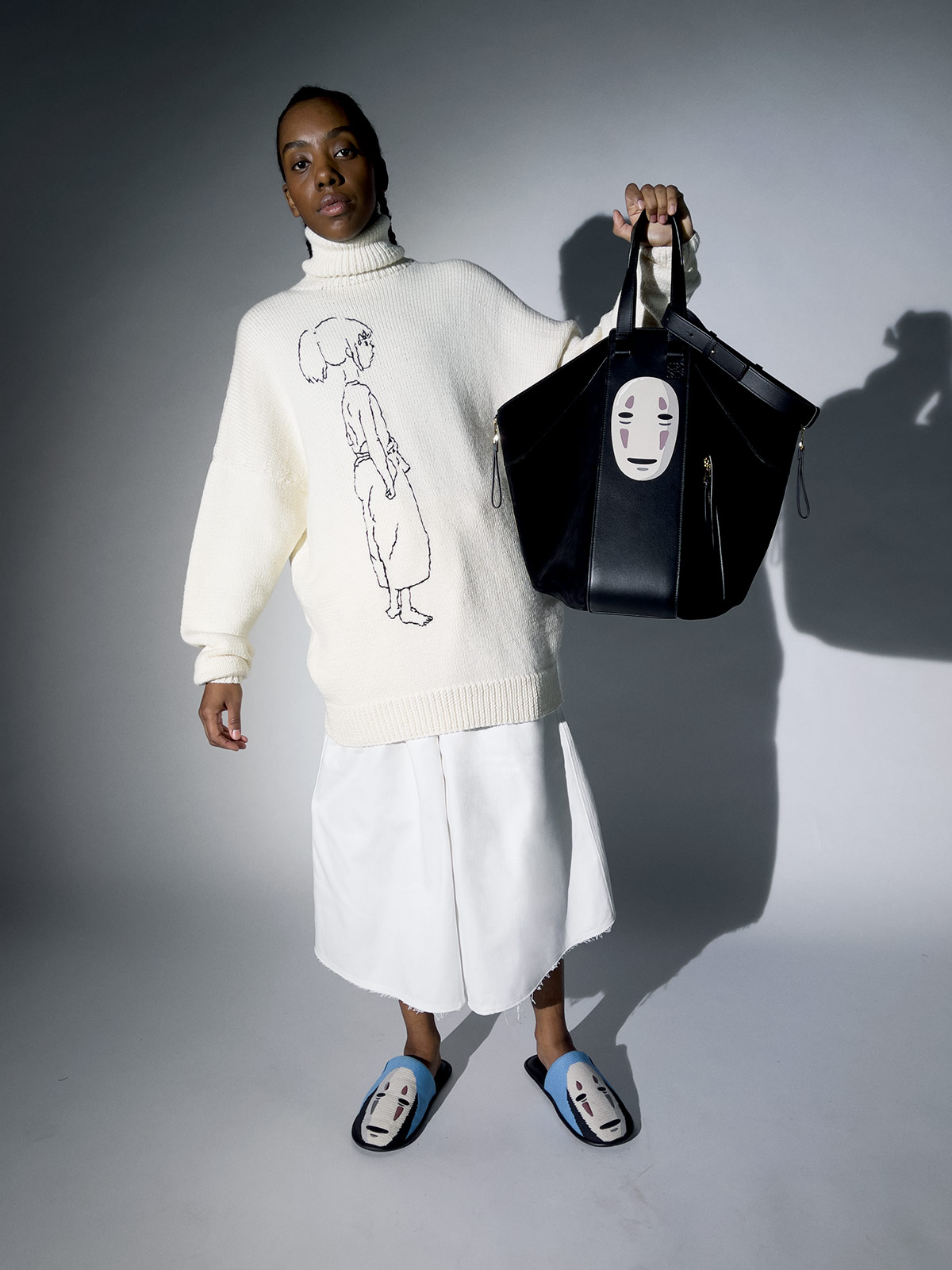 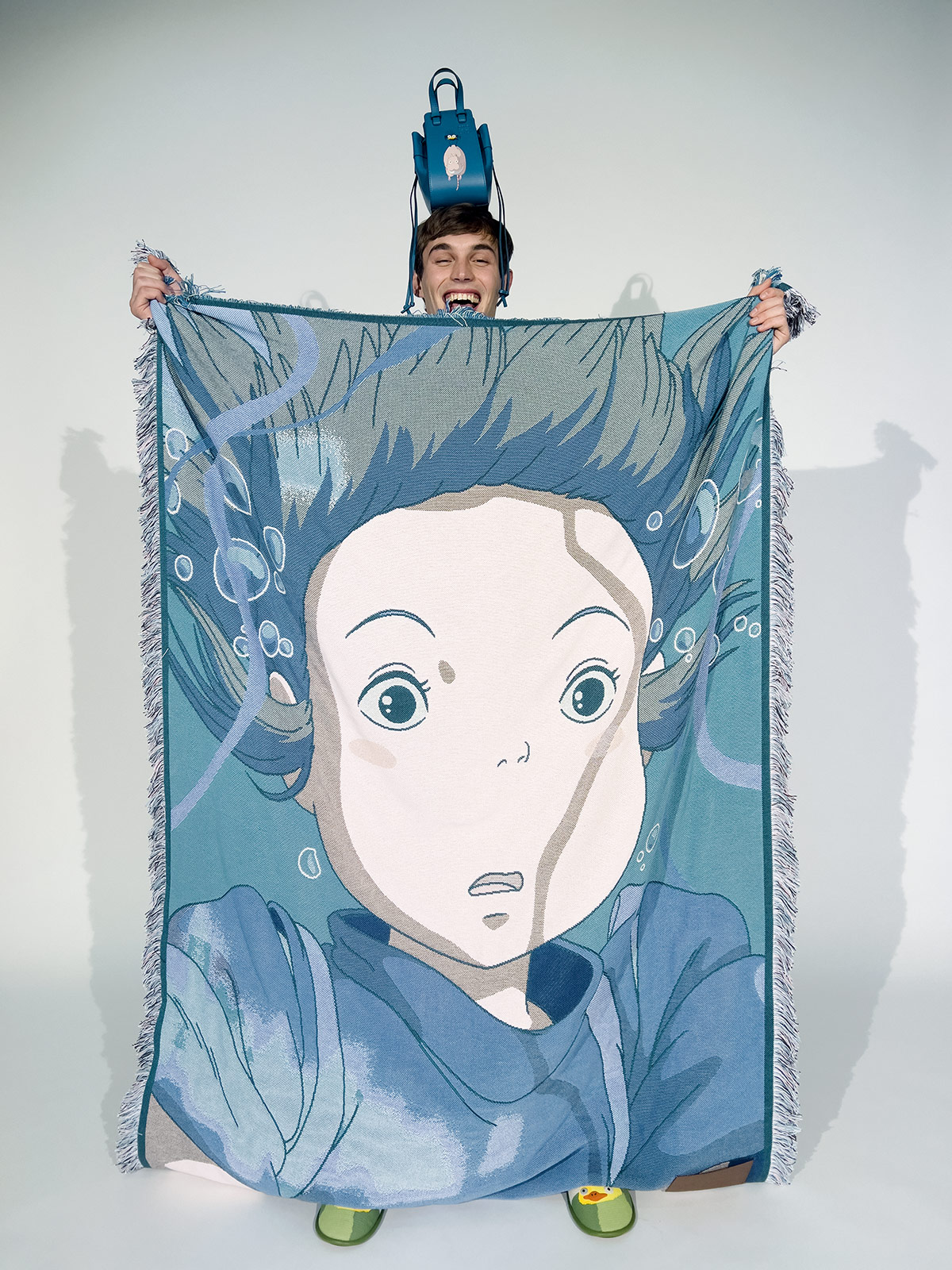 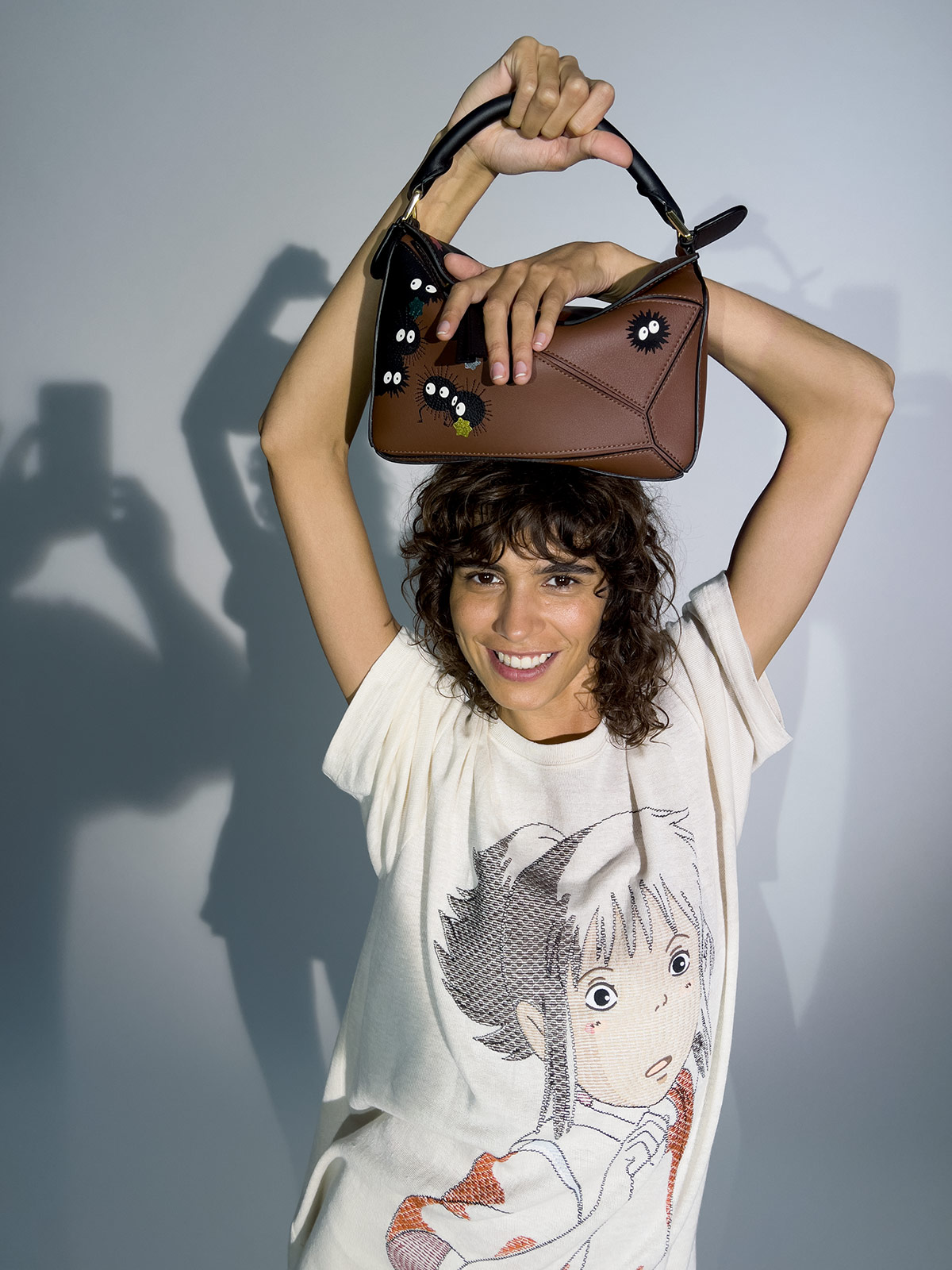 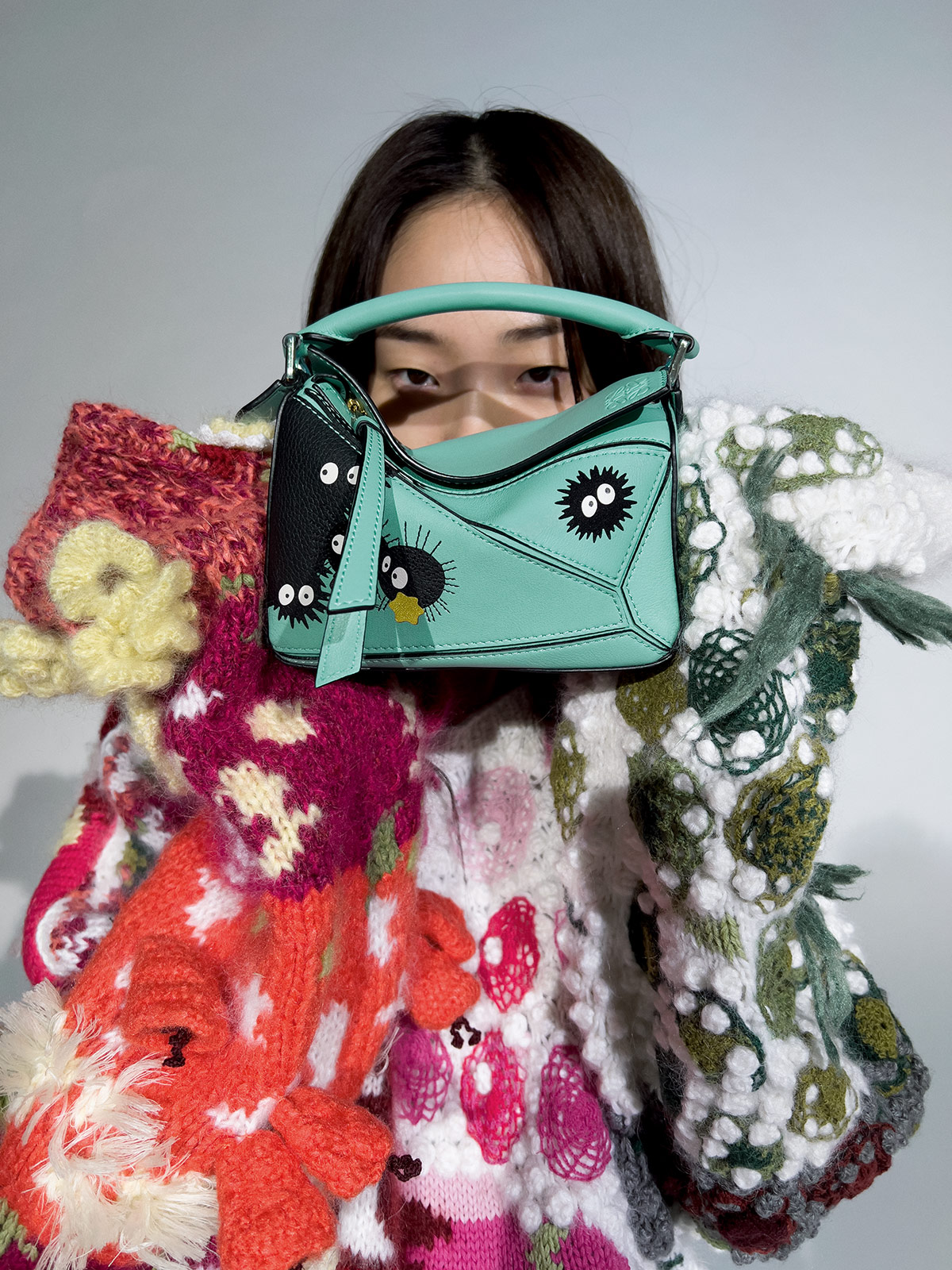