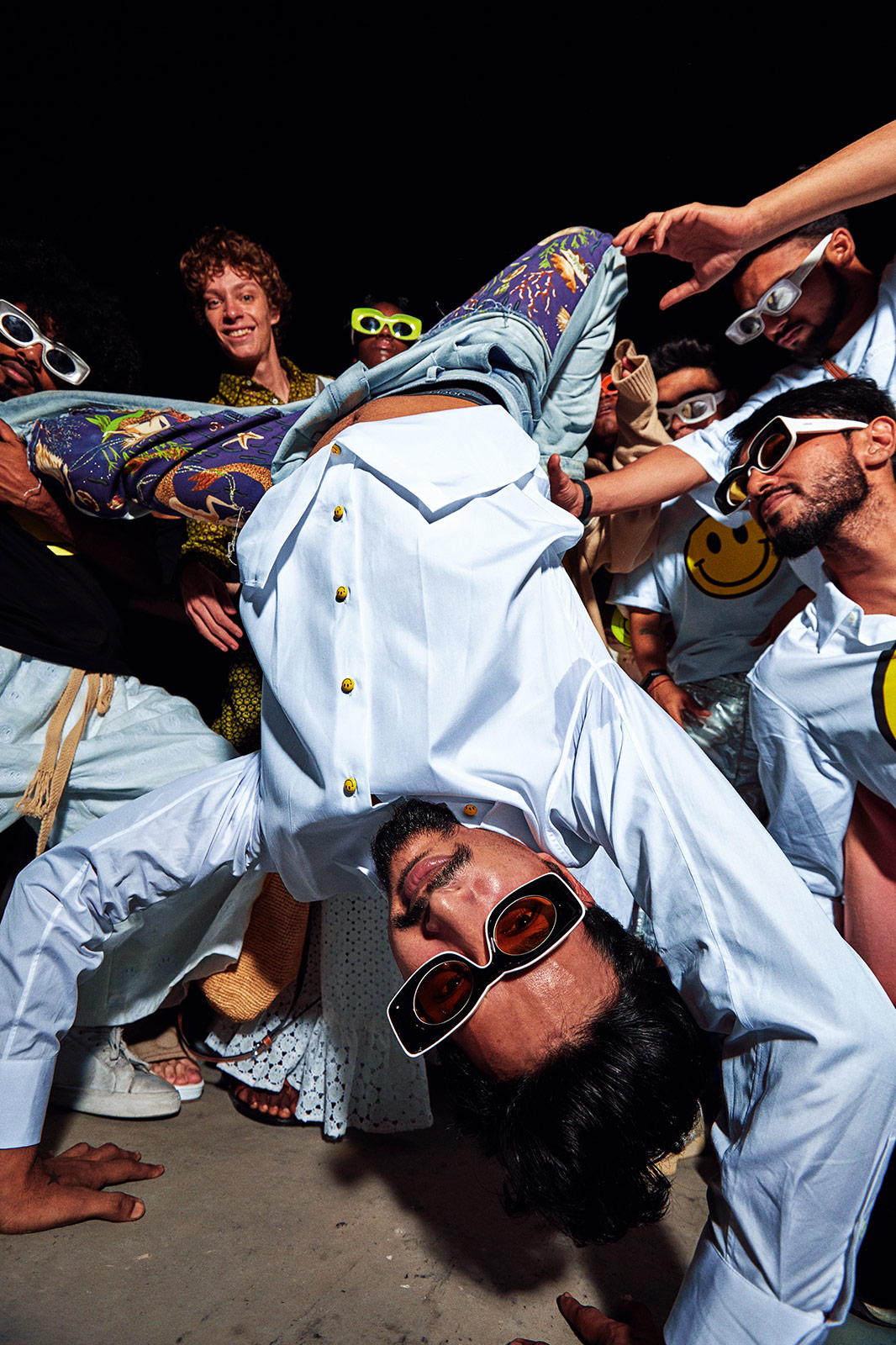 “Neon to me signifies freedom, energy, a positive gaze into the future,” says Loewe’s Creative Director Jonathan Anderson, who’s just presented a second drop of the famous Loewe Paula’s Ibiza capsule collection, this time focusing on rave culture and the so-called Second Summer of Love in the Balearic island. “Spotting the movement was easy, even before hearing the sounds. It was full of colourful characters wearing bright neon hues. The energy, togetherness and positivity emanating from those ultra bright brights left a lasting impression on me.”
In 1988, the Acid House sound and movement boomed, expanding from Ibiza to the world – influencing youth culture and music everywhere, from the UK to India and its Goa trance scene. After the hippies started slowly disappearing in the mid-1970s, which gave room to glam, rock and punk, a new generation of open-minded, all-loving people popped up: ravers. Connecting with nature and themselves in endless parties that lasted several days from sunset to sunrise, an emerging scene took over the world, which influenced not only music but also fashion. “I was just a little kid when the Acid House sound boomed,” recalls Anderson, “but I still have vivid memories of that time and its colourful denizens. With the flourish of the Balearic Beat, the optimism of the island expanded to influence the world.”

The British designer has translated those feelings of boldness, togetherness and parties in the forests and beaches into a very vivid, colourful collection. Fluorescent shades of yellow, green and orange characterise this second drop, with many pieces and accessories also featuring a Smiley – the sunny yellow circle “which is an enduring antidote to the bad news and has always stood for creative subversion,” Jonathan says. Oversized jumpers, silver pants, long-sleeved tops, swimming shorts, tye-dyes or a more formal white shirt compose this rave-y collection especially thought for the summer. But on accessories, fluorescent colour gets even bolder – in the Slit, Mosaic, Balloon, Gate Pocket and Heel Pouch bags especially.

“This colourful capsule is all about optimism, elevated to an nth and captured in immediate objects. It is about sharing values as a community, most of all: an invitation to look together to brighter days ahead,” concludes Jonathan Anderson. Now go discover it on Loewe’s website! 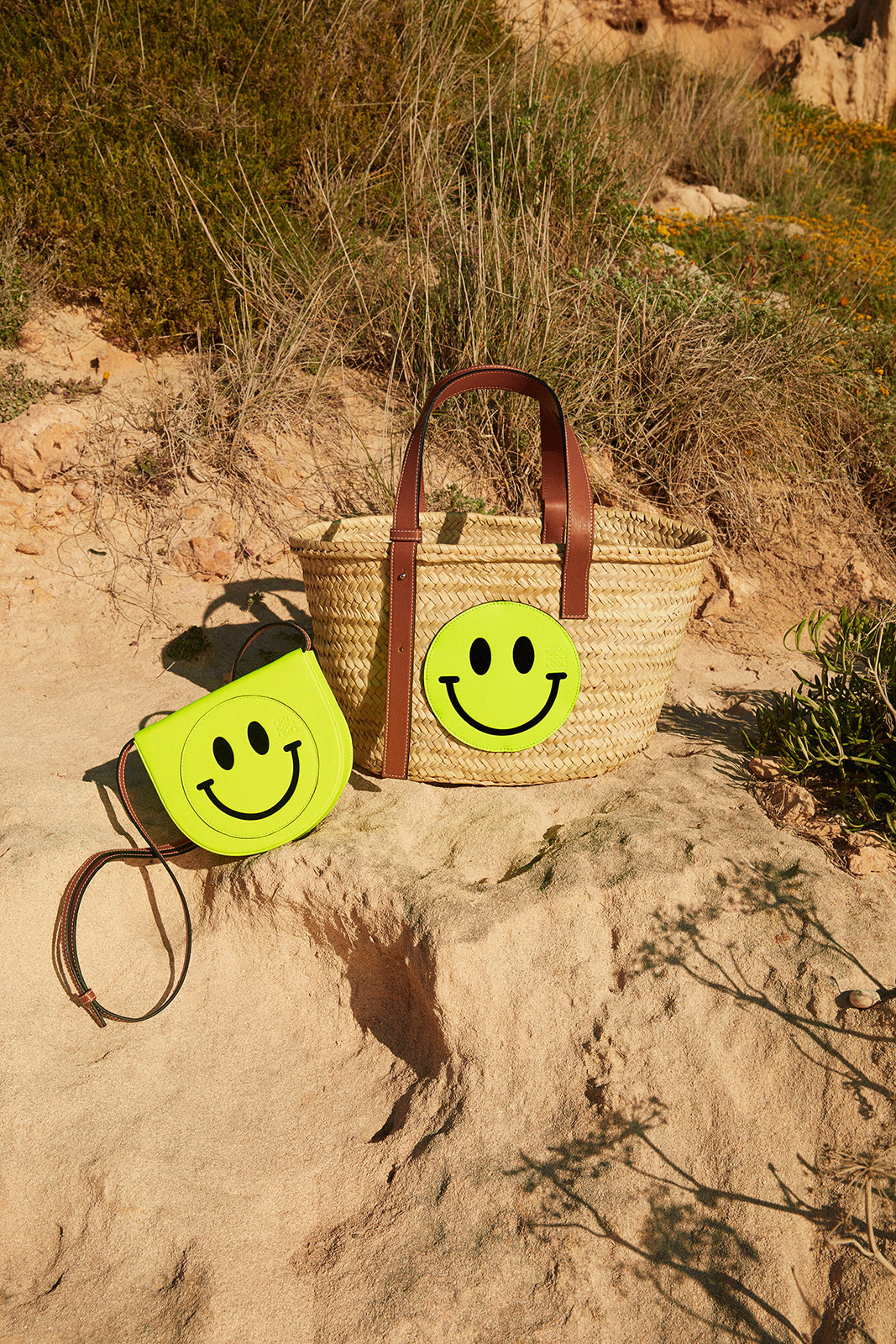 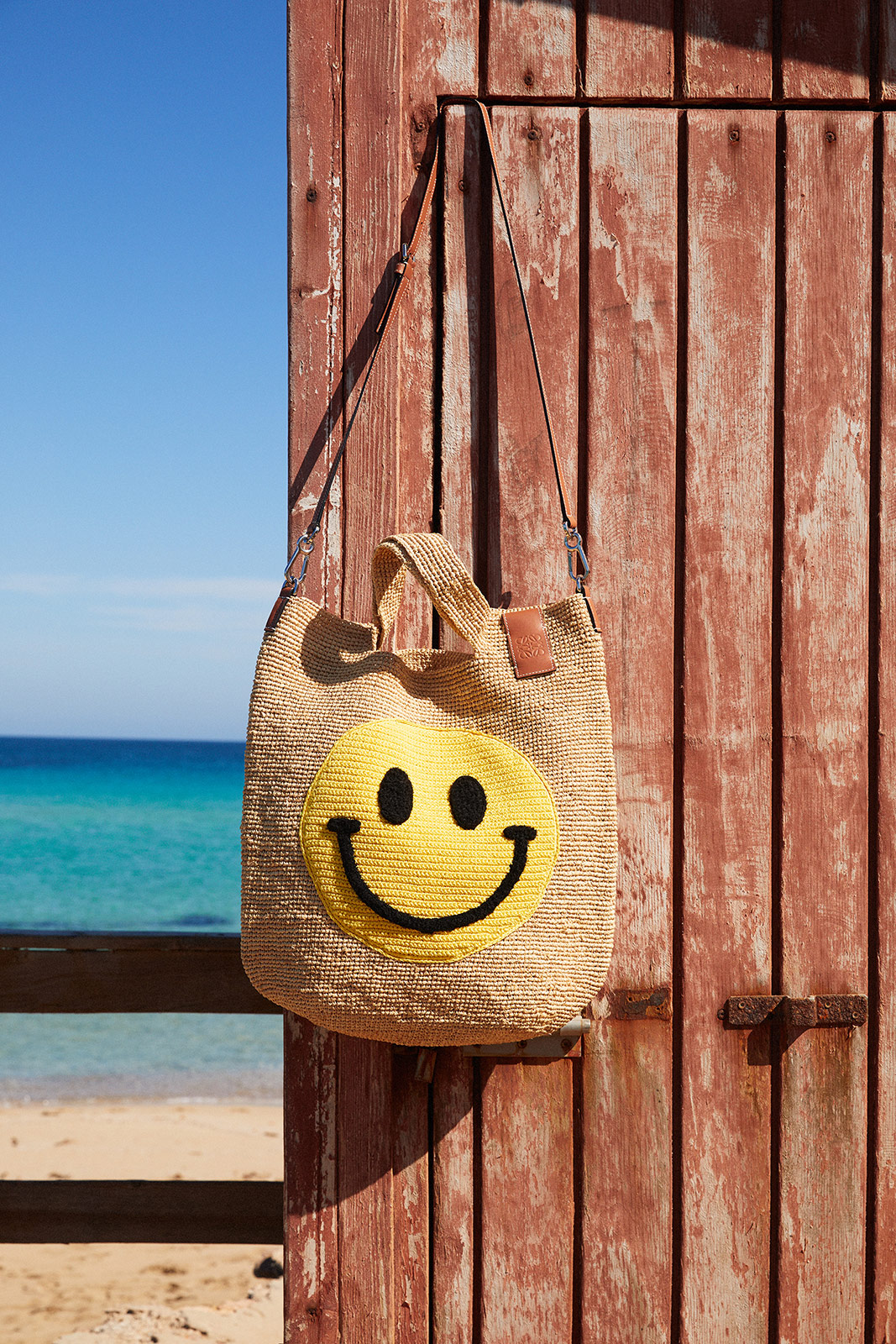 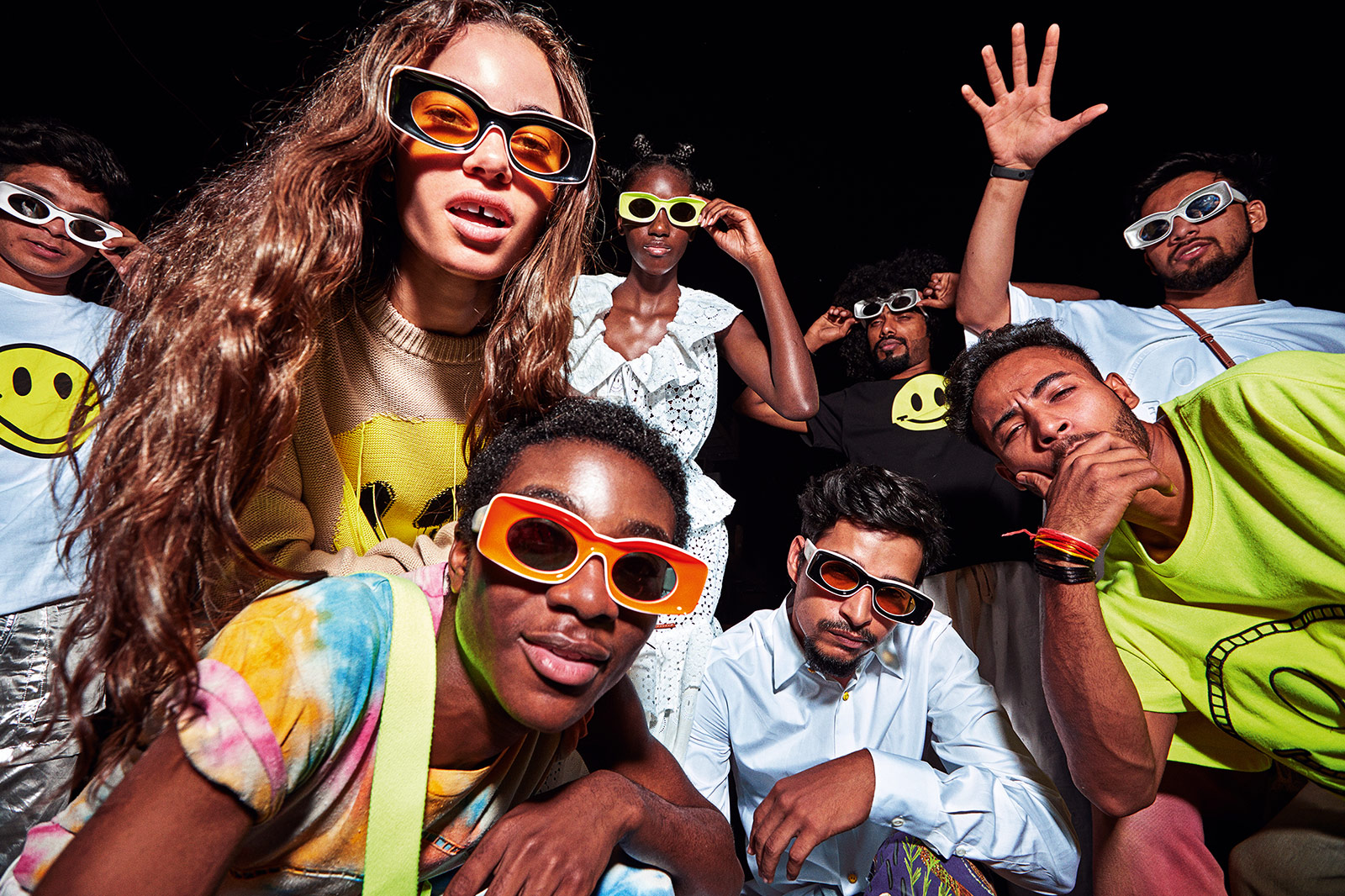 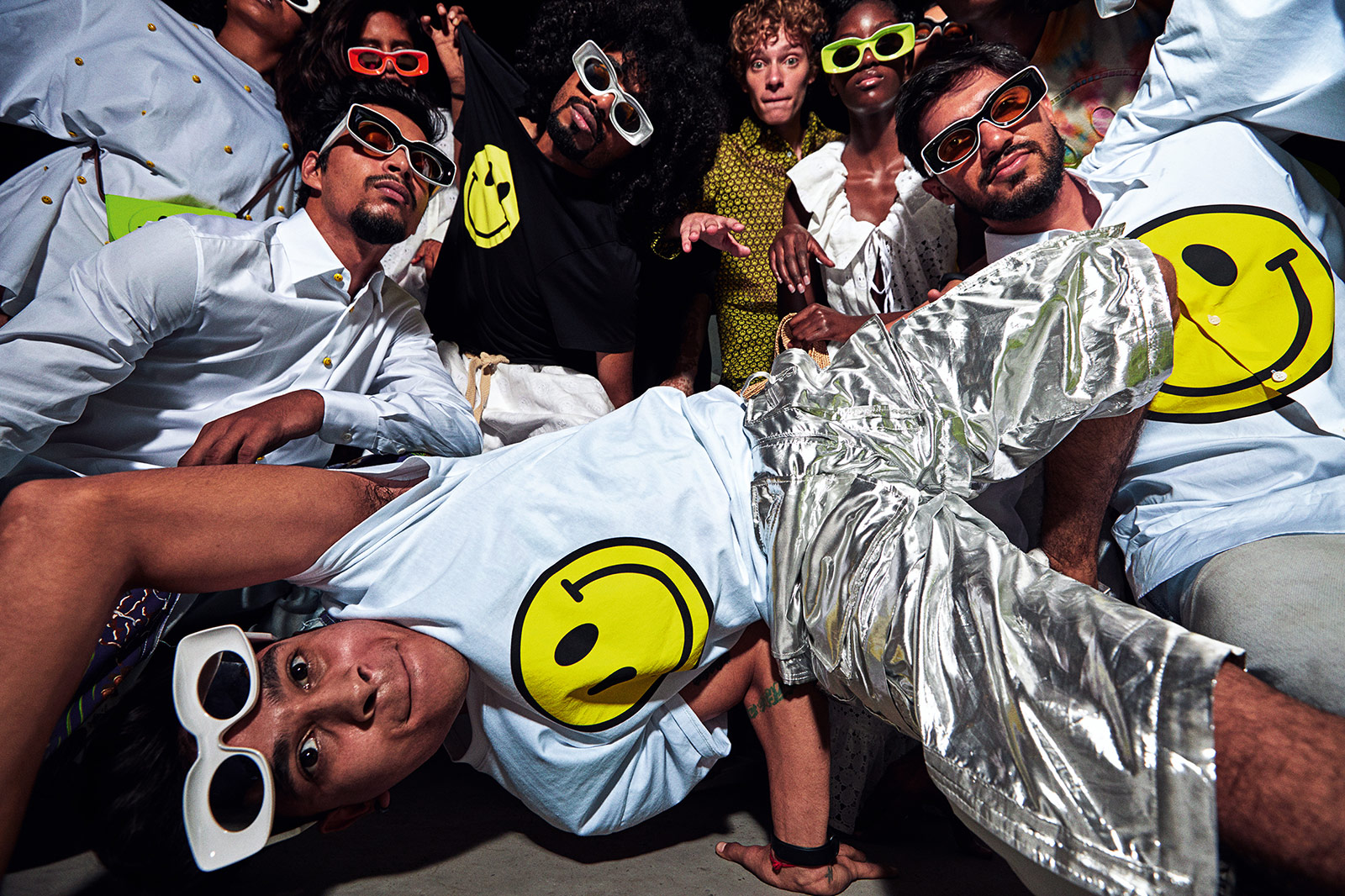 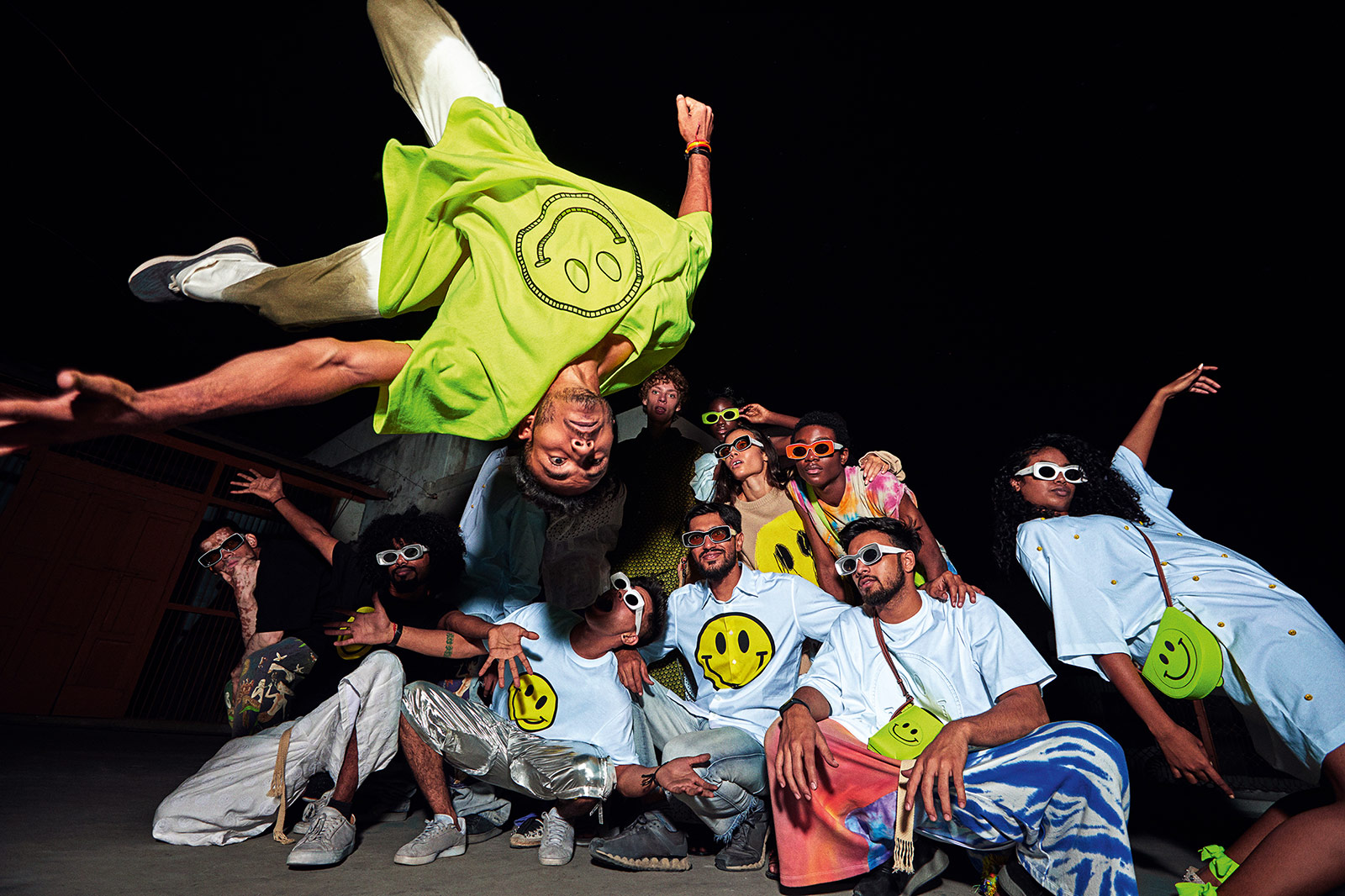 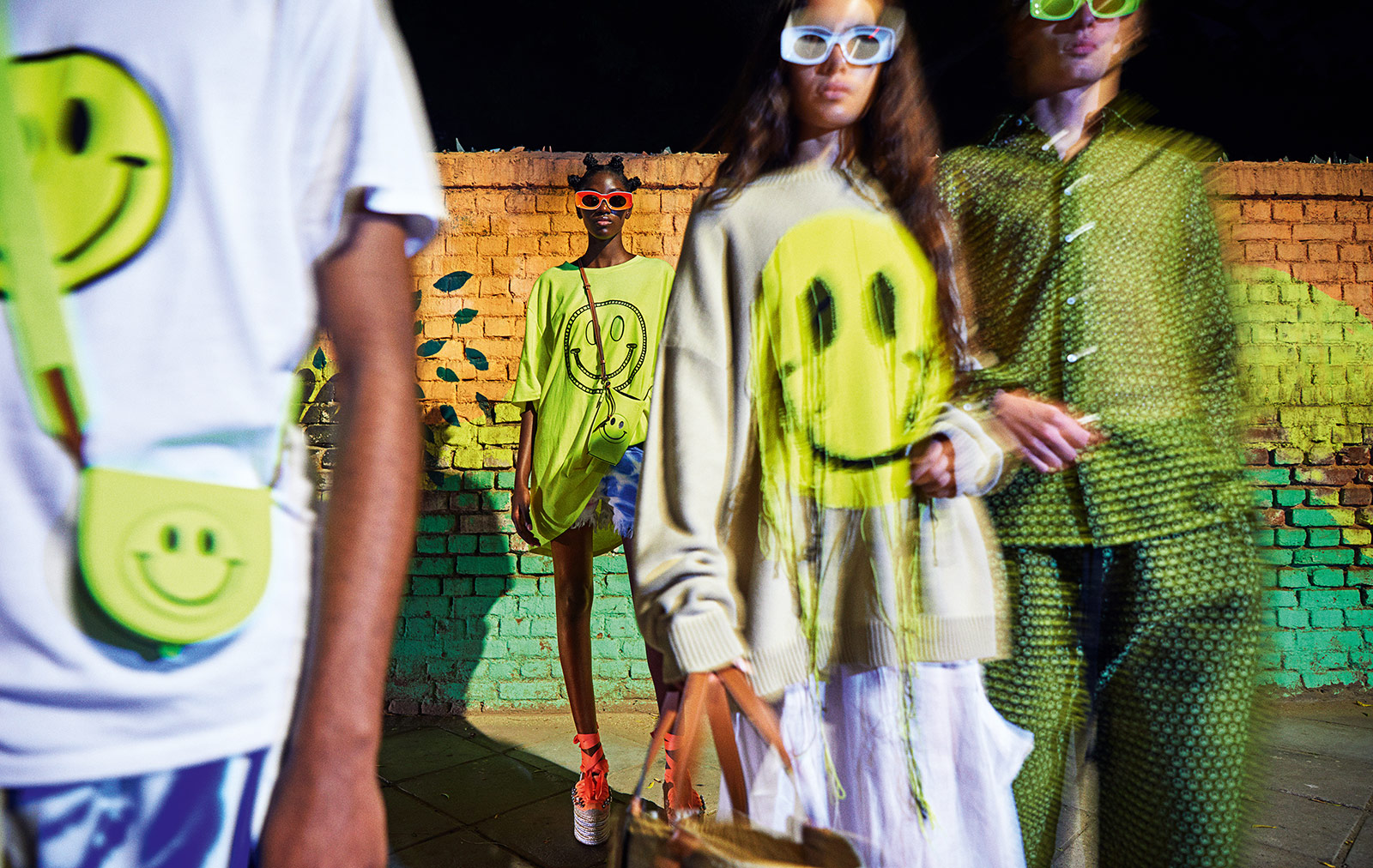 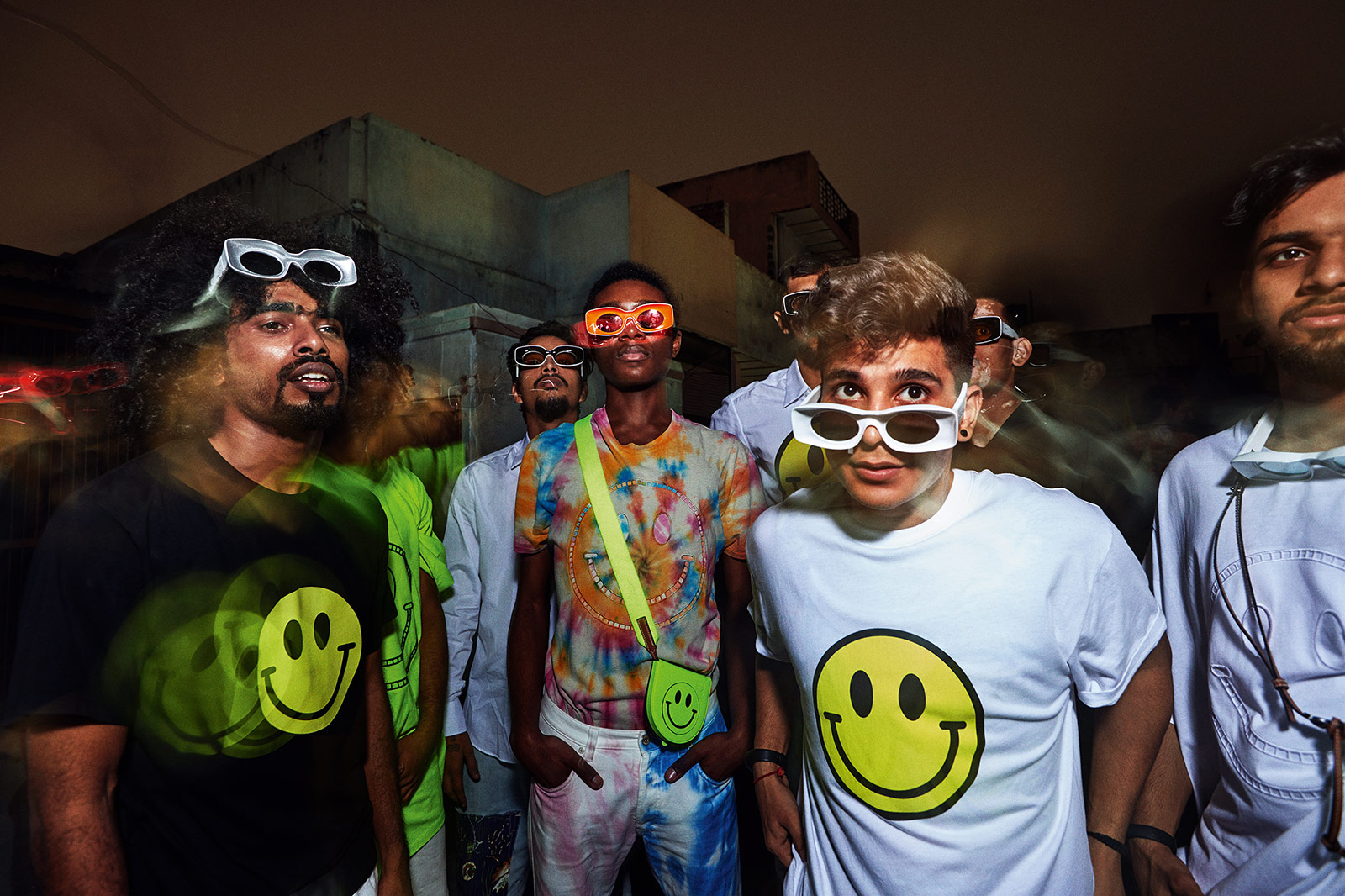 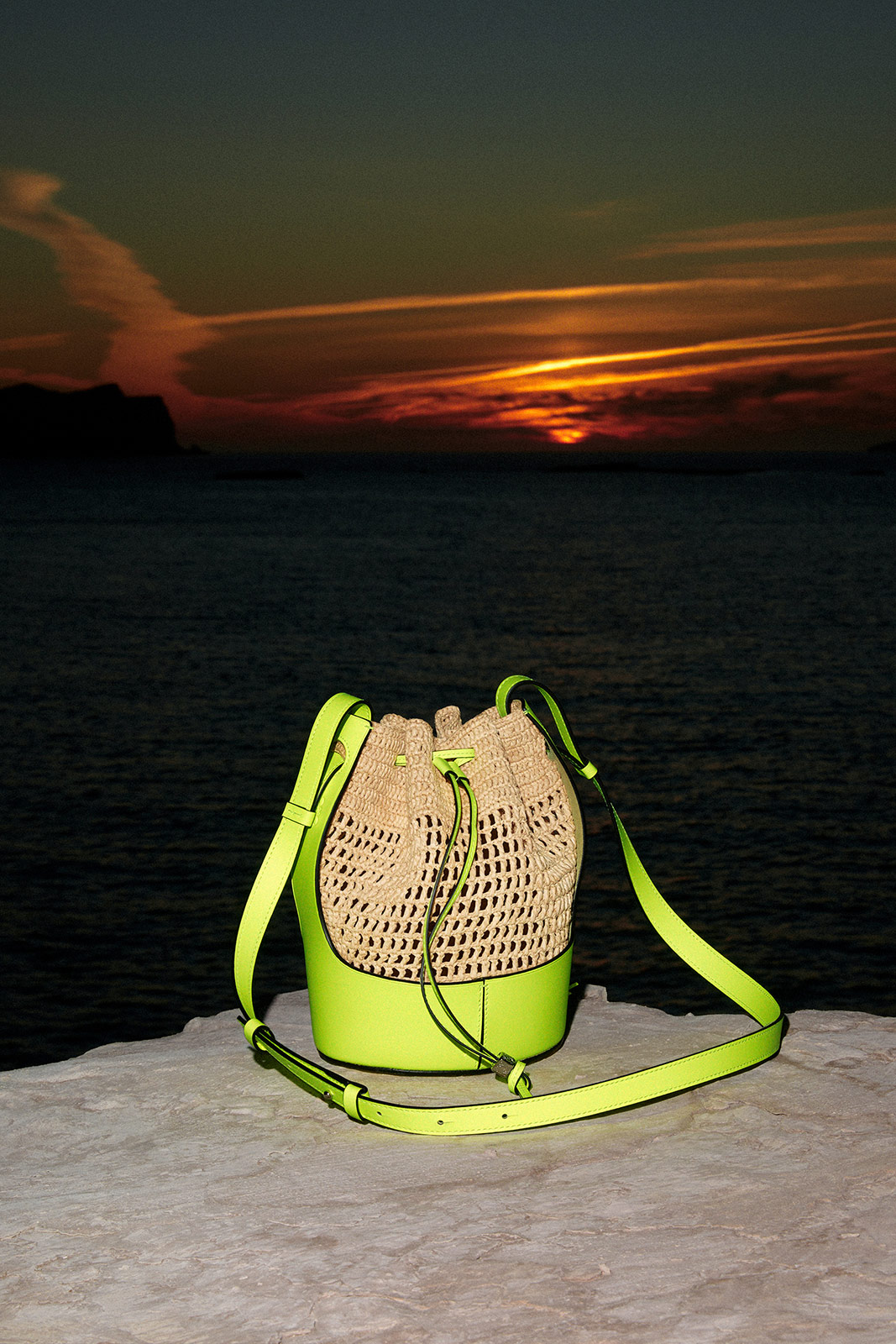 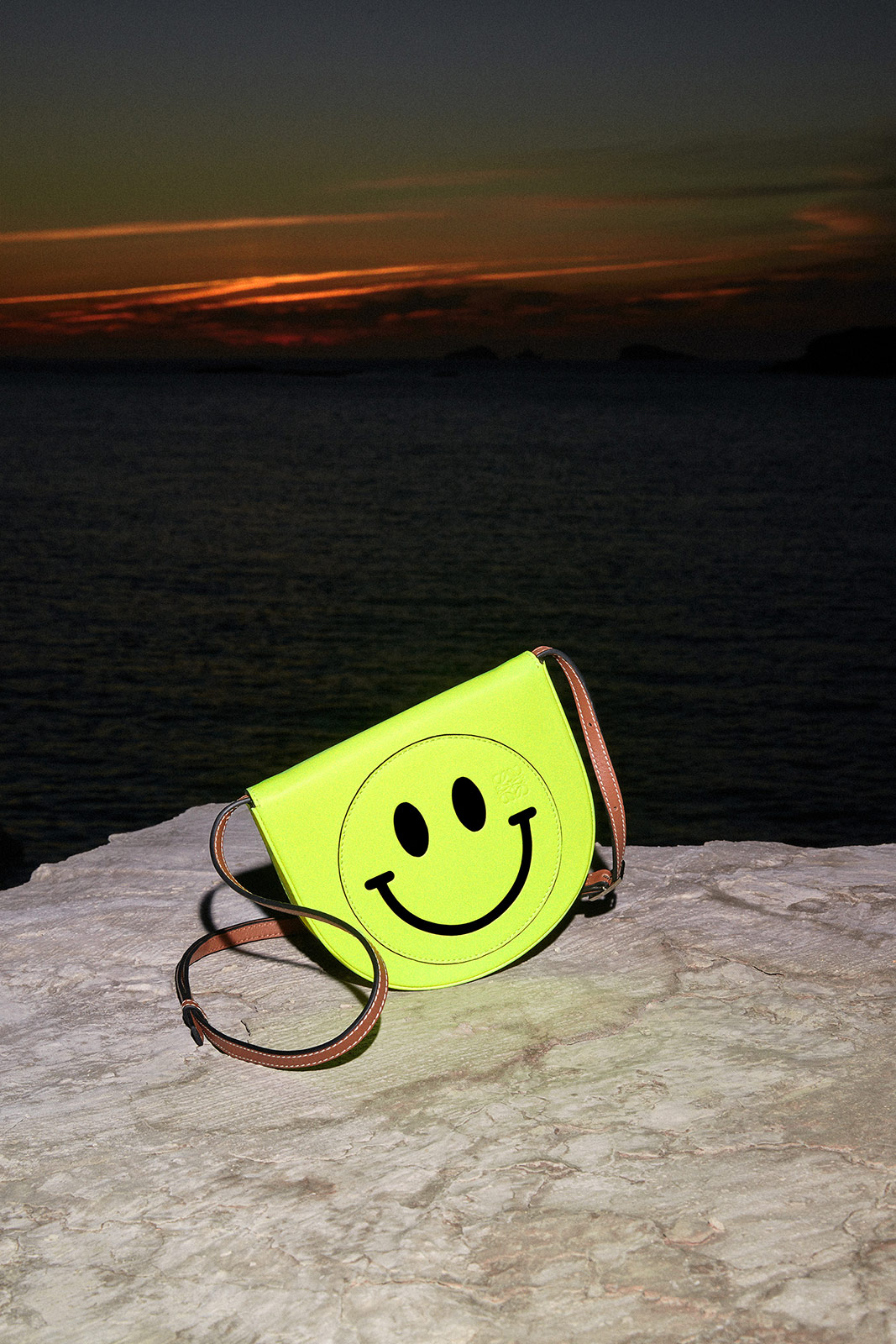