A window to escape 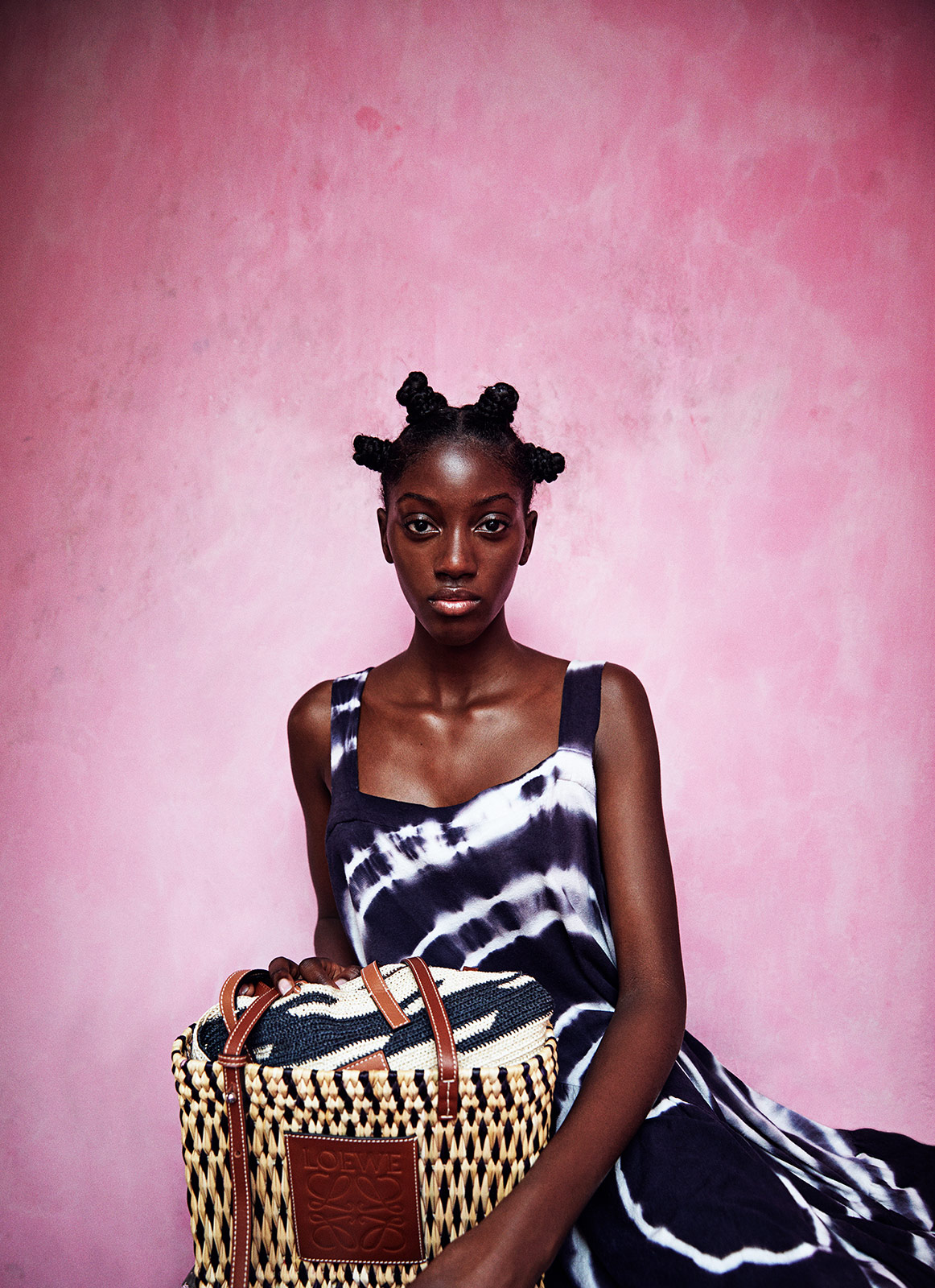 “I know this is not exactly the ideal time to launch products, but this is a project all the craftspeople at Loewe have been lovingly working on for some time, giving life to objects that are exquisitely lively and optimistic – as craft always is”, says Jonathan Anderson in a personal letter he’s sent as the Spanish luxury house releases its Loewe Paula’s Ibiza 2020 collection. “This is a happy, undeniably escapist collection, conveyed through colourful and energetic images, and I thought it might cheer you up.”
As usual, the sense of freedom, carelessness and escapism that the Balearic island represents and conveys is the starting point for Loewe’s Creative Director to work on the happiest, most colourful, explosive collection of the house. “I’ve always said that Paula’s Ibiza embodies the spirit of letting go. In this collection, that ecstatic abandon is total: part rave, part cyberdog, in acidic neons, faded olive greens and borderline hues of scarlet, sunrise orange and midnight blue.” Diving into Paula’s iconic prints inspired by the natural world, Anderson “pillaged from this kaleidoscopic archives” and found vivid prints featuring red corals, mermaids, waterlilies or Jikin goldfish.

Described as a “visual feast”, the 2020 collection features ready-to-wear pieces, accessories, shoes and bags inspired by the beach, the sun and the Mediterranean, but also especially thought for warm days and beach settings. “The feel is about a summery, playful ease, part leisurewear – long linen tunics, cropped dungarees and bleached jeans – part classic summer staples – striped aprés-swim overshirts and soft terry tees”, which are completed with spiky tops or reflective silver trousers. The bags are just as playful: following models like the Elephant bag, the new collection expands the animal kingdom to sea creatures like dolphins, whales or octopuses. And in addition to them, there also bags resembling fans, or earrings and charms in the form of seahorses and stars.

In order to make the collection even more lively, they’ve released the Paula’s Ibiza debut fragrance – for both men and women –, “a spontaneous and carefree composition distinguished by a playful dynamic between opposing notes of warm ambergris and fresh coconut water”, they explain. Bottled in a beautiful package with a degradé ranging from green to red, orange and yellow, the fragrance is limited edition. As Anderson says about the entire collection: “The sense of escapism and joy becomes total. As a positive and energizing message, I believe it is very apt for this moment.” 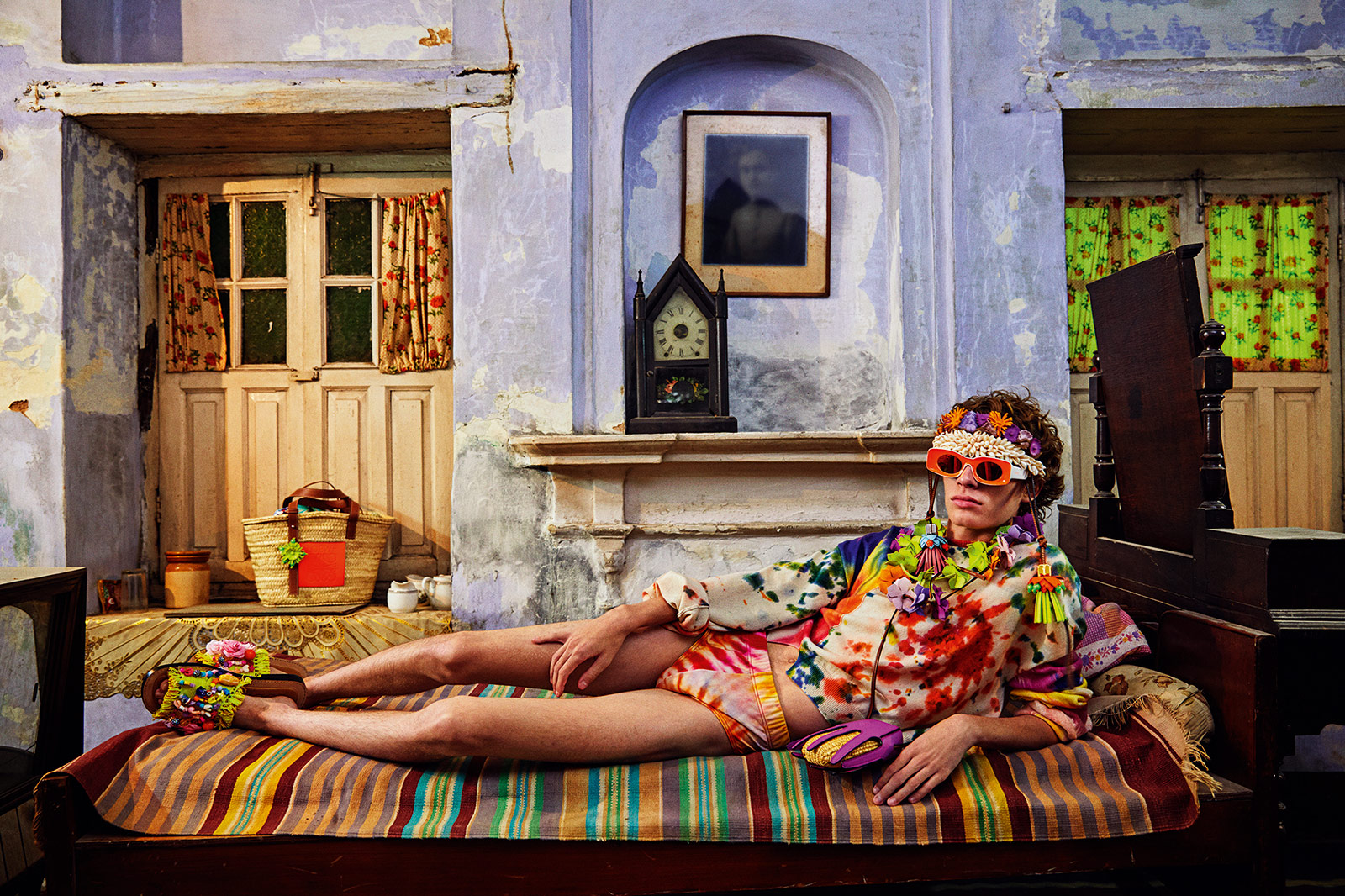 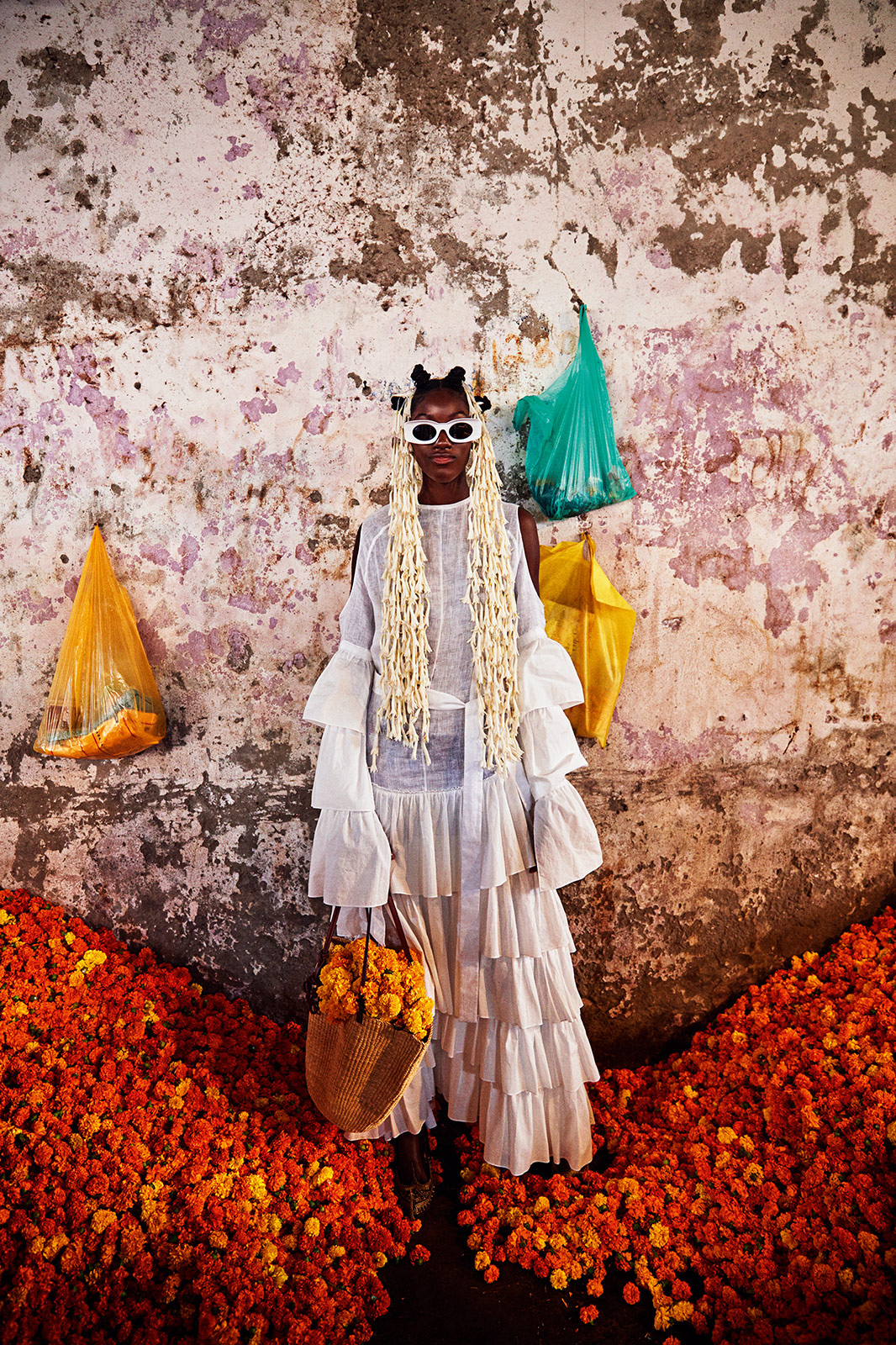 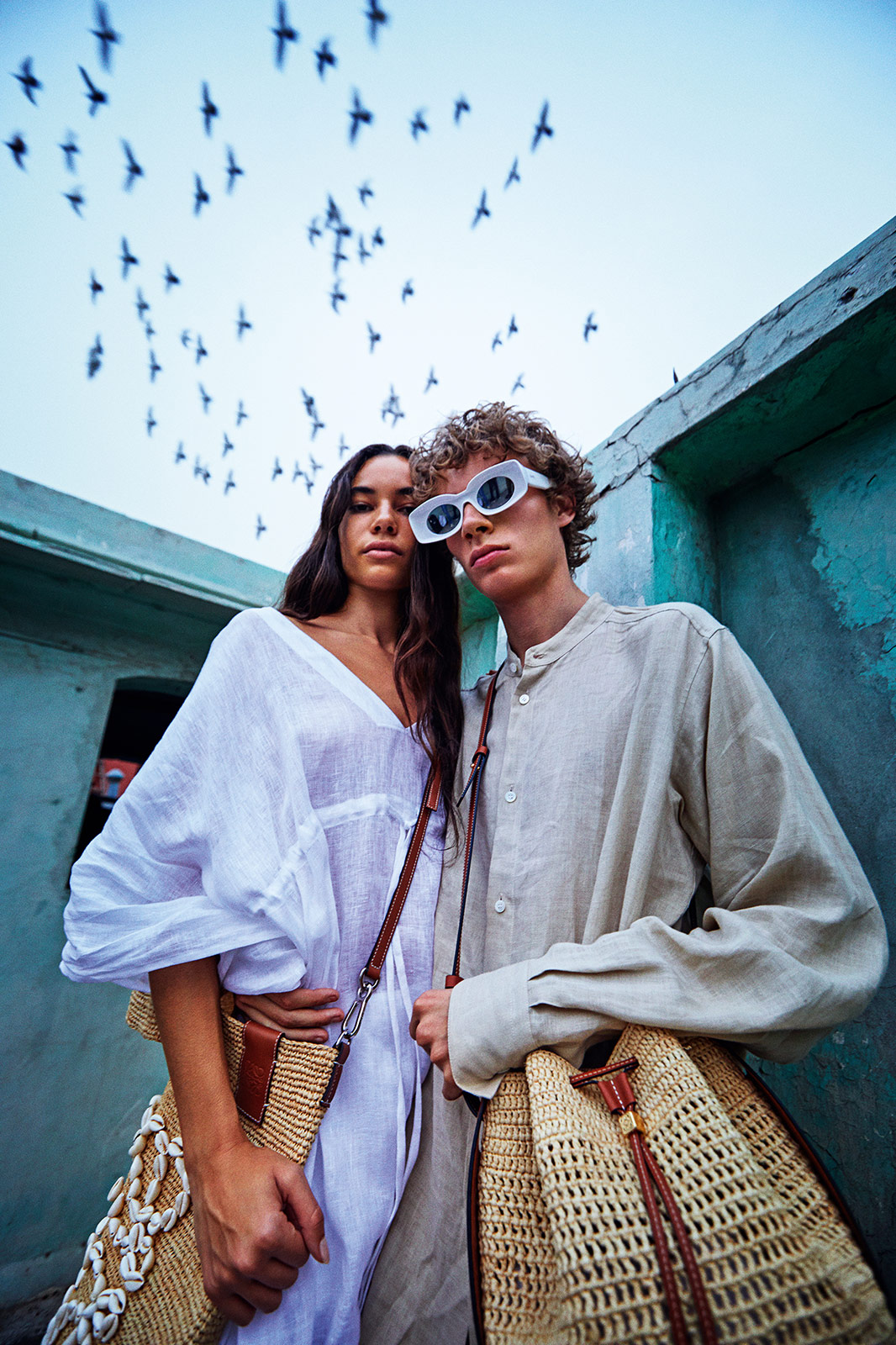 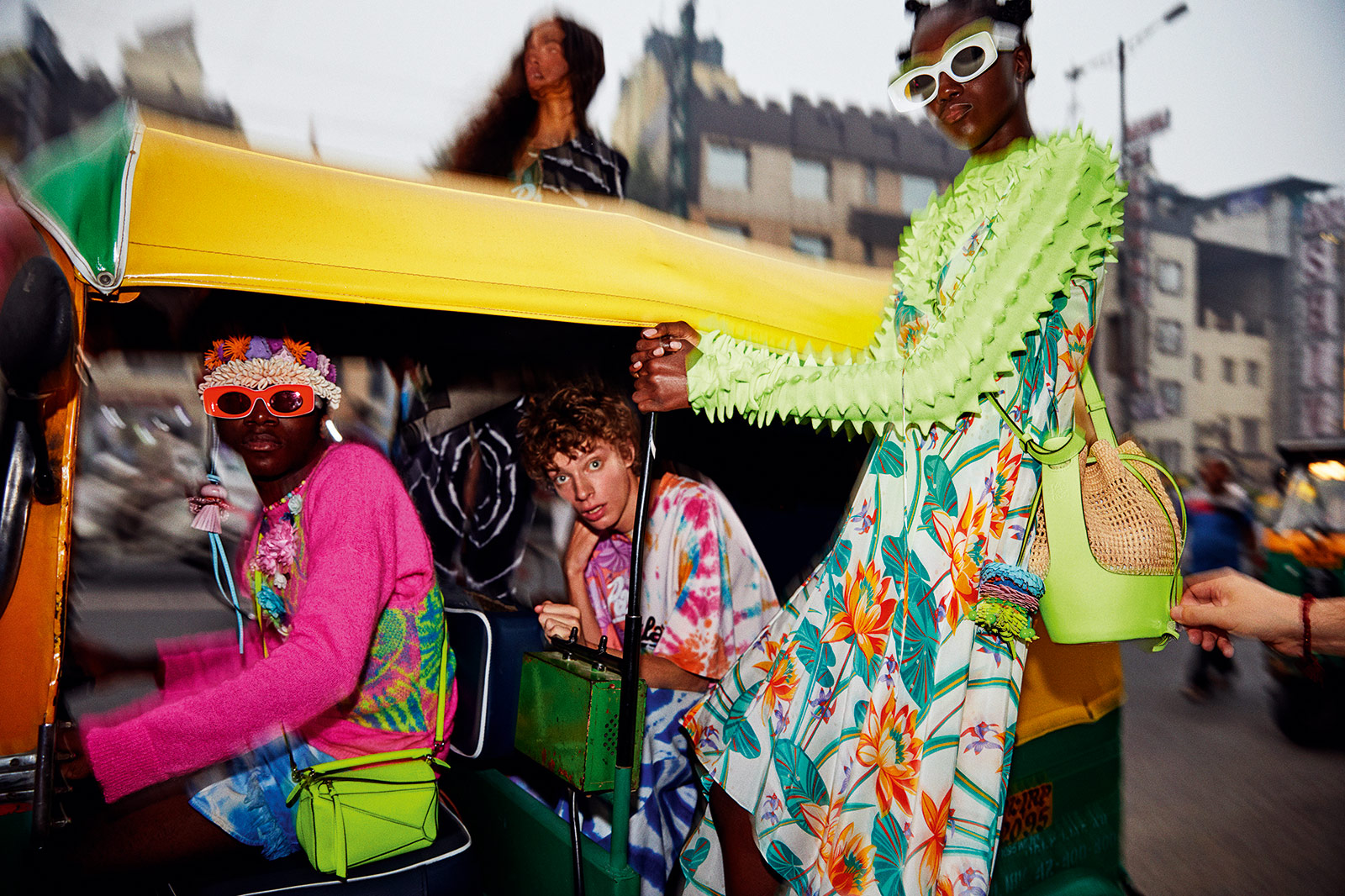 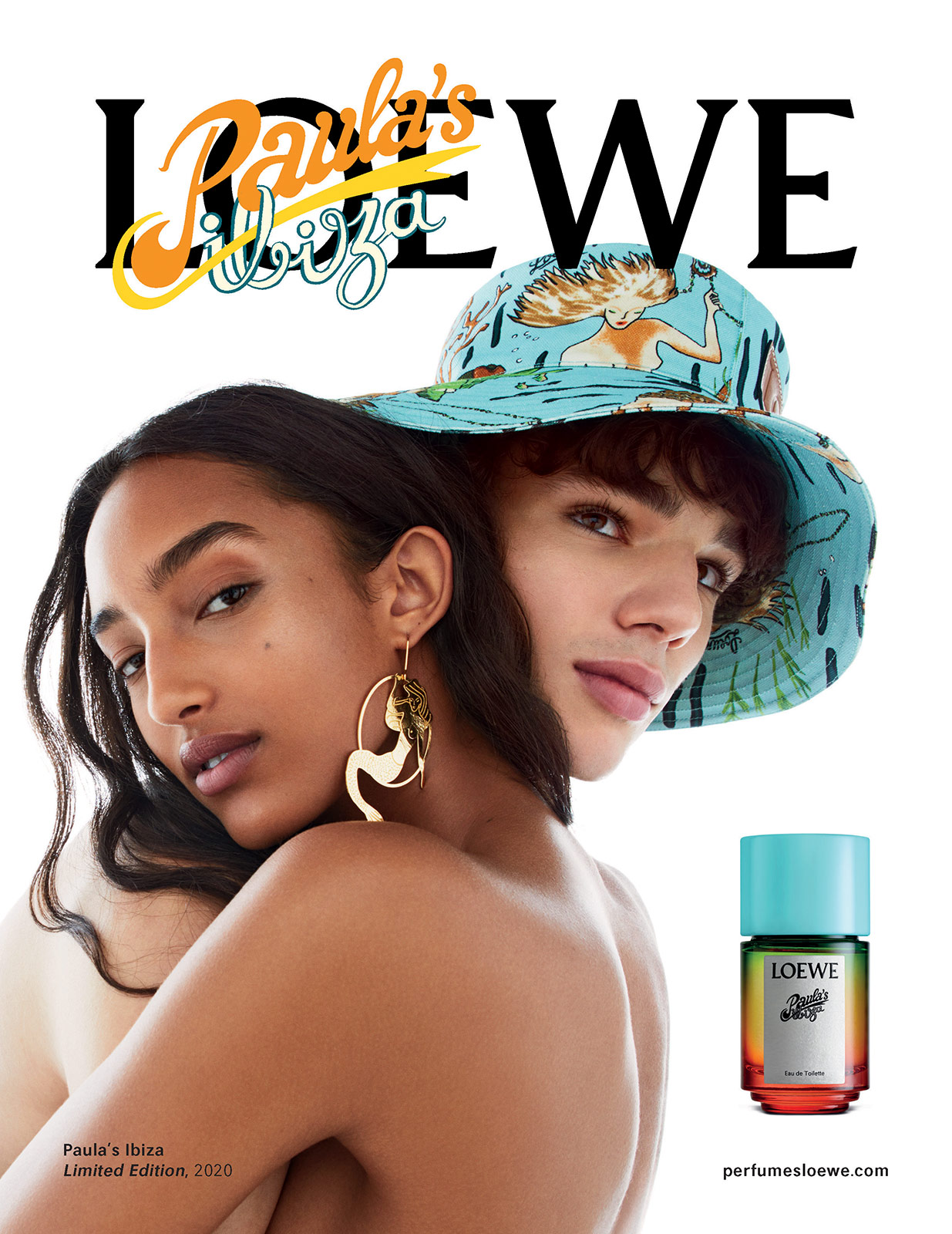