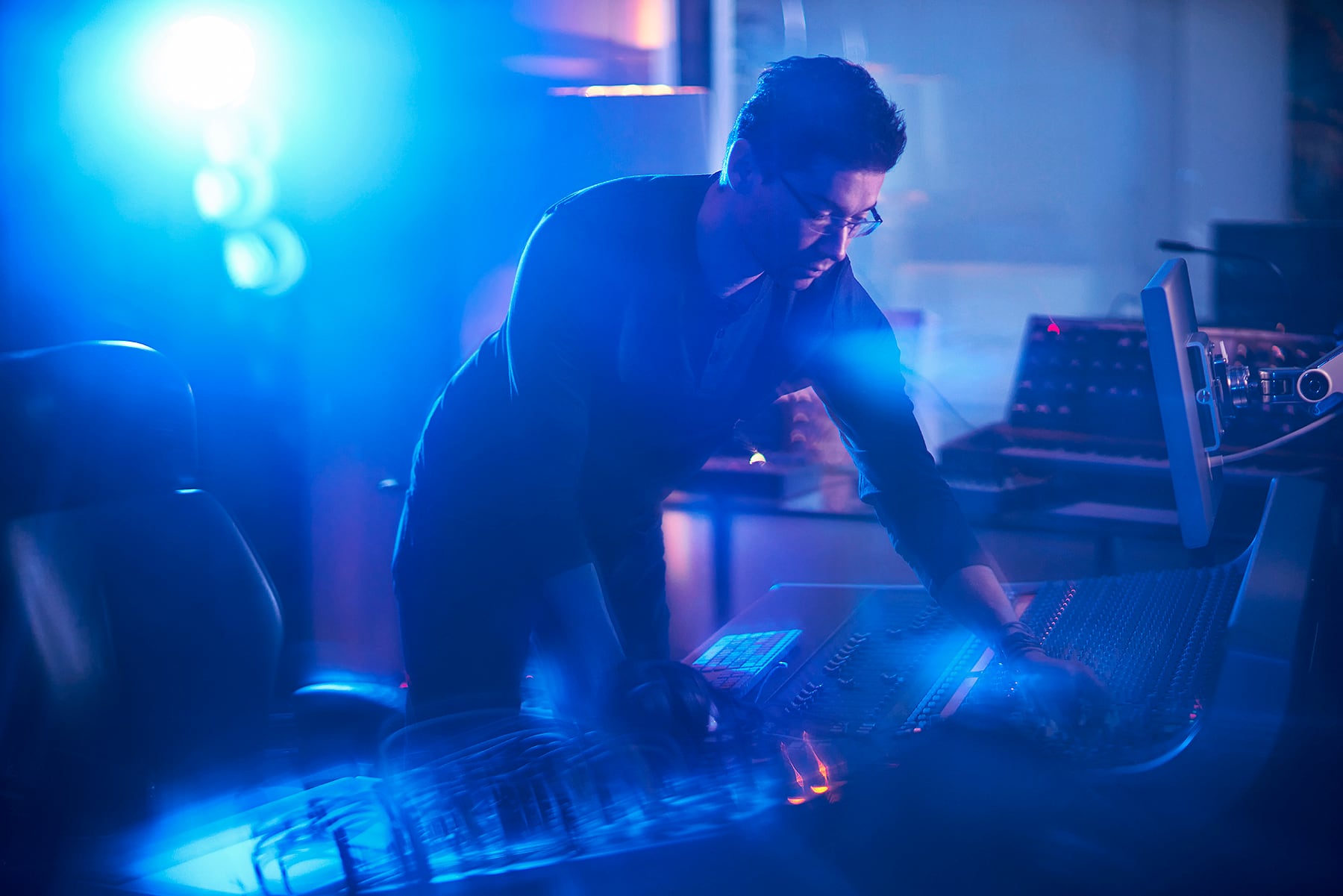 “I guess that even though I love to collaborate with artists, this time I capture in this album to work by myself,” explains Miami-based Mexican producer and composer Leitvox, for whom his second full-length album released in 2020, Under The Skin, is his most dance and techno musical proposal to date. And it is that this step forward in his career, which began with the release of his first EP, Fall From You, almost a decade ago, moves away from the collaboration process so characteristic of the artist, becoming a personal adventure in which he was in charge of the design and direction of everything. The full-length release is now out on vinyl and can be purchased here.

He worked in the studio in solitude and the result shines with his truth and personality. “I composed, produced, and mixed it so it was a lot of work, but the sound it’s myself, and that is important,” says the Miami-based producer, who lived in London for several years and worked with Ladytron, Unkle or Gus Gus, among many others. And is it that his second album, Under The Skin, made up of seven tracks ranging from Odalisque to M 82, is the second full-length chapter of his musical career, after releasing his first album (with fourteen tracks) Floating Promises in 2014.

Having collaborated with Ilan Rubin (Nine Inch Nails) or Nina Miranda (Smoke City), Leitvox now combines his experience in music production and composition with an impressive aesthetic sense that he embodies in his videos. The visual piece that goes along with his single Blue Crest deserves a special mention, as in it dance prevails while embracing sound and the celebration of human movement. And now, the full-length album Under The Skin, which was composed, produced and mixed by the artist himself, is now out on vinyl.