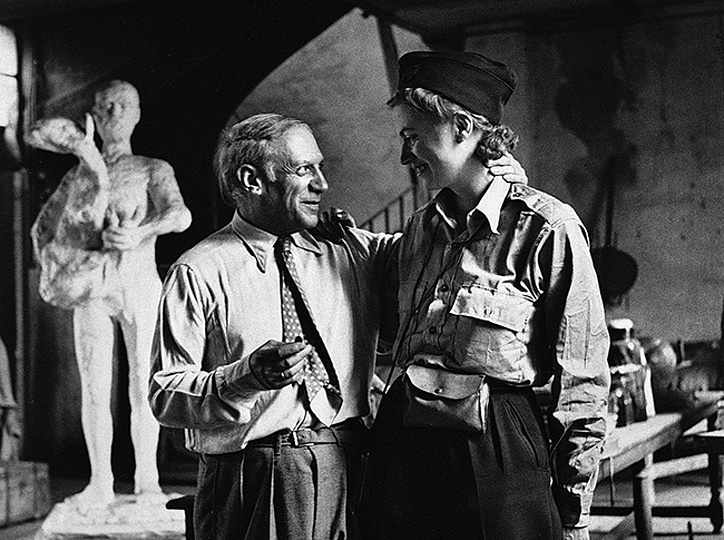 She was the model turned war photographer turned art groupie; he was perhaps the most prolific painter of the 20th century. Lee Miller and Picasso’s 36-year alliance has gifted us with over one thousand photographs of Picasso and six portraits of Miller, with around one hundred of those images and portraits of her now on show at the Scottish National Portrait Gallery.

Miller’s dip-toe into the world of modeling as a teen lead her into the role of muse, pupil and lover to Man Ray before teleporting to the other side of the camera. She was the only female photojournalist active in European combat during the Second World War. Miller almost crudely projectile vomited harrowing images of historic turmoil and despair, juxtaposed by photos of her bathing in Hitler’s bath; typifying her idiosyncratic approach. She shot fashion for Vogue, evidencing her sheer versatility and the contrastive nature of her work as well as her ocular narration of events.

Picasso was frequently photographed by Miller at his Parisian studio; his mish-mash of clutter and works of genius in progress are seen dynamically arranged around his workshop as steady hands put the finishing touches to sculptural masterpieces. He completed six portraits of Miller, L’Arlesienne, one that previously hung in Miller and her husband Roland Penrose’s house now stands as an imperative asset of the exhibition. A few of the photographs show them at Picasso’s home playing dress-up and sporting geeky fake glasses and ghastly comedy noses. If anything, it showed him as a clown of sorts, commanding the center of attention and joking around as though we were being exclusively invited to peek at behind-the-scenes footage of the usually serious hombre.

The company that Miller and Picasso attracted came in the form of an exuberantly eccentric group: poet Paul Éluard, Surrealist painter Roland Penrose, Man Ray and his paramour Ady Fidelin, and subject of Guernica, Dora Maar amongst others. This clique of gregarious characters embarked on fun and frivolous adventures together out on the Côte d’Azur, France. The photographs chosen for the exhibition are informal, intimate and jocose, stripping down Picasso’s walls and capturing him relaxed in trusted company. Miller’s meticulous compositions capture the father playing at the beach with his son, showing his loving and caring allure; not just the mighty maven of international acclaim composed behind an emotionless facade. Lee Miller captured one of history’s most prominent images of Picasso, whose intense eye is fixed on the camera lens appearing to have her as the focal point of his infamous wandering and equally cutting gaze.

Lee Miller and Picasso is on show at the Scottish National Portrait Gallery, Edinburgh until September 6. 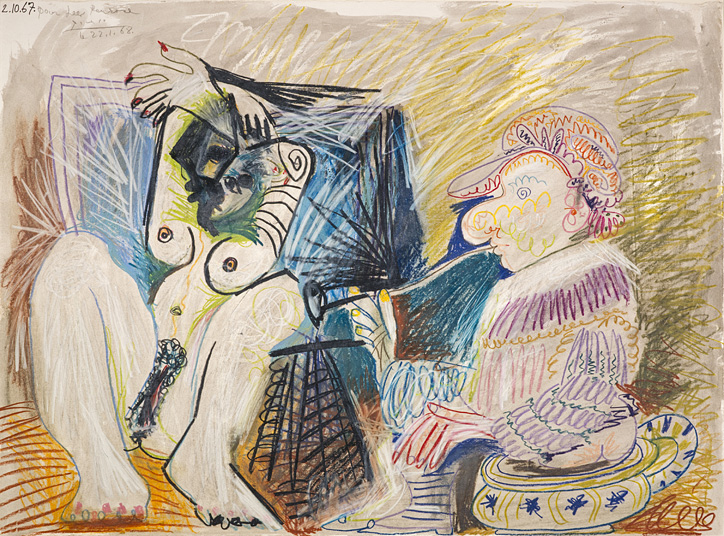 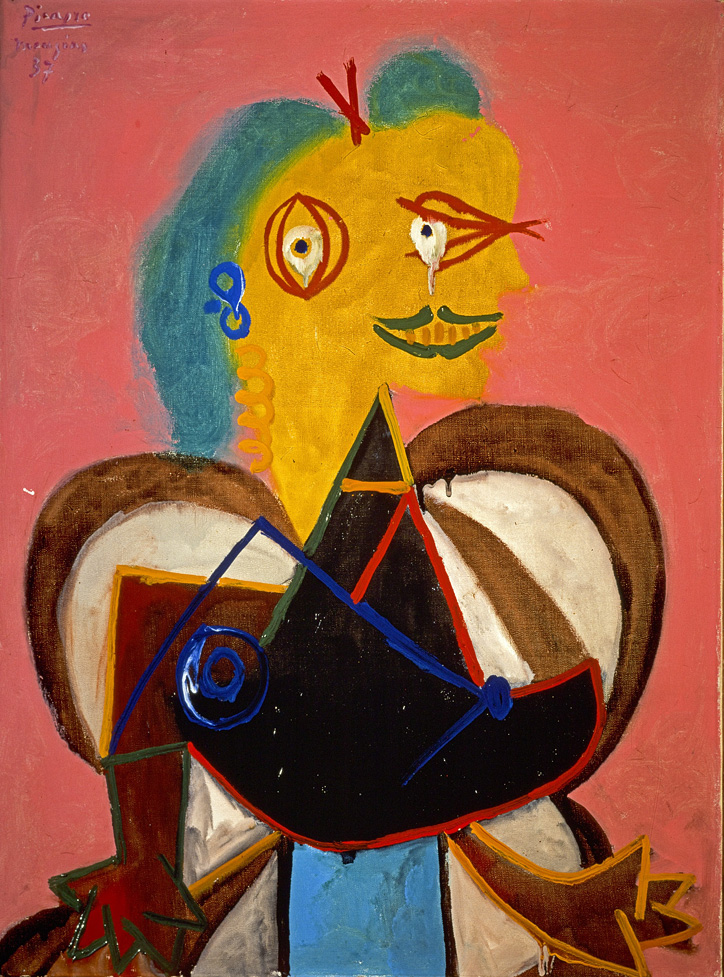 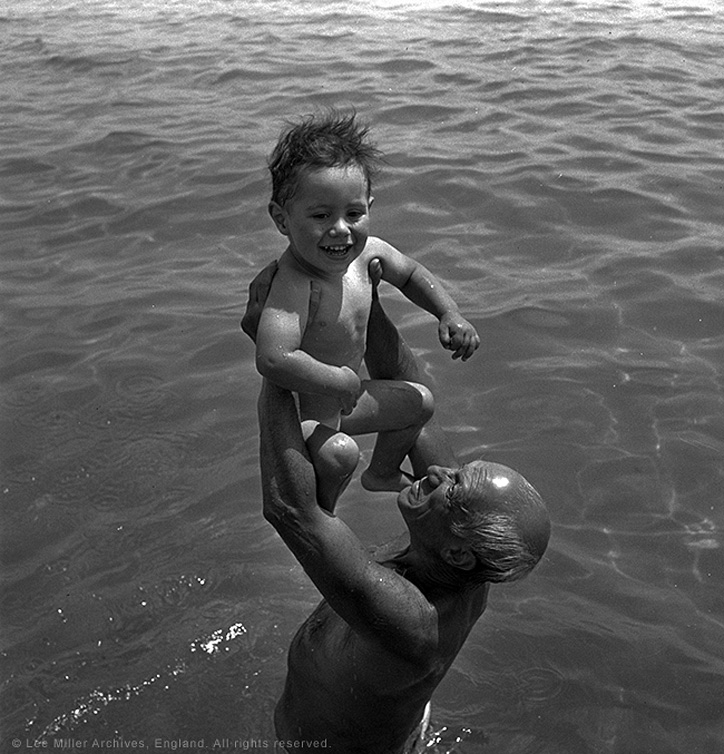 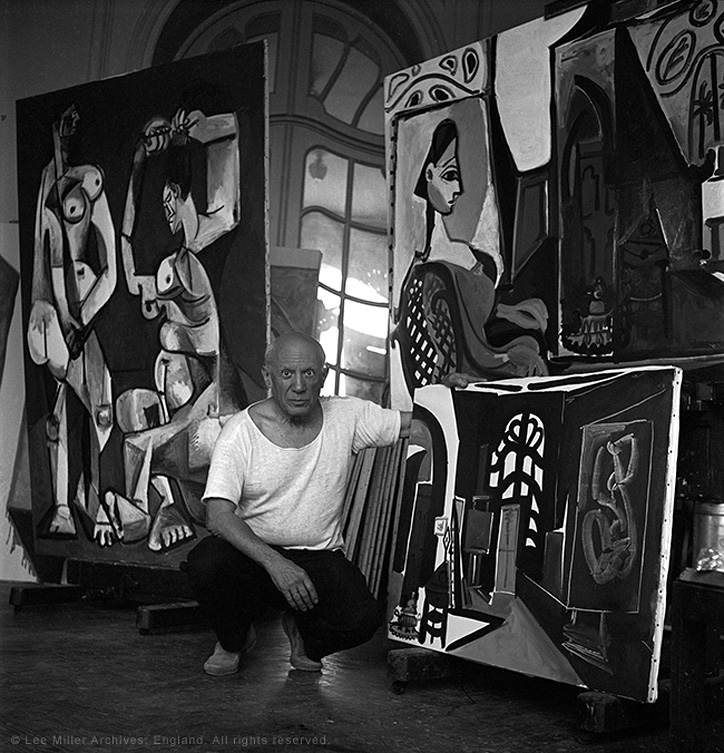 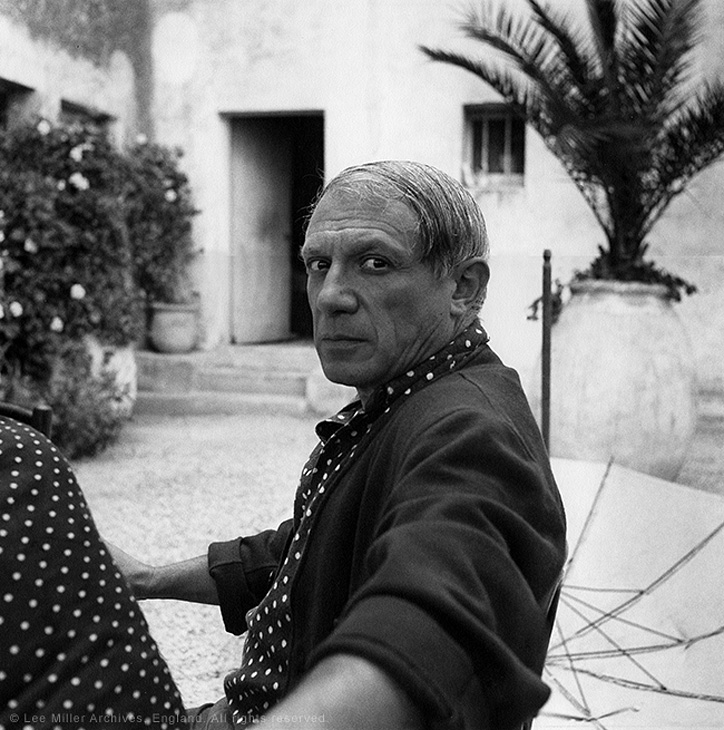