Defying the boundaries of wearable art 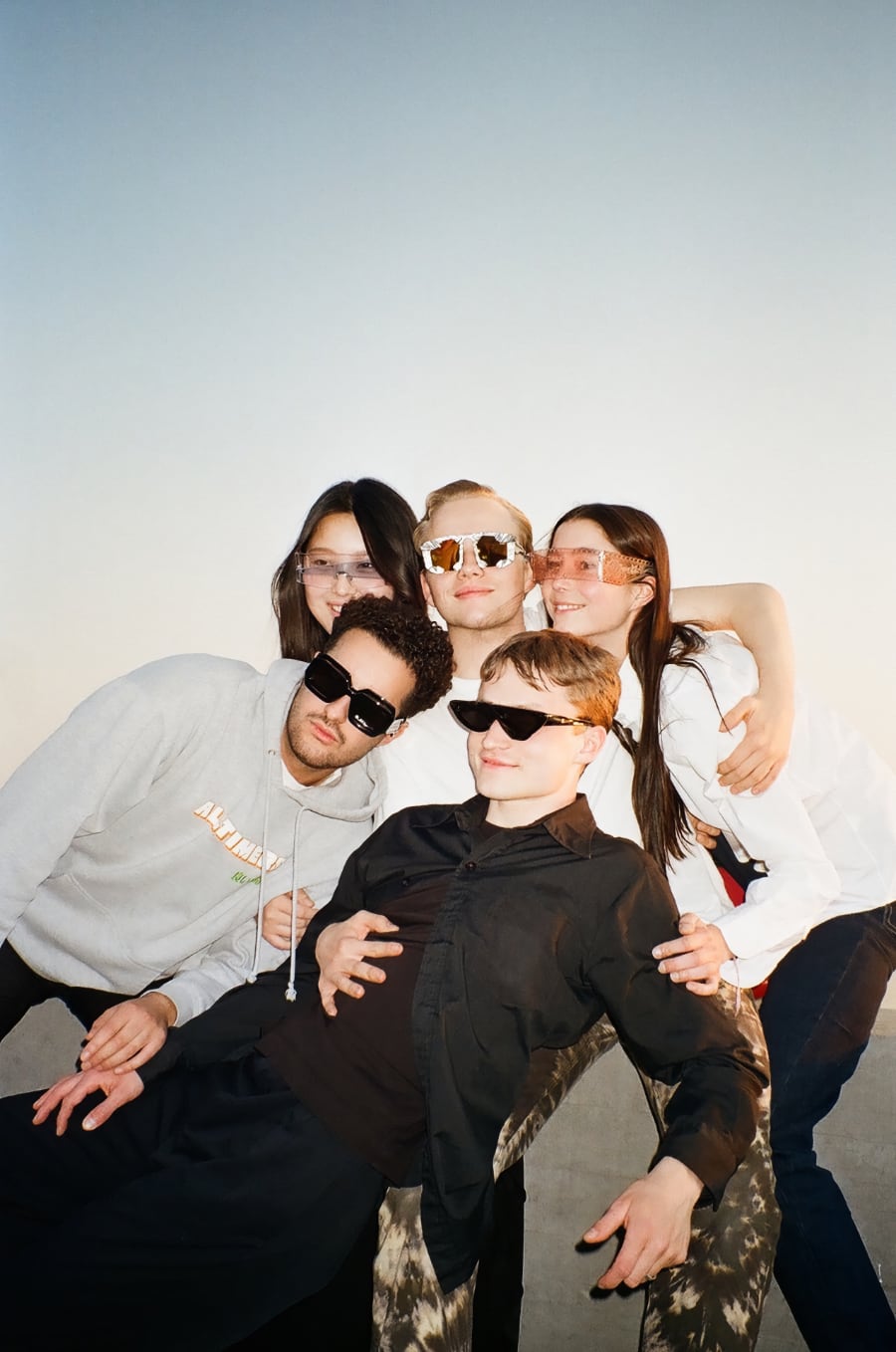 Komono introduces for the third year in a row their provocative collaboration with the Royal Academy of Fine Arts Antwerp, for their new collection titled Komono Next. This year the Belgian eyewear brand has come together with five master students attending the Royal Academy of Fine Arts Antwerps conceptualising and conceiving a range of eyewear linked to their personal work. This visionary partnership is an ongoing experiment travelling through the avenues of fashion accessories. This year Julie Kegels, Luca Holzinger, Kaya Gayoung, Mohammed el Marnissi, and Ingmar Patton Plusczyk delved back into their personal work meticulously crafted an array of dynamic sunglasses.
Julie Kegels derived inspiration from the infamous installation The Dinner Party, created by American feminist Judy Chicago in 1979, where a table with thirty-nine women place settings, each honouring significant women in history, around a brightly lit triangular table, exposing the layered experience of women being presented on their importance rather than their bodies. This provocation is featured through the lace embroidery reproduced in her design.

This ever-adaptable fabric is often placed in conjunction with eroticism, however, Kegels was not the only one experimenting with untraditional materials. Luca Holzinger integrated lycra fabric which is frequently used in swimwear and a transparent colourway to imitate flowing water. The fluid nature of the water is a juxtaposition of his grandmother who broke free from a restrictive relationship.

Mohammed el Marnissi took the route of Arabic motifs in addition to painter Verner Panton's colour accents. The two forms placed on top of each other is suggestive of the Arabic myth whereby two conflicted lovers build a labyrinth to keep their affair secret. His designs reveal a love story in the making.

However, Ingmar Patton Plusczyk feeds another love story. The ballad of Marchesa Louise Casati and her hunger for experiencing life like a work of art. Not only is Louise Casati a patroness of the arts and a legend among her contemporaries. She reinforced the powerful notion that self-expression advances from within and has rarely to do with accumulated wealth. Patton Plusczyk manipulated the structure of the frame to indicate this combination of unrestrained wealth versus something cheap like a trash bag. 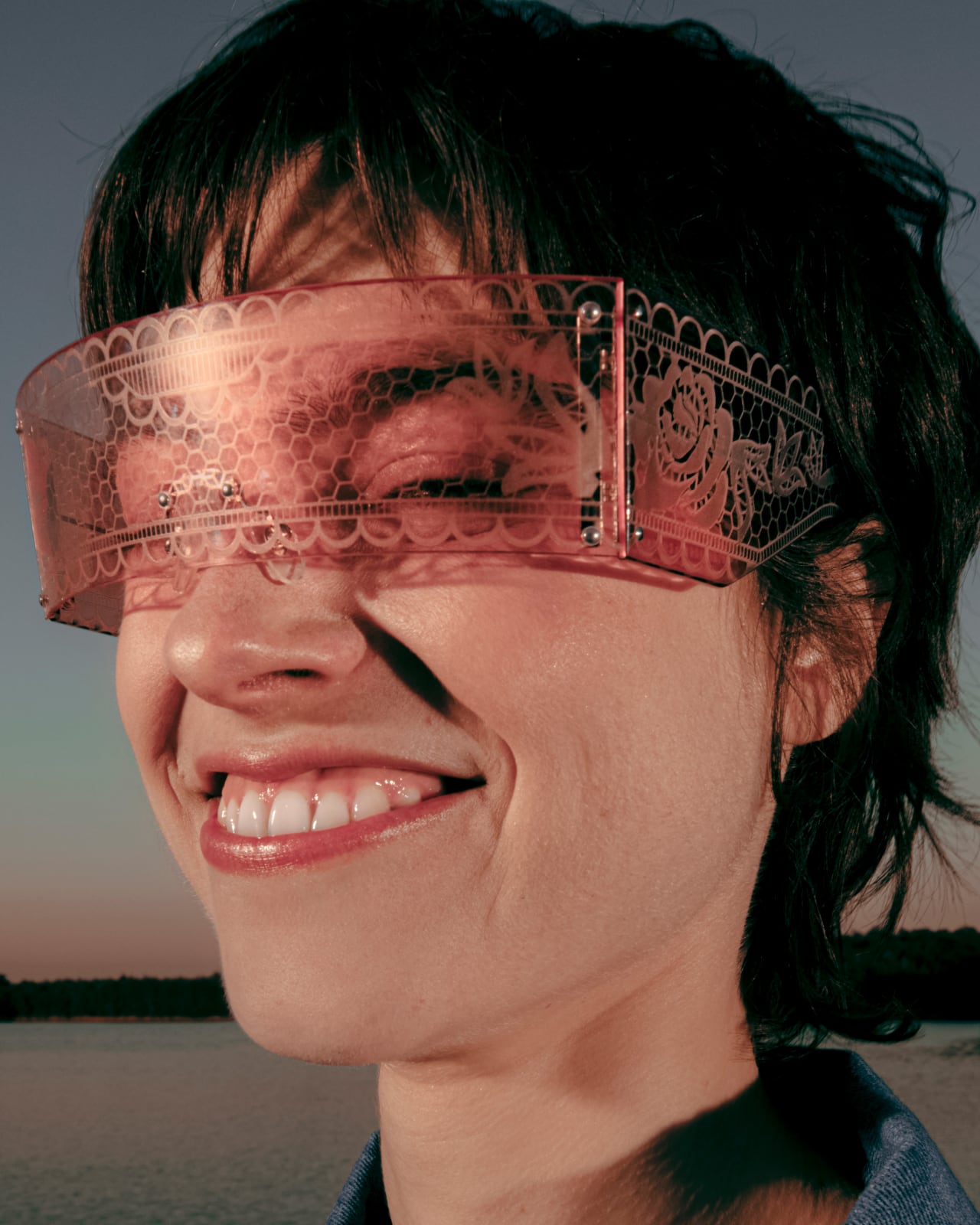 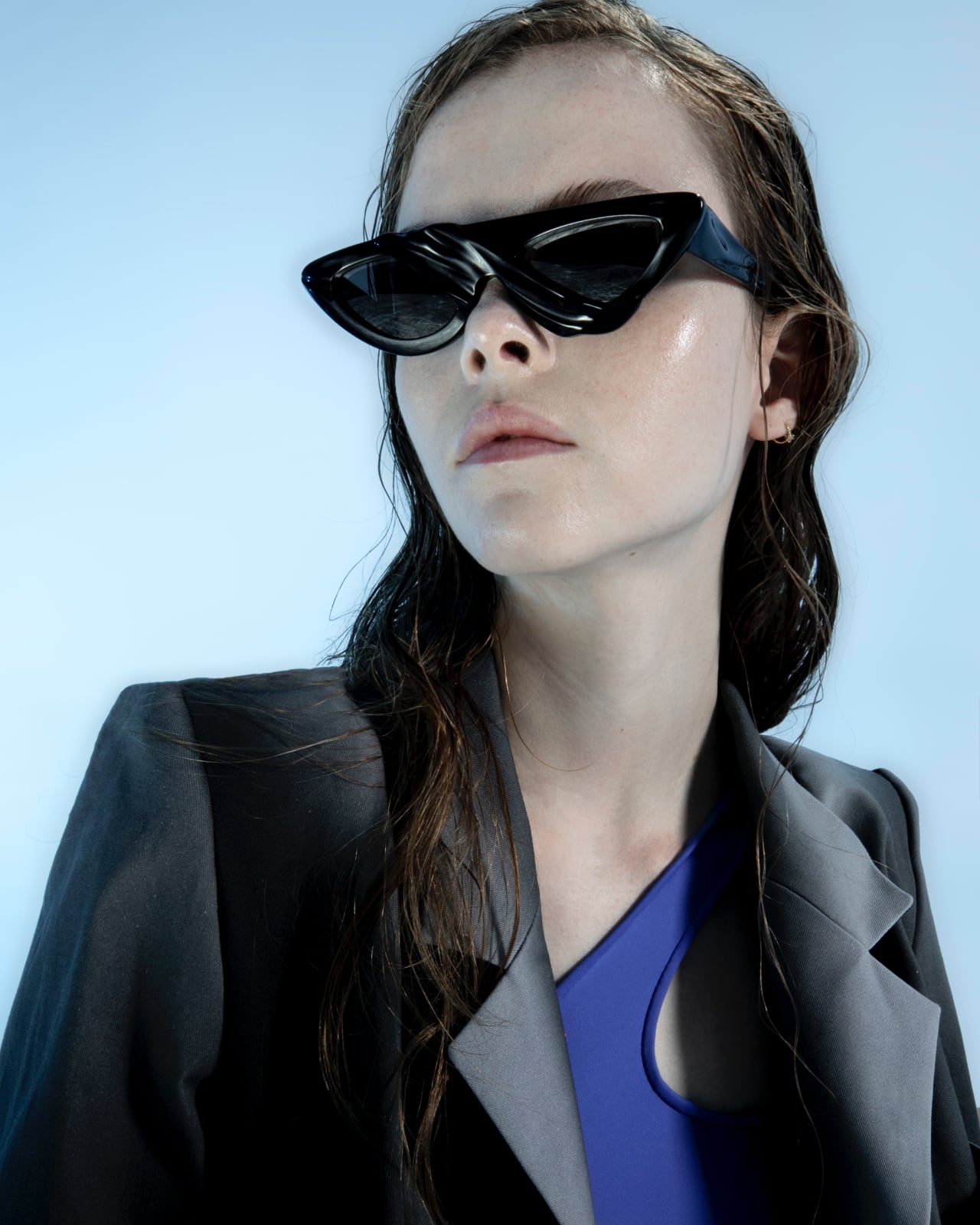 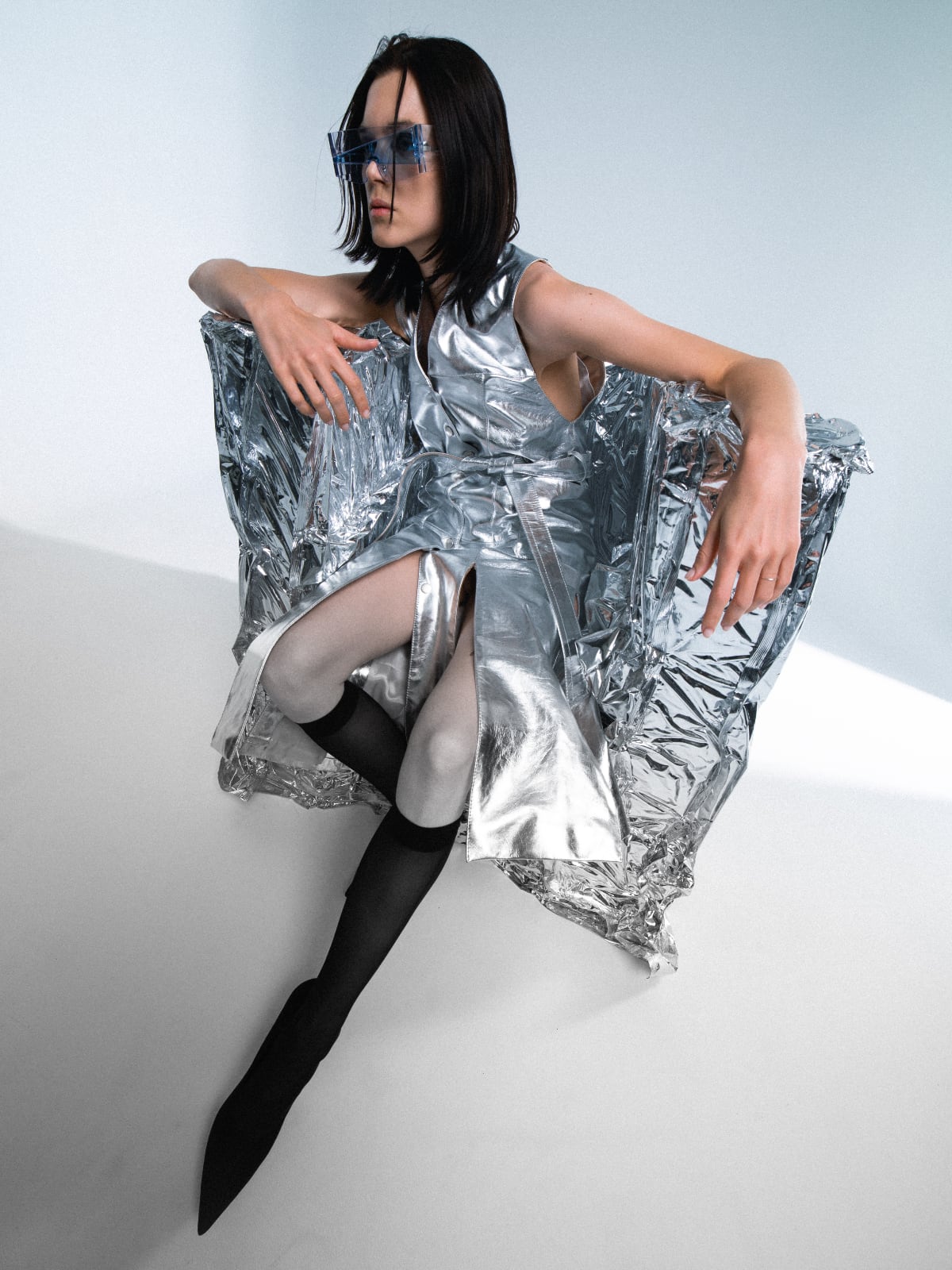 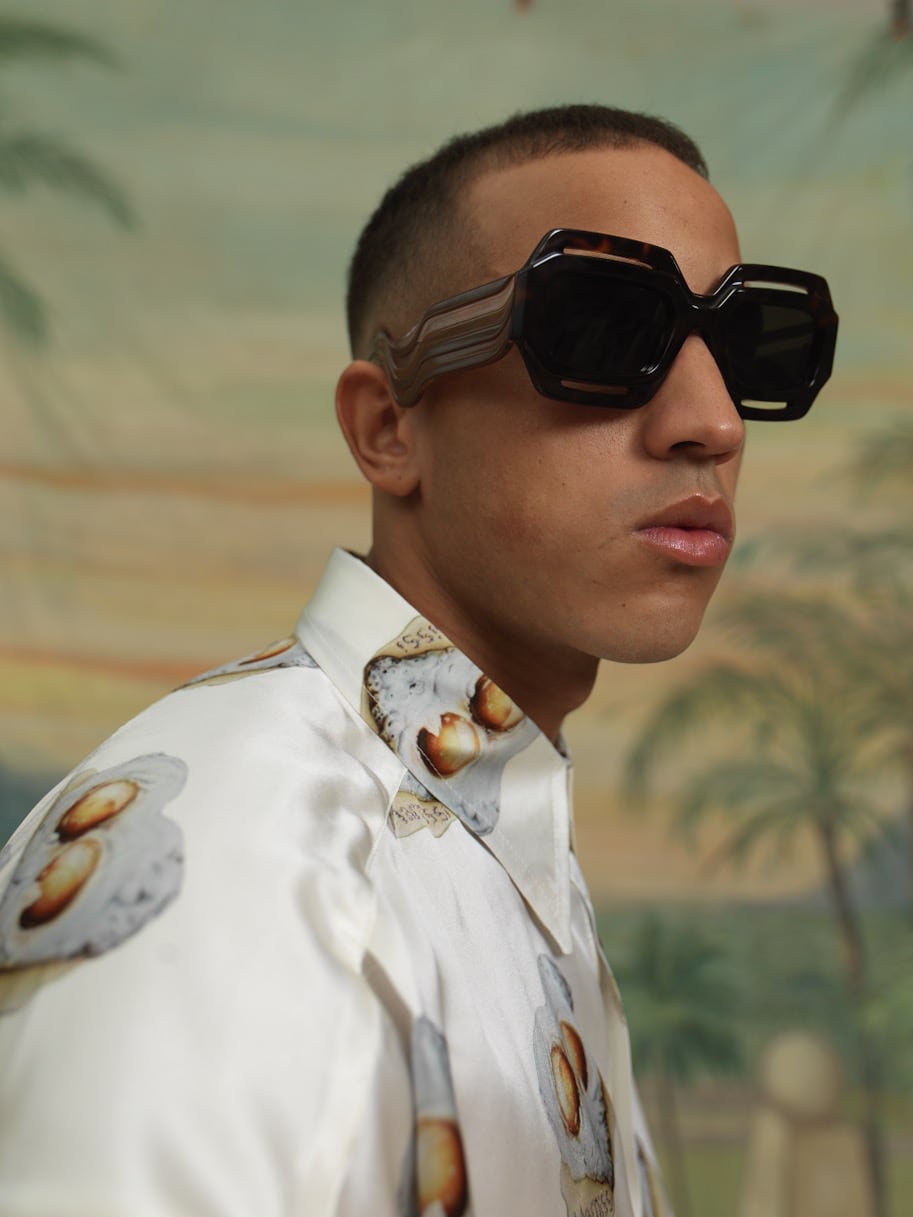 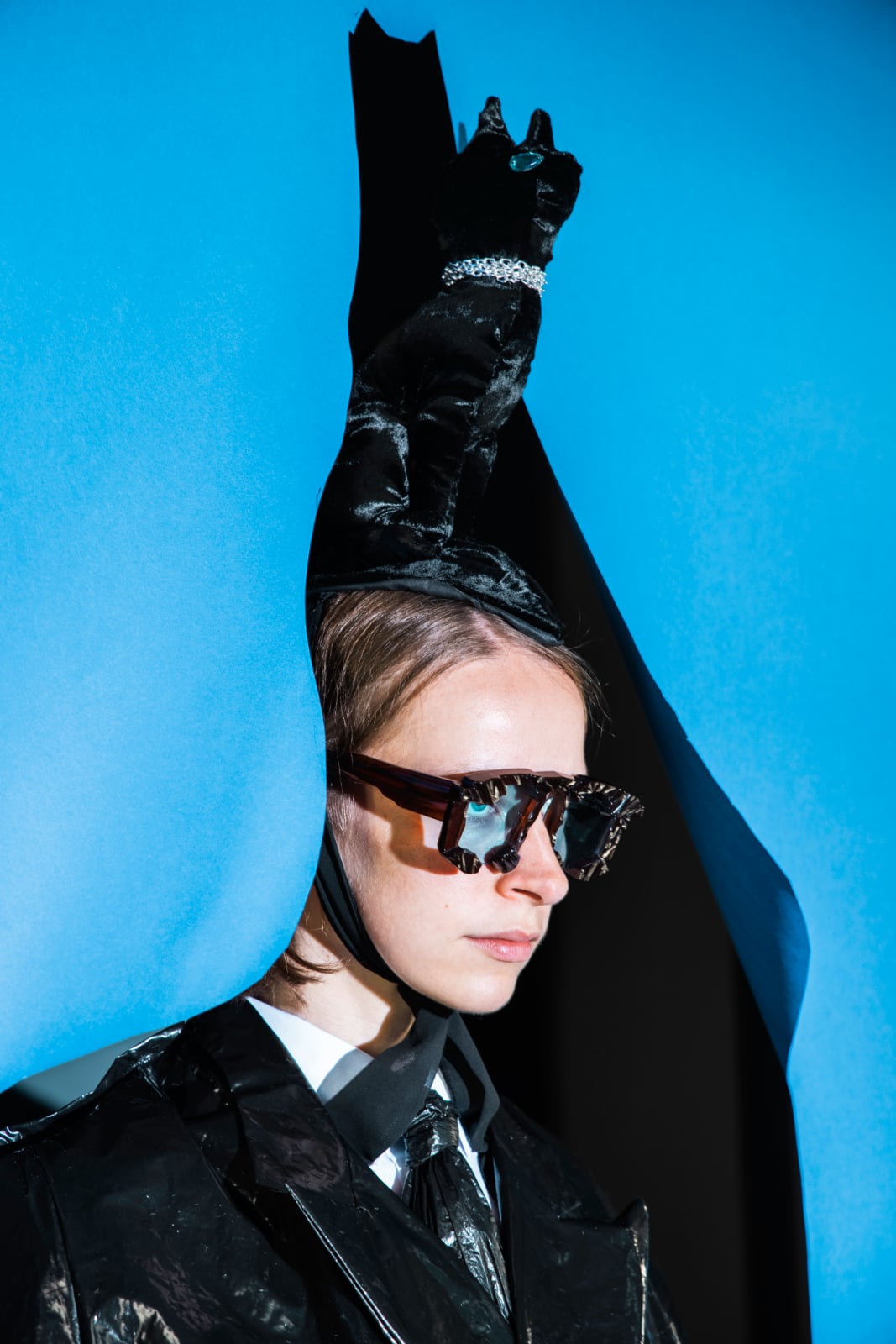