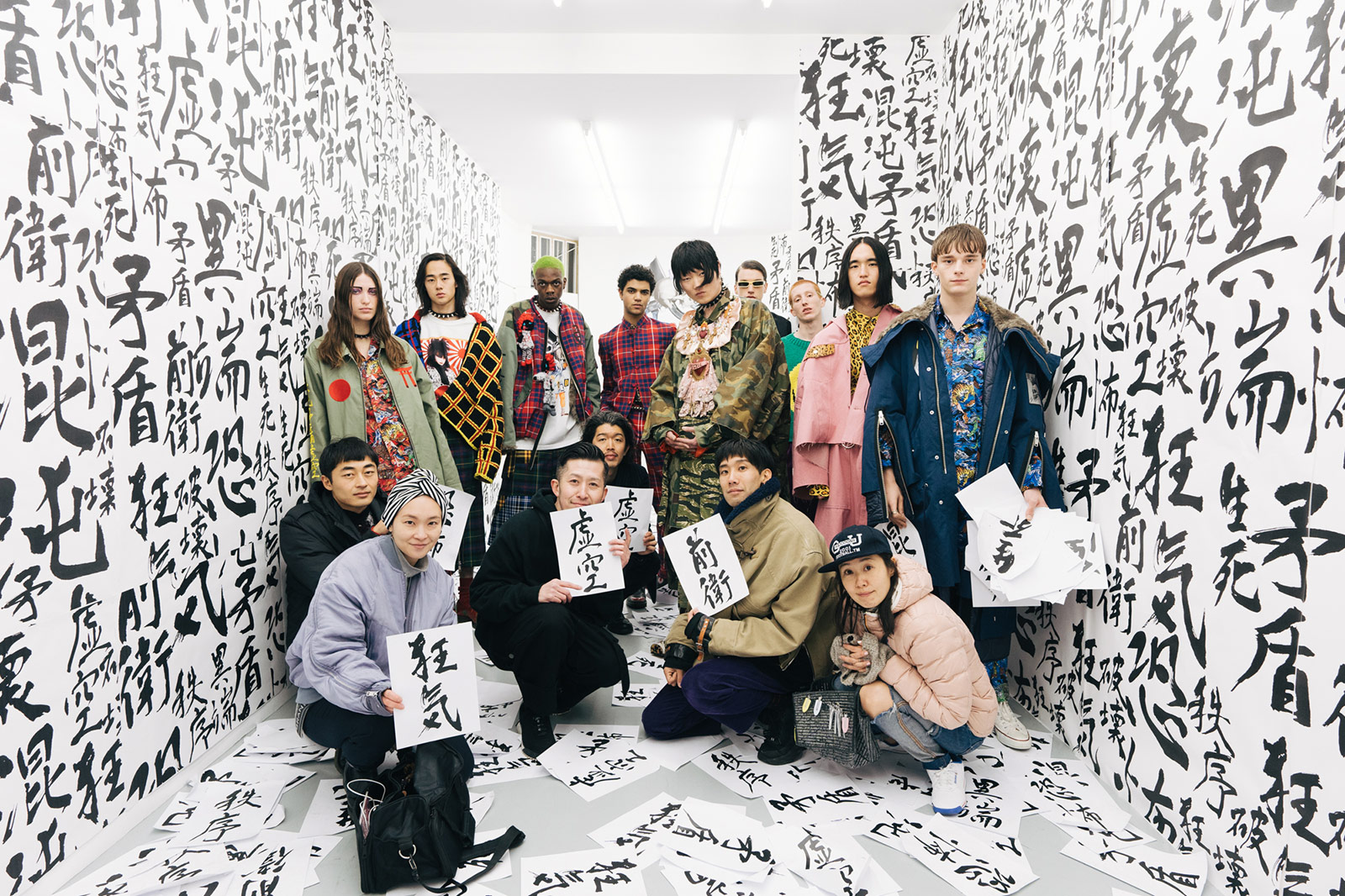 Presenting for the first time as part of the Fall/Winter 2019 Paris Fashion Week official calendar, Japanese brand Kidill was one of the hidden gems of last season. The punk-indebted brand was founded by creative director Hiroaki Suiyasu in 2014 and debuted in the Mercedes-Benz Fashion Week Tokyo Fall/Winter 2014 runway. For his latest collection, titled Tokyo Punk Chic, Suiyasu has joined the vocalist Siouxsie Sioux from the legendary United Kingdom punk band Siouxsie Sioux & The Banshees.
With the concept of ambivalent struggles and intrapsychic conflict, Hiroaki Sueyasu conceives Kidill with a new modern perspective, highlighting the punk style aesthetics on a series of traditional Japanese clothing. The totenkopf skull, the anarchy symbol, the Japanese torii gate and massive Vivienne Westwood-inspired jewellery are just some of the symbols we can see in his latest Fall/Winter 2019 collection. “Kidill is for rebels with a modern new spirit”, Hiroaki tells us.

Tokyo Punk Chic is in collaboration with the vocalist Siouxsie Sioux from the legendary British punk band, Siouxsie Sioux & The Banshees. Rare photos of Siouxsie, photographed by Seila Rock between 1975 and 1978, are used throughout the collection. “The collection reflects on my own adolescent emotions from my young age, linking them with vivid memories from the punk subculture”, says the designer.

Looking up to Rei Kawakubo and Comme des Garçons, this buzzy Japanese label embodies plenty of exaggerated cuts, playful patterns and slouchy layers. From oversized work jackets and fur-lined parkas to bombers and boldly-patterned ensembles. Everything immersed in a world of deconstructed punk staples and Japanese basics, such as the hakama trousers. These latest are reimagined in patchwork tartan and pink cotton twill styled alongside a Siouxsie Sioux-printed tee and boldly printed pyjama-style sets, evoking the DIY idea behind the punk movement.

A culture within a subculture. If you are into all things punk or Japanese related, don’t miss the next Kidill show during Paris Men Fashion Week in June. 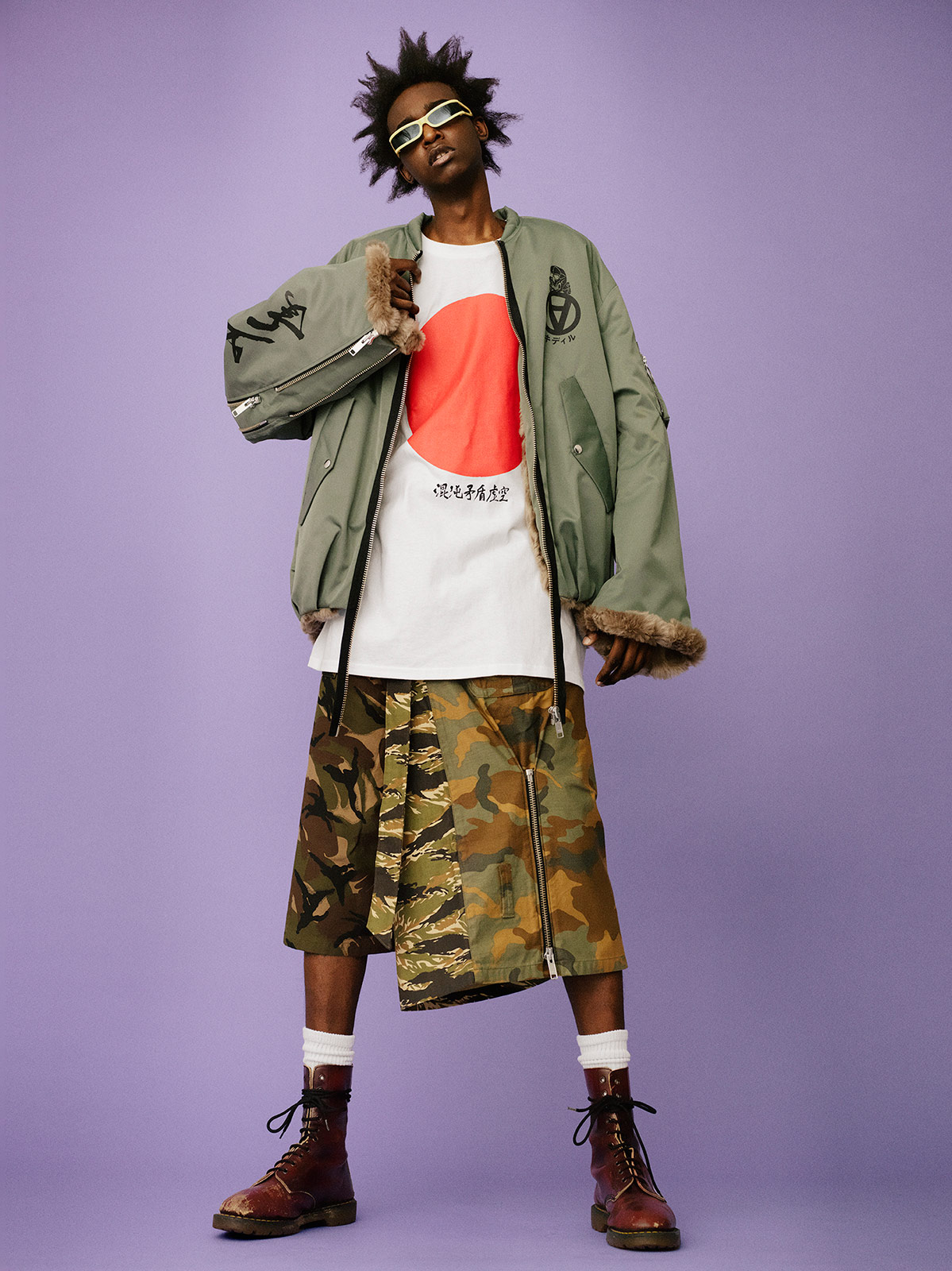 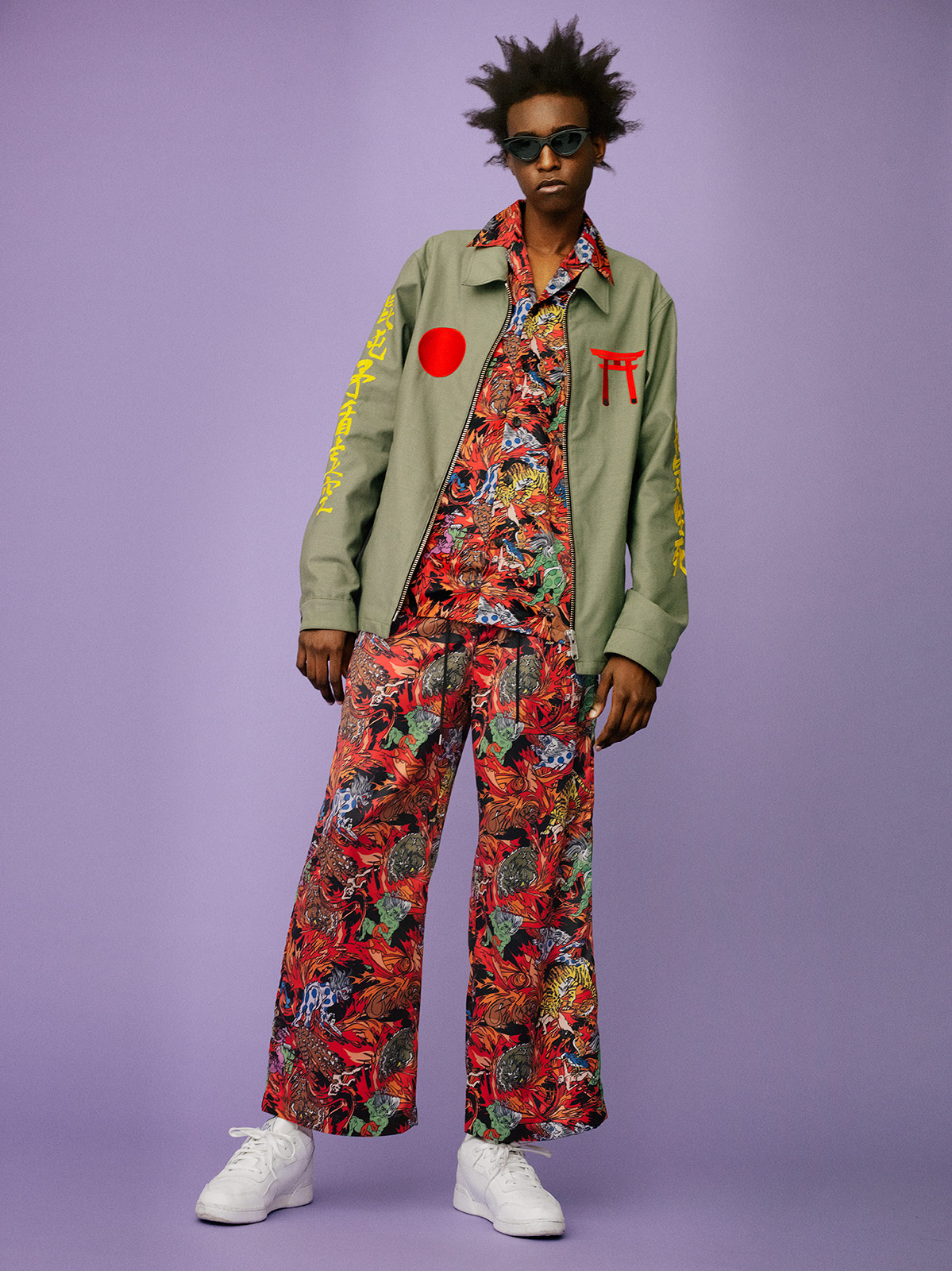 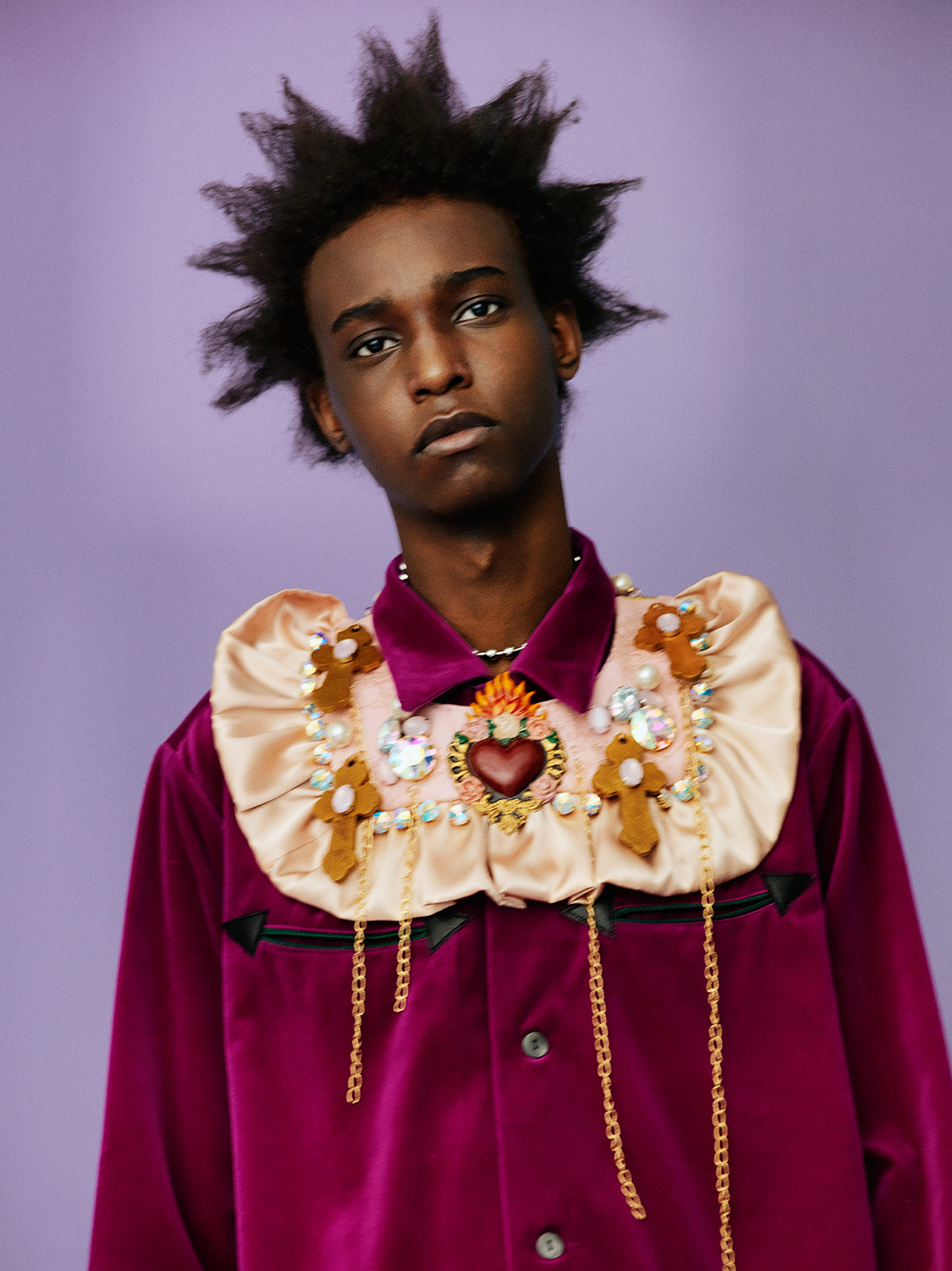 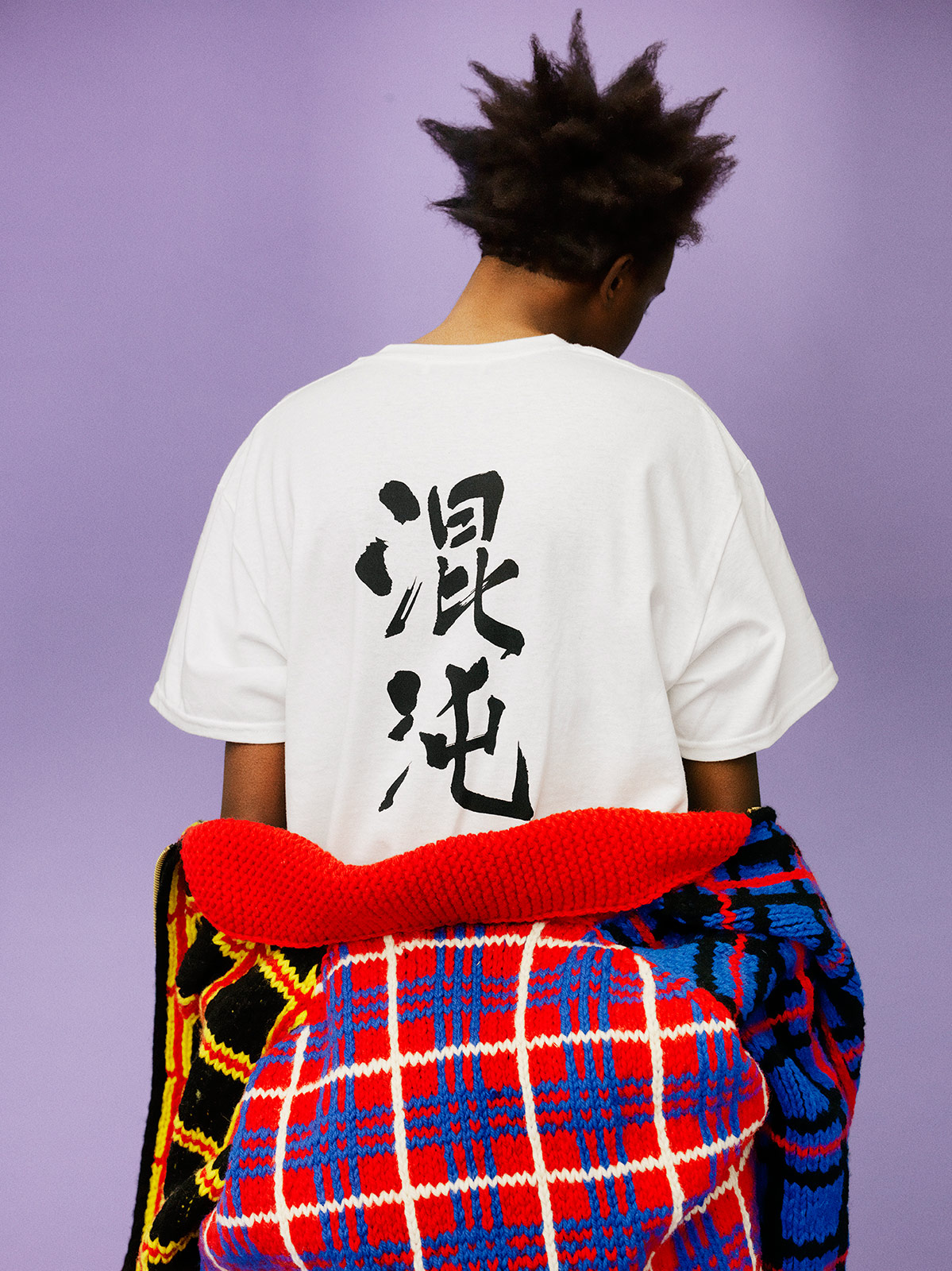 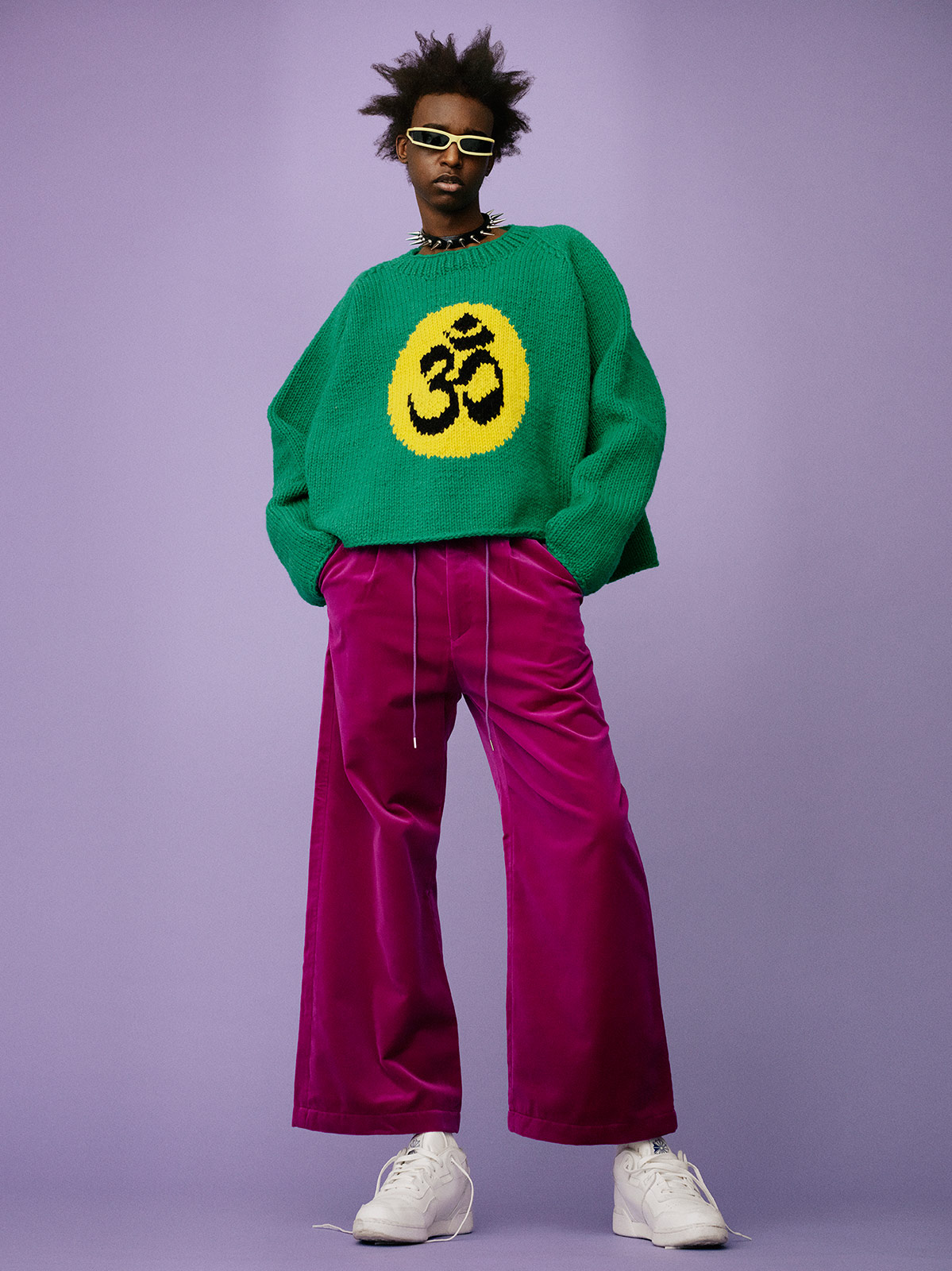 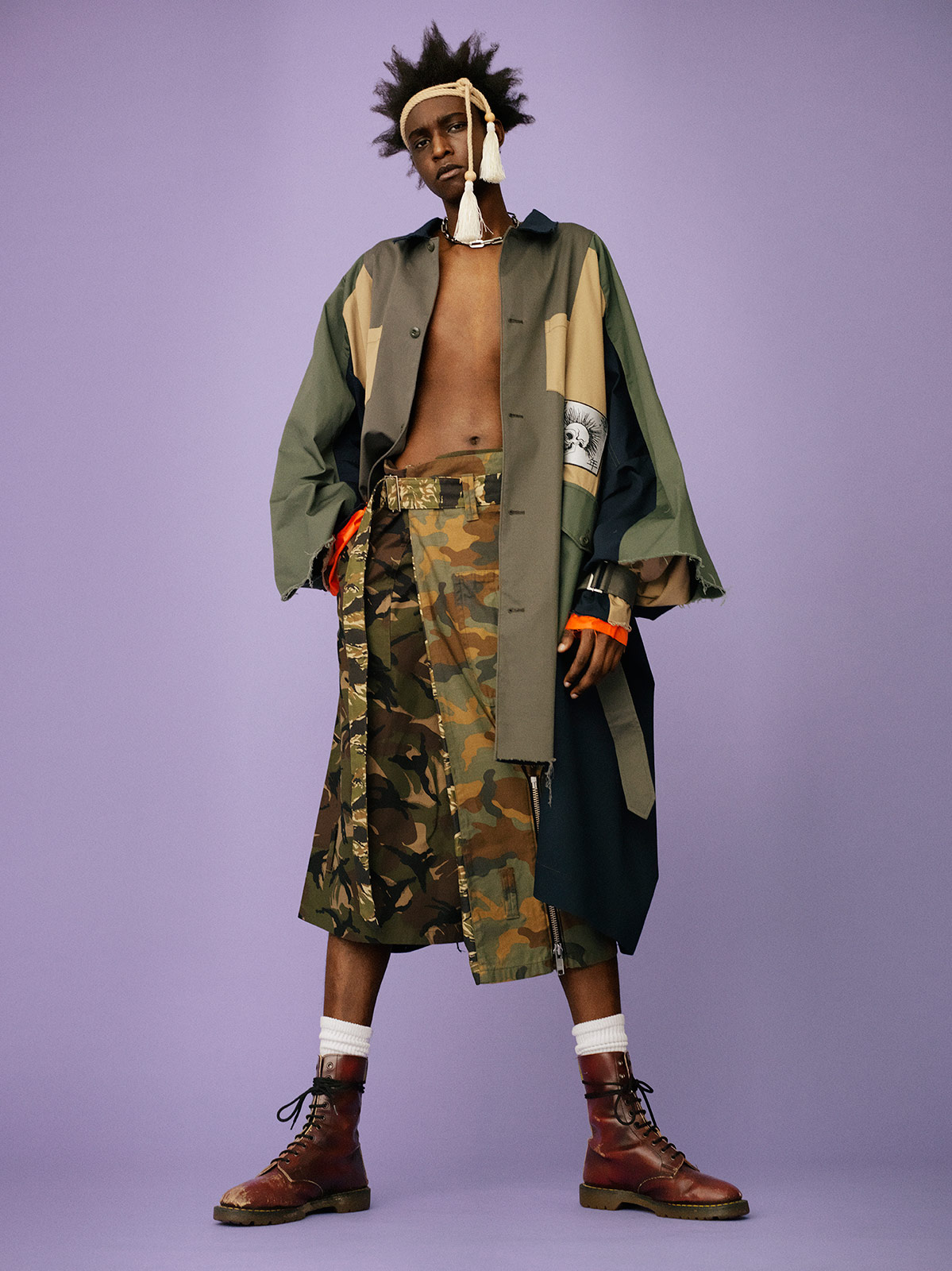 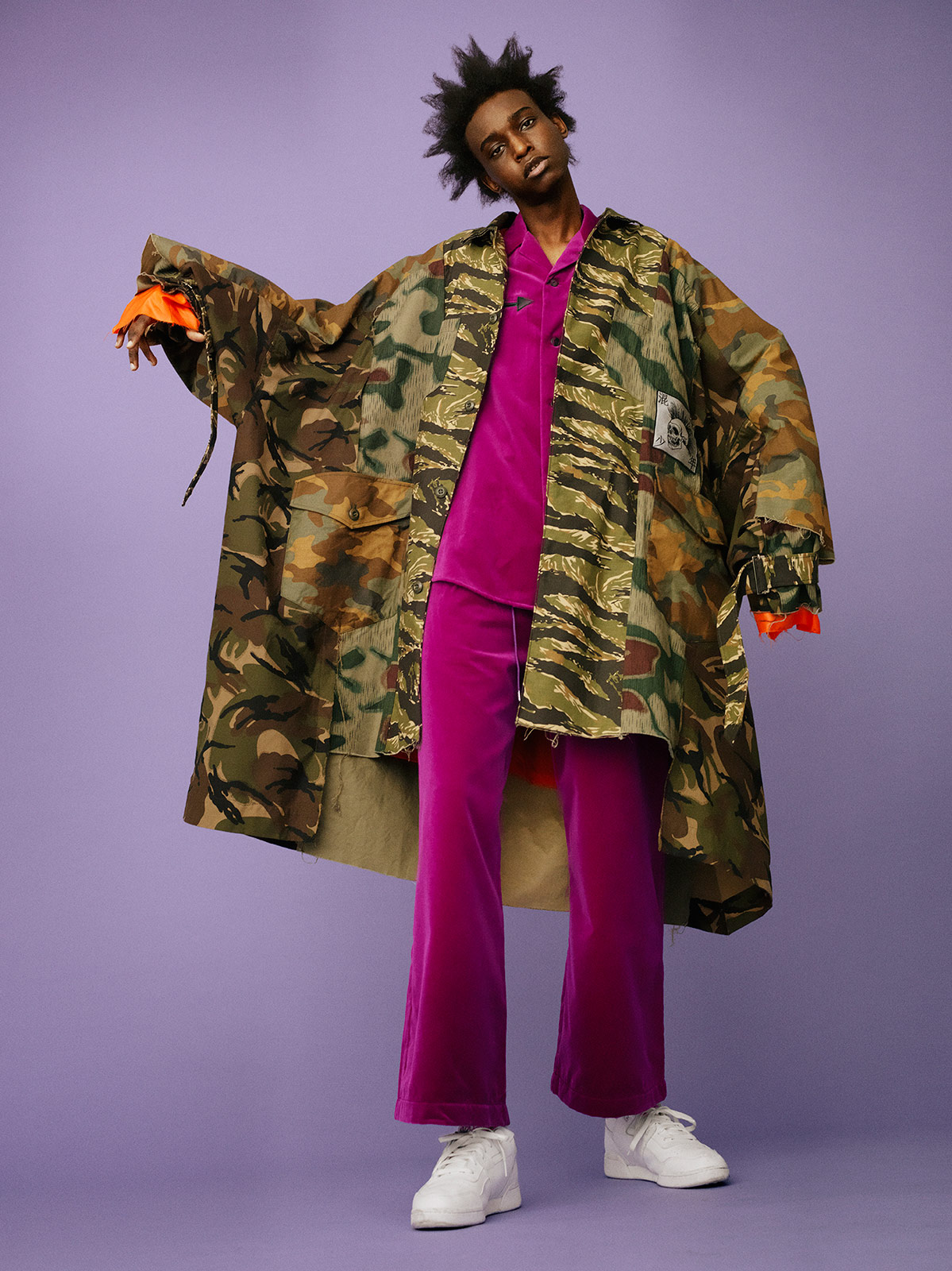 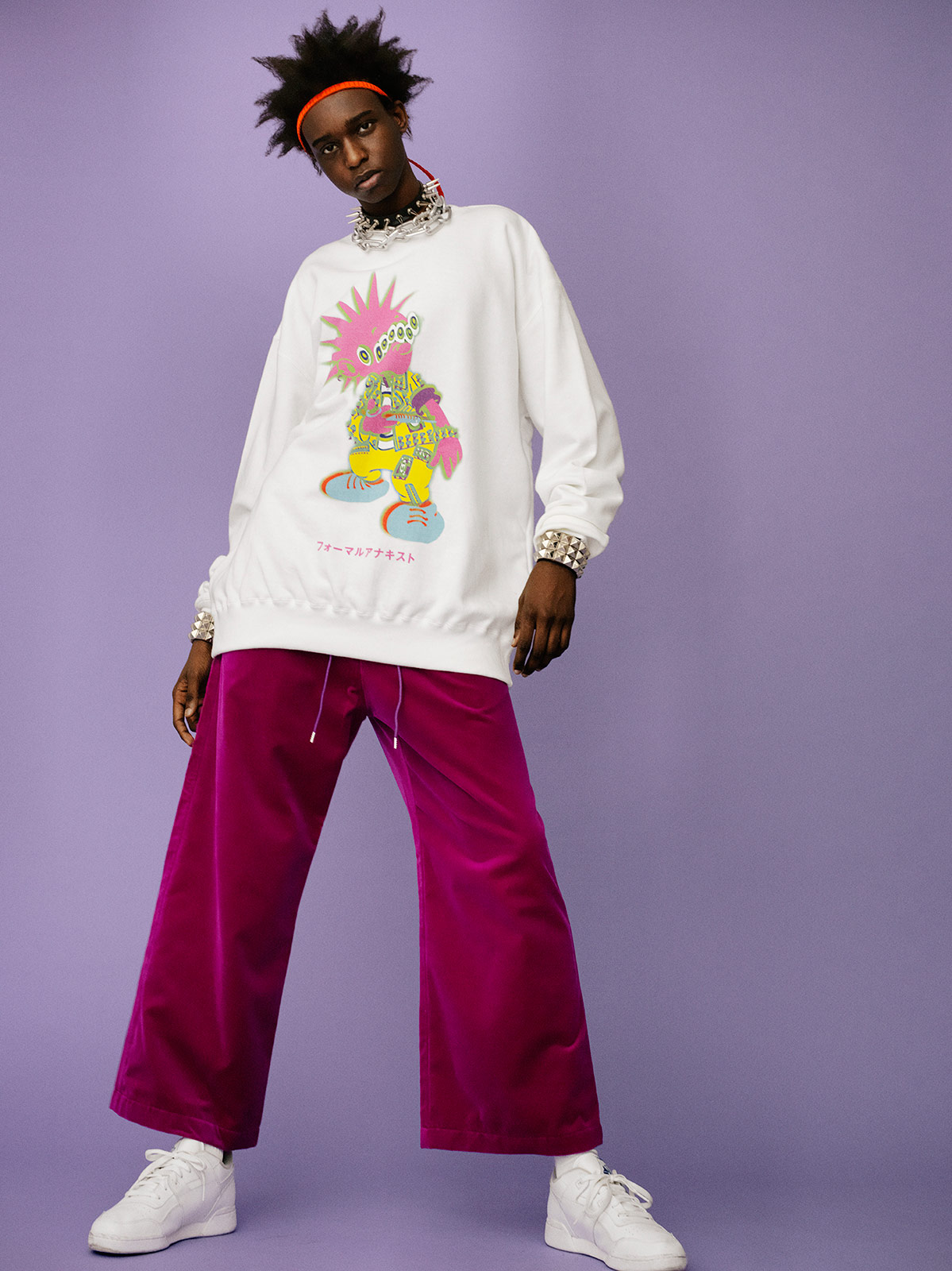 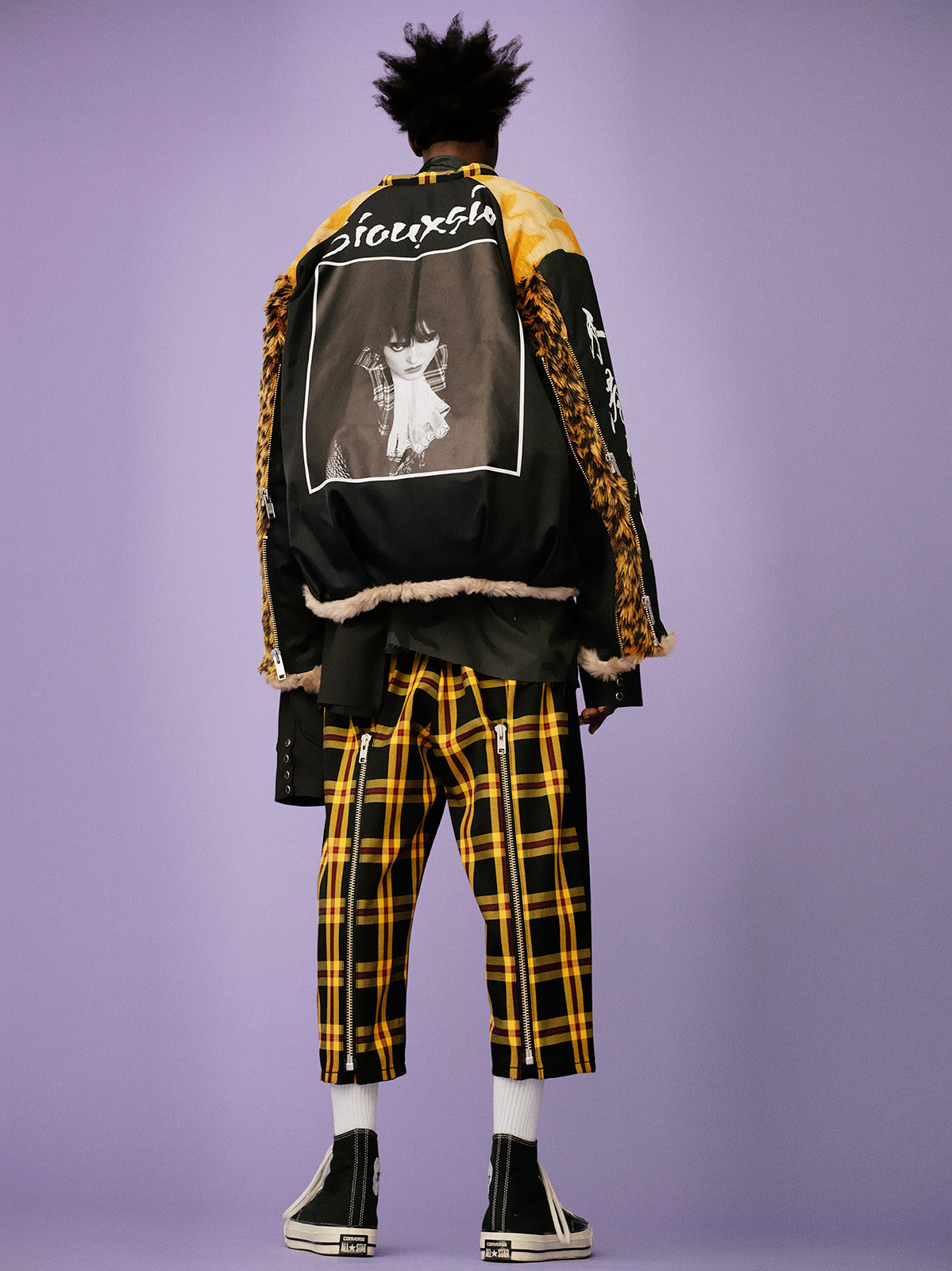 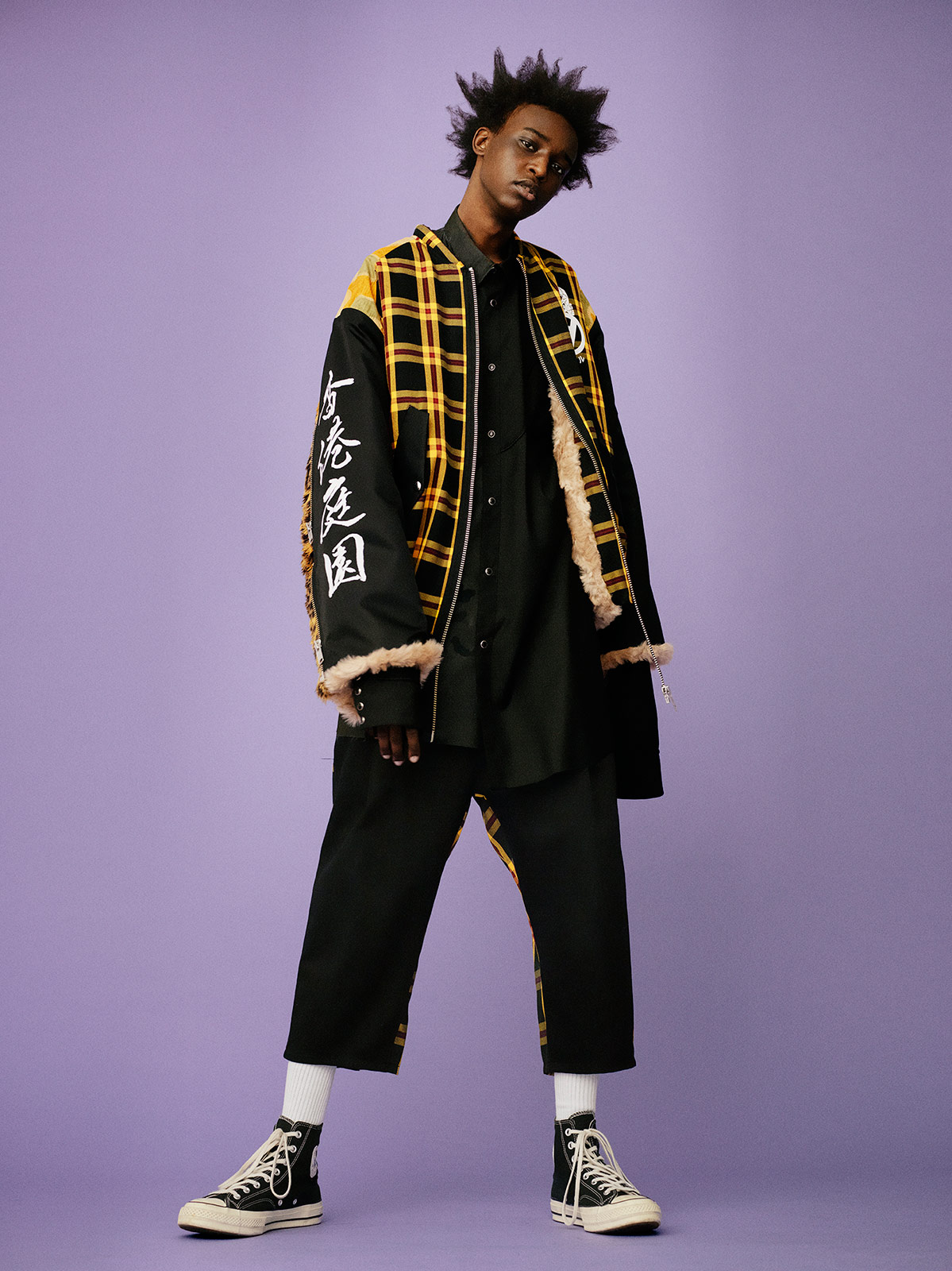 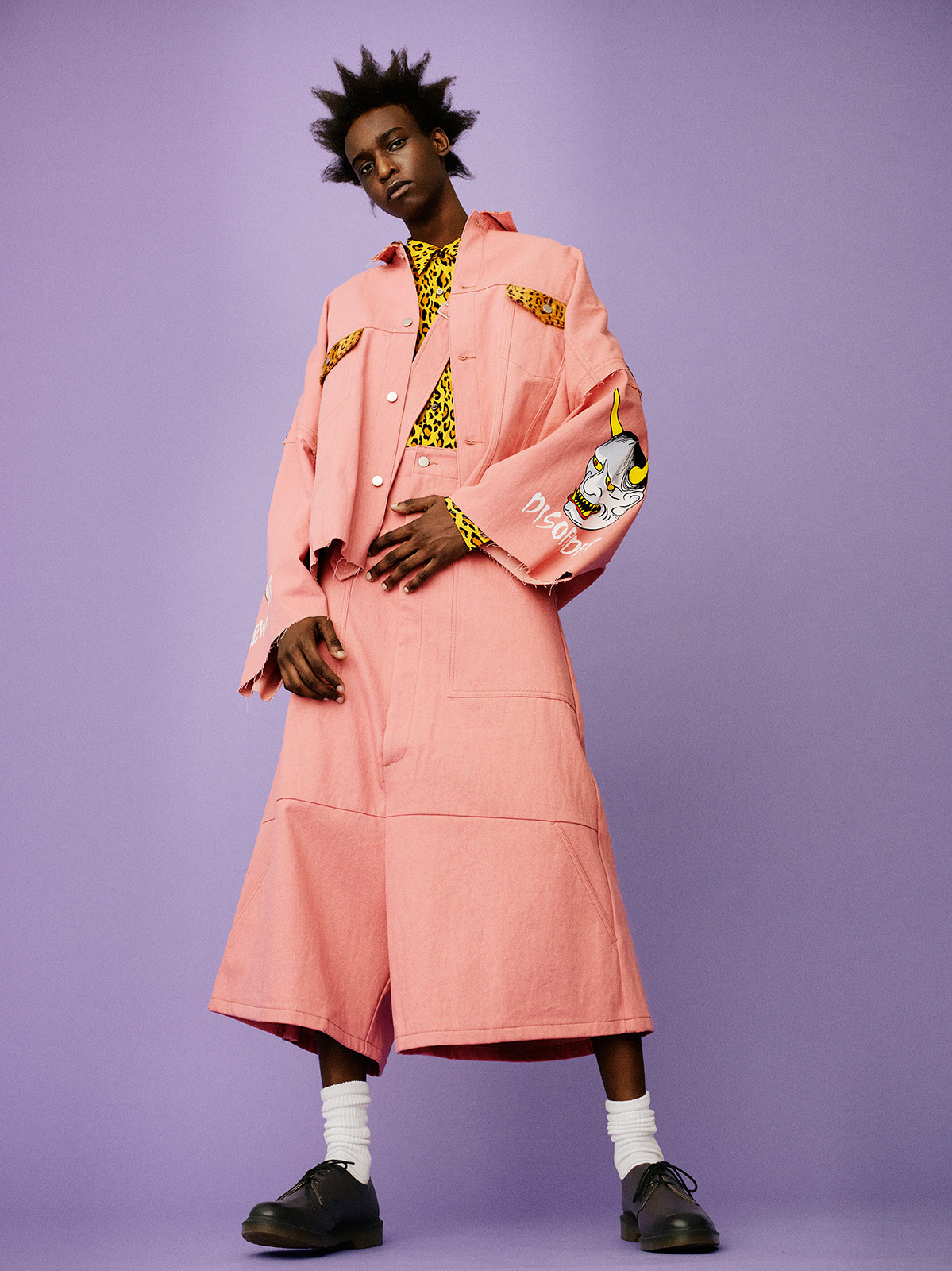 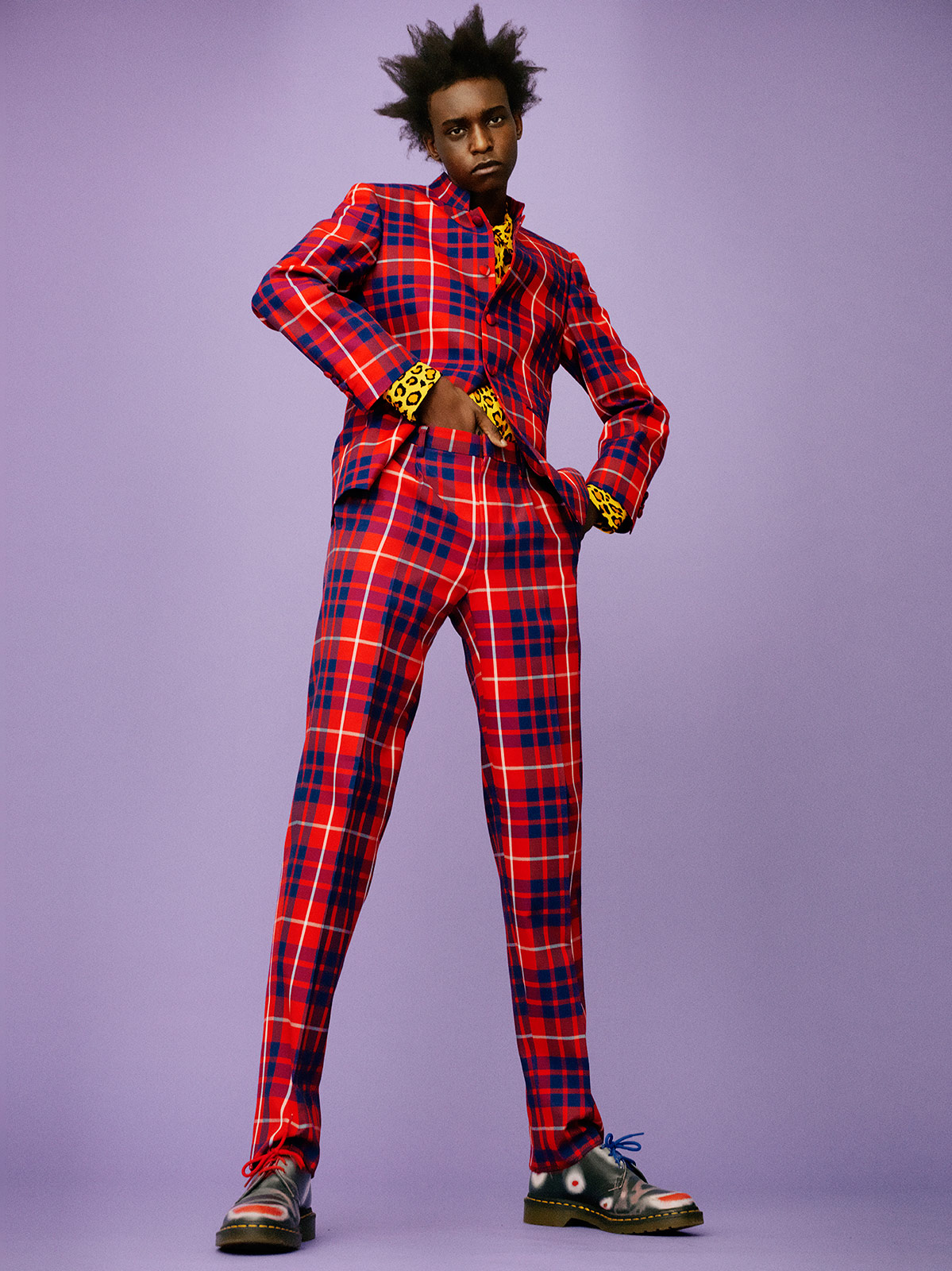 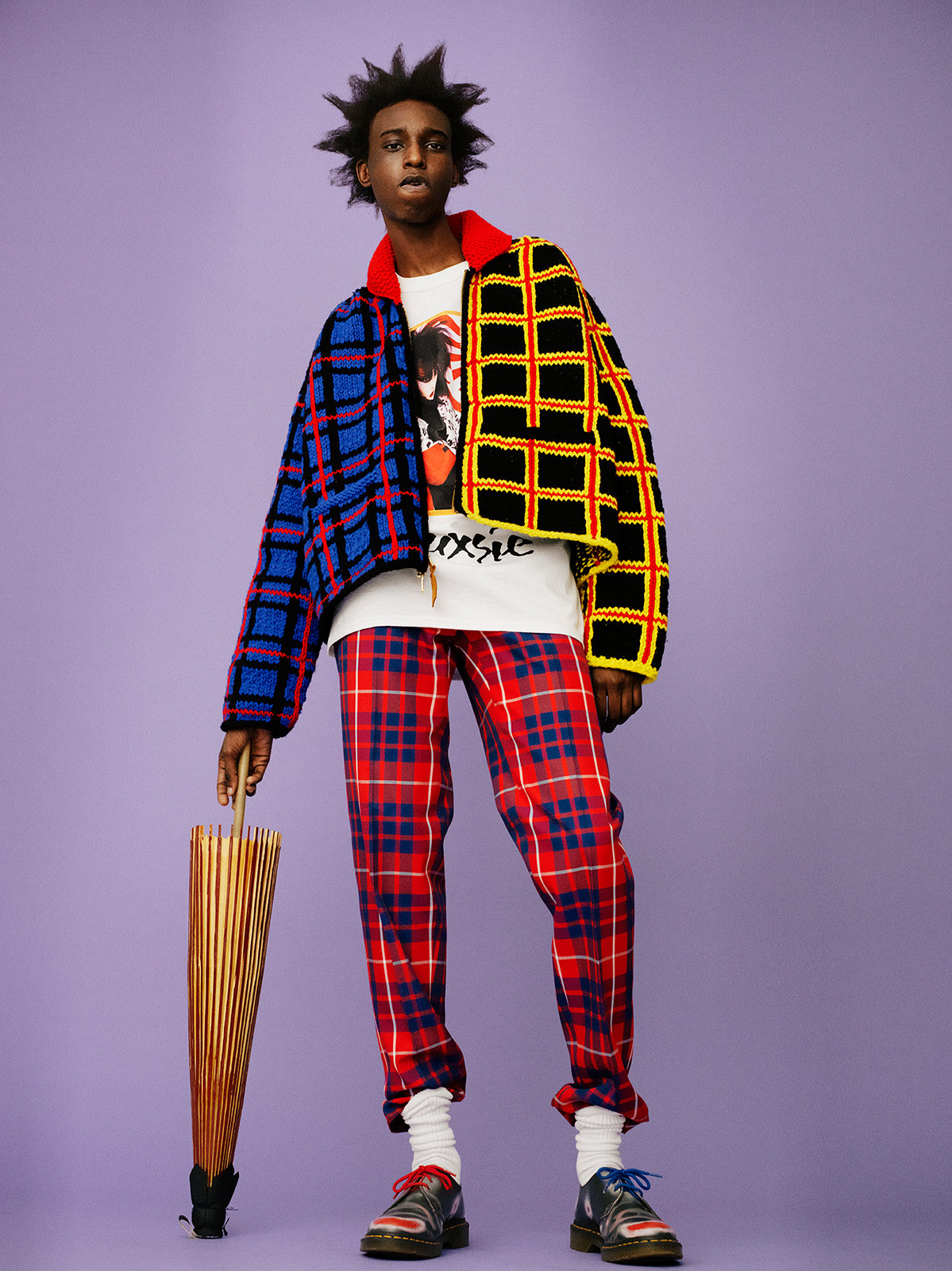 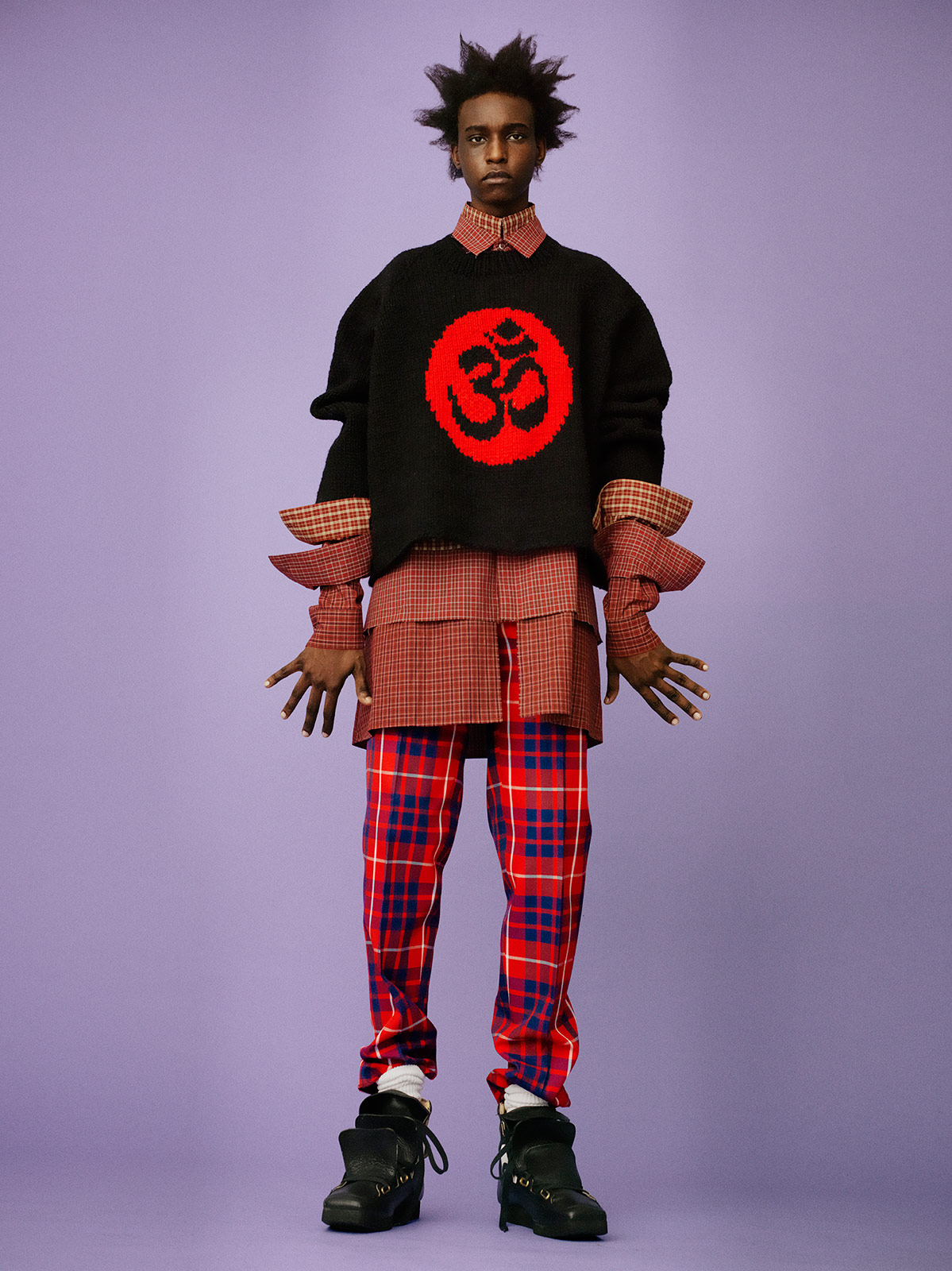 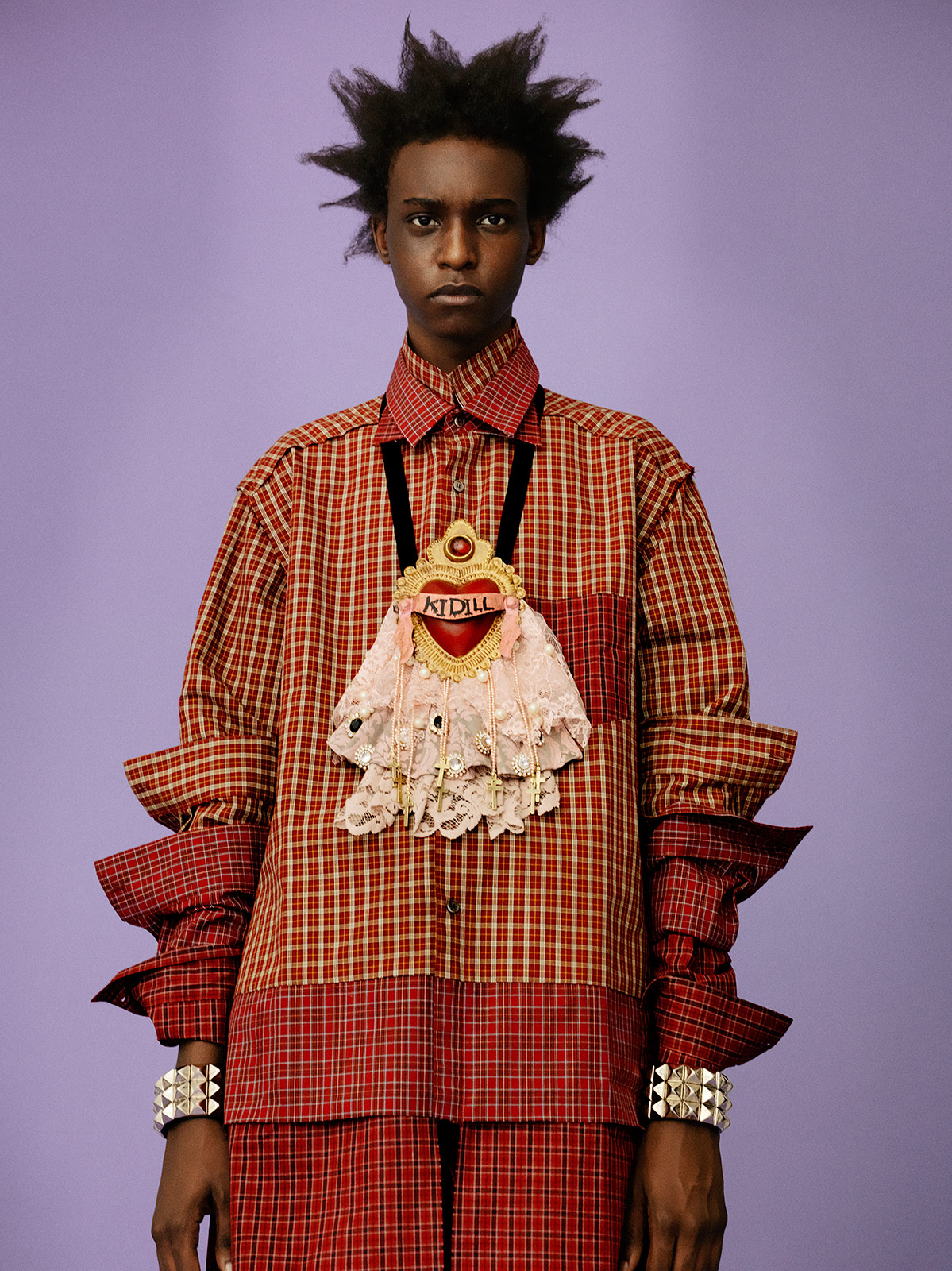 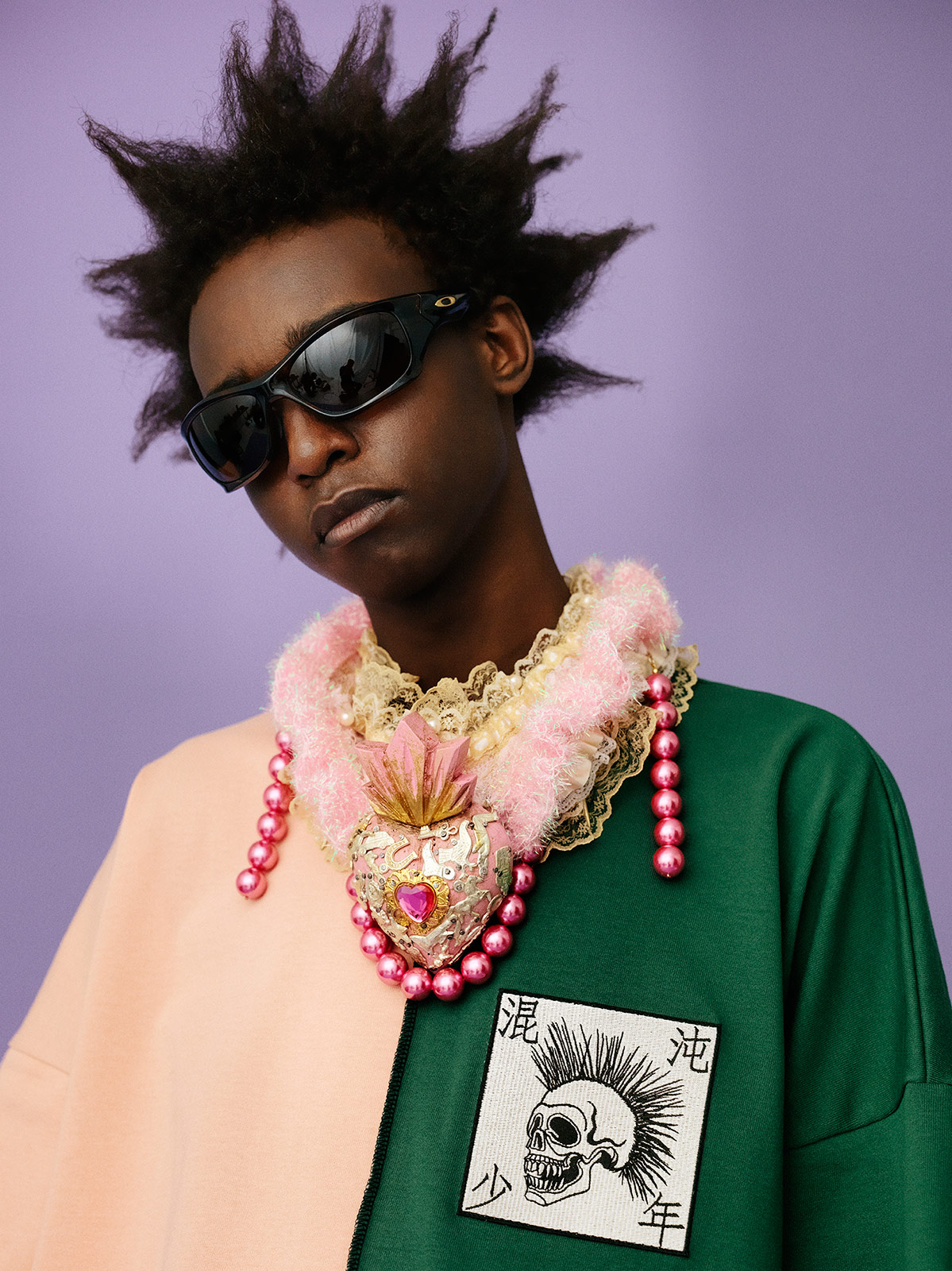 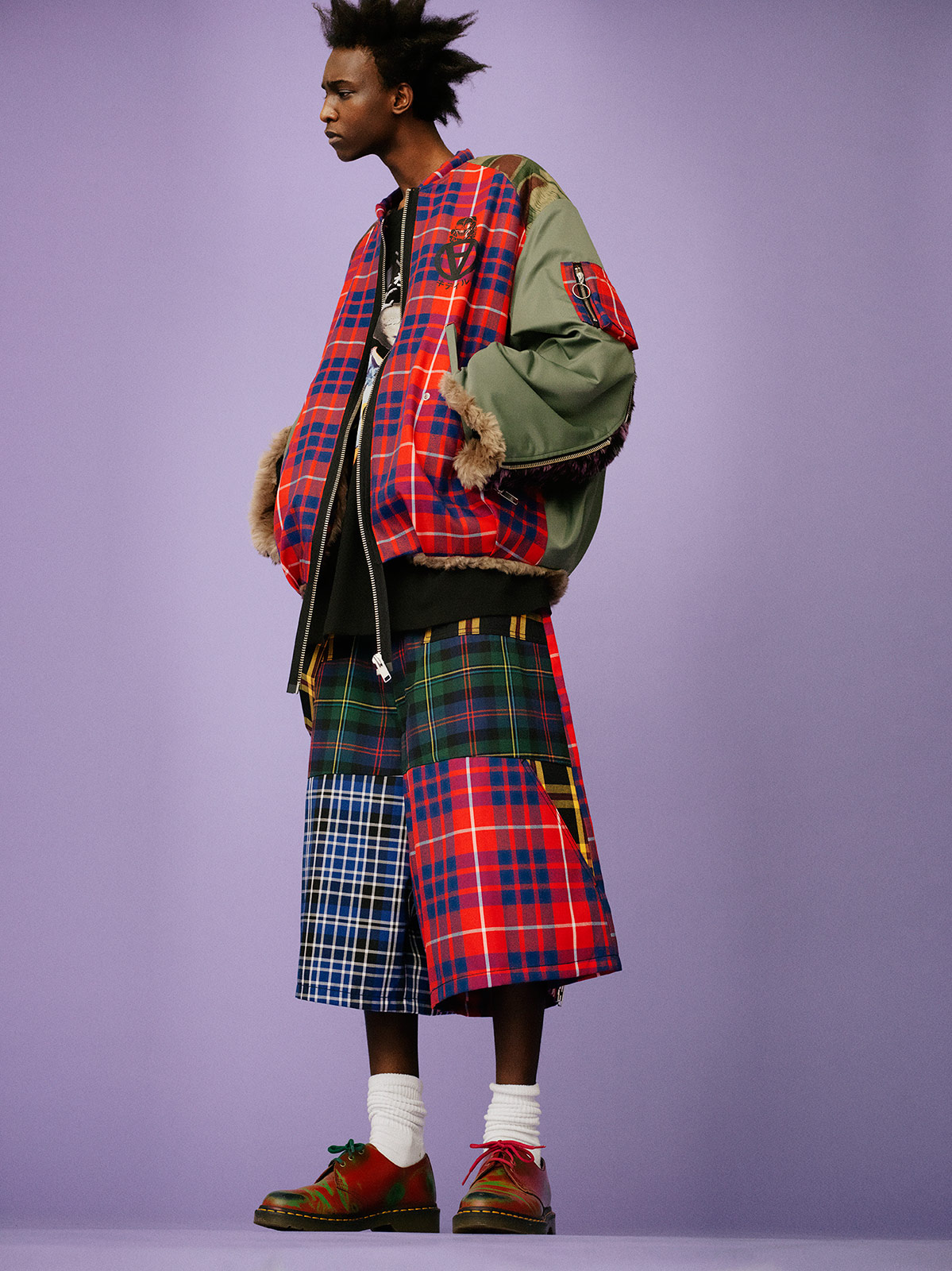 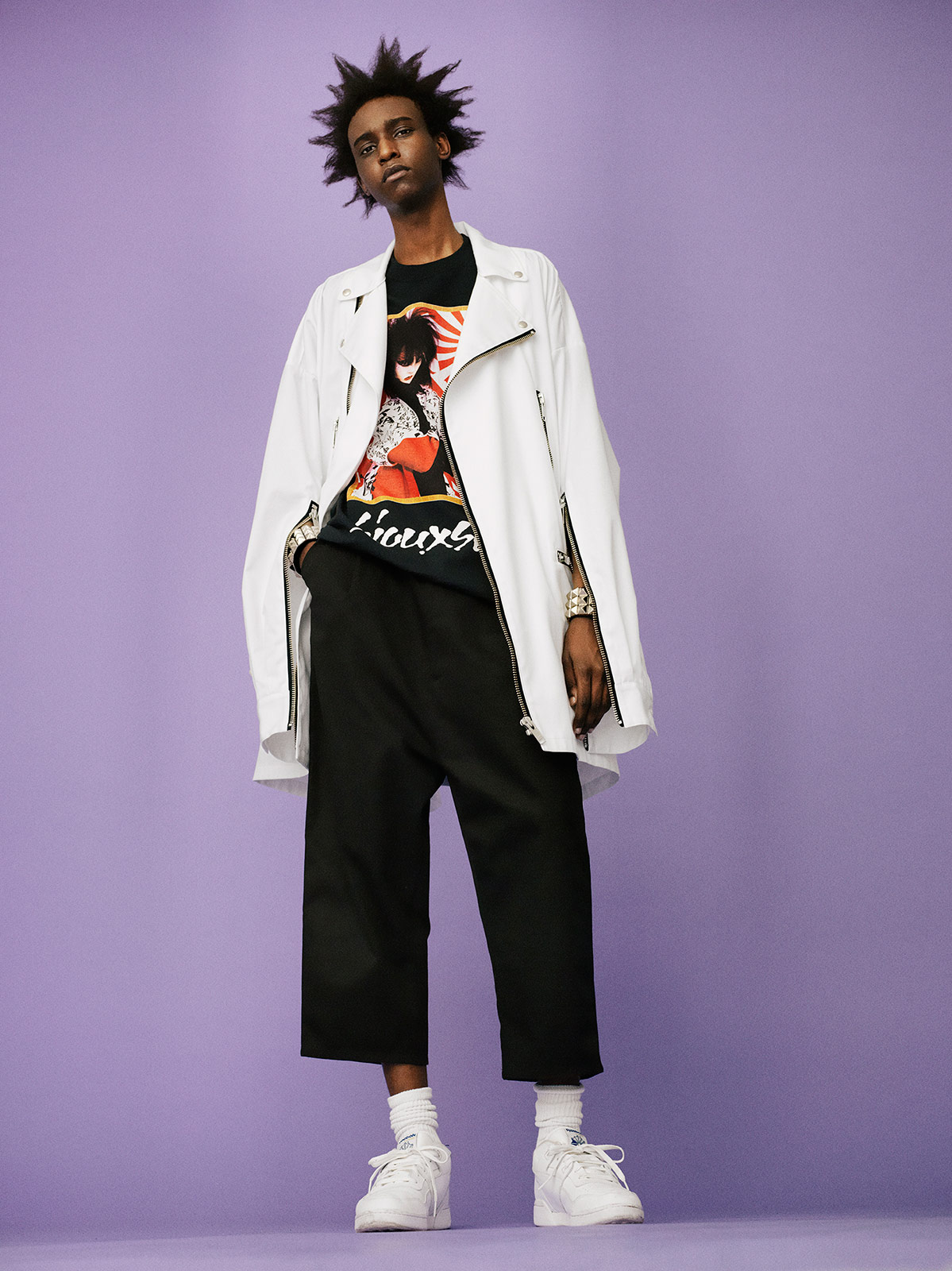 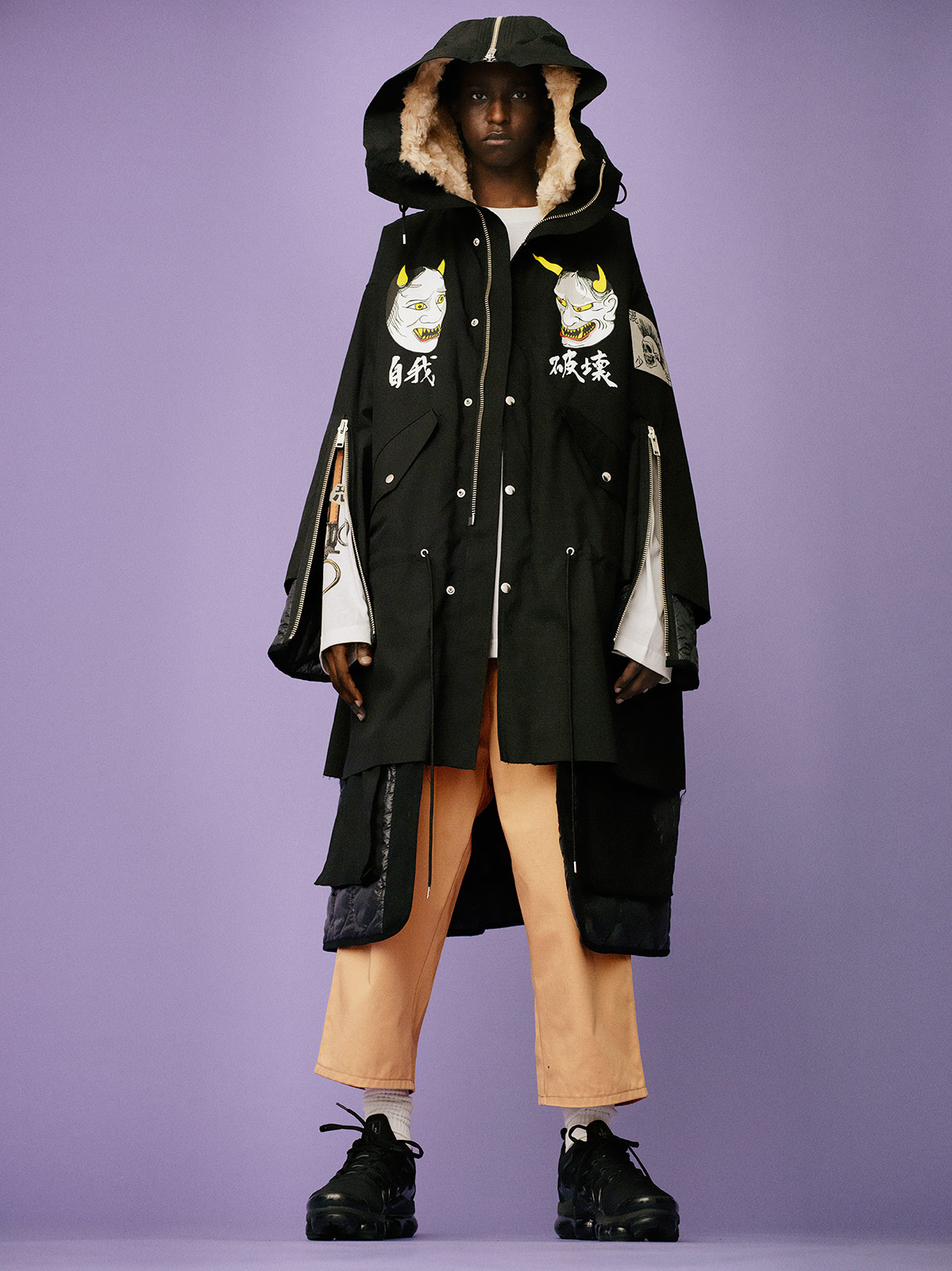 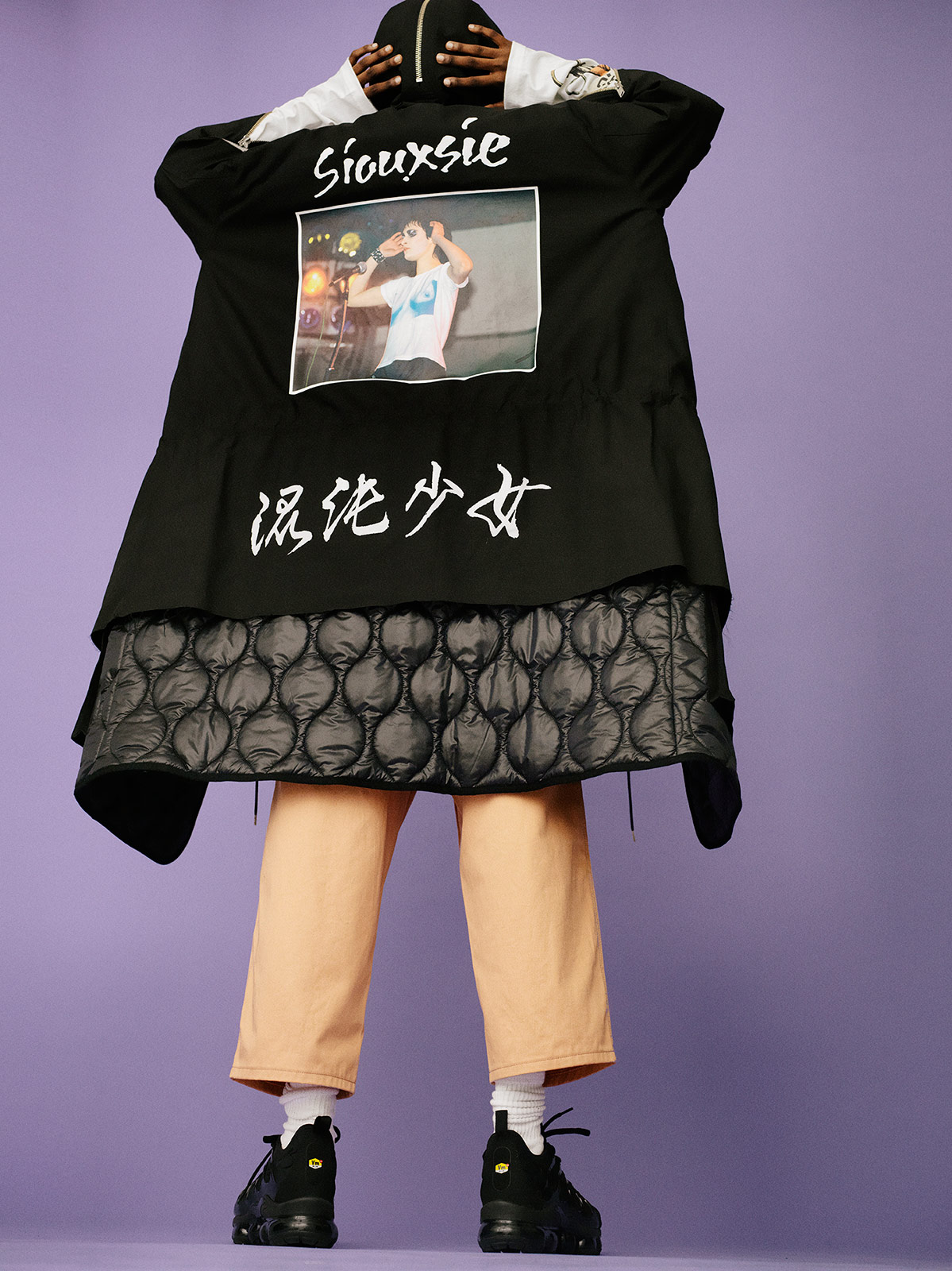 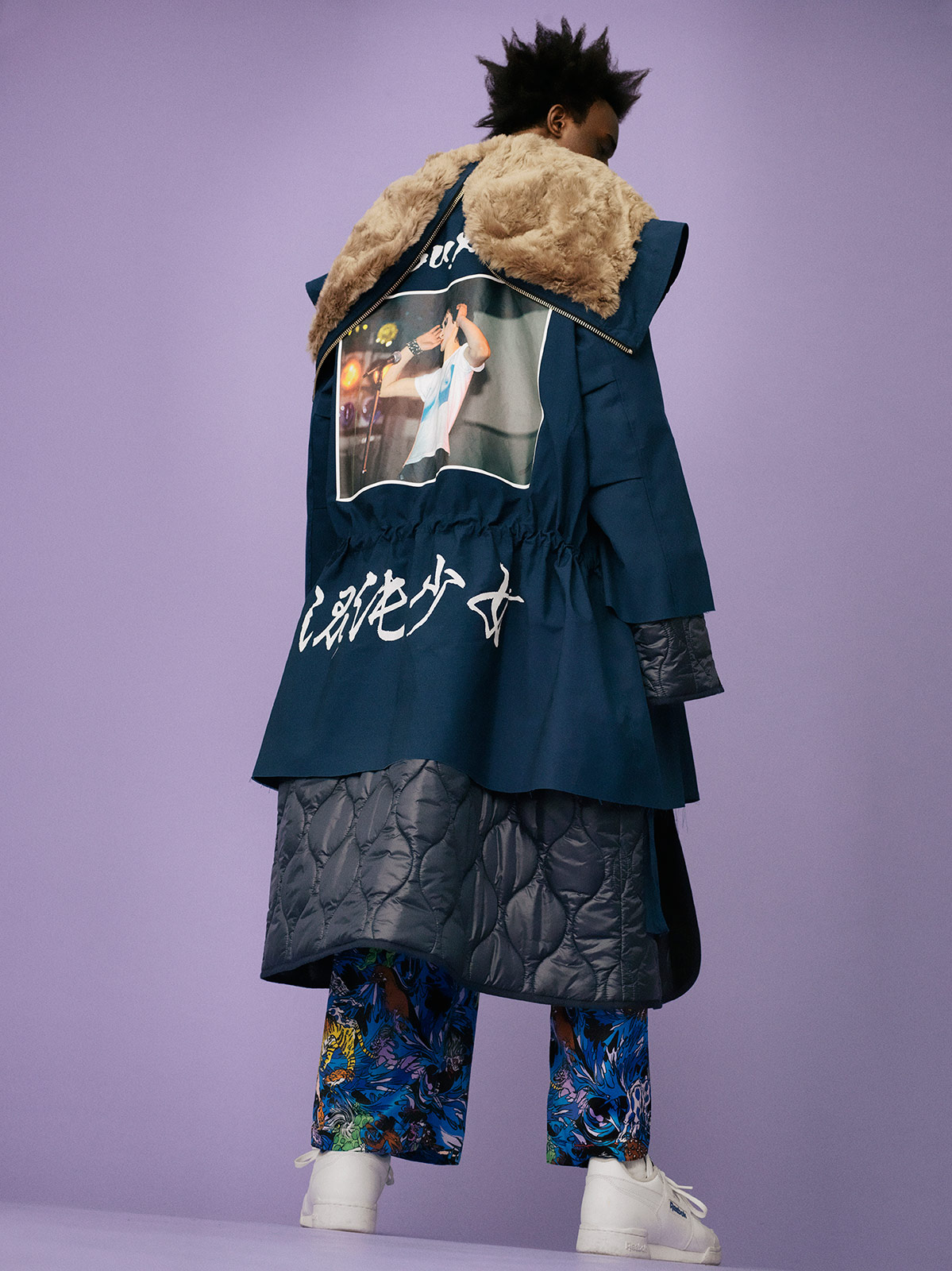 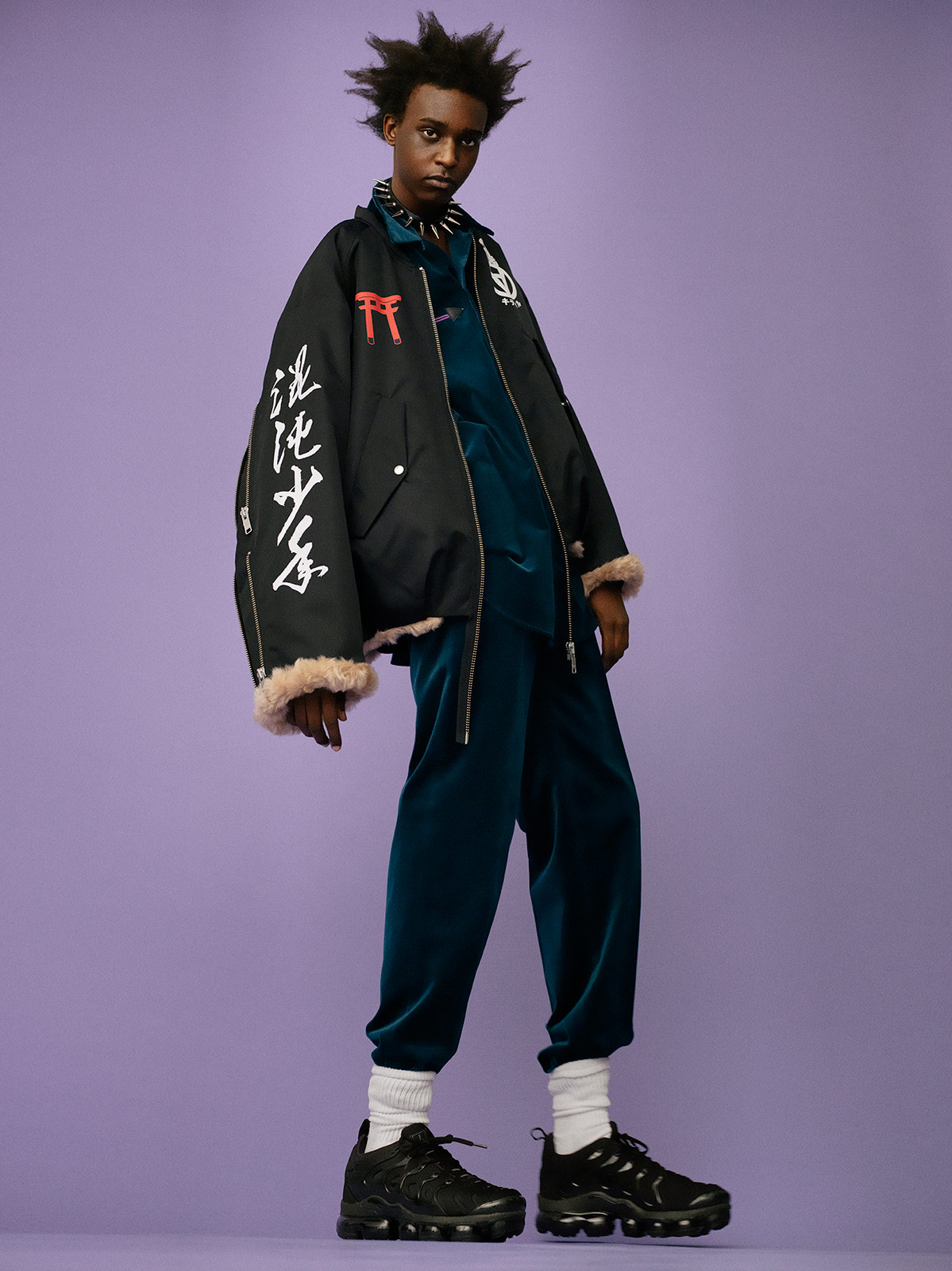 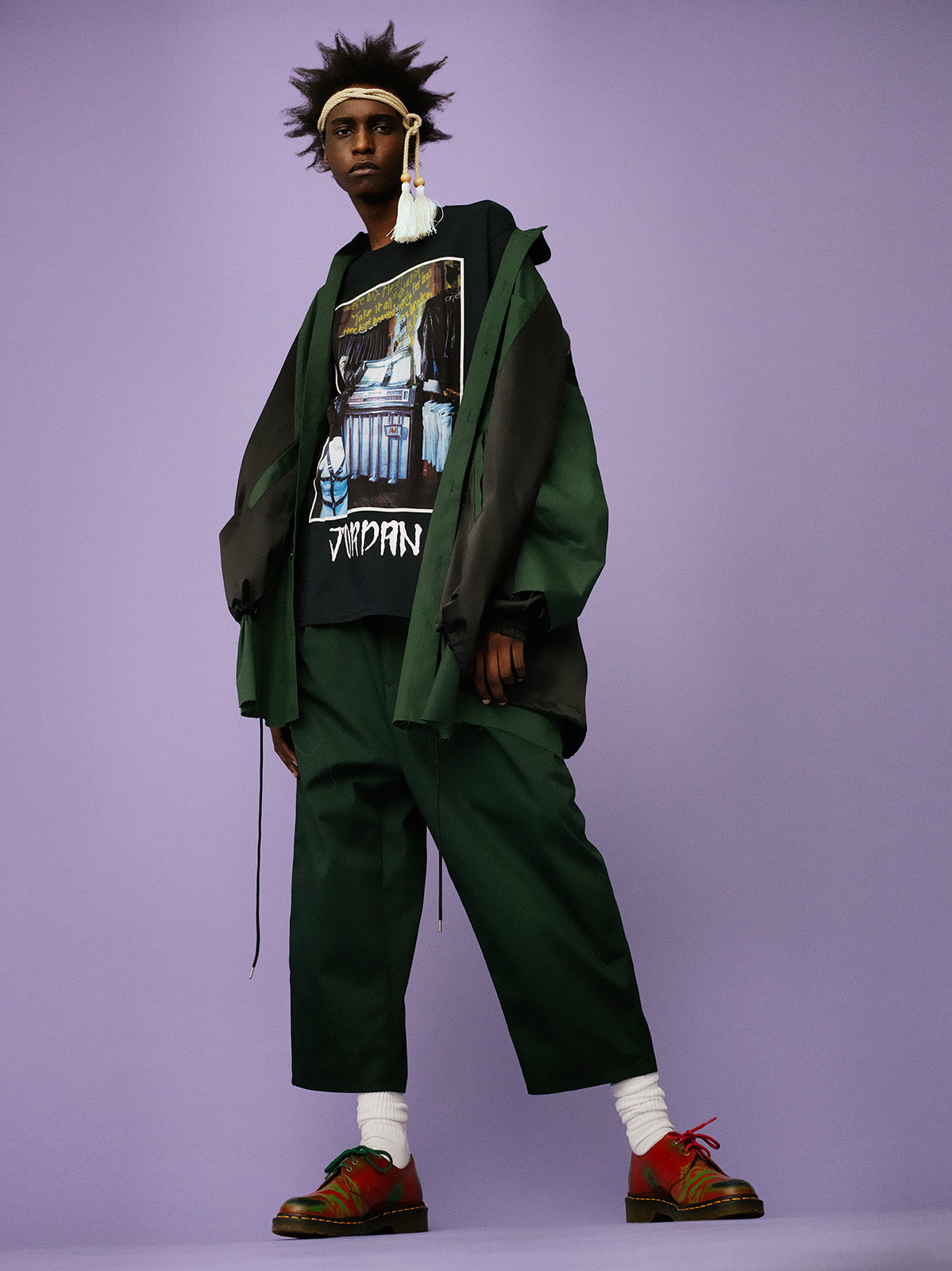 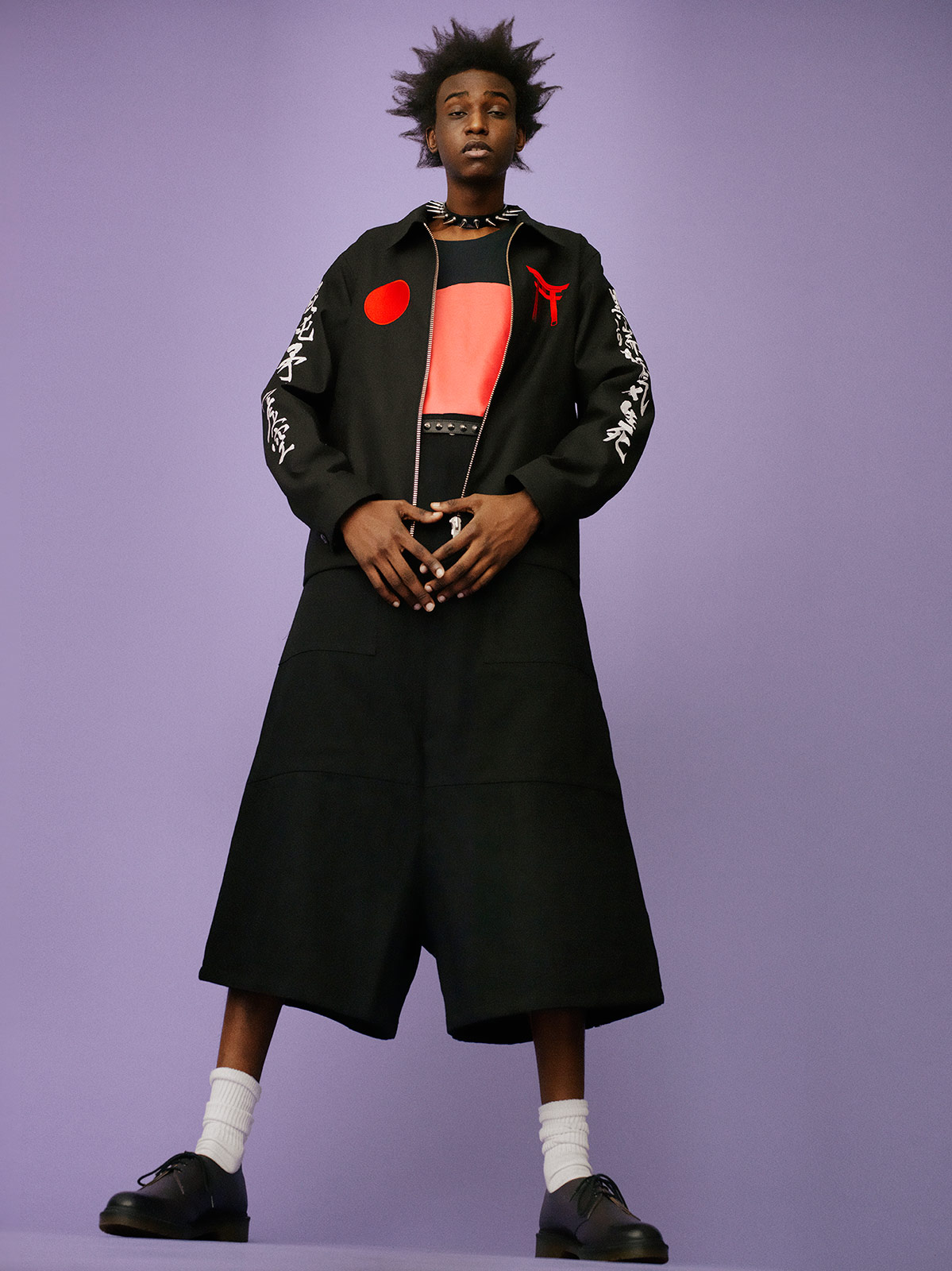 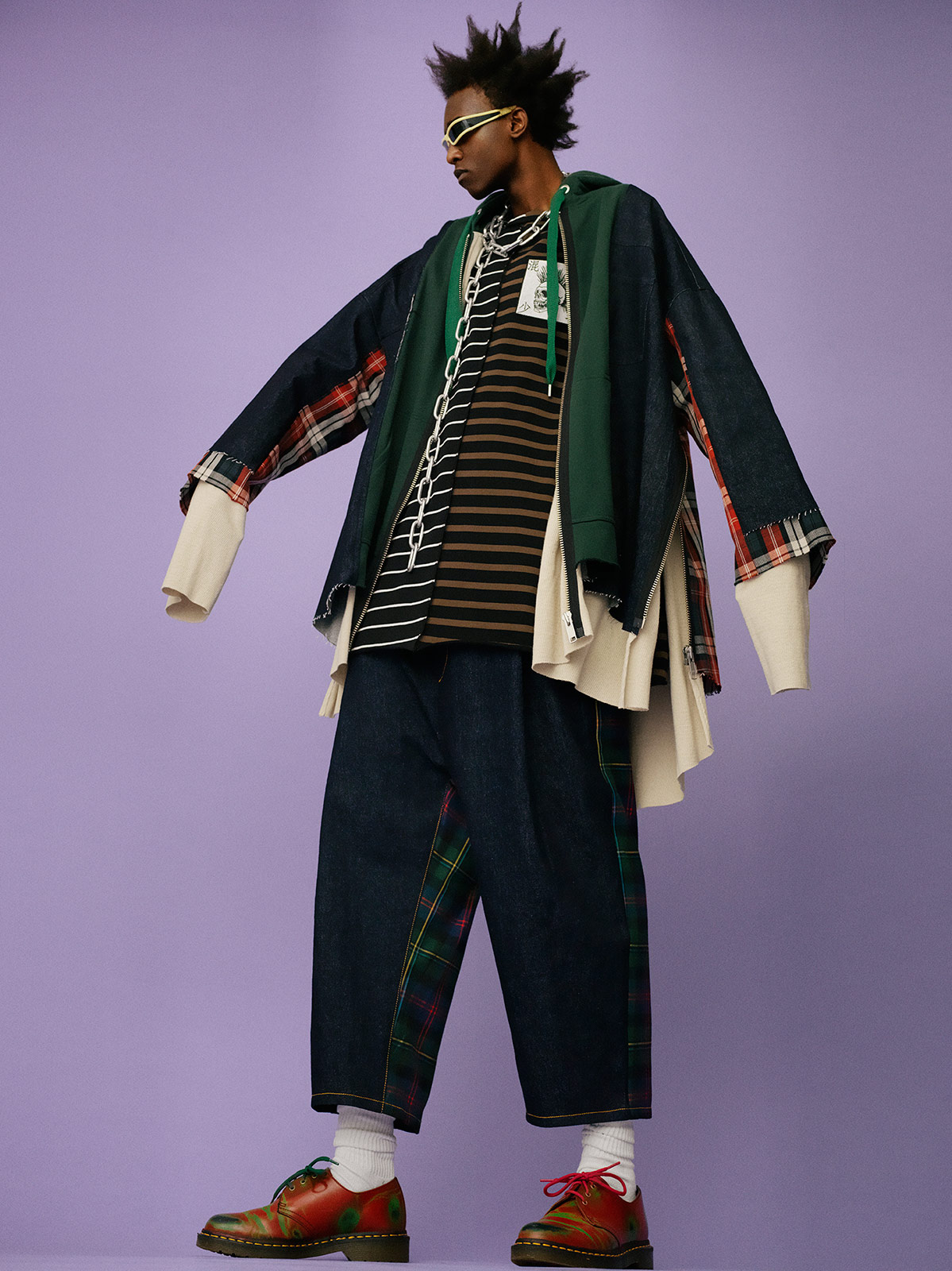 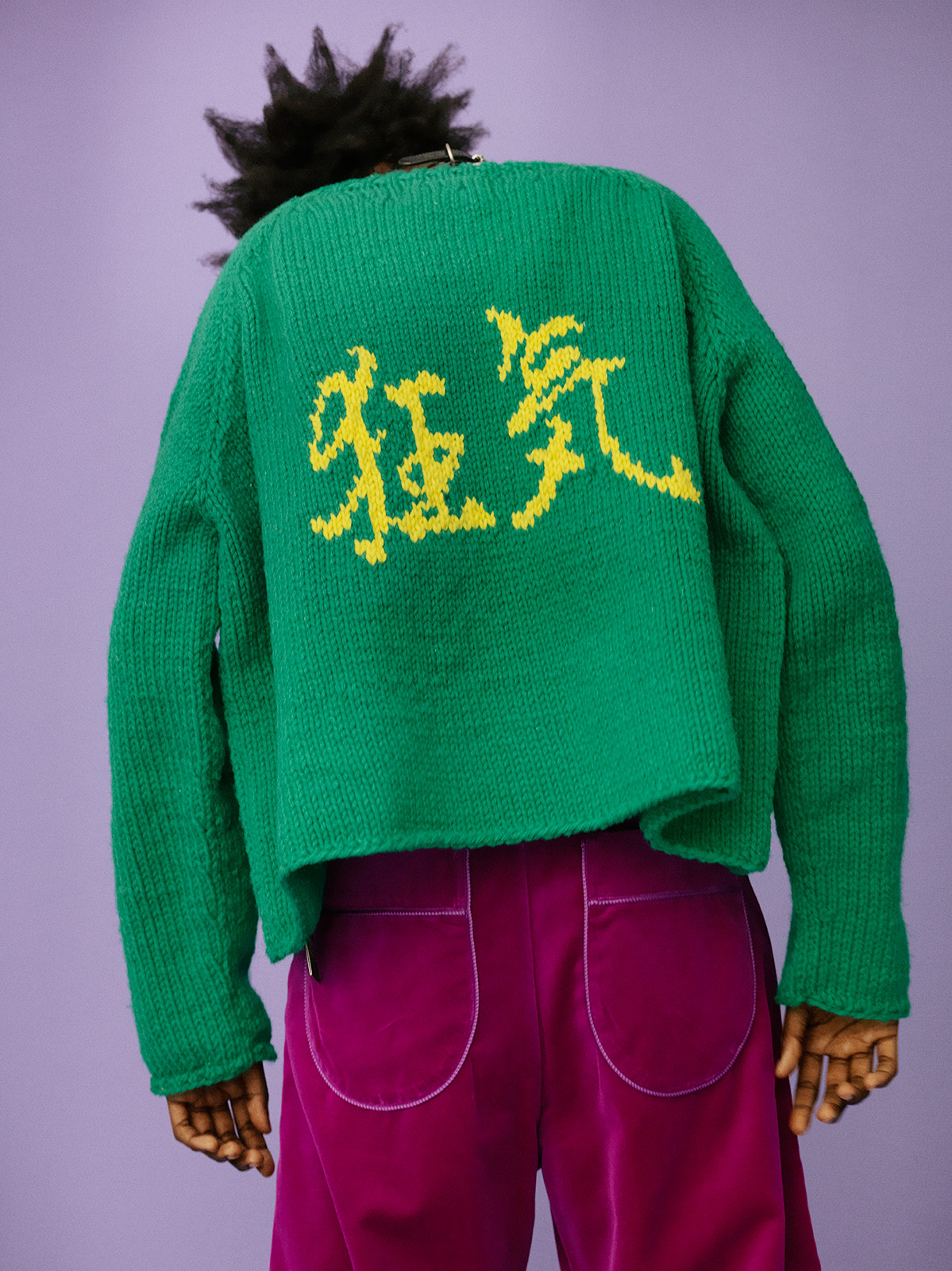 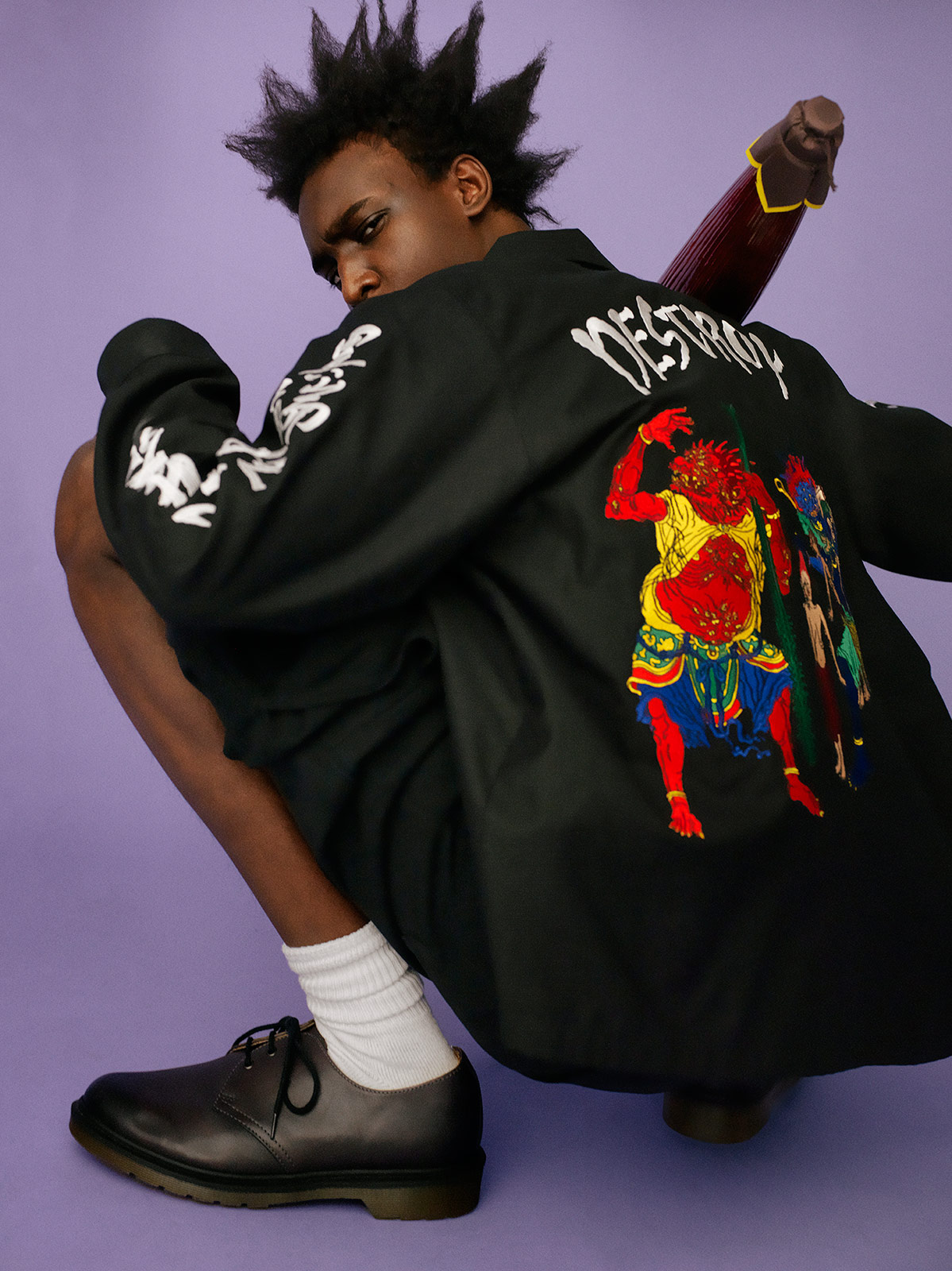