What to show and what to hide 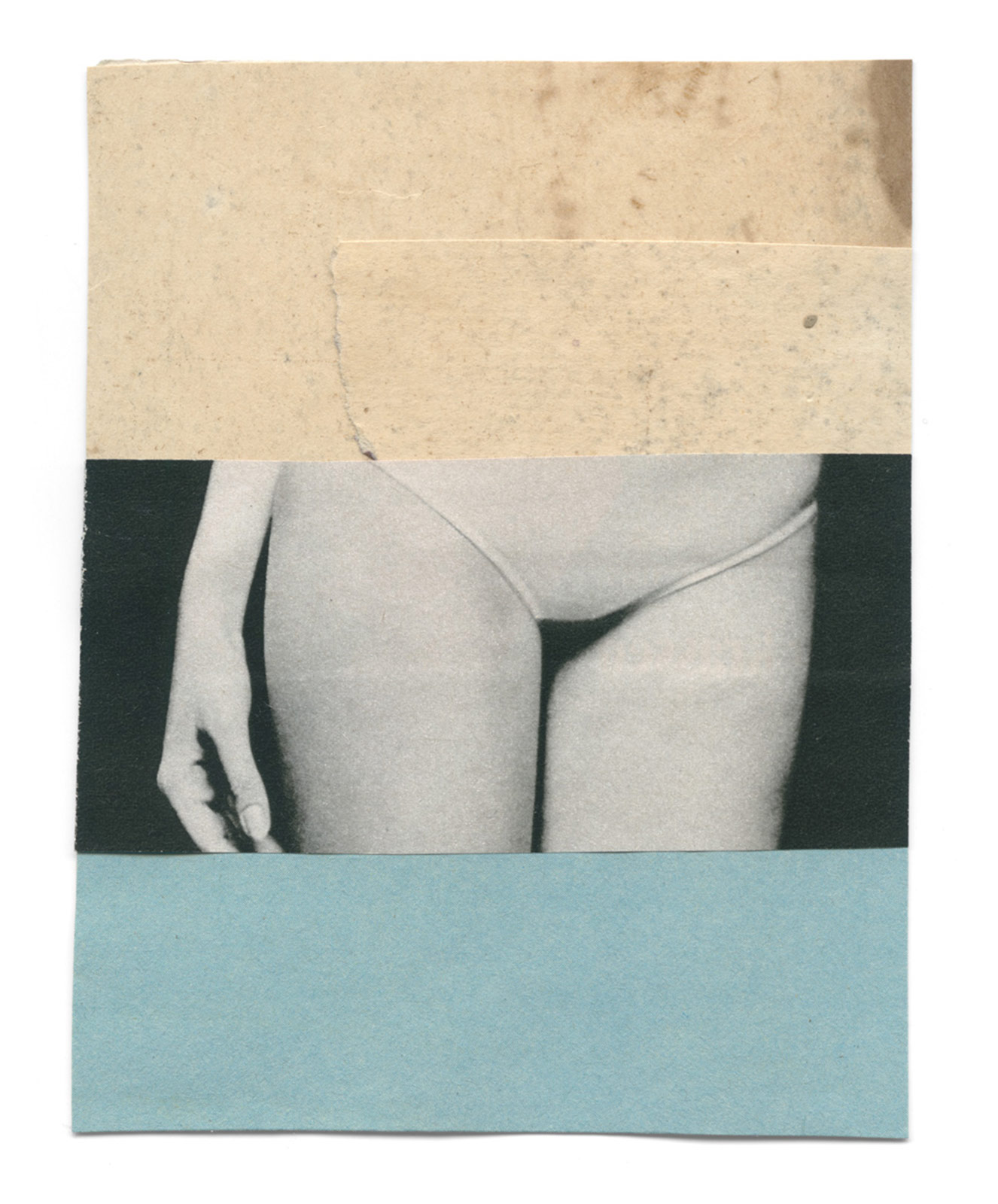 Choosing what to reveal, what to hide, and how to reassemble the different parts of a cut photograph is what makes Katrien De Blauwer’s way of working so fascinating. She does it intuitively because her gaze, instinct, and experience know how to transform an image into something totally new with just a single cut. Three days ago, she inaugurated her first solo show at the Gallery Fifty One Too in Antwerp (Belgium), and will also launch a book later in April. What else is she up to? Today, we speak with her about her past, present and future.
Can you tell us a little bit about yourself? Where did you grow up and where do you live now?
I was born and grew up in Ronse, a depressed and sleepy Belgian town situated in East Flanders, close to Wallonia. At sixteen I moved to the city of Ghent to study painting, and after that, to Antwerp to study fashion. This is also the city where I live at the moment.
How would you describe your art?
My art could be categorized as photography (I’m not using a camera, but I’m re-editing and re-using pictures) or as work on paper. It flirts with fashion, dance, cinema and photography, which leaves it very open to interpretation.
I feel like the choice of your cuts is very important for the impact on the viewer. To me, your collages have something intriguing and mysterious that makes us want to keep exploring more of your artworks. How do you decide which information do you want to show from the original picture? Or how do you choose which information to hide?
Difficult to say, but most of the time this decision is completely intuitive. I don’t really have to think about it, it just happens. 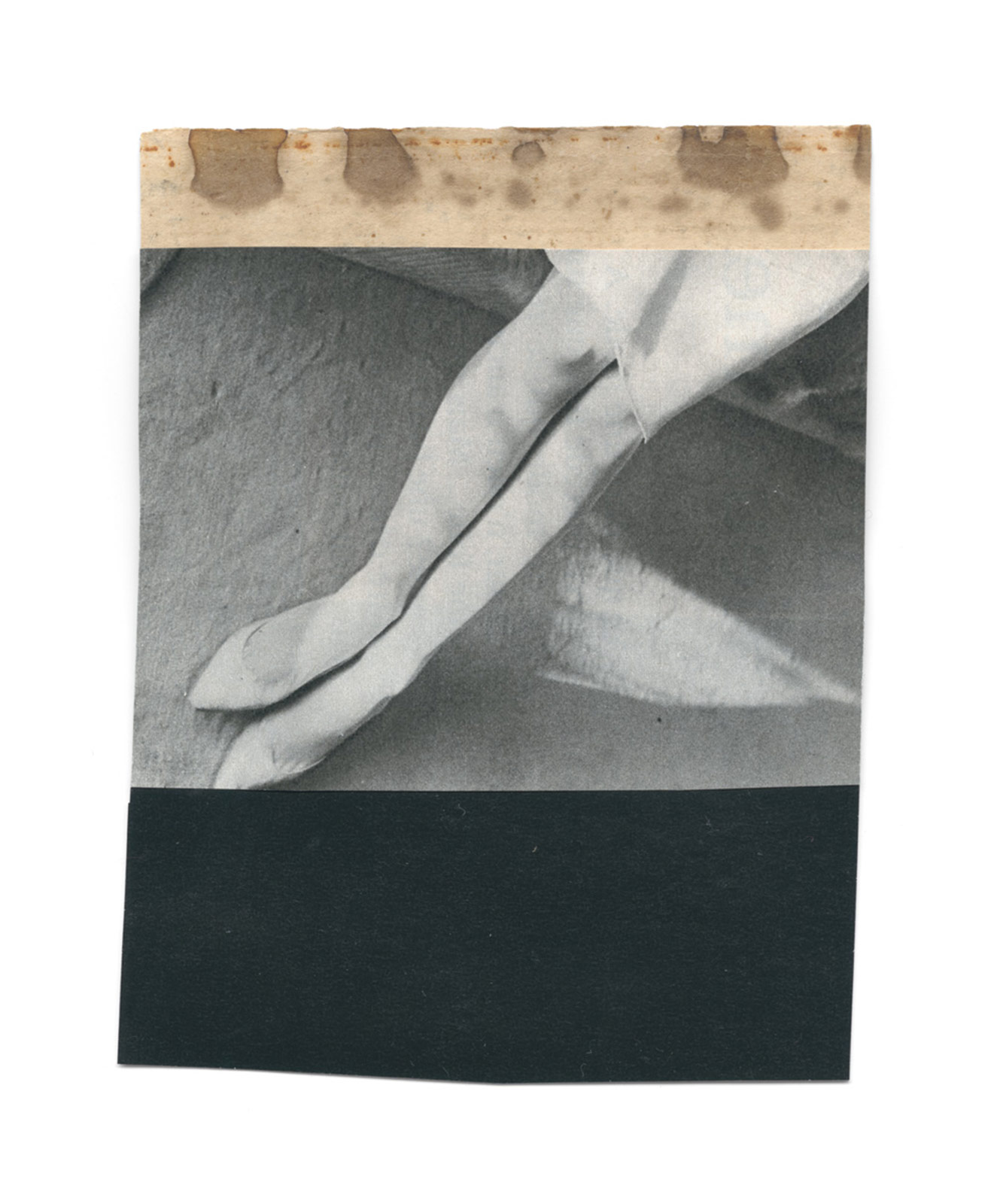 I think your Single Cut series is very interesting and I couldn’t stop looking at them. Can you explain us a little bit how they work?
It’s a process (or technique, as I like to call it) that almost started by accident. I was looking at the works I created one day when I suddenly noticed that something different had happened, something I’d never done before: I took one image, cut it up, and recomposed it again in a different position so that it becomes a new image.
How do you get inspired to create these collages? Do your own experiences or emotions play a role in choosing the images and the composition? If not, where else do you get your inspiration from?
I’m always guided by my intuition, and my emotions are my main inspiration and drive. When I discover a new technique (the single cuts, for example), I keep the idea on the back of my head and let my imagination play with it. More recently, I started working around a theme; for example, the Fugue series is based on a famous art house movie from the ‘60s. I took it as a kind of guide or framework while keeping my intuitive way of working.
I was only able to see a scan of your collages on my screen. How is the actual artwork?
My work is rather small, roughly postcard or Polaroid sized, and is always made with old material from various sources. The works are always framed for exhibitions – and I pay a lot of attention to the frame. I always use UV protective glass to keep the works safe, as they are very fragile. 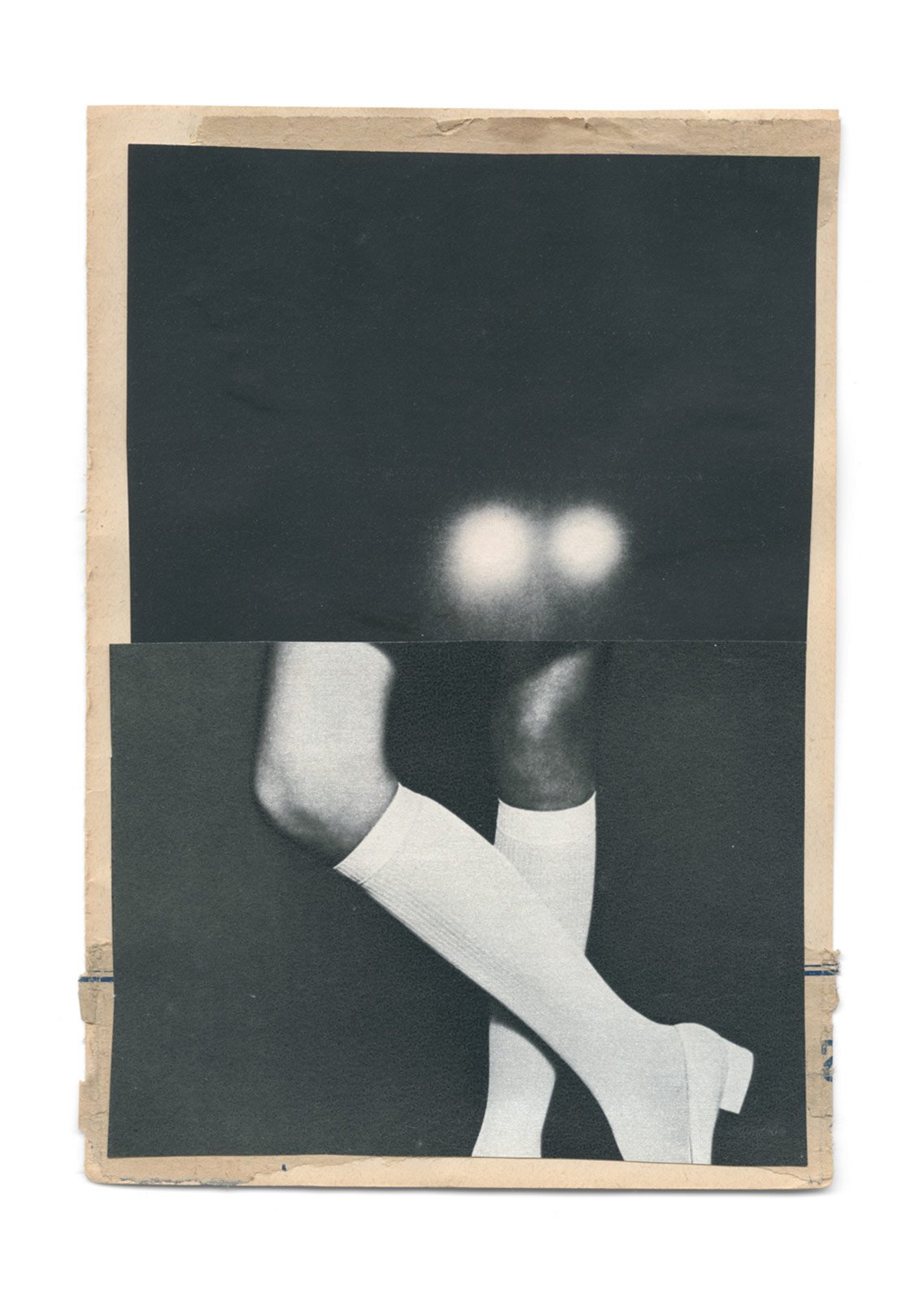 You have created some incredibly beautiful books with your artwork in collaboration with artists. Can you tell us a little bit about them?
The first book, Silently into the Night, was an intense and lengthy process. I made it together with Giuliana Prucca from Avarie. We chose the works together, she invented the concept and layout, and I did the sequence of the work. It’s a treat to work with her because she regards every book as something completely different, a concept on its own, and takes her time to go into the work and the backgrounds of it.
The second book, Stills, was a totally different process. Mathias, the publisher, contacted me through email and explained me the concept of combining a visual artist together with a musician to later publish a book together with a vinyl record. He proposed me some musicians to work with from which I chose two. One of them was not available, which made the choice easy. I made a selection of works that I sent to Danny Clay (the musician), and based on them, he made his compositions. Mathias took care of the layout.
What is the next project your working on? Will you do an exhibition or a new book?
It’s quite a busy year for me: at the moment, there’s a group show running at Stephen Bulger Gallery in Toronto. And there’s another one, my first solo show at Gallery Fifty One in Antwerp, titled Double. This gallery has become my representing one in Belgium and I’m very happy with that. In April I’m going to New York, where my work will be shown at AIPAD, and in May, there’s Photo London.
Also in April, there’s a new book coming out. It will be my first collaboration with Tony Cederteg from Libraryman. I’m very excited about this collaboration as Tony always publishes very nice books. There are plans for another book as well as shows; two of them are already confirmed for the second half of 2018 and 2019, but I cannot give you details yet.
Double by Katrien de Blauwer is on view until April 7 at Gallery Fifty One Too, Zirkstraat 20, Antwerp. 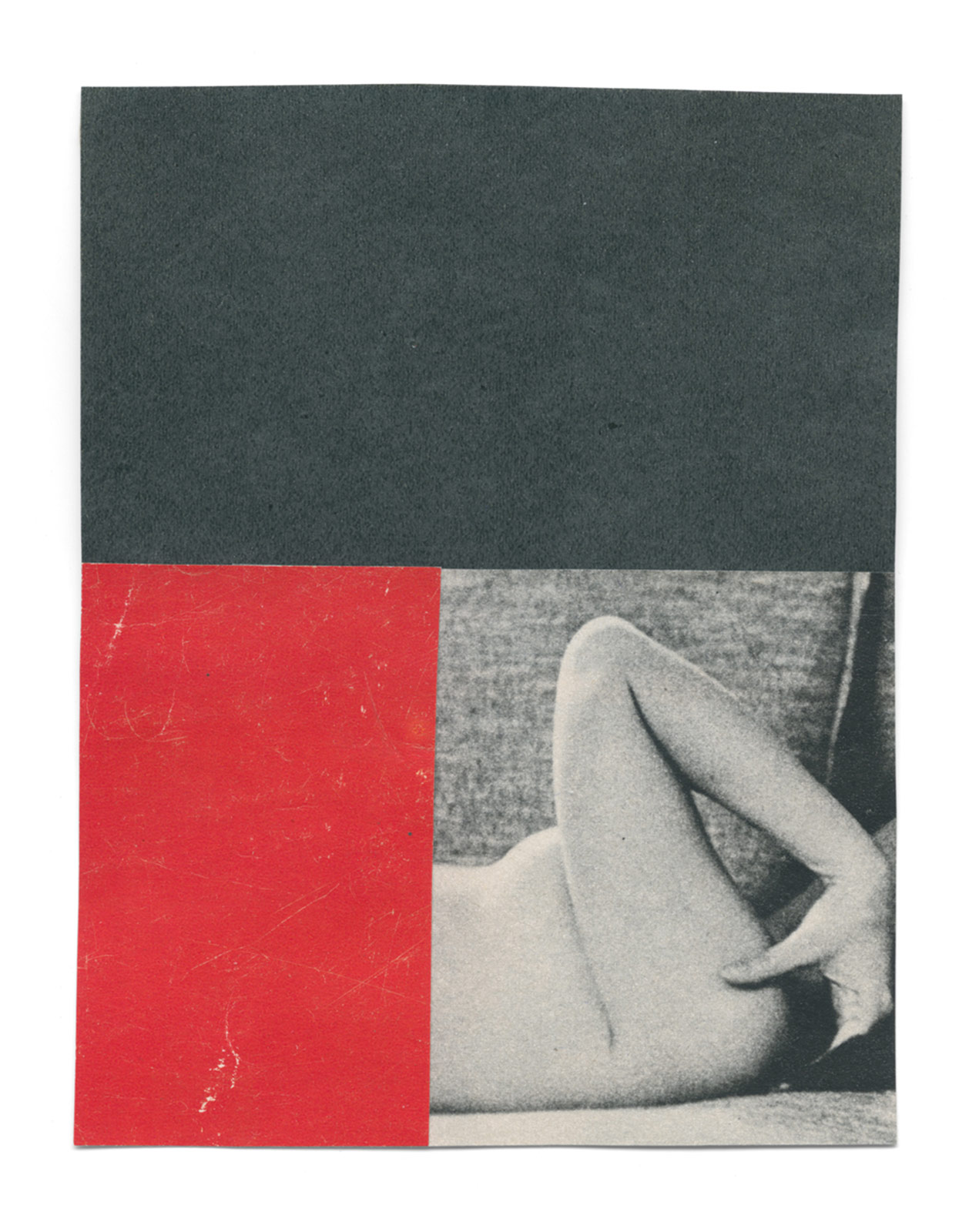 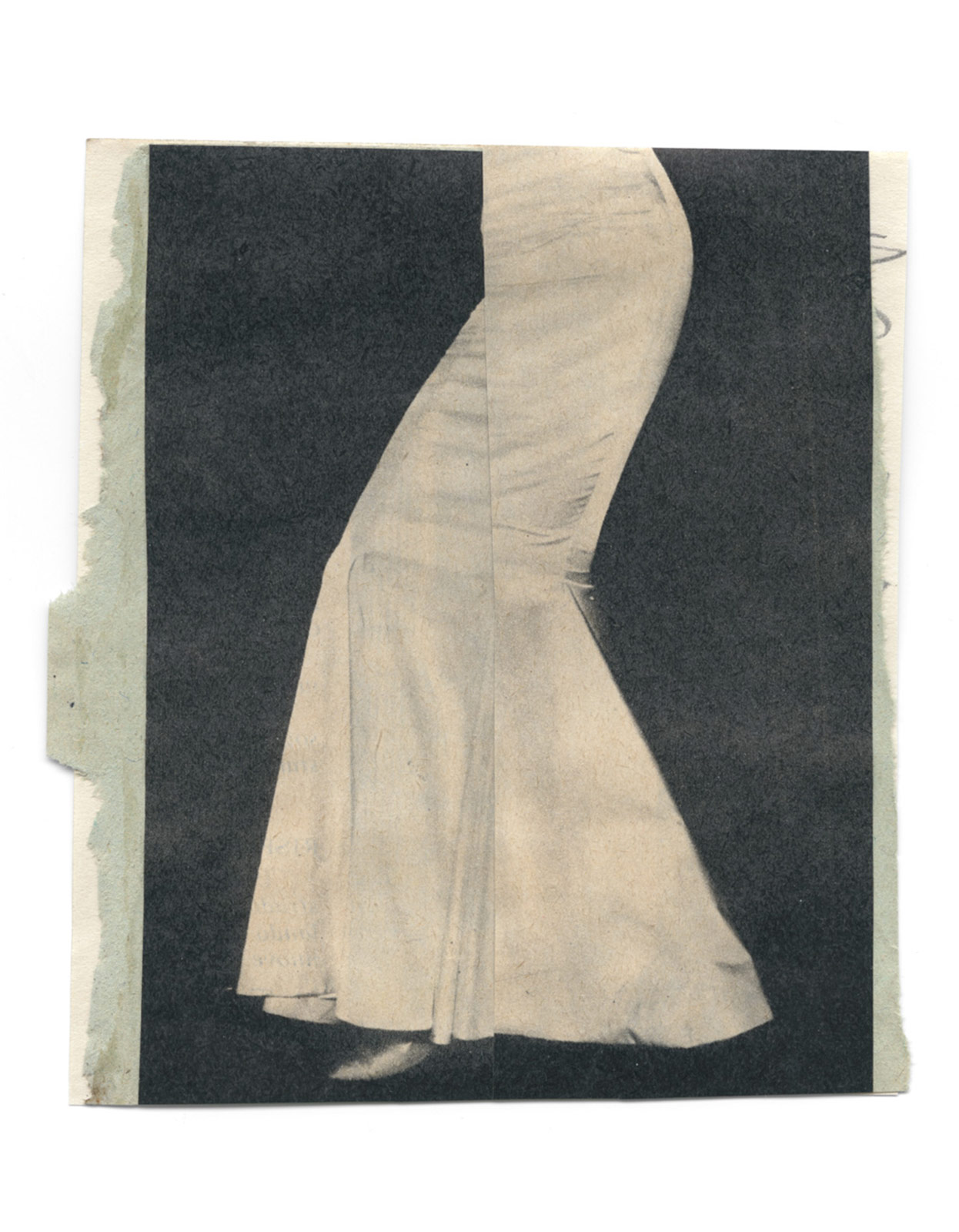 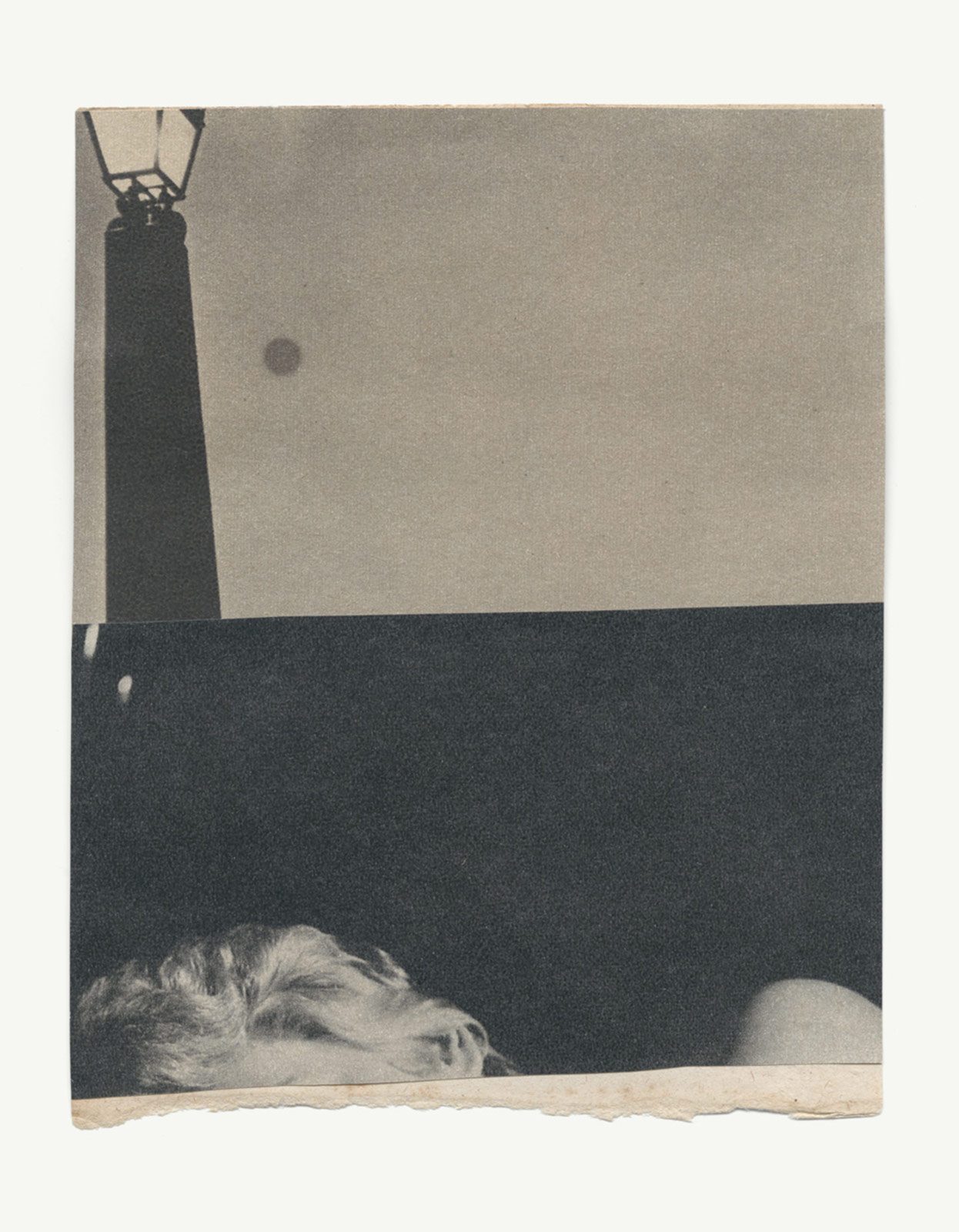 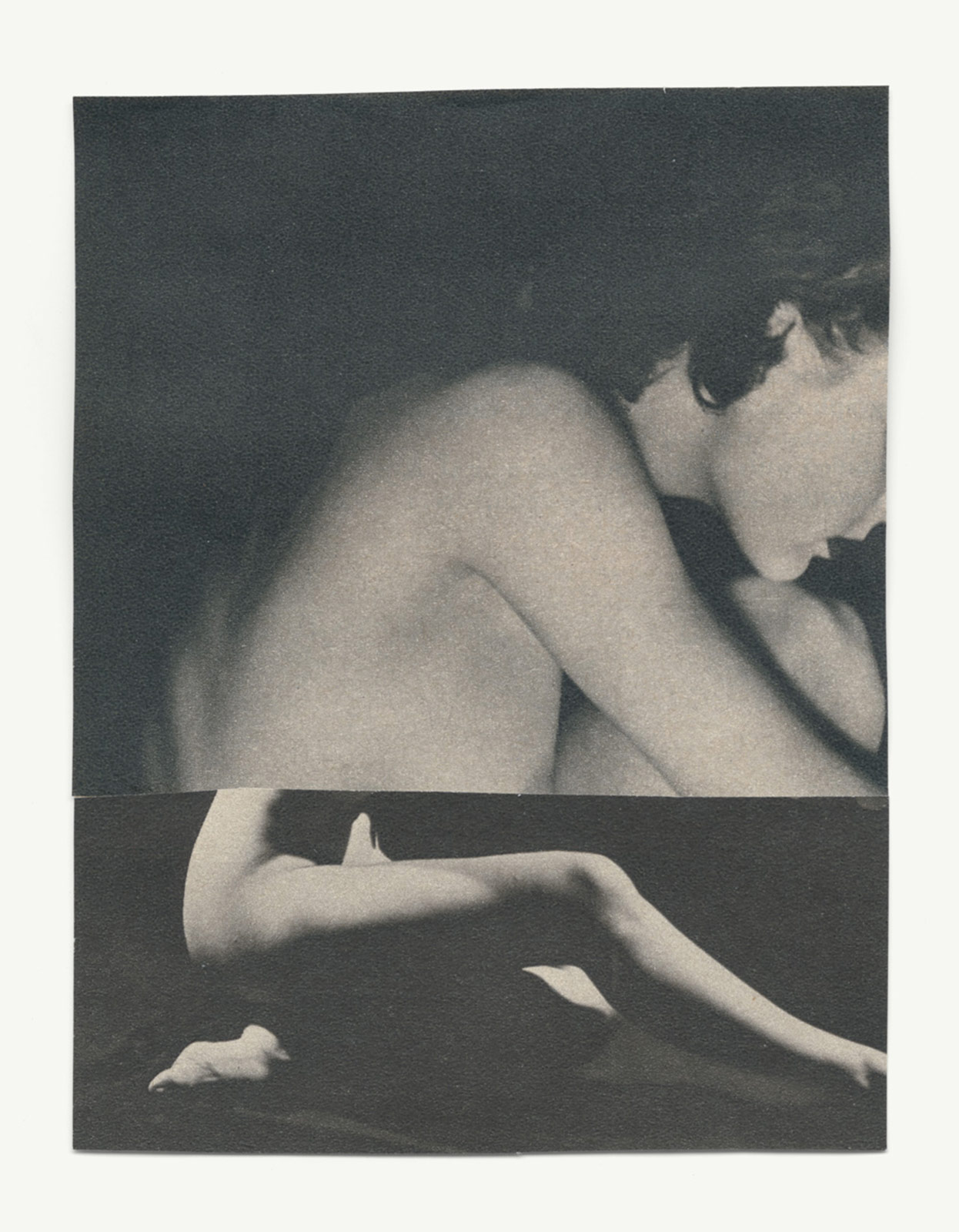