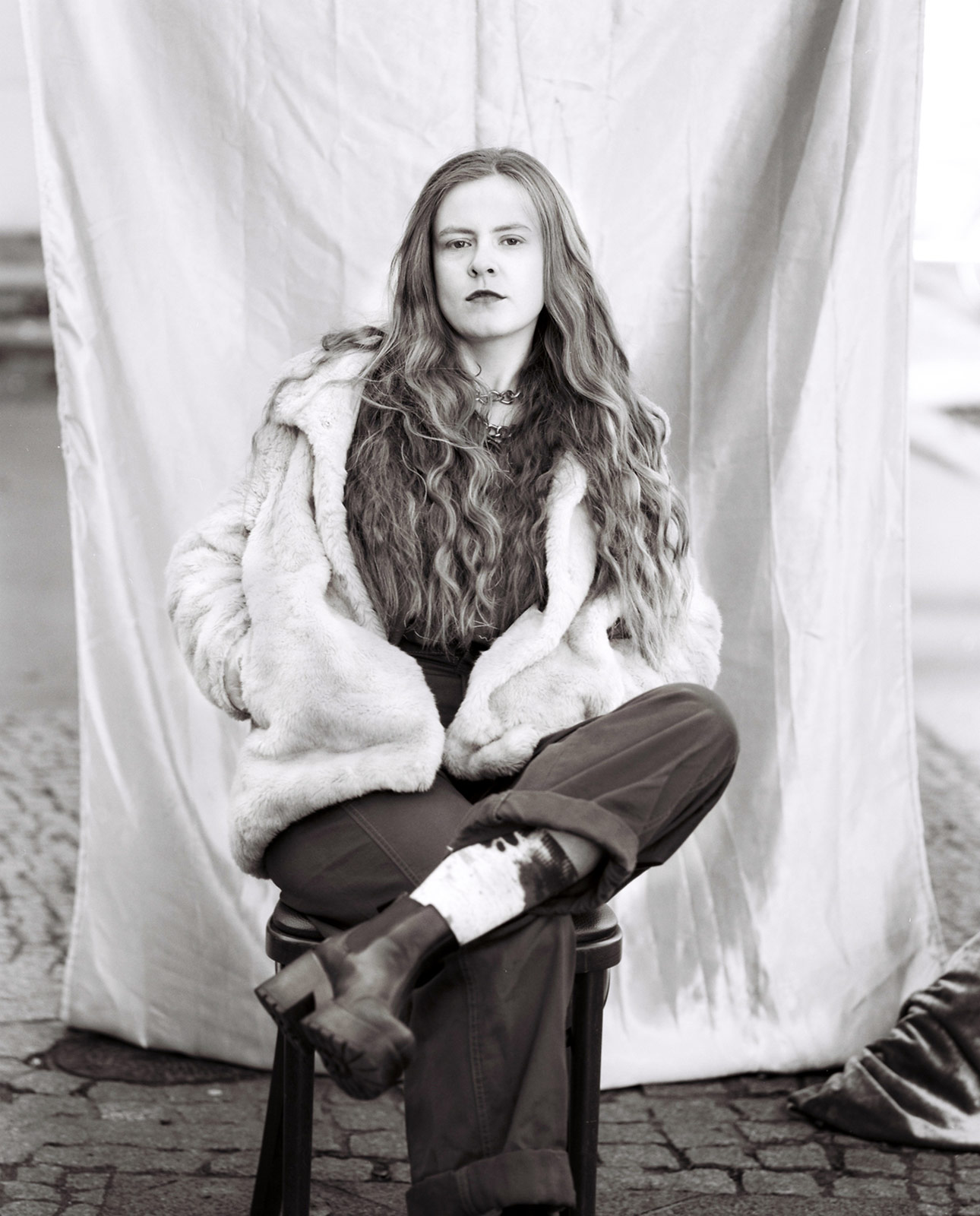 In isolation, we think ceaselessly about ourselves in the future. This constant overstimulation makes us comfortably numb, and we always look forward to whatever is coming next. We rarely stop to think about the present or to remember the past. This is the essence of Berlin-based of Macedonian origin Katerinha’s music: messages of love, a transformation of the suffering into new beginnings, and nourishing her personal relationships.
Katerinha’s music is, according to herself, a combination of "a lot of styles, deconstructing what has inspired me and making something of my own." The Berlin-based artist is fully aware of how challenging this can be. She is consciously taking a different approach to her music and how she wants to present it, keeping in mind what she has learned in her career as an event and artist manager for other musicians – Badehaus and Lekker Collective – alongside her experience as a DJ, bass player, guitarist and singer.

Her multifaceted compositions come to her naturally. She follows her instinct even if her experience says she should be doing things differently. “It will end up being my virtue and flaw. I know this represents a challenge when it comes to marketing my work, but that is how I like to make my music,” commented Katerinha during our socially-distanced meeting in Görlitzer Park this summer.

Growing up in Macedonia, a country arising from the breakup of Yugoslavia, with its history of conflicts between cultures and ethnicities, slavery, exodus and war crimes, has deeply influenced Katerinha and her work. She reflects on the idea "of how I live my life, and about the fact that when my grandmother was my age, she had already escaped three wars.” Katerinha’s generation is turning hardship into harmonious creations, and simultaneously giving a new face to its heritage. Katerinha wants to shift the tragic past from the collective consciousness to make space for love and new beginnings.
This idea brought her together with her sister Milena Viitman to film the debut video back home. They chose five of the many brutalist Yugoslavia-era monuments outspread around the Balkans. She wanted to make a great showcase for them. Most of these constructions have been abandoned over the years, and they serve as a reminder of the cruel times of the recent past. Katerinha and her team hope that their video will encourage other filmmakers to focus on Macedonia, Bosnia and Herzegovina and Serbia as their filming destinations. She jokes “you can travel to another country that is not Croatia for your Netflix series you know."

Trippin’, an RnB-infused love song, is Katerinha’s first released single accompanied by a visually magnetic video that makes viewers frisson. Which later led the audiovisual essay to an award by Prisma as Best Music Video last August, and is part of the Sweden Film Festival 2020’s official selection, as well as a finalist for Out Of The Can Film Festival 2020. Her crew of close friends and team, including her sister who directed the video, travelled to Bosnia and Herzegovina, and Macedonia to film the contemporary dance performance from Exocé Oob Kasongo and Astan Meyer. The synergy between the couple fills the space placidly.

Exocé and Astan’s performance showcases love with its duality between passion and rejection. The naturality of this idea of how we perceive love expands with every one of their movements. The music and their dancing balance them with the enormous structures where they stand.

These monuments emerge across mountaintops in very remote places. However, their imposing presence amazes those who venture out to visit them. While many of the people in the area perceive them as a reminder of the war times, Katerinha sees in them something else. She explains that her team and her “found some sort of metaphor in this love song, the performance, and how you connect the human fragility with the human strength like the monuments do as well. They are so big and imposing but at the same time they give you freedom of interpretation and space.” Just like love should do.
The intense and graceful moment where the performers get carried away inside a white marble room, with a vitrine portraying the Macedonian landscape, was filmed in the inside of the Makedonium Museum-Ilinden Monument. The institution, almost half a decade old, is a memorial resembling a pumping heart, according to the artist, and is mainly constructed out of concrete, with protruding oval windows. It provides the perfect setting for Katerinha’s premise of a powerful human connection to fragility and strength.

Trippin’ and her latest single Not Your Friend were all produced by Katerinha herself. After saving up and working with different festivals and labels, she was finally ready to bring her friends and contacts together. Not Your Friend is set in a close door recording room, with what seems like a familiar environment with deep and meaningful interactions and reactions. The video displays a choir of five singers, one guitar, and herself, pouring their emotions out and letting them sync with the music. “The video is very simple and it doesn't have all these percussion and synthesisers. I go with what I feel. I feel like it is going to be the strongest”, she tells me with a stirring smile.

Katerinha’s upcoming projects are yet to be announced. She is planning to release more songs this year, which will compose her debut EP. I’m convinced we will hear something that sounds completely different from the songs that Katherina has already released. With every new song, Katherina introduces us to new chapters of her creativity. What we have seen up until now weaves together authenticity and sweet, melodic love expressions, and what is yet to come will likely build upon and bind this all together into a magnificent whole.