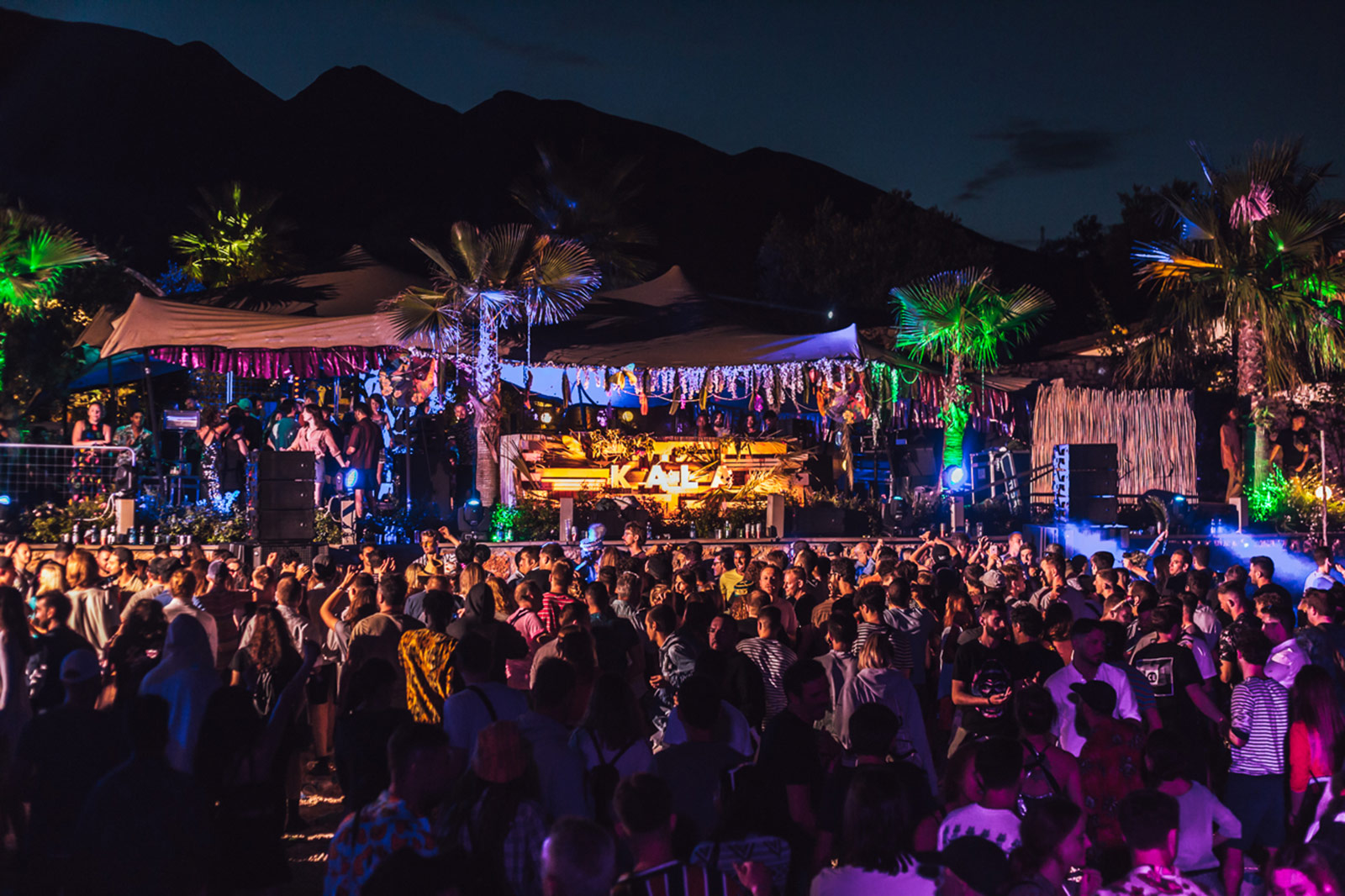 Albania’s idyllic coastal village of Dhërmi is about to welcome a host of artists, yogis and tourists from June 12 to 19. Whilst Kala Festival’s Instagram feed is full of grand pictures of the coastline and natural wonder of the location, the festival’s biggest charm is its intimate, unpolished reality. Meanwhile, after its first run last year was attended by Albania’s Prime Minister, Edi Rama, this is a place where partying is undoubtedly political.
Crack magazine writes, “Following the fall of its communist structure [in 1990], Albania – a country rich in history and natural beauty – is in flux.” From an isolating authoritarian dictatorship under Enver Hoxha to a problematic transitional government that has held court since 2013, there are currently violent protests in the capital, Tirana, from both left and right-wing supporters demanding a government reformation, namely the demission of Edi Rama.

Edi Rama’s attendance of the festival last year says something about to what extent this political leader wishes to integrate into the European Union as well as perhaps make some good press, albeit strangely glorifying accusations of corruption. “Albania has always been beautiful, but people think of it as a place where you get robbed or killed. But the stigma has helped us. When someone visits and gets out alive, they realise it’s paradise!”, he recounted at last year’s edition. He later dropped off crates of free Albanian beer for, the mostly English, attendees.

Kala is a small capacity festival composed of open-air venues, including the coveted, only accessible by boat, Gijpe Island. Here, festivalgoers are left alone in a forested, red-stone cove. The island has a waterfall and plunge pool to be discovered in the mountainous surroundings of the intimate DJ booth. Catch unmissable sets by ‘Gijpe residents’ London-via-Belfast Brian Not Brian and Sydney-born Lauren Hansom. 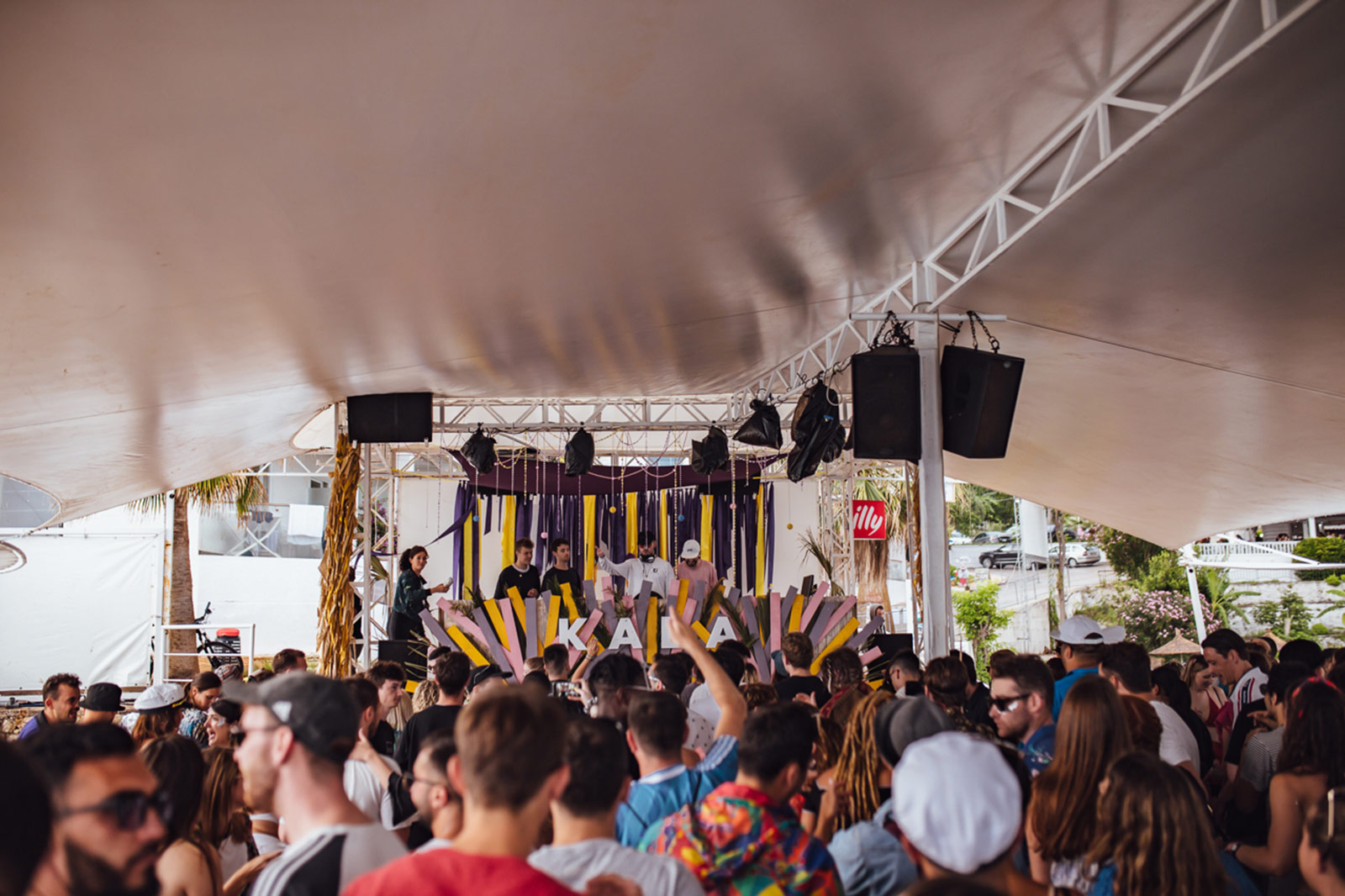 Whilst petrol-bombs are thrown in the capital, Kala acts as a synonym for escapism. The coastal town welcomes this Western event with open arms and great pride, and Kala, in turn, puts locals on its line-up. The festival leans towards electronic music, which can easily be associated with rebellious youth culture. But what are they saying in a country that is experiencing deep political unrest?

Kala has already been compared to The Beach, Alex Garland’s ecstatic look at an anarchist community of Anglophone travellers living on a secluded island. But with government officials dancing backstage last year, perhaps Albania tries to harness a cultural shift to build financial stability rather than an idyllic escape. Organisers are fashionably eco-conscious, proposing carbon offsetting, reusable cups, and there are stories of last year’s last-standing clubbers doing early-morning rubbish picks on the shore. Even the stages were built from reclaimed wood. According to Resident Advisor, “The production had a cute DIY feel.” 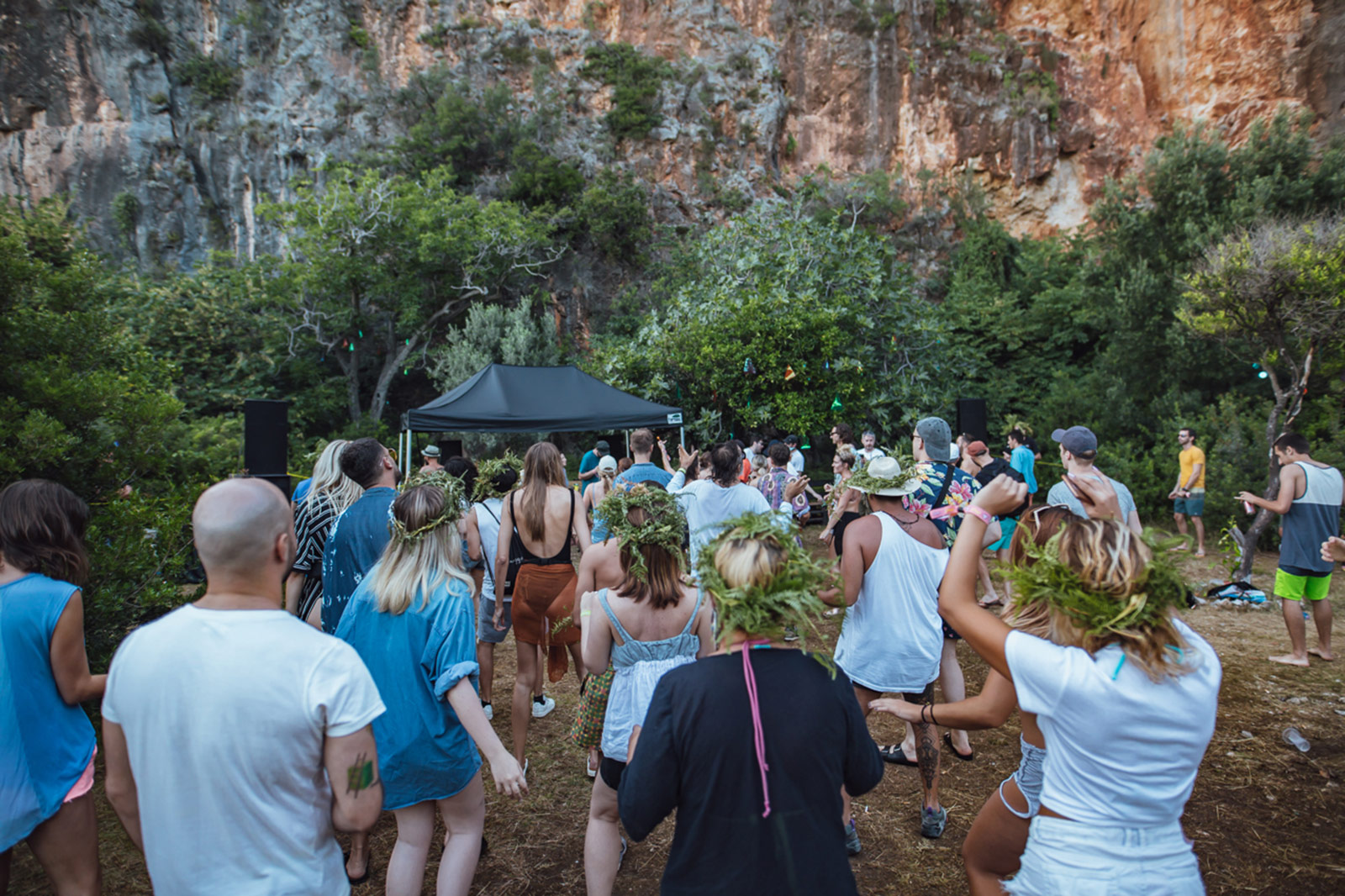 Live concerts from late-1980s electronic band Inner City and noughties nou-disco band Hercules & Love Affair are sure to get the crowd dancing. Fatima & The Eglo Live Band brings modern soul to Kala, and Mim Suleiman’s fun blend of East African music and Swahili lyrics with dub, jazz, soul and funk will be another great performance. The festival also comprises of excursion opportunities, wellness-yoga classes, gong baths and beach massages, water-sports and, of course, accommodation and catering.

Kala festival promises to have a sunny, international atmosphere. Prime-time spots on the line-up are often given to lesser-known artists, underlining a music-led, non-hierarchical spirit. Whilst the economic benefit of Westernizing Albania could be a concern for cultural homogenization, organisers seem conscious to be inclusive and make a minimal impact on the natural surrounds and peace in the small Mediterranean village.

Last year having “truly welcome[d] both travellers and electronic music” according to Crack Magazine, I hope a home-grown scene will be flourishing. And what we hear of the local sets will give a handle on whether electronica is a place for escapism from and criticism of the corrupt political structures.
Kala Festival will take place from June 12 to 19 at Dhërmi, Albania. To get tickets, visit this link. 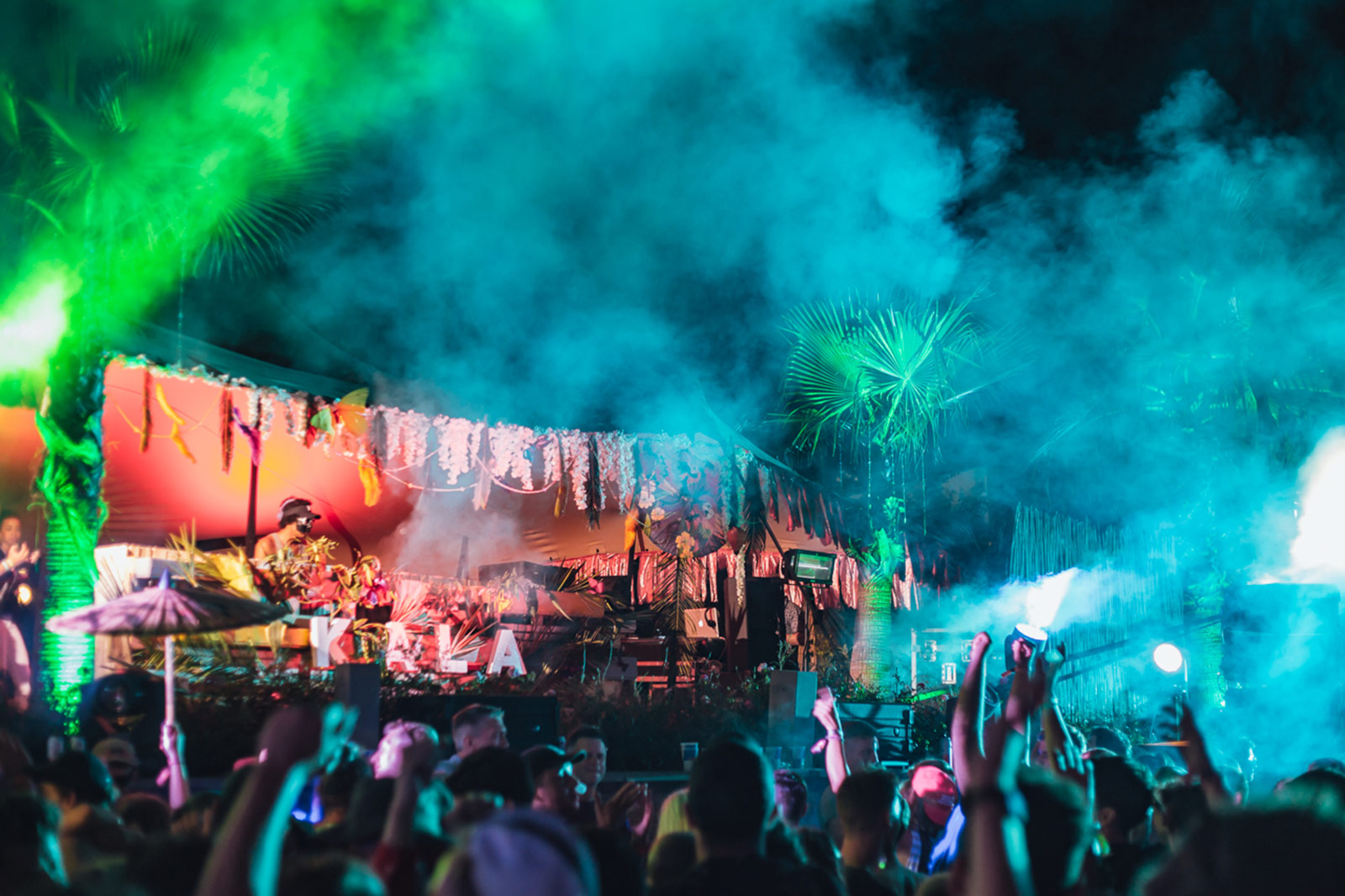 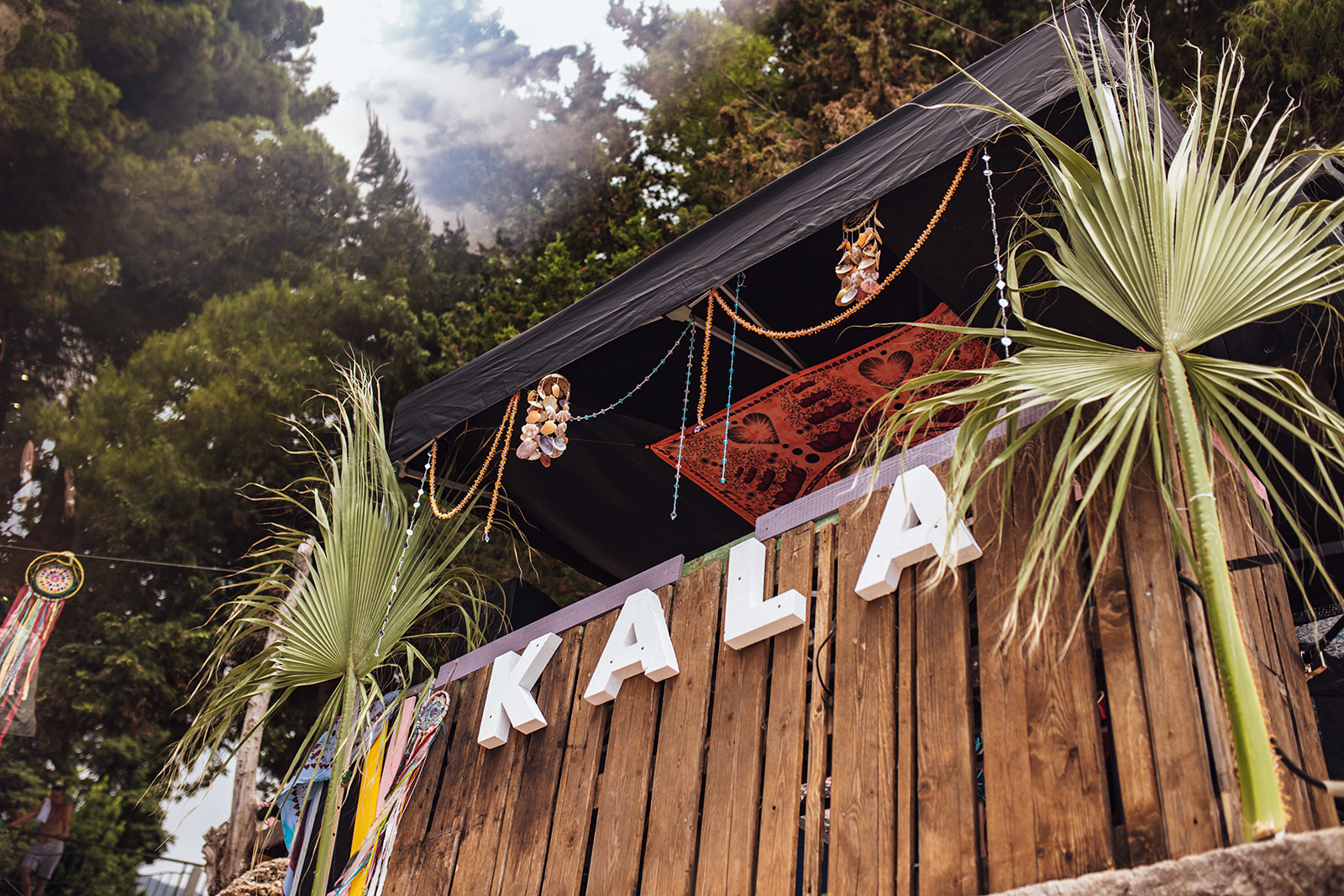 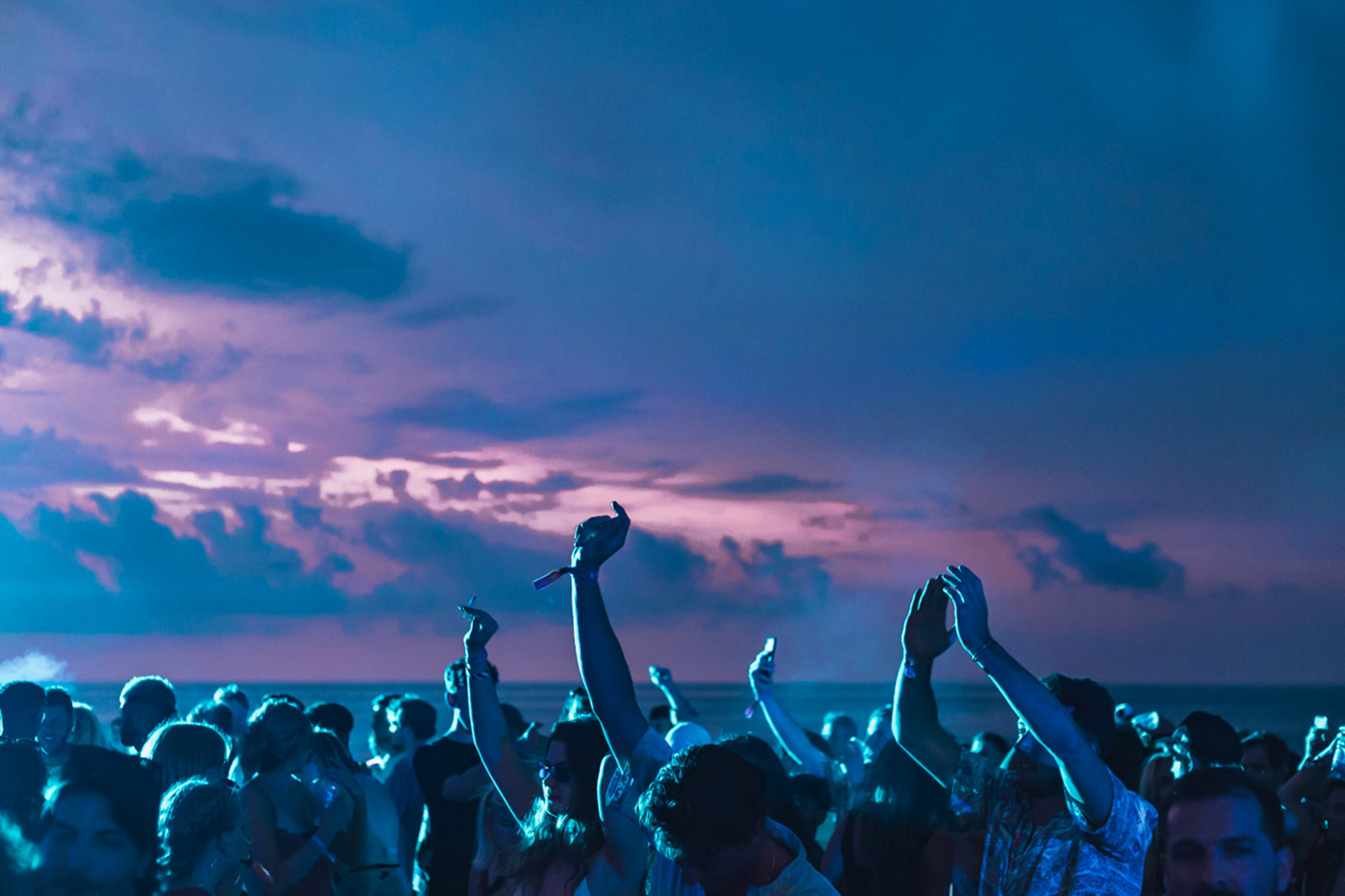 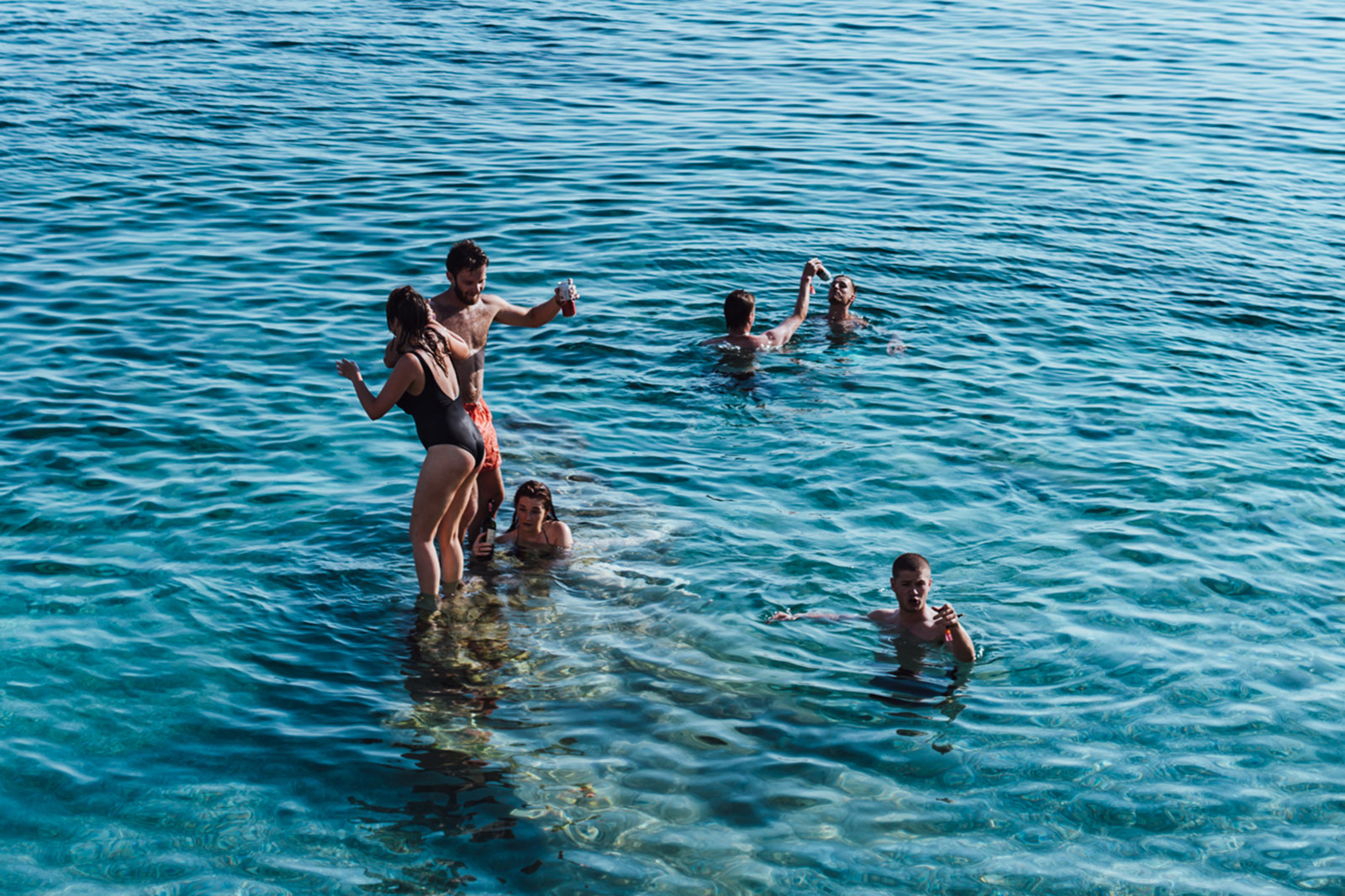 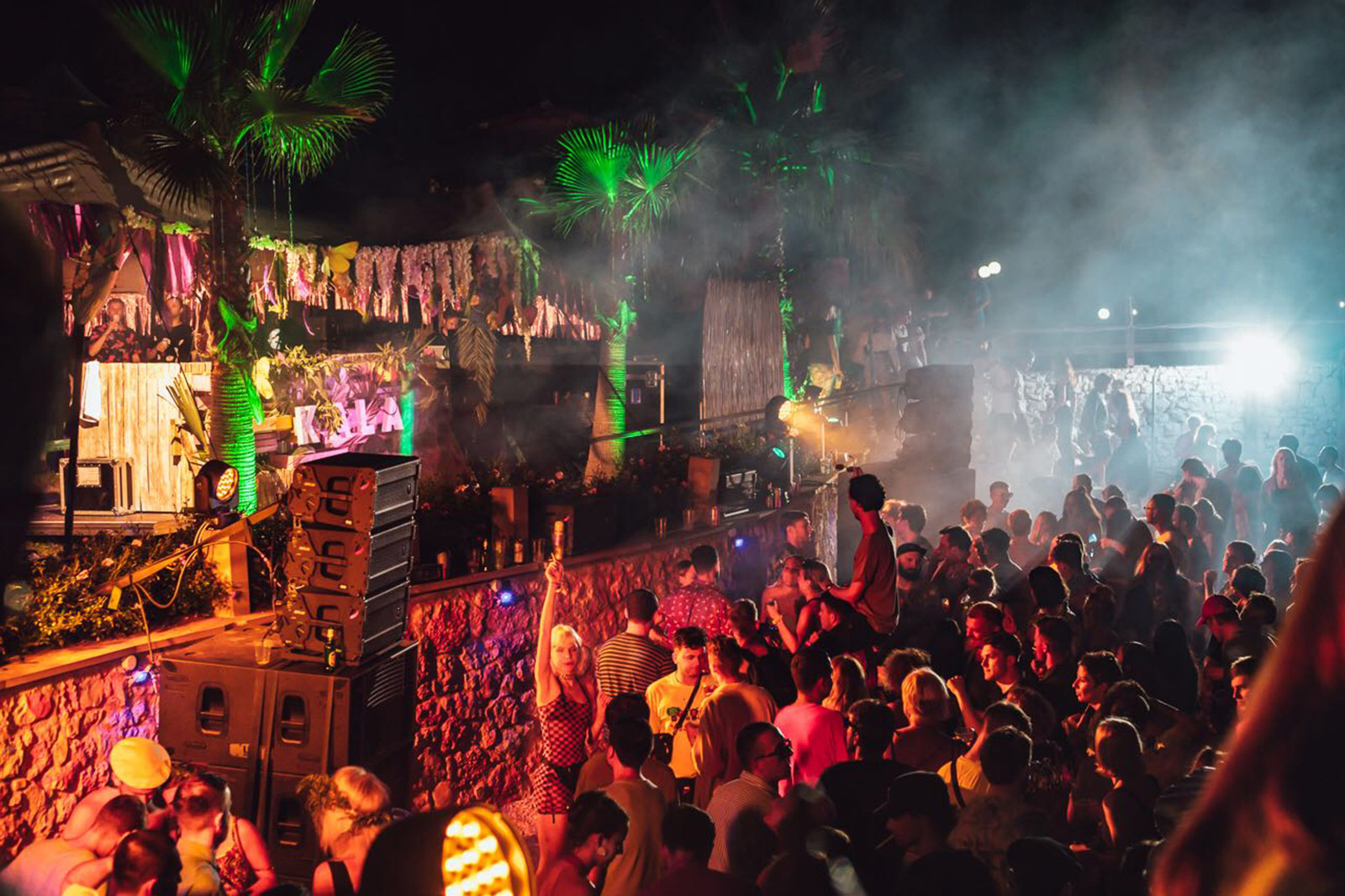 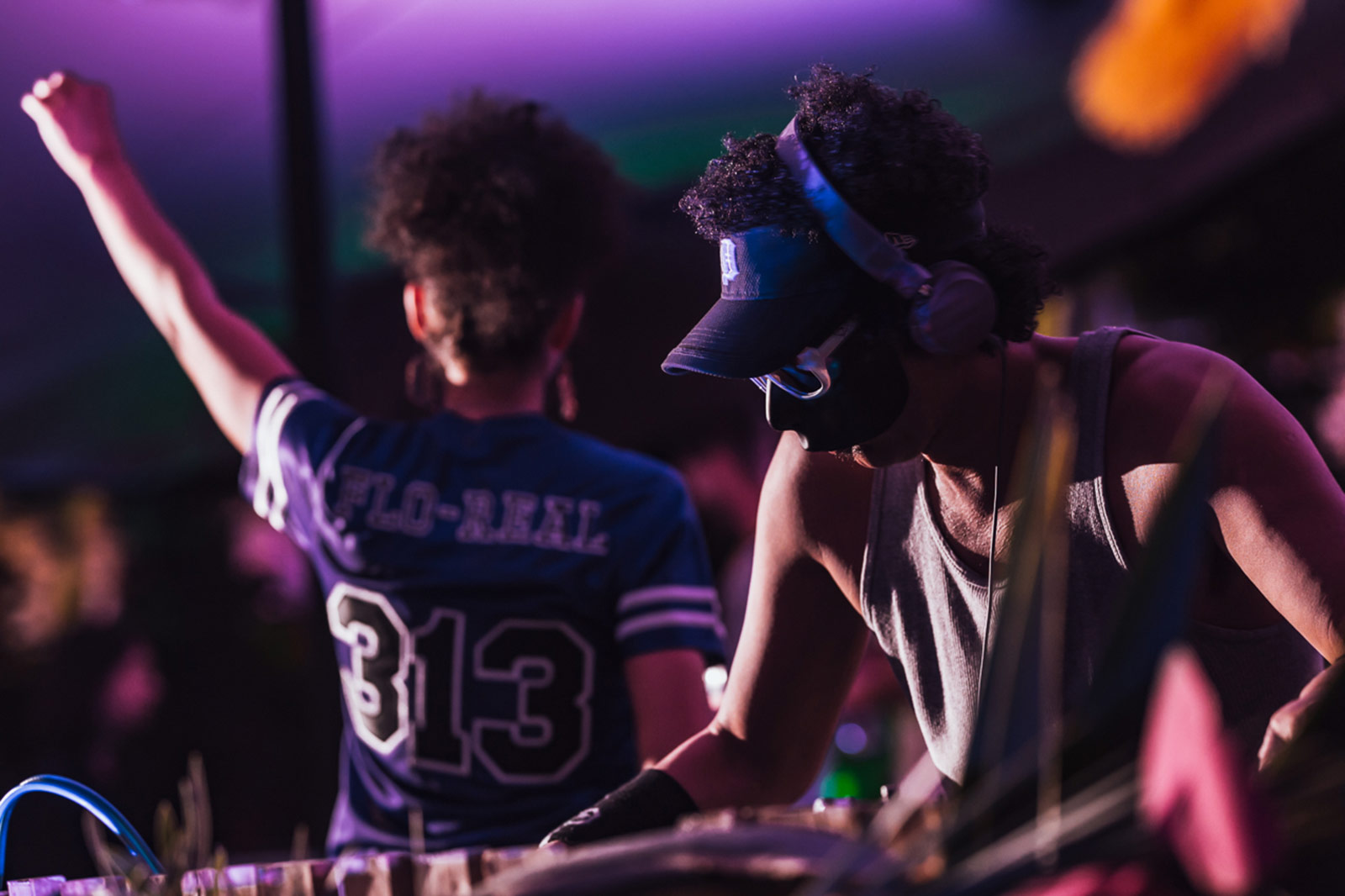 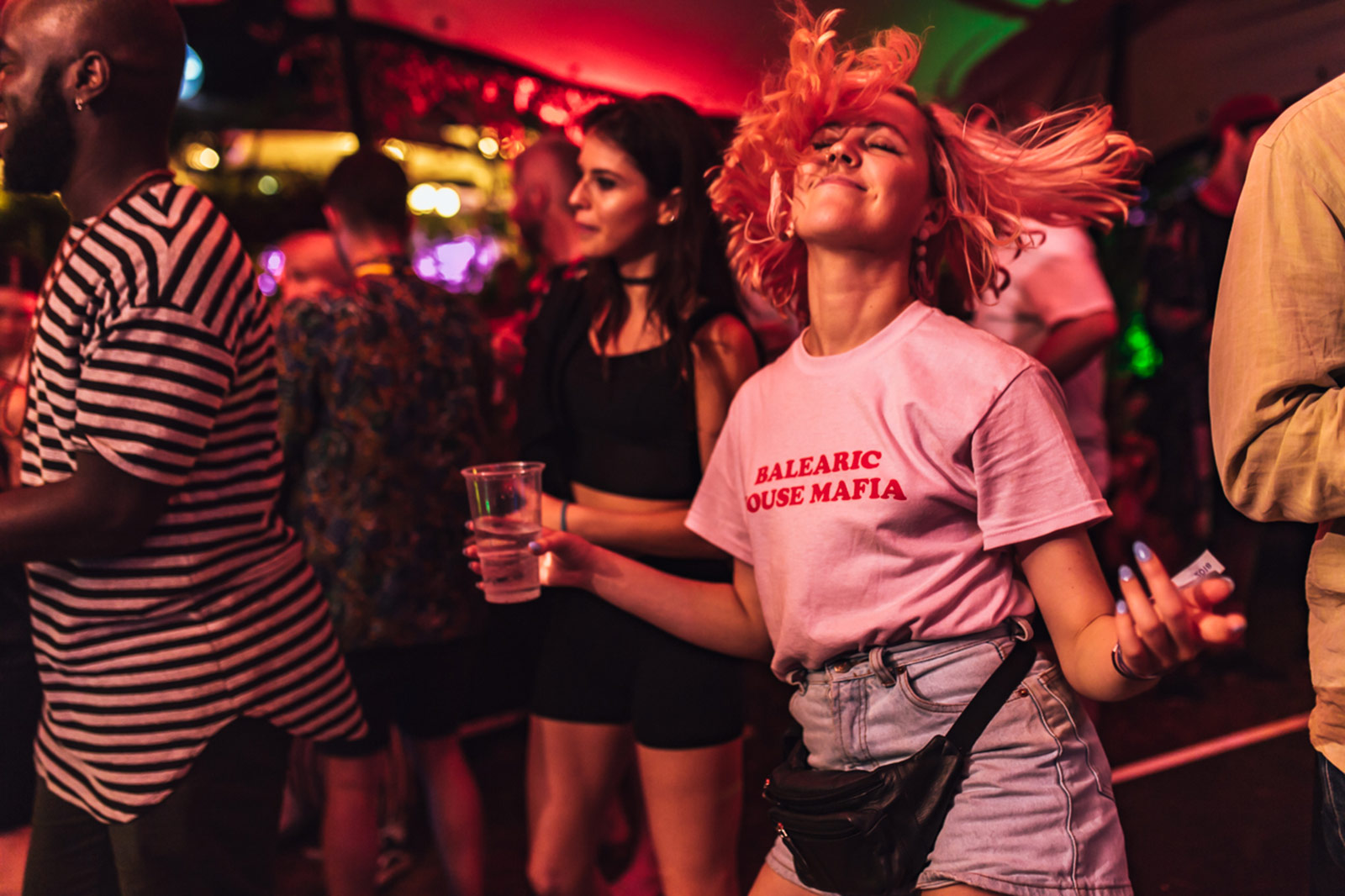