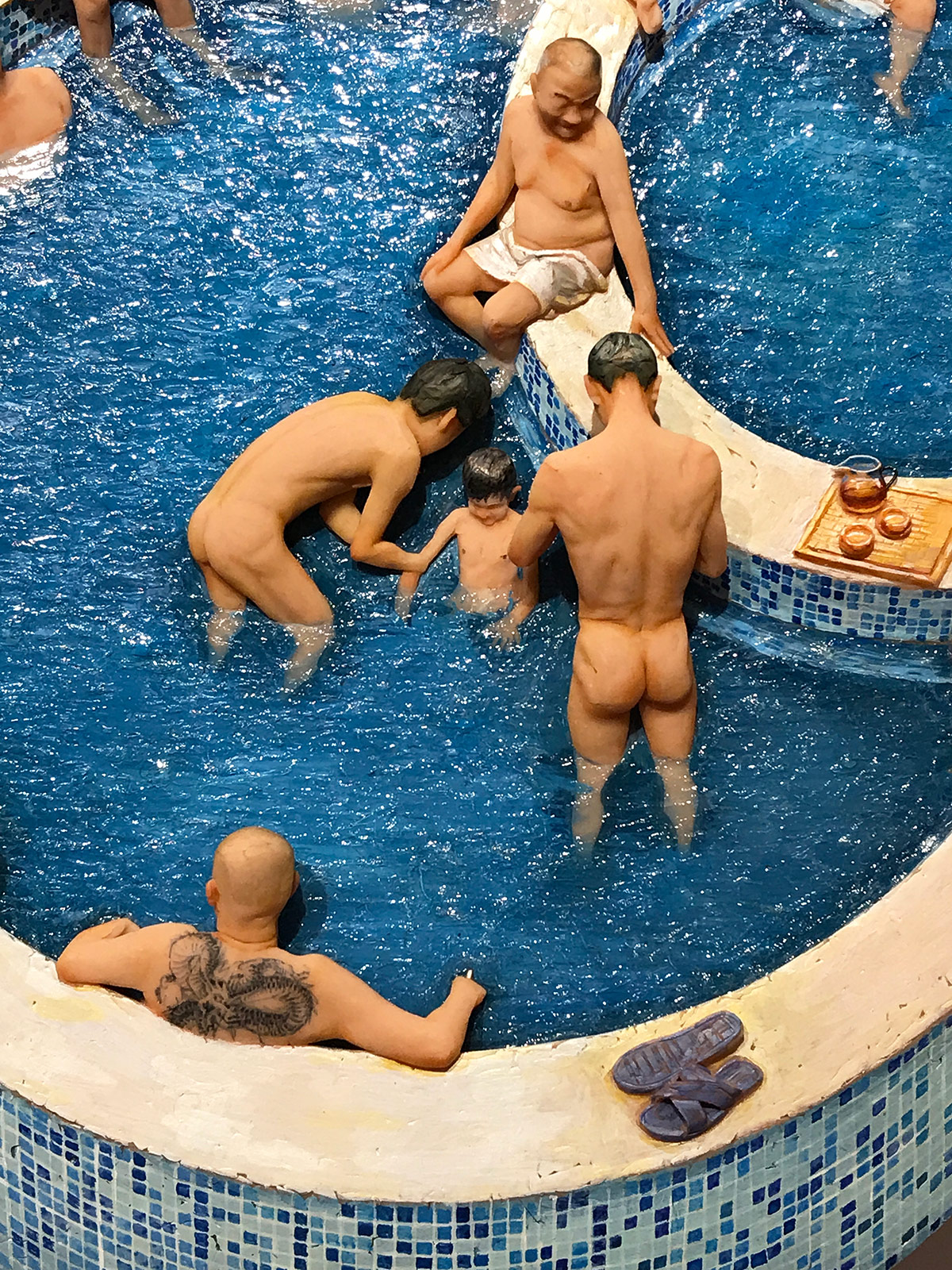 Illusionistic painting, drawing, and sculpture are technically and conceptually demanding. However, New York-based artist Jiannan Wu mixes and mastered all of them at once. The result, Country Love, a series of stunning miniature bas reliefs that portray the intimate daily life of rural areas in northeast China, where the artist grew up. Collisions, his solo exhibition at the Times Arts Gallery in New York, presents thirteen pieces from this series, which he created in the past two years and has become a way to reconnect him to his own rural past.
Northeast China is popular in the whole nation for its plain, passionate, and humorous lifestyle. And Jiannan Wu, who was born in this area in 1990, was especially influenced by some performing arts with these northeast characteristics. Based on the Chinese television show Country Love, each vignette from Collisions represents a slice of an extended narrative that is linked through the repeating appearances of characters. Hence, Wu made sure that his pieces were connected to a bigger picture at the same time that they depict vivid scenes of the collective memory shared by Chinese rural communities. Namely, in pieces like Village Beauty and Gang War, we can observe certain connections and repeated characters – it seems that the gang war is also taking place in the background of Village Beauty’s main act.

Part of Wu’s skills is to transport us into the scenes he creates, the shadow-box presentation feels like watching television and the framed format creates the illusion of being there. We can sense this on Classmate Reunion, which transports us to a dining table saturated with details and food, that can even make you hungry. This is in part due to the materials he uses to create a deeper sense of space with acrylic paint. As seen on That’s All Your Fault, where we are in the house of a man who is berating a younger man in the presence of his family; there is also a rendered thermos on the floor that perfectly speaks to the working-class environment that this home represents.

With titles like My Daughter Will Not Marry Your Son, On My Way, or Untitled – which shows a traditional men's sauna – we are again reminded of the rural narratives that the artist is intending to portray, and his mastery to sculpt realistic pieces, where a resin is frequently used to represent luminous water, and polymer clay makes the flesh of his characters glow. And also, that his sculptures never demean his subjects, he just peels back the layers and sees through the walls of their lives.
Collisions is now on view at the Times Arts Gallery, New York, until December 18. 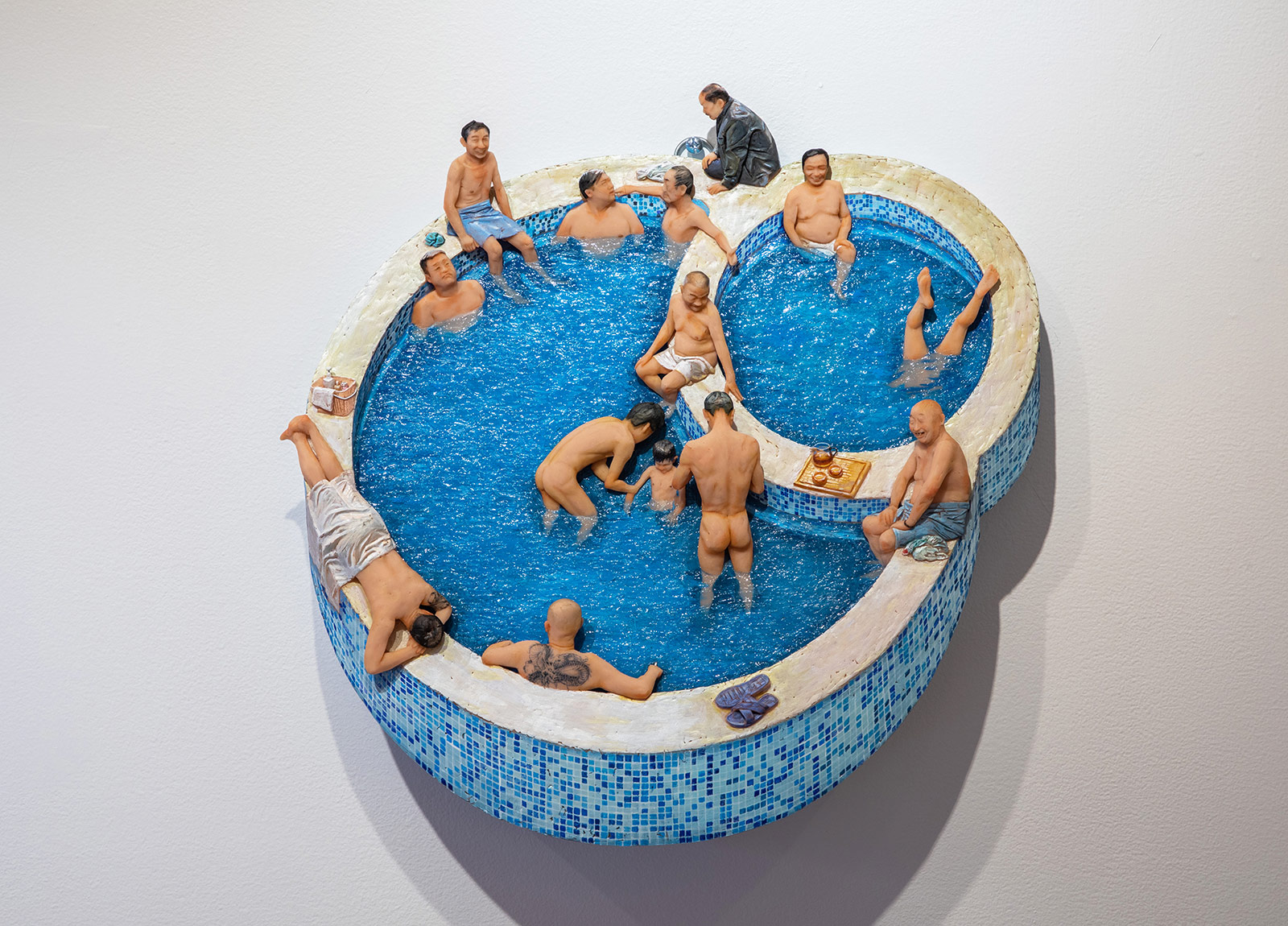 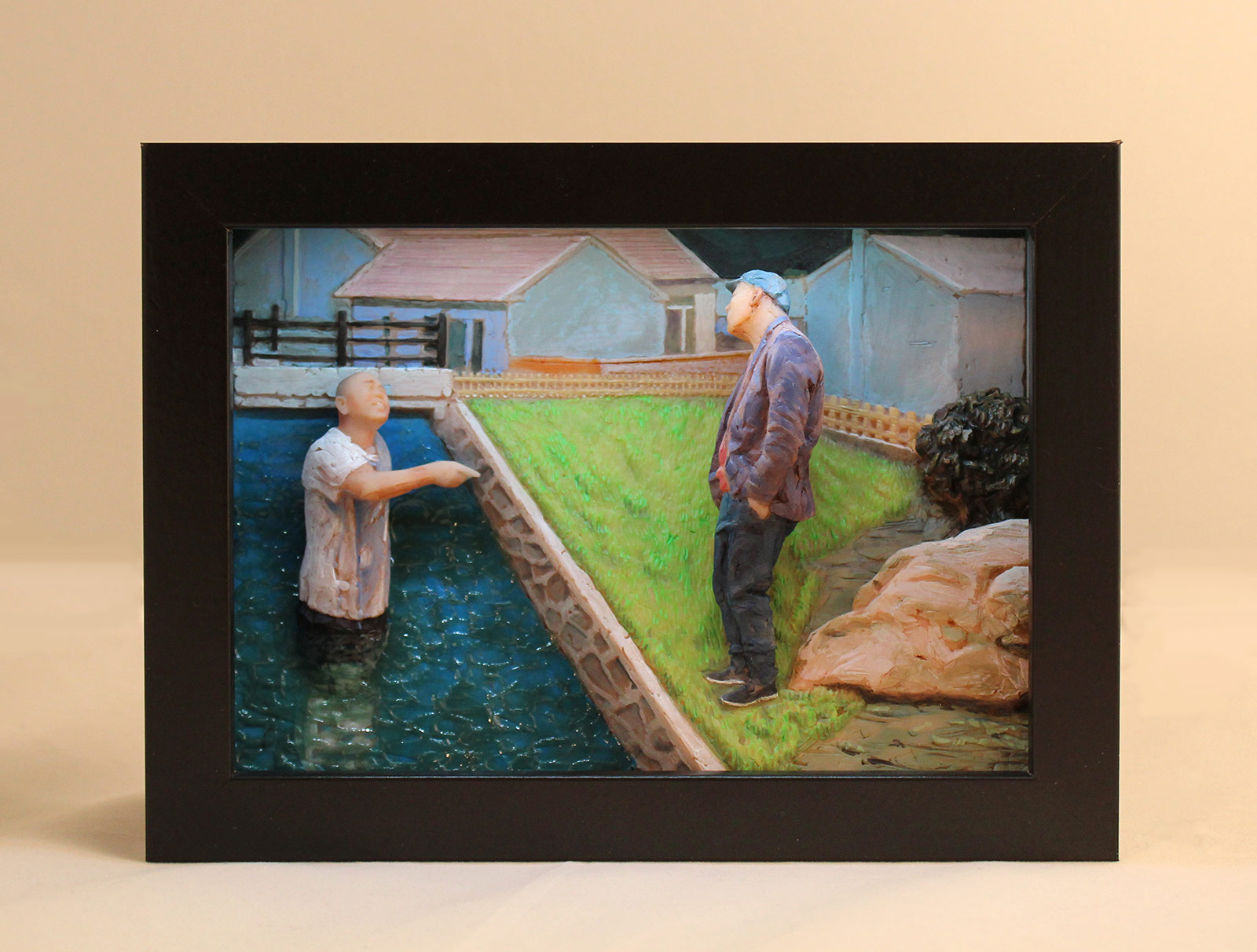 Country Love: My Daughter Will Not Marry Your Son. 2020. 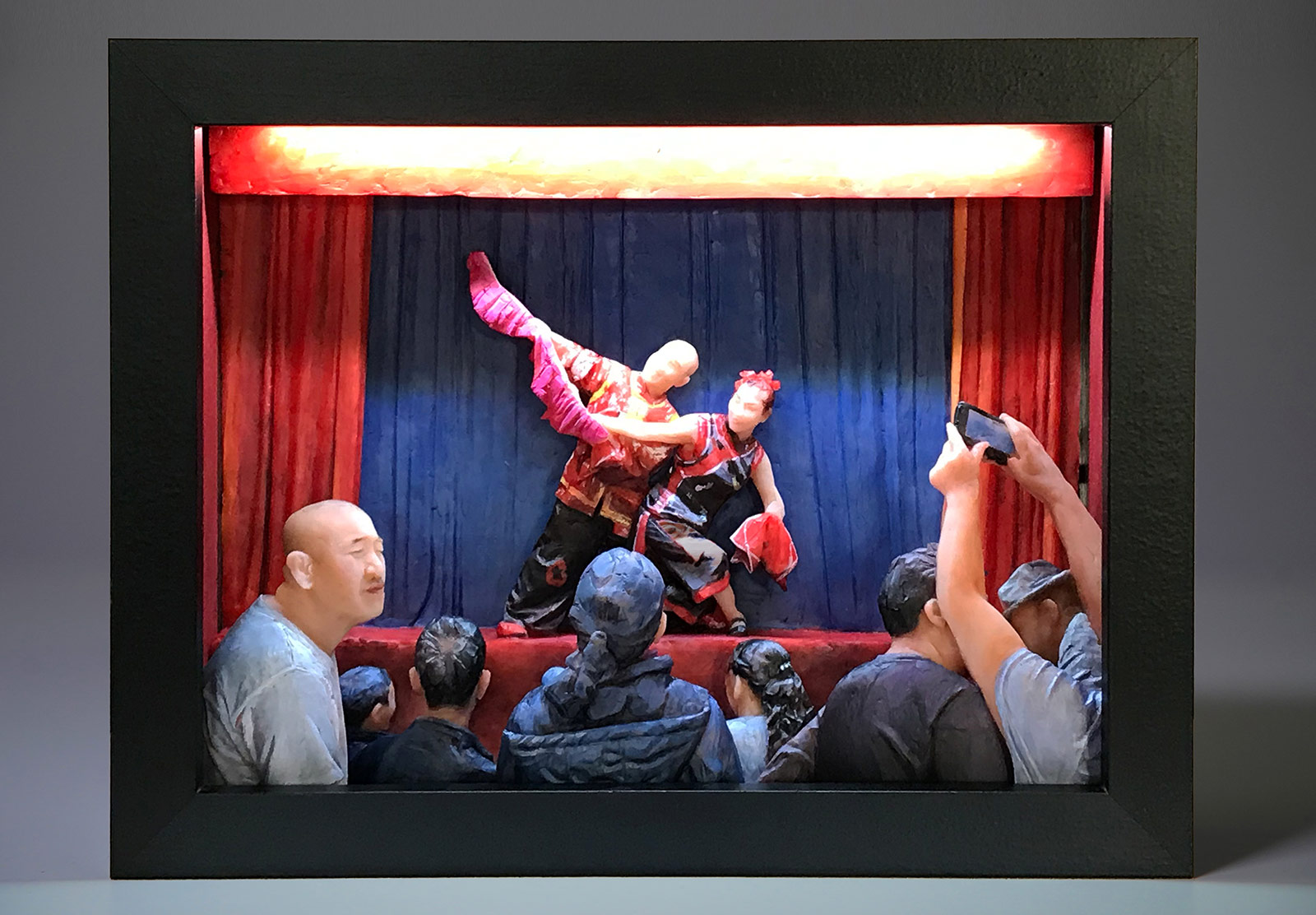 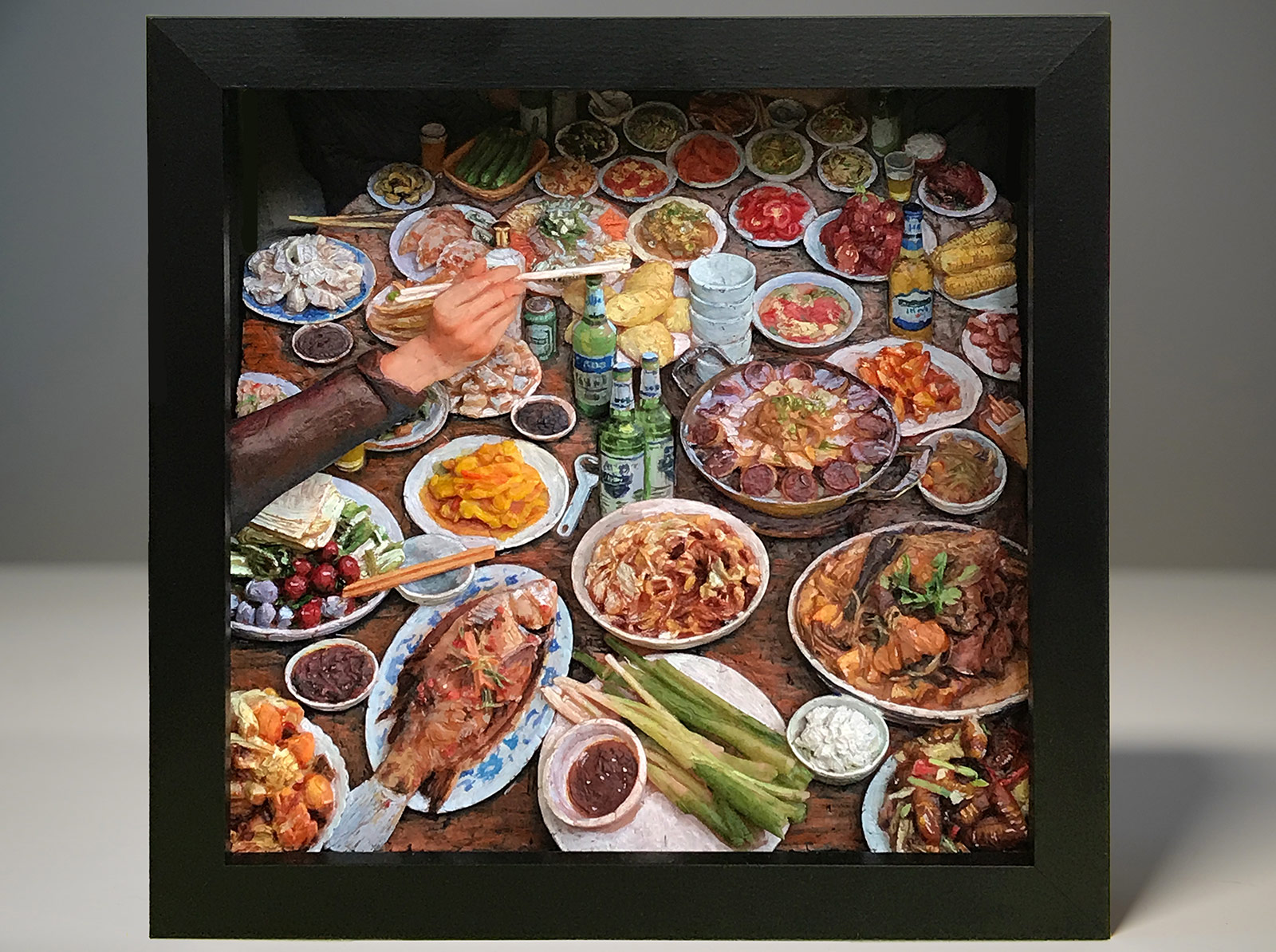 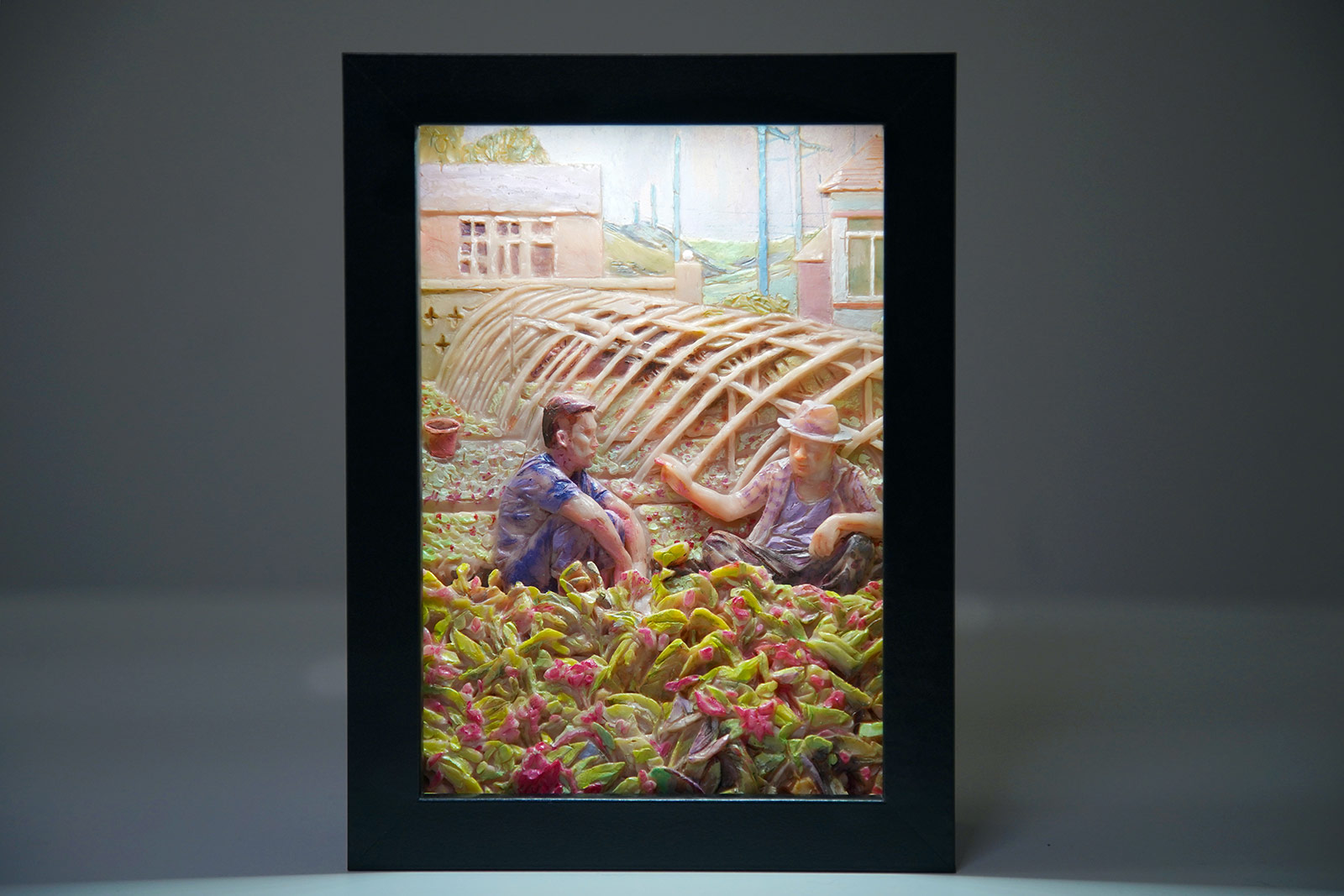 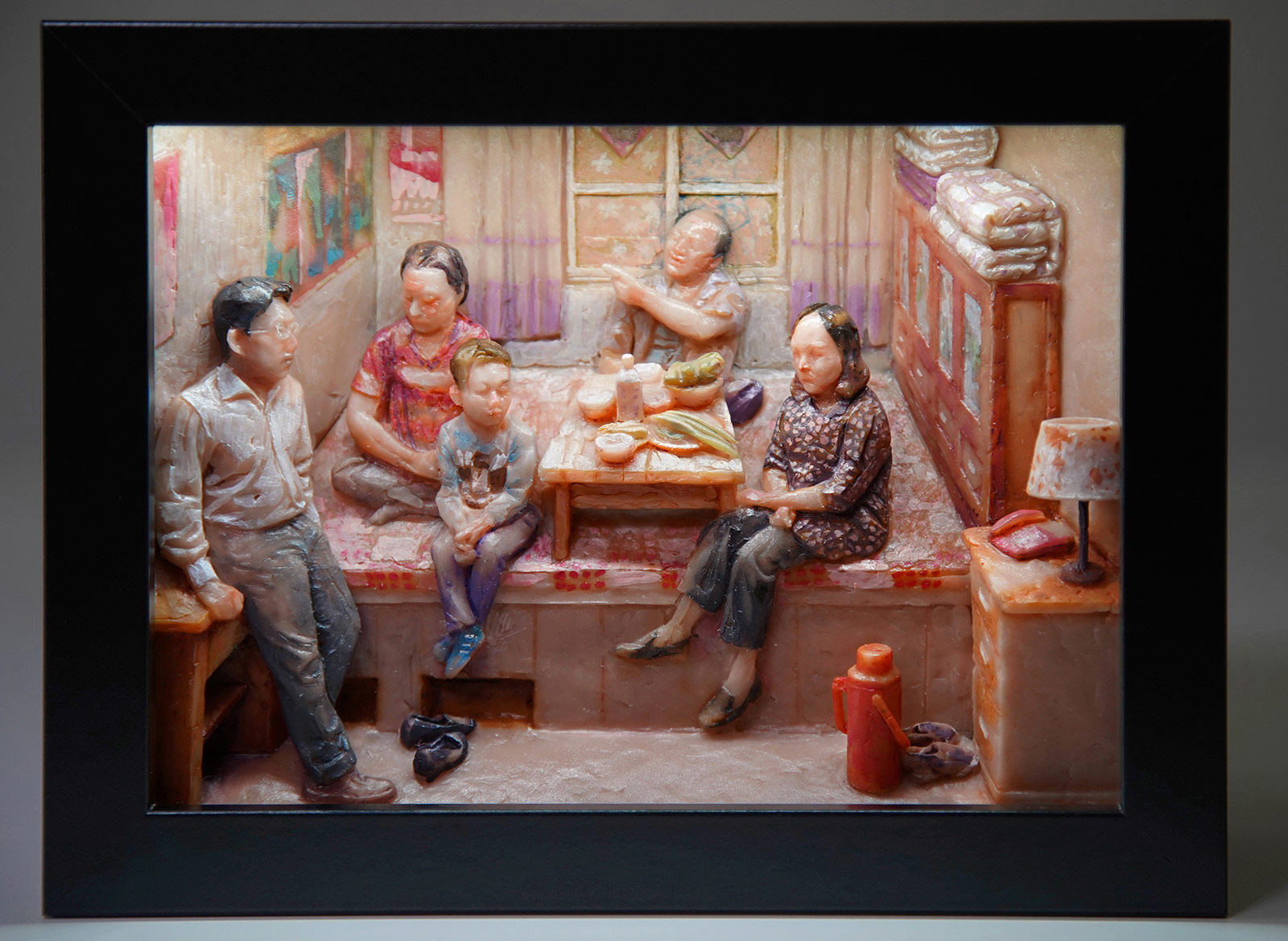 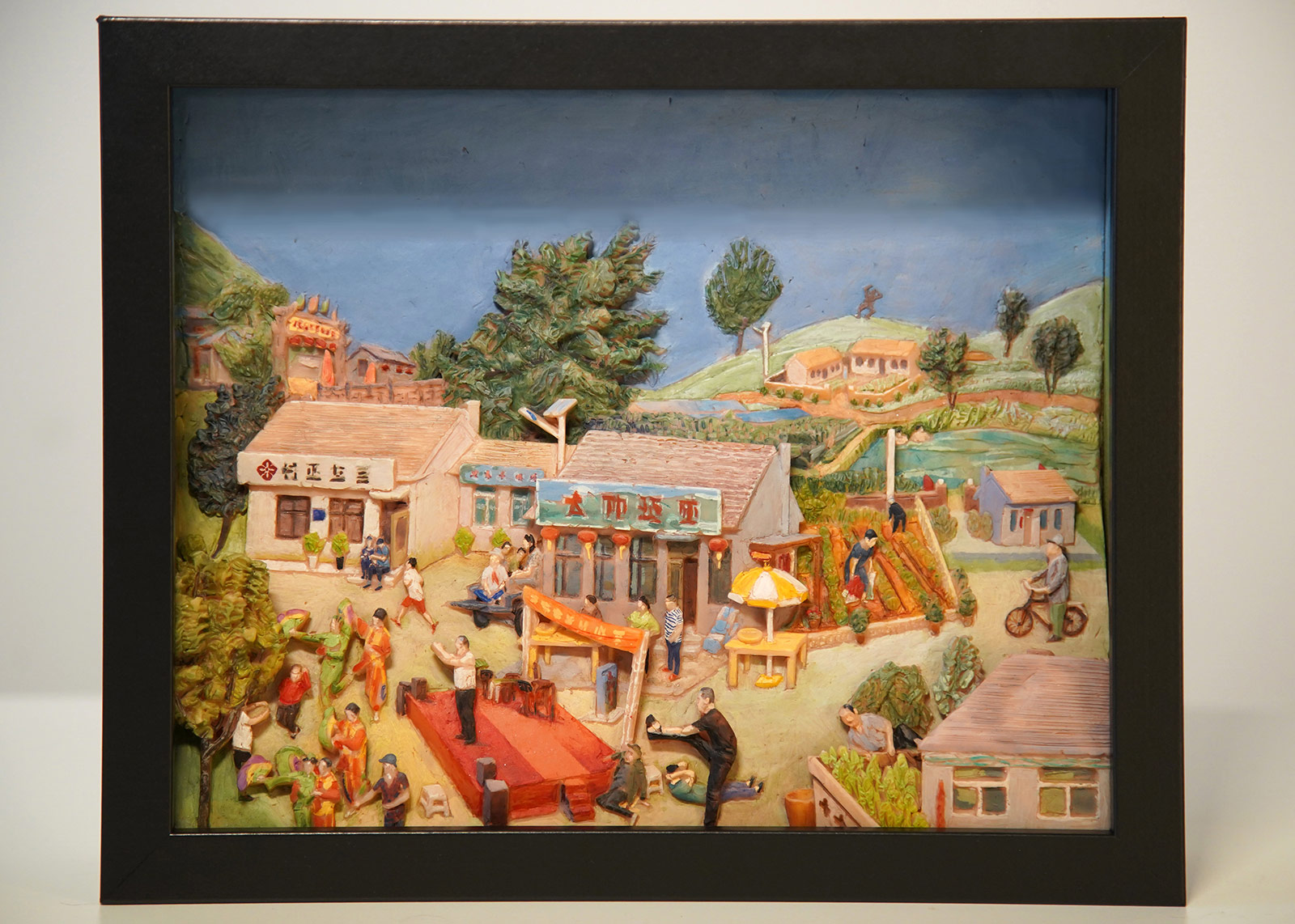 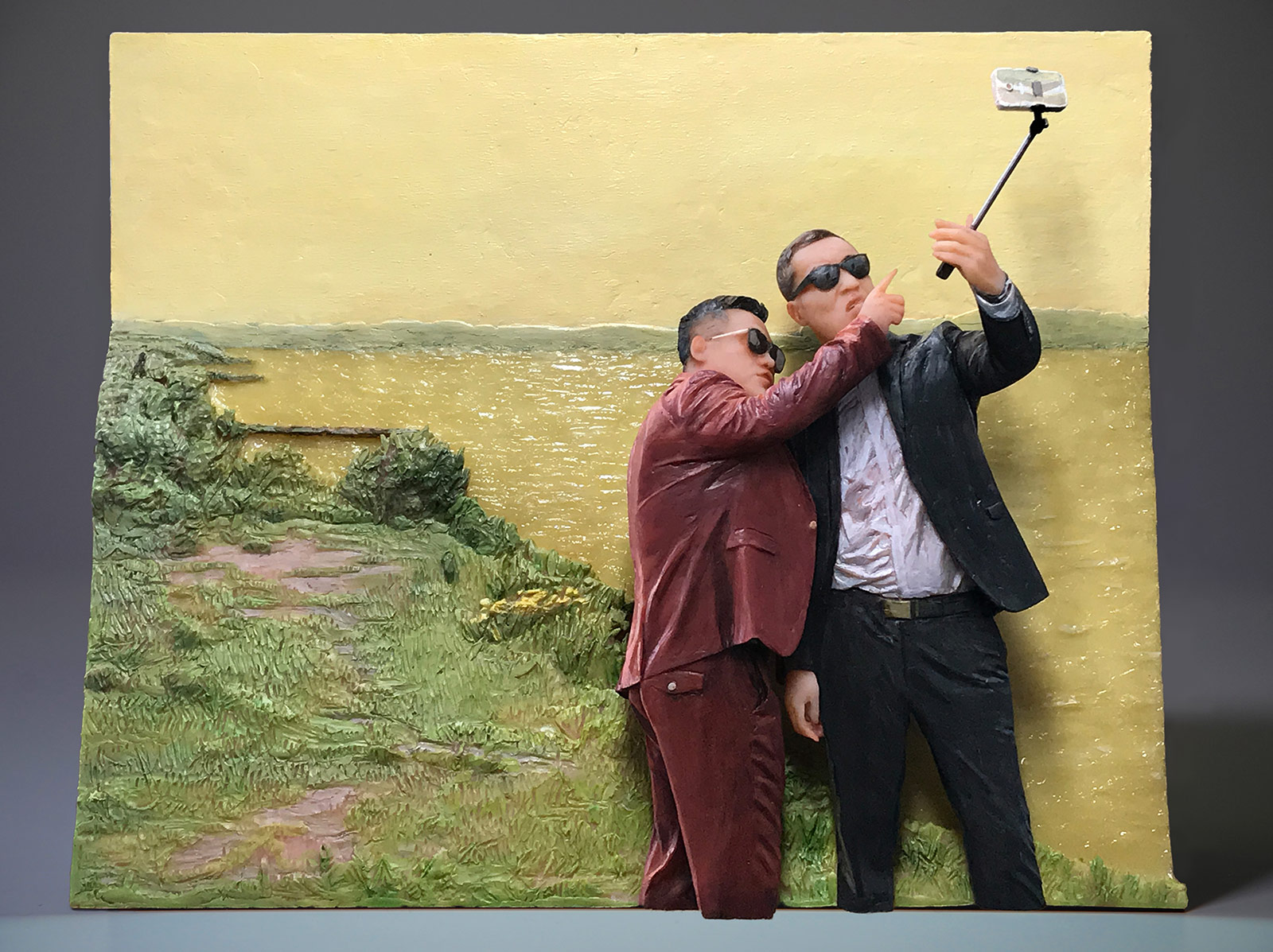 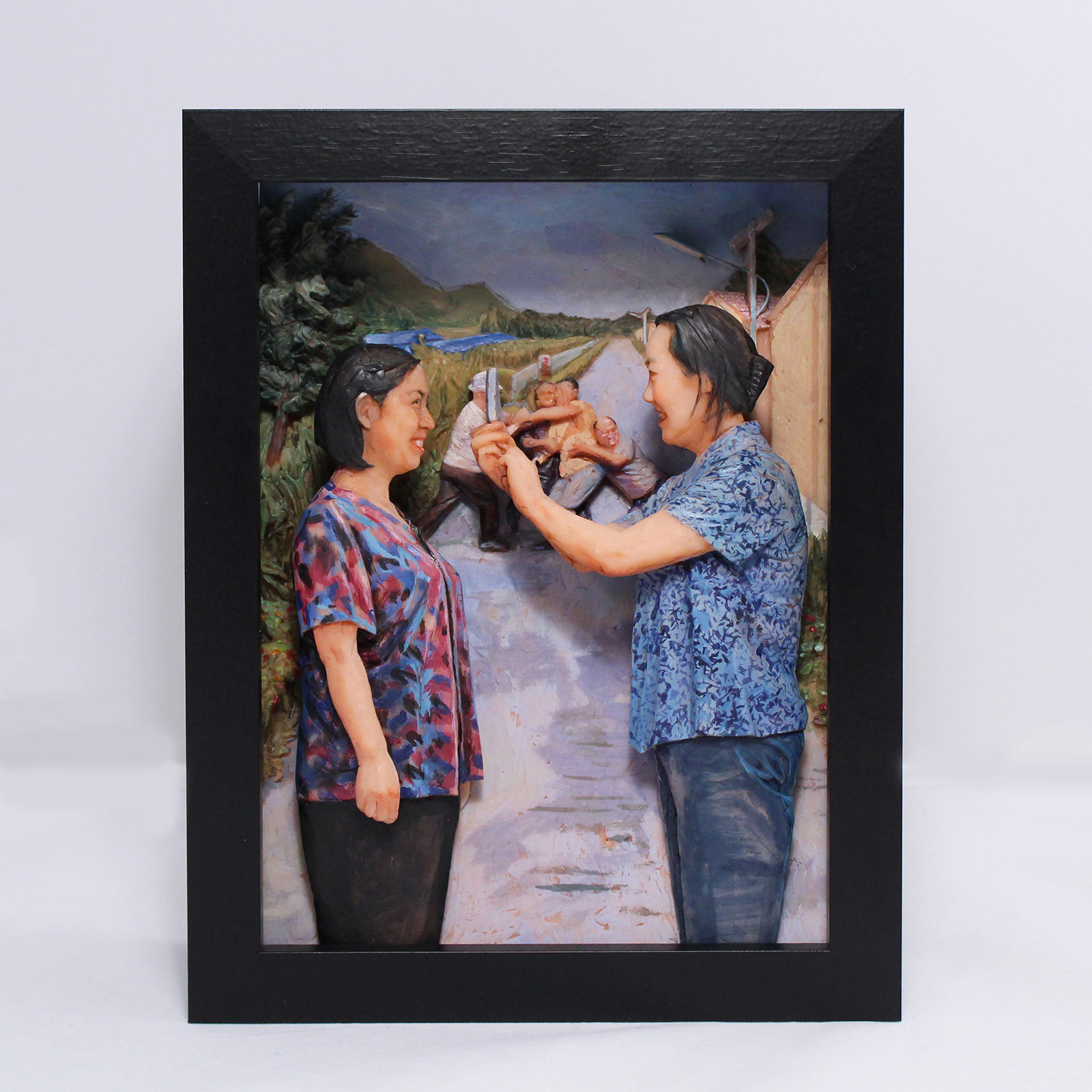