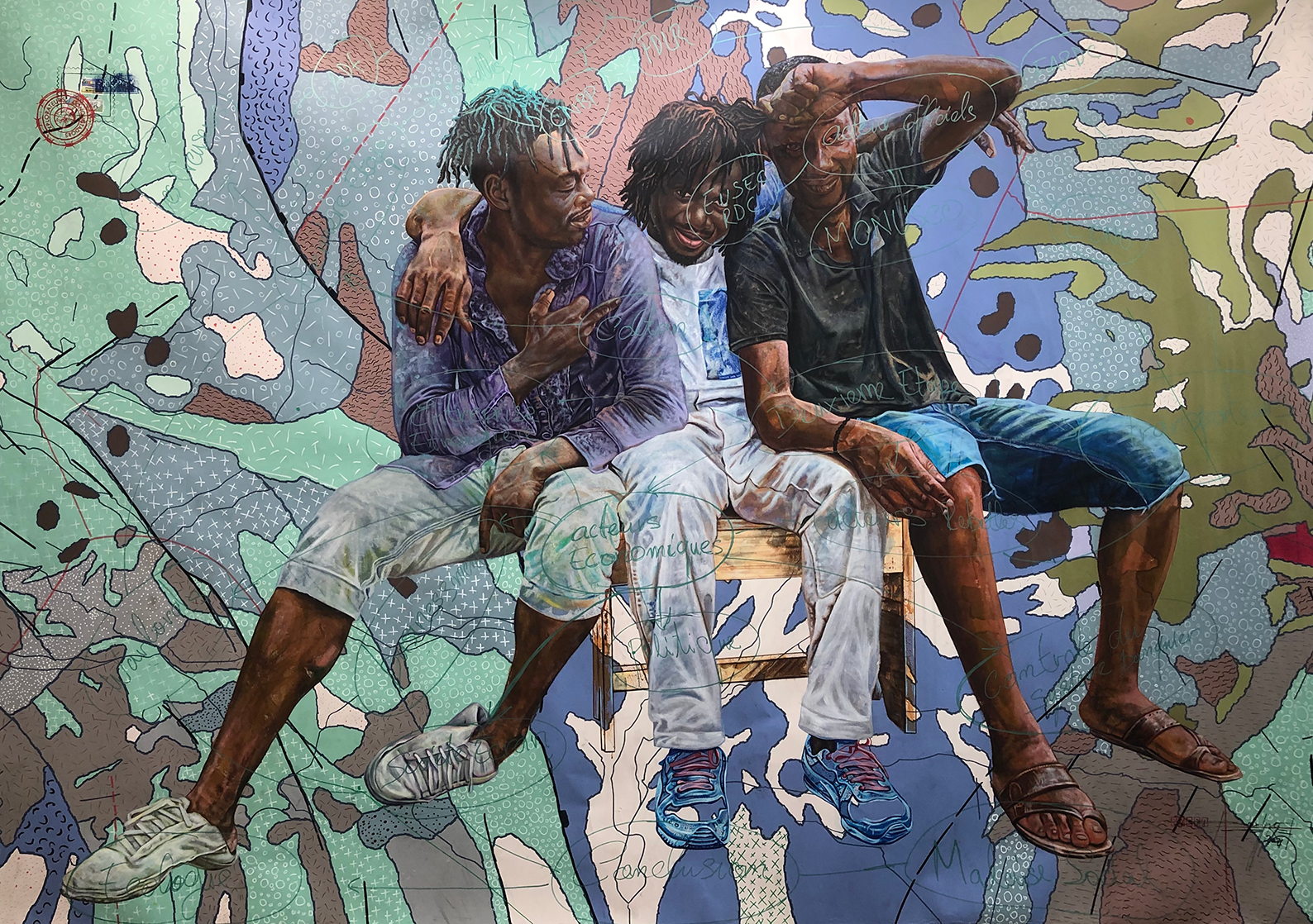 Established in 2018, Afikaris is a Paris-based gallery committed to showcasing the work of emerging as well as established artists from Africa and its diaspora. Today we're presenting their newest exhibition titled [email protected], by Jean David Nkot, who's used to exploring the topic of migration and is now delving into the human condition and especially its ties with the physical landscape through mining and the exploitation of resources in Africa, on view until July 7.
The Cameroonian artist focuses on the African states’ dependence on wealth – and especially the power that European countries have over it from neo-colonisation – and the consequences on civilians. He traces the exploitation of resources, notably through the extraction of minerals in the Democratic Republic of Congo and Rwanda. Ultimately, he honours the workers, through their strength and sense of ownership over their lives, bringing to the forefront their resilience.

He creates what he calls ‘molecule maps,’ where he superimposes maps from their surroundings and keywords onto the human subjects. He states that his inspiration comes from artist Thomas Hirschhorn, “Like him, I circle keywords and link them together. I call them ‘maps molécules’ because their structure reminds me of molecules and atoms. By creating a network of data, with information gravitating around a central word, I want to show that they are all connected, that no simple notion stands alone, and that one seemingly straightforward issue can pave the way for a broader debate. At first sight, this mass of information can seem incoherent, senseless – only to reveal the hidden complexity that lies behind it.”
Jean David Nkot's solo exhibition [email protected] is now on view at Afikaris, 38 rue Quincampoix, 75004, Paris, on view until July 7. 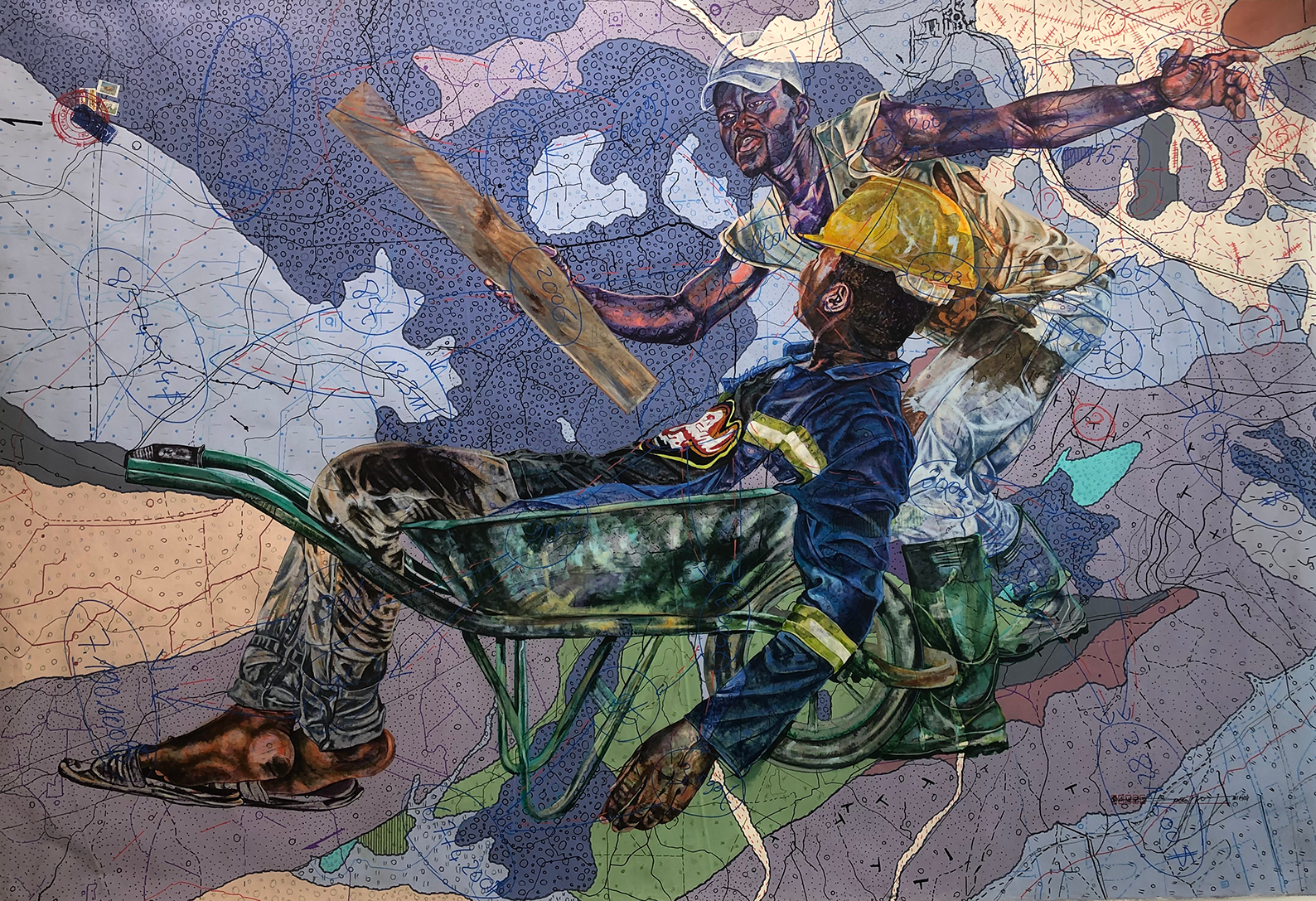 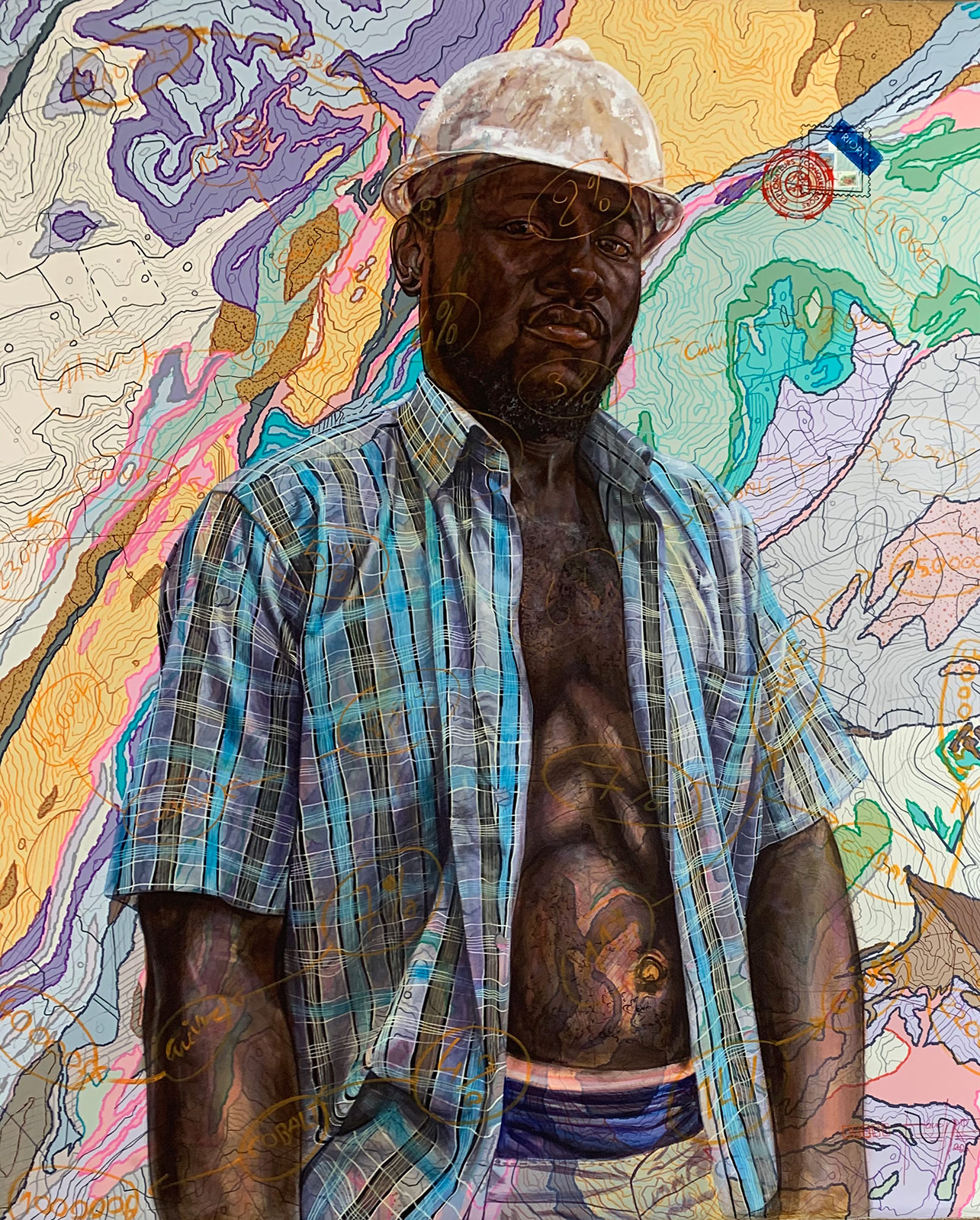 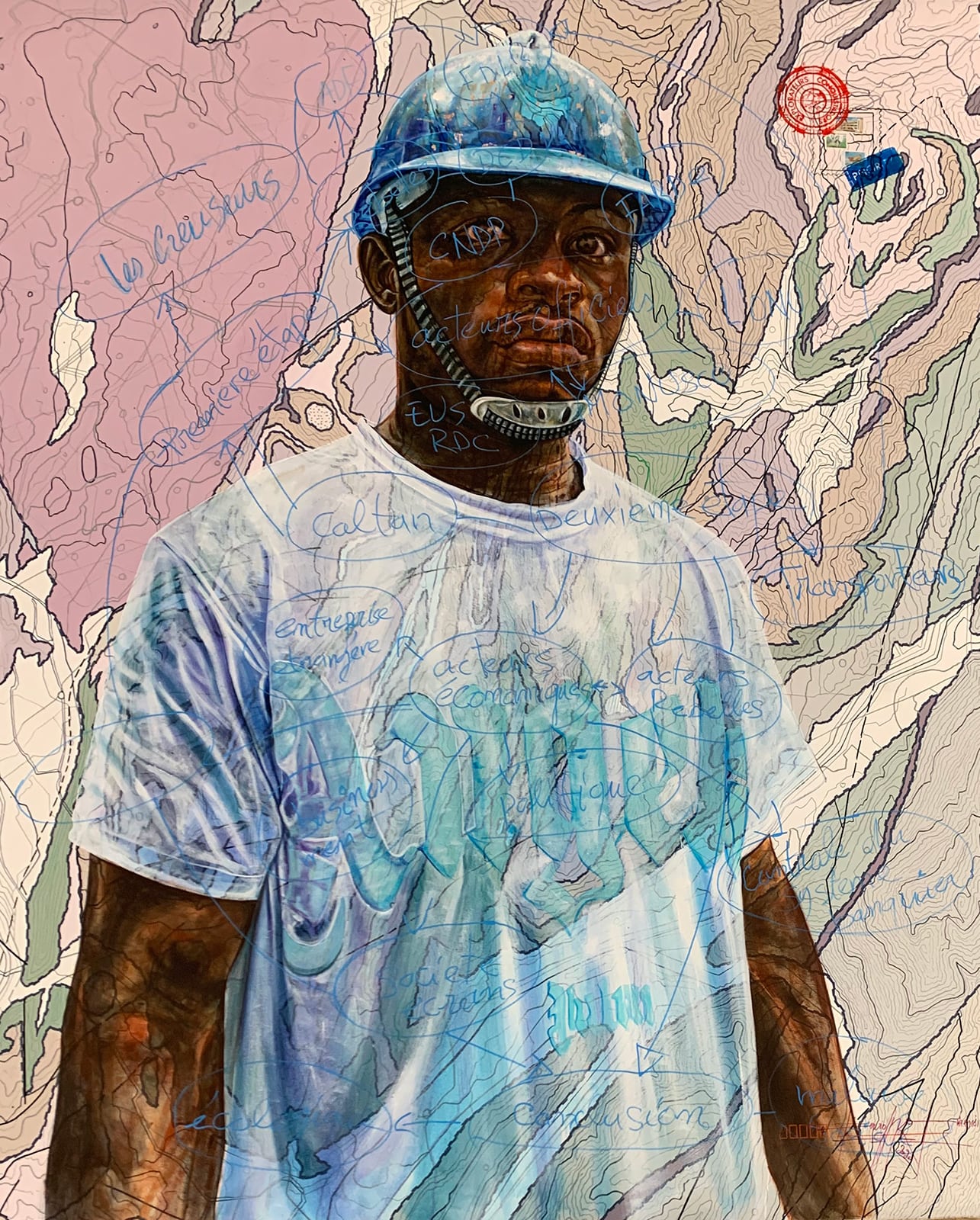 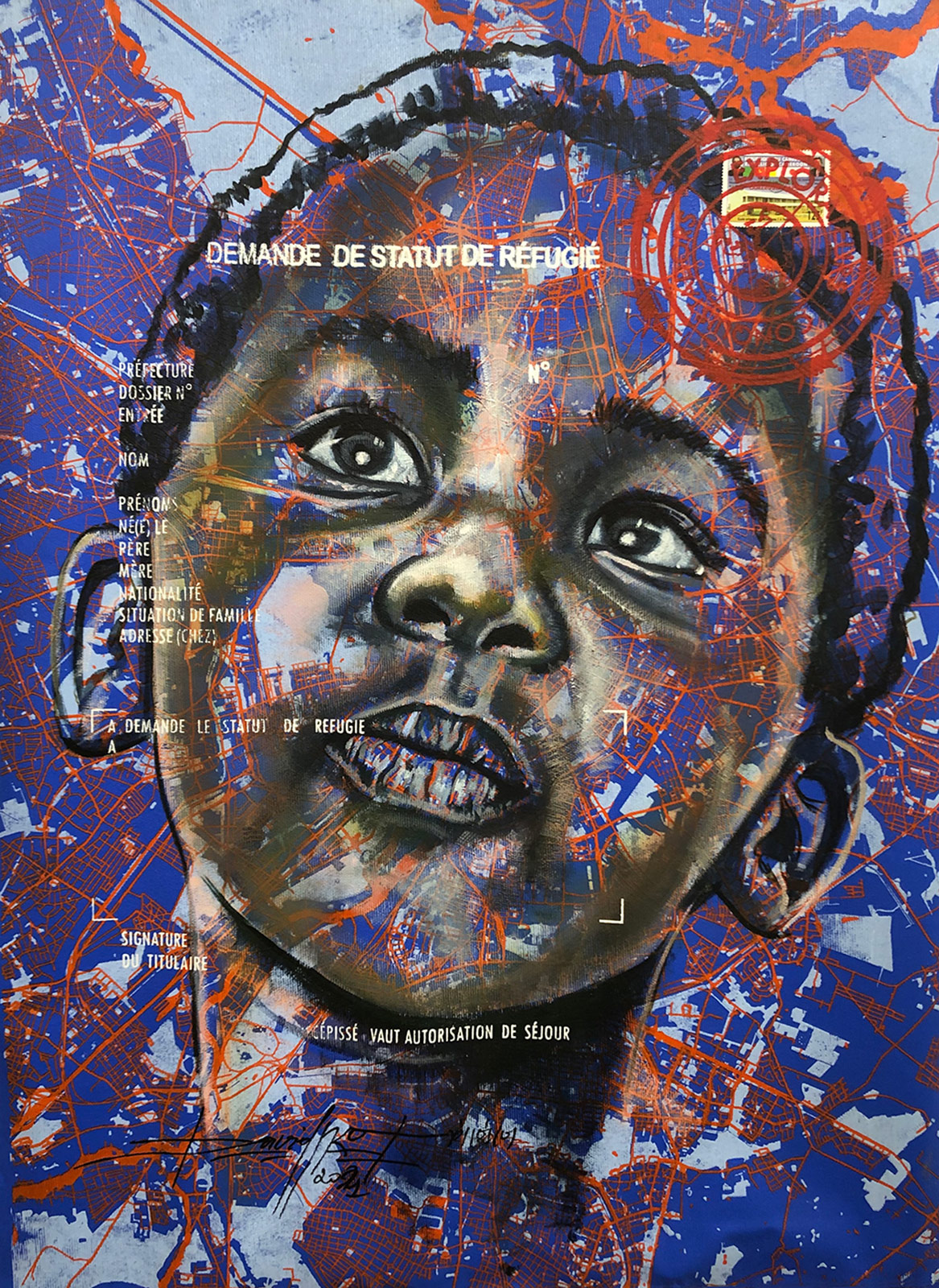 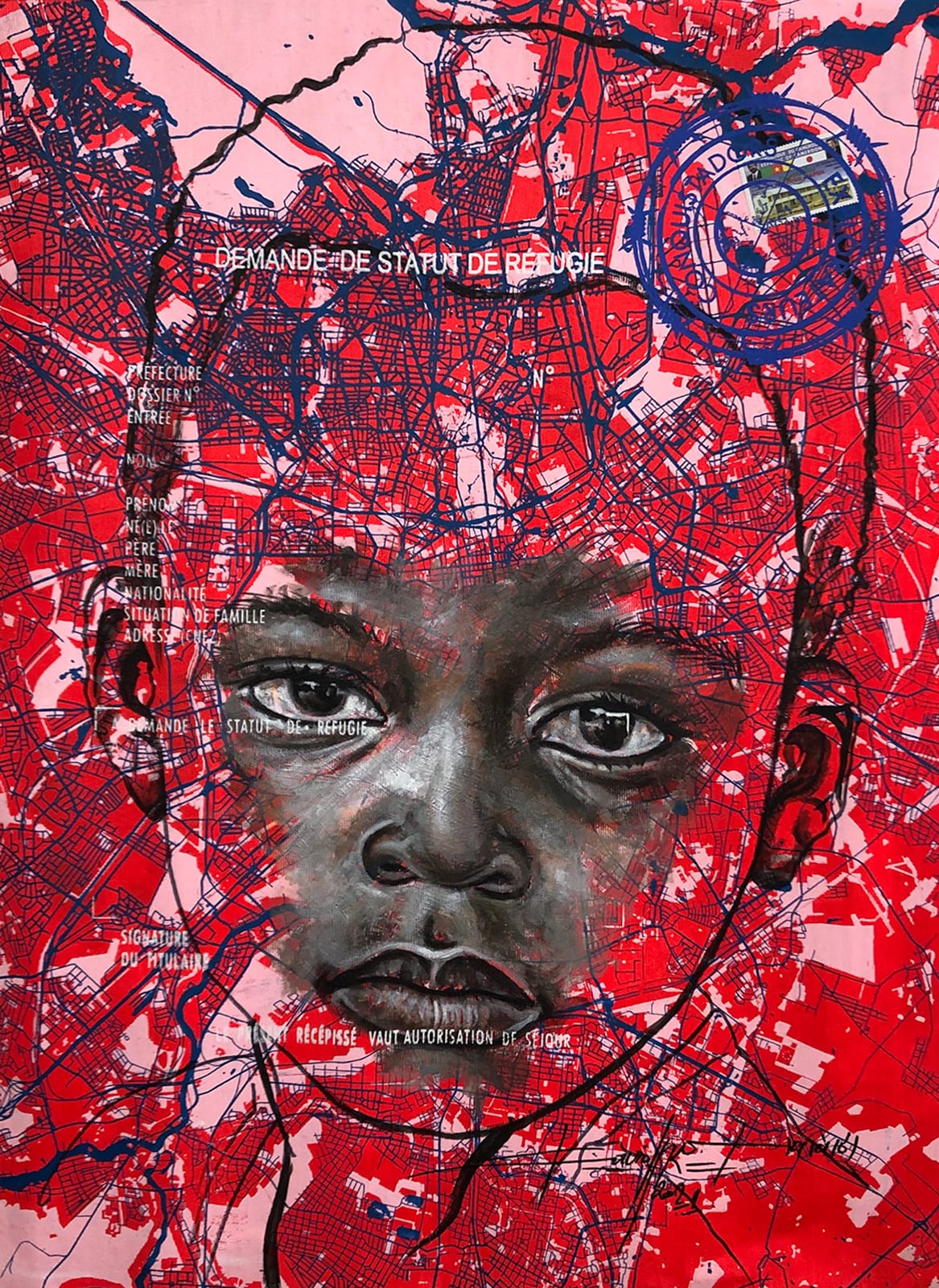 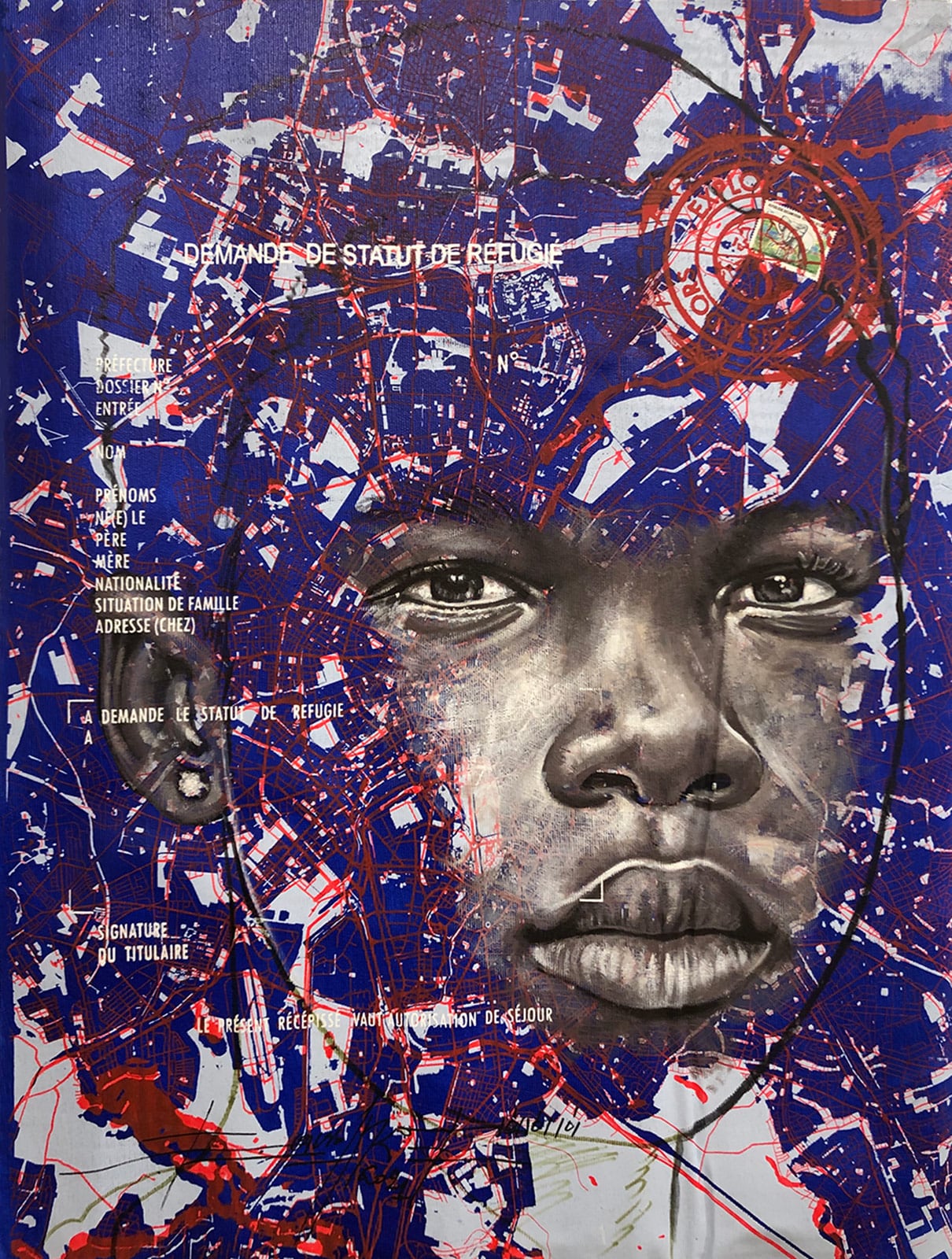 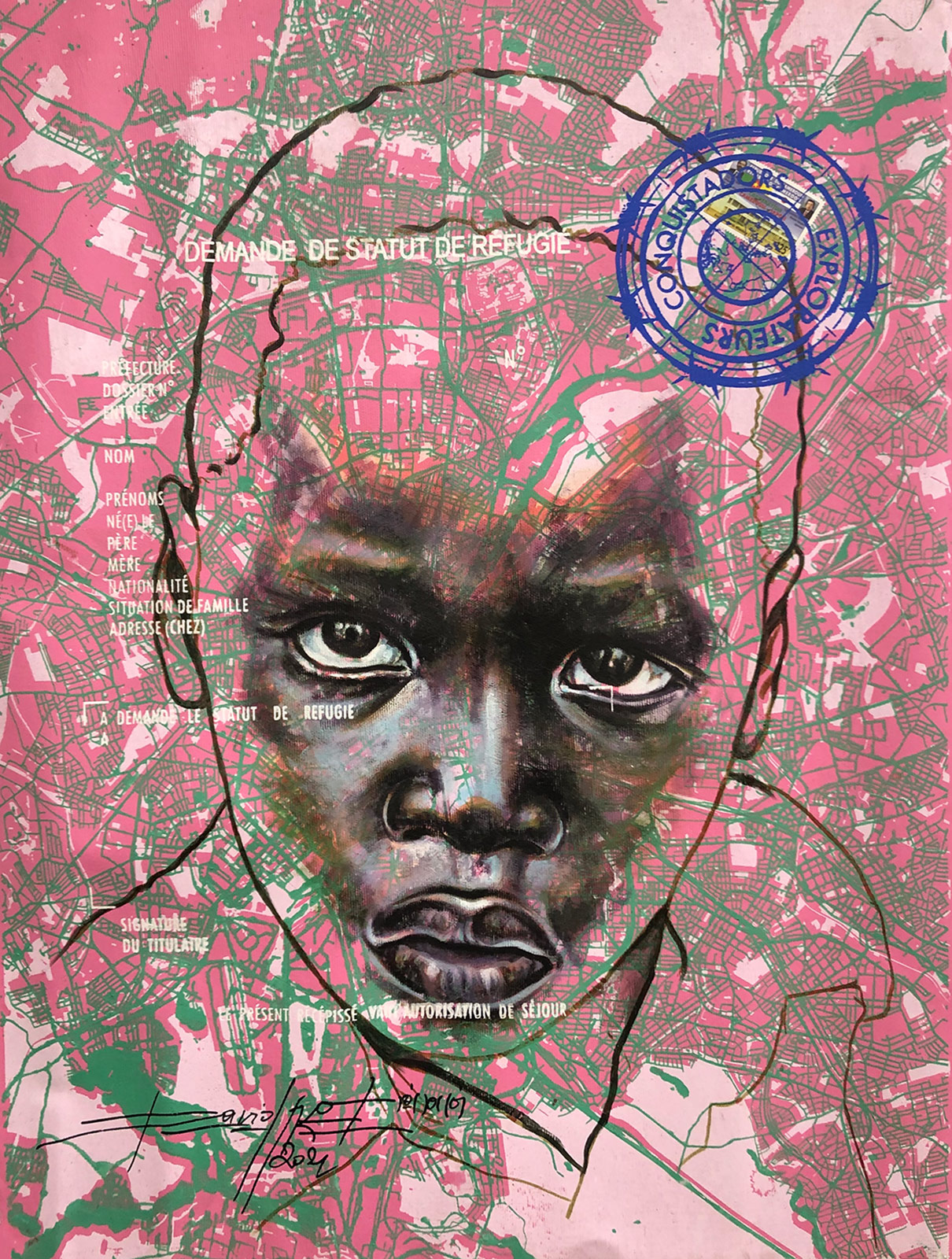 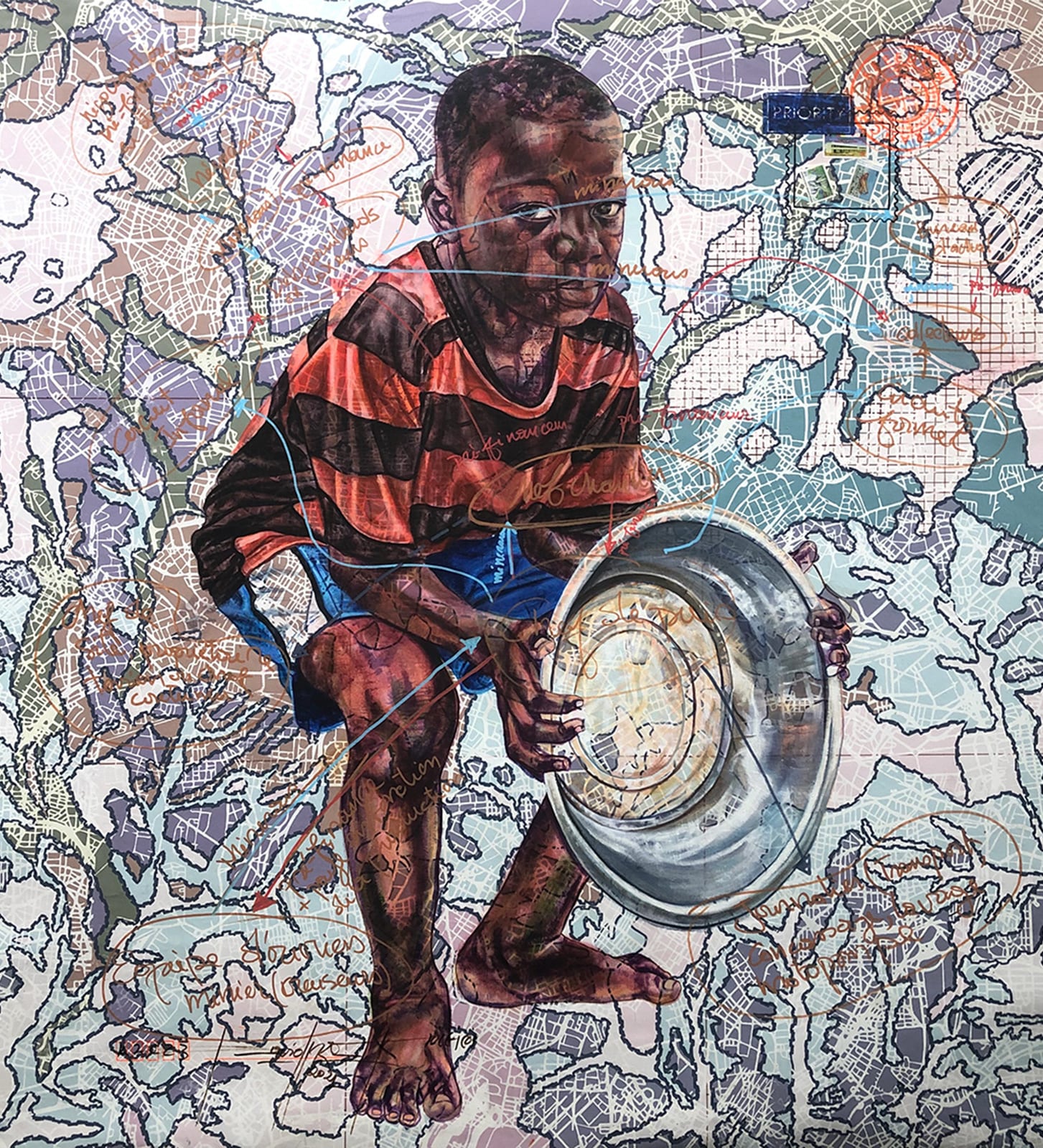 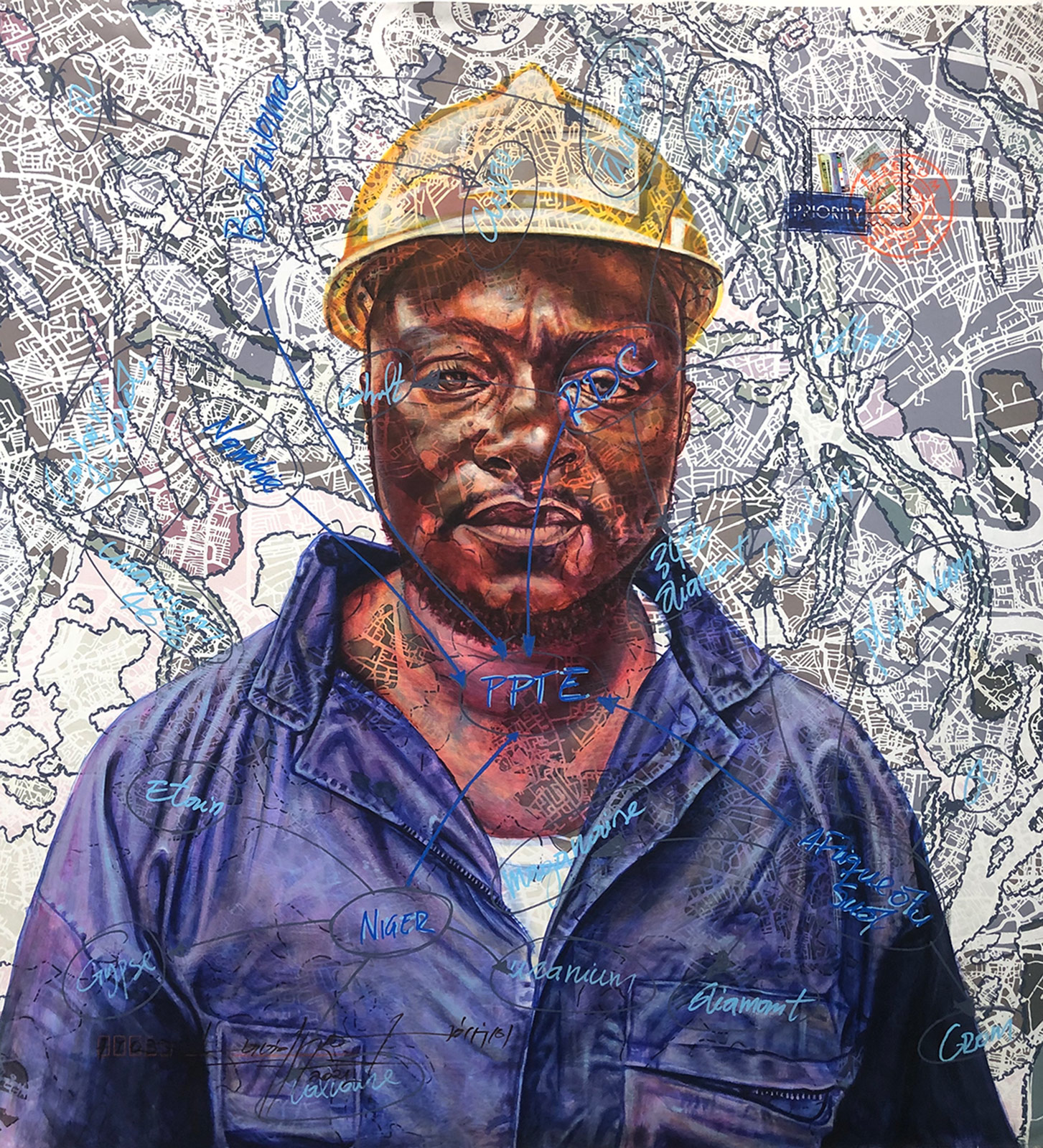 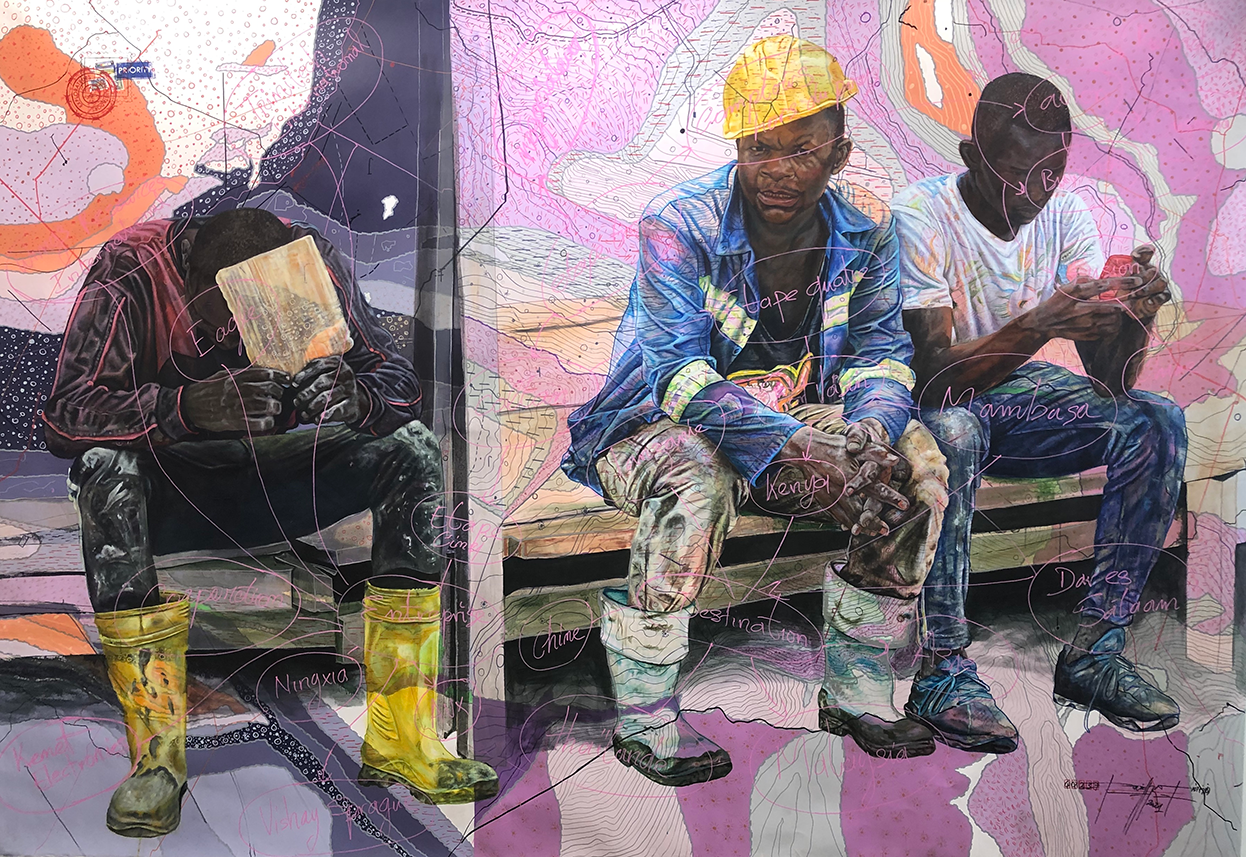