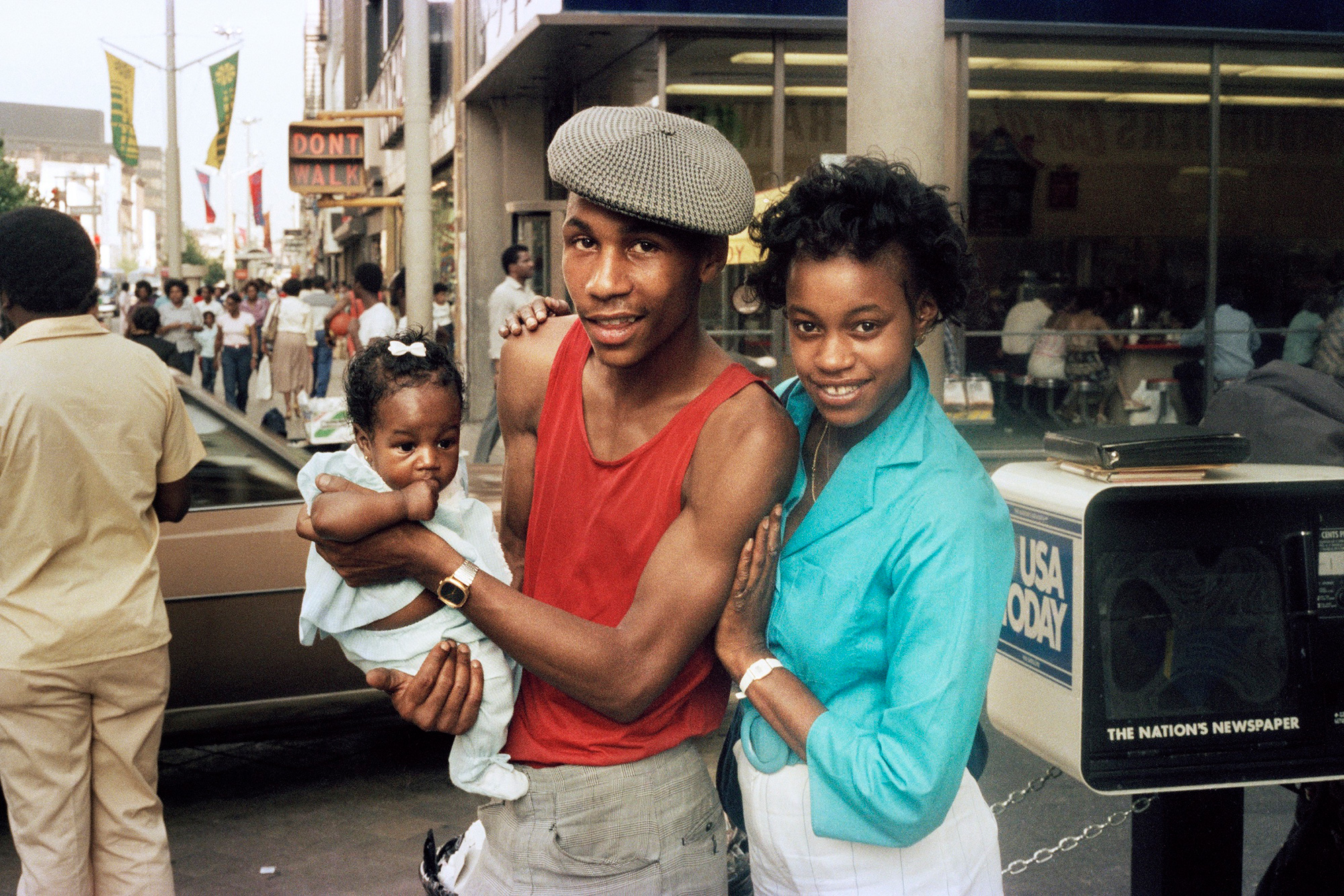 Focusing on the attitude and style of those around him, Jamel Shabazz’s reflective photography exhibition titled Photographs by Jamel Shabazz: 1980 – 1989 documents the buzz of belonging to a connected group in the micro-climate of Black neighbourhoods in Brooklyn. His work accentuates togetherness and love, in areas where relations mean more than possessions, and is available to view at Galerie Bene Taschen in Cologne (Germany) until June 4.
Family is what you make it. In a modern world where anyone can have five hundred ‘friends’ on Facebook, true genuine connection is something rare and sought after. Jamel Shabazz’s photography from 1980-89 takes us to a place in time where the people he studied on the streets of Brooklyn from behind a lens were more than strangers and more than friends. The heartwarming sense of community and familiarity in his photos cements them as a staple in portraiture and has led to the wide recognition of his talent around the globe, where other families – who are related not by blood but by experience – can relate to his imagery.

The fashion of his peers captured in these photos nods towards the birth of hip-hop and the widespread influence of the Rude Boy style which originated in the ‘70s in London and spread alongside Jamaican reggae, with the new attitude that there was finally a kind of music by his people, for his people. The sense of hope and excitement in Shabazz’s work lines up with the pride his community feels in their culture, clothes, and music, after struggles like the civil rights movement and the Vietnam war that they endured together as a family, and before the crack cocaine crisis that stole the lives of so many members of Shabazz’s community in the early ‘90s.

His new exhibition brings forward unseen photos of his New York community of the ‘80s. The subjects in these photos, showing the beauty in the everyday life of his neighbours, do not have personas that they play up to the camera. There is a certain pride in an everyday commute on a graffitied subway, a scratched car, or a run-down shop front. Nothing in these photos shies away or seems doctored. They scream – this is who we are, this is where we came from, and our dreams are powerful.
Photographs by Jamel Shabazz: 1980 – 1989 is on view until June 4 at Galerie Bene Taschen in Cologne (Germany). 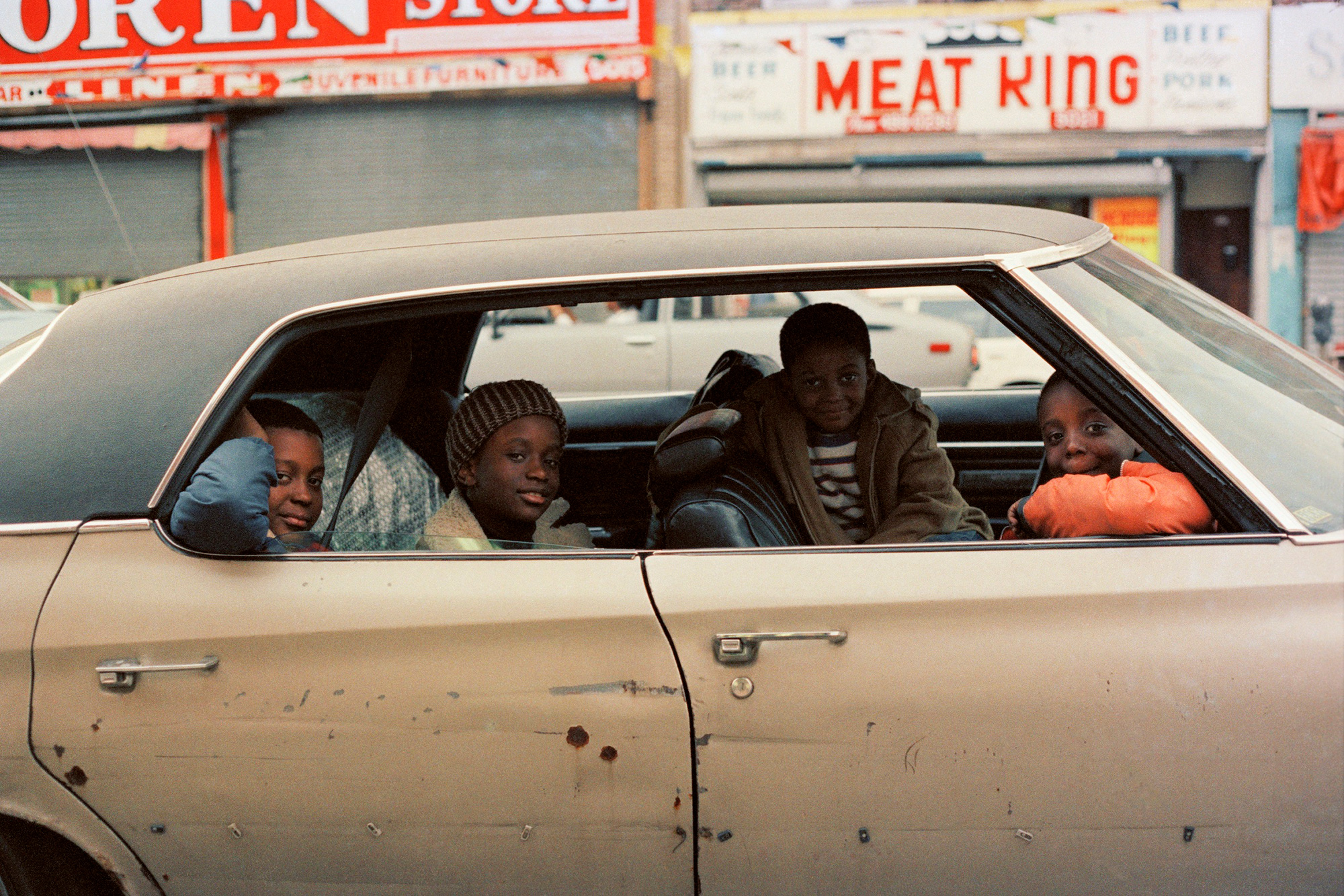 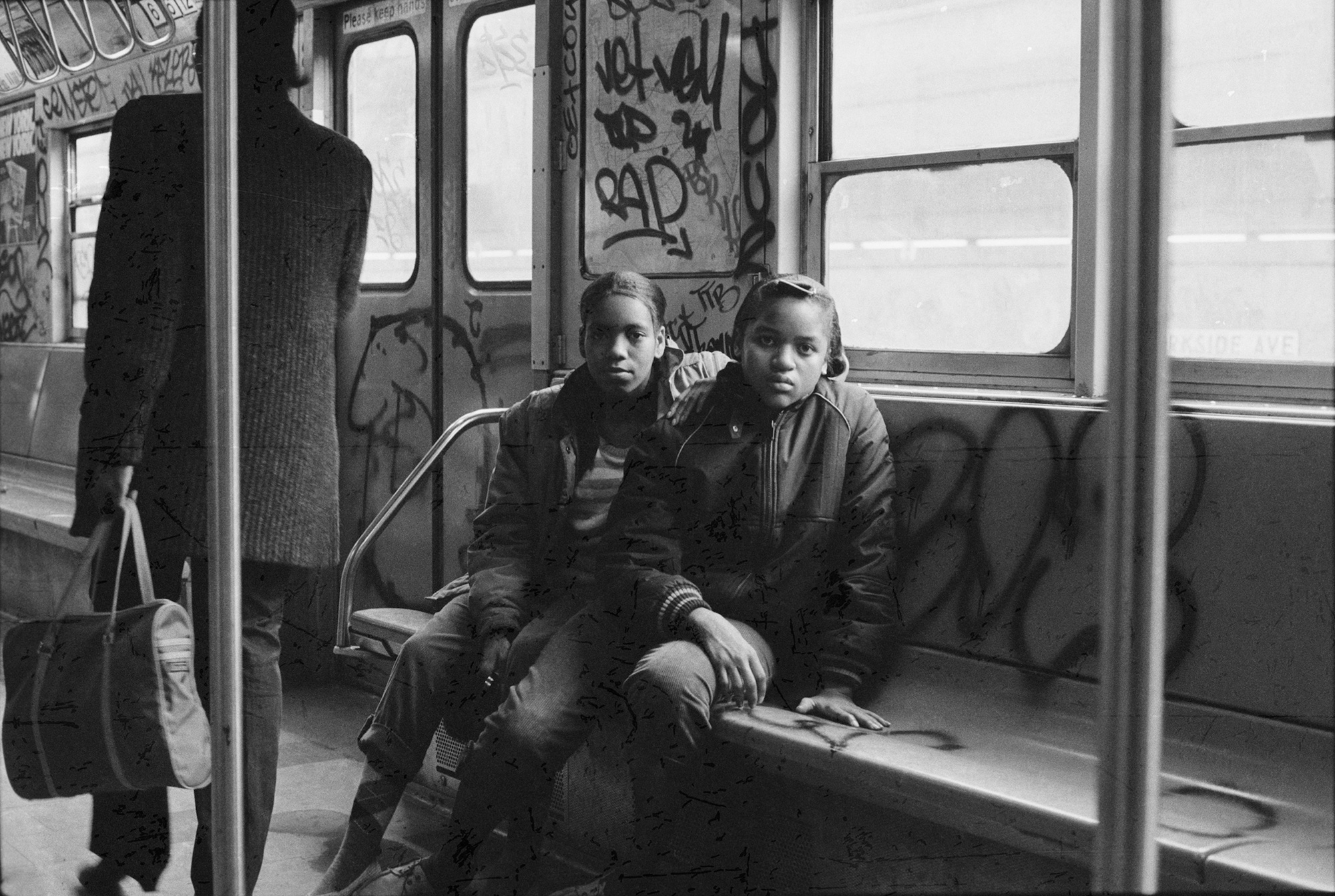 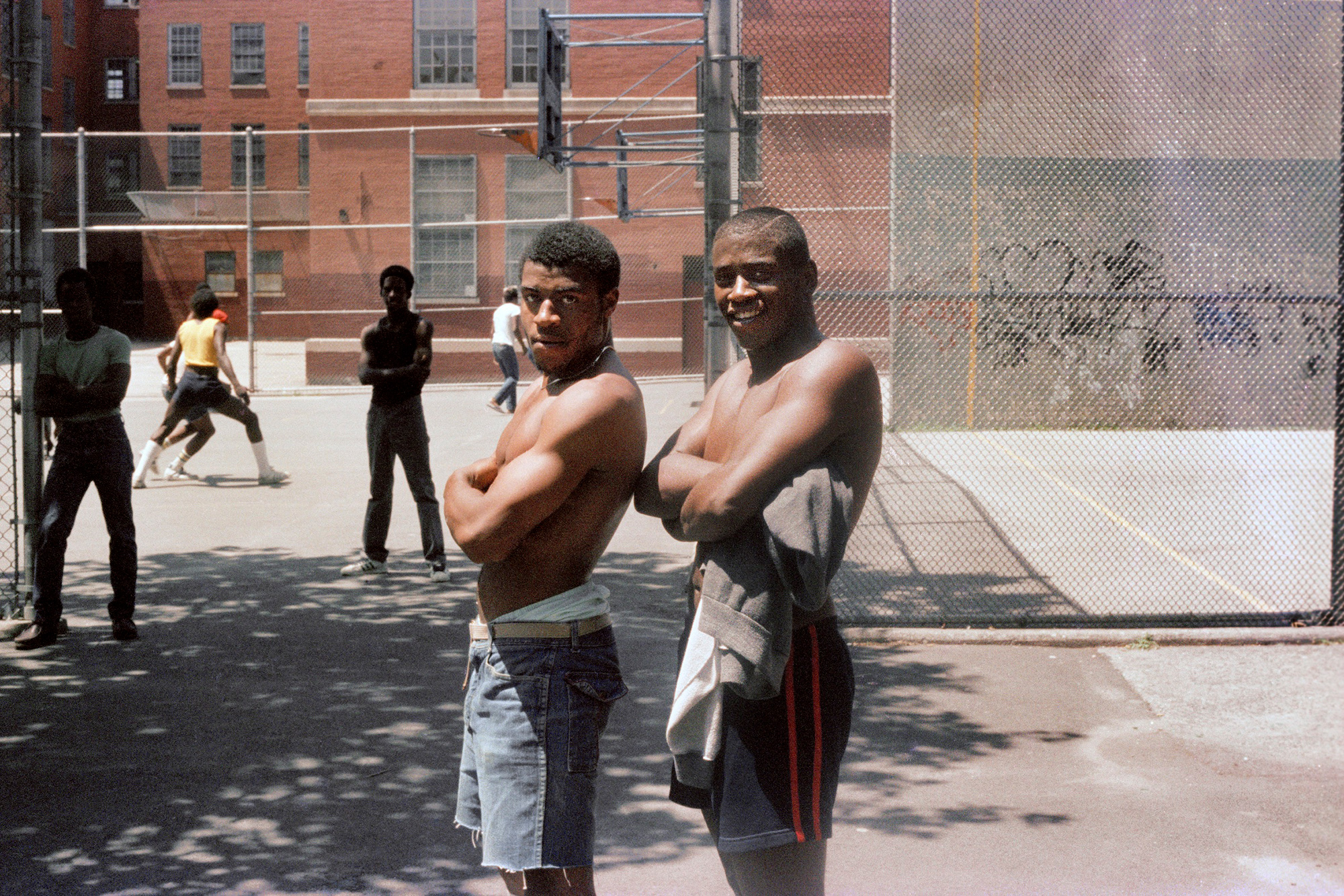 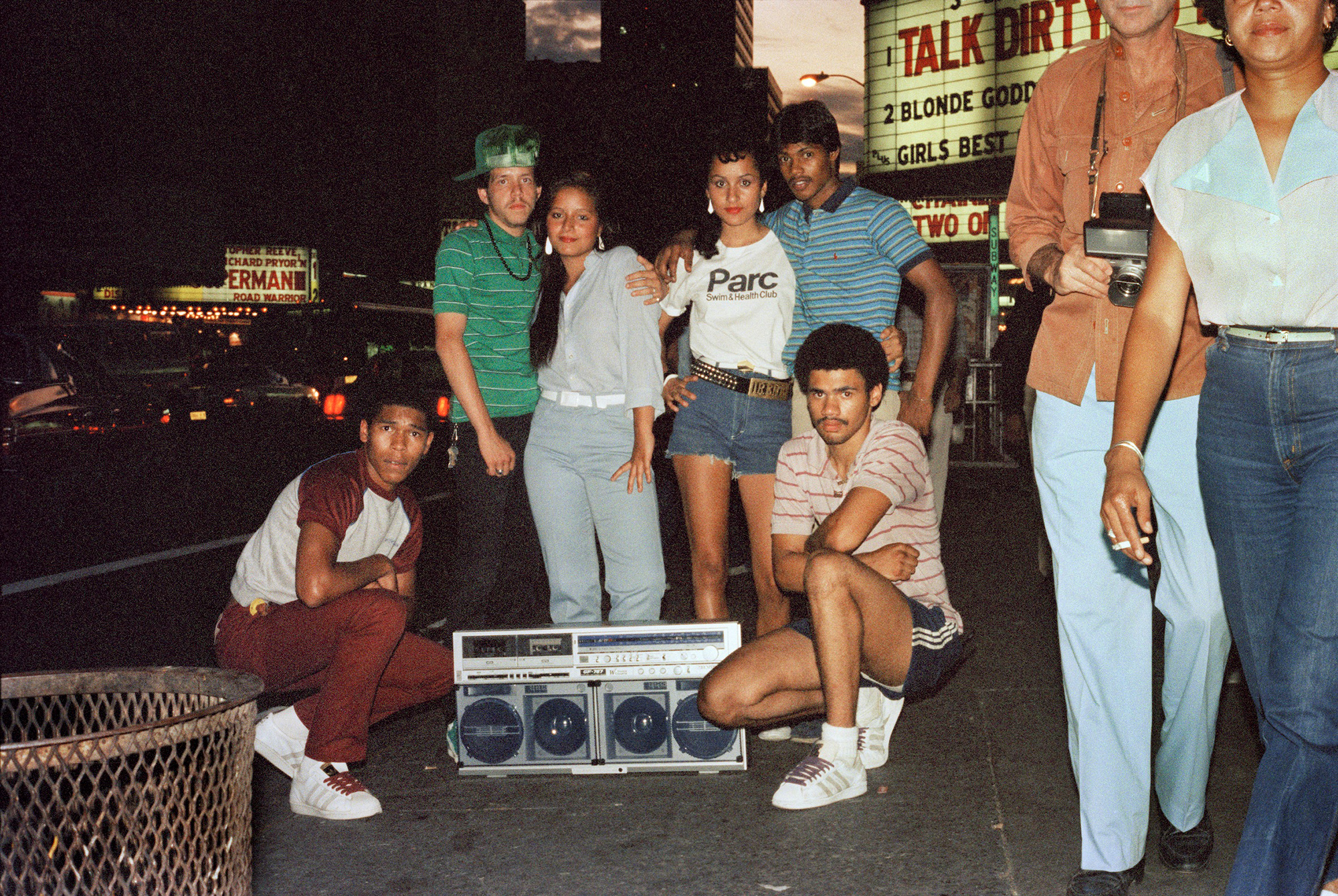 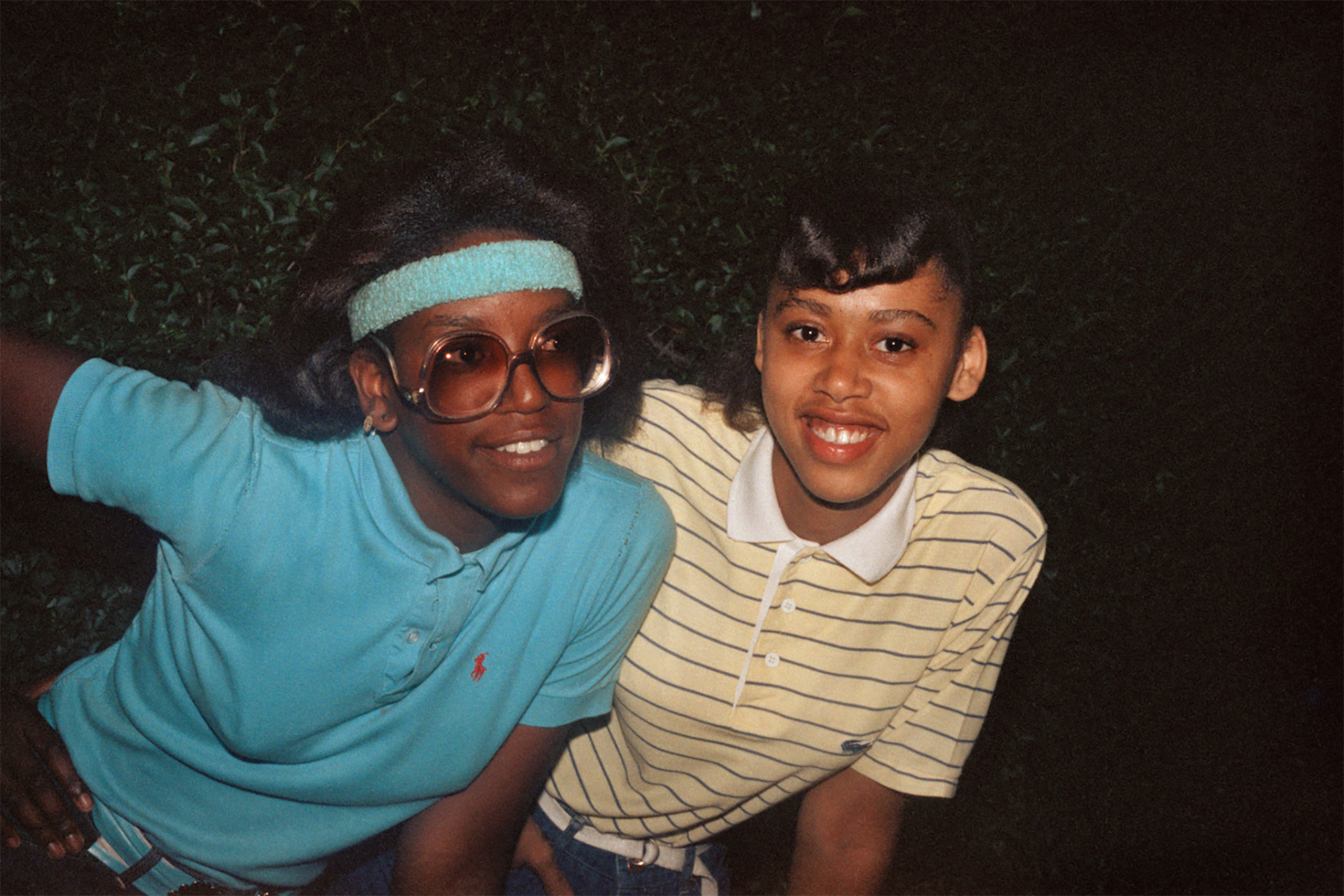