The heart of conflict zones 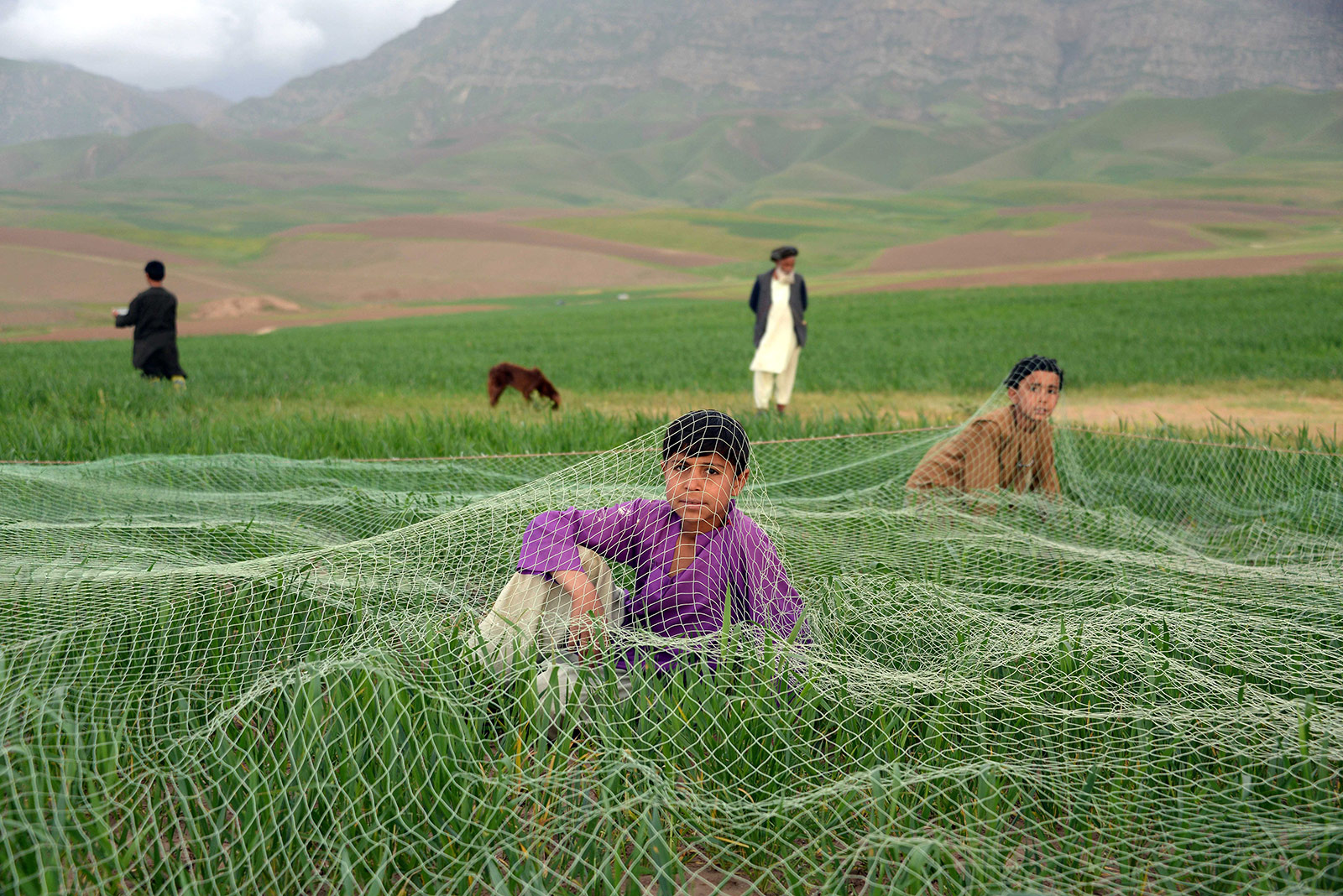 Some months ago, we discovered Ishkar, a project that is changing the discourse about war-torn countries by trying to help their people create sustainable businesses and breaking the chains of our traditional approach of victims. Now, Ishkar’s project has grown with a new initiative: photography from conflict zones – but not exactly as we know them.
These are beautiful, intriguing and powerful images seen through the lens of hope and positivity, which remind us that there is life beyond war for those who live amongst it. The eight selected photographers now present series of pictures that depict the daily lives of people living in times of revolution and war in countries like Afghanistan or Mali, which are not typically displayed and published by Western media.

Flore and Edmund, the founders of this inspiring project, explained to us how Ishkar Photography gives another opportunity to talented photographers from these countries by providing them a new exposure for their work: “Some were professionals working for news or advertising agencies, others were talented amateurs taking lower resolution photographs on their phones. War isolates talented individuals from the outside world. Aside from news agencies covering conflict, photographers from war-torn countries have few opportunities to sell their work.”

So how is Ishkar contributing to change this? “Our new platform is enabling them to reach a new global audience. Not only will this help photographers financially, much like our craft collections and our events, it will also enable us to show a side to war-torn countries rarely seen in the news. Photography has the ability to make deep connections with people and tell powerful stories that don’t require translation”, they continue.

This is precisely the big difference with the images we are used to seeing in Western media, which mainly cover wars from one point of view: that of tragedy, desolation and destruction. However, Ishkar Photography asked to show another side to it, one that conveys trust and hope, as one of the selected photographers, Manaf Azzam (Syria), confirms: “I see photos as dense messages that surpass borders in this world. Photos are able to reach any area without exception. During catastrophes, photos that carry hope or signal the continuation of life have the ability to touch people’s hearts because photos of death and destruction have become the standard. I have to note here that photos that document devastation and misery are very important and deliver the truth no matter how hard it is”. 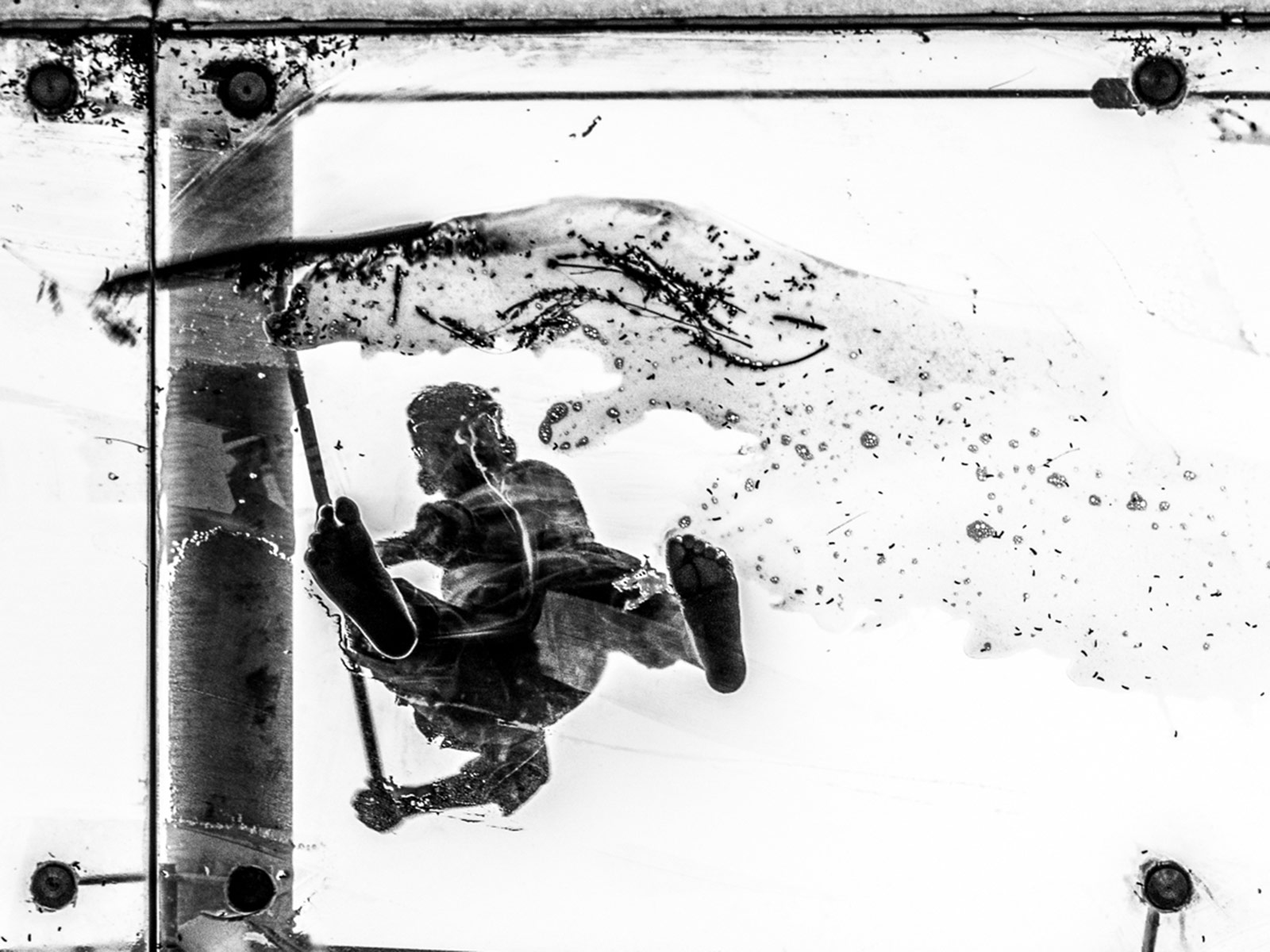 Manaf Azzam
On his side, Hedayat Amid, a photographer from Afghanistan, agrees that the image of his country is totally negative in the Western world. “They all think that Afghanistan is a terrible, opium producer, and warrior country. It’s true that there are incidents almost on a daily basis, but it’s not fair to focus solely on the negative and not pay attention to the other good things happening here. I work as a photographer to show to the world that Afghans, just like any other people, want to live peacefully and benefit from technology, a better education, and other facilities. War is something enforced, and we’re exhausted from it”. 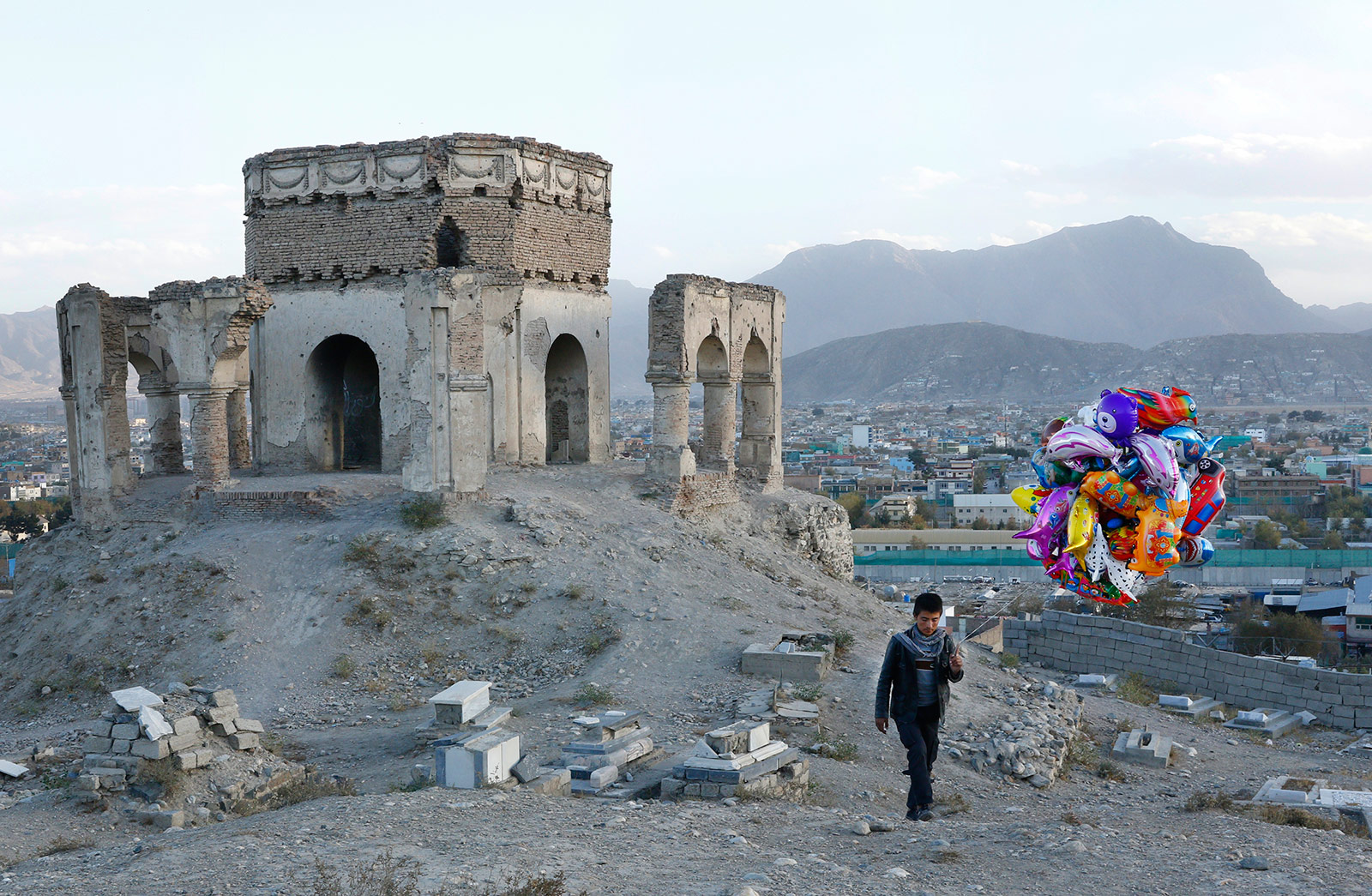 Hedayat Amid
Bashayer Ali, from Yemen, shares her vision a bit differently, but the message is the same: no one wants war in their own country, and everyone wishes for a better future. But if it happens, you have to live with it to survive. “Empathy isn’t the only feeling we as photographers want to receive from the audience. Rather, we want them to recognize how, in such bad times, we still find people going about their usual lives, where war doesn’t break them anymore. As sad as this may sound, somehow, people of Yemen have got along with war and learnt how to live through it, which in all honesty, proves their strength and resistance”. 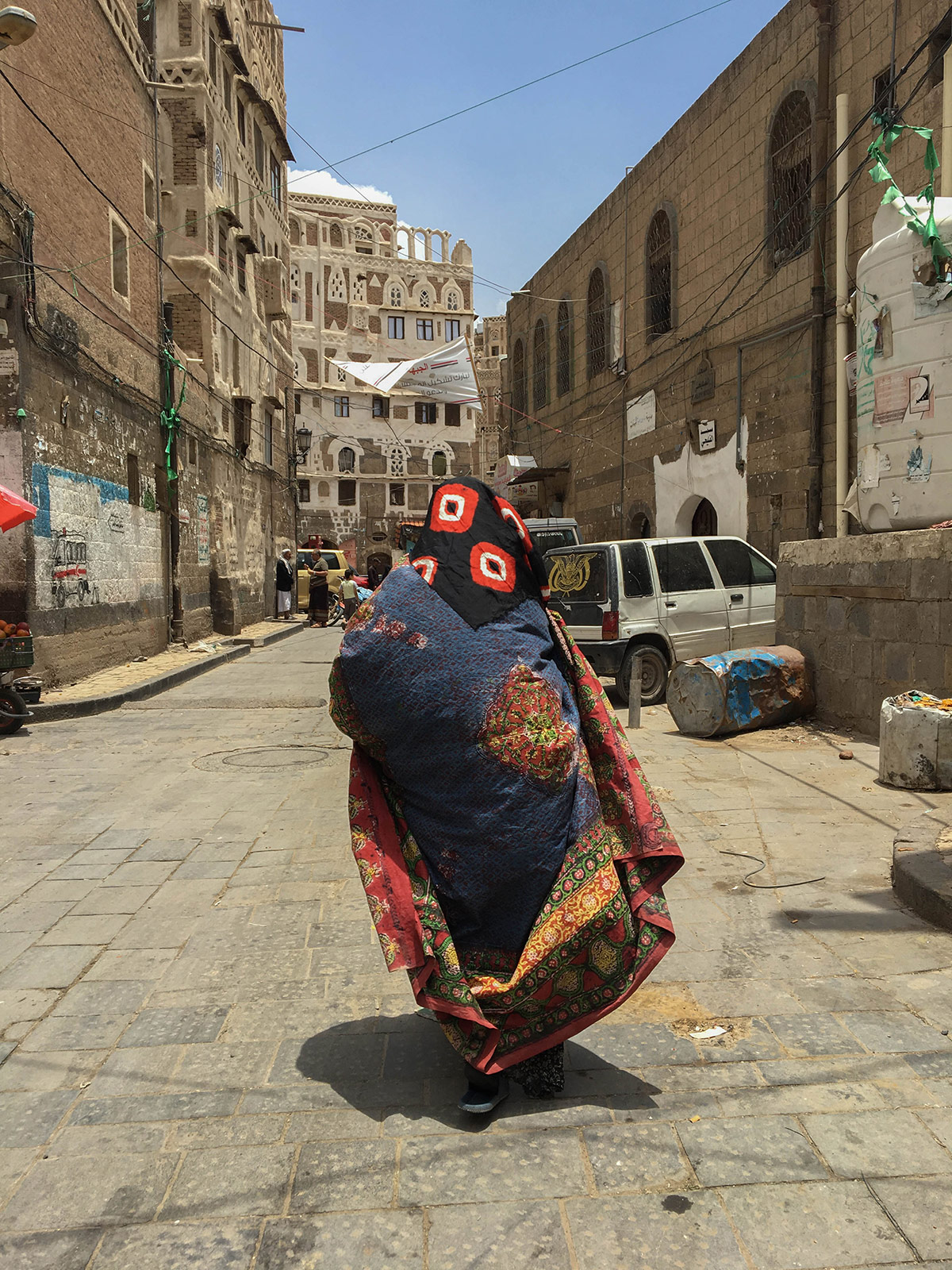 Bashayer Ali
Her point of view is shared with Rinad Norein, from Sudan, who approaches photography in a rather hopeful way. “Most of my photographs have a positive nuance and I intentionally do so because, frankly, I am tired of the story that has been told to us for generations; it is a skewed portrayal of the full picture.” And doing so is also therapeutic for her and the audience who gets to see her pictures. “To be able to see beauty amongst daily tragedies and unfortunate realities, I am allowing space for healing.” 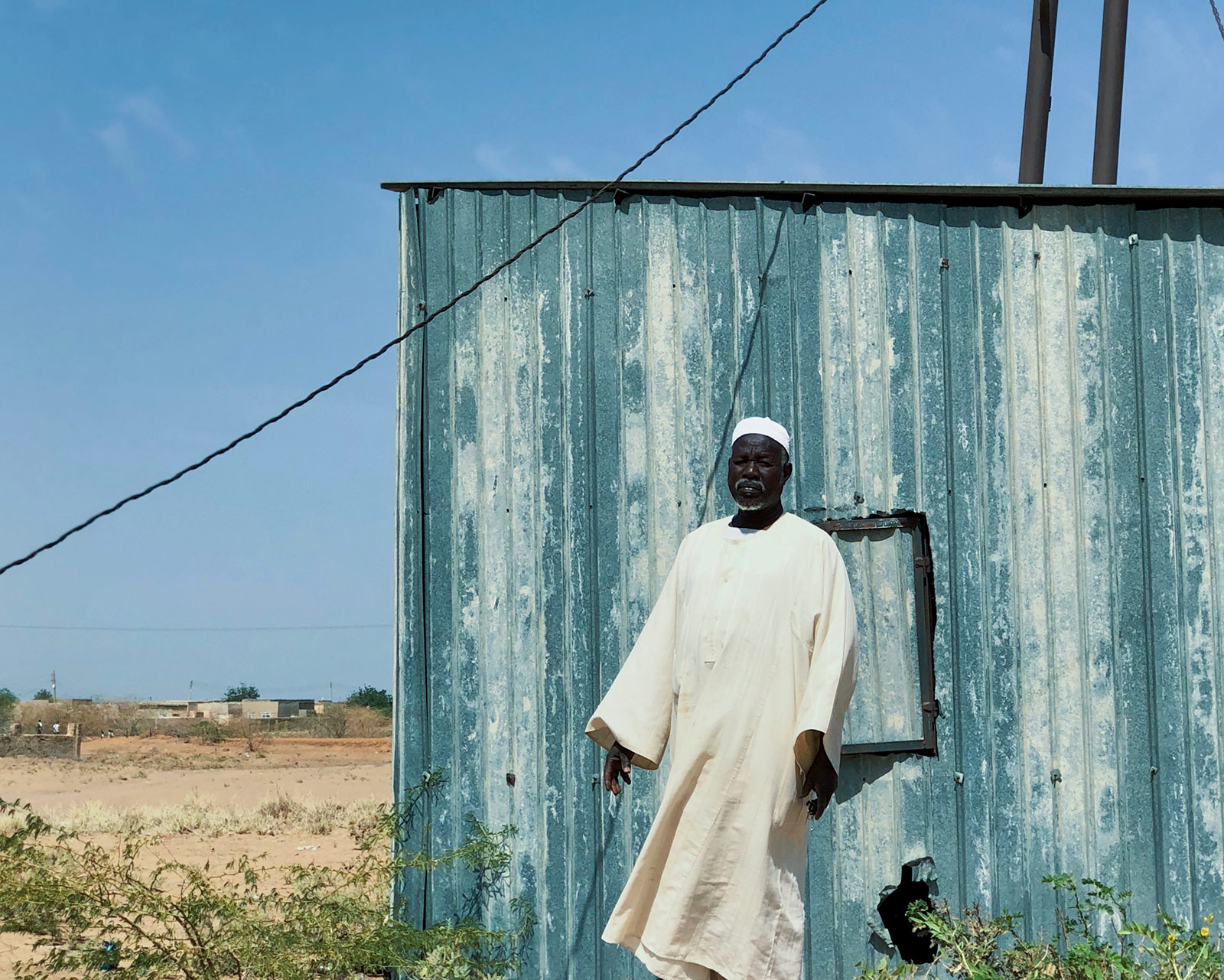 Rinad Norein
The most interesting part of how it all started is that Instagram played an important role and was partly an inspiration, as Flore and Edmund noticed that some of their followers were drawn to the surprising images of landscapes and buildings reposted by photographers under hashtags like #EverydayAfghansitan, #EverydayIraq and so on. “Now, we are giving them a chance to translate this interest into direct support for the photographers behind the images they love”, explains Edmund.

The structure of the project is really simple: every four months, they will select images according to a different theme. For the first series, the selected photographers were asked to focus on Architecture in a war zone, such as Sudan, Mali, Yemen or Afghanistan. “Hopefully, we’ll see new ideas for the next series, which may focus more on human activity, such as rituals or traditions”.

The main reason for choosing this theme for a pilot series, according to Flore, is that they didn’t want to focus on a topic that was too conceptual for fear of the brief being lost in translation. “With architecture, the photographers could interpret the theme however loosely or narrowly they wanted to. Secondly, because there has been a lot of coverage of destruction to ancient architecture like the Buddhas of Bamiyan or Palmyra. In the West, we place a lot of value on this kind of cultural heritage”, she says.

“However, what was interesting to see is that many of our photographers didn’t choose to focus on traditional architecture, but rather the architecture of their everyday lived experience. Some of the most interesting photographs in our first edition are of shopping malls and 1970s hotels – not the ancient or ruined buildings we commonly associate with these countries”, Flore continues.

Hedayat Amid thinks as well that photography is a language that every side can understand, feel, and take care of: “Thanks to the power of photography, we can gain both national and international support. For example, after publishing lots of images of civilian causalities in social media, the government and the Taliban are under pressure to not target unarmed men and women in the conflict zones”, he says. Nevertheless, the country is still under attack. “The only thing I hope for the future is to have a peaceful and developed country in the upcoming years”, he continues. 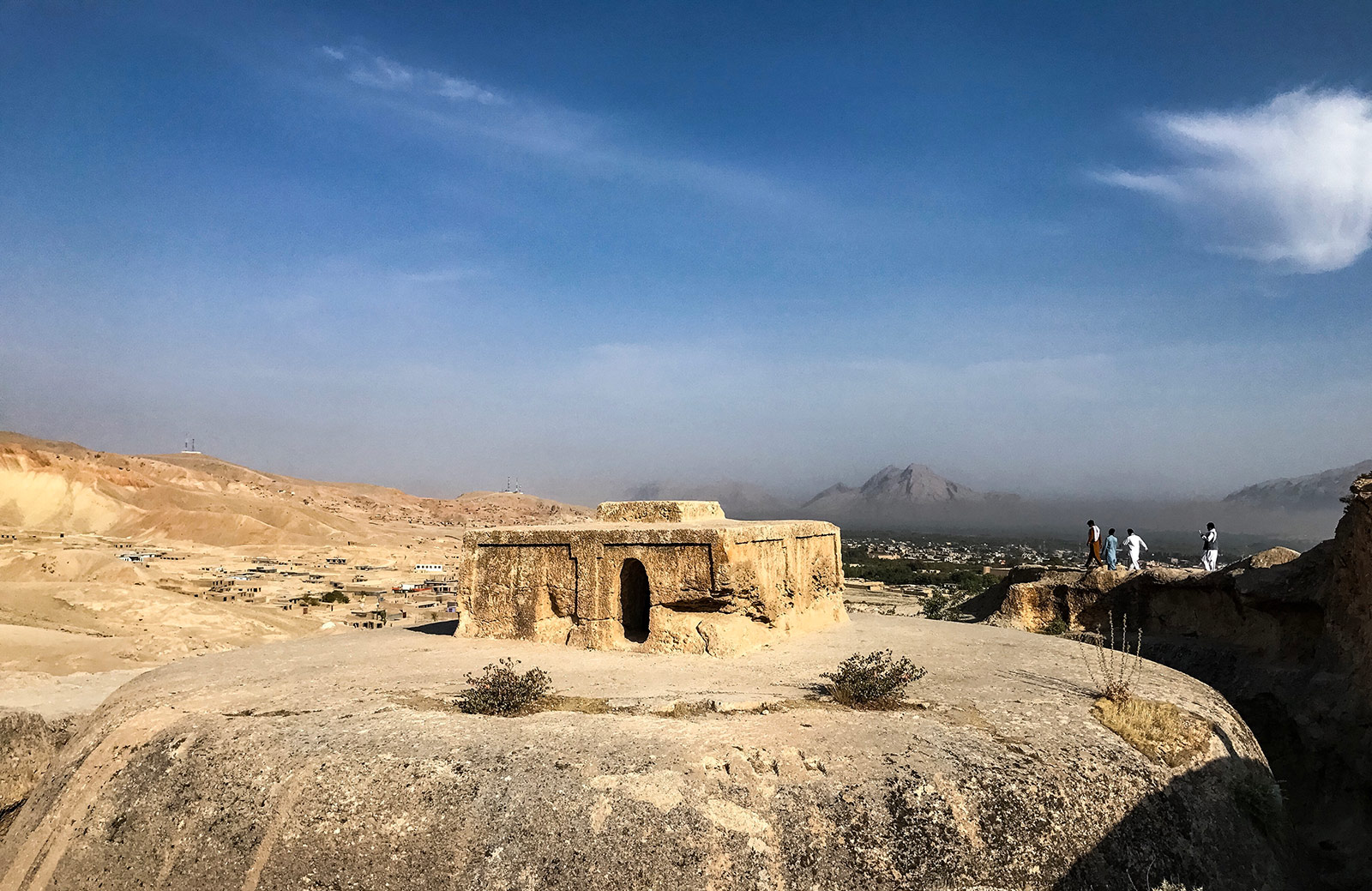 Hedayat Amid
Rinad Norein also thinks of art and photography as tools to change the state of things. “Images have the ability to trigger emotions. And if those emotions are strong enough, they will most likely follow with a reaction. Whatever that reaction manifests as, whether it’s in the form of protests, acts of charity, travel, etc., it solidifies the power of the arts. Images are messages, which is why I feel responsible whenever I decide to post photographs of Sudan”, she says. 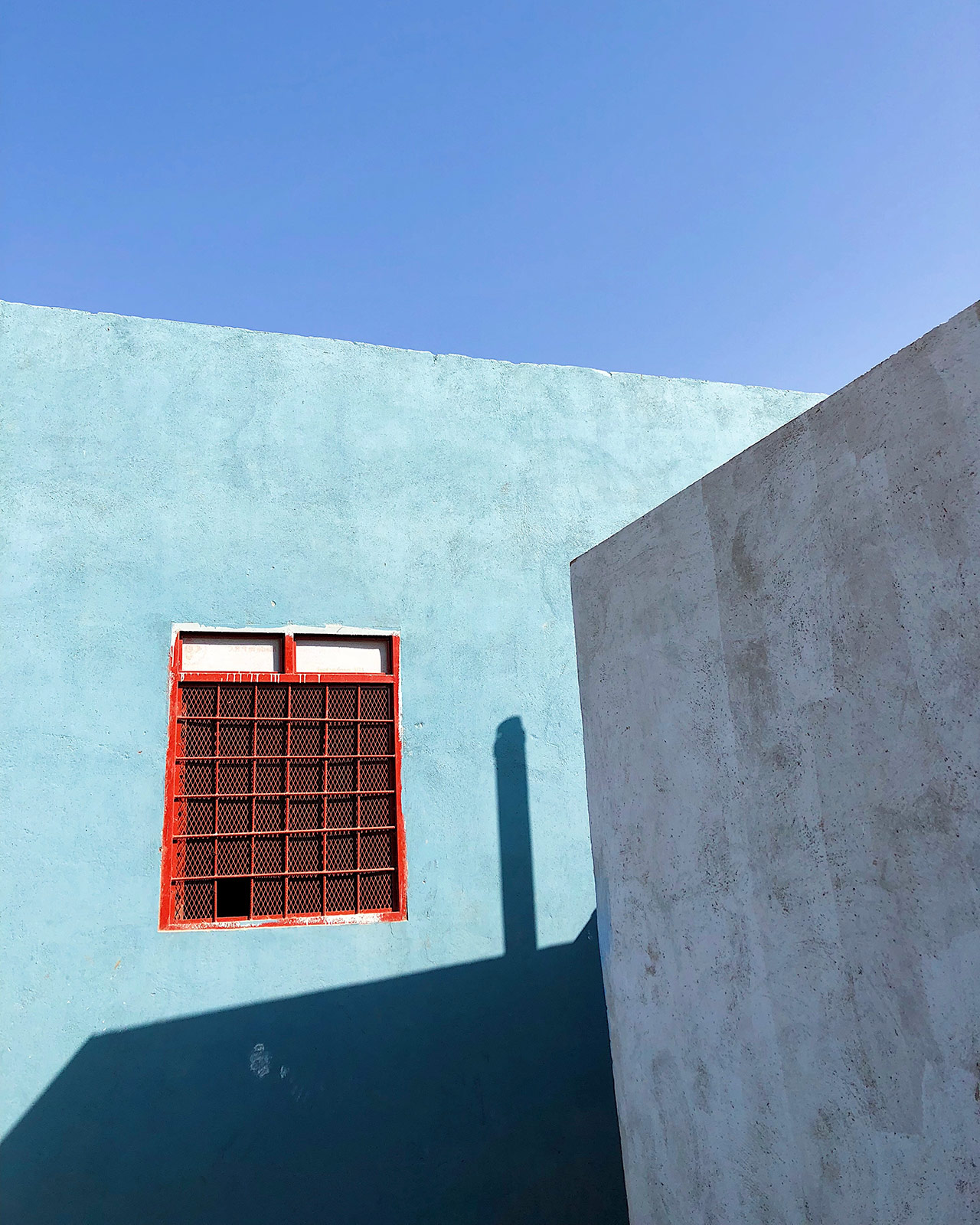 Rinad Norein
Photographers like Manaf Azzam, Hedayat Amid, Bashayer Ali and Rinad Norein share their enthusiasm for showing people a different perspective of the often misunderstood places where they live. They express their feelings through positive images, which serve as dense messages that surpass borders and touch people’s hearts. Their optimism makes us think that, despite war and adversity, there is still a living atmosphere where millions of people struggle. But just like their pictures, we want this to have a positive message and impact, so we asked these photographers about their favourite places in their hometowns or countries.

“My favourite part of Khartoum is, without a doubt, the Nile. Buildings, roads, and everything man made can be altered or destroyed, but the longest river on this planet remains unchanged”, shares Rinad about Sudan. “I am from the Syrian south, where there is an area called Al-Lajat, which is a sea of black stones mounted on each other”, says Manaf Azzam. “I like visiting old markets since their vibes always remind me of back home”, is what Bashayer Alli tells us.

And last but not least, Hedayat, says that his favourite place is “the place where I was born, the Logar province. It’s a very beautiful and green place with cool weather. It’s located about sixty kilometres away from Kabul, the capital of Afghanistan, but due to the war and conflict, I cannot go there. Nevertheless, a few months ago, after almost twelve years, I could visit it when the Taliban and the government announced a three-days ceasefire”. 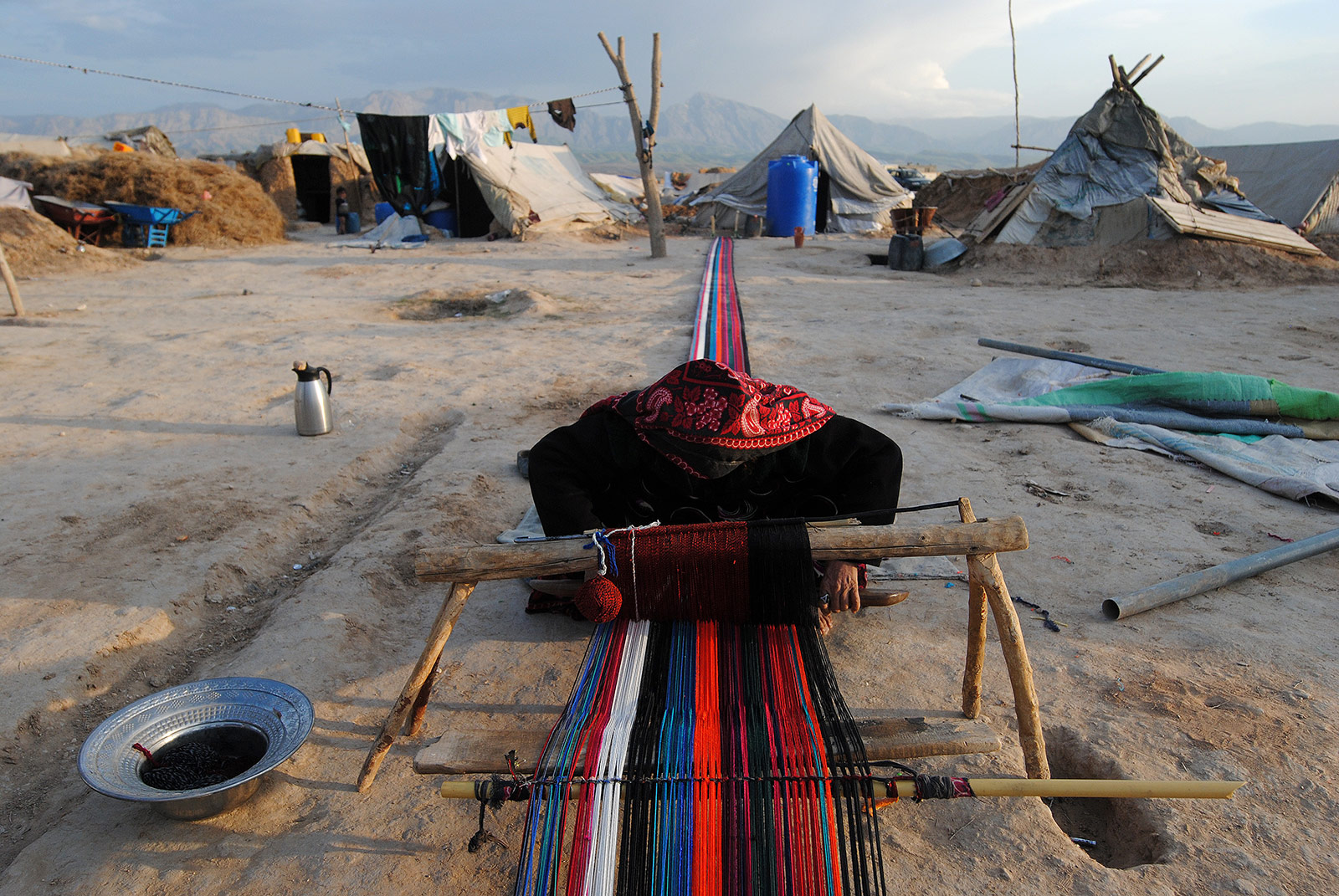 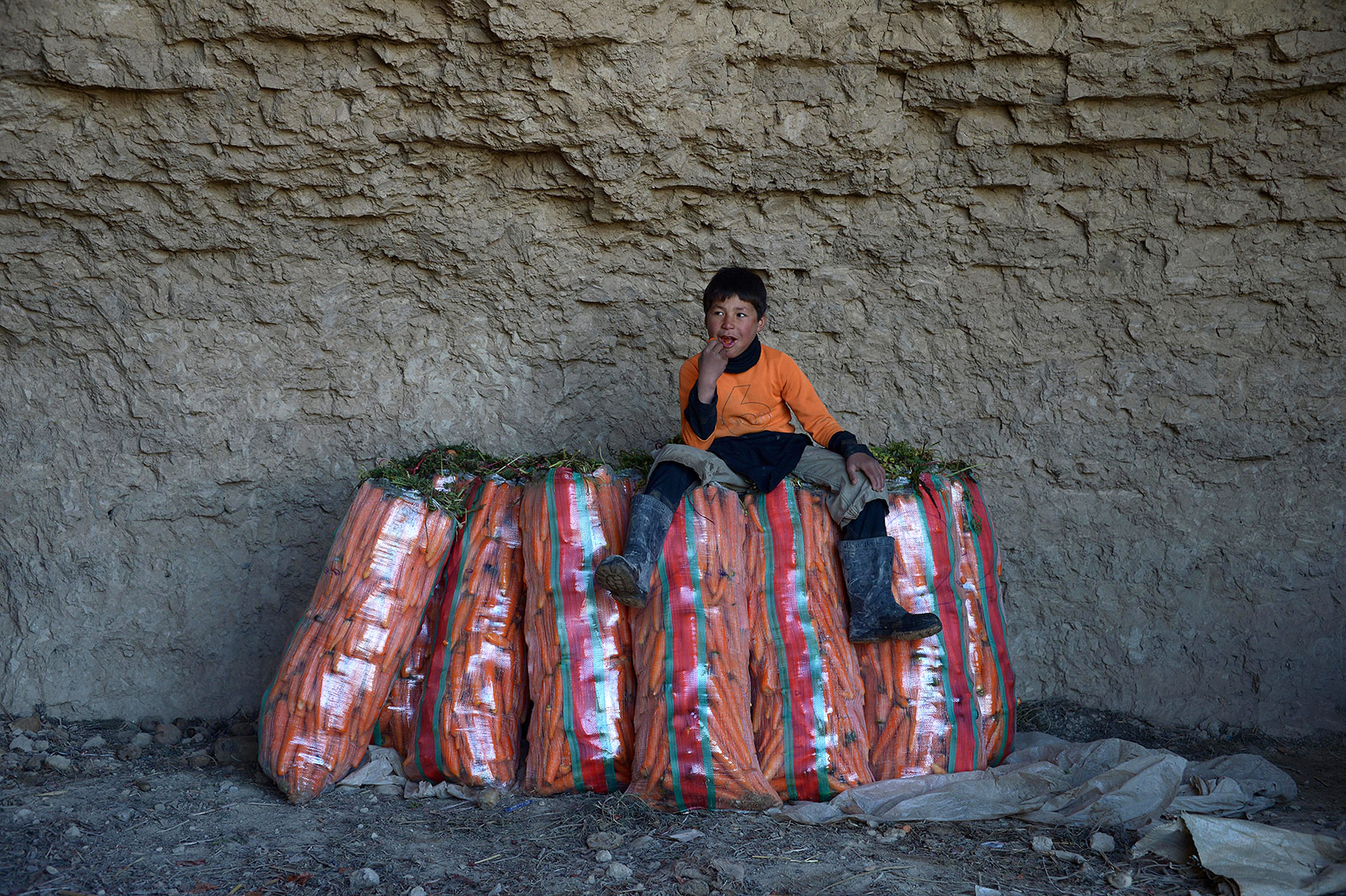 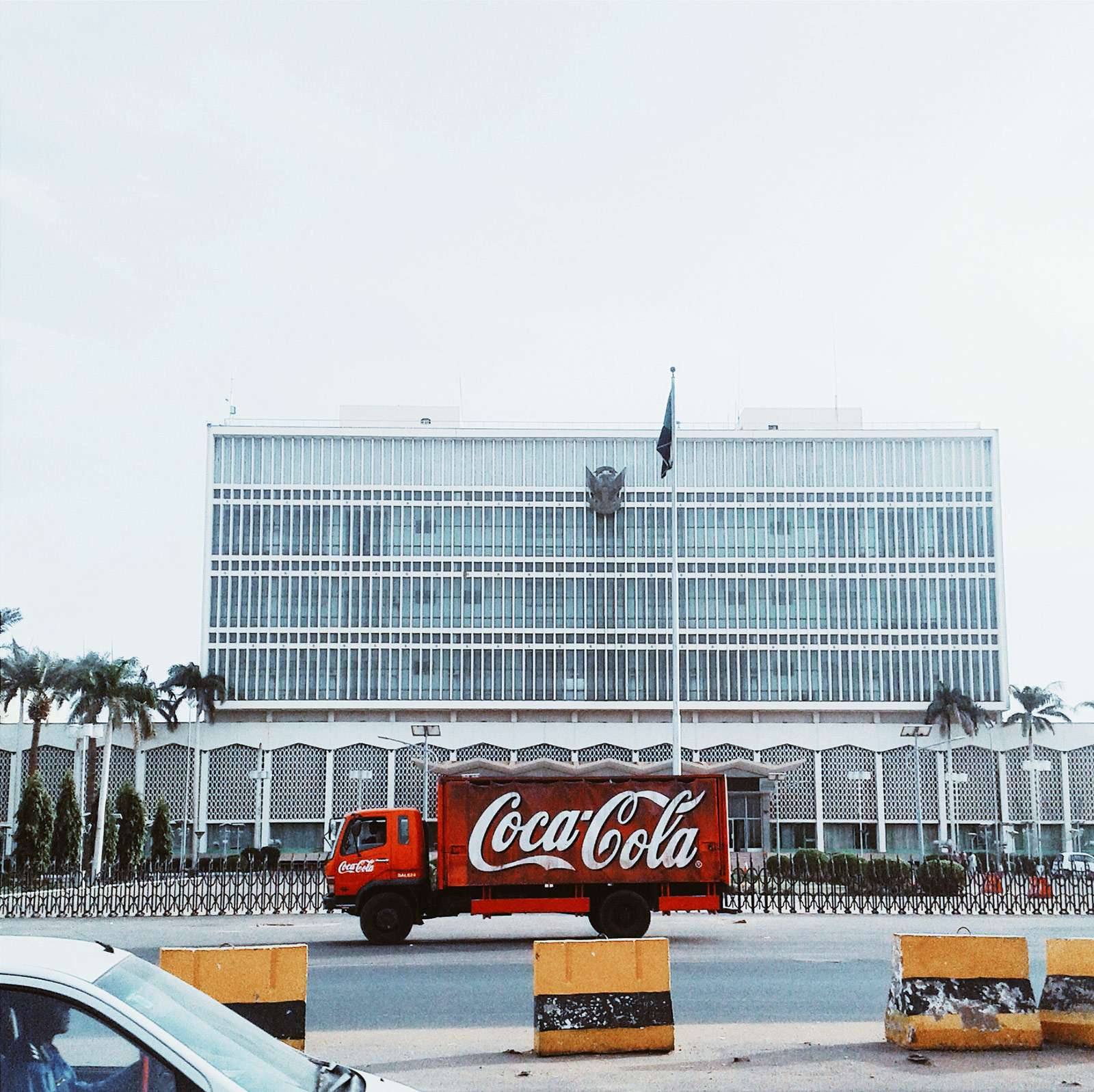 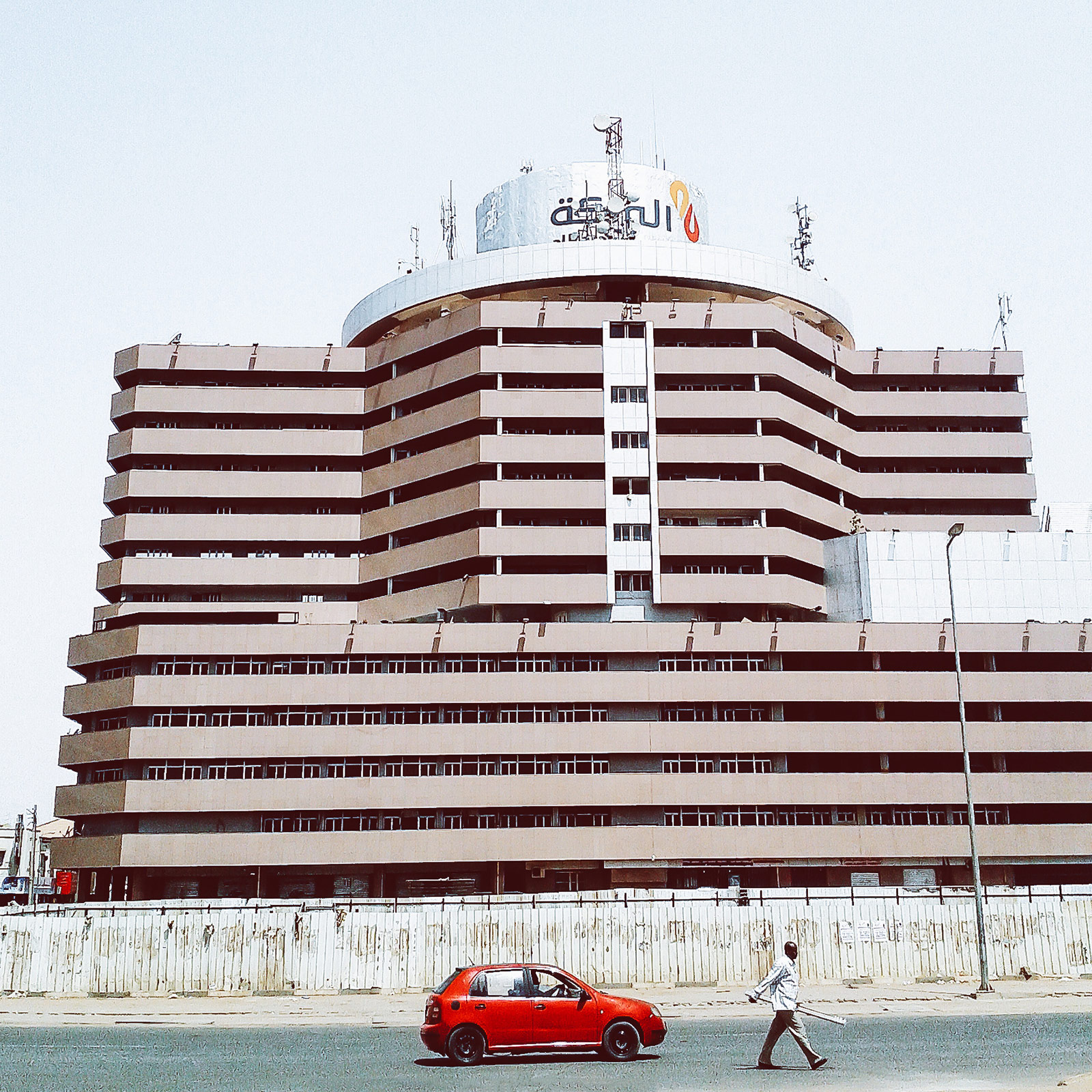 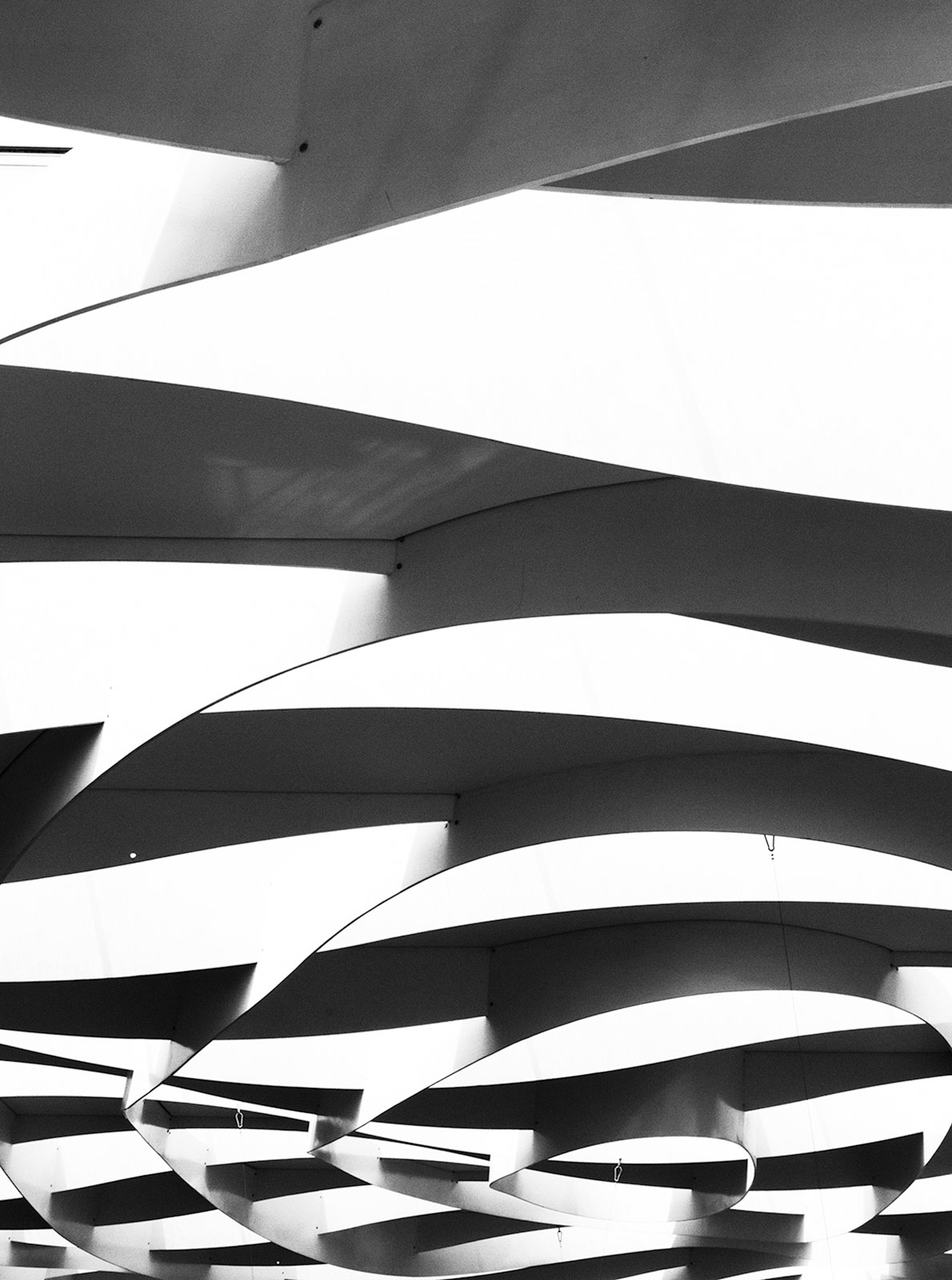 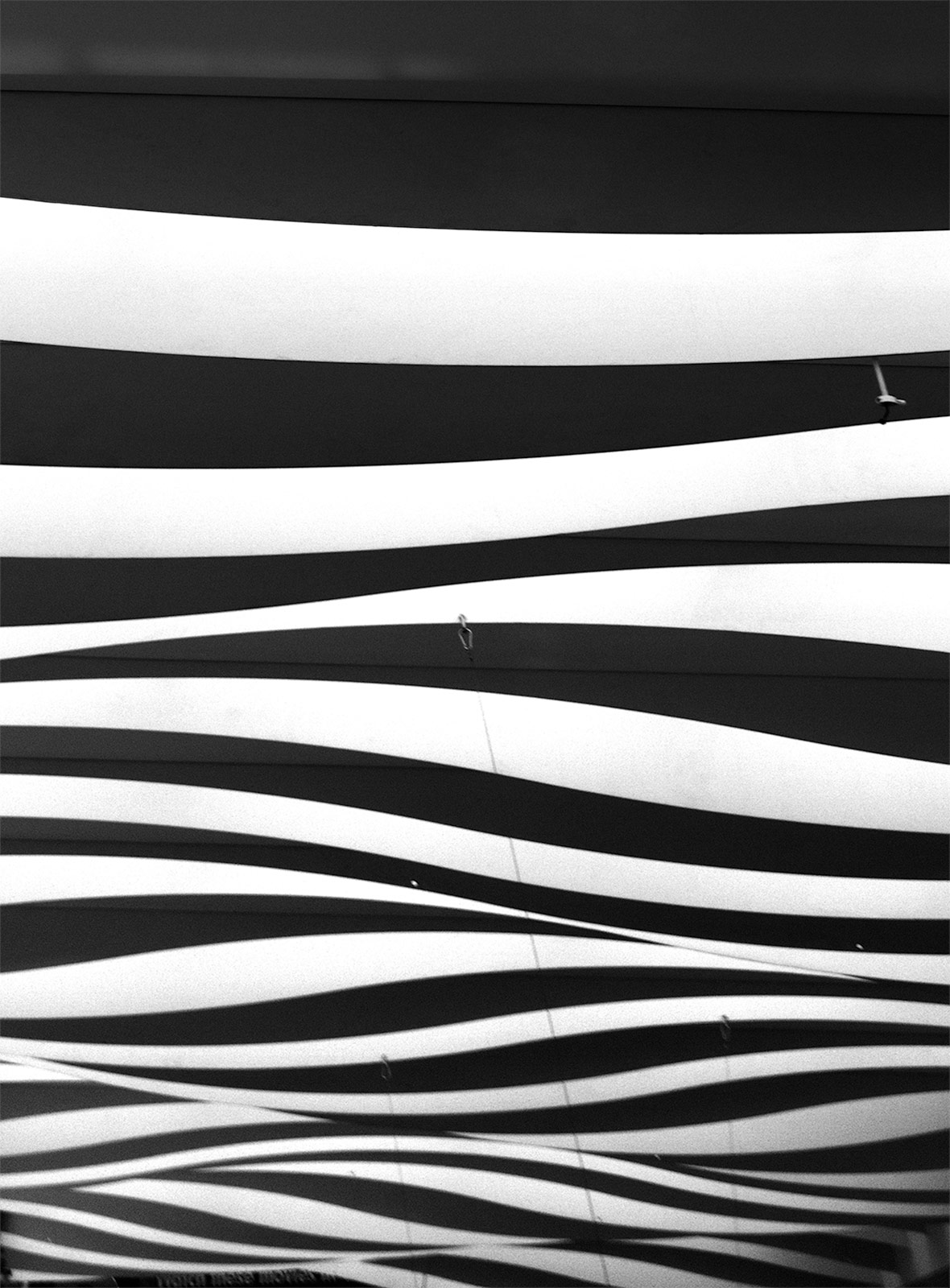 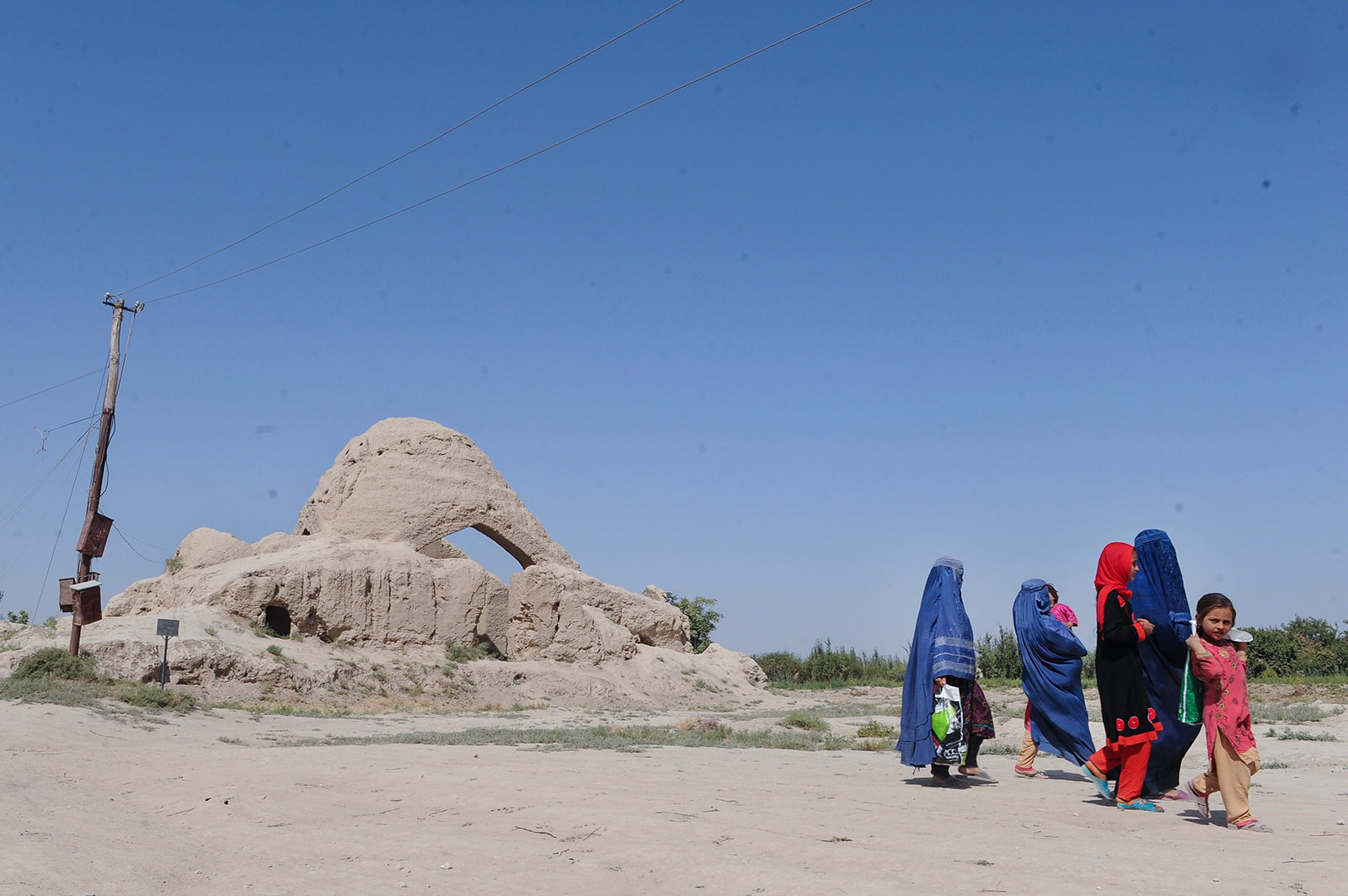