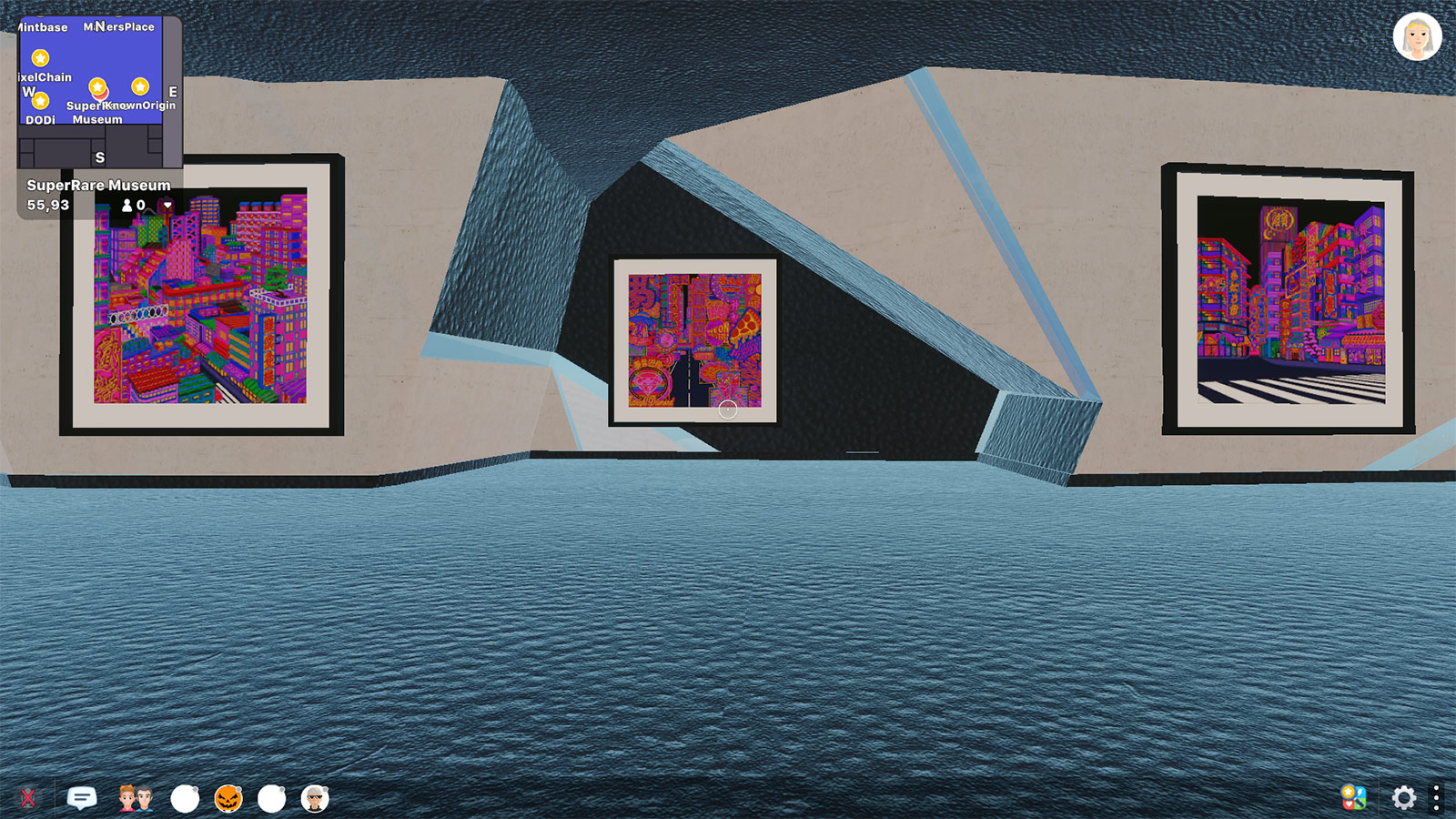 Images, invisible economies, exchanges, communities, systems and processes aiming to detangle the web of decentralised invisible cities of the crypto world. SuperRare presents a digital exploration of the relationship between the visible and the invisible of our real and imagined cities through a virtual exhibition of NFT artworks, curated by An Rong and Elisabeth Johs. Titled Invisible Cities, the exhibition explores the real and imagined world under close observation through the work of ten digital artists from around the world, including Fabio Giampietro, Elisa Swopes, Karisman and Mari.k., on view until April 30.
Inspired by a text from Italo Calvino, the artists combined pieces coalesce together to present a multivalent global response to the writer’s formative text, imagining a realm of cities that never existed. With a quote from Calvino, the exhibition text reads, “it is as with dreams: everything imaginable can be dreamed, but even the most unexpected dream is a rebus that conceals a desire or, its reverse, a fear,” speaking to the invading grasp of the crypto world. “Cities, like dreams, are made of desires and fears, even if the thread of their discourse is secret, their rules are absurd, their perspectives deceitful, and everything conceals something else.”

Questioning what is real and imagined, allusive animated abstract images depicting utopian cityscapes and sci-fi urban environments in alternative worlds are the essence of the exhibition. Navigating the dream-like state between reality and imagination, the exhibition invites viewers to immerse themselves into the universal creations that exist only in this virtual reality. Removing our central viewpoint of perspective, each artist’s work attempts to decipher the eternal mystery behind imagination, examining how much our distance from an object under observation affects the subject behind the lens and the magnitude of abstraction that follows. Immerse yourself into this mesmerising cyberspace, it will have you in a trance.
Invisible Cities is on view online through Hook Art and Decentraland until April 30. 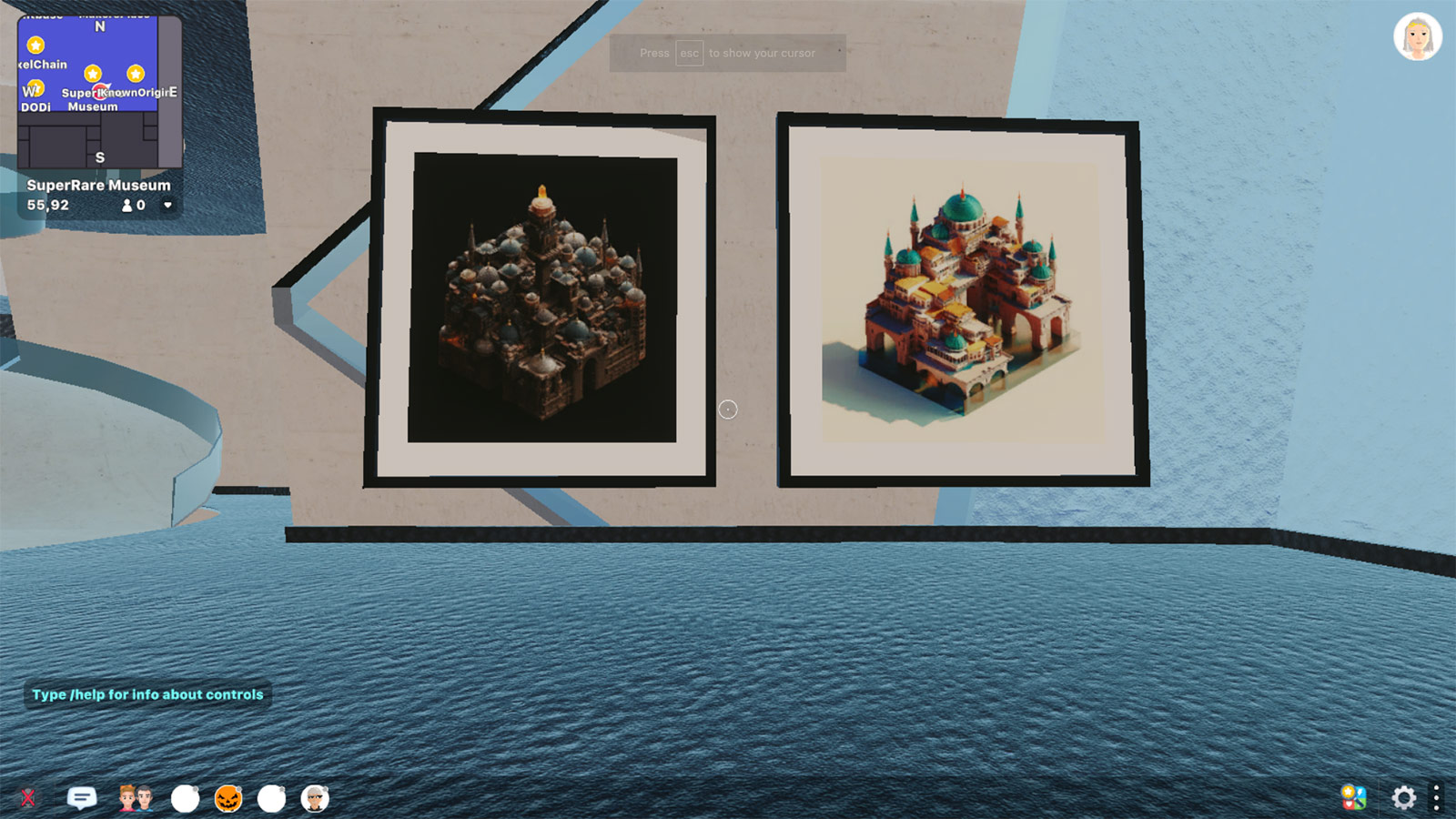 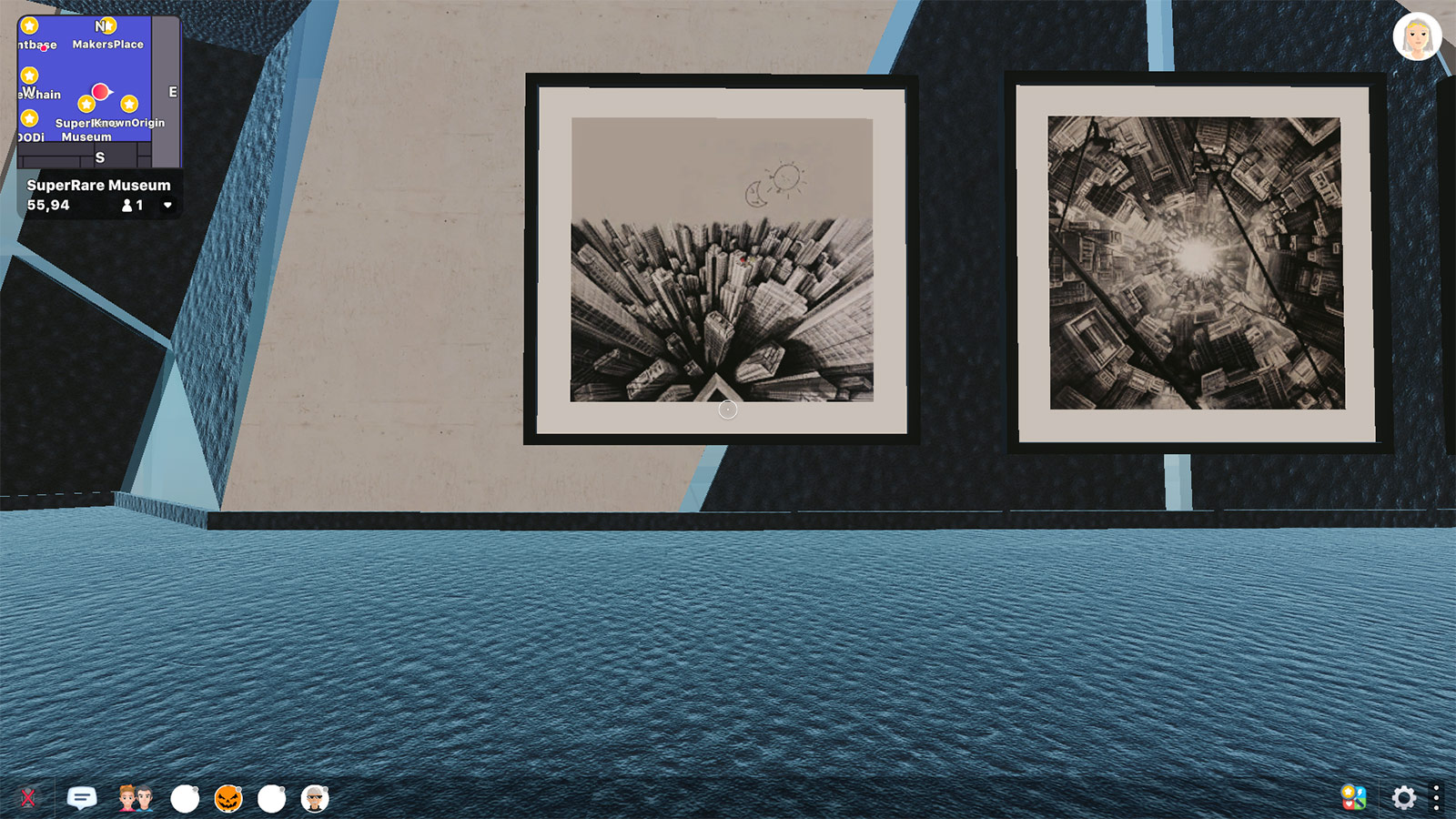 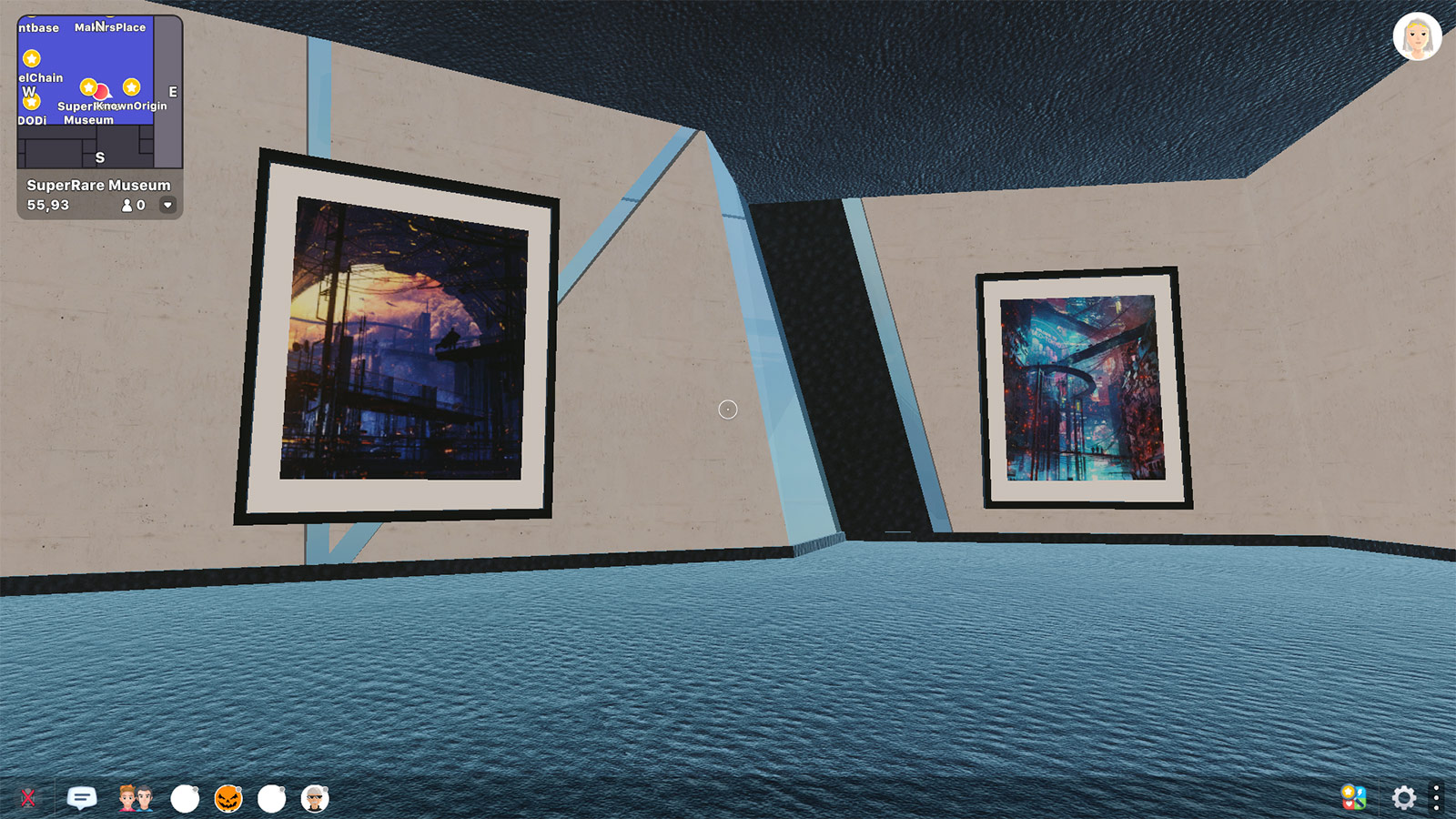