The best of Africa and beyond 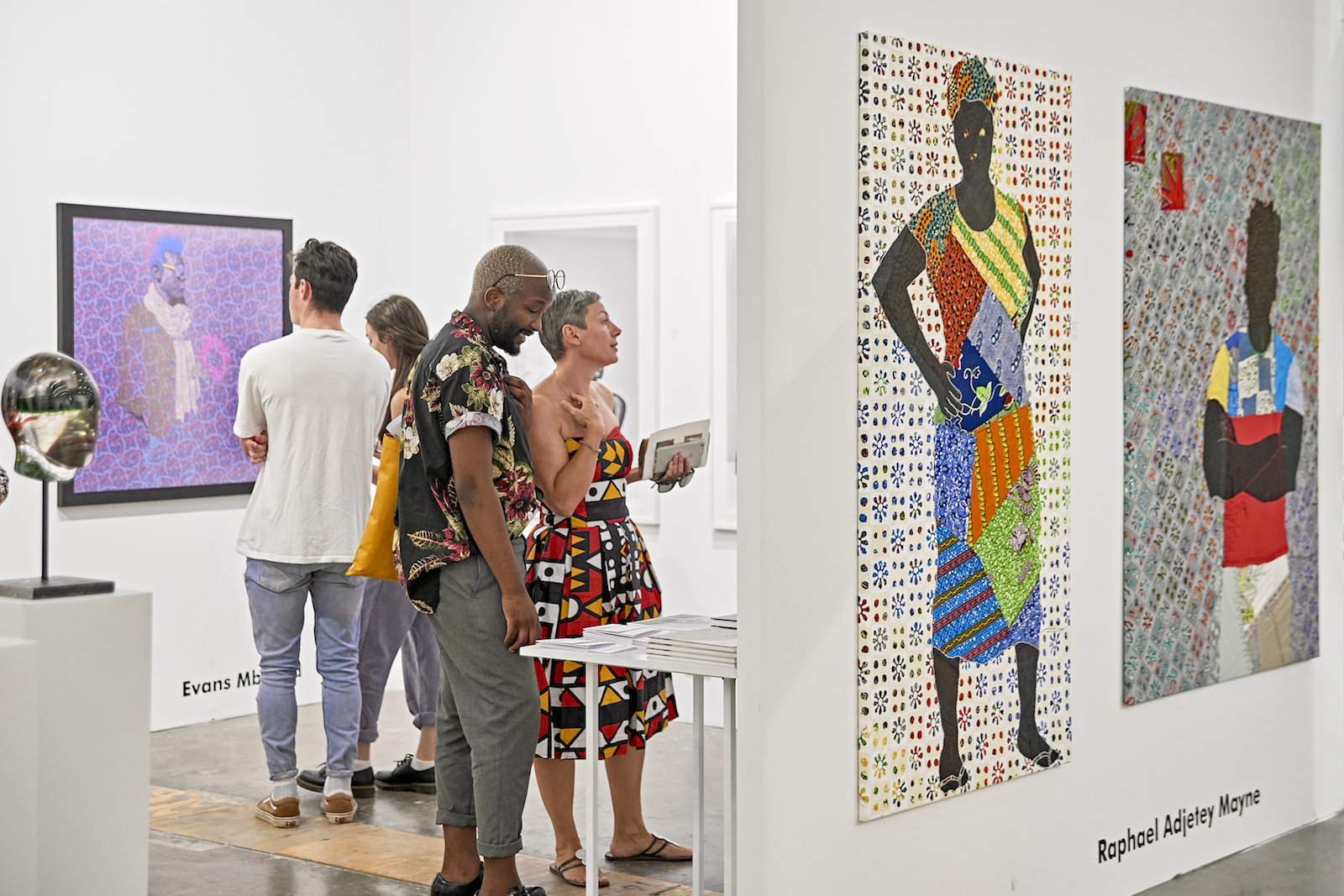 Who are some of the most interesting African artists working today? And the galleries? Discover them from February 15 to 17 at the seventh edition of the Investec Cape Town Art Fair.
But it’s not only the African talent that will sparkle inside the booths. Many international galleries (more than one hundred in total) and artists are participating as well, of course. Nevertheless, it’s in events like this where we can see the continent’s full potential – most of the galleries are based in Africa and, naturally, represent African artists. Also, 2019 marks the 25th anniversary of the country’s first democratic elections and the rise of Nelson Mandela to the power, so it’ll be interesting to see how has South Africa evolved culturally, artistically, and socially.
The fair will be divided into different sections: Main, the biggest one; Tomorrows/Today, a “curated cross-section of the most exciting emerging and under-recognized artists”; Past/Modern; and Solo, which will “explore the effects of the digital world on our lived realities”. In addition to these, there will be a space dedicated to Editions, another one to Cultural Platforms, and to Magazines & Publications, with titles such as Chimurenga, Art Africa, or THK Photography (from South Africa), and Art Forum (New York), Art Review (London), or Mousse (Milan). And, of course, a program of Talks.
As usual, the main section will be the place to discover the most artists. Hailing from Nairobi, Accra, Addis Ababa, Kampala, Johannesburg, Harare and other major African cities, the galleries participating include, among many others, Circle Art Gallery, Blank Projects, Addis Fine Art, Galerie Cécile Fakhoury (that’s opened a new space in Paris in addition to the one in Abidjan, Ivory Coast), First Floor Gallery Harare, Omenka Gallery, or This Is Not A White Cube. Internationally, well-established ones are coming too: Galleria Continua (with venues in Italy, China, Cuba and France), Perrotin (present as well in six countries), Galerie Pascal Janssens, Templon, or Tyburn Gallery.
But the most interesting section this year will be Solo. With just five galleries participating (Apalazzo Gallery, Eclectica Contemporary, Goodman Gallery, Matter Gallery, and Smith), the exhibition will explore what has digitalisation meant for the visual arts in a strong bet to understand, foster, educate and promote about new media and new ways of creation. As Khanya Mashabela, Galleries and Special Projects Manager puts it, “By exploring the impact that new media has had on the traditional mediums, and vice versa, we hope that a full picture will emerge.”
And she adds, “By progressing to new traditions it is hoped that emerging practitioners and collectors will begin to think more analytically about how the digital world impacts on art.” Some of the artists commissioned to create and present works include Tabita Rezaire, who’s garnering international acclaim and has been defined as a ‘healer of souls’; Ibrahim Mahala, known for his massive installations and artworks; Jake Singer, who works mainly with large-scale metallic sculptures; Sitaara Stodel, who mixes collage, photography, and video; and Kyu Sang Lee, winner of the Celeste Prize in Photography in 2017.
Investec Cape Town Art Fair will take place from February 15 to 17 at the Cape Town International Convention Centre, Convention Square, 1 Lower Long Street, Cape Town. 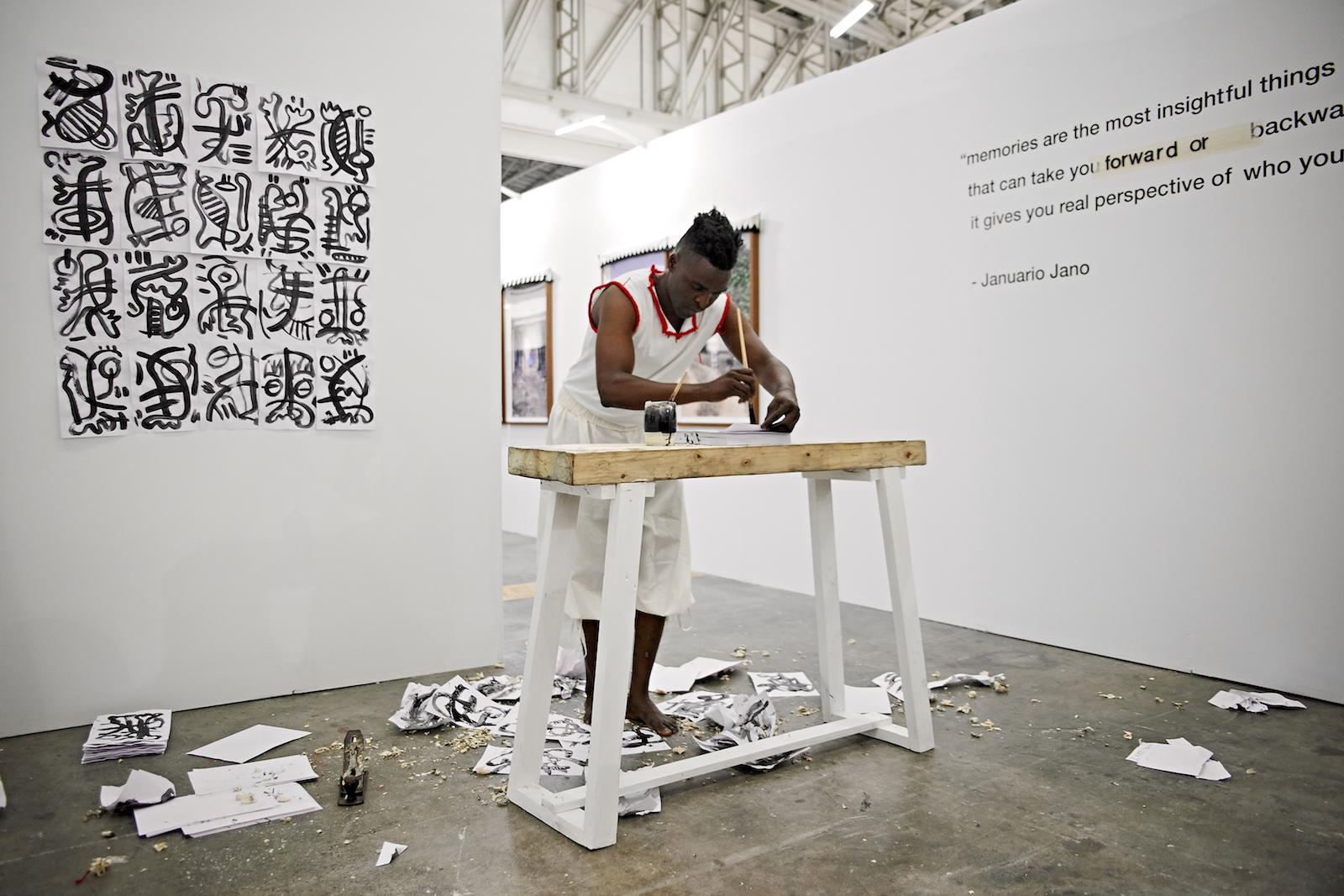 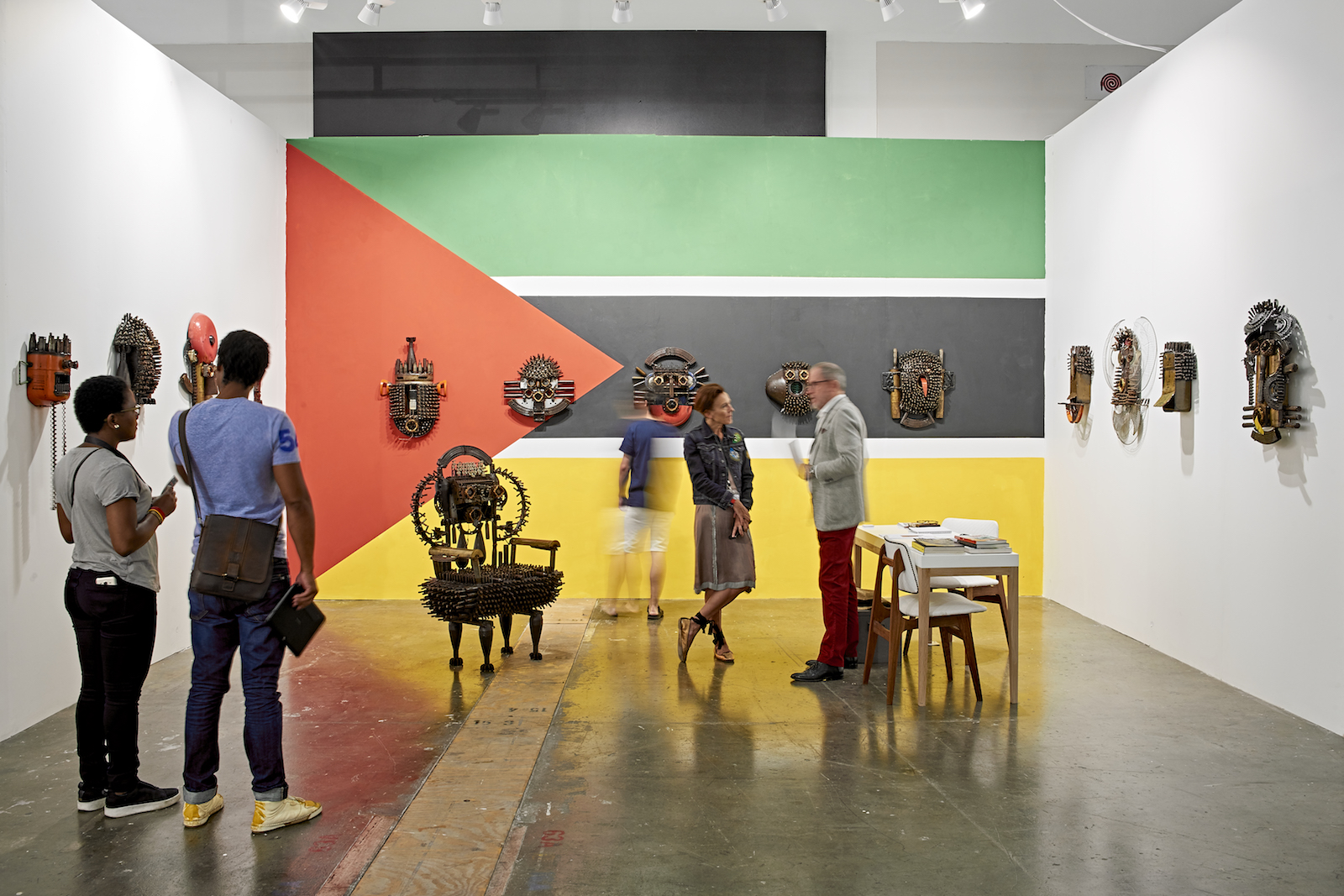 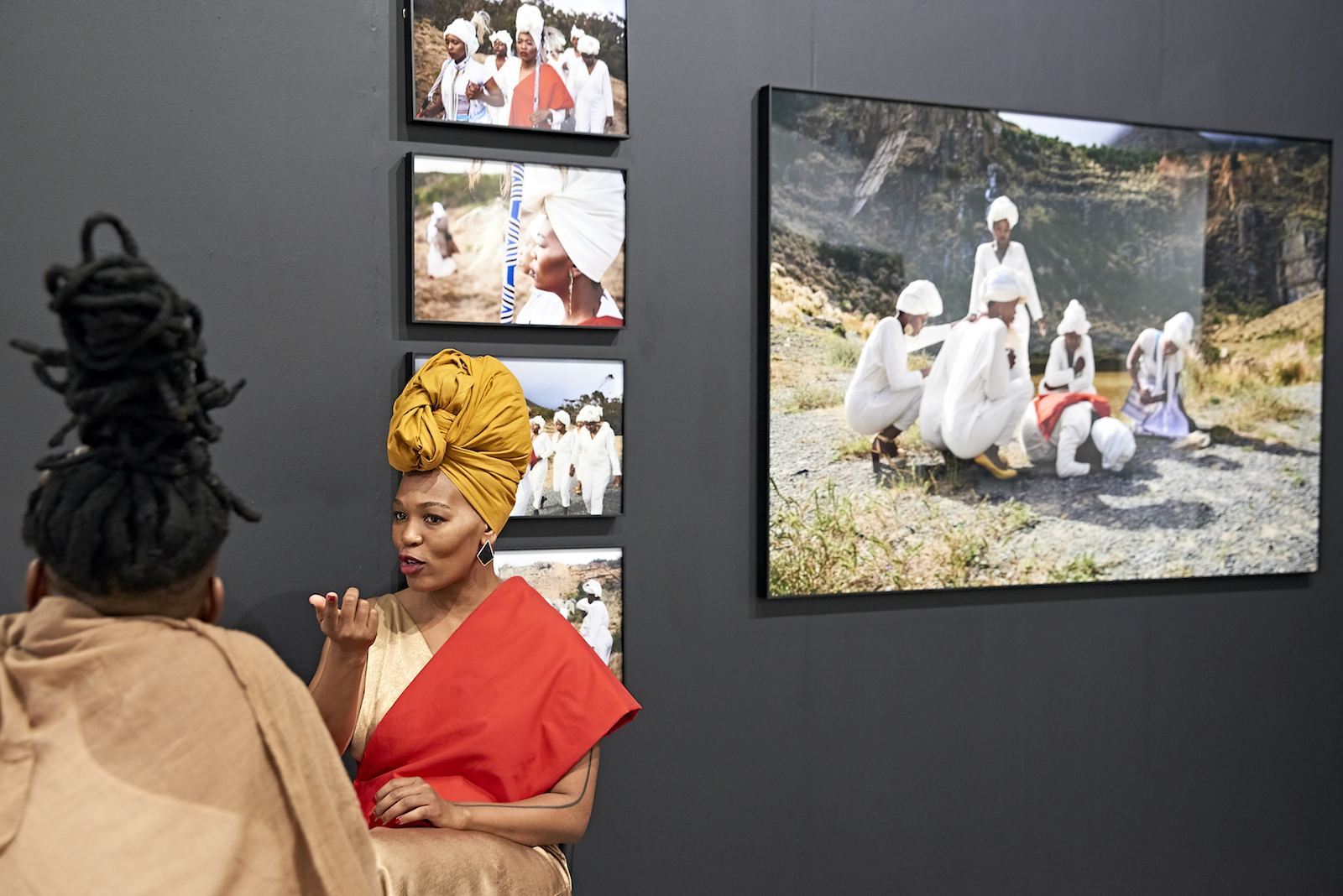 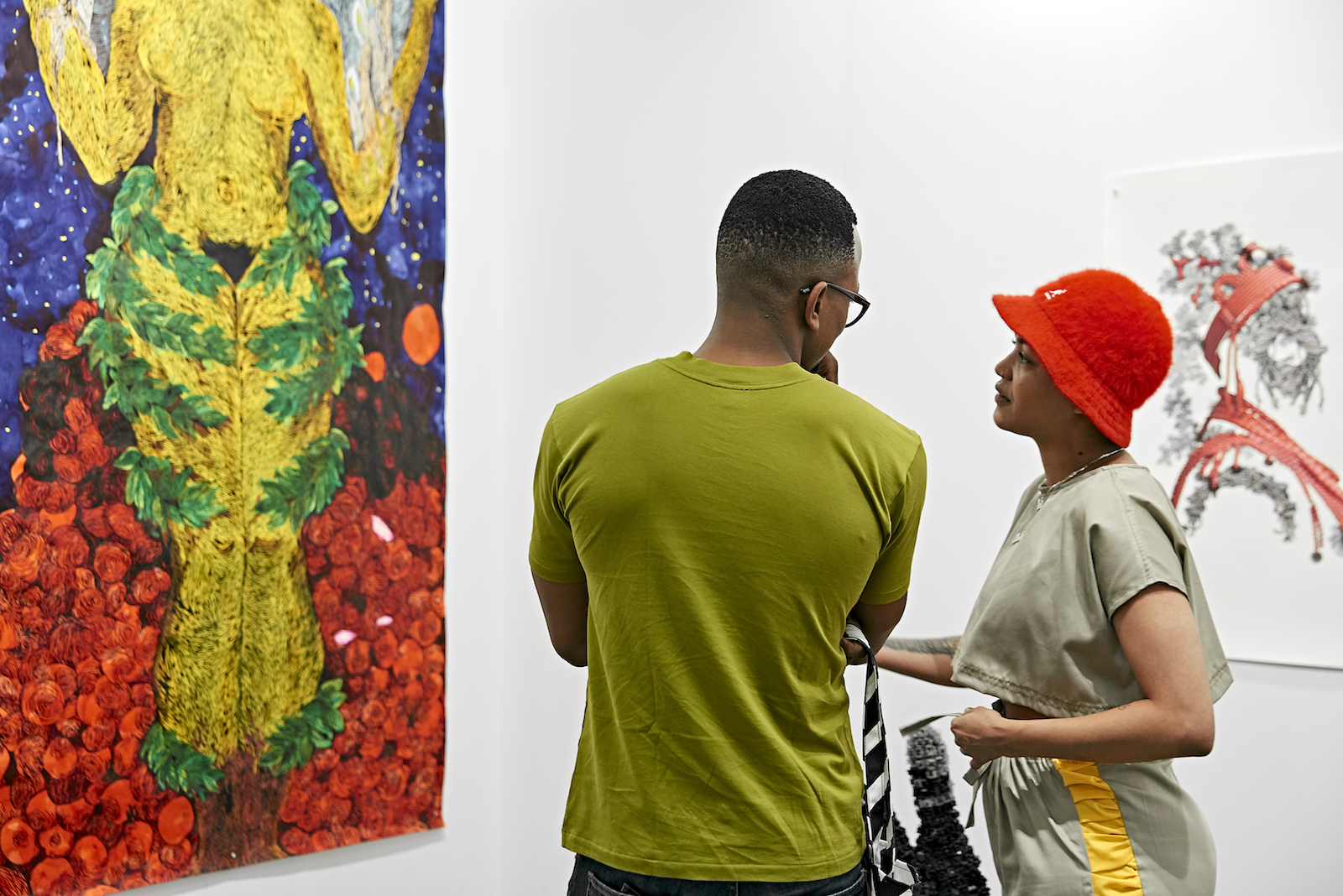 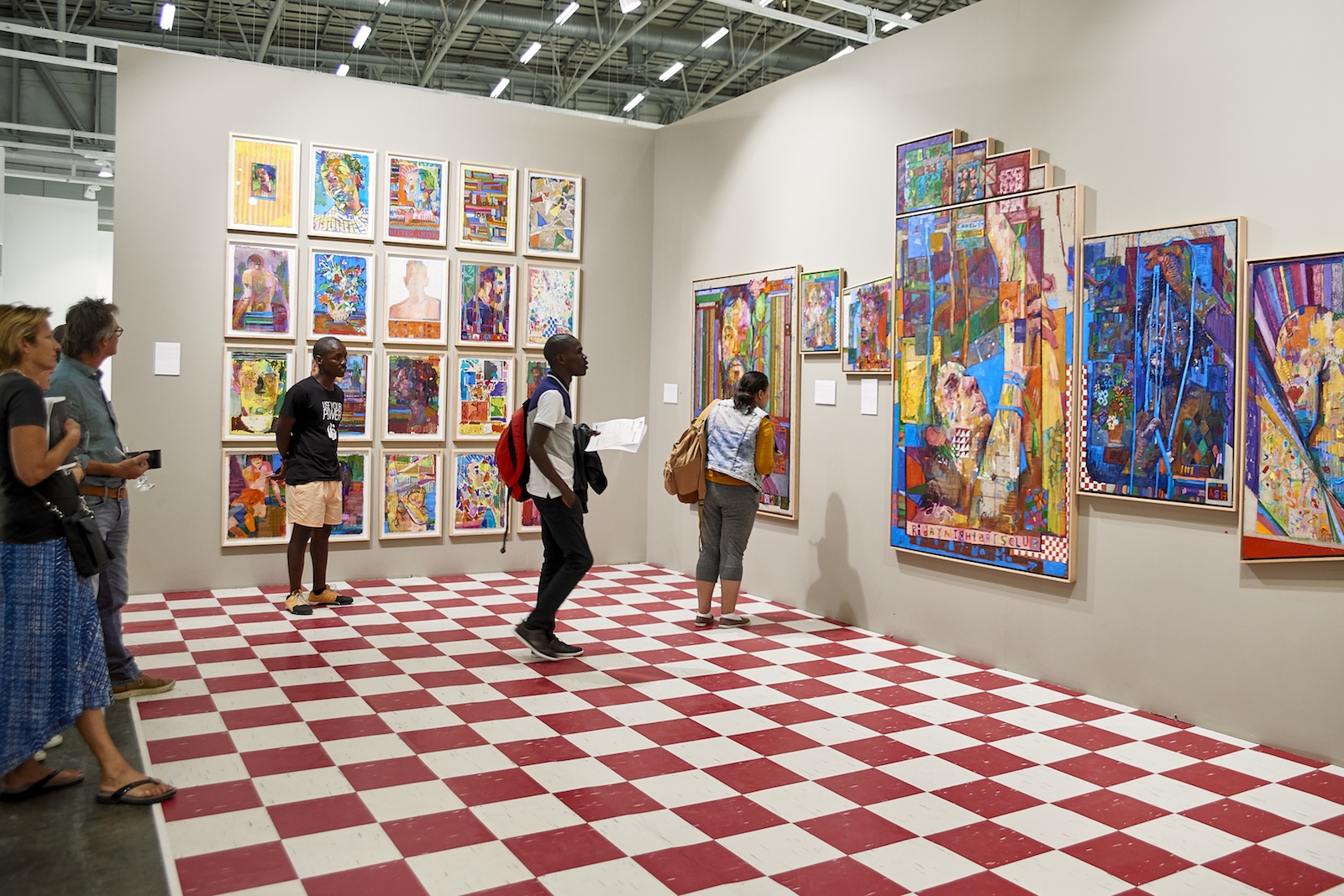 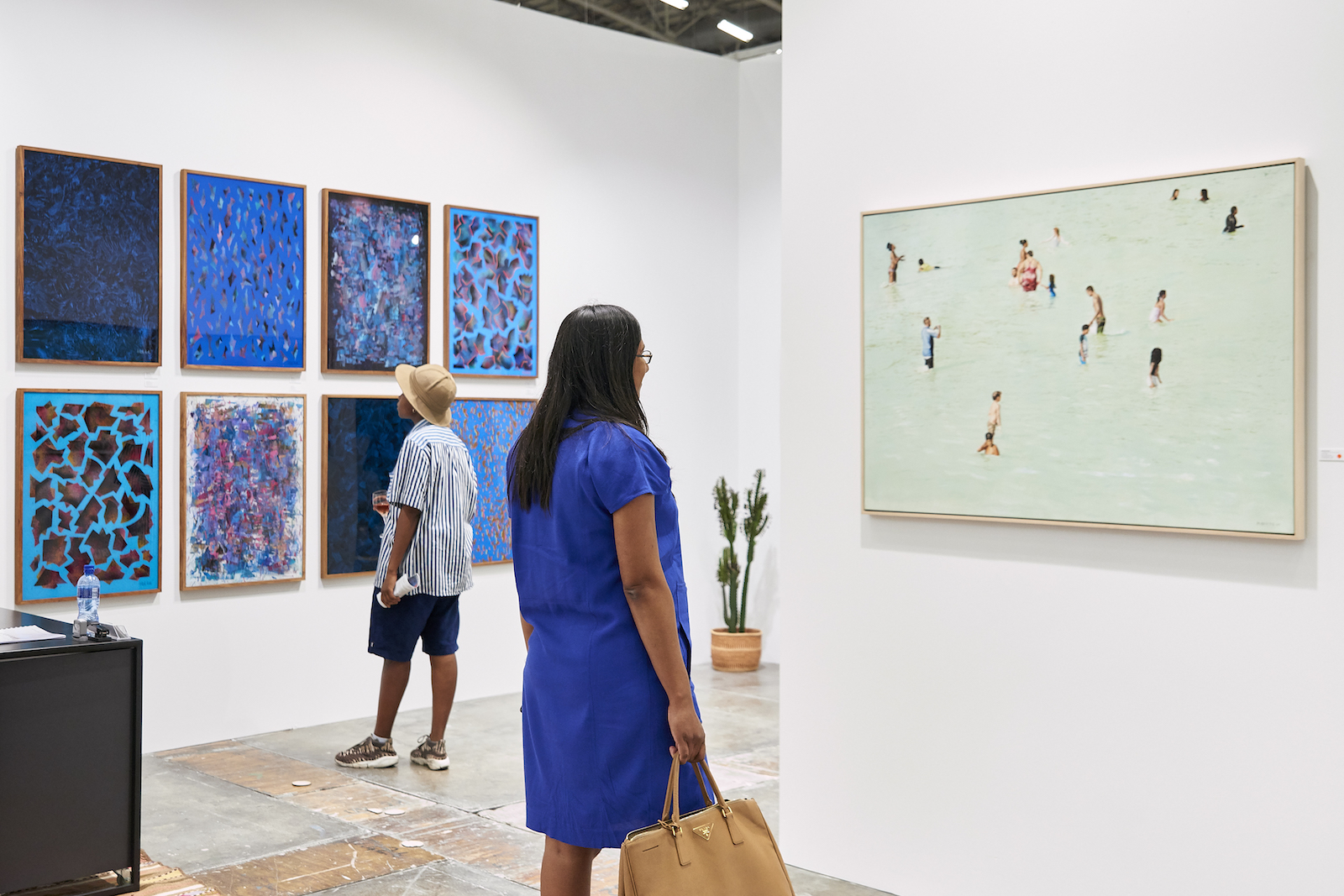 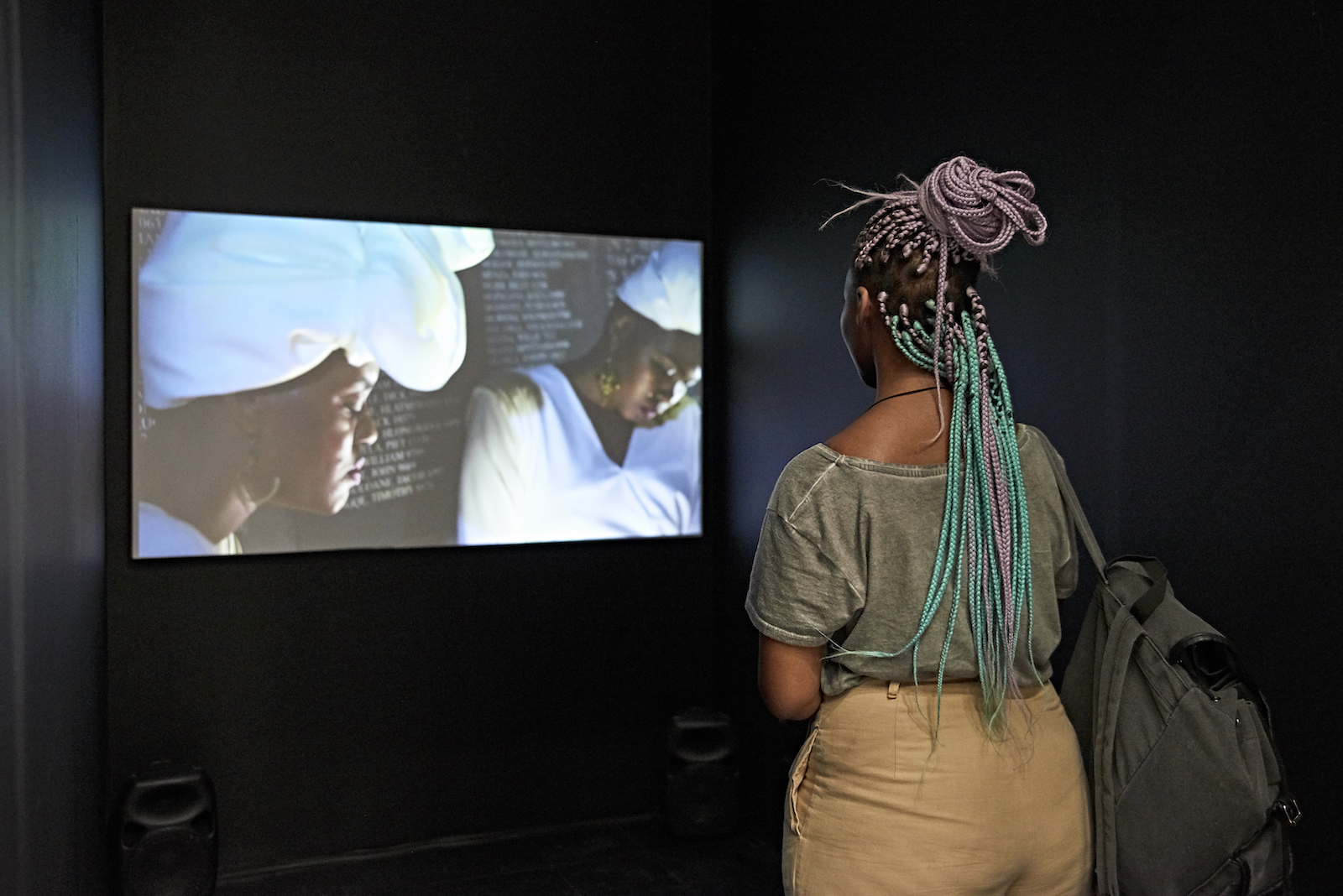 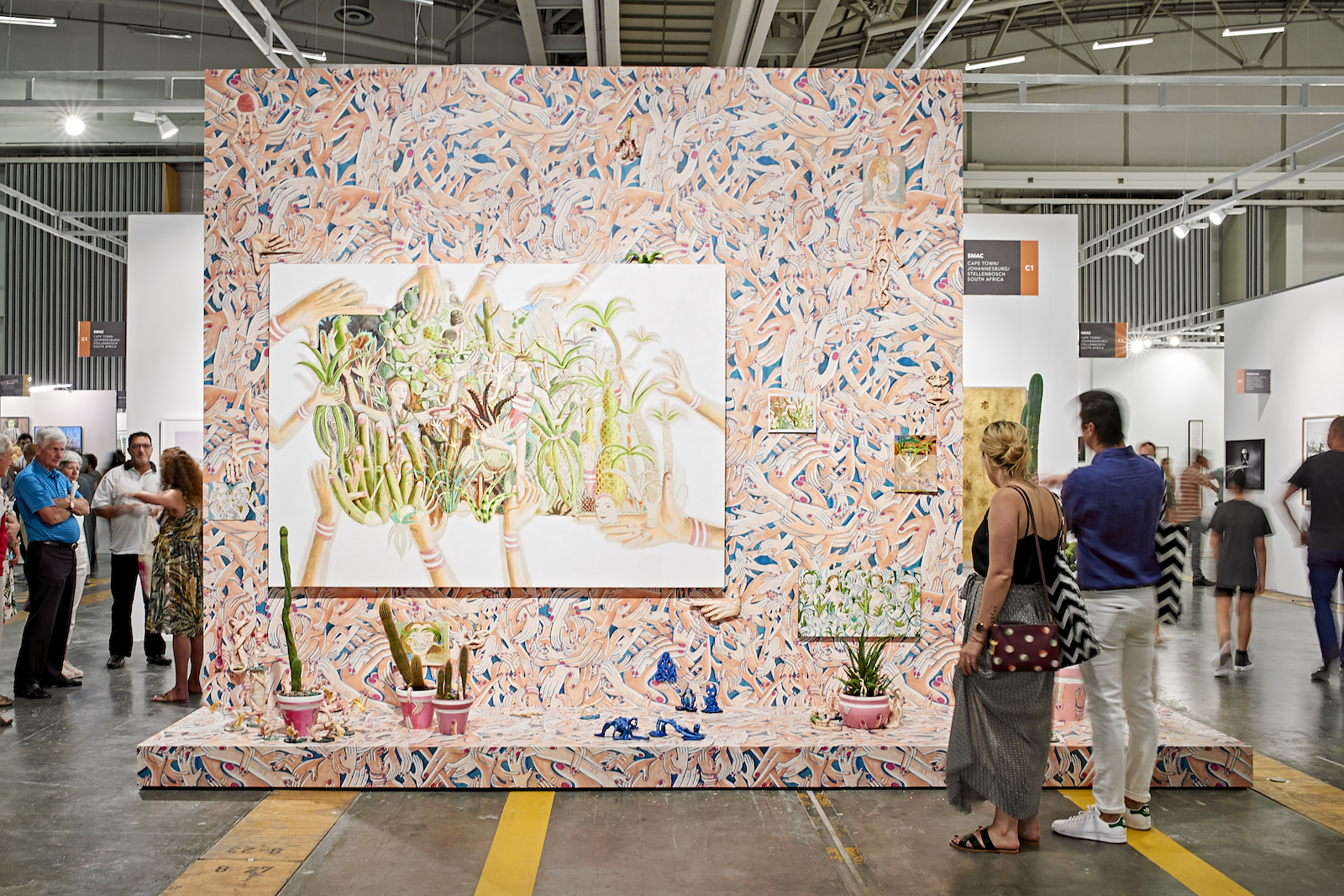 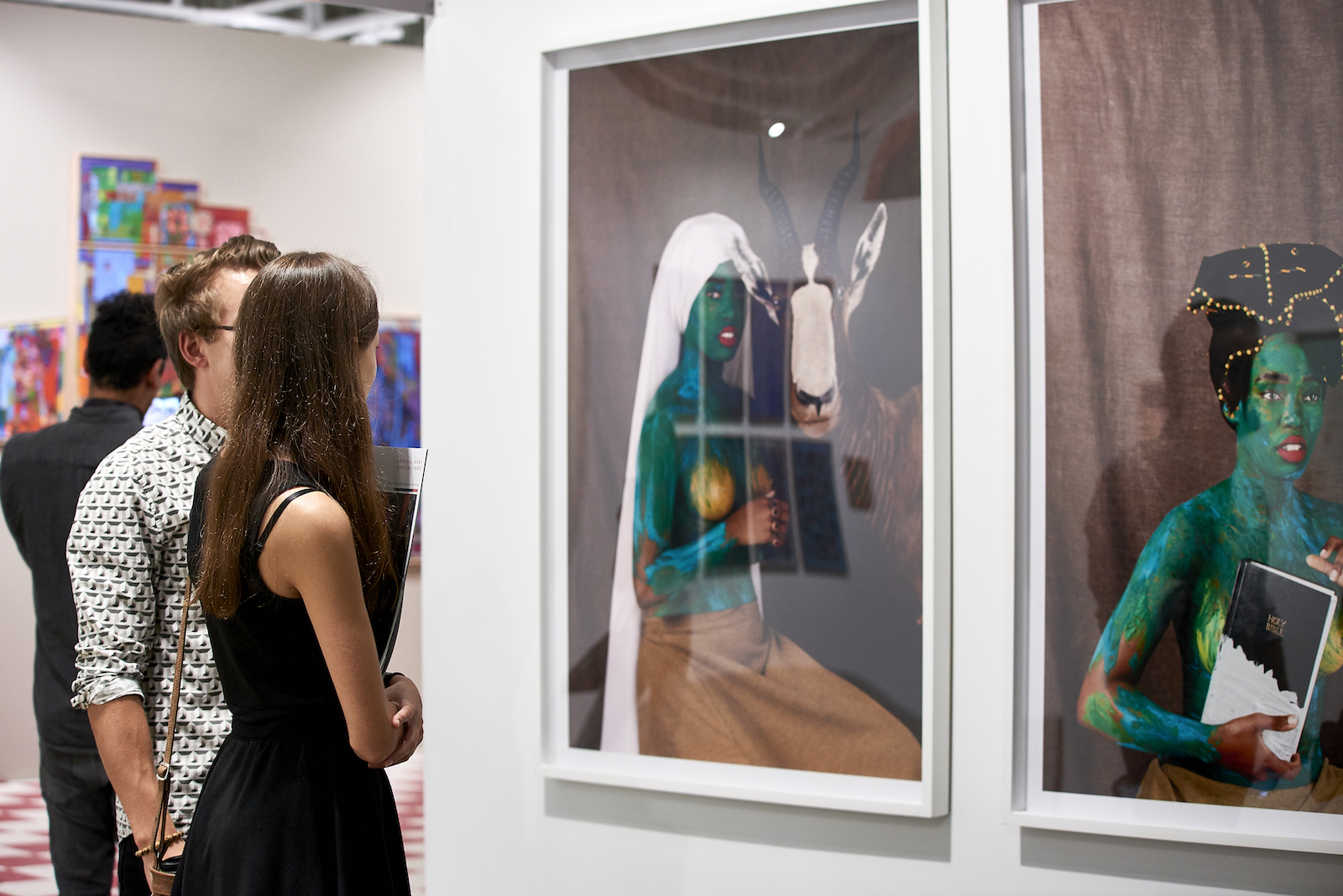