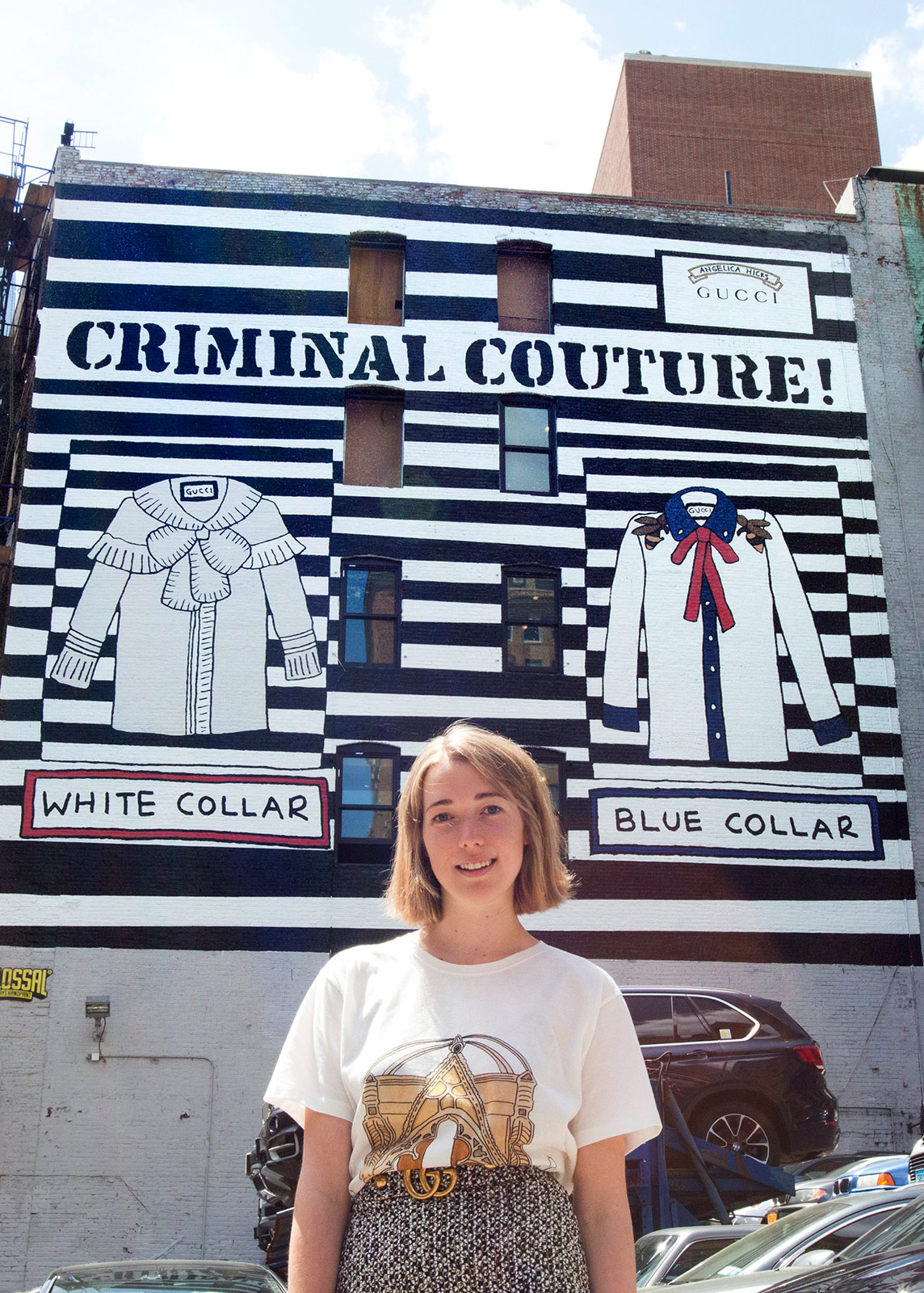 The Italian fashion house follows his creative path by collaborating with young British illustrator Angelica Hicks. Seduced by the eccentricity and the ironic creativity that the artist plays with in her diverse illustrations, Gucci’s creative director Alessandro Michele decided to imagine a new multifaceted art project that goes against the brand’s usual codes and aesthetics.
After having discovered the illustration talent on her Instagram account, Gucci’s creative director Alessandro Michele decided to collaborate with Angelica Hicks in order to conceive a limited edition T-shirt collection featuring her works. Indeed, the Italian house proves once again how creative is this year for them by celebrating this new collaboration, which steps aside from what Gucci is famous for.

The collection includes eleven unisex tees featuring Hicks’ illustrations that divert Gucci’s codes and aesthetics by spotlighting humorous depictions of freaks and geeks as well as British singer Florence Welch. Only a hundred of each style will be available at Gucci’s online store in the United States and Europe from May 25th. The T-shirts will each be parcelled in a vintage-style metal box, displaying the same tongue-in-cheek illustration as the garment inside.

To celebrate this latest collaboration, Gucci has also unveiled two stupendous hand-painted murals made by the artist: one at Lafayette Street in New York City’s Soho neighbourhood, and the other at Milan’s Largo la Foppa, in the popular Corso Garibaldi area. Moreover, Angelica Hicks has created an exclusive Snapchat geo-filter only available in the area around the artwork in New York City to make the project step up. 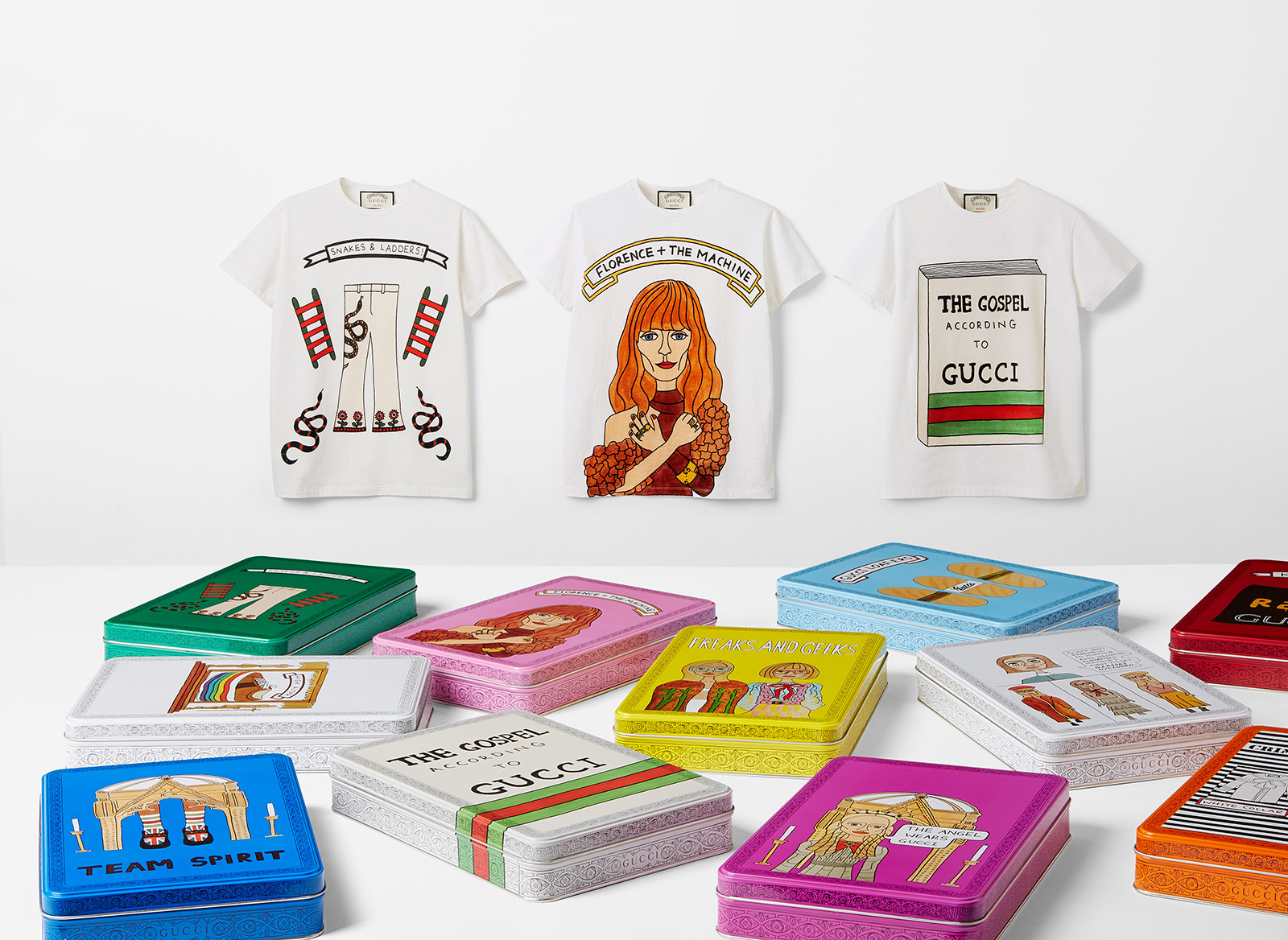 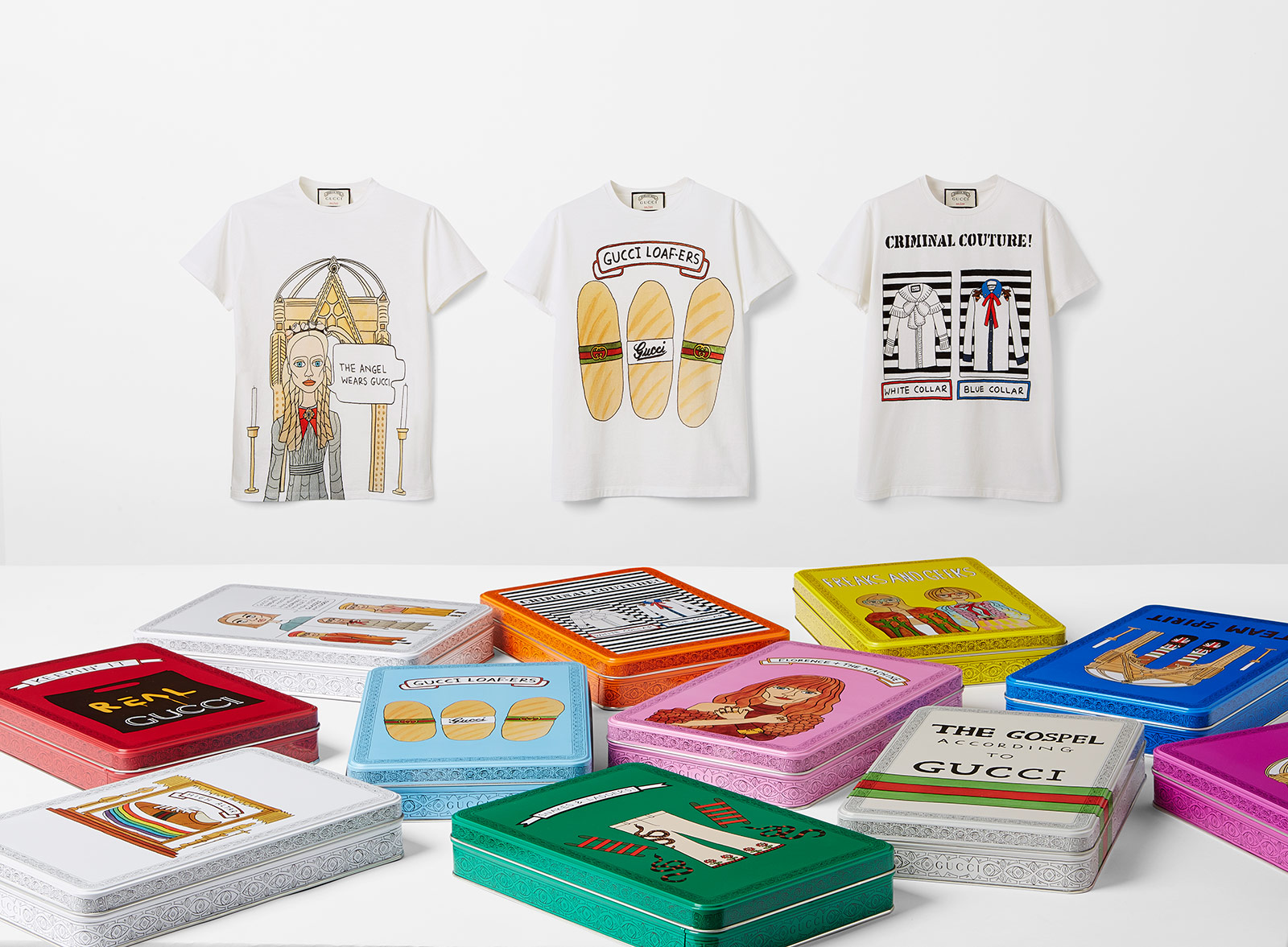 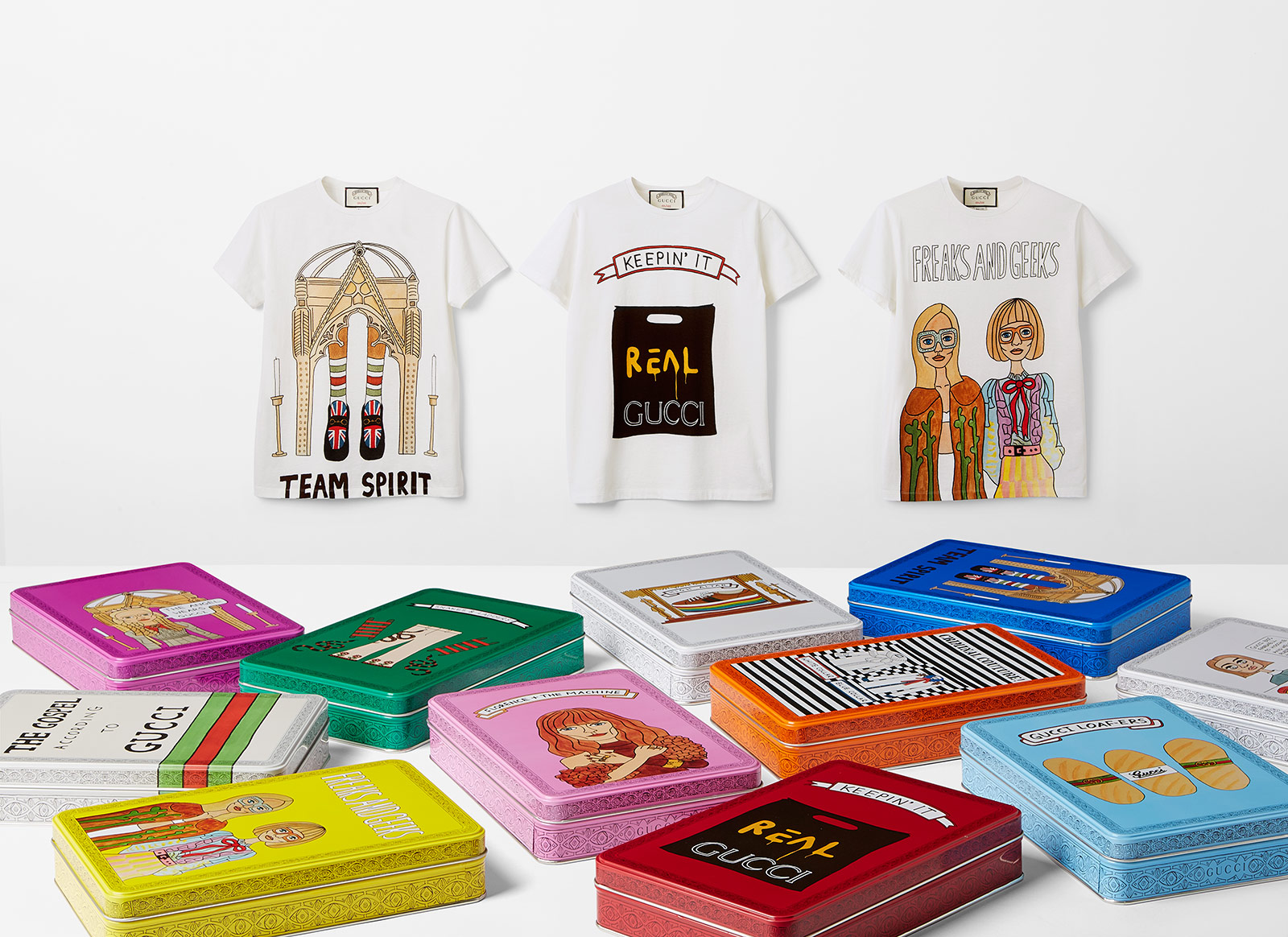 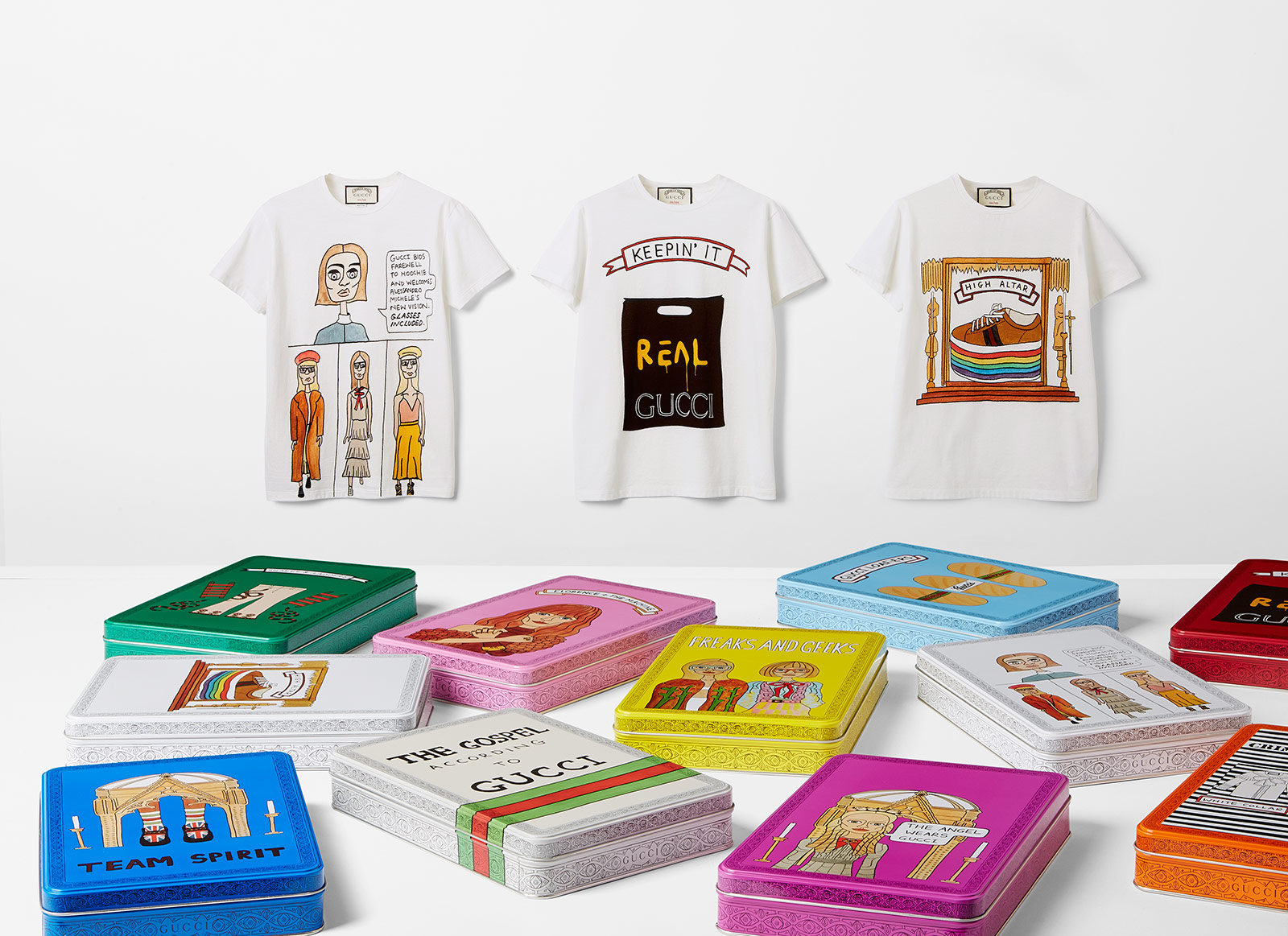 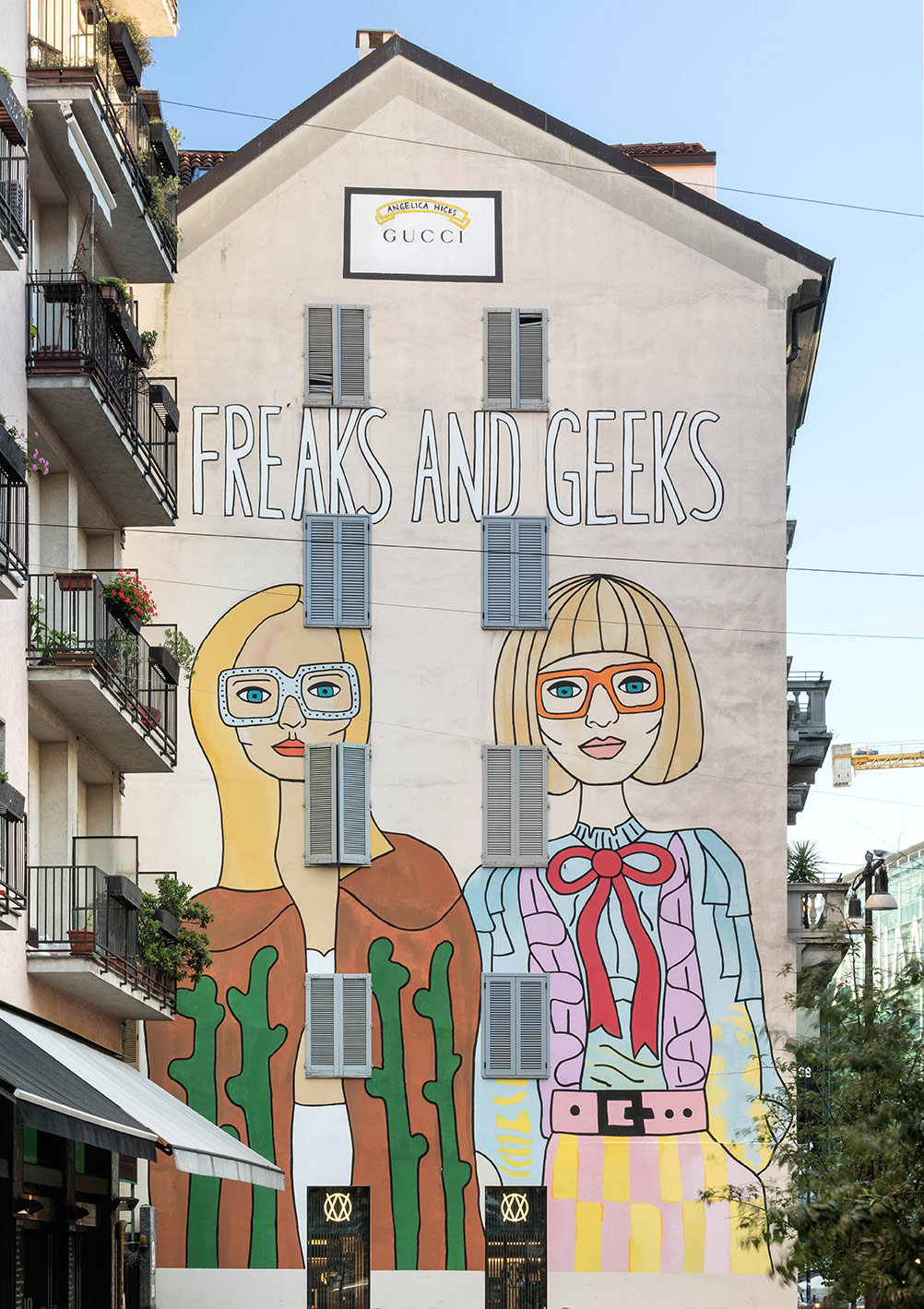