To release what was constrained 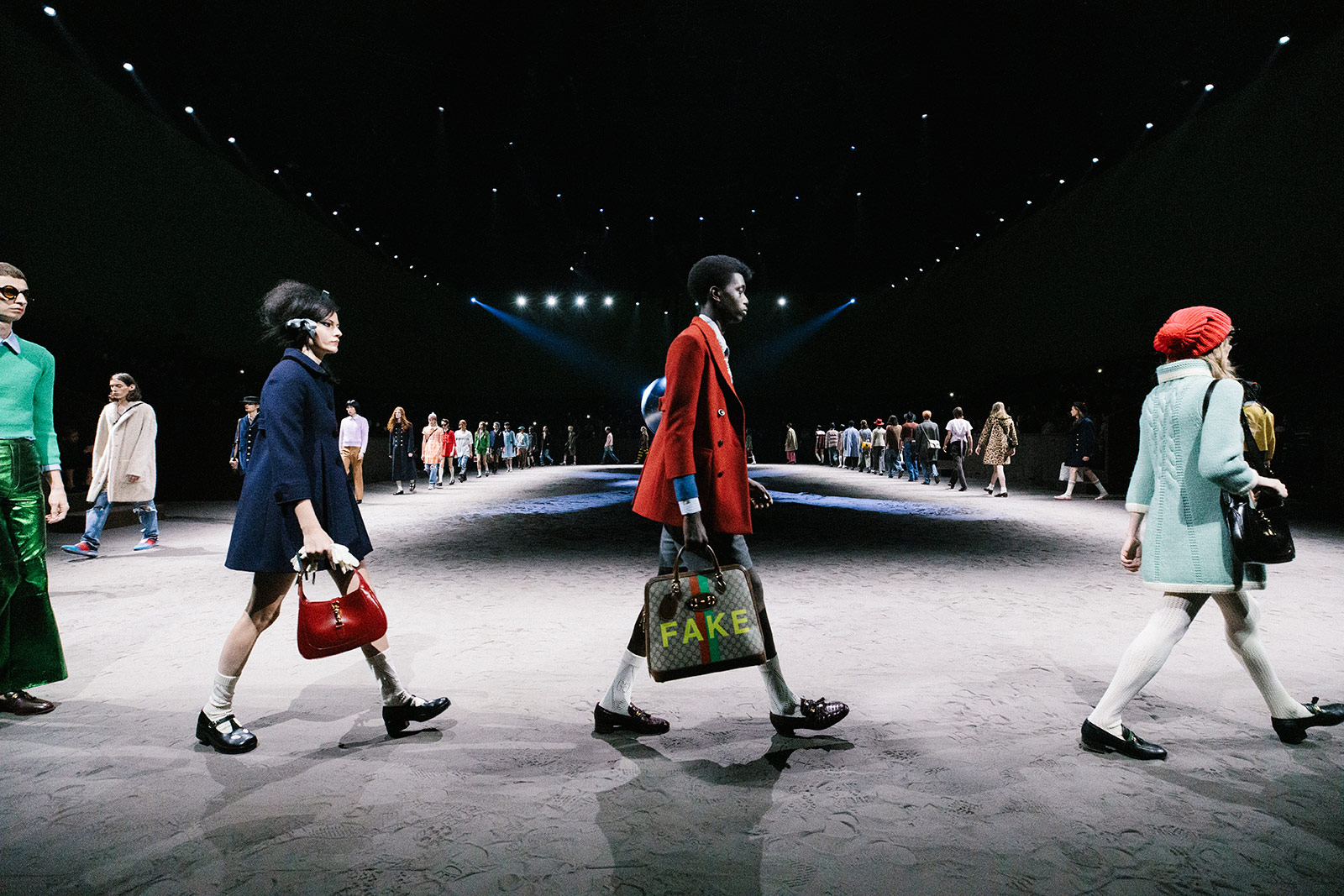 Milan’s spectacular Palazzo Delle Scintille witnessed one of the season’s most celebrated fashion shows: Gucci. The Italian house has lived a boom/renaissance since Alessandro Michele took its reigns, and for Men’s Fall/Winter 2020 season, he celebrated that personal milestone: his fifth anniversary as Gucci’s creative director. With a massive pendulum tick-tocking and later swinging, Michele presented a ‘back-to-the-childhood’ collection to deconstruct and rethink the idea of masculinity.
“In a patriarchal society, masculine gender identity is often moulded by violently toxic stereotypes”, reads the show note. “A dominant, winning, oppressive masculinity model is imposed on babies at birth”, it continues, concluding that “any possible reference to femininity is aggressively banned” and that “attitudes, languages and actions end up progressively conforming to a macho virility ideal that removes vulnerability and dependence.” Indeed, we see it every day, everywhere. Making a commentary on this standard model of masculinity that results in toxic behaviours, Michele played with the idea of de-learn and re-learn by taking men back to their childhood years – hence the pendulum –, those where our understanding of the world and our surroundings is moulded, instead of playing with ideas about gender fluidity or androgyny.

The collection, just like the previous one, is more toned down compared to the first ones presented by the creative director. If print-on-print-on-print and flamboyant, more-is-more looks characterized Michele’s first runway shows, the latest have been more subtle. However, Gucci’s creative director goes back to some of his favourite referents, like floral prints – especially in this collection, where he plays with the word ‘liberty’ as the meaning of freedom, the name of the print, and the name of London’s iconic shop. Other childhood-inspired pieces are the jeans, ripped on the knees or featuring greenish stains – usually from playing sports on the open field. But there are more: animal motifs, Peter Pan collars (in polo shirts and shirts), shrunken sweaters or Mary Jane shoes are an ode to the still innocent, naive past. At a time when the definition of masculine and feminine – and everything in-between or outside of them – is questioned, Alessandro Michele plays its part with a strong statement about toxicity and learnt behaviour we should leave behind. 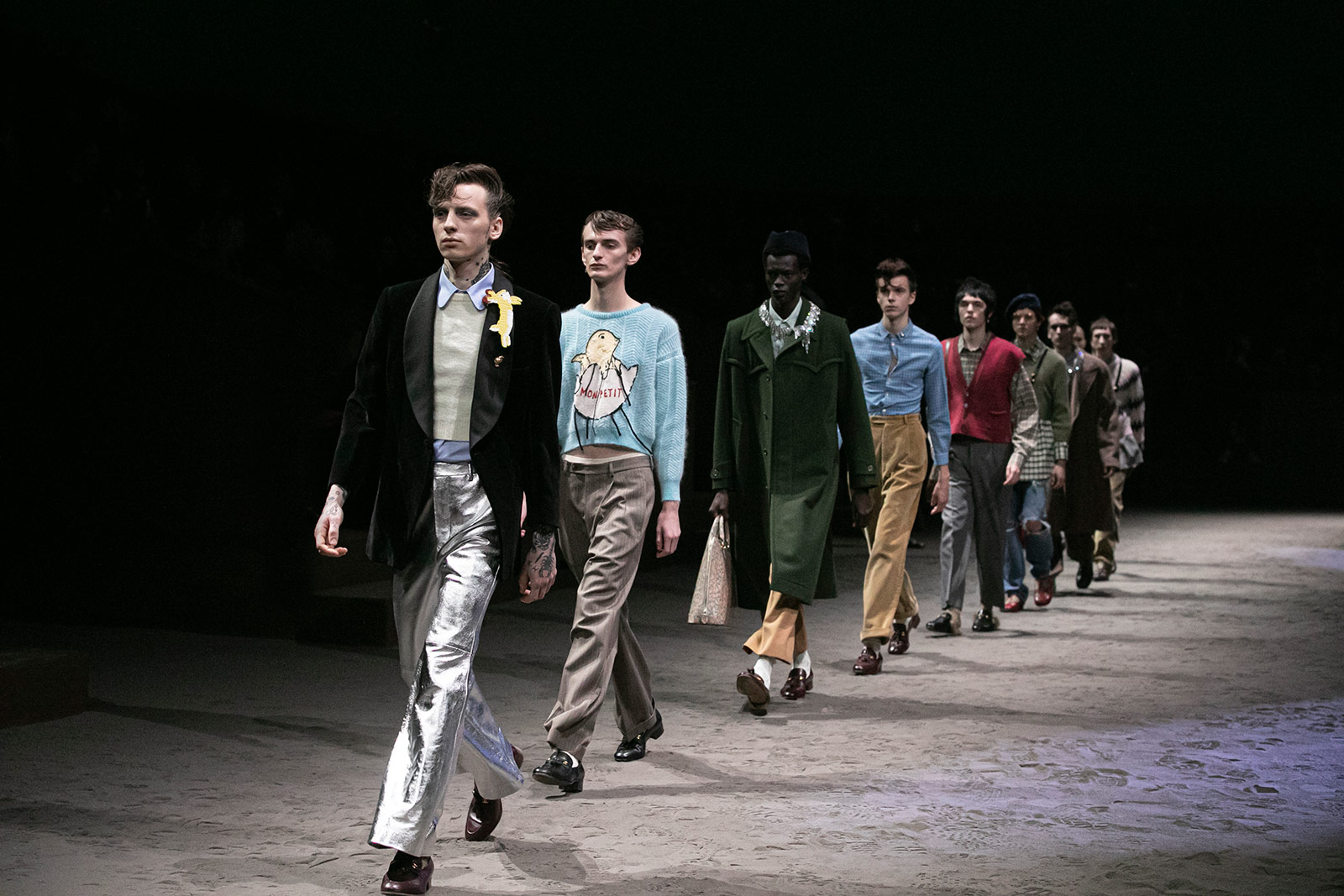 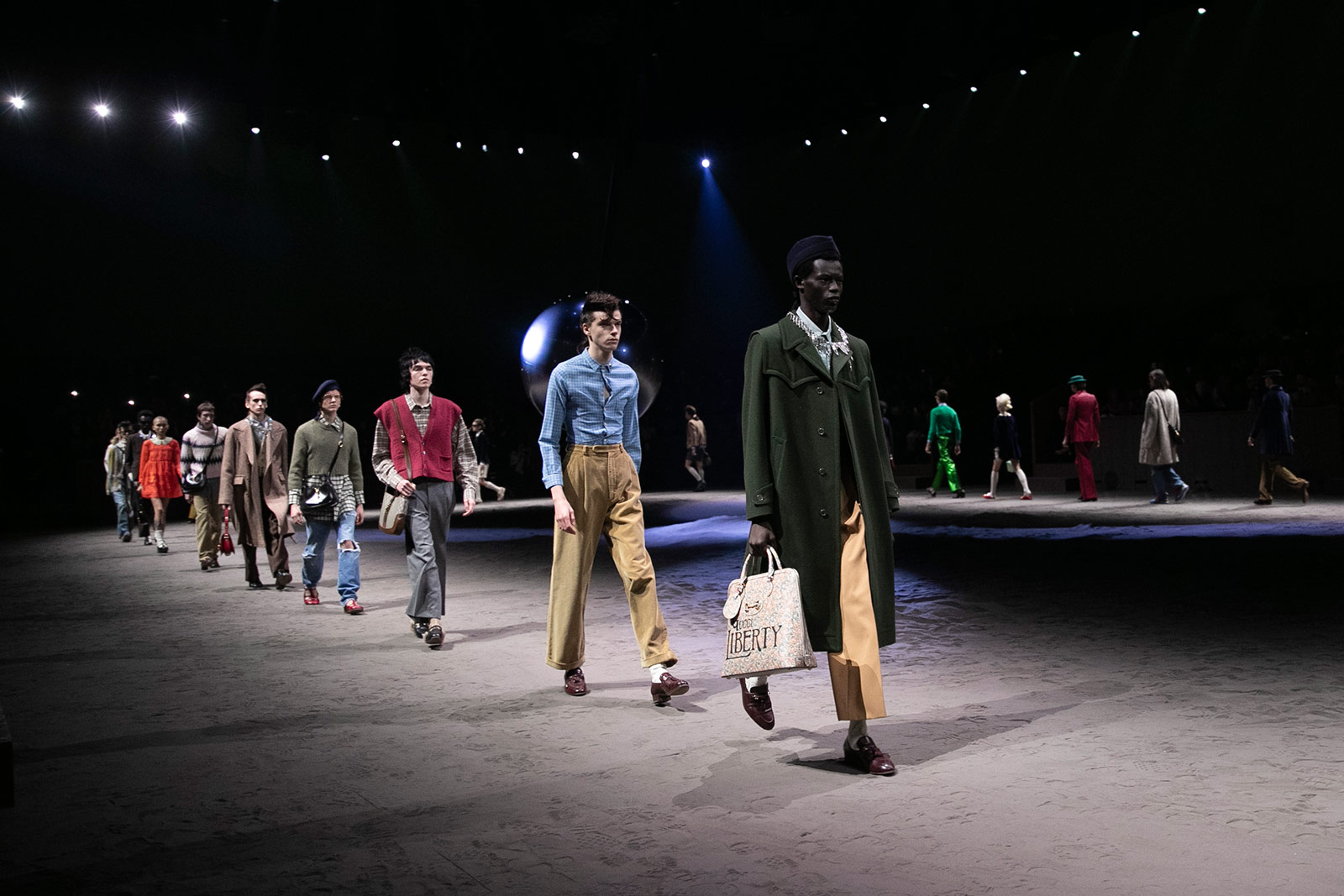 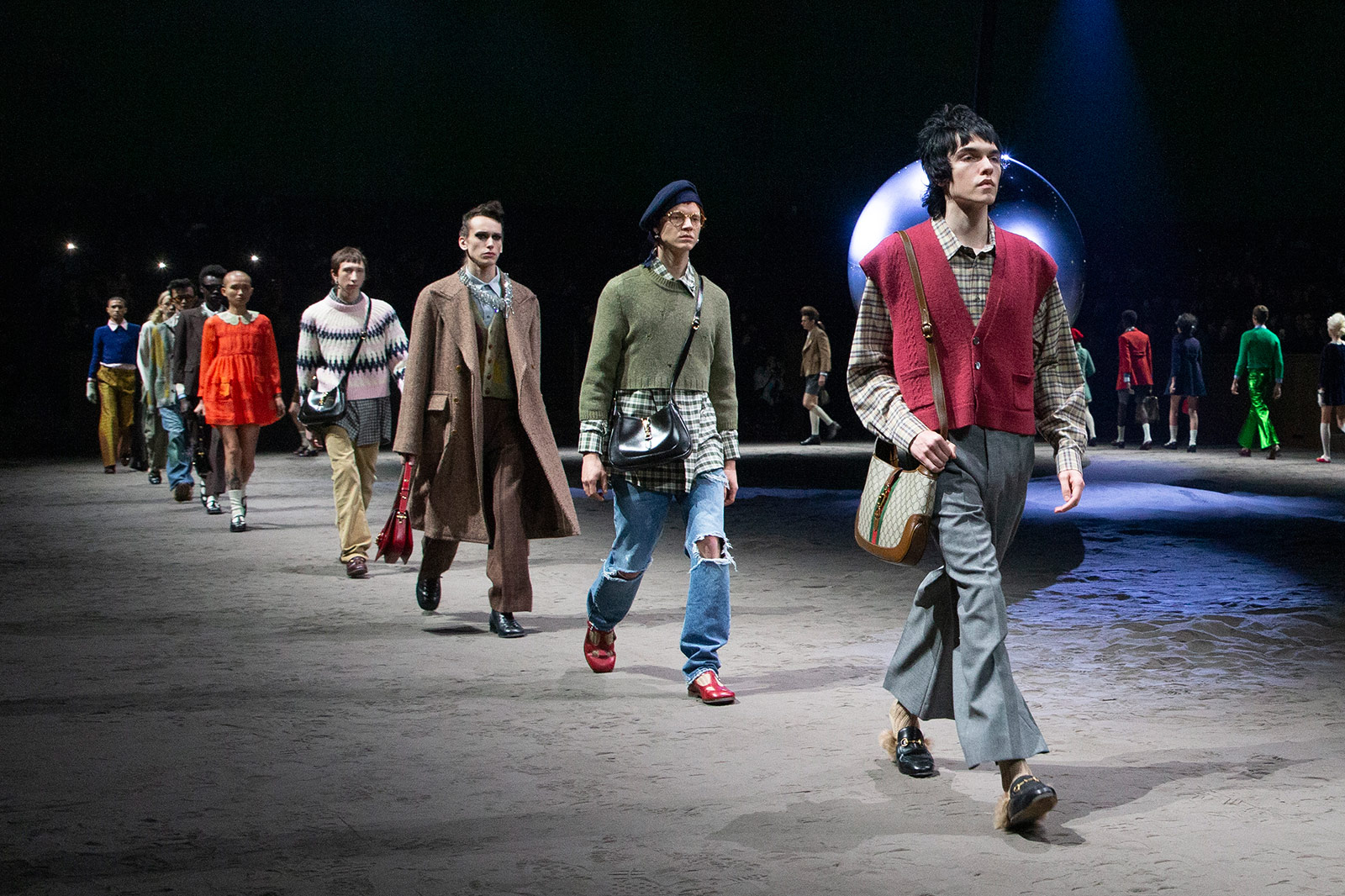 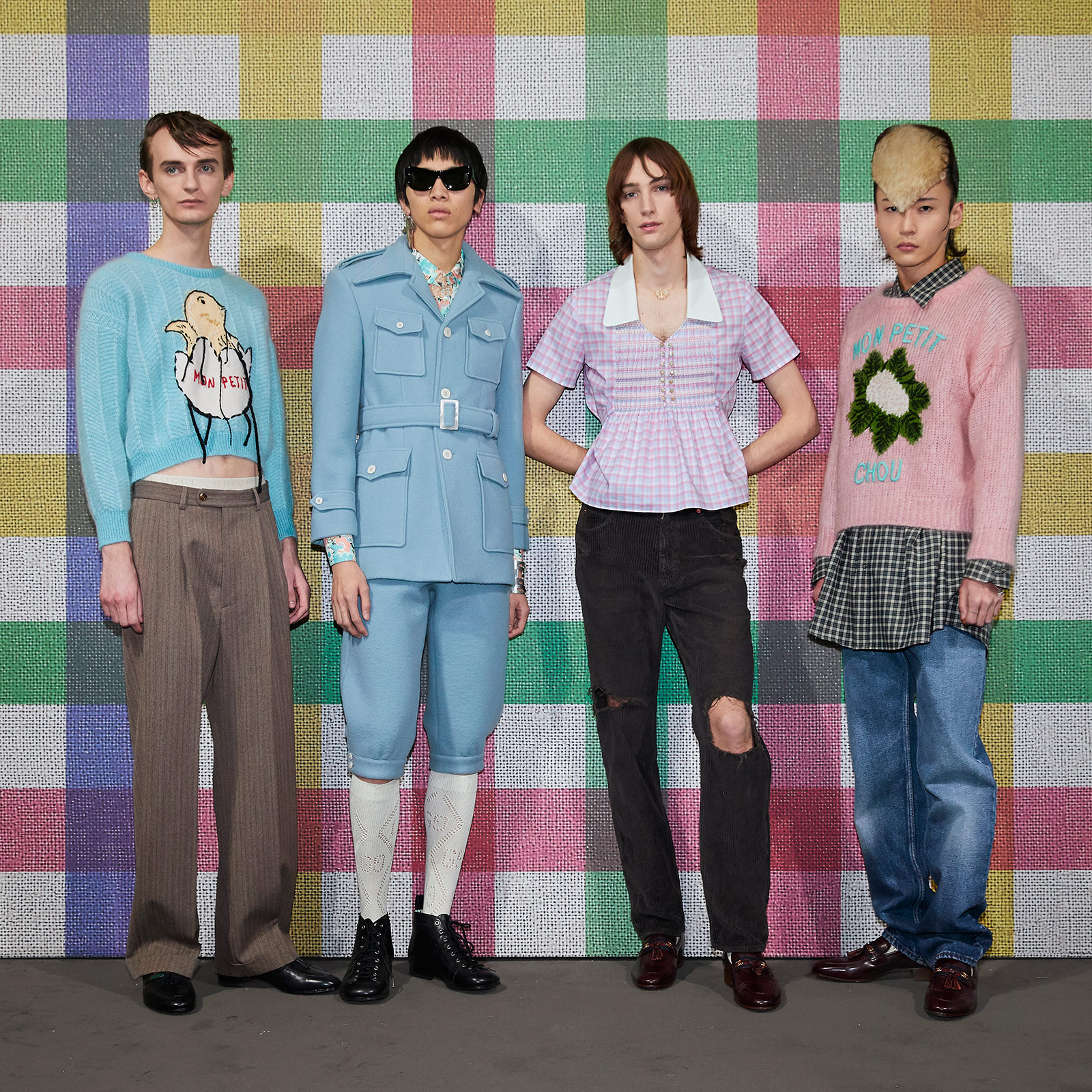 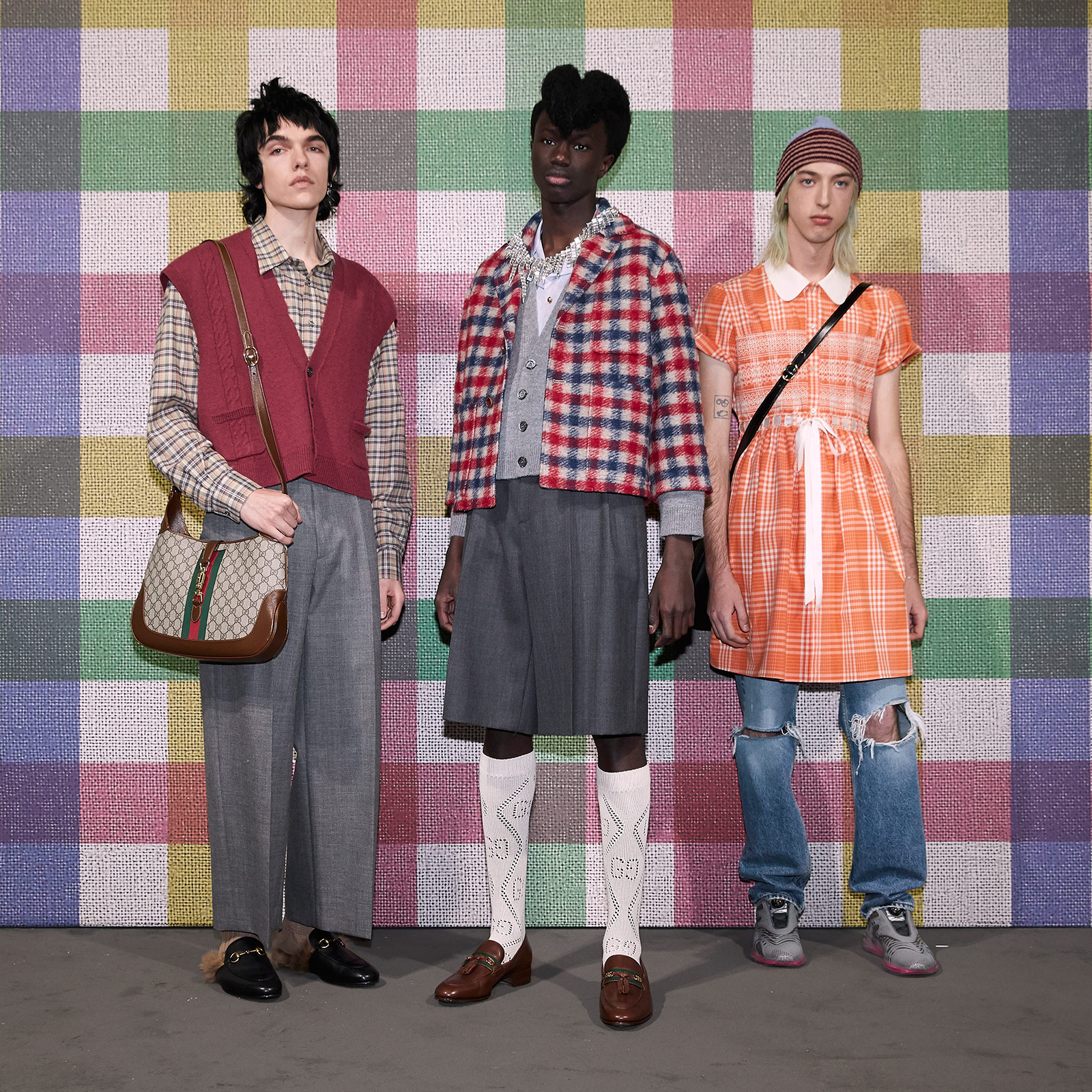 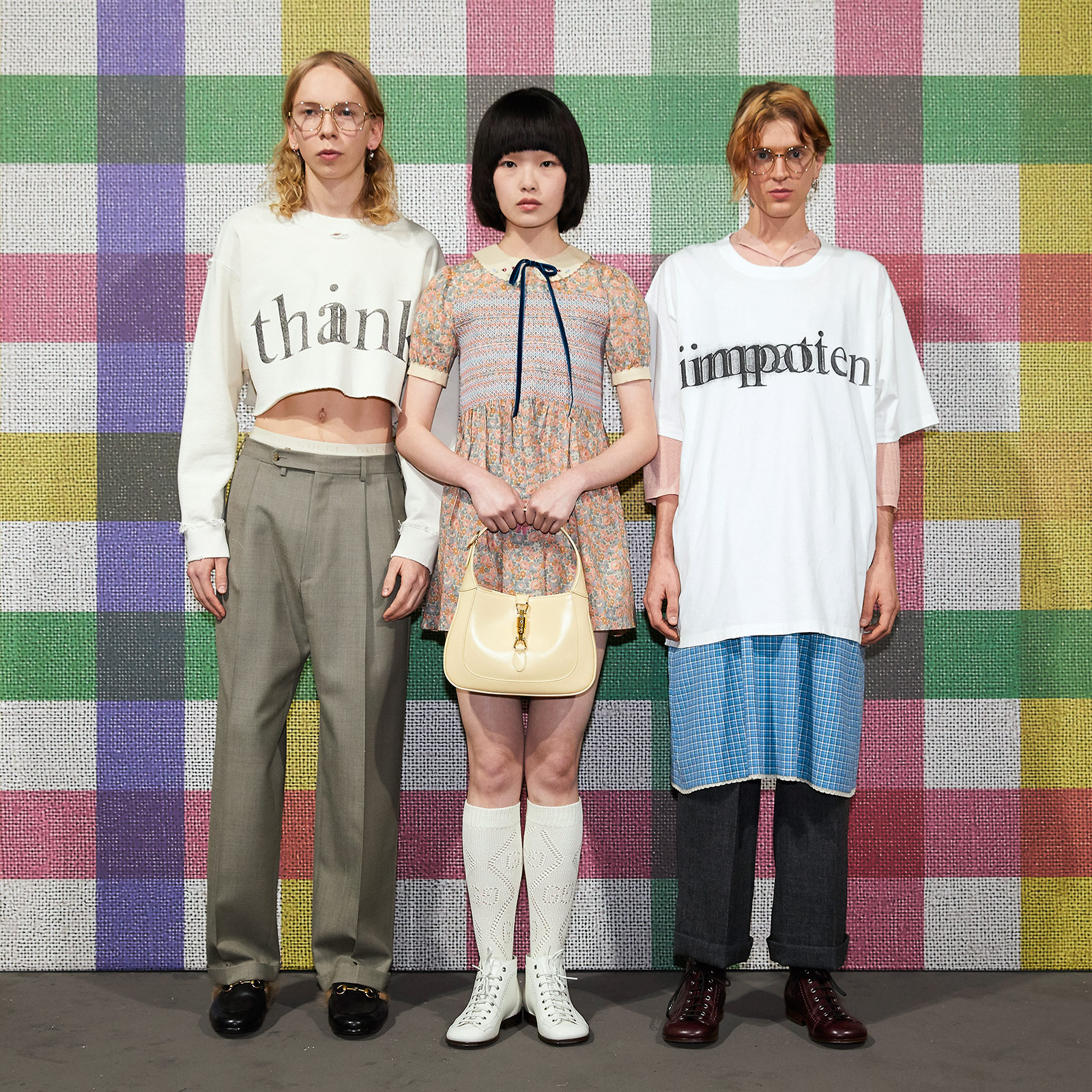 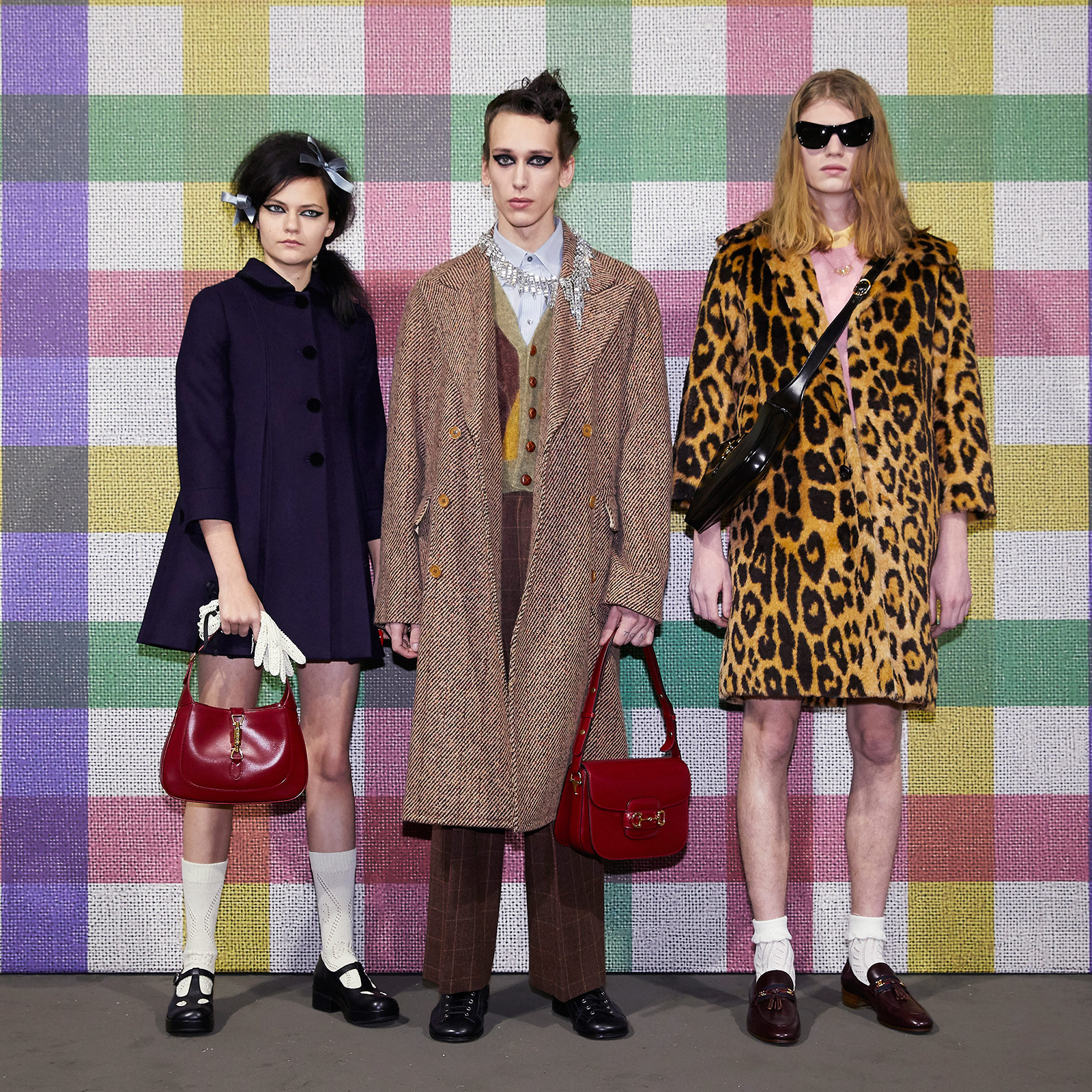 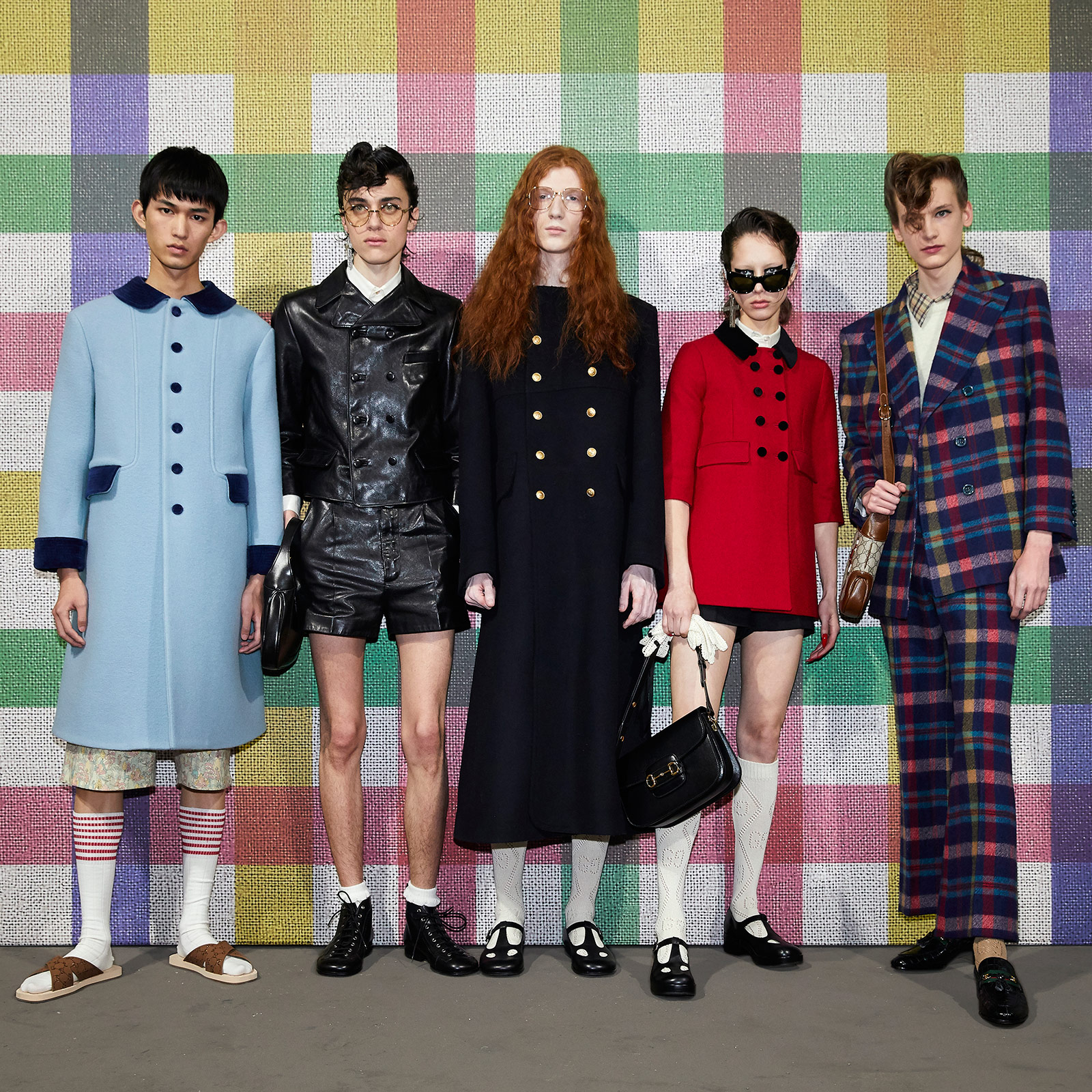 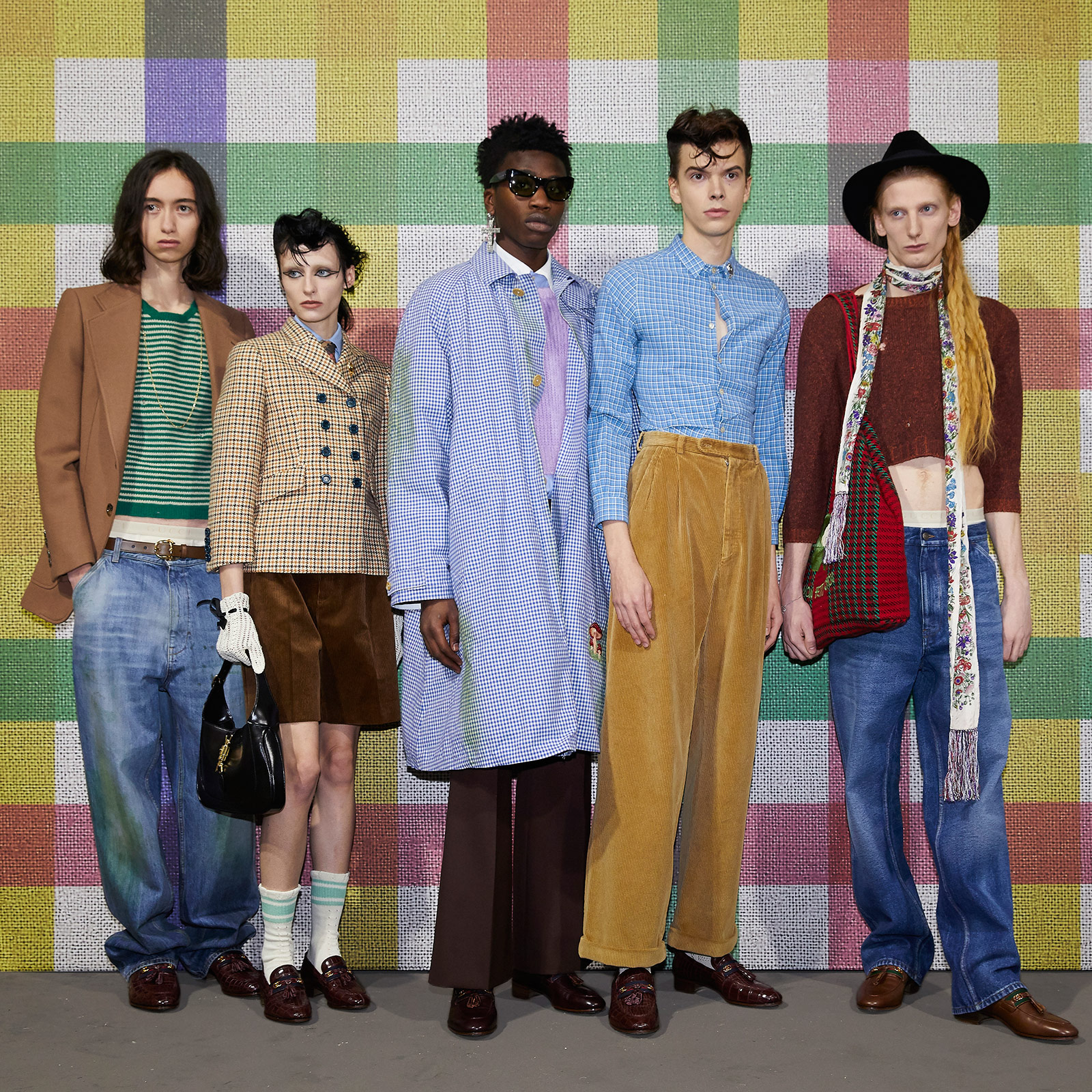 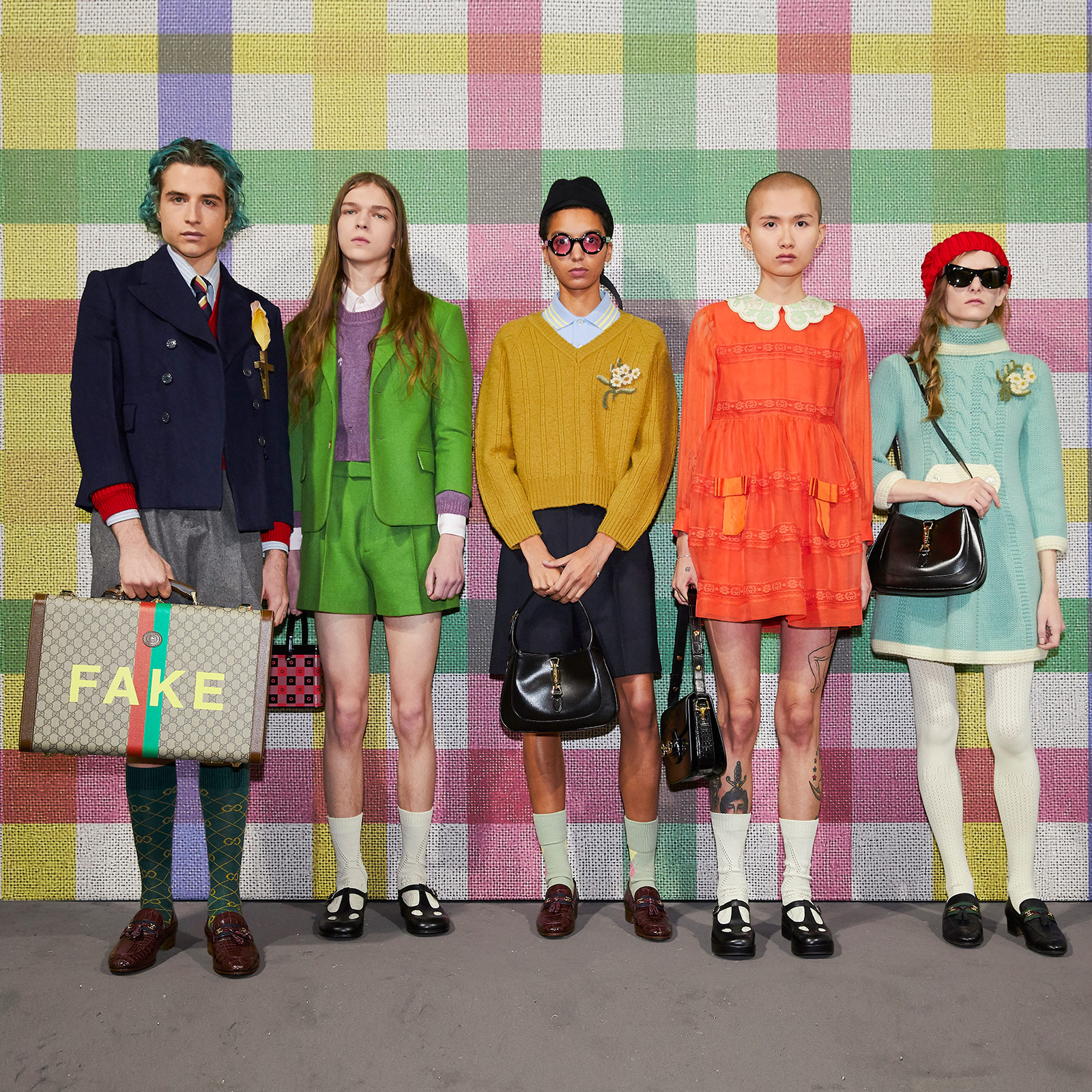 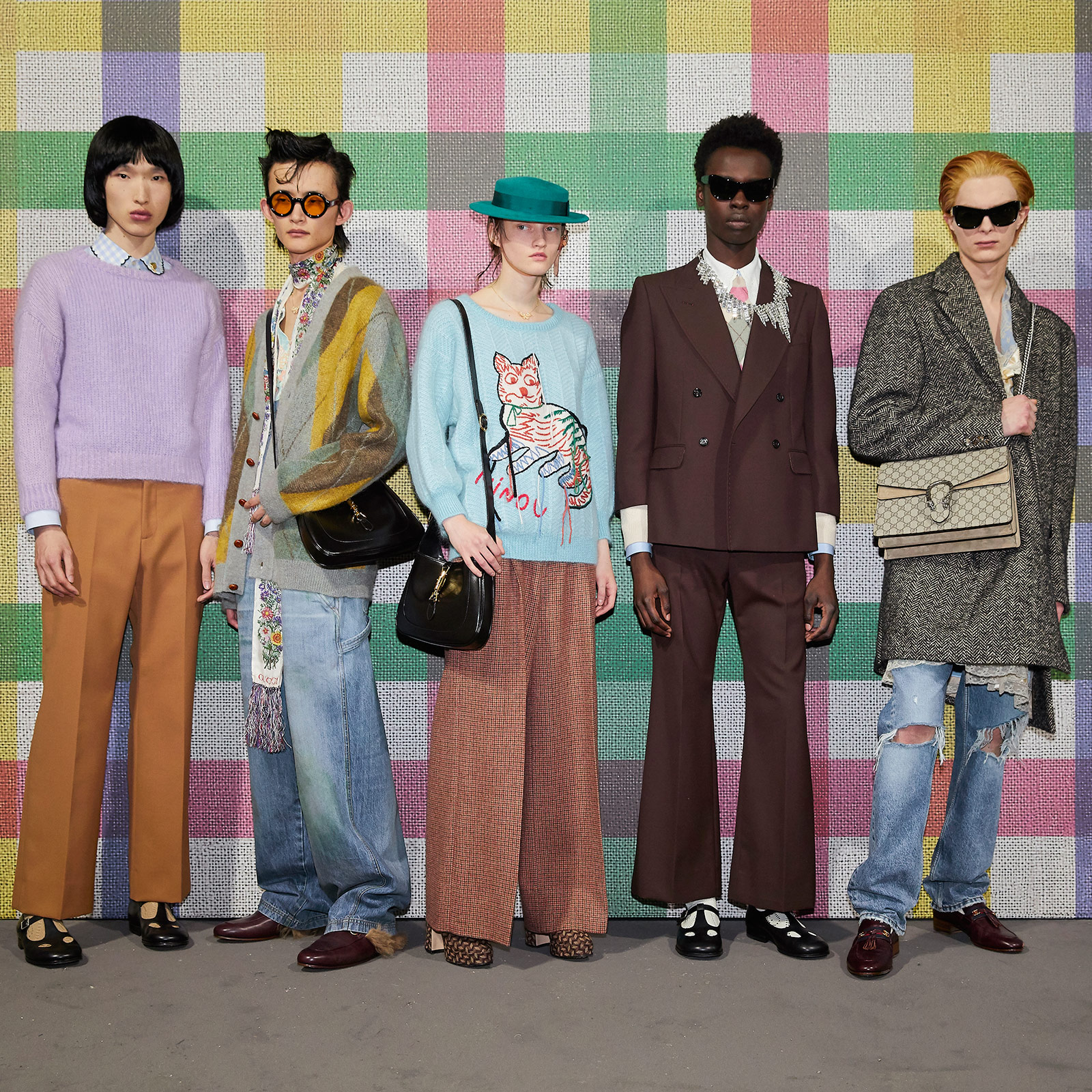 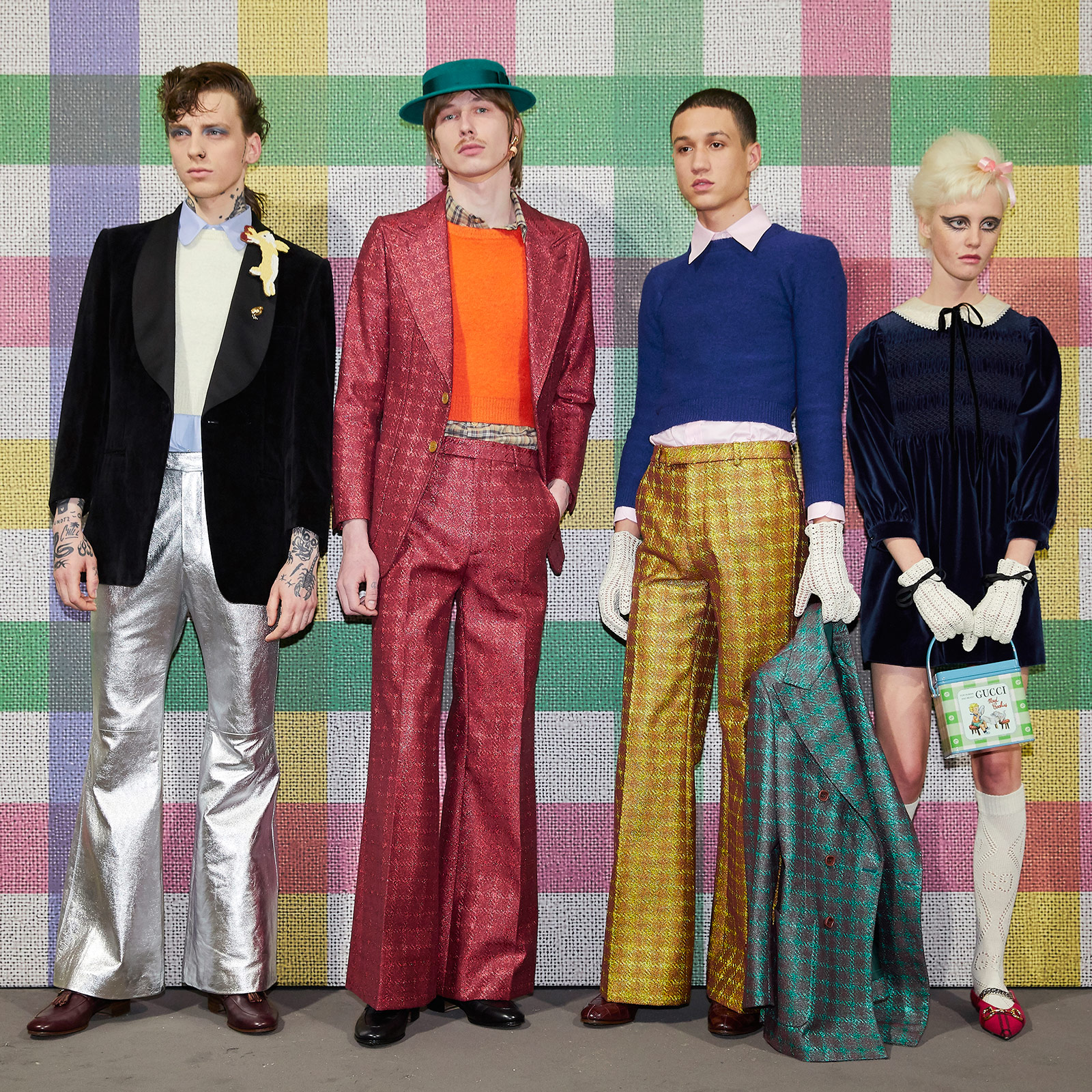 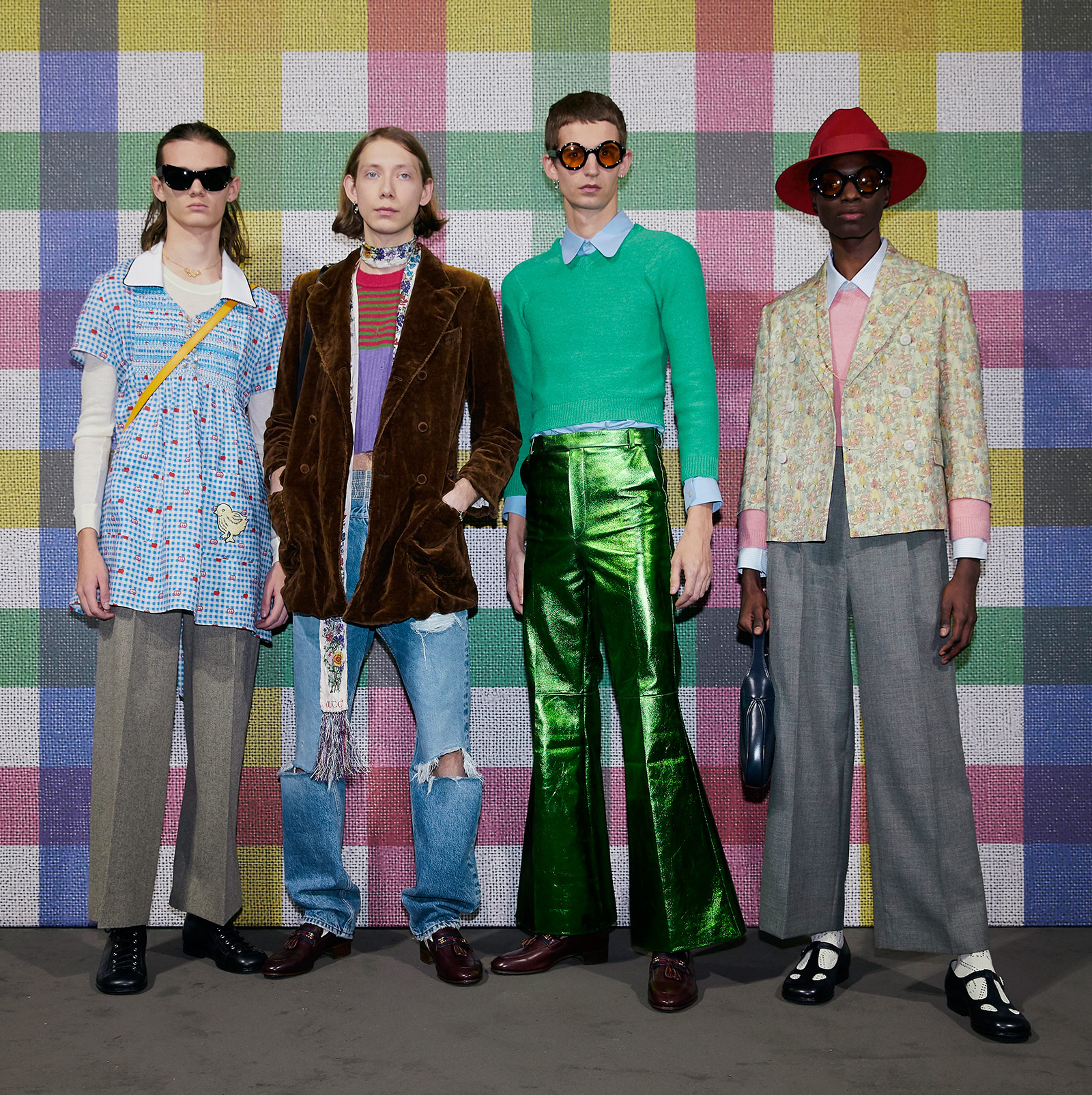 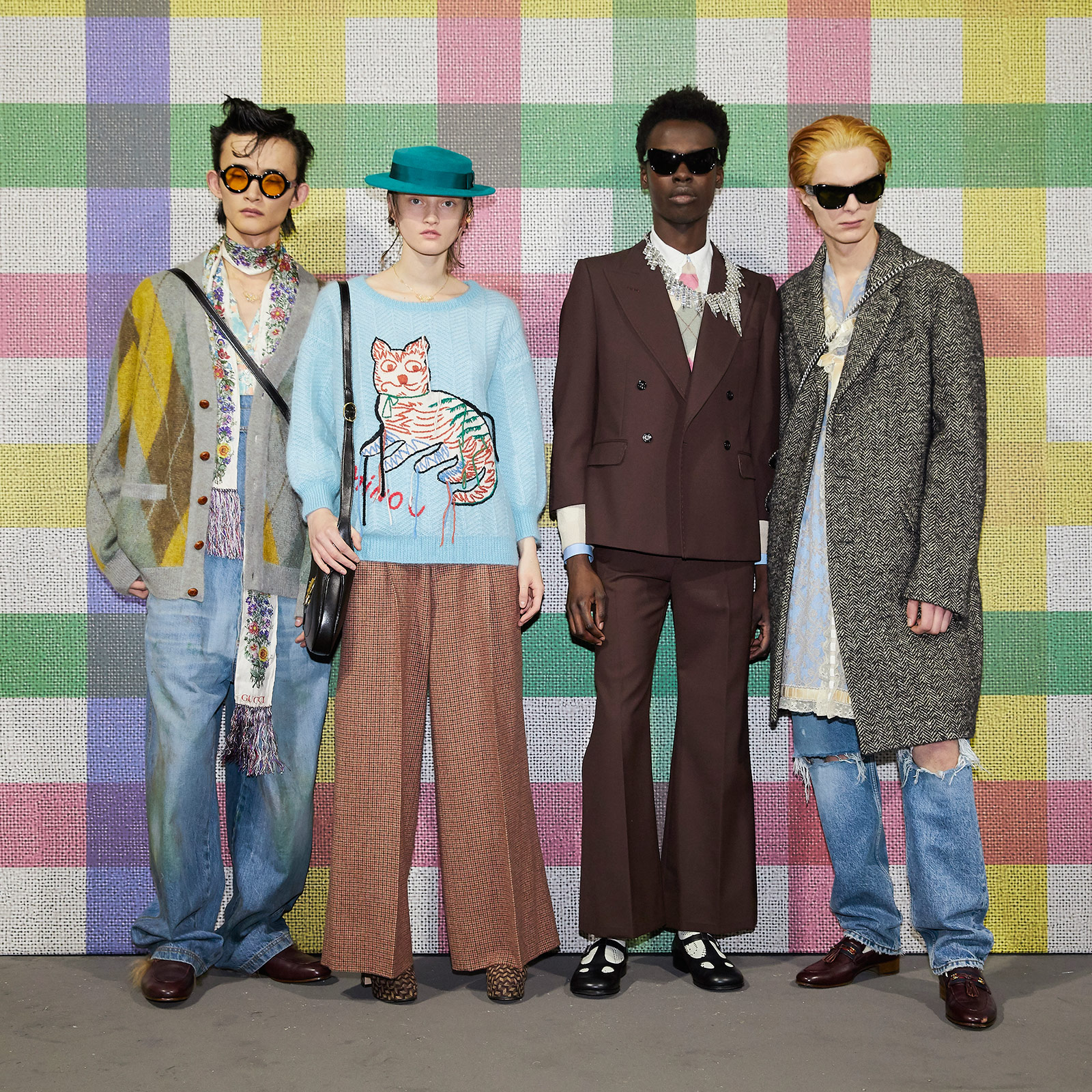 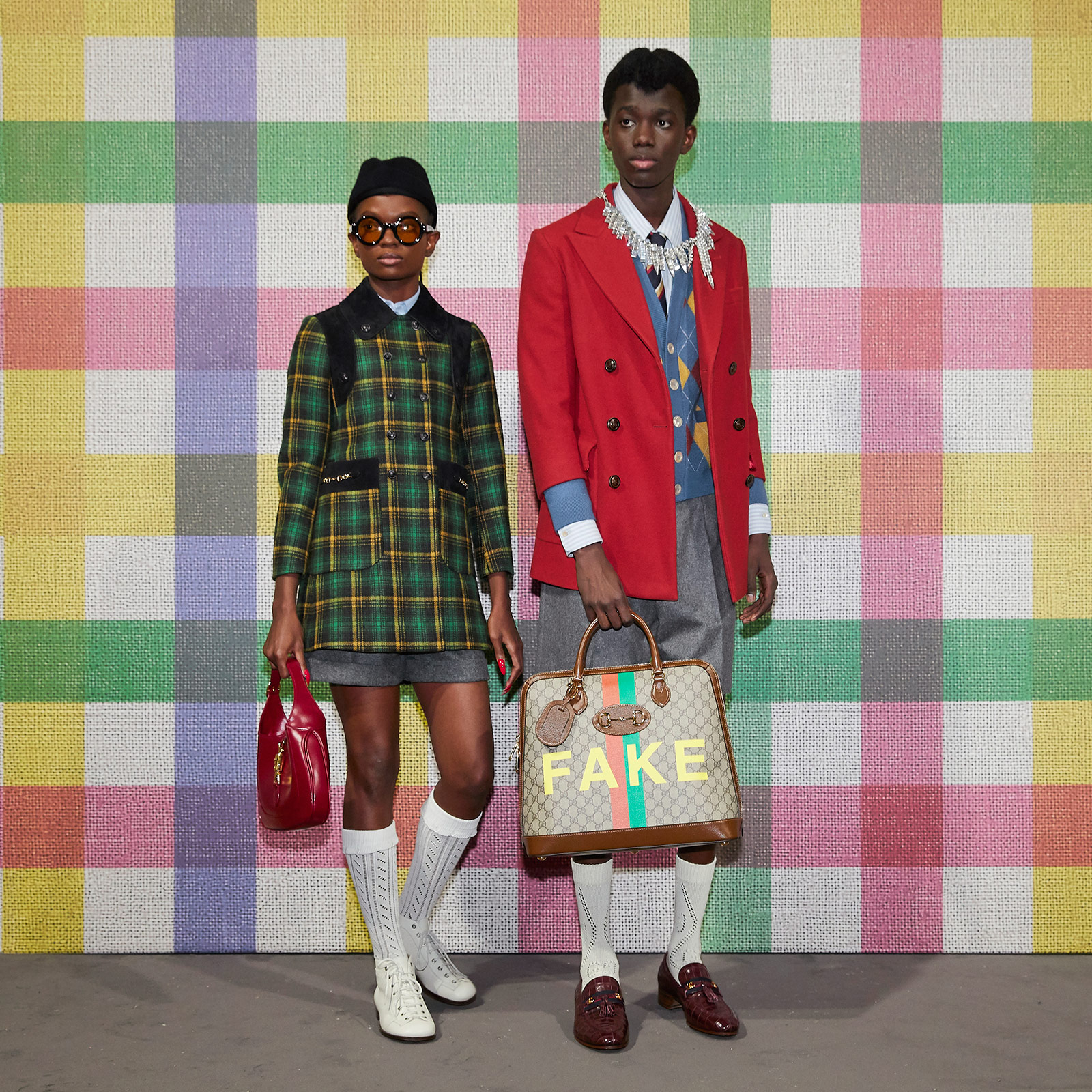 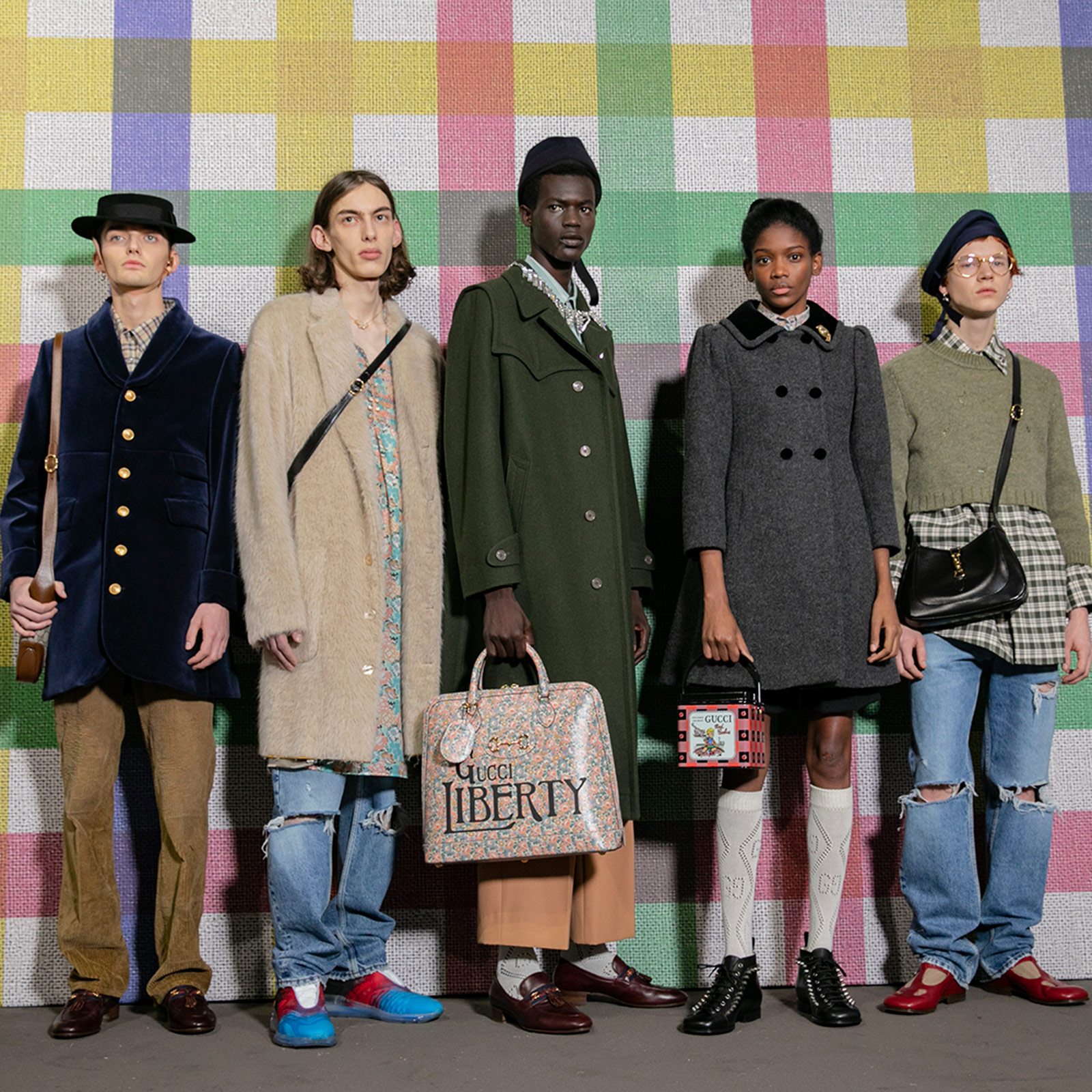 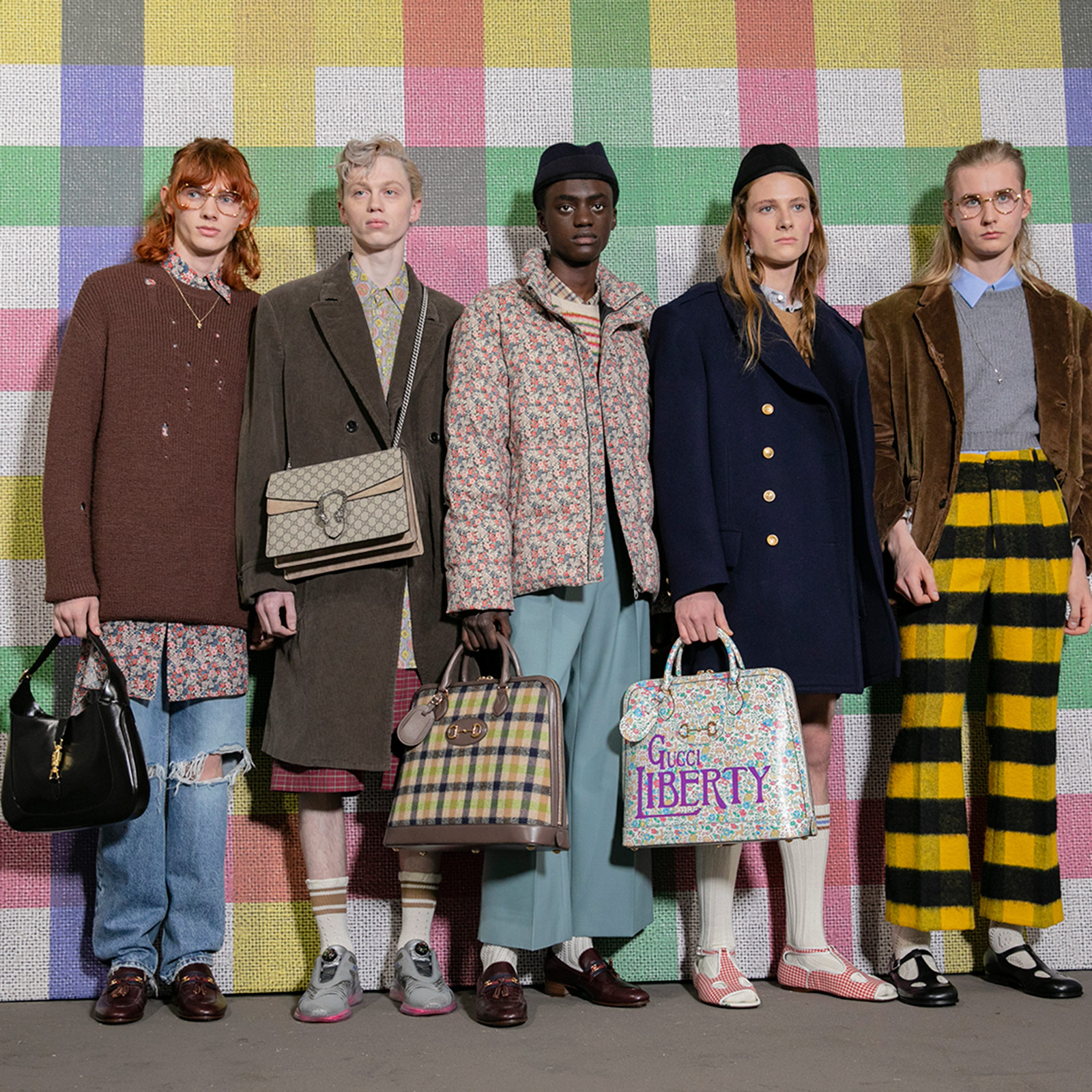