Presents, past and future 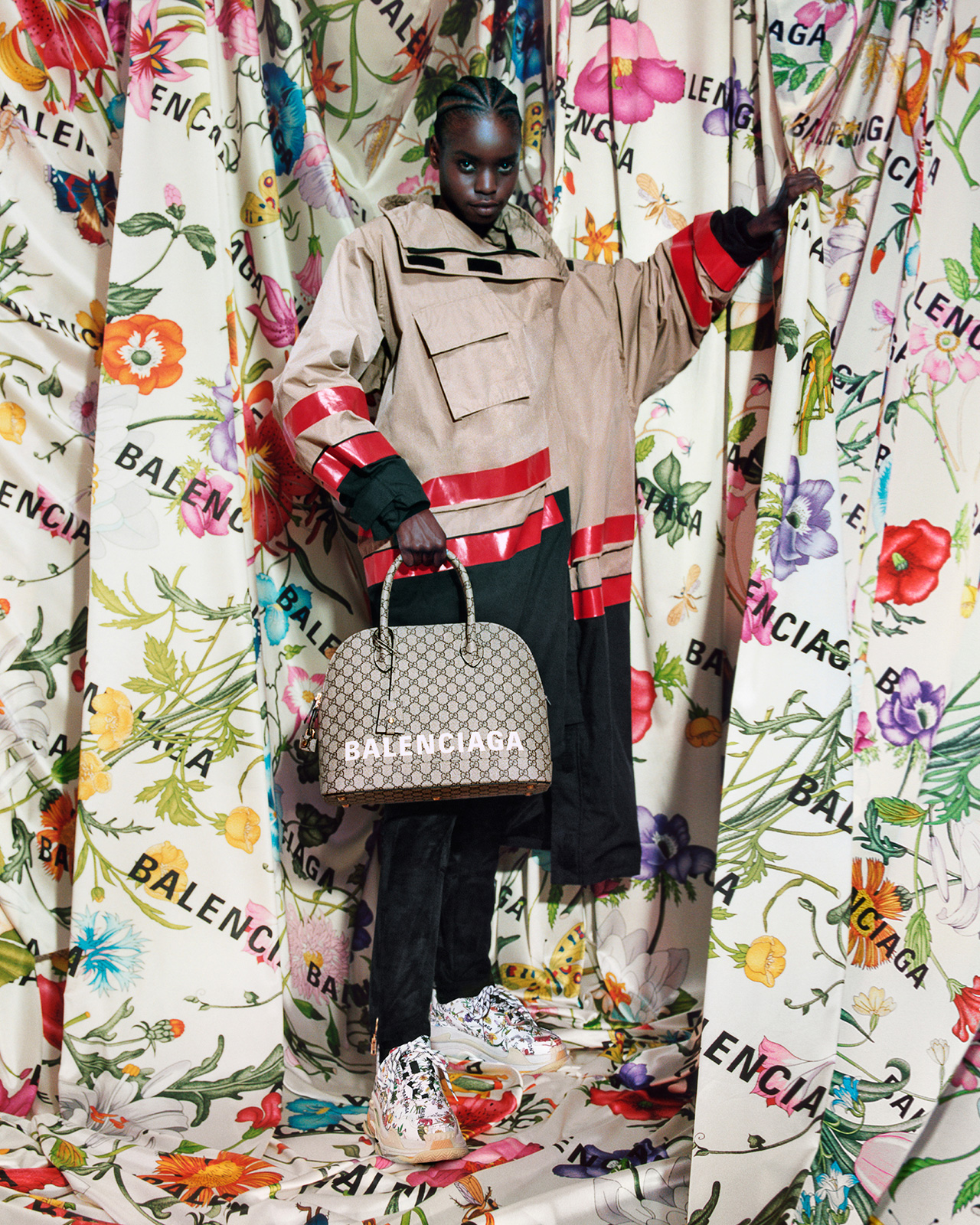 Hot on the heels of his Love Parade collection, the Gucci Gift campaign arrives as a four-part collection which continues the house’s centenary celebrations. The release includes the long-awaited Hacker Project (better known to many as Gucciaga), an ode to the house’s equestrian heritage, various household items from Lifestyle and Décor collections, as well as some emphatically luxurious accessories captured in Mark Peckmezian’s New Year’s Eve photoshoot.
Back in April, the release of the Gucci Aria campaign sent shockwaves through the fashion world, as it saw two high fashion houses fuse a ‘co-ed collection’ for the first time. Alessandro Michele and Demna Gvasalia, creative director of Balenciaga, joined creative forces, largely thanks to the fact that both of their houses belong to the larger conglomerate, Kering. Whilst any suggestions that ‘Gucciaga’ was a ‘collab’ were quickly denounced, perhaps for the less luxury connotations of the phrase, many saw it as the start of a new era in fashion. The collection plasters all the iconic logos and prints of each house everywhere imaginable, in a manner so flagrant that it somehow works. The all-in-one tights and heels in the style of Kim Kardashian’s Balenciaga Met Gala outfit, but with the addition of Gucci’s iconic monogram print, are a particular highlight. The hotly anticipated release of the capsule is now finally set to happen as part of this campaign.

The horse racing motif seen in the Hacker Project is continued in the next part of the release, paying homage to the equestrian inspiration that has characterised the brand’s history. As well as reimagined interpretations of various parts of a jockey’s uniform, the collection also includes bags emblazoned with the various patterns associated with the sport. Spots, stripes, and checks combine to create incredibly vivid designs, channelling dazzle camouflage with a pop art palette. These simultaneous acts of honouring the brand’s legacy whilst continuing to produce truly contemporary designs encapsulate the very ethos of Michele’s whole tenure as Creative Director.

The next phase of the collection sees the Gucci Décor department present a range of items for home living. From porcelain crockery and silver cutlery to stationery, and even poker chips, the collection offers a diverse variety of everyday items. In fitting with the theme of gifting, the products will all be accompanied by bespoke packaging bearing the Gucci 100 logo.

Finally, the New Year’s Eve portion of the collection sees exorbitance employed to the maximum. A gold gemmed clutch bag of a literal human heart is the loudest piece of the collection but drop dangle nose rings and a plethora of sequined and feathered items also add to the extravagant tone. Mark Peckmezian’s shoot amplifies this atmosphere even further with the inclusion of pruned pooches and peacocks in the photoset, who act as metaphorical representations of the grandeur of the range. 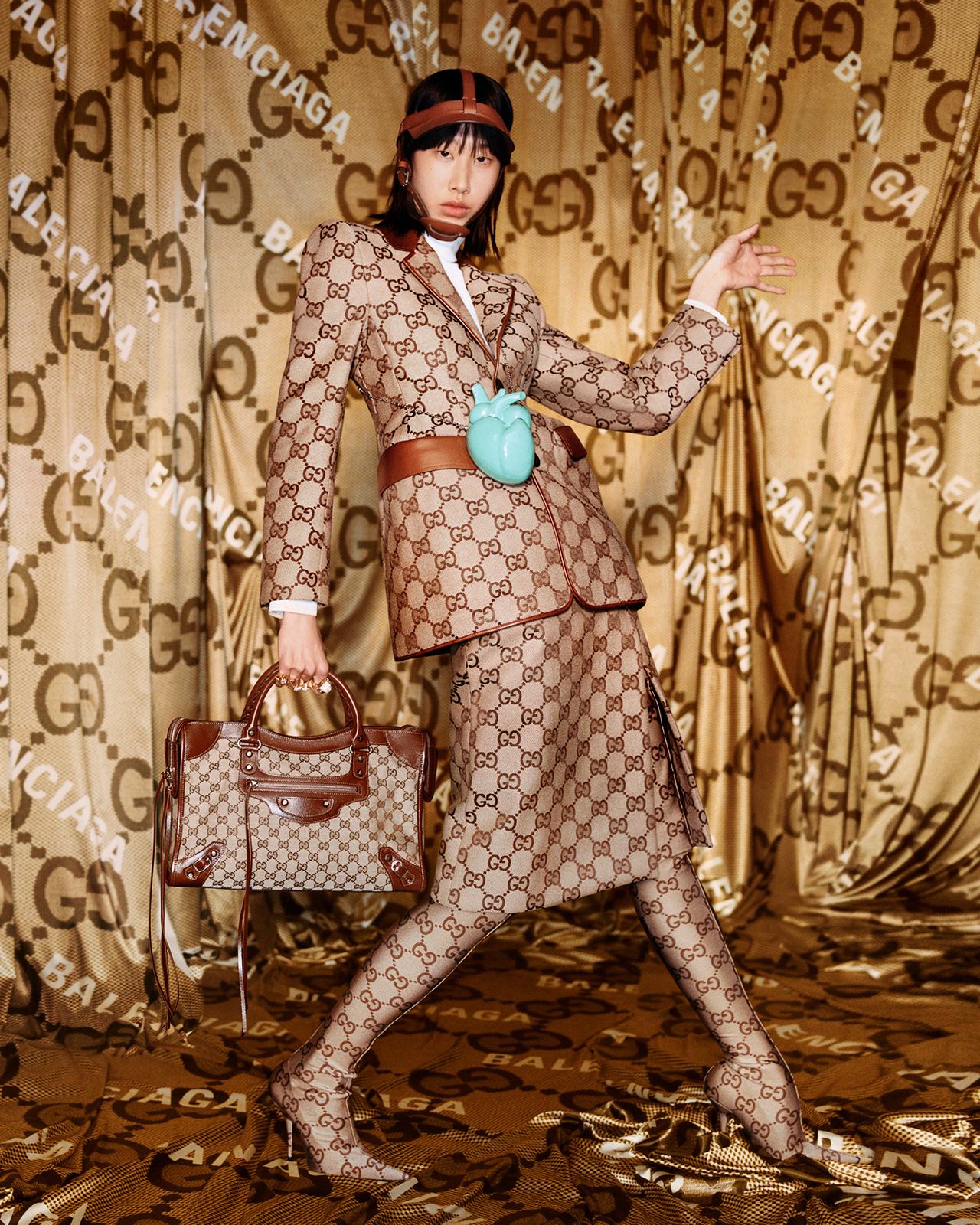 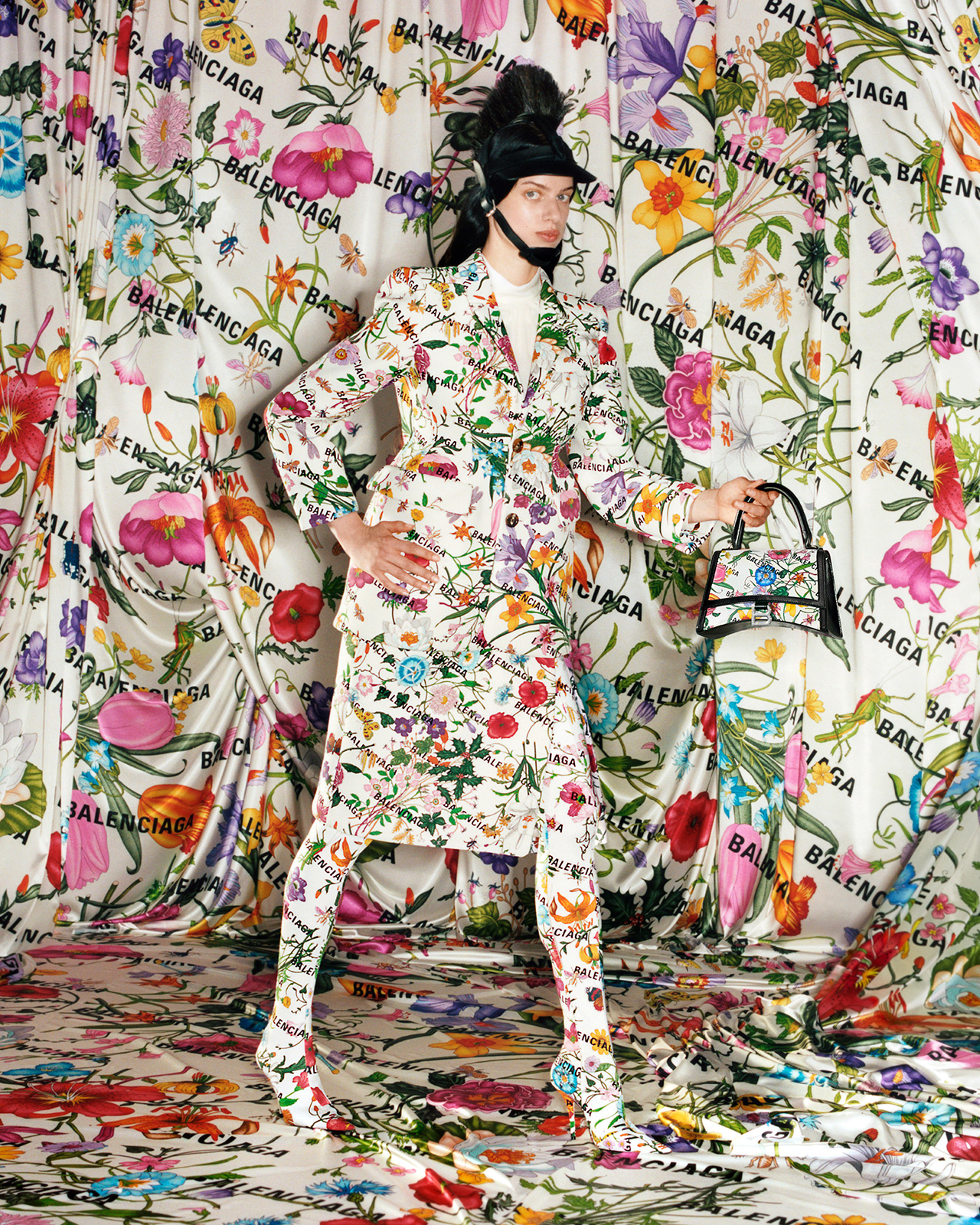 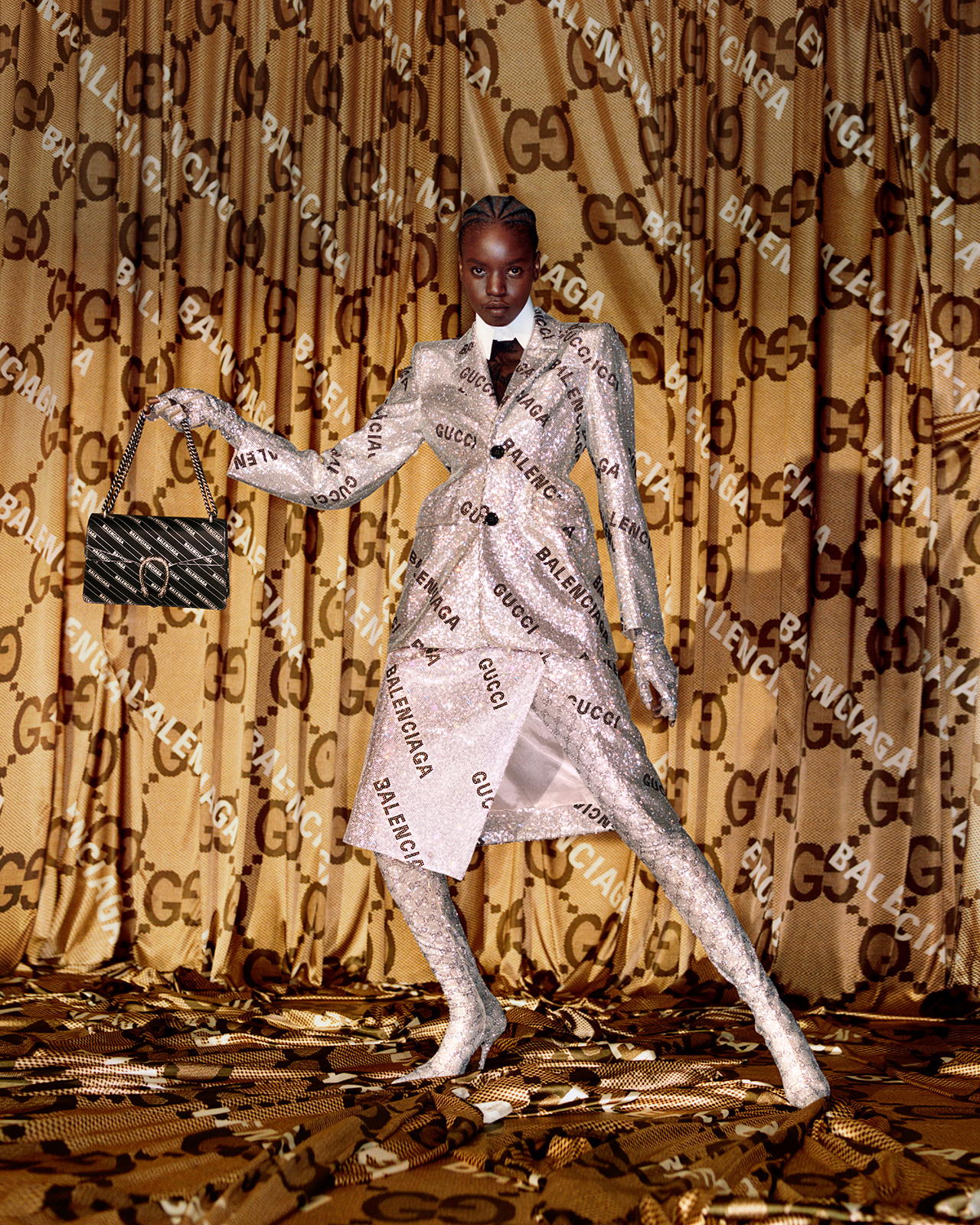 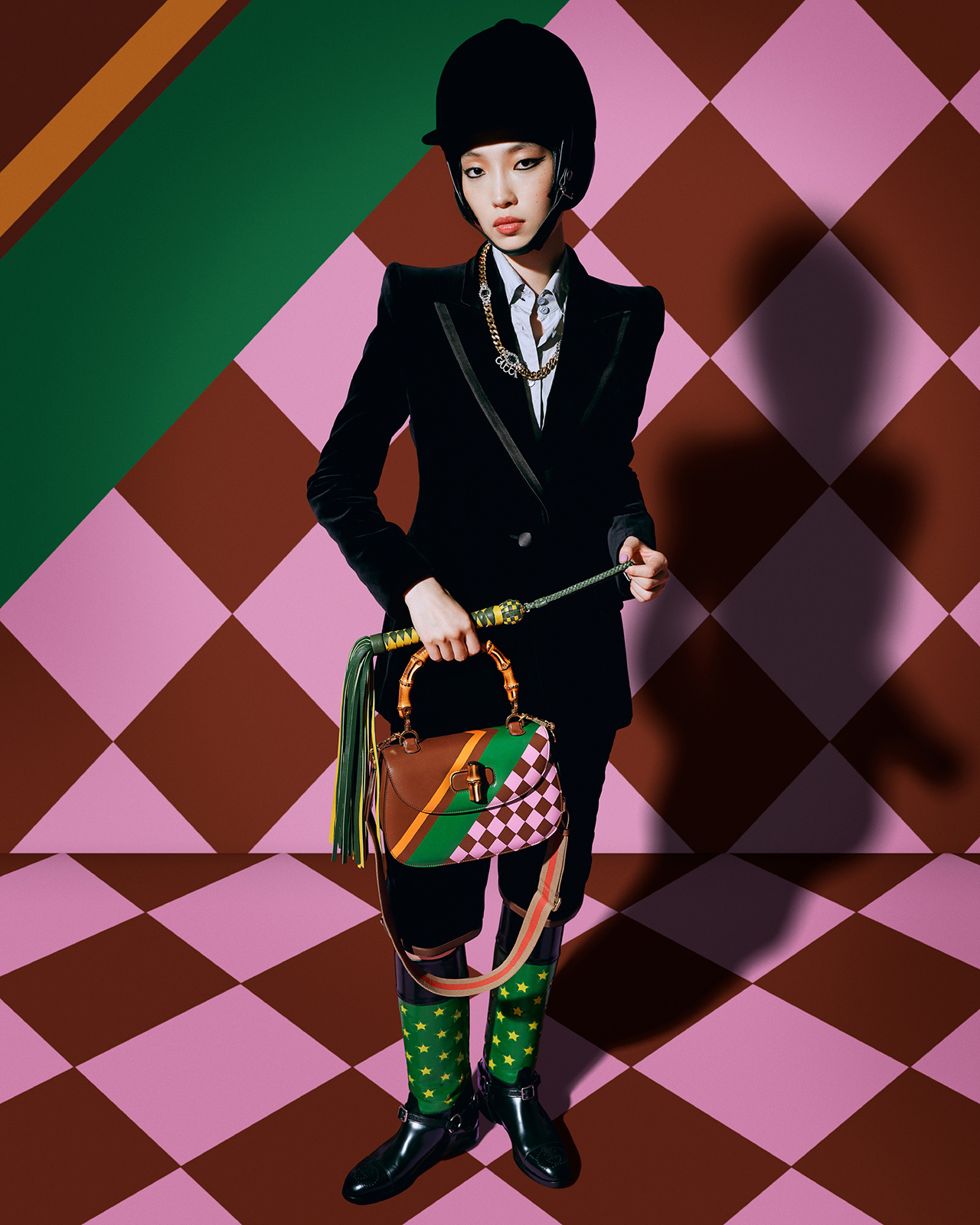 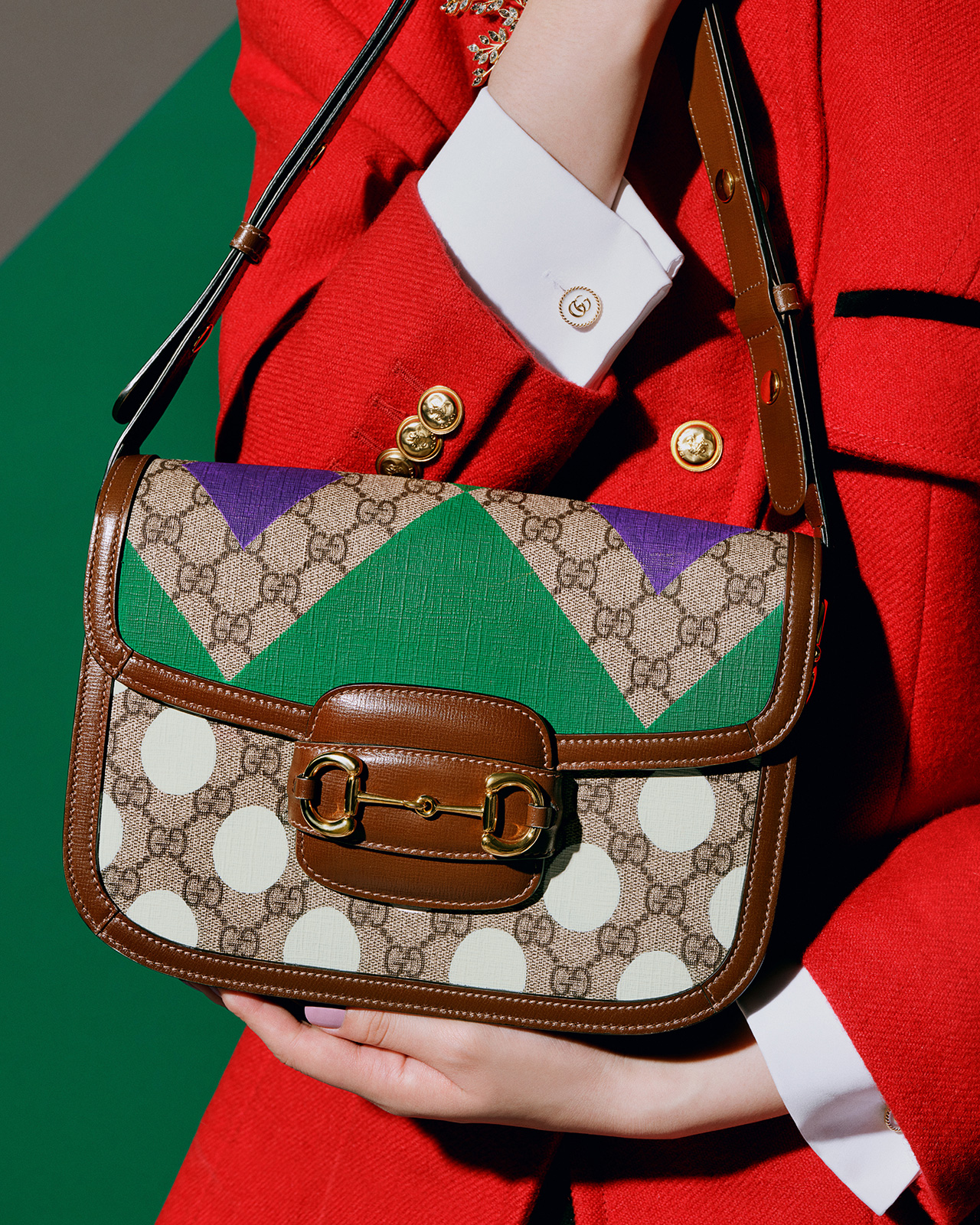 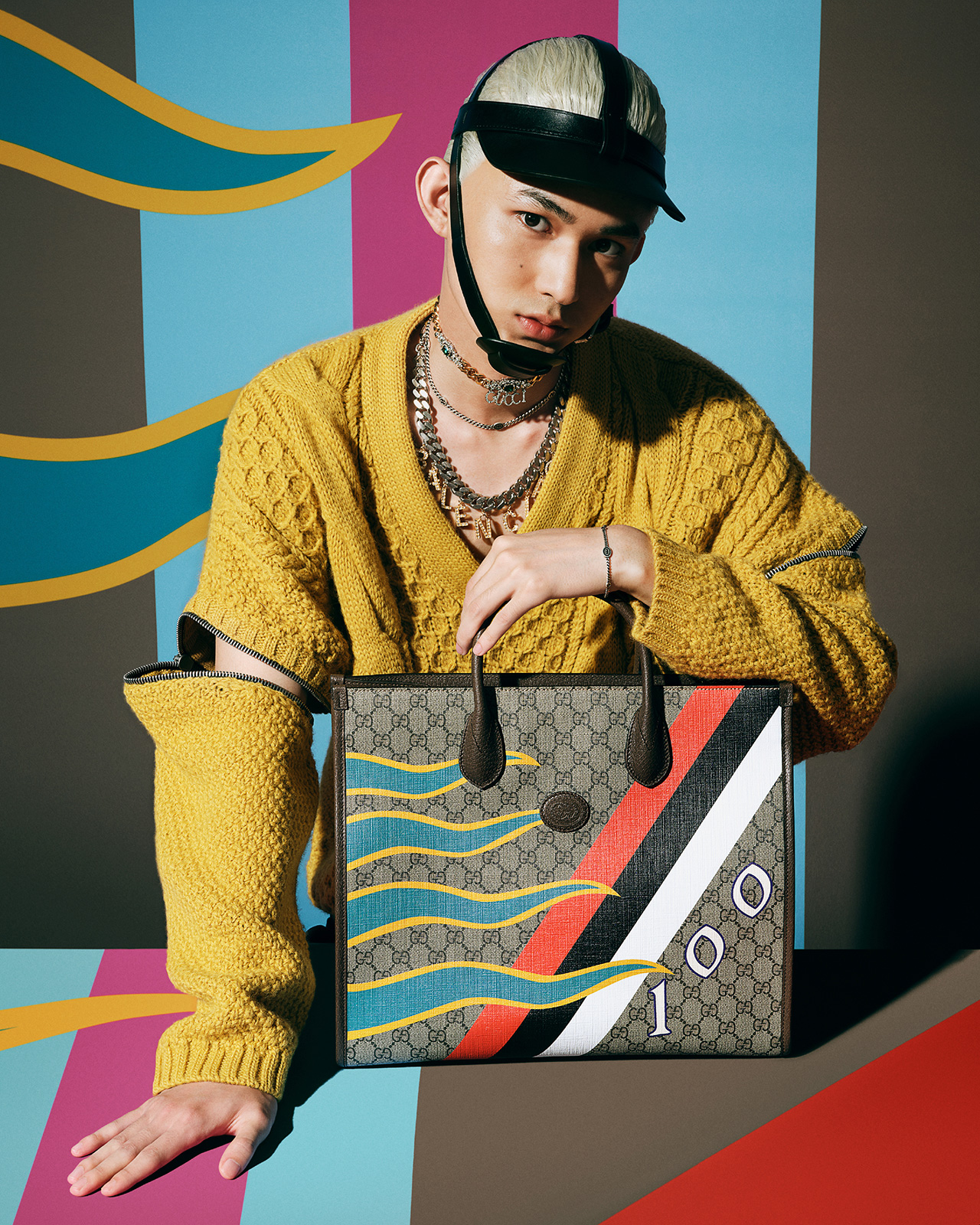 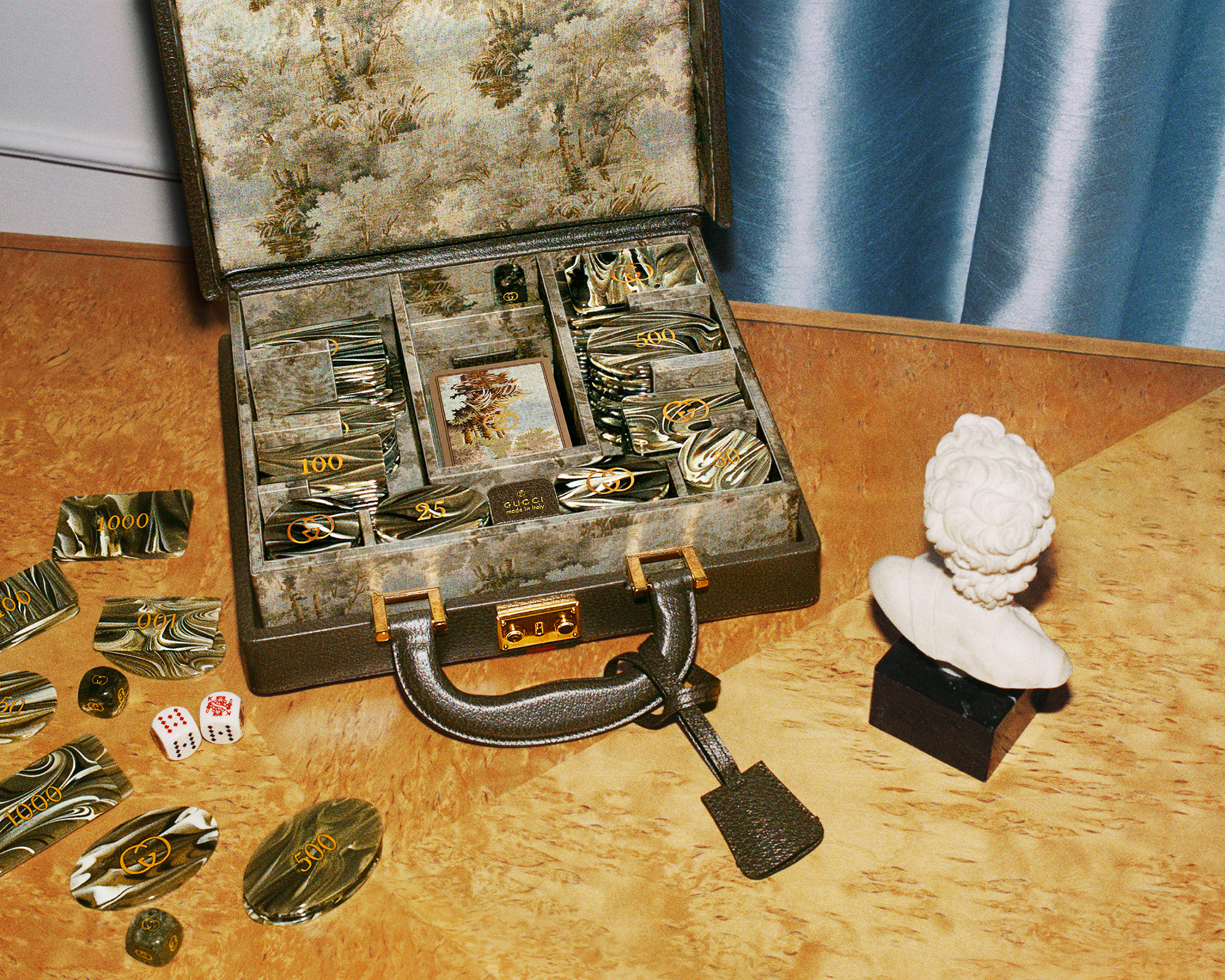 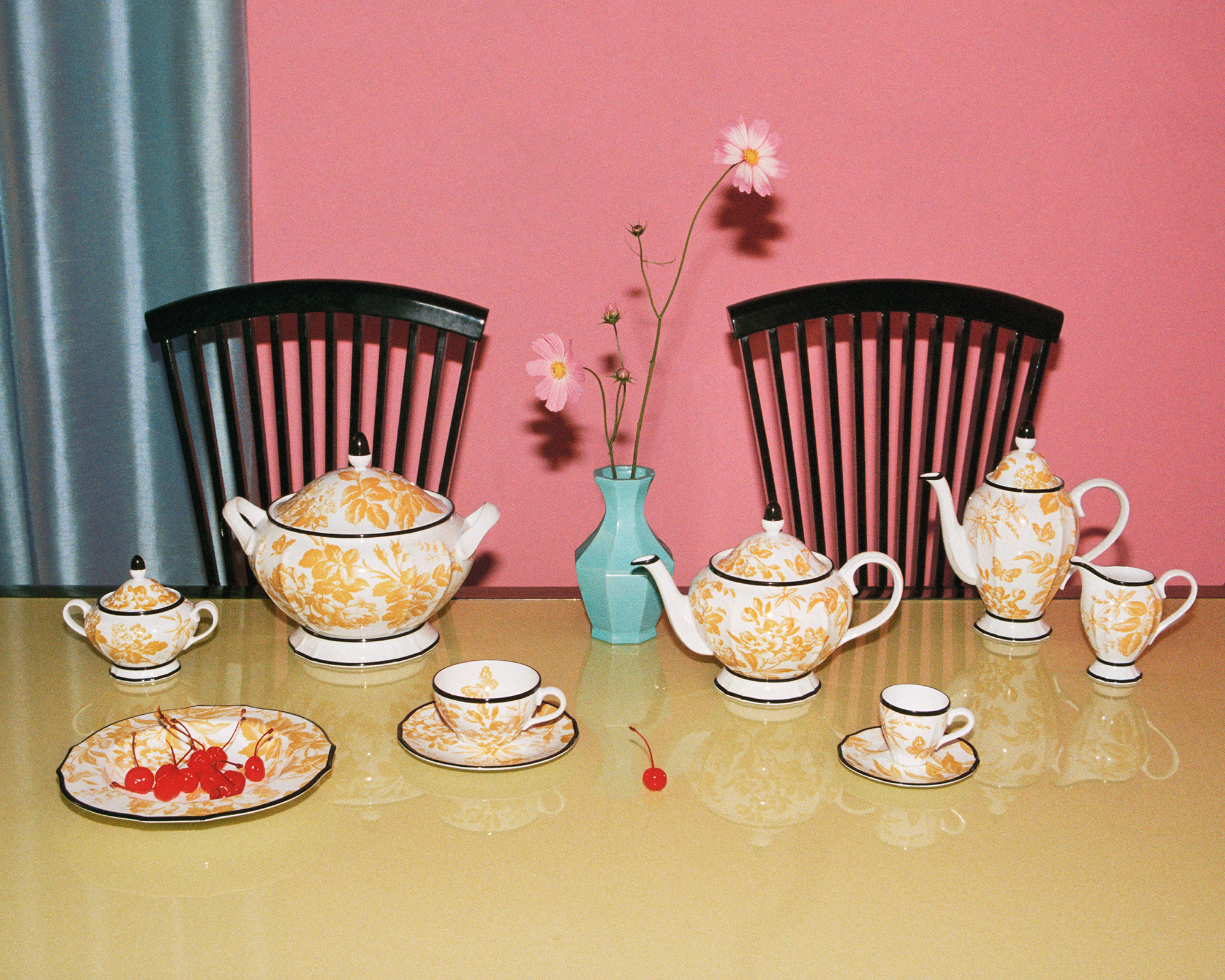 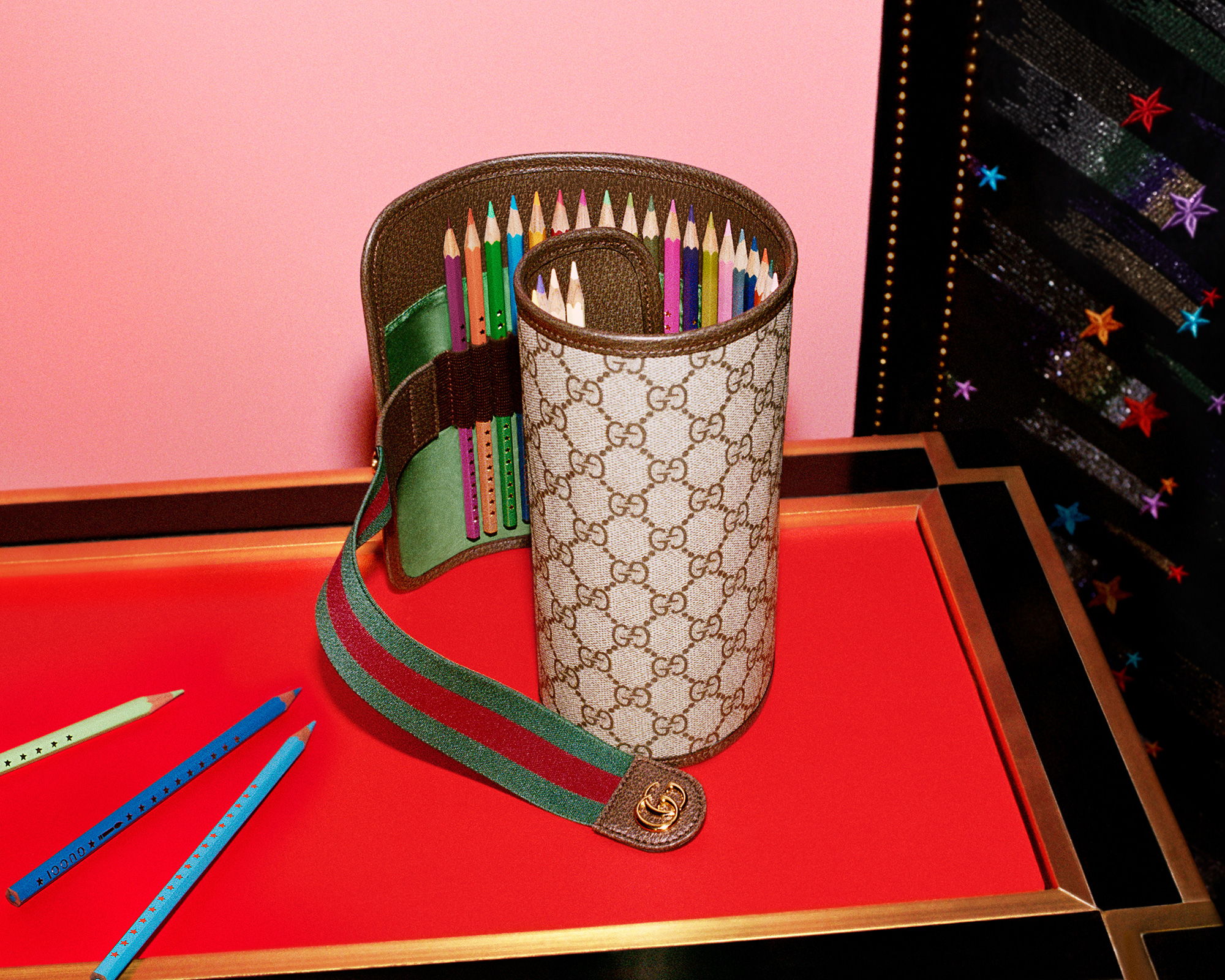 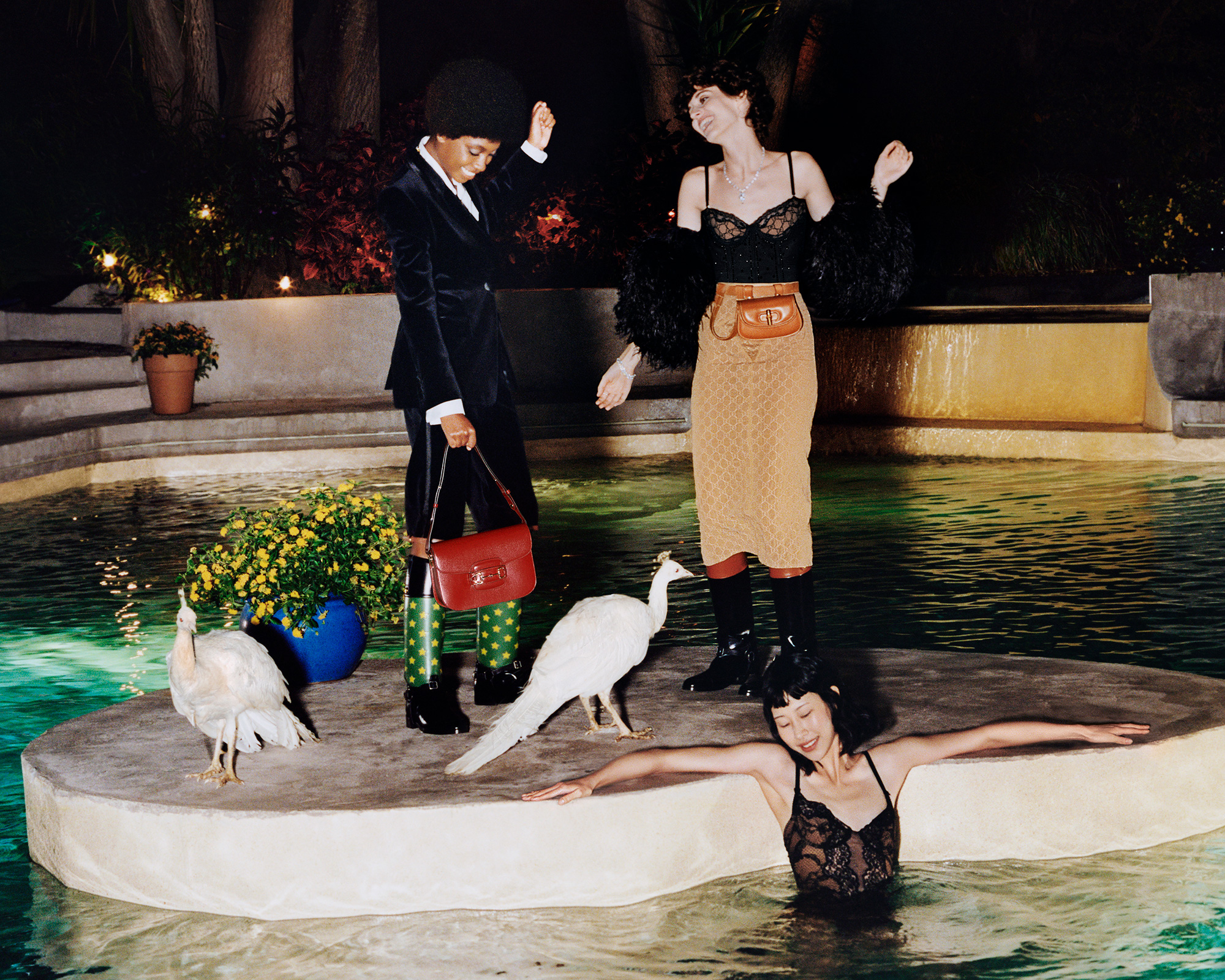 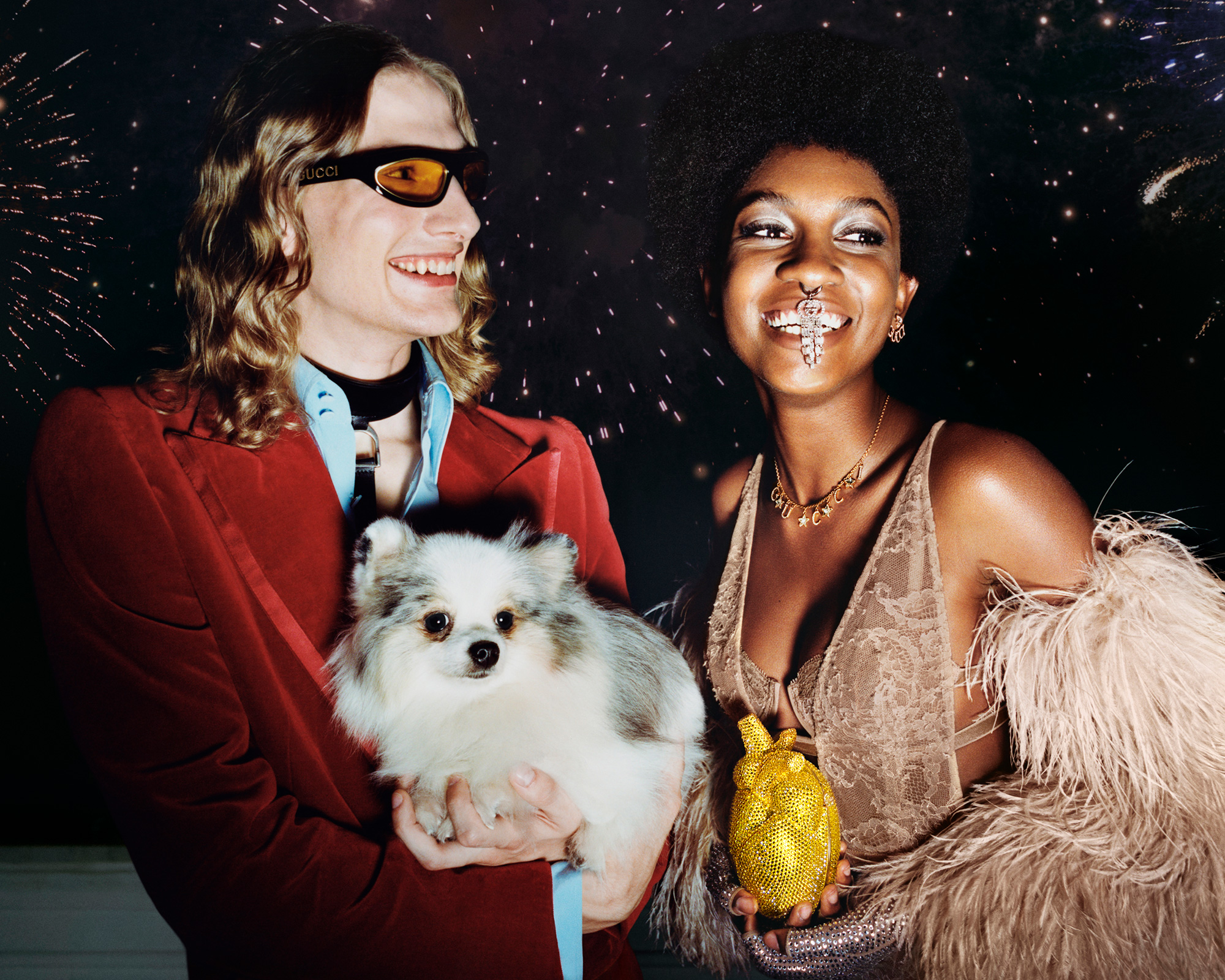 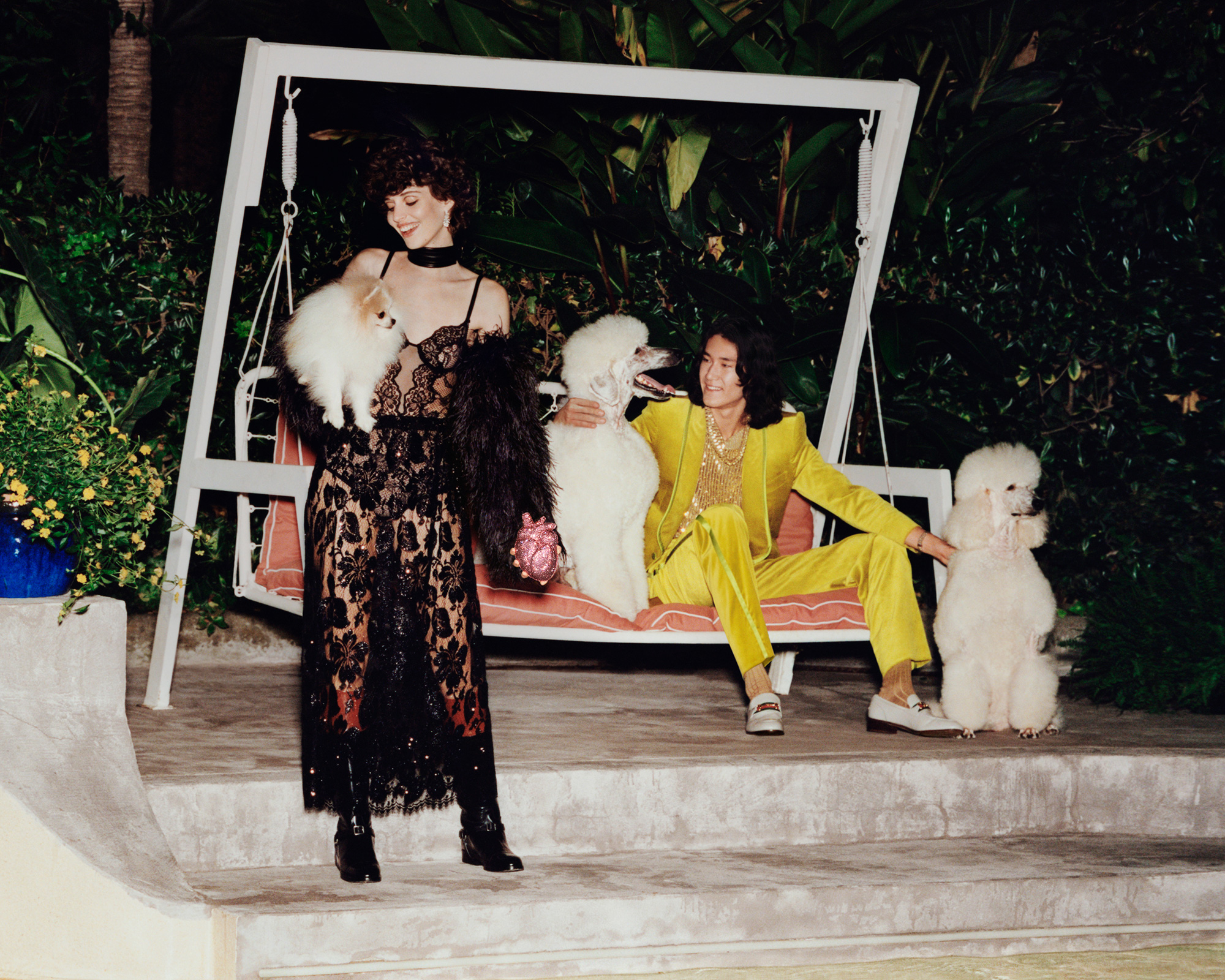