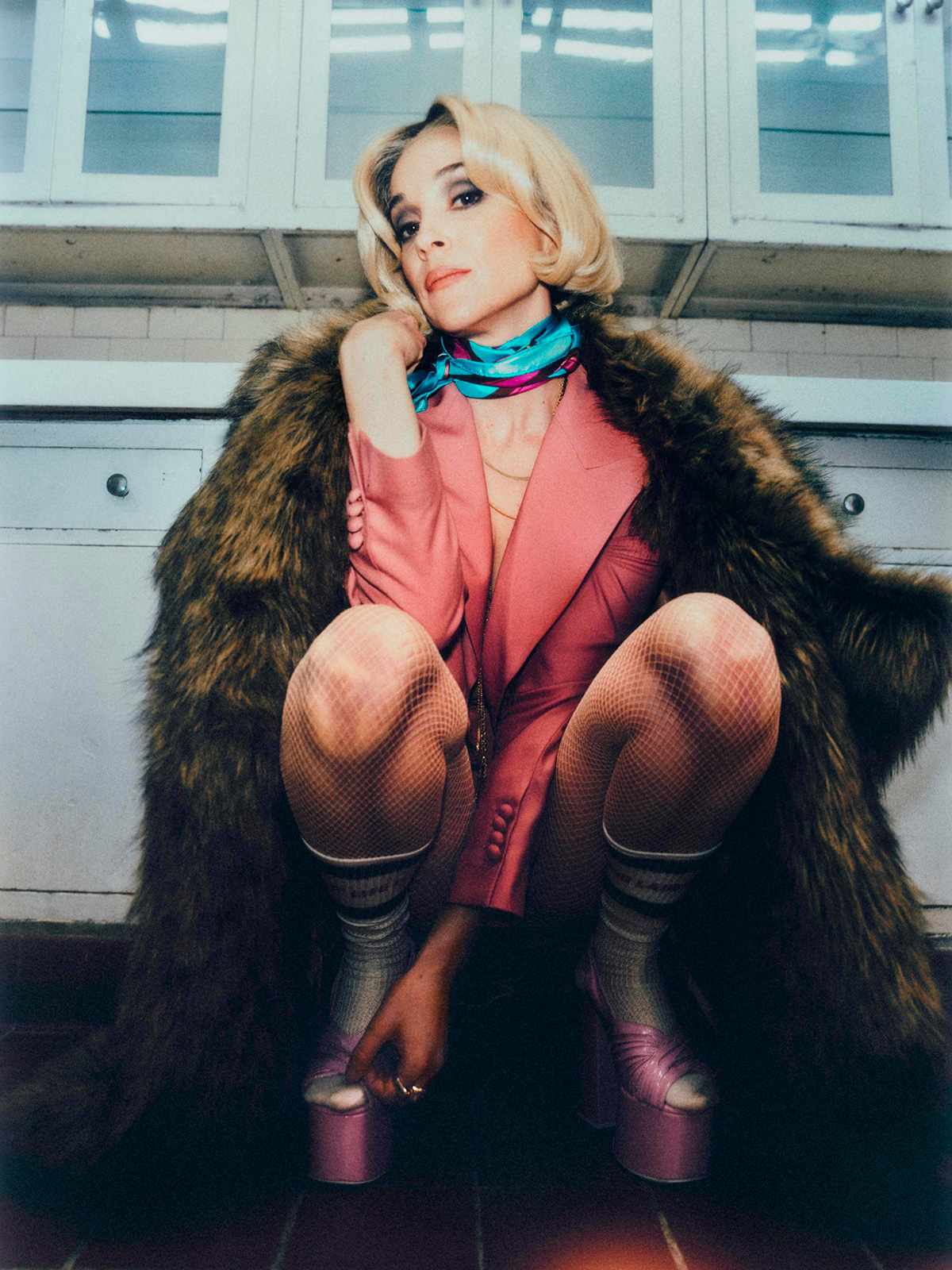 Annie Clark, better known by her stage name, St. Vincent, is somewhat of an enigmatic shapeshifter, cascading through sonic arrangements, artforms, collaborators, and cultural references. Now, the artist takes on fashion design, working with Gant on a capsule of garments machined for athletically vigorous live performances, and refined enough for the glitziest of after-parties. No stranger to musically driven collaborations, Gant recently released an instant sell-out collaboration with the Drain Gang music collective. Shifting from contemporary Swedish music to American rock’n’roll, Gant applies their technical expertise to this new, fresh collection.

St. Vincent often performs character shifts at the onset of a new project, and her latest album Daddy’s Home has enlisted the glimmery aesthetics of ’70s rock’n’roll, cut by a waspy primness. It is this same aesthetic investigation her new capsule with Gant takes on. In both album and capsule, she interrogates the daddy character, reflecting on her own father’s imprisonment for financial fraud. Her album cycles through a new cast of retro-formed characters to critique conservative America’s obsession with the nuclear family. It is from these preoccupations that Gant produces a limited release of stage wear inspired items.

In a platinum blonde wig reminiscent of her Daddy’s Home album cover – and Candy Darling to whom she dedicates a song on the record – St. Vincent models the new collection as if preparing for a Madison Square Garden show during New York’s hazey 1970s. The looks toe a line of classic and ironically inflected, the fine collegiate socks are emblazoned with sarcastically humorous taglines. Just as her album works to search for meaning and direction in a slurry of sleazy and otherwise eclectic touchstones, the artist's new collaboration with Gant uses luxurious silks and fine Italian wools to craft its contradictory retro capsule. The pieces are interchangeable, fit for a variety of setting and available online now. 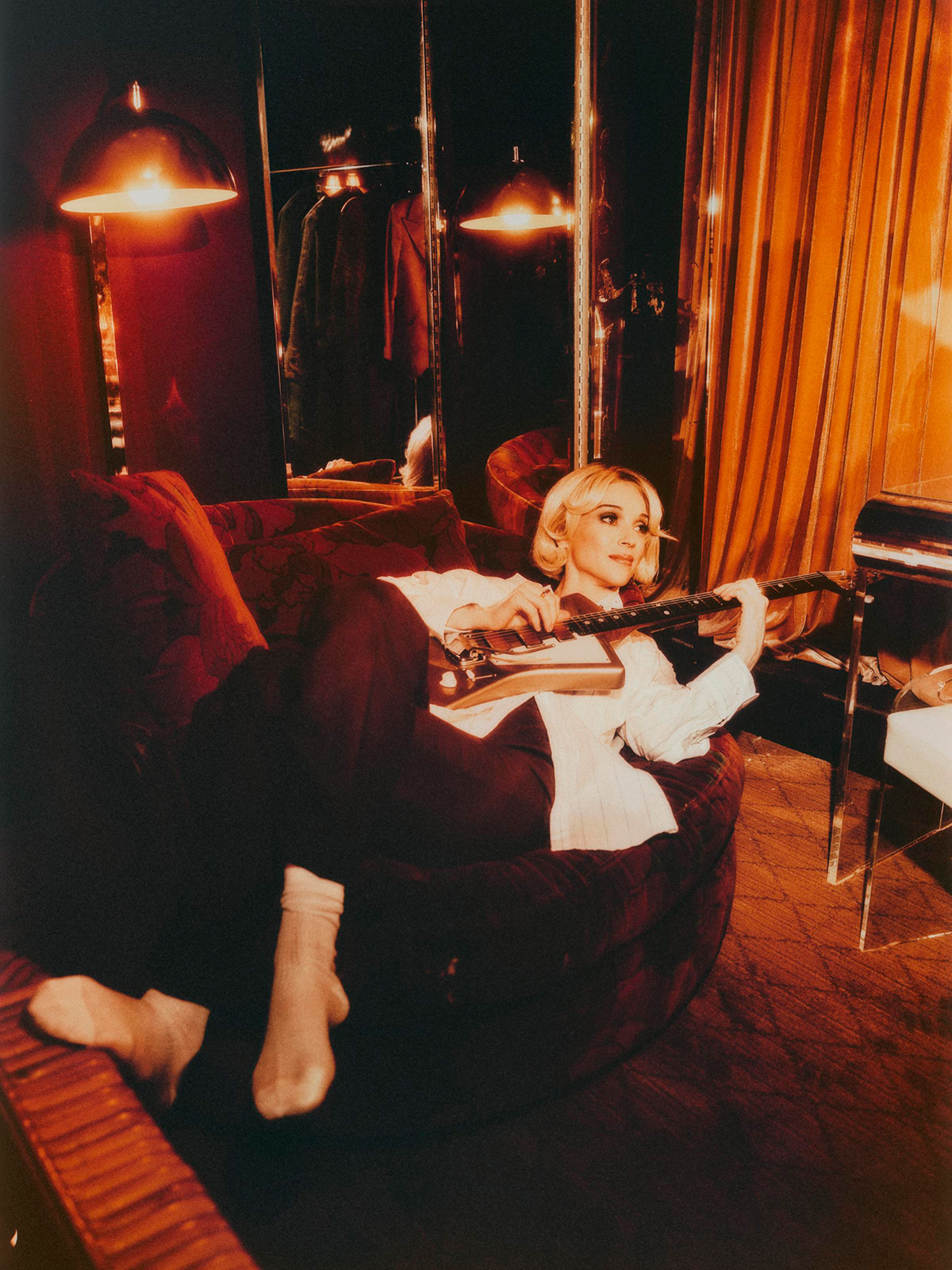 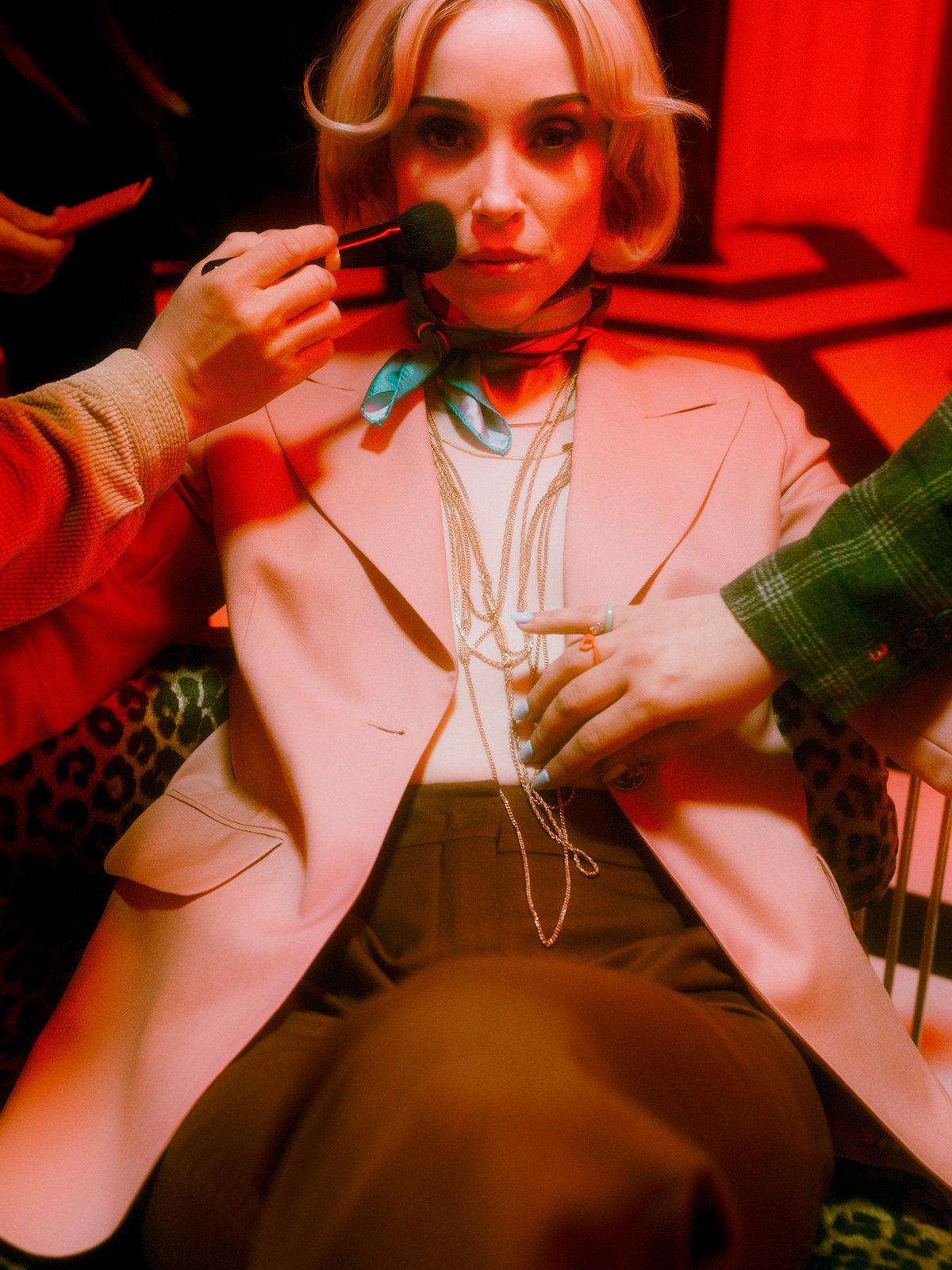 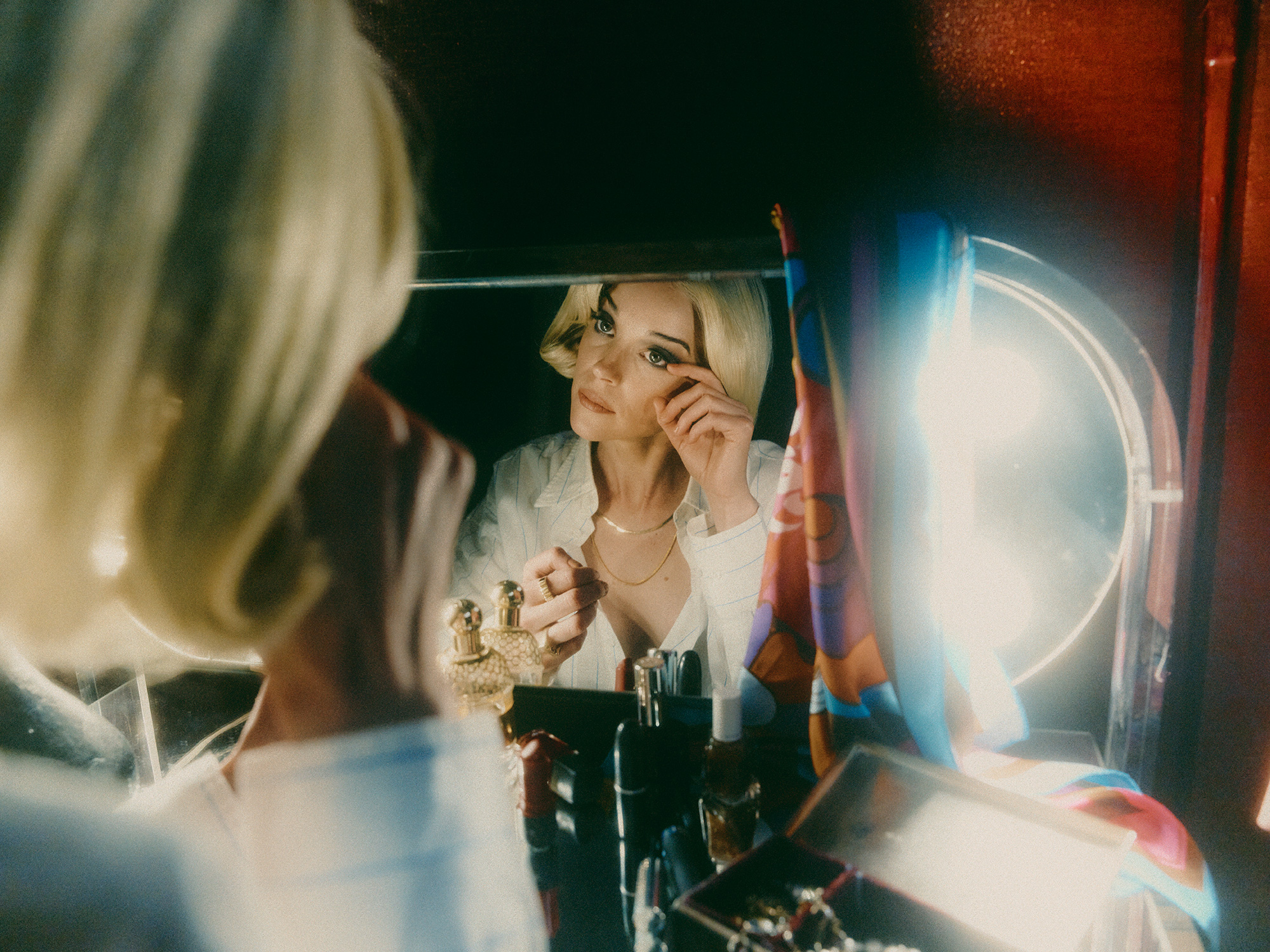