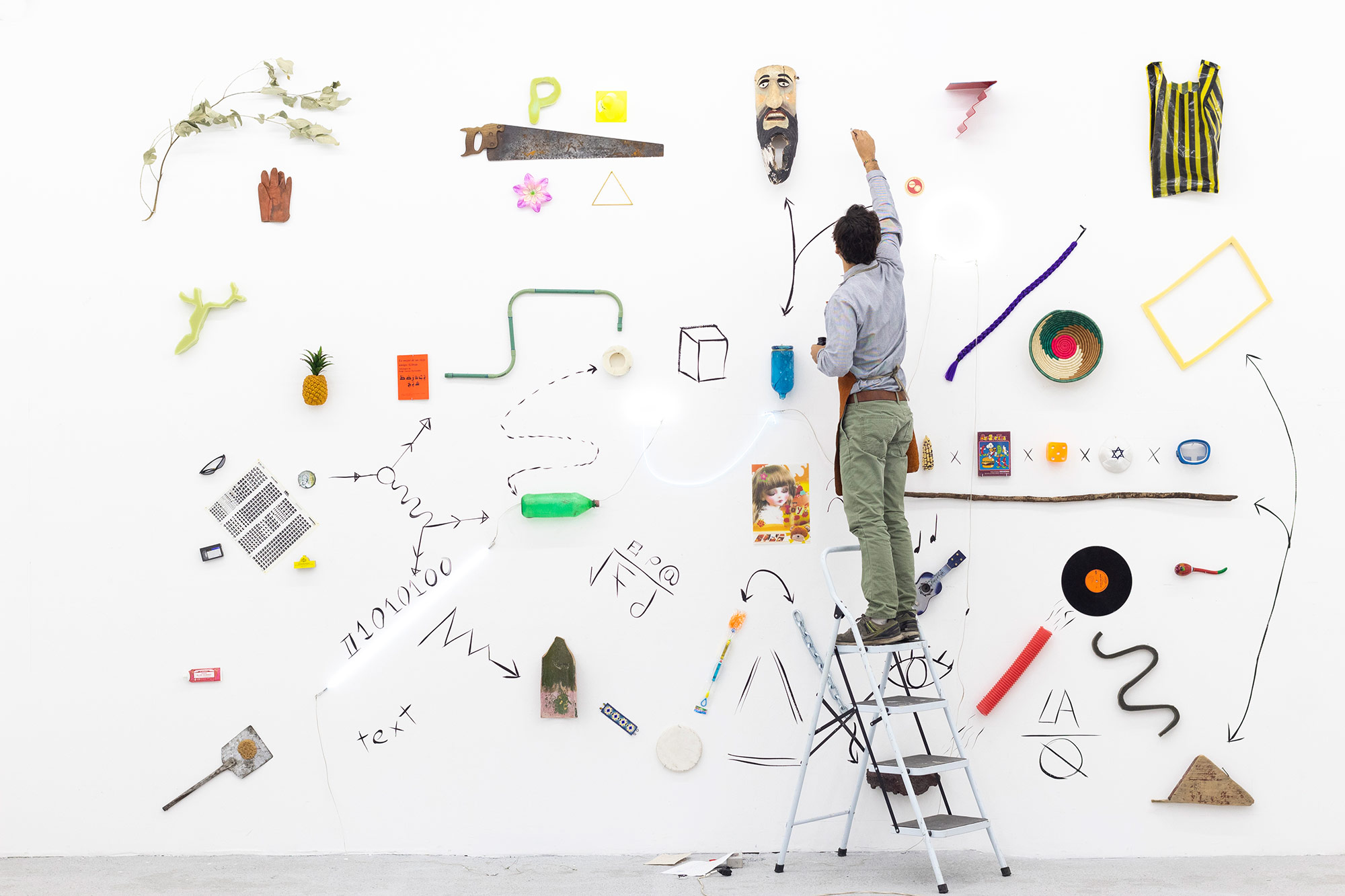 Returning to the United States for the first time since his solo show at the Aspen Art Museum in 2019, Gabriel Rico is having an exhibition of new works at Galerie Perrotin in New York. Titled Of Beauty and Consolation, Rico illustrates the legacy of post-Surrealism and Arte Povera to demonstrate cultural and political flaws through non-mathematical equations. Displayed as a series of sculptures and wall installations, the exhibition is on view until June 5.
The Guadalajara-based artist collects a range of materials from taxidermy to neon objects, assembling curious sculptures. Rico focuses on pinpointing the relationship between humans and the environment and civilisation’s future. His use of familiar objects, arranged in uncommon ways, depicts everyday life from a different angle. Rather than sticking to scientific and mathematical formulas, Rico steers us towards the more artistic approach, carrying out tasks and resolving problems using symbols and rules. Applying the formulas aren’t meant to be seen as a series of abstract representations, but rather the merging of material things found on a material plane.

The name, Of Beauty and Consolation, is a direct quotation from a Dutch television series hosted by journalist Wim Kayzer, in which he asks a variety of people, “What makes life worth living?.” Included are thirteen new works which, according to curator and director Ricardo J. Reyes “can be considered in fractal terms where the structure of the whole is also found in the structure of each piece.” Upon analysing his works, Rico encourages us not to refute his findings but rather use them to enrich our conclusions. His theories are showcased through peculiar juxtapositions, in particular in X from the series –Excessive butter– (2021), a wallhanging of a taxidermy deer and sports balls.
Gabriel Rico's exhibition Of Beauty and Consolation is now on view at Galerie Perrotin until June 5. 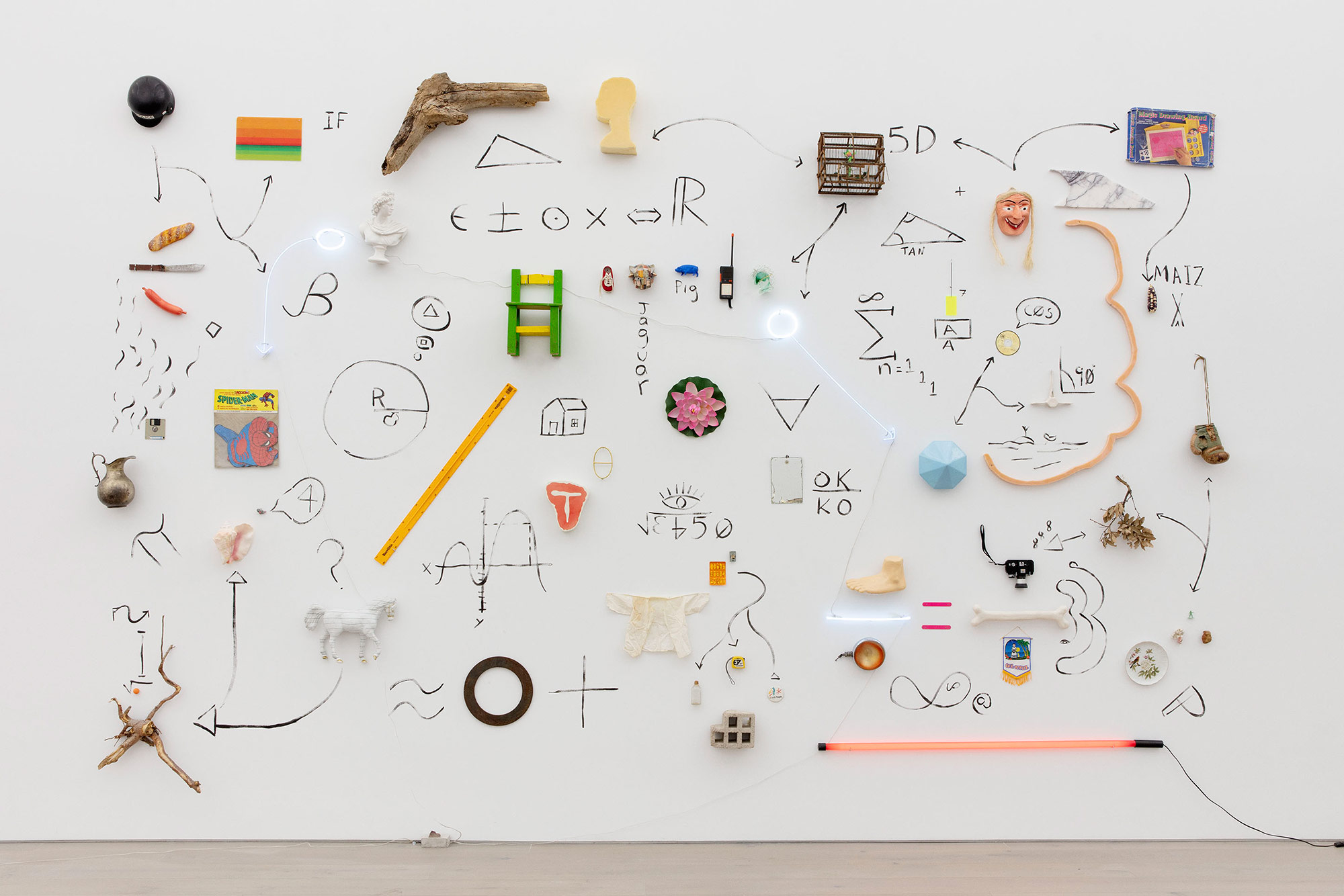 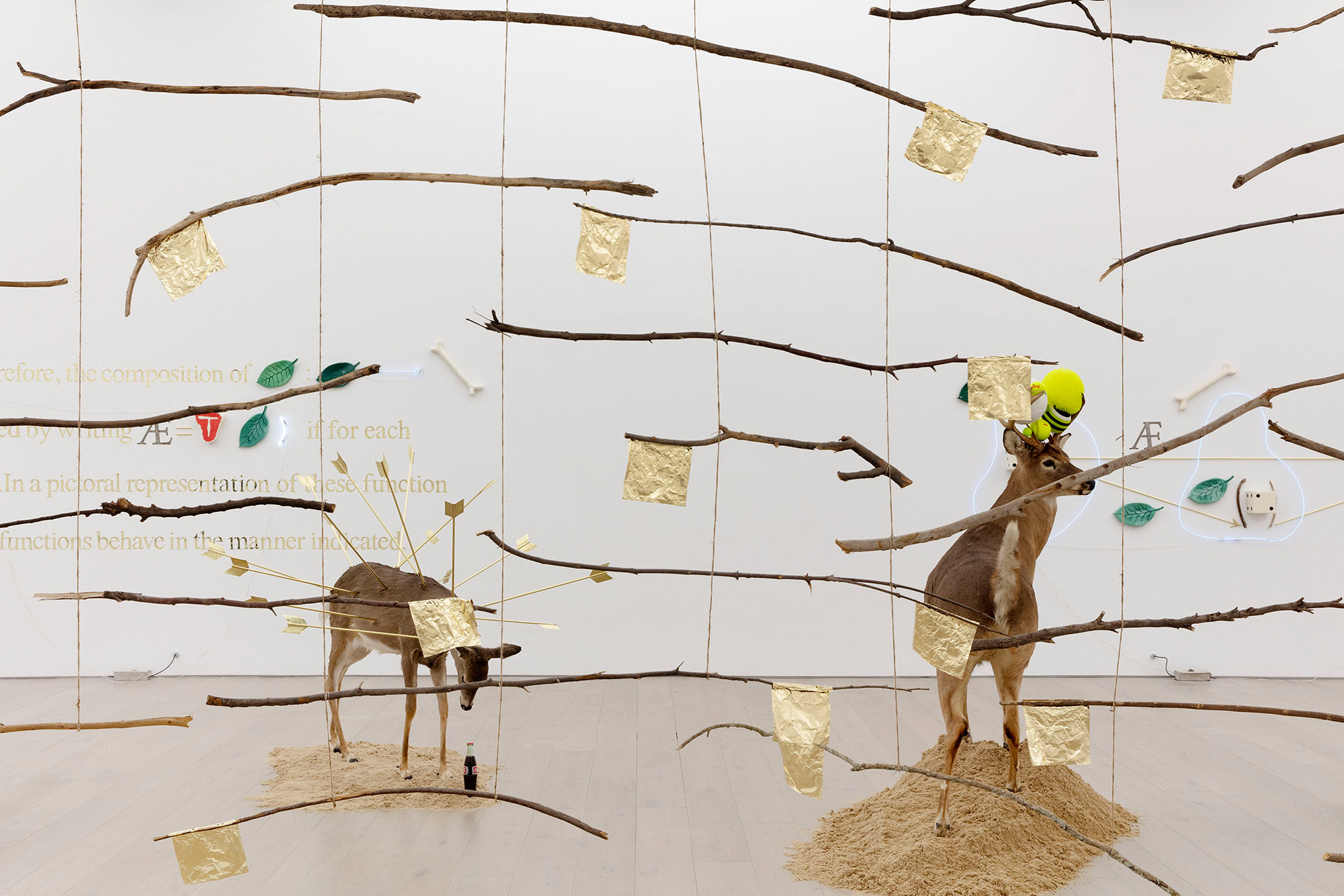 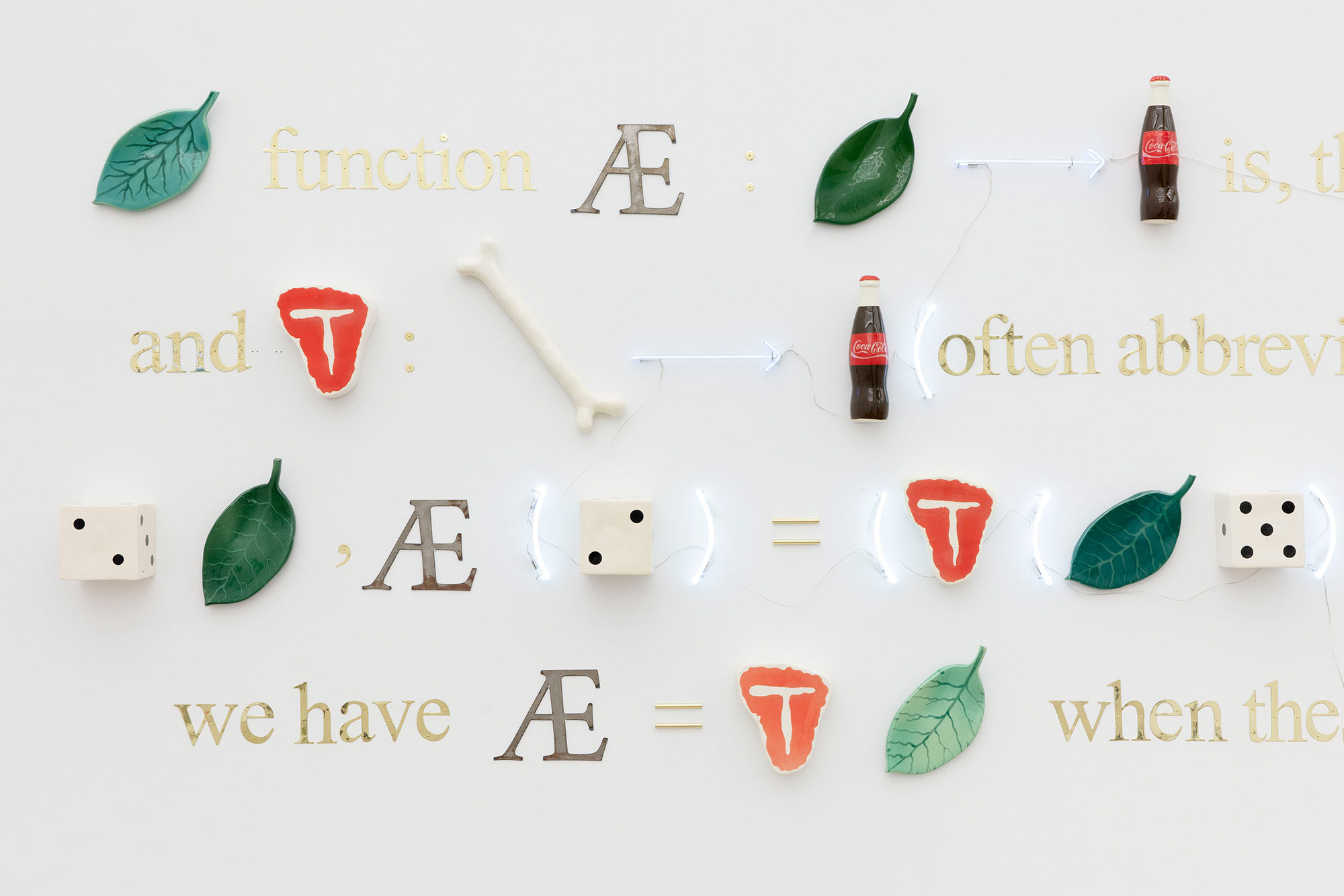 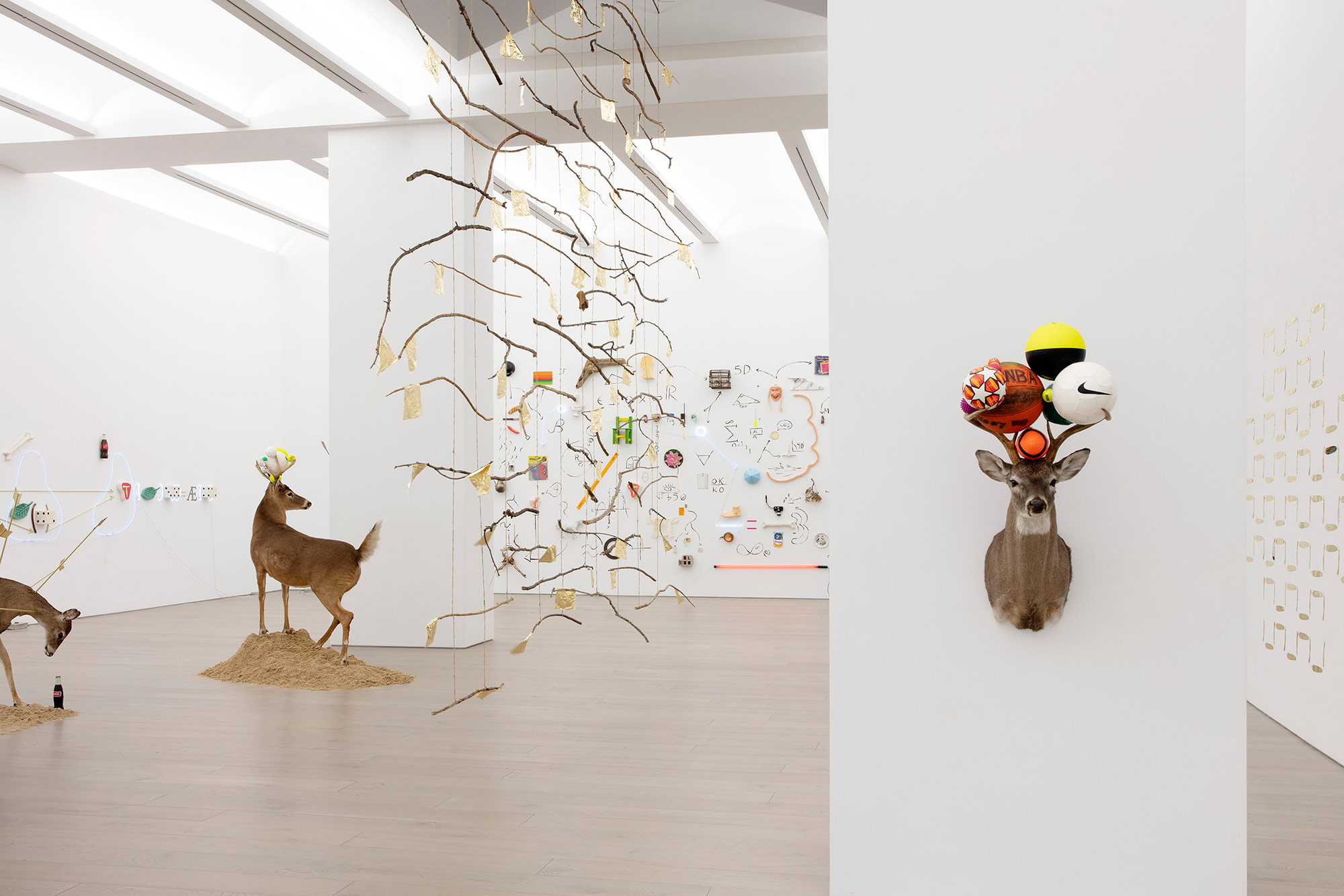