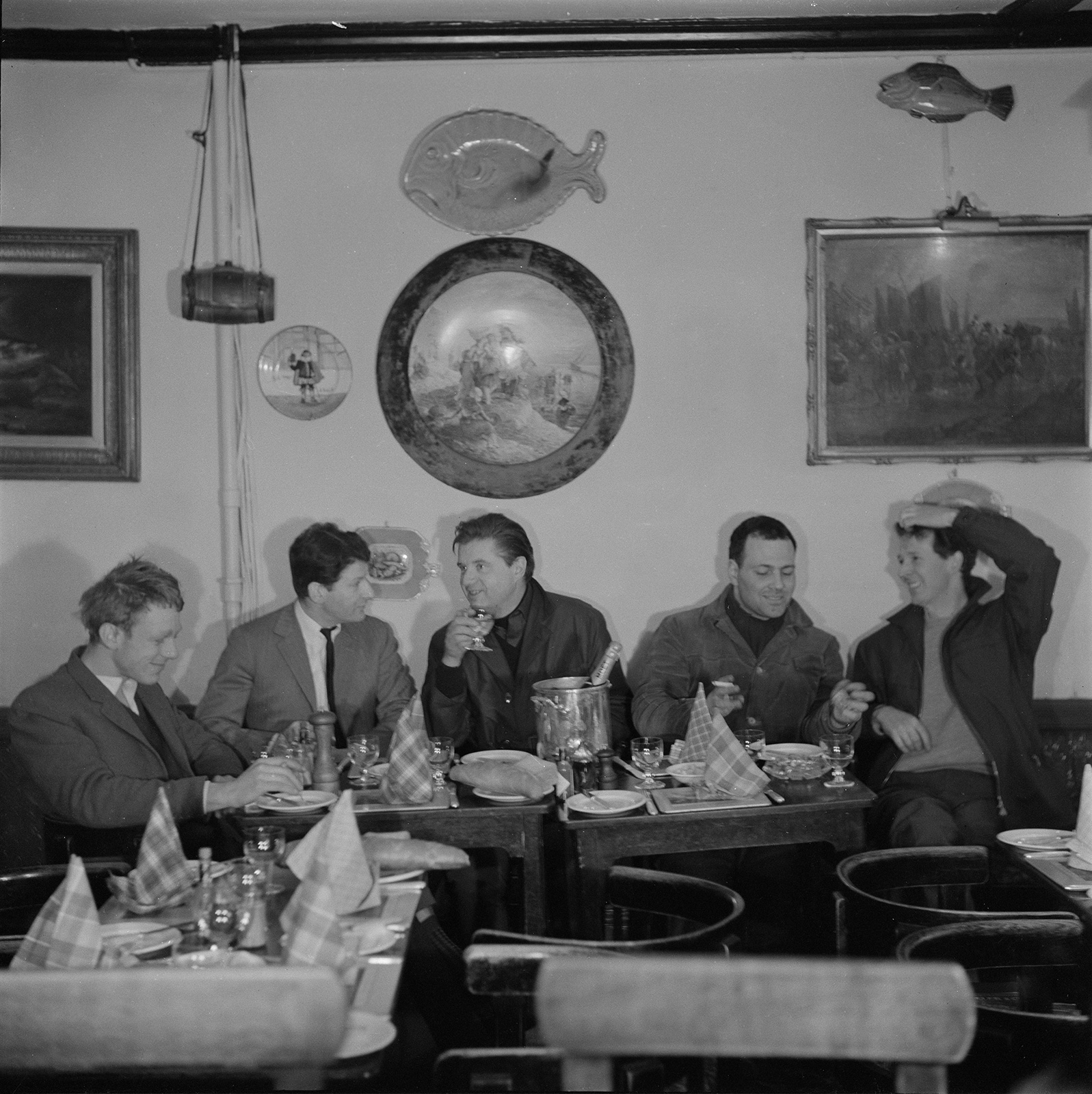 “My first word was ‘alleine’ which means ‘alone’,” claimed Lucian Freud, “I always liked being on my own.” Despite his inclination for solitude, his deep fascination towards capturing the human figure through painting ultimately situated him in front of sitters for hours, days, or even years on end to create the paintings that earned him the reputation of being one of the most influential painters of post-war English figurative art. Among those sitters were Francis Bacon, Frank Auerbach, and Michael Andrews, who were also friends and fellow figurative artists. A picture taken by John Deakin, capturing Freud with these three painters in Soho, London in 1963 forms the inspiration for Friends and Relations: Lucian Freud, Francis Bacon, Frank Auerbach, Michael Andrews, an exhibition showing at Gagosian’s Grosvenor Hill location in London now on view until January 28, 2023. 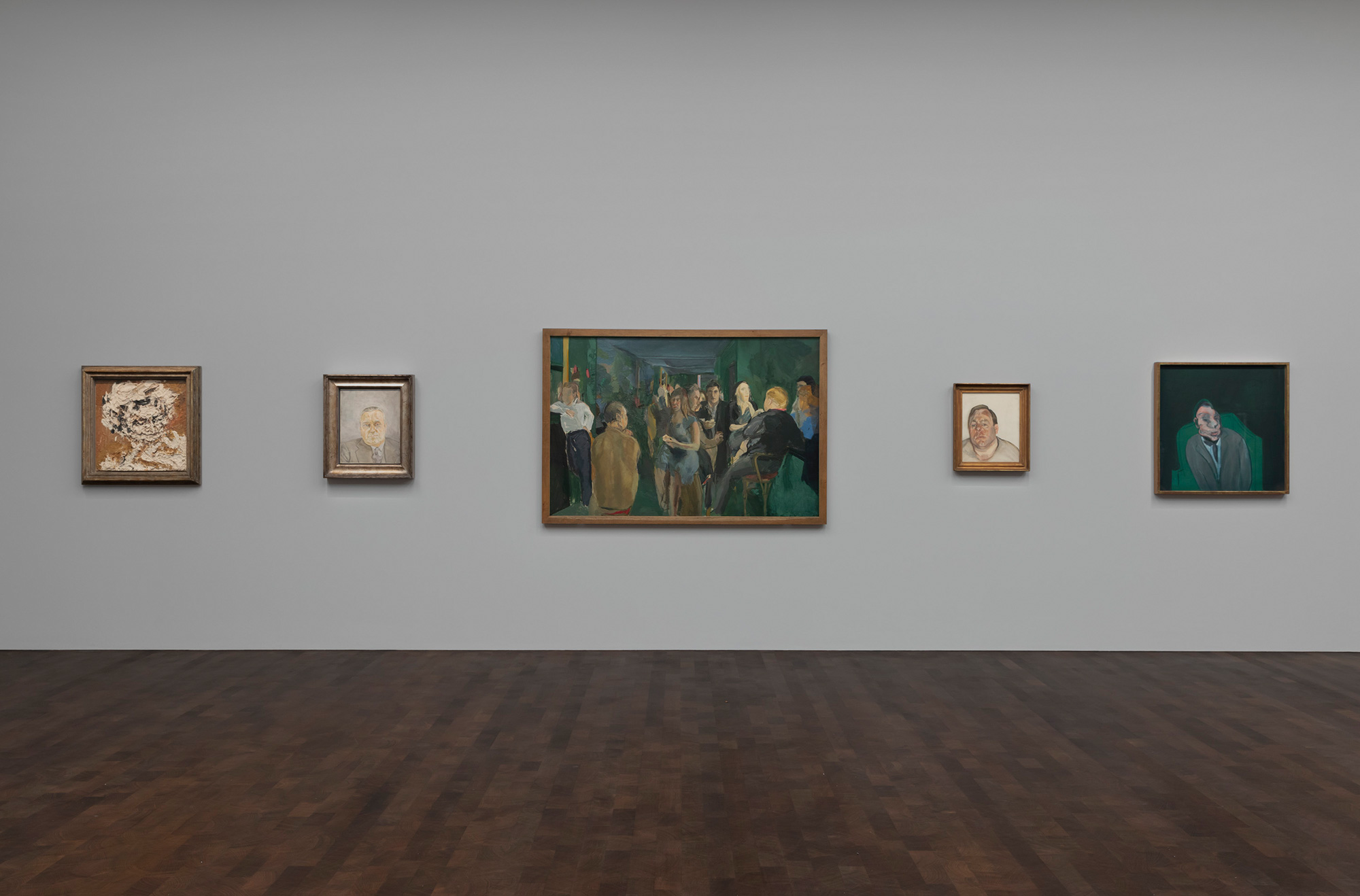 Curated by Richard Calvocoressi, the exhibition celebrates Freud’s centenary in a unique way by showcasing forty paintings from both private and public collections by the aforementioned artists that explore the intimacy of portraiture and the interconnections between each of these painters’ individual crafts.

Lucian Freud is often seen as a revolutionary portraitist that centered marginalised bodies in his works and produced honest representations of the human figure. Many other exhibitions are being held to celebrate his centenary. “I thought rather than put on a complementary Freud exhibition,” Calvocressi says, “it would be more interesting to look at this group of friends and see how they reacted to each other's work.” The four artists socialised in the same bohemian circle in Soho, London, and often painted portraits of each other and engaged with each other both artistically and personally.

Characterised by a juxtaposition of admiration and rivalry, and despite having markedly contrasting approaches, Freud’s friendship with Bacon was the most intense among the three contemporaries. Freud painted from life while Bacon painted from photographs, which he frequently commissioned from John Deakin. “He (Bacon) talked about packing a lot of things into a single brushstroke, which amused and excited me, and I realised that it was a million miles away from anything I could ever do,” Freud admired, as his own meticulous scrutiny of his sitters and pertinacious preoccupation with details entailed a long process of creation that spans months or years for each painting. Bacon’s Three Studies for Portraits: Isabel Rawsthorne, Lucian Freud and J.H. (1966), which is being displayed at the exhibition, is one of the many portraits that Bacon has painted of Freud throughout their friendship.

Like Freud, Auerbach had fled from Nazi Germany in the early years of World War II. Auerbach’s work was characterised by thick applications of paint through expressive strokes, and was compared to Bacon’s work by the critic David Sylvester, who wrote of “the most exciting and impressive first one-man show by an English painter since Francis Bacon in 1949.” Exploring the intimacy between artist and sitter, some of his works being displayed includes E.O.W., S.A.W. and J.J.W. in the Garden I (1963), picturing Estella (Stella) West, his lover and frequent model and her family, as well as Head of Gerda Boehm (1964), a portrait of his cousin who was similarly a refugee from Nazi Germany.

Michael Andrews was taught by Freud at the Slade School of Fine Art in London. Freud’s influence on him is evident in the way he approaches his portraits as a process of examination, understanding, and technical discovery of the human form. Andrews was rather socially reserved, often approaching social events from the perspective of an outsider, which allowed him to observe “behaviour in flux.” His group portrait The Colony Room I (1962), on loan from Pallant House Gallery, Chichester, is an apt example of such an approach. It depicts Freud, Bacon, his model Henrietta Moraes, the club’s owner Muriel Belcher, as well as good friend and picture editor, writer, and photographer Bruce Bernard (1928-2000), whose photographs of the four artists will also be featured at the exhibition.
Friends and Relations: Lucian Freud, Francis Bacon, Frank Auerbach, Michael Andrews is now on view until 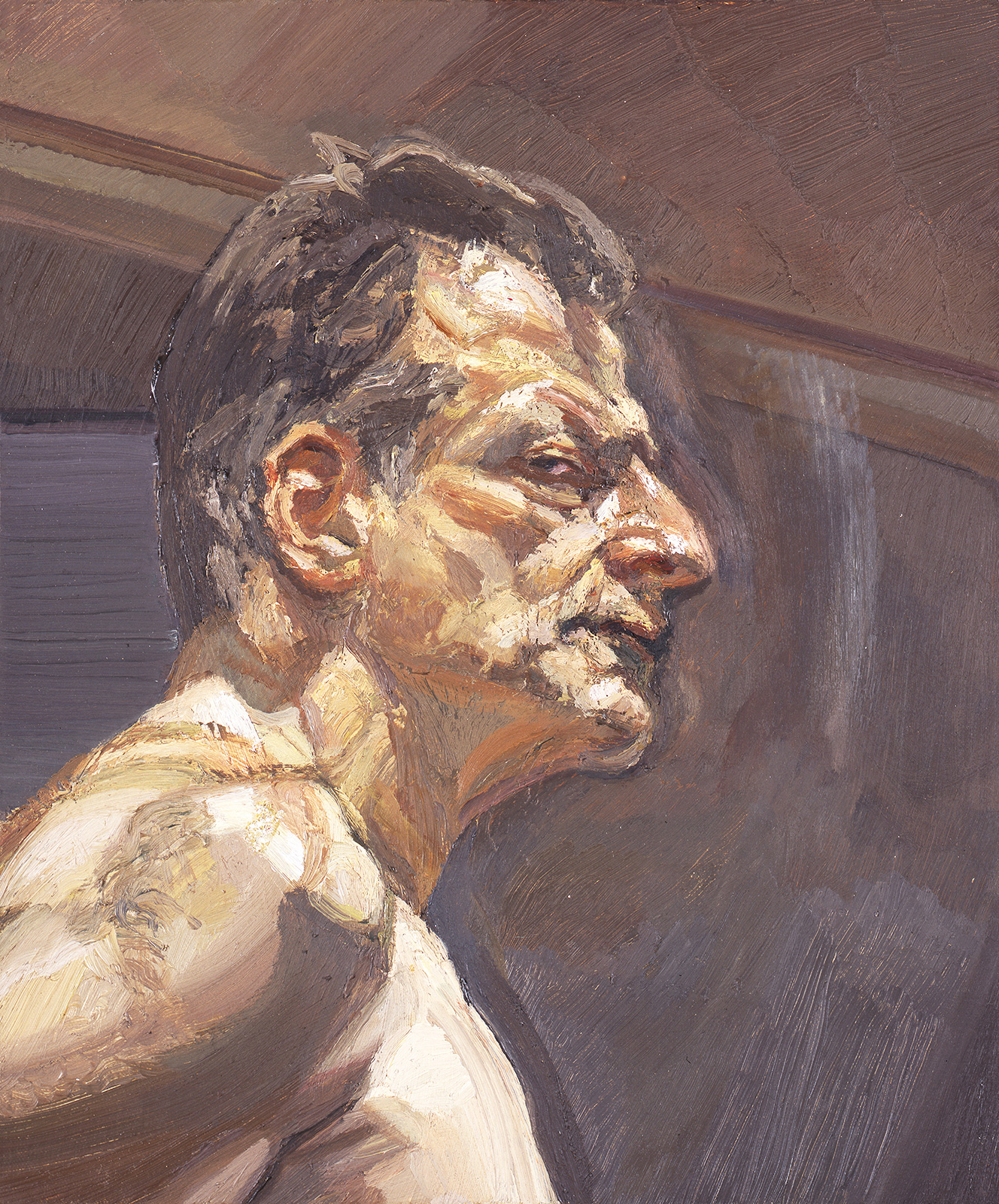 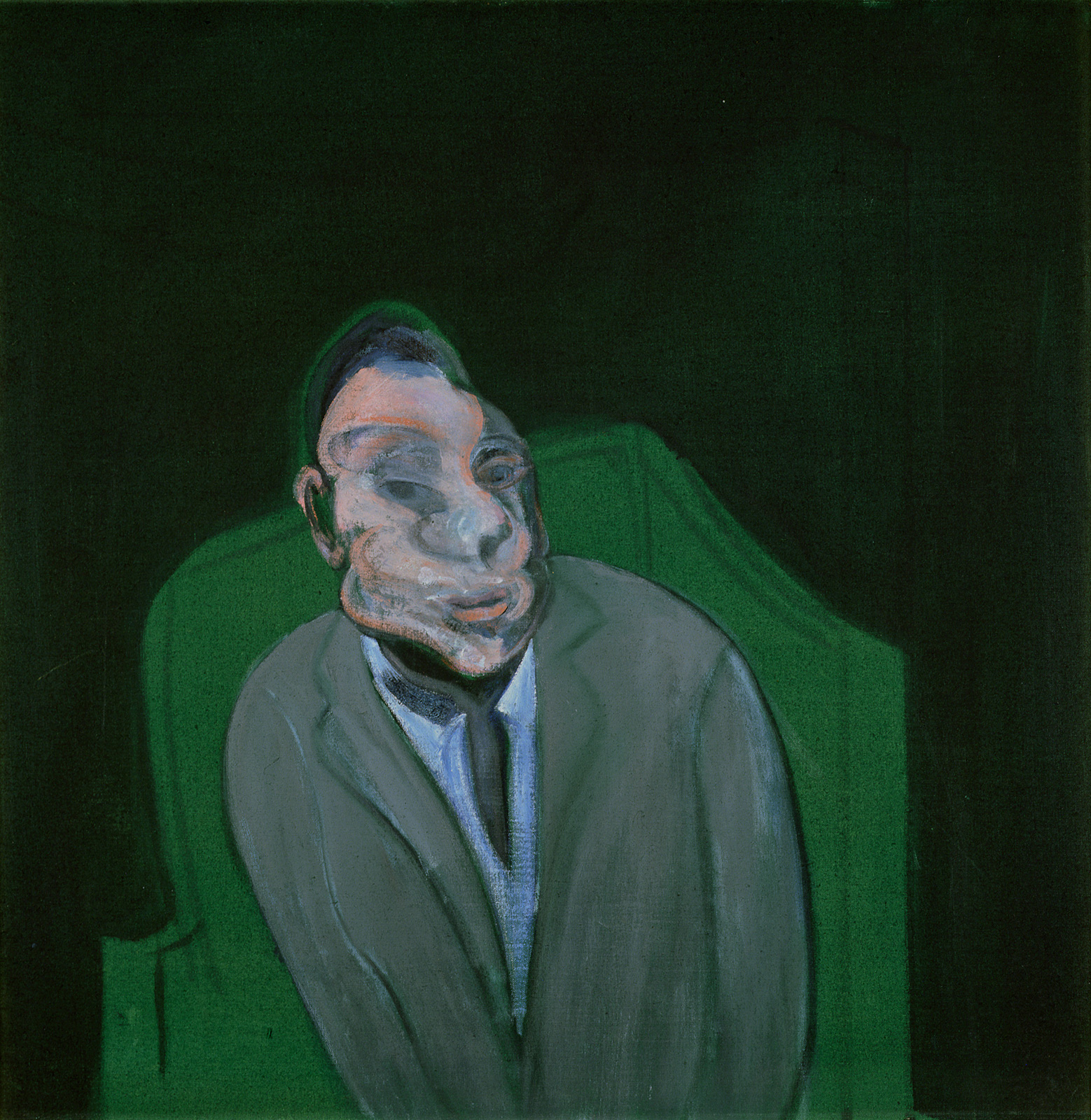 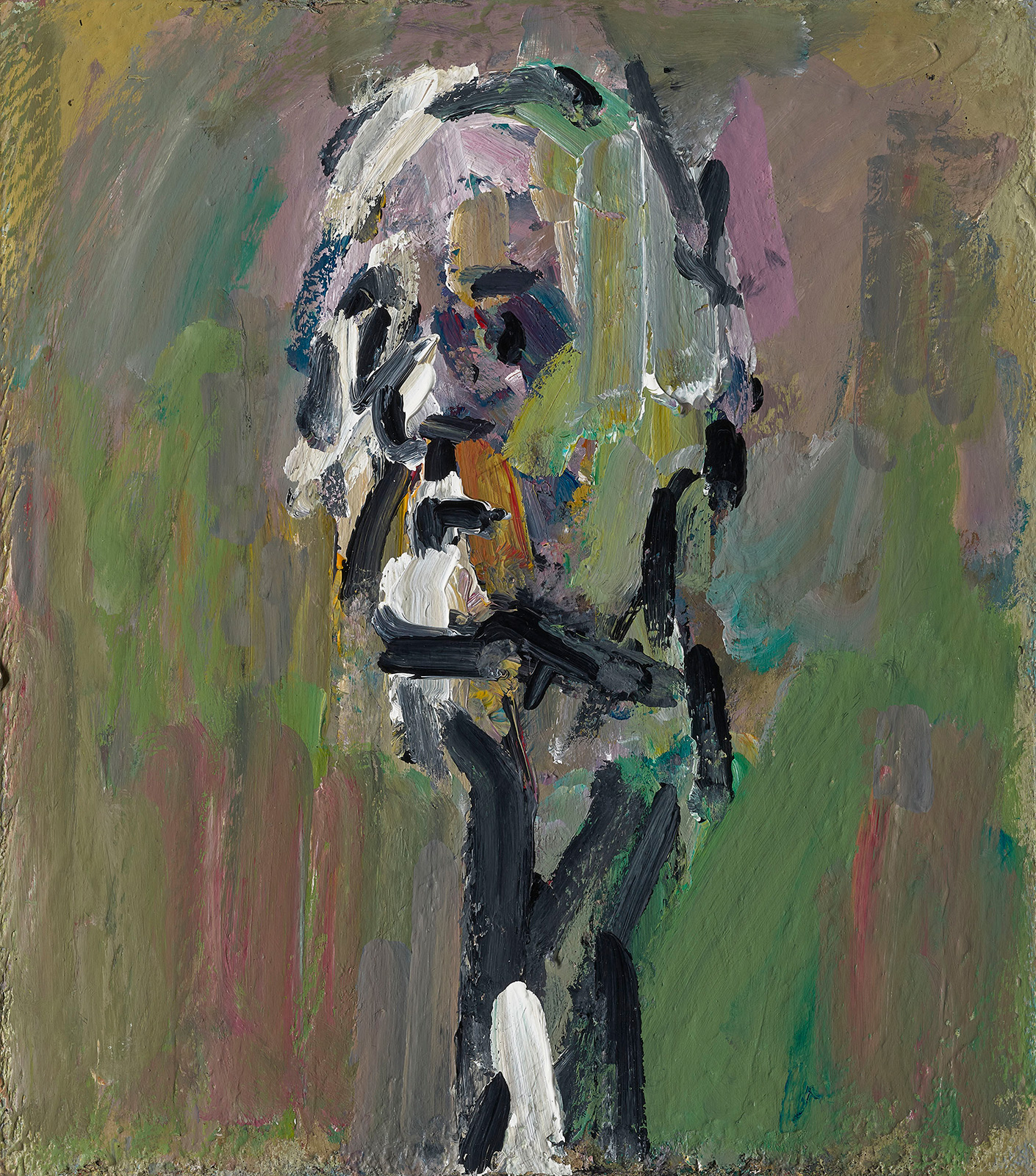 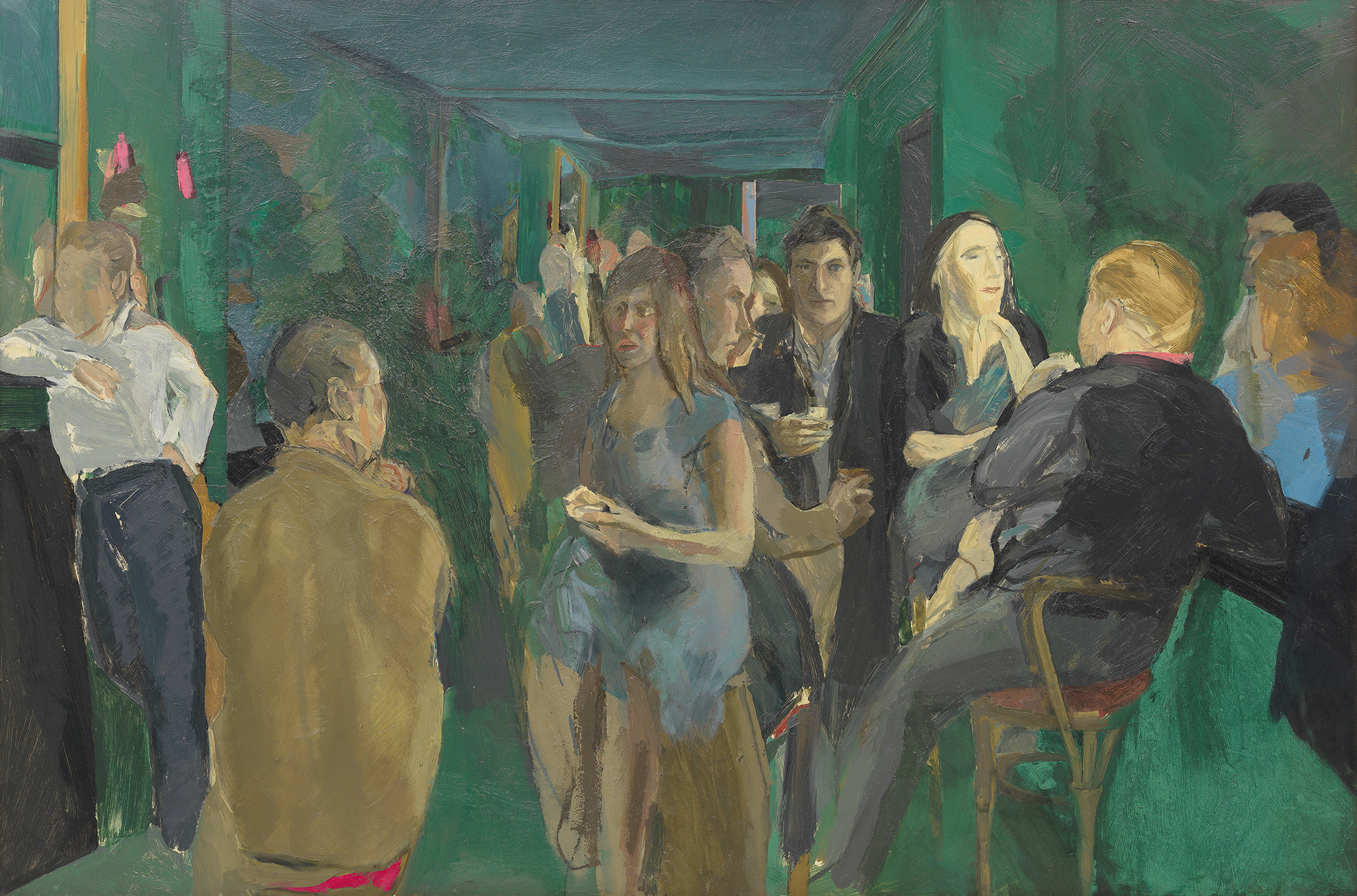 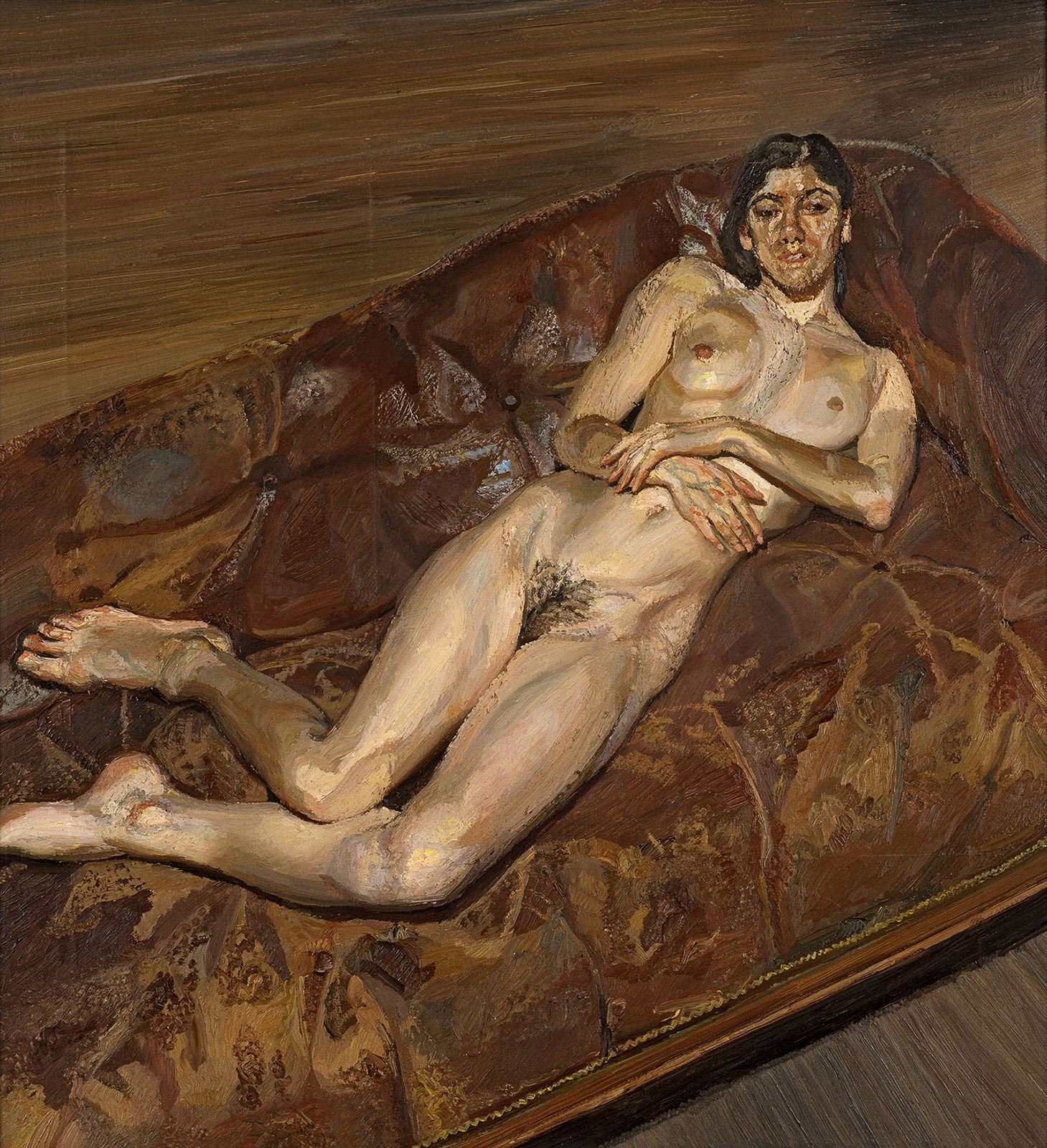