From digital to physical 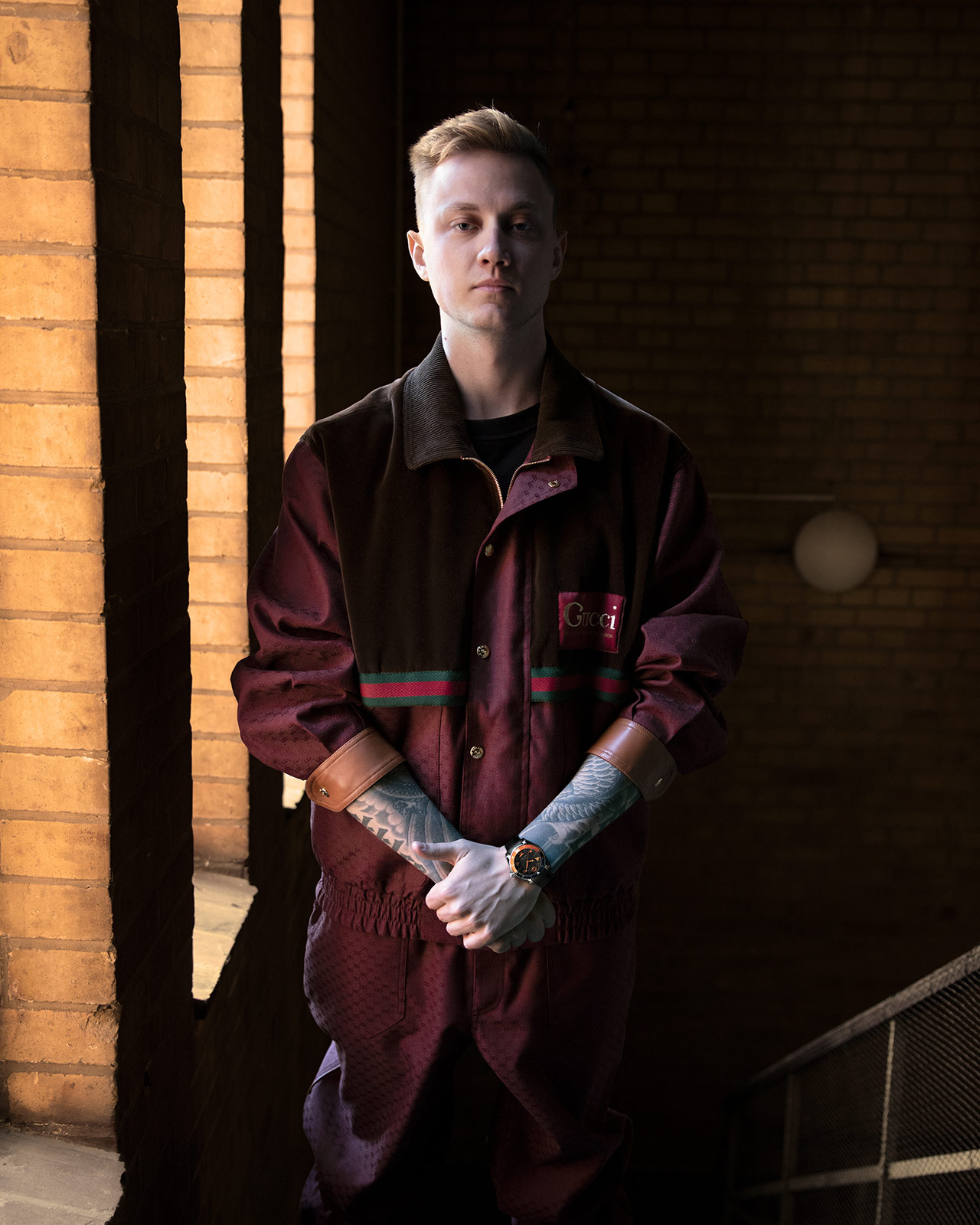 The world of esports keeps growing bigger and bigger – during the global lockdown, the number of players has kept increasing non-stop, and many games including League of Legends have received their first-ever appearances on major US broadcast and cable television networks. After previous capsule collections and projects related to the esports realm – from Gucci Arcade to the House’s collaboration with Tennis Clash –, Gucci is now launching a limited-edition Dive watch in collaboration with Fnatic, the global esports entertainment organisation, which you can buy online already.
Inspired by Fnatic’s League of Legends team – the campaign features its five players: Martin Larsson (‘Rekkles’), Zdravets Galabov (‘Hylissang’), Tim Lipovšek (‘Nemesis’), Gabriël Rau (‘Bwipo’) and Oskar Boderek (‘Selfmade’) –, the collectable Swiss-made watch features the organisation’s logo and signature black and orange colouring, combining a 40mm stainless steel case with a black and orange bezel, black and orange multi-icon indices, and a black rubber strap embossed with the Gucci logo. It’s also water resistant (to 200 metres) and has Super-LumiNova technology accents on hands and indices that light up the black dial, which also displays the GG logo – in gaming vocabulary, GG also stands for ‘good game’.

But there’s more. In addition to the limited-edition piece – there are only one hundred signed watches –, the Italian house launches a new game dedicated to the Dive watch, which will be added in the coming weeks to Gucci Arcade, the section of the Gucci App inspired by video games. As they explain, in the game, called Gucci Dive, “players will dive into an underwater cave with a special submarine bearing Fnatic’s logo in order to collect coins, while avoiding obstacles.” So, if you still haven’t tried them, give an opportunity to esports through Gucci and dive into this popular, ever-growing universe! 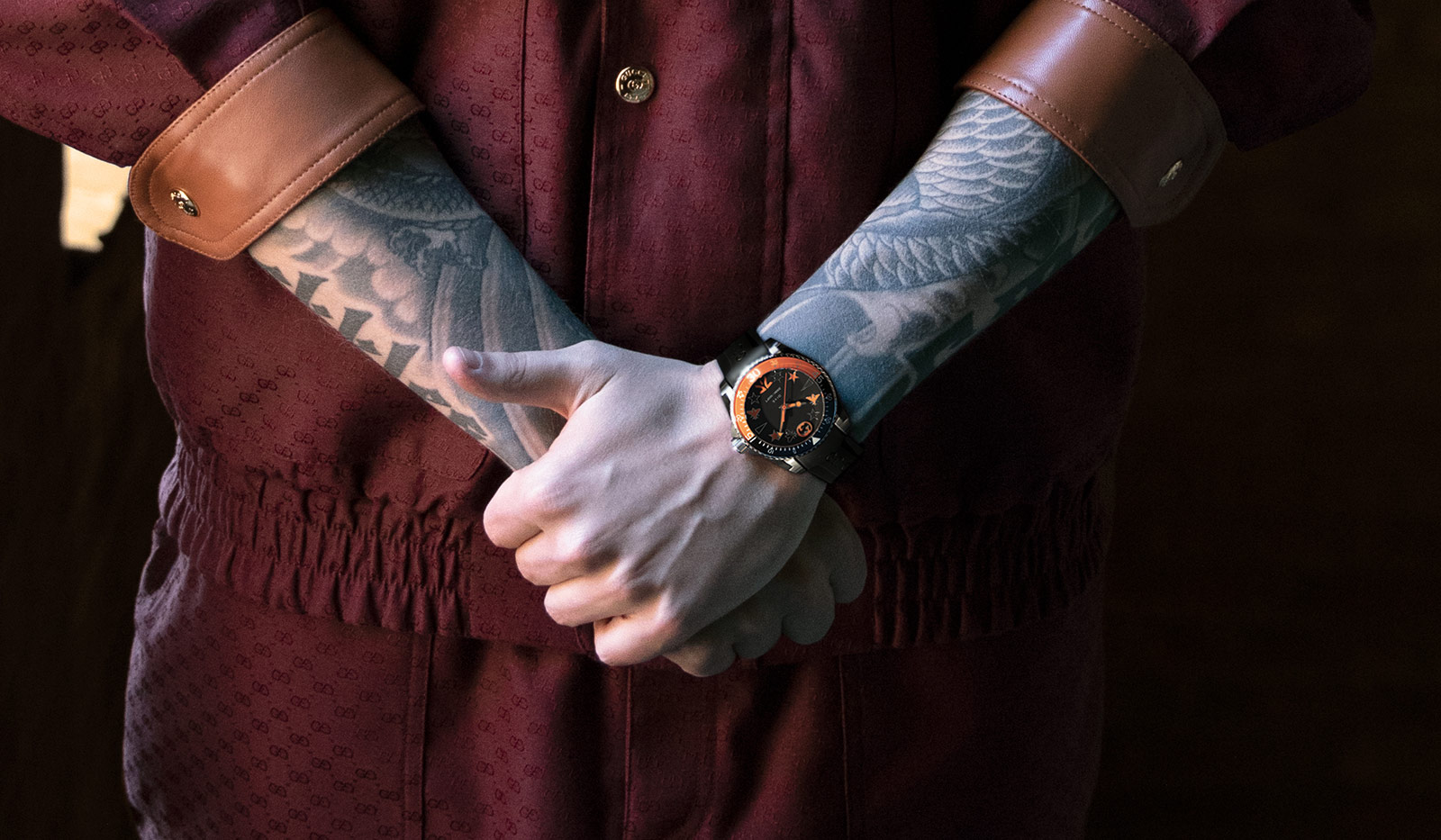 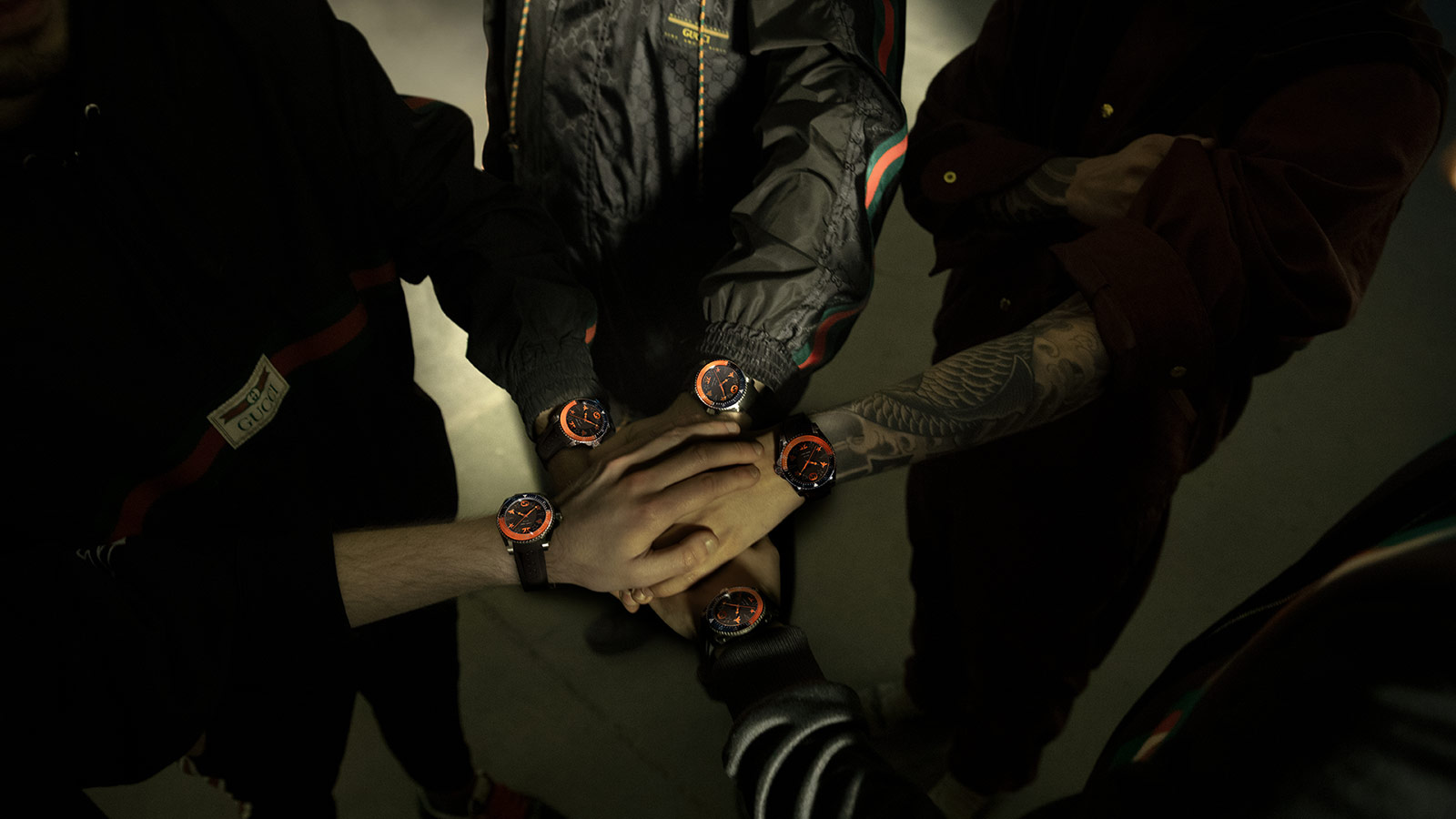