NFTs for the nation 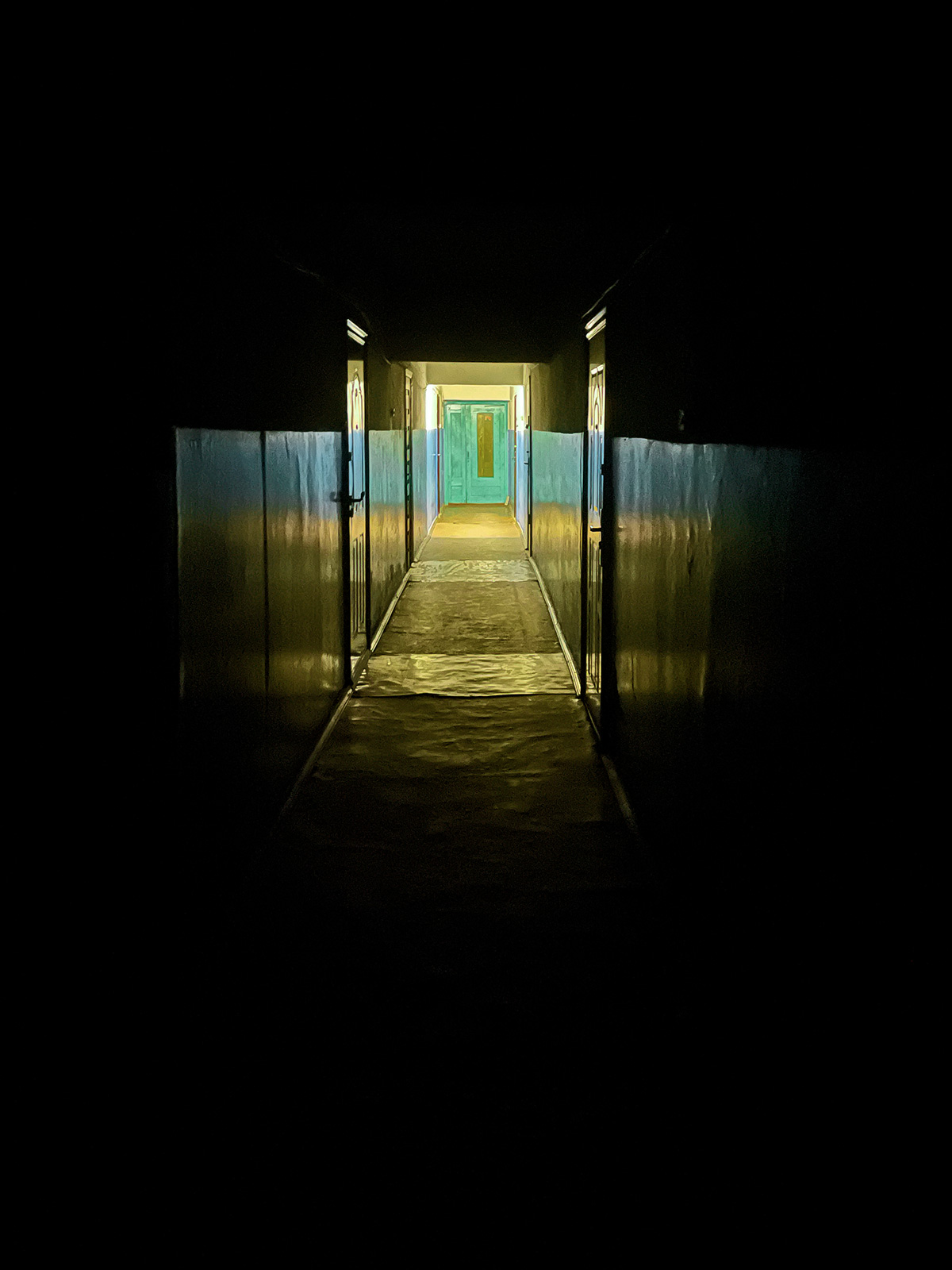 Art is often born in the darkest times. Ffface.me, the Ukrainian-based team of creators, CGI artists, javascript and Unity engineers, know this best of all. Putting their own artistic spin on the ongoing conflict between Ukraine and Russia, this company has created a collection of NFTs named Ukrainian Power Artifacts to not only spread the values of hope, endurance, and the Ukrainian spirit of strength but to raise money for the Ukrainian Army, donating all proceedings to their fellow Ukrainians risking their lives for their homes.
Ffface.me, rreferred to as an Augmented Reality Studio, is revered for their collaborations with brands and artists worldwide, creating over five-hundred Instagram filters, generating over one billion impressions from these, and boasting over fifty million photos and videos taken using their filters. They made more than ten digital clothing drops, launched their own virtual influencer and produced various Art NFTs. Alongside this, they work in AR App development, and educate business and developers in the usage of AR technology.

The company is well-known for its previous work with Pepsi, Schweppes, Puma, Danone, Durex, Porsche, Toyota, Maybelline New York, La Roche-Posay, Logitech, Lenovo, Bosch, Xiaomi, Huawei, Samsung, Harpers Bazaar, Bacardi, Jagermeister. One of the latest project chipping for Monobank received European Content Awards Gold and Global Social Media Awards Shortlist. Allowing those working from home and in quarantine to stretch and exercise in an immersive way lessened the headaches and stress caused by neck problems that had skyrocketed from 2020 onwards due to the pandemic.

In response to the horrific war spreading through their country, Ffface.me has inserted a little more humanity and hope into Ukraine through their new NFT collection Ukrainian Power Artifacts, which not only fund the Ukrainian Army, but exist as images of power – going as far to promise their buyers metaphorical protection and spirit through their art, their CEO stating it is similar to the notion of the buyer of the original art object receiving a piece of the author’s soul. The collection consists of three NFTs serve as a way to claim back the destruction in their country through their ownership, focusing on the withstanding perseverance of their people.

The first NFT in their collection, entitled Mother of Power, was sold on the first day of its release. It features an image of Kyiv’s Motherland monument holding up her sword and shield in front of the planet Earth, protecting the globe from calamity. Her shield shines in the striking blue and yellow of the Ukrainian flag, acting as a beacon of hope and motherly protection for not only Ukraine, but the planet, creating a sense of community against war. The owner of this work has been promised protection from intrusion into their personal space, and protection against inhumane behaviour. 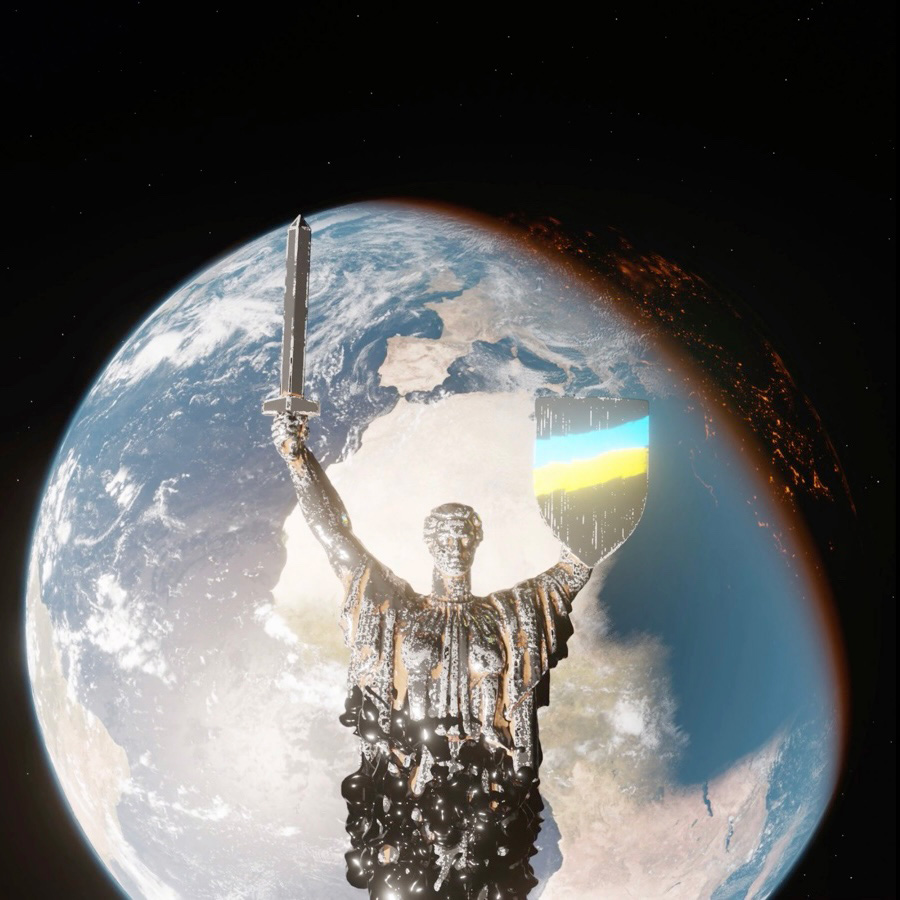 The second, Soul Power, is an image of the Ukrainian digital influencer Astra Girl – who is a living CGI influencer on Instagram – holding the world on her shoulders, with the looming presence of an invisible threat above. This NFT tackles inequality of powers and dread and promises its owner the ability to look inside themselves and find solutions in hard times forced upon them. Astra Girl herself has also been writing War Diaries since the outbreak of conflict in Kyiv and donates fifty hryvnias (the equivalent of one point six US dollars) for every repost on Instagram these receive to the @savelife.in.ua fund. 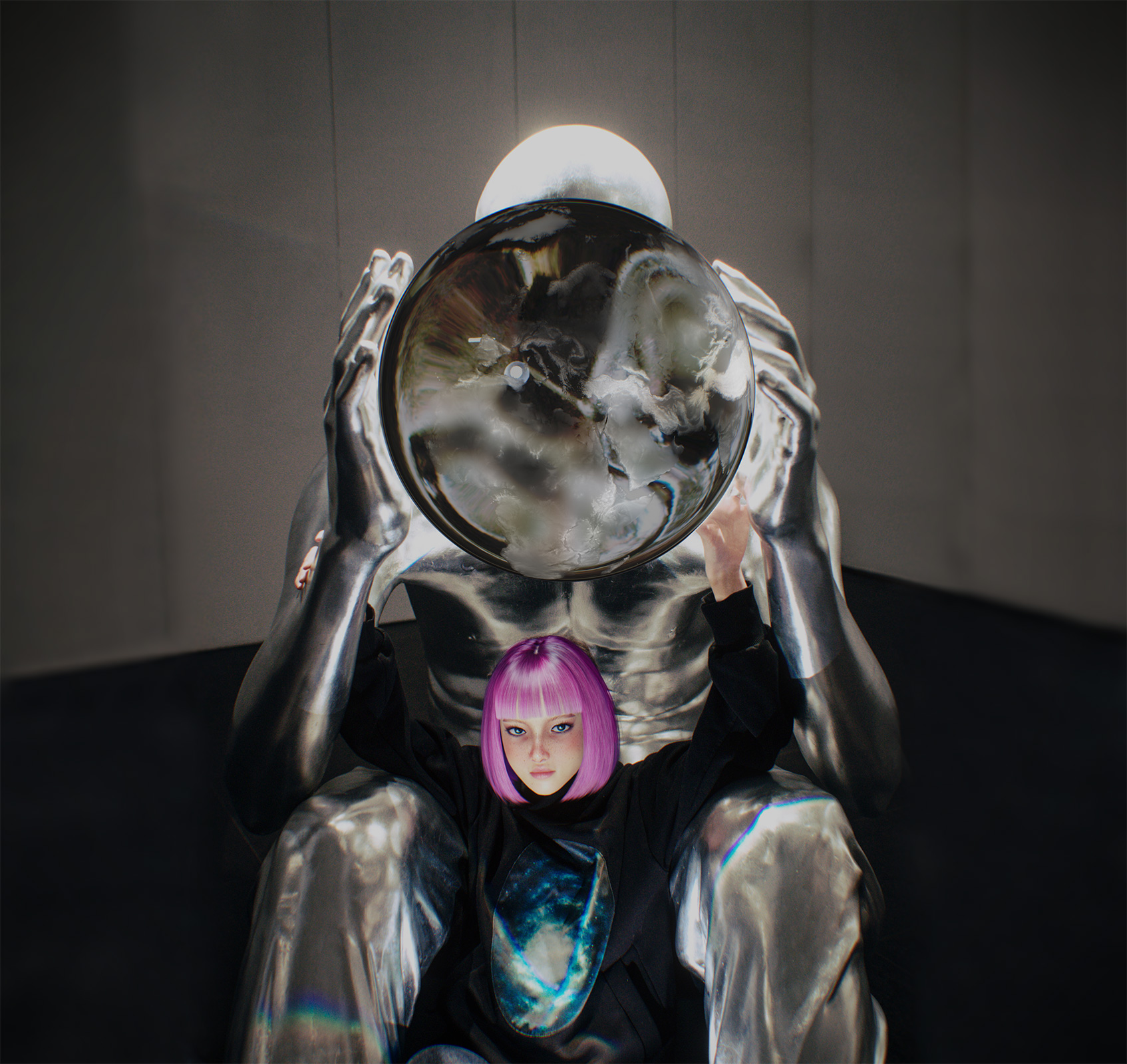 The final NFT in this collection is the most personal and reflective, born from a photograph the CEO of Ffface.me Dmitry Kornilov took, while hiding in a bomb shelter. This piece in untitled, and is much less manufactured than the rest, presenting the image to you in the stark reality of undoctored fear and endurance. The photograph depicts a long lobby in the bomb shelter, and how the light at the end of the dark corridor reflects blue and yellow against the walls, tying in with the Ukrainian flag and creating a powerful visual metaphor of ongoing national pride through strife, and the unity of the Ukrainian people through hope. The owner of this NFT has been promised the ability to see a way out of any situation.

The natures of these NFTs, both bold and thoughtful, are drenched in Ukrainian hope and power. Little acts of rebellion, such as these, allow the Ukrainian voice to shine through this ongoing conflict, and Ffface.me ensures us that they will be heard.