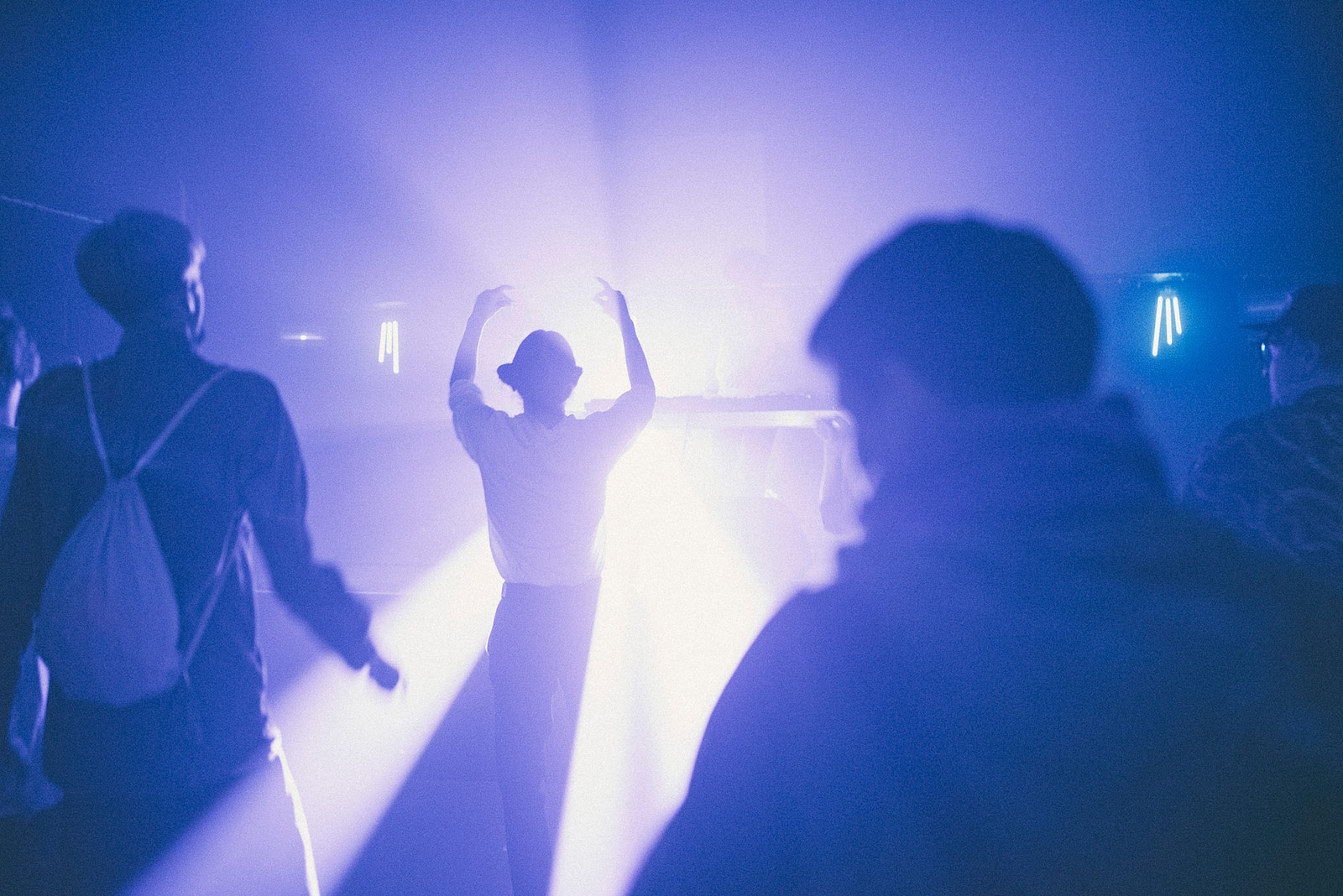 Breaking out of the usual festival circus, Elevate Festival focuses on music, arts and political discourse and will turn the city of Graz (Austria) into an underground celebration of pioneering creativity while programming concerts, exhibitions, talks, and parties from February 28 to March 4.
Just like Sónar in Barcelona, the Elevate Festival in is part of the We are Europe campaign aiming to foster European music culture, cultural innovation and creativeness. We took a closer look and figured out more about the festival’s importance to the local scene and what to expect from this year’s edition.

A two-hour ride from Austria’s capital, Vienna, you will find the country’s second biggest city: Graz, which has been aiming to also establish a serious cultural reputation for itself. Having been a Unesco world heritage site because of its historic city centre since 1999 and being a City of Design since 2011, the town finds itself in a constant stop-and-go situation somewhere in between stagnation and motion. Due to the political situation, having a conservative mayor for years and the recent success of Austria’s populist right winged party, the town’s young creative scene has been struggling to unfold and grow. 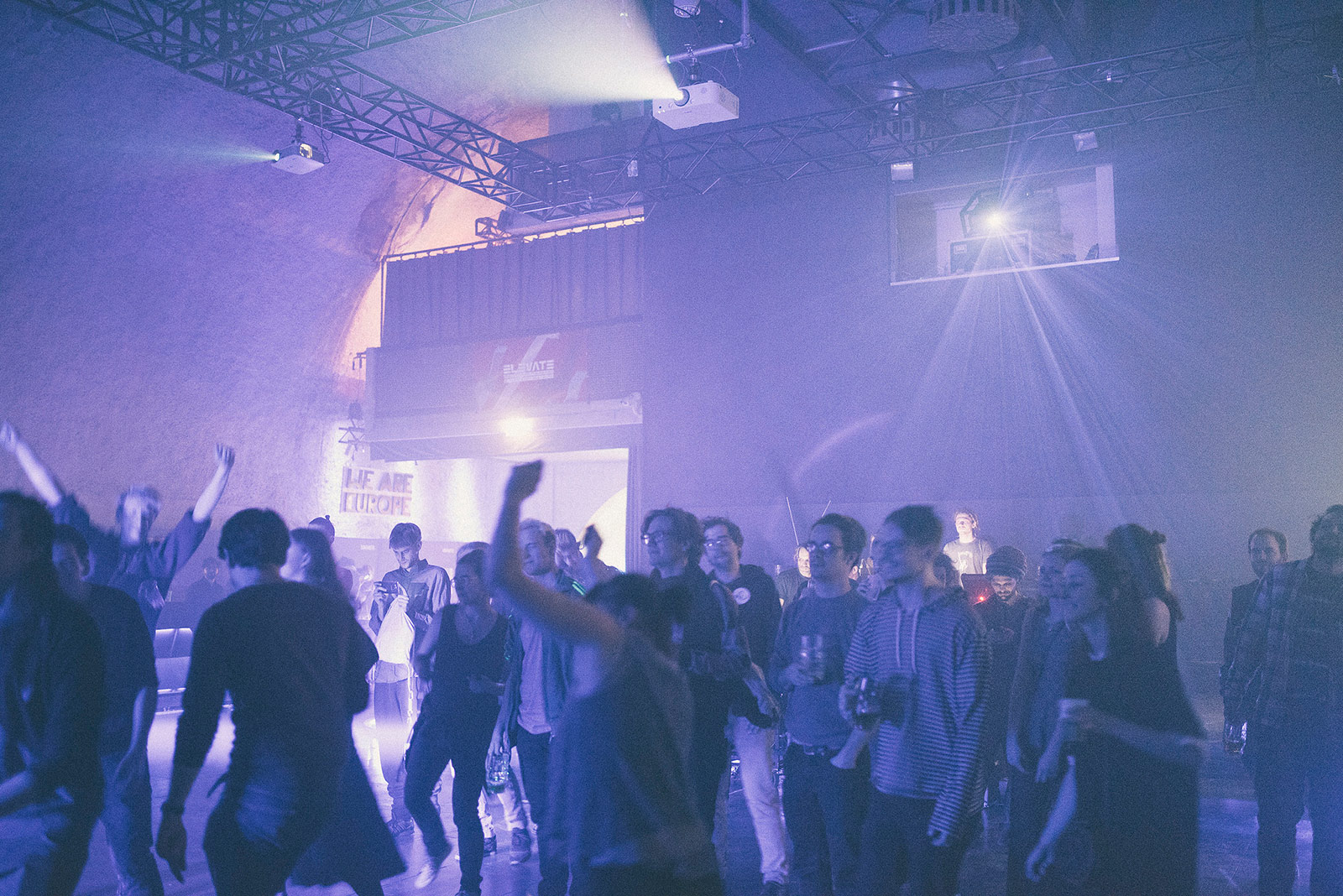 While facing a lot of regulations, including the closing of clubs that played a central part in the local subcultural scene and strict closing hours, there is always a need for stable institutions to pursue the interests of young people by representing and also inviting people of vibrant and progressive power to the region. One of these so deeply needed forces that has been shaping the city’s scene for the good for over ten years now is the Elevate Festival for Music, Arts and political discourse. Founded as an innovative platform to highlight interdisciplinary cultural exchange, the Elevate has since managed to make itself a name as one of the most forward-thinking festivals when it comes to mixing a political discourse program with strong musical and artistic line-ups.

The theme of 2018’s edition is risk and courage, picking up on topics such as civil rights, peace treaties, minimum wages, women's suffrage and freedom of expression. What Elevate has especially managed over the years is developing a specific taste when it comes to picking up on underground talents. Even more, skilfully blending newcomers with more established figures of an internationally connected scene. Situated in various central venues around the Schlossberg, the main locations make the experience a special one.

The hill is located directly in the city centre and is home to the tunnel floor and the Dom im Berg, which is literally a huge cave inside the little mountain. While the dome provides the right vibe for concerts and audio-visual shows, the tunnel gets all heated up and sweaty through the festivals famous party nights – positioning itself as the perfect site for a proper rave. 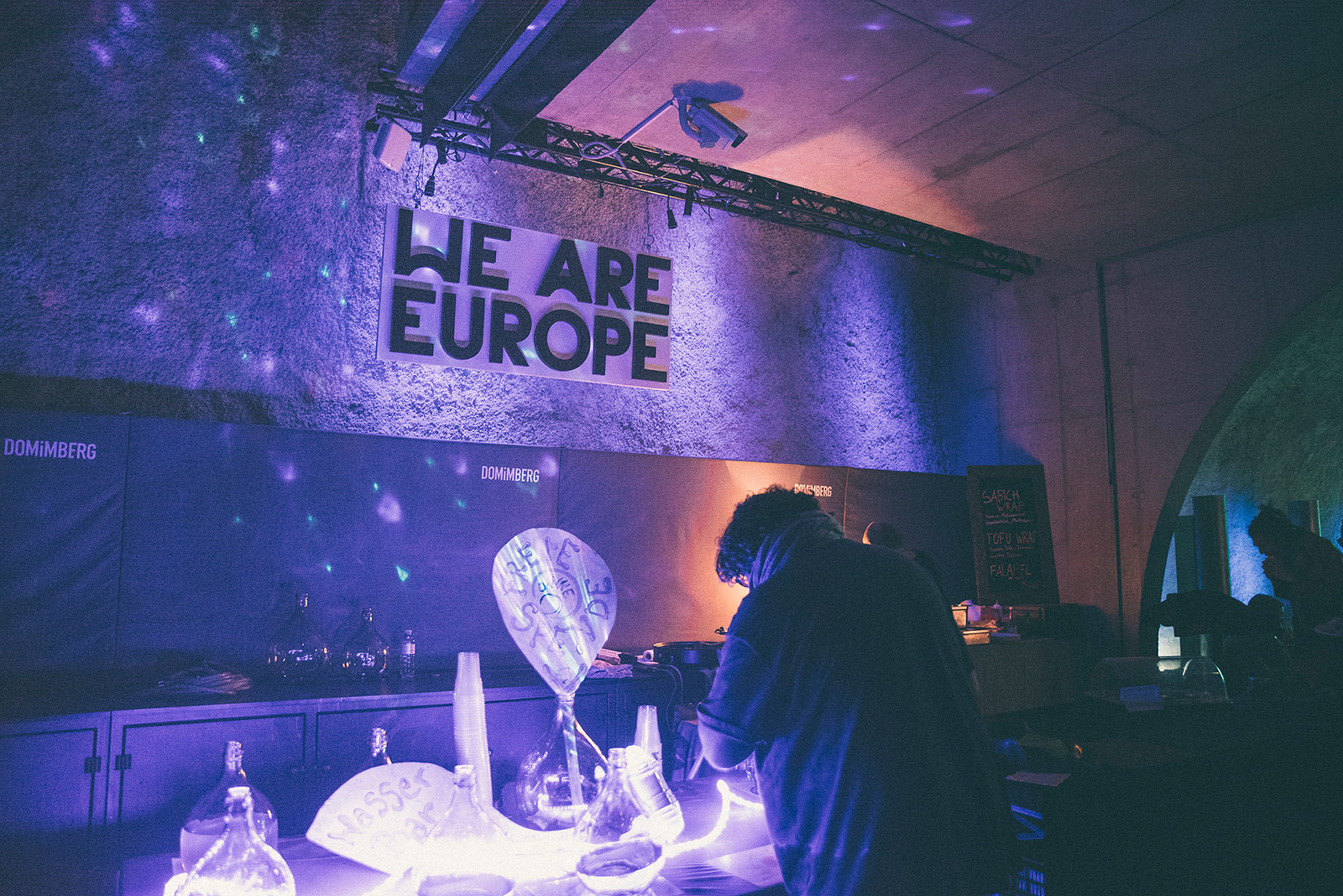 Unique bookings and a spirit of activism come together when acts like John Maus, Ben Frost, DJ Deeon and Nosaj Thing meet an opening talk held by WikiLeaks founder Julian Assange. Or events featuring human rights advocate Tara Houska accompanied by a long list of panels and workshops held by experts of each section.

For this year’s happening they even present a larger scaled artistic agenda with an own residency program inviting UK media artist Andy King to the city of Graz and working closely with regional institutions. There for sure is a distinct focus on digital media art this time around which can also be seen in Adam Harvey’s exhibition Machine Learning City, which seizes issues surrounding the right to one’s own image in the context of urban discourses such as surveillance, public space, and digitization. Also to mention here is that the organizational body of the festival is a non-profit association. Therefore all the discourse and film program of the festival is free of charge.

Even though the city government’s restrictive actions and the few opportunities a smaller Austrian town can offer caused creatives to move to bigger cities – often taking a lot of potential from their place of origin with them –, Elevate brings them back together and adds international talents on top ending up in creating a unique atmosphere year after year. The festival shifted over time and by now isn’t anymore something that only Austrians shouldn’t miss.

Elevate Festival is taking place in different venus of the city of Graz (Austria) from February 28 to March 4. To check the full program, visit their webpage. 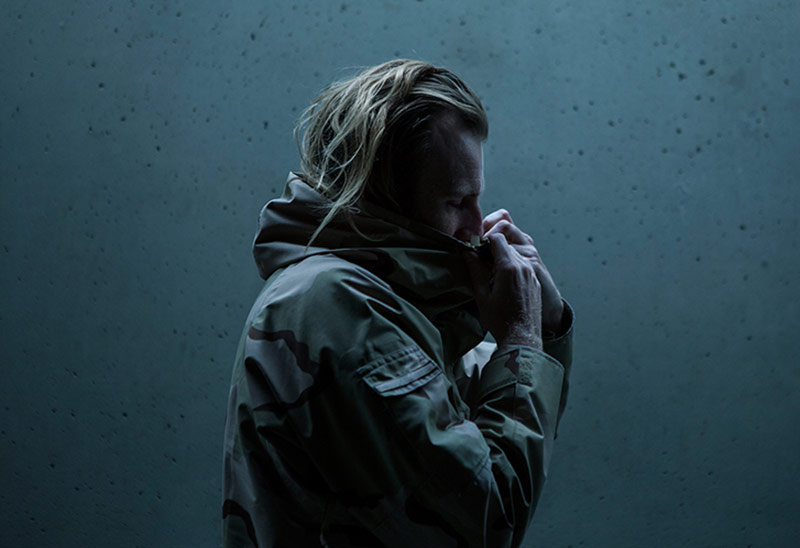 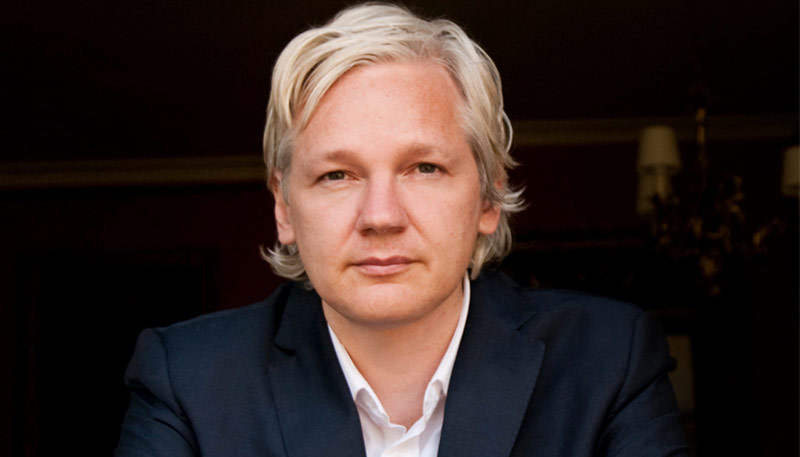 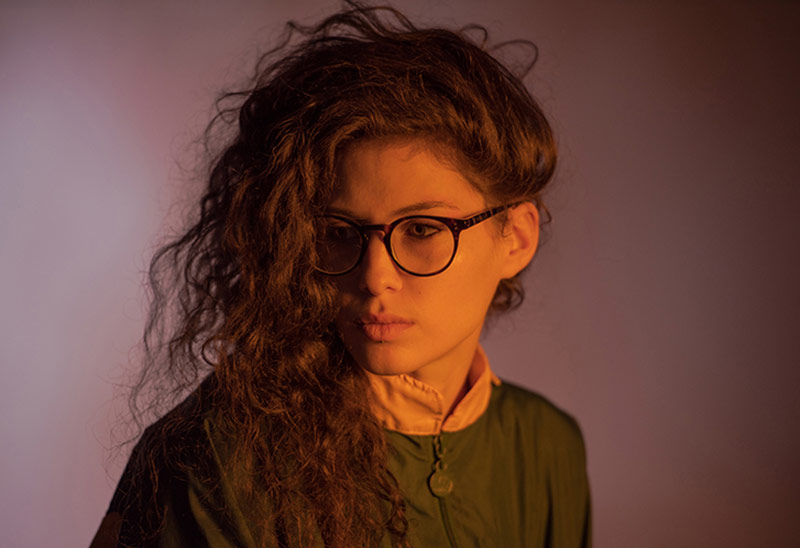 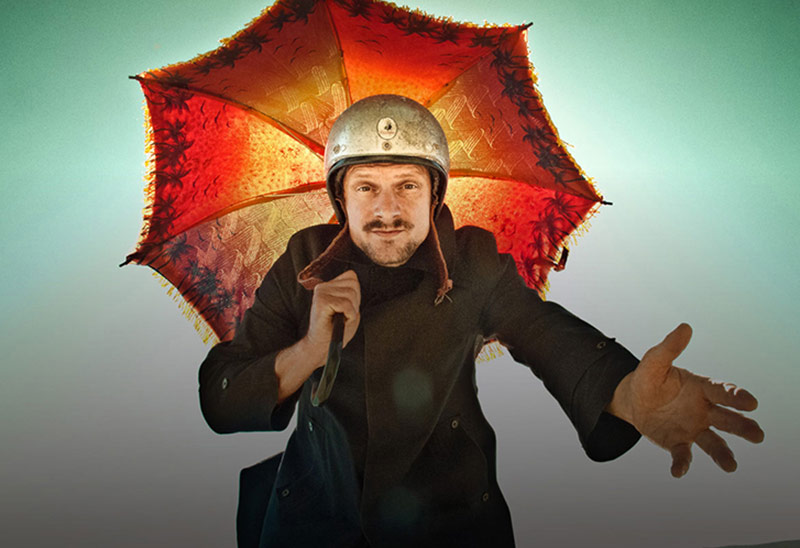 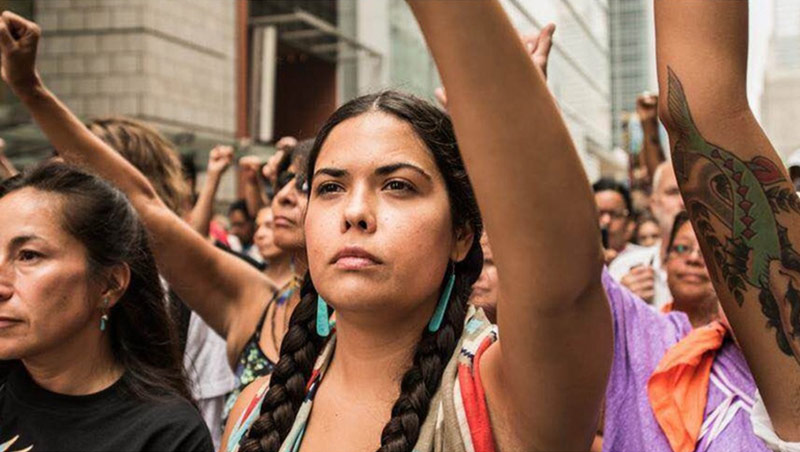 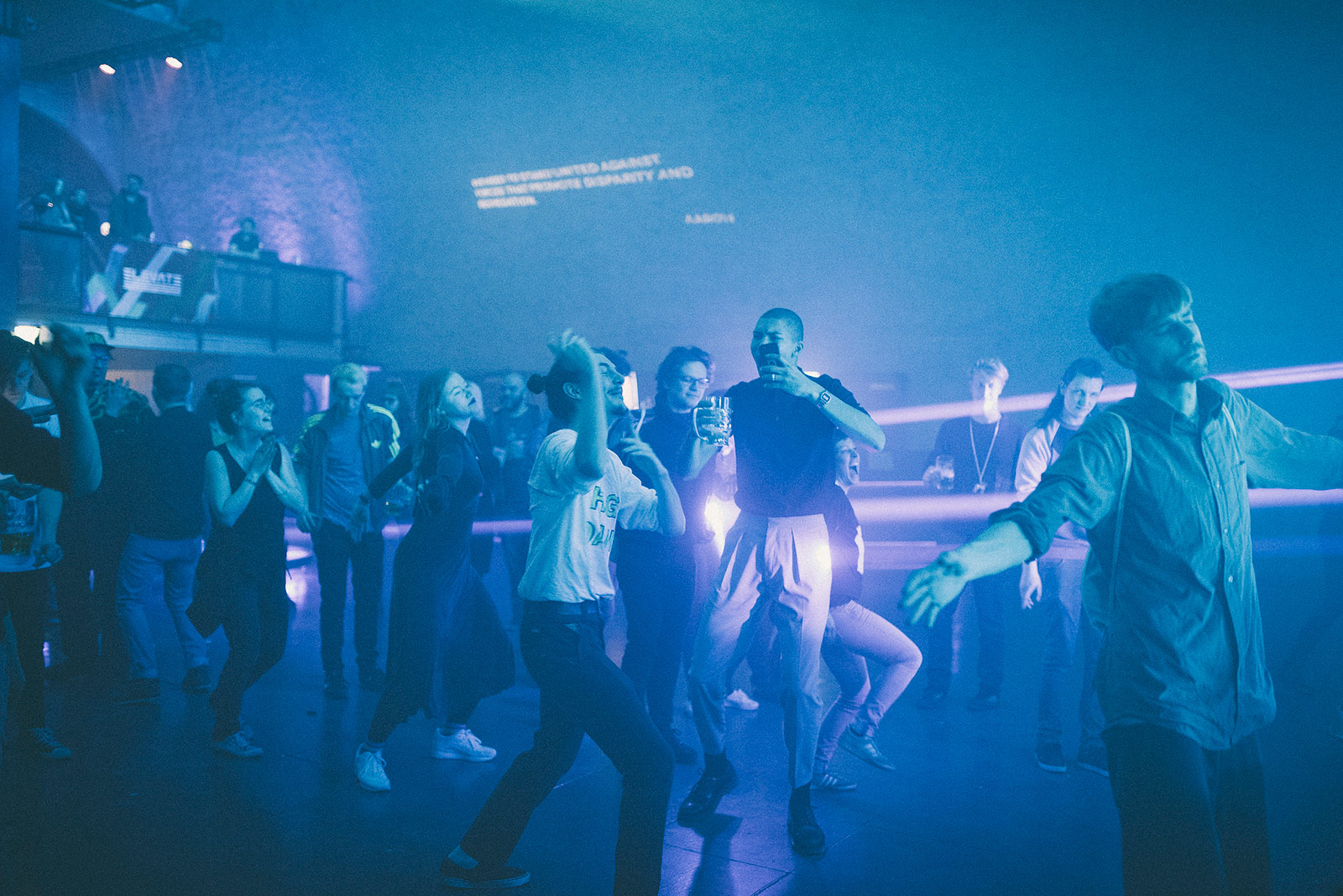