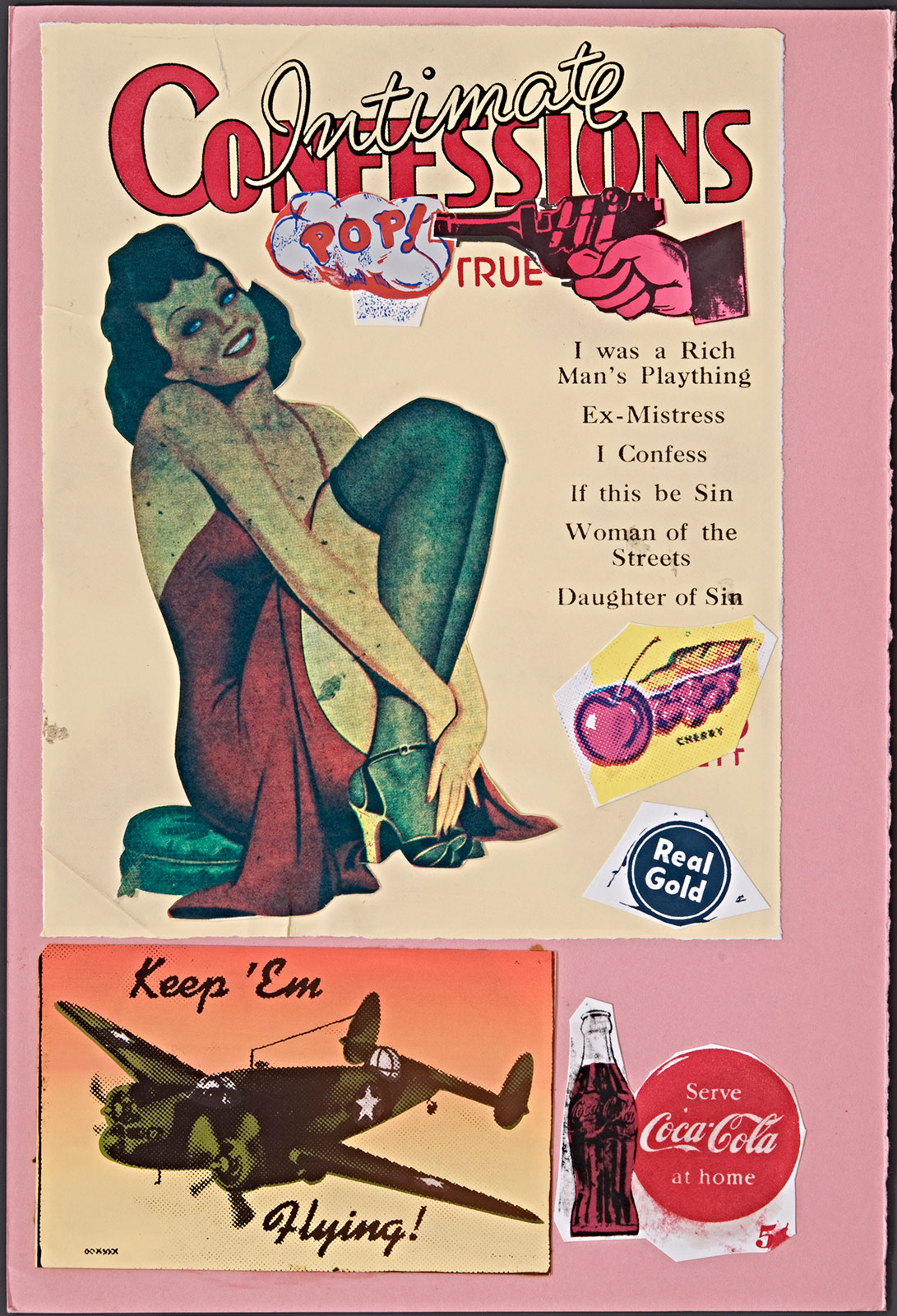 Irreverent, innovative, co-founder of the London Independent Club, and one of the initiators of Pop Art. Eduardo Paolozzi is a key figure in contemporary art, and the Berlinische Galerie is paying homage to him by presenting one of the biggest retrospectives to date about the British artist, inaugurating on February 9. Pin up girls, aliens, comic books, robots, and lots of collage are the main subjects of the comprehensive exhibition, titled Eduardo Paolozzi. Lots of Pictures – Lots of Fun, on view until May 25. 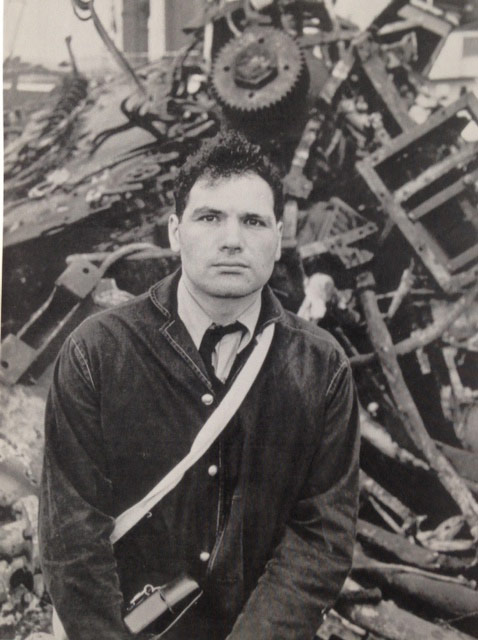 The show is based on last year’s retrospective about Paolozzi’s work held at the Whitechapel Gallery in London. But the Berlinische Galerie is bringing even more works and focuses especially on the most experimental ones – those that attracted much international acclaim. The show is divided in four different chapters. The first one is dedicated to his early works, including drawings and sculptures from the ‘50s that were much influenced by Surrealism. The second one is characterized by his increasing interest in pop culture, magazines and comic books – from which he started making collages – as well as his intention to break with tradition and use new industrial processes to create.

The third chapter revolves around a turning point in Paolozzi’s career: his stay in Berlin from 1974 to 1975. Based in Kreuzberg, one of the coolest neighbourhoods of the city right now, the British artist produced many pieces, including a mural that, unfortunately, hasn’t been preserved. However, he explored new ways of expression and worked on a more graphic line, creating cityscapes, topographic maps, and circuit boards. To end the exhibition, the final chapter enhances the artist’s pioneering spirit, his irreverent approach to art, and his innovative way of creating.
Eduardo Paolozzi. Lots of Pictures – Lots of Fun will inaugurate on February 9 and will be on view until May 25 at Berlinische Galerie, Alte Jakobstraße 124–128, Berlin. 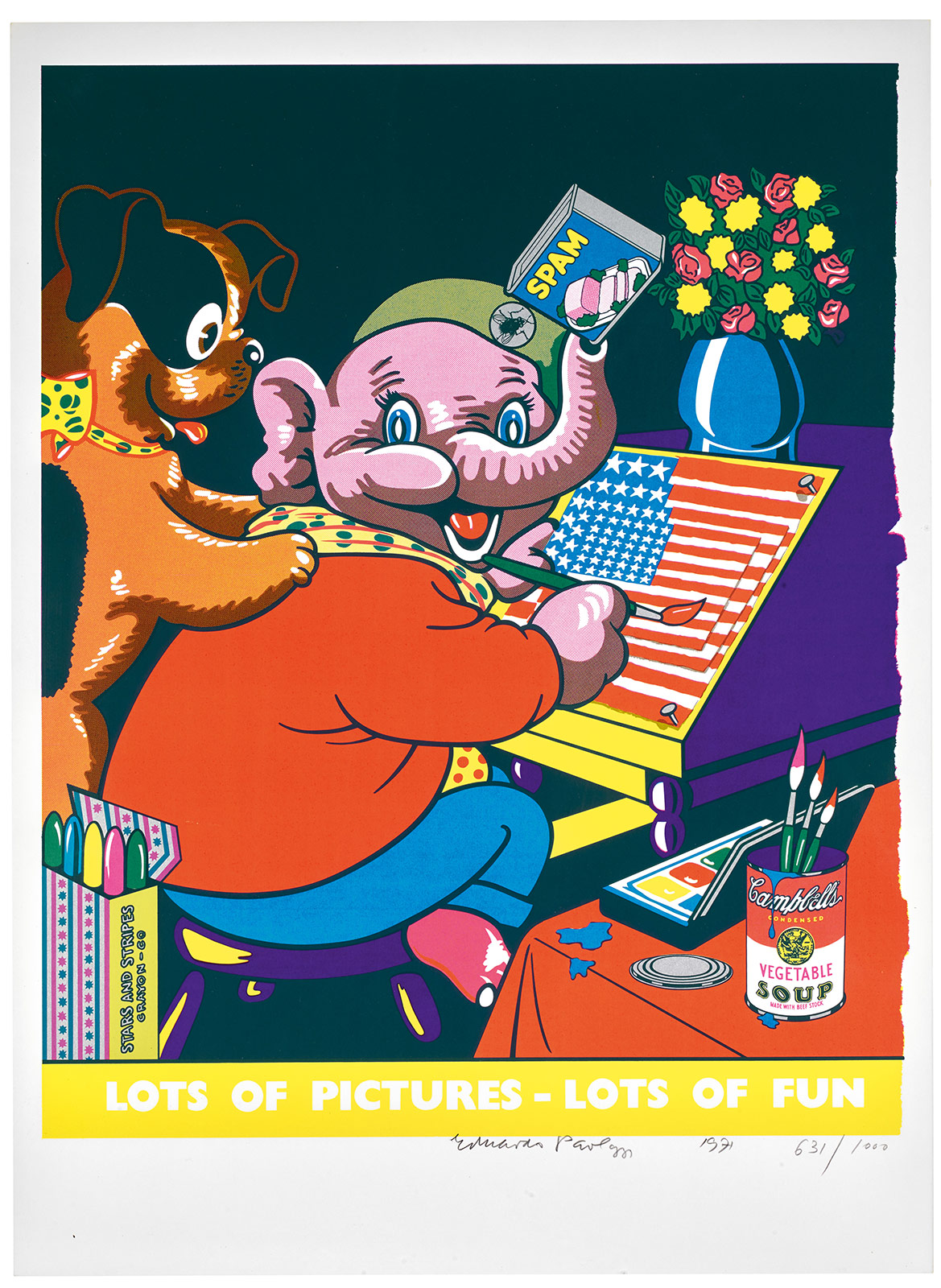 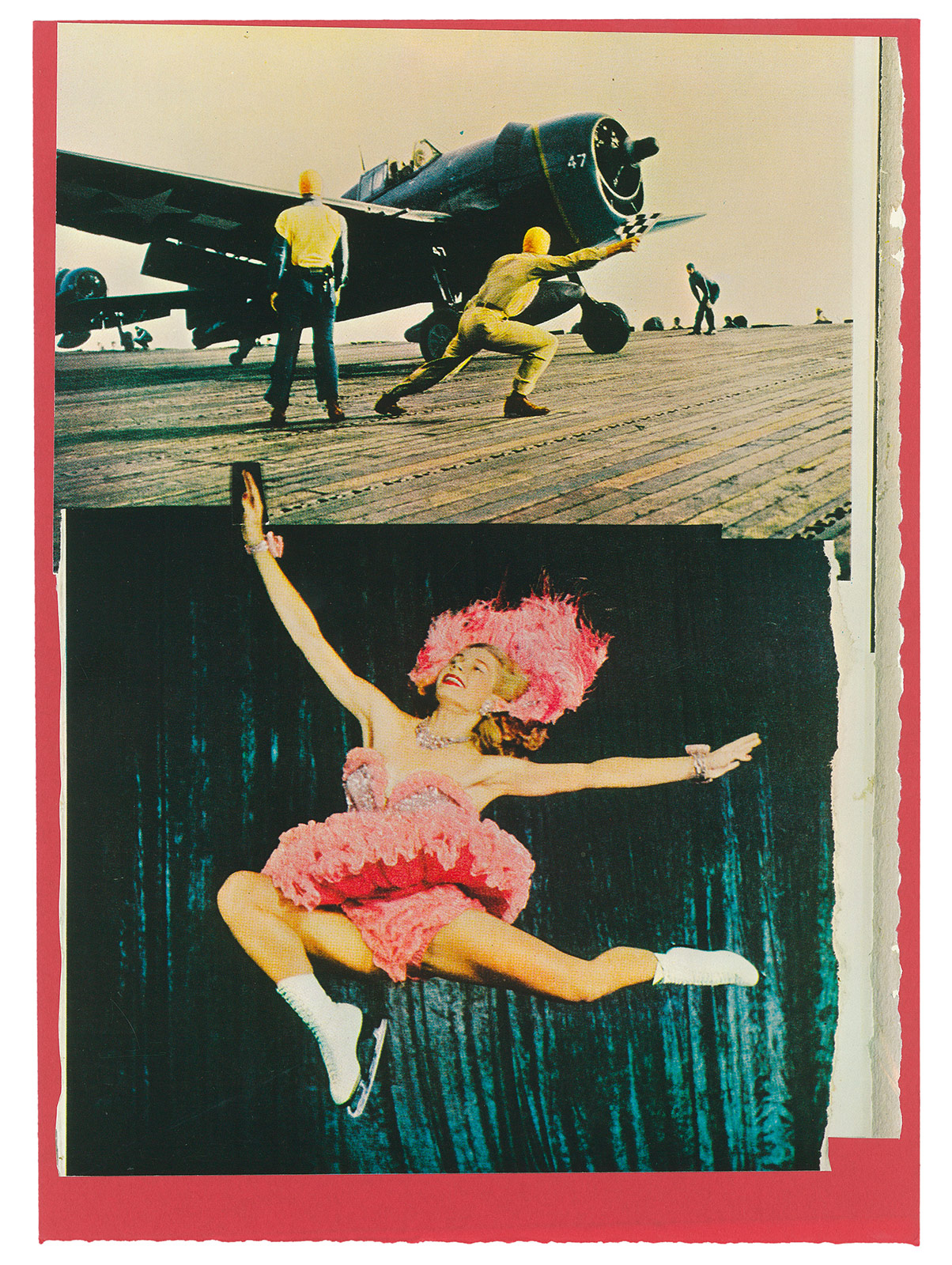 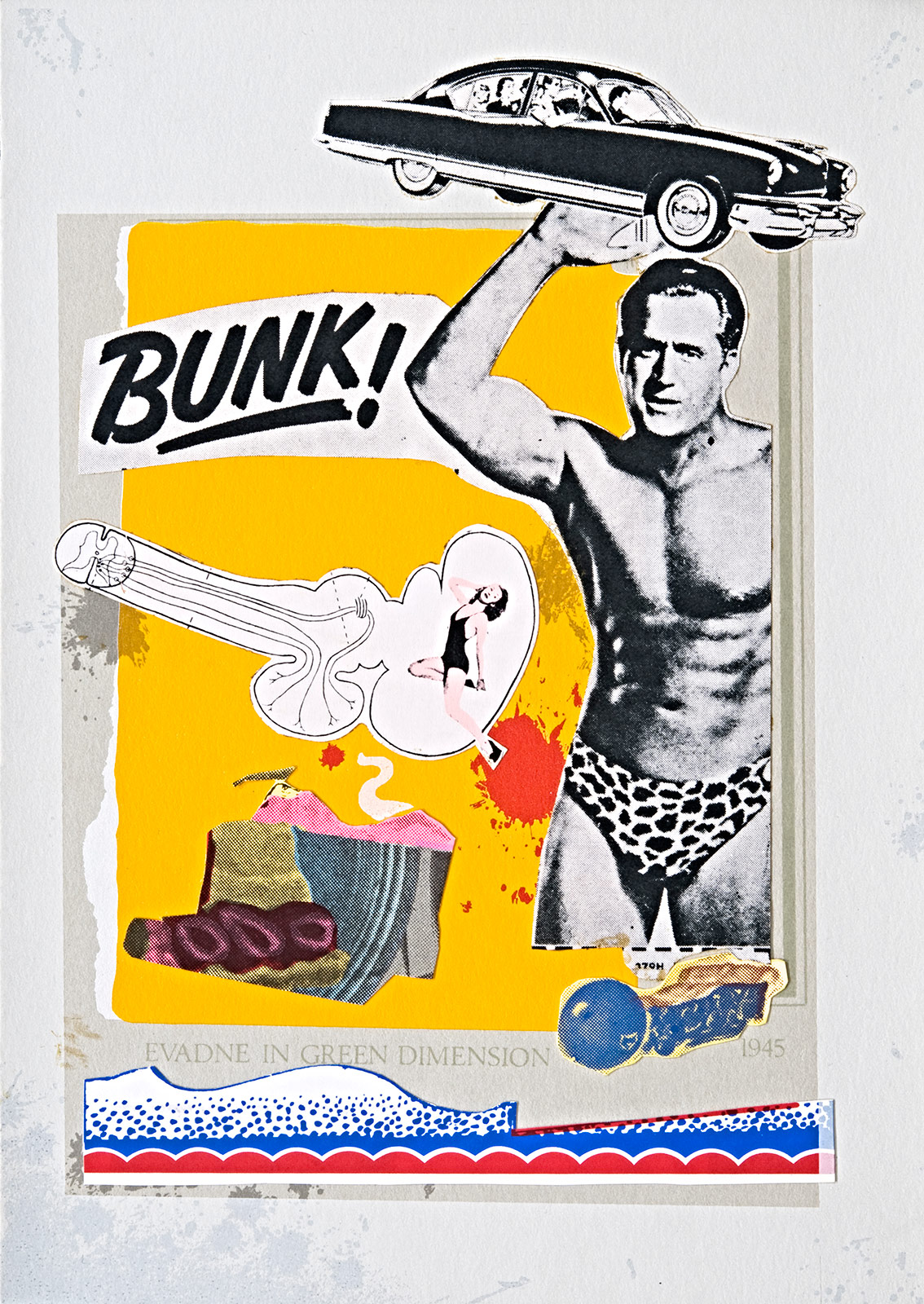 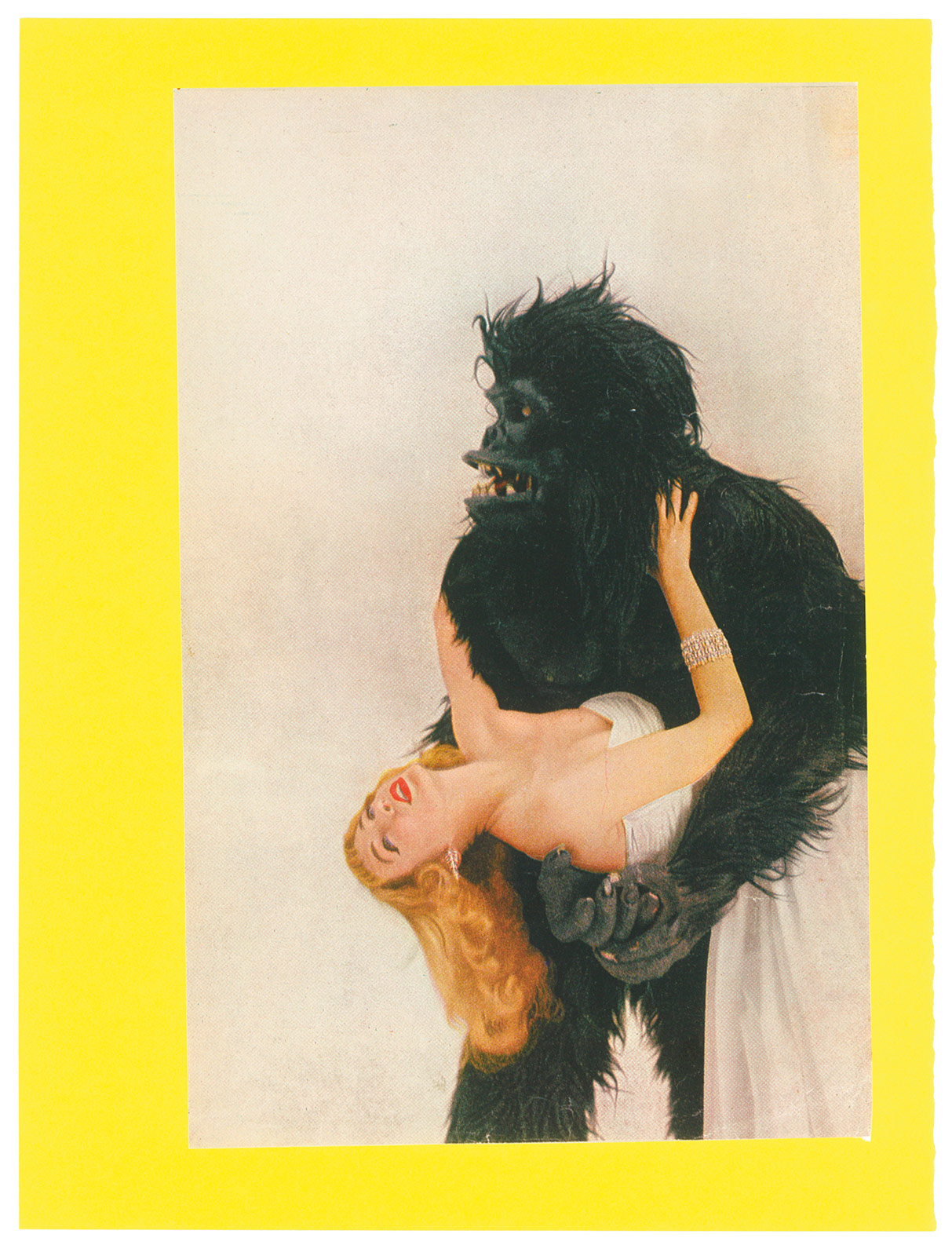 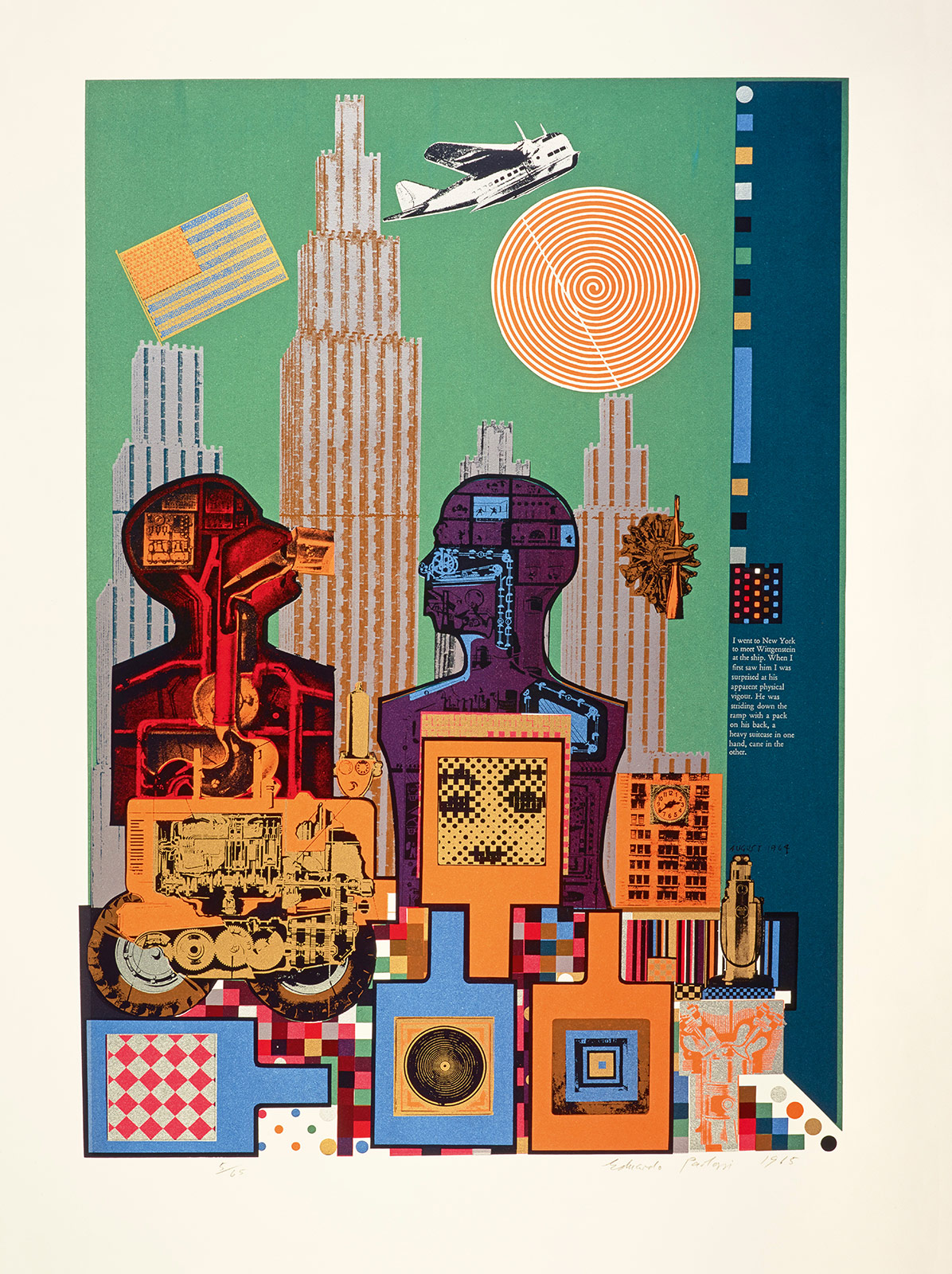 Eduardo Paolozzi, As is When: Wittgenstein in New York, 1965 © Trustees of the Paolozzi Foundation, Licensed by/VG Bild-Kunst, Bonn 2017