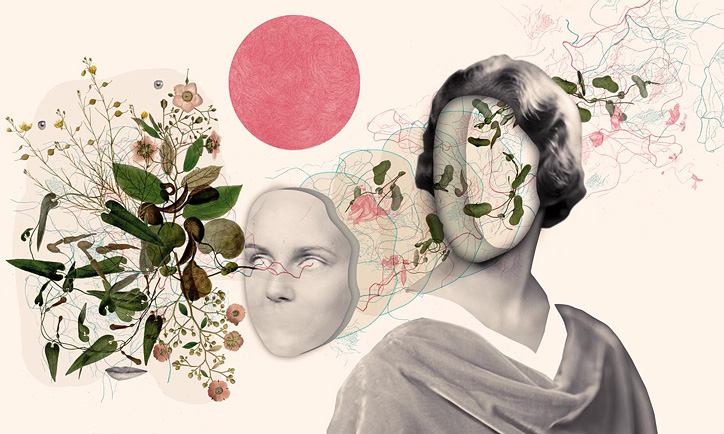 German artist Pierre Schmidt, best known as DRøMSJEL, swims in the depths of the psyche and the reinterpretations of the mind through a marvelous mixture of collages and illustrations – which eventually turns out to be a psychedelic experience. With his refined and mysterious pieces – suggestively called “Dyonisos”, “Sirens Singing” or “Interspheres, Atmospheres” – Schmidt will instantly draw your attention to his particular world. We are invited to embark on a journey to an ethereal universe.

Berlin based artist Pierre Schmidt moves between the traditional and the digital, getting into a world full of fantasy surrounded by creatures from another place and time. He manages to take the viewer to a different world throughout the course of his personal creative universe.

Using a range of techniques, from juxtaposition or collage to photo manipulation, he creates outstanding pieces that guide us to our most subconscious phases. Through the use of details, he tempts the spectator to rediscover new things he or she might not have noticed the first time. His working process is the process of creativity itself. It is the fountainhead of inspiration. At the beginning, he doesn’t have any formed idea. He comes up with the first images, leaves others aside, and while the work flows he finds out unexpected associations that lead to a definitive new concept.

He started his career as an illustrator offering to music bands the creation of their albums covers. He liked to interpret the particular mood of their music in his head. His sketches are free and intuitive, overlapping vintage photography with illustrations. When it comes to inspiration, he draws it from classical and death metal music, film moods – such as the enigmatic ones by David Lynch – or theories by German philosophers of the 19th century, like Nietzsche or Hegel. By mixing up and blending all these references, the result becomes a unique language within his artwork. 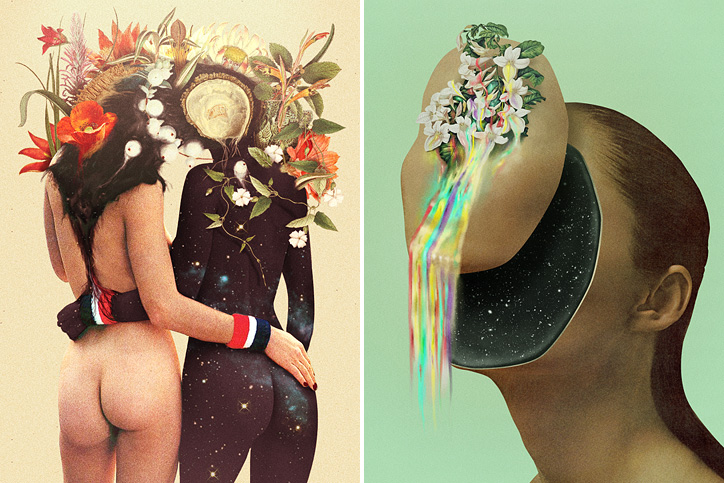 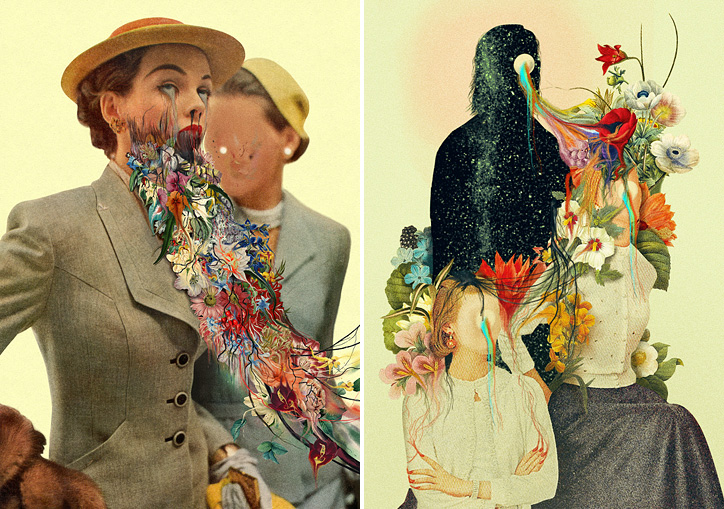 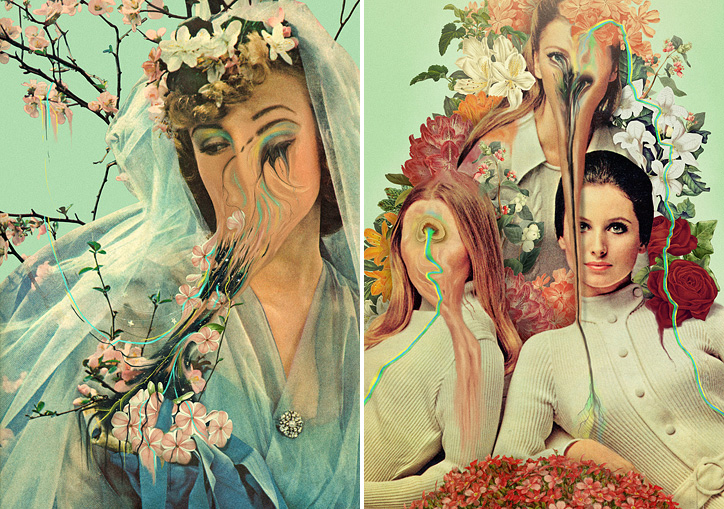 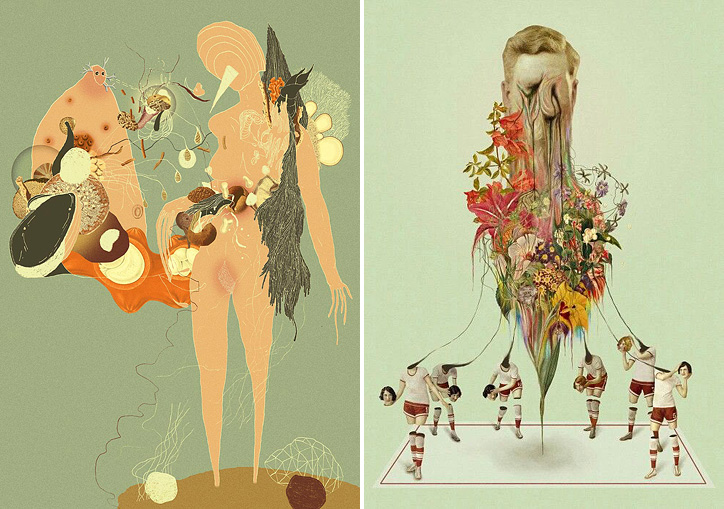 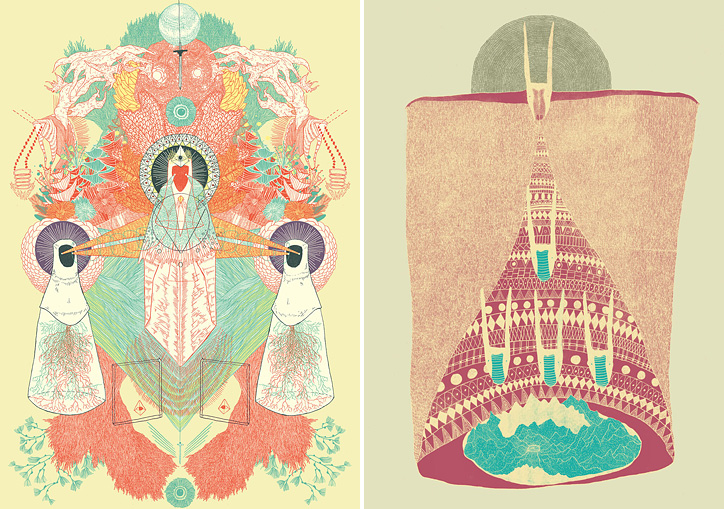 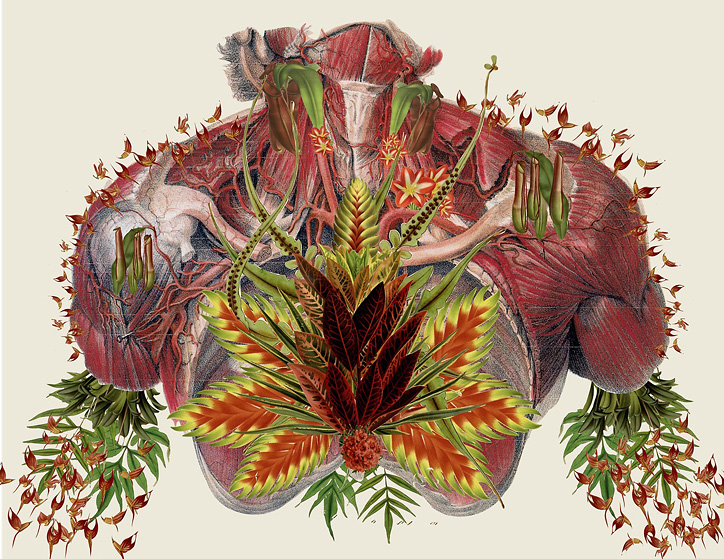 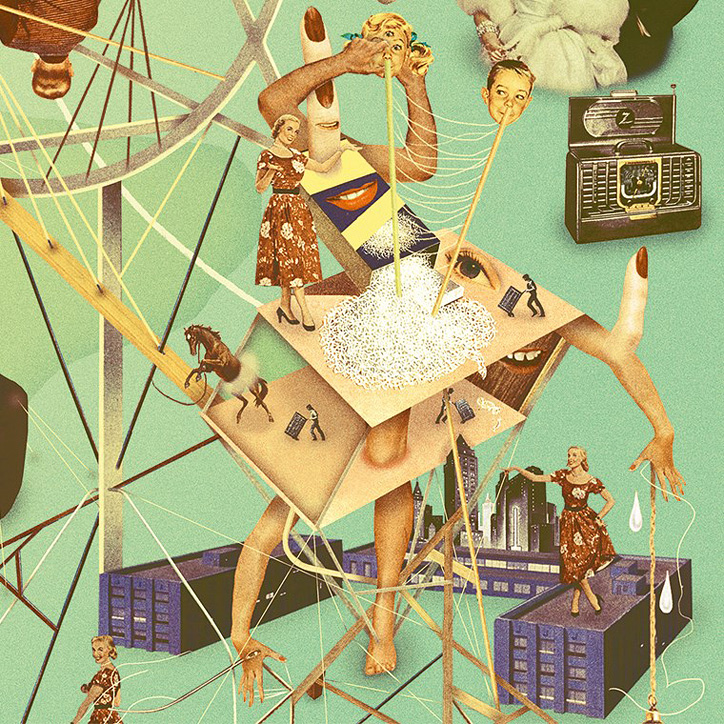