Welcome to our show 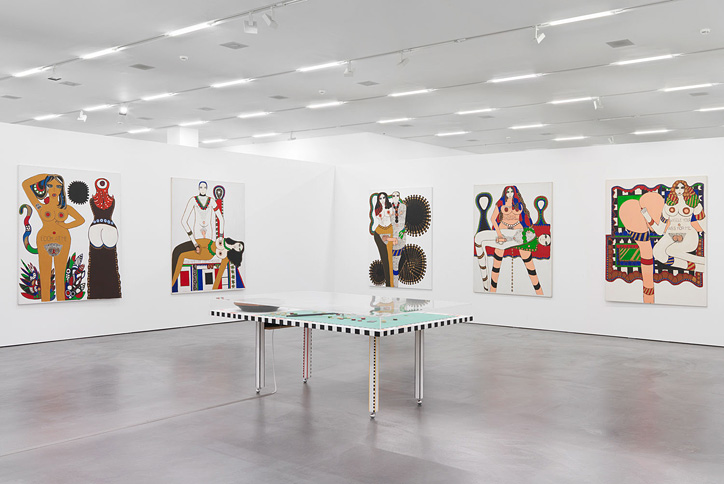 “Welcome To Our Show” is the latest solo exhibition of 81-year-old American artist Dorothy Iannone. It explores themes of unbridled sexuality and unconditional love with works spanning her career from 1961 to 2015. A collection of paintings, drawings, films, objects and books will all be on display at the Air de Paris until 16th May.

Born in Boston in 1933, Dorothy Iannone now lives and works in Berlin. In 1961, when returning from a business trip to Europe, she was arrested at the New York Airport for trying to bring Henry Miller’s then banned Tropic of Cancer into the country. Iannone’s suit against the airport and appeal to the New York Civil Rights Union eventually lead to the lifting of the ban.

Iannone has continued to be an influential presence in the art scene and has reached global recognition with her solo exhibitions in recent years. Her own work has even suffered its own censorship problems in the past but this new exhibition strips away all restrictions. Welcome To Our Show is full of colour, love, sex and spirituality with scenes of ecstatic coupling and explicit eroticism. With both a narrative and autobiographical visual feel, her work is deeply attached to Eros as a philosophical concept. Asked once how she would like to go down in history, she replied, A lover.

Welcome To Our Show is running at the Air de Paris until 16th May. 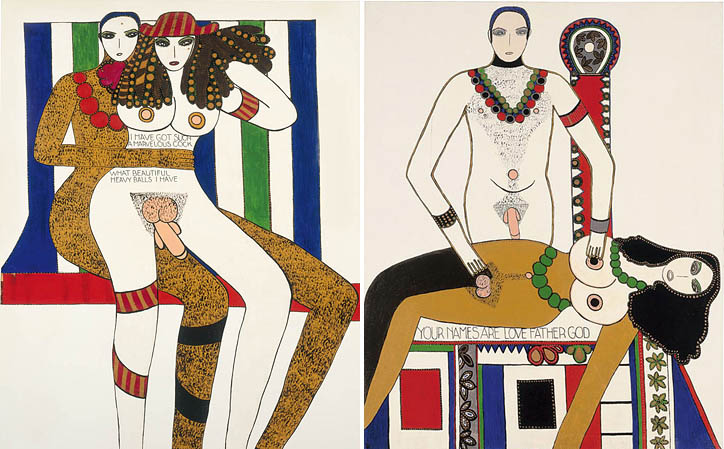 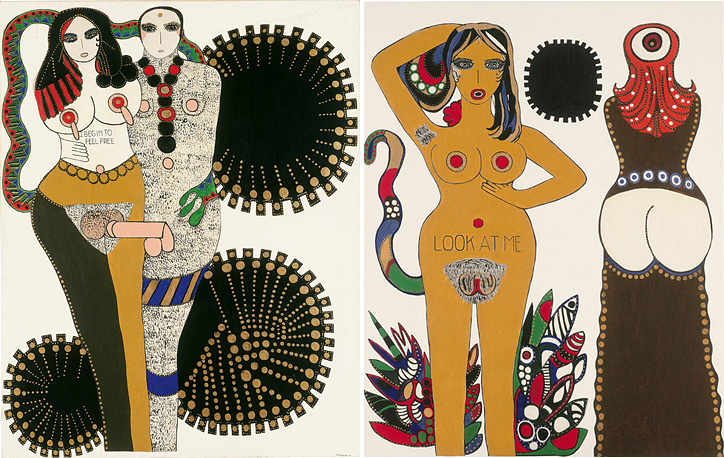 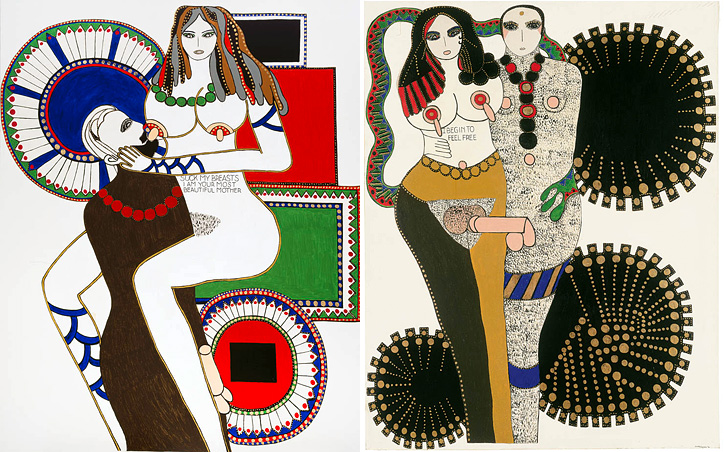 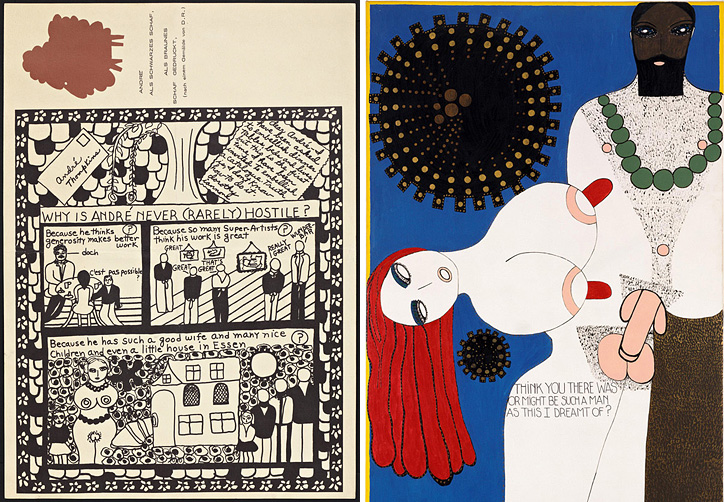 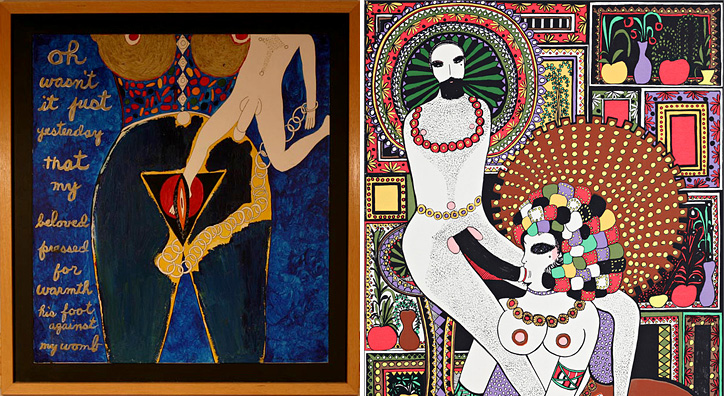 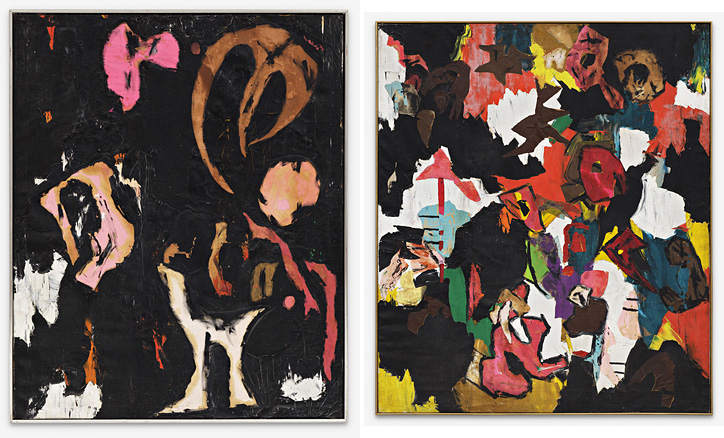 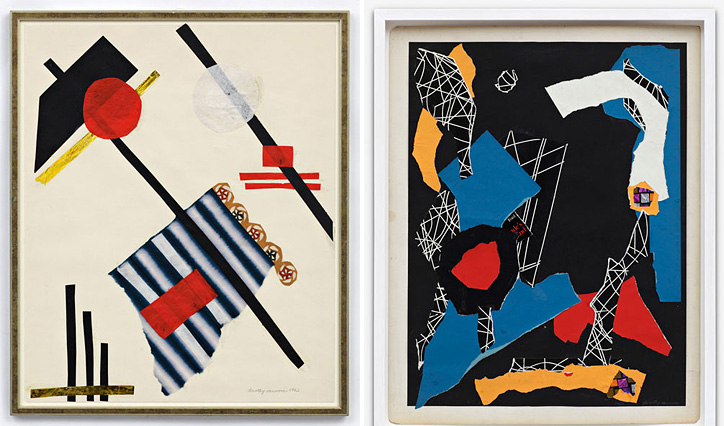 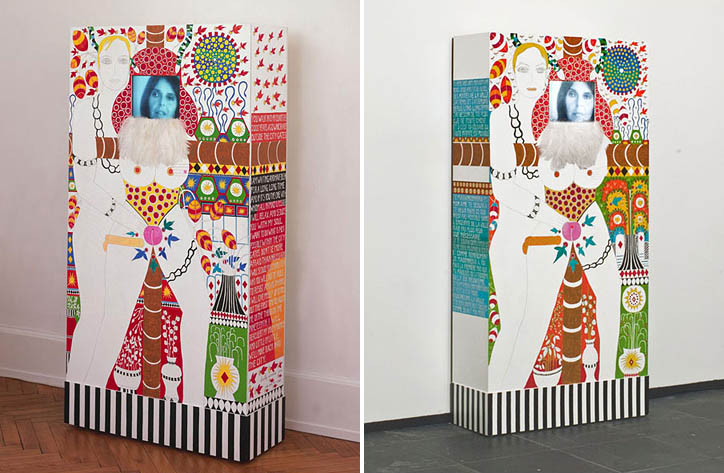