A cause for celebration 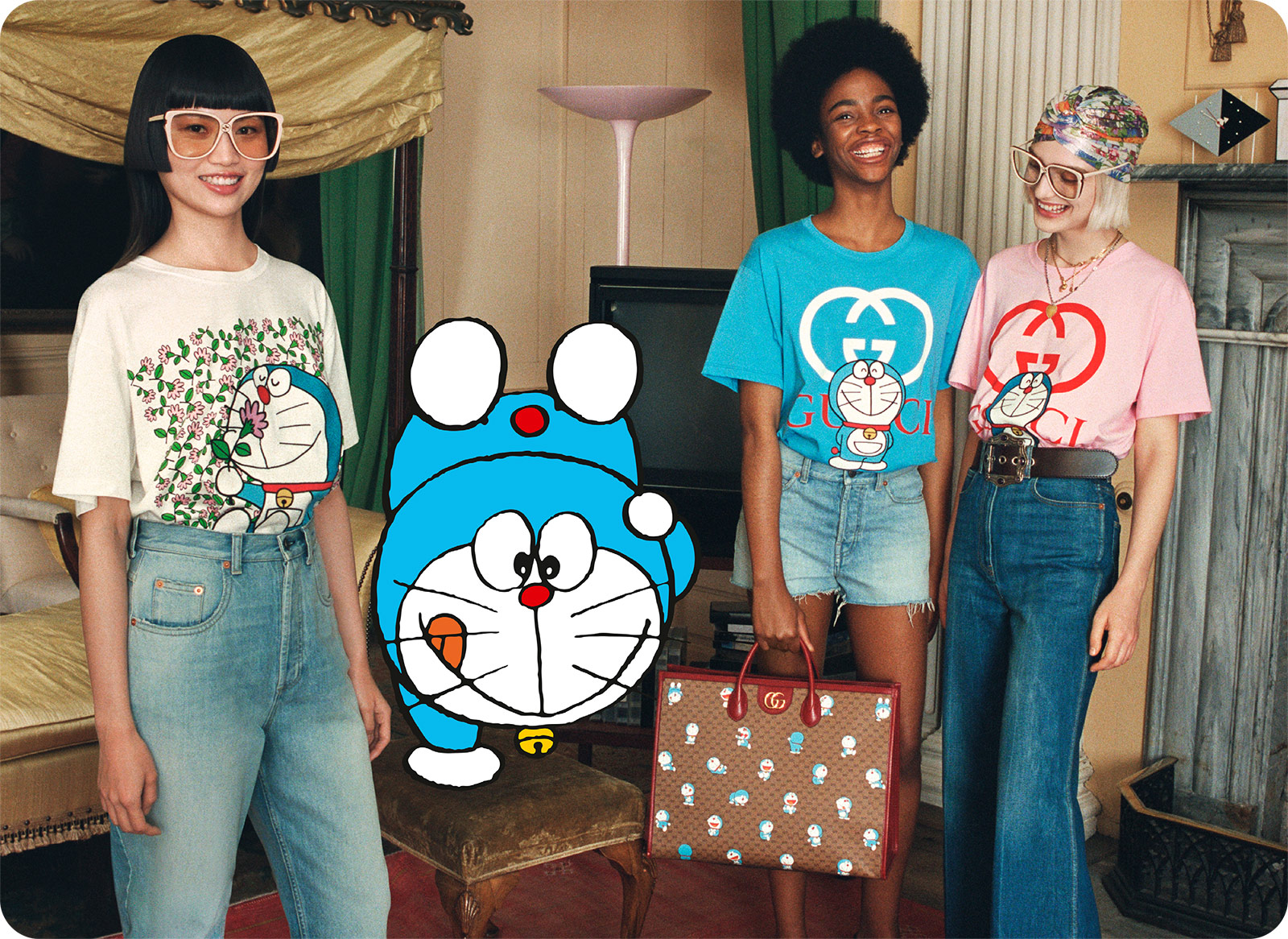 We have been celebrating these past few weeks different festivities, however, even in these unprecedented times, we still have much to celebrate. In the Western world, we may have already started the new year, but many countries in Asia will be doing so on February 12 for the Lunar New Year. Gucci thought of no better way to ring in the new year by releasing the Doraemon x Gucci capsule collection, honouring the 50th anniversary of the iconic cosmic cat from Japanese manga and anime.
For this special collection, Doraemon, the robot sent from the 22nd century to help the young Nobita Nobi, with his four-dimensional pocket that holds all kinds of secret gadgets, takes the stage of the new Gucci Chinese New Year campaign shot by photographer Angelo Pennetta. His classic blue takes over the GG motif, and, as imagined by Creative Director Alessandro Michelle, there's also a new disguise for Doraemon's appearance in which his cat-like figure takes a different shape in tribute to the year of the ox, which will be revealed later in the month of January.

The pieces will be promoted through Gucci's digital channels and selected Gucci stores worldwide, as well as through Gucci Pins, the House's ephemeral stores, and Doraemon will star in two Gucci ArtWalls in Shanghai and Hong Kong, which, when scanned through the Gucci App, will reveal him doing a special choreography. Throughout the collection the character is seen doing menial activities like having breakfast, playing video games with friends or even partying, taking the role of an imaginary friend that brings colour into people's lives, which we need now more than ever. 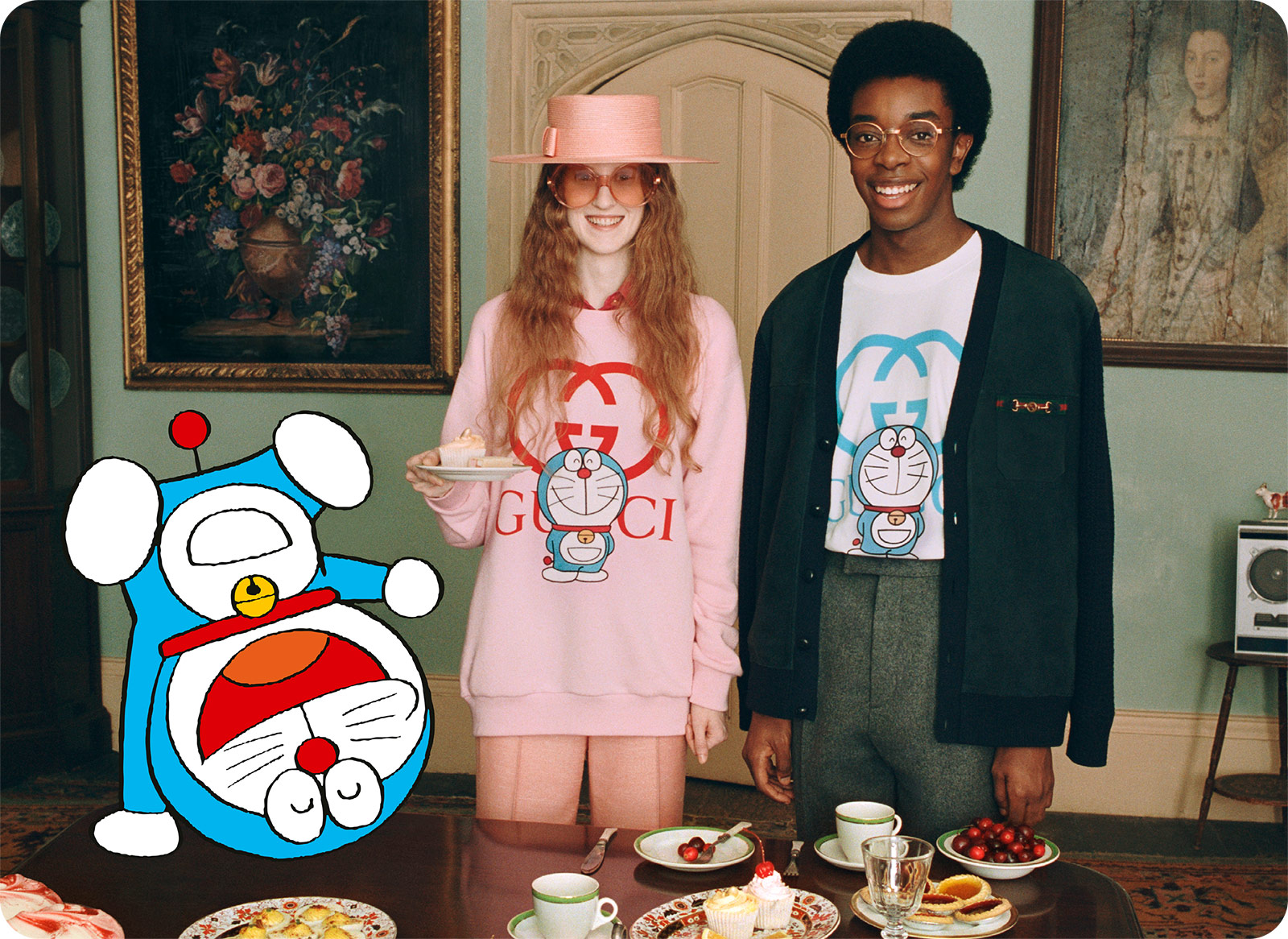 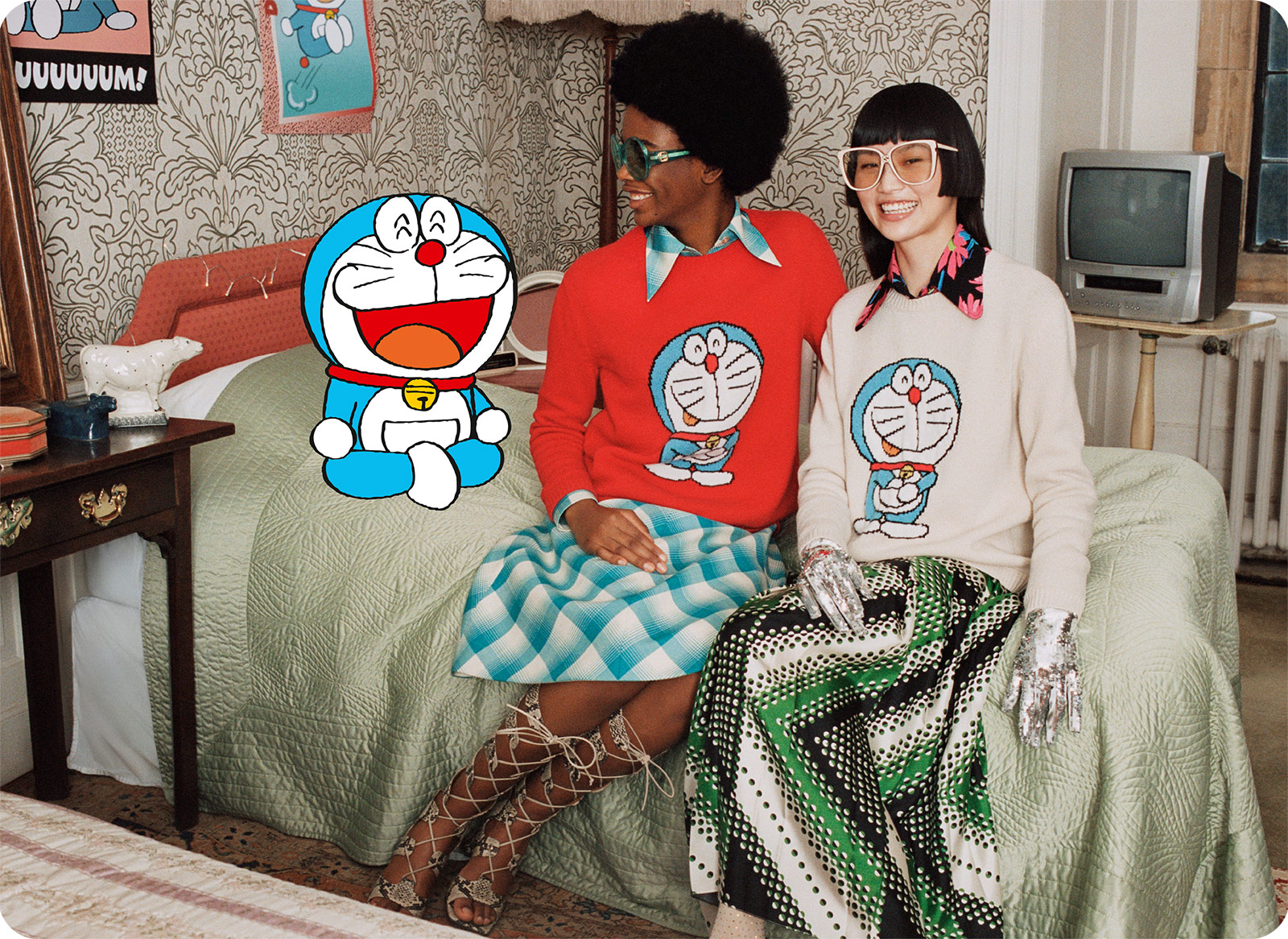 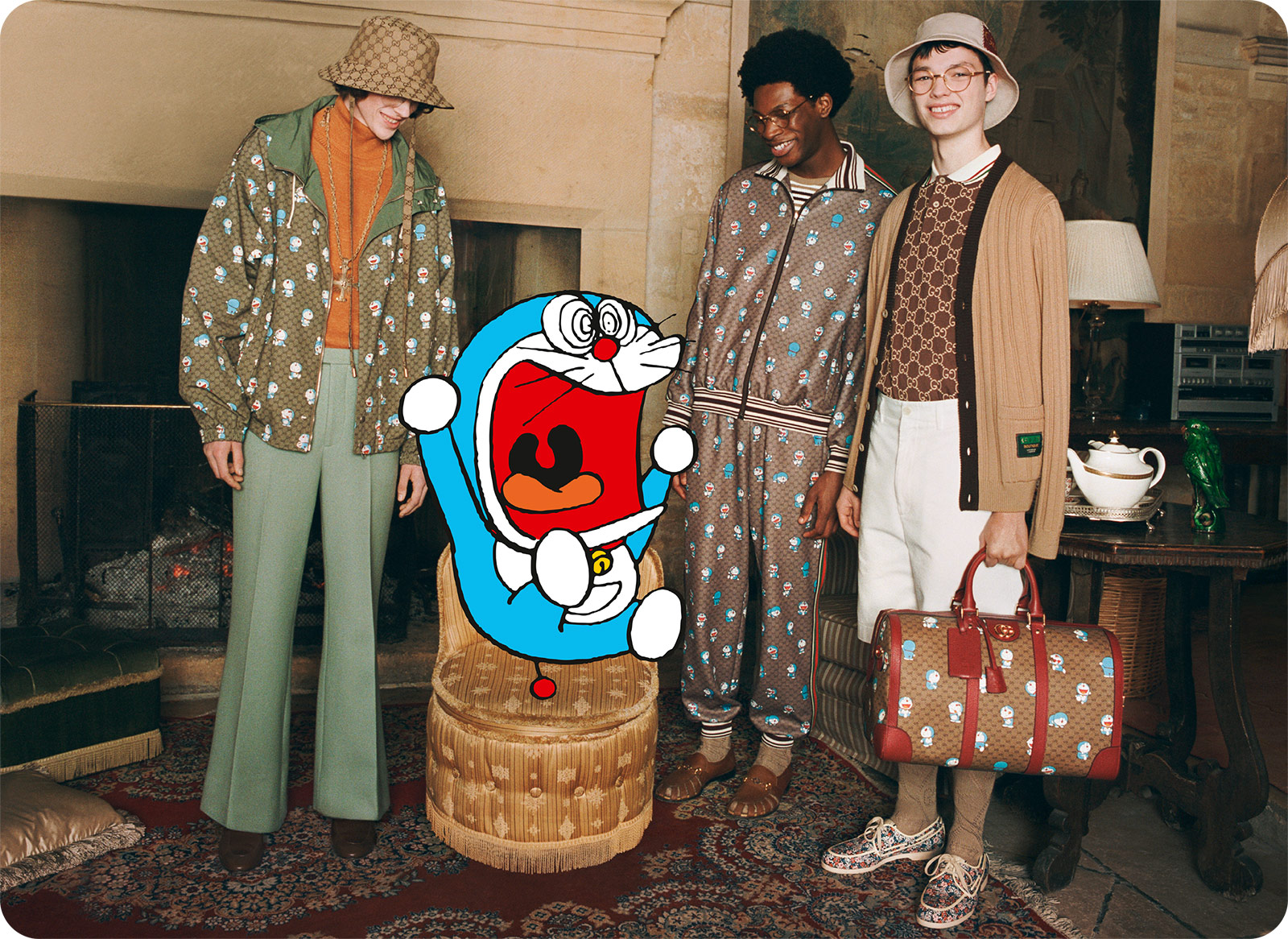 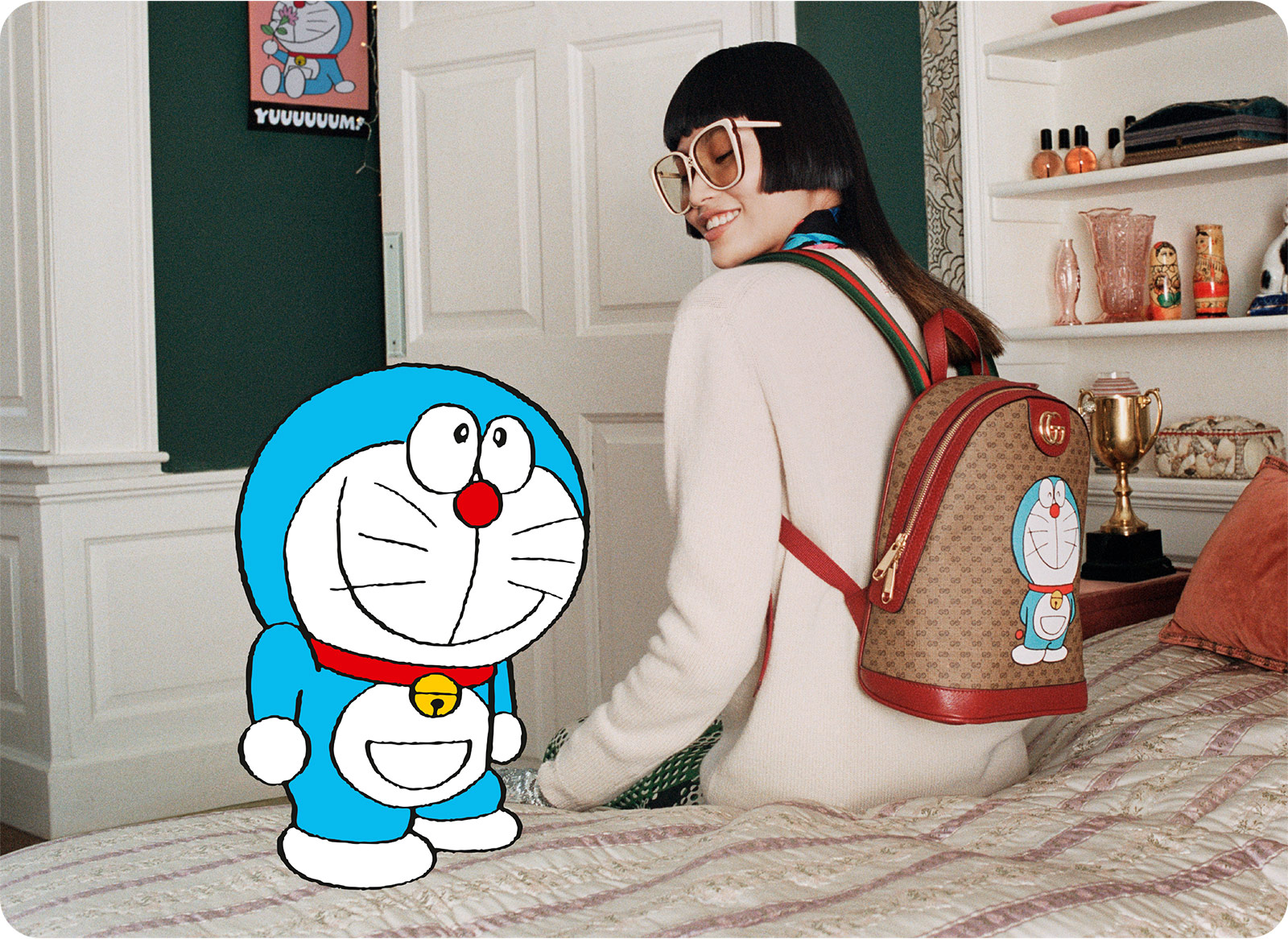 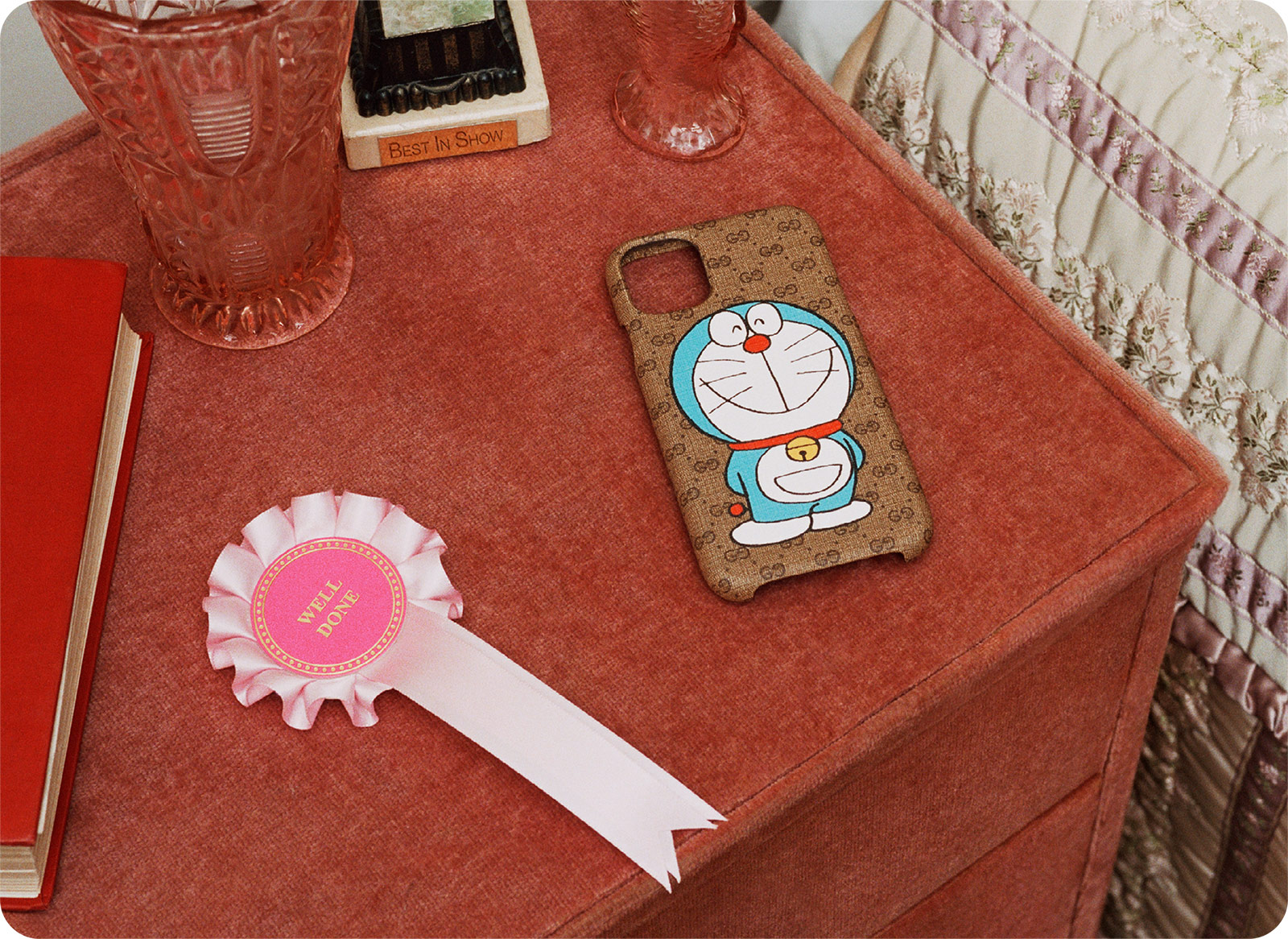 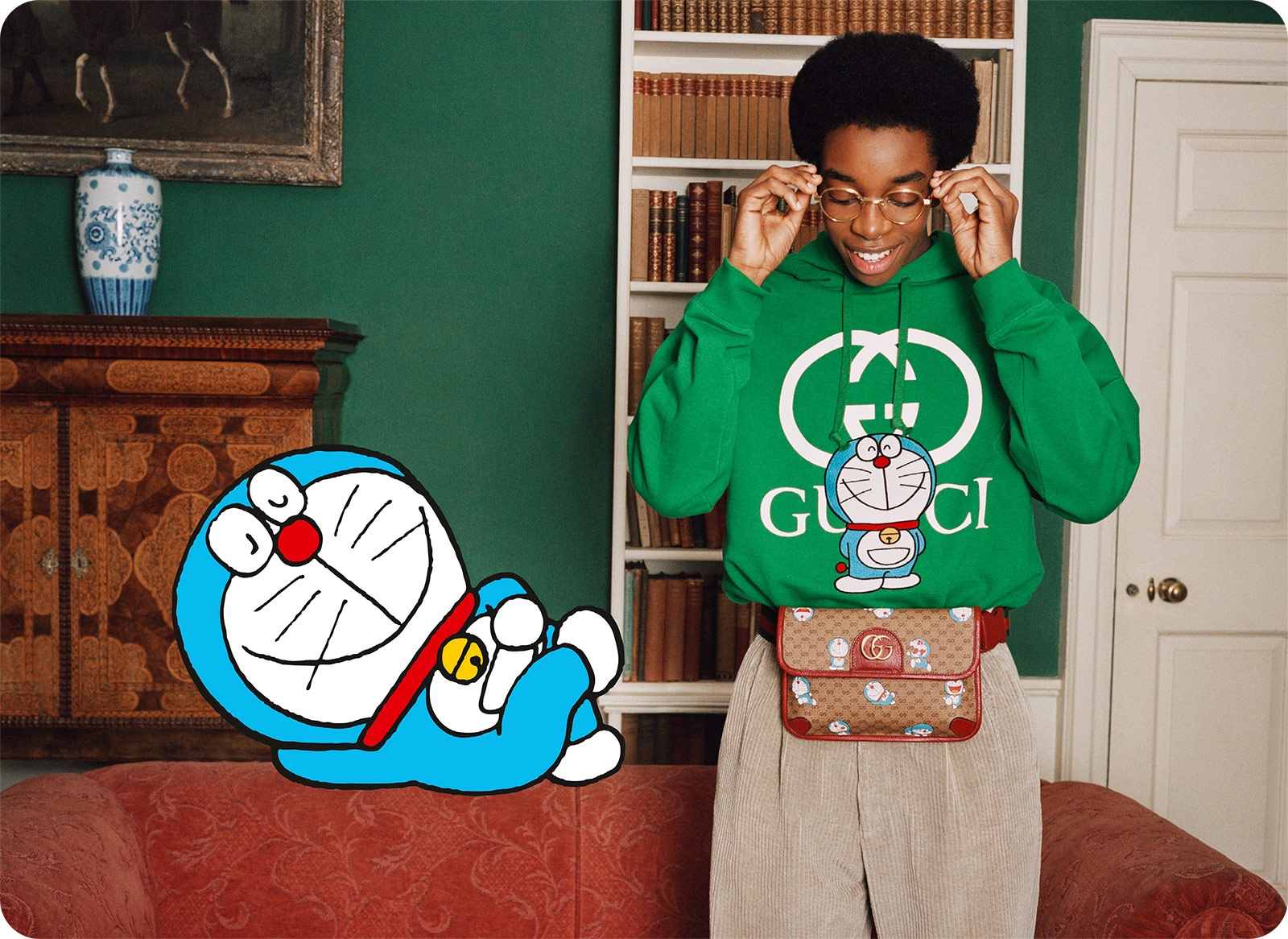 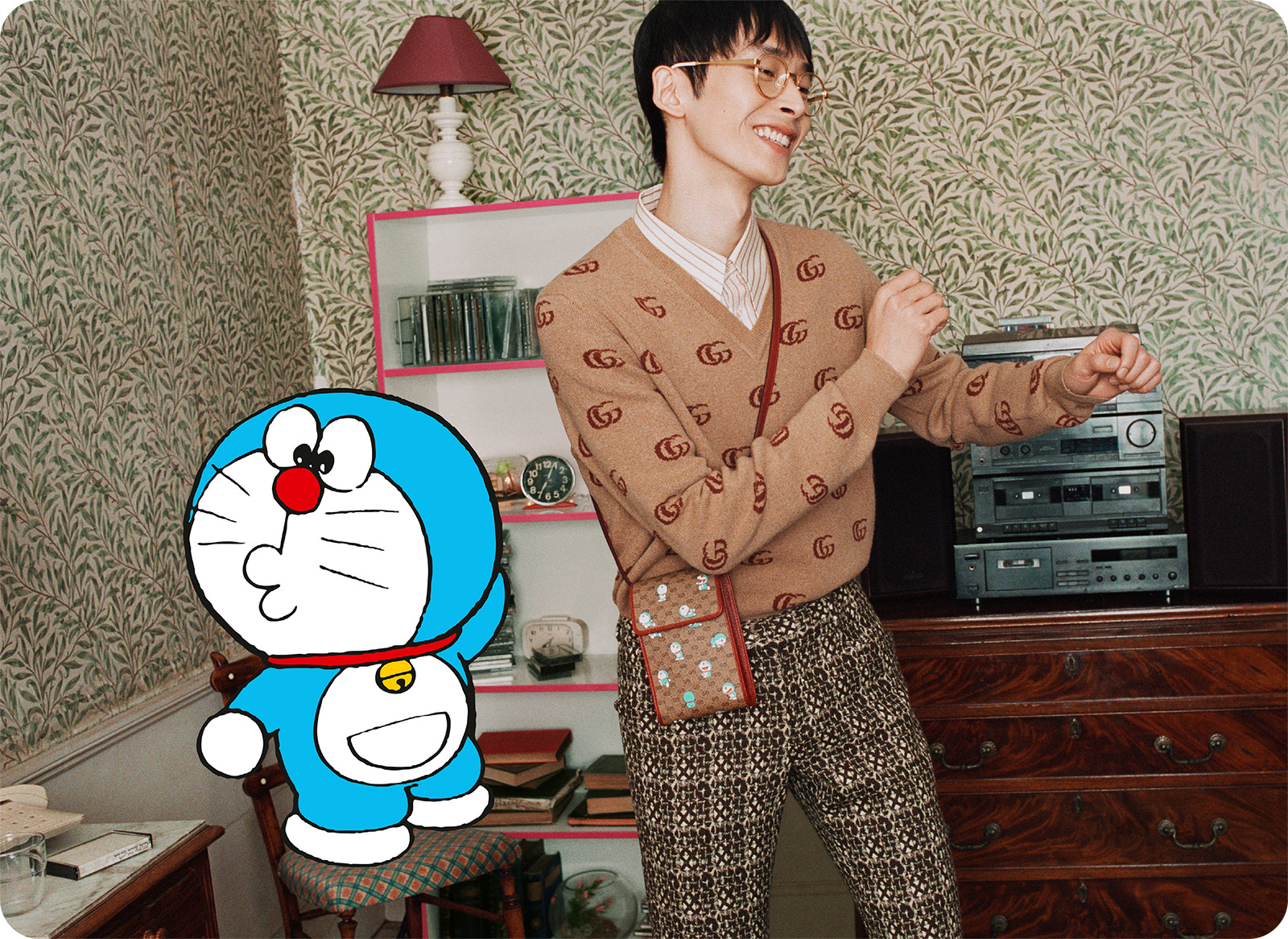 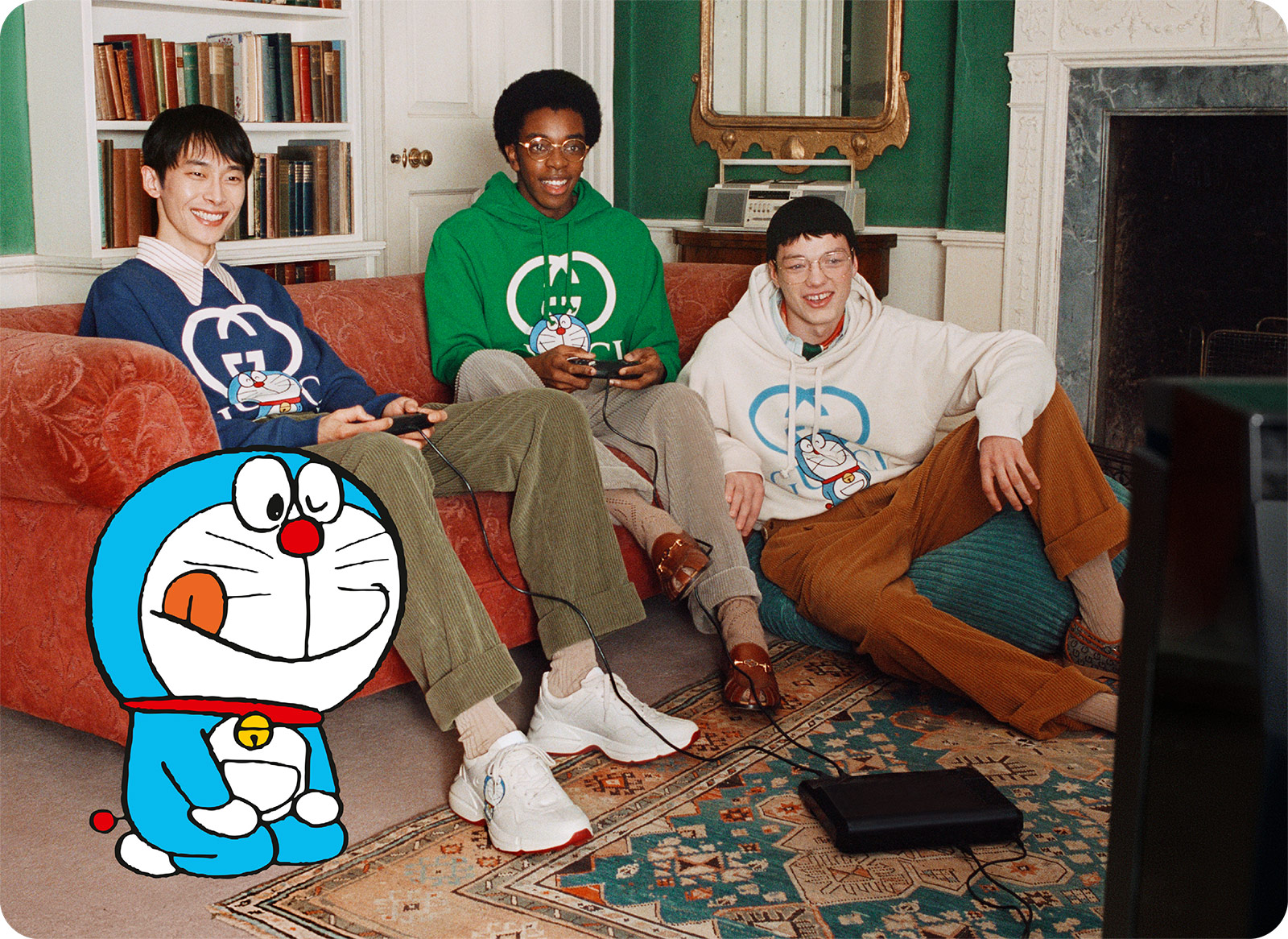 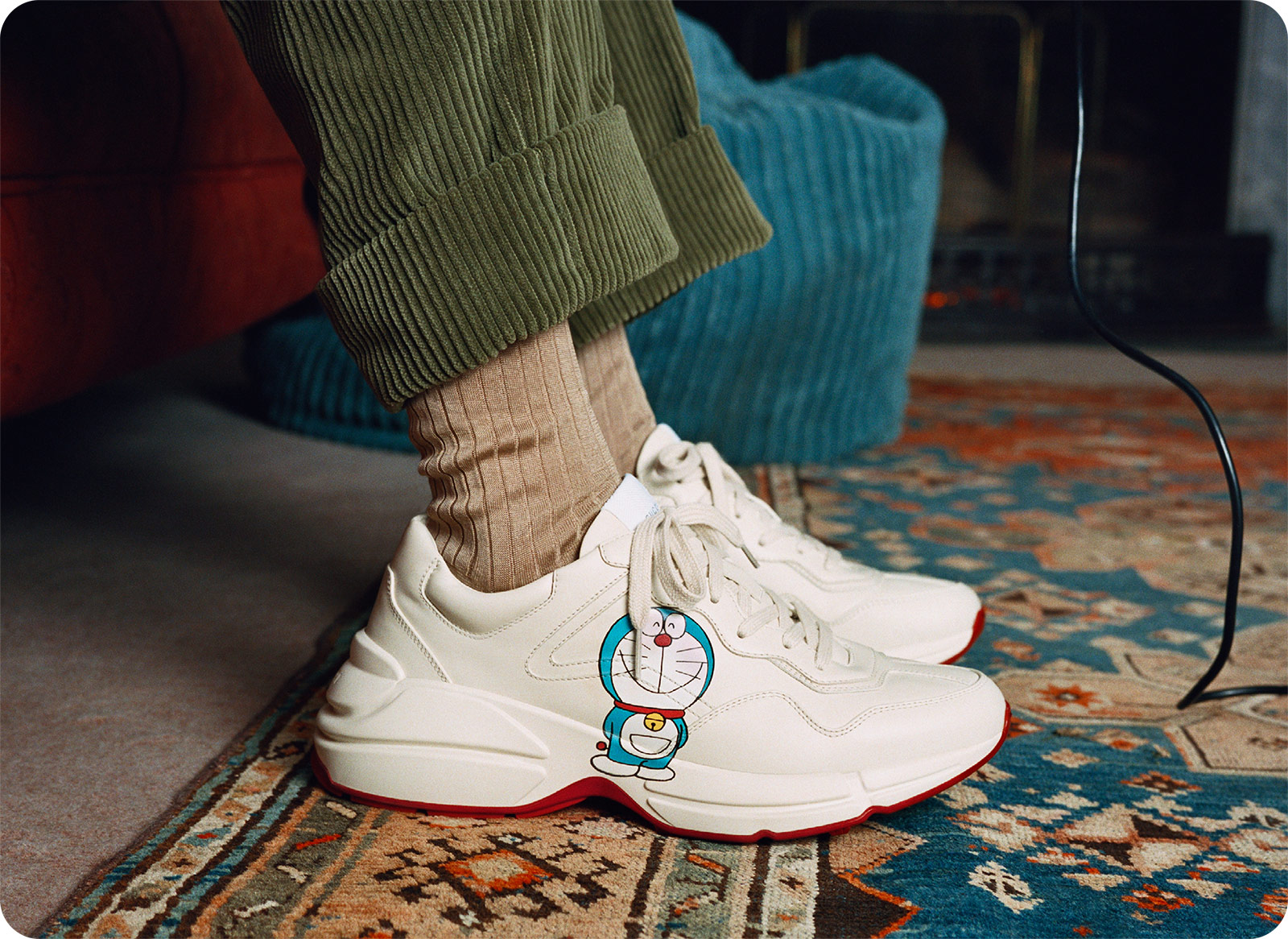 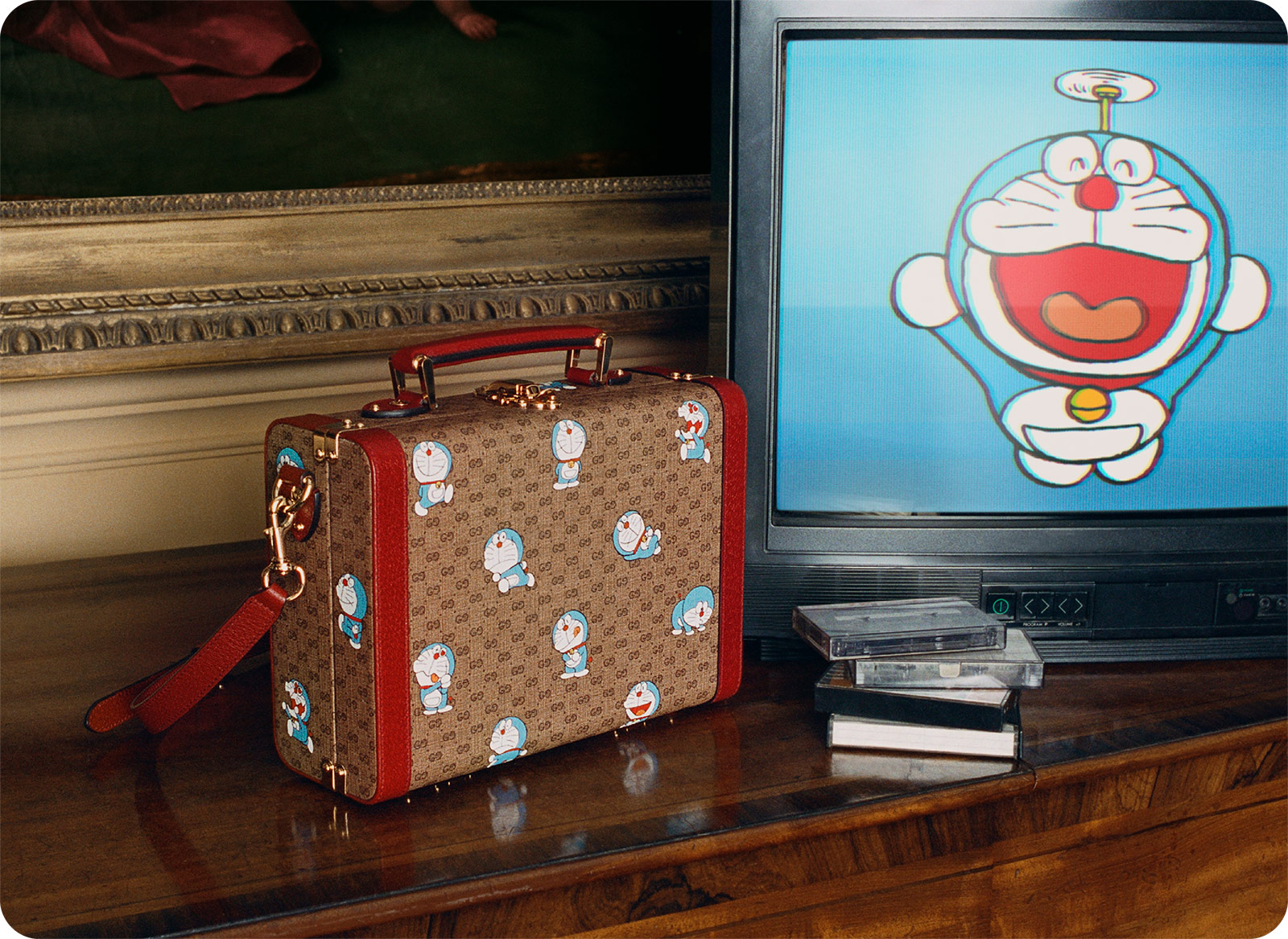 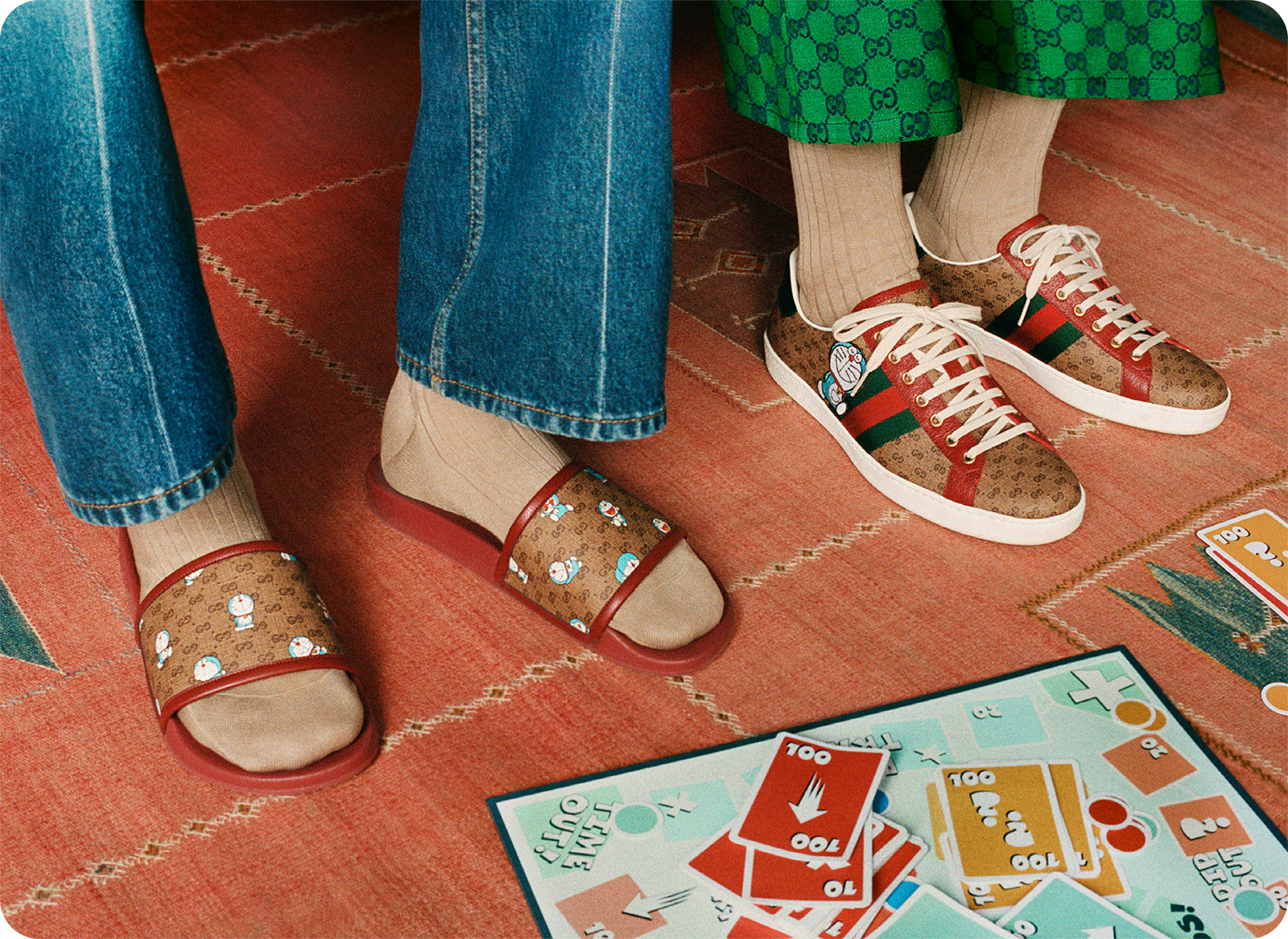 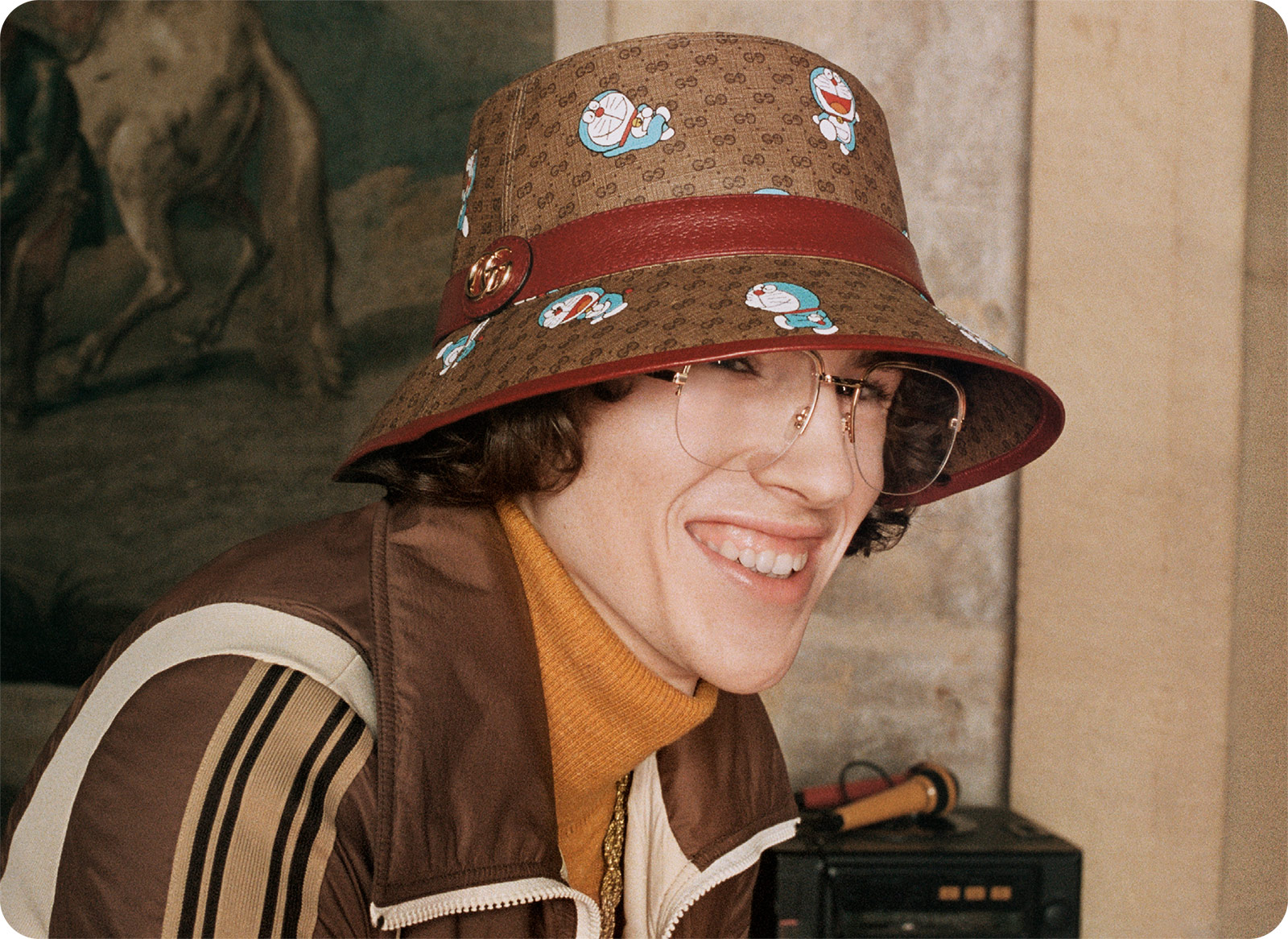 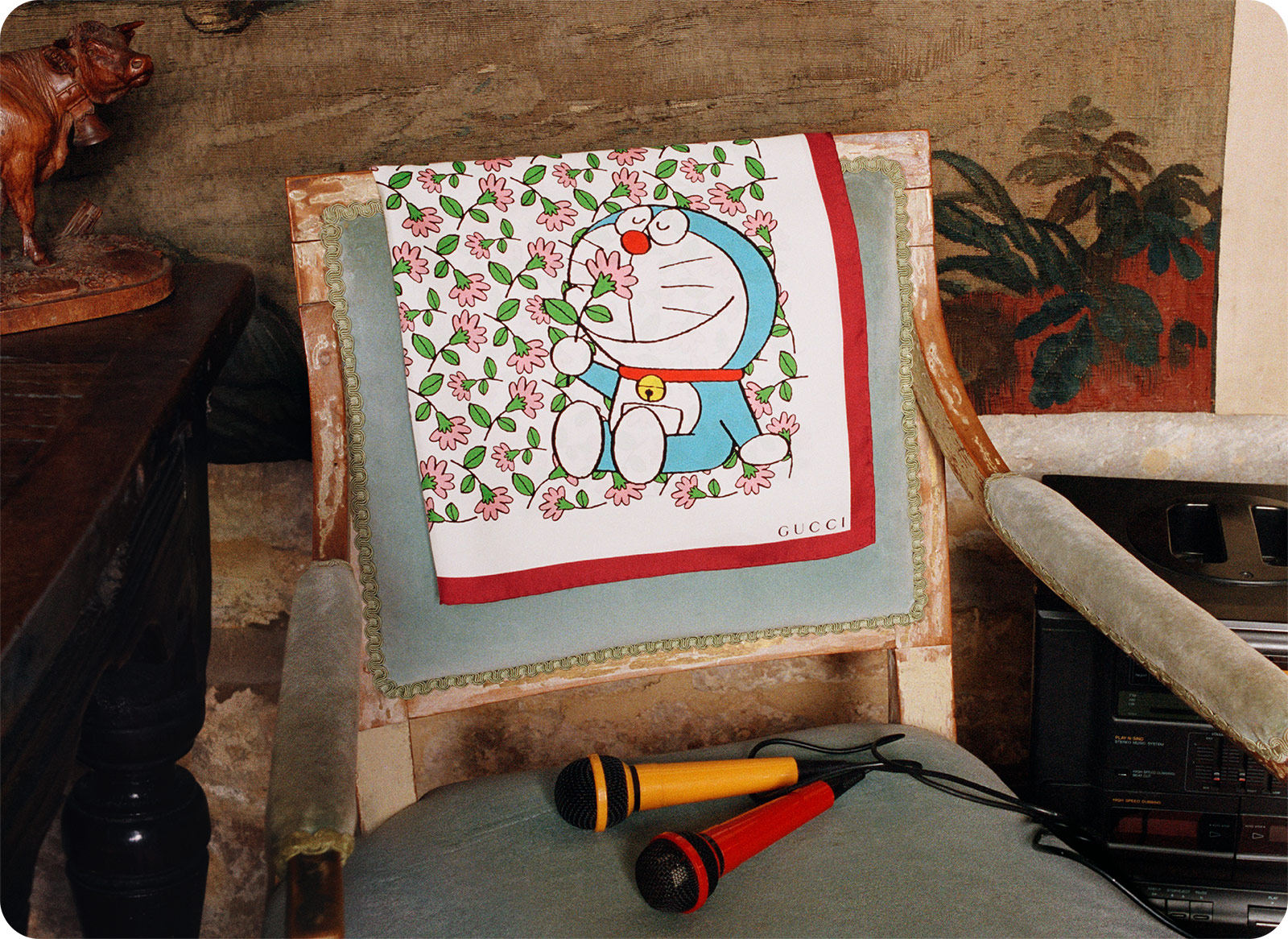 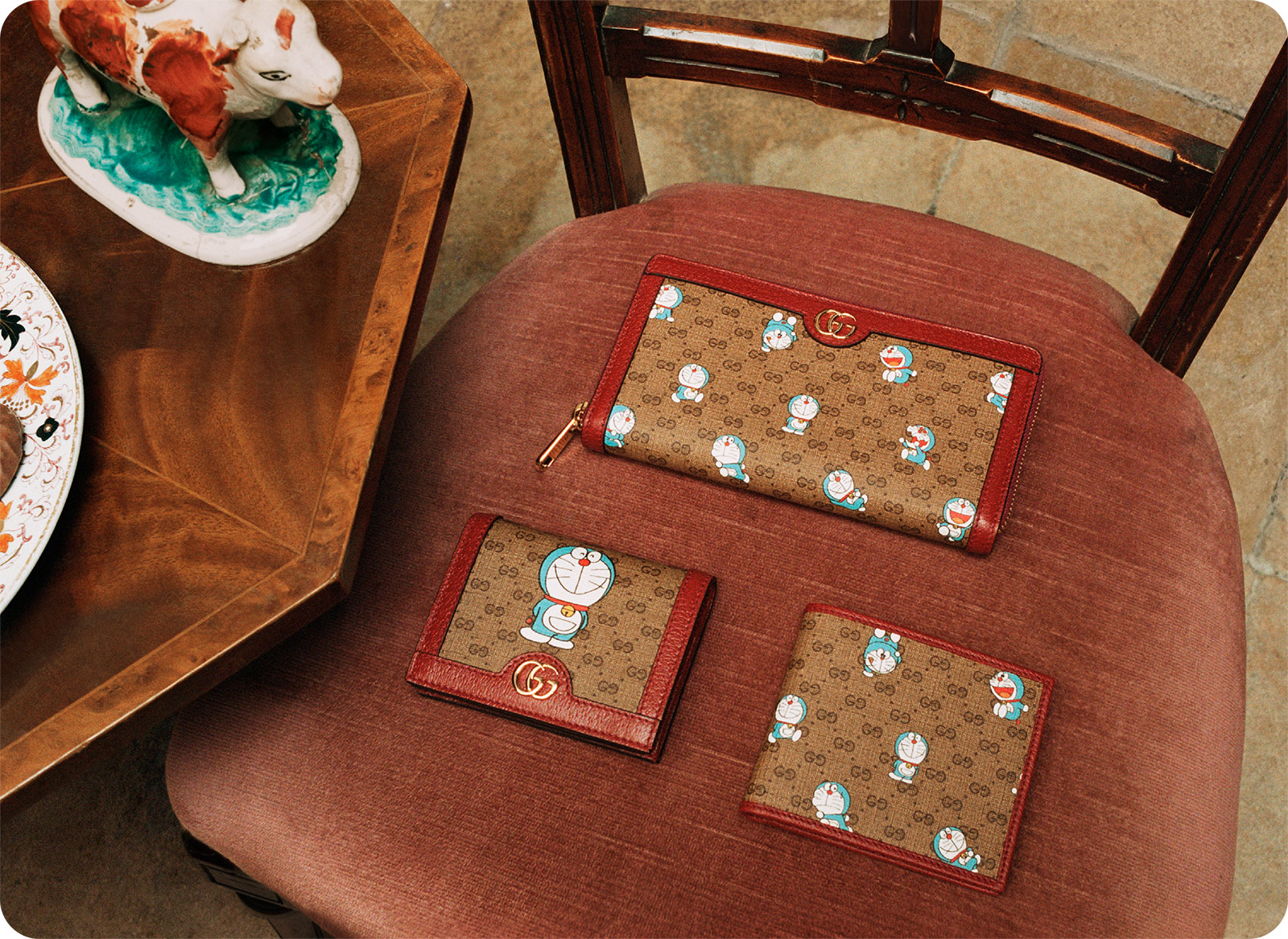 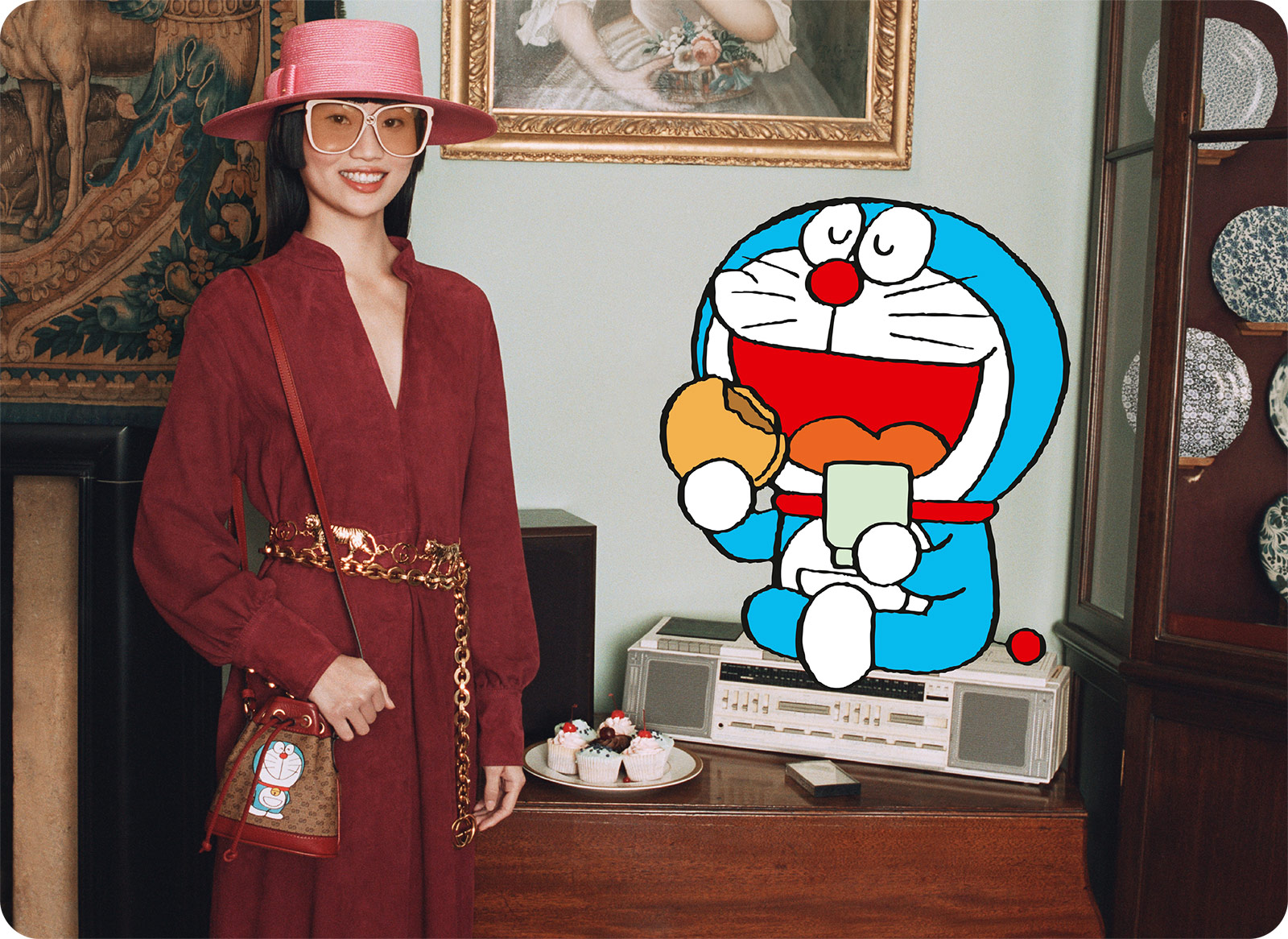 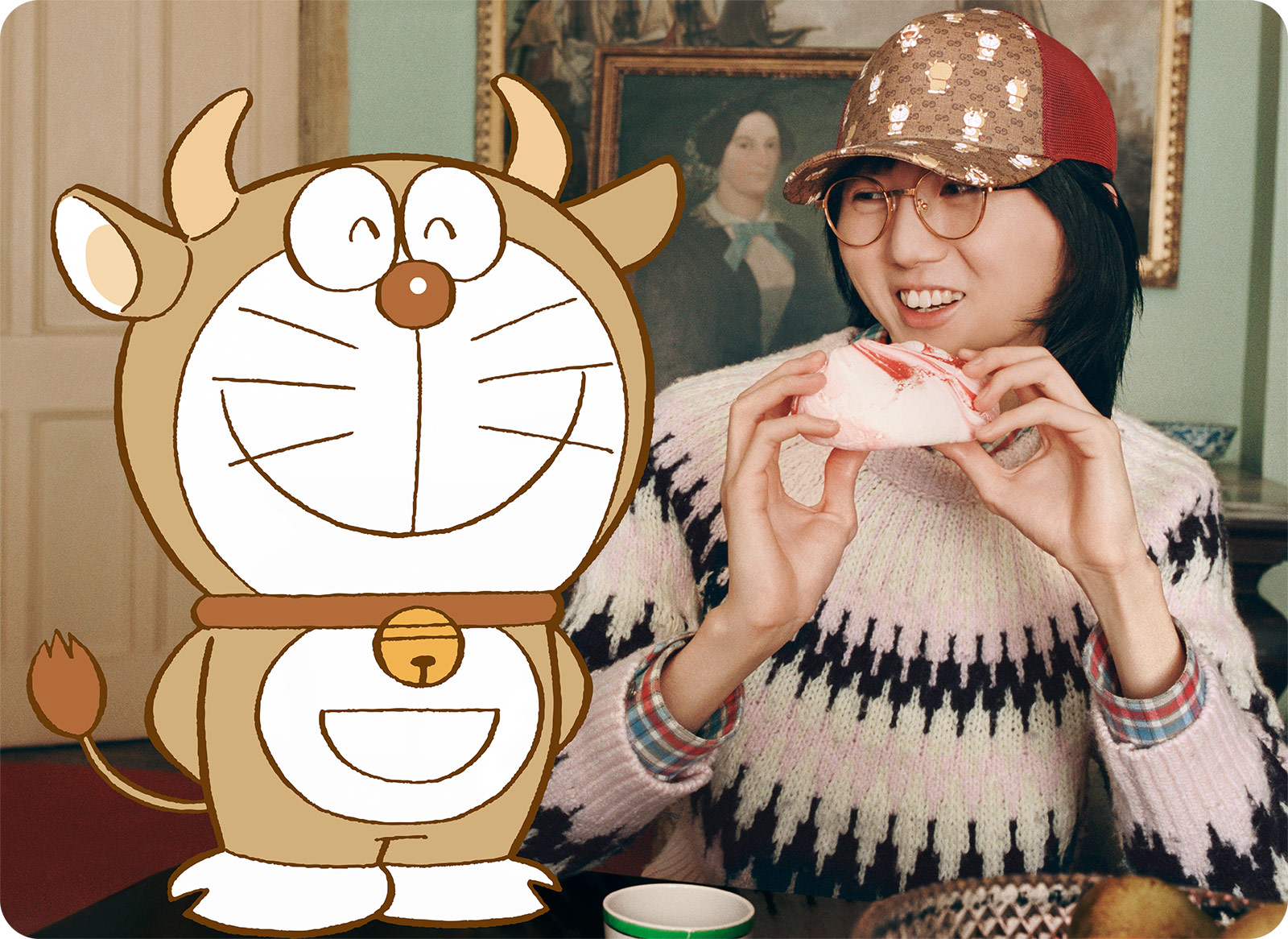 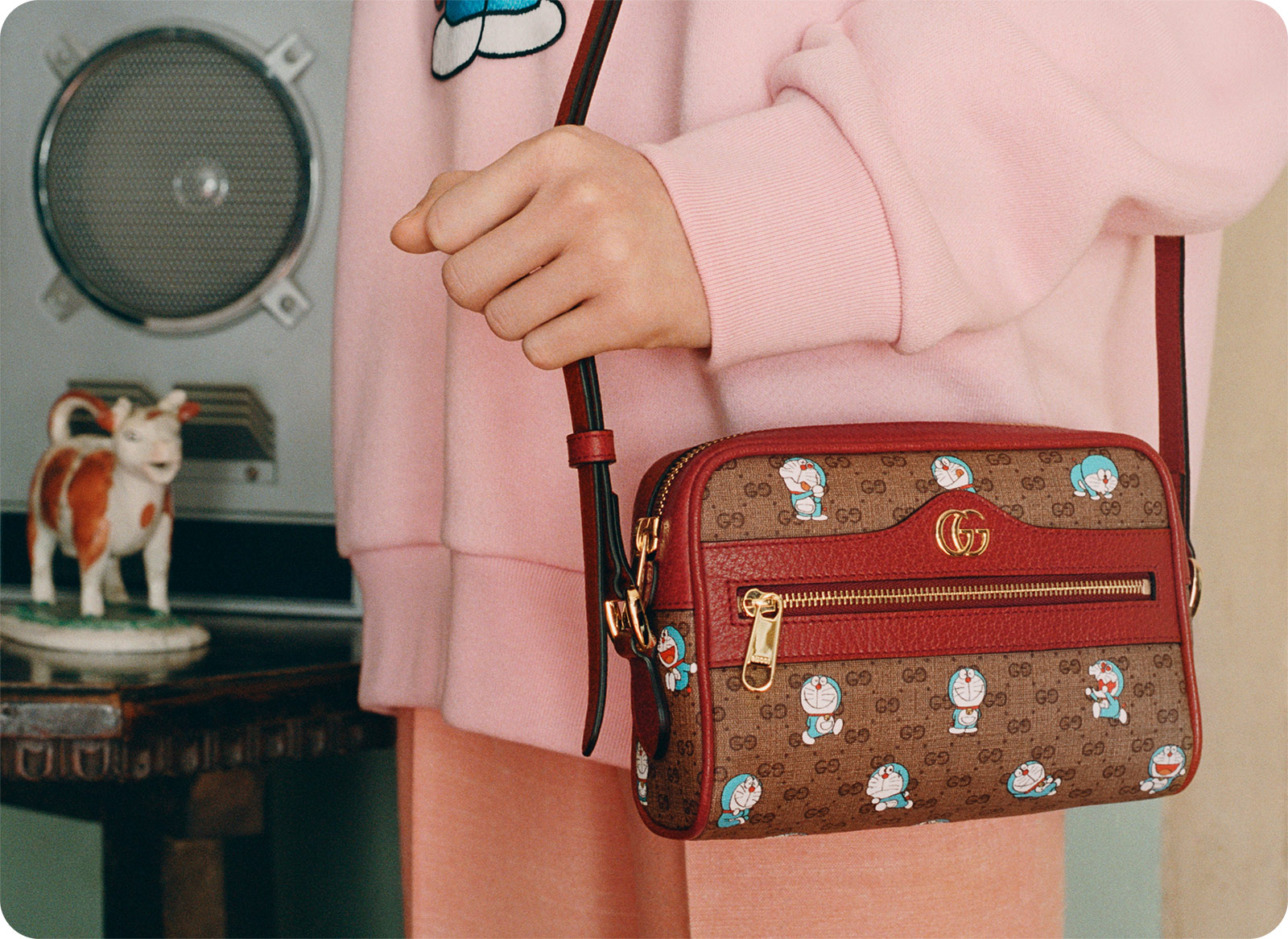 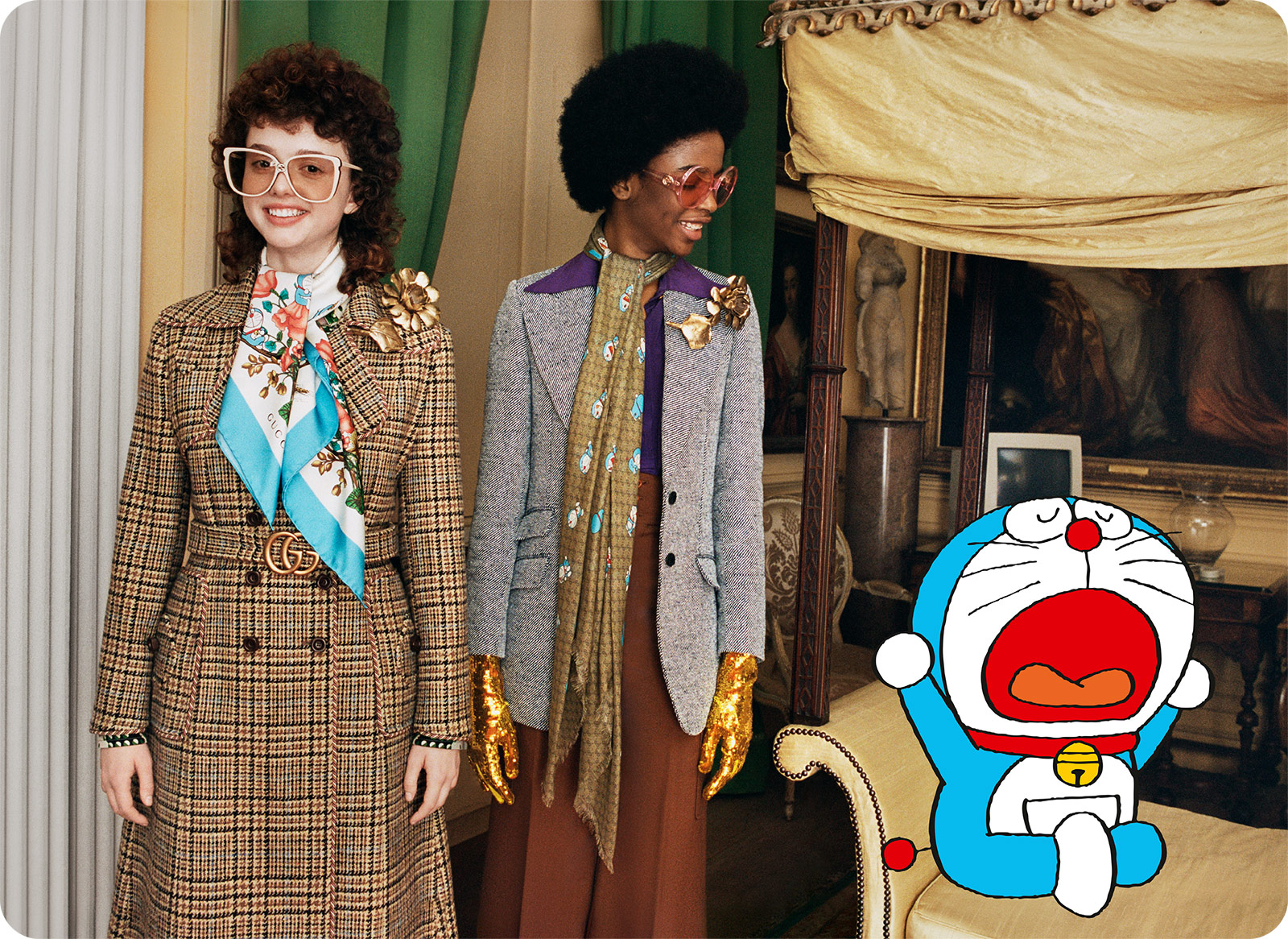 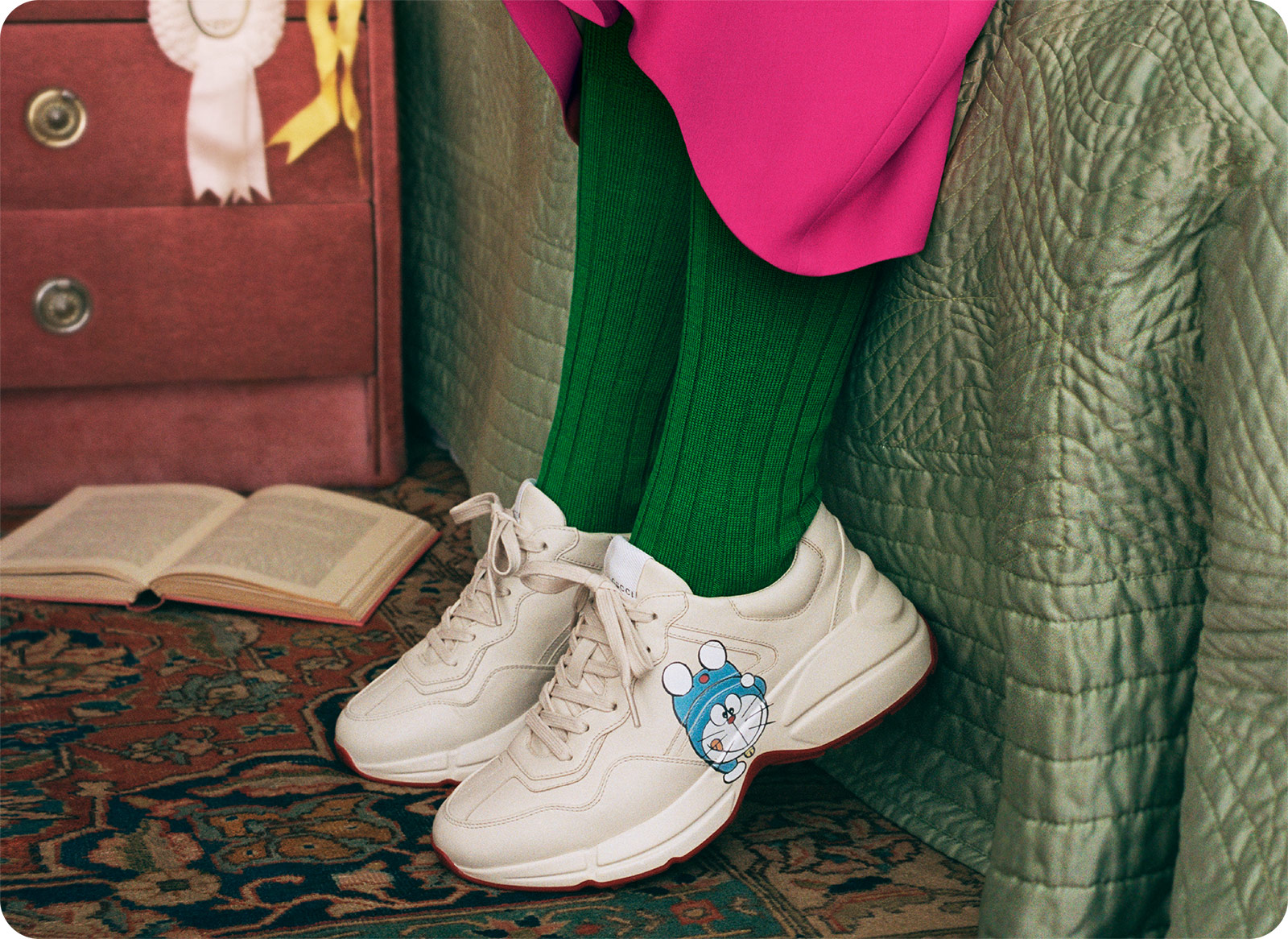 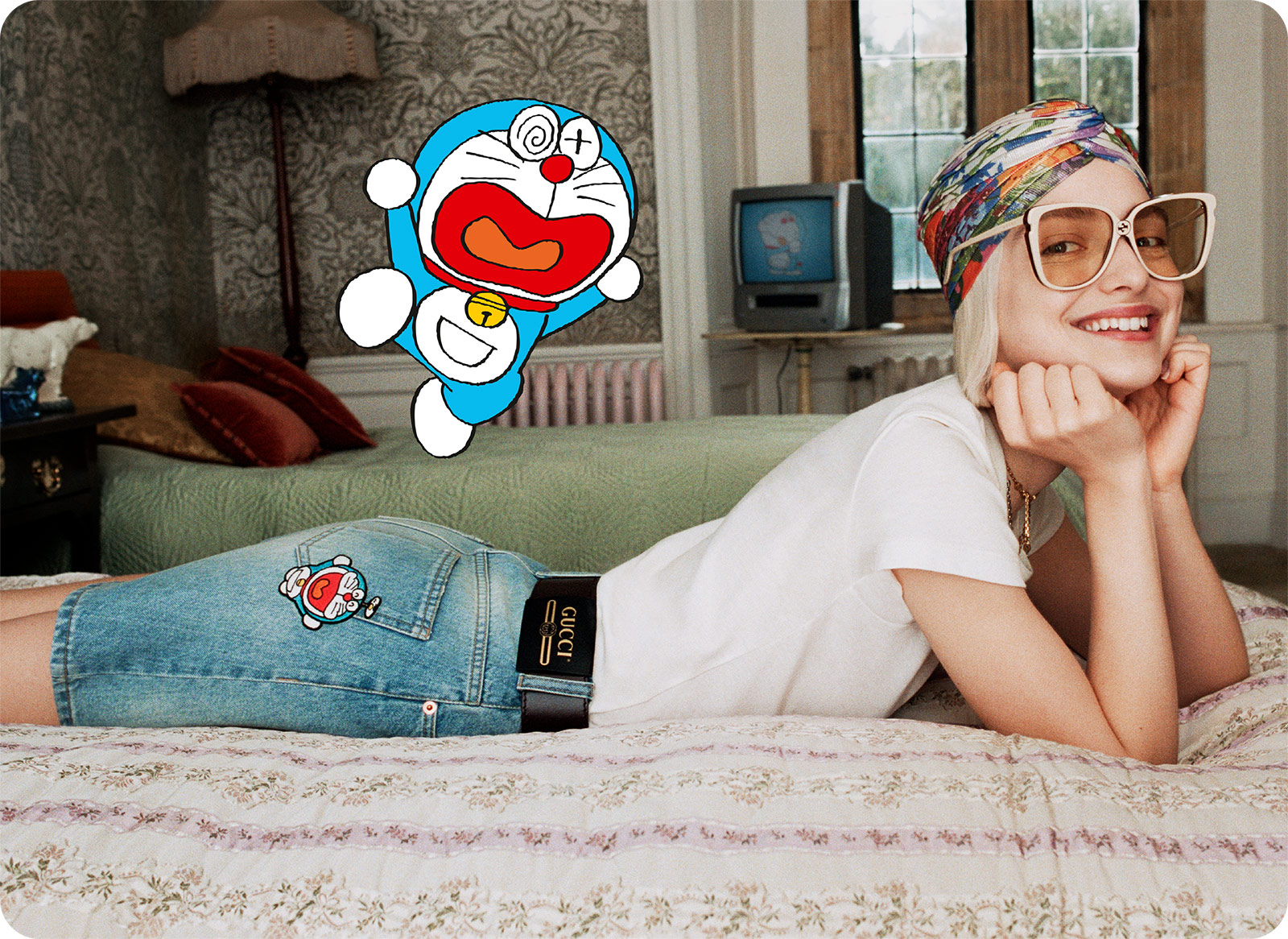 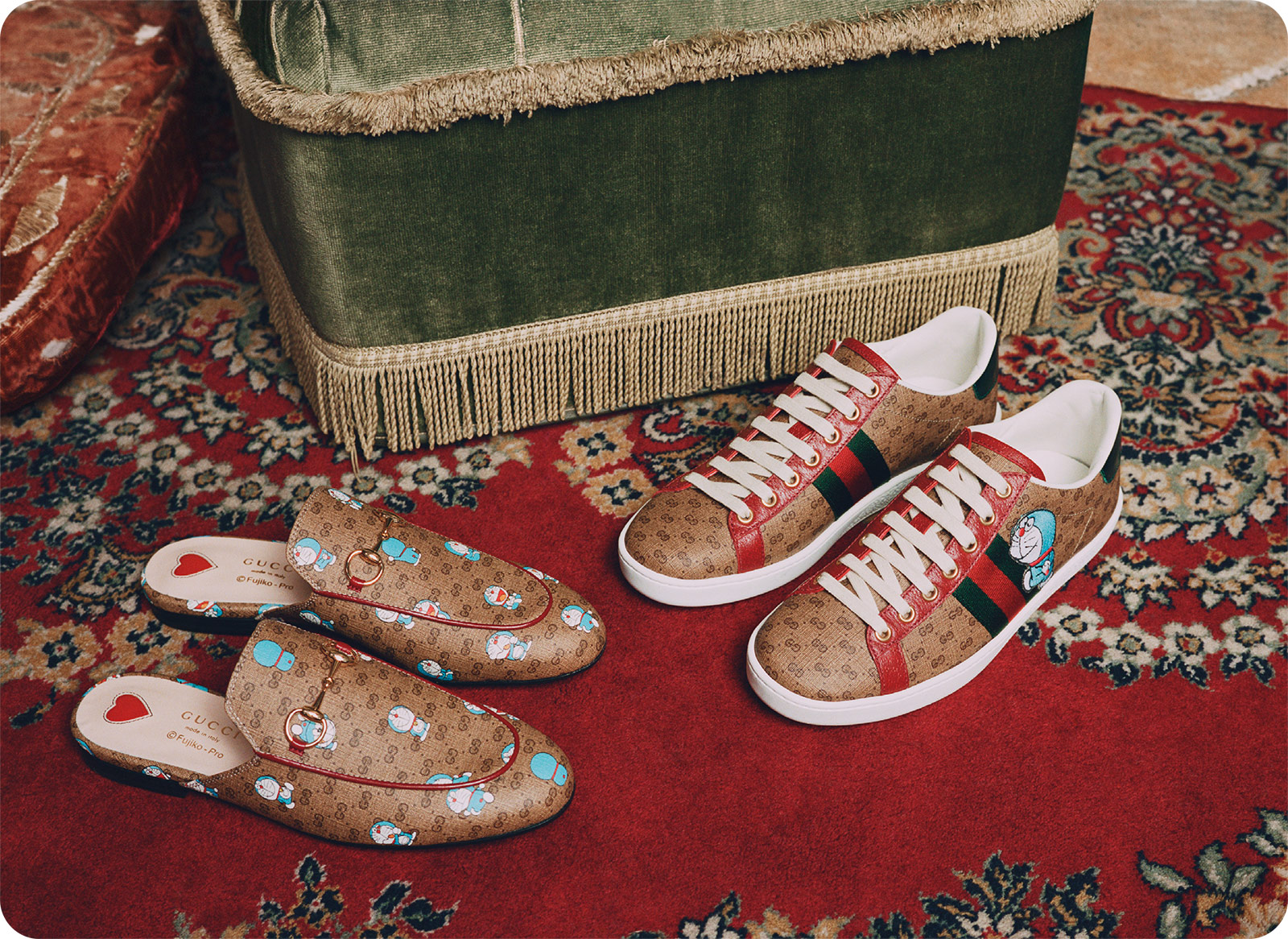 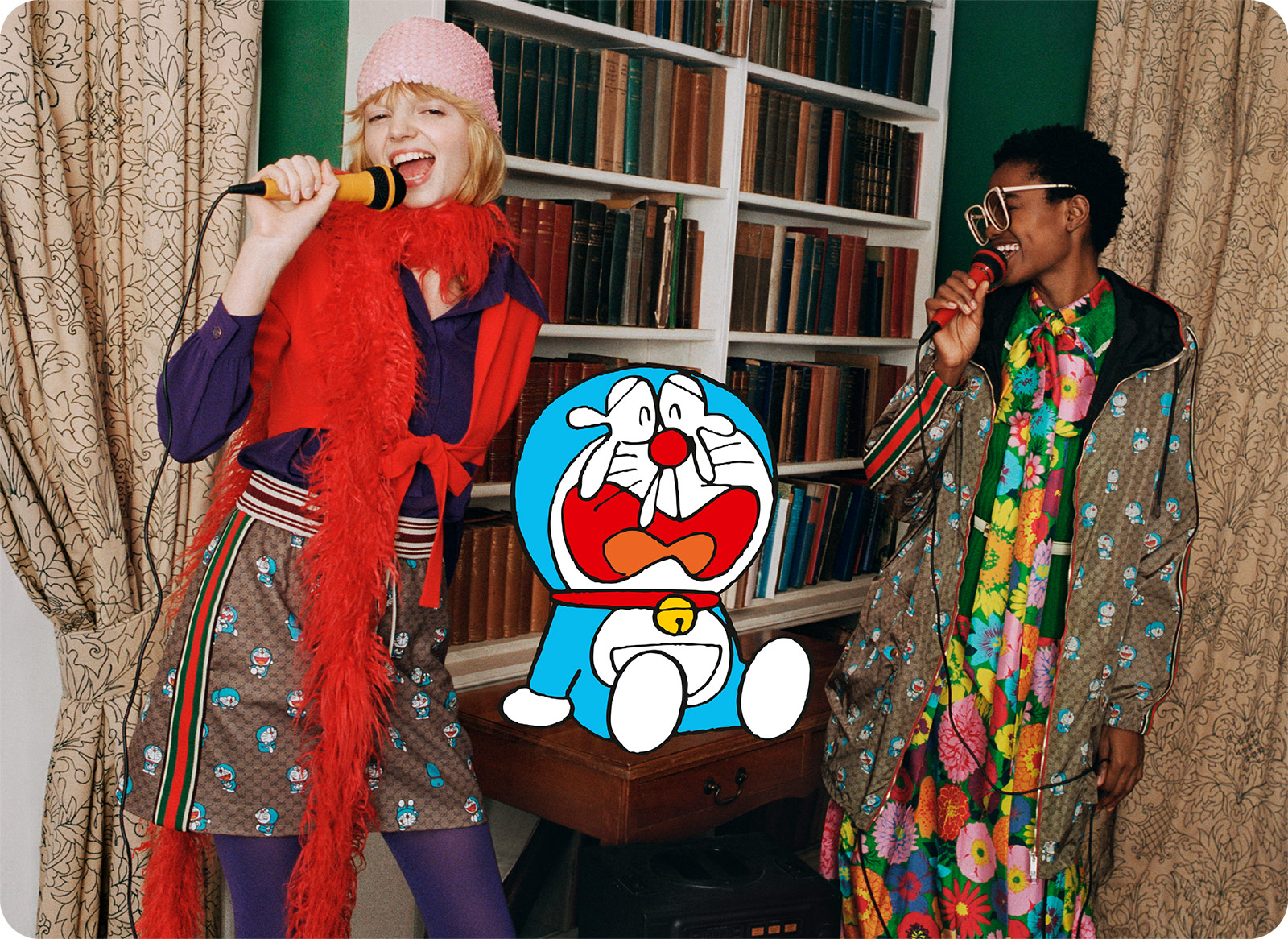 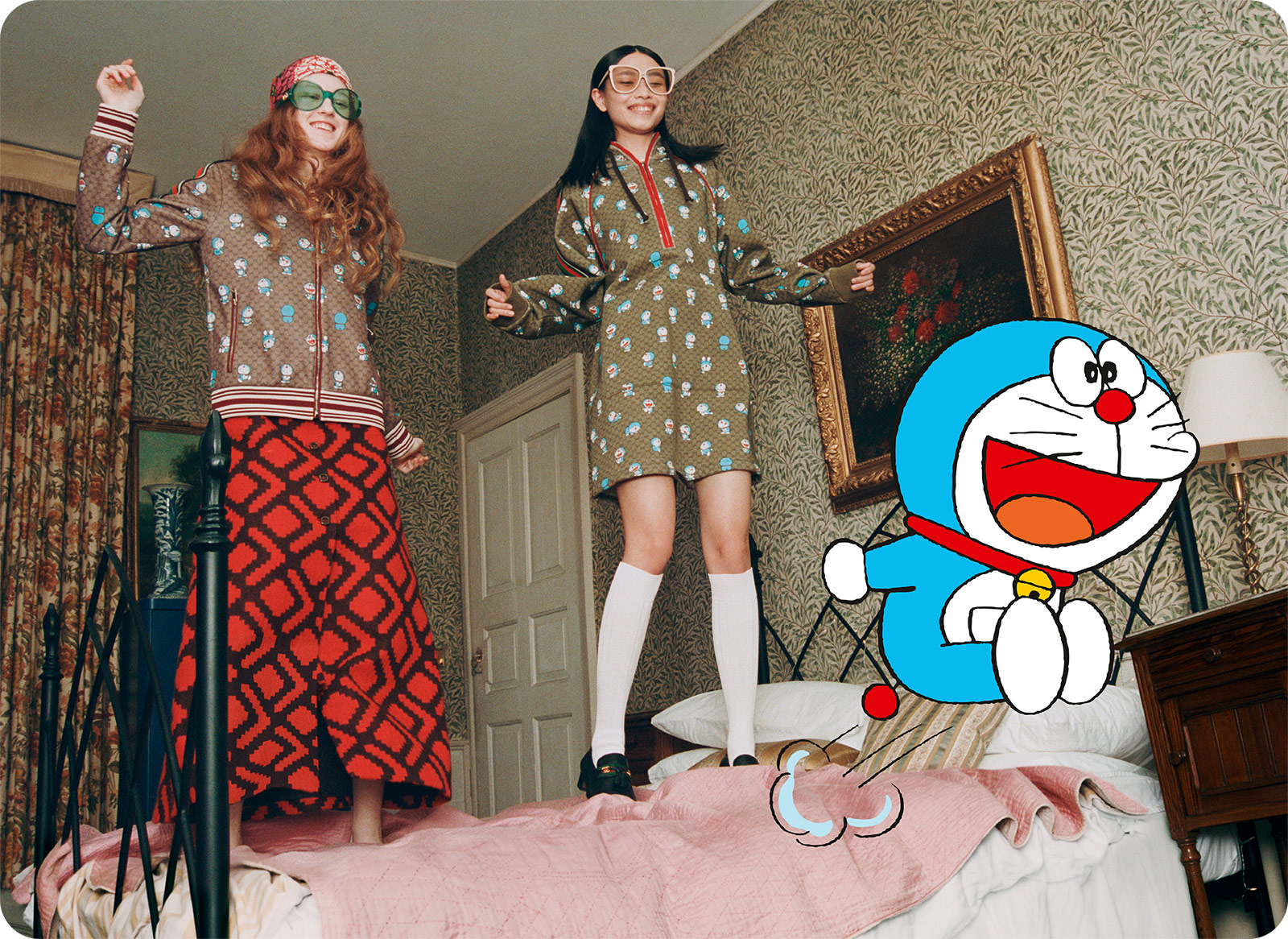