Russia as you’ve never seen it 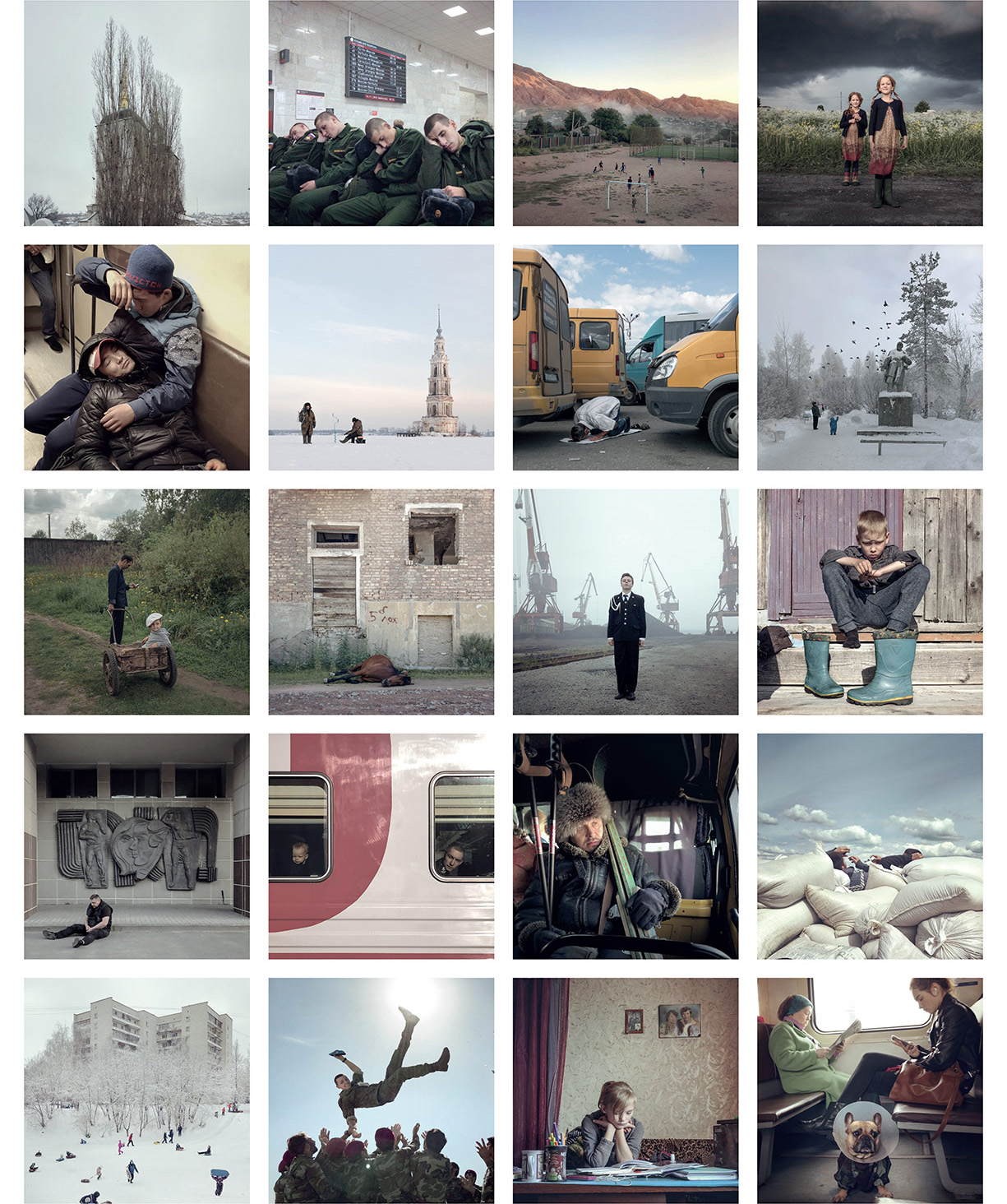 “Every added picture is like another chapter in my own history”, says photographer Dmitry Markov in his book #Draft (published by Tree Media). His work walks away from the ‘social photography’ label. Through his photographs, he depicts scenes of daily life, his environment, his encounters with friends, colleagues, and other people around him. When he gets asked why he goes after ‘life’s unpleasant side’, he replies, “because I am part of it.” #Draft #Russia is his most recent exhibition, and you don’t want to miss it: until June 4 at the agnès b. boutique galerie in New York City.
Markov’s vision can’t be understood without going back to his days as a kid, to what the 1990s meant to him – the years of addiction, the time following the ‘social downshifting’ lifestyle, or his experiences as a volunteer. His childhood and teenage days were inscribed within an era where the ‘natural’ order of things changed; the paradigm shifted. He’s part of the early post-soviet generation, and those days were full of mystery and adventures – far from being supervised by adults.

“Now that I am grown up, I assume it might have appeared plain wrong – hanging out god knows where, occasionally breaking arms and sniffing glue”, says Dmitry. “It seems extraordinary nowadays, when the police would start a file on a hefty 14-year-old for staying out after midnight. But that was the way everyone lived, and it seemed a regular boy’s life”, he continues. Soon, he would get into drugs, which turned his life into chaos but, ironically, led him to photography. “As I again attempted to quit, it occurred to me that I should find a hobby to take my mind off sad thoughts and depression”, he confesses from those blurry days.

Photography was his reason to be sober then, and now, he’s presenting #Draft #Russia, a compilation of sixty photographs where he documents the daily life in the Russian province of Pskov, a sort of mirror reflecting on himself while also portraying human vulnerability, addiction, and innocence. We see kids playing on the streets, taking a bath at a lake or sleeping in trains. Young boys shaving their friends’ heads. People on strike. Or people inside of a church. Sailors, militaries, farmers. The countryside life, a glimpse of the city life and how people interact and move around. 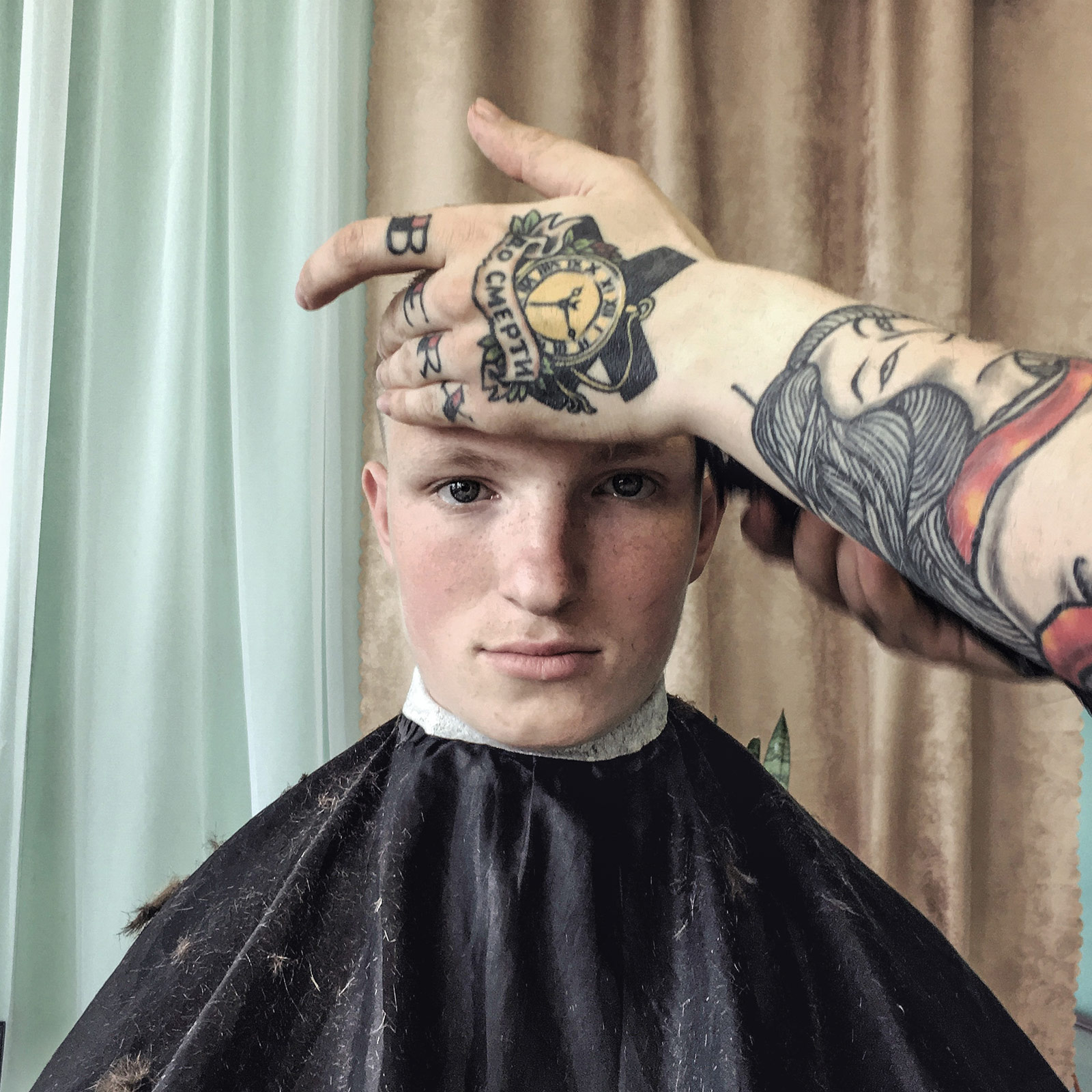 Portrait of a Raifa special school pupil for children with deviant behavior. Chistopol, Republic of Tatarstan, Russia. Série #Draft #Russia, 2016 © Dmitry Markov Courtesy Joe Baio Photography Collection.
Going through his works, I feel it’s about capturing pieces from other’s lives that make us relate to those moments somehow. Maggie Steber, National Geographic photographer, states that she was “drawn to Dmitry’s work because it reveals a character of Russian people that I find to be very true, a kind of wistful longing or loneliness that stems from their history and culture. His focus is on underrepresented voices, the elderly, neglected lonely children, and the invisible people we pass on the street without seeing. Dmitry forces us to see them, to notice them, to want to hear their stories, to want to love them and to identify with them on a basic, visceral level.”

“Some of my subjects seem sad if not downright depressing to viewers”, says Dmitry. “But they make me calmer – when I can render this sadness in text or picture, I feel that I have less of it inside”, he continues. After his experiences volunteering in different women’s prisons, hospitals and mainly his journey with kids at a summer camp of a psycho-neurological orphanage as a teacher, his “outlook changed permanently”, he states. Having experienced the hard conditions of those places makes his work real and sincere. At some point, he feels that “art and pain go hand in hand”.

Dmitry won the Grand Prize in 2006, among others, and that was when he bought his first professional camera. He hasn’t stopped taking photos since then. Now, you can see his daily journey on Instagram through his smartphone’s photos. “A drug addict is never satisfied, he always wants more. Do not take it as a recommendation, but this kind of thirst might be very useful for a photographer. You are never satisfied with results, you always want to try again, make it better and or a photographer.”
The exhibition #Draft #Russia by Dmitry Markov will be on view until June 4 at the agnès b. boutique galerie, 50 Howard St, New York City. 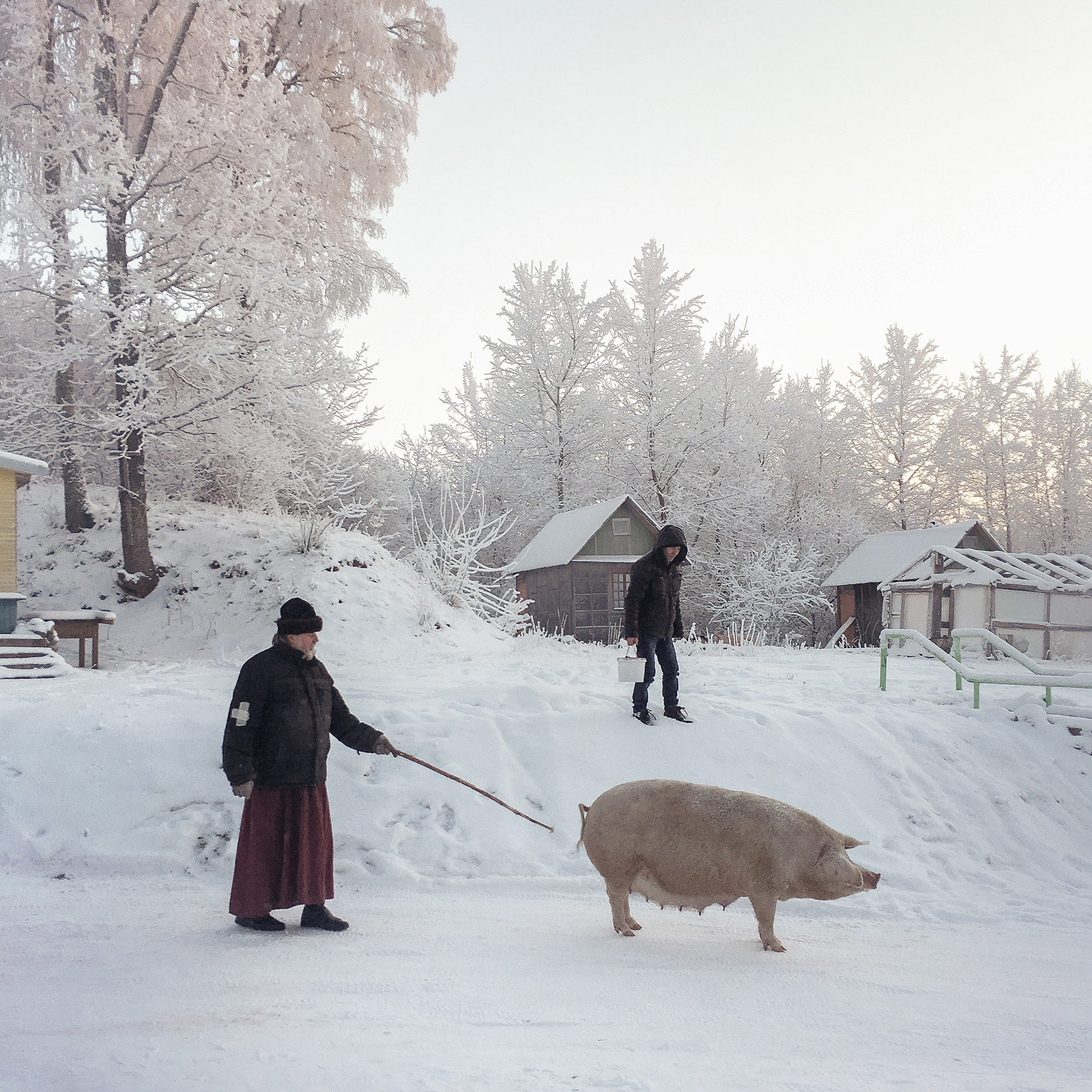 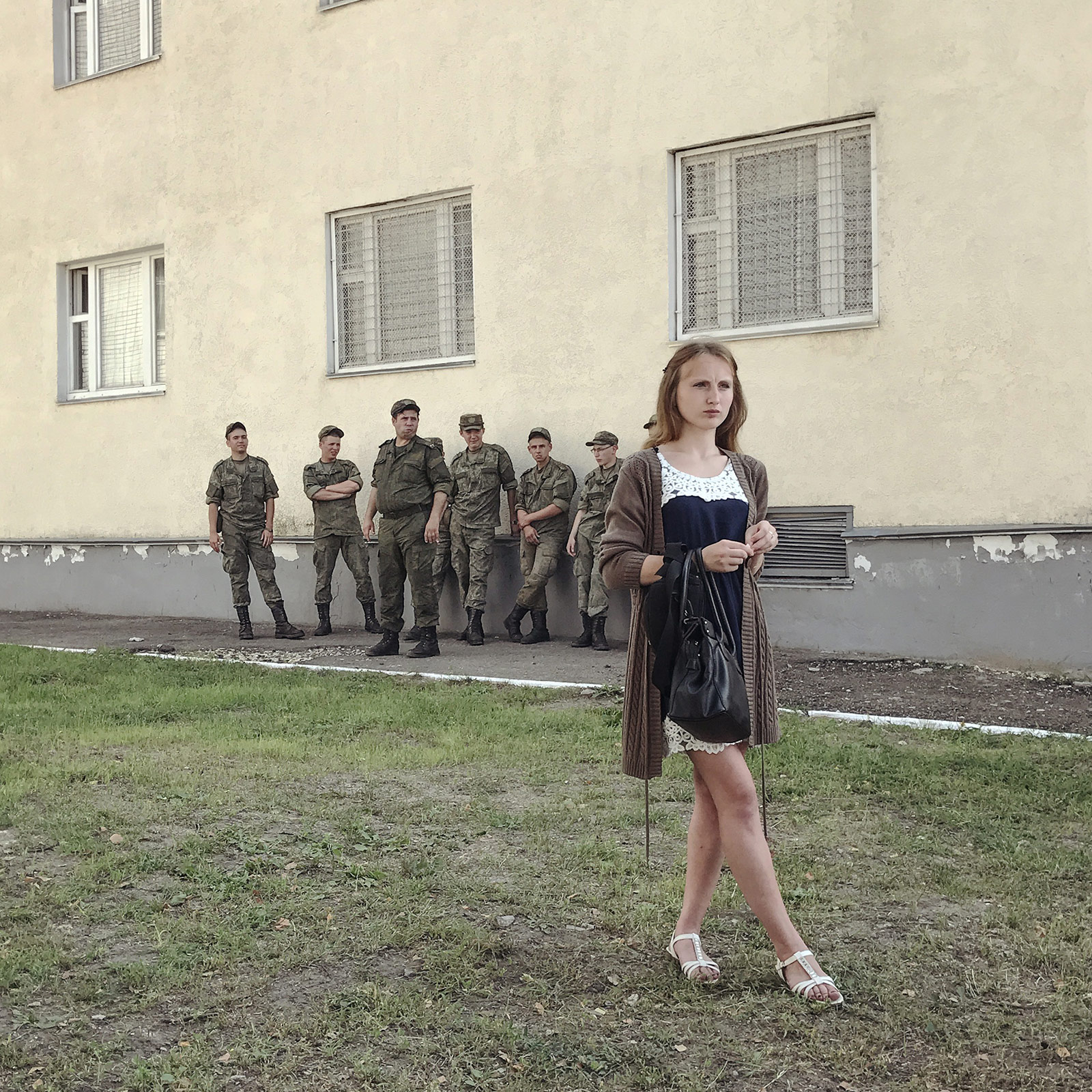 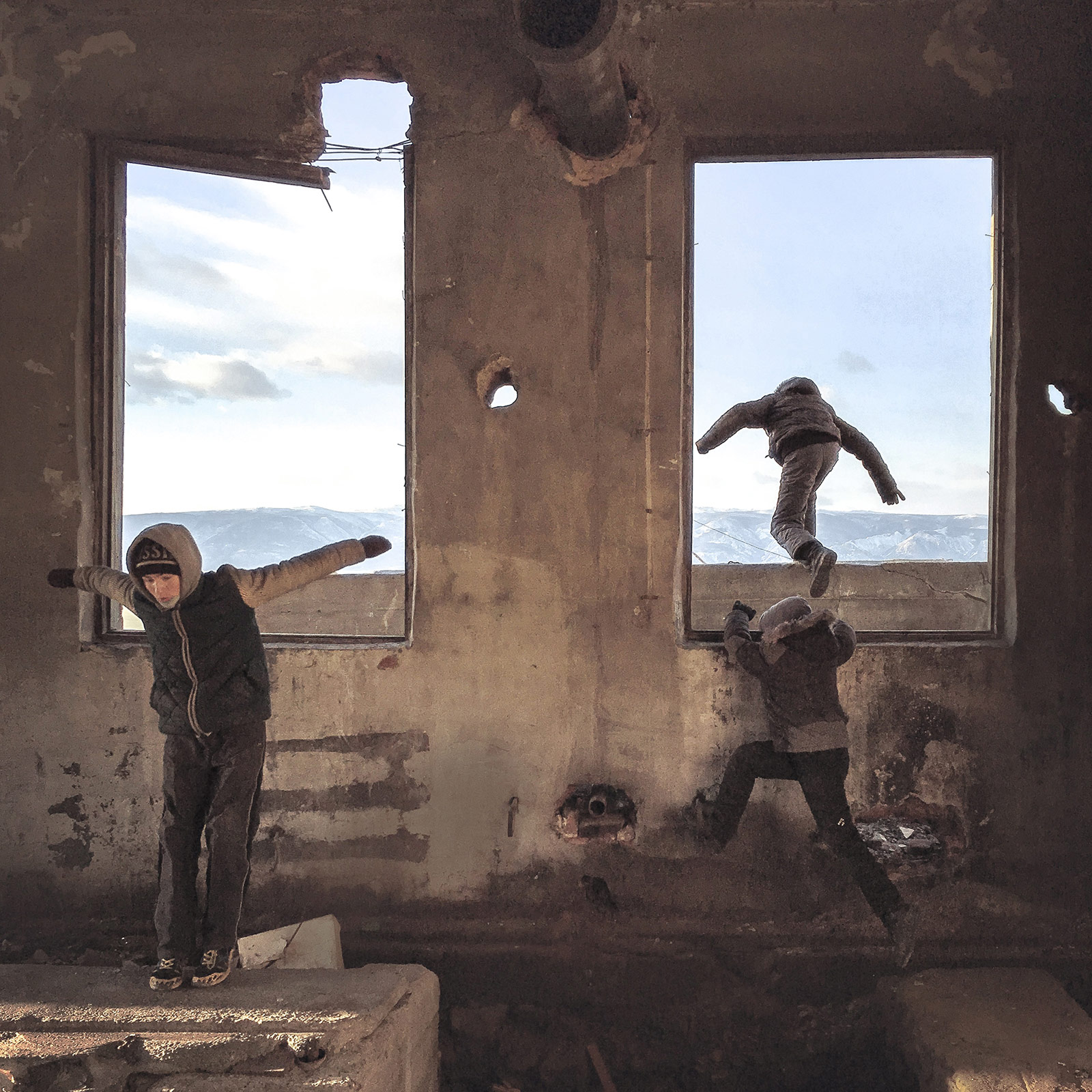 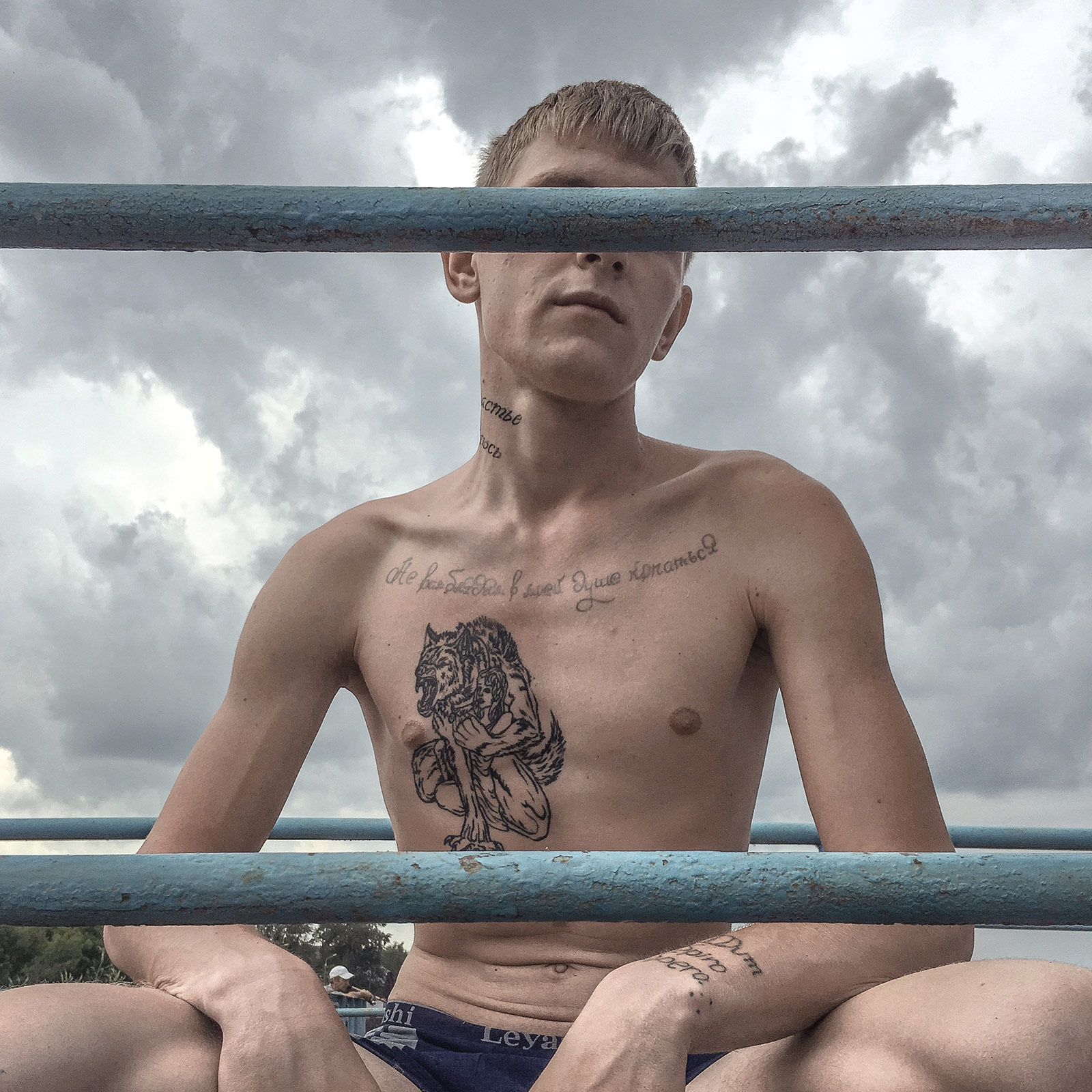