Where punk and haute couture meet 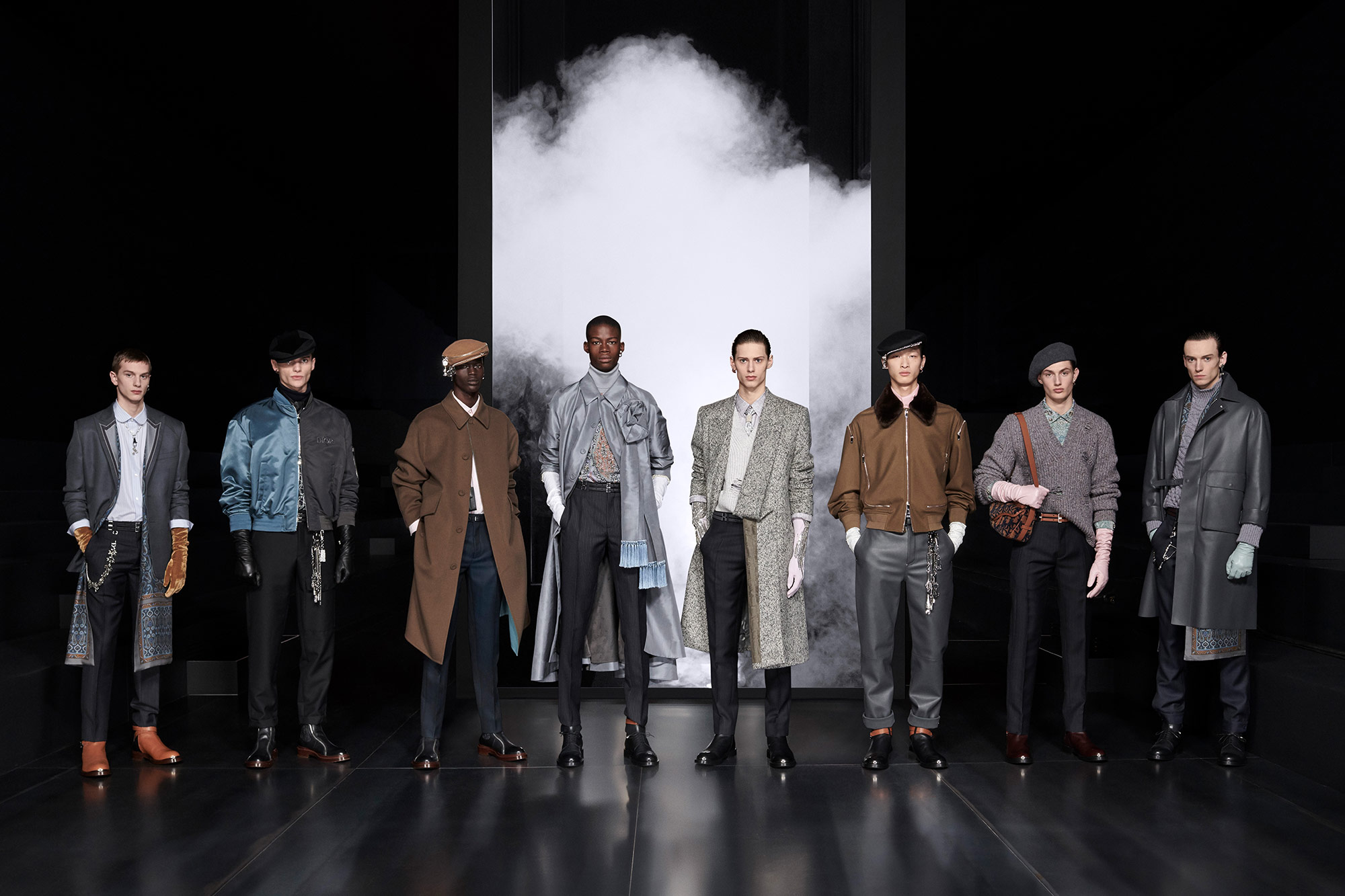 Kim Jones is mastering the art of merging female’s haute couture codes into his menswear collections; with Dior Men’s Fall/Winter 2020 presentation, he’s taking it to new heights. Opening the show with a precious and voluminous pearl-grey moiré swing coat with a crushed rosette at the collar and closing it with a richly embroidered coat in silver inspired by an archive piece of the 1950s, Jones paid homage to the French house’s skilled artisans and handicraftsmen as well as to one of his closest friends and muses: 1980s London iconoclast and punk instigator, Judy Blame.
How can one combine the so-called ‘high culture’ with ‘low culture’? Pinstripes with rich fabrics? Punk accessories and jewels with perfectly cut patterns and silhouettes? Just leave it to Kim Jones, whose statement about the collection reads: “This show is dedicated to the memory of Judy Blame, a close friend and pioneer in the world of fashion, whose love of couture was an inspiration to us all.” Because, even though he spearheaded the punk movement – the real punk and post-punk movements of the 1980s –, he shared common treats with the luxury house of Dior: a passion for fashion and beauty, an unapologetic approach to creating his own image according to his perception, a powerful and accurate instinct, and endless skills for garment and accessories-making.

Thus, Dior Men’s Fall/Winter 2020 collection is a perfect balance between the two. As the presentation note reads, “a journey to the heart of haute couture and a tribute to Judy Blame, a pivotal figure and a symbol of creativity that always looks to the future.” But to know your next step, you must first know your position and check the road behind you; that’s what Jones has done. Delving into Dior’s rich archive, he’s transposed the timeless elegance and flamboyance of haute couture into menswear clothes and accessories: from opera gloves to the arabesque motives and paisley in shirts, coats or scarfs, to the moiré effects of silk and the revisited Dior oblique canvas, which is now presented and enriched in beaded embroideries – in shoes, bags and shirts.

Another of the house’s signature motif, the toile de Jouy, is revamped as ‘toile de Judy’, designed in collaboration with the Trust Judy Blame Foundation. And back to the punk spirit, Jones is bringing back the newspaper print first popularized by John Galliano, which was also greatly inspired by Blame’s punk approach to fashion. The coats, blazers and jackets – from elegant double-breasted blazers in pinstripe fabric to highly-zipped bomber jackets – feature hanging chains and pieces of jewellery resembling those of the Londoner, who popularized the maximalist trend until becoming part of his signature look. Other accessories paying homage to Blame are the berets, made by Dior’s milliner Stephen Jones, also part of his characteristic look. In all, Jones proves once again that he can keep a punk spirit with the richest materials and silhouettes, blurring the boundaries between high and low and always keeping craftsmanship at its core. 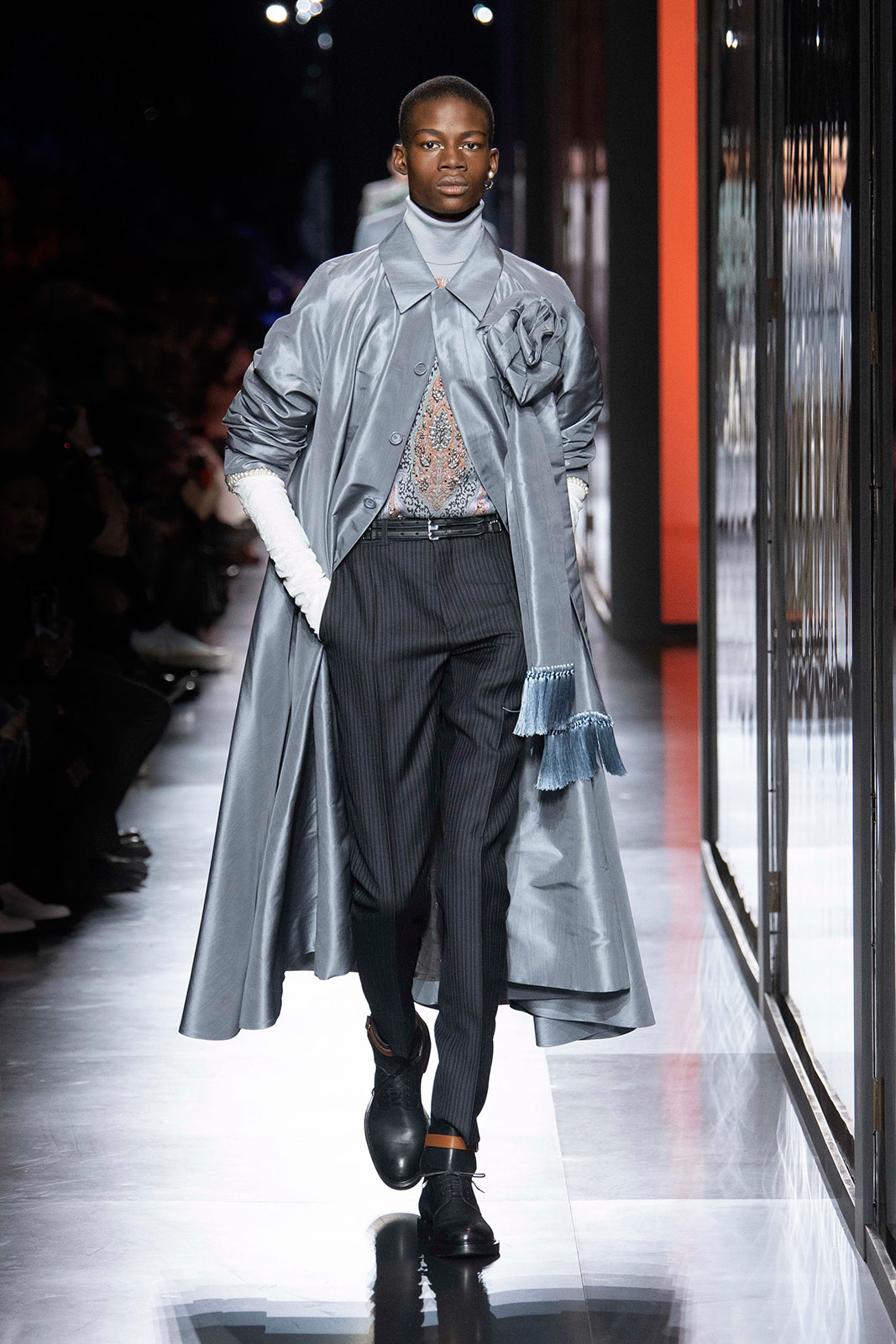 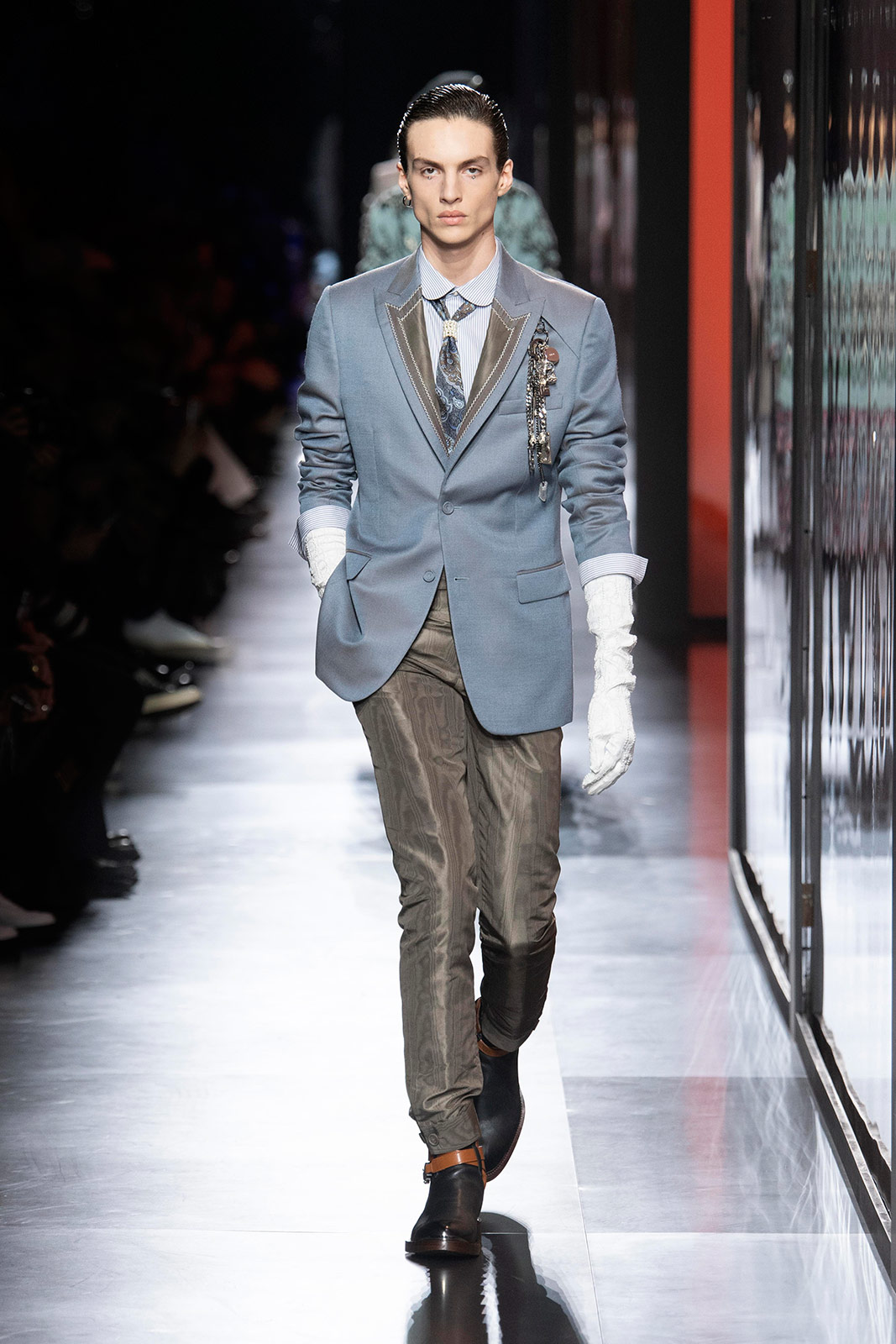 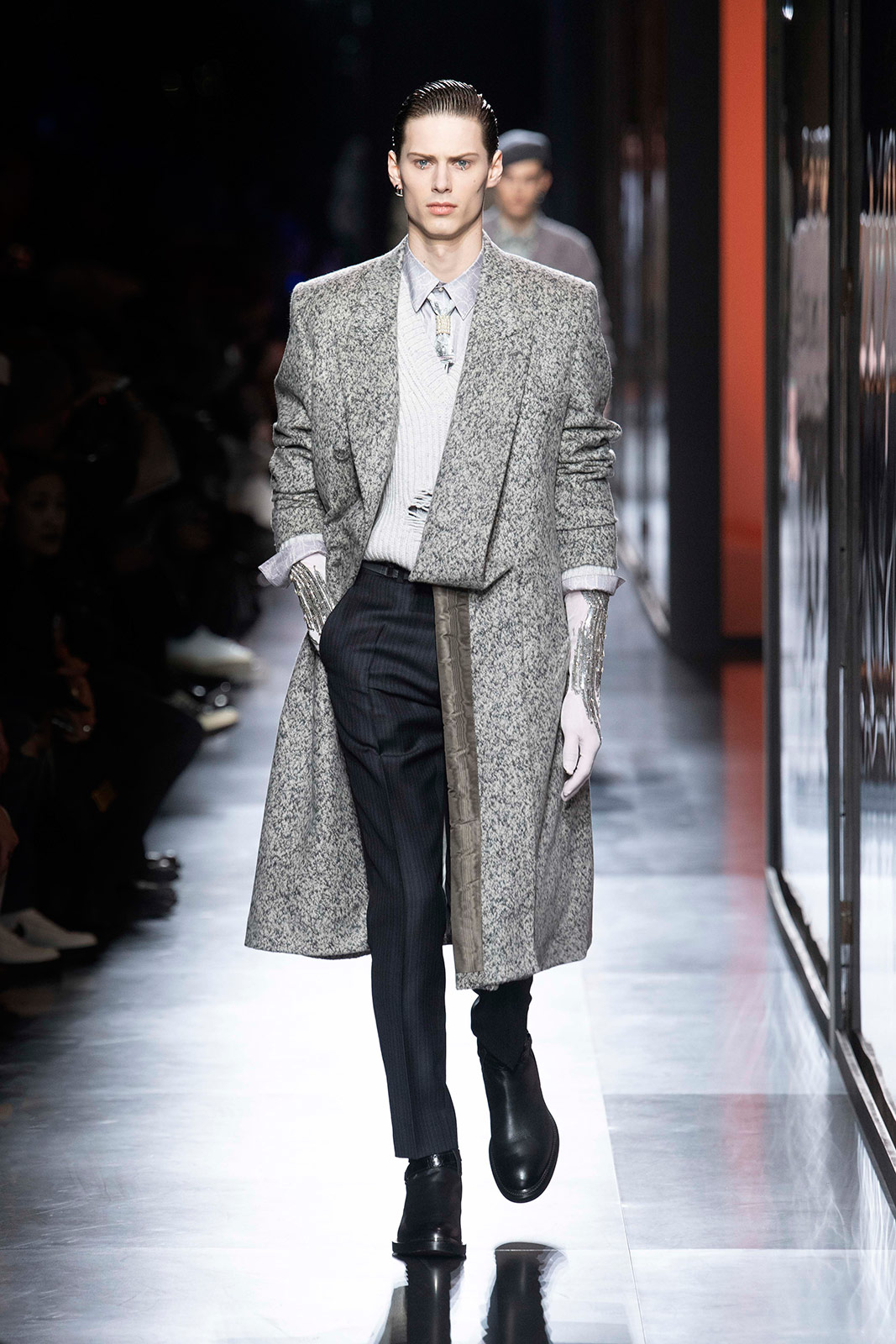 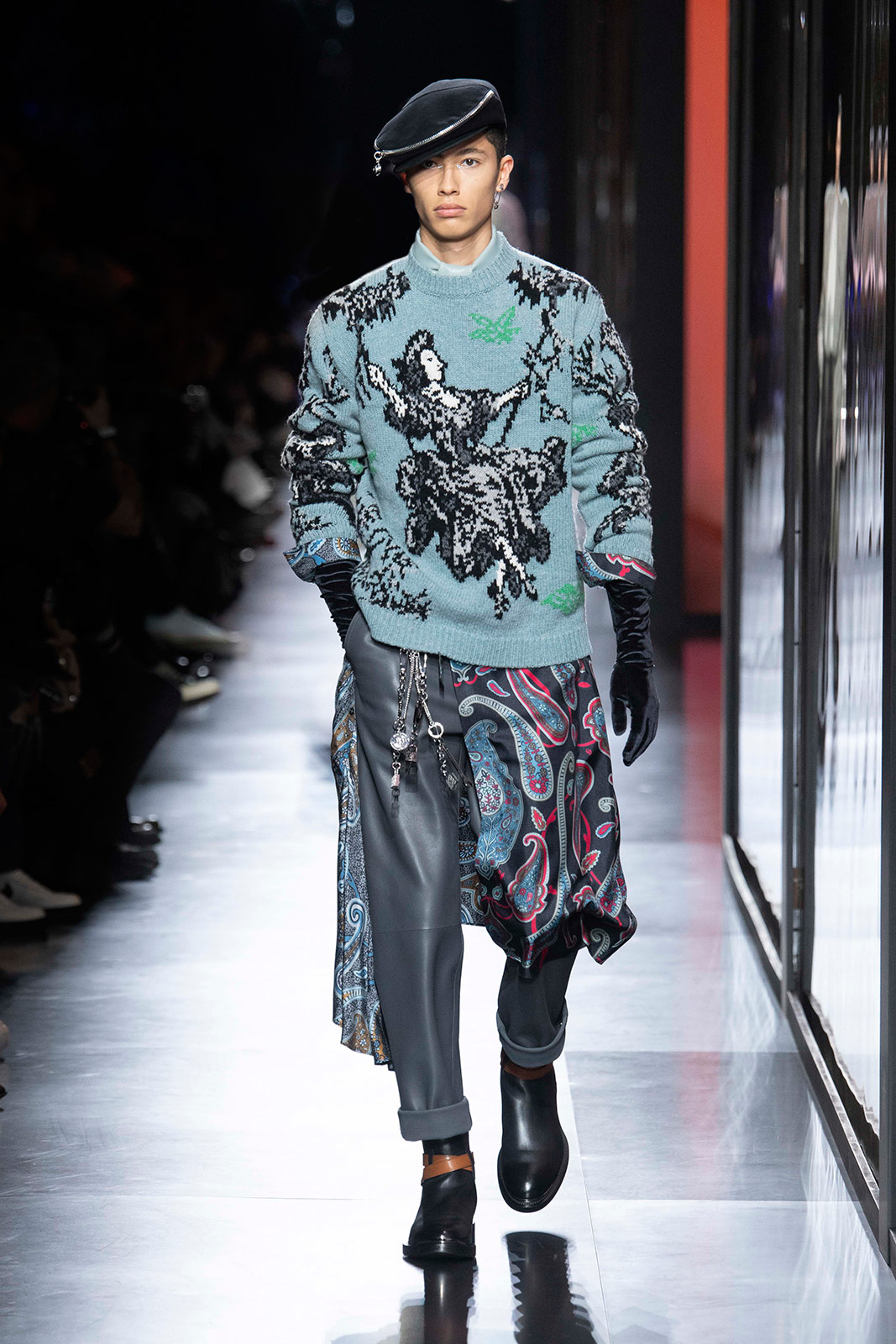 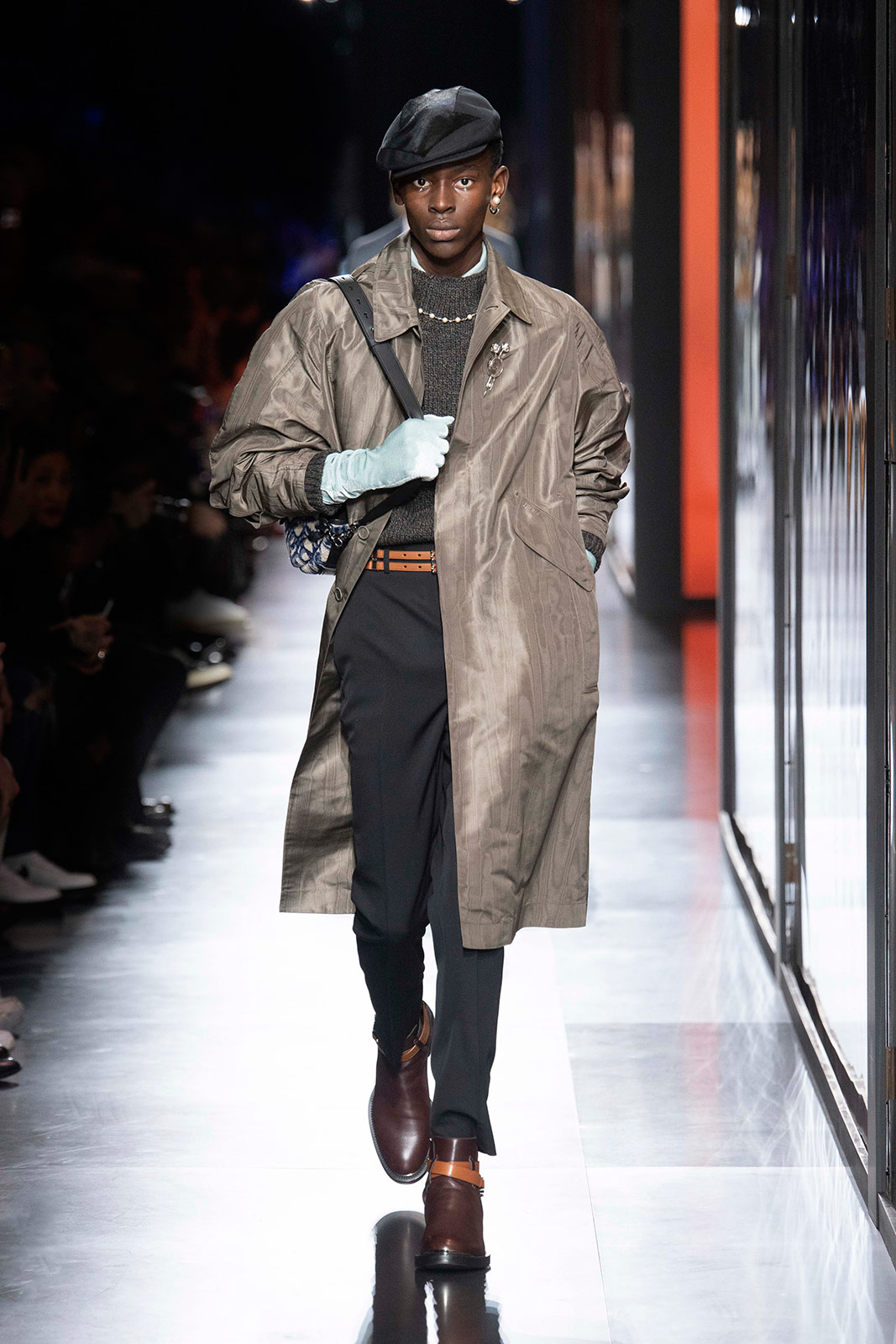 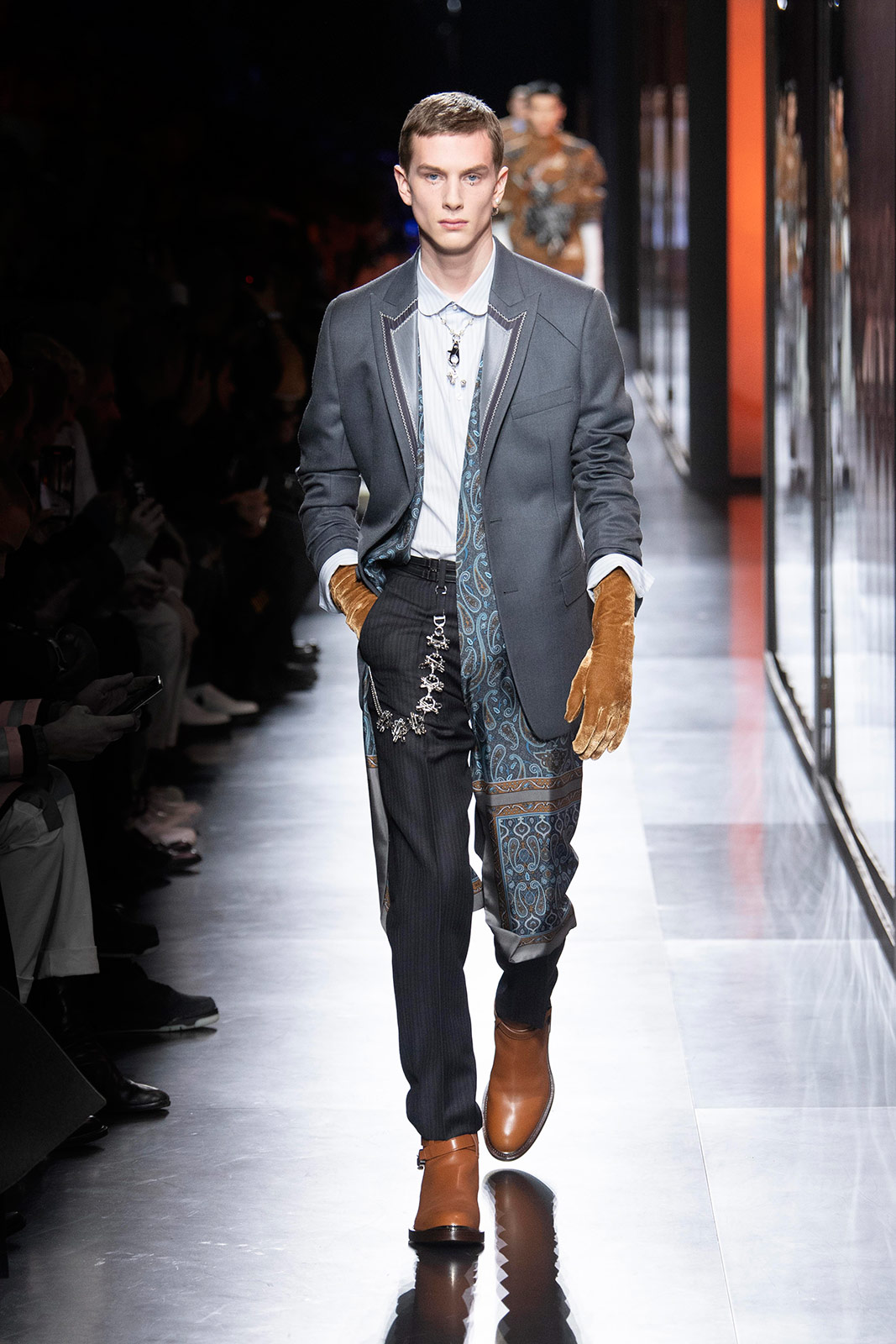 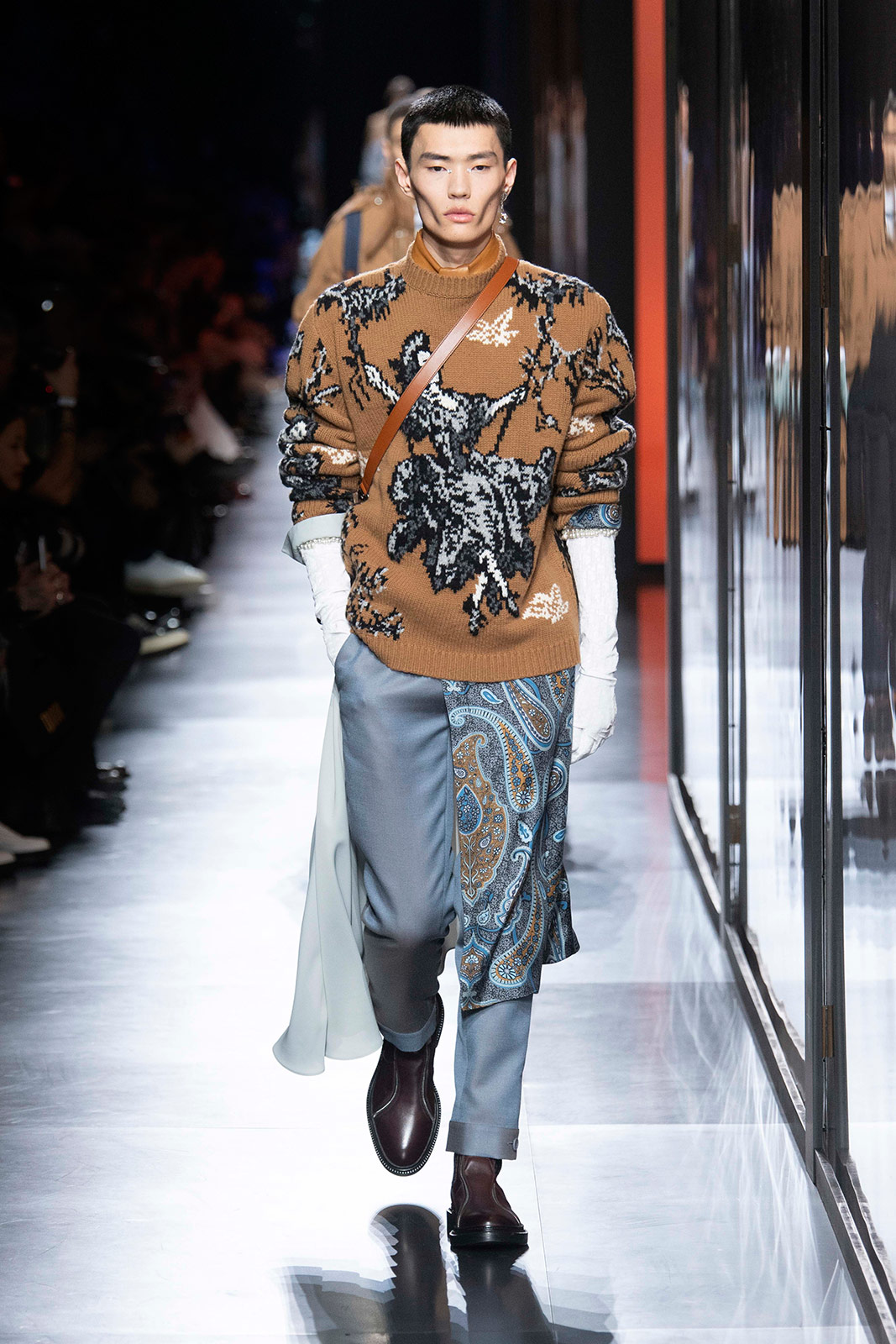 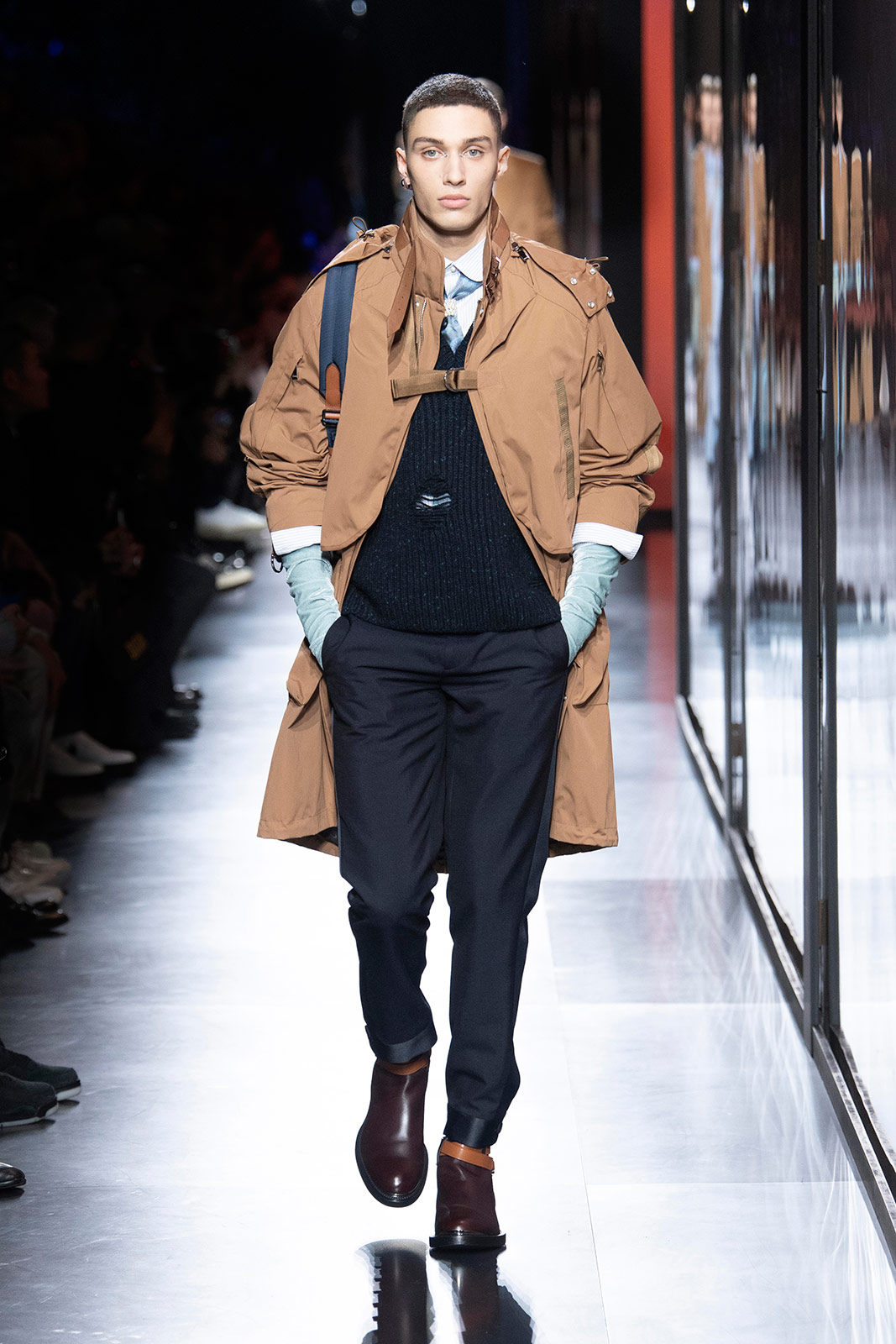 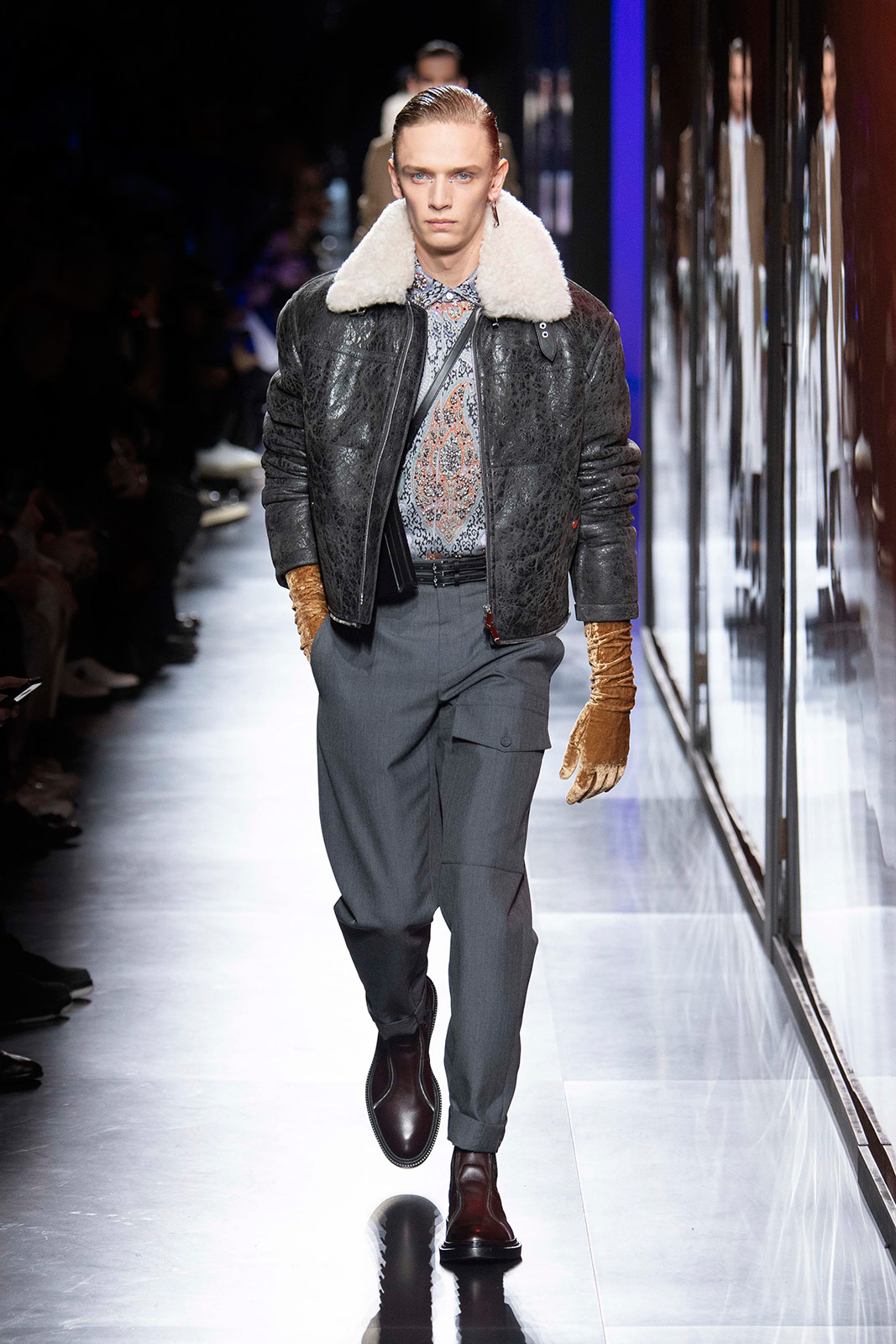 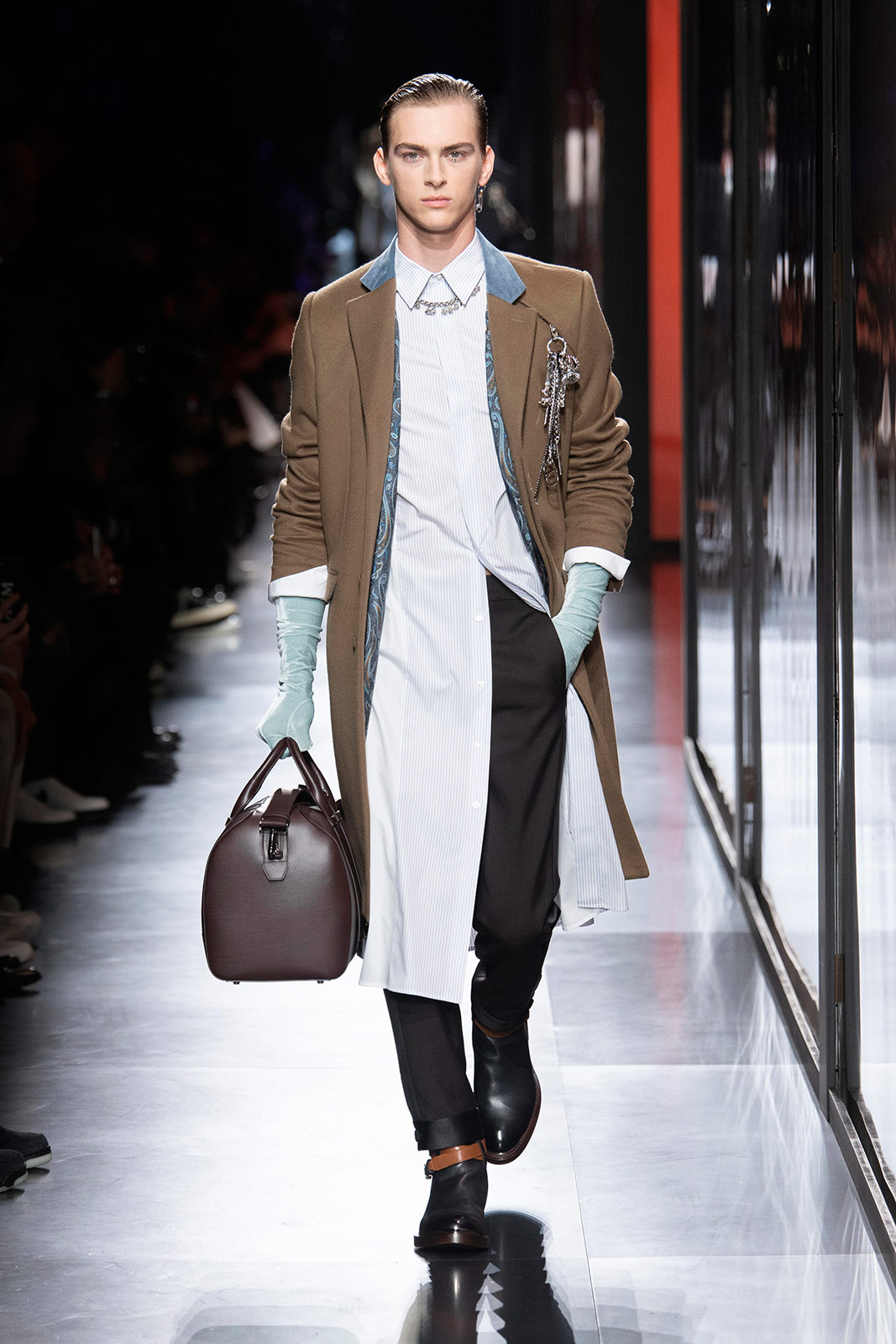 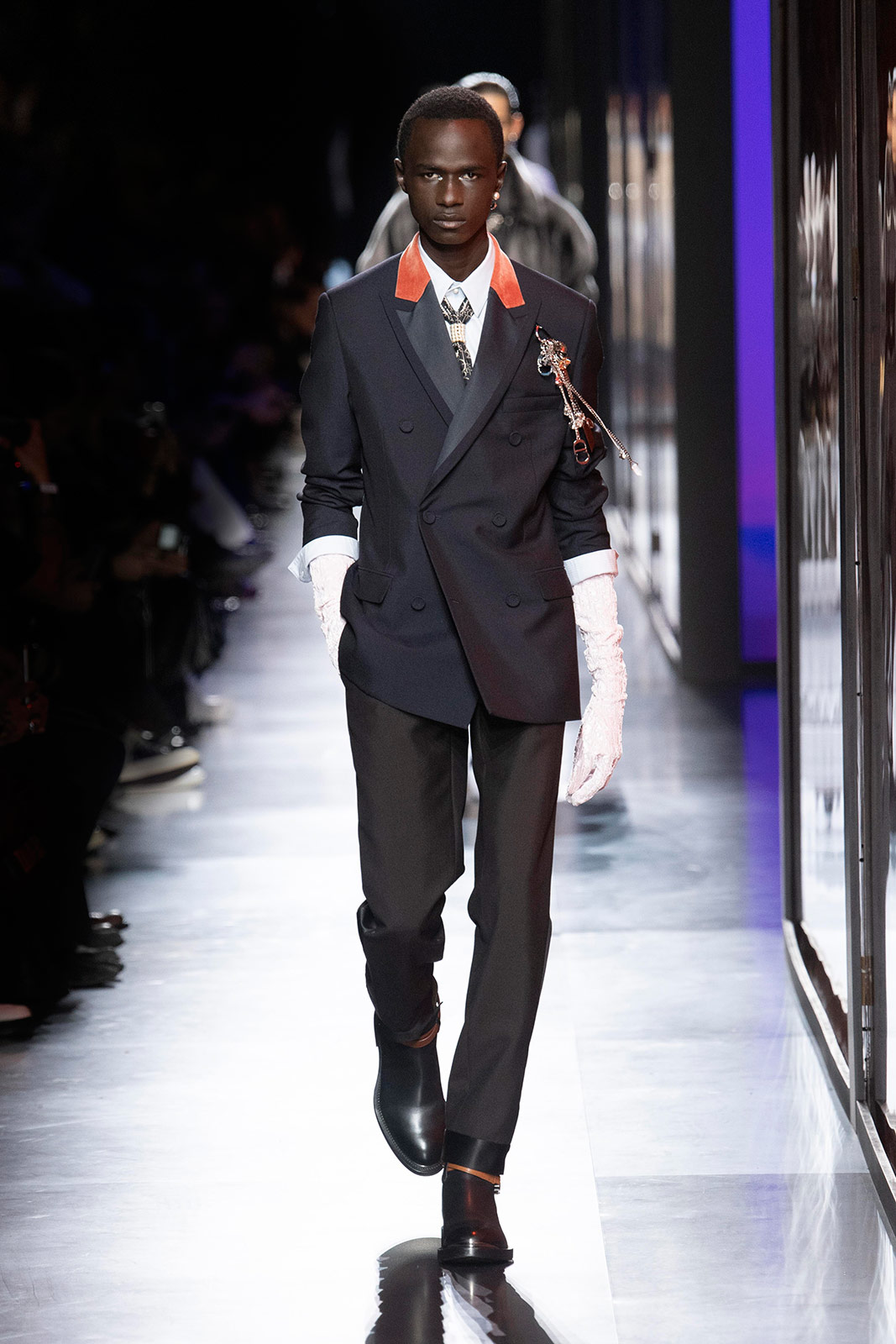 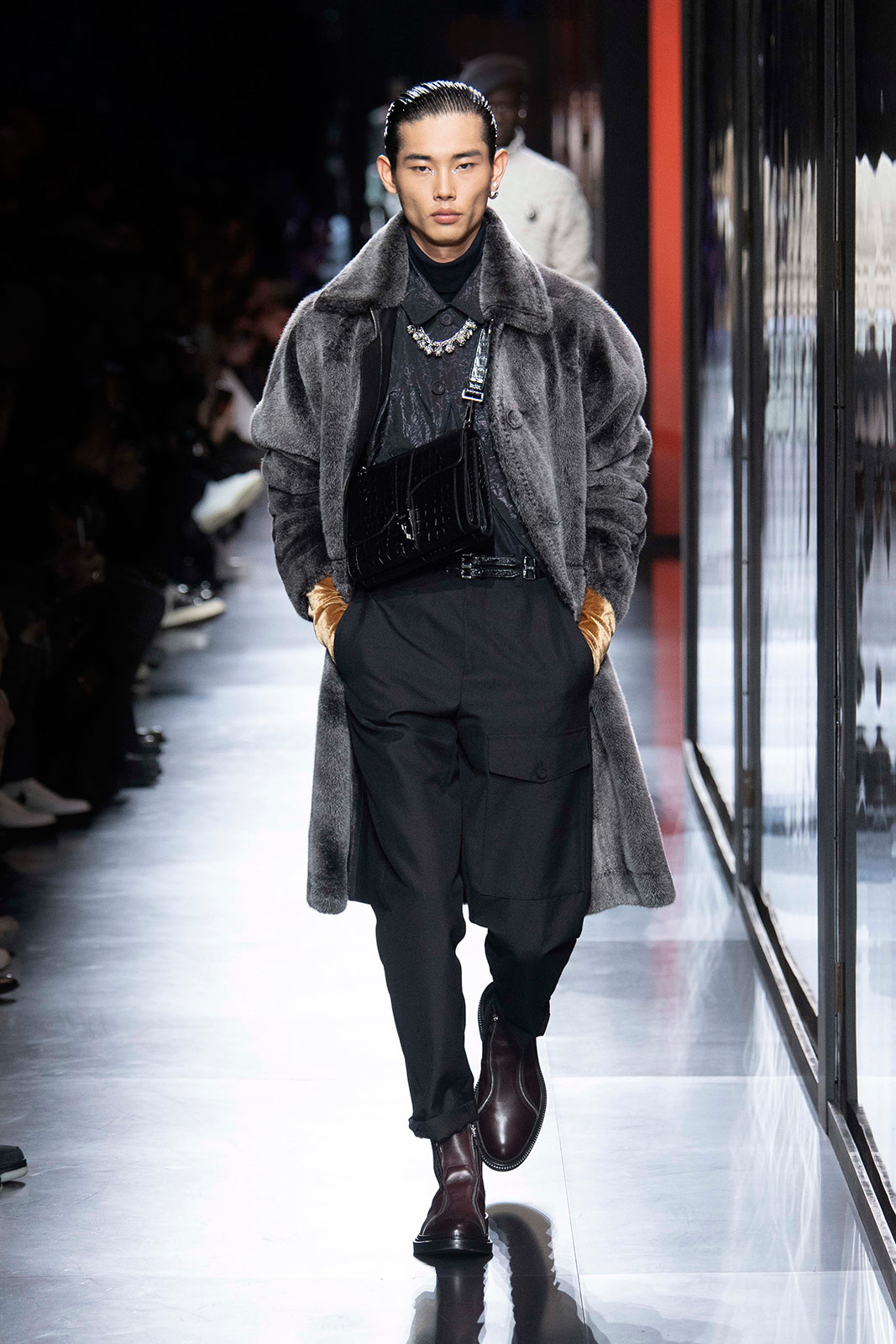 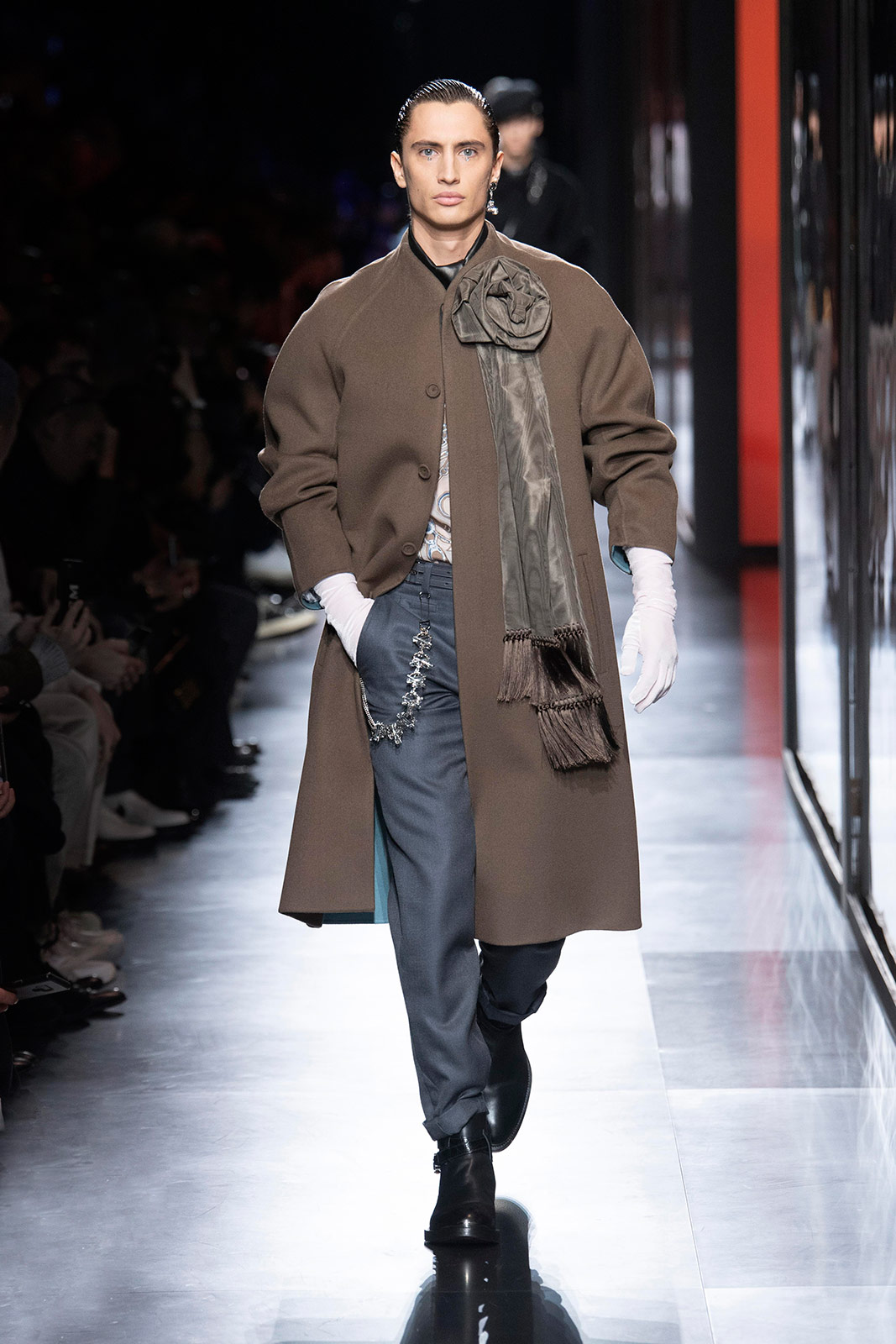 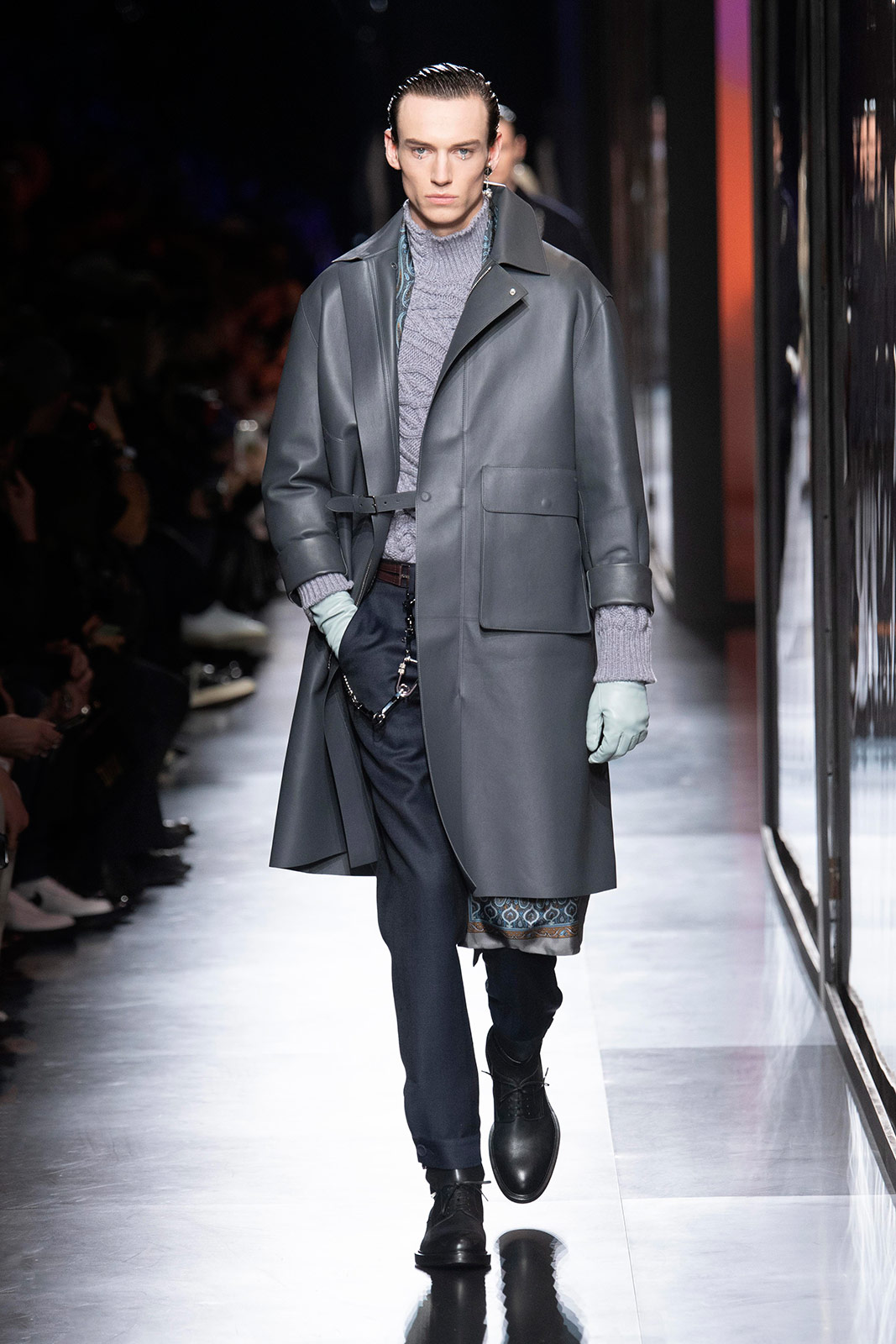 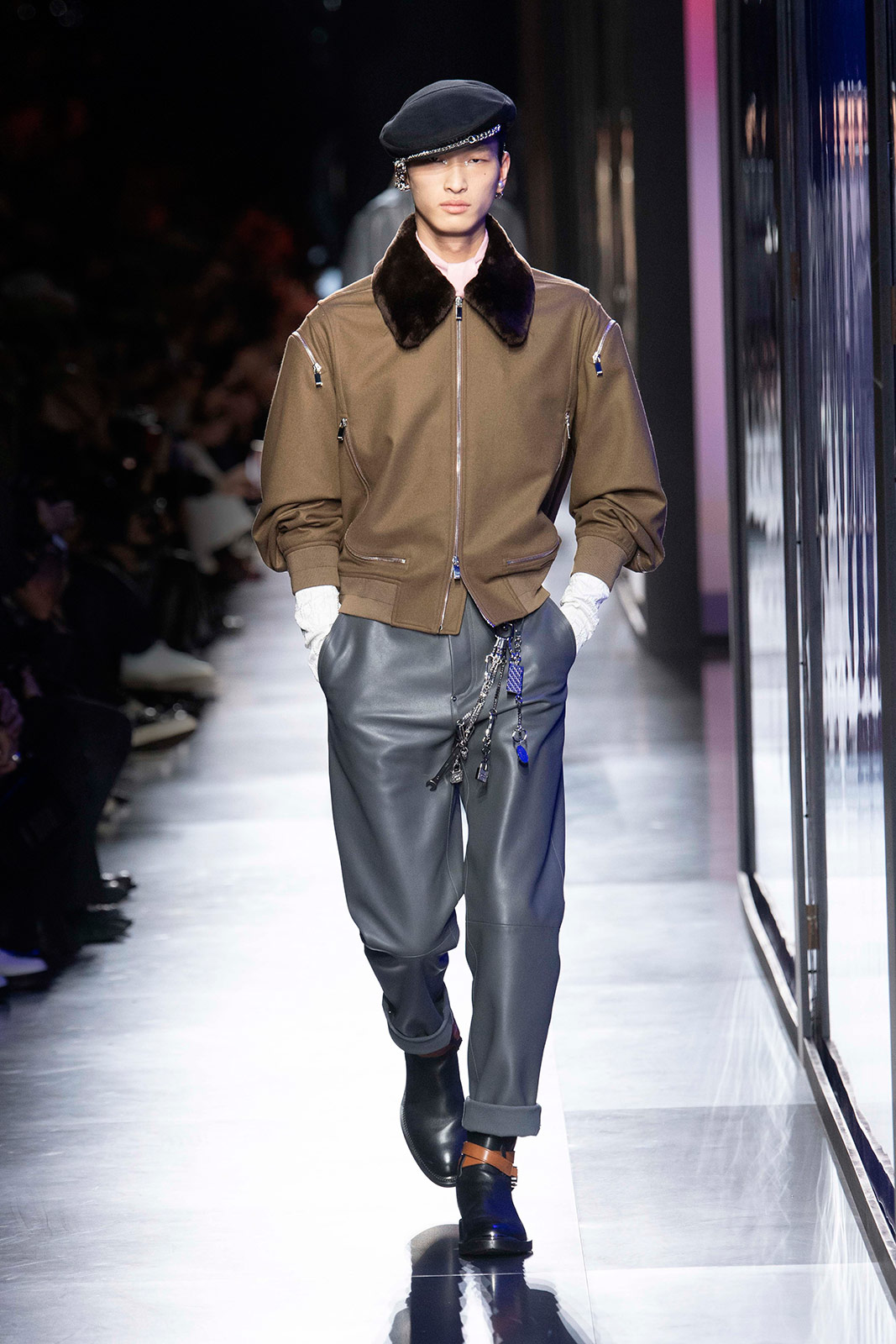 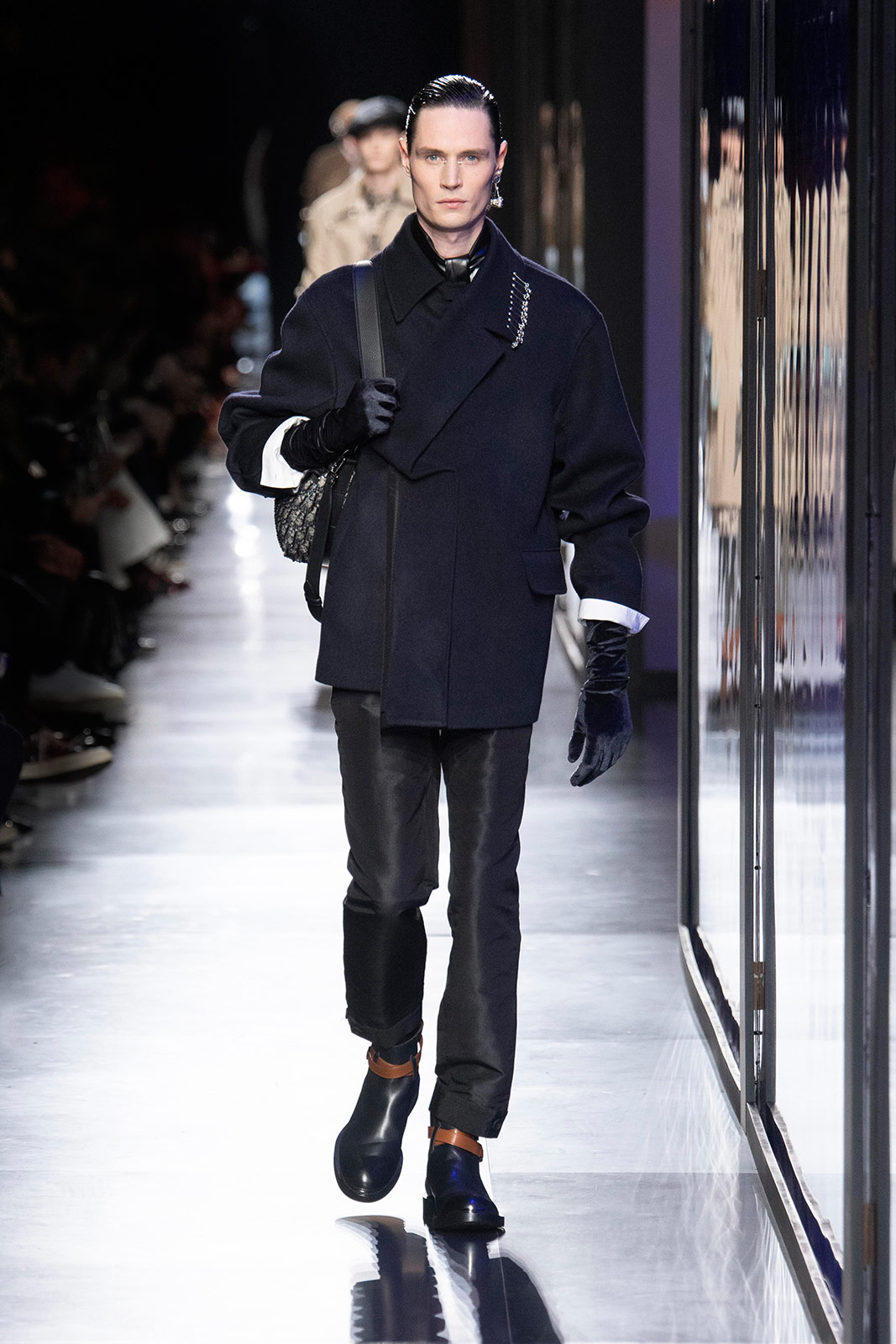 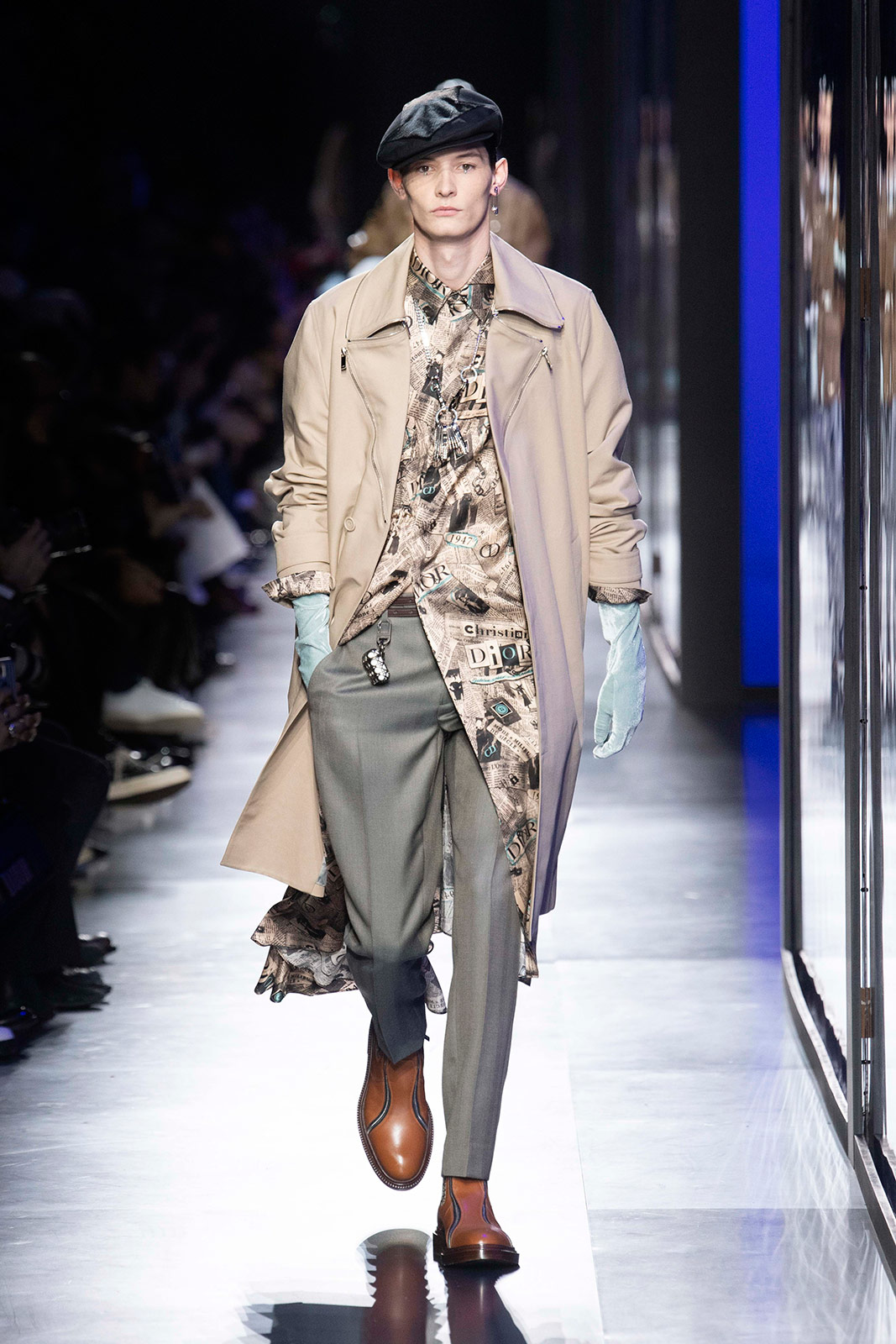 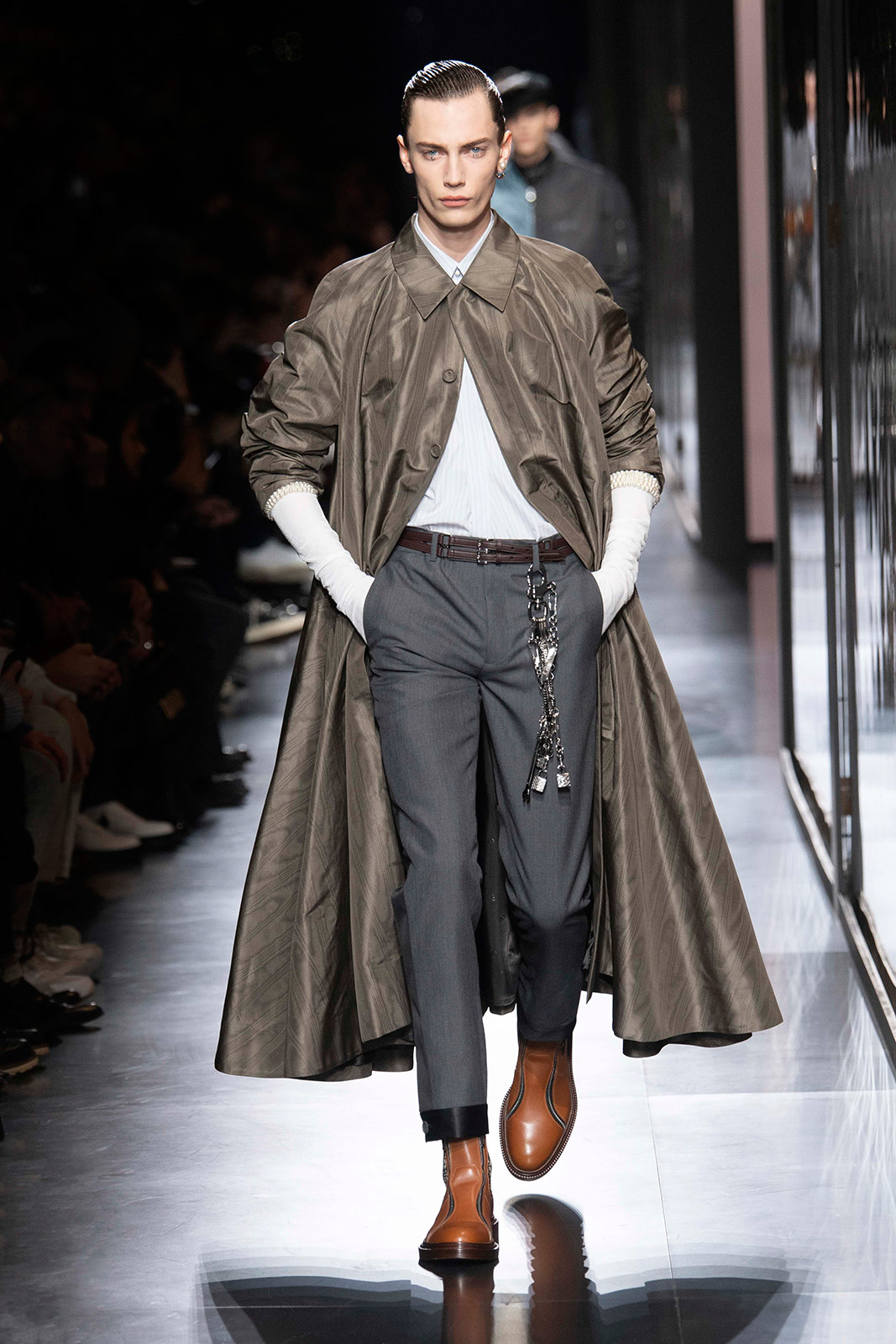 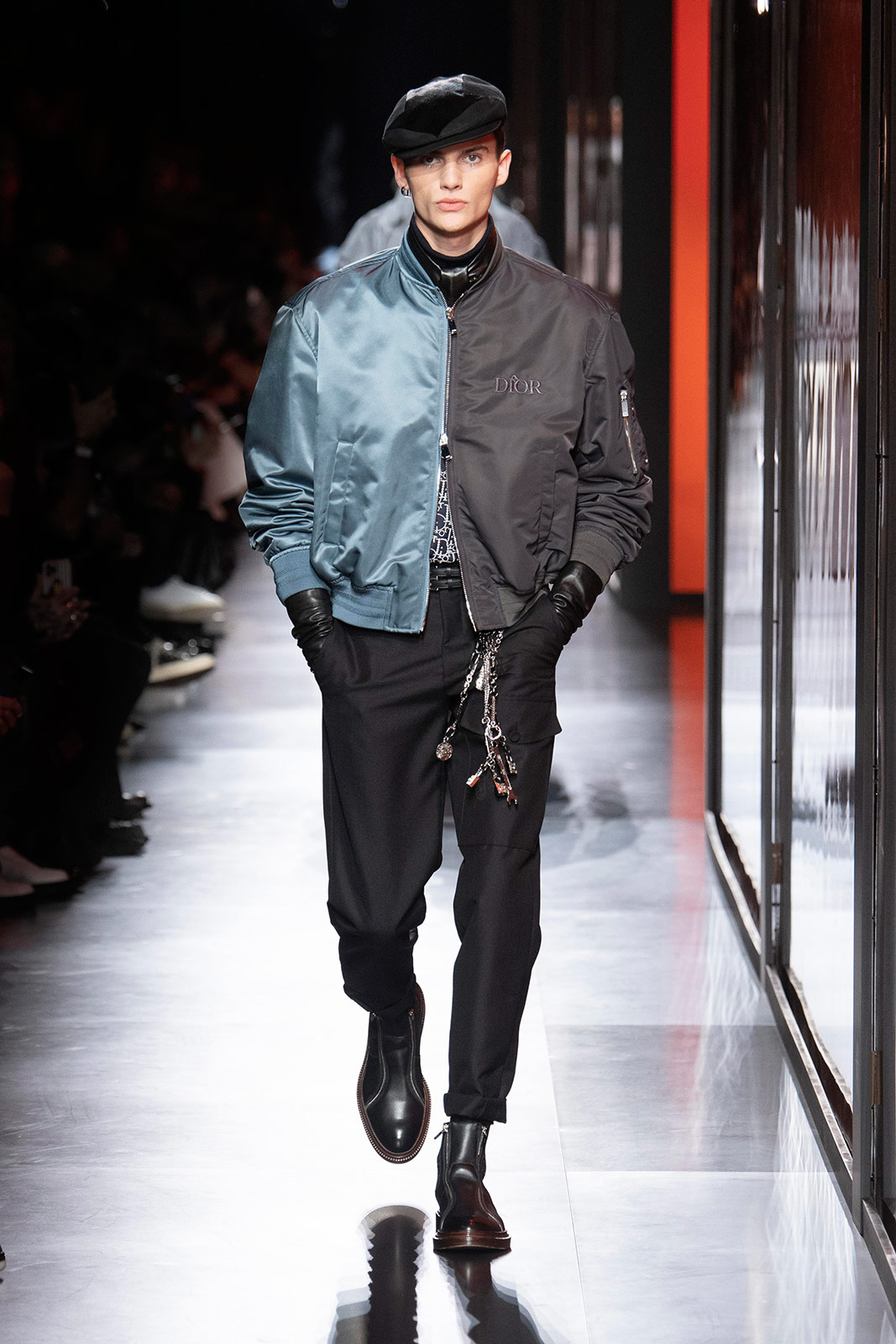 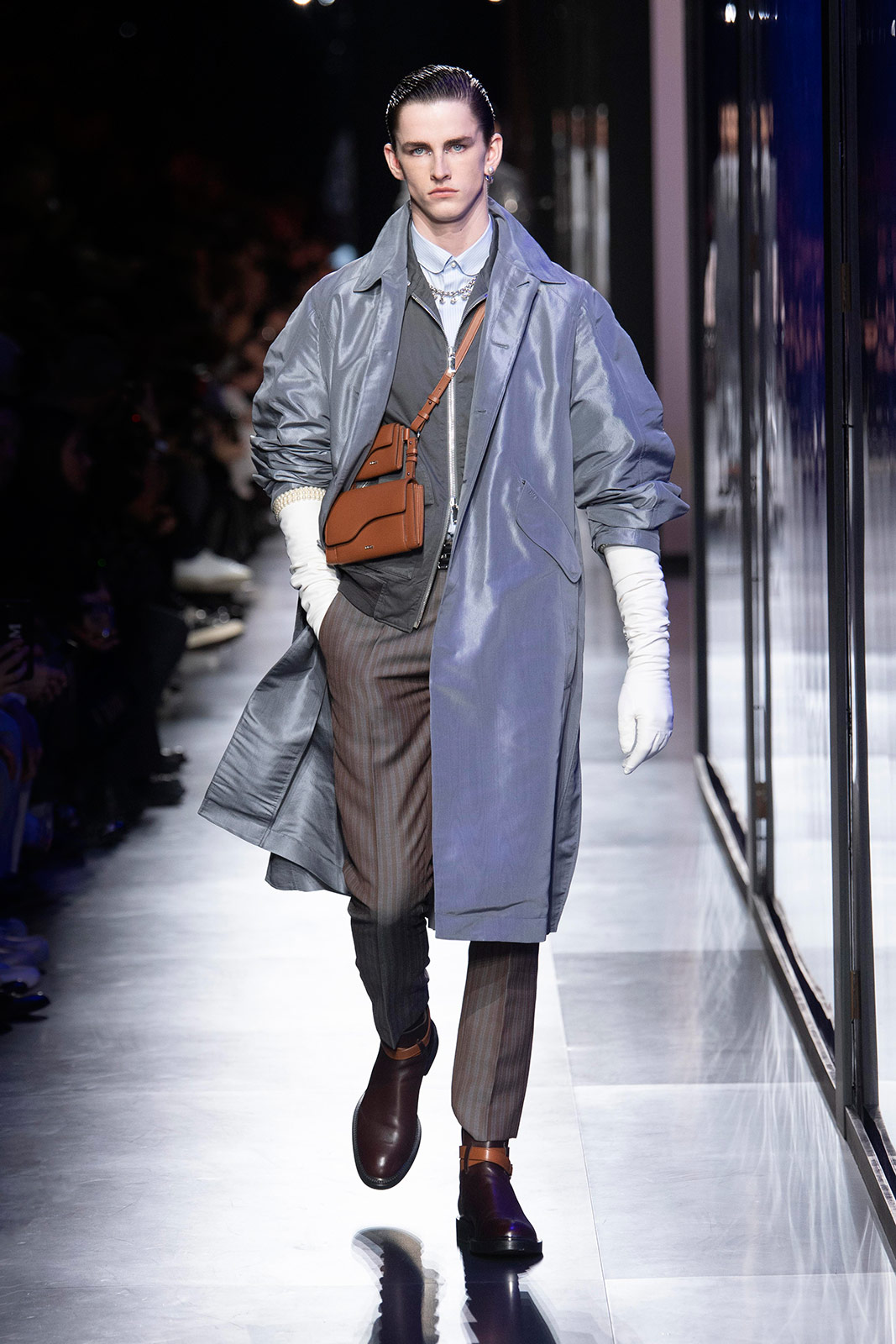 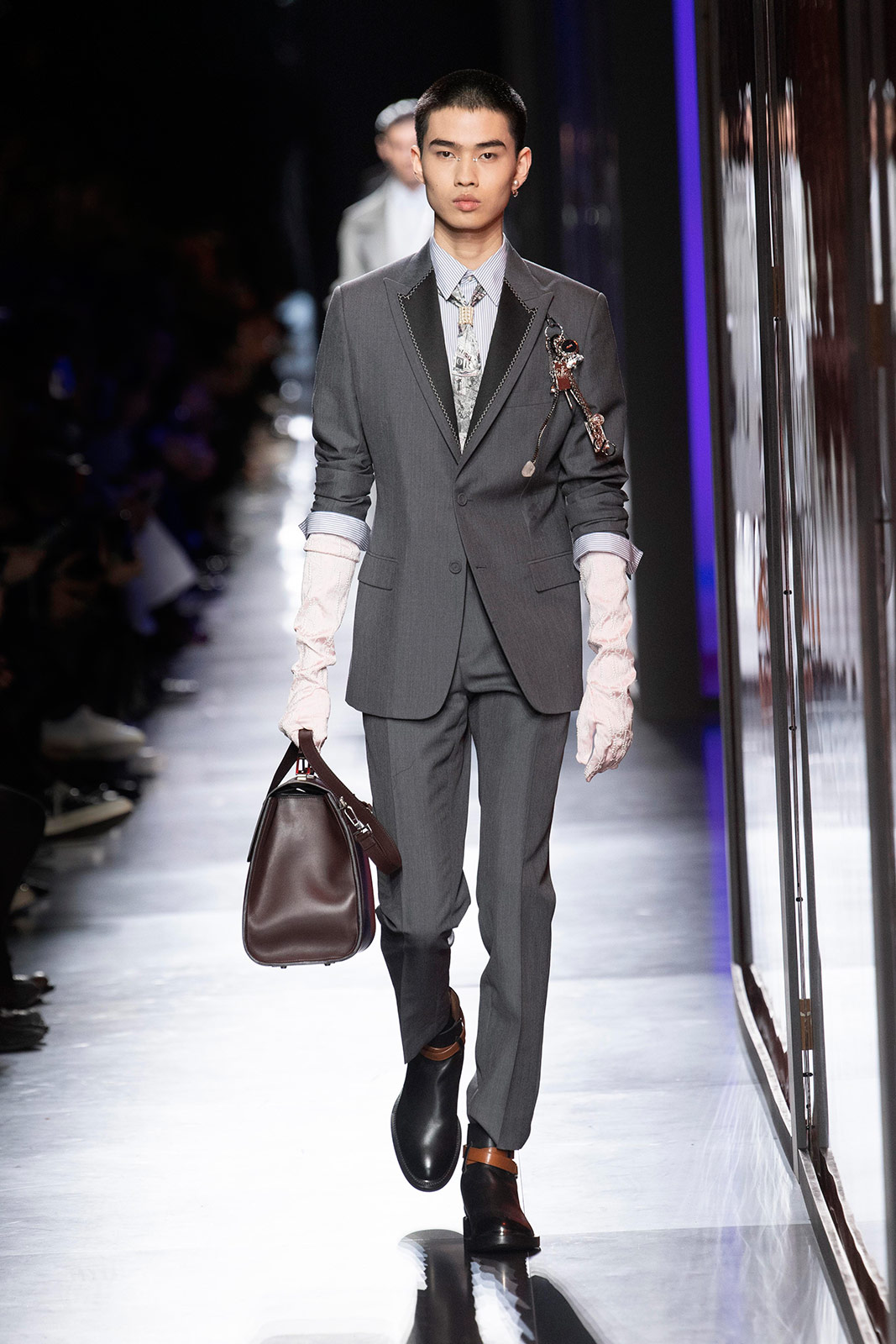 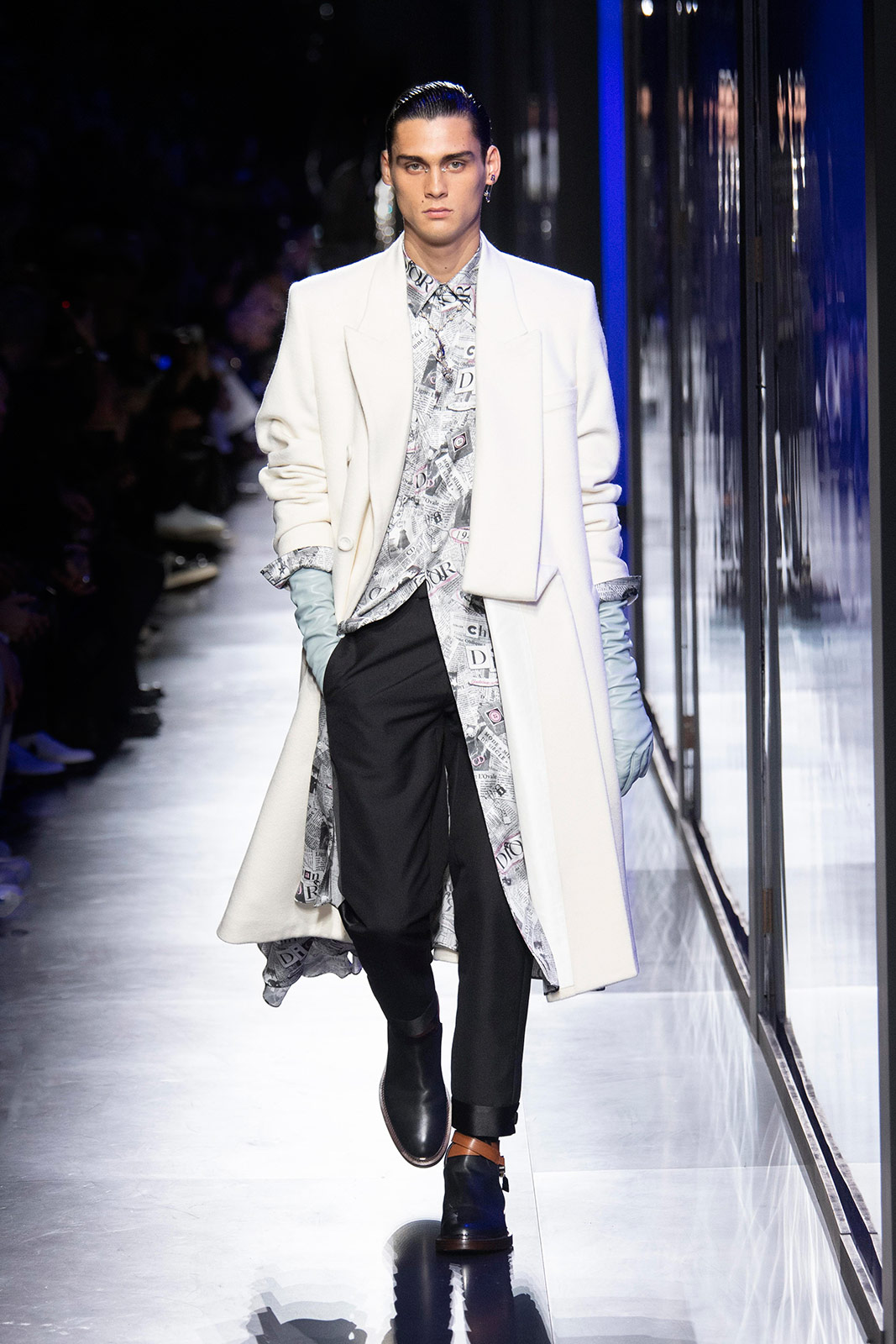 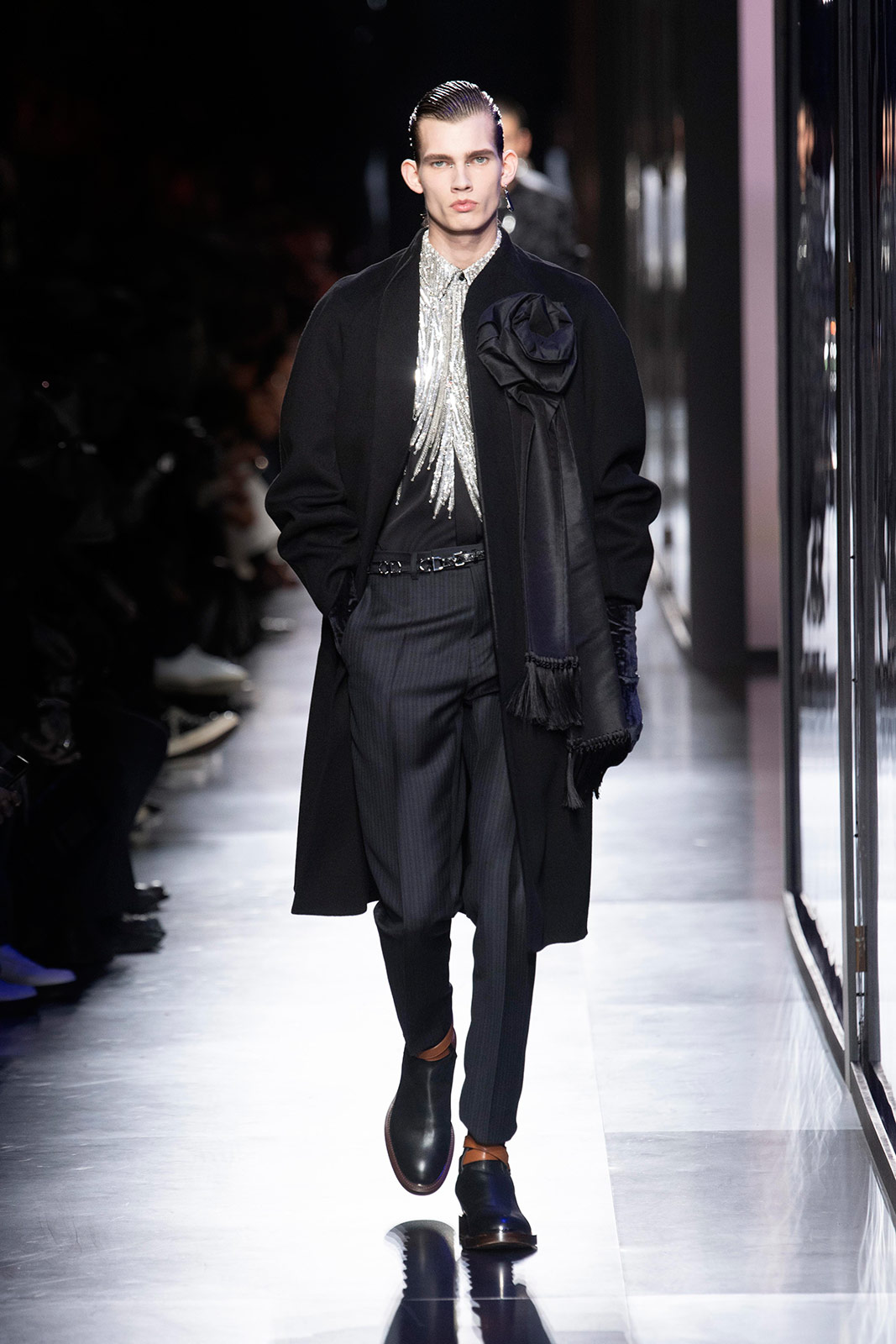 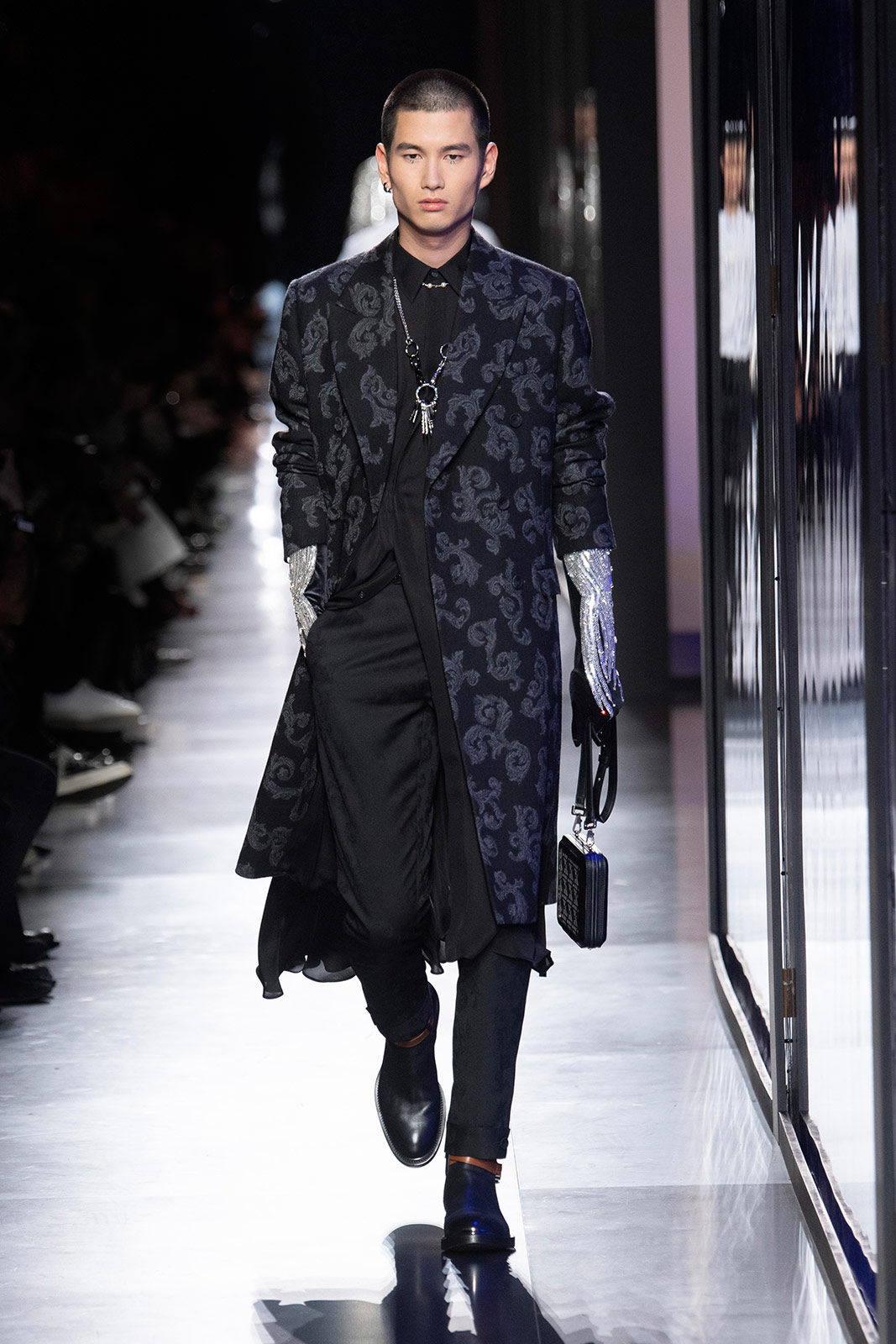 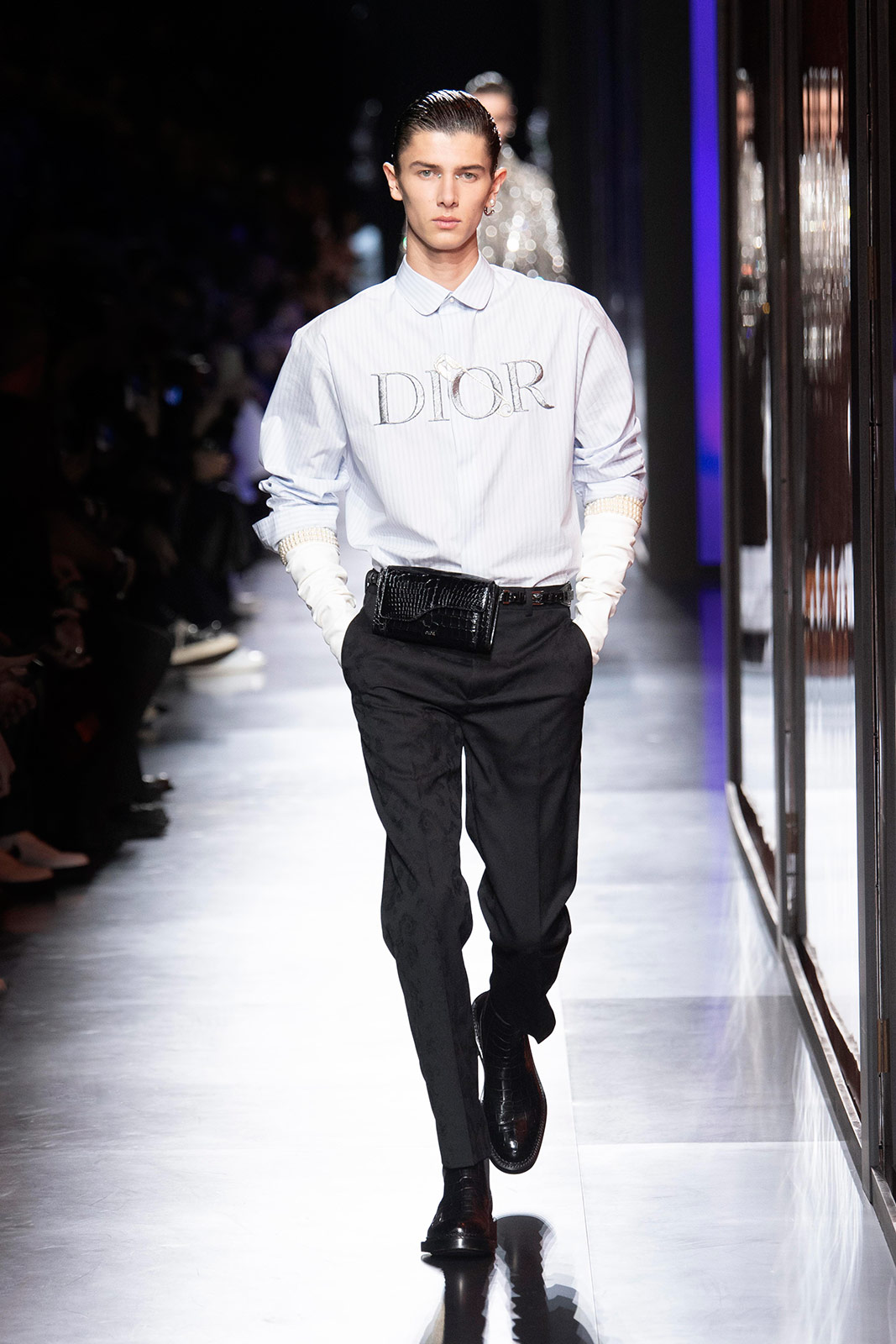 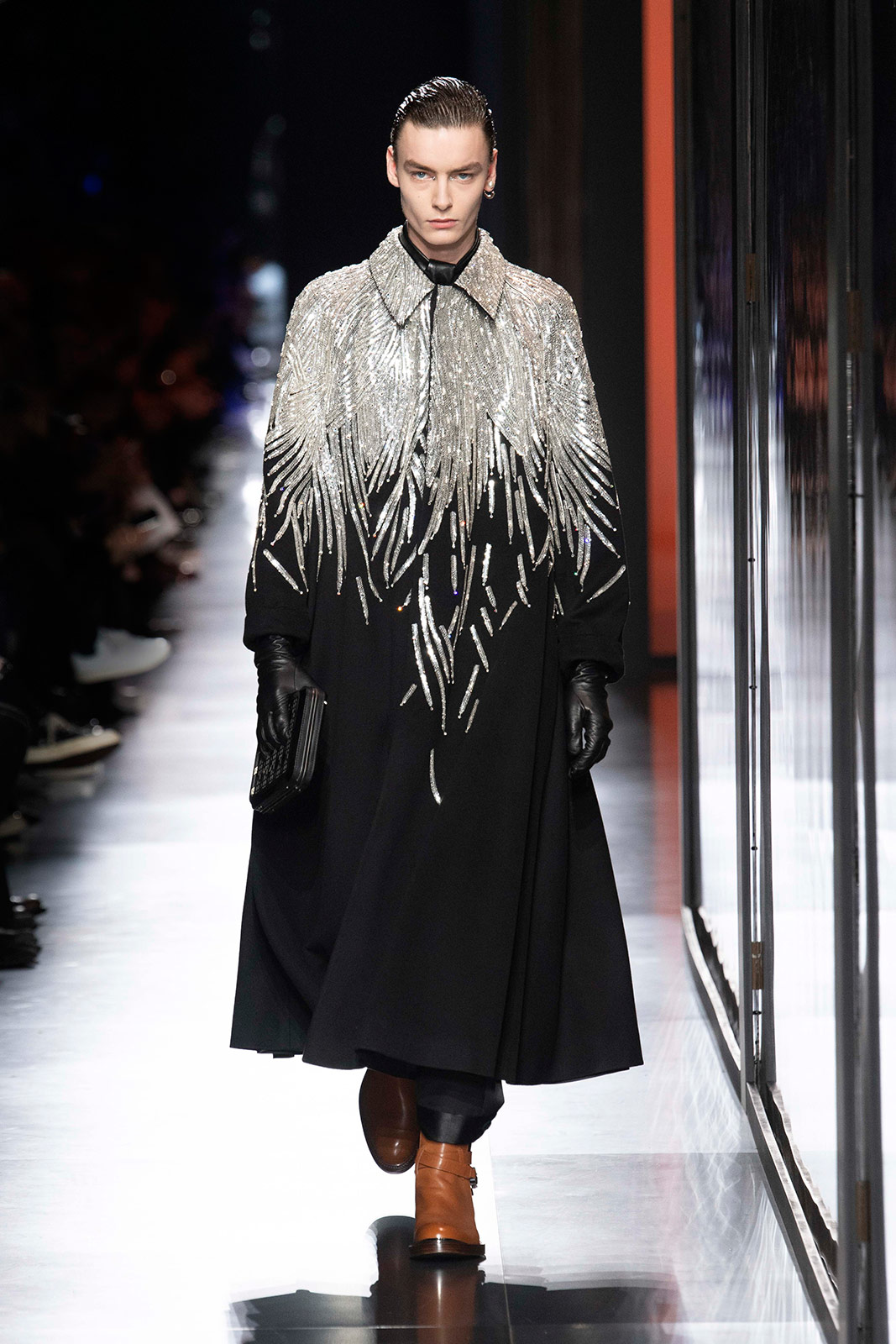