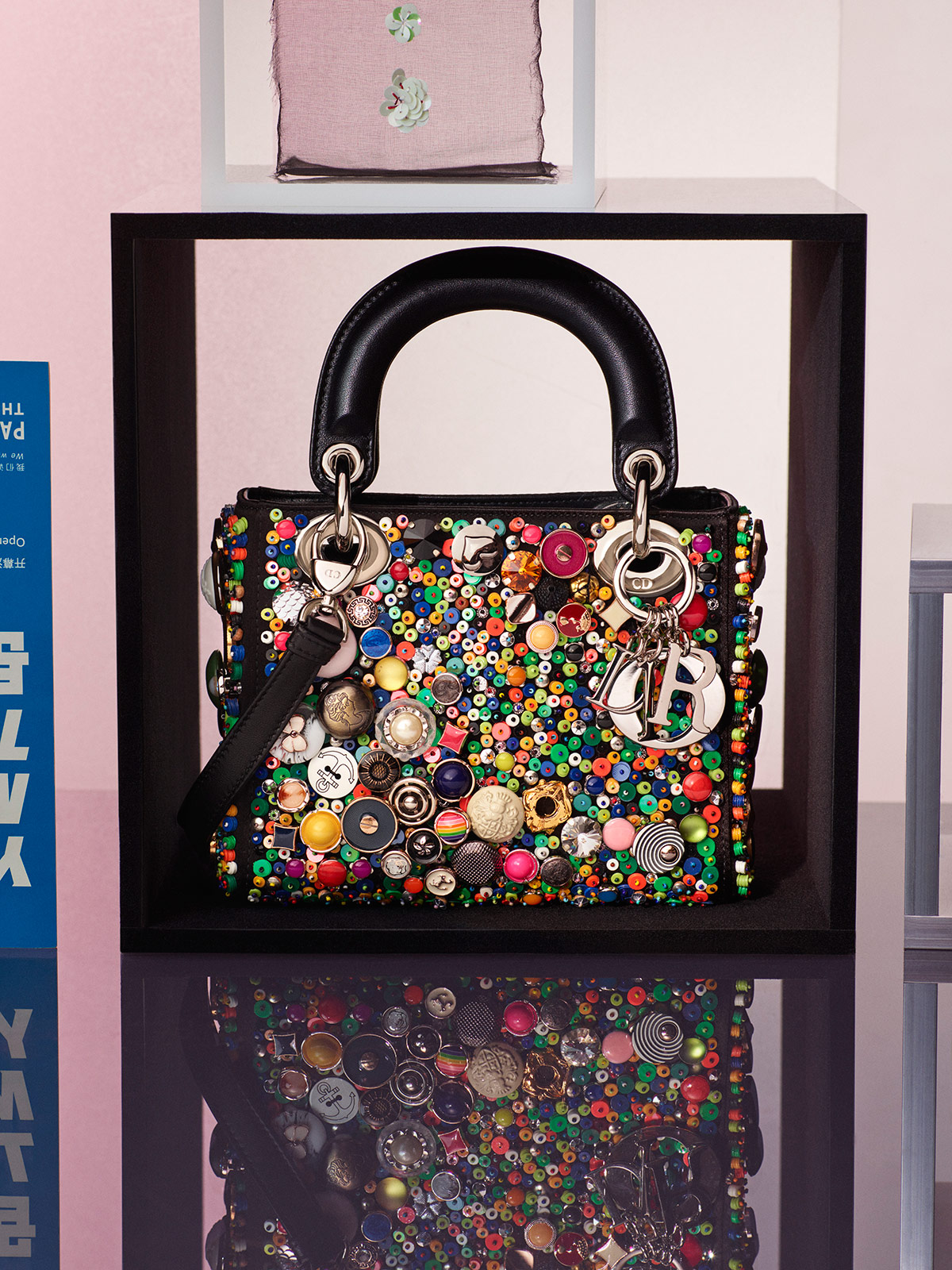 Where is the limit between fashion and art? When does a piece of clothing become an artwork? Nobody has the right answer, and Christian Dior is making it even more difficult. The French maison has invited ten artists from all over the world to re-envision and reinterpret its most iconic piece to date: the Lady Dior bag. Its padded leather cushions, cannage stitching, mirrored facets, and charms have been transformed into wearable pieces of art that will draw everyone’s attention.
The Lady Dior bag was born in 1995 in the ateliers of Christian Dior in Paris, and became a must-have piece only one year later, when Princess Diana fell in love with it and started wearing it constantly – the name of the bag, actually, comes from the British’s nickname Lady Di. Last year, Dior already invited a handful of American and British artists to add their personal touch to it, and after the huge success, they’ve decided to go bigger this time. For this new collaboration, the brand has handpicked ten artists of different ages and backgrounds to do the same: create an artwork out of a handbag.

Betty Mariani, David Wiseman, Friedrich Kunath, Hong Hao, Jack Pierson, Jamila Okubo, John Giorno, Lee Bul, Namsa Leuba and Spencer Sweeney are the lucky ones who’ve been given ‘carte blanche’ to do whatever they wanted with the bag. The results? As varied as their personalities. For example, John Giorno – the American artist who was a friend of Warhol, Borroughs and Rothko – has used two emblematic verses of his: “You got to burn to shine” and “We gave a party for the gods and the gods al came”.

But there are other very interesting proposals from emerging artists. For example, Swiss-Guinean photographer Namsa Leuba – who investigates how Africa is seen in the west through documentary film, performance art, and fashion – has done a very intricate work mixing hand-stitched mink fur, small pearls, and fine fabric that has resulted in two different models. Also, Jamilla Okubo – a twenty-four-year-old recently graduated from Parsons School of Design in New York – has done two small-sized and one medium-sized bags that combine her Kenyan heritage, a highly complex level of technology, and Dior’s savoir faire. But of course, since fashion and art are subjective, you’ll have to see all the models there are to see which ones are your favourites. But be warned: you’ll fall in love with too many. 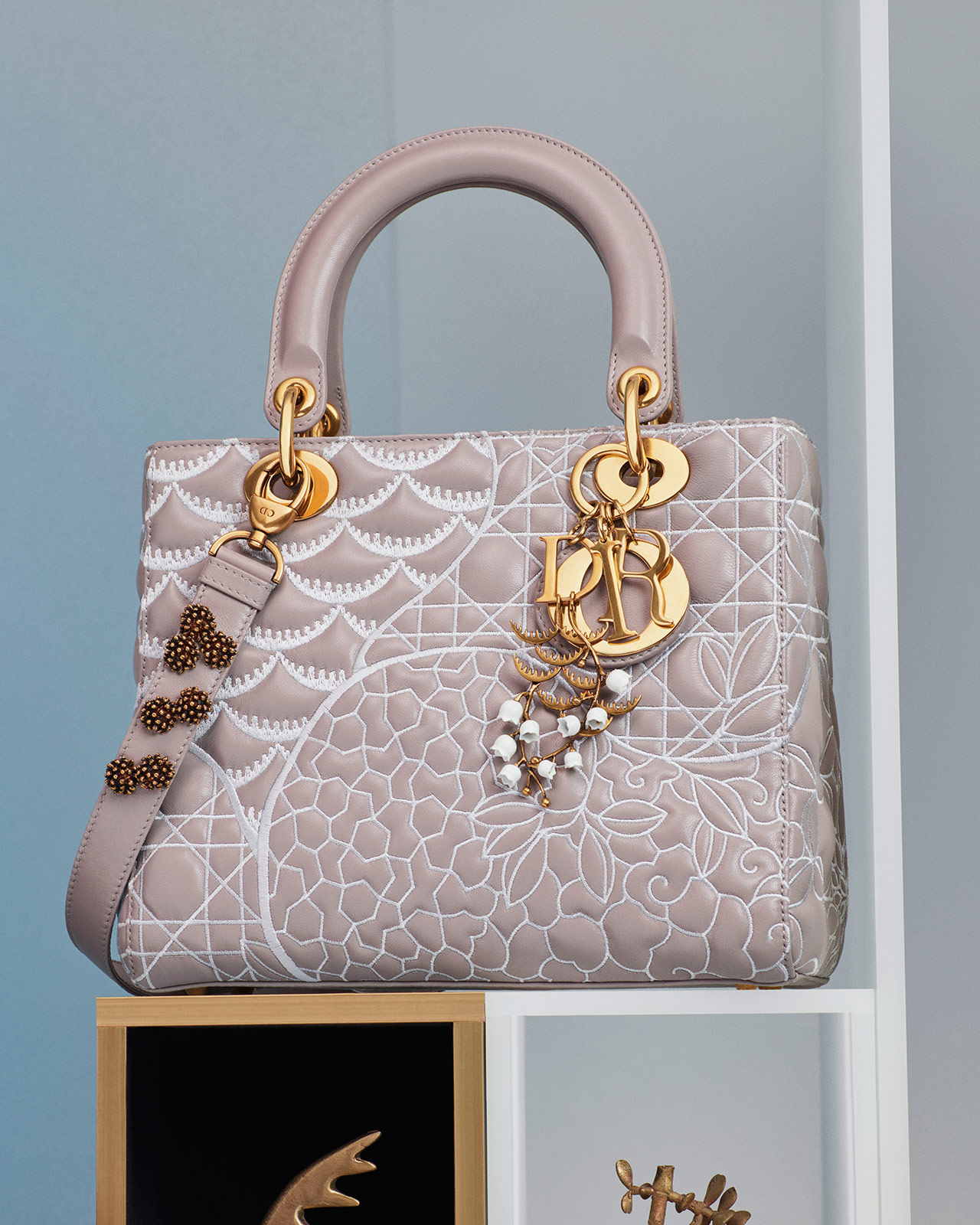 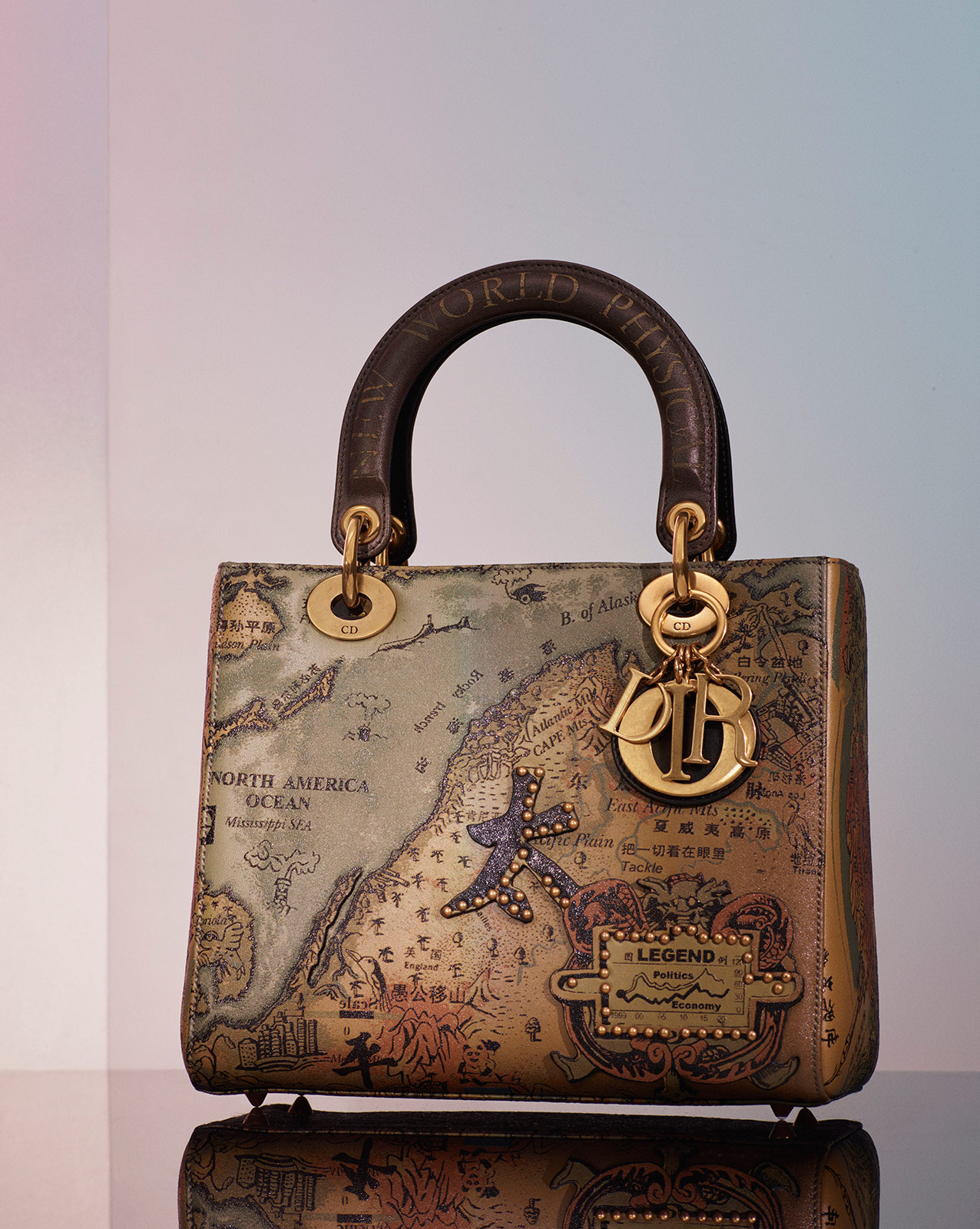 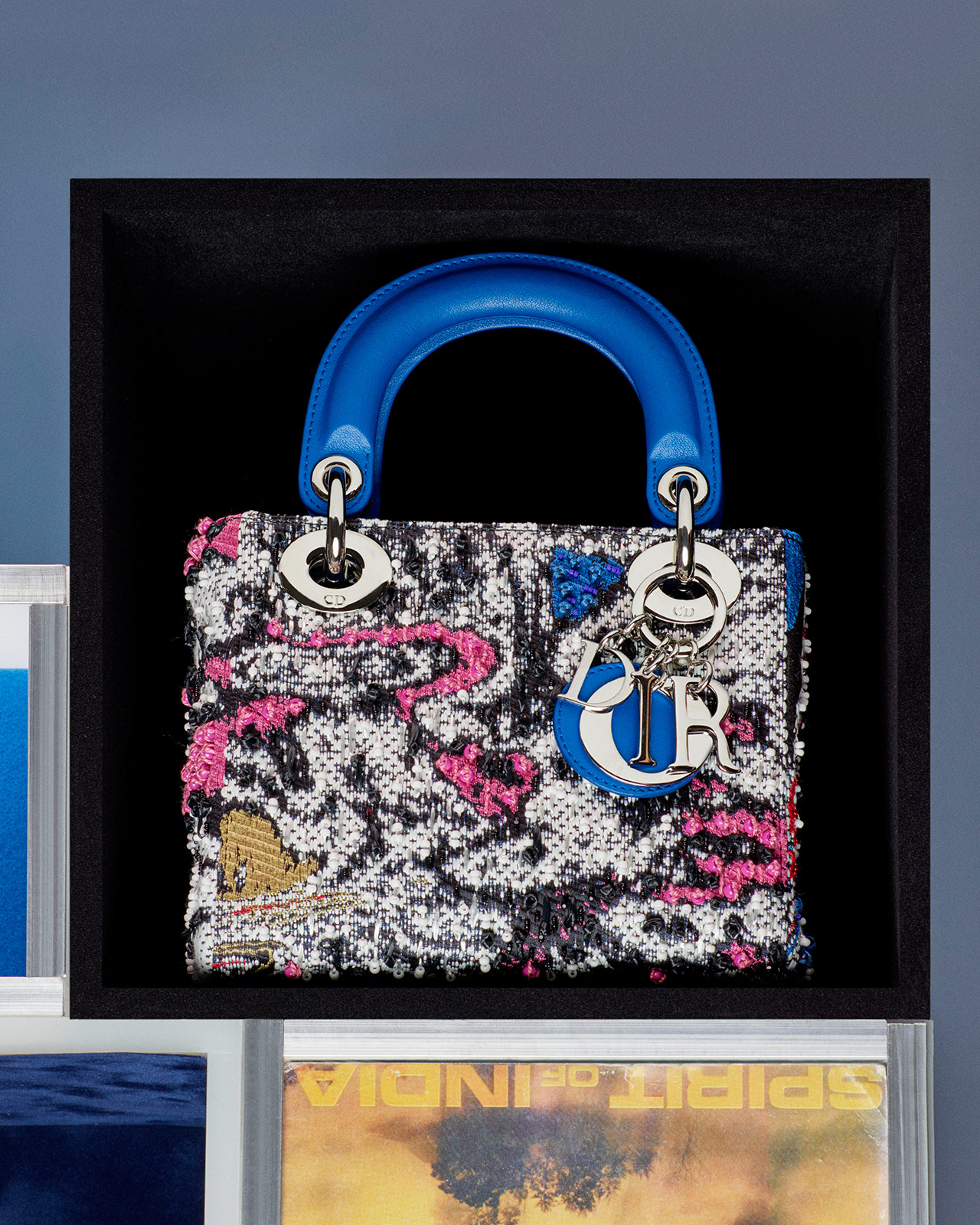 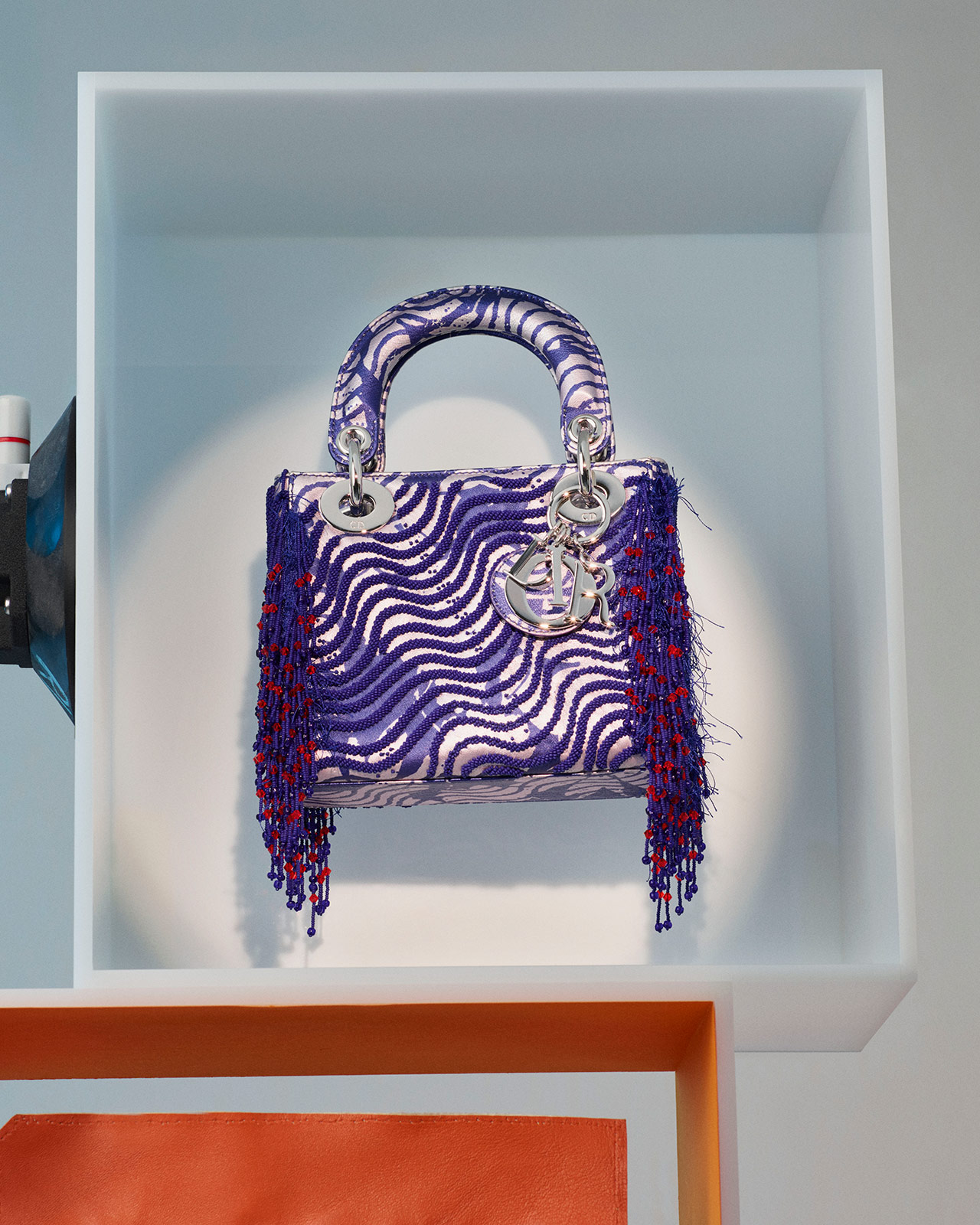 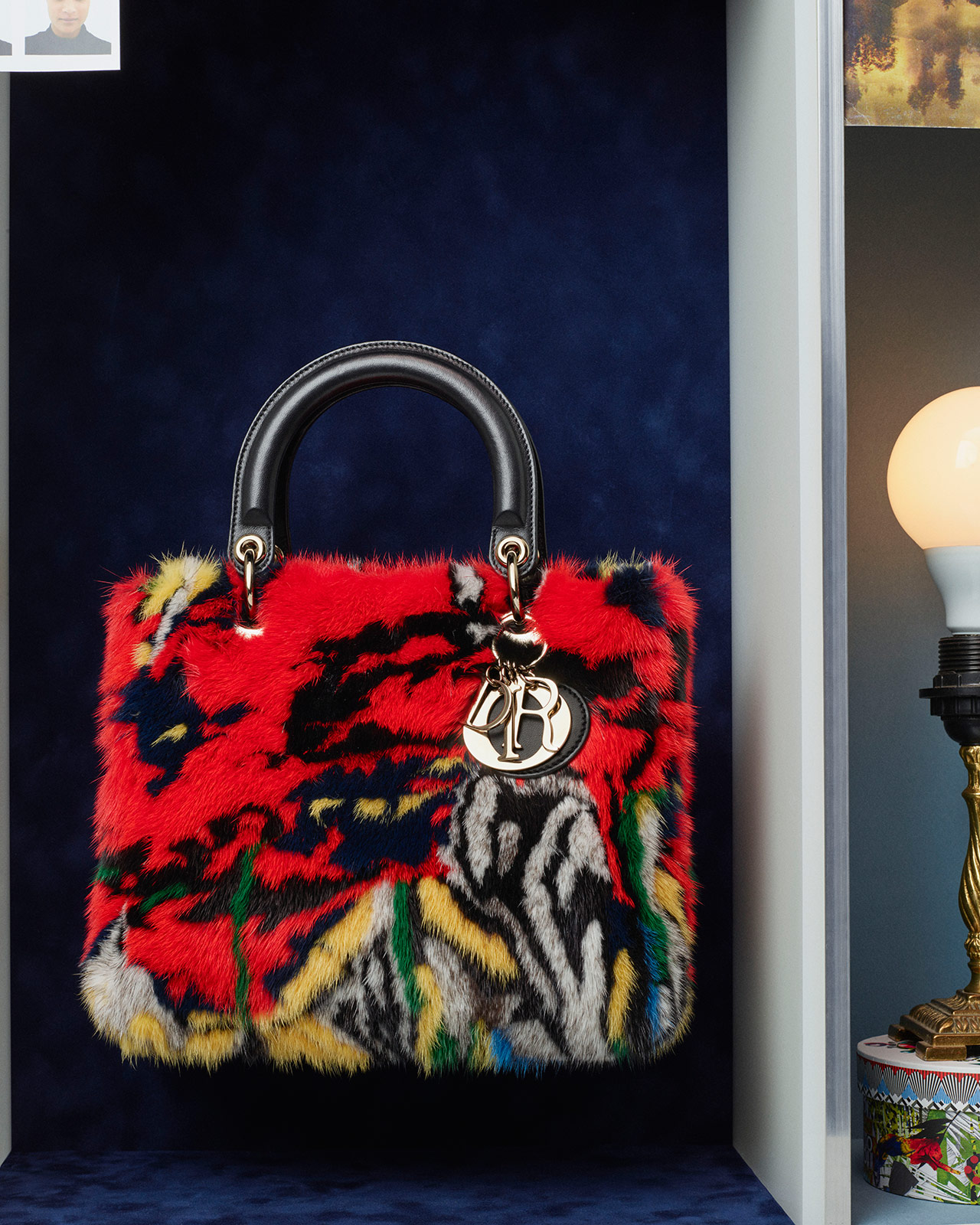 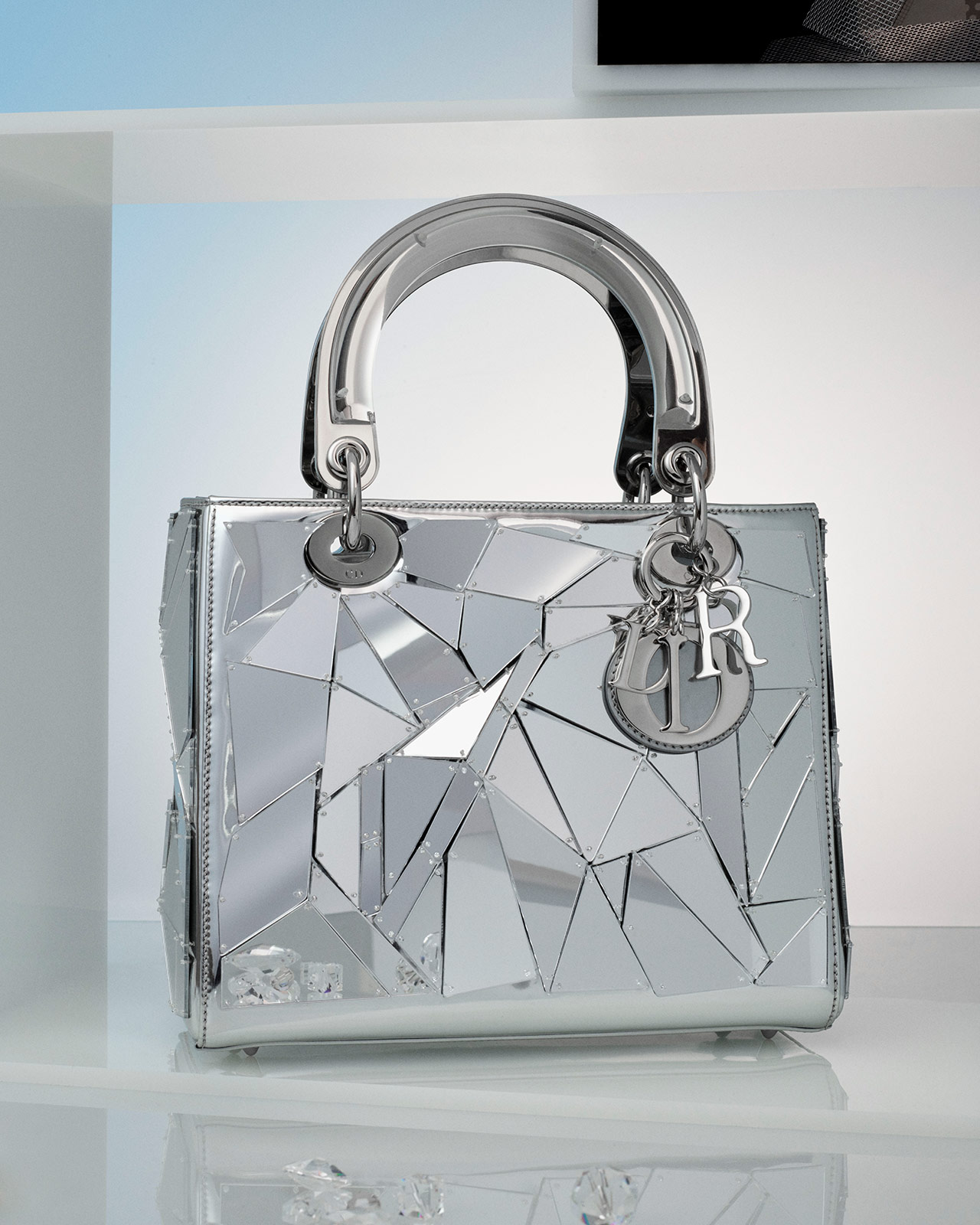 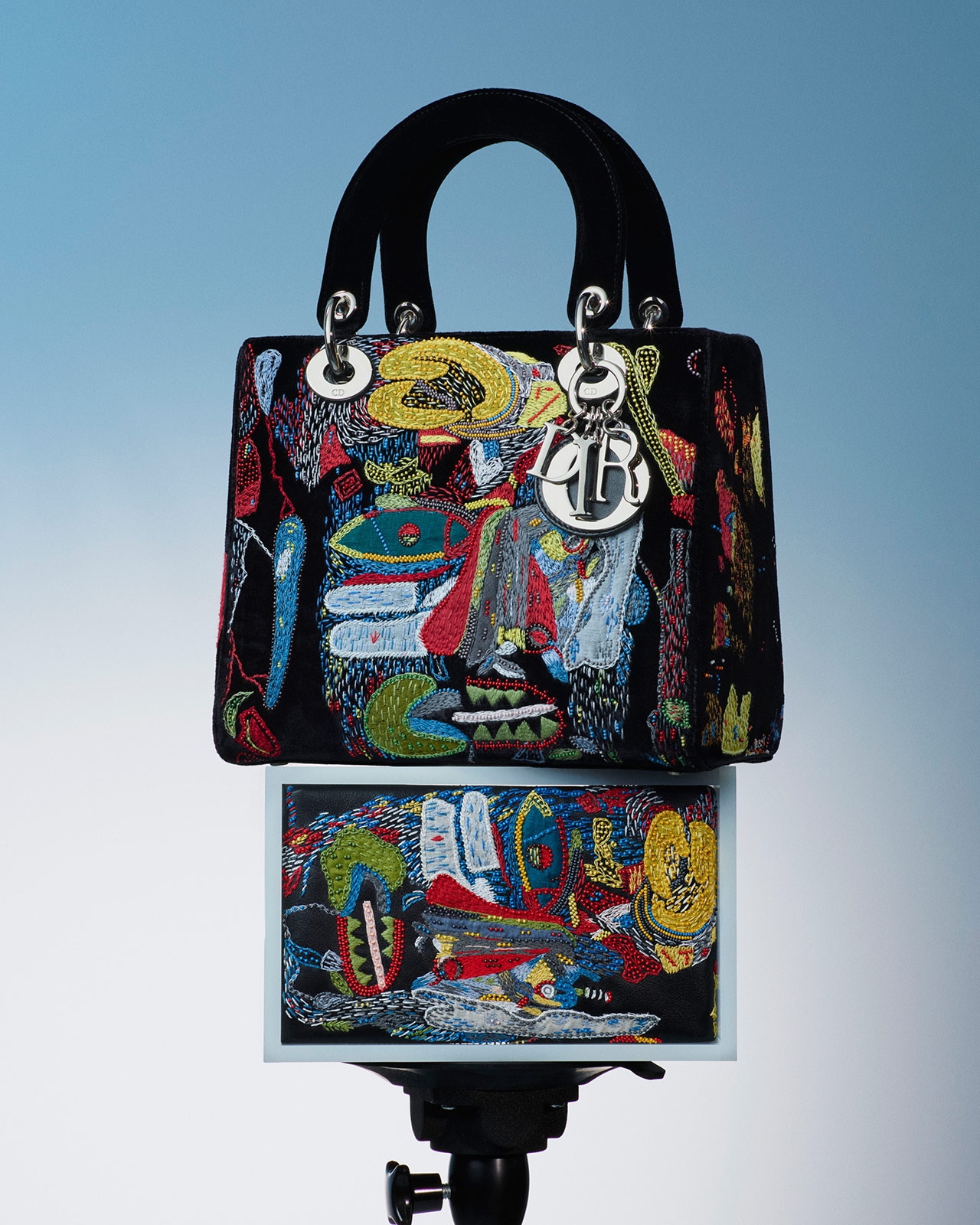 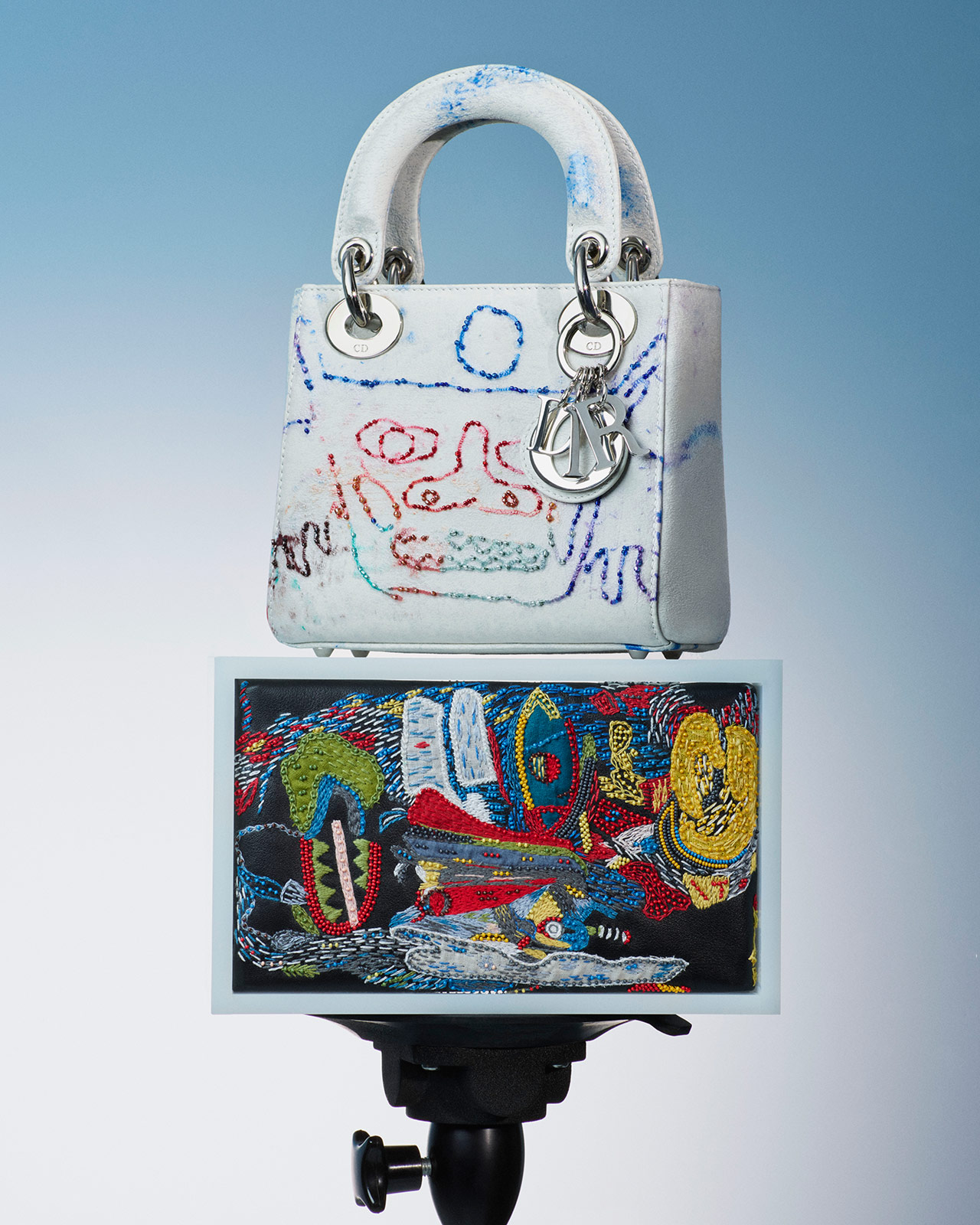